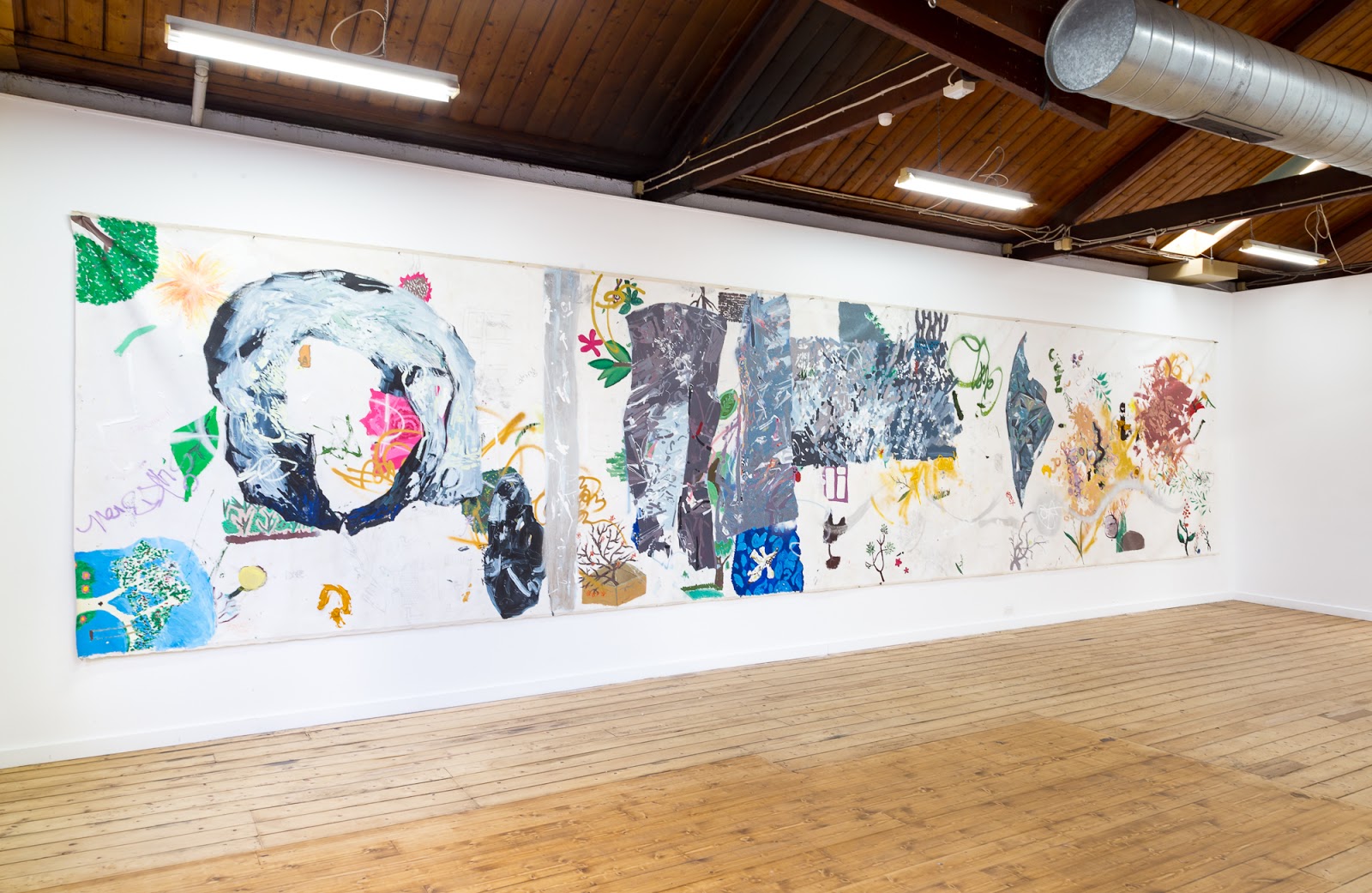 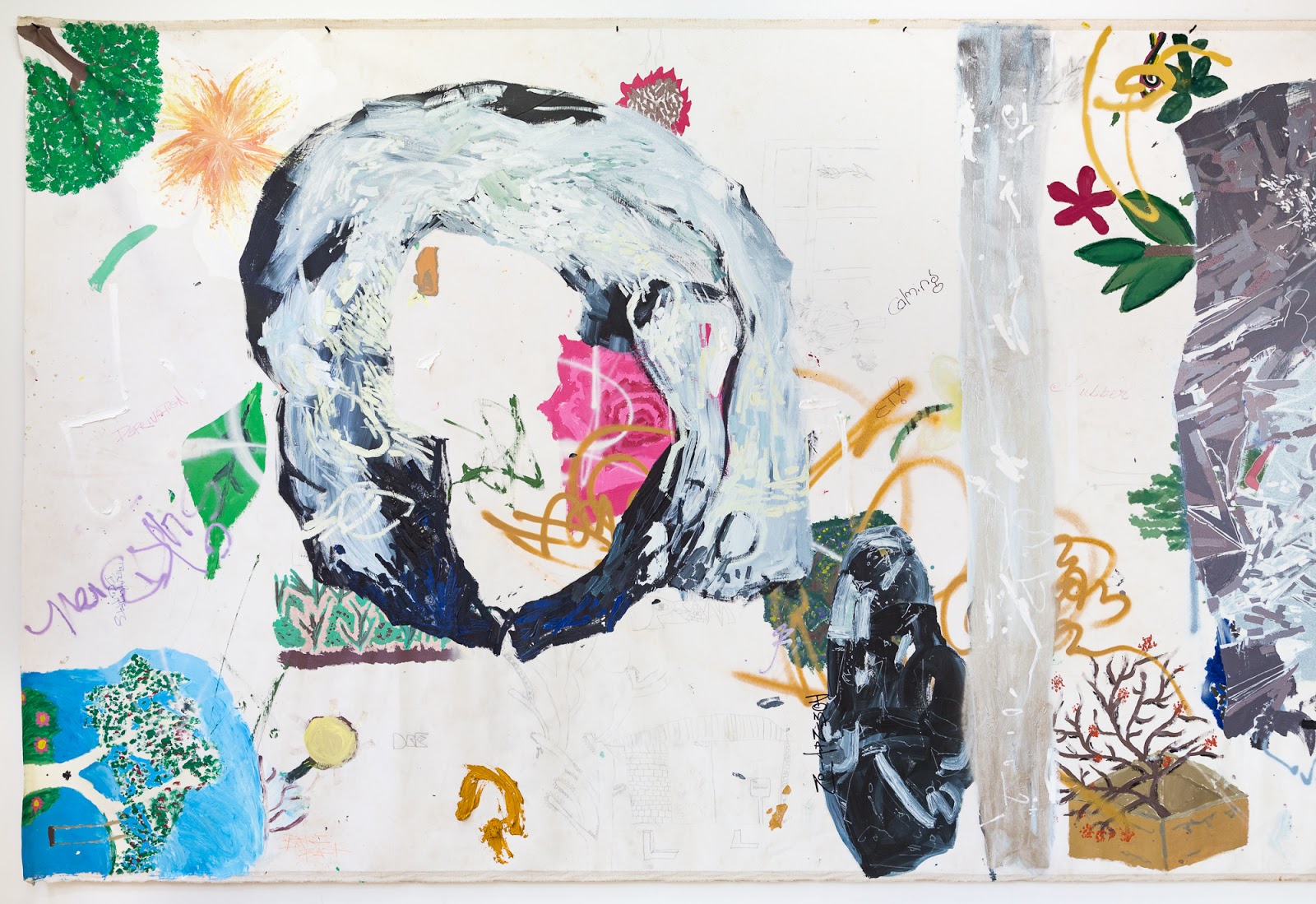 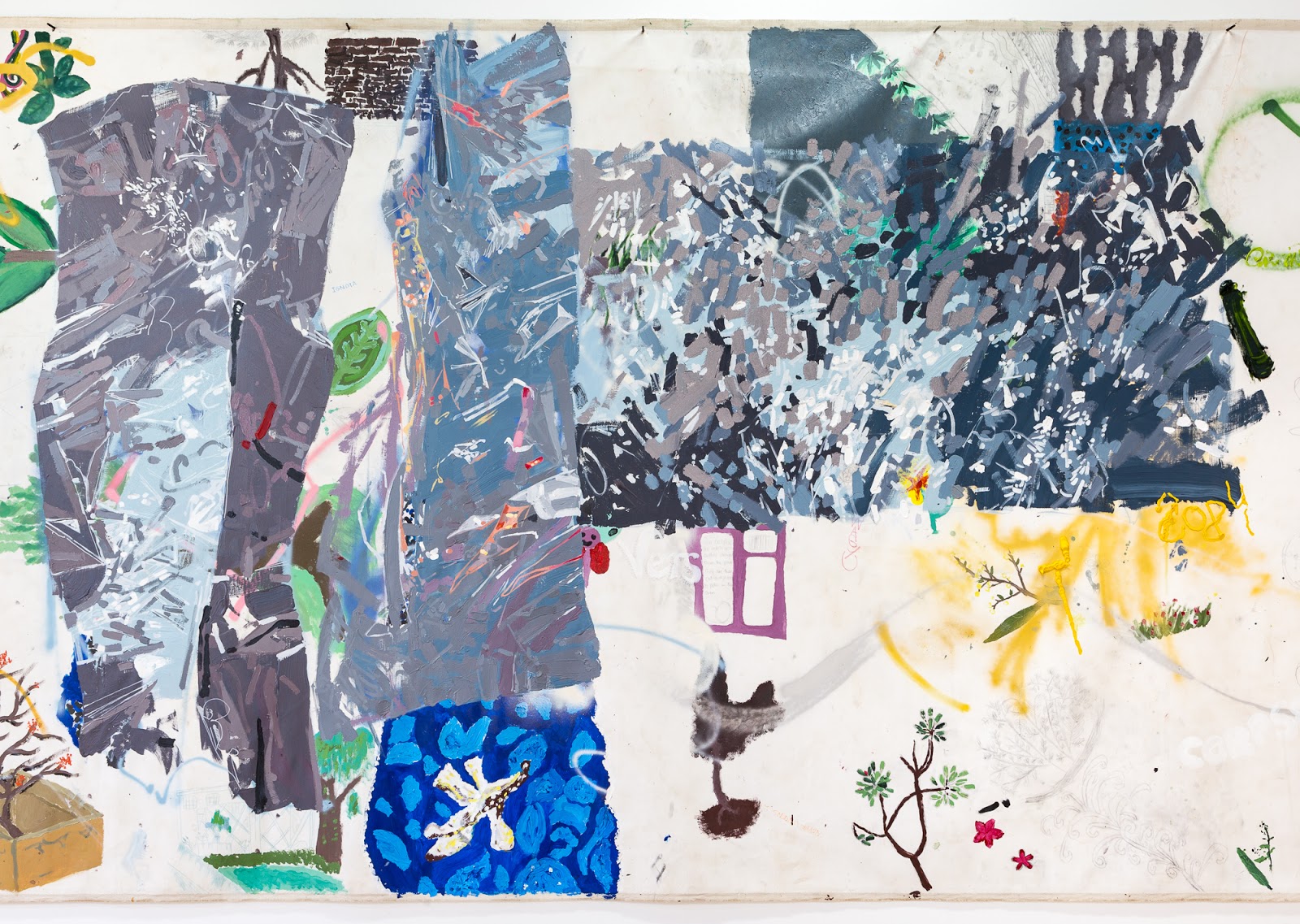 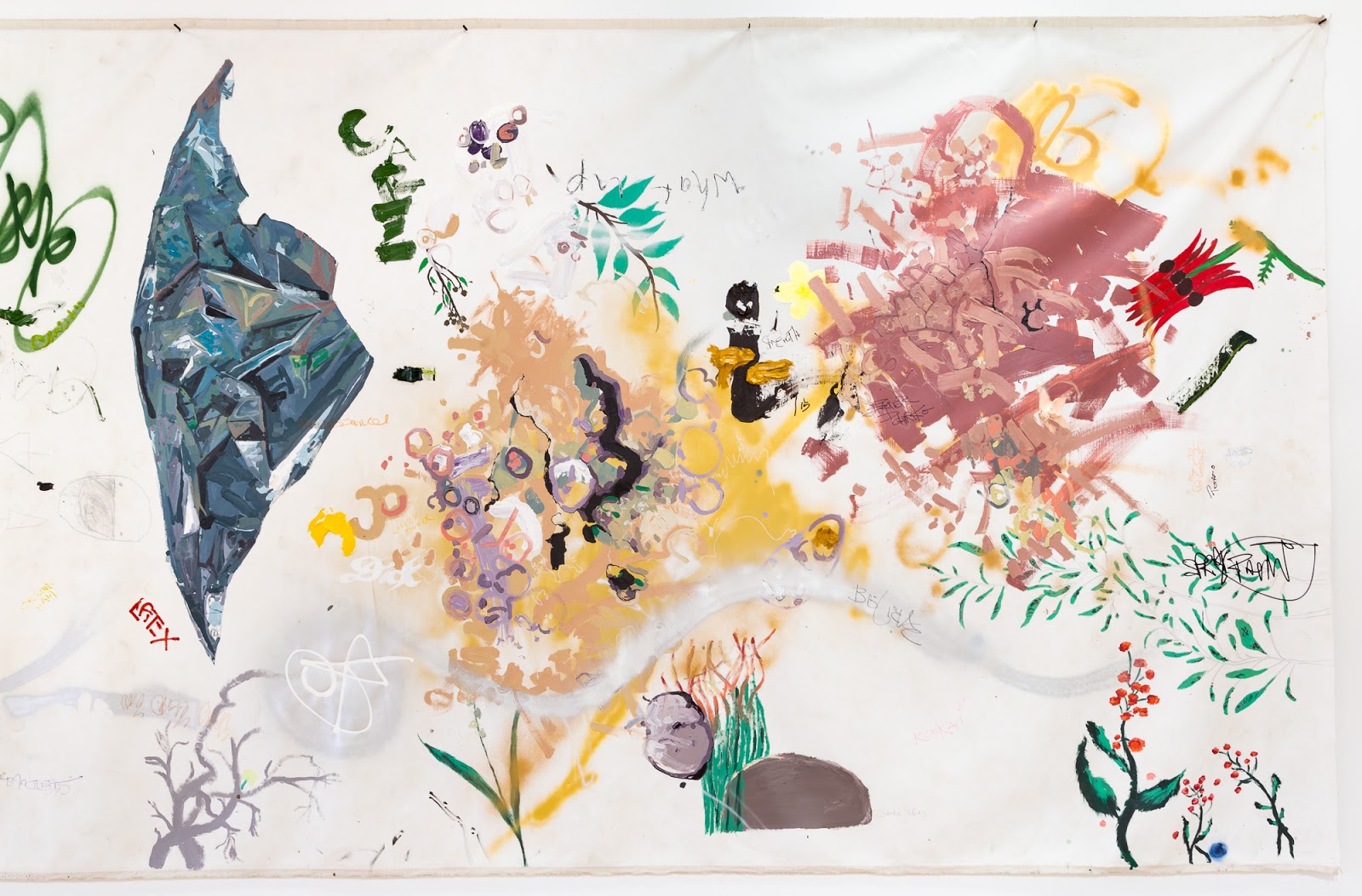 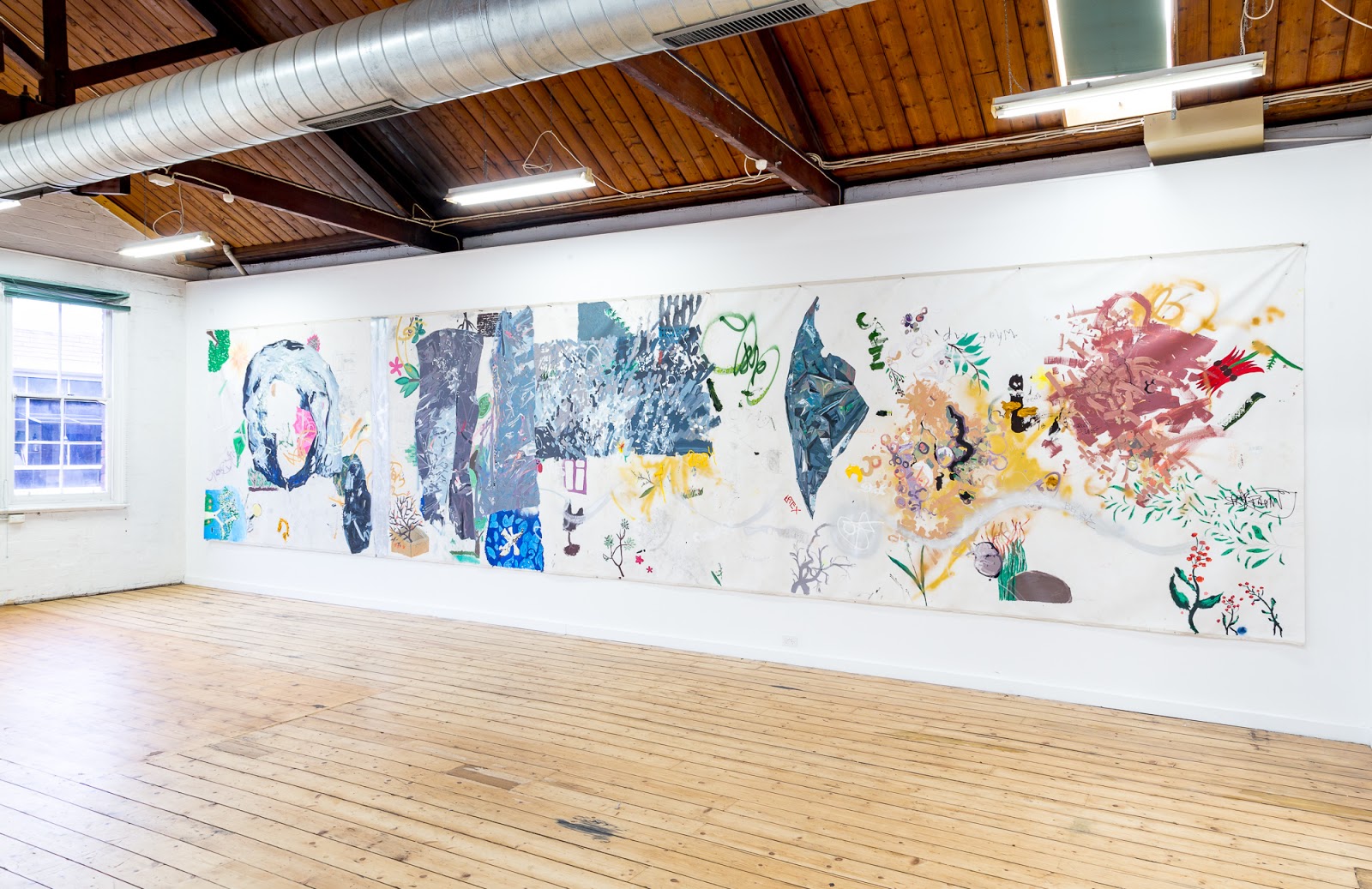 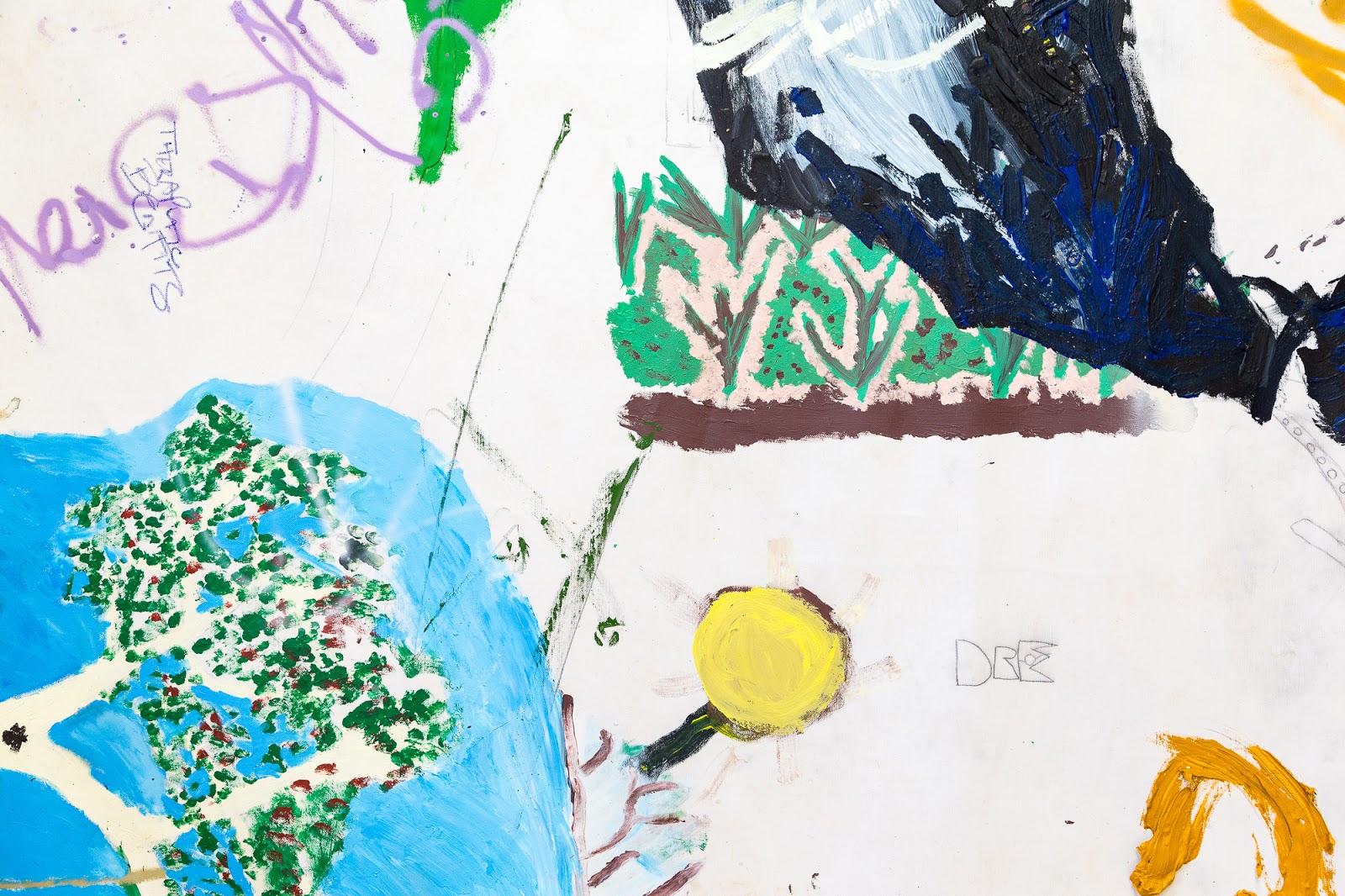 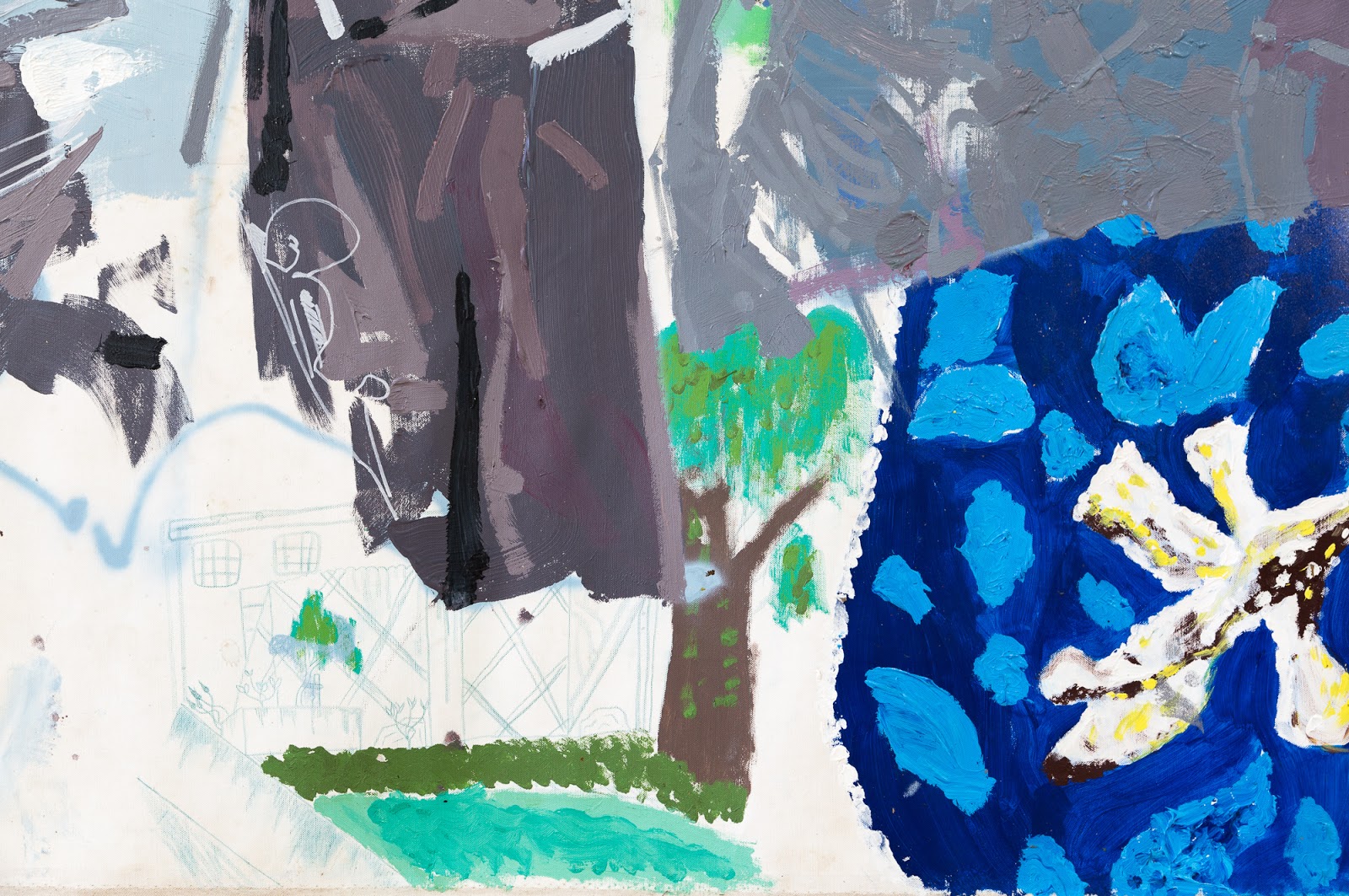 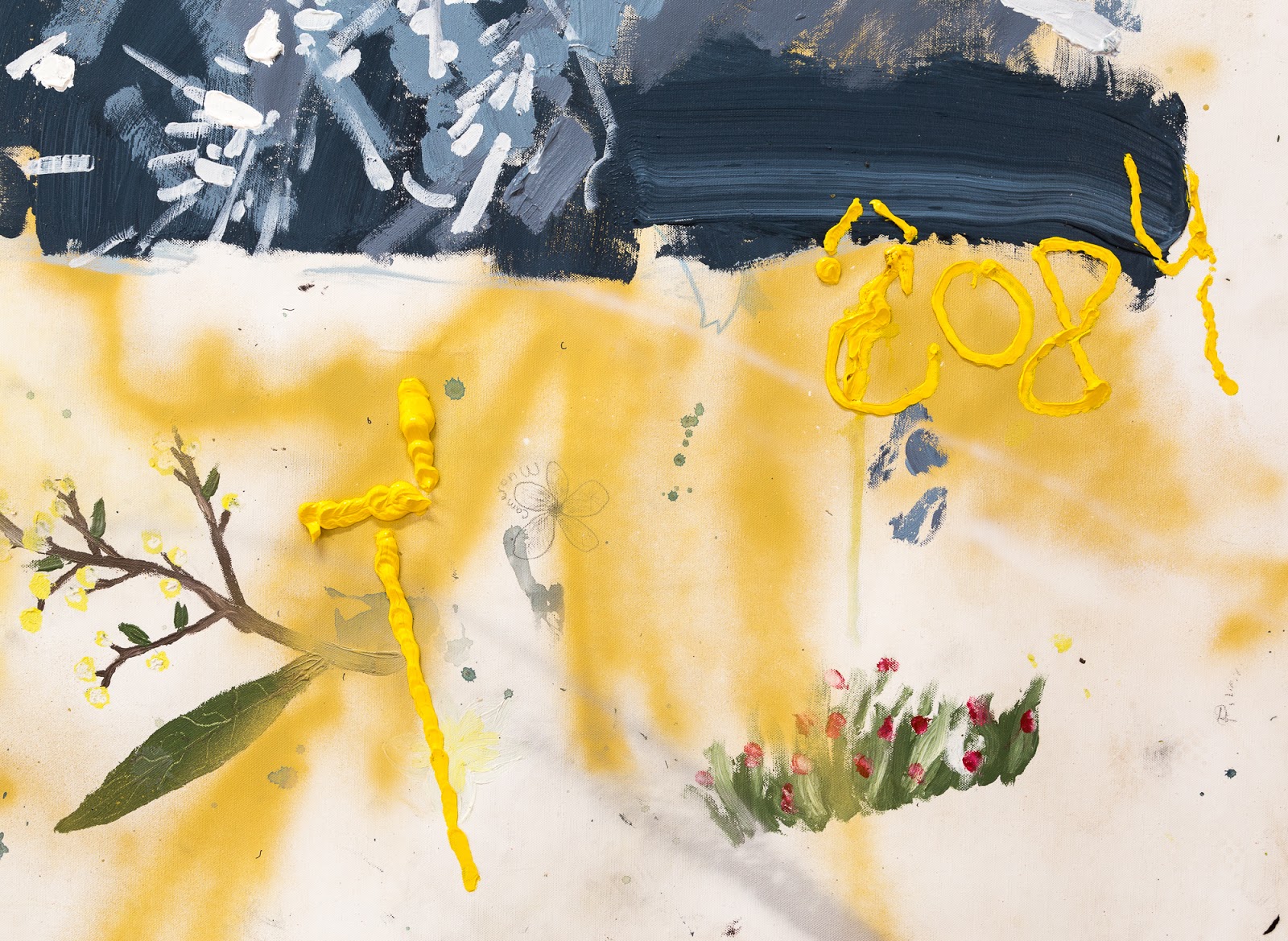 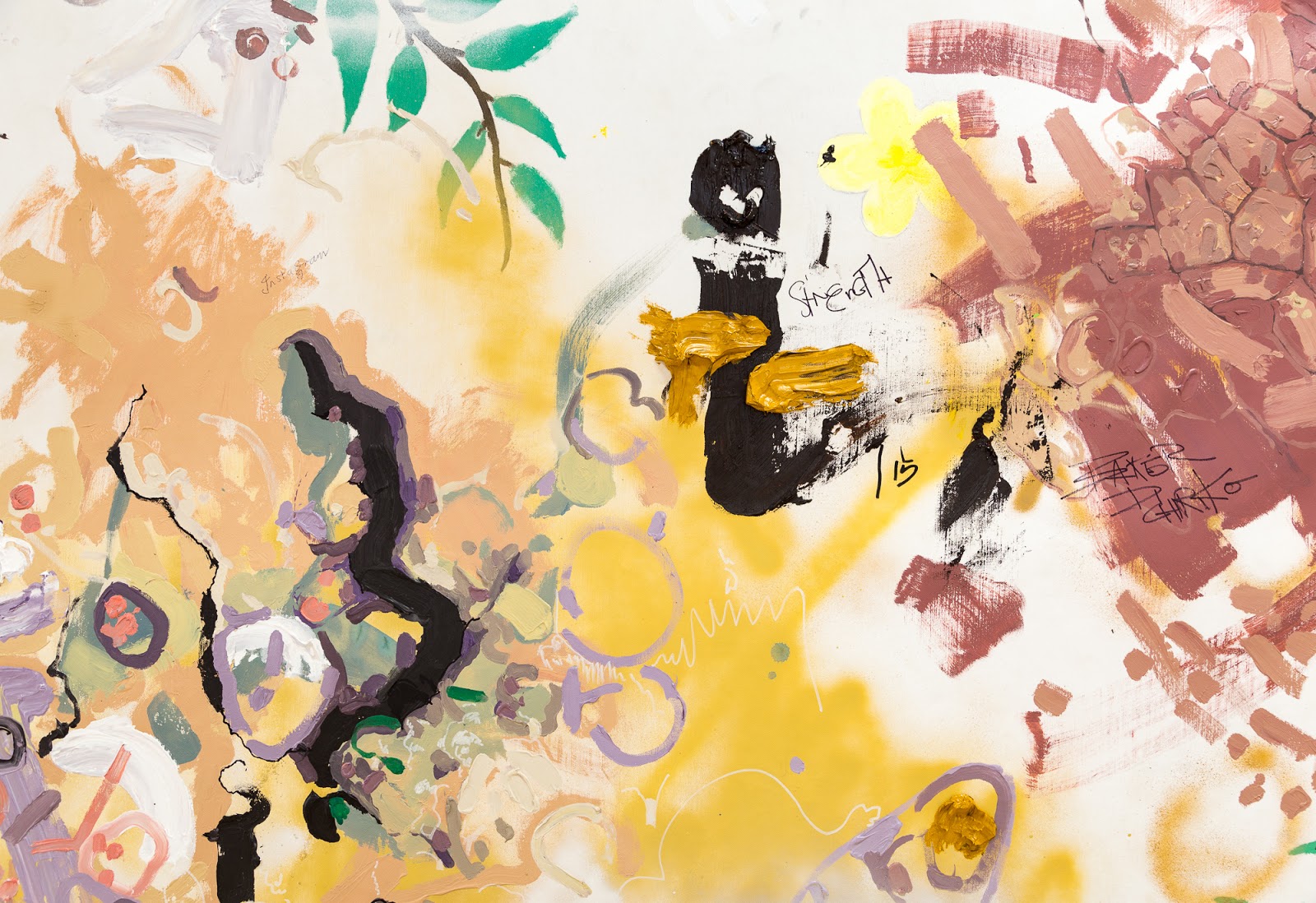 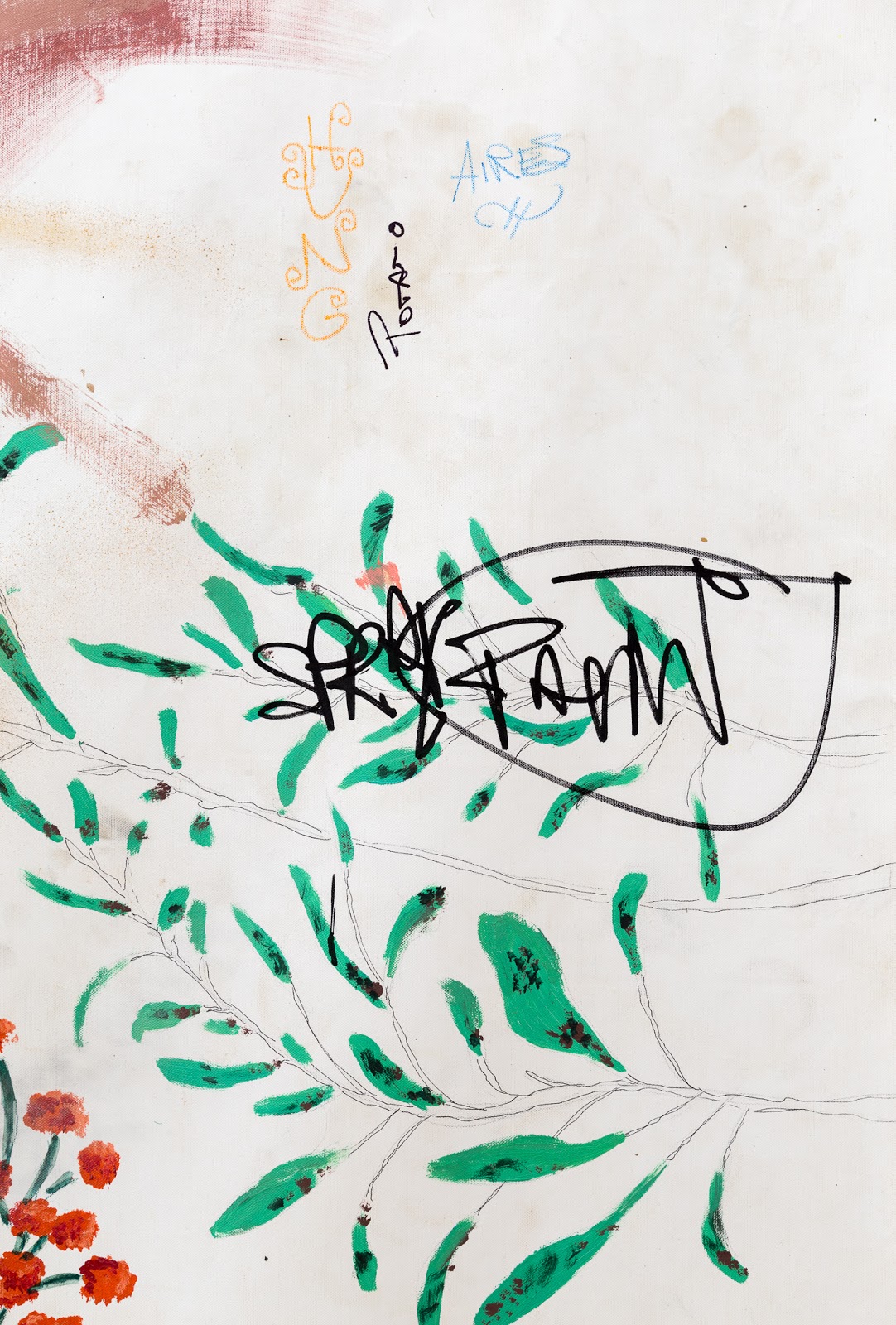 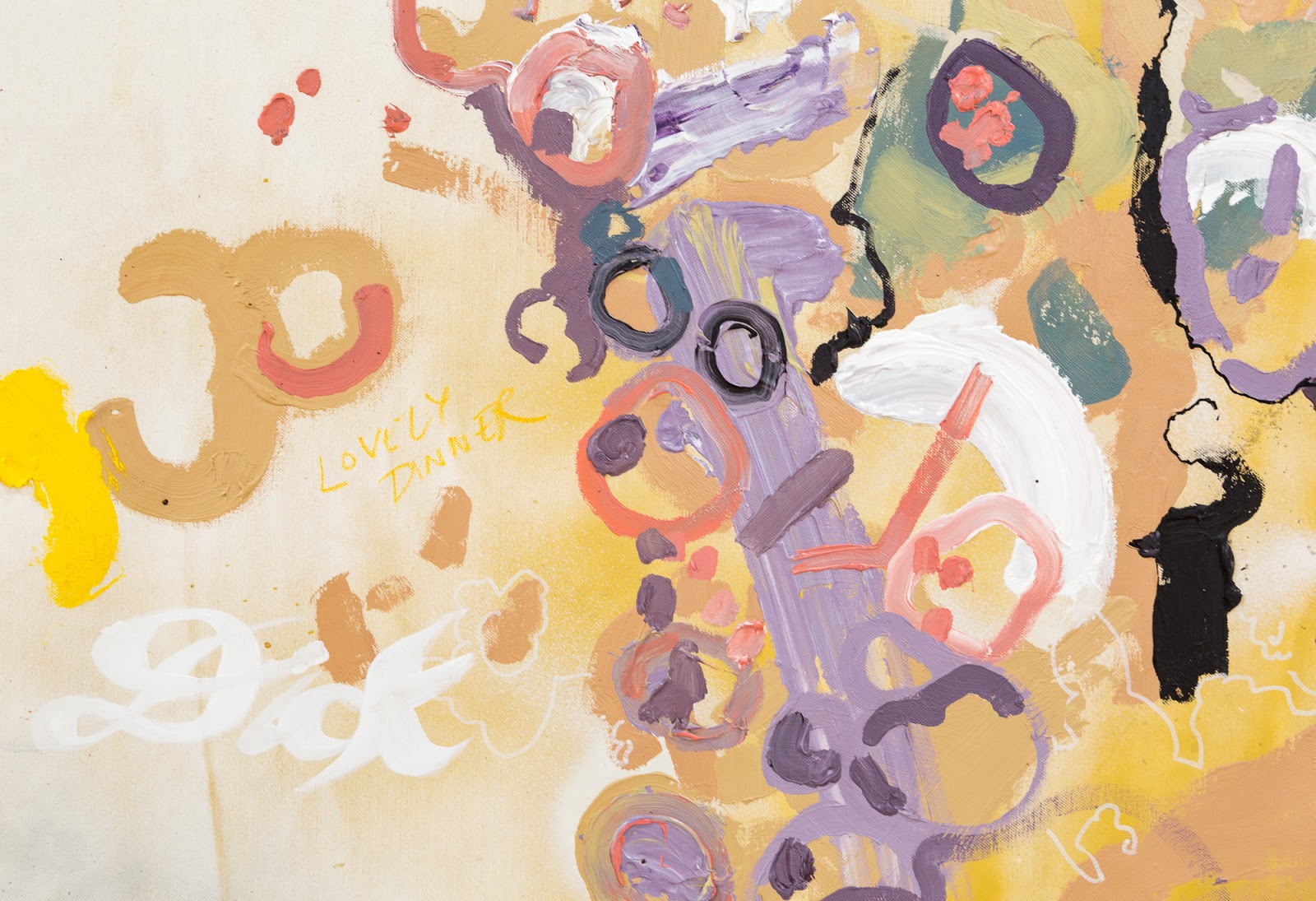 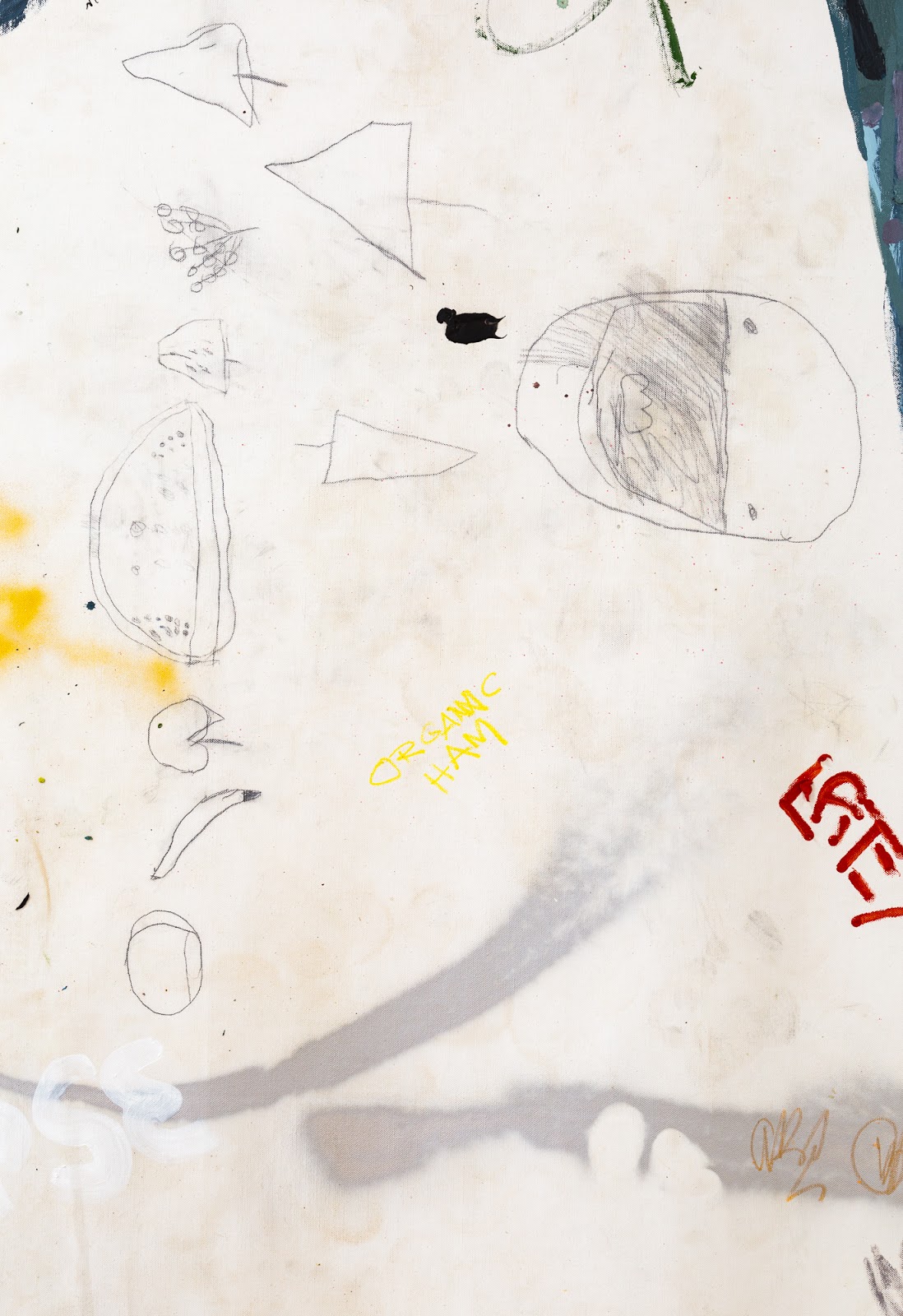 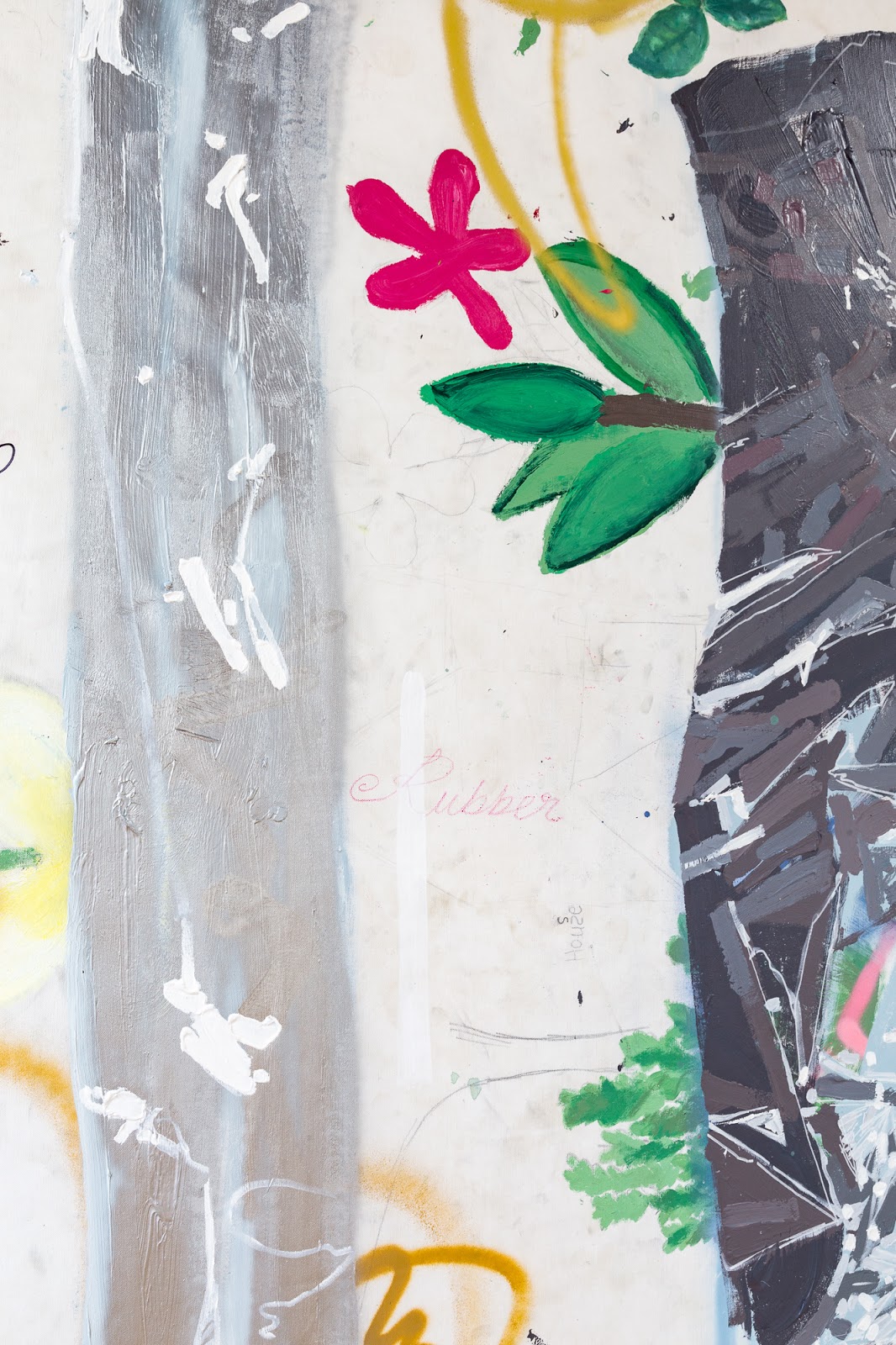 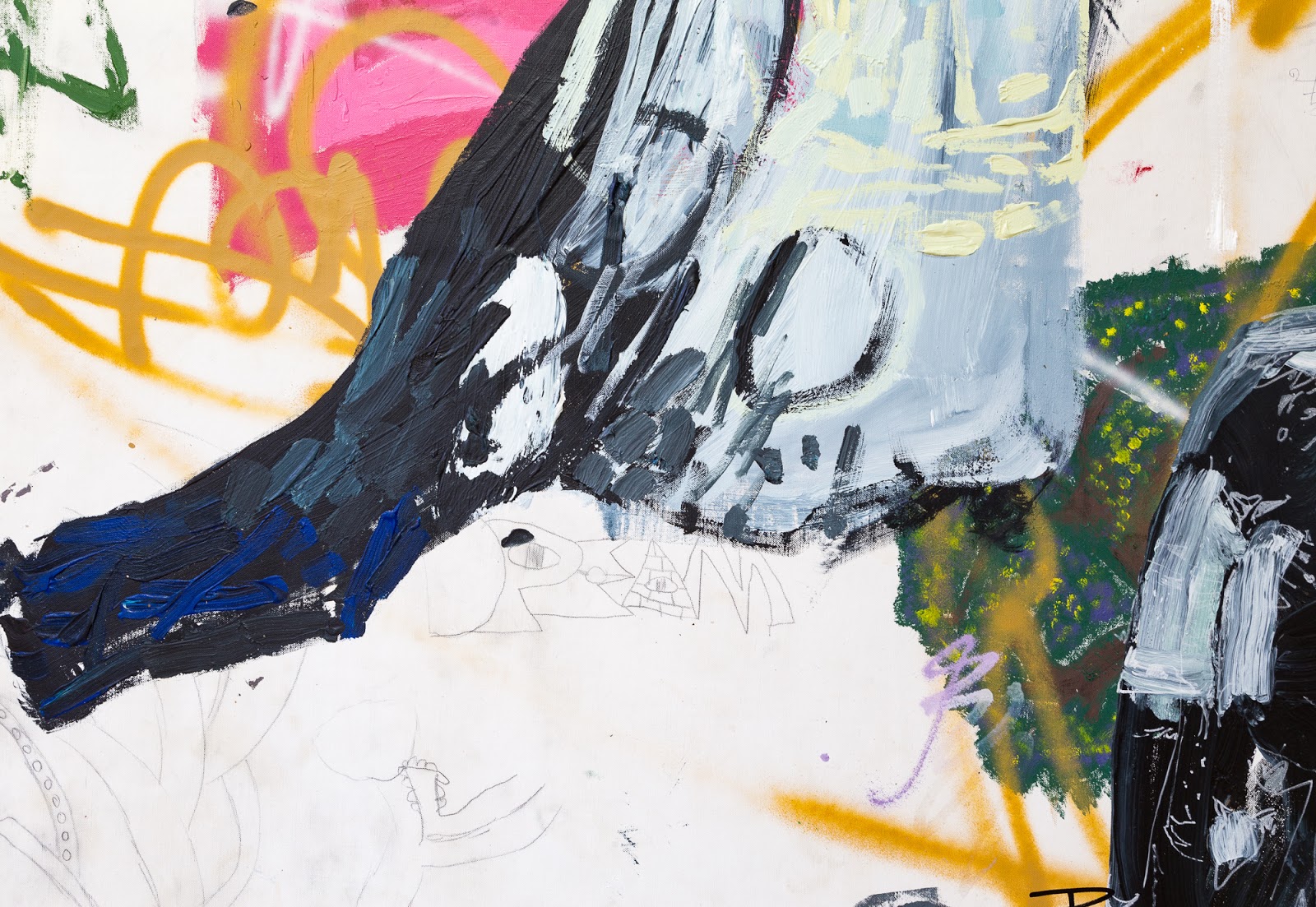 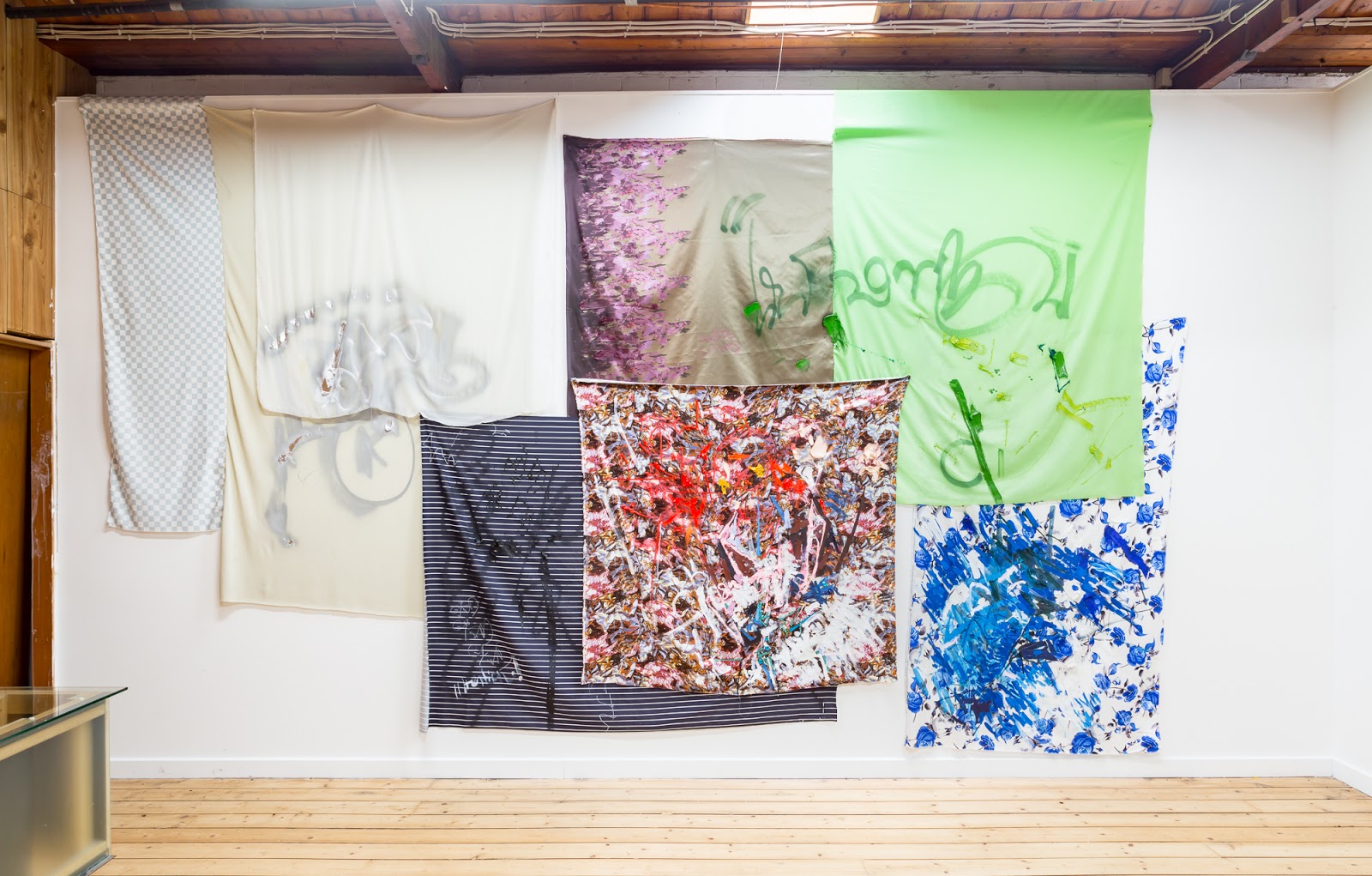 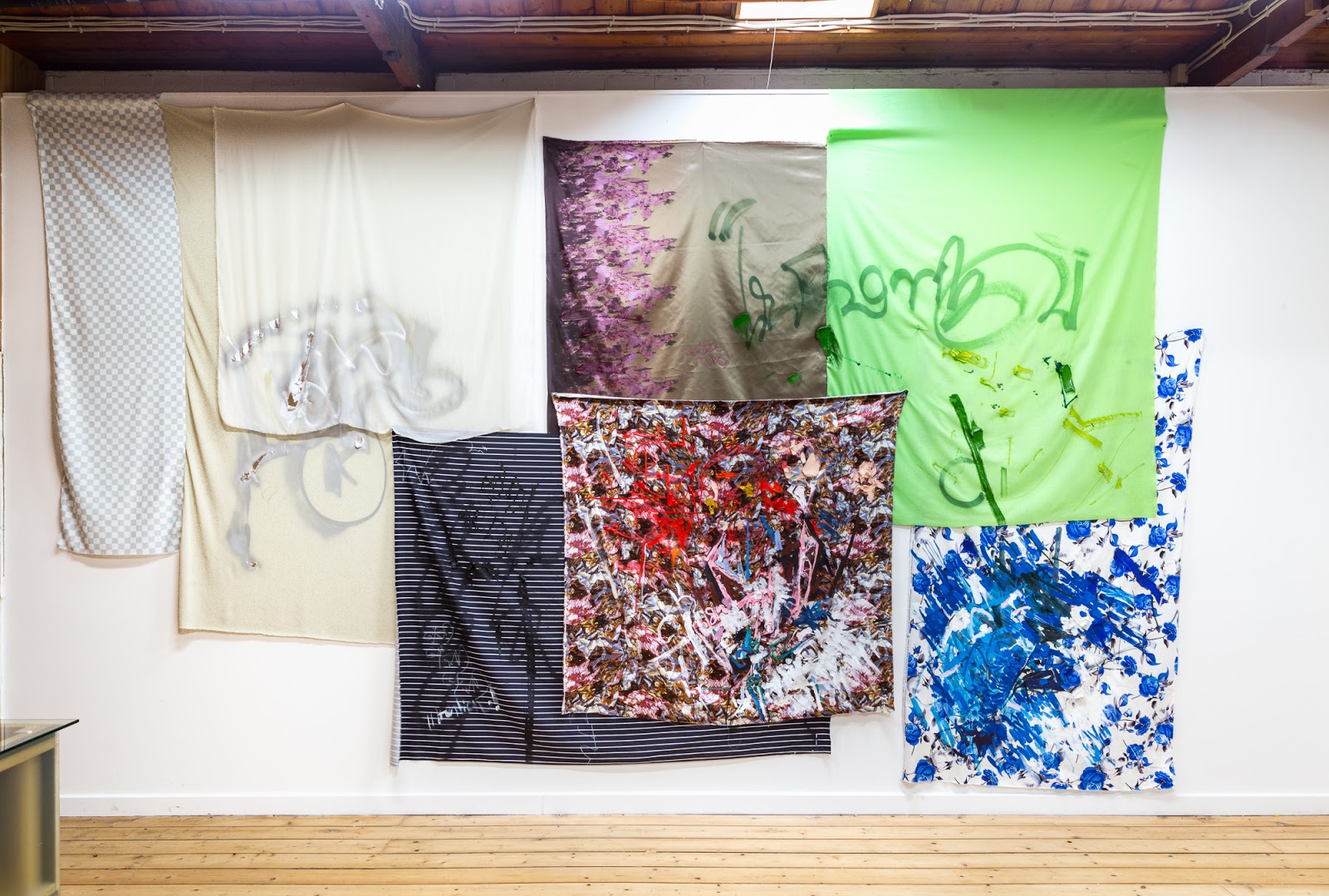 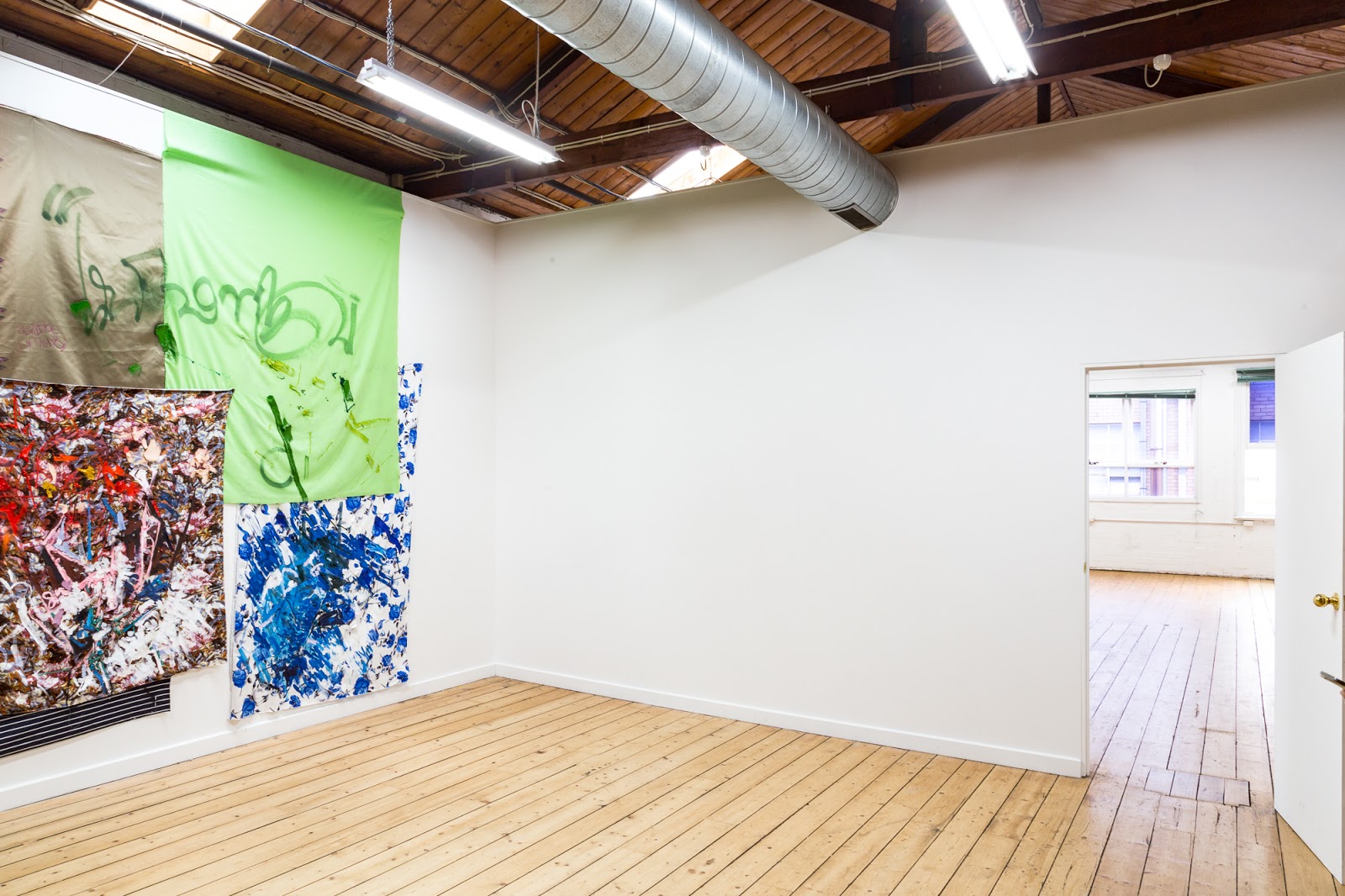 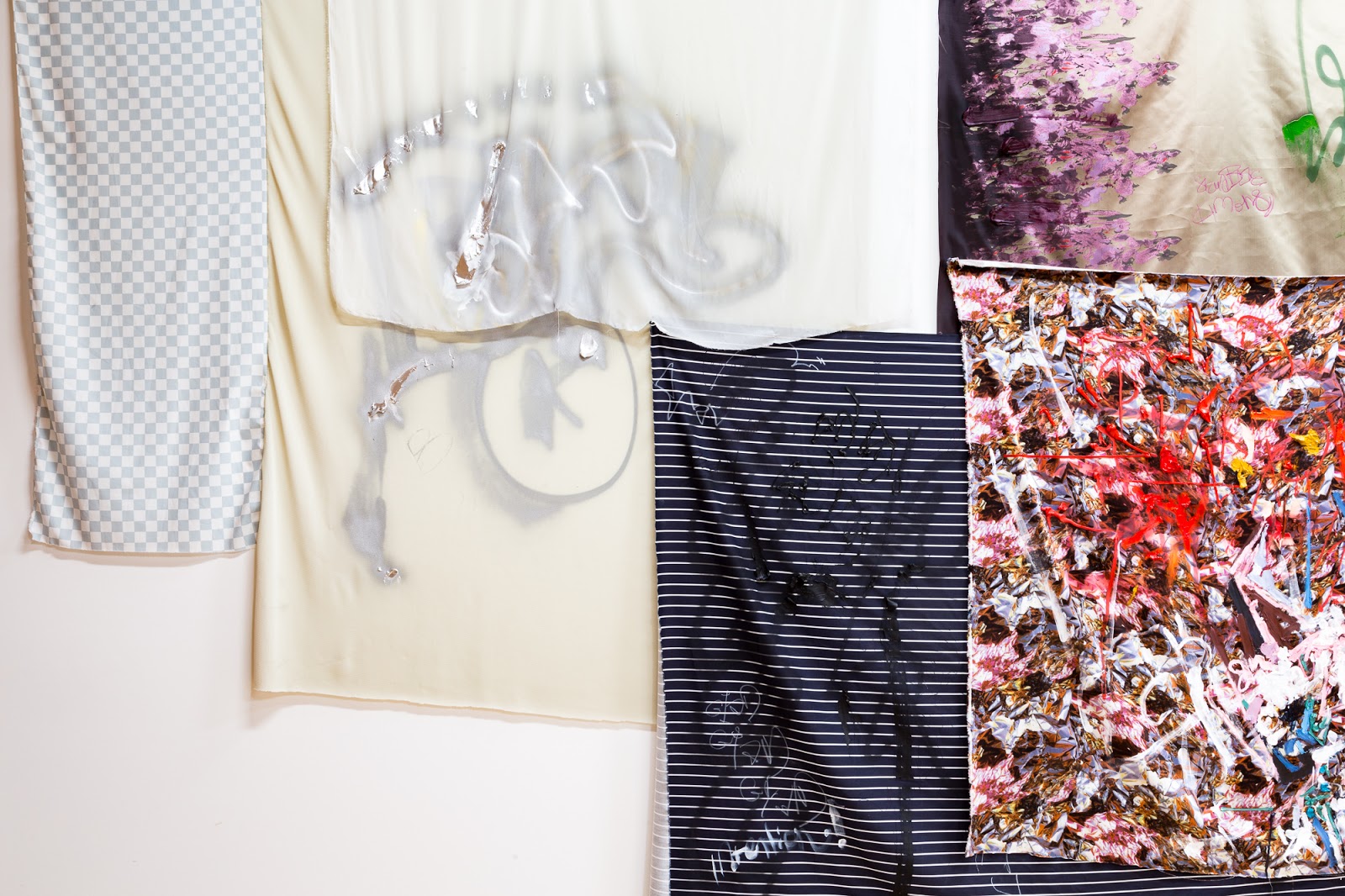 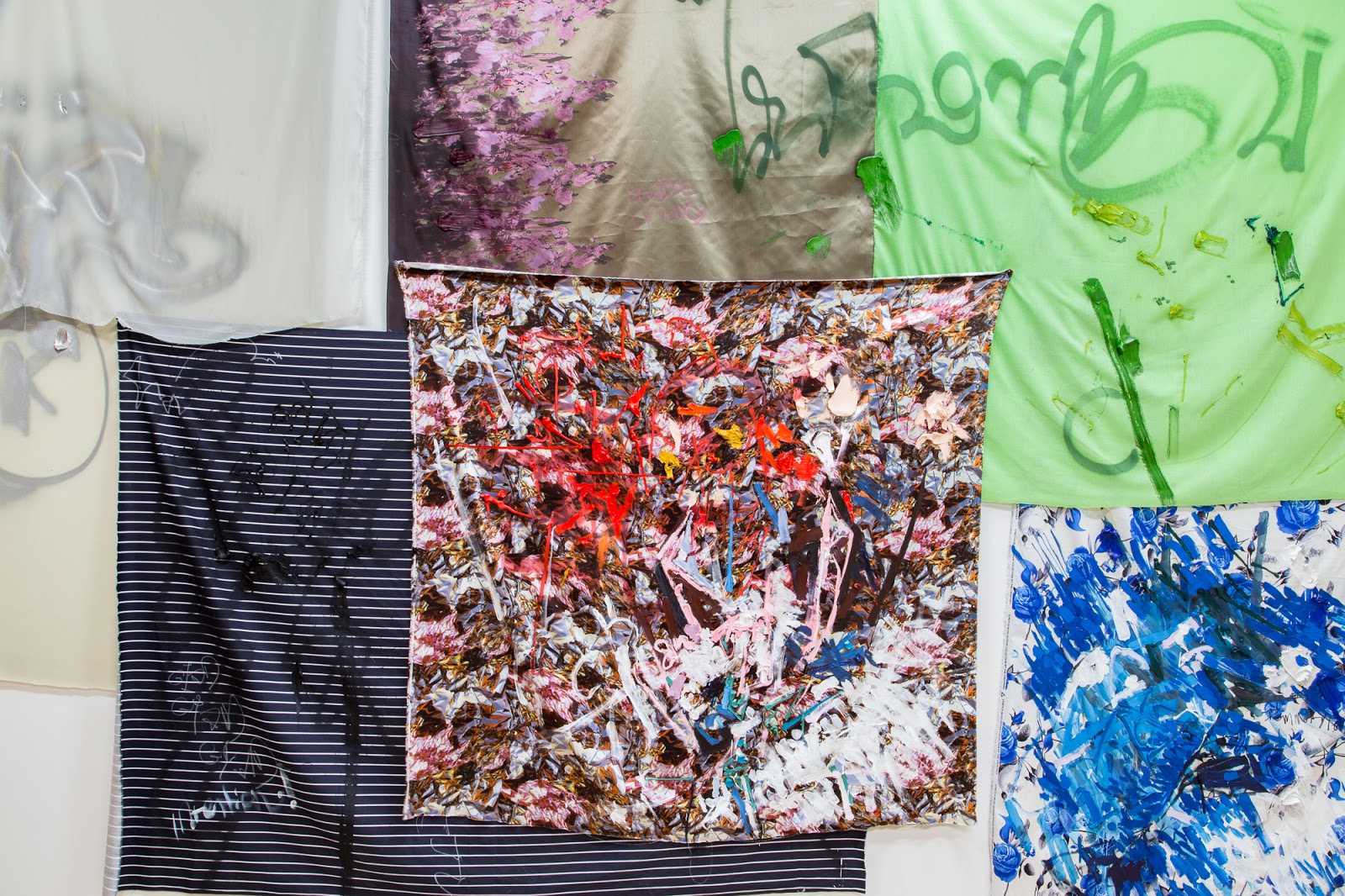 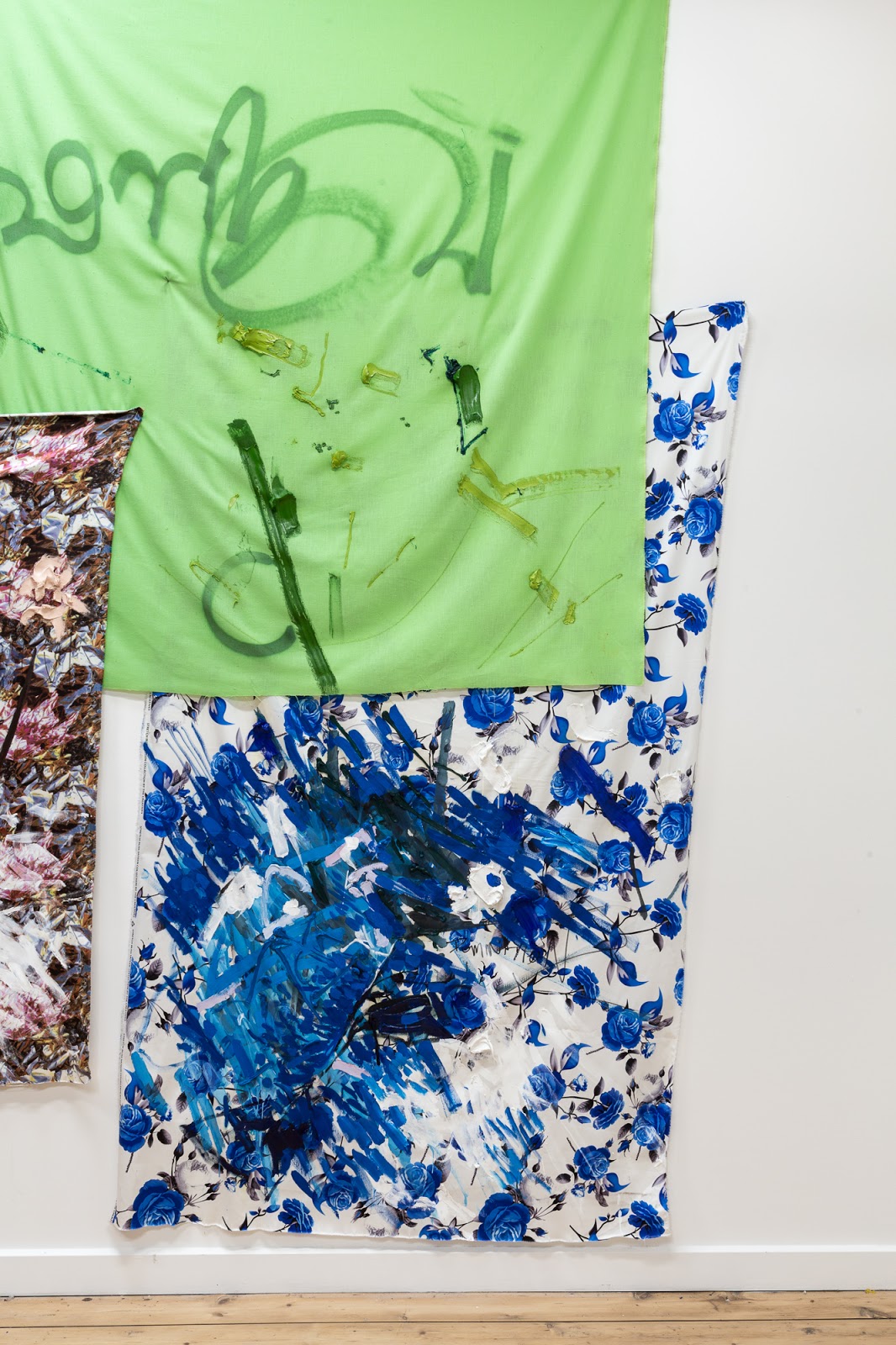 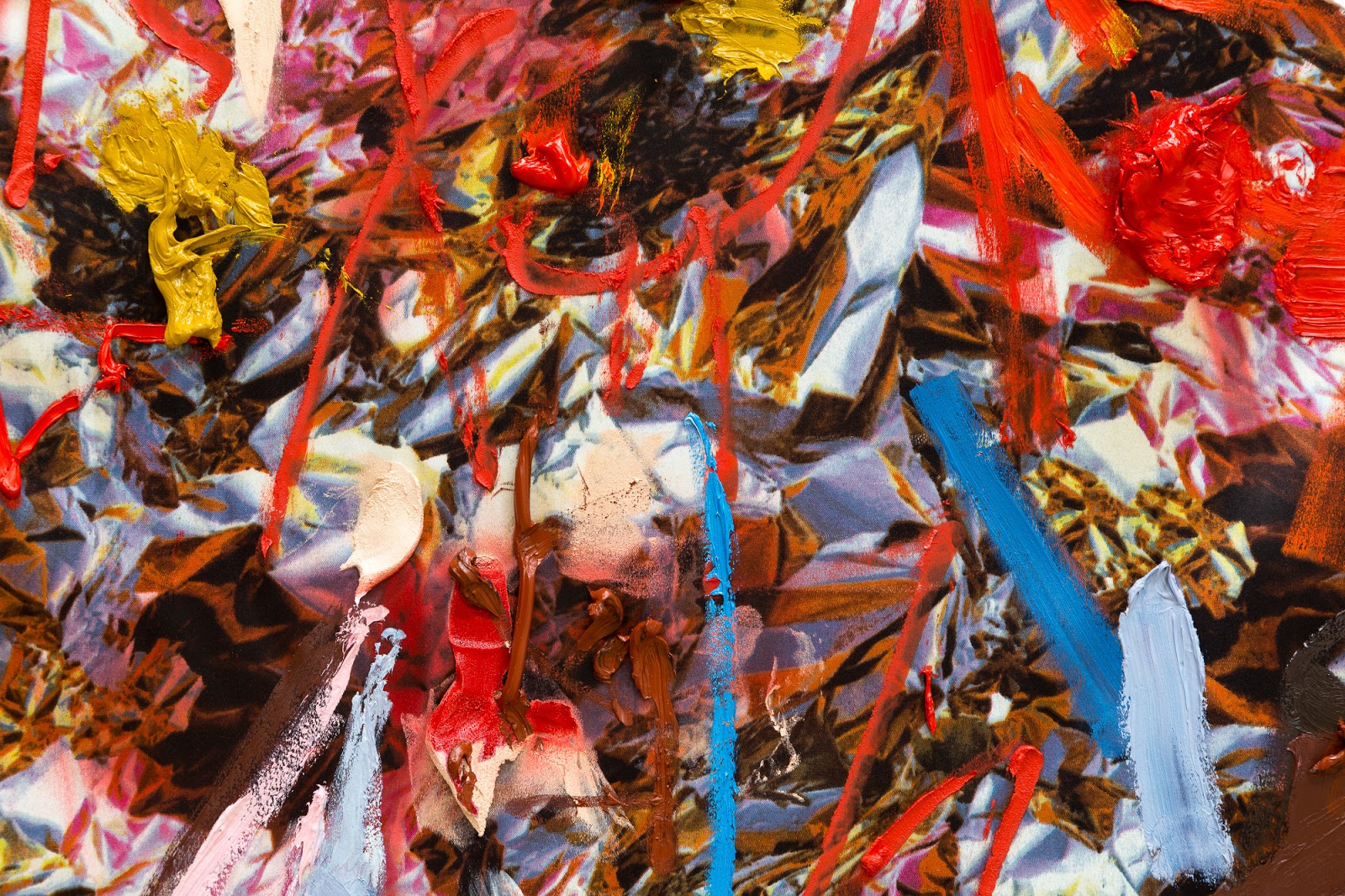 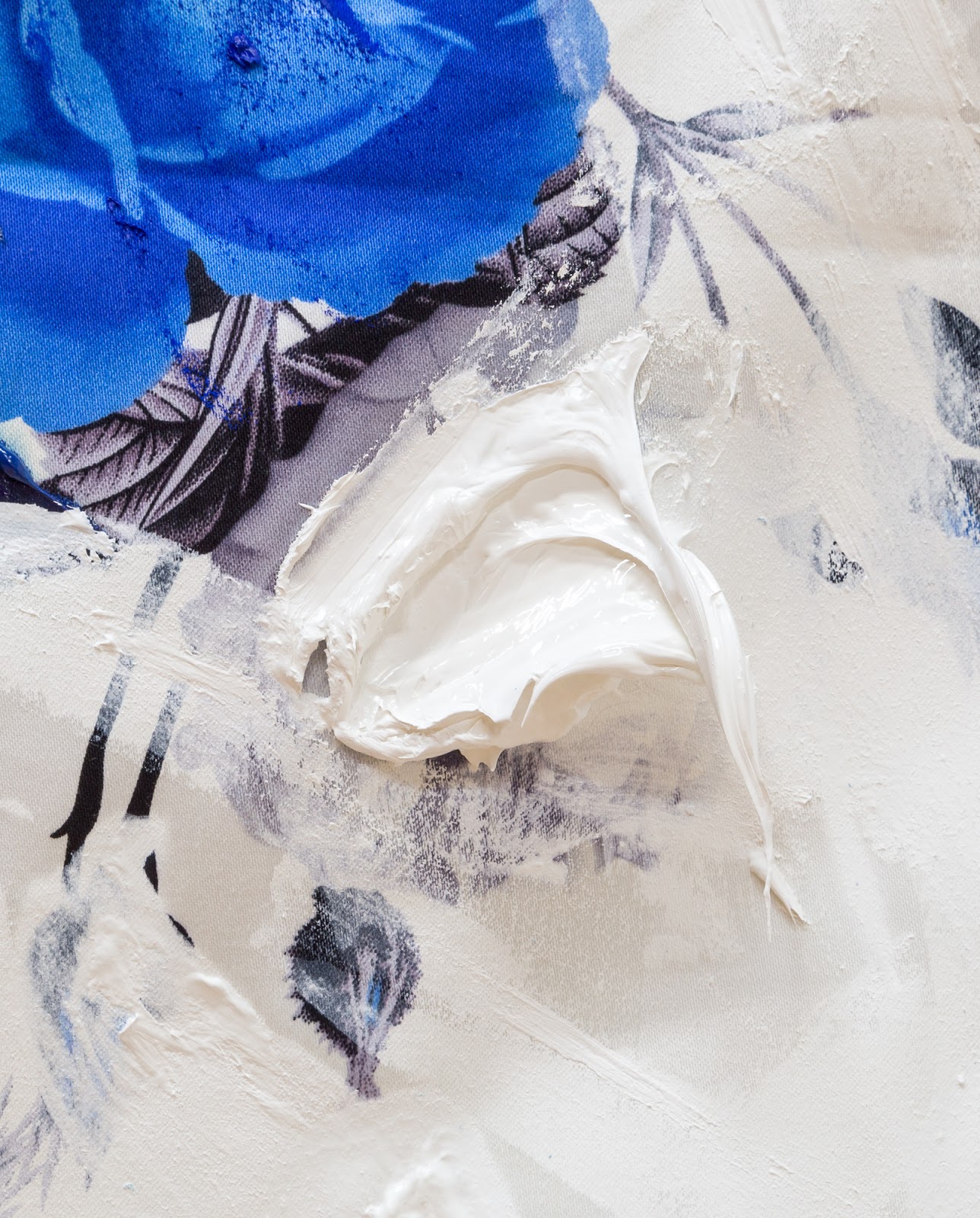 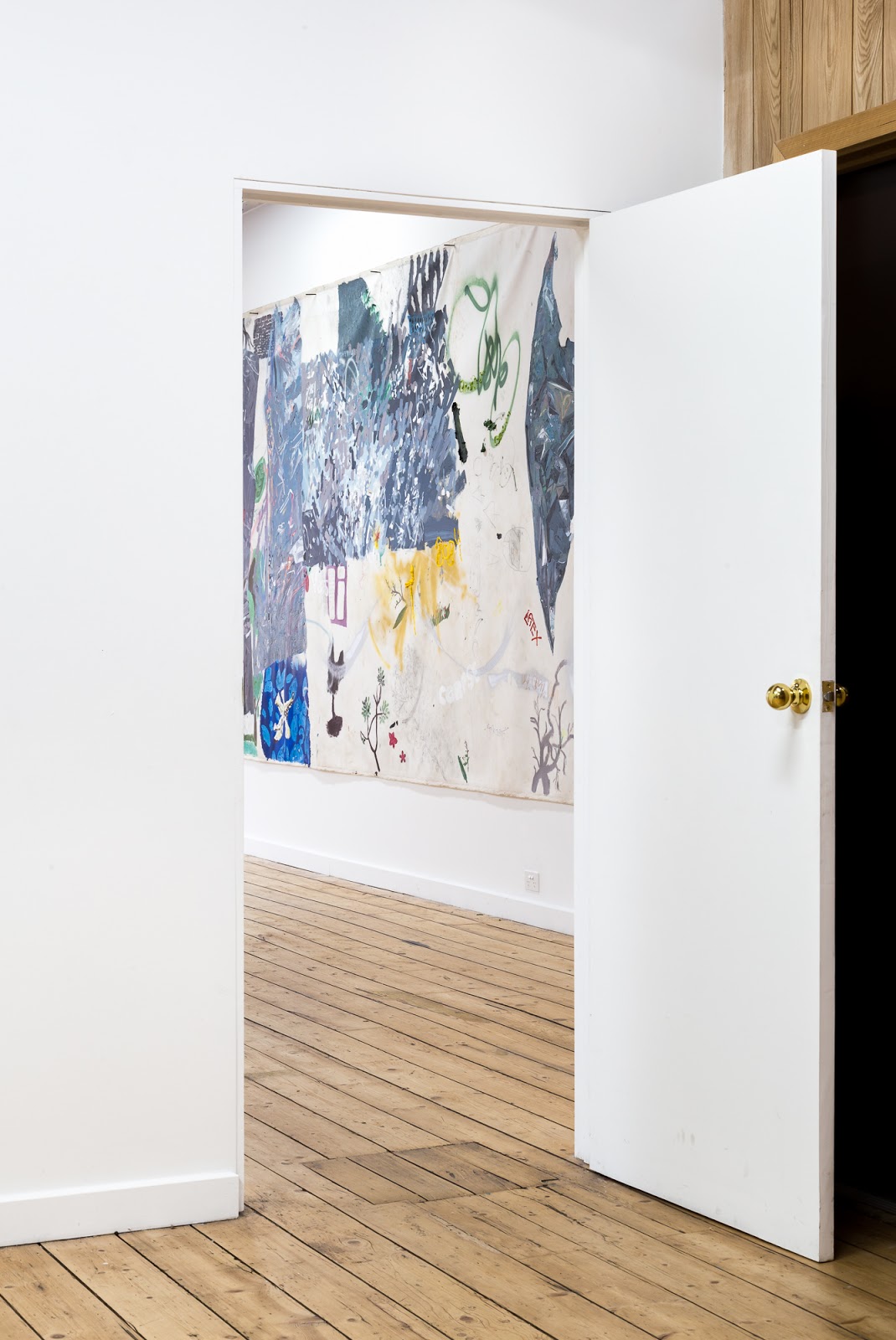 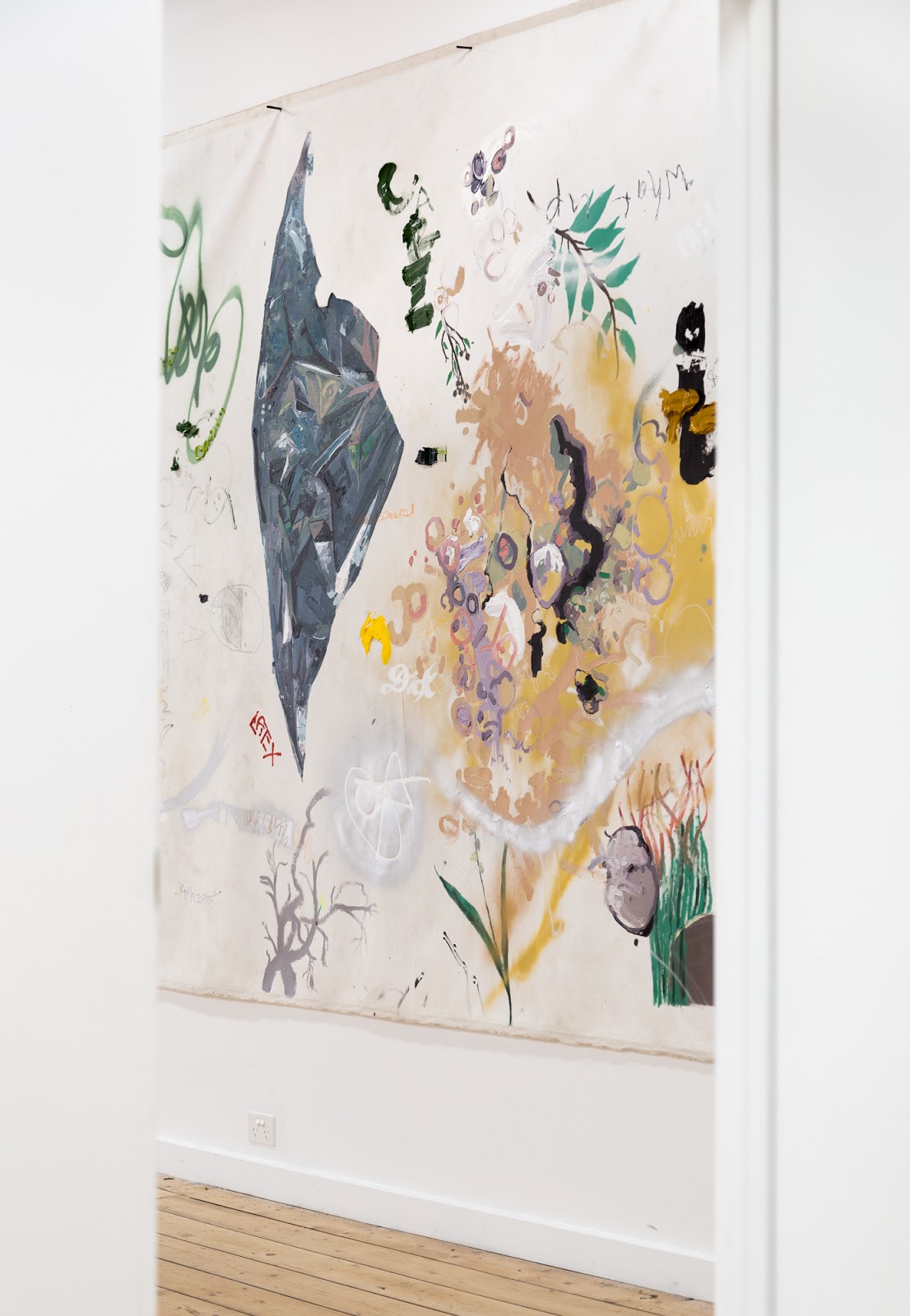 An internal audit suggests a state of consciousness that isn’t fixed. It is a process that requires reflecting on the past while in the present with a perspective that is focused on the future. This reflection on a passage of time often considers a way to progress that is not necessarily pre-determined; instead the direction to take is gradually revealed along the way.

This reflection on a passage of time is evident in Gian Manik’s solo exhibition. Considered gestures stand out as suggestions of his previous work, paired with moves that are much more sporadic and fragmented. This is not necessarily a departure for Gian’s painting practice, but through an increasingly experimental approach a loosening has occurred.
His painting practice has been preoccupied with the ways in which vibration can be represented. He employs images of mirrored and reflective surfaces as a device to draw from, to create liminal spaces in his paintings that skew a singular reference point. The reflective surfaces cause light and colour to refract, creating unpredictable compositions that distort perception and seem to oscillate between reality and abstraction. Internal Audit takes these preoccupations further, to consider positive and negative space, posterity and erasure, and excess and restraint.

In the main gallery one canvas covers the entire length of the largest wall. Untitled 2017-2018 began as a collaborative work with students from Hedlands Senior High School during a residency in the Pilbara region that was initiated by FORM Gallery, Perth, in early 2017. The large piece of canvas was unravelled on the floor only a couple of metres at a time. Gian and the students worked on small sections of the canvas without a sense of orientation, perspective or scale. Students were asked to respond to the natural landscape of the Pilbara region, provoking both literal and abstract interpretations of the surrounding landscape and fauna, though the painting had no intended narrative. Gian continued to work on this painting once it arrived in Melbourne. Gestures and text continue to populate the canvas and yet it is not clear when they were added. The evolution of the canvas carries the previous marks with it, becoming something in between a contemporary painting and a cumulative palimpsest.

In the adjoining office gallery a layered composition of fabrics cover an entire wall with painted gestures that are both loose and controlled. The fabrics are conjoined but also disjointed, intentionally constructed to drape over each other as individual pieces that are also part of a larger whole. Gian’s usual method is to mark a raw canvas, however in this instance the fabric support requires a reversed approach to representation, whereby the composition of the fabrics dictate the structure of each painting.