Bit by Bit, the World Is Growing Together at Alexander Levy / Berlin 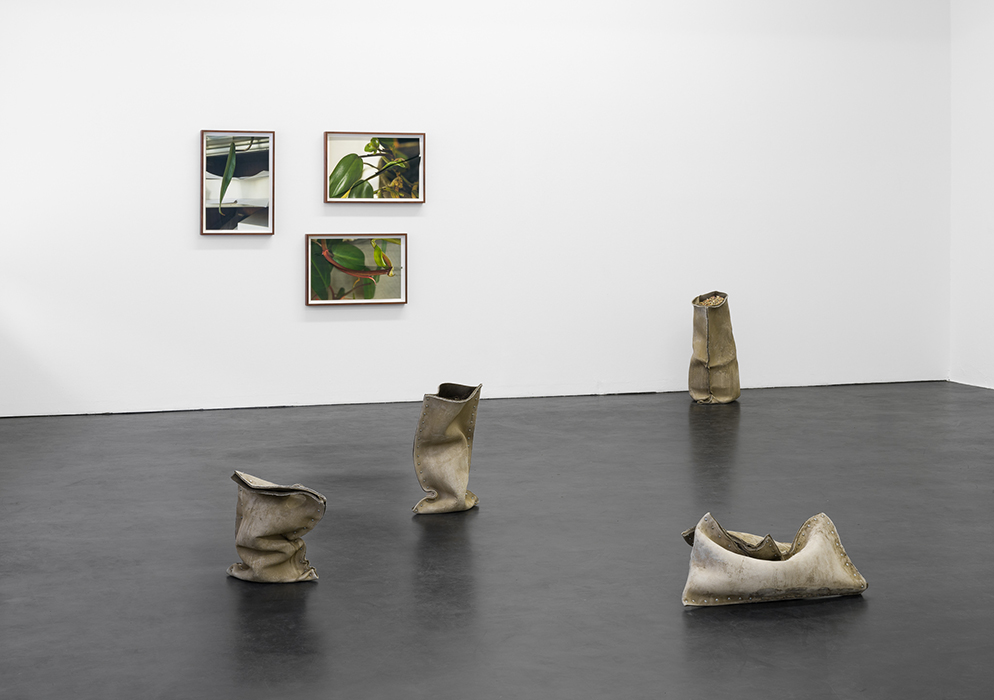 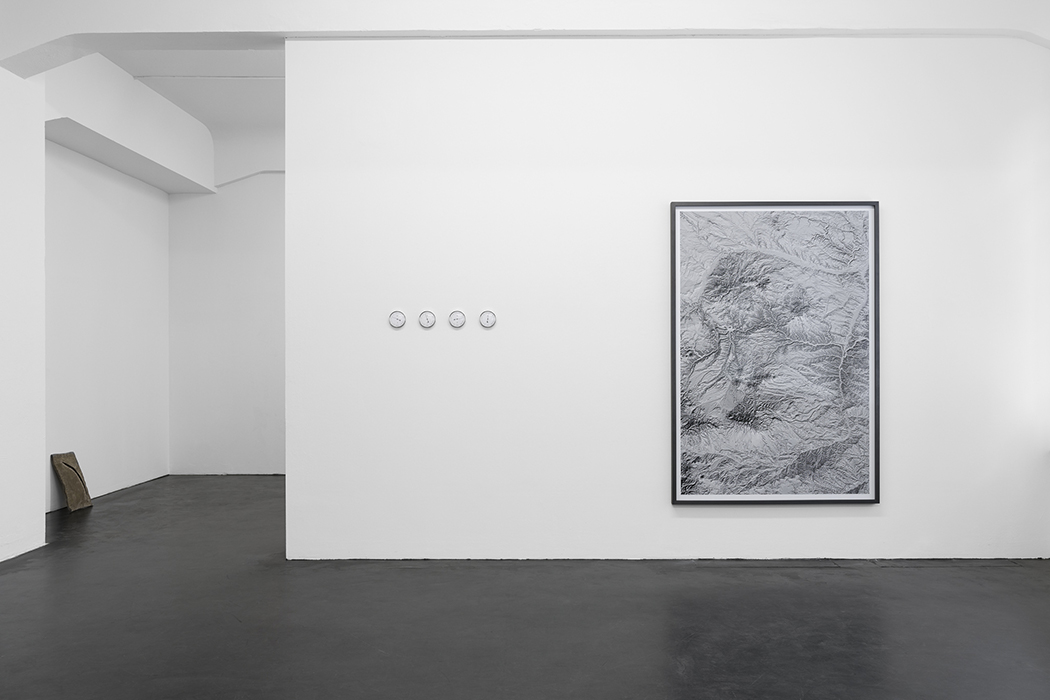 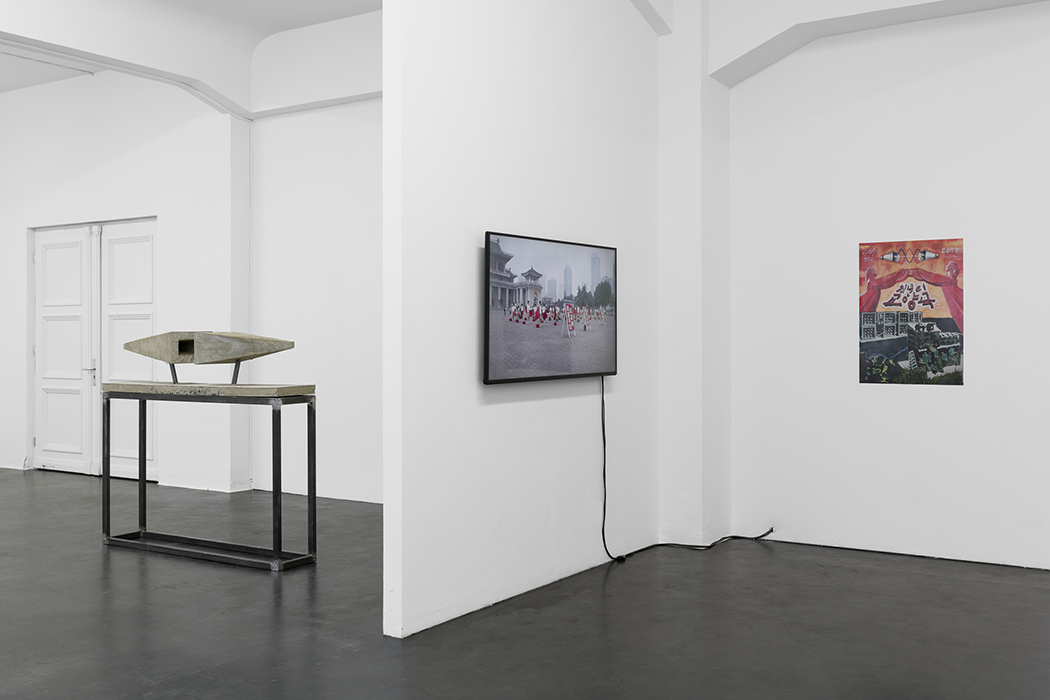 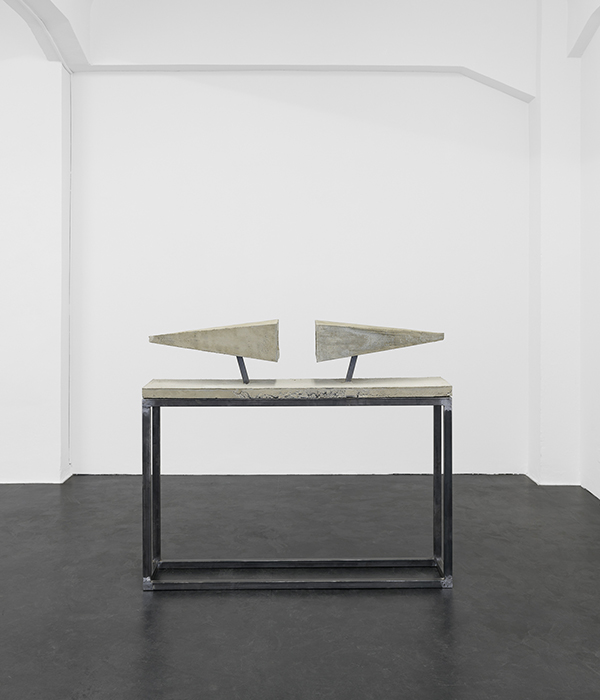 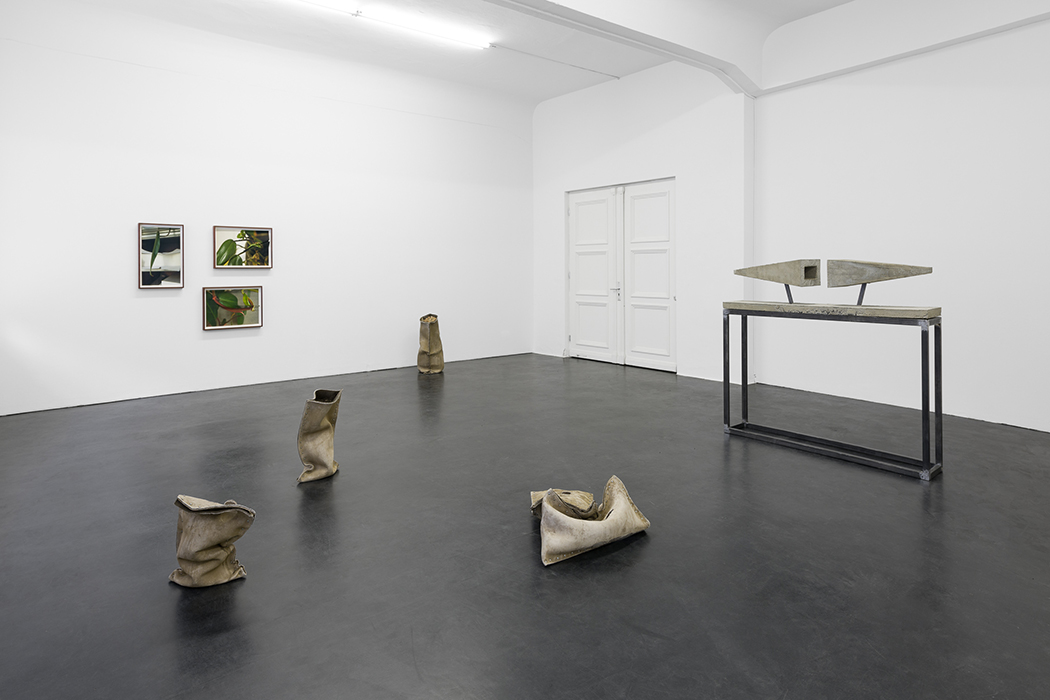 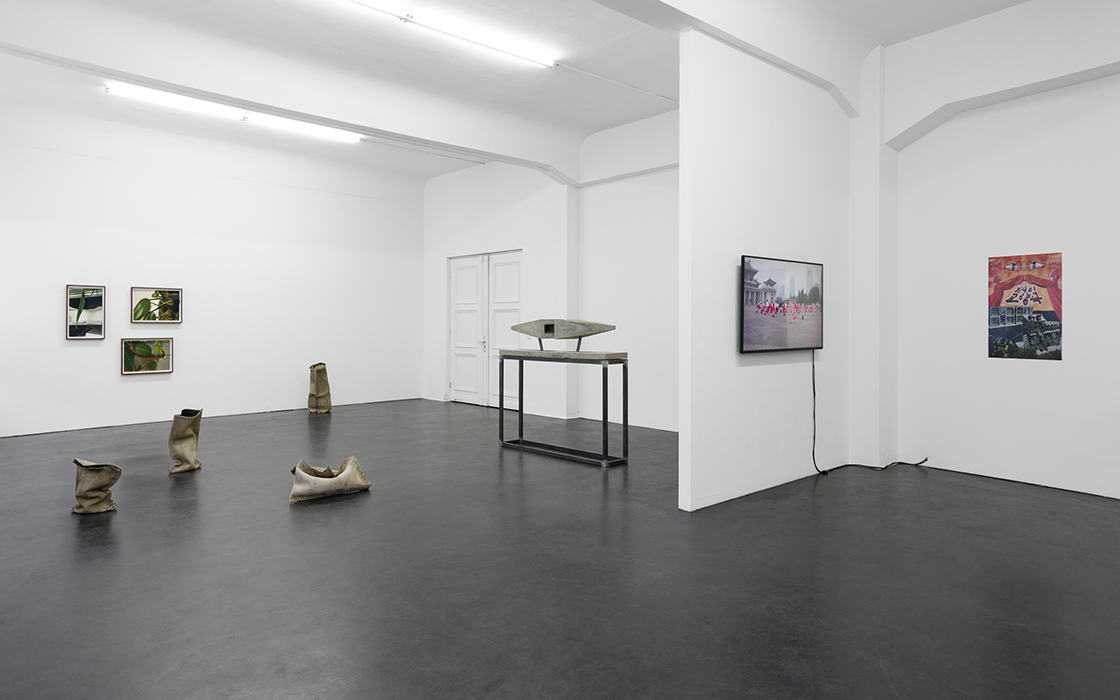 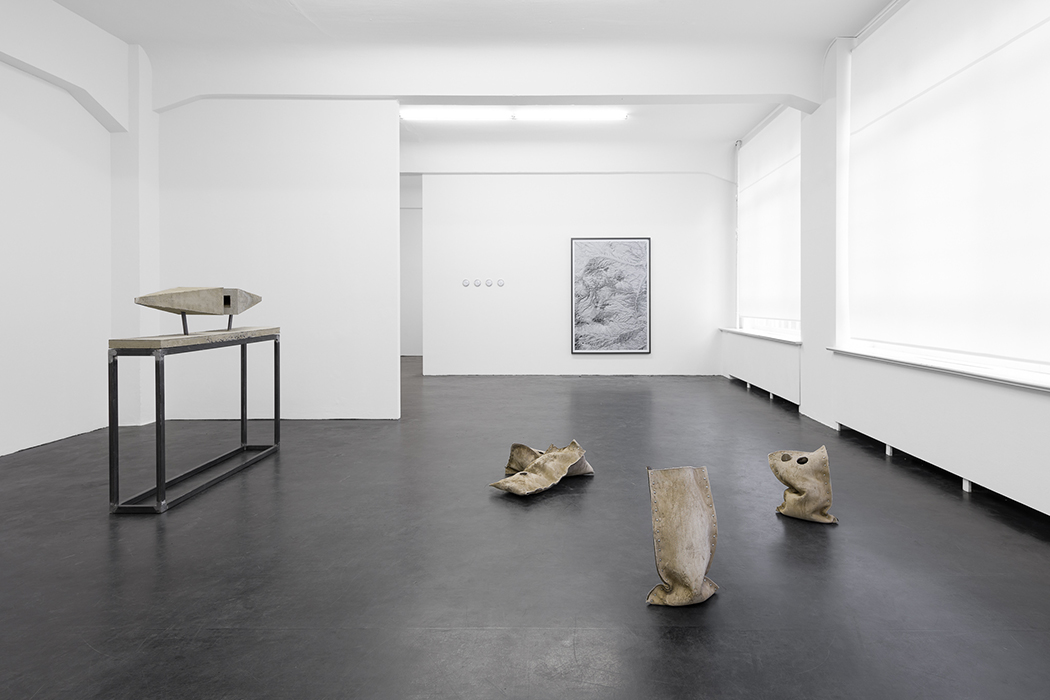 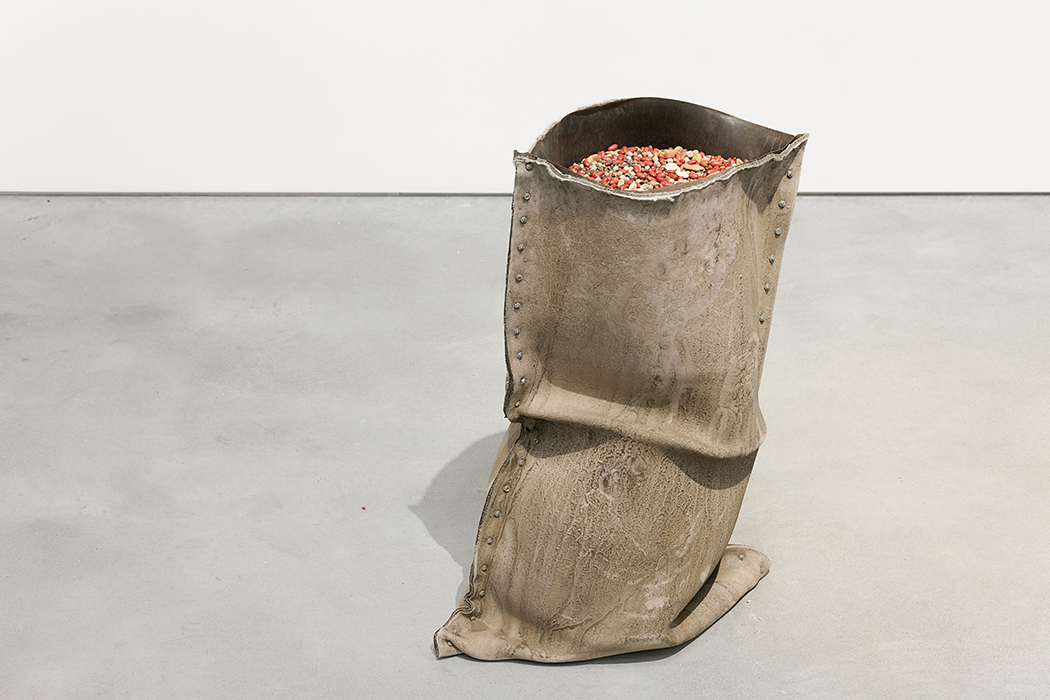 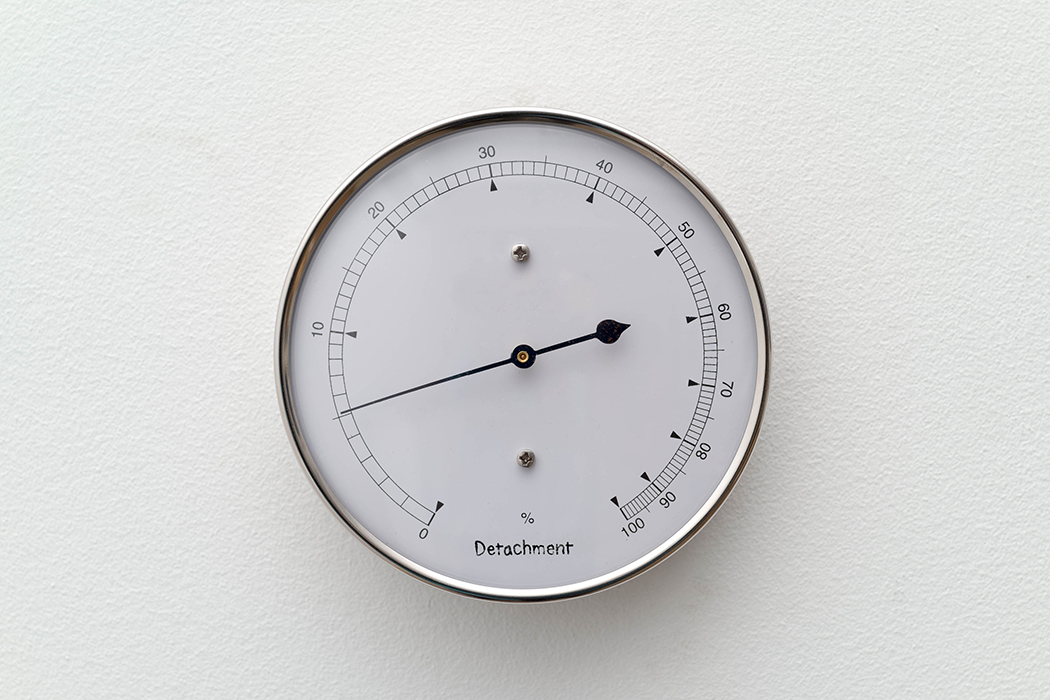 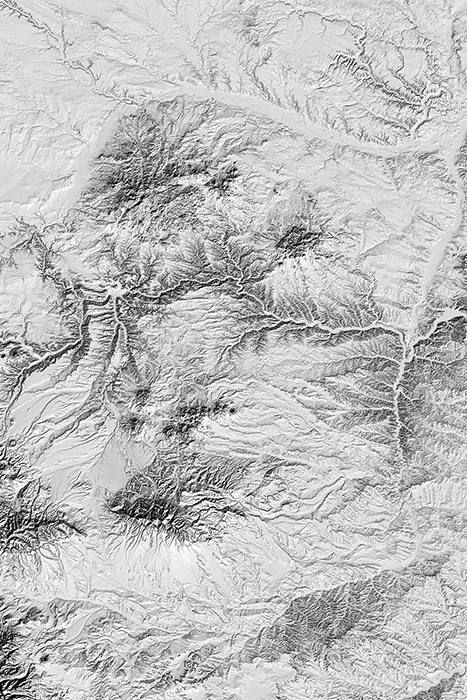 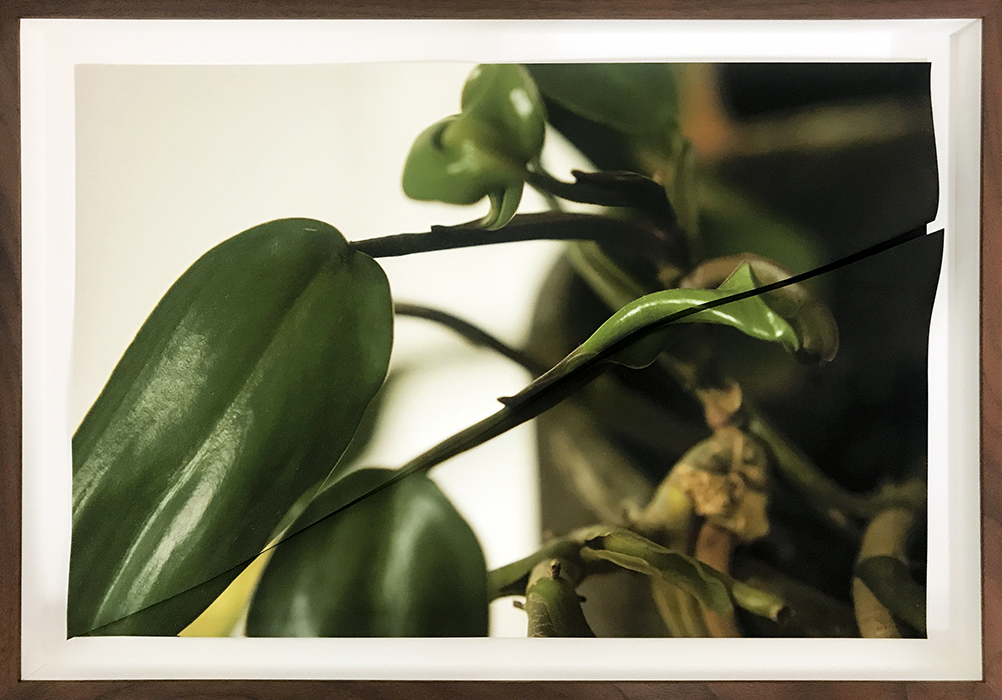 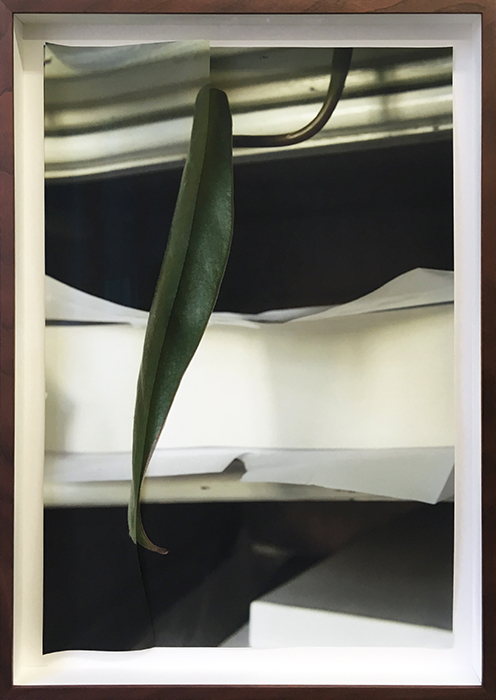 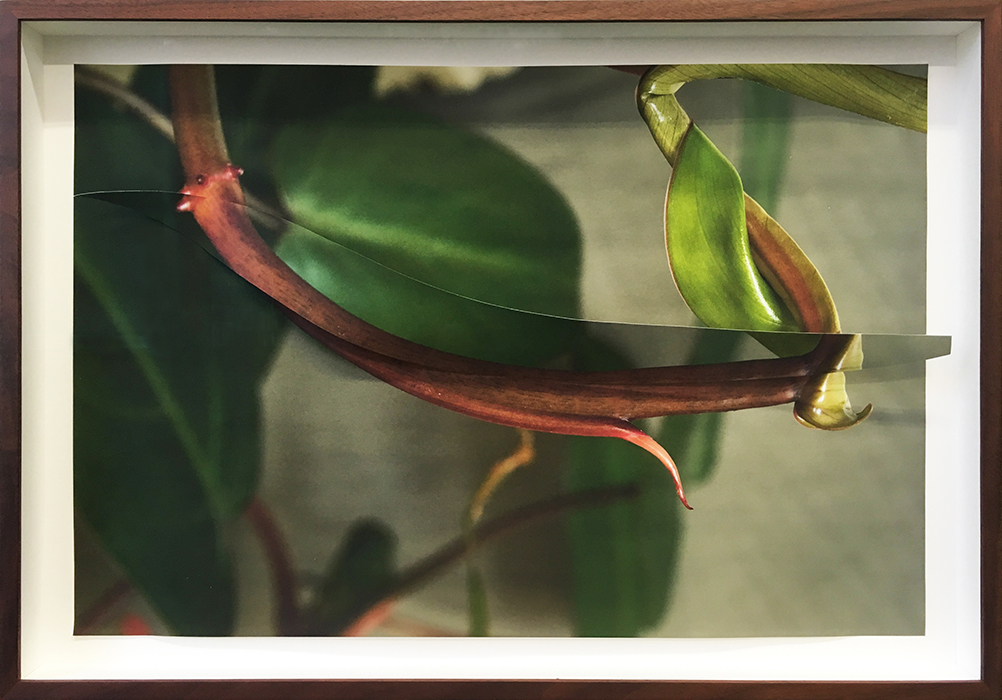 With the exhibition “Bit by Bit, the World Is Growing Together,” alexander levy gallery presents four concept-based artistic positions that must be read in the context of current social, political and ecological debates. Yet Julien Discrit, Adrien Missika, Nik Nowak and Sinta Werner do not search for “what holds the world together in its innermost folds” as though gripped by a feverish Faustian quest for knowledge. Rather, their works can be understood as testimony to an awareness, one that is slowly gathering strength, that every action – however unimportant it may appear – resonates in a larger context and every mundane activity commands a chain of events. The artists focus on a very diverse range of centers within this global matrix: Their gaze falls on the US, North Korea, the climate, and ultimately the living room.

Sinta Werner’s artistic inquiry begins in the domestic environment. Her approach in her series “Spaltungsirresein” (2015/2018) is characteristic of her oeuvre: form and surface of a chosen subject are extracted like transfer pictures. She reduces leaf formations from a Ficus Elastica to two-dimensional reproductions, subsequently arranging them in a collage-like fashion and then transferring them back into the three-dimensional space by means of a subtle, sculptural gesture. The photographs imitate the rubber plant’s young, inward-curled leaves and are about to reveal their potential. Werner’s aesthetic analysis of this indoor plant, which is currently undergoing a revival following its popularity in the 1980s, calls to mind the plant’s shifting symbolic meaning. The rubber tree species, originating from India and Indonesia, is now spread across the globe: We find it in the jungle, used as a decorative park and garden plant in tropical regions, or as a houseplant in colder climes. Depending on context, it symbolizes home, a longing for the exotic, or the dull office routine.

The concentration on flora seems more existential in Adrien Missika’s work. In his installation “Better Safe than Sorry” (2017) cement bags occupy the exhibition space like relicts of an apocalyptic scenario. Made from Concrete Canvas (a material used to fortify hillsides, build bunkers, or as flood protection) their purpose is to preserve potential life. Like time capsules, the bags hold earth as a valuable raw material. Some of the protective casings are broken. Light falls on the earth, allowing its fertility to show itself among the wreckage. Moreover, one sack is filled with unpatented seeds that have been handed down through the generations and are still exchanged among farmers. These are the germ cells of traditional crop plants that no longer meet the standards and modifications dictated by the market and thus only exist thanks to the protection afforded by their advocates.

Missika draws a further ambivalent picture of our time in his series “Plus ou Moins” (2017). Here he modifies hygrometers by making an almost imperceptible intervention. Instead of the brand name, the instruments measuring atmospheric humidity indicate human moods and psychological states, while the process of measuring itself is intimately linked to the human body. Indeed, hair reacts to the air quality and ultimately provides an indication of the degree of “desperation,” “fear,” or “belief” that fills the room. In Missika’s work, the hygrometers become “psychometric portraits” that connect the climate to the human condition, pointing not only to weather conditions that impact our moods, such as rain and sunshine, but also to modern neuroses associated with climate change, such as “climate anxiety.”

Measuring methods also form a central theme in Julien Discrit’s works; the artist explores in particular the cartographic documentation of landscapes. By veering slightly from the common conventions of representation in cartography, he manipulates the visualization of measurement results – in this case, the indication of height at the respective coordinates – showing us entire sections of the United States in a different light in his work series “États Inversés” (2016/2018). Discrit uses a software program to create maps based on scientific readings that show mountains and valleys illuminated not from the top left corner, as is customary, but from the bottom right. This inverses the impression we have of the elevations and depths shown. The landscape appears to have been turned upside down and it seems as though the viewing angle has shifted from a bird’s-eye perspective to one from deep underground. The artist demonstrates the discrepancy between portrayal and what is portrayed, whereby his work raises not only epistemological questions, but political ones, too. Indeed, the administration of territories on the basis of cartographic depictions, which are to be understood as abstract and two-dimensional visualizations, appears particularly problematic.

Nik Nowak, in contrast, looks at the role not of the image, but of sound in political frames of reference. The artist repeatedly examines the relationship of sound and war machinery and the effect sound can have as a weapon. His latest project “Symphony of Silence” (2017) took him to North Korea together with a delegation of international artists (from Western Europe, China and Russia). A symposium there was intended to foster an exchange with North Korean artists. Nowak’s concept envisaged having the military propaganda sound systems facing each other on both sides of the inner Korean border play identical, but phase-inverted sound in order to let the sound waves cancel each other and create active silence. Intended as a non-provocative sign of peace, the work was neither desired by the authorities nor realized. In the exhibition, a loudspeaker model and a poster designed by Nowak lend shape to his unfulfilled plans, while also calling to mind the stage-like appearance of the North Korean state.

“Bit by Bit, the World Is Growing Together” is a compilation of homely, hidden and uncanny narratives that take viewers on a mental journey from house plants via crops, the weather, and cartography to the political situation in North Korea. Altogether they serve as a reminder not to take anything at face value. As Werner’s leaves wilt, Missika’s earth bears no fruit, Discrit’s maps invert the world and Nowak’s loudspeakers remain silent, it is we as consumers and observers who are called upon, for there are no uninvolved or innocent spectators. The world is growing together and every one of us bears responsibility as a part of the matrix.