Anna McCarthy
The Man In The Moon 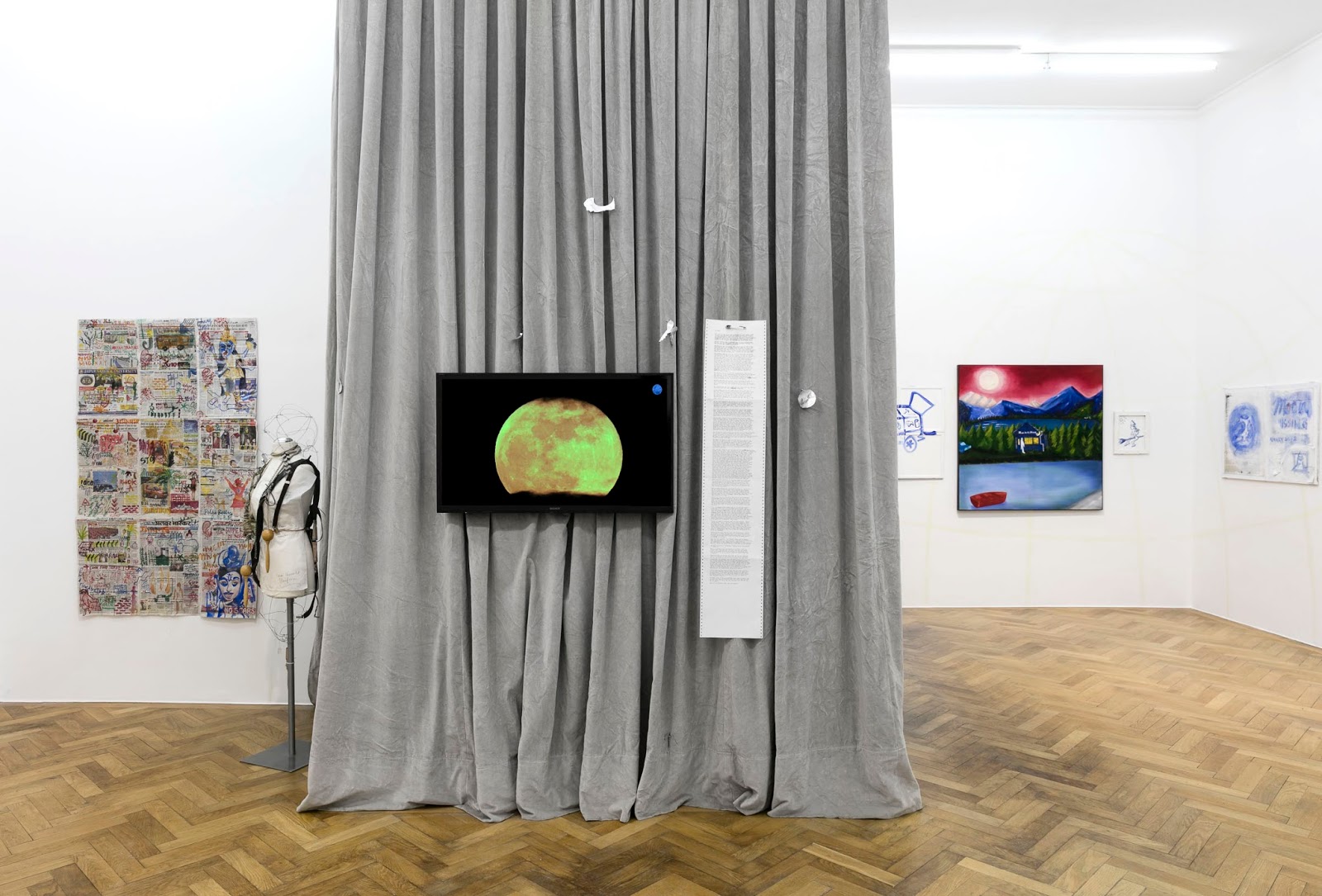 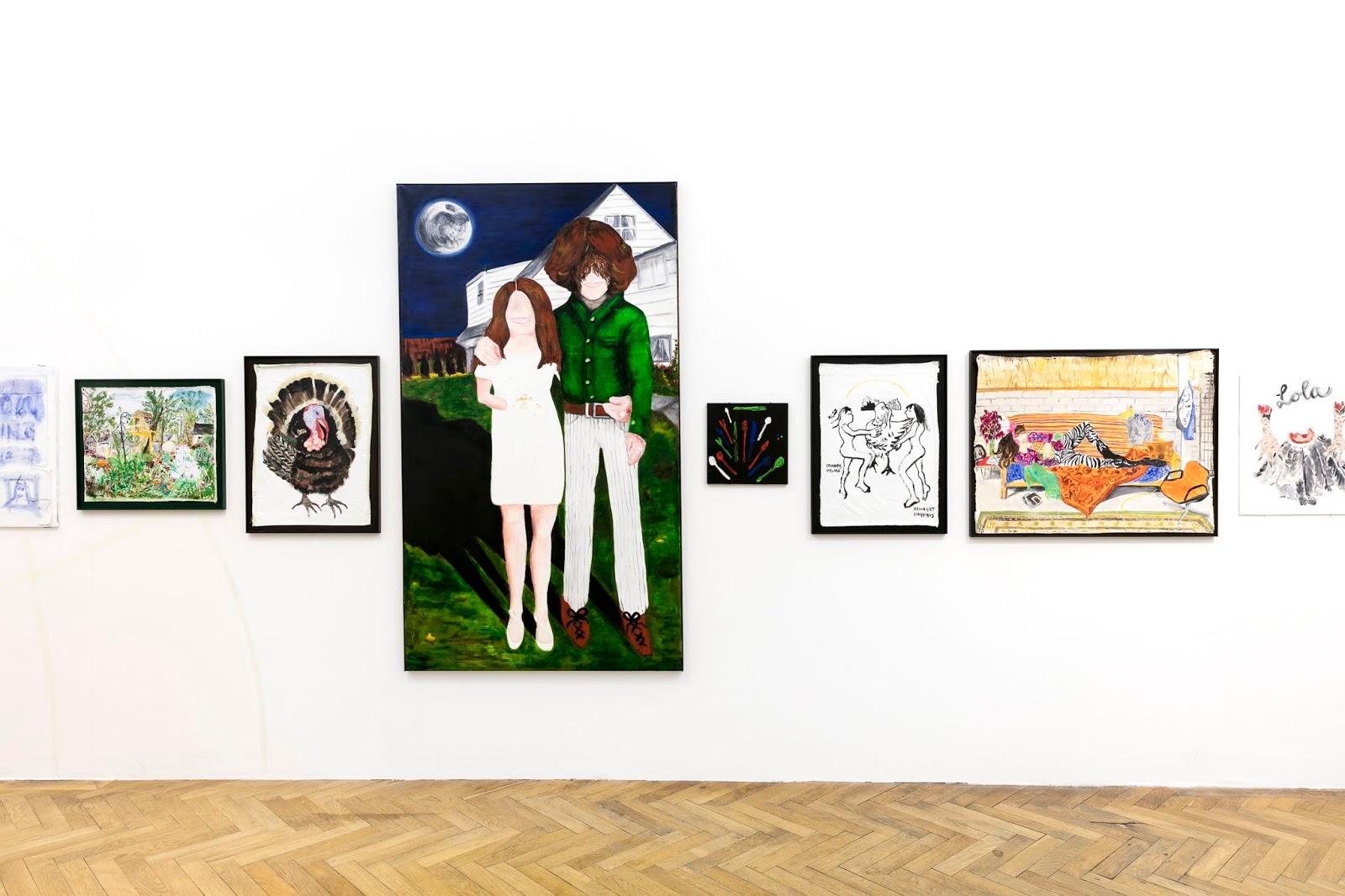 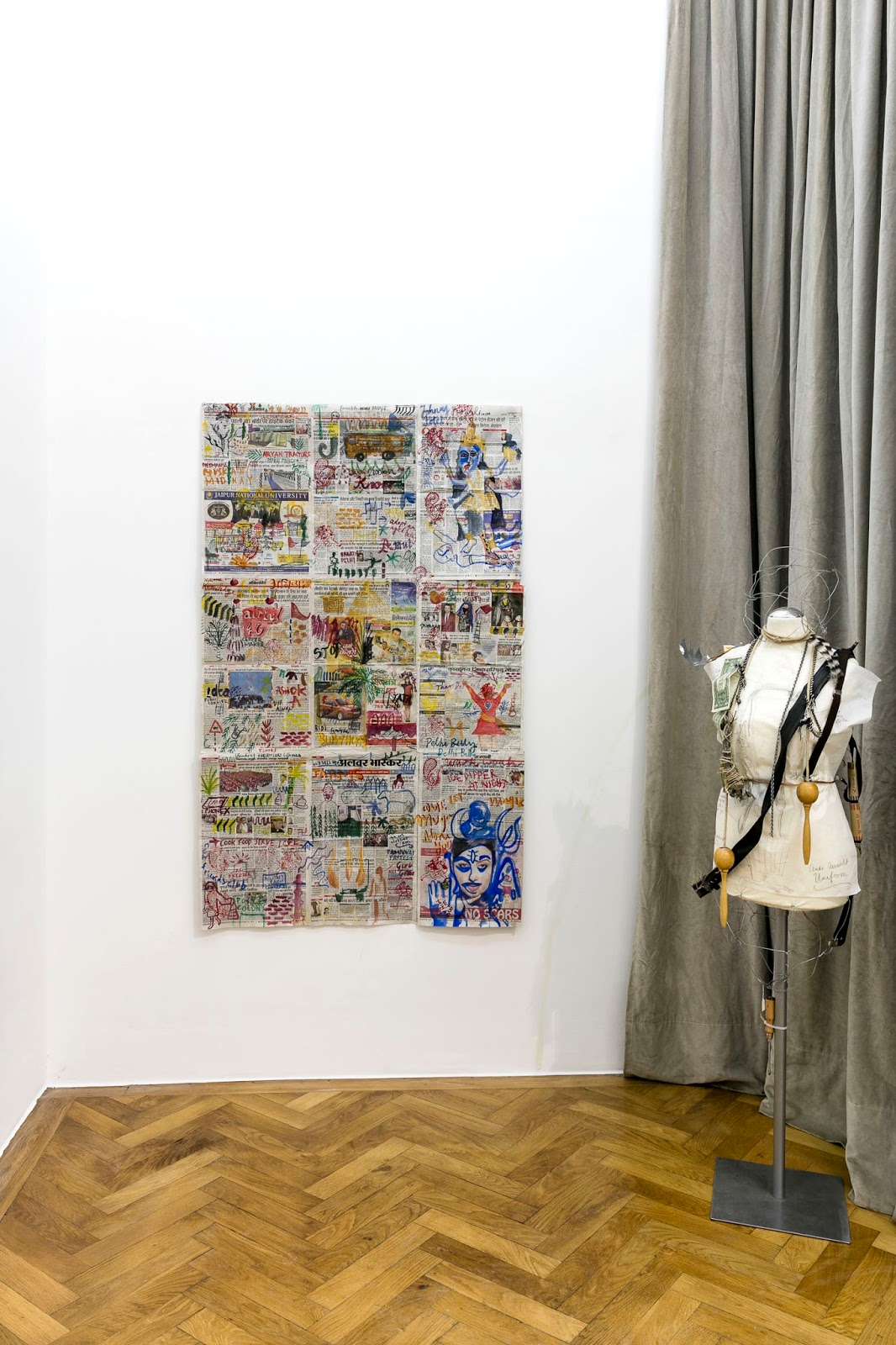 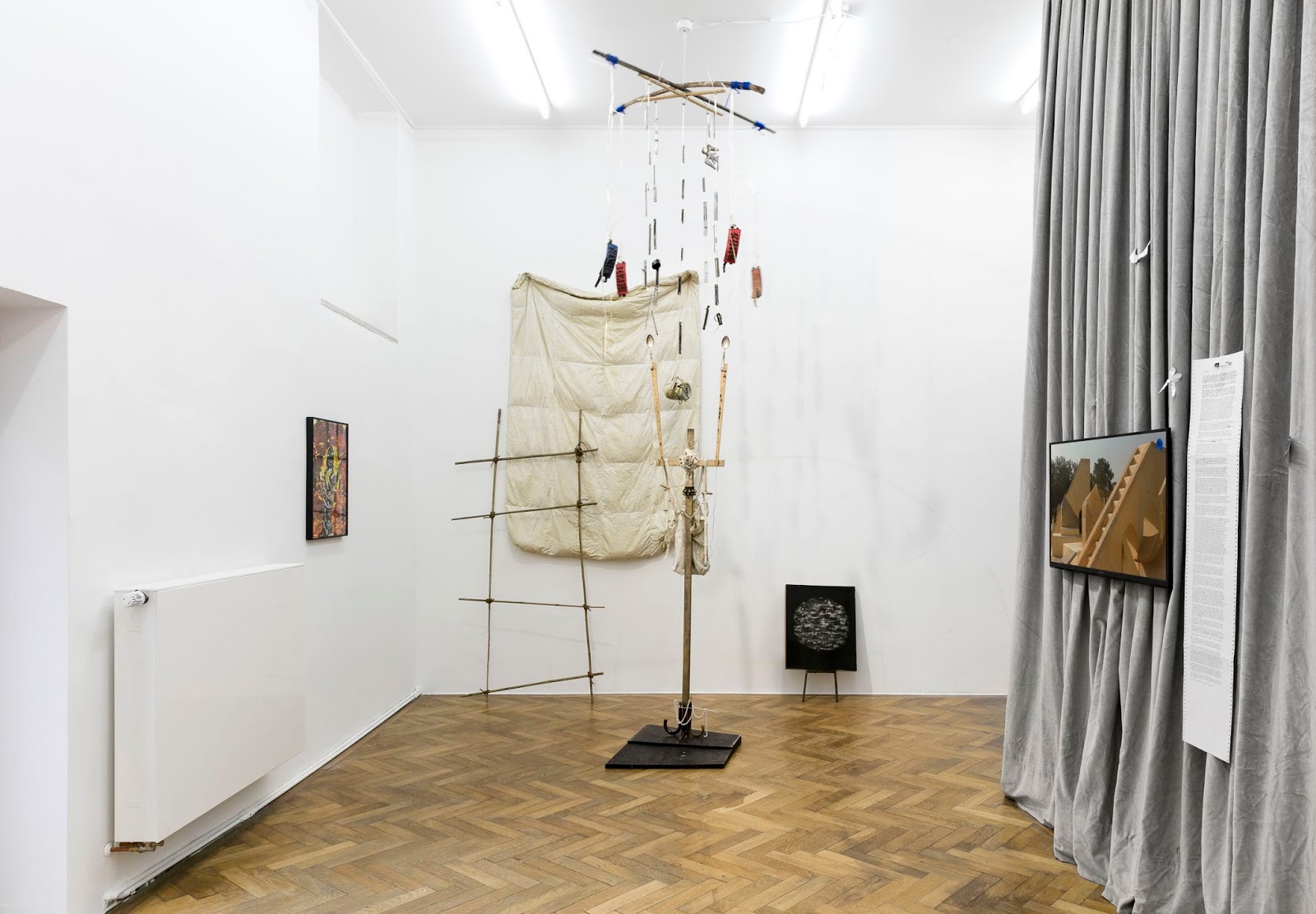 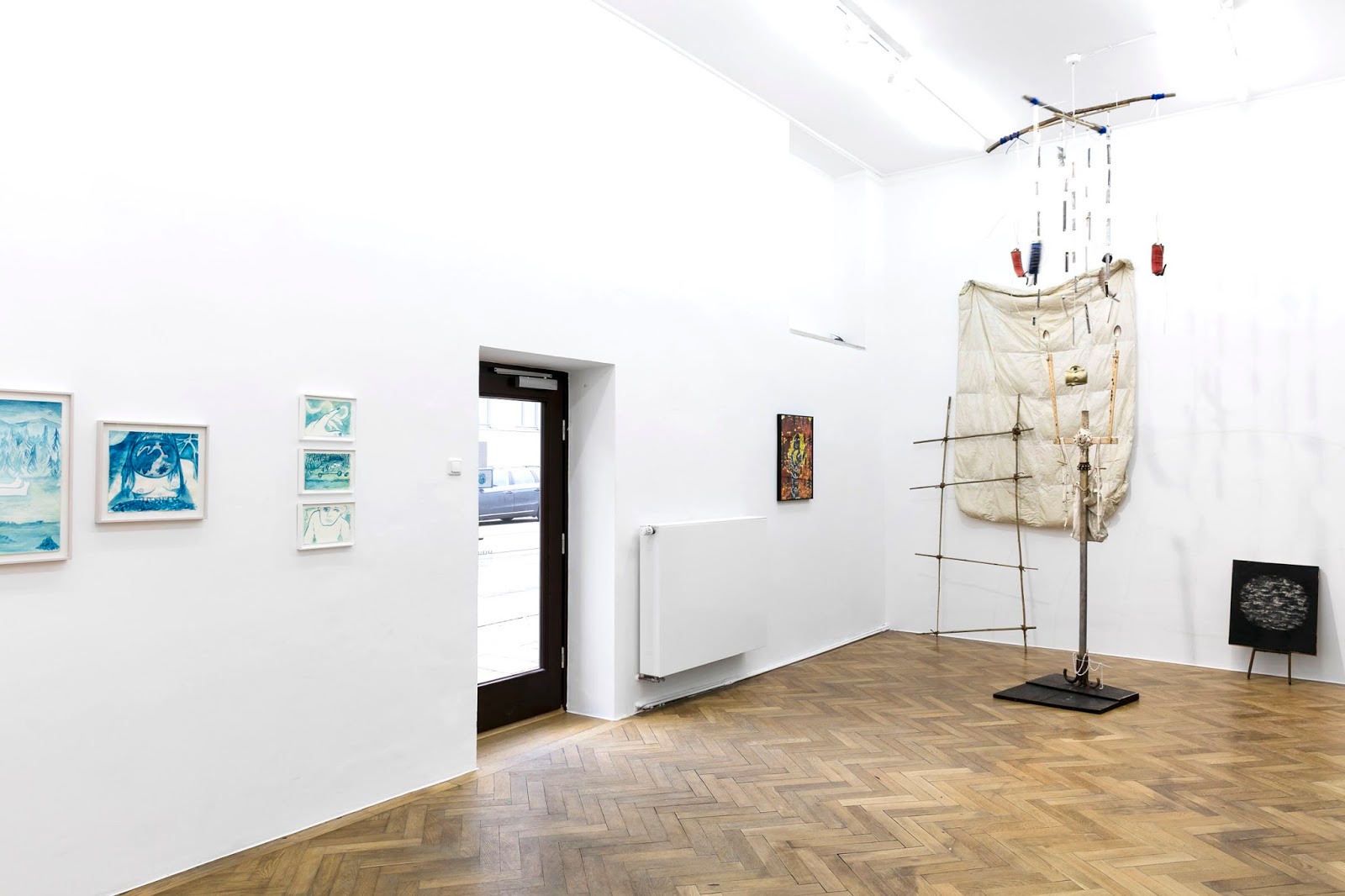 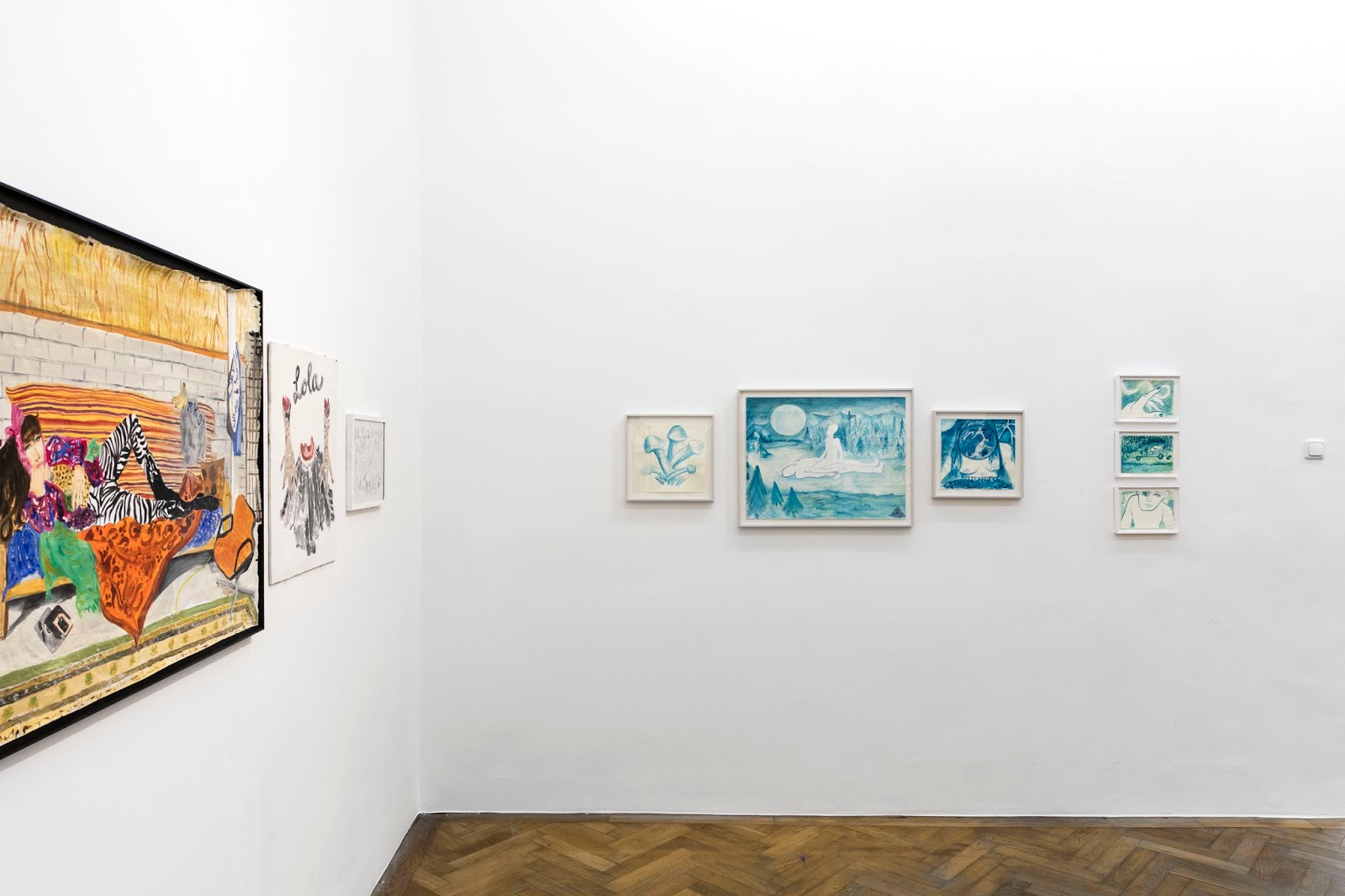 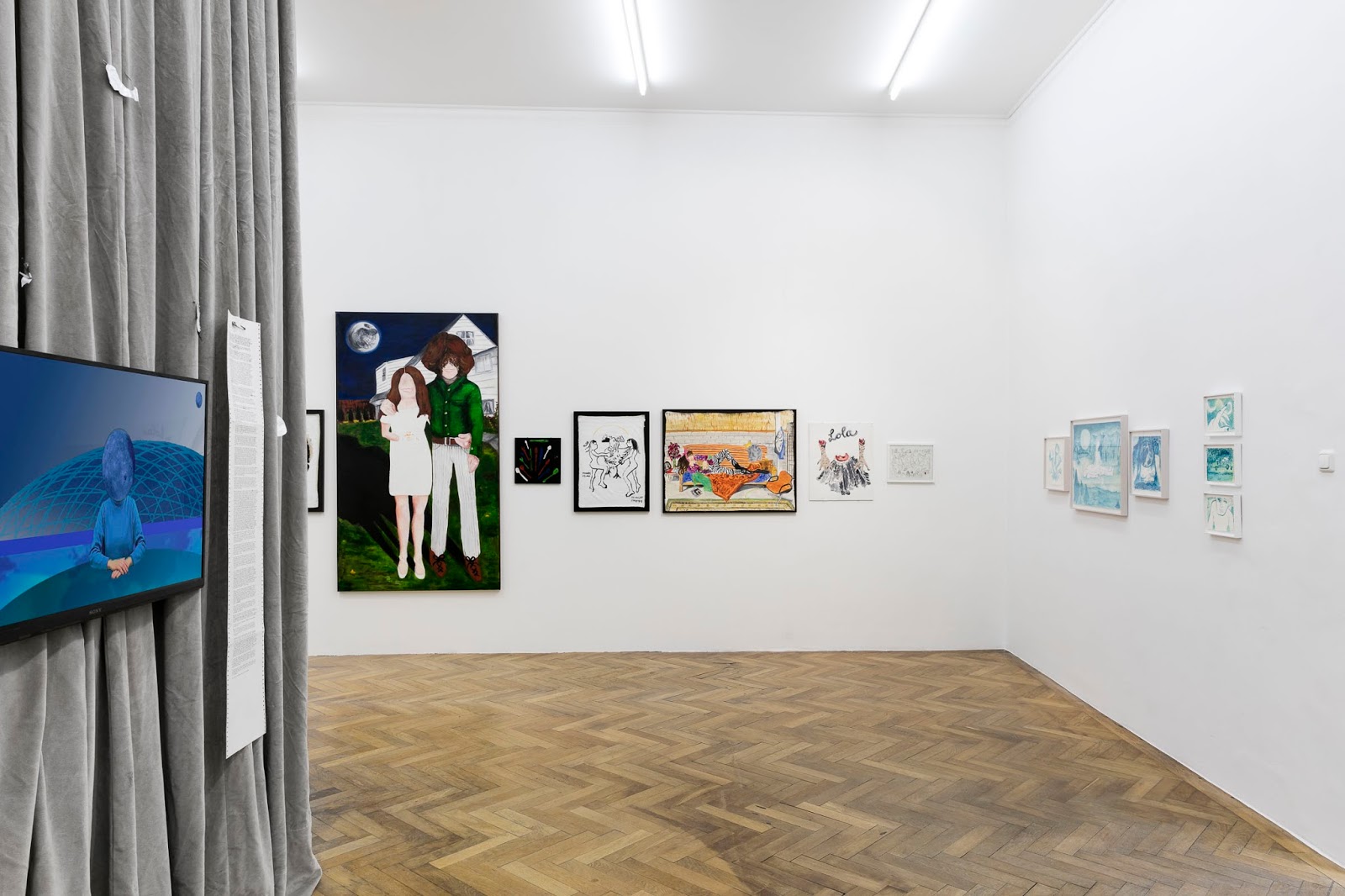 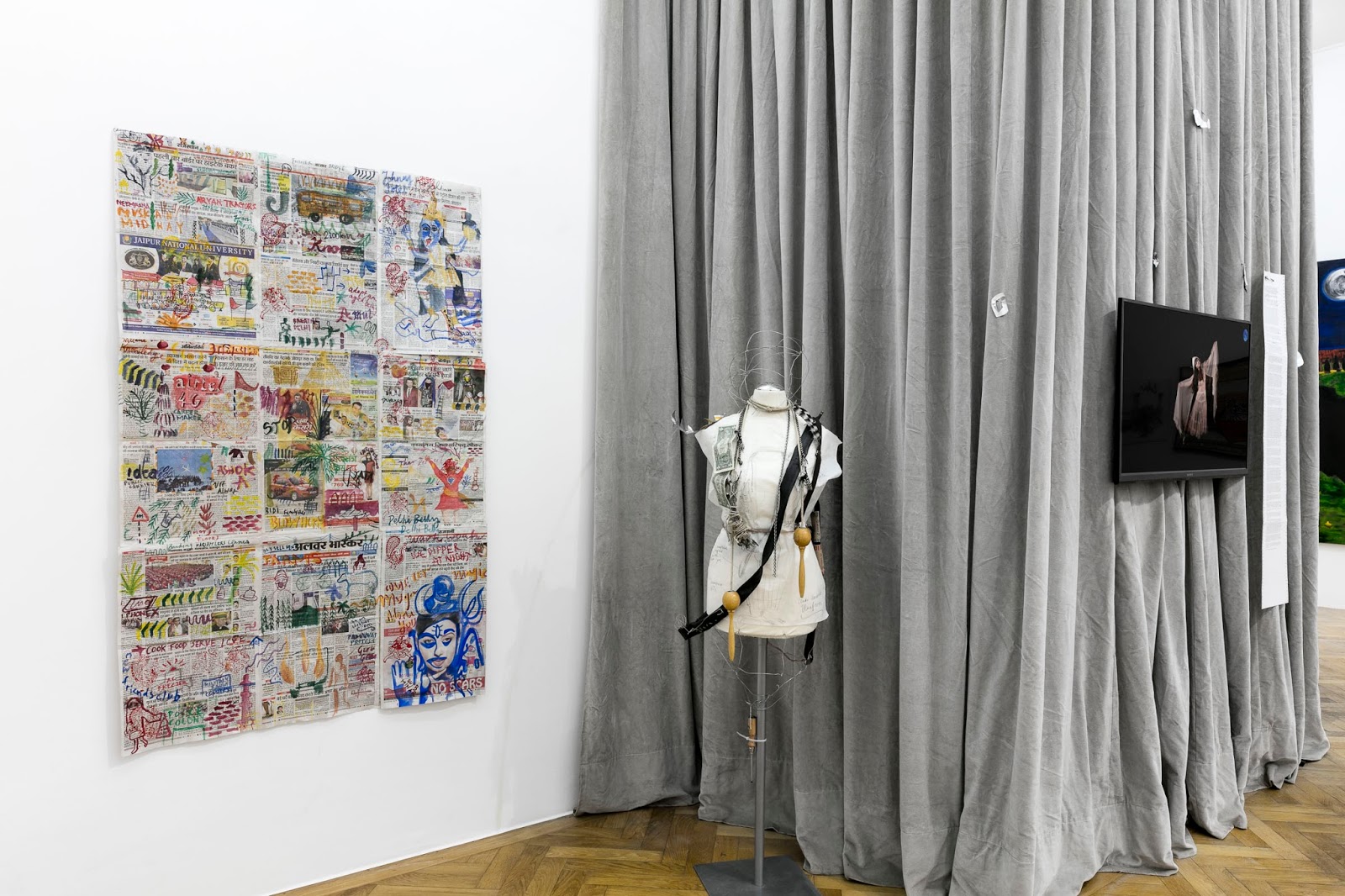 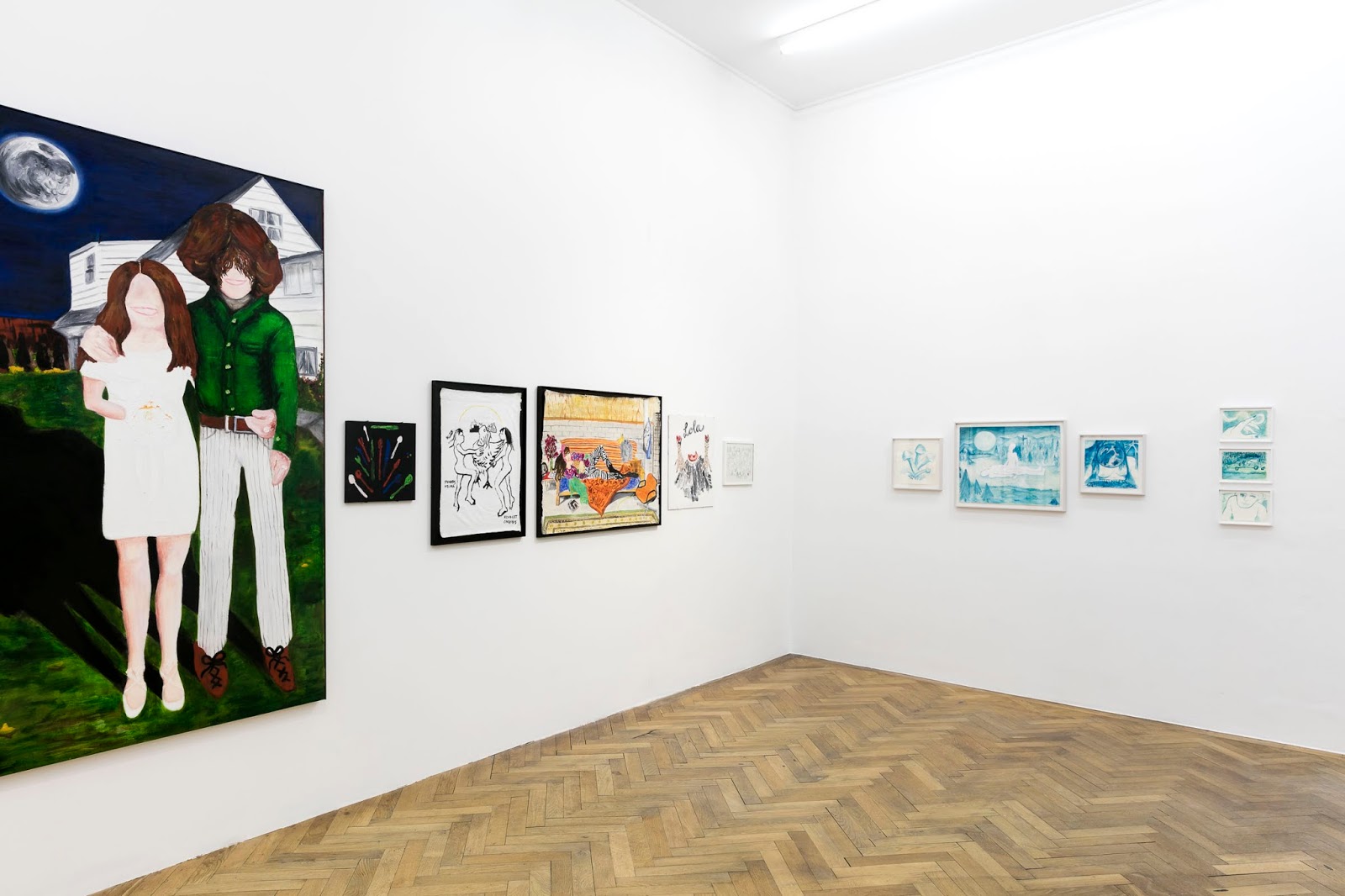 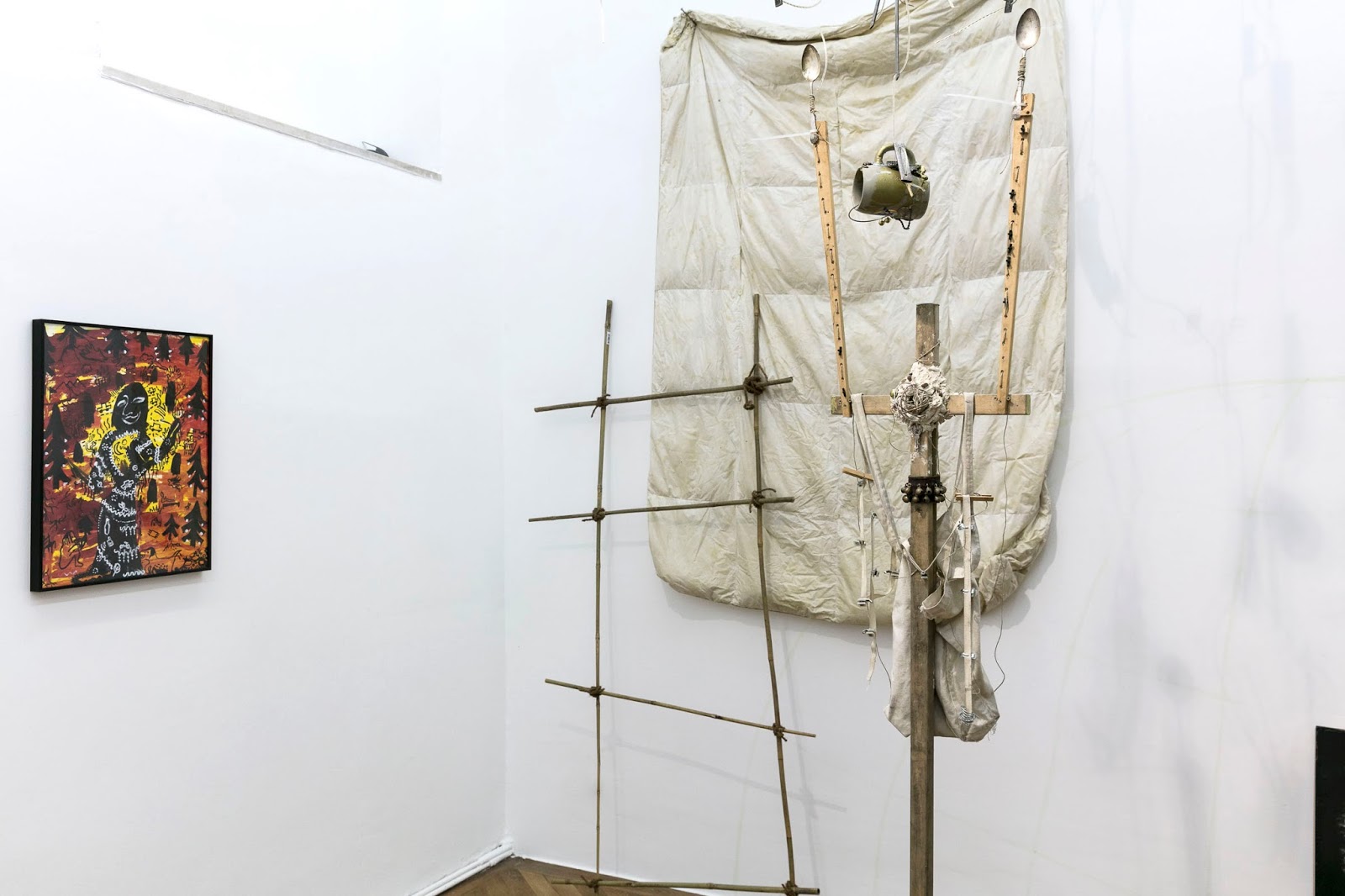 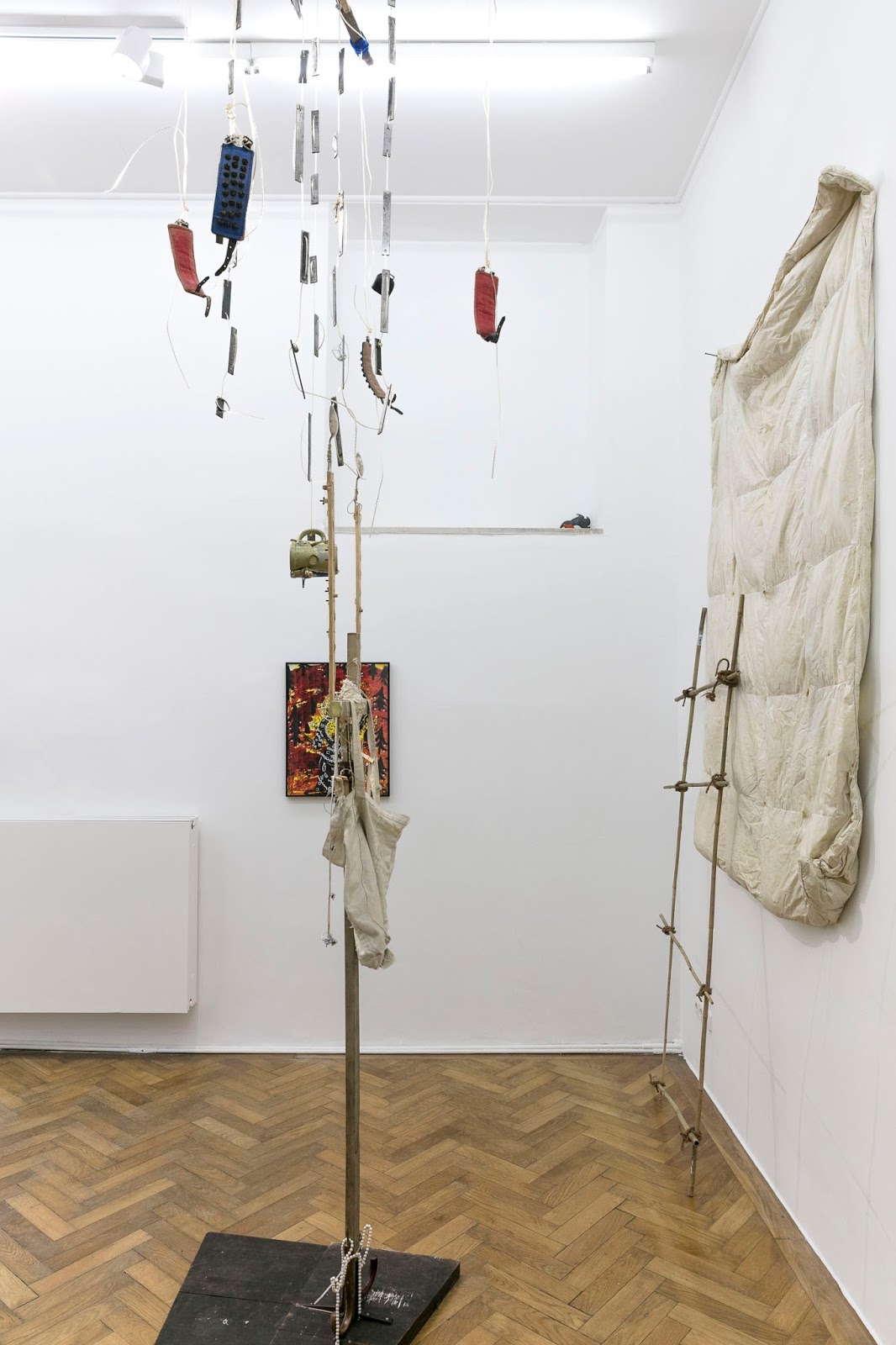 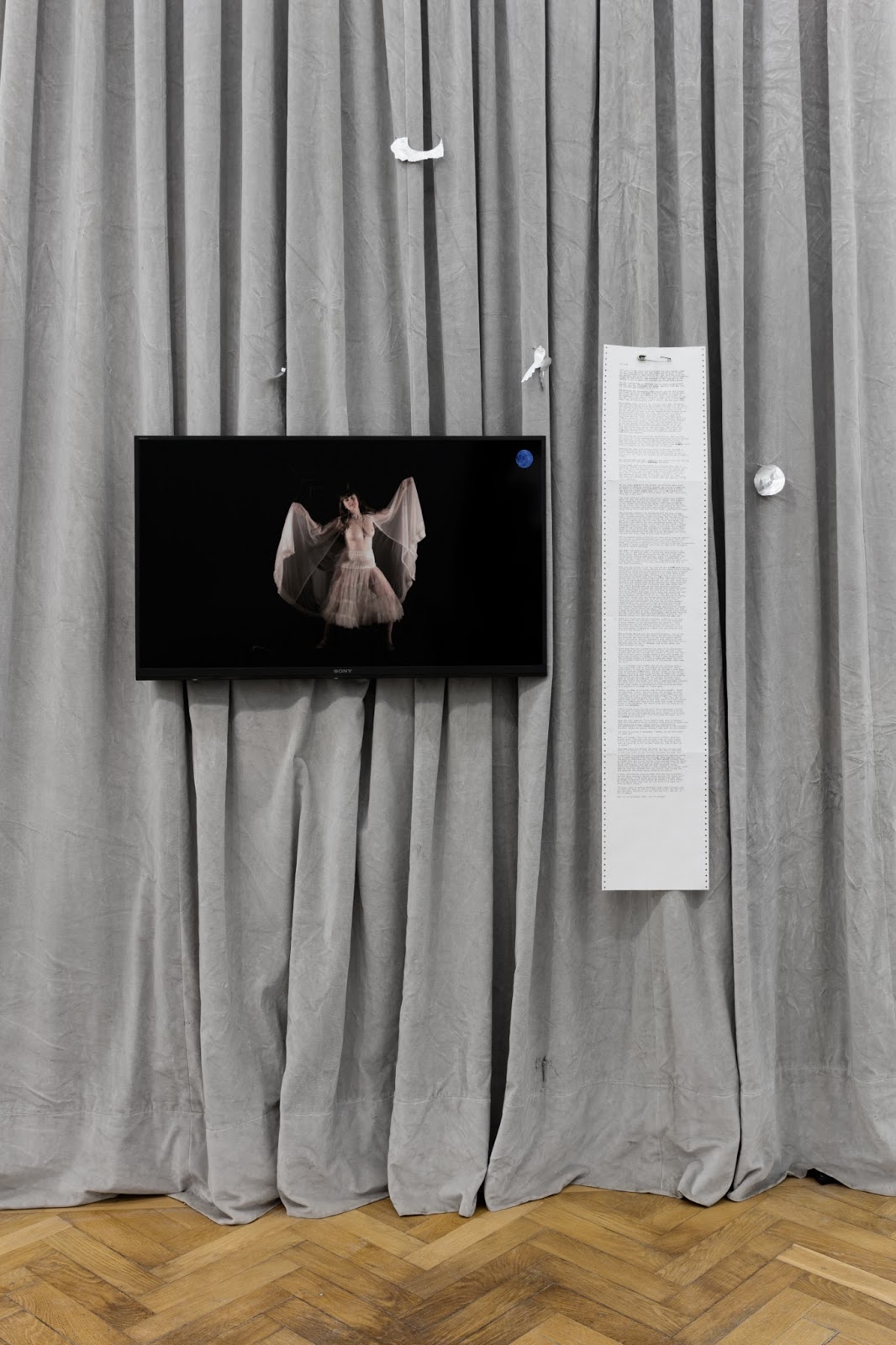 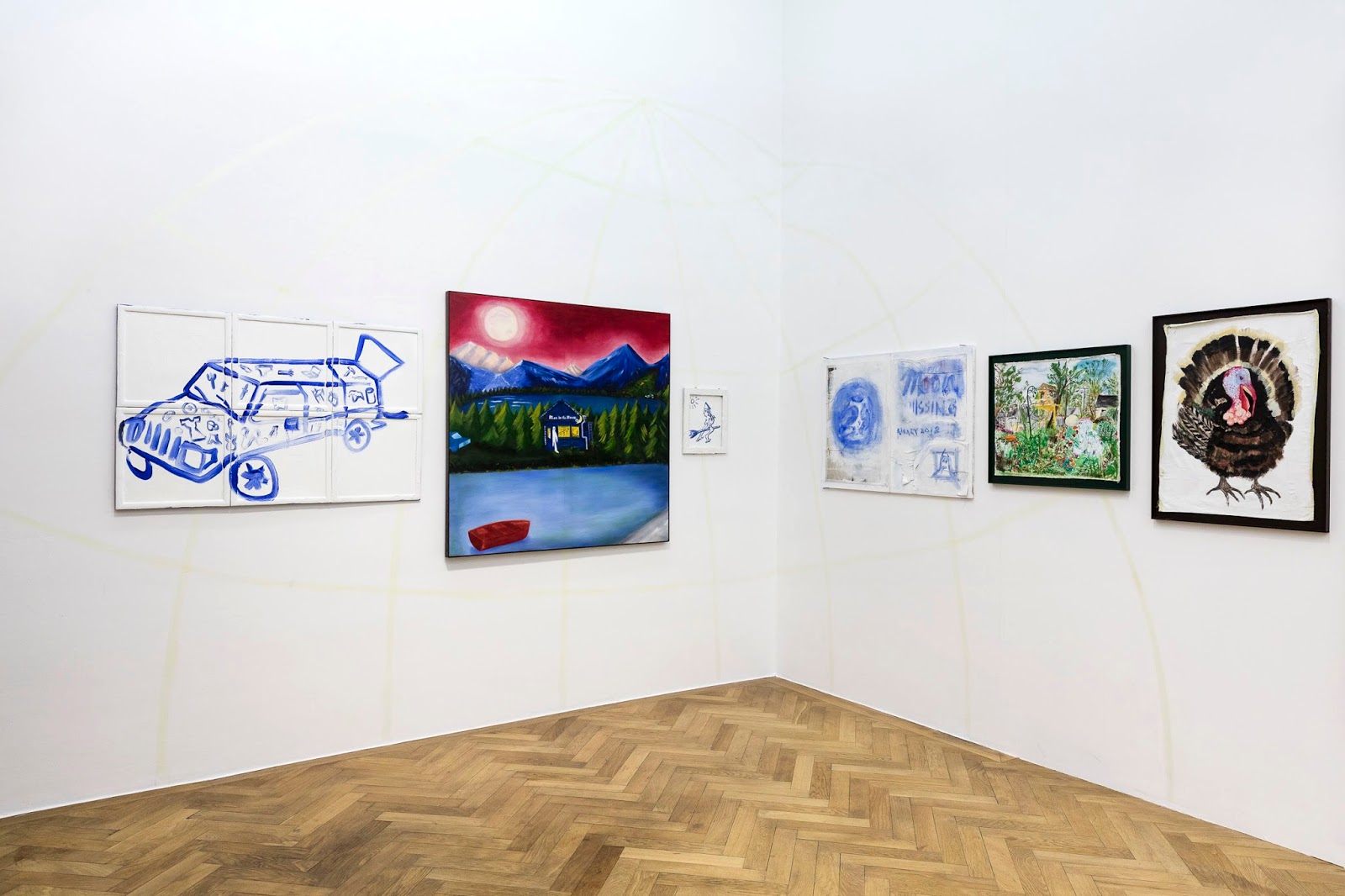 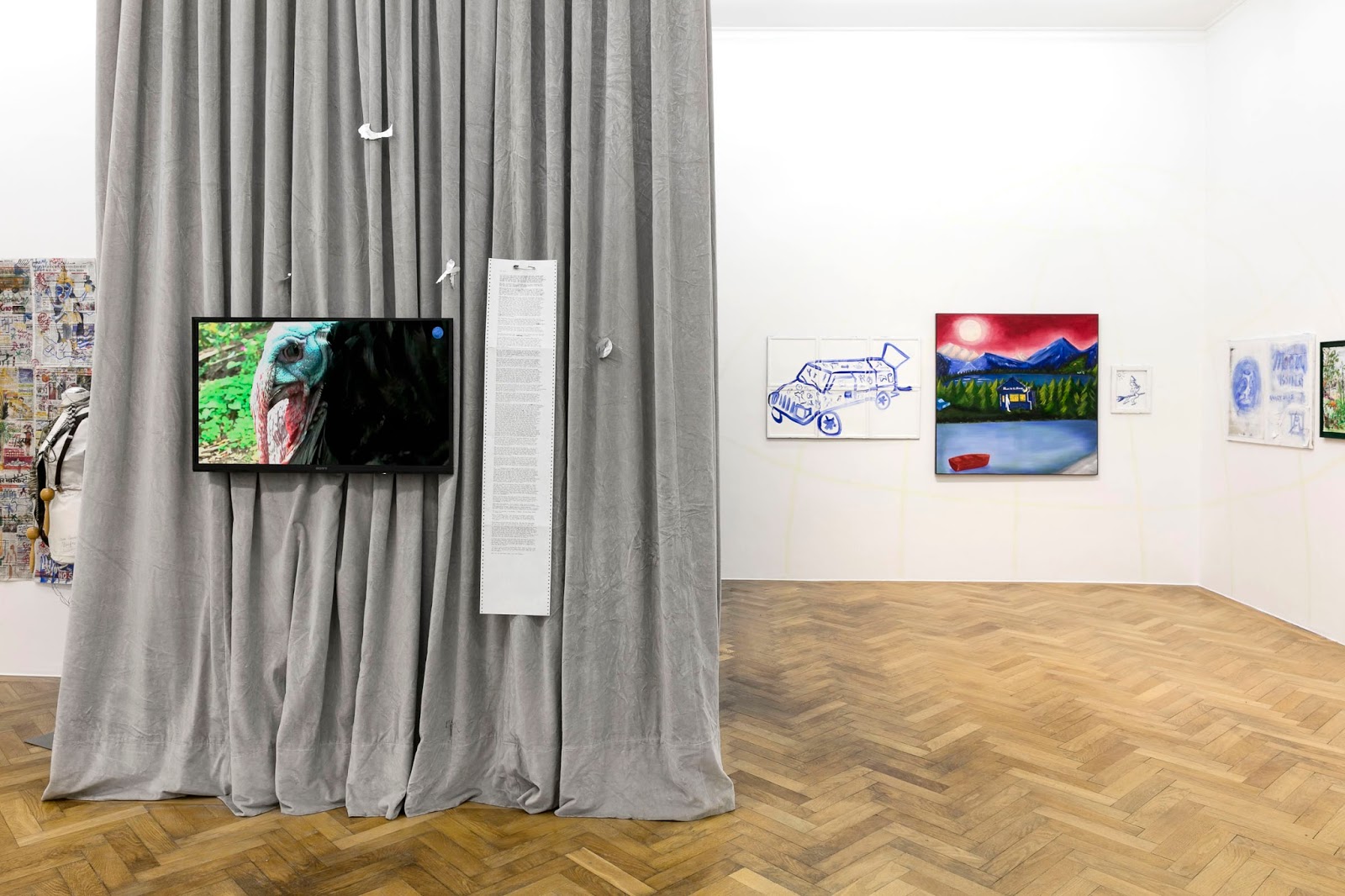 The title means a reflection, which is nocturnal, cool. The light is indirect like that of the moon, which will not acquire fullness in February 2018. At the same time, the title stands for attraction, which goes as far as copulation. One does not just necessarily follow the other. More so, that which seems far away is also always close, or that man lives on earth and in the universe at the same time.
Anna McCarthy tells of her travels of the past year: A residency in Detroit/Hamtramck, roadtrips in the Bavarian countryside and a package holiday to India. A series of works are dedicated to a "postcapitalist utopia", which McCarthy came across in the Motor City. In Bavaria, the eye of the police is always watchful, in this case when it comes to illegal camping. A landscape by Anna McCarthy shows a police car and a tent on a distant bank of a lake. On a closer strip of land a pub stands: "The Man in the Moone", dark blue with yellow lit-up windows. A drunk ghost staggers out of the door in the direction of a car. The real moon hangs like a lamp in a red sky. Red is also the color of the rowing boat, which waits in the water up front. The road that leads us into Southern Germany is a hard line that runs along the front of the lakeside, which also seems drunk or like a lightbox. For the horizontal painting, McCarthy has a vertical counterpart: A couple, the man dressed elegantly in a green shirt, the woman with a bouquet of flowers in front of a white dress, behind it a house, above it the night, within it the moon, which shines on a field, which if you like could be interpreted as resembling a cemetery. The couple has everything, but faces. It seems lit up from the front, whilst the landscape with the pub is lit from behind. In both pictures family and world, or house and pub, can be seen. The artist seems to have travelled a lot, a polyglot in the sense that she paints, sculpts, writes poetry and is a musician.
And the horizon for many things is Christianity, not of confession, but it derives from it. Anna McCarthy definitely draws this line herself though. It stands out that this line never breaks, when describing her work from an outward perspective. In the 2016 catalog to the exhibition Favoriten III at Lenbachhaus Munich there is talk of Anna McCarthy and her "longterm dealings with the downfall of the West". The talk is of an occurrence, which must be singular or a one-off and continuous or permanent at the same time. And downfall can itself be the end, but also a release or redemption. All things Western seem stranded when Anna McCarthy lays them out before us. The current occurrences and things are what they are, they are themselves a text, which pale when commented on, a mythical text. These same things Anna McCarthy addresses, not just in the present, but also in the past and as lying in the future: As a relic and as a promise, as an archaeological find, which seems older than stuff and as an expression of youth, which lasts longer than actual youth.
In The Man in the Moon (and she likes it) Anna McCarthy draws on the walls of the exhibition in a net of almost invisible lines. The darkening of the exhibition for the musical performance at the opening will let them glow. And in the cellar the moon will have risen already with the help of pepper's ghost technique. There will therefore be a line drawn between the upstairs and downstairs. We pass this border, as soon as we experience time not just passing by, but as something perennial. Or the experience only then acquires length(permanence) or reality when it is calm and punch drunk, light headed, but also dark. Even the demystification of the world can only be attained via mystification. It is rational to build a car or to drive it, but it is irrational to want to have one. It is more innocent to endure soberness with drunkenness. "The Man in the Moone" pub is not just a place in which to forget the world, but is the place where the world first acquires true fullness.