Aneta Kajzer / Manuel Stehli | Out of Touch / Out of Time 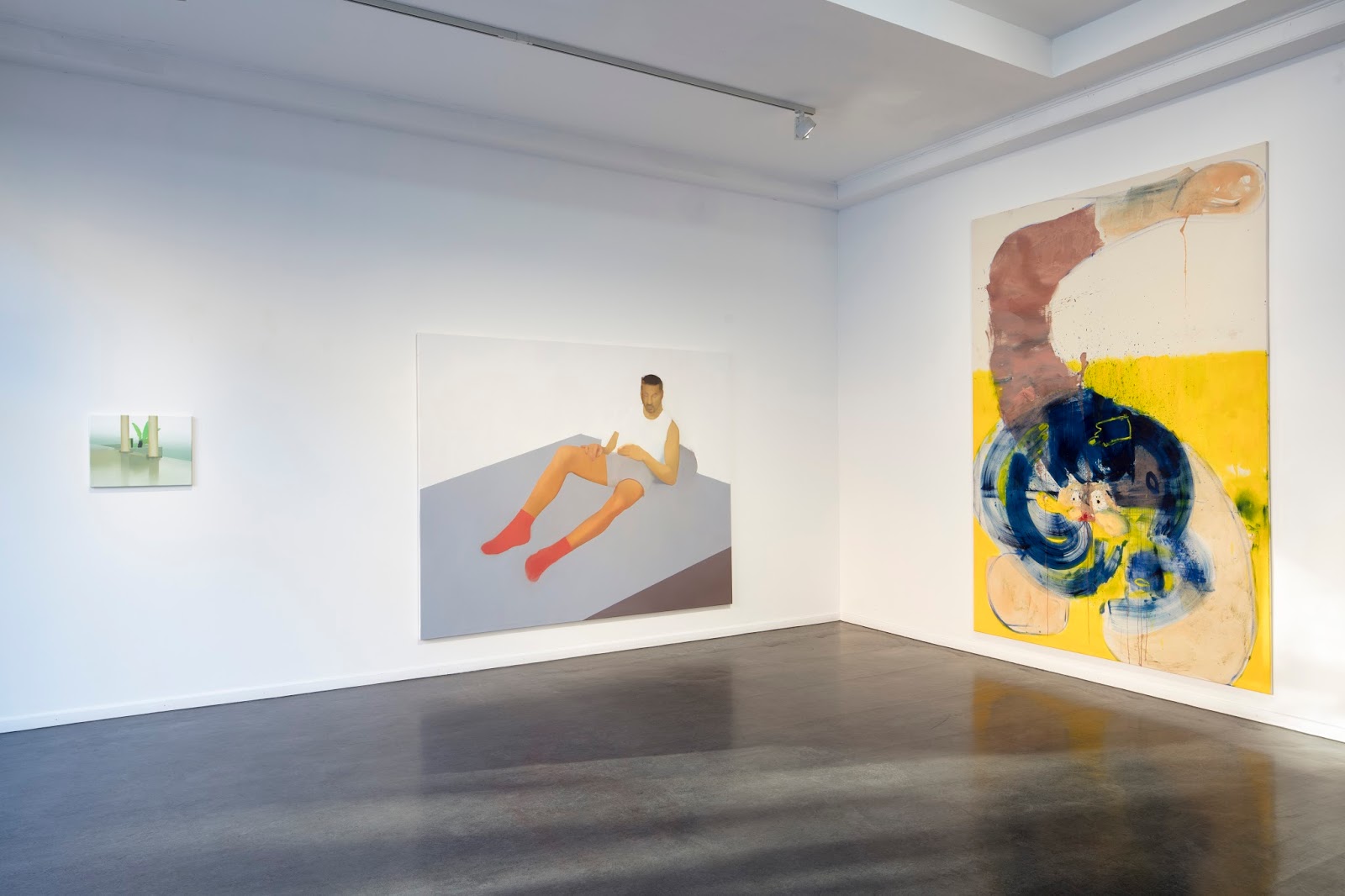 Installation view Out of Touch / Out of Time, Künstlerhaus Bethanien 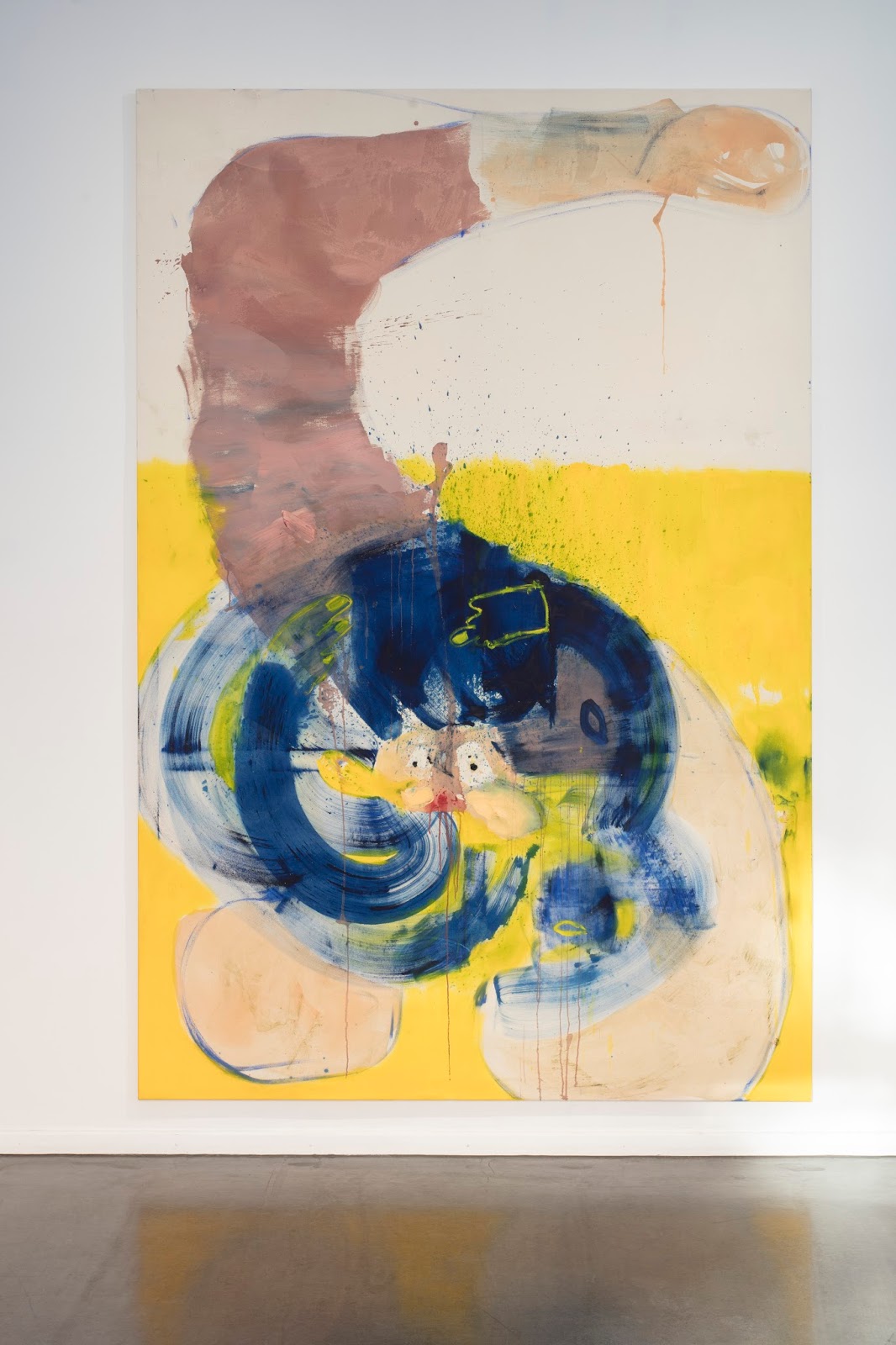 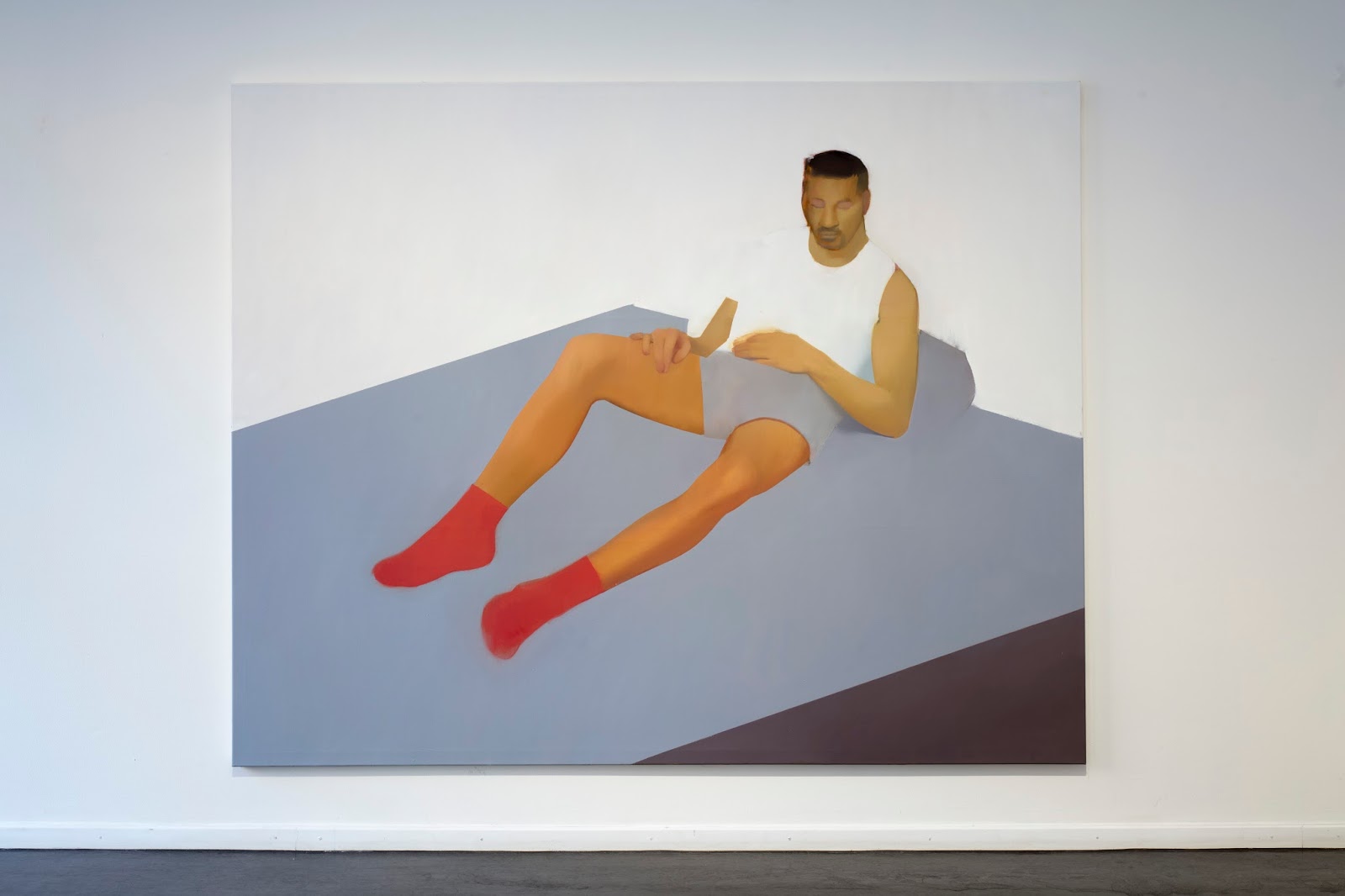 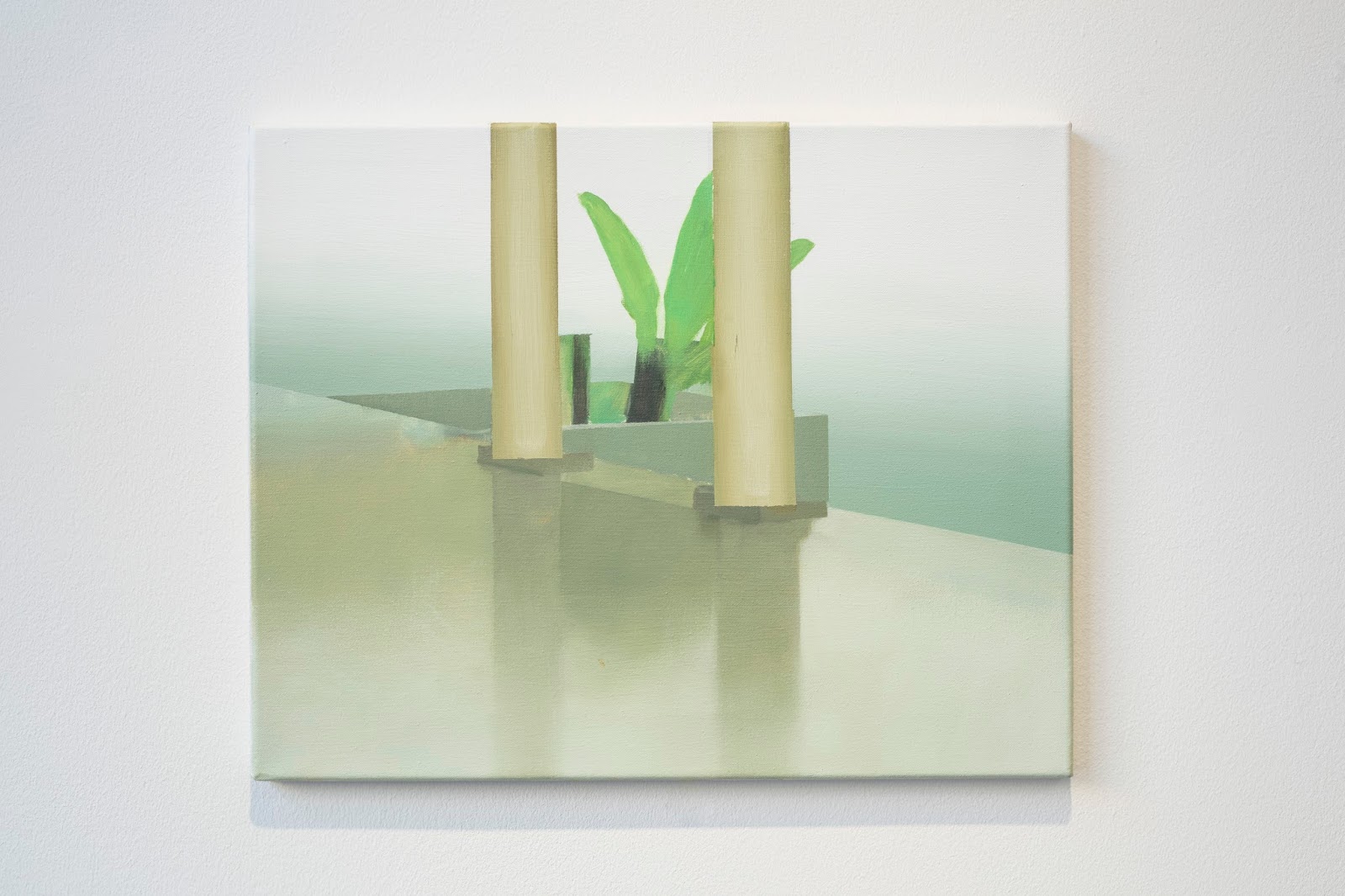 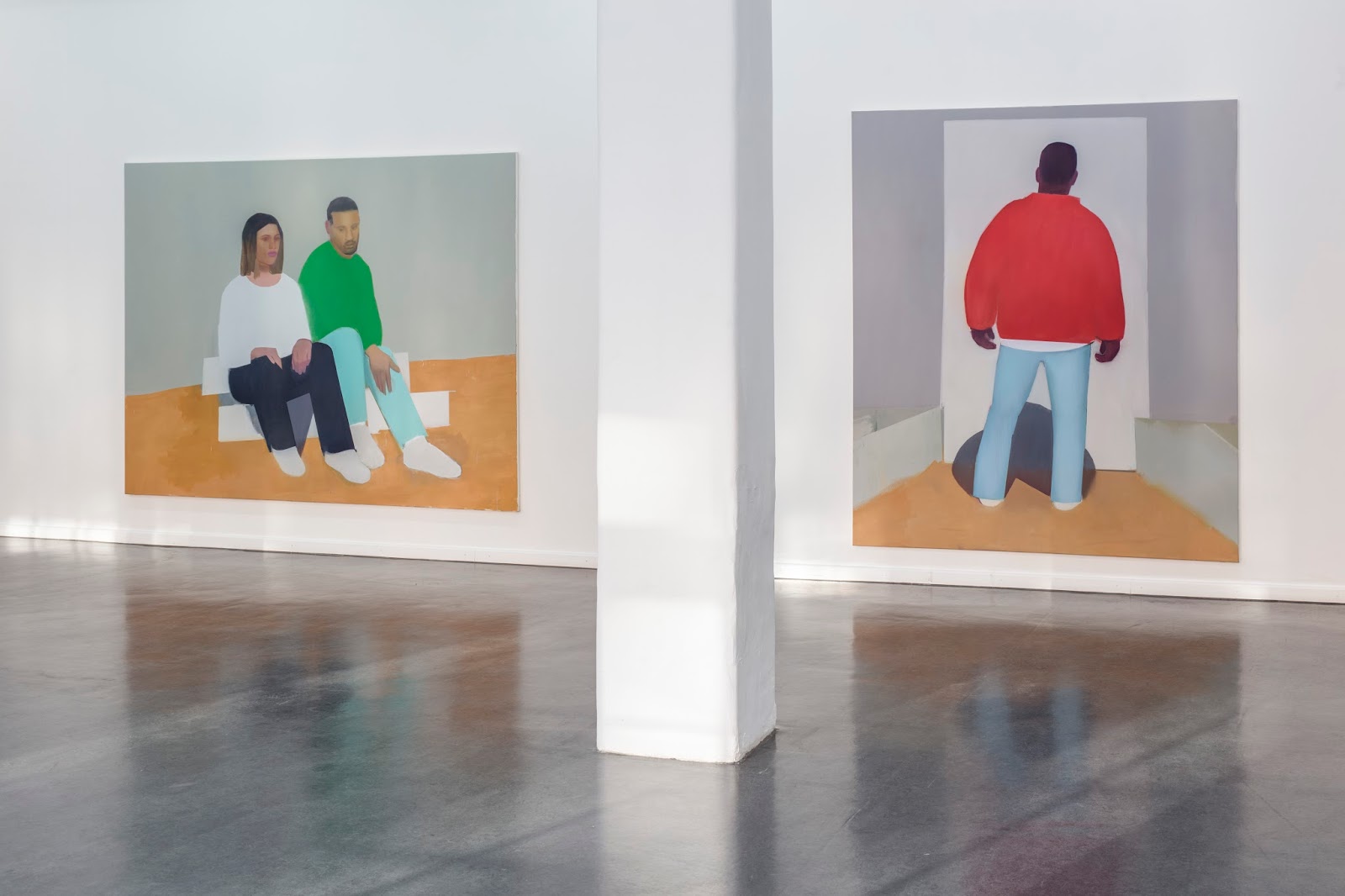 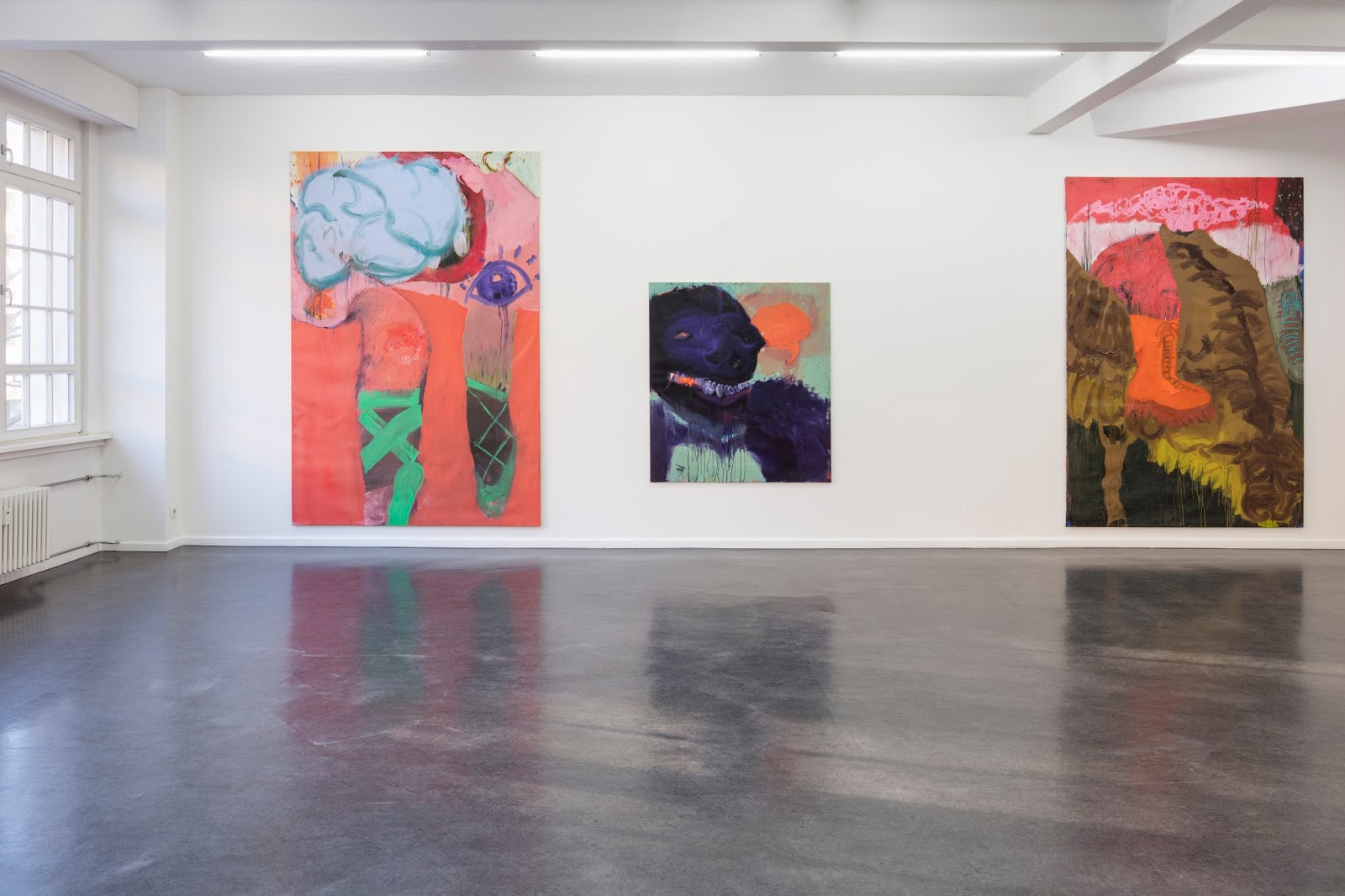 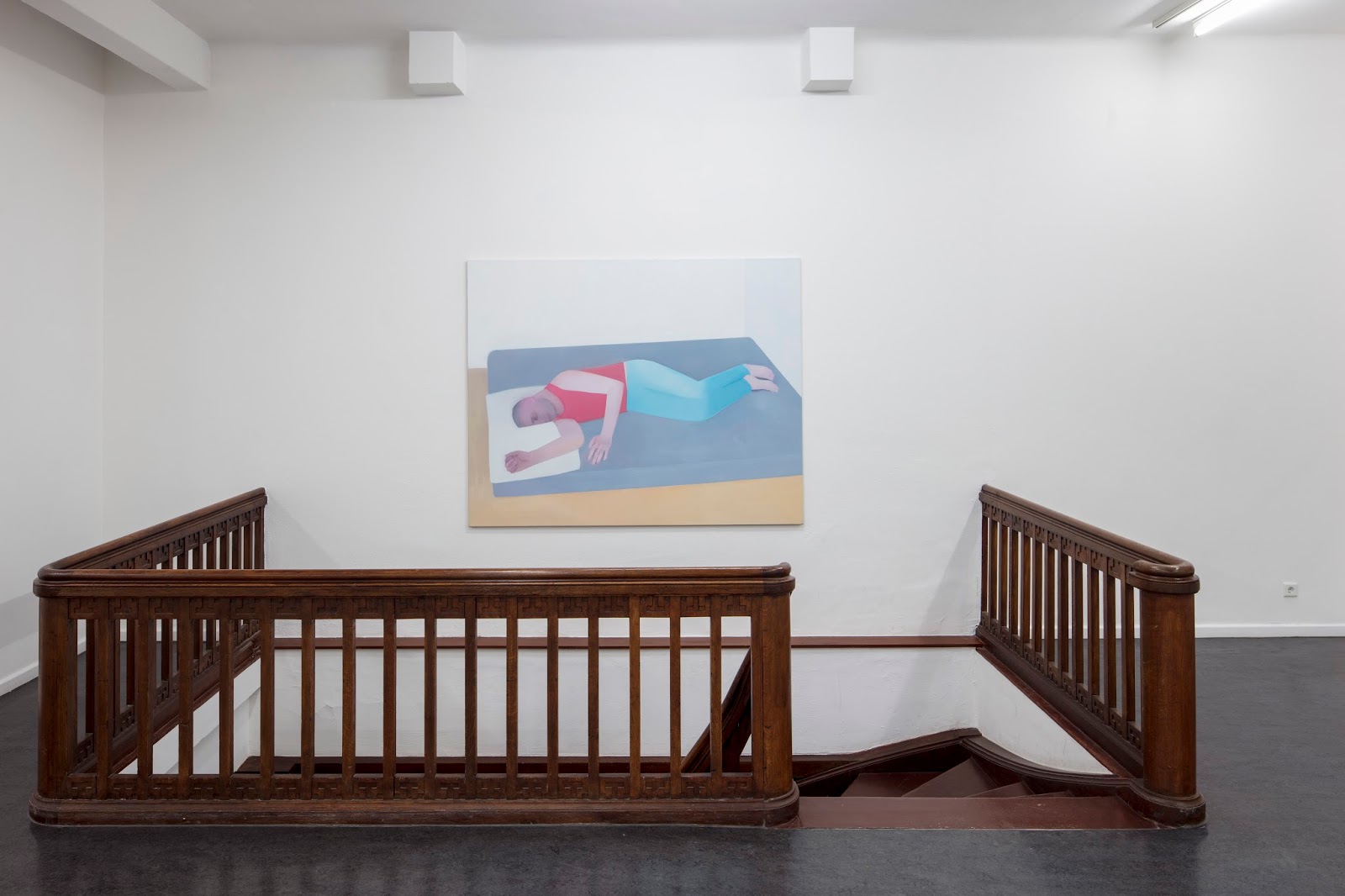 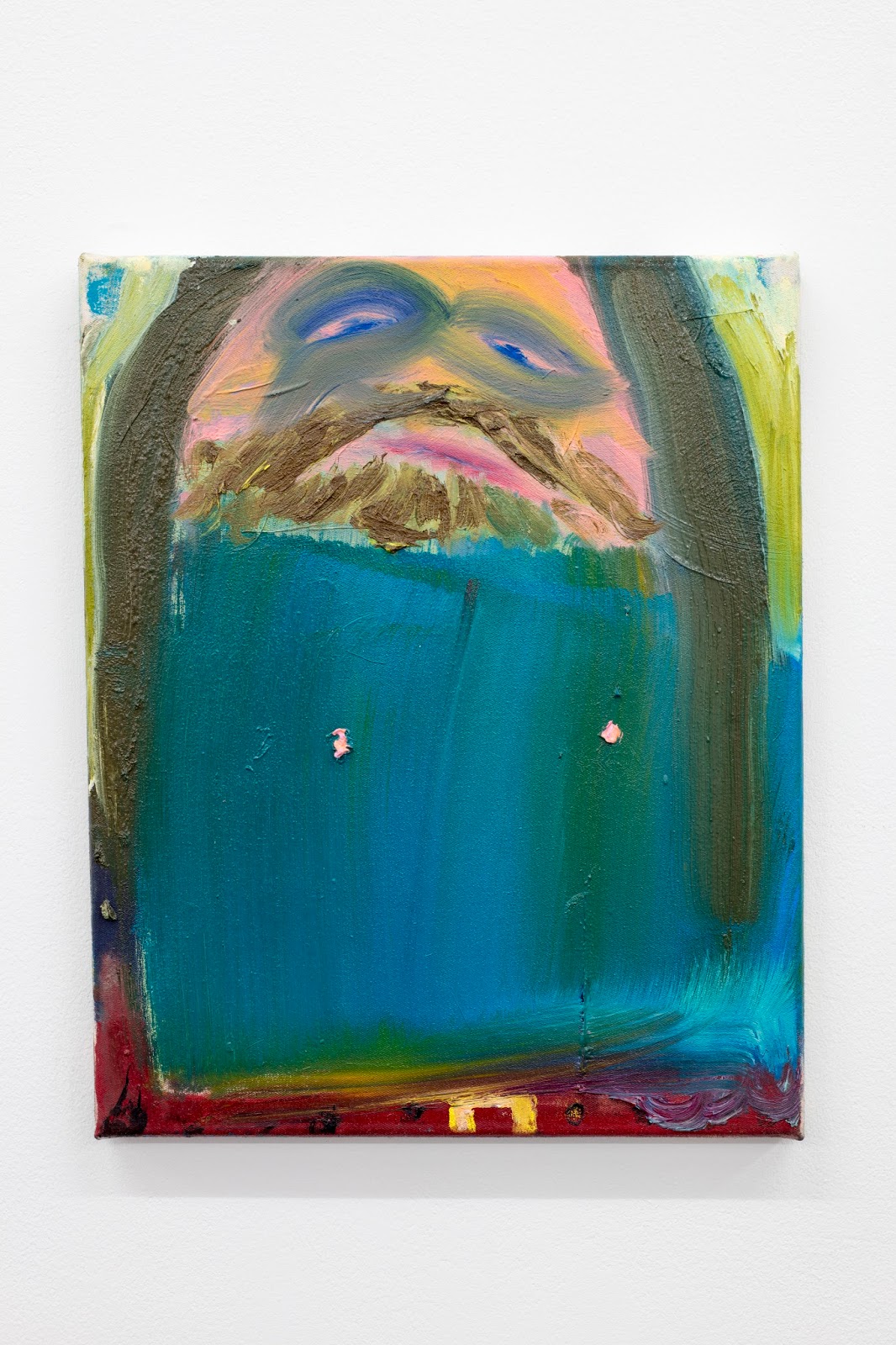 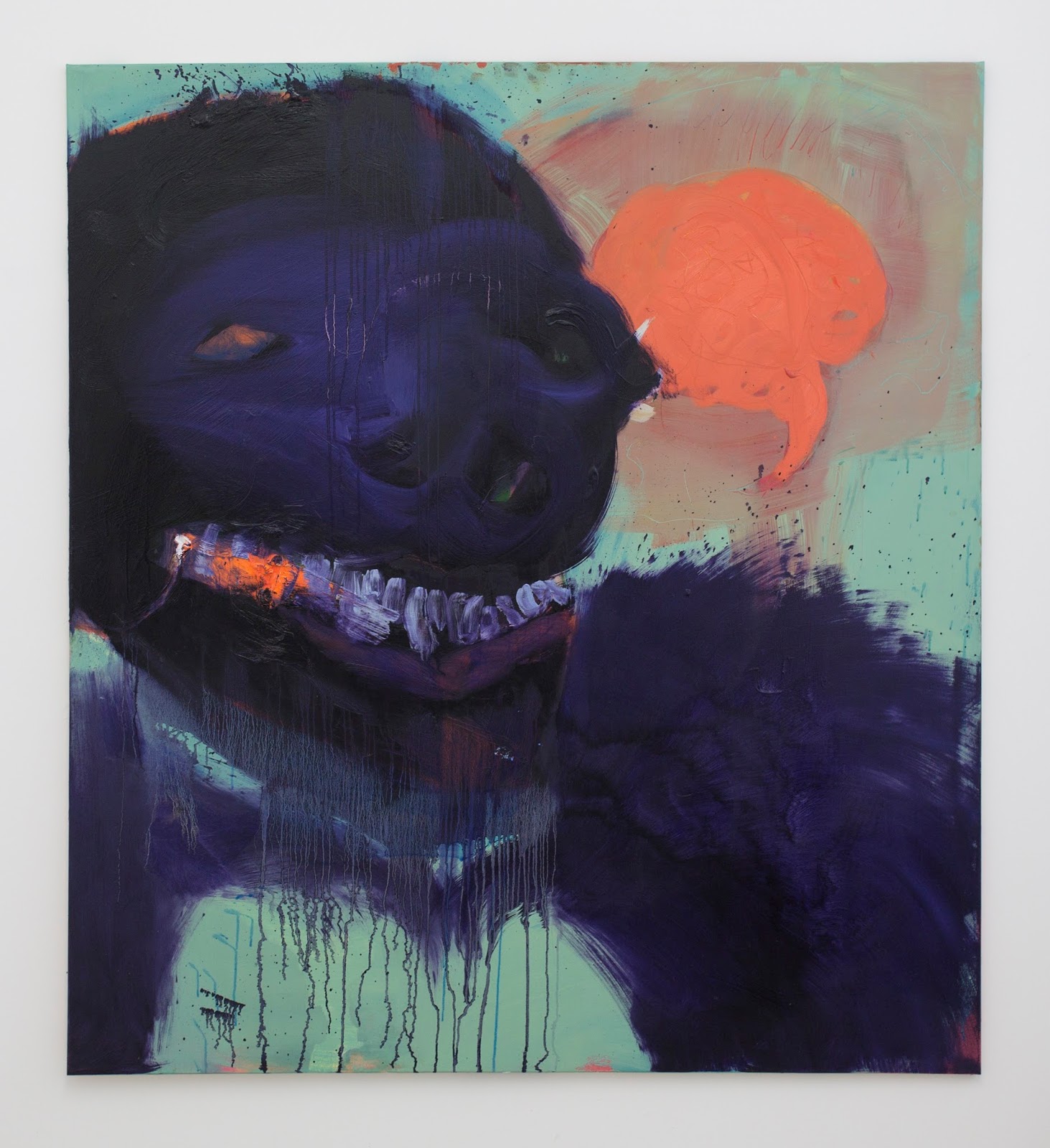 You're out of touch
I'm out of time.

The slash is used as an punctuation mark to express relationships and circumstances. According to Roland Barthes the slash has the unique characteristic of being able to point out similarities as well as differences.
The double exhibition Out of Touch / Out of Time by Aneta Kajzer and Manuel Stehli deals with the significance of this semiotics in a special way. Two positions in painting come together postulating an affinity in their very distinctions from one another. In Out of Touch / Out of Time, in search of an unambiguous statement from the works the viewer is confronted by his own attitude of expectation. Ultimately, it is precisely this ambiguous legibility of the paintings that unites the two artistic positions despite their formal differences.The slash in the title can thus be read as a connecting or separating element. At first glance, it initially separates Aneta Kajzer's exhibition Out of Touch from Manuel Stehli's exhibition Out of Time.But what happens if the slash is interpreted in the opposite way? Then Out of Touch / Out of Time is a sum of two solo exhibitions, which invites to make commonalities as well as differences visible and thus negotiates the situation of the tête-à-tête of two artistic positions as such. To support this idea, the artists worked with the diagonal of the two different rooms and interpreted it as an imaginary slash.

Aneta Kajzer
Out of Touch

The pointe technique belongs to a ballet dancer like her tutu and expresses elegance, grace and fragility. In the painting Ballerina (2017) by Aneta Kajzer, however, the pointe shoes depicted seem to fall from this traditional idea. The feet which wear them are not small and fragile but bulging and are stretched almost over the entire canvas. Instead of effortless tippling it seems to be a powerful stamping. A movement of protest and rejection. Against the conservative image of women which was generated by the figure of the ballerina and in particular by the pointe technique of the 19th century. Aneta Kajzer manages to touch themes in her pictures that you think you have understood in first place. But her pictorial world changes between humor and seriousness. The figures that Aneta Kajzer paints elude normativity. They have deformed limbs, funny-looking faces and are oversized. They move on the threshold between ugliness and humor and rise questions about sexuality, gender and ideals of beauty. The paintings from Aneta Kajzer tell a story from abstraction to figuration. On large-format canvases, the artist experiments with contrast-rich color settings and develops her motifs in an intuitive process by applying layers of color for layers of color, mixing them together and possibly scratching them down again. This technique leads to the fact that traces of previous movements and previously used colors become clear in her pictures and set accents in the overall composition.

Manuel Stehli
Out of Time

Five people are in a house. While one man lies broad-legged in the entrance, another man lies exhausted on a mattress. They seem to know they're being watched. That's why a third man blocks the view. In opposite to a couple which seems to approach the observers. Five people are in a house without meeting each other. They are isolated. They are vulnerable. In Manuel Stehlis' paintings, the surface serves as a means of isolation. His painting seems to exist without any narration or temporality; it is the space that dominates. The figures he paints seem to have no relation to their environment or reality. The poses in which the portrayed persons remain seem initially stereotypical and self-confident, but with a second glance, this supposed exhibitionism emerges as a voyeurism to which the figures seem to be exposed as pictorial motifs - always presented and exhibited in an interplay of them. While the figures thus enter into communication with the viewer, the architecture that Stehli paints seems to approach the exhibition space. The pictures reflect their surrounding. Employing muted colors, hard edges and geometric lines, in his works Stehli succeeds in submerging landscapes as well as figures in an atmosphere of ambivalence. The composition becomes a sociological field of experimentation, in which the relationships between the figures to each other and to the viewer and the exhibition space can be re-negotiated through subtle changes.