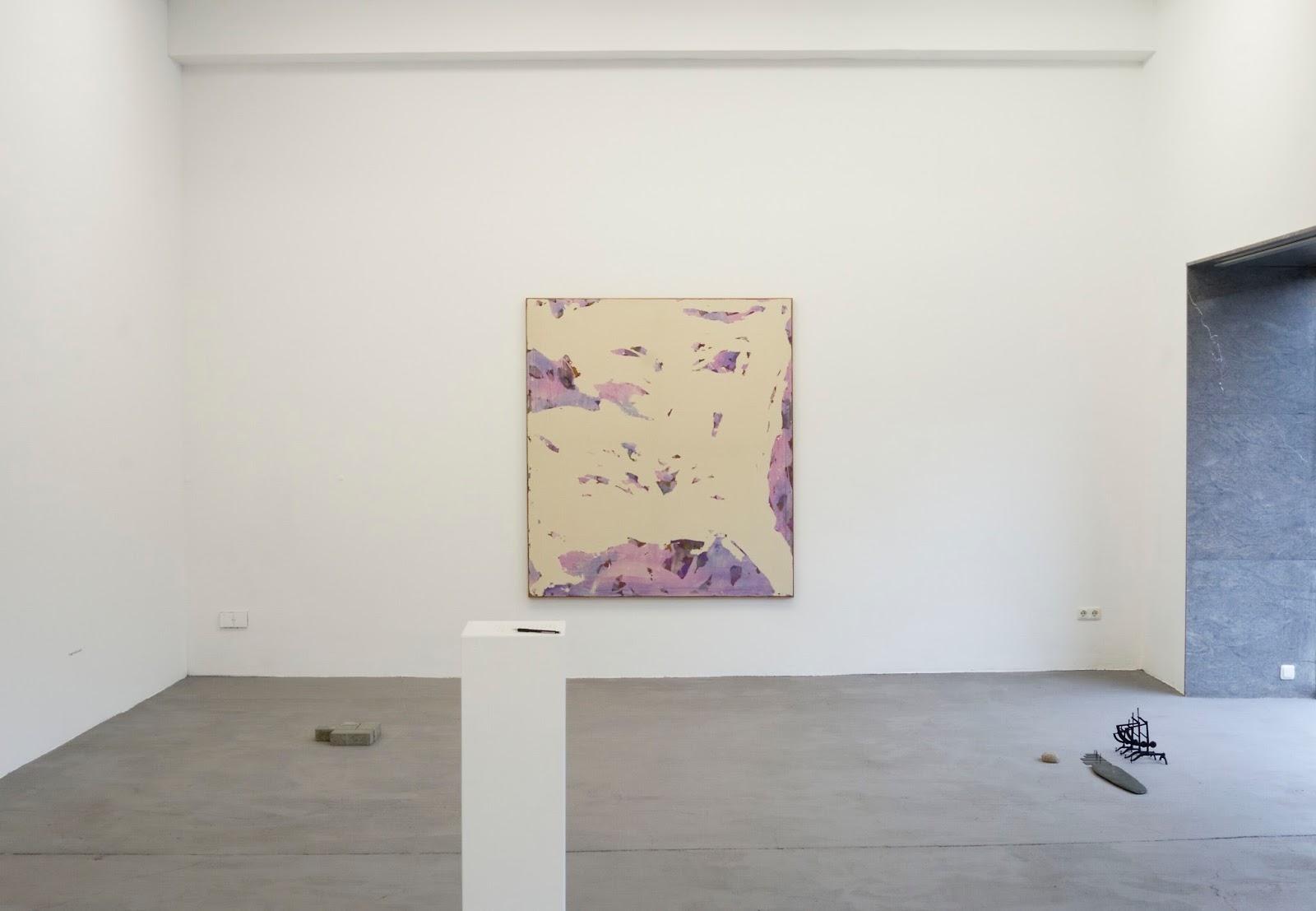 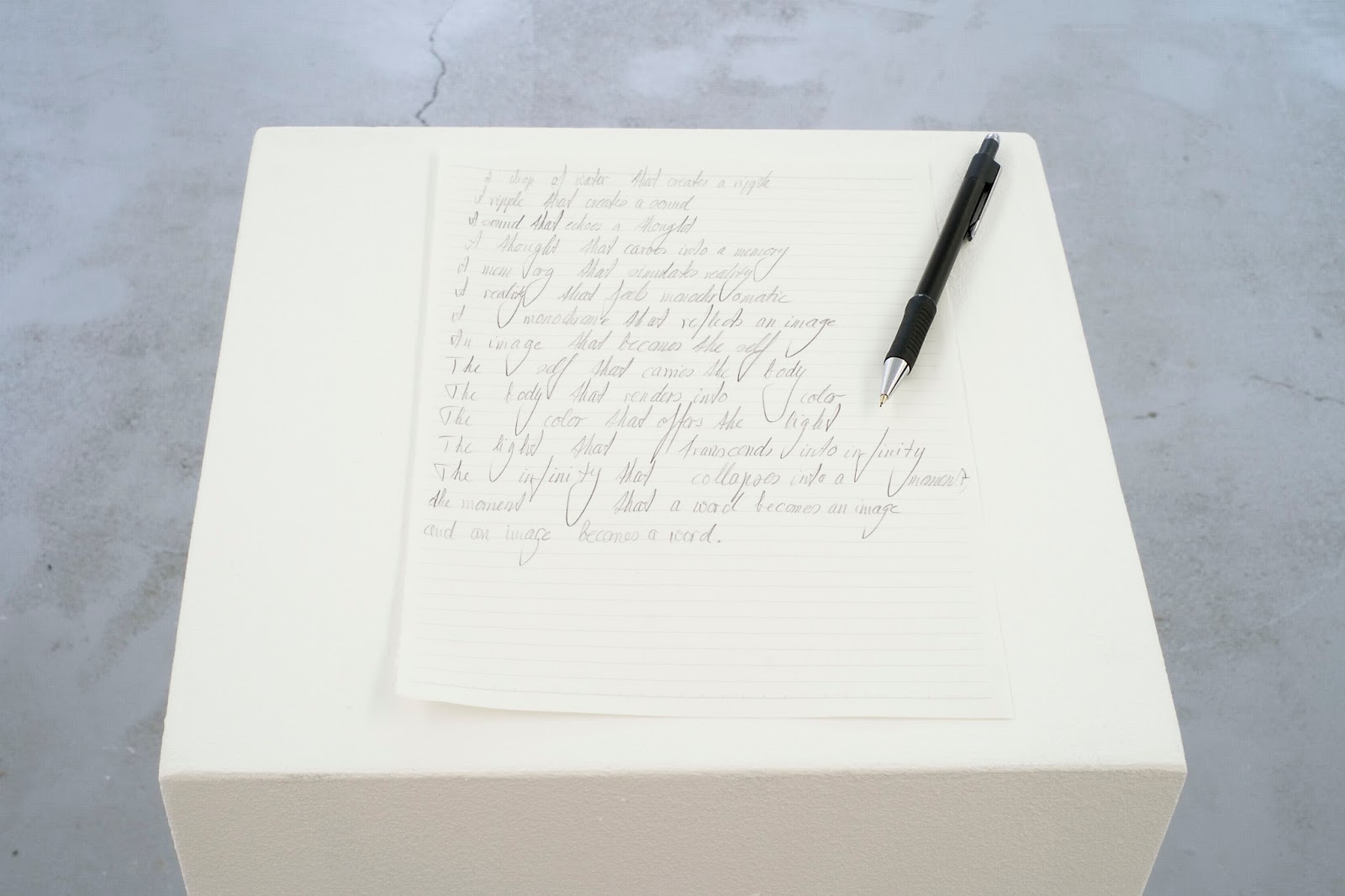 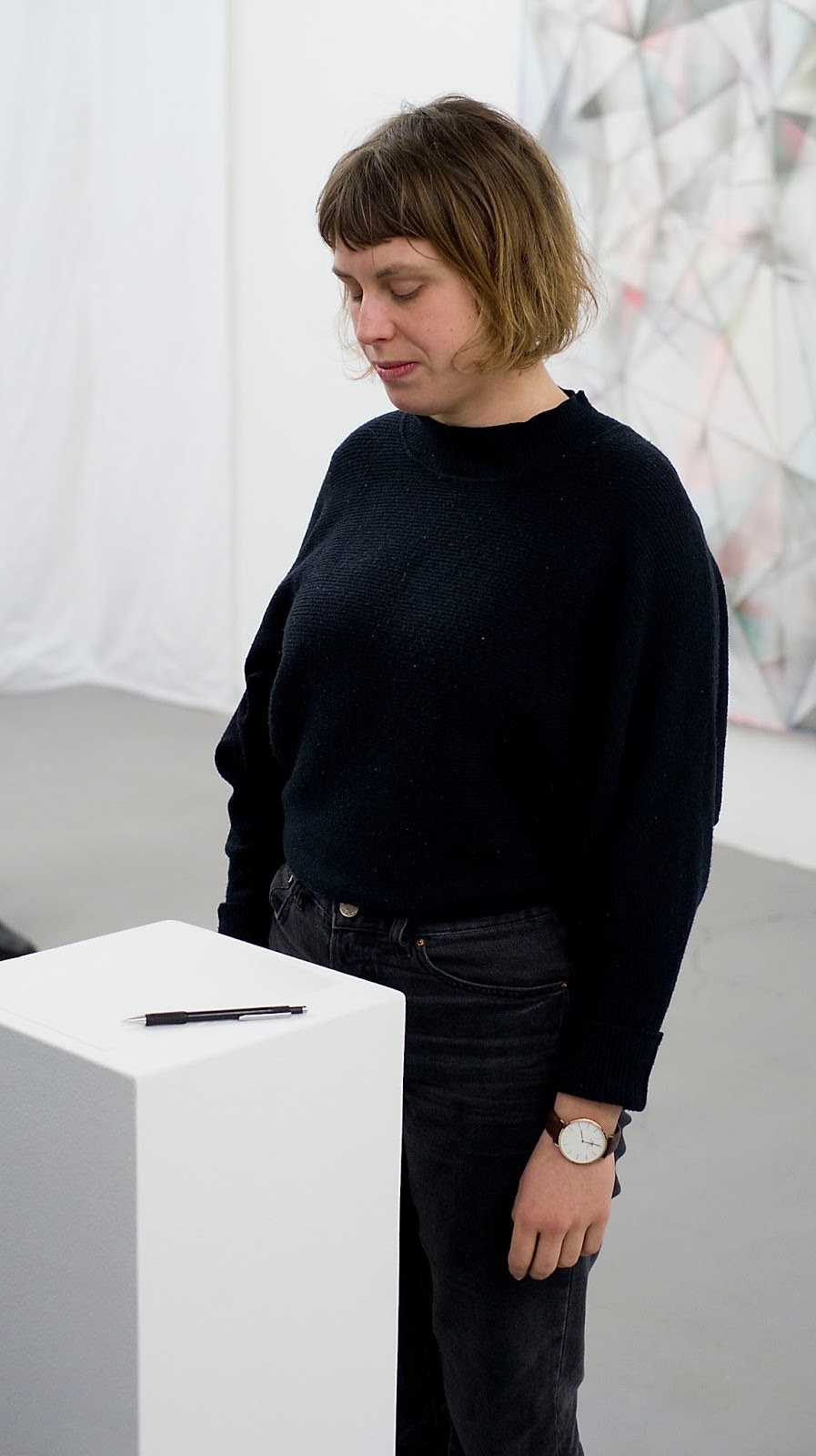 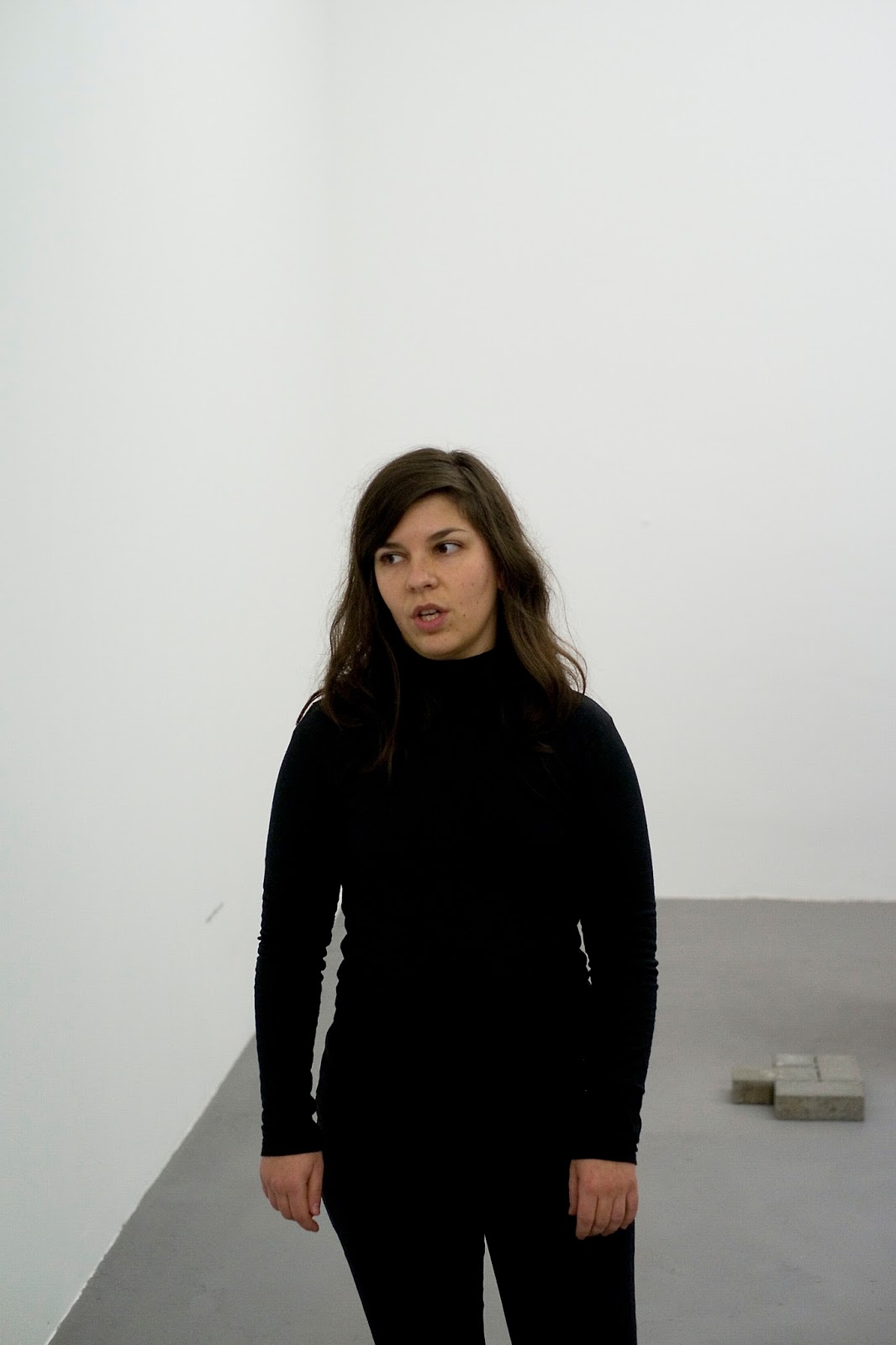 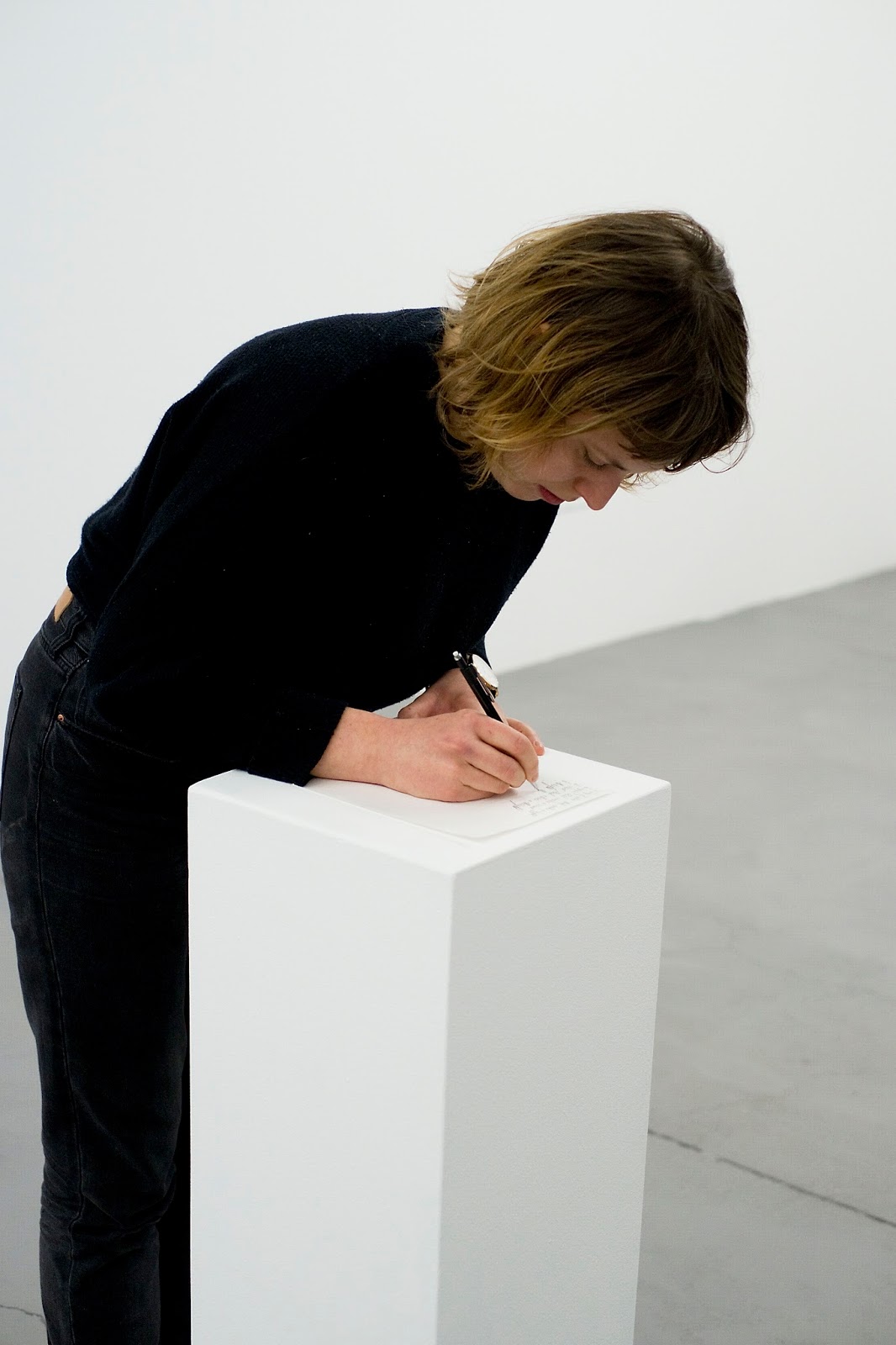 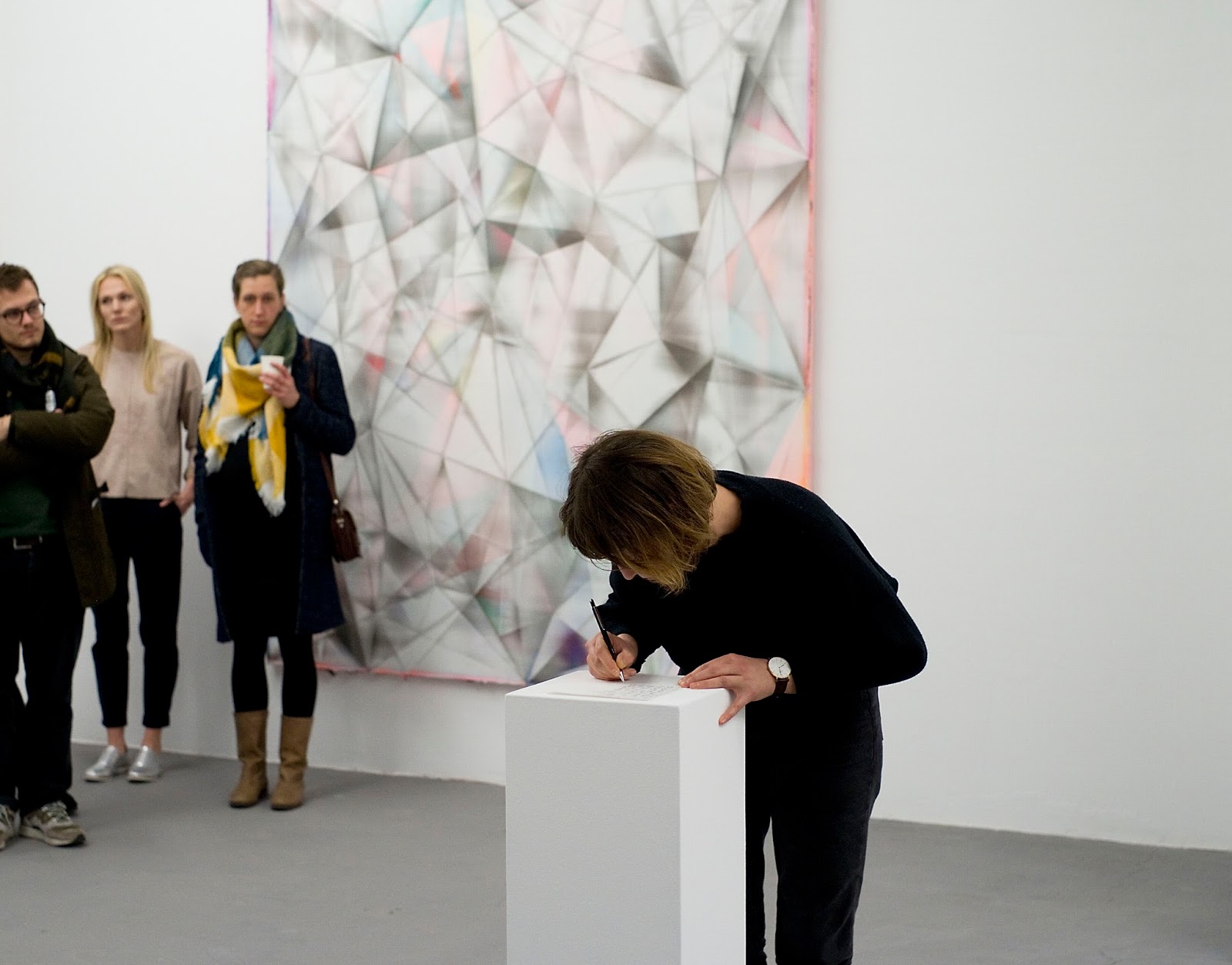 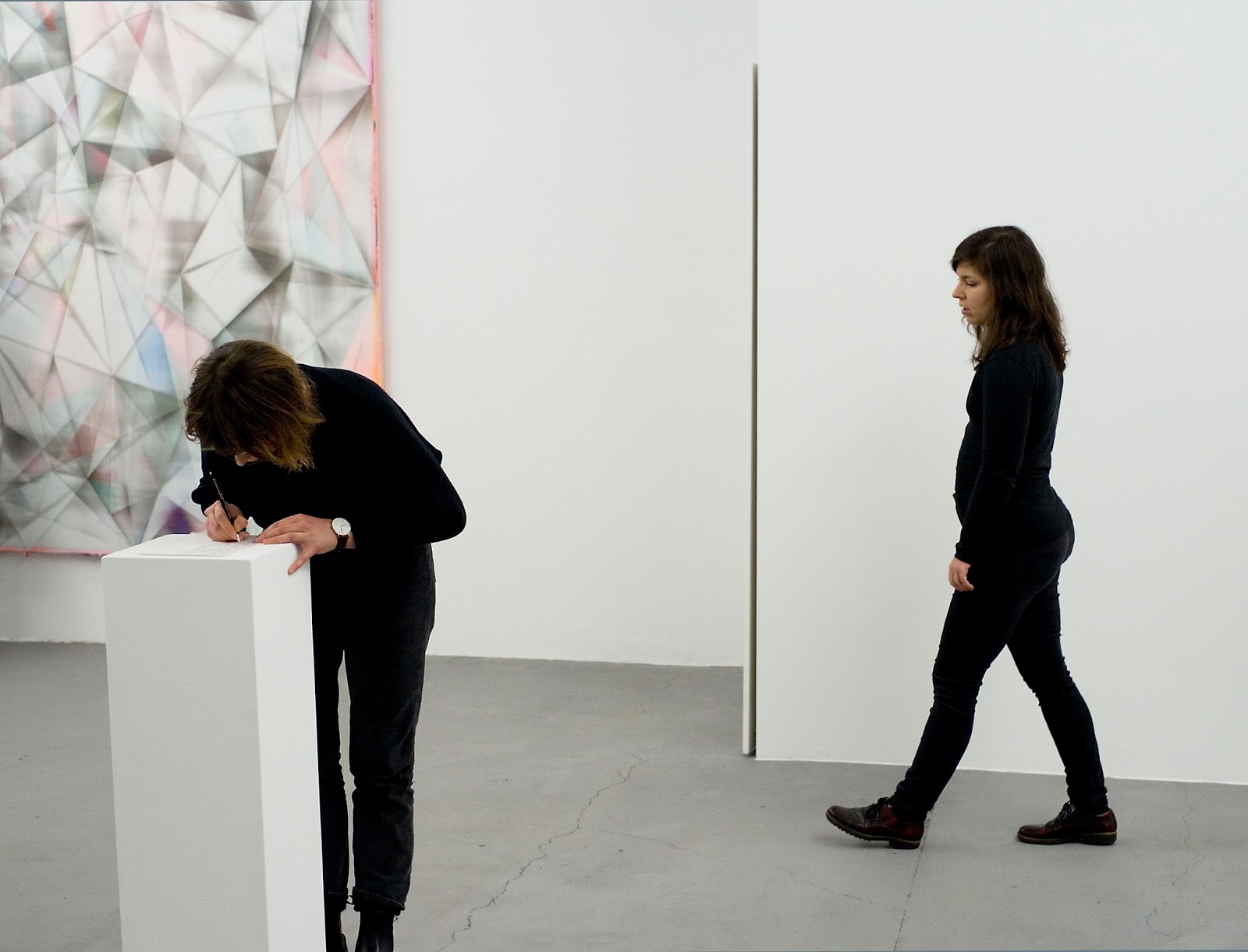 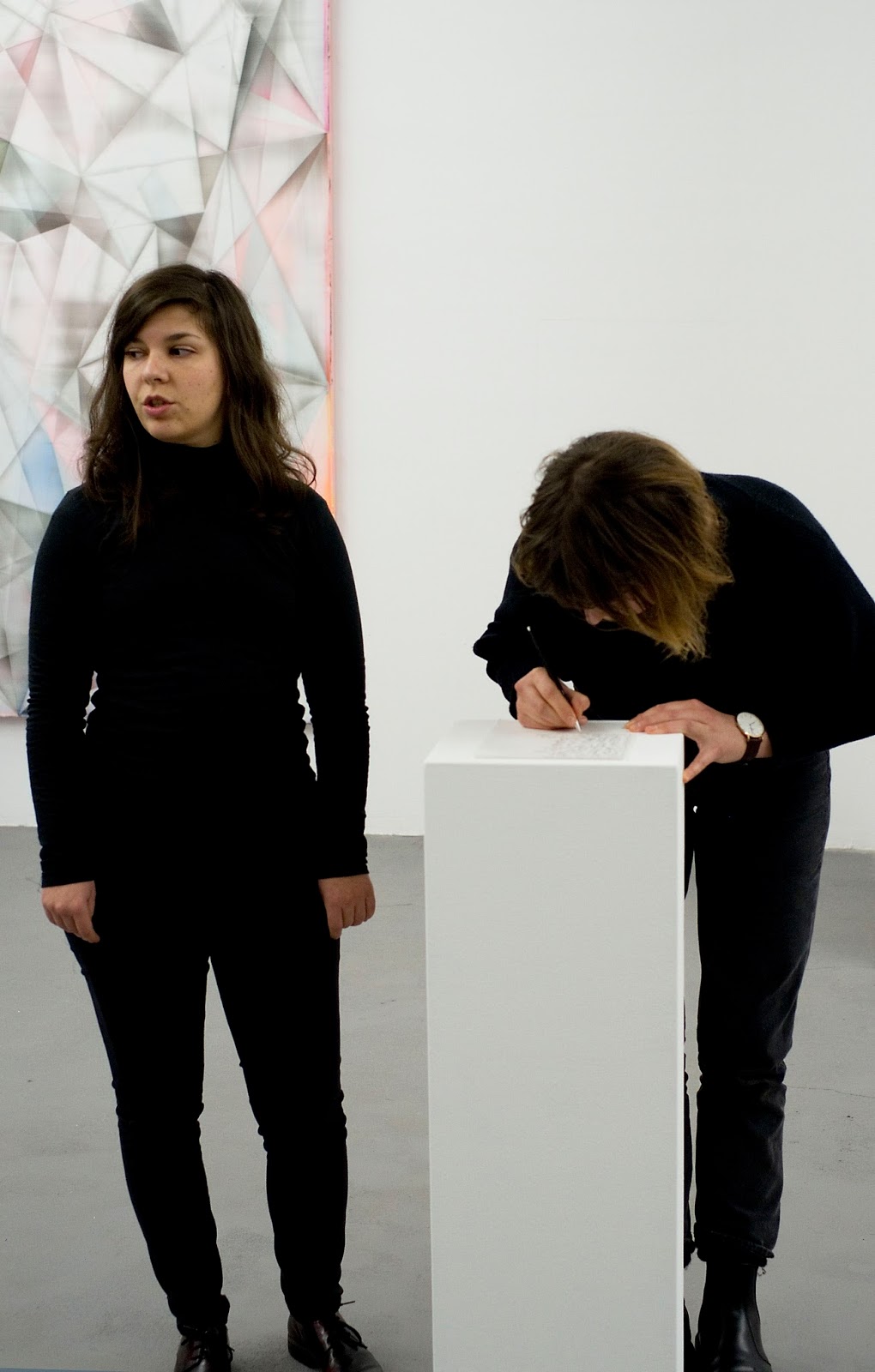 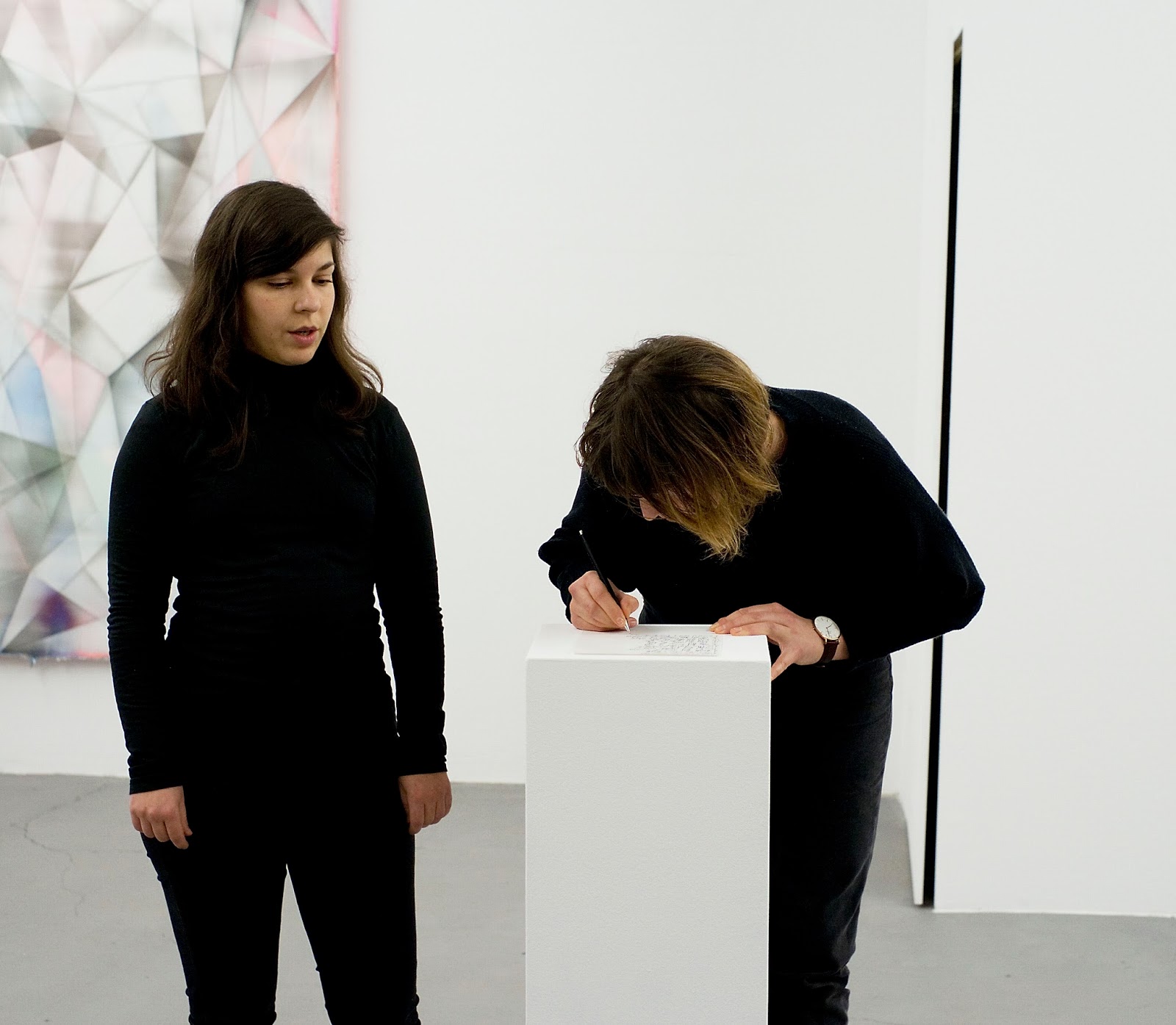 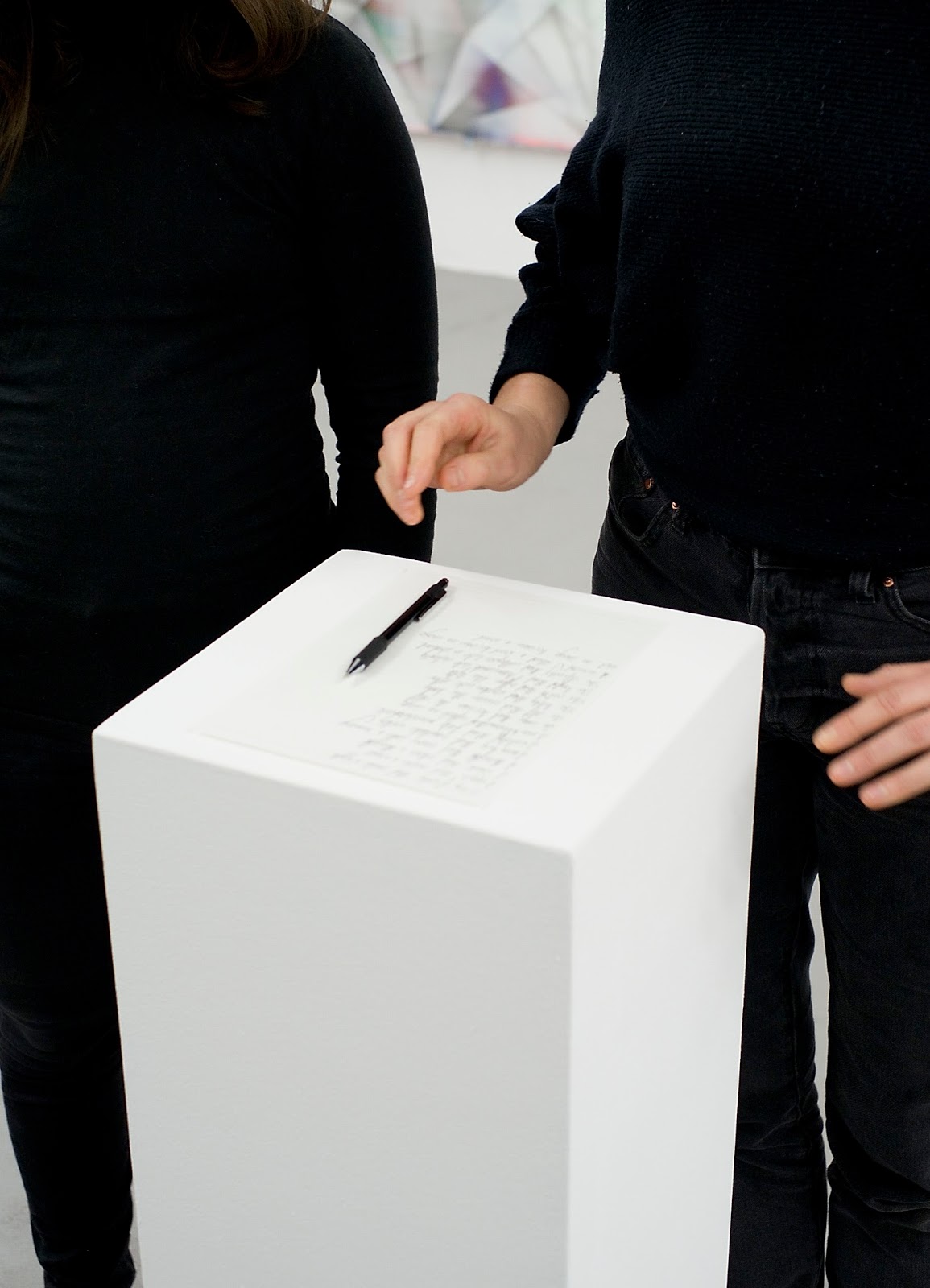 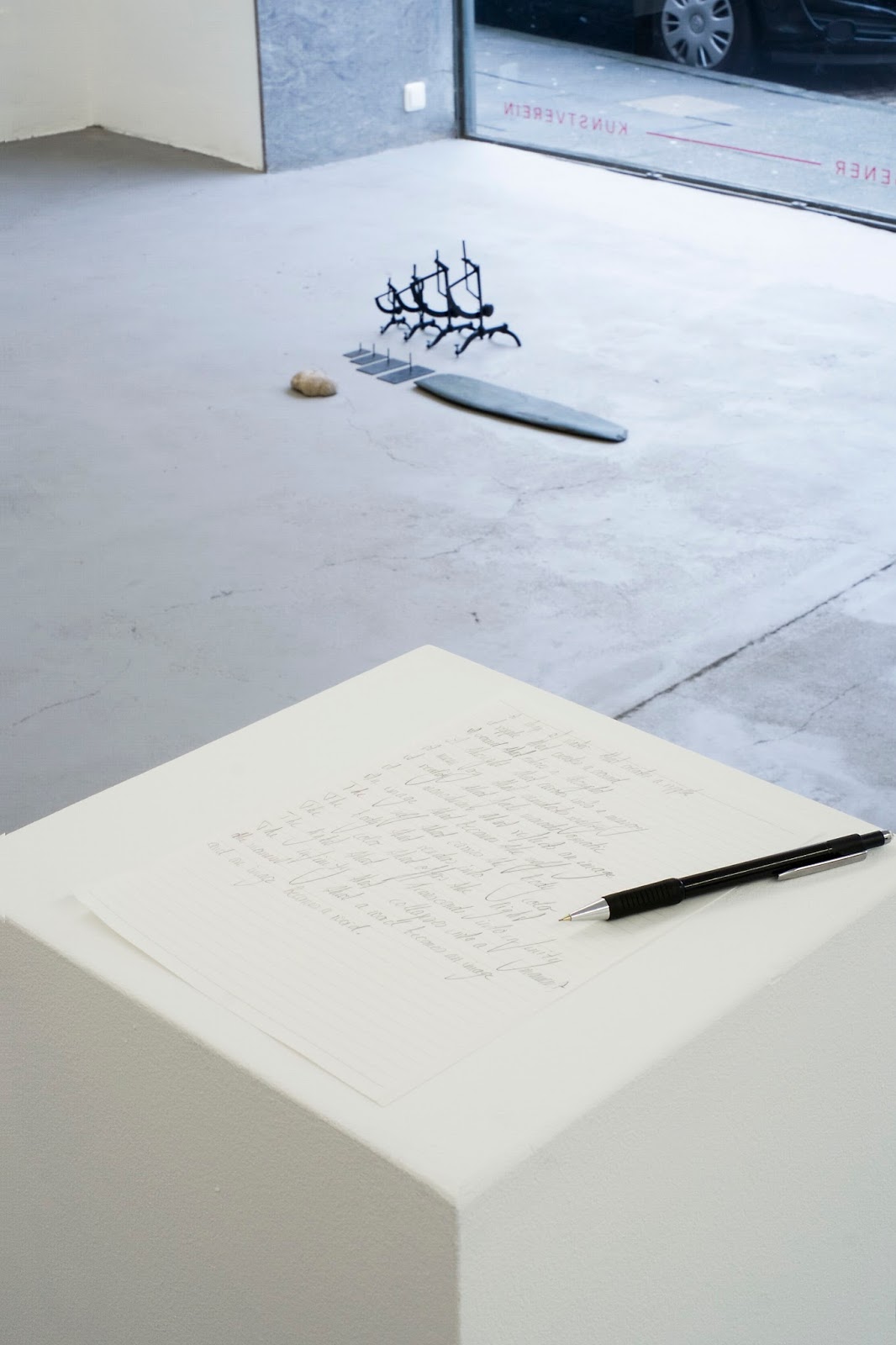 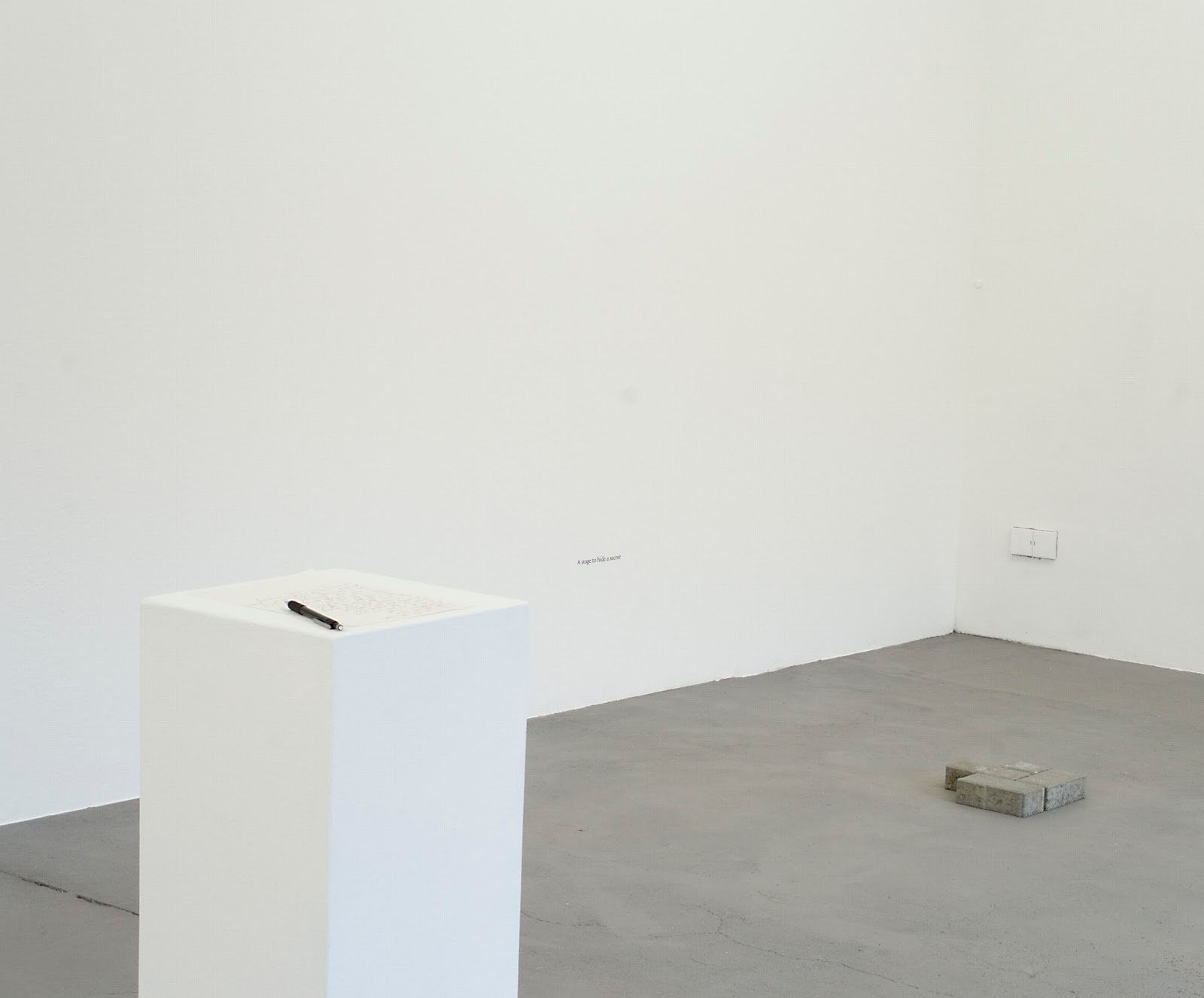 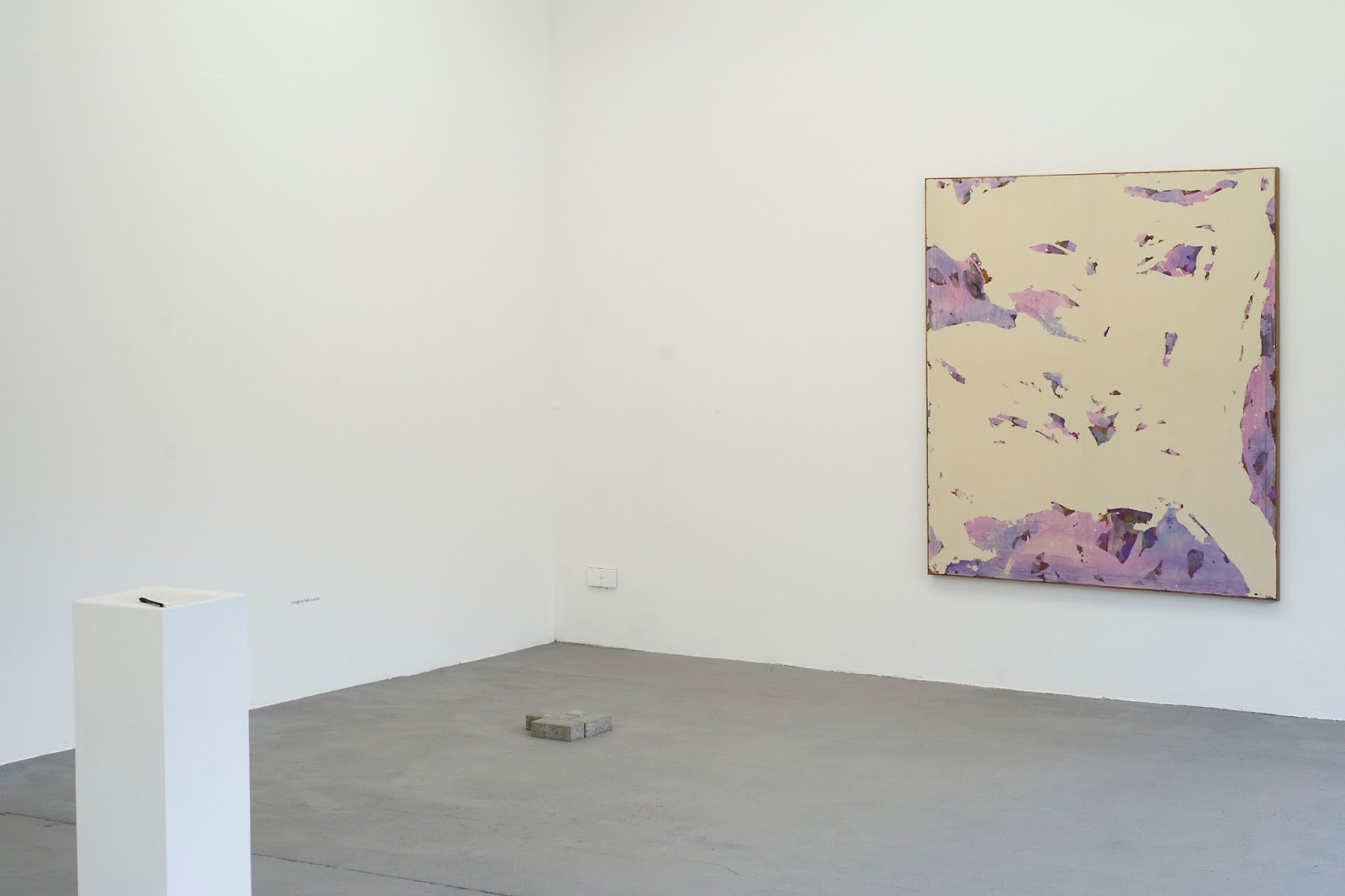 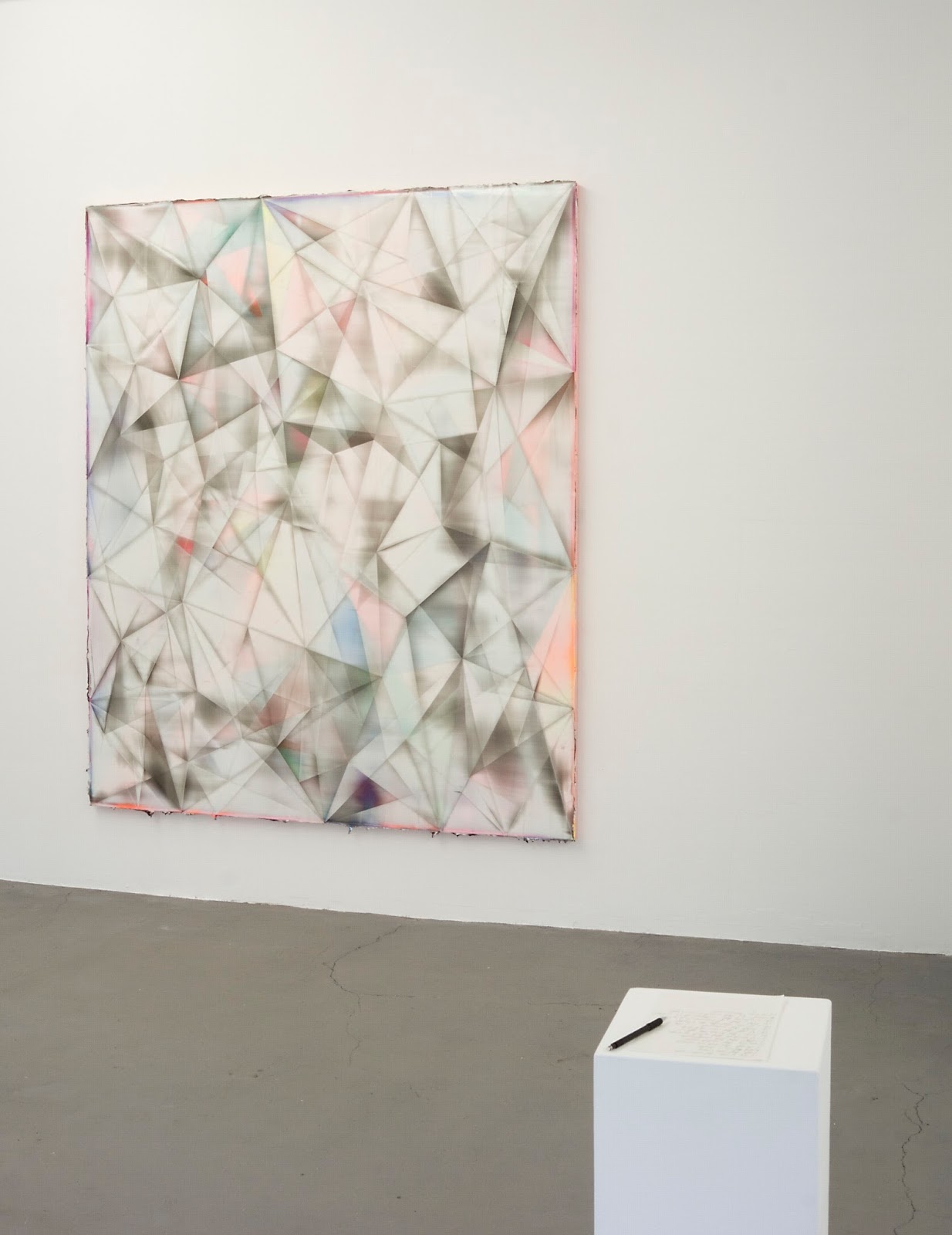 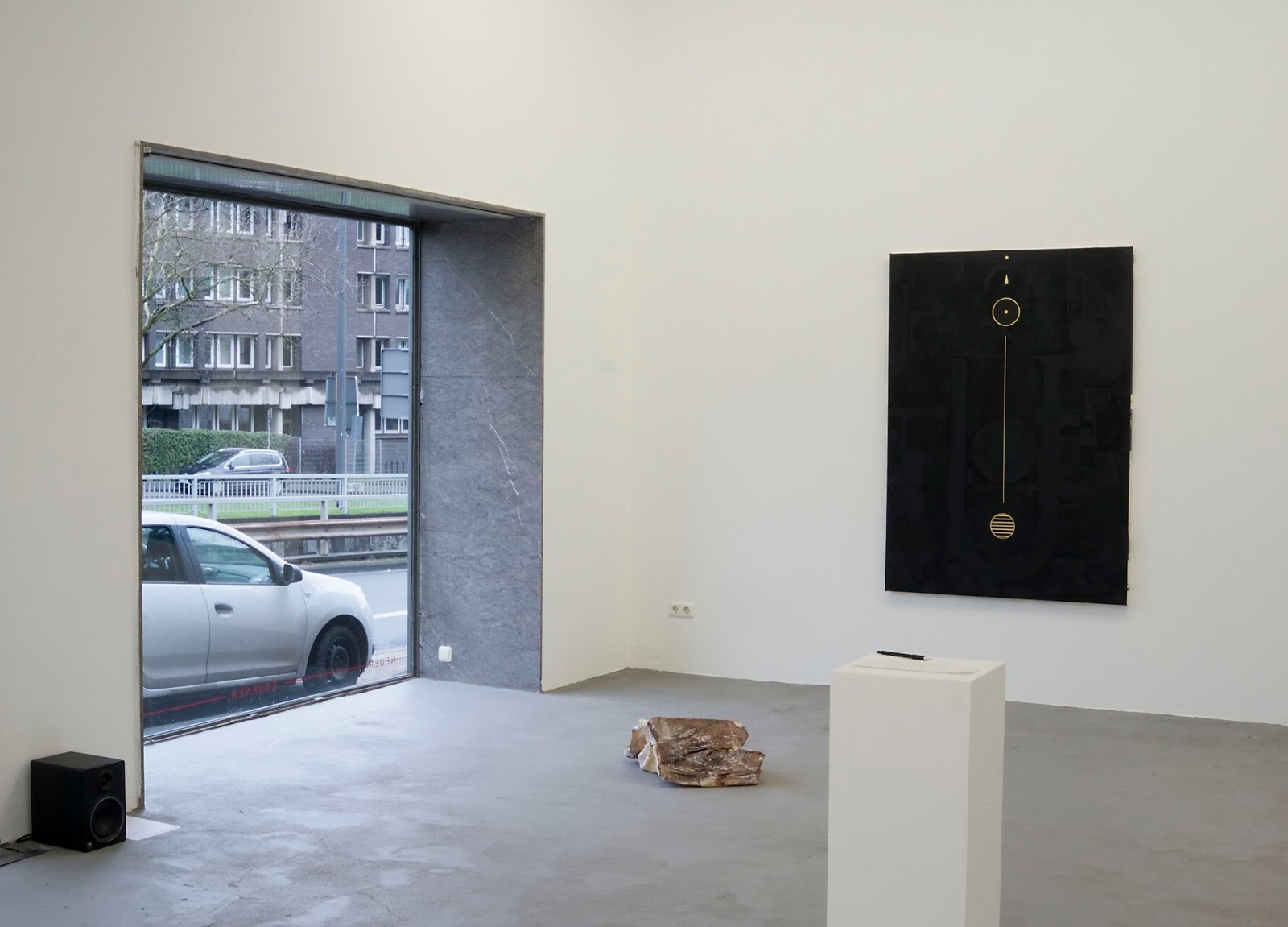 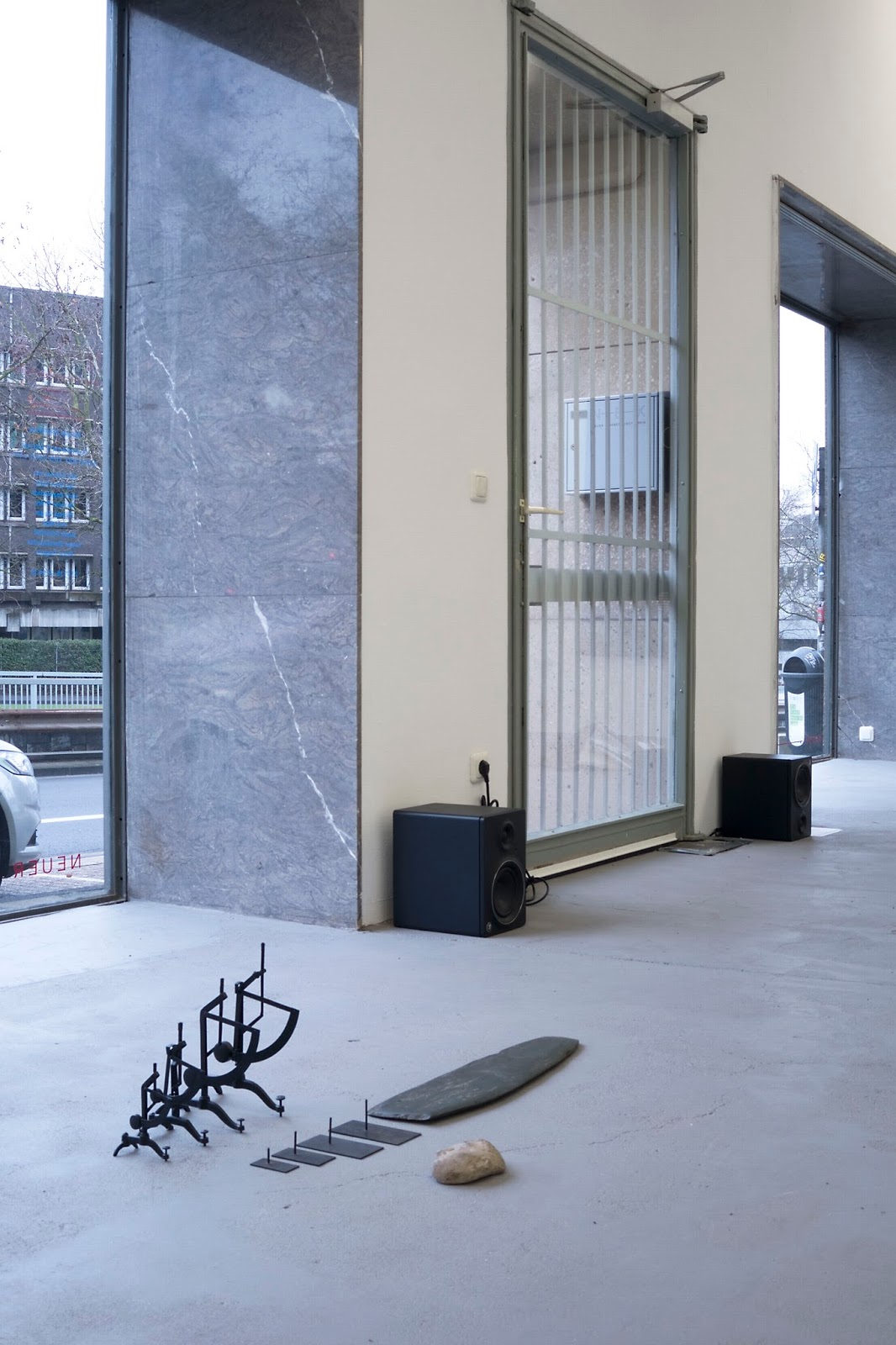 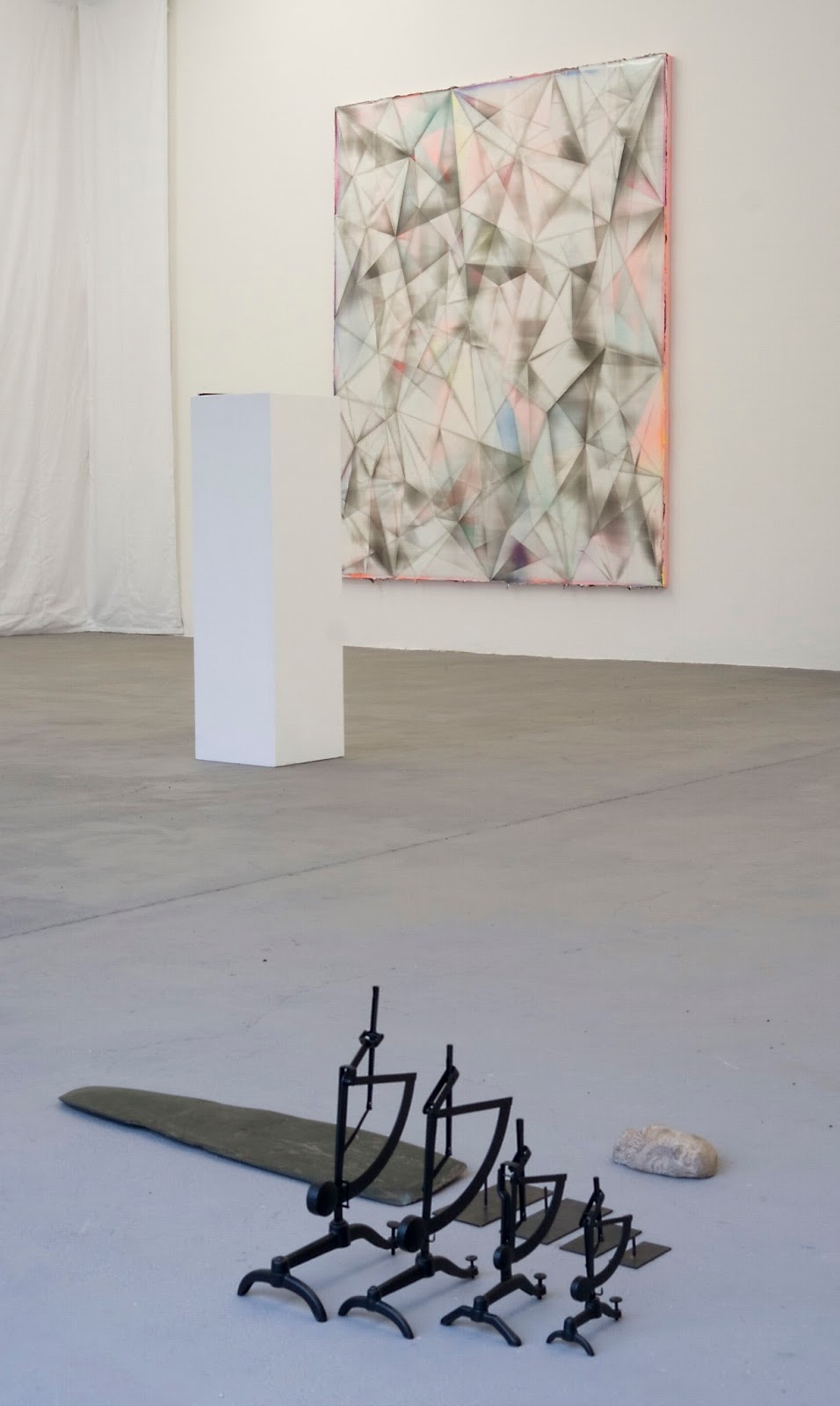 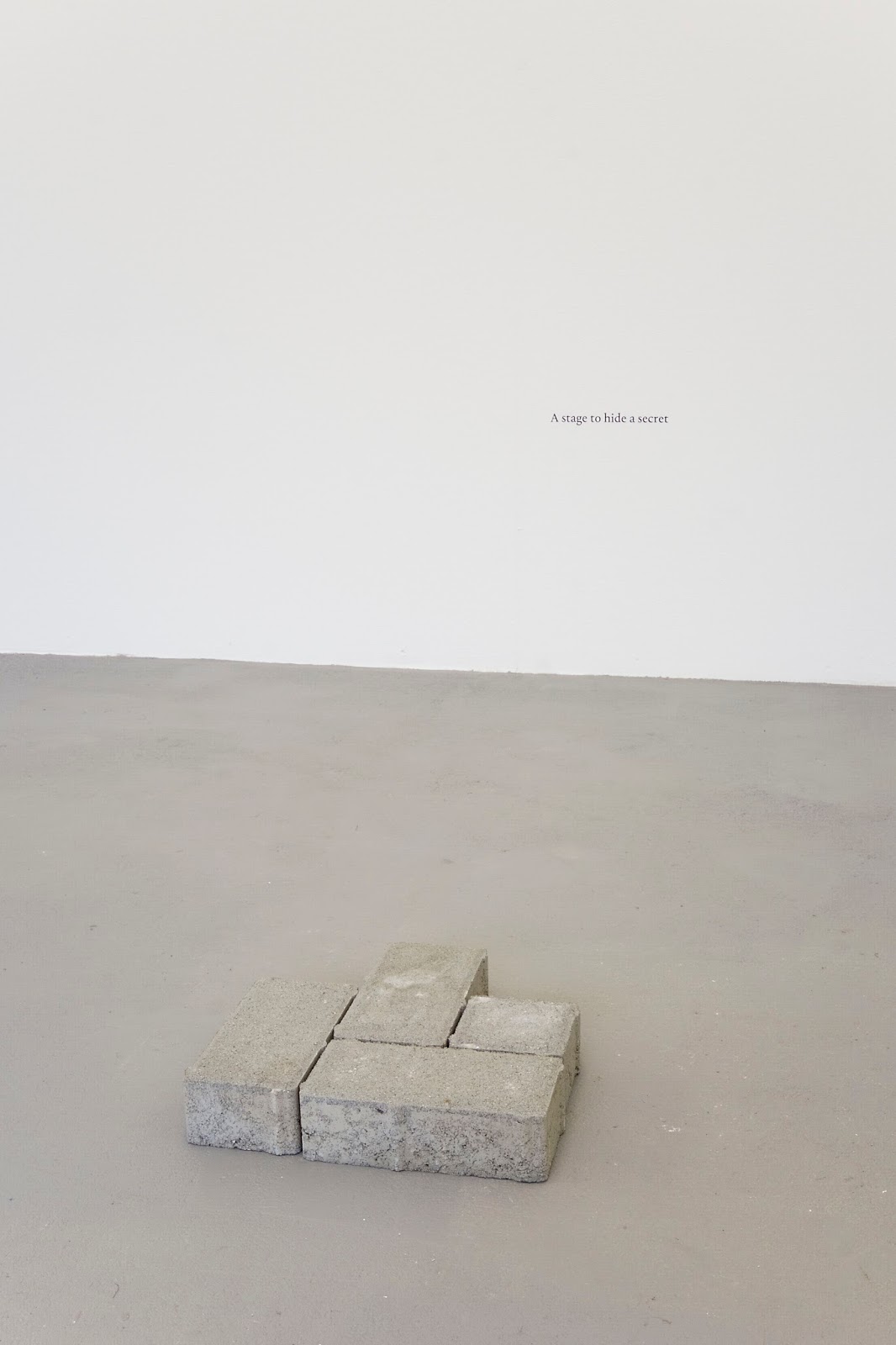 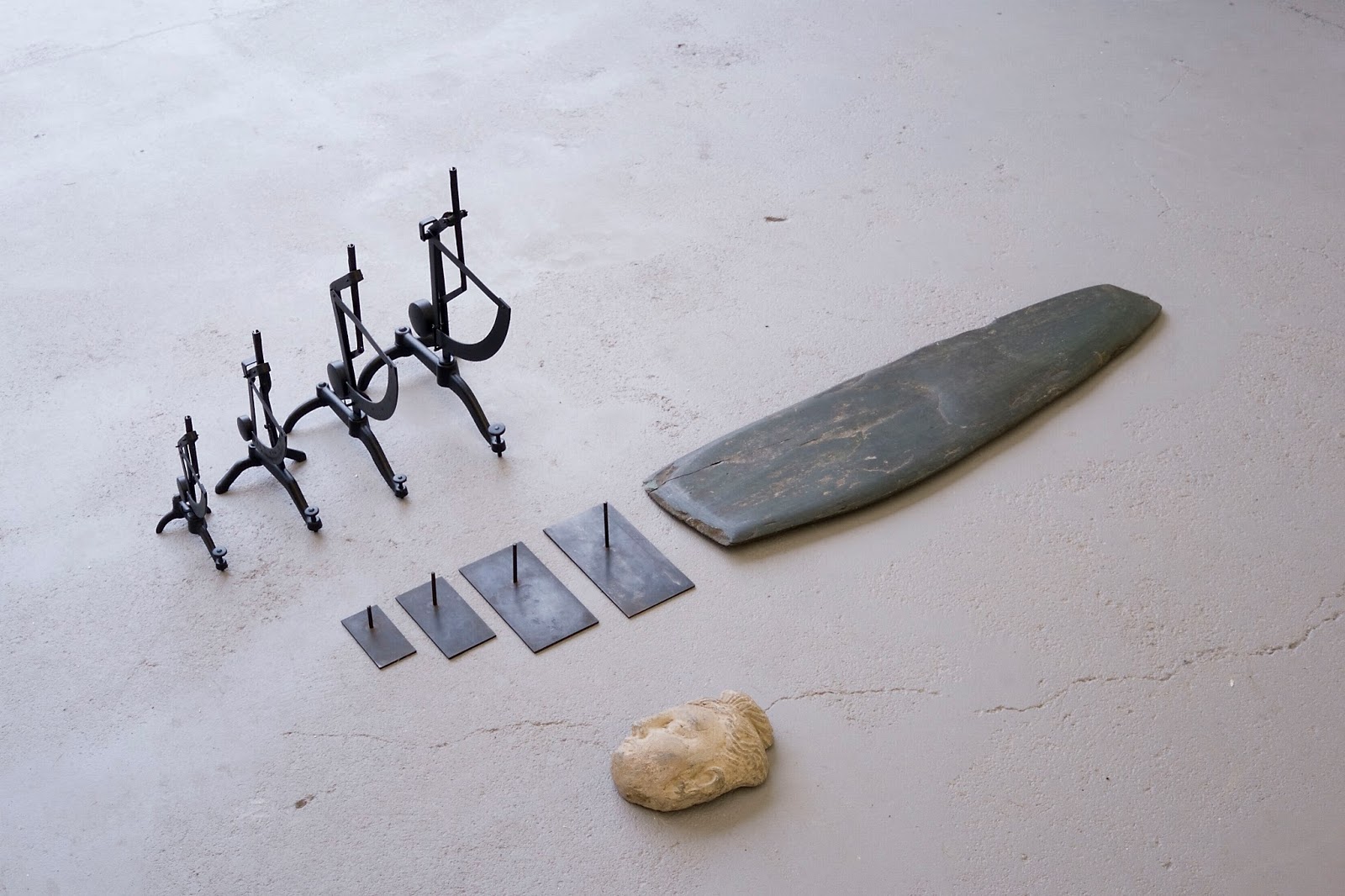 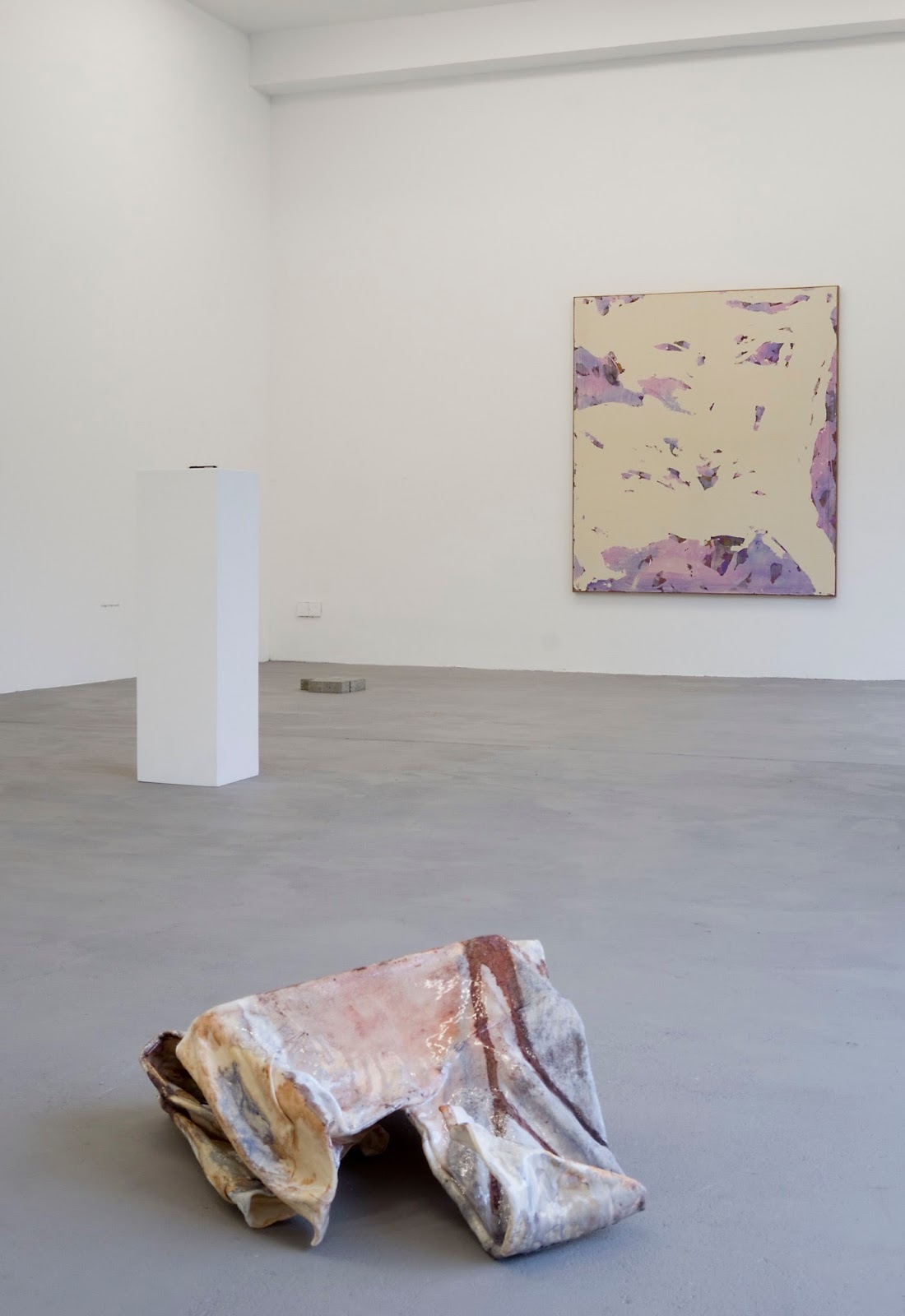 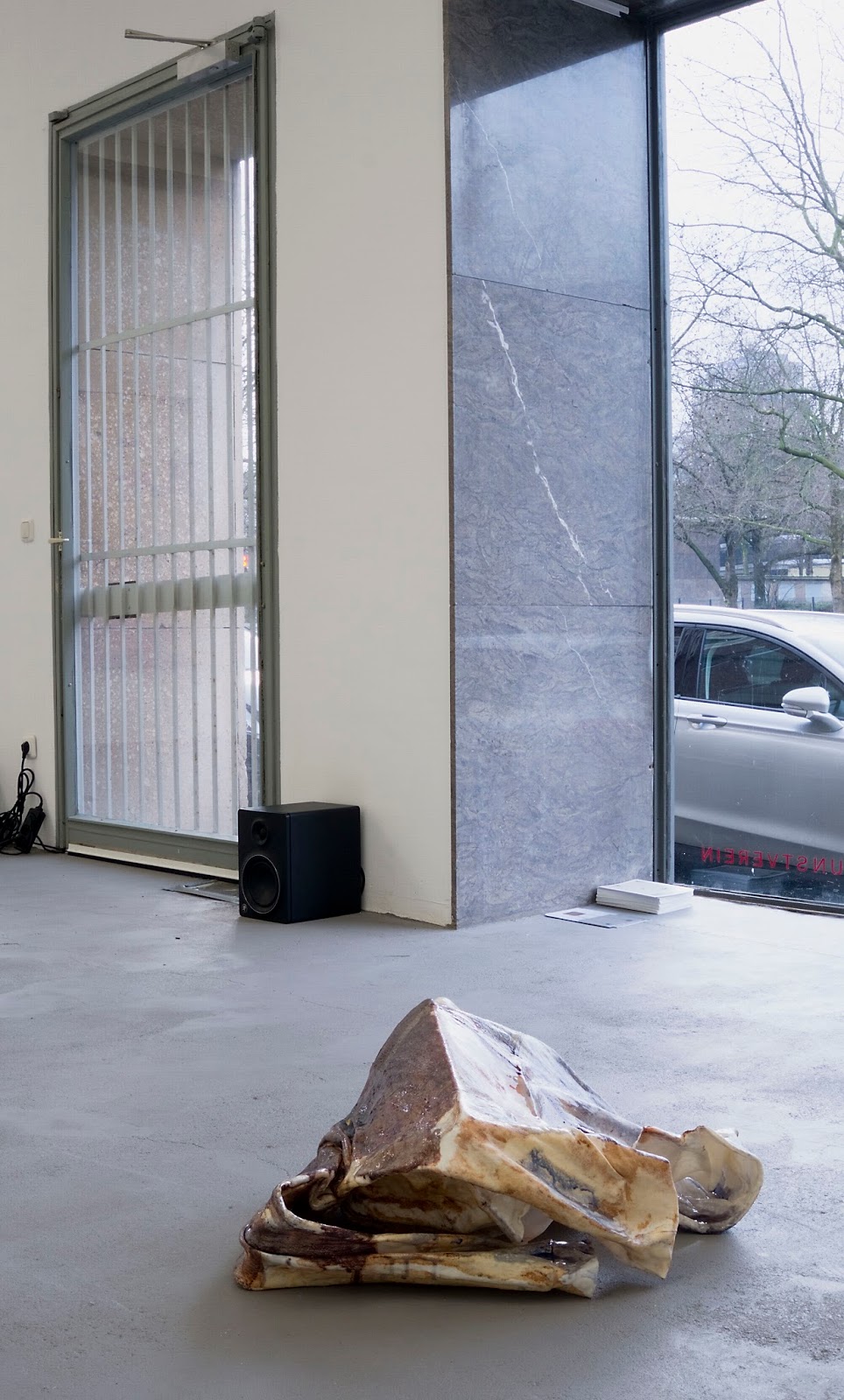 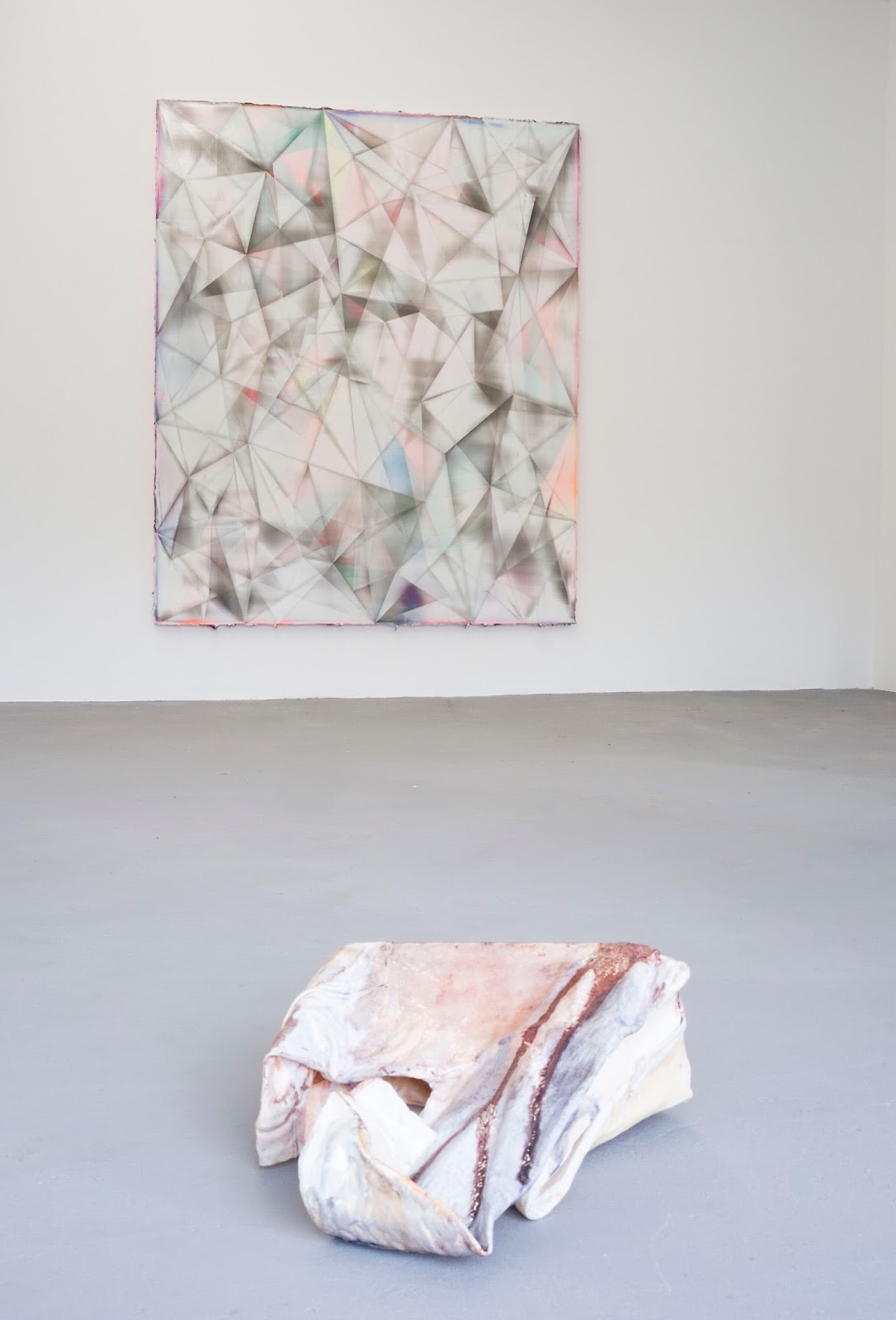 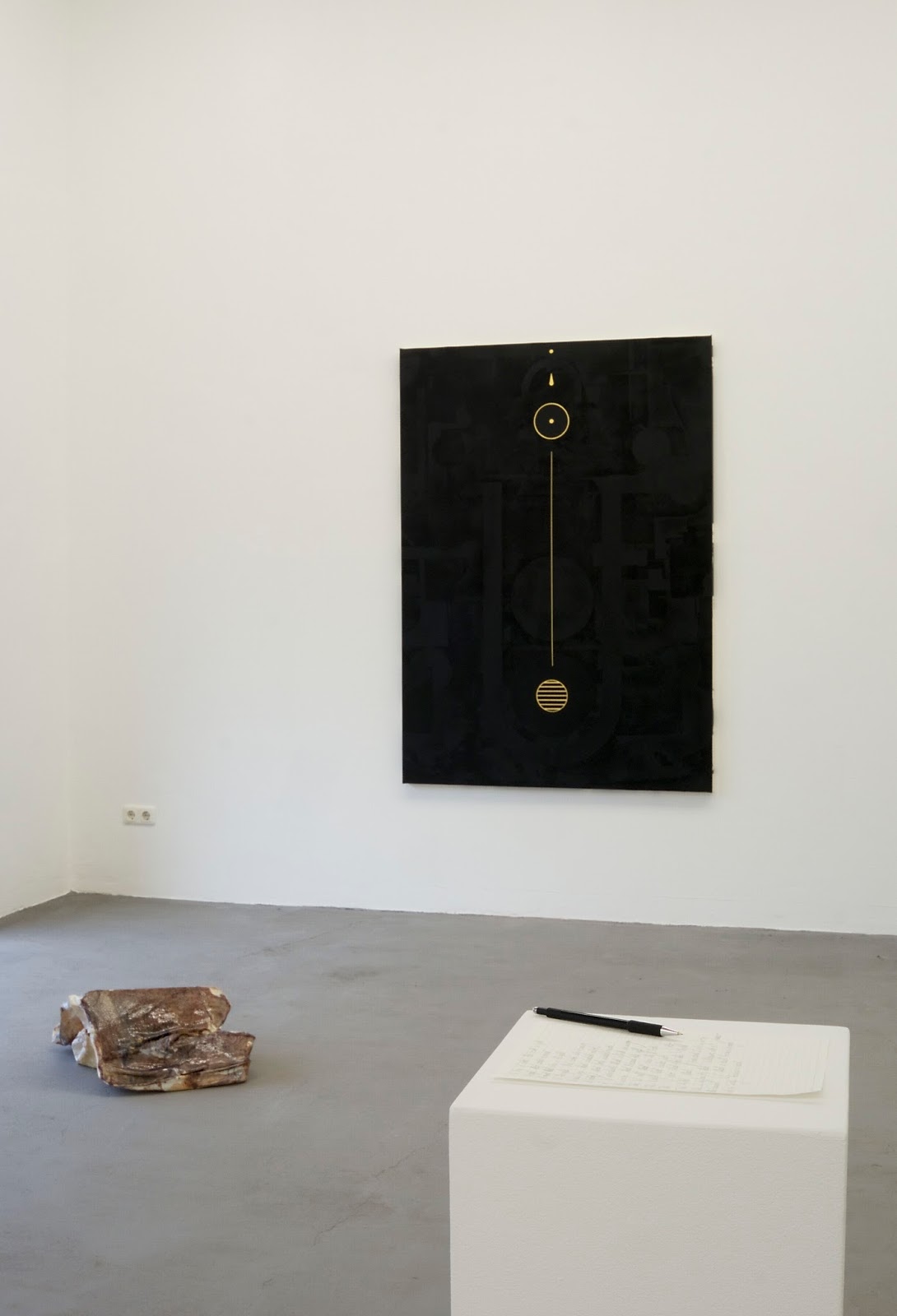 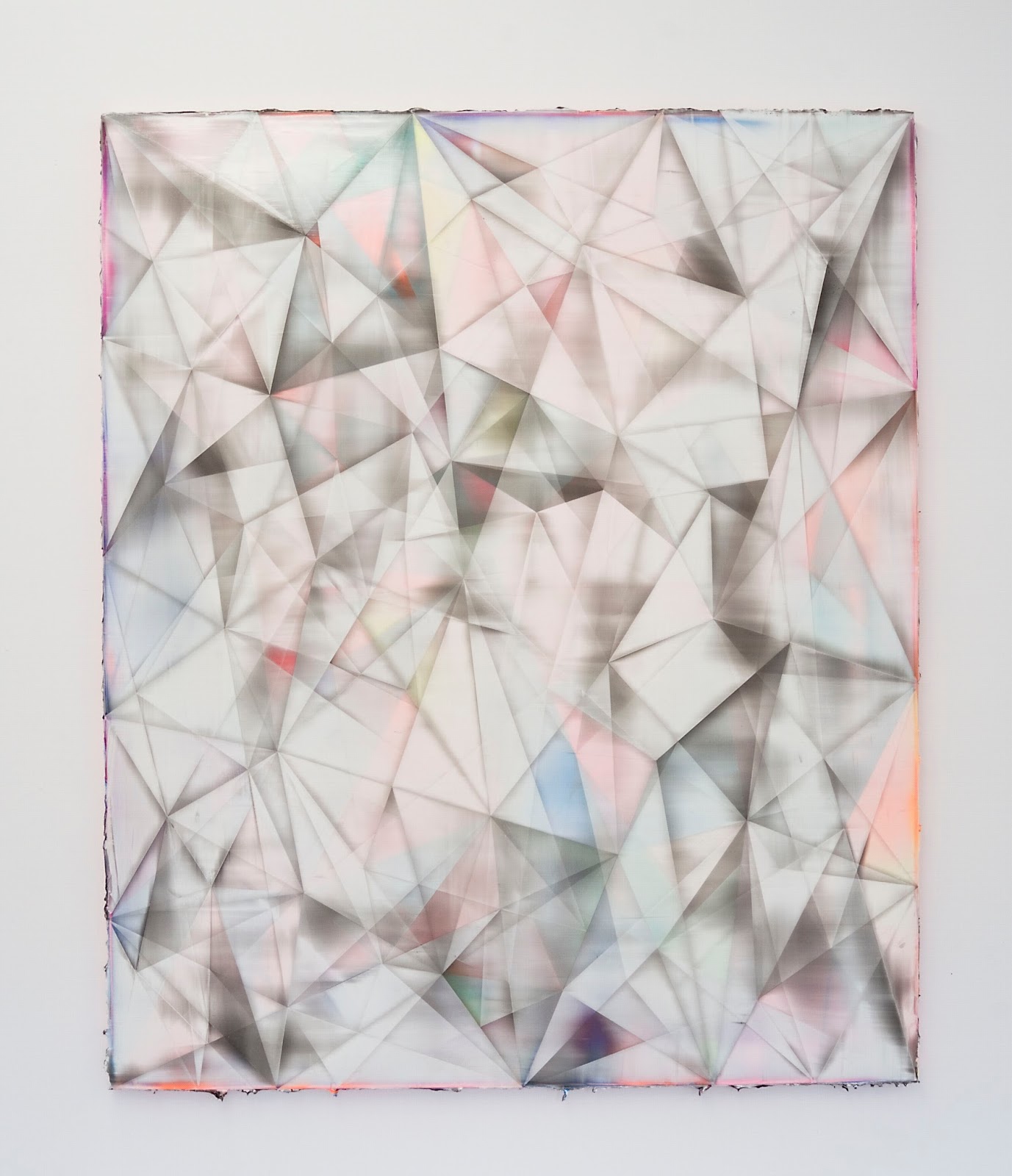 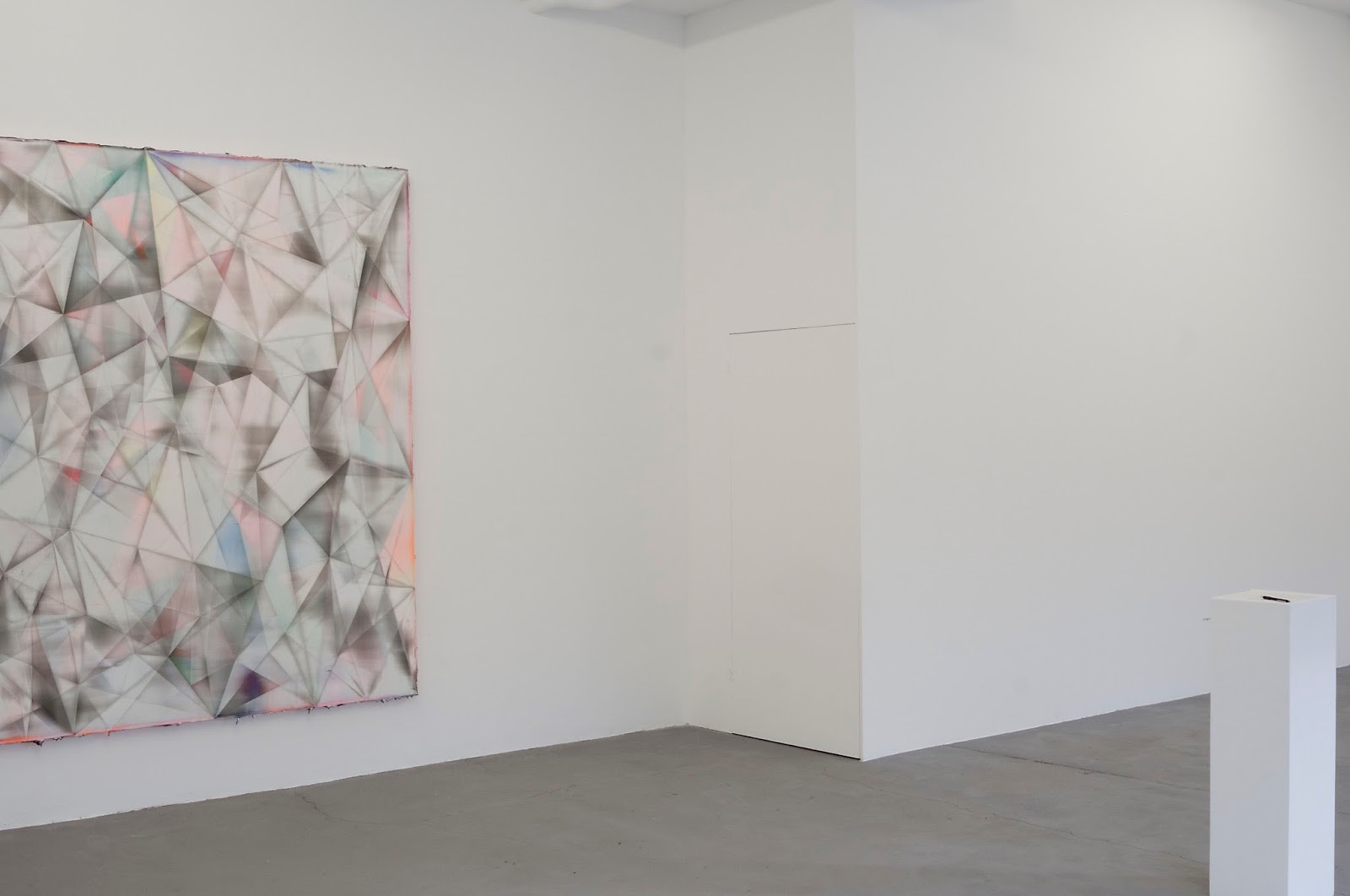 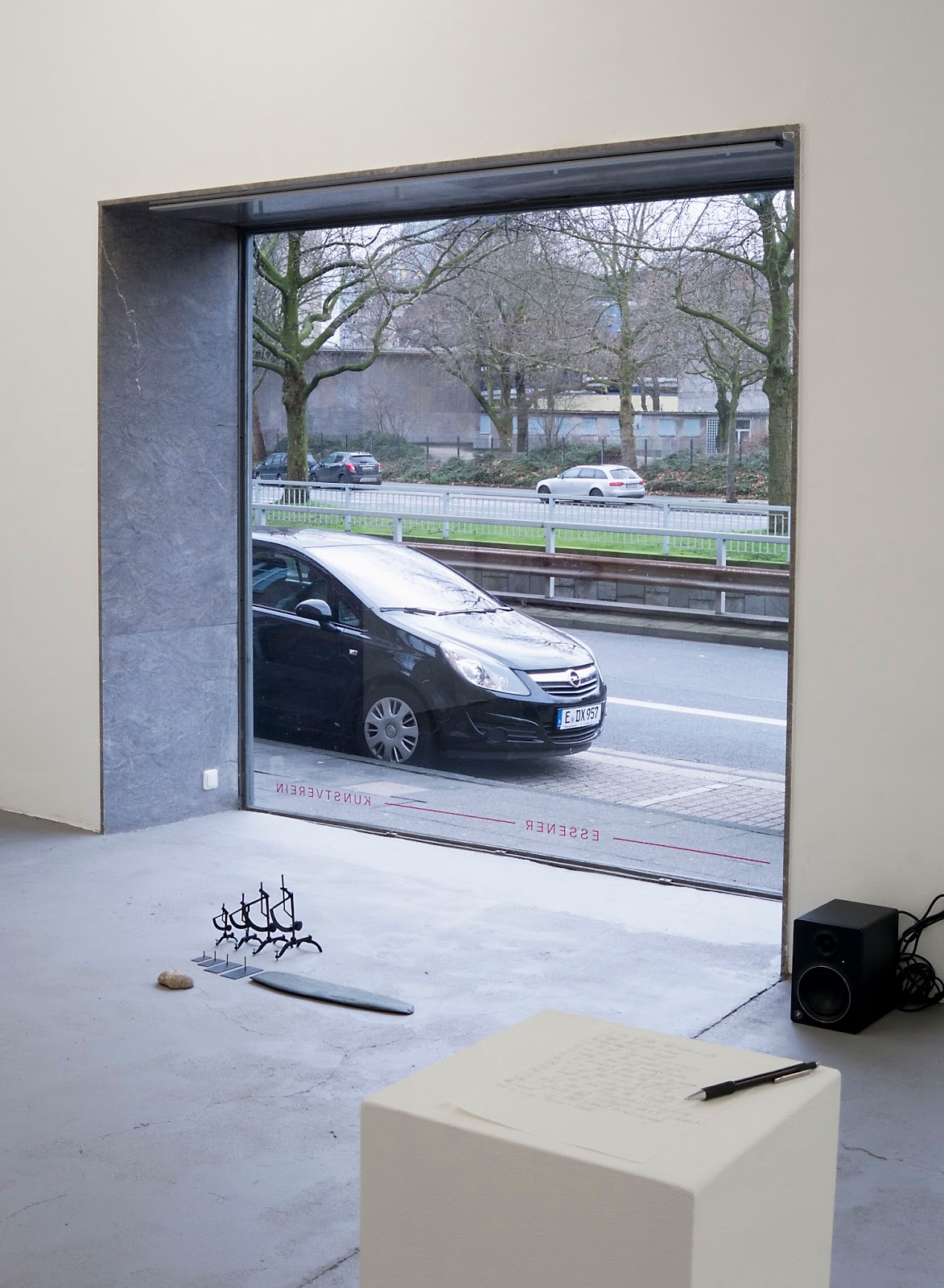 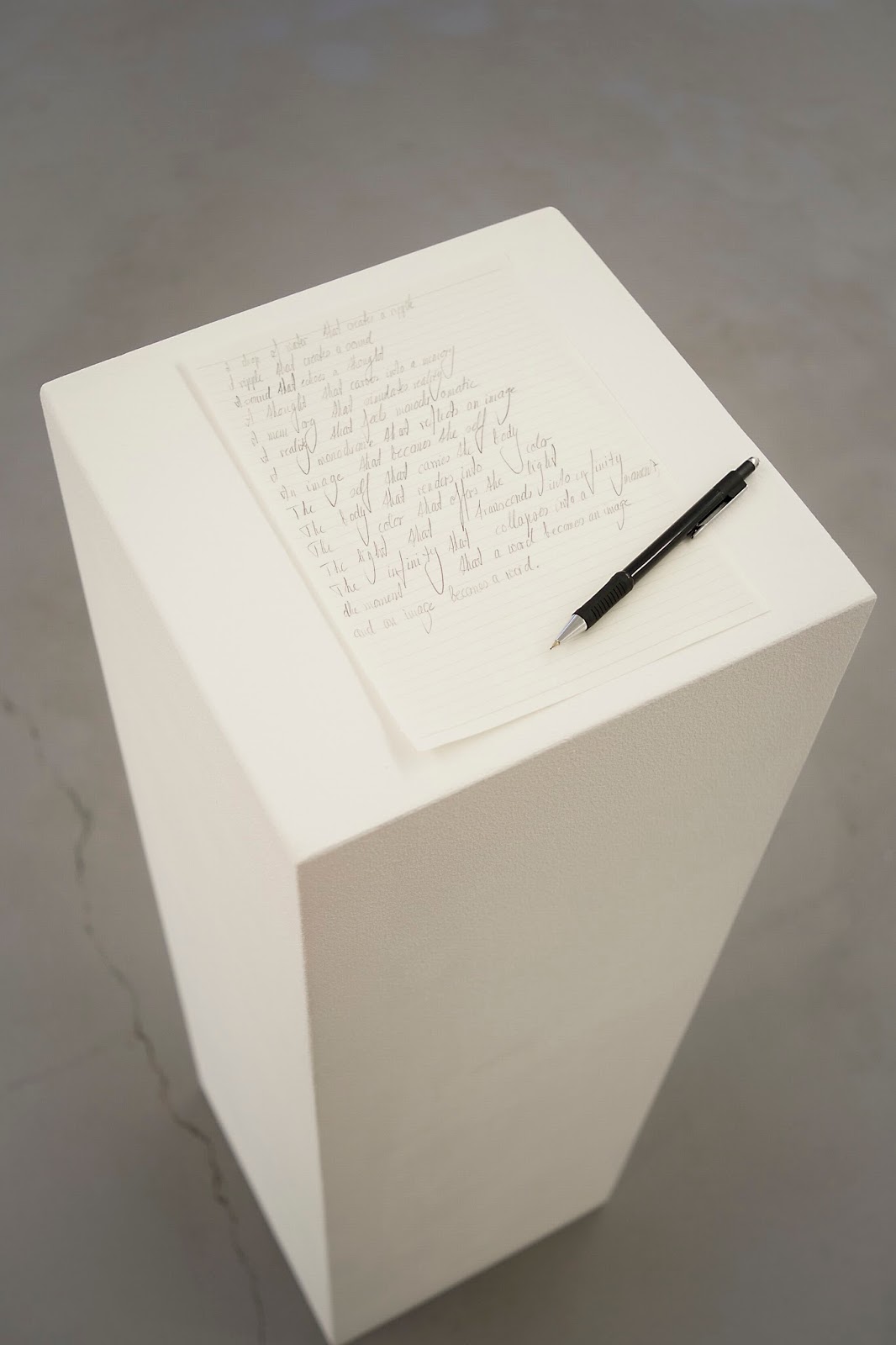 A drop of water that creates a ripple
A ripple that creates a sound
A sound that echoes a thought
A thought that carves into a memory
A memory that simulates reality
A reality that feels monochromatic
A monochrome that reflects an image
An image that becomes the self
The self that carries the body
The body that renders into color
The color that offers the light
The light that transcends into infinity
The infinity that collapses into a moment,
the moment that a word becomes an image
and an image becomes a word.


Curated by the Greek artist group Daily Lazy, “Tomorrow’s Dream” brings together a group of international artists who work with a wide variety of media. Through painting and sculpture, to sound, installation and performance, the exhibition explores the secret relationships and obscure territories between art and poetry.
The works on view reflect their willingness to interact with a poem written by the artist Irini Miga. Placed in the middle of the exhibition space, the poem attracts the works through a mysterious magnetism. The interaction between the poem and the parts of the exhibition, as well as the works themselves, are linked through the spaces of their presence, the breaks between materiality and quality, their form and size, as well as the existence of the poem in space. Established exhibition conventions are thus abandoned in favor of a variable, tangible level of perception. Instead, the interaction between the work and the viewer that emerge is one of transience or perseverance.
The diverse and private connections that are triggered by the poem contain an enigma in which layers of intimacy, meditative thinking, and also the distance between ourselves and the outcry of the world are held. Daily Lazy does not aim to prescribe any defined guidelines or readings, only coordinates of a tour. For this to be embraced, our belief must be in the disclosure of the essential variables of experience as the essence of artistic work.