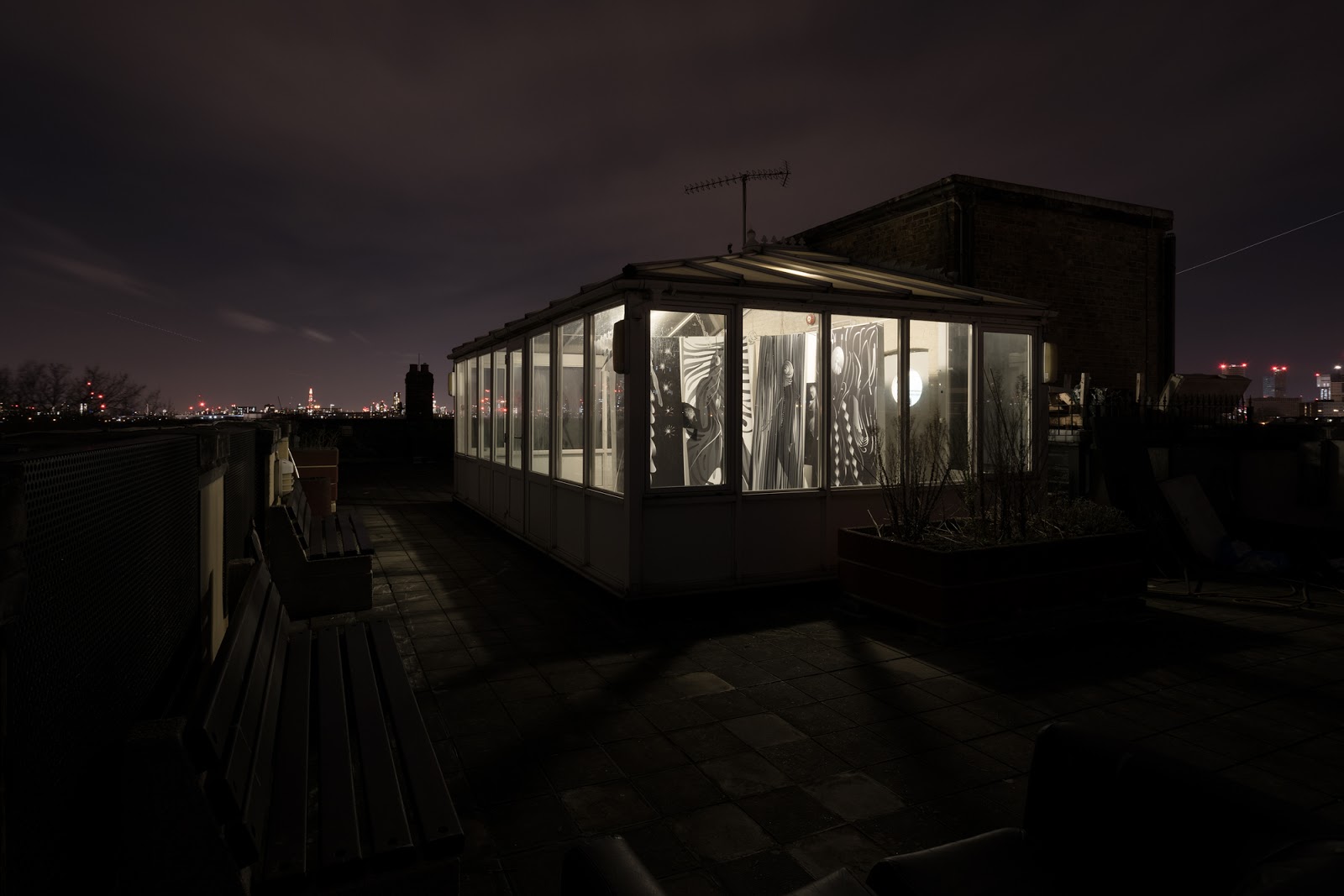 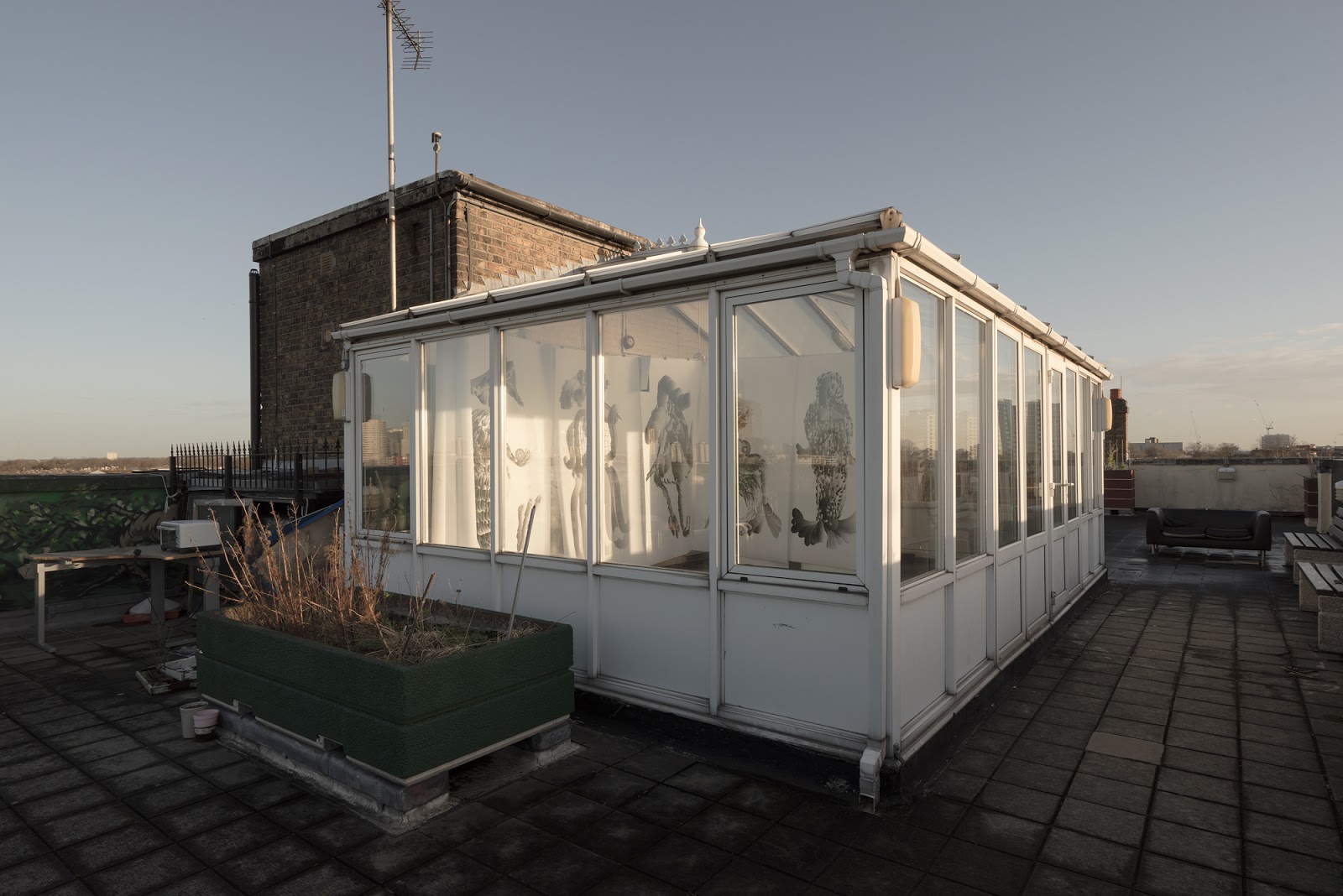 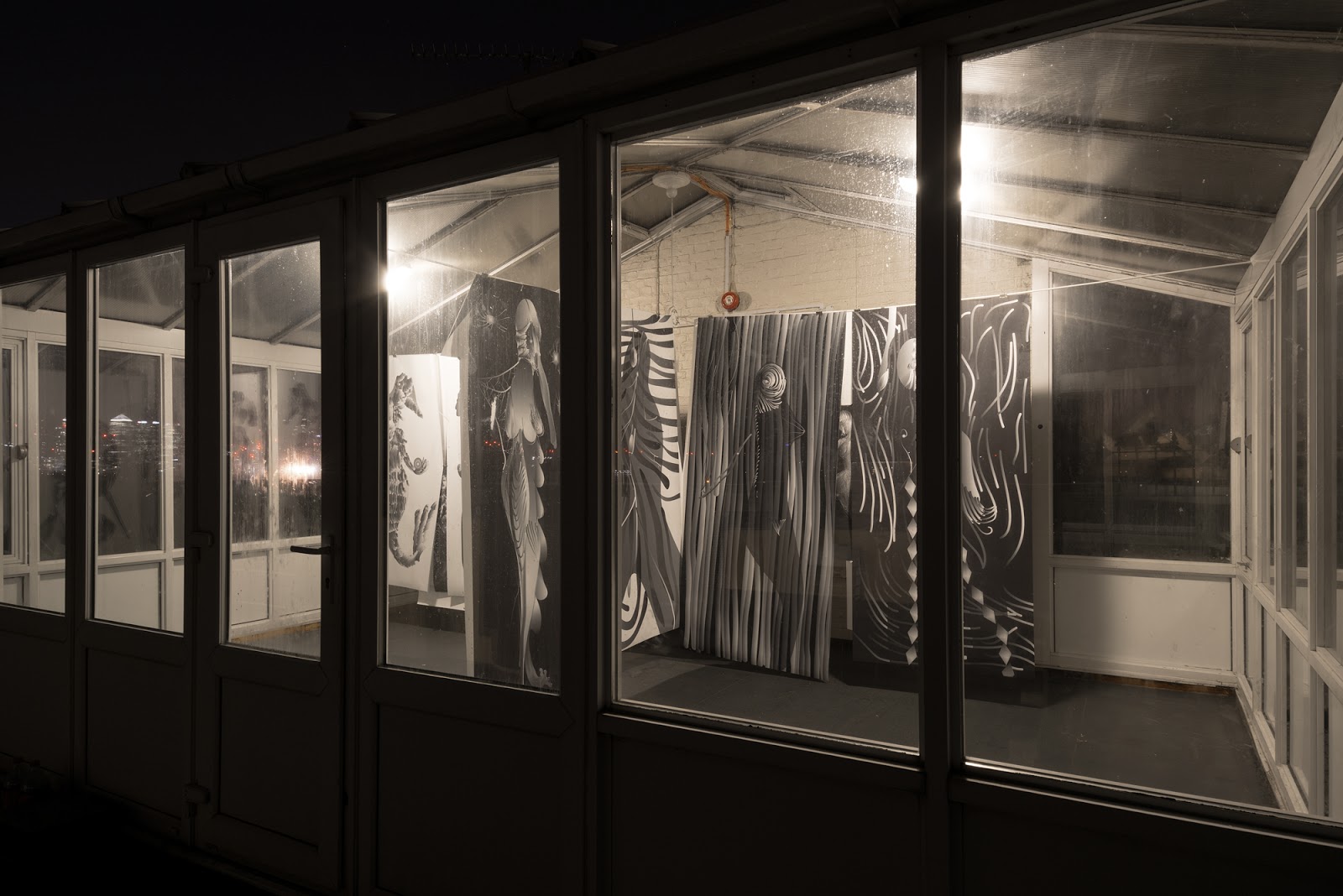 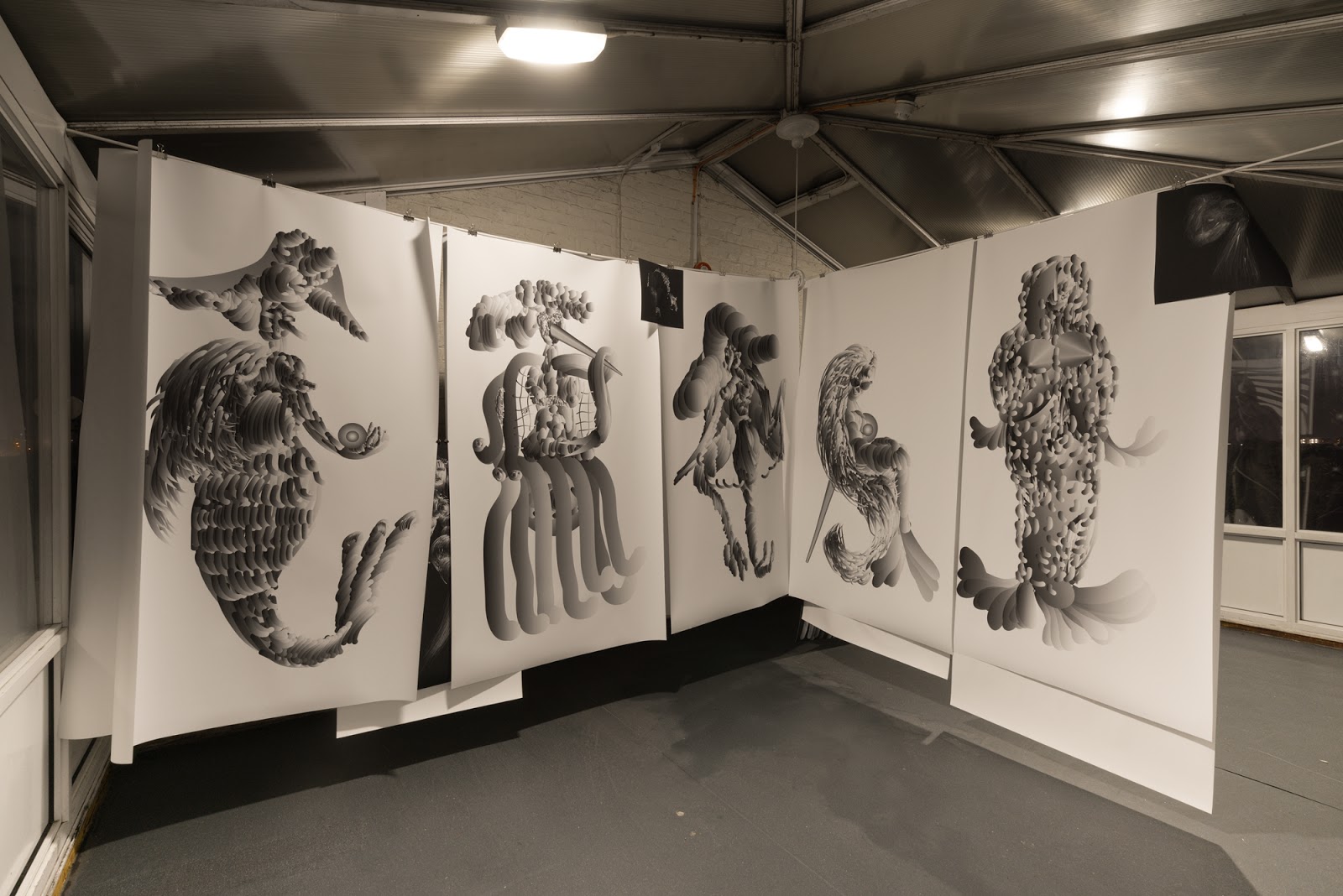 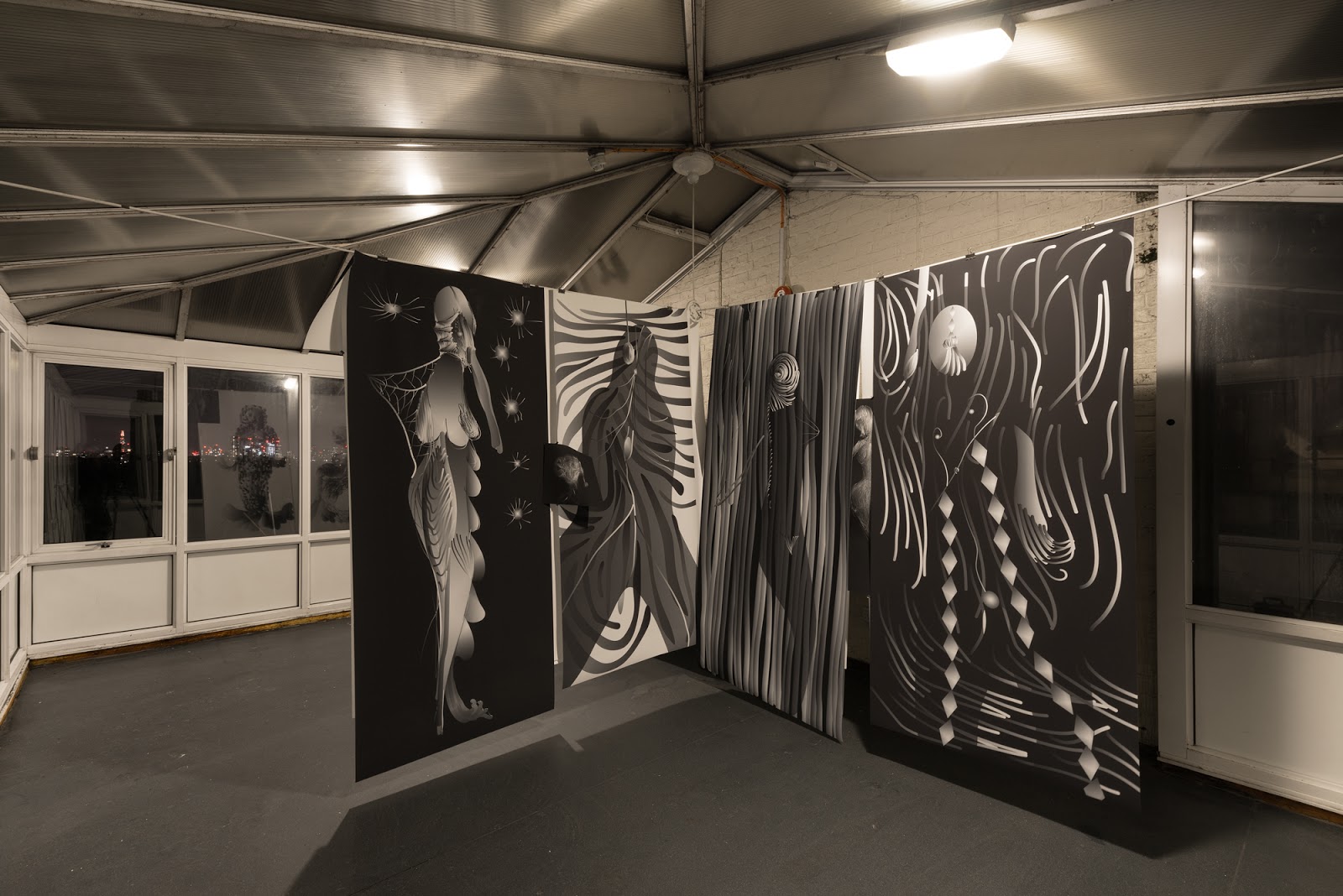 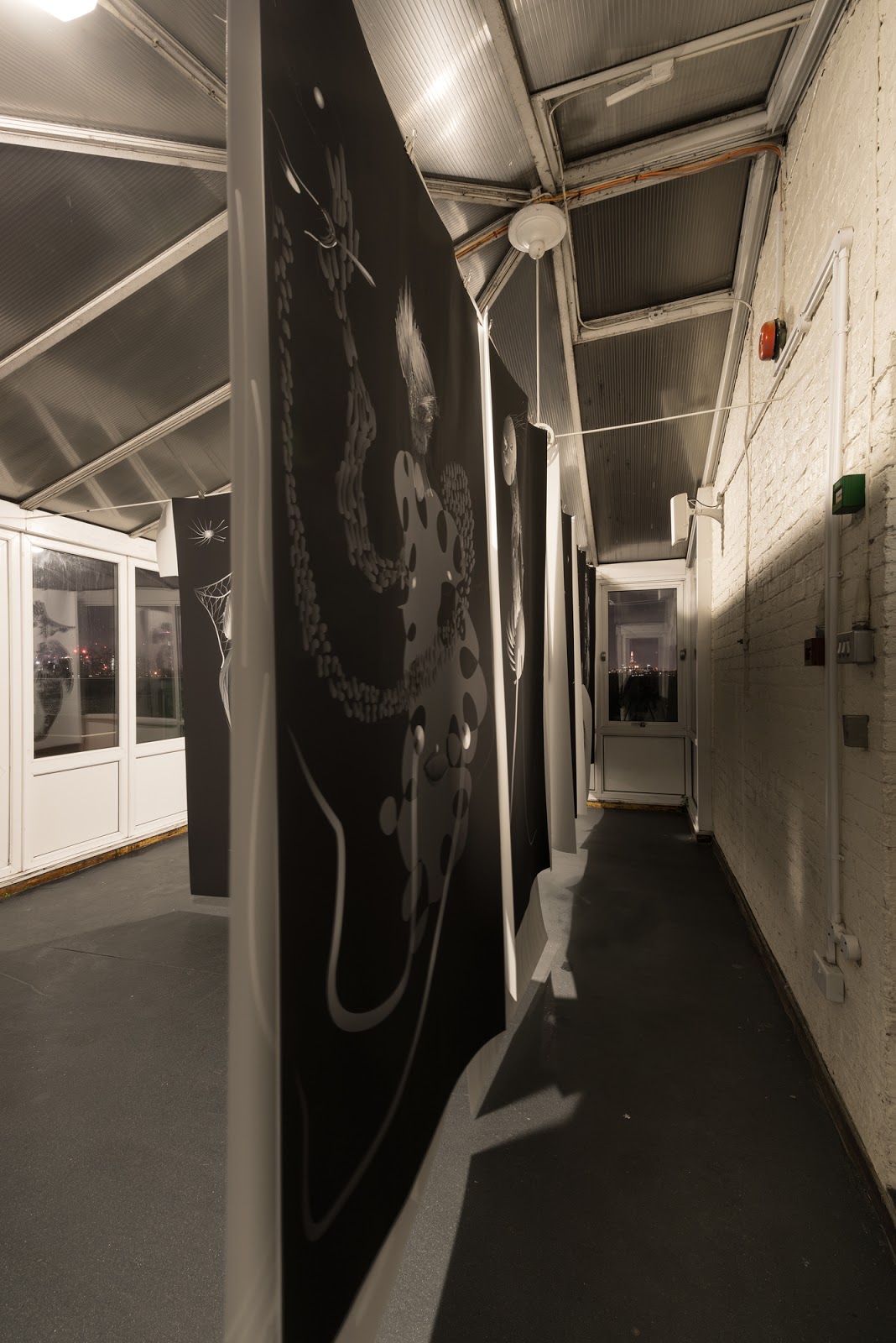 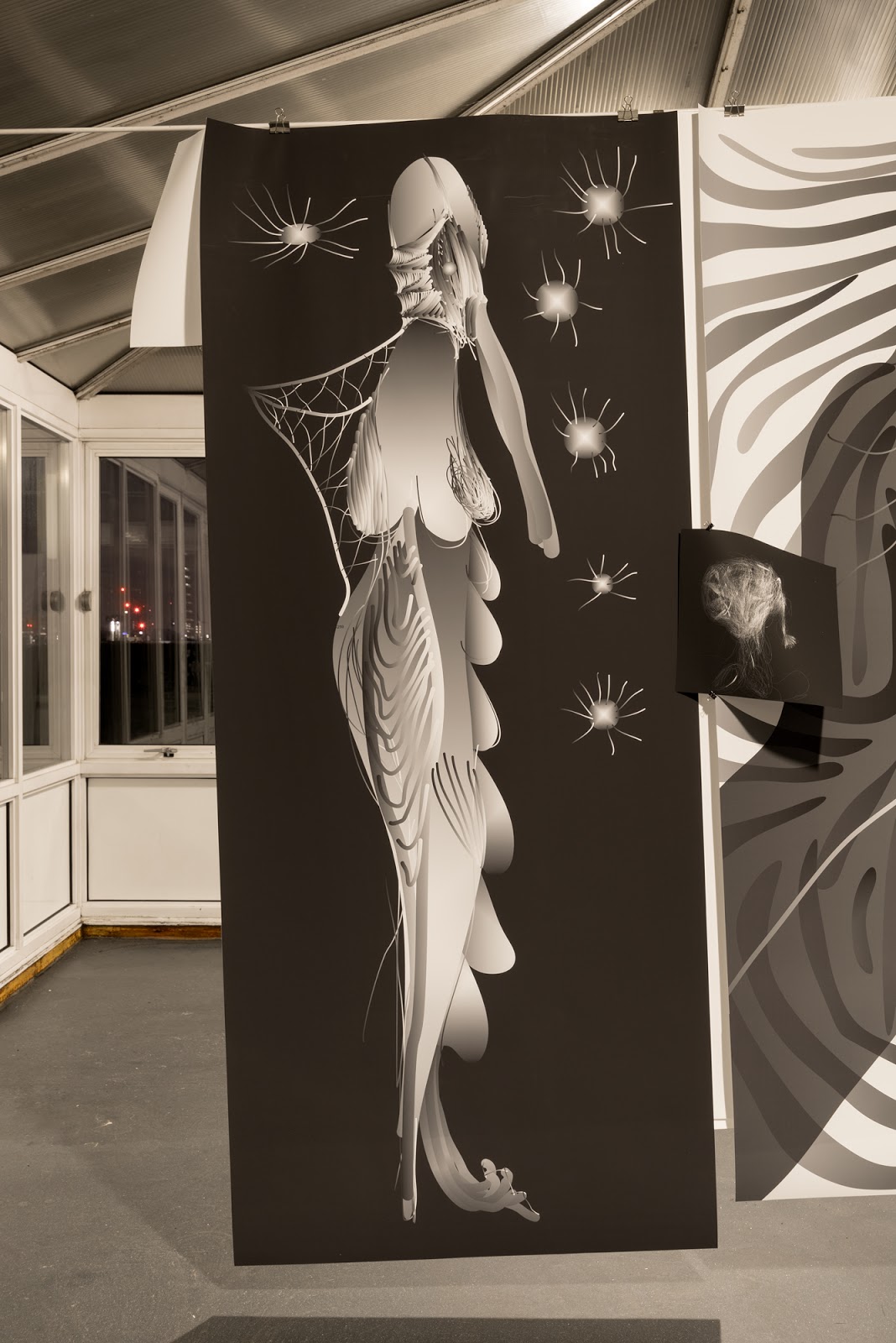 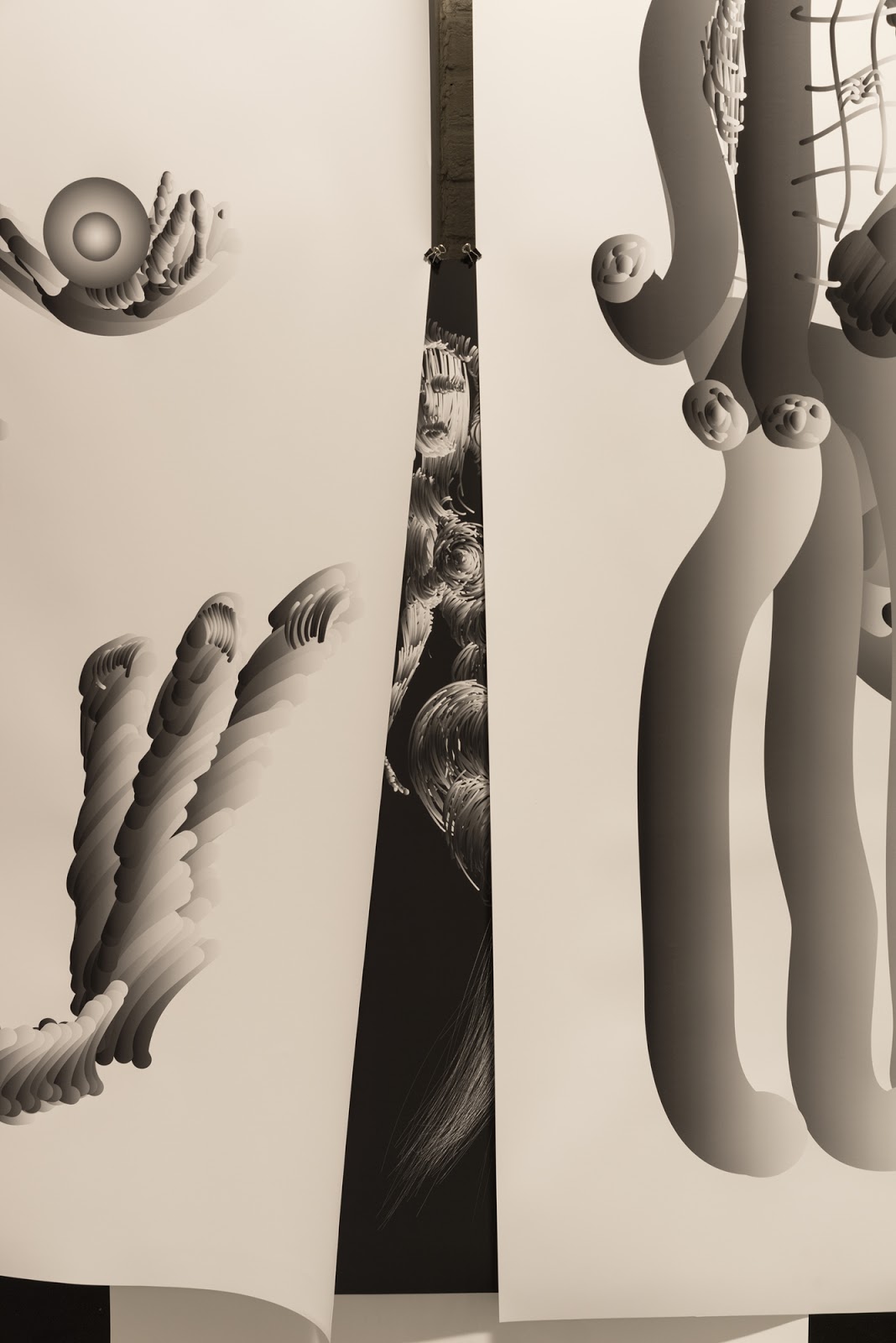 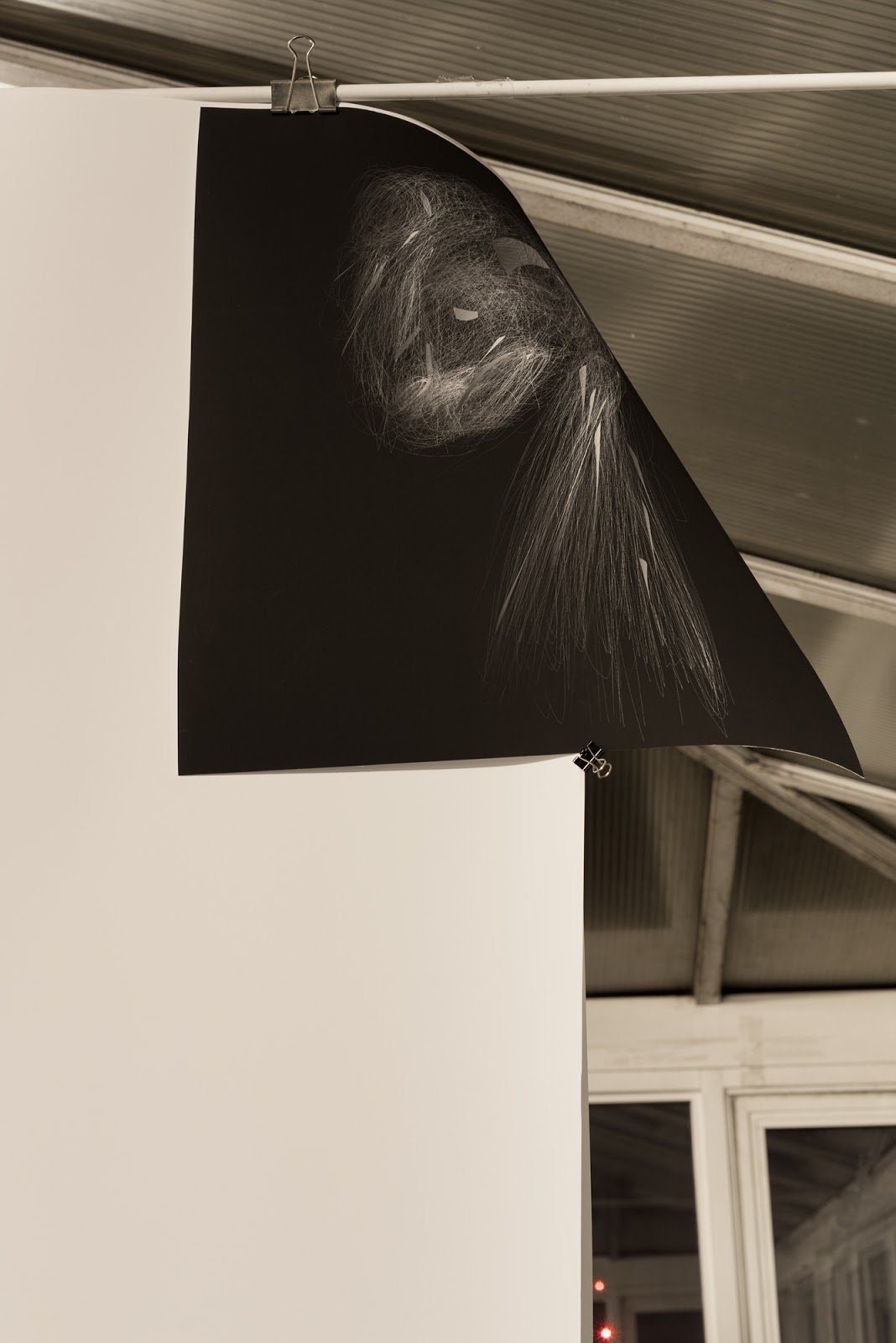 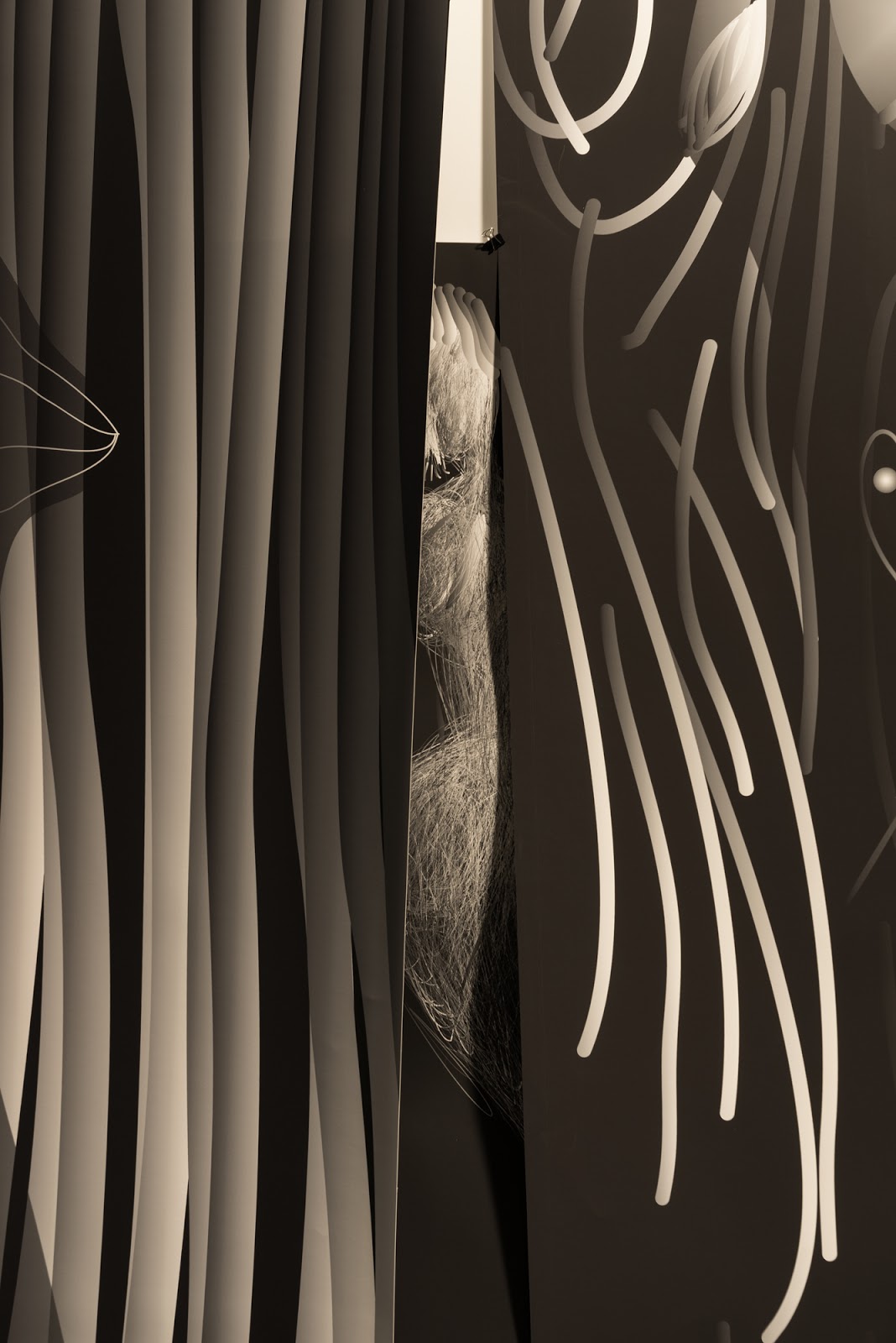 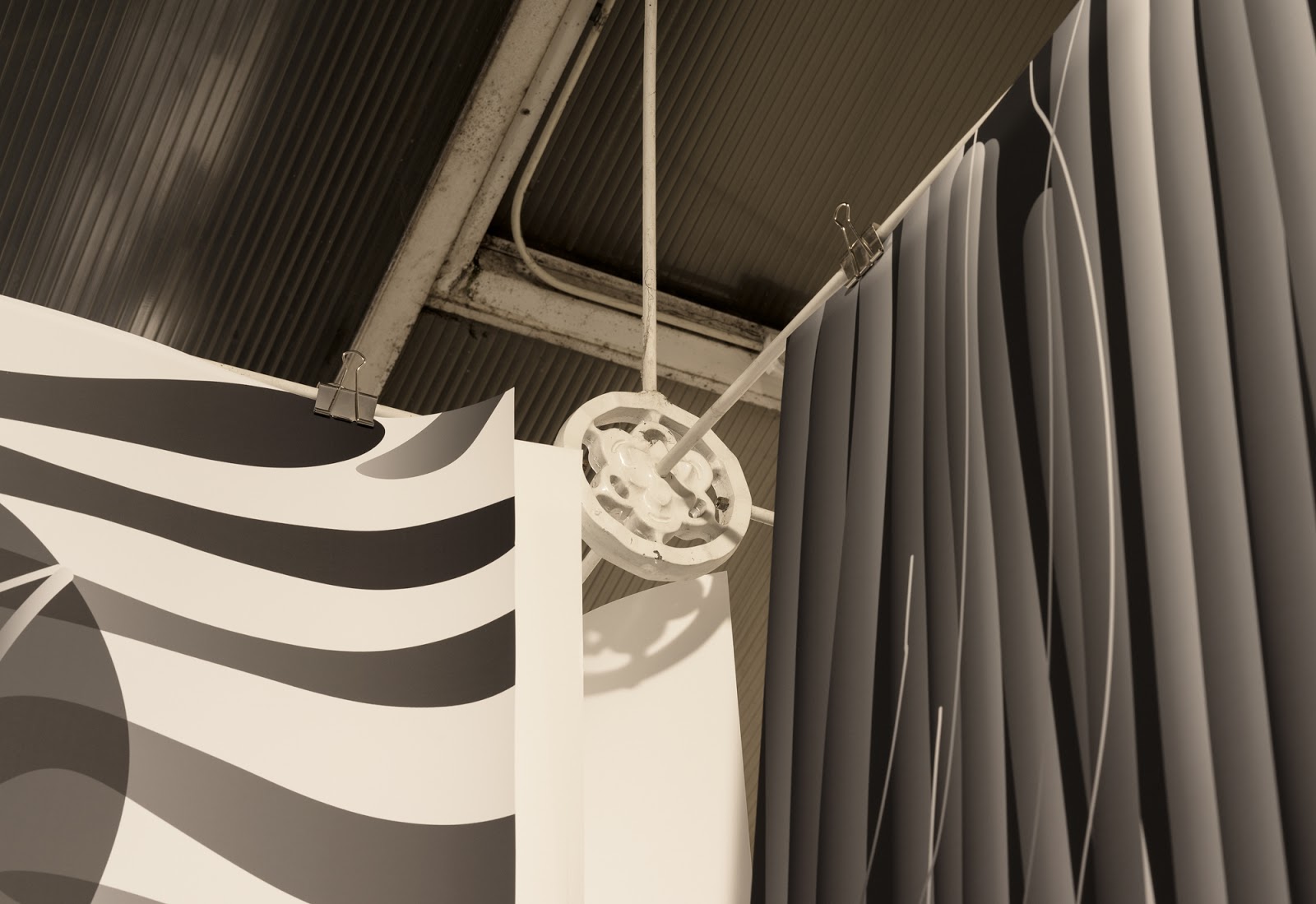 What do you think is behind the second door?”
“Probably another room, another door with another room behind it… endlessly.”
“Maybe, but why is the door locked?”
“The locked door lets you imagine infinity.”
“No”
Aggy shakes her head and laughs mockingly. Bernard knows there’s something he’s misunderstood, just like the black eye from earlier. He searches for some funny remark to overplay his perplexity, then Aggy says:“You want to know what I think? Behind the door, there’s something so terrible that no one should see it.”
Bernard checks his phone. The excursion to the cube took longer than he thought, and he has to get back to the office urgently. In less than half an hour, he has an appointment with an important client, that this time he seriously can’t miss. Yet the present conversation with Aggy still seems more important. She’s not just talking about Gary’s art work, that much is clear to him; she’s also talking about the rules. If he’s serious about his desire to find out where the game can still take him, what awaits him after leaving the playing field, this would be his chance. For a moment, he’s convinced that Aggy is going to initiate him into her secret of her own accord. He looks at her expectantly and already feels half shaken by the immediately impending and astounding revelation. But Aggy isn’t going to make things so easy for him. She stares ahead with an expressionless face. There’s nothing left for Bernard but to speak up himself. What he’d like to explain: he sees a geometric playing field made up of dense lines ahead of him. It’s as though someone hastily splashed some kind of fluid all over it. A fleeting network of waves unfurls, shimmering in the light. If you could connect the intersections of both systems, he suspects, you’d have a wonderful form. But the waves disappear all too quickly beneath the surface, and the form can’t be assembled. It remains hidden like the space behind the second door. But how to find sentences that could do justice to the significance of his vision. Perhaps he could accomplish this feat if he were in a mood like he was in with Steffen on the balcony, but now, nervous and under pressure, everything’s a mess and he can only manage the following: “Everything you just said, it’s about the game isn’t it? About the rules? Behind that door there’s some kind of device of annihilation isn’t there? Like a gigantic bird pecking out intestines… projecting patterns into the night… or writing invisible signs?” “What game? What rules? There aren’t any rules.” Aggy answers grimly and turns aways. Fuck! This isn’t working! But Bernard can’t give up now. He needs some results, some progress. Desperately, he searches for a suitable approach and eventually finds it in a term that he’d heard Aggy use before that filled him with awe:“But there is a secret code isn’t there? I can see its effects in the most disparate places. For example, when the subjective and the objective can’t be clearly separated anymore… because one tips over into the other at a certain point. It’s just that I don’t really understand how it happens. I mean I only know the system that makes all these wonders possible from the outside. What I need is some insight into its mechanics. I need to see the blueprint.”Aggy remains silent for a while, continuing to look off into the distance. The she says:
“I can’t explain the secret code to you. You can’t put it into words. Your insides have to be completely pure in order to read it.”
…
Excerpt from Room within a Room by Eric Keil, published at rhein verlag, 2015