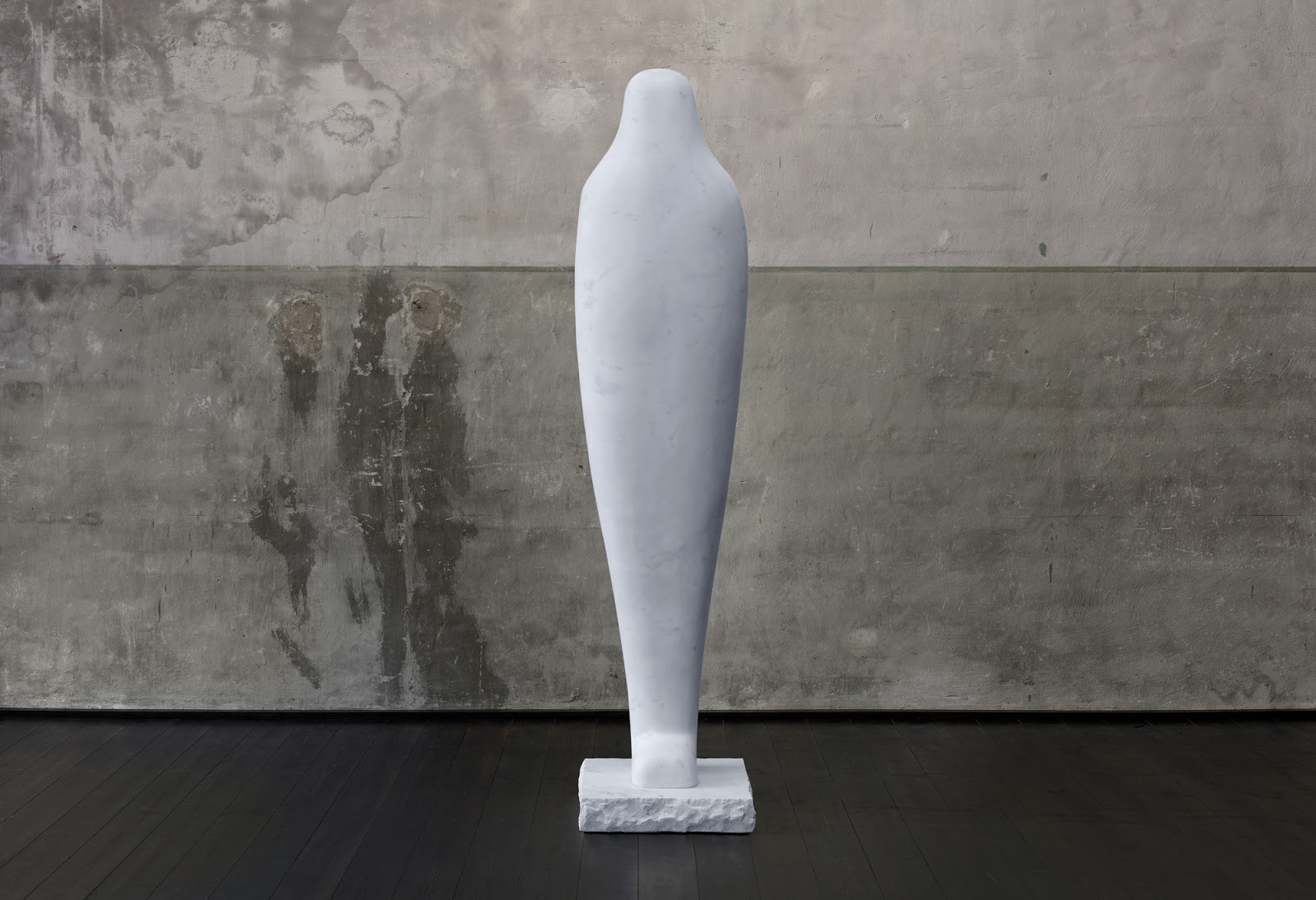 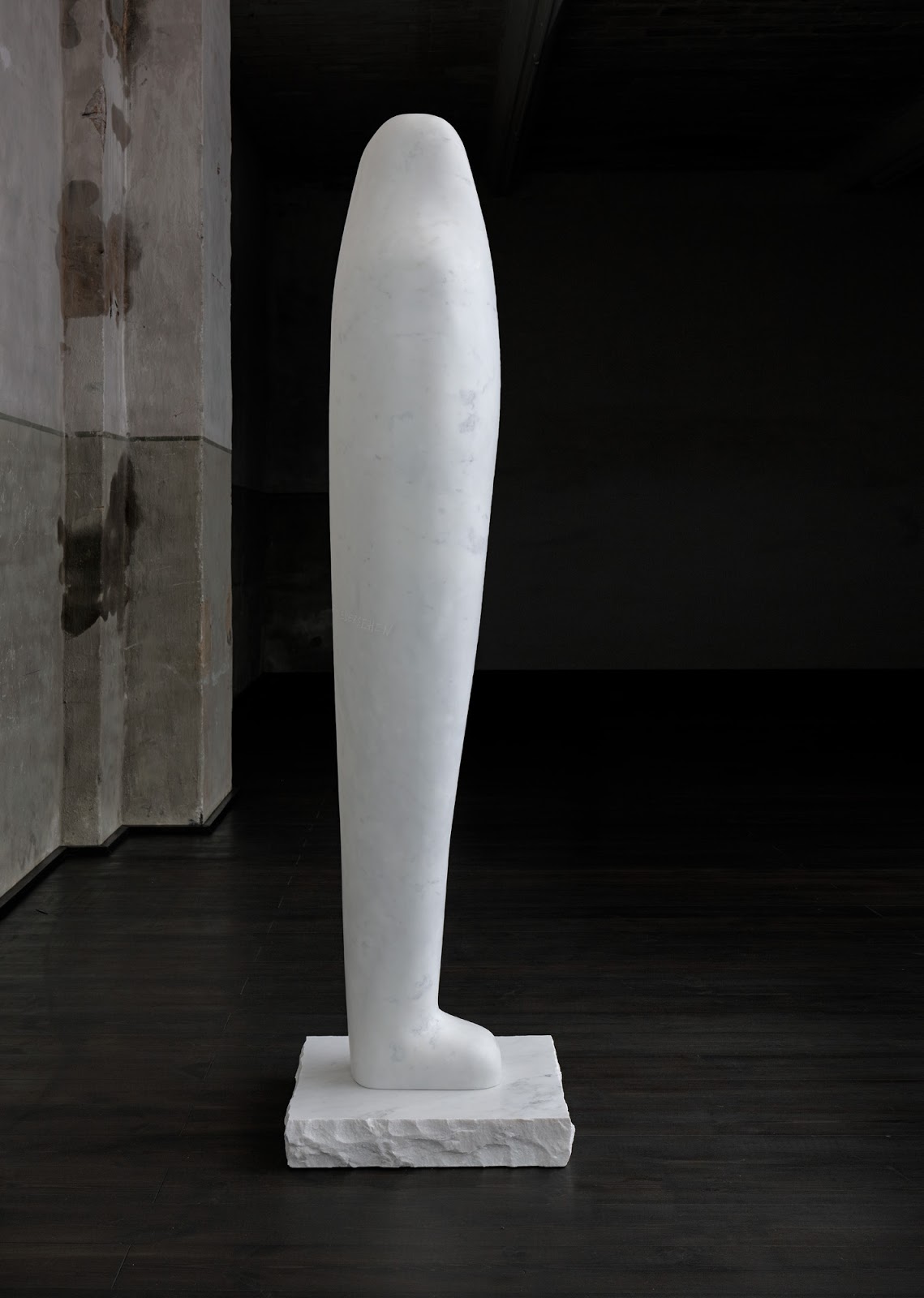 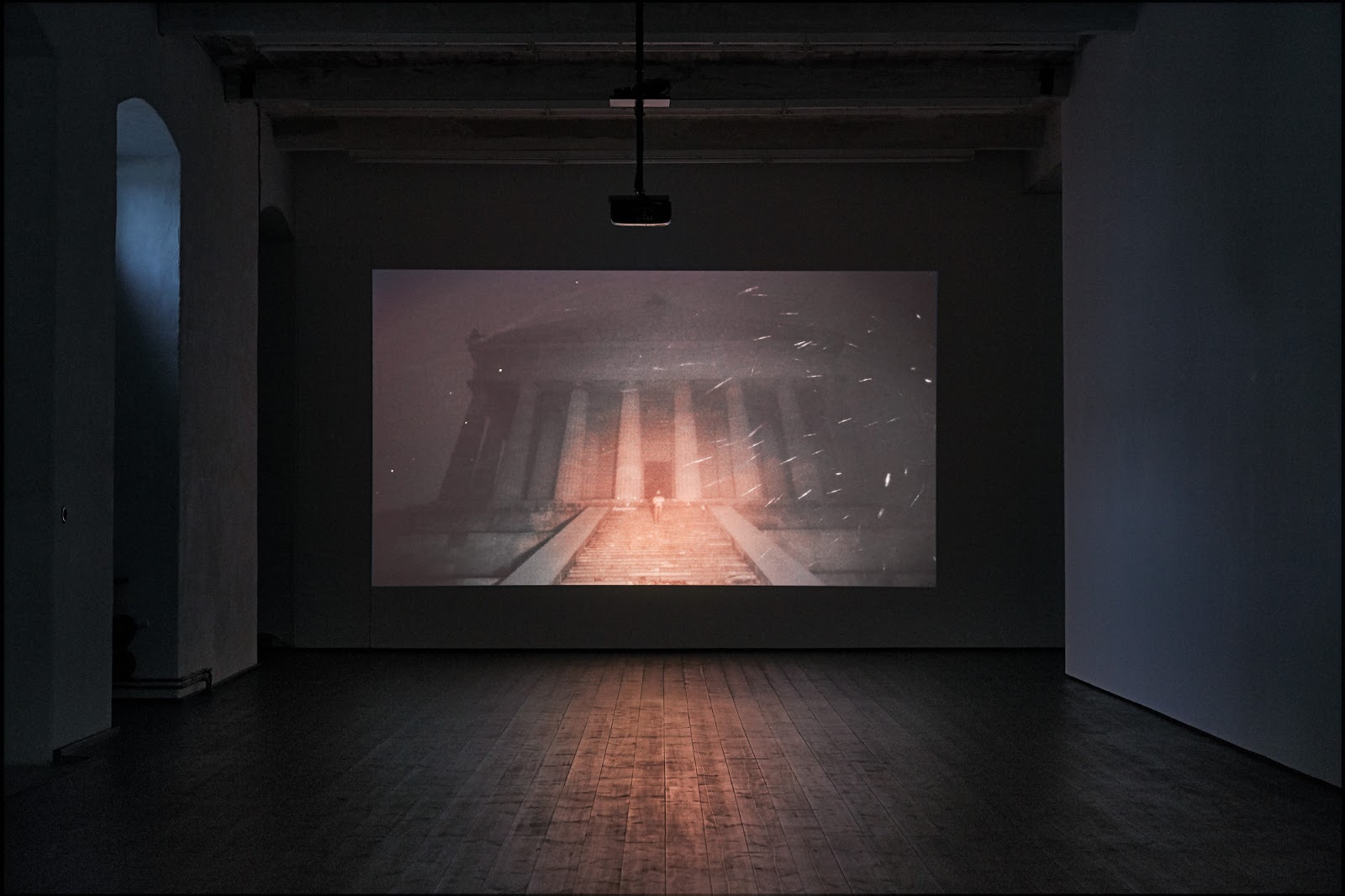 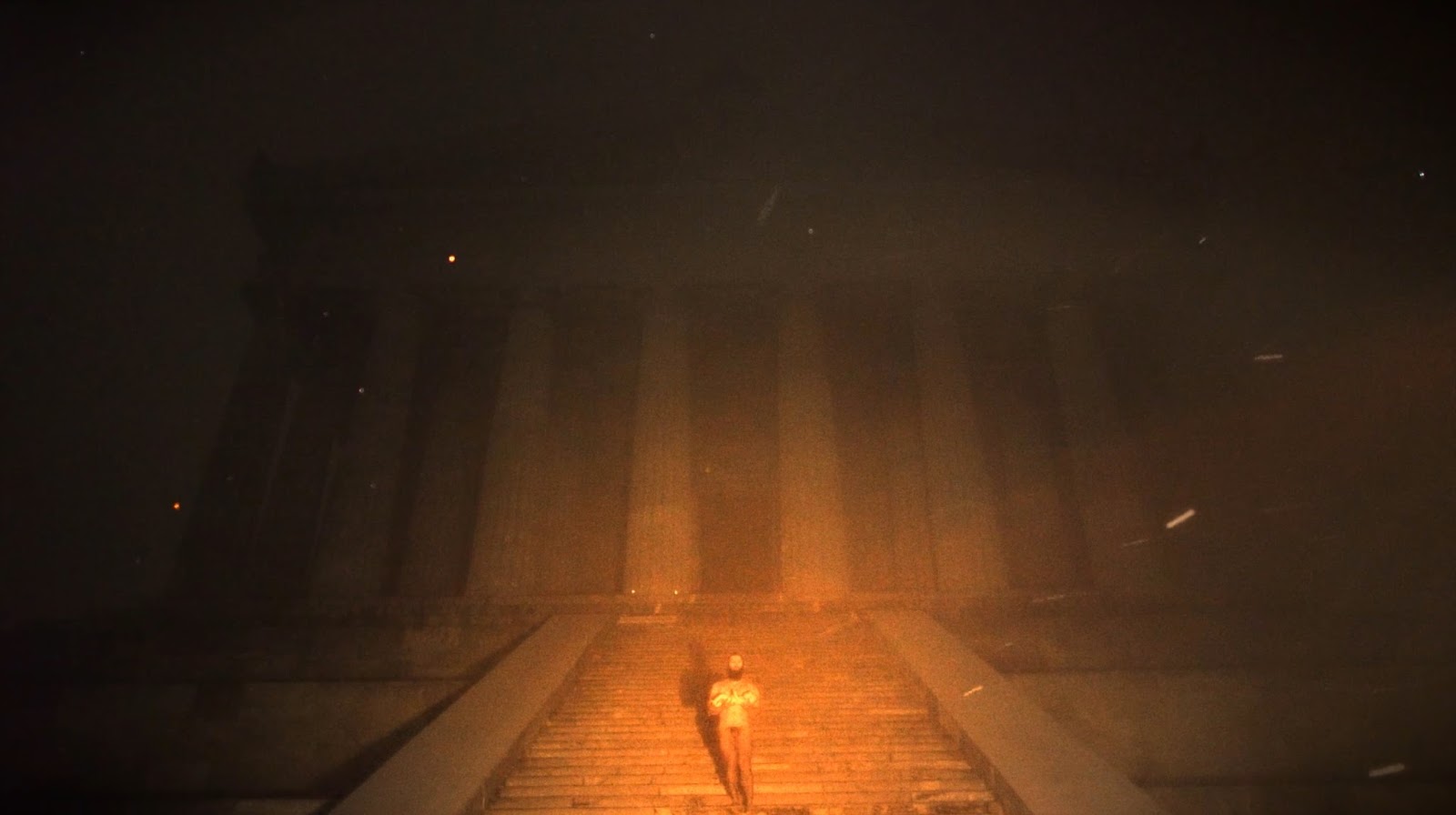 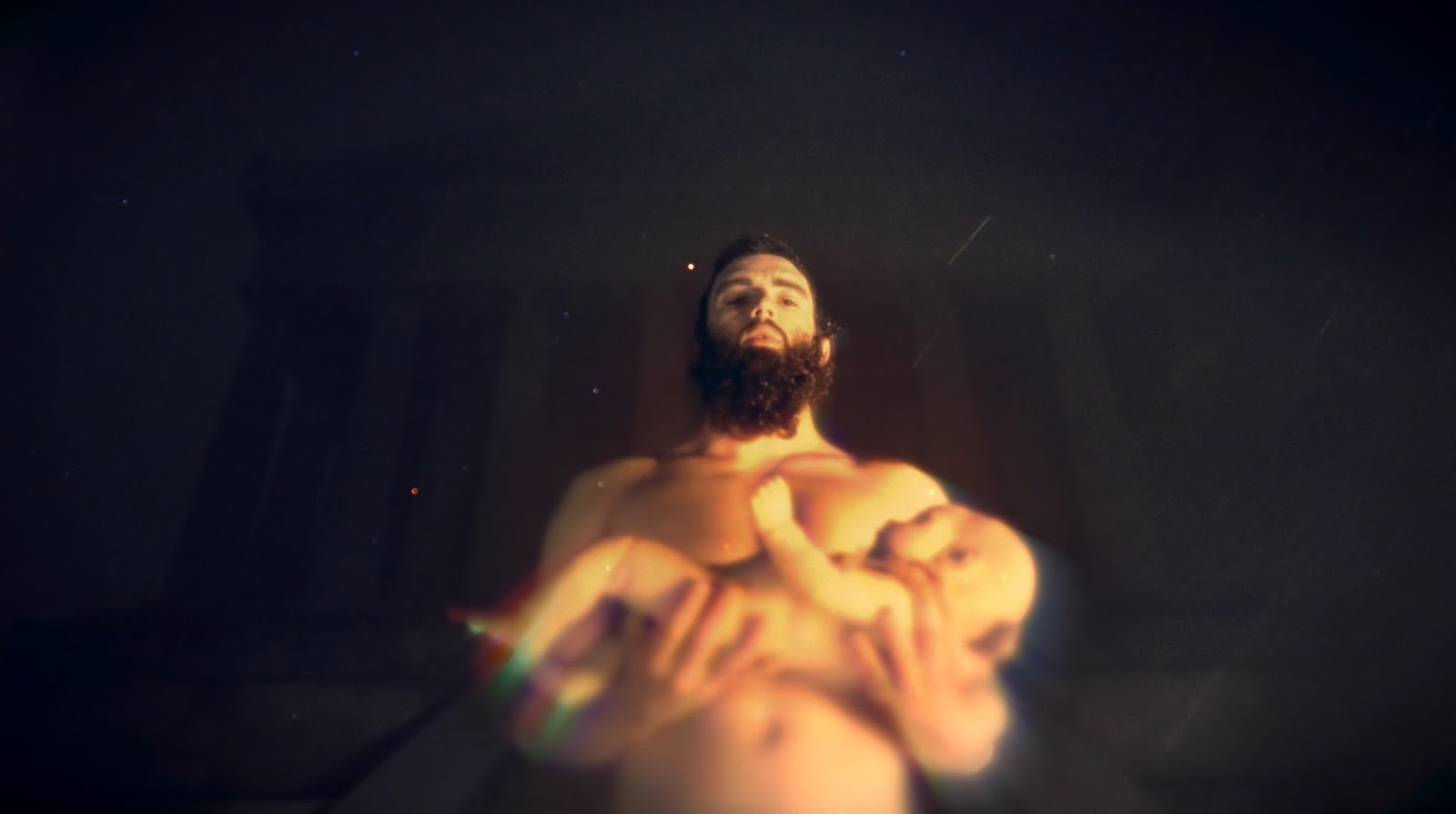 All images and teaser are courtesy of the artist and xavierlaboulbenne

Rising from the depths of Antiquity, Kronos descends the stairs of a monumental temple in a snowy winter night, holding a newborn in his arms. At the bottom of the steps, the king of the Titans devours the infant, instead of the Omphalos as in Homer’s epic tale, then returns to darkness.


Omphalos, 2016, single channel video projection, colour, sound, 90 minutes, was filmed at the Wallhala in Bavaria, a 1:1 neoclassical interpretation of the Parthenon of Athens that served as a pantheon to define German identity at the beginning of the XIX century. The soundtrack is an elongated rendering of Gustav Holst’s Saturn movement in The Planets, a symphony composed in 1916.


This exhibition closes Louis Philippe Scoufaras’ Trilogy of Terror, composed by three chronophageous films, Panic, N and Omphalos, reinterpreting events drawn from Antique mythology. Featured through single-shot video digital recordings, the three choreographed performances are filmed in sensitive geo-political locations and cast the actor Arthur Gillet as a Greek god archetype in straining impersonations. The digitally decelerated music compositions, originally written between 1911 and 1916, are part of a dramaturgy that unites the three oeuvres in a symphony in three movements.


Innovation proceeds here from a buried past, most particularly from Ancient Greece. Archaism becomes a vector of modernity and an exploration of our origins through the primordial energy of the myths.


Cut like an archeological trove, Omphalos, 2017, Carrara marble, 184 x 45 x 45 cm, extends the artist’s counter-narrative. The Omphalos, the stone originally wrapped in cloth by Rhea in the guise of Zeus to deceive the anthropophagous Titan, has grown into adult size. Through formal simplification, the symbolic object takes the shape of a ghostly figure seated on a pedestal non finito, an imposing term of 350 kg made of lavish marble, fragment of a block used in the reconstruction of Dresden.