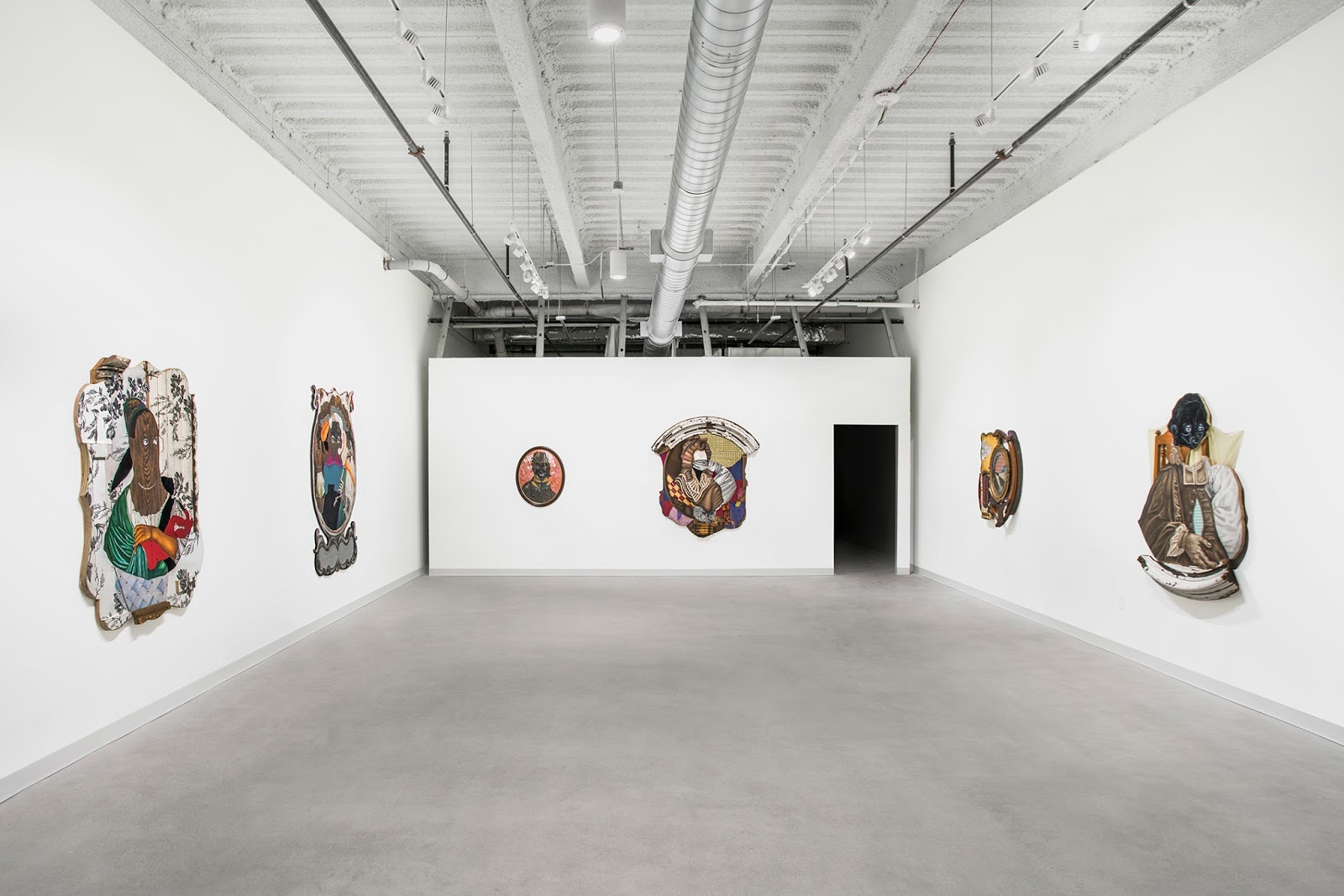 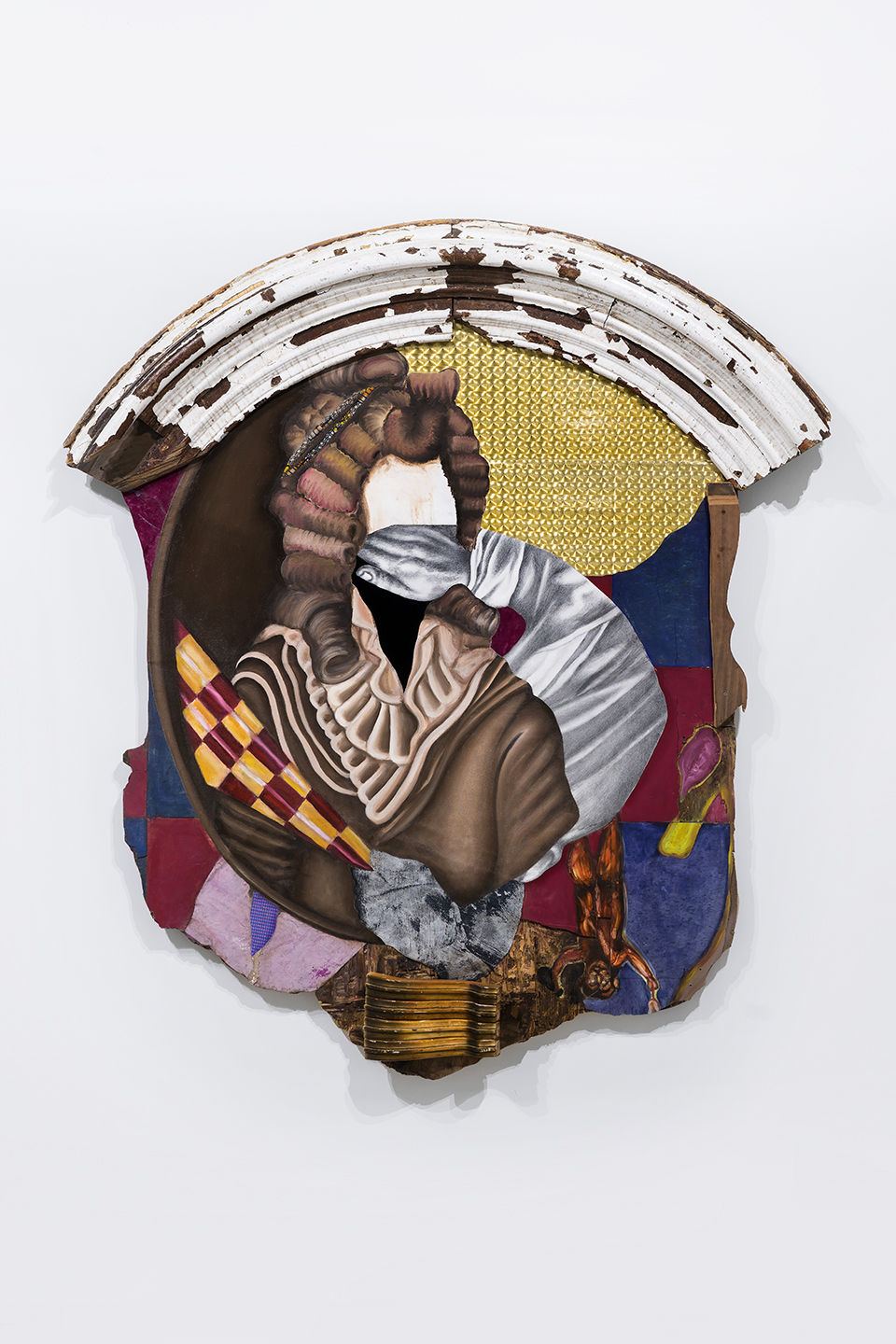 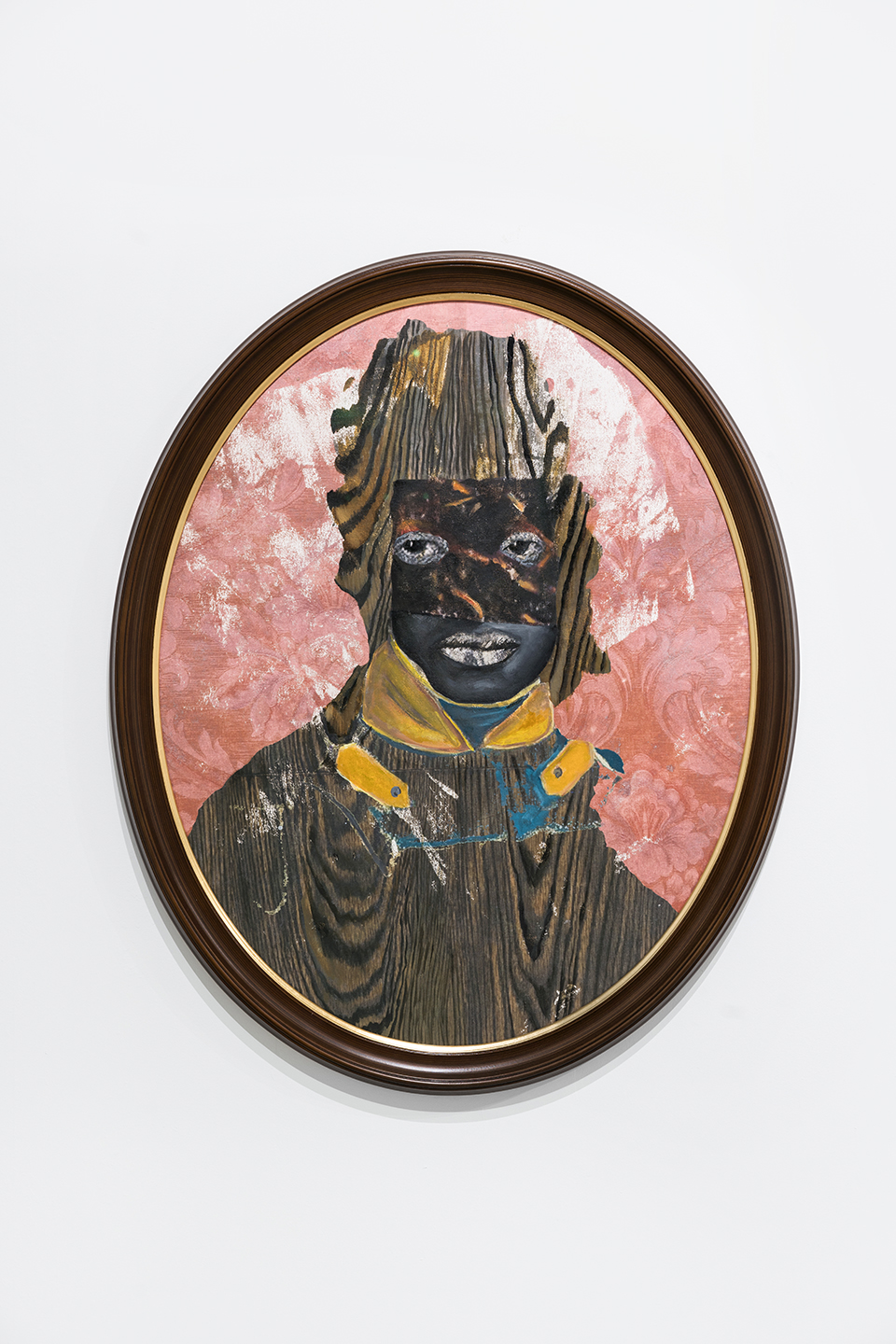 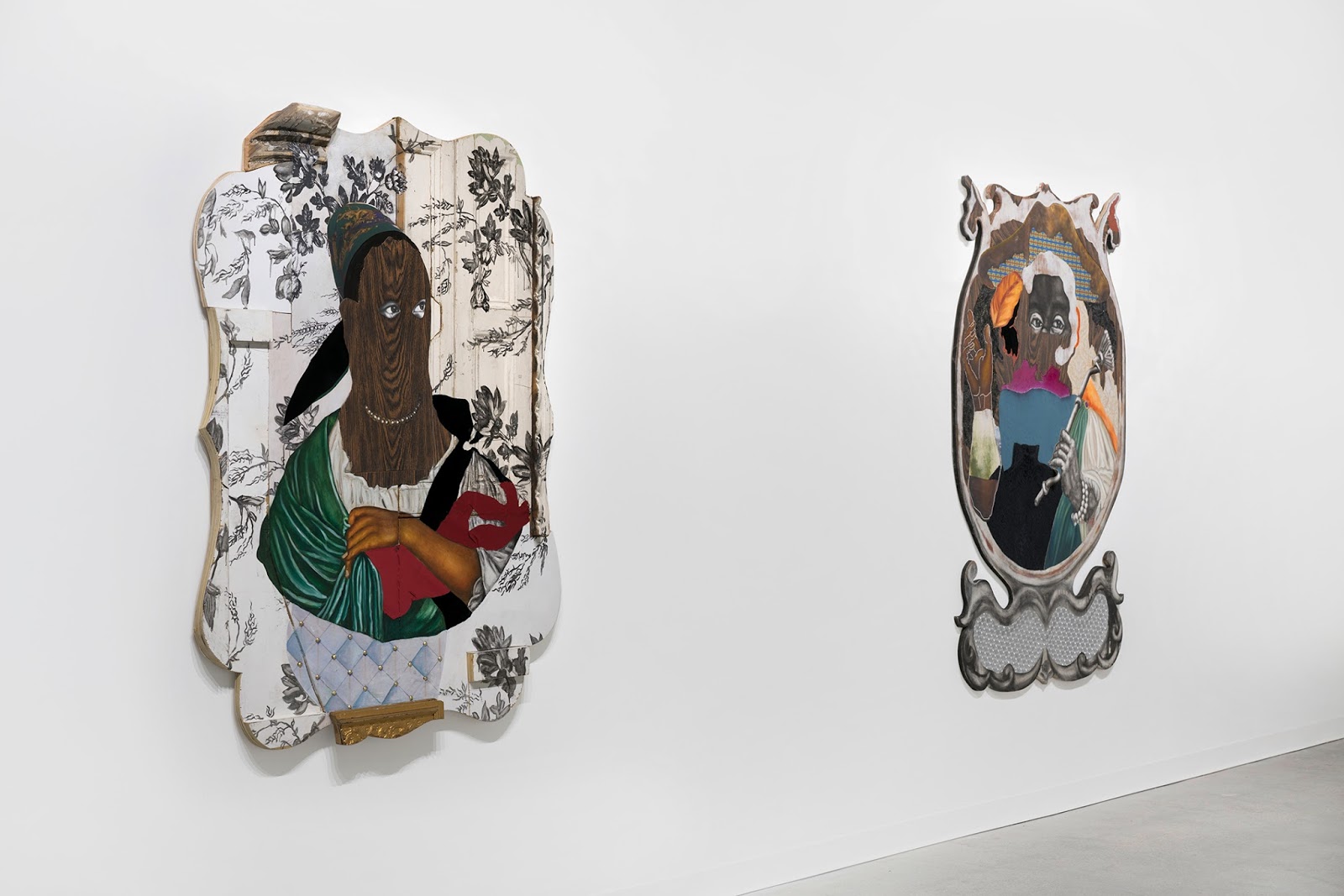 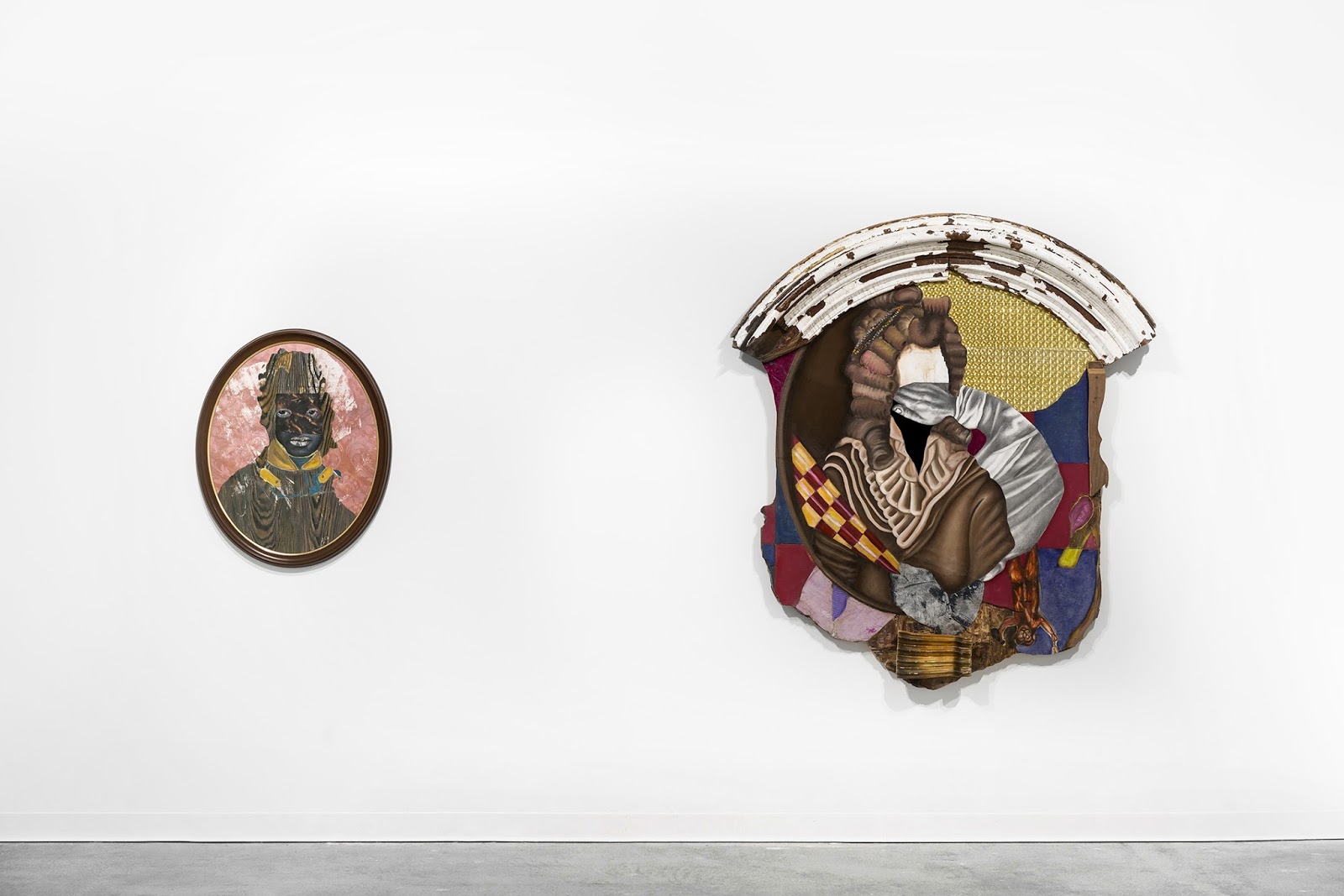 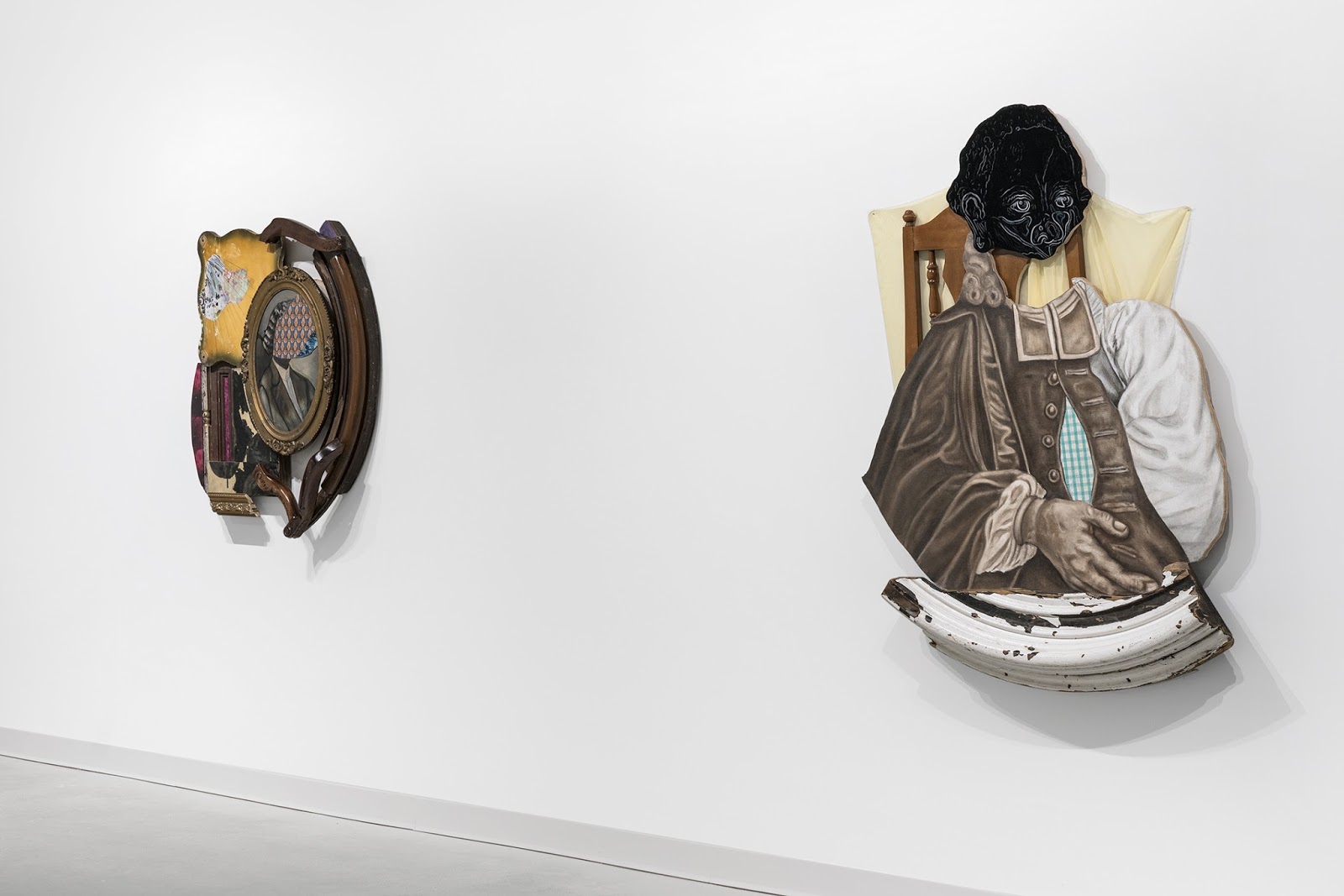 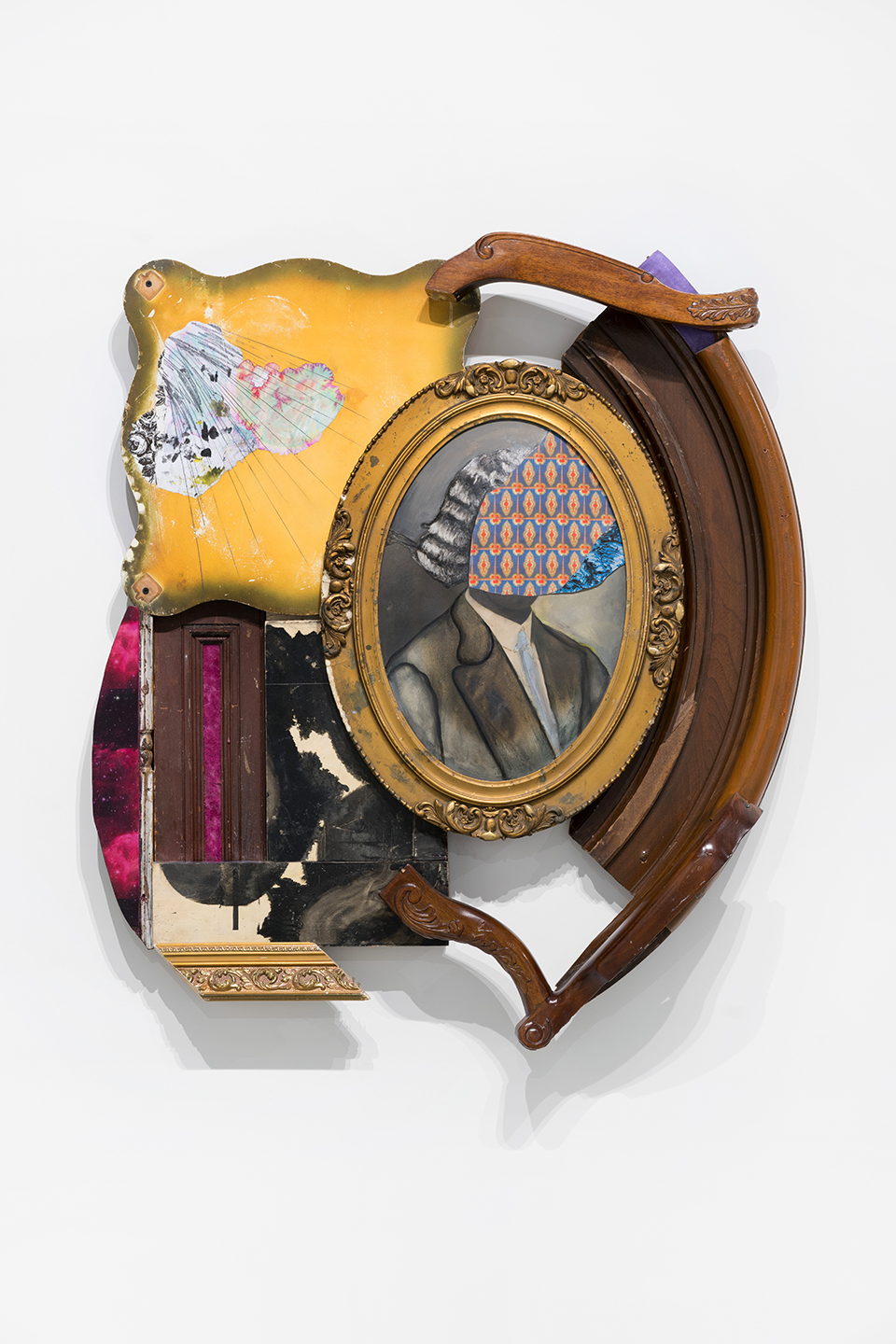 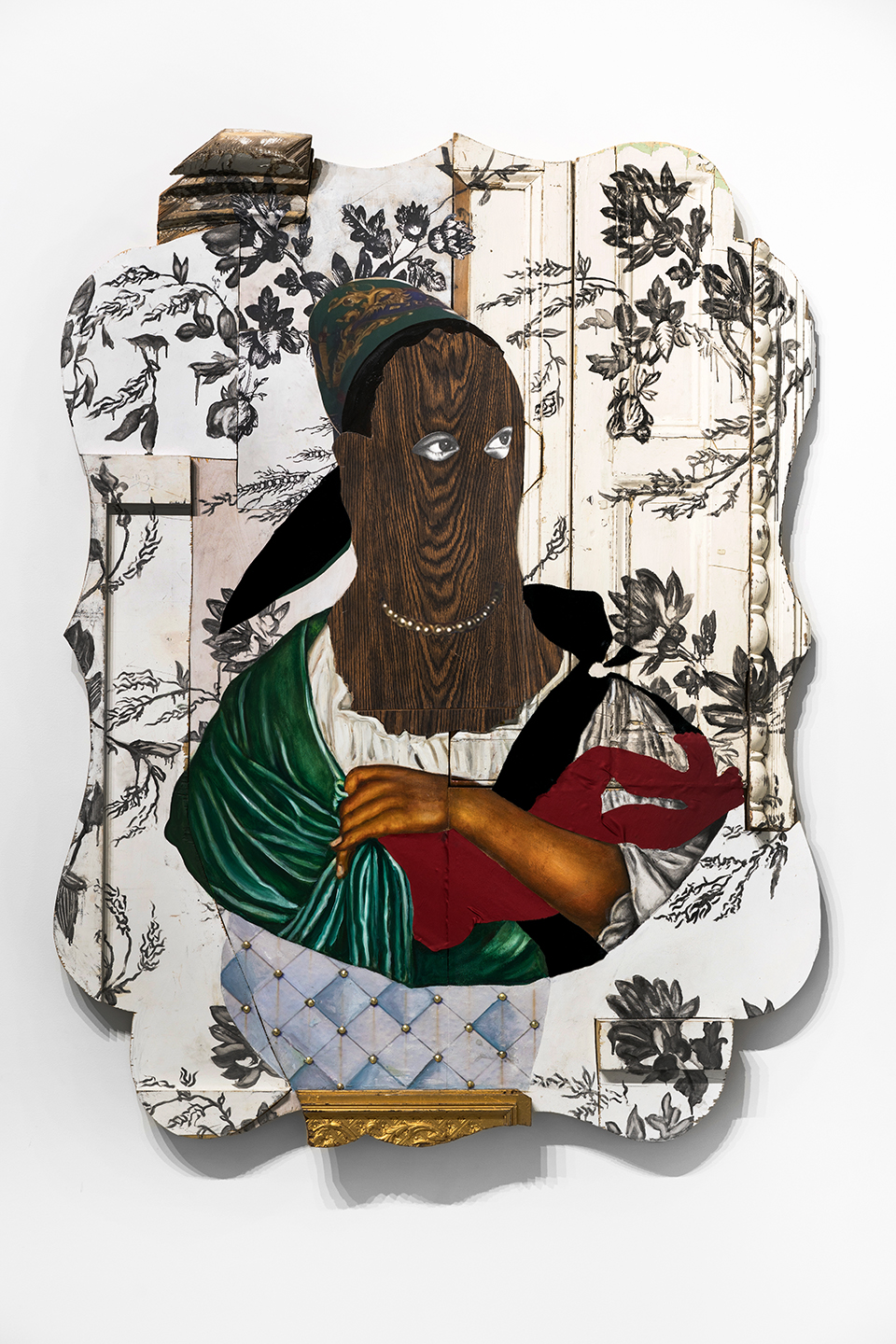 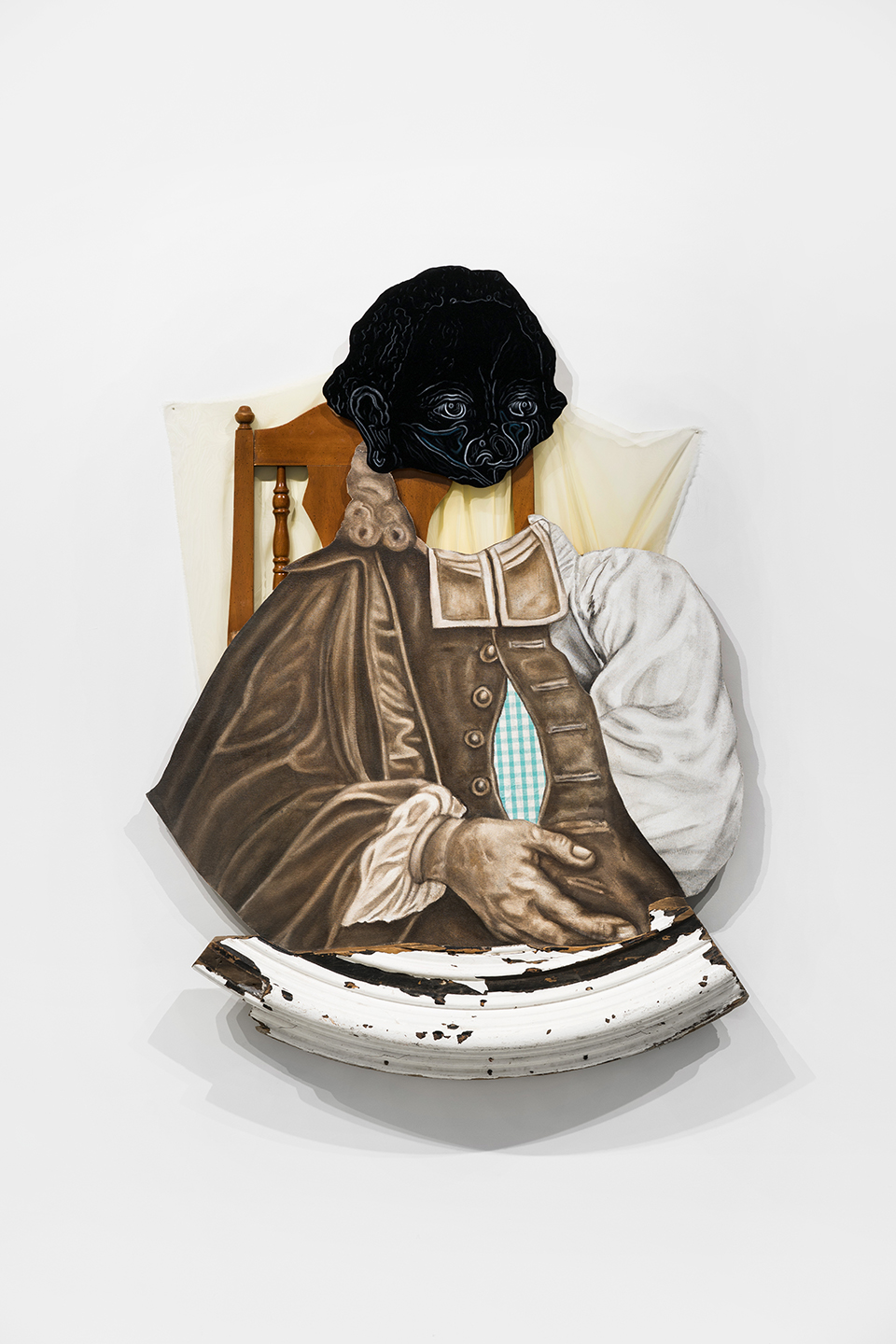 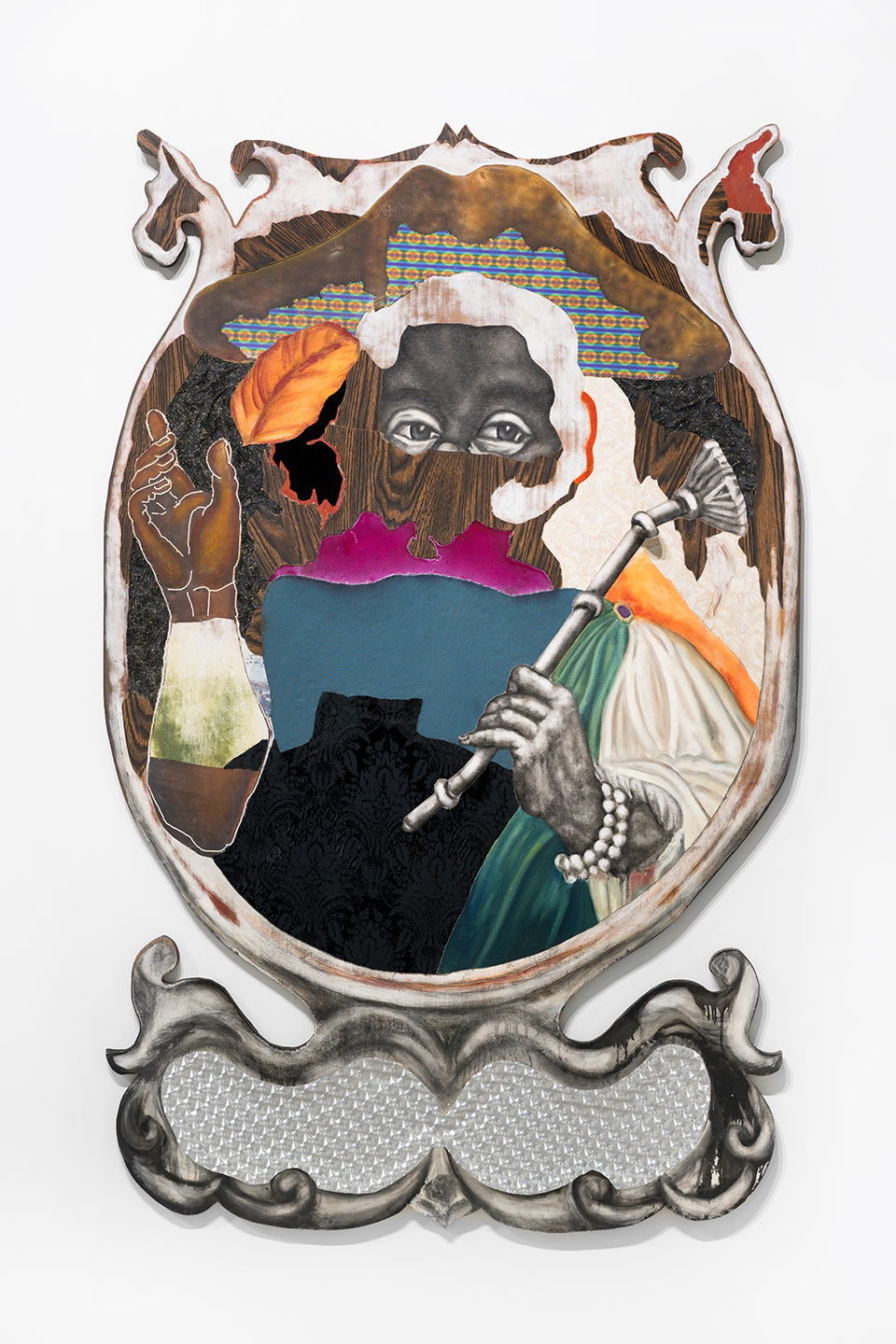 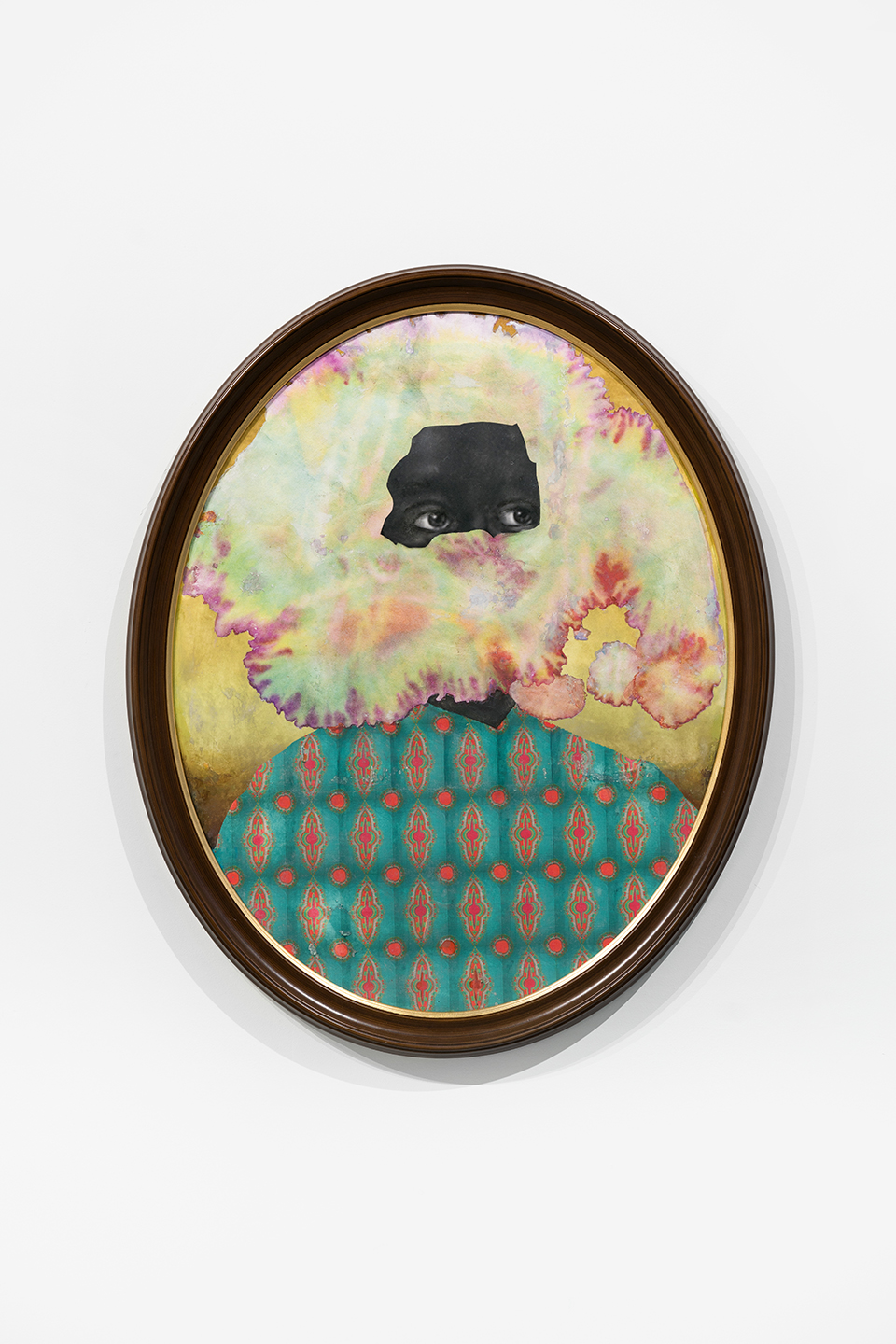 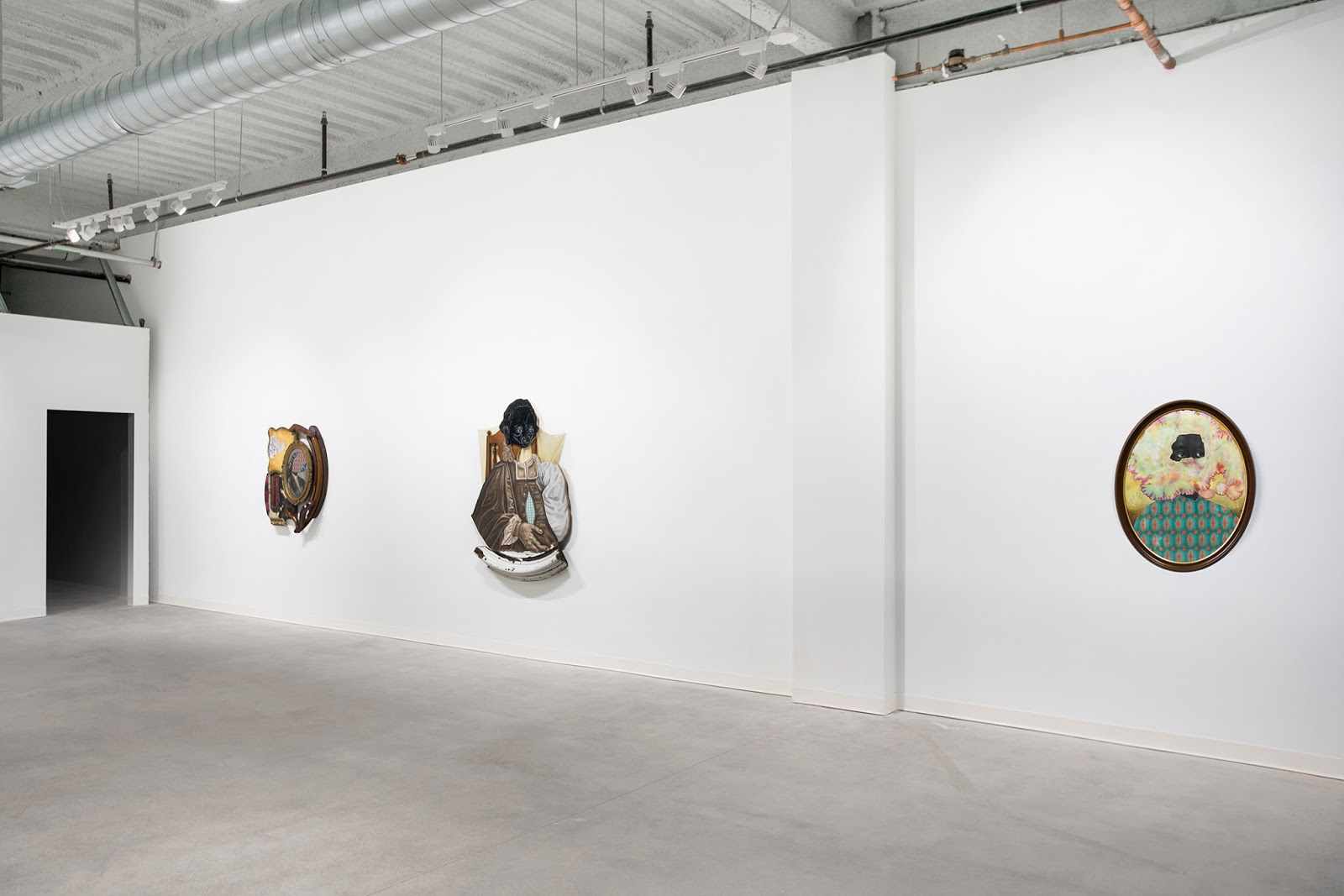 “A journey is a gesture inscribed in space, it vanishes even as it’s made,” writes Damon Galgut in his 2010 novel In A Strange Room. “Dust covers over your footprints, the marks of your fingers are wiped off the door, from the floor and table the bits and pieces of evidence that you might have dropped are swept up and thrown away and they never come back again.”

Thierry Goldberg MIAMI is pleased to present Daily Navigation, David Shrobe’s first solo exhibition in Miami Florida and the artist’s second show with the gallery. Through gesture and collage, Shrobe aims to reclaim and build upon the histories that have been lost, obliterated, and erased, which time threatens to keep hidden.

This new body of work speaks to ideas of travel and navigation in some form, be it through time, displacement, self-exploration, or migration. By reconstituting objects and imagery from inherited personal and cultural histories, Shrobe creates new meanings for the viewer and the figures that inhabit his potential futures. The artist sees the incorporation into his work of domestic items and quotidian detritus, often obtained from the streets surrounding his familial home in Harlem, as a way to retell memories from previous generations; the patterns, tiles, and flooring carry vestiges of travels and movements, histories and experiences.

These latest hybridized figures challenge and reject stereotypical cultural prompts placed in imagined settings where they are no longer oriented to a specific time and place. Using remnants of historical iconography, Shrobe's allusive references include influences from Yoruba Mythology, African American folklore, daguerreotypes of soldiers and abolitionists, and copper engraved portraits of African nobility. Simultaneously, they become intimate renderings of his community. Shrobe’s “Double Jointed”, which borrows from a famous portrait of Sophia Charlotte, England’s first Queen of African descent, also includes collaged images of his wife’s hair rollers and linoleum from a since shuttered nearby bodega.

Shrobe is interested in a multilayered exchange of materiality, symbolism, and technique, where abstraction and figuration coexist and new portrayals emerge, presenting alternative representations that project empowerment and defiance towards prescribed systems of authority.

David Shrobe lives and works in New York, he holds an MFA and a BFA in painting from Hunter College. His work was recently included in Uptown, the Wallach Art Gallery Triennial at the Lenfest Center of the Arts, New York, NY; Harlem Postcards at the Studio Museum in Harlem; and in Bronx Calling: the Fourth AIM Biennial, at the Bronx Museum. He has had a solo exhibition at Thierry Goldberg New York; The Sugar Hill Children’s Museum in Harlem, and at Russ Berrie Pavilion in New York. He has also exhibited at bitforms Gallery, FiveMyles, and Rush Arts Gallery, among others.