Daniel Lie / Children of the End 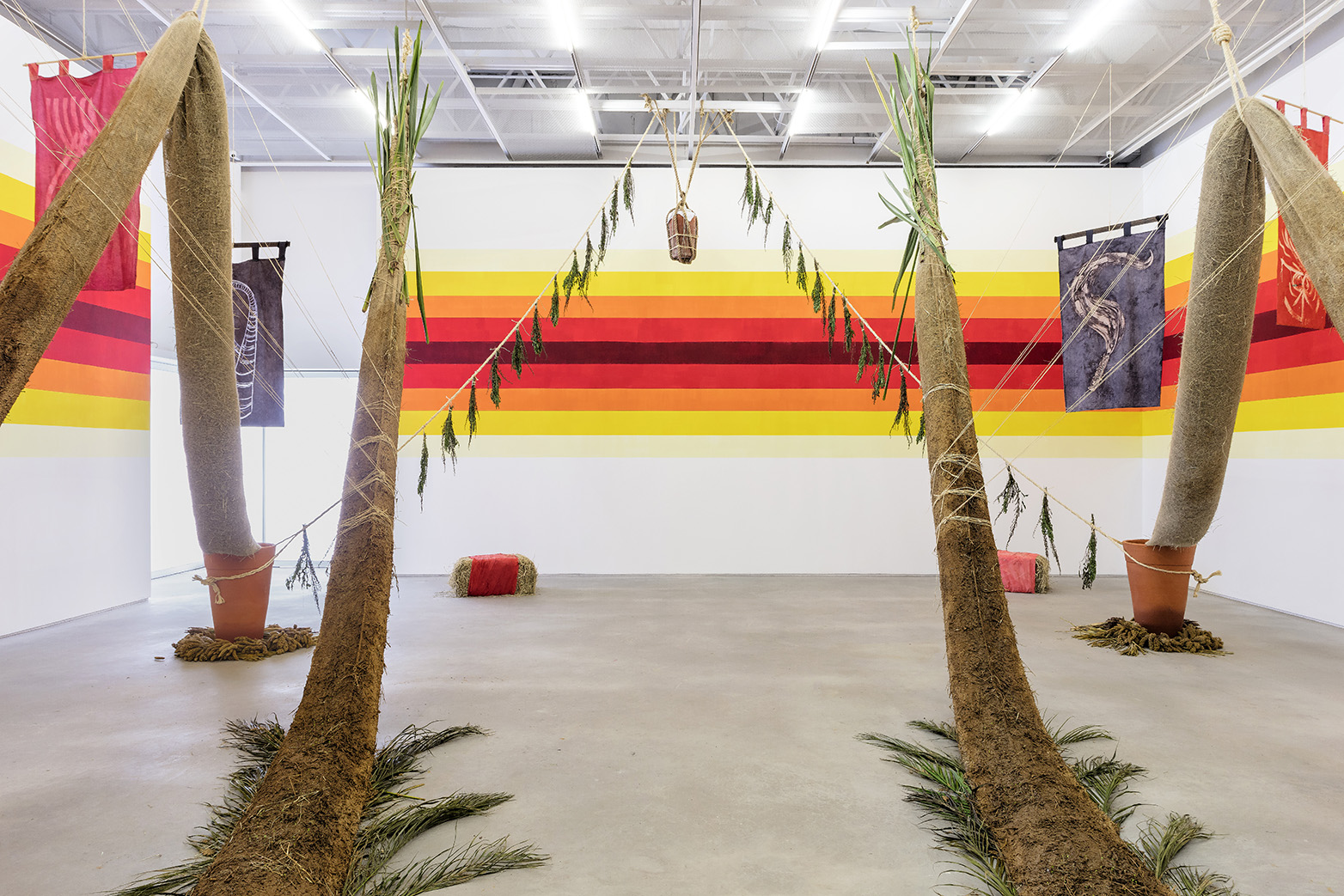 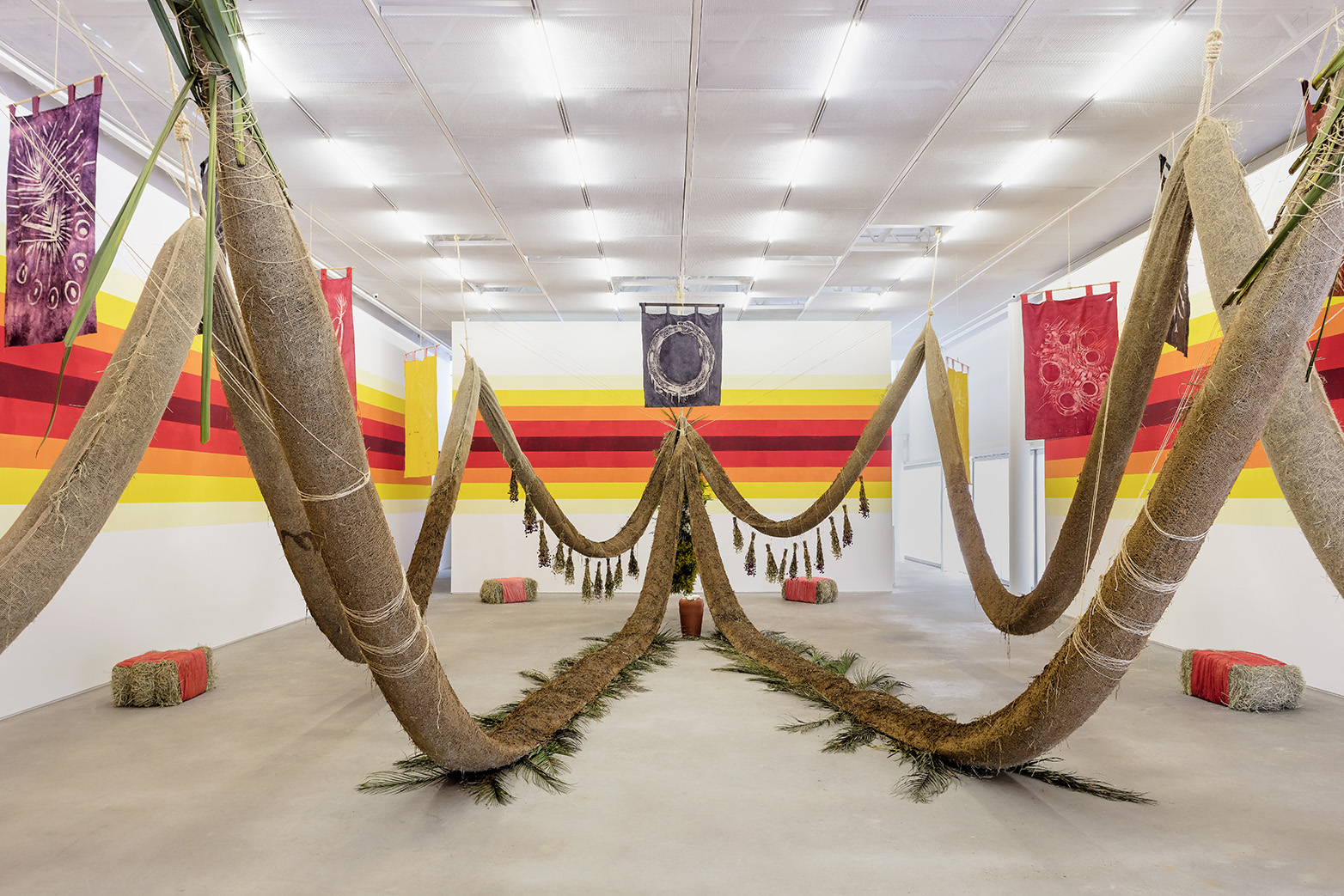 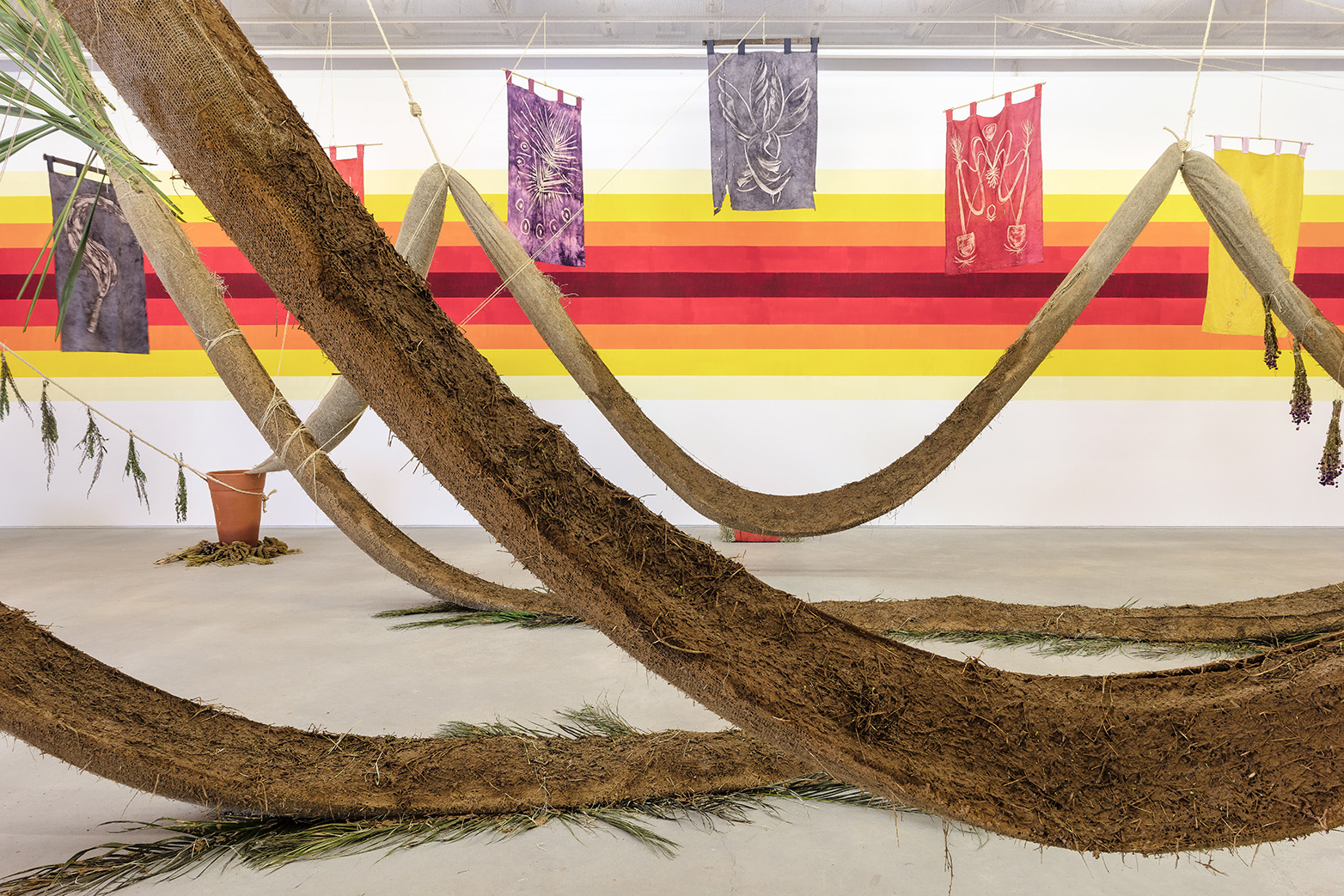 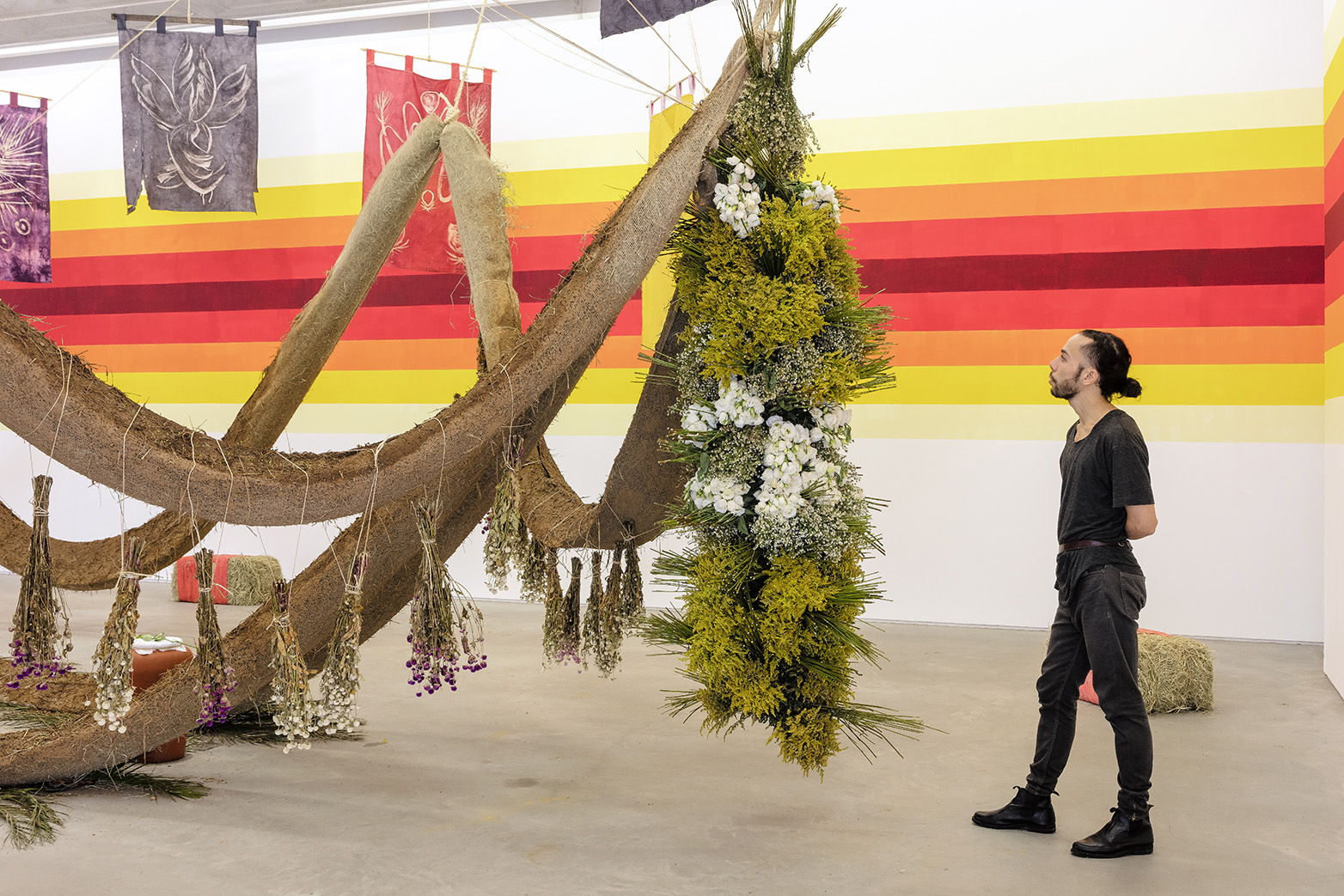 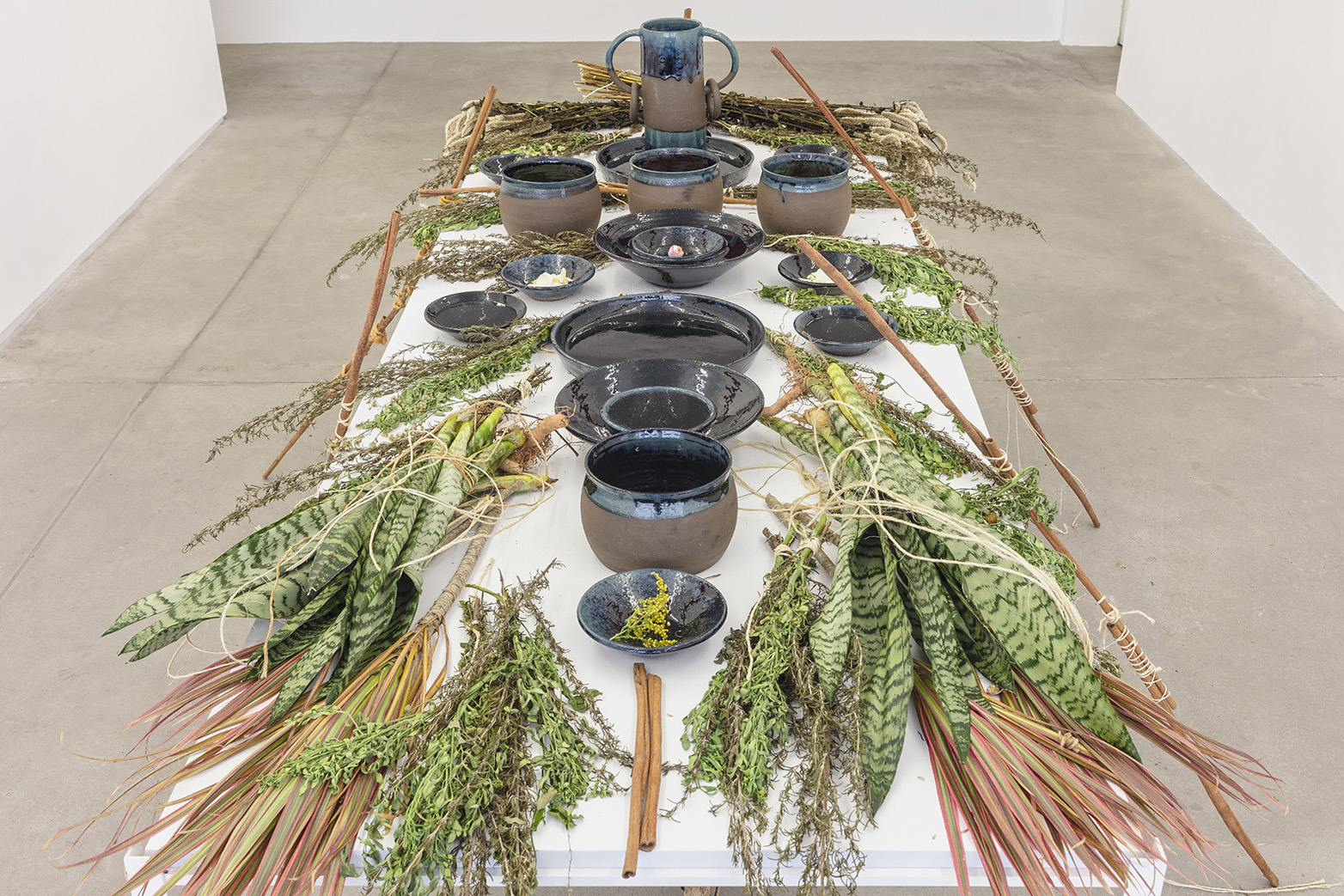 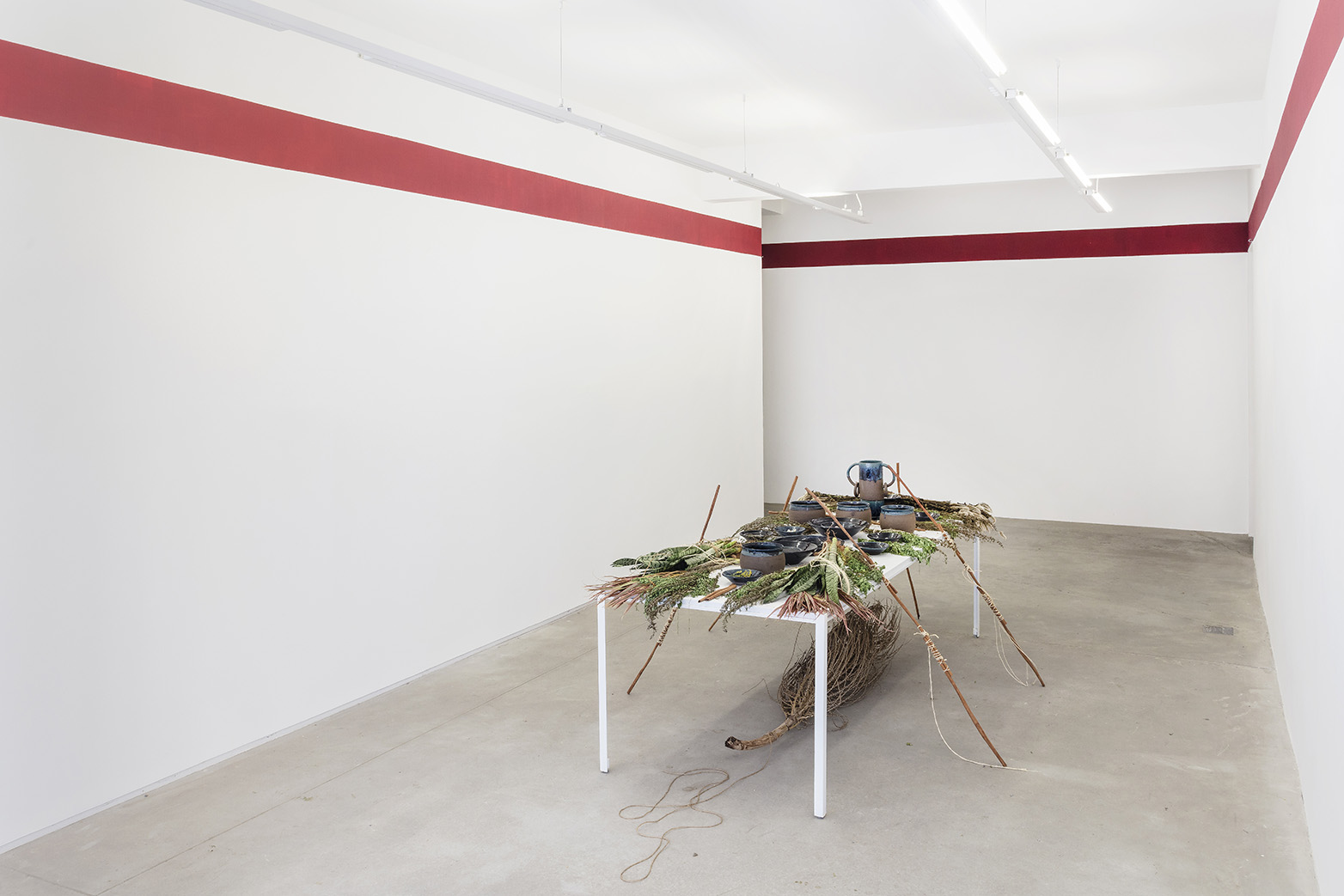 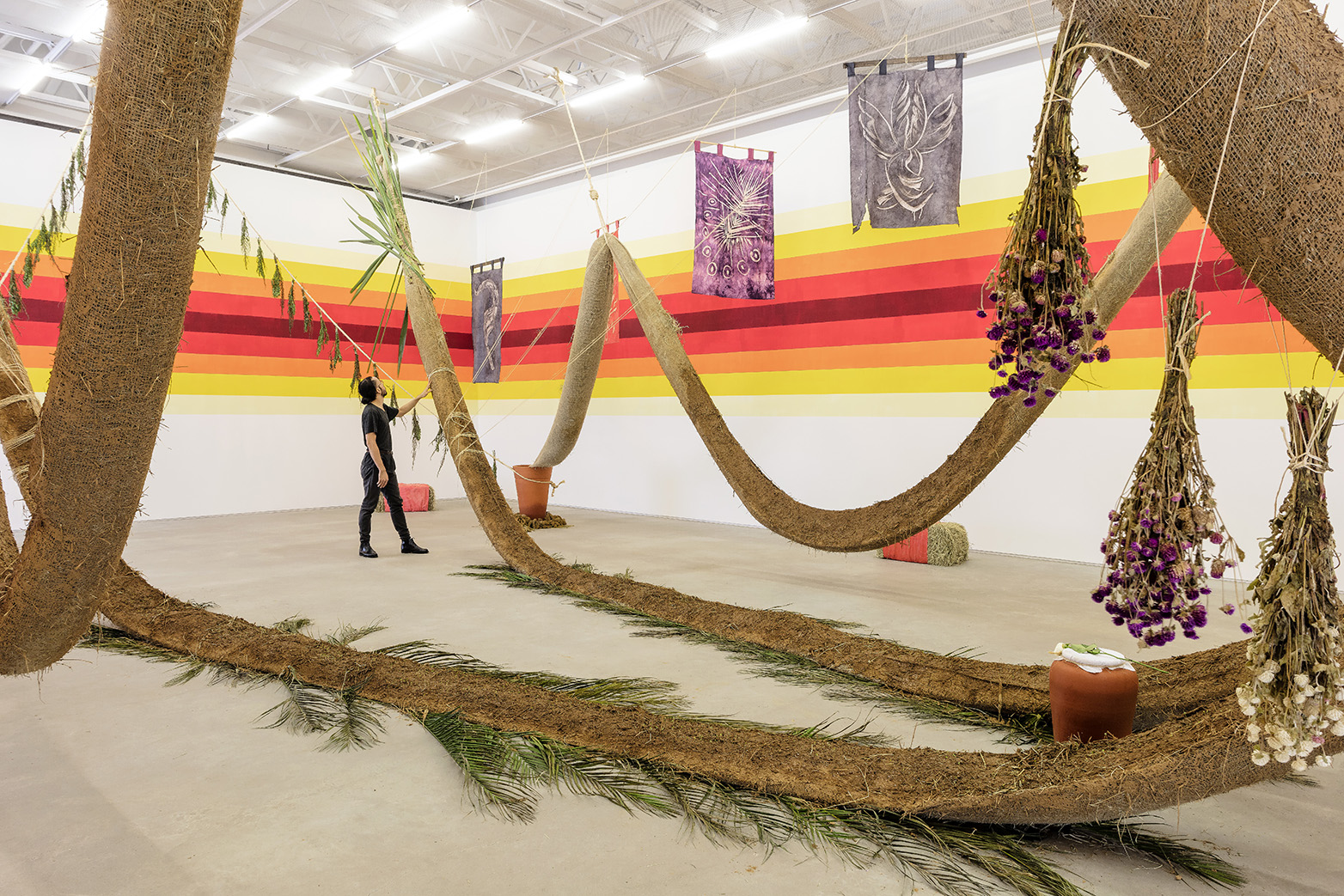 2018 is the year of Casa Triângulo’s 30th anniversary, and its commemorative exhibitions season opens with the second show by young artist Daniel Lie at the gallery, happening in the week previous to Carnival and during Lent.

Entitled Filhxs do Fim [Children of the End], the show presents a large installation which occupies the gallery’s main room. The work is built with a combination of natural elements that accentuate the passage of time through their natural cycles. Plants, seeds and dirt create the structure which allows the viewer to observe the impermanence of them, like a slow ceremony which leads to an inevitable ending. During the exhibition, the disposed elements advance to their life and death processes, as sprouting and fermenting seeds, decomposing flowers and proliferating fungus.

The installation Filhxs do Fim is thought as an altar for Death, carrying symbolisms present in some rituals of African and Asian origins, themes into which the artist has deepened himself over the last years, like the presence of the Ouroboros figure, an image that leads the installation - the end as the beginning.
The Ouroboros is a mythological creature, a serpent which swallows its own tale, forming a circle, and which symbolizes the circle of life, infinity, change, time, evolution, destruction and renovation. This ancient symbol is many times associated to the creation of the Universe.


Children of the End started with the perception that the constitution of America and the people who are in this continent had in their narratives the passage of an Ending -  in order for their future and present generations to continue one part of their history had (or was inflicted) to end  - for instance the genocides and resistance of indigenous population, African descents from the diaspora, the European who left the land to colonize, war refugees from areas that were destroyed by conflicts - The ending as a beginning.

Daniel Lie is a young artist who is also going on 30 years old in 2018. Over the last years, he has been participating in important exhibitions in Brazil and abroad in England, Hungary, Indonesia, Austria, Germany and Chile. Having “time” as a starting point for his production, the artist develops works that question tensions between science and religion, ancestry, present, life and death.

The installation “Filhxs do Fim” is a variation of the installation “Death Center for the Living (2017)”, which was one of the highlights of the Vienna Festwochen, in 2017.
Furthermore, the artist also presents a line of ceramics, developed in partnership with the brand Olive Cerâmica, exclusive for Casa Triângulo.
Tags Brazil, Casa Triângulo, Daniel Lie, Lazy exhibitions, São Paulo
Newer Post Older Post Home