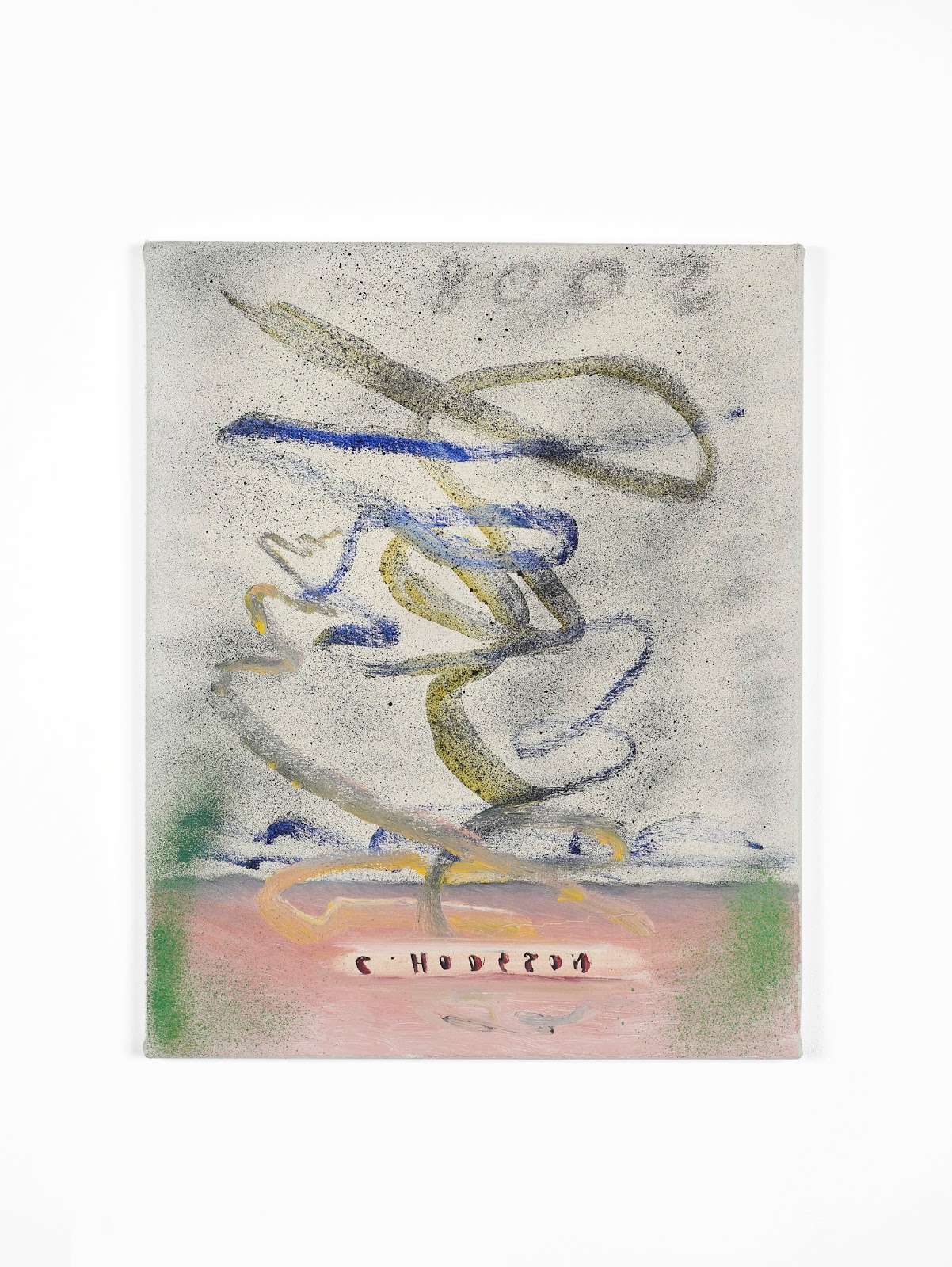 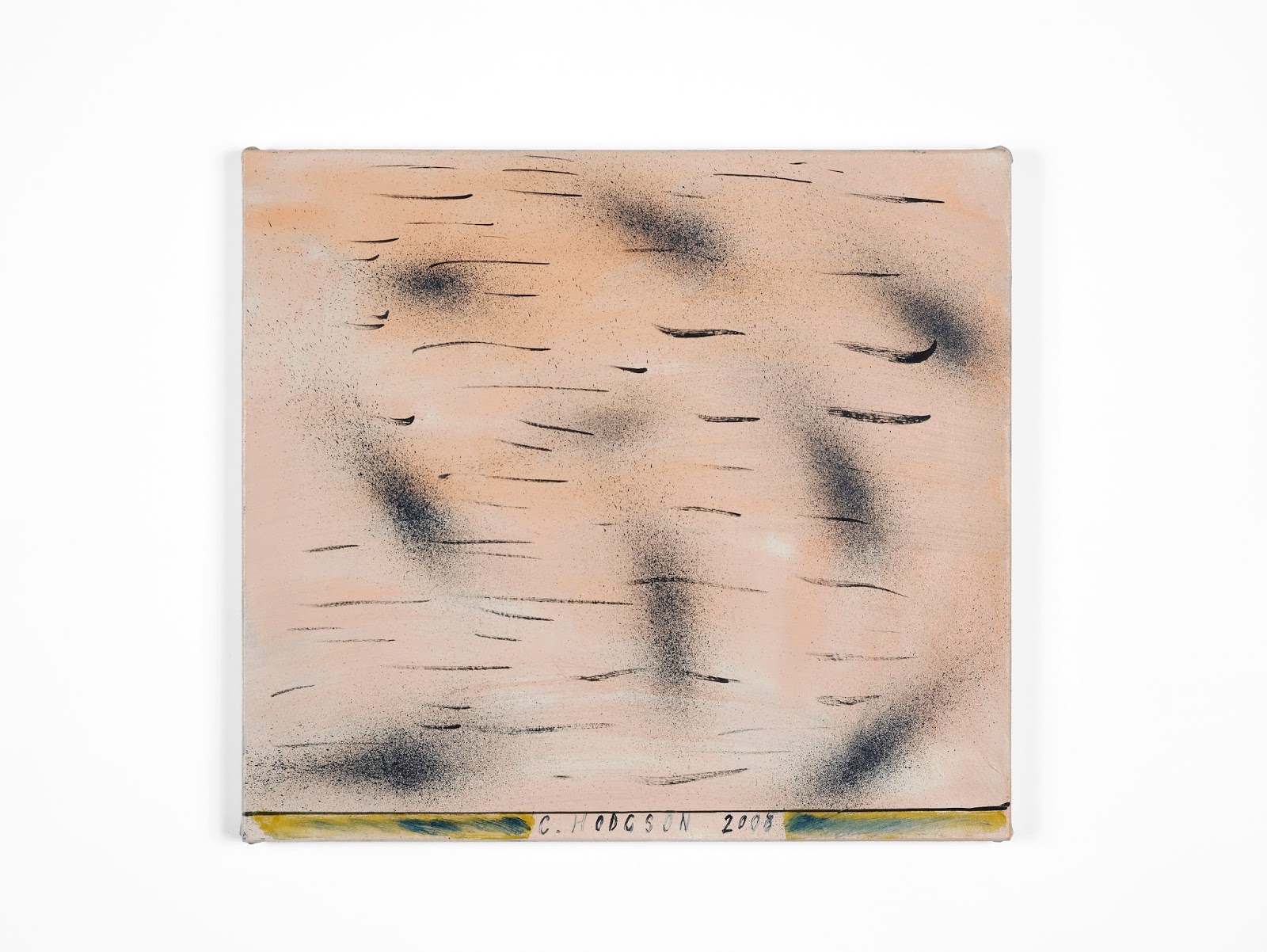 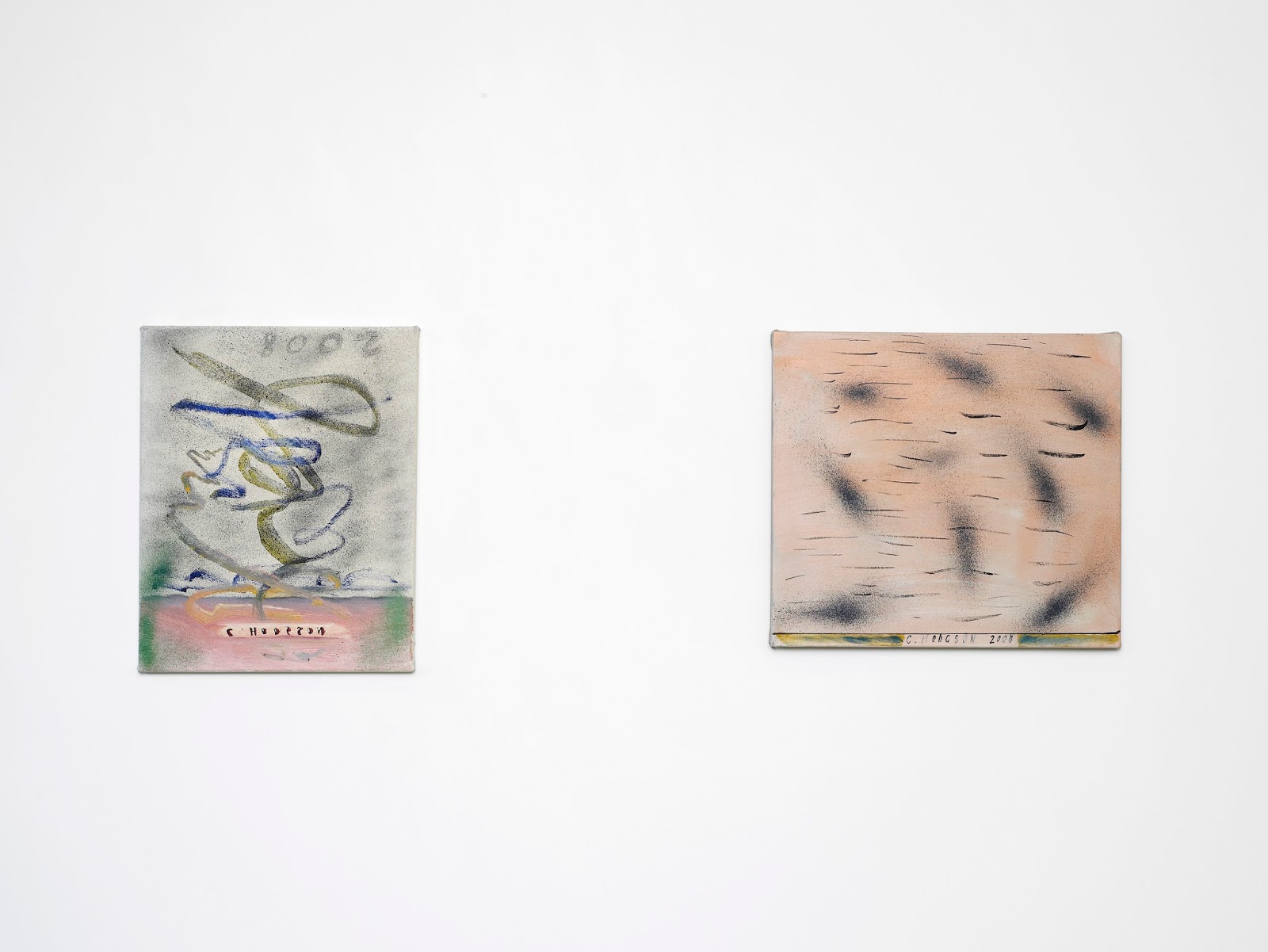 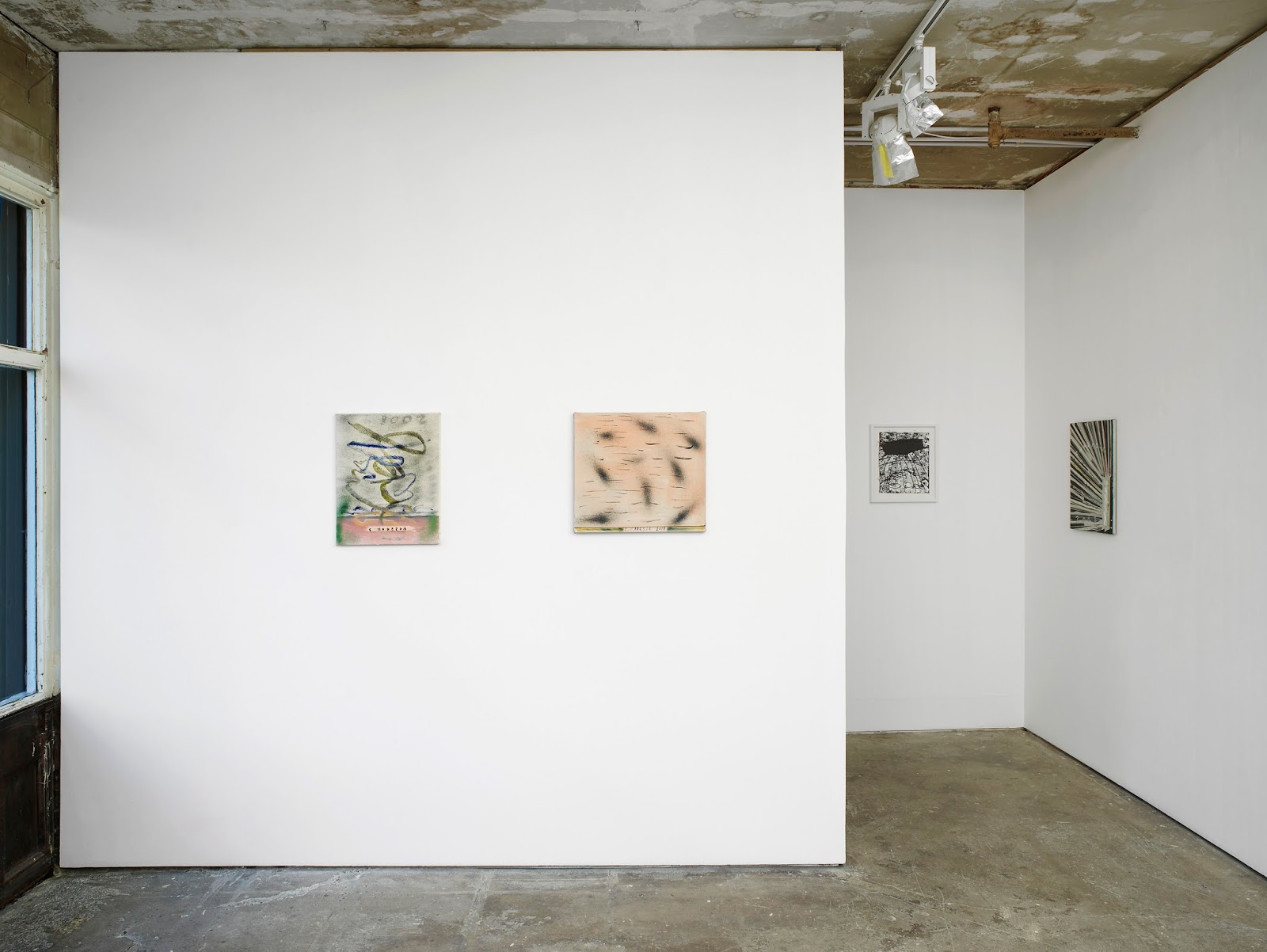 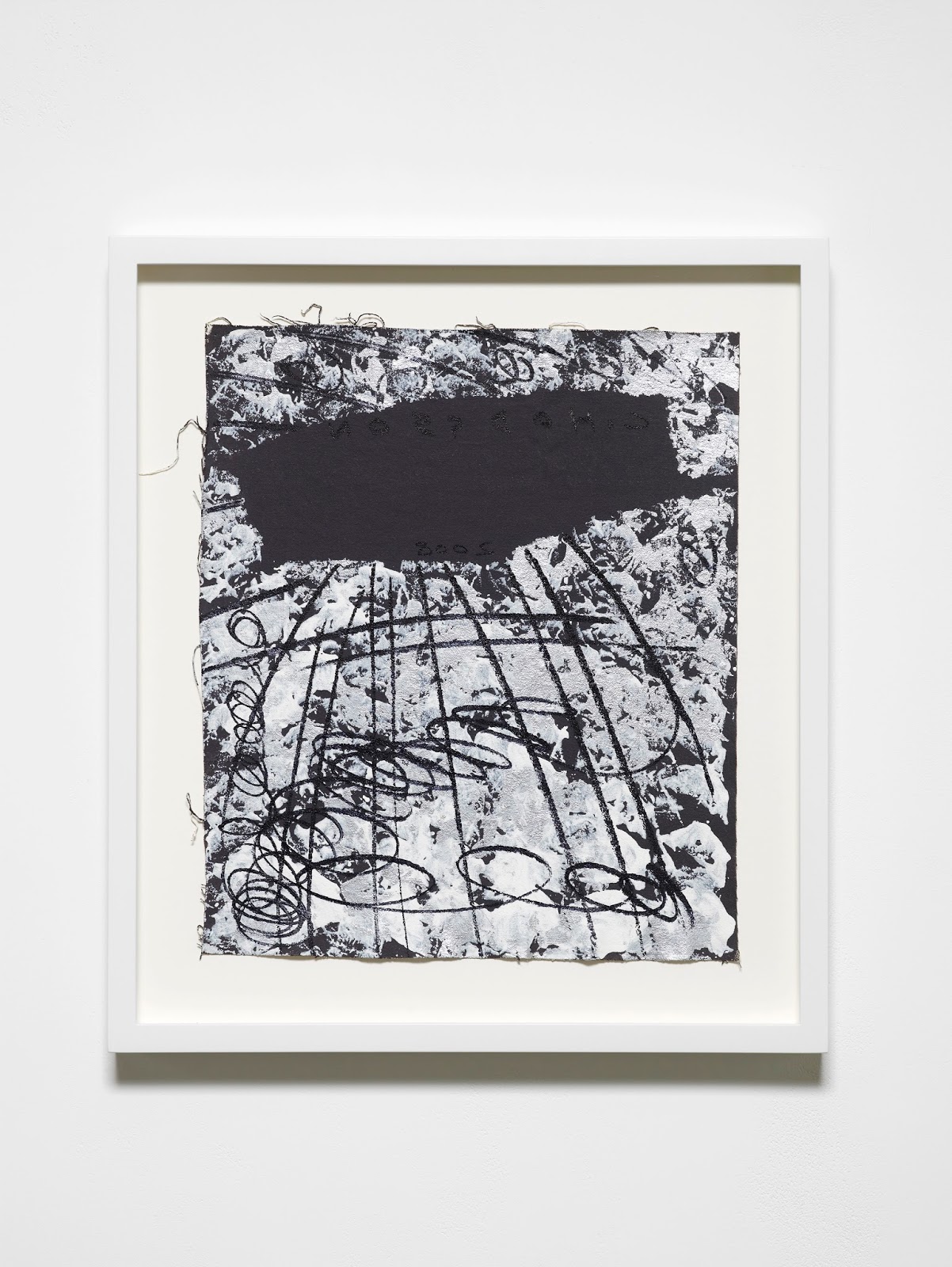 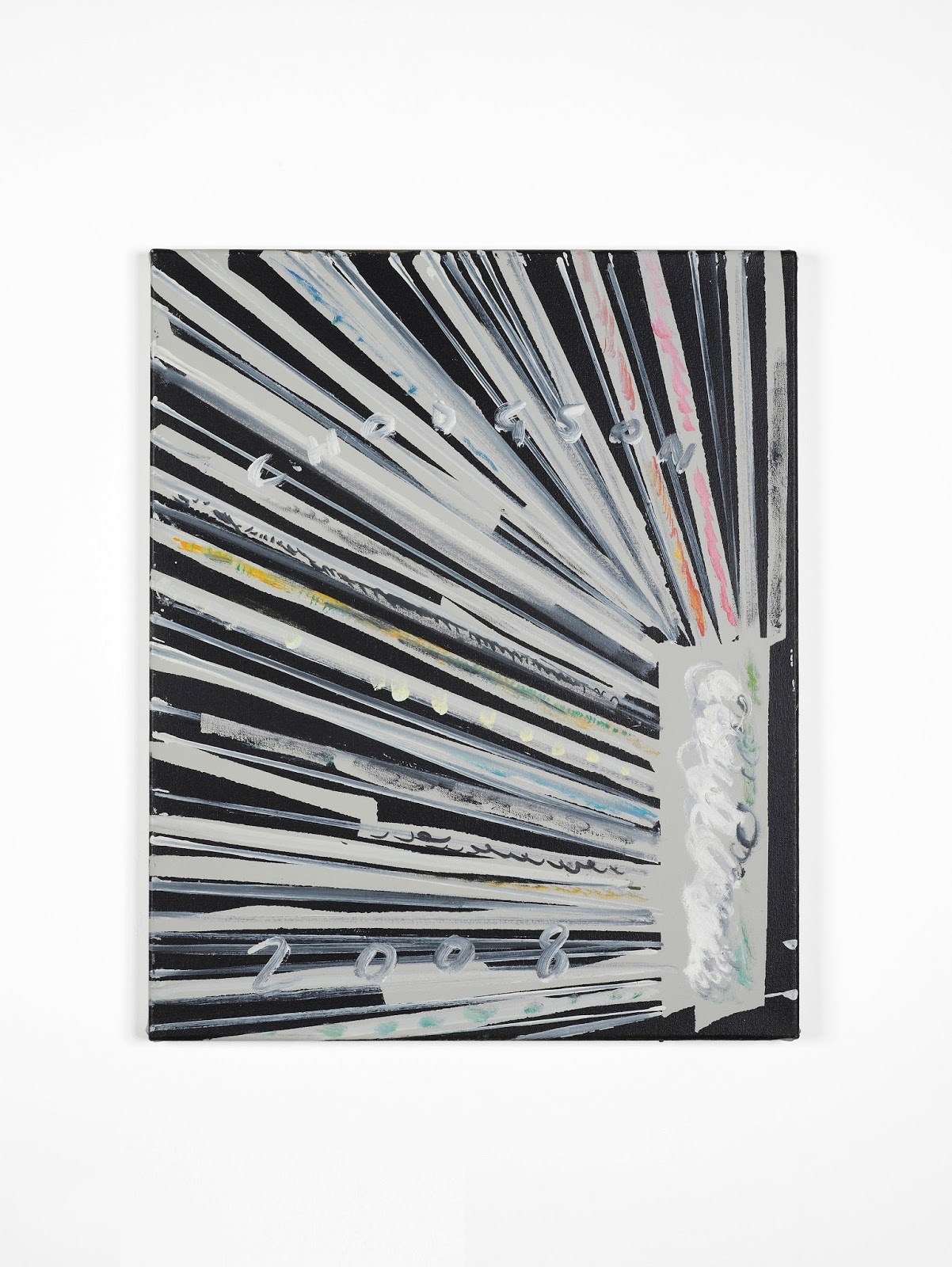 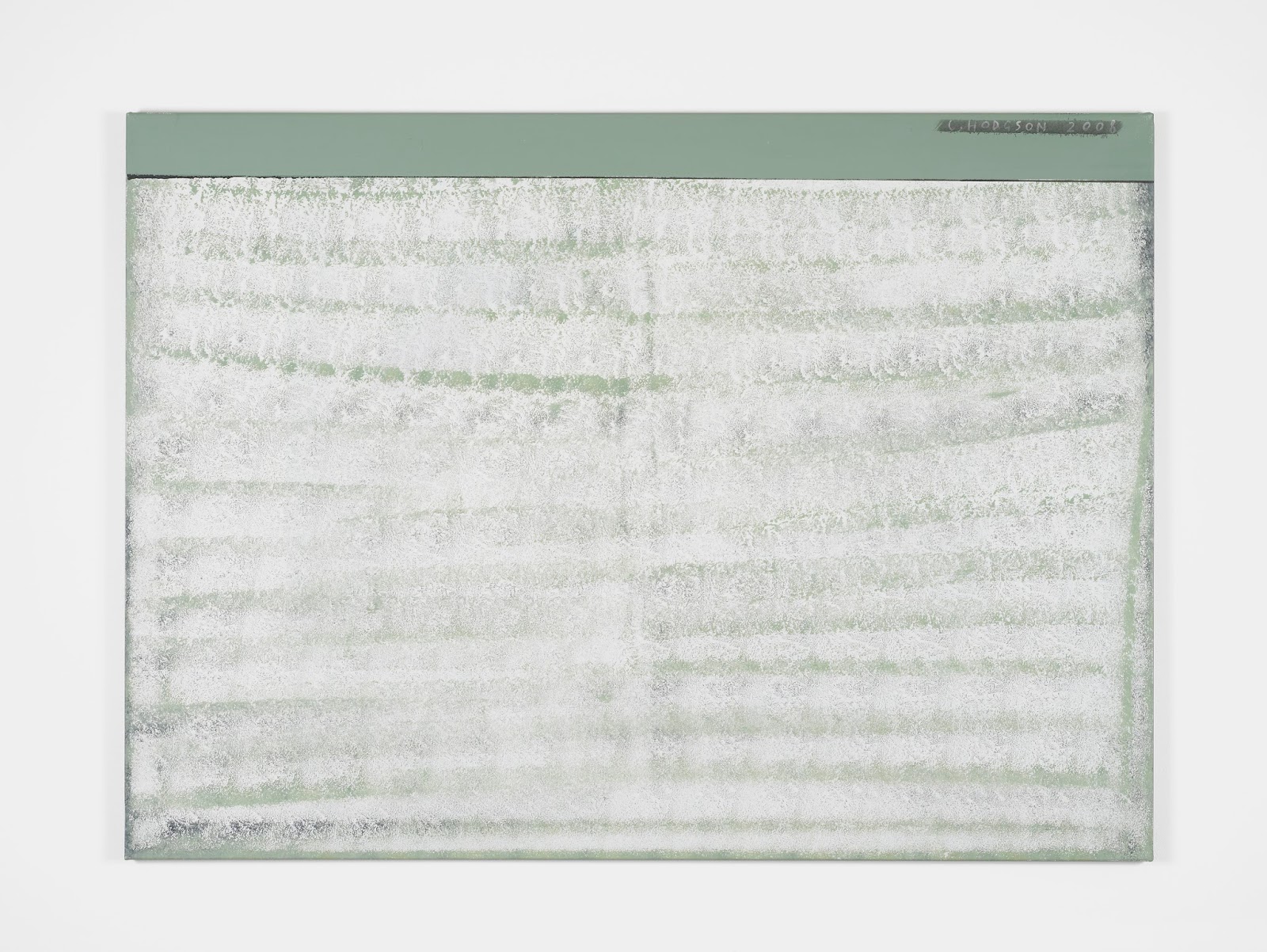 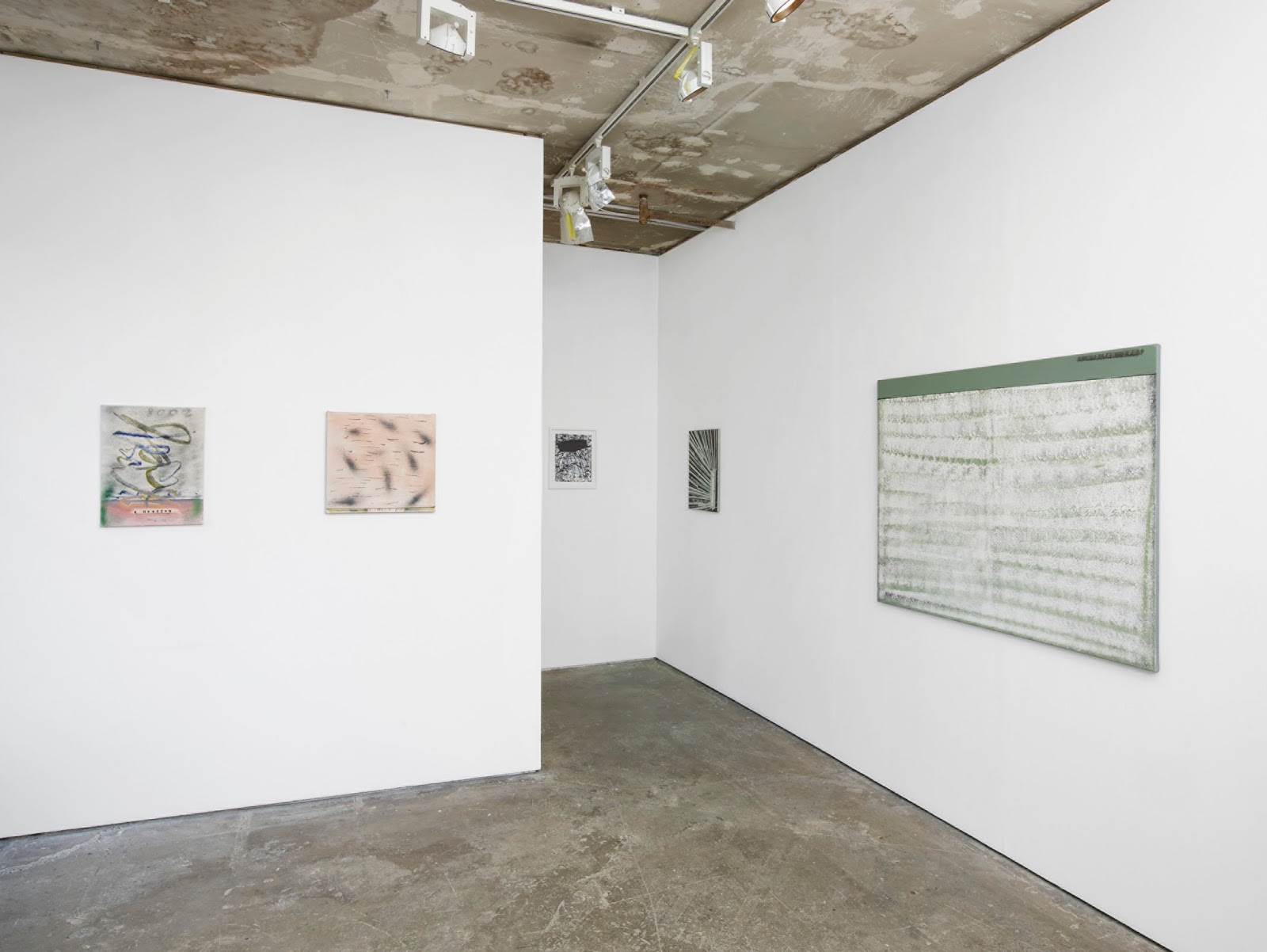 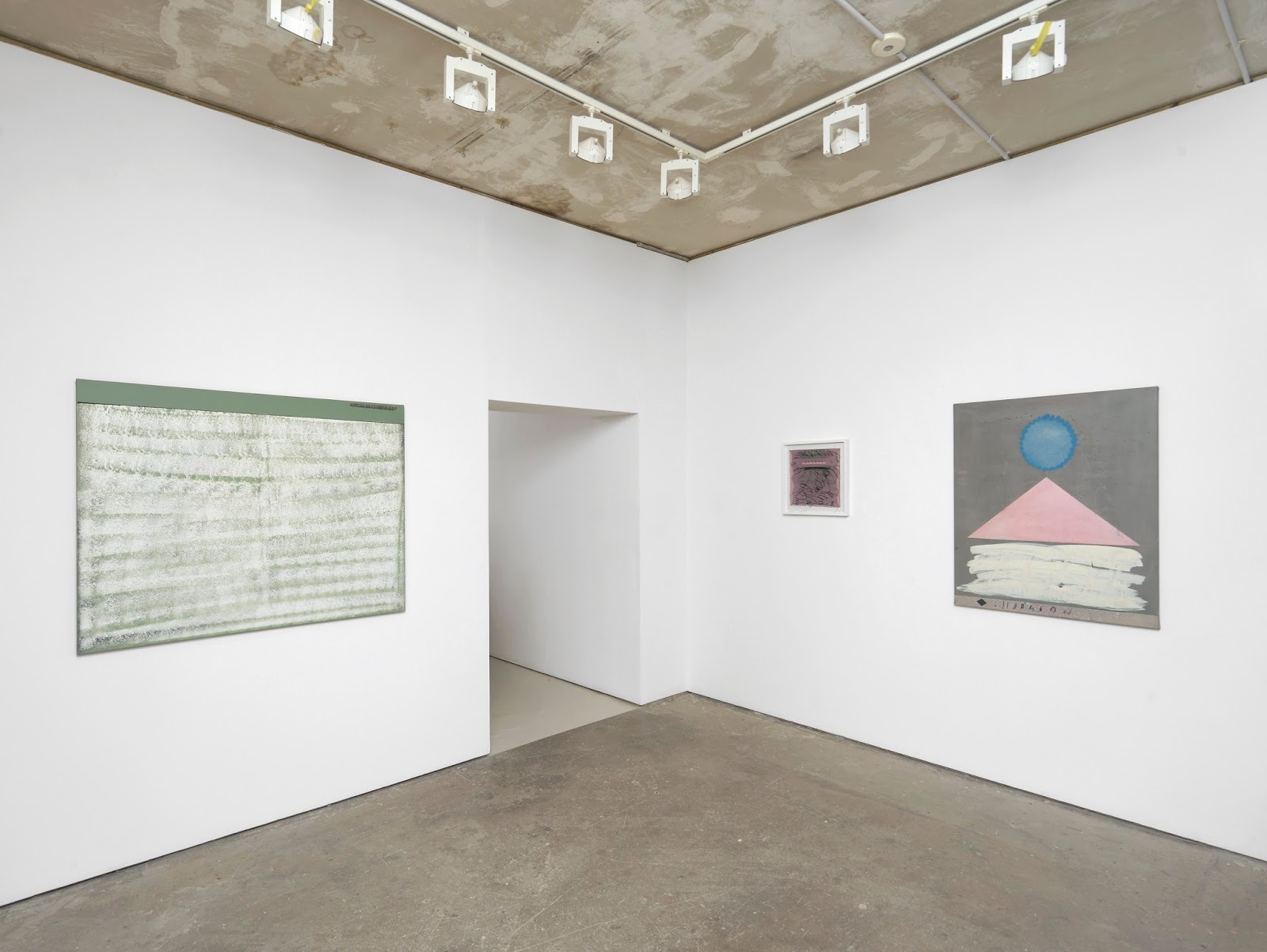 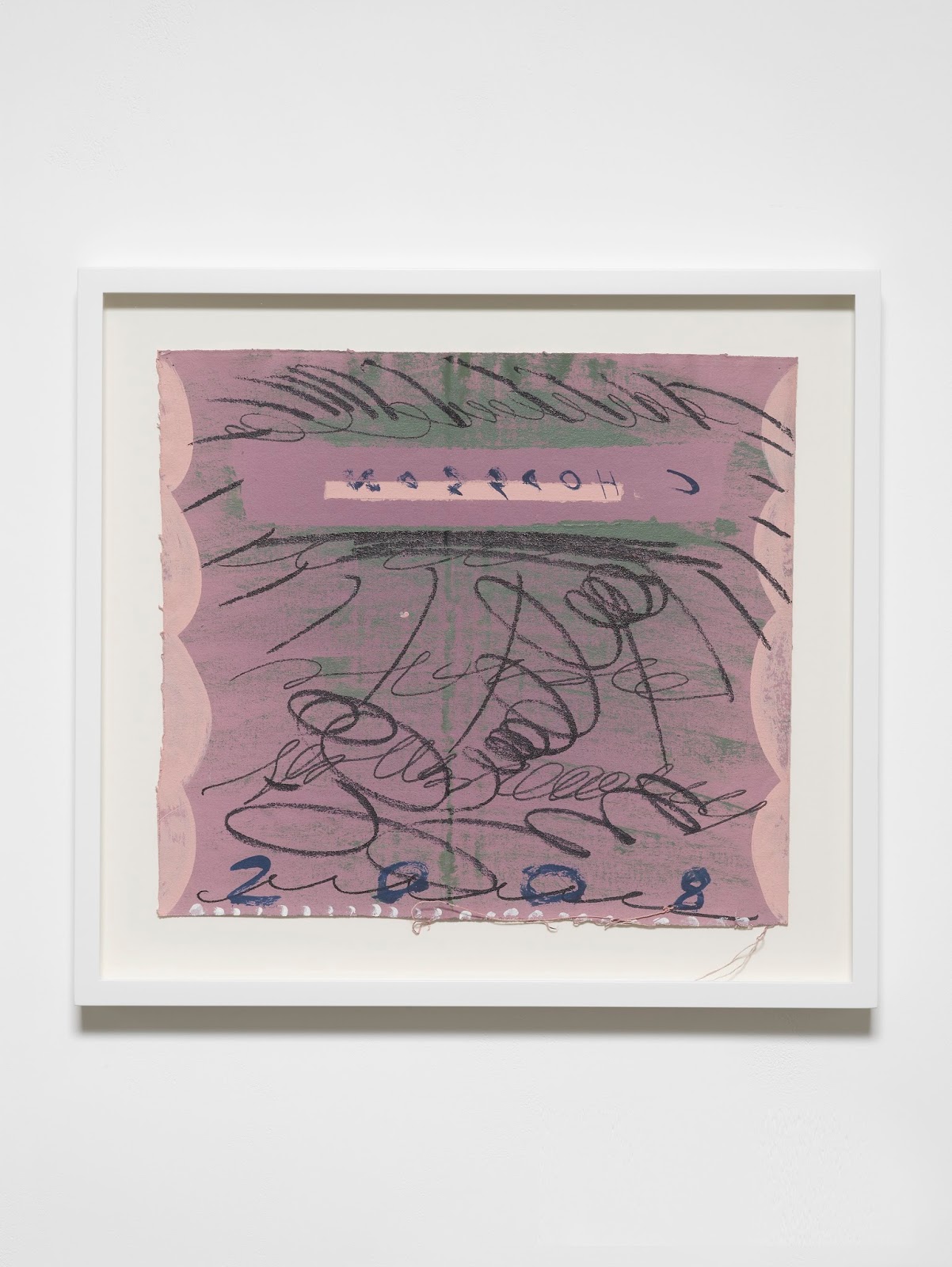 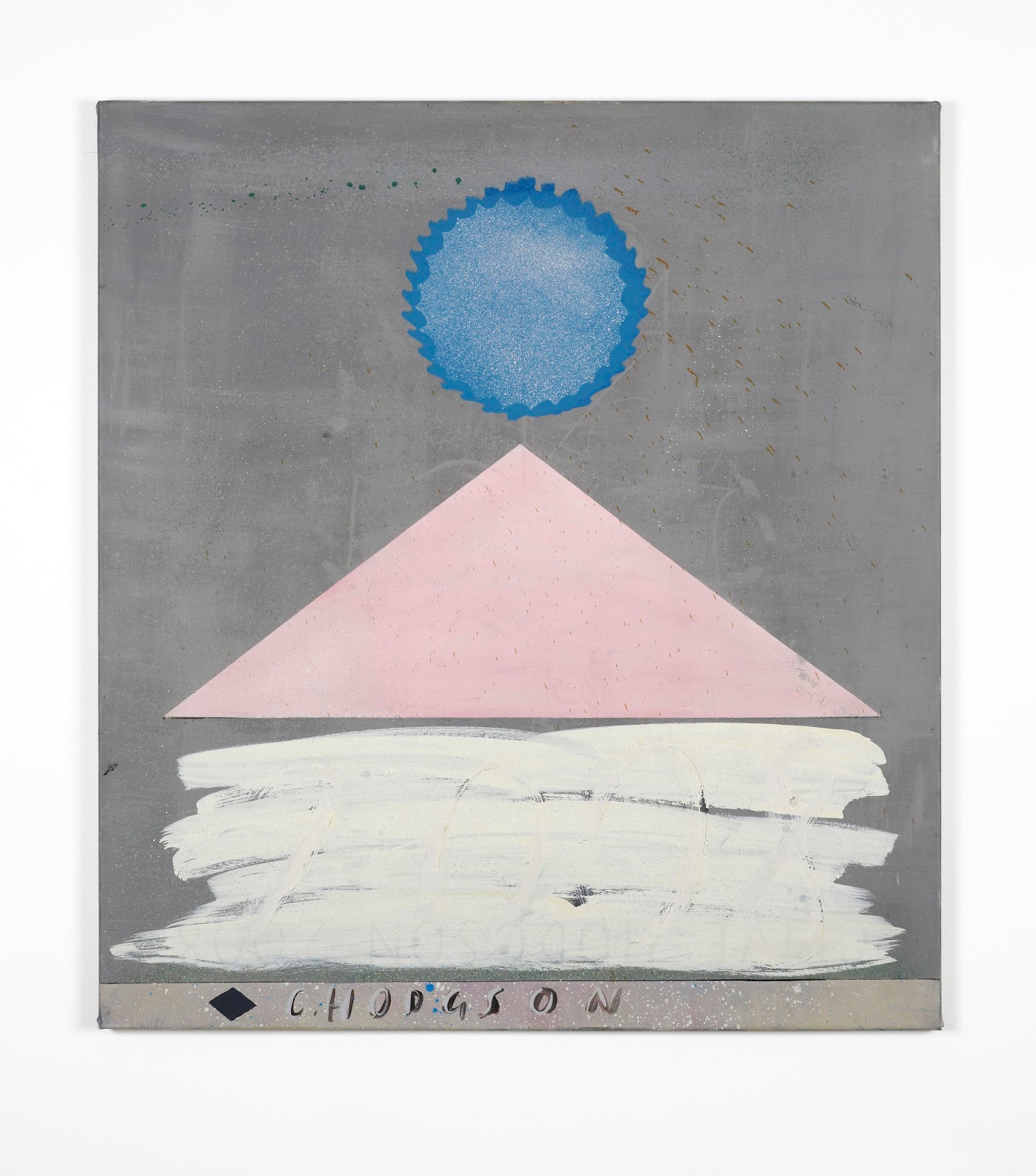 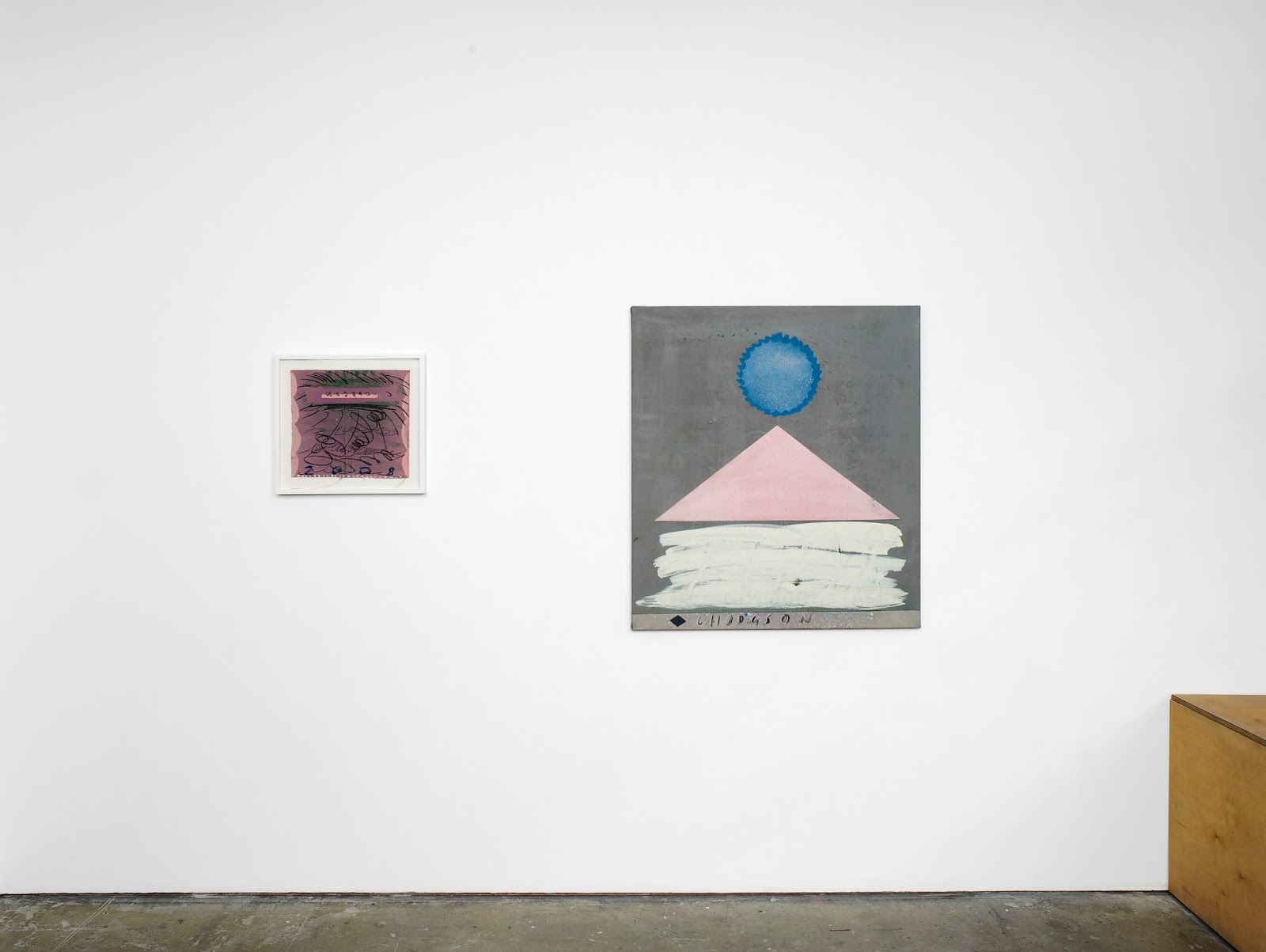 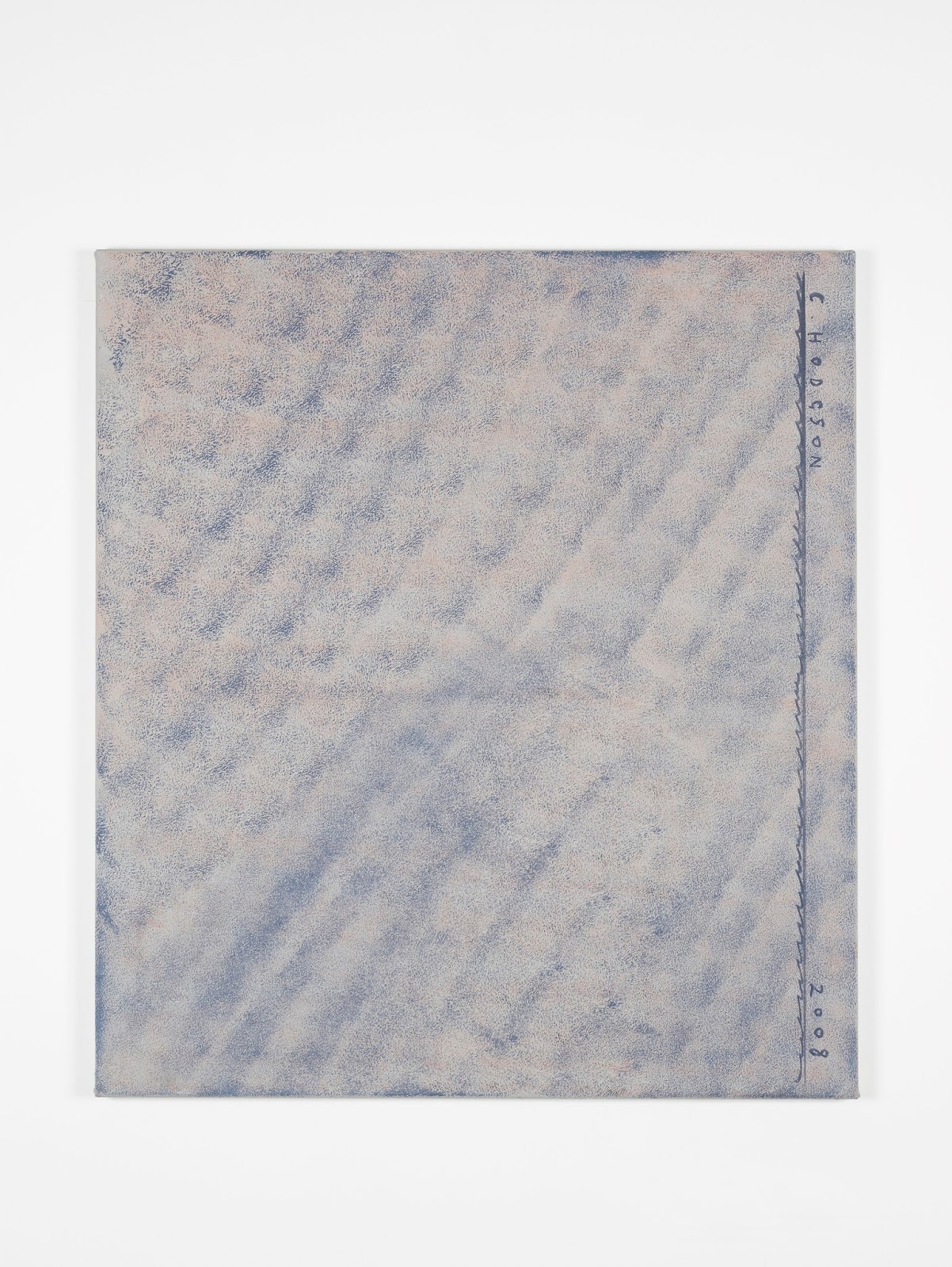 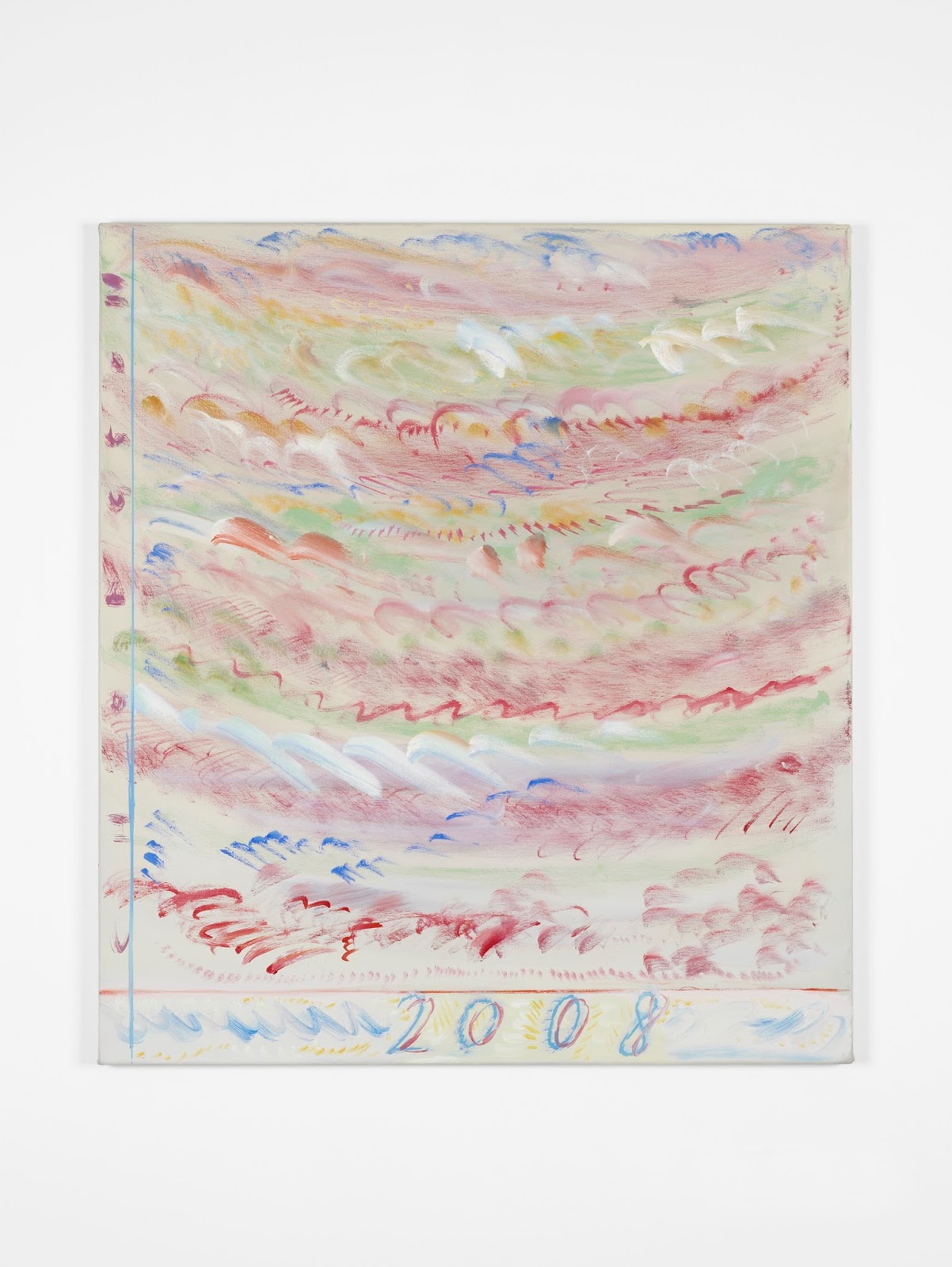 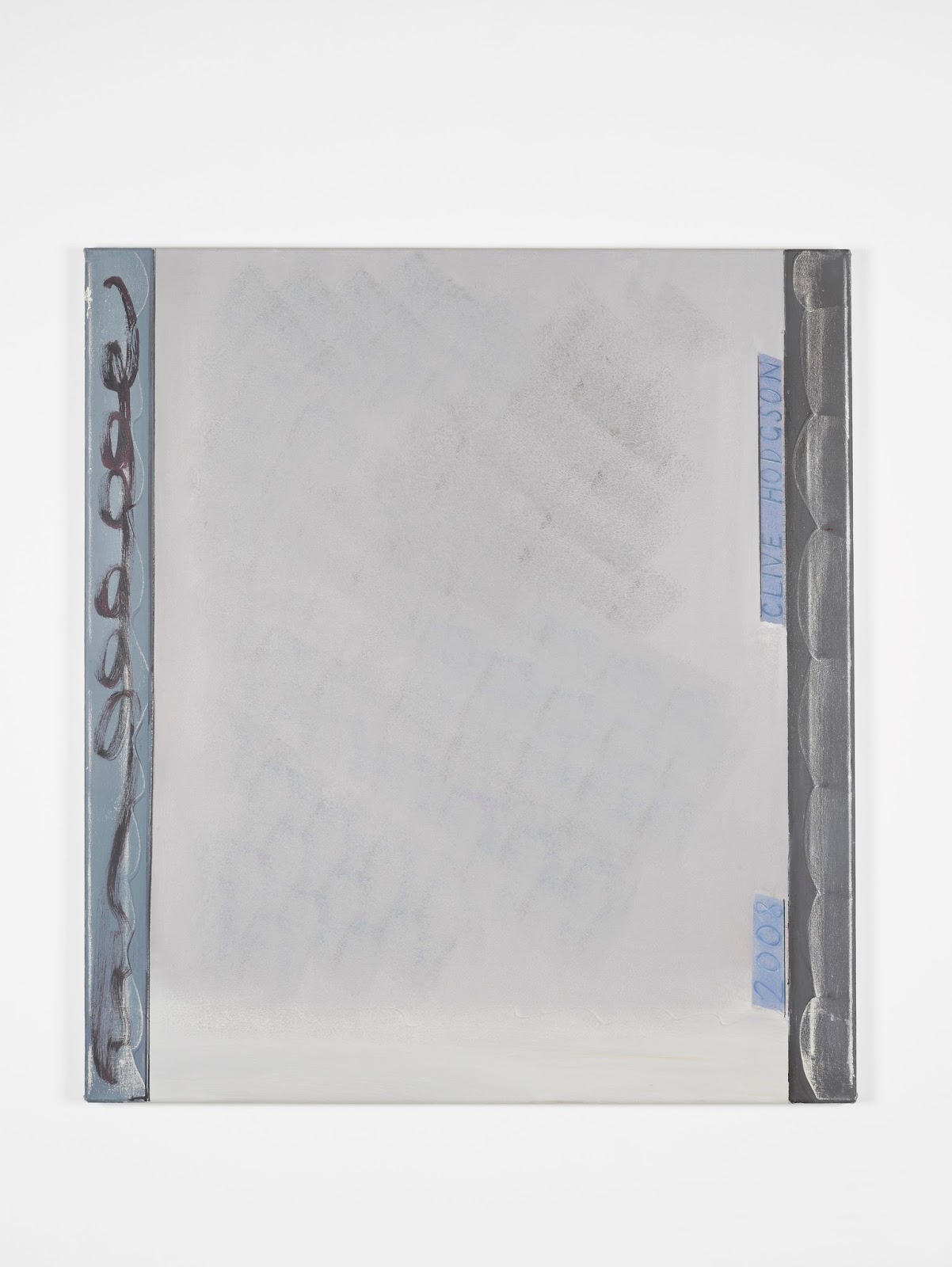 All images courtesy of Arcade, London


Spread over the surfaces of Clive Hodgson’s paintings are different coloured oblongs, circles, brush strokes, lines, and other effects that might be stencilled, drawn, scratched, removed, sprayed, splattered, washed, layered. Amongst these forms two others: ‘C.Hodgson’ and the year of production are constant presences. They are not quite like an artists signature but integral parts of the paintings themselves - painted above and below, behind or in front or as negative shapes. In some of the 2017 paintings they are so formally integrated that you don’t even spot them at first. Whilst some of the shapes - lures and hooks to our imaginations - might variously spark associations of targets, punctuation, decorative motifs, snow or eyelashes, the paintings seem to resist those references, or even the very idea of reference. But what of the marks that name and date?

The name points to its painter, who never wholly changes (there are no pseudonyms or  multiple personae) although he does vary between capitals and lower case, and sometimes allows his first initial to drift away from his surname and very occasionally omits it altogether. ‘C. Hodgson’ does not reveal gender, and can be found written sideways, backwards or upside down. In some paintings I misread it as one word, the slightly comic and bulky ‘Chodgson’. The name looks like one on a school exercise book intended for some particular topic or for recording information, except here the purpose has been resisted and it’s filled instead with a different kind of writing. As the letters of the name suggest a reading of the other shapes and marks as a quasi-writing, the denotative quality of the writing itself is dissolved in equal and opposite reaction.
On the surface, the painted dates perform an explicit chronological grouping function. In January the 2017 paintings will be replaced by ones from 2008 as a marker and celebration of Arcade’s tenth anniversary. We will step across that arbitrary line when one year changes to another, fall back ten years, and yet still be in the present. The system of numbering years homogenises and cuts time, and although date-as-number is emphatically present on every painting, that function doesn’t seem to truly fit. The equivocality of the numbers as shapes as well as symbols makes them just one of many things-from-the-world that are mediated and put into play on the surface of the canvas, pointing not to a system of possible meanings but presenting a lived movement in time.