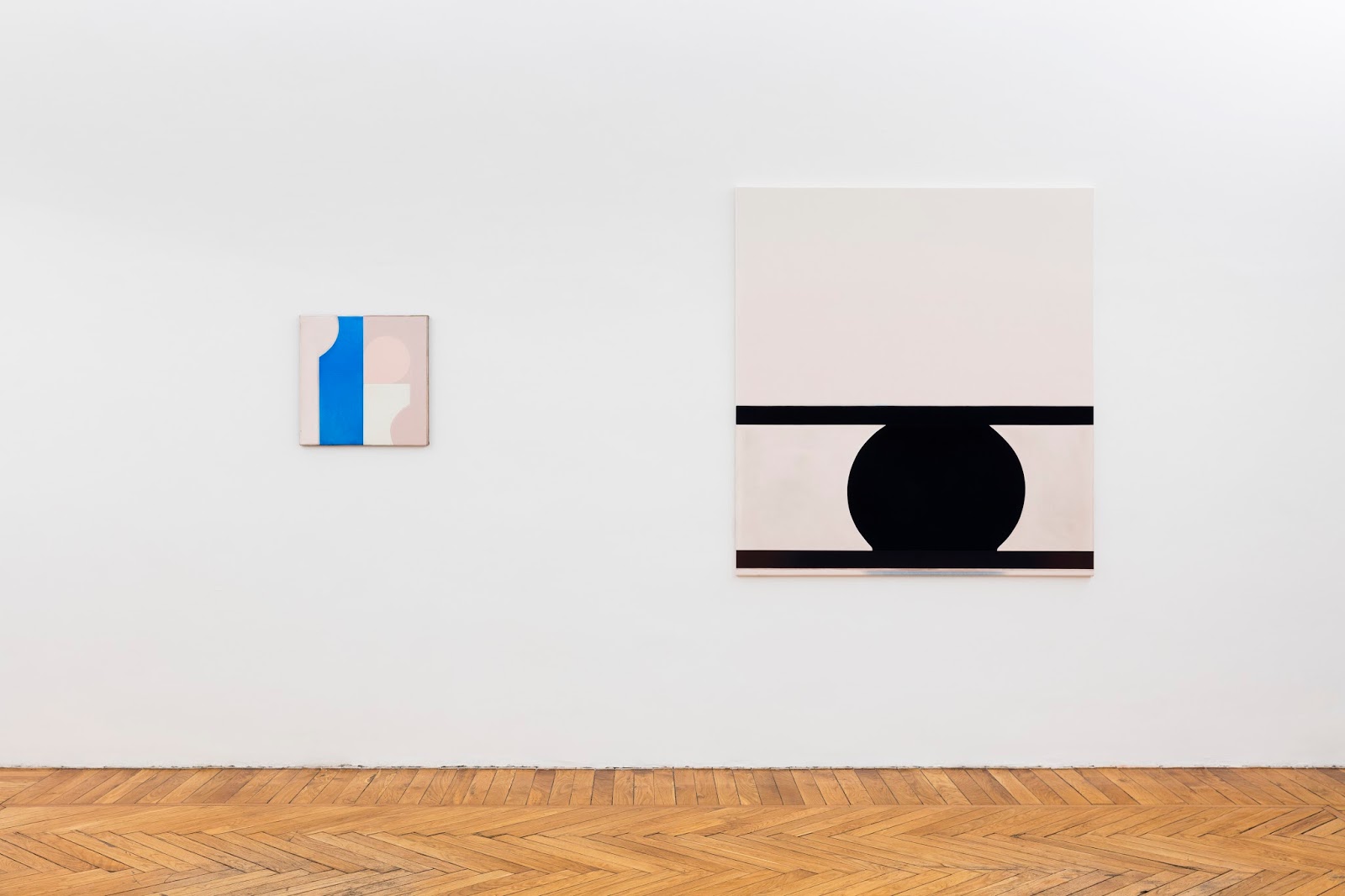 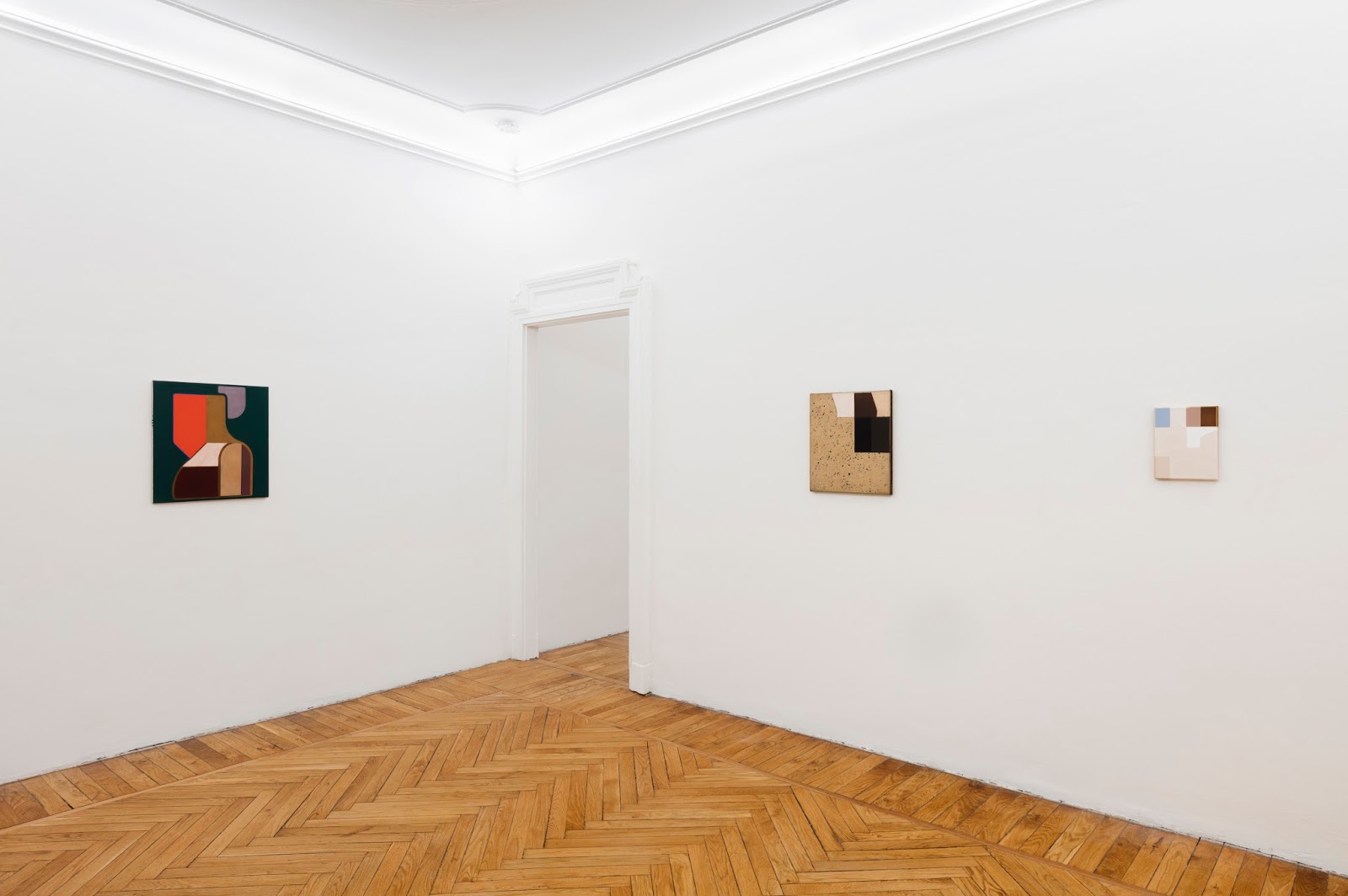 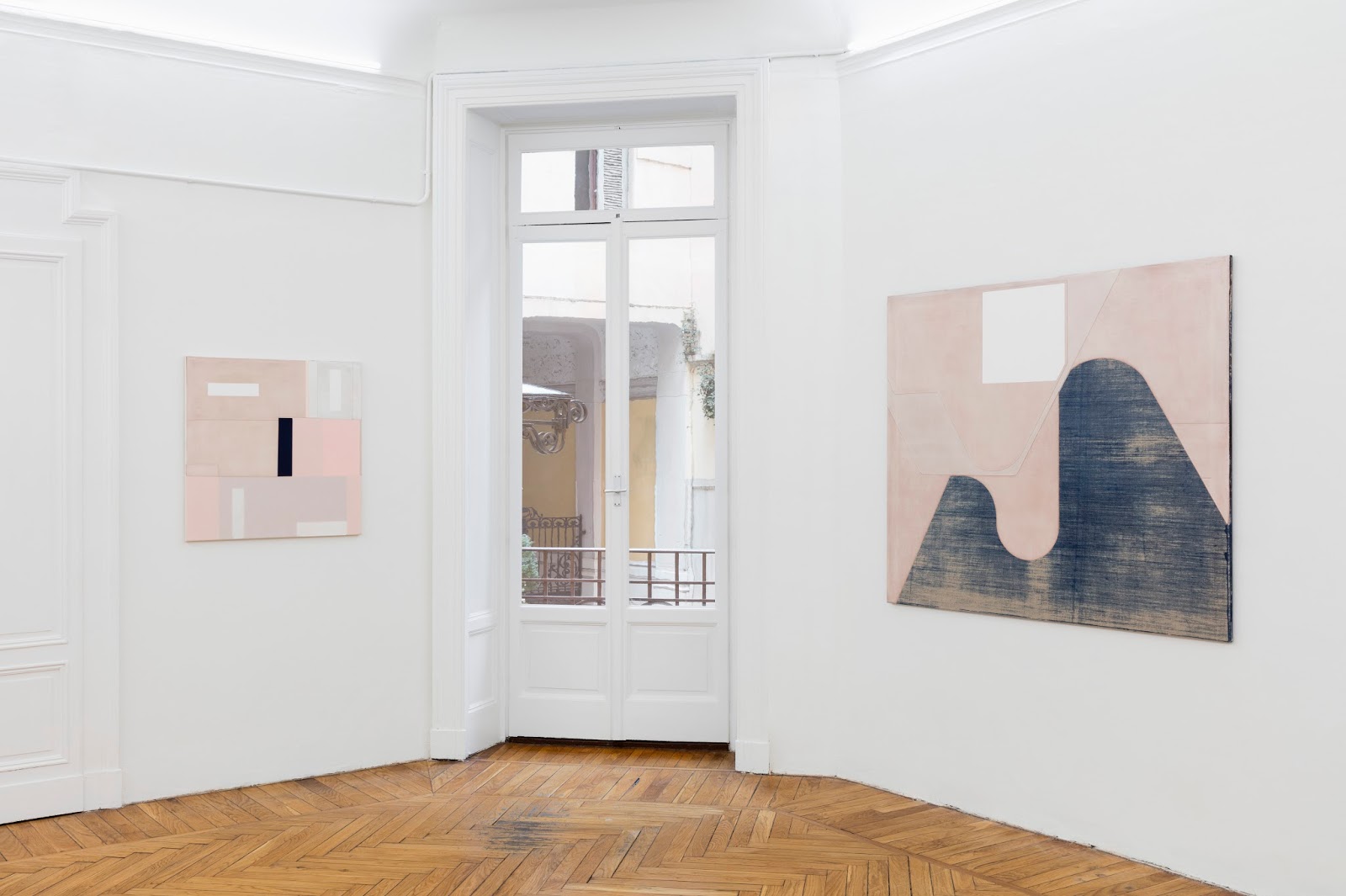 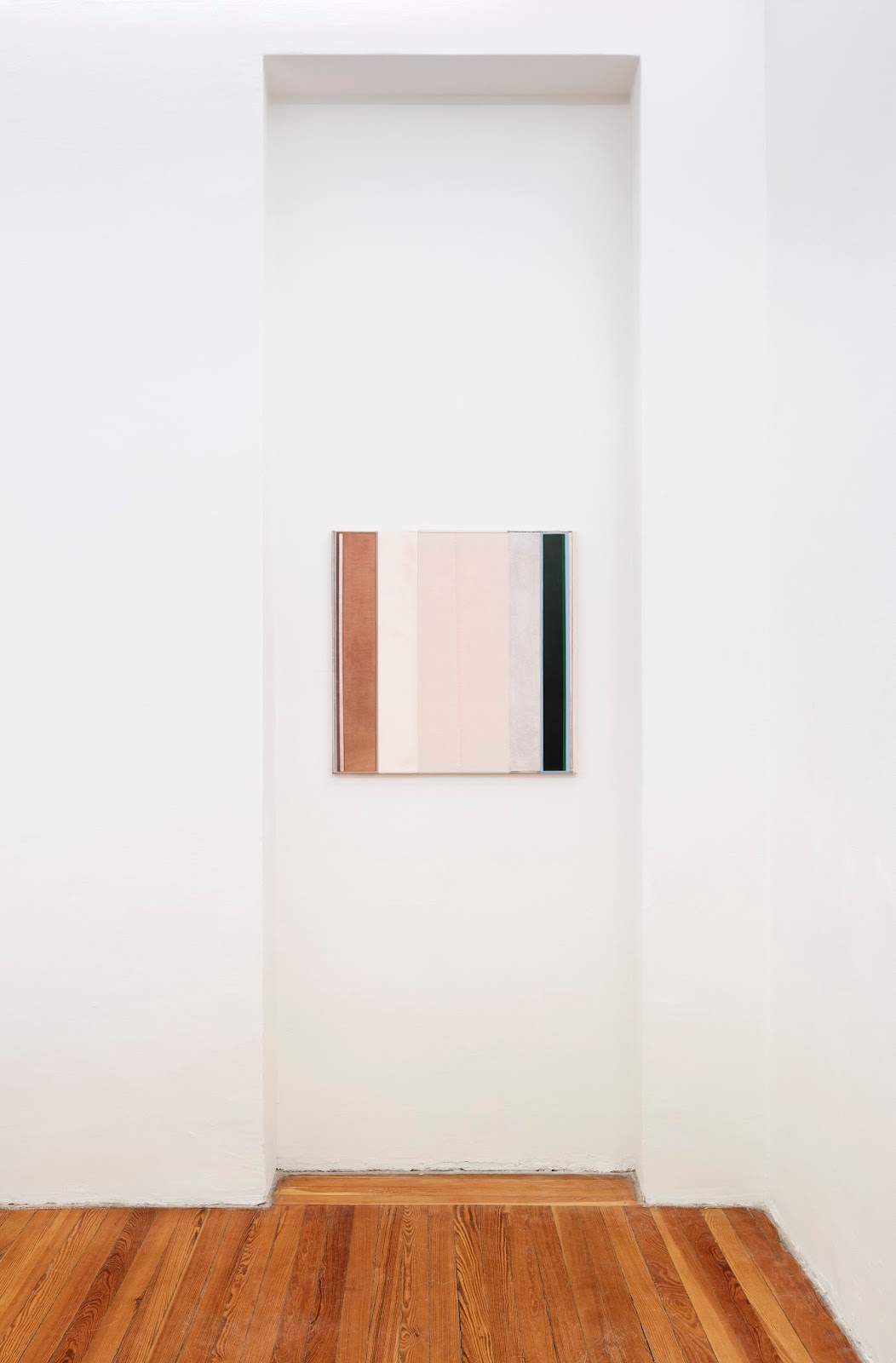 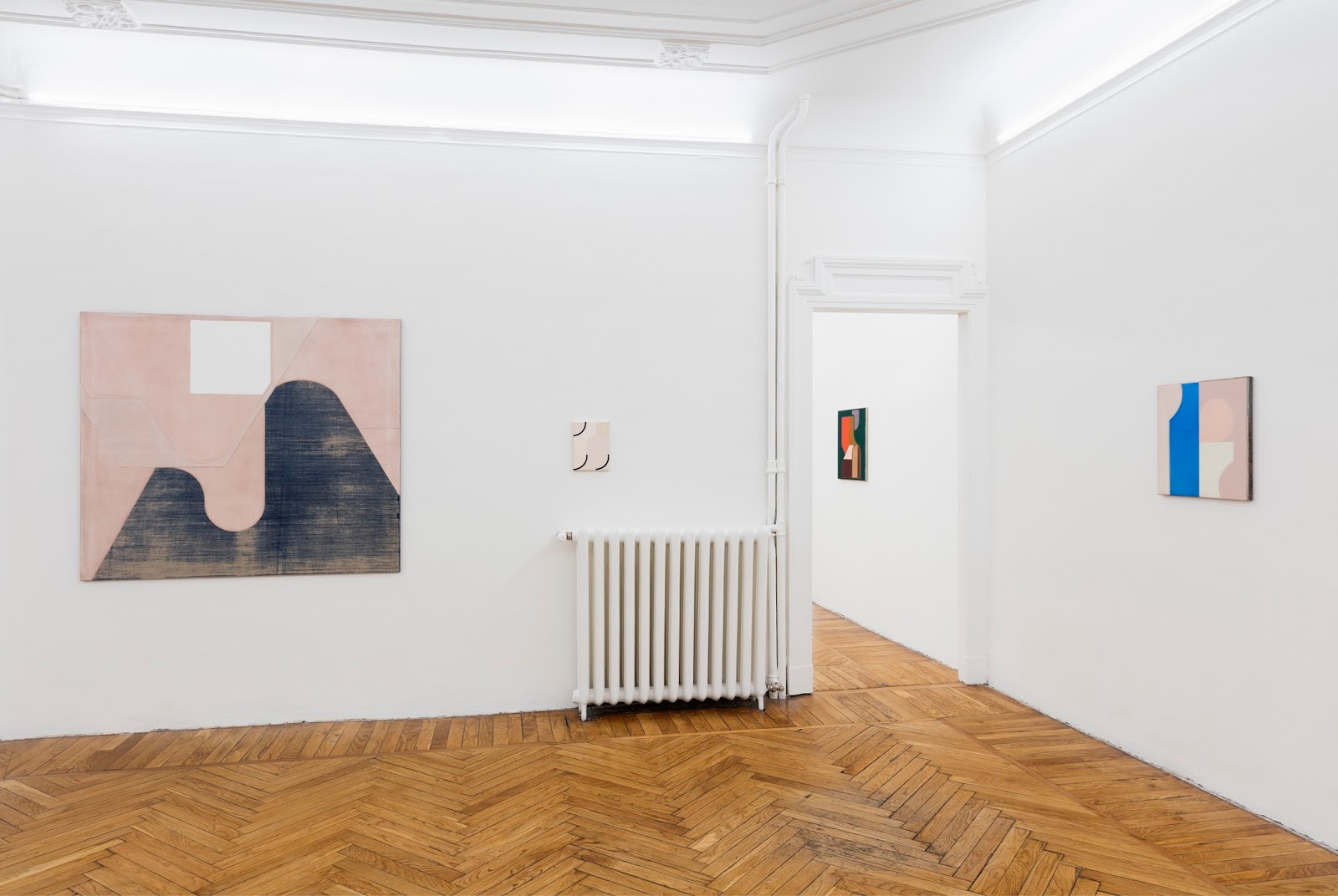 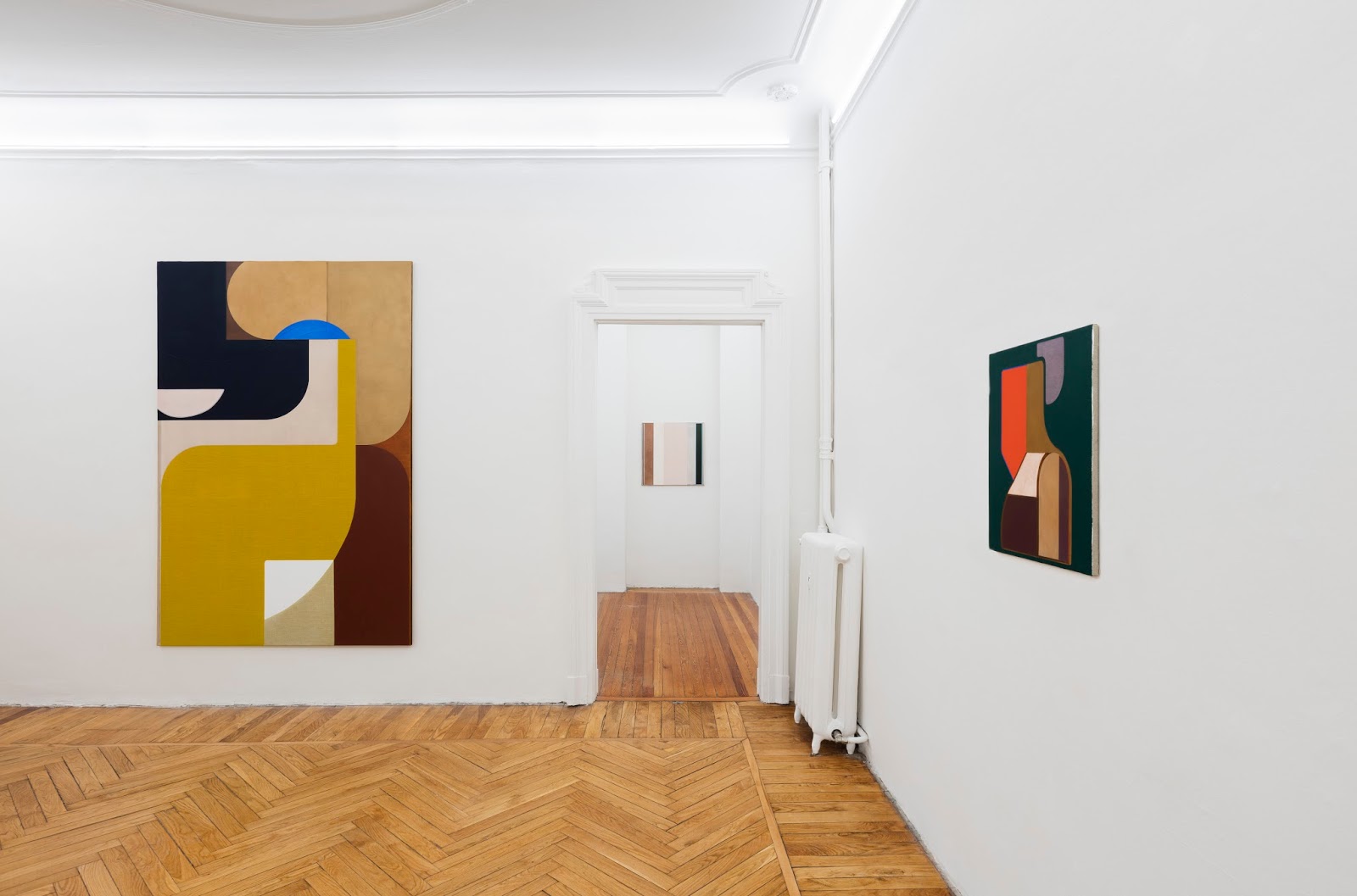 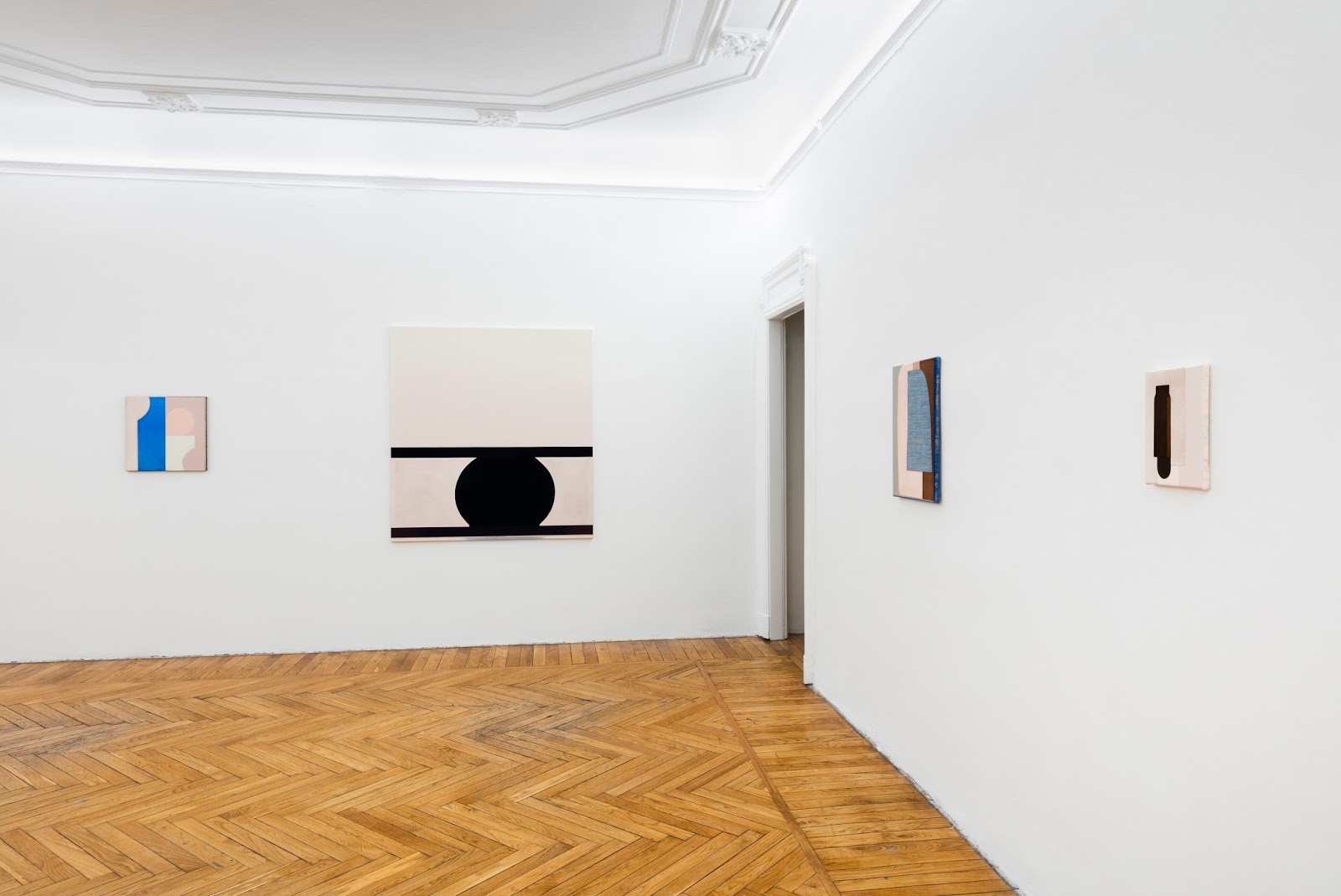 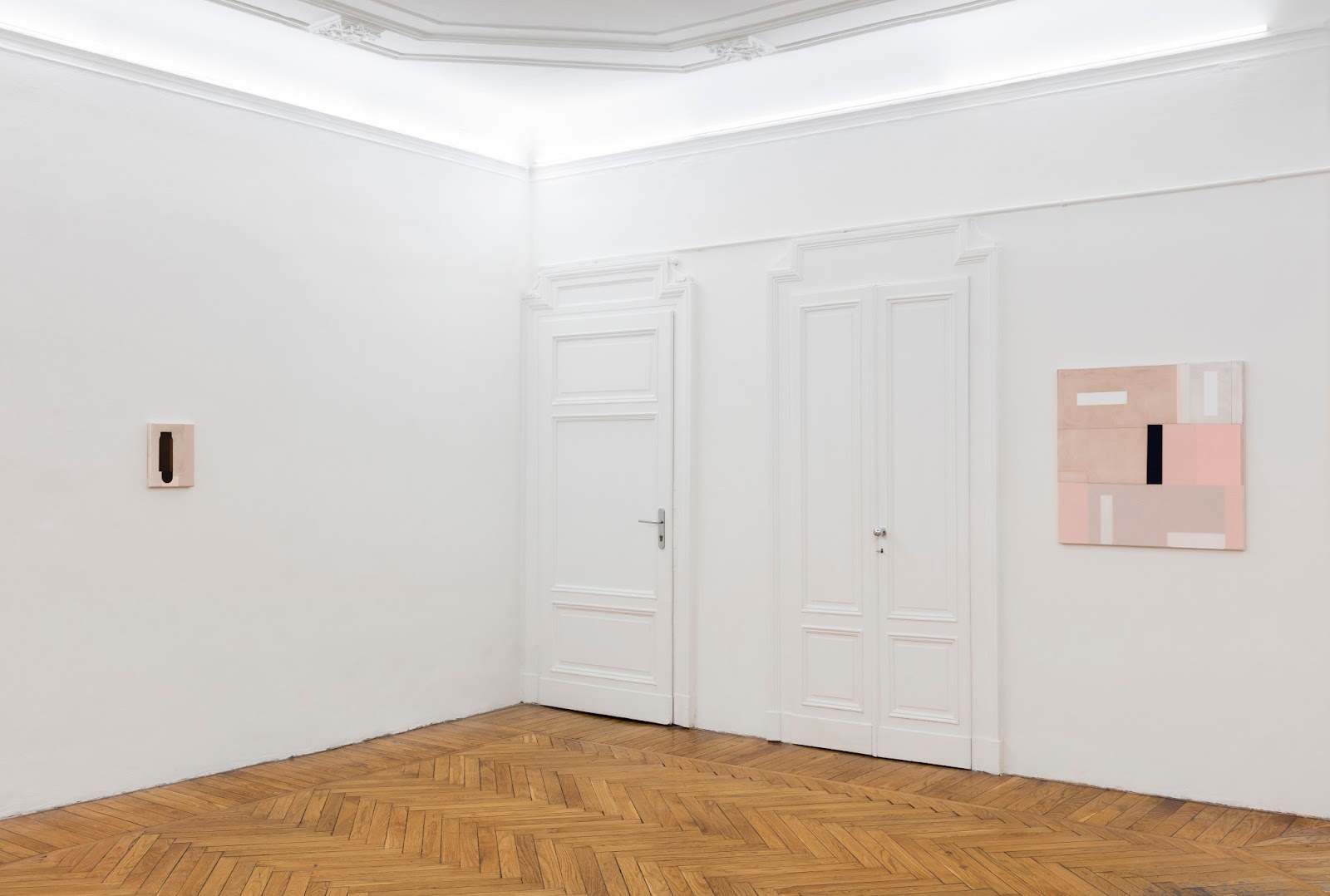 
Suspended in a hybrid space somewhere between the abstract and the figurative, Svenja Deininger’s works combine various elements of a visual approach that includes the memories of objects and formal intuitions. When we behold Deininger’s canvases what immediately strikes us is the optical complexity of these works. The colours of the overlapping pictorial layers filter through from the background, forming geometrical shapes together with rather more softly abstract modular planes, which converge to create previously unseen (and unforeseen) spaces on the ultimate surface, where they express thickness, volume, fullness and vacancy. This procedural characteristic of her painting is not due to any previously elaborated plan or intention. Instead she shapes and guides her work during its creation and its gradual manifestation. Hers is a register of movements that proceed inside real and mental scenarios, urban contexts that are undergoing evolution and indefinite morphologies, combining and contrasting the fluid planes of everyday practical experience with the immaterial quality of the imagination.
By means of this lack of systematic preparation Deininger communicates her renunciation of a strictly rationalistic approach to painting. This detachment reveals her distance from any faith in the principles of two-dimensional literalness that is typical of the grammar of abstract modernism. Her paintings are essentially constructed upon a search for three-dimensional allusions, with the use of embossed contours and backgrounds made of multiple layers of colour and stratified canvases. Each single work thus opens onto a range of varied perceptual scenarios, which alternate between surfaces and backgrounds, depths and details. These canvases become a synthesis of tactile possibilities and architectural references, demonstrating how abstract and apparently non-figurative painting need not abandon the elaboration of reality but can be the result of an intense contemplation and representation of its data. The recurrence of certain forms in her work suggests a fascination with concrete materials such as wood, design items, décor and furniture, which bears witness to the ongoing receptivity of the artist who, during her sojourn in Italy and Milan (indeed all of these works were made in Milan) evidently absorbed the sights and atmospheres of the city with its history of design and urban architecture.
The modern European tradition has interpreted the walk or stroll as a cognitive and philosophical modality, which, in texts such as Jean-Jacques Rousseau’s Les Rêveries du promeneur solitaire (Reveries of the Solitary Walker) and Robert Walser’s novella Der Spaziergang (The Walk), combined simplicity and contemplation, theoretical thought and visionary imagination. In a similar way Deininger’s art show presents the process and the journey of painting as an act of thinking in motion within the world: a dimension that is both analytical and emotional, consisting of recognition and intuitive improvisation, memory and participation. Deininger even comes close to creating an articulated form of writing in the composition of the single works, and the way in which she then combines and juxtaposes them determines the meaning of the pictorial phrase. For this reason the canvases never have their own individual titles. Instead the images and variations generated by the artist through the development of her works constitute the possibility of a final text that is offered to the spectator in the form of an exhibition.
The enigma that the artist examines is that of language: the relationship between sign and content, between the formal autonomy of each work and their overall collective interrelationships. A question that is often asked is “What is the relationship between representation and action in painting?” but this distinction ceases to be relevant here, because the pictorial process itself is at the centre of Deininger’s work, the purpose and goal of which is a sort of visual writing. Thus the pictorial approach is comparable to the creative act of linguistic communication. In this way the artist’s painting corresponds to the paradigm shift effected by John L. Austin when he moved the emphasis from the philosophical idea of language as representation to the concept of language as action. Austin’s theory of speech acts, as expressed in his book How to Do Things with Words, is based on the assumption that an utterance can not only express content but can also perform genuine actions within a communicative context. While analyzing the impossibility of clearly distinguishing between the descriptive and the factual domains, Austin points out that “to say something is to do something”, and that our assertions have a definite performative aspect.
In pictorial terms, also this passage from a cognitive dimension to one of action can be identified in the images produced by Deininger. In fact they do not involve an academic reference to the history of abstraction but merely they express a language that tries to immerse itself in the possibilities that are inherent in the forms of the world, so as to re-invent them, rewrite them, and allow them to act as the expressive agents of a concrete experience of reality. If the assertion of a phrase is not always sufficient to generate a complete discursive meaning, it is because, as the artist tells us, we require a progressive and uninterrupted effort of development and clarification. It is always necessary to have a Second Sentence that opens the way to new cognitive horizons, elevating the art of painting to moments of revelation that are surely destined to be renewed and regenerated over and over again.
Luigi Fassi