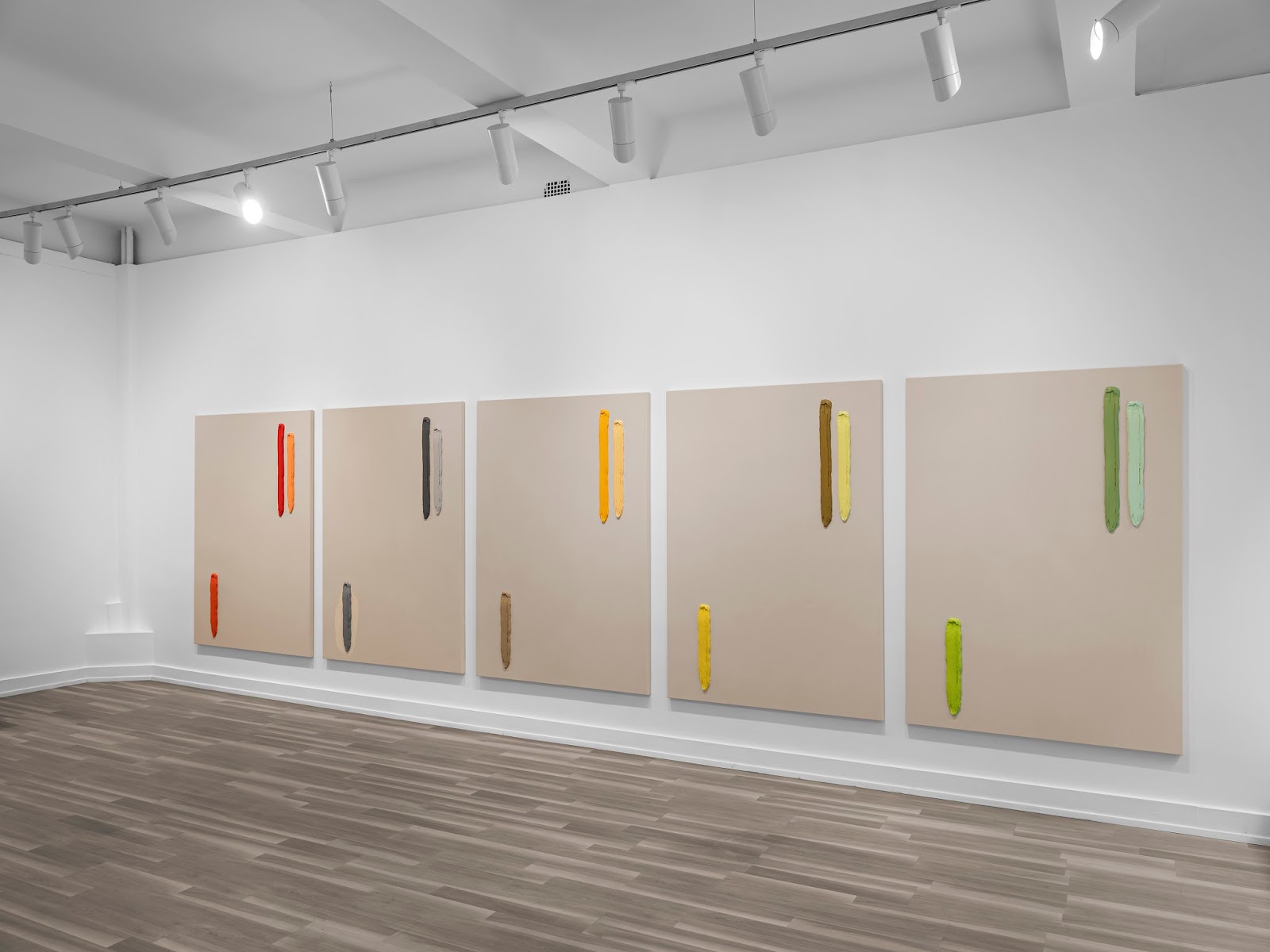 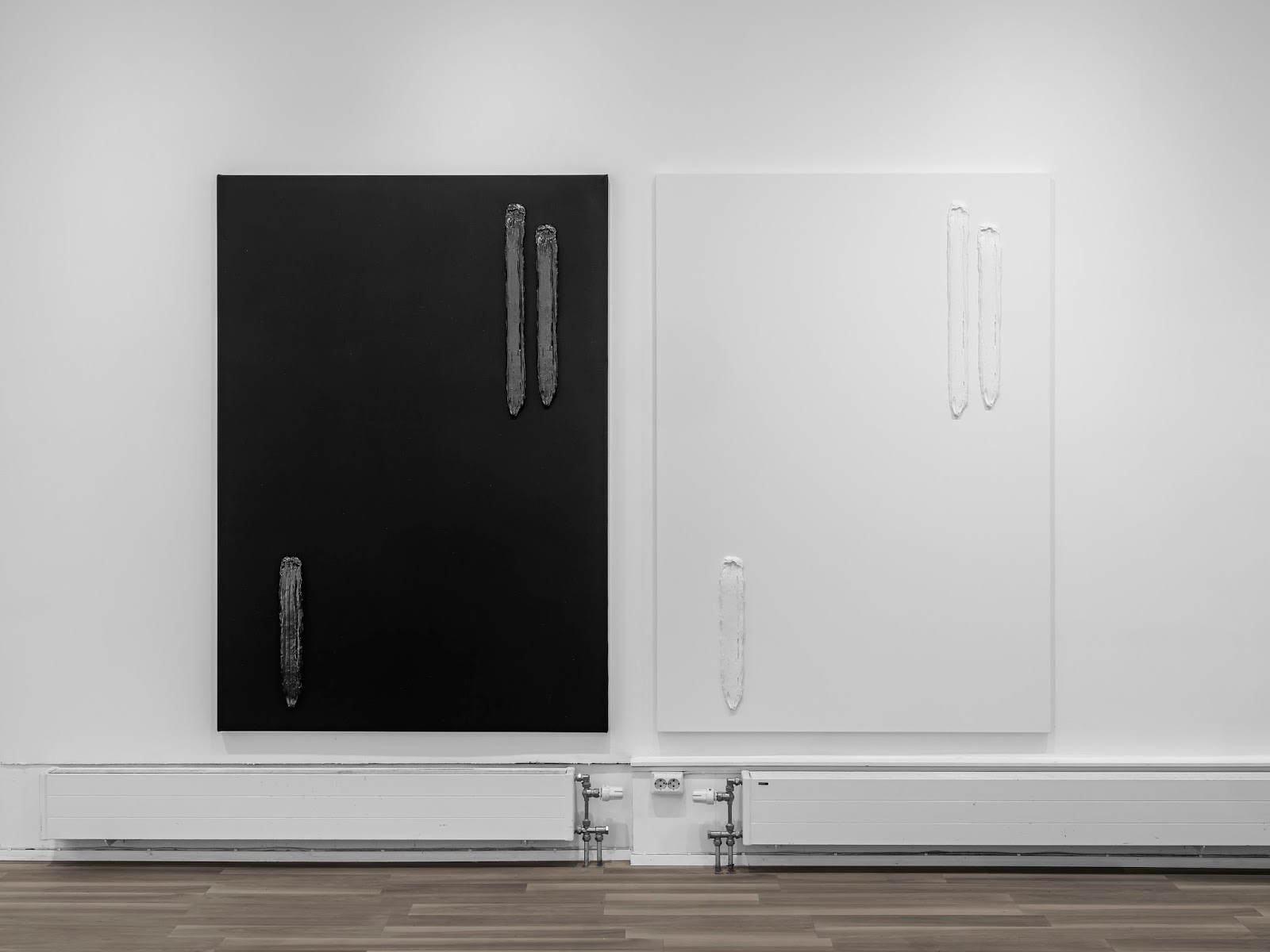 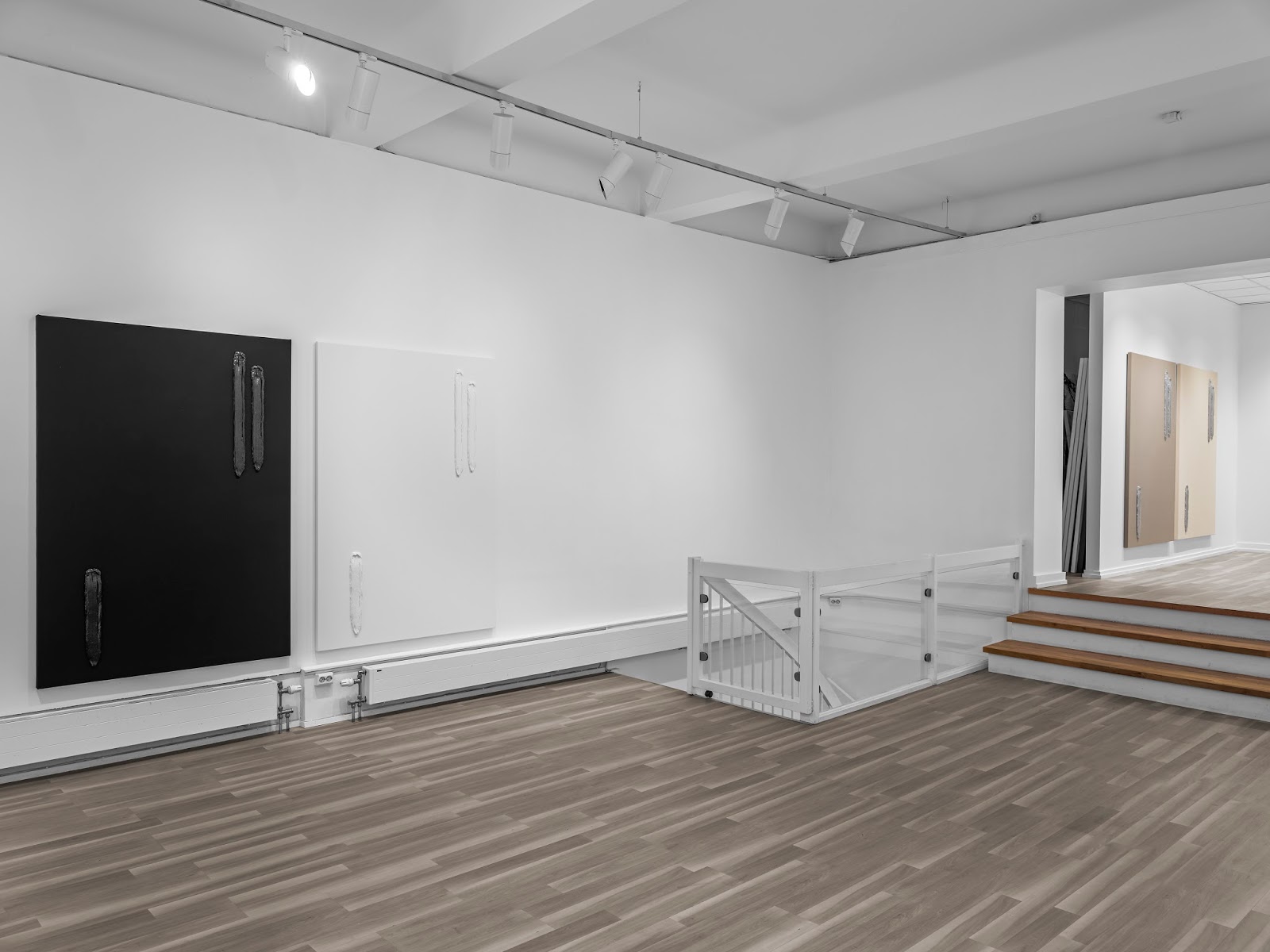 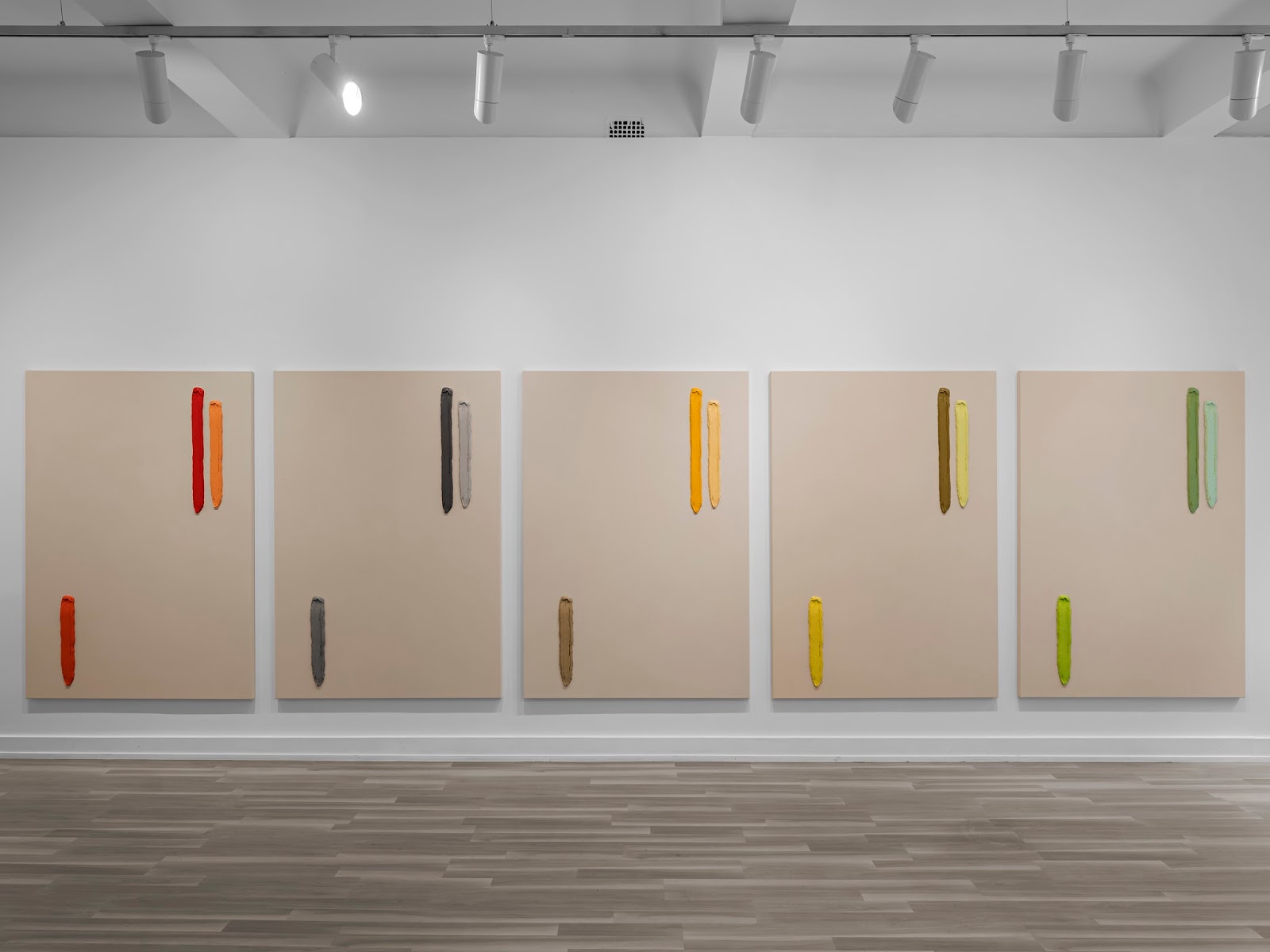 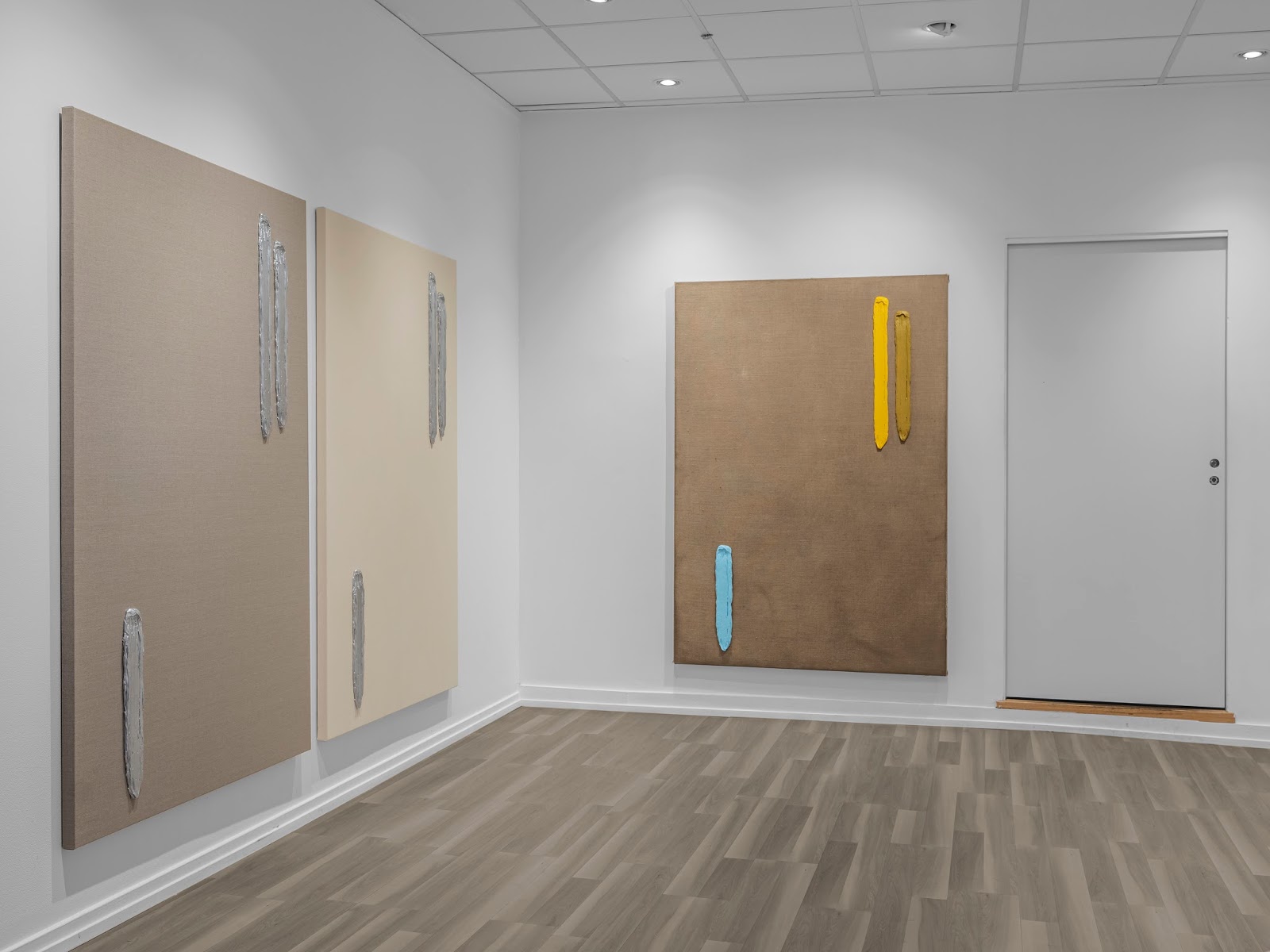 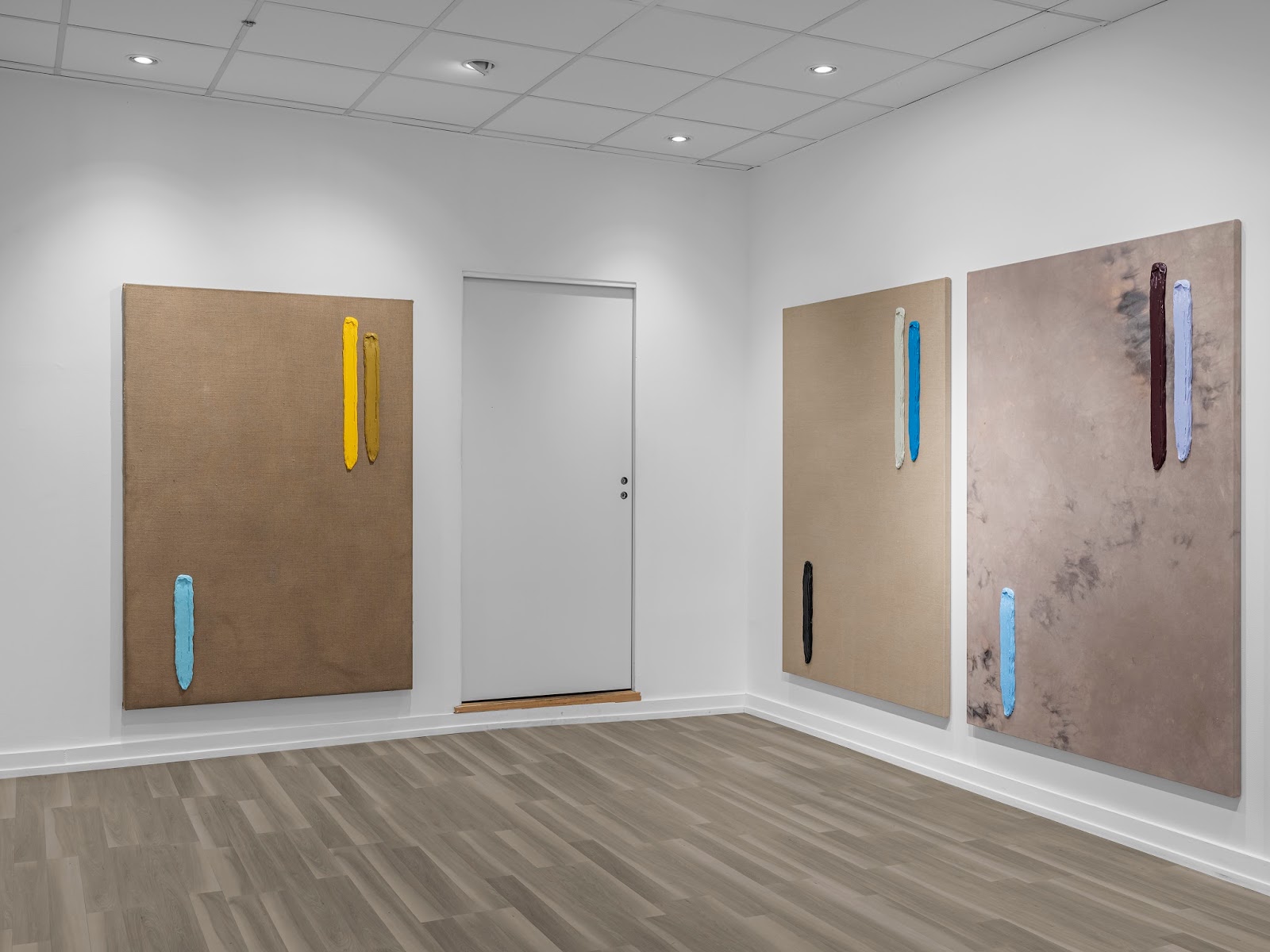 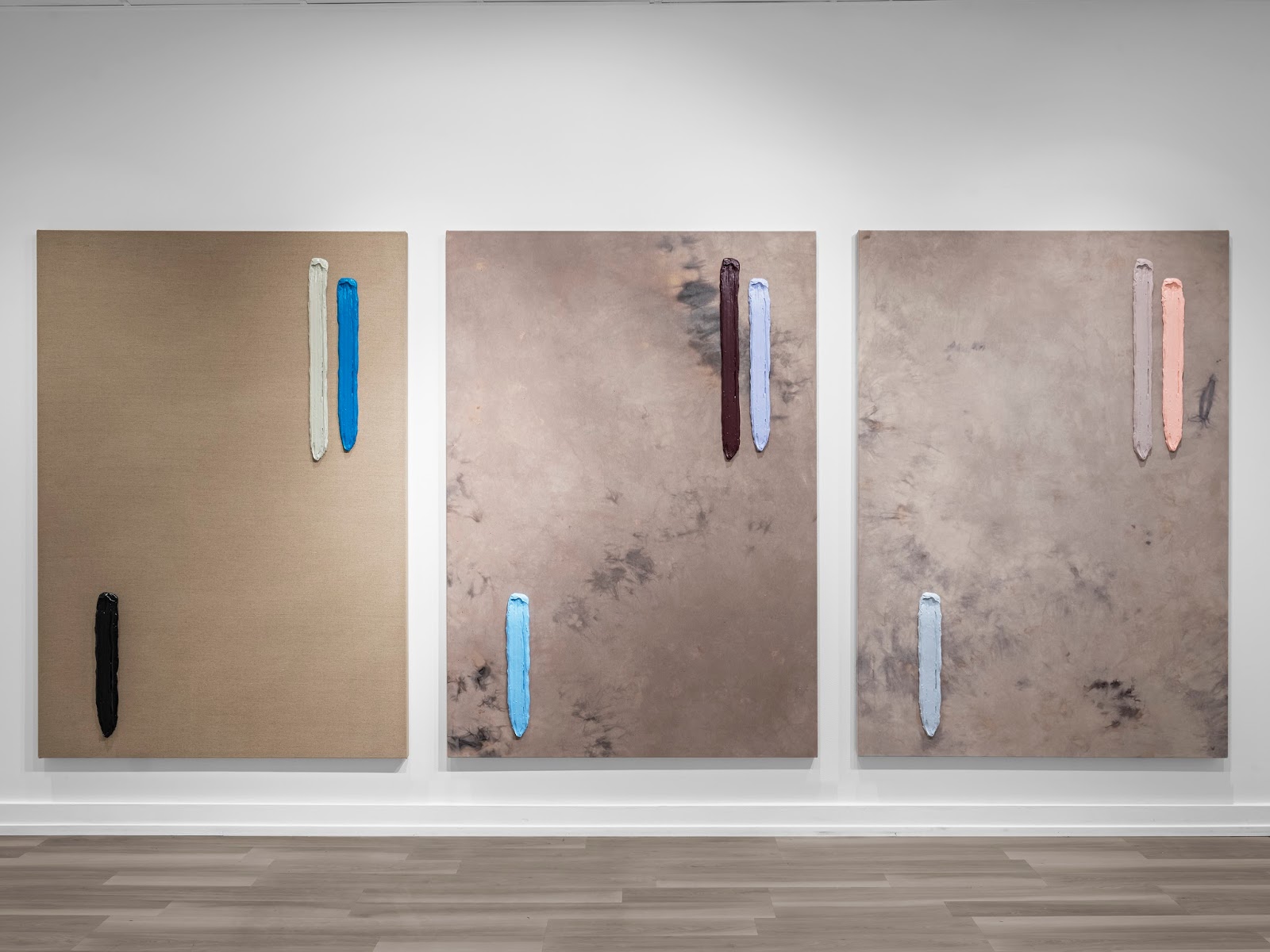 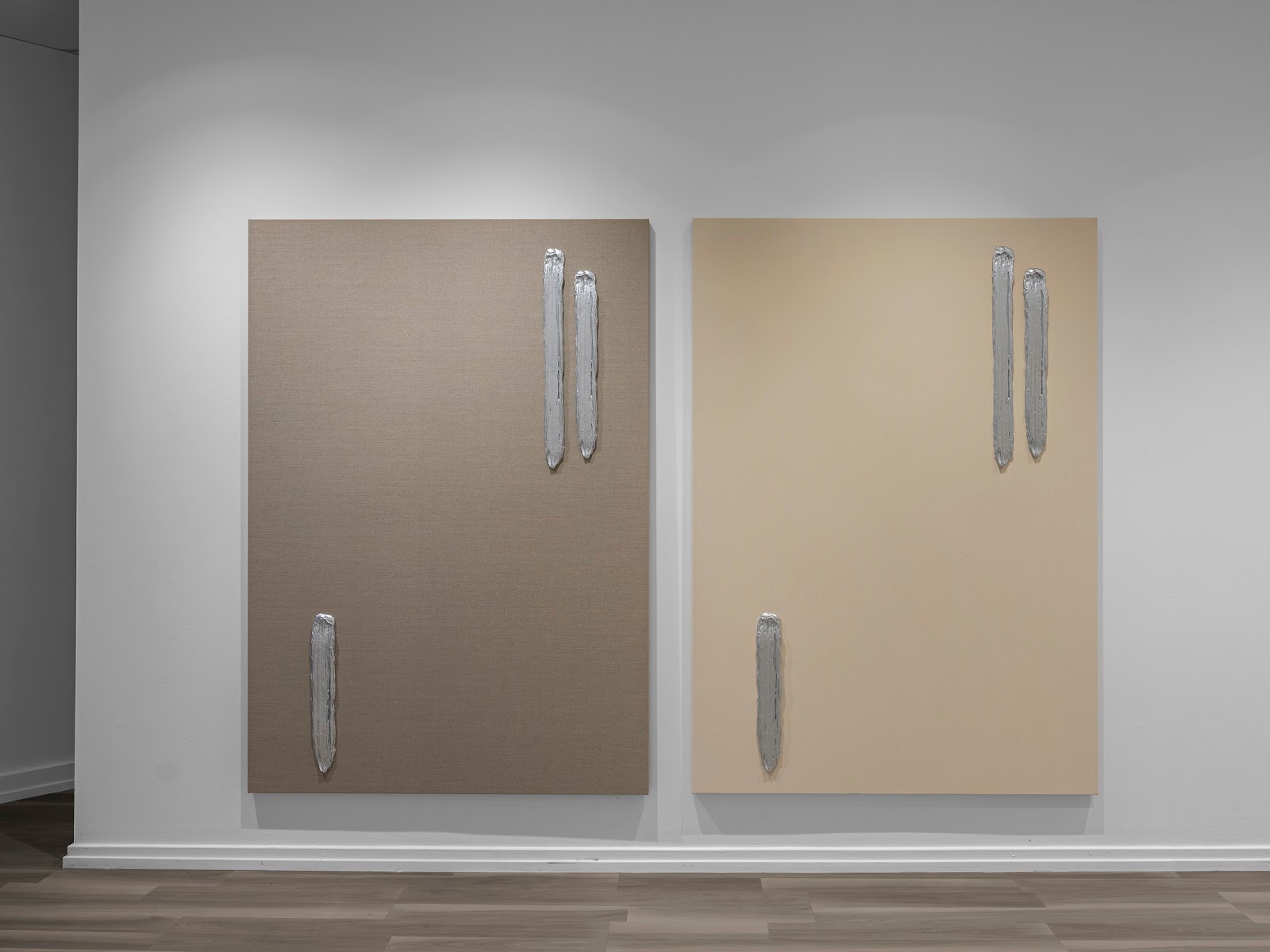 The impasto brush of paint is the pinnacle of painting, but also its Achilles heel. In its most precise, one brush of paint alone is enough to hold a canvas. In its most uninspired it can destroy it. In Peter Mohall’s paintings we meet a large number of brush strokes that in reality are only one brush stroke, cast and reproduced multiple times on different canvases in various colors and lengths. The painterly gesture is replaced with a conceptual one, where the result is a series of paintings characterized by an unambiguous and cultivated sensuality.
The history of painting has the last 150 years been focused on the alternate relationship between aggressive breaches and empathic rescues. Painting is dead. Painting is back. It’s dead,  it’s back again. And so on. The painting’s surface is the most extreme arena for the Art’s most self-critical state and continuous struggle to defend itself against critics and enemies.
This is why the painting’s creators and defenders have a tendency to periodically take a seemingly hateful attitude toward the medium and its constructed conditions. Artists as diverse as Ad Reinhardt and Albert Oehlen have worked with so-called “anti-painting” or “bad painting”, and the most acknowledged painters the last ten years have almost without exception worked with different forms of process-based painting, where the end result is a painterly expression that has been done before. Same shit, new process. Made exactly like before. The common features for many of these projects are a symbolic right to paint and an aesthetically weak approximation.
On the other side one can find declarations of love. These can often be similarly simple in its ideas, but rich and complex in its execution and result. Peter Mohall’s works belong here. The paintings are filled with impasto paradoxes. Each individual painting is based on the same brush stroke, the “original” stroke if you would, and even though the paintings are unique and individual works, they are within a traditional painterly logic in some way “the same work”.
This logic makes the canvases seem a comment on the relationship between original and copy, the mass-produced and the unique. The painting’s position, within an art historical period embossed in various forms of post-conceptual art forms, has made such questions impossible to ignore. What feels new in Mohall’s paintings are how these ideas seem to have developed their own intelligence. They are independent of the artist as well as the viewer, almost as a reference to the so-called “technological singularity”, the moment where an artificially-made intelligence exceed human intelligence and start developing themselves in a potentially enormous acceleration. It is a similar evolution one can expect has happened, or is going to happen in Mohall’s works. The paintings initiate the brush stroke’s immanent (and independent) intelligence in contrast to its function as the work of another, human, consciousness. They challenge the perception of the painting as a result of an expressive, artistic subjectivity, and simultaneously open up for the idea that painting one day will be a technology working on its own, exceeding the touch of the human hand.