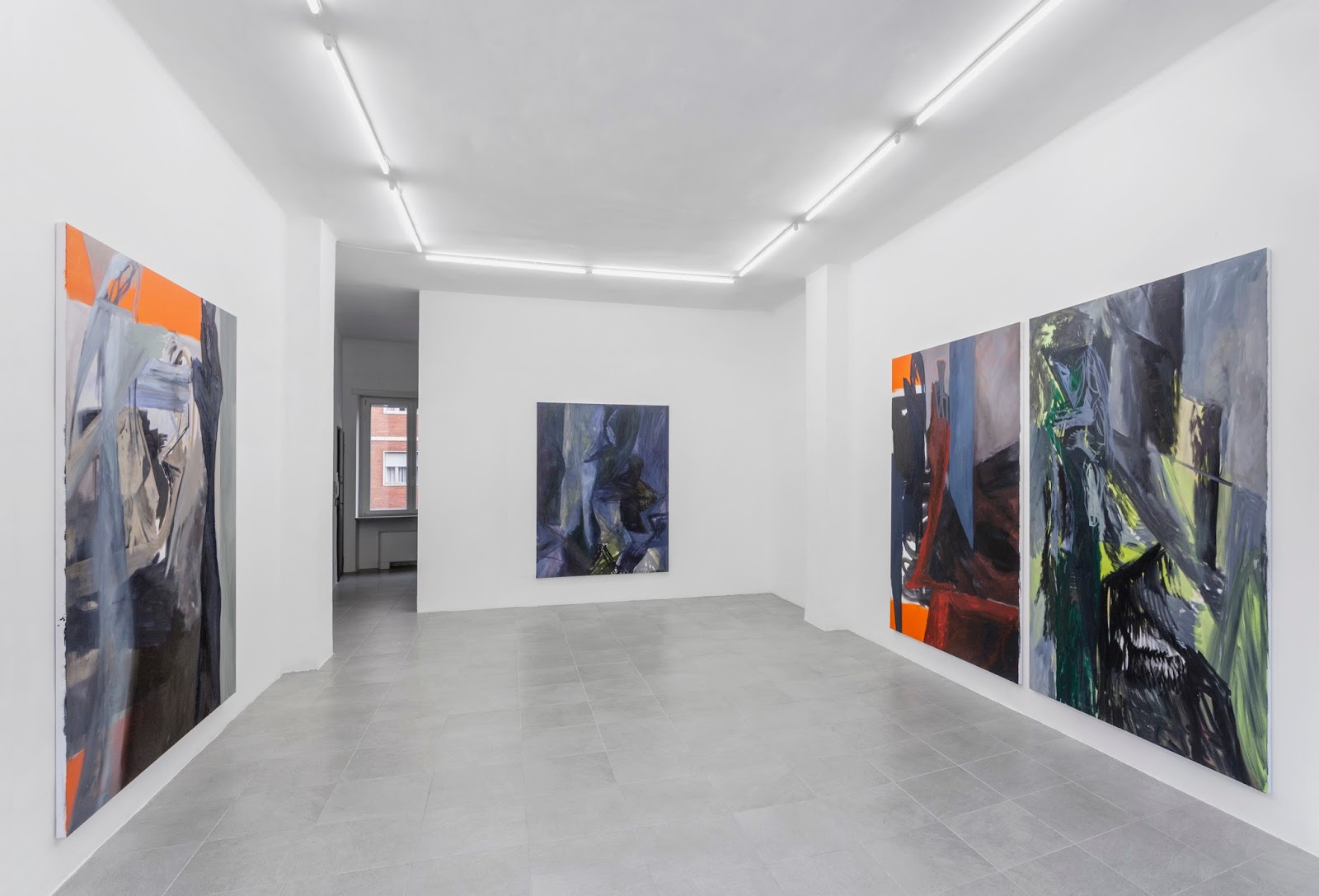 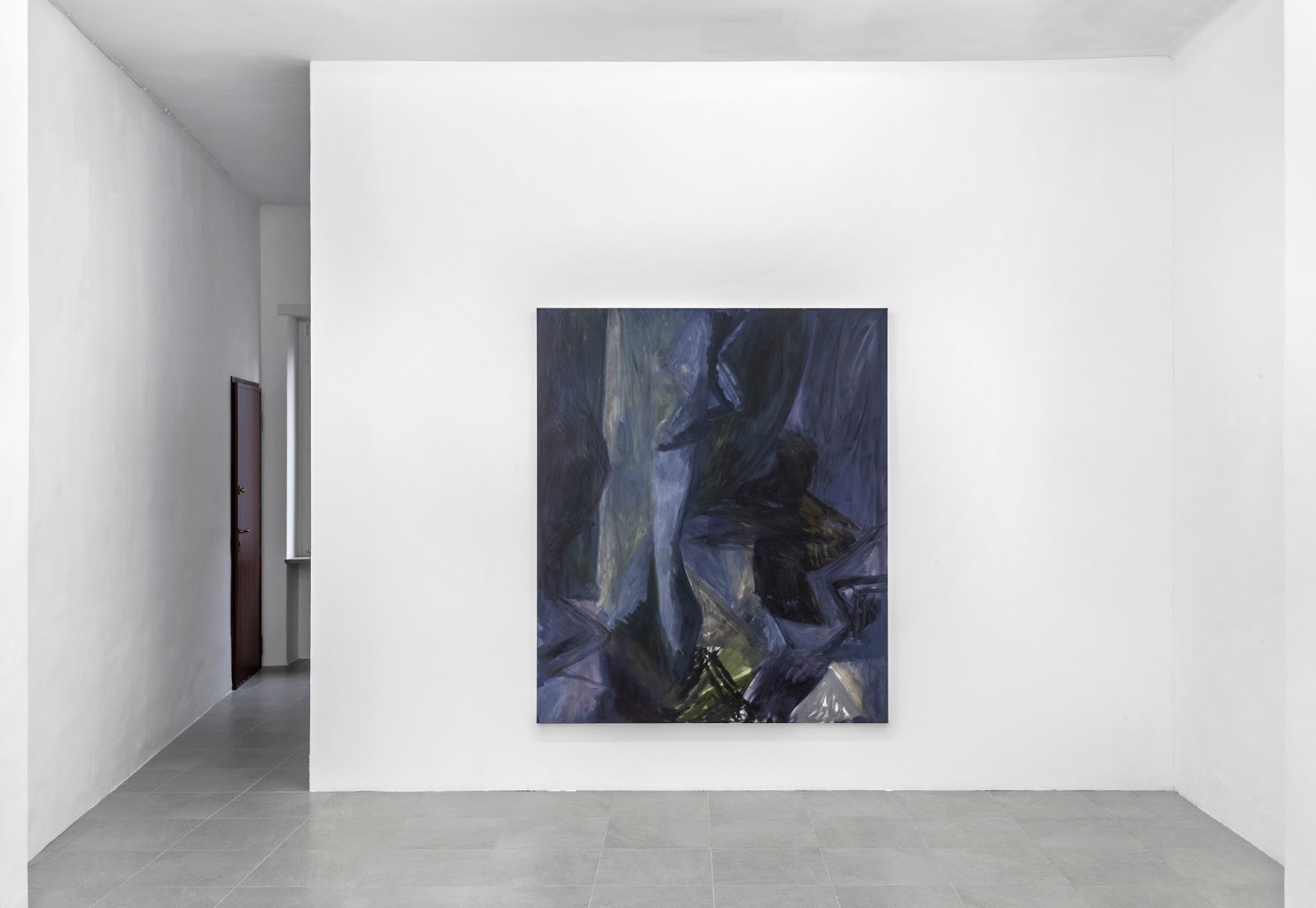 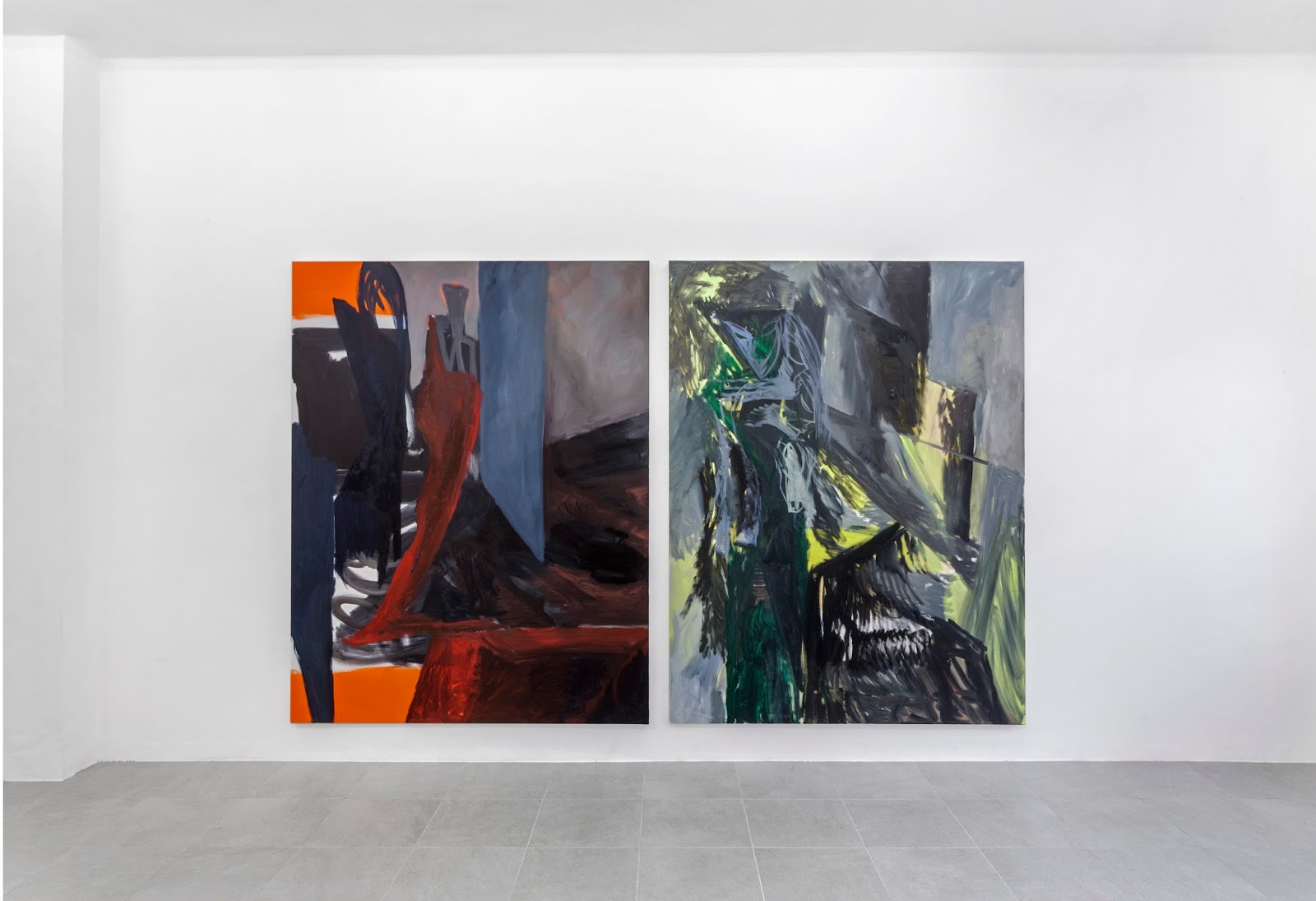 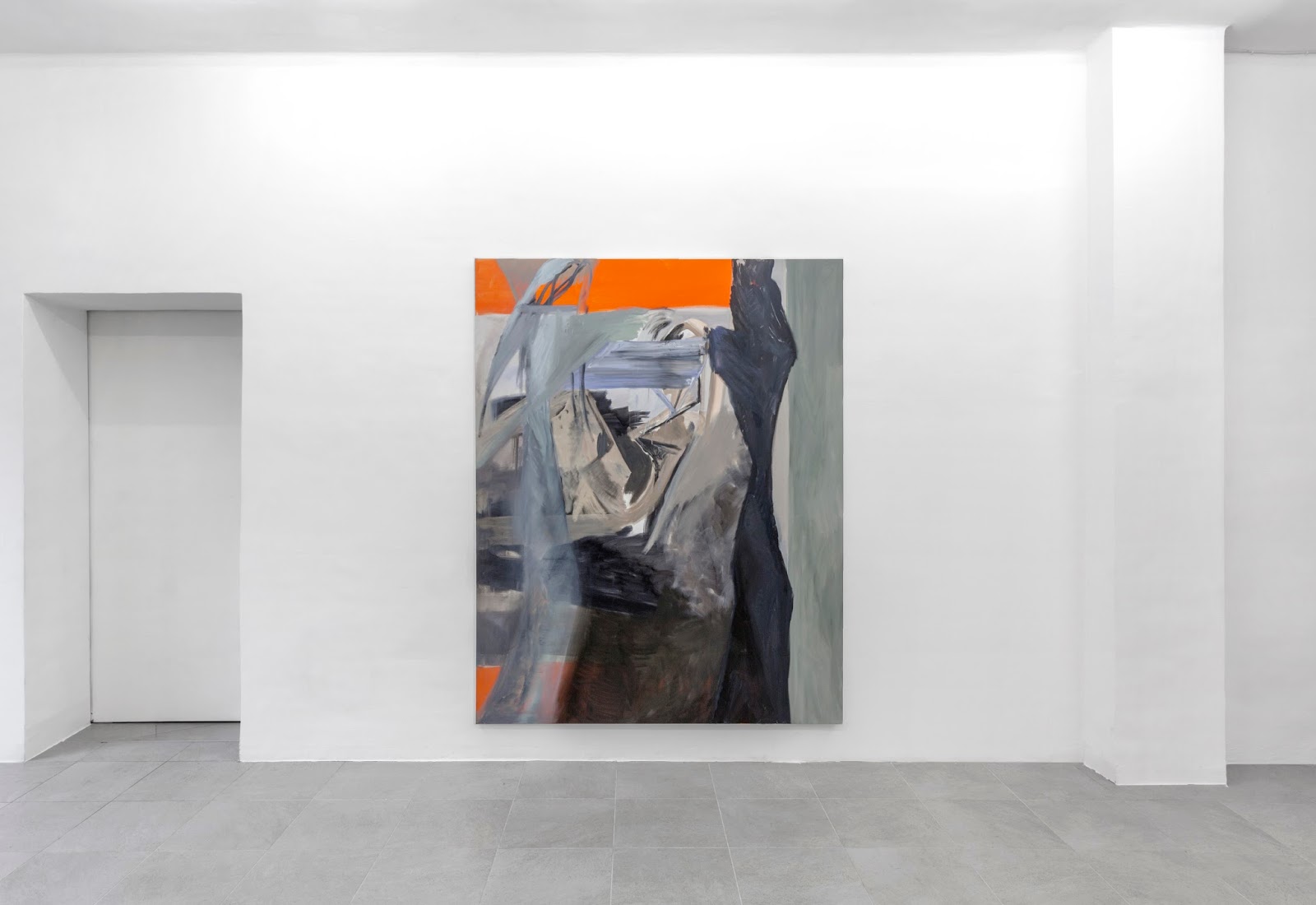 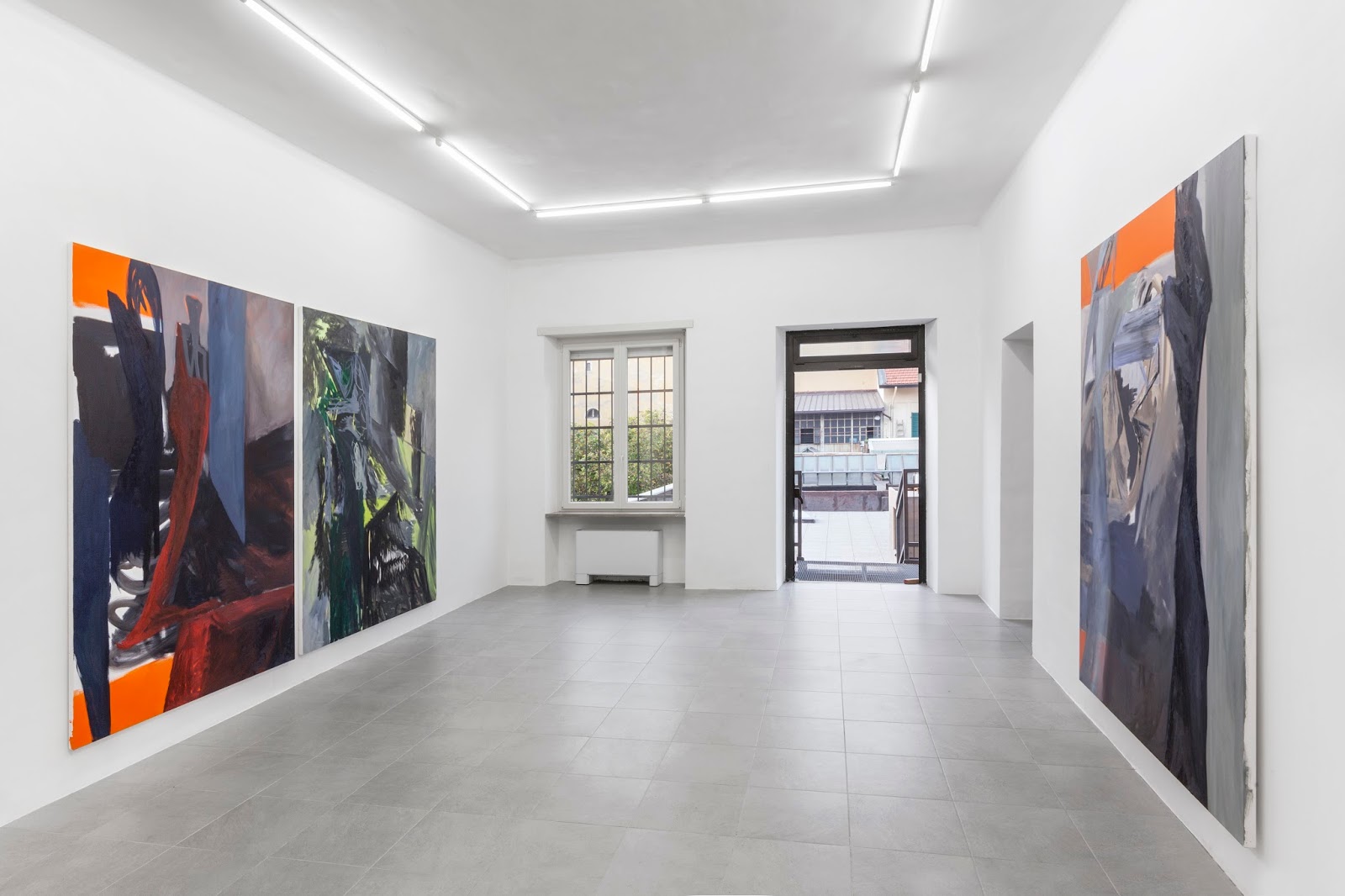 ALMANAC INN presents Total Devotion, the first solo exhibition in Italy by London-based Bulgarian artist Stefania Batoeva.
The newly produced paintings in the show continue a body of work where subjects are about to lose their symbolic and figurative consistency. Forms collapse, implying, rather than defining, a moment in which an imagery is solidified. Floating bodies, molecules, fragments stratify, finding their balance in an internal logic of repetitions and deviations. The linearity of a narrative is broken into circularity and movements between temporalities and worlds. Boundaries between bodies are lost, dissolved in projections and layering. The space is defined by reshuffling and unstable surfaces, projecting forms and figures — fields on the edge of becoming landscapes. Feelings emerge in between these concurrent scenes, where euphoria of new reconfigurations and desire inform the image.