Manor Grunewald
"Hang in there" 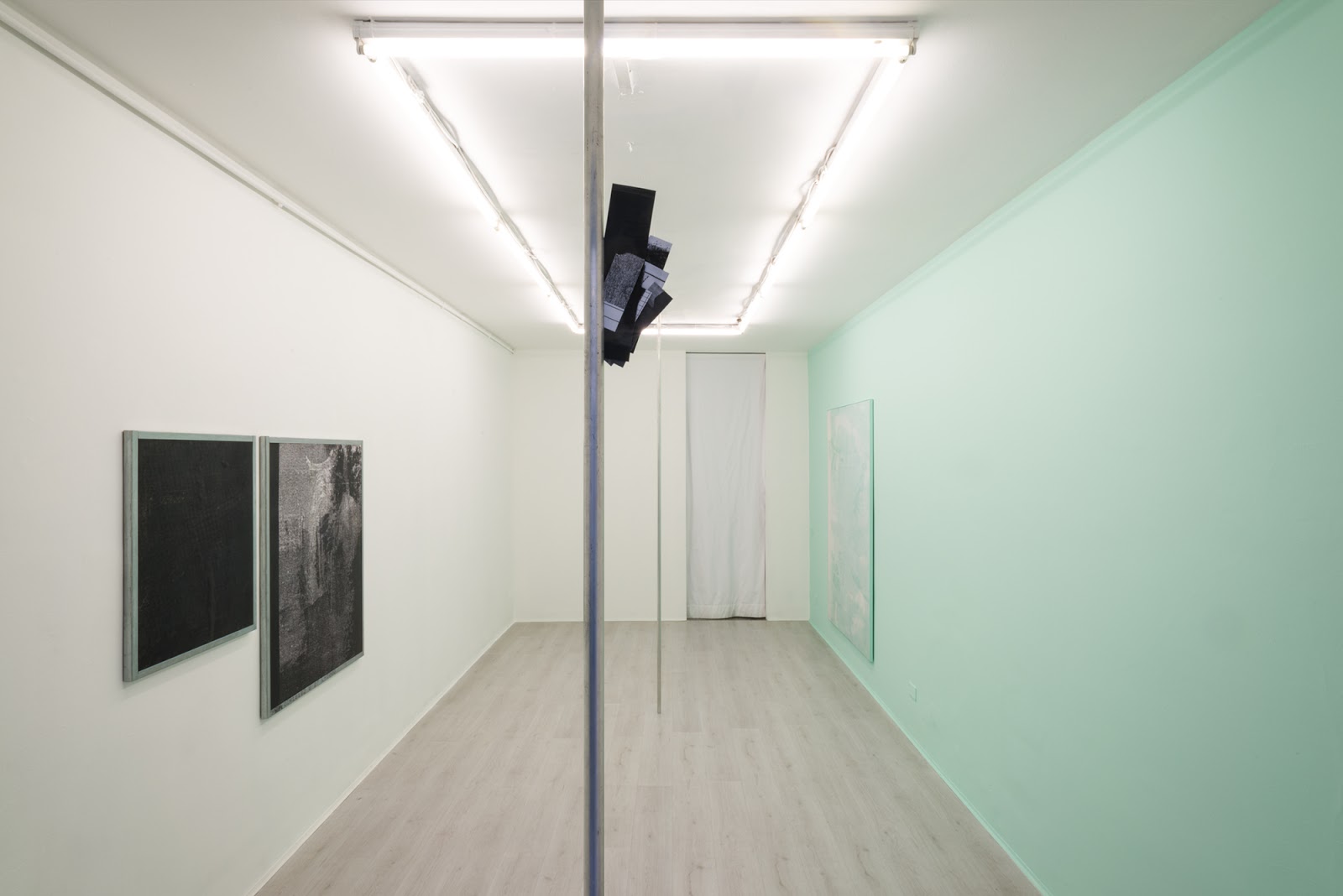 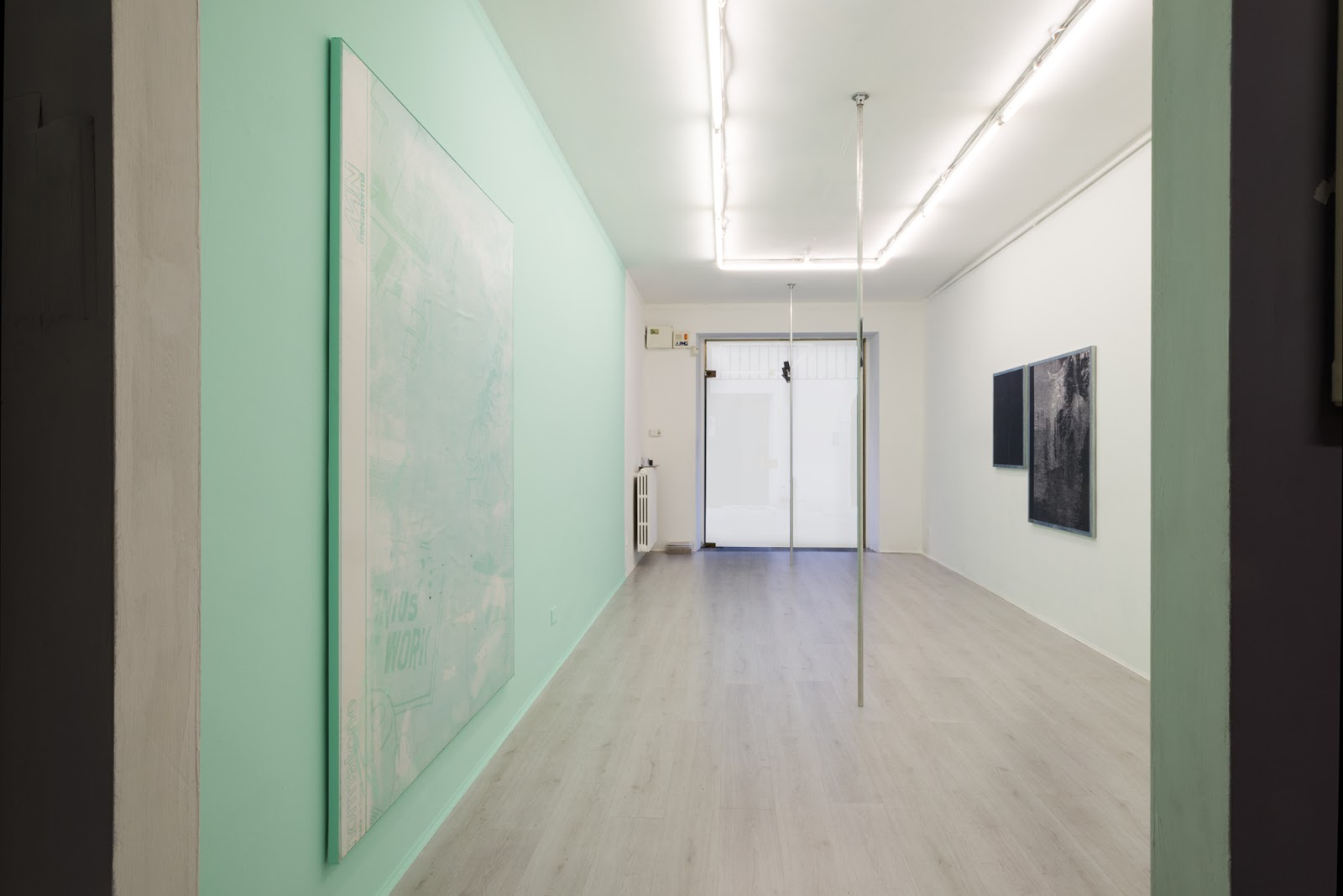 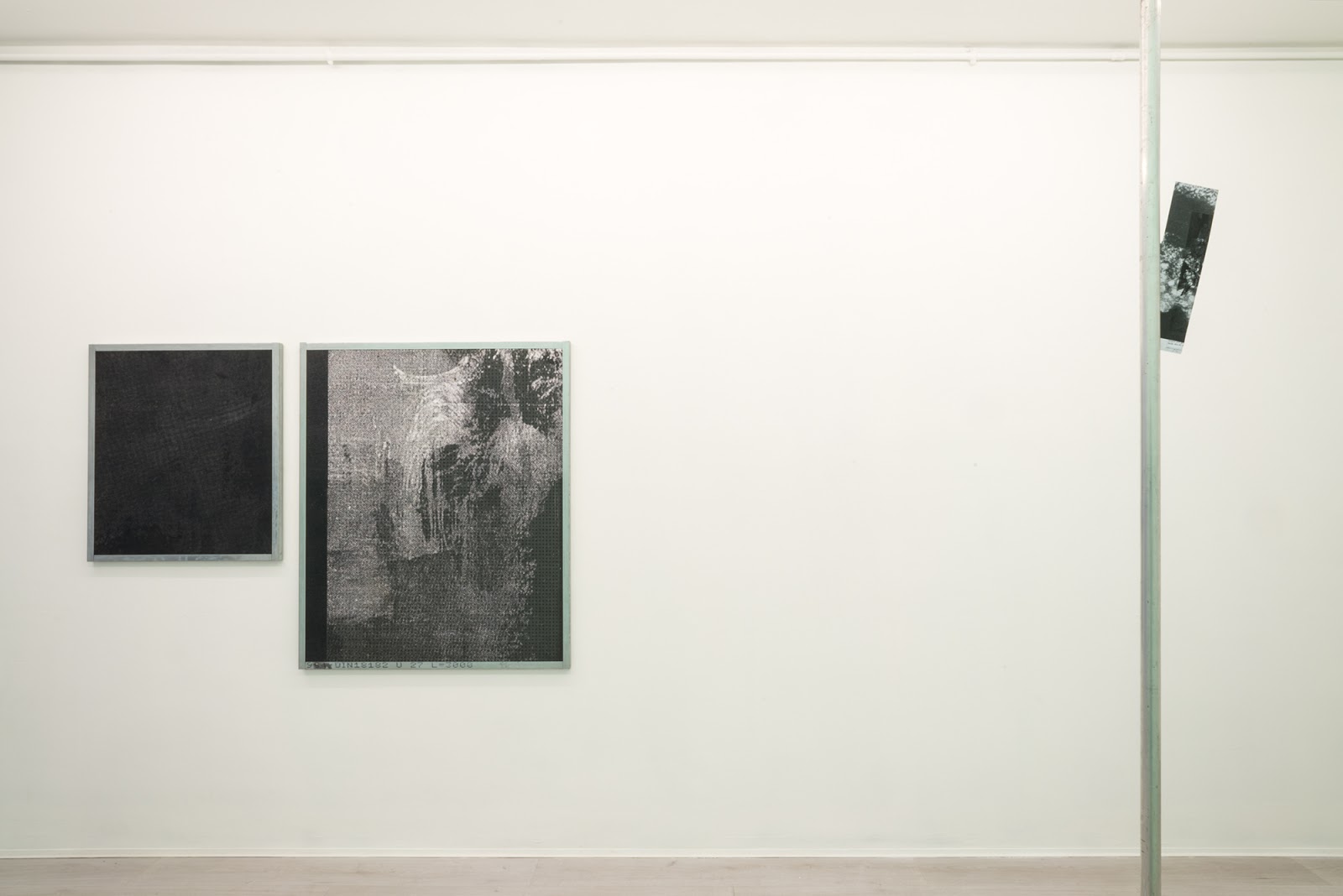 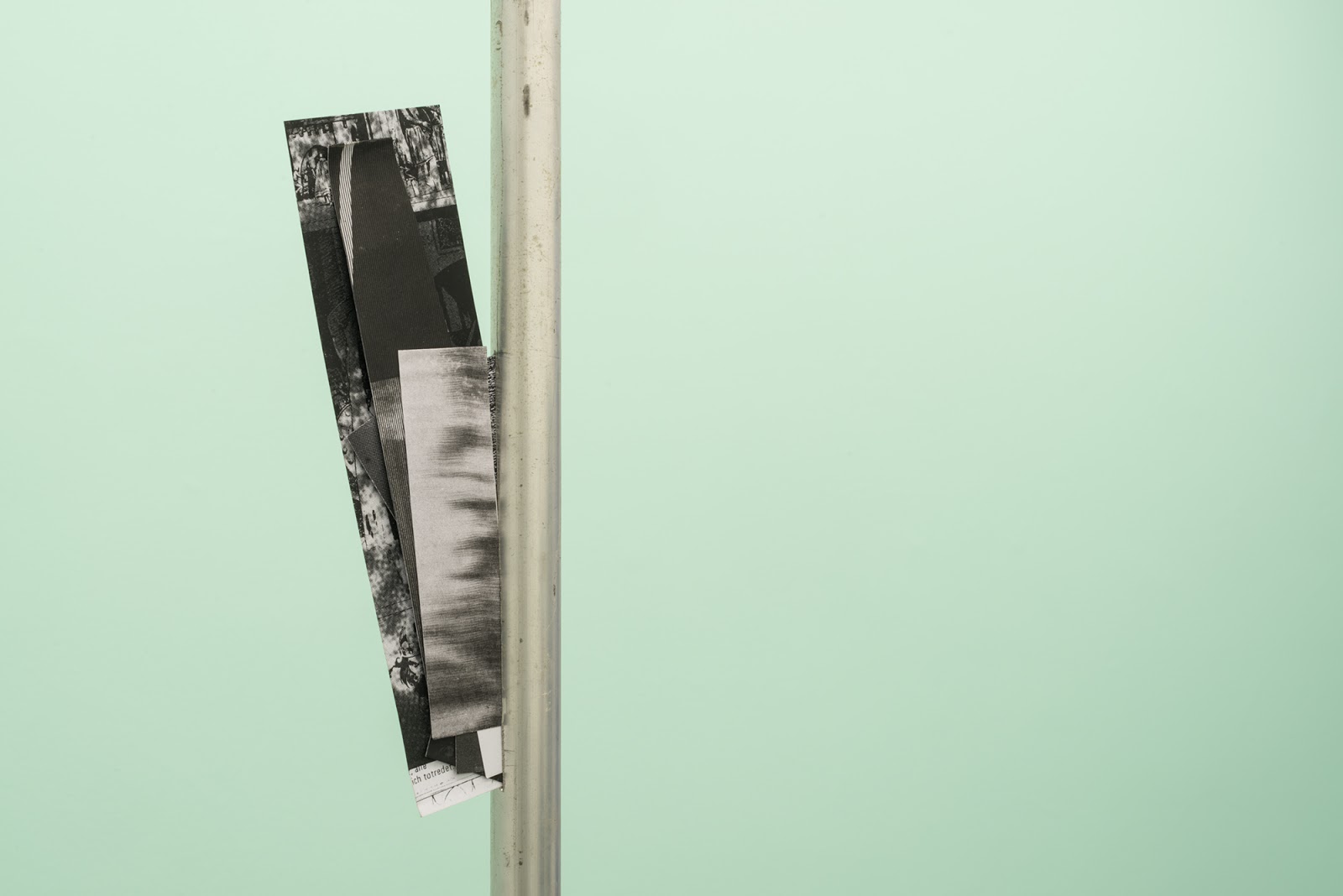 
What you need to know at this point is that this is a story avoid from figuration, in which no characters are set in real time, nor in any other time or sphere. And even if there were to be a character then the story would handle about the disassembly of that figure so the process would become the protagonist in the story.
And yet, the silent genius at work, Manor or Norman – appears and disappears as we proceed through the publication. His image is reproduced and gains many forms, but no consistent one. Often due to repetition he is equaled to a pattern, a background, a set design. So I stay in search for him and do consider Manor or Norman to turn into the character of the book – at least just for now. In an attempt to understand his handlings we might be drawn to little hints given throughout the story. There are some basic tasks; a hand holding a ruler, the folding of a page, a drawn cartoonish figure or even some leftover food.
Though when looking in detail, the instructions provided prove to be illfitting procedures for the construction of the objects and images. As if you were browsing for a ´how to connect airco to door´ DIY video but are side tracked and end up watching a brilliant manner to knot shoelaces. It might nonetheless mesmerize you and you might be hijacked with a similar attention as if they proved to be the answers you were searching for. As if The Silent Genius / Manor or Norman is the answer to the question you are asking? But is he really a person and does he show himself as a figure? Is he the personification of the artist or rather the sound of the work that is produced?
Diversion? – Perhaps. The images are produced in a huge tempo, there are loads of them, they are being collected and archived, shown and reproduced in various formats and outlines. Again we might be fascinated by the meticulous creation of the image, by its painterly expression, by the logical outcome of assembly procedures into exhibitions or by the logic of the economy of image production and the images it generates. Though not one single image has anything to say about the questions asked here.
Or perhaps that is what they want us to believe: that there is no artist, or at least no artist who has a voice – or he is not portrayed in a manner we want him to appear. Sufficient answers are given but non seem to fit the character – Is the silent genius a mishap? Just a random character that constantly collects, adjusts, repositions, folds, overs. Who sits in a room and produces poor images, and then transforms them in even poorer images, which refuses any form
of figuration. Why is he working so hard? Is he there in the image of reproduction, in its sound, as
a cliché? OK let’s start again: Our character is set in an archive, desperately trying to avoid
cataloguing any figurative images.
He instead finds manners in which he gets rid of them. He copies them, enlarges and layers them
with equal reproducible materials. It is as if these images would hold him to a certain reality,
would haunt him and ask him to take a stand towards them. Us asking questions on the why and
how allow him to come up with ready-made answers – poor answers perhaps.
It is not that he wants to disappoint us – he finds the ´Genius Artist´ and shows us how we can
make things. And I do feel for him as his necessity to avoid confrontation fascinates me. Plus he is
generous, a characteristic I value highly. Though the willingness to disappear in the amount of
work, the labor involved pushes me away from him. I might be torn between my feelings of
responsibility for the ´genius at work´ and my desire to get rid of the threat that he poses to my
way and purpose of life today. Norman Manor wants to be humane, he brings in the elements that
would make action traceable to figuration, though this figuration acts as a gnome and renders
itself non- figurative.
He understands figuration is ´reasonable´ and that the active individual stands behind him – he
looks at the traces of a lived I. He produces fragments that are partially possible to be reclaimed
though Manor Norman is prudent and his withdrawal an act of production.