Lisa Tiemann
Alongside Outside 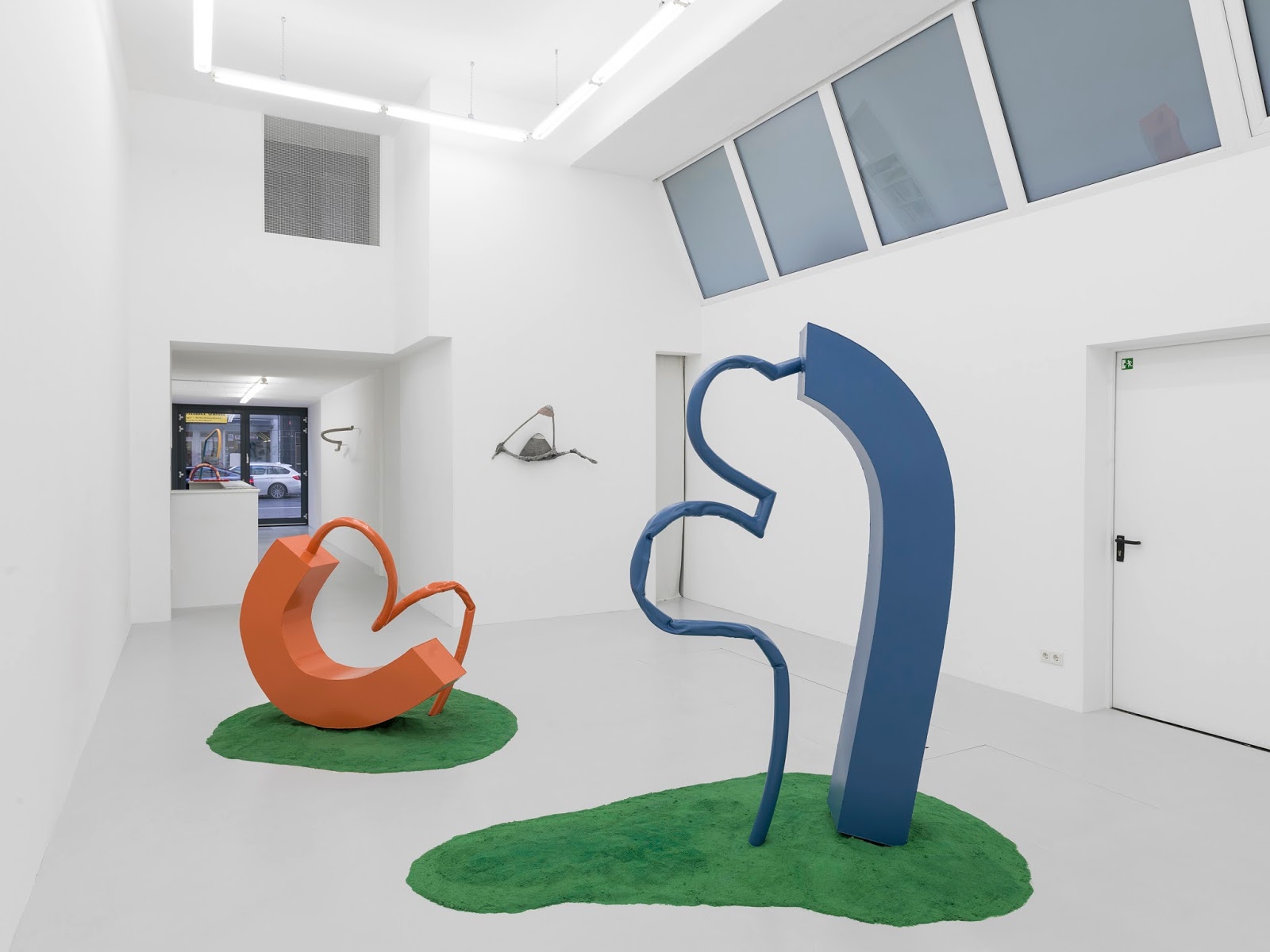 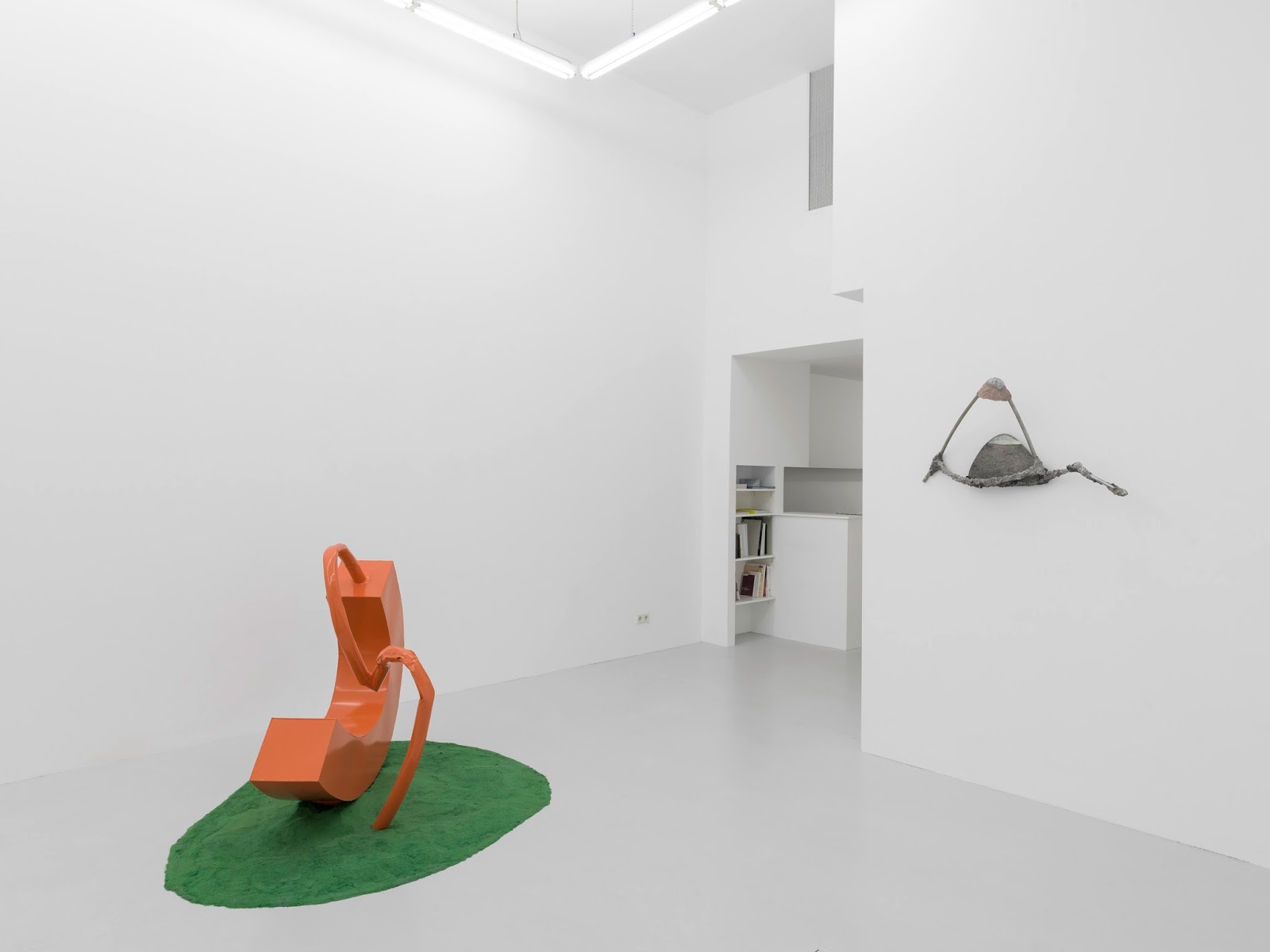 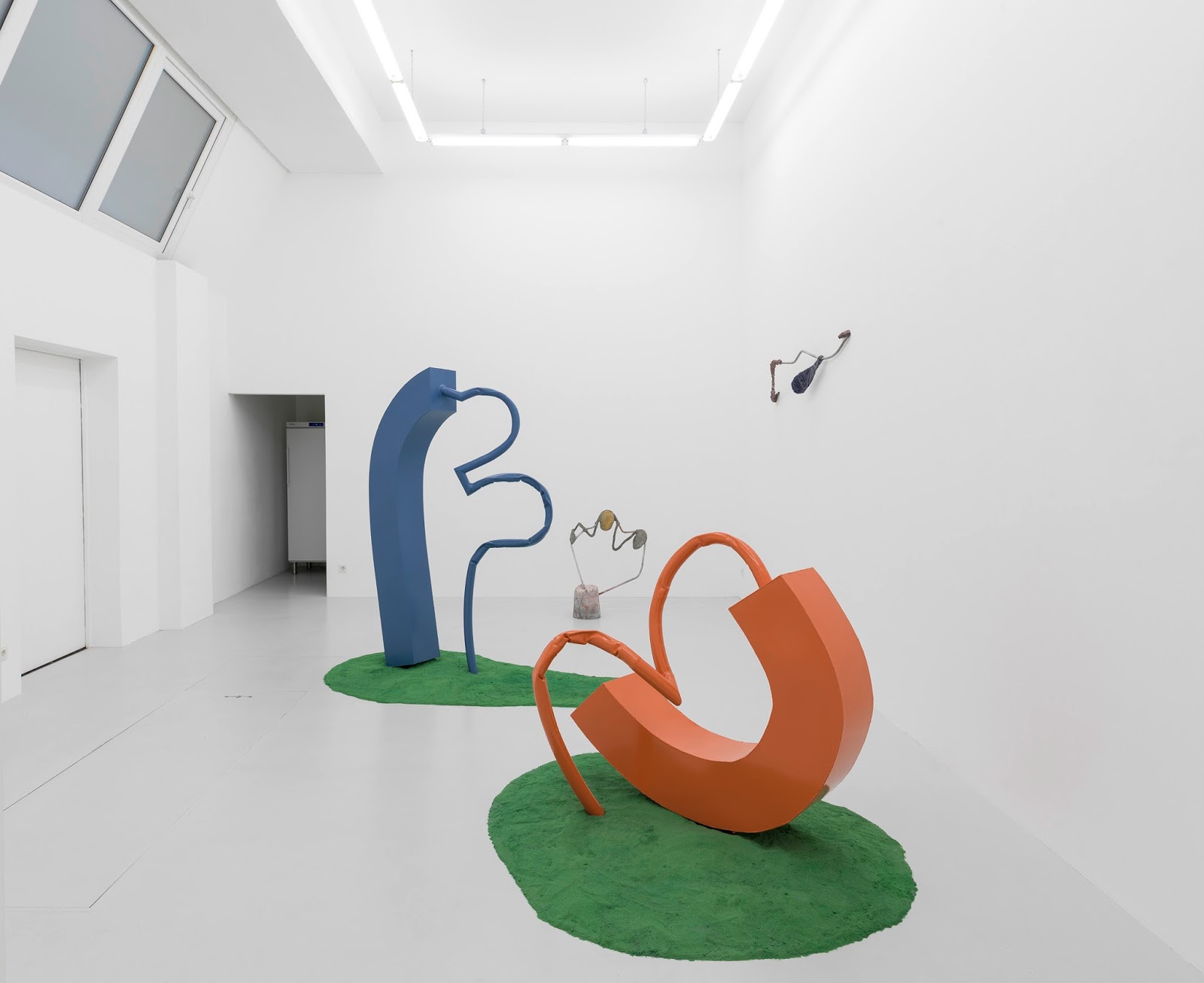 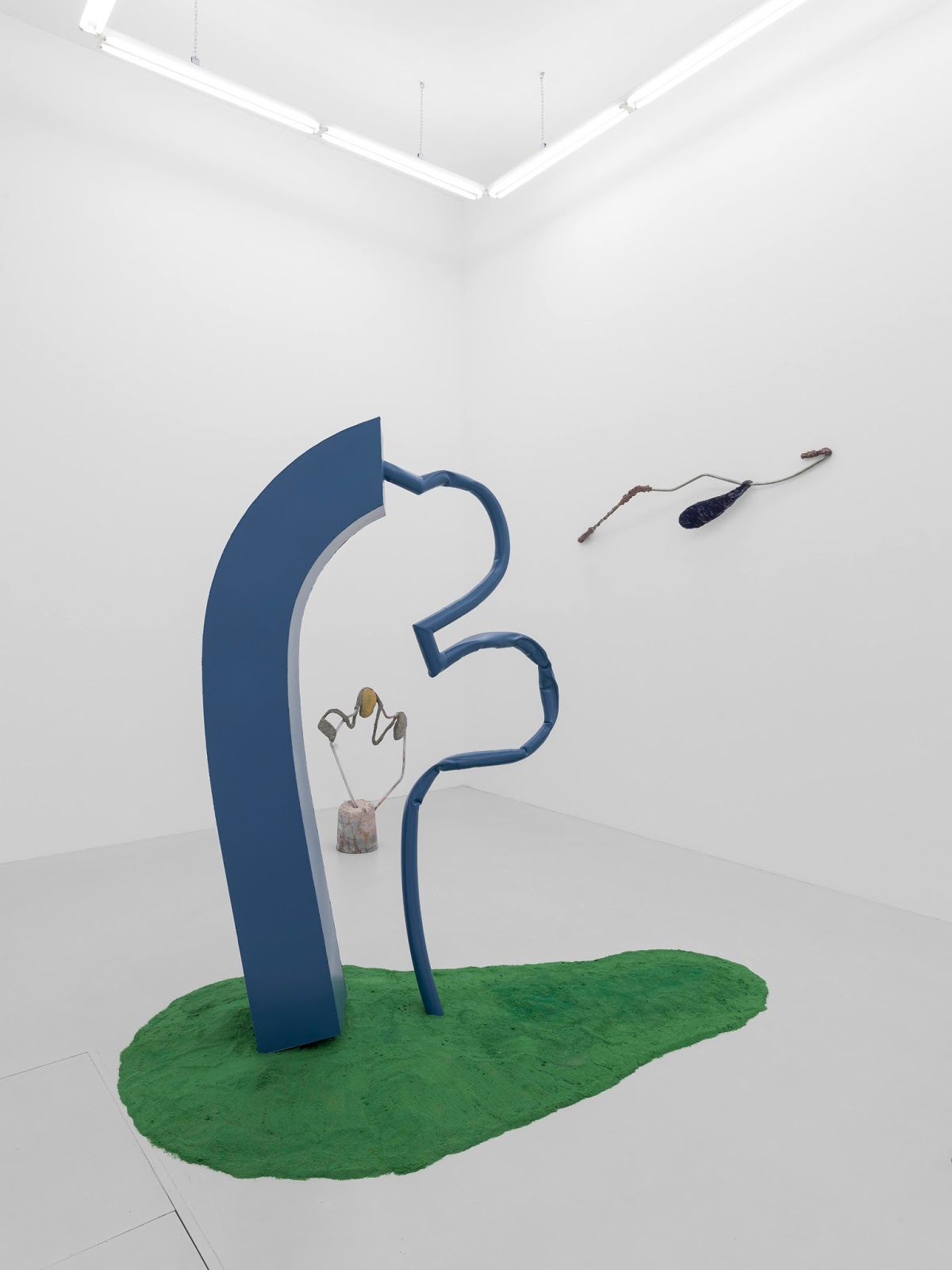 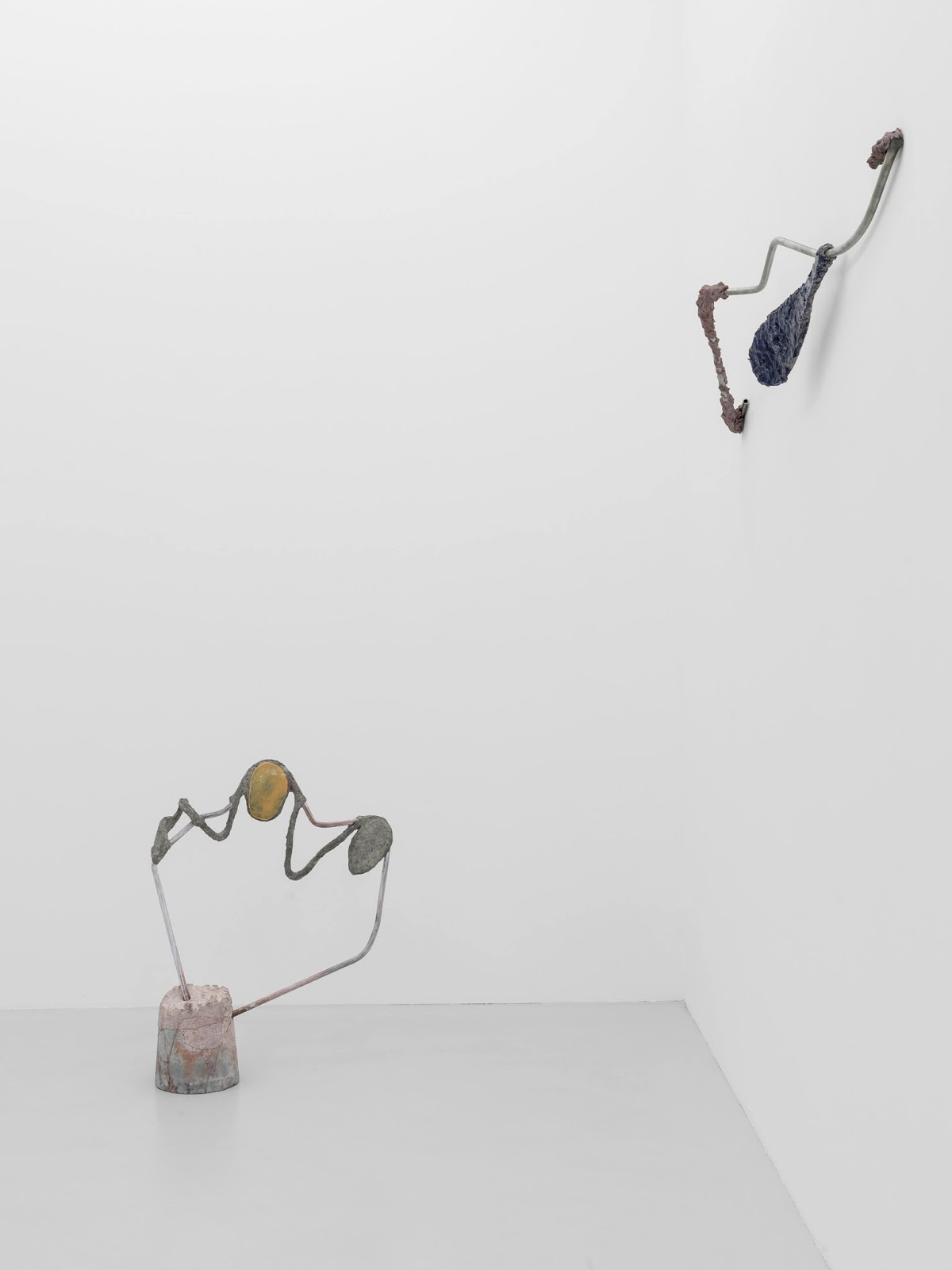 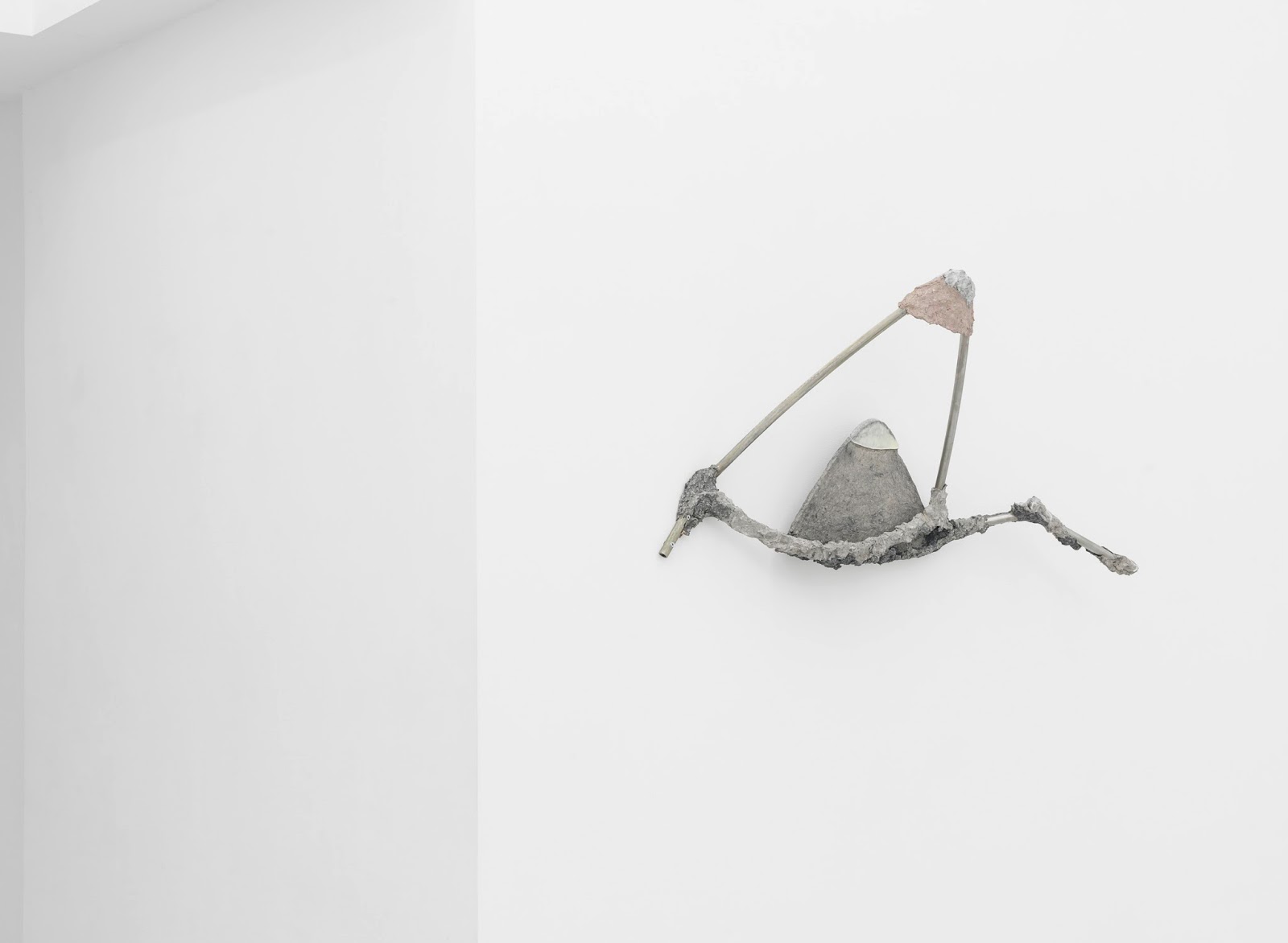 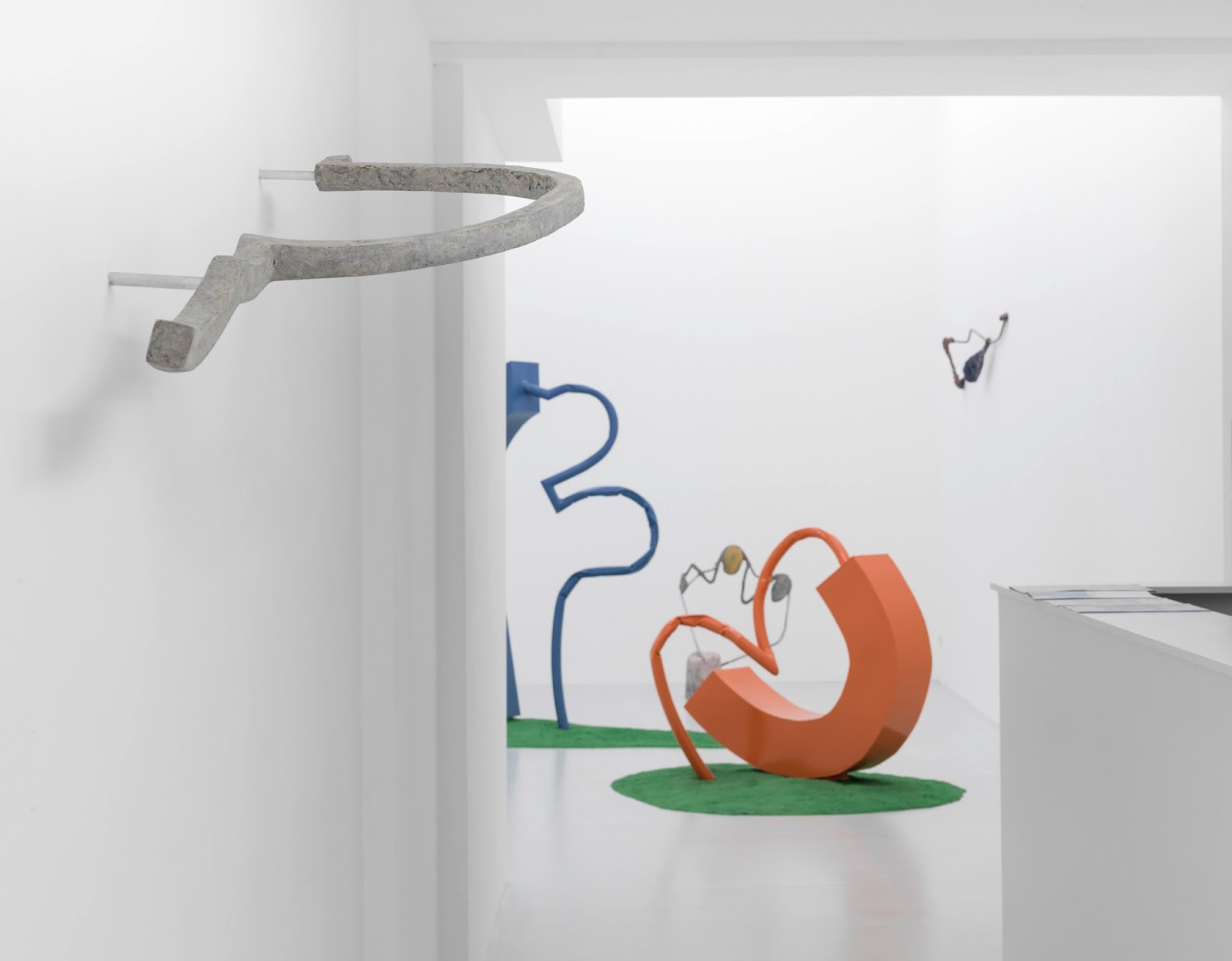 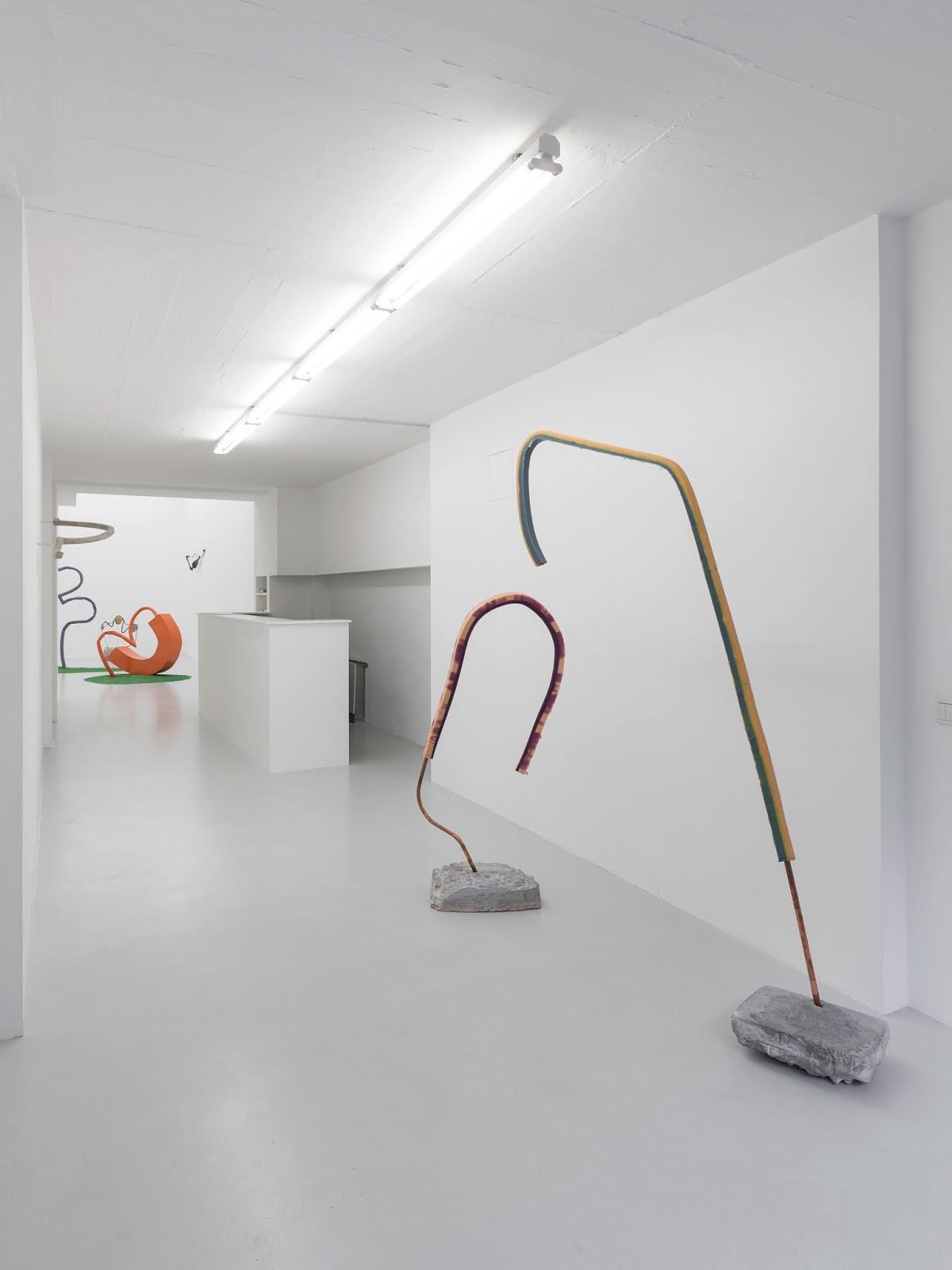 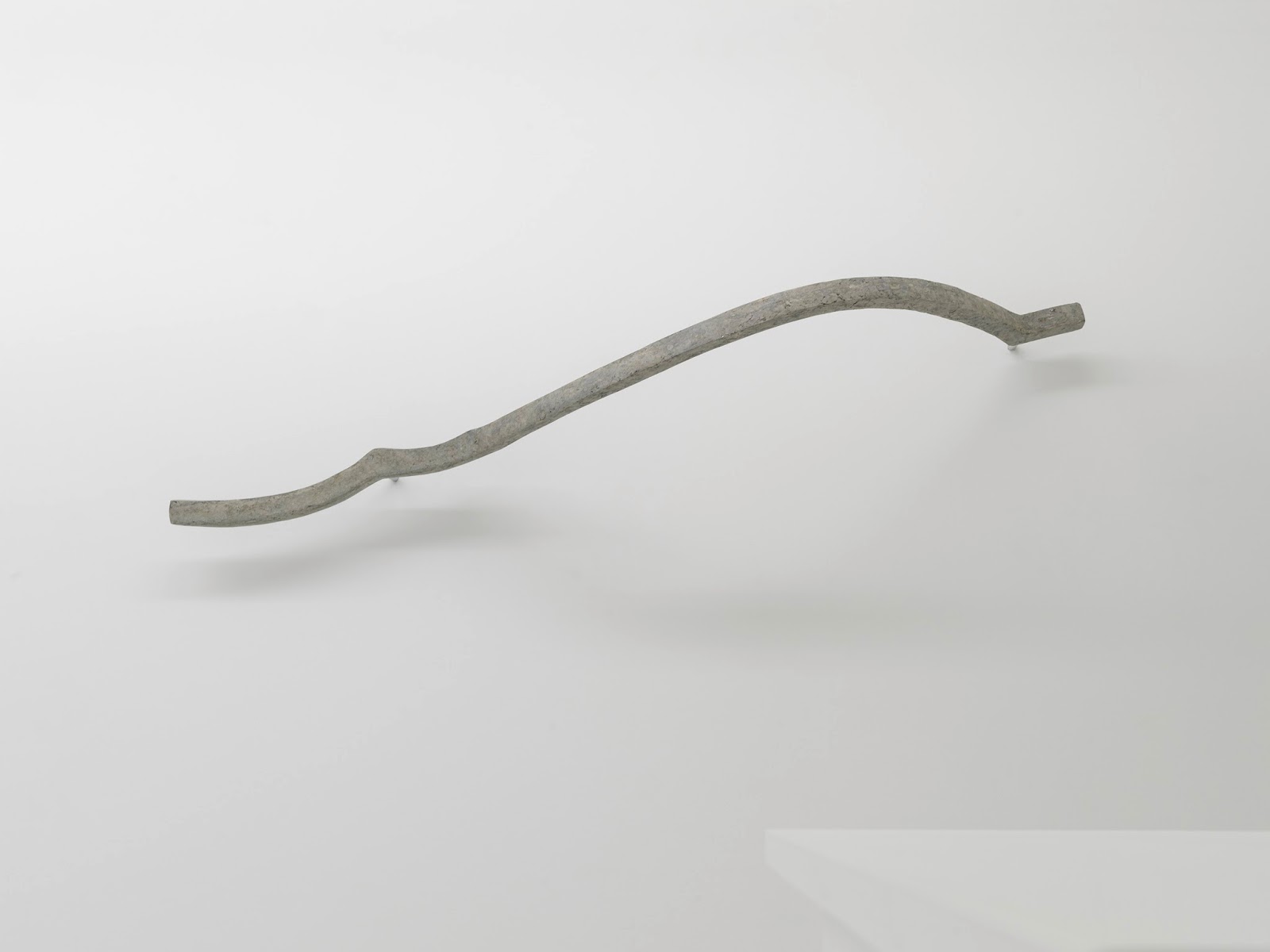 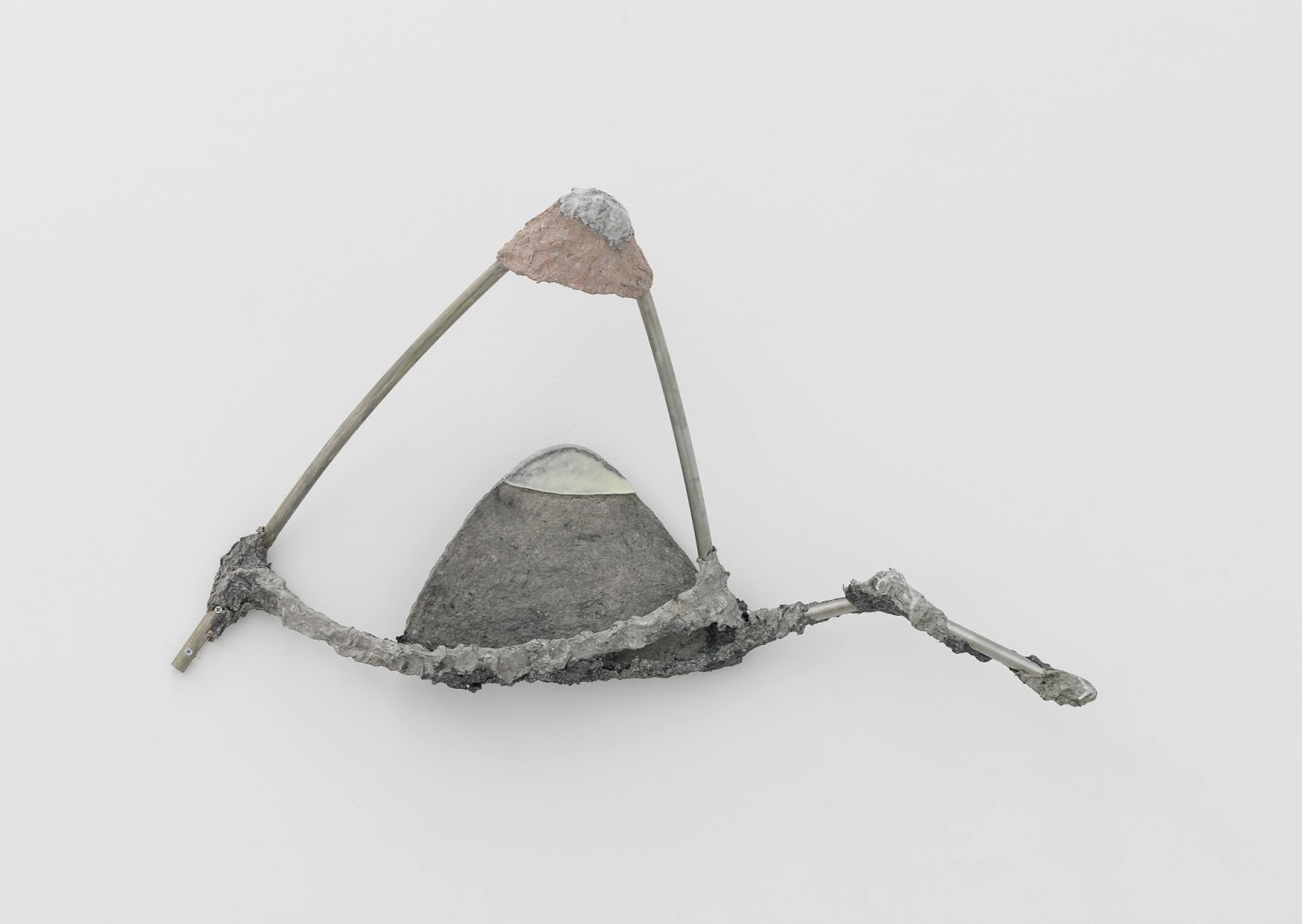 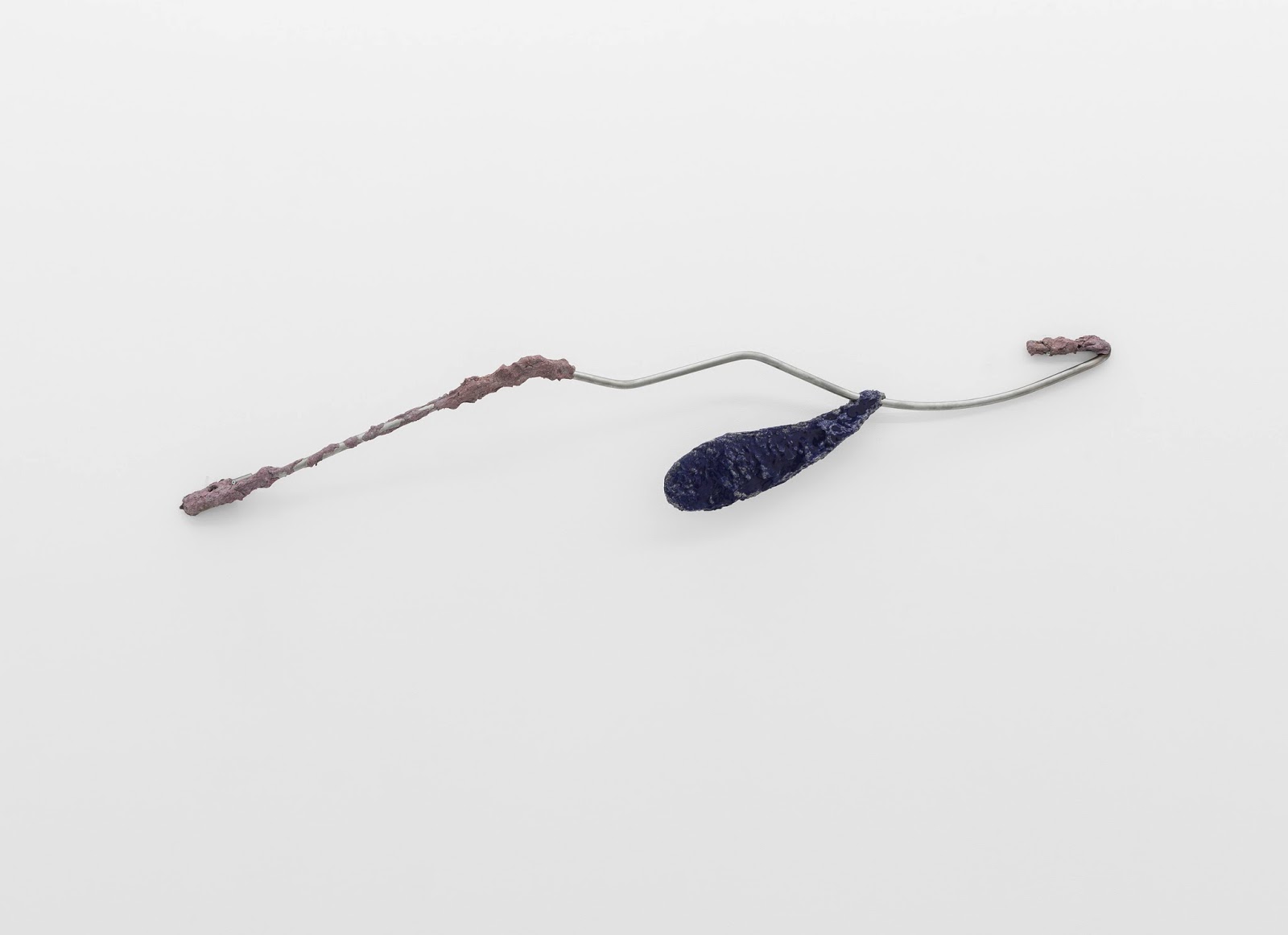 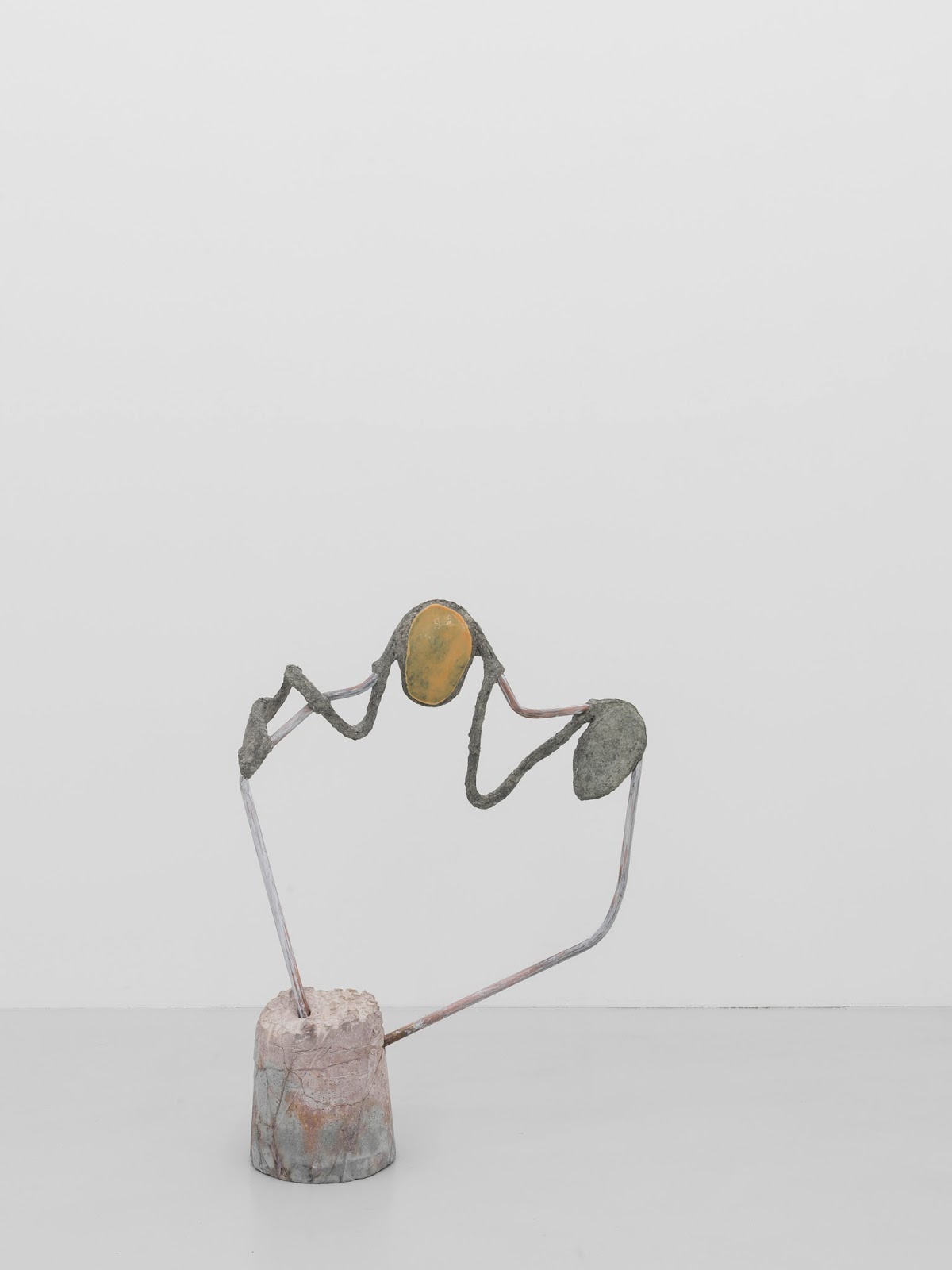 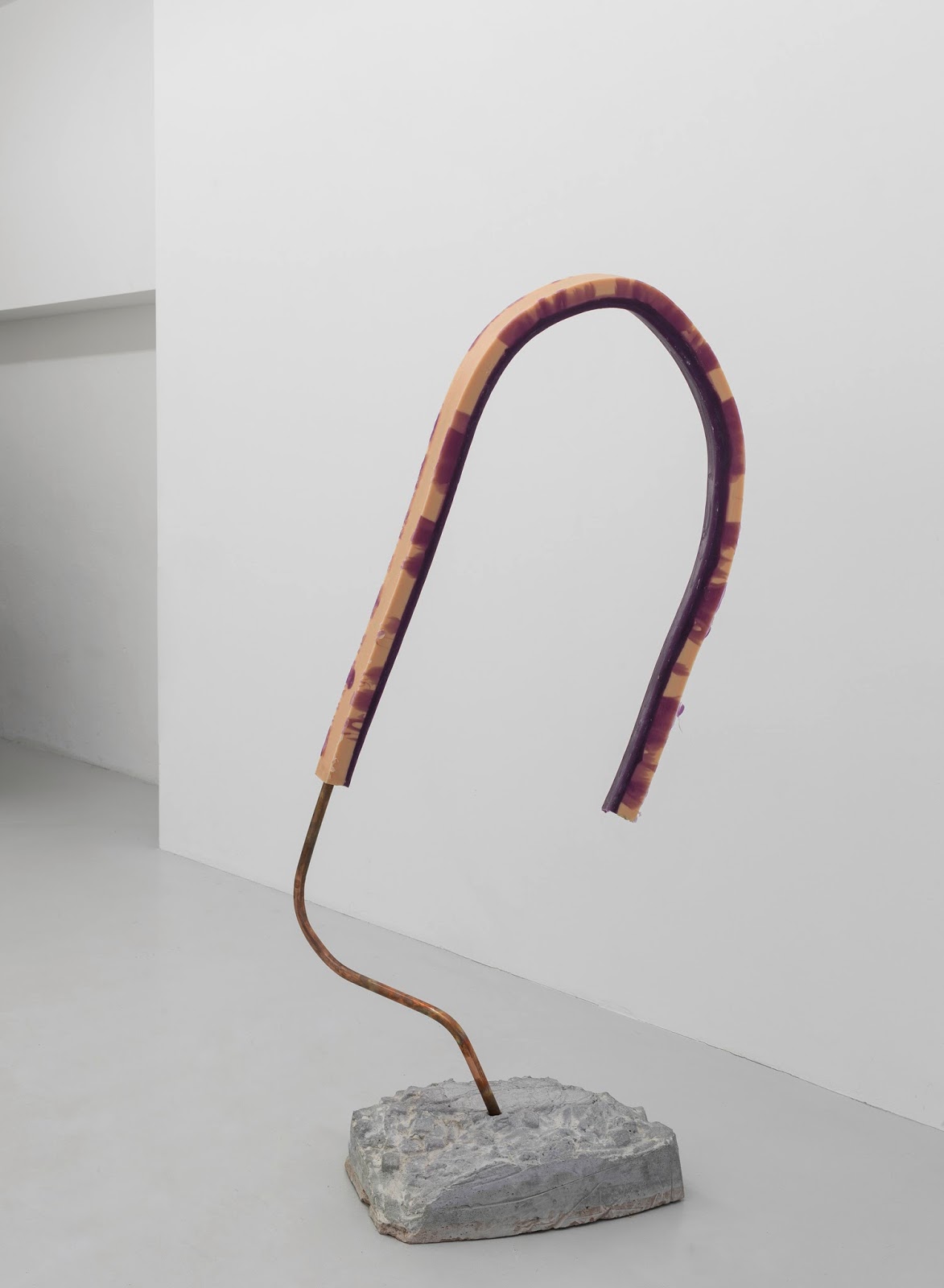 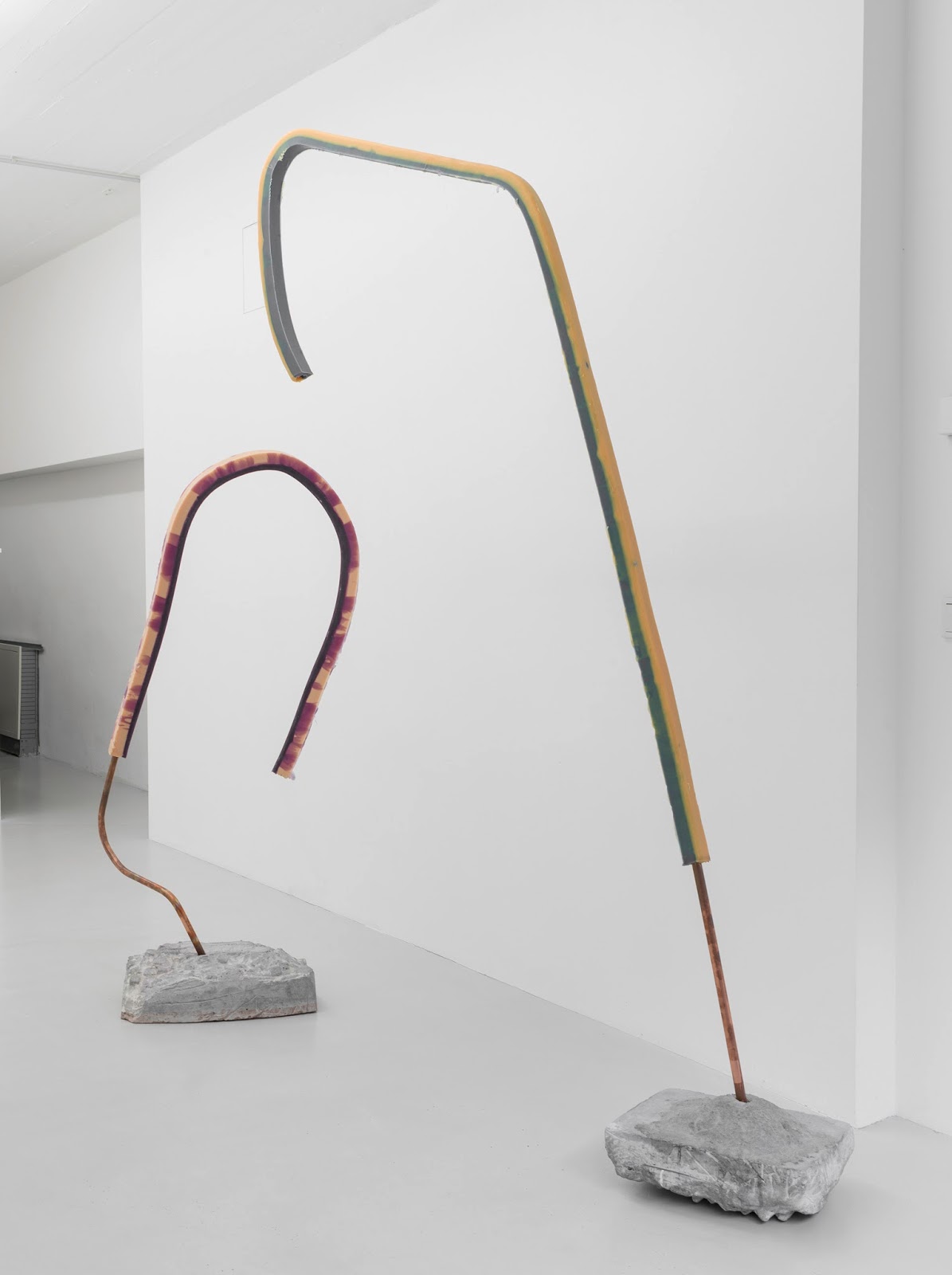 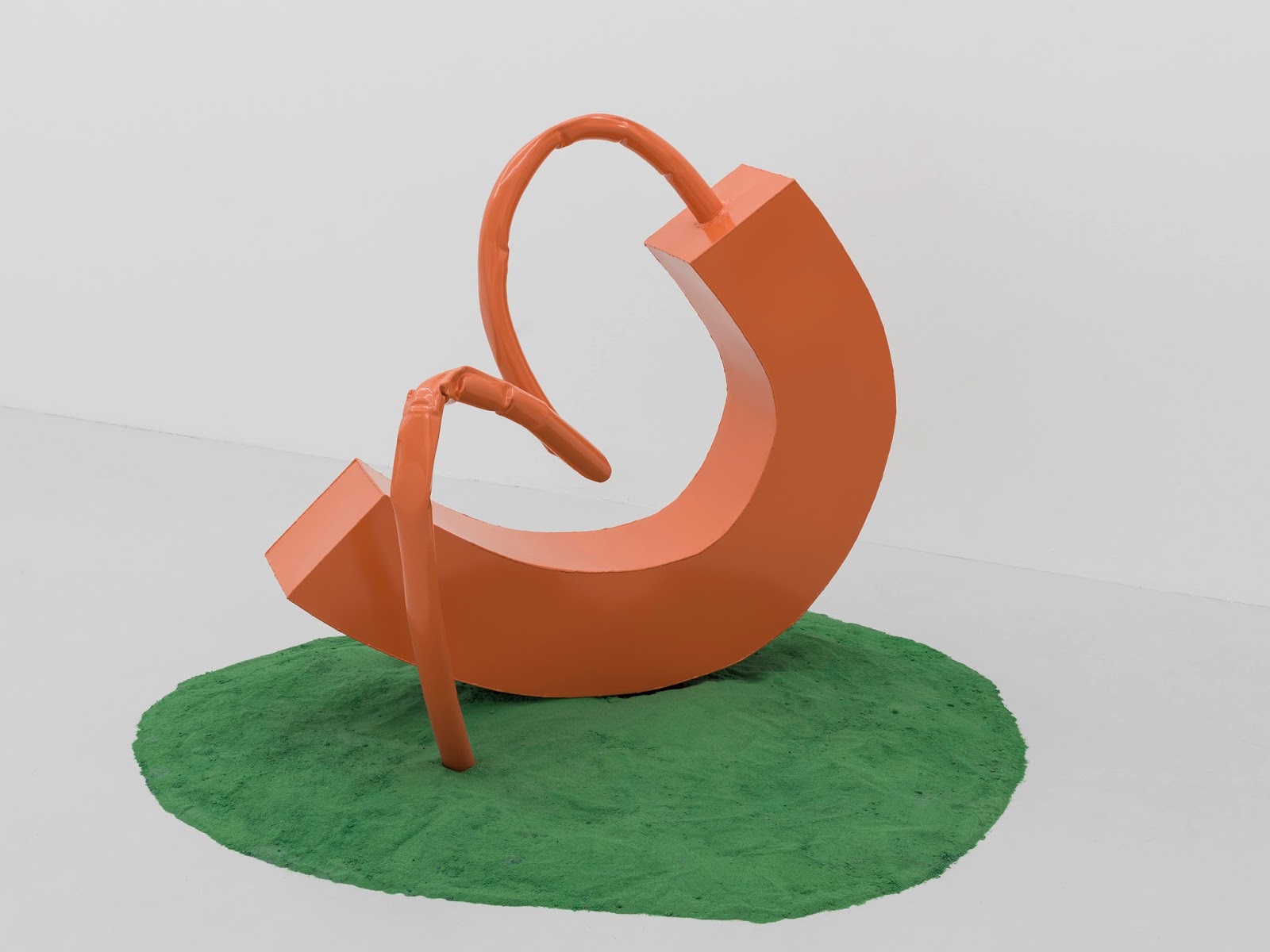 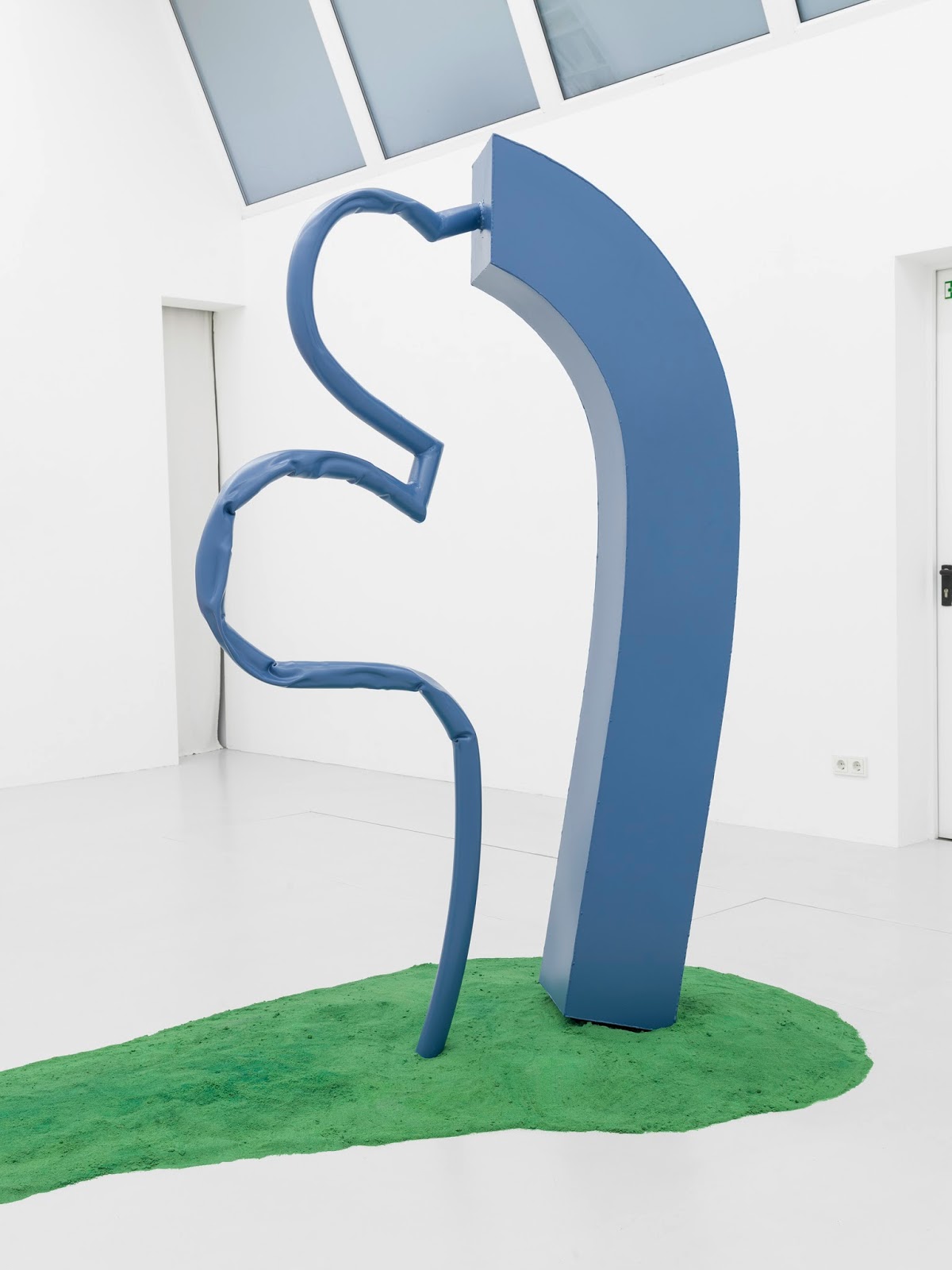 Images courtesy the artist and FiebachMinninger

The title of the exhibition alongside outside can be translated to the German in the literal
sense of “entlang des Äußeren” and also as a description of Lisa Tiemann’s artistic practice.
A form’s detours and borders carry with them the question of whether the contours define the
sculpture or the room they occupy. Tiemann’s sculptures emerge from a graphic gesture: a
simple stroke - a line - developed through many iterative studies and finally transferred from
the page into the exhibition space. More a vocabulary than a repertoire of forms, these signs
vary in their clarity, shifting between abstraction and concreteness. They are accessible and
legible, but, nevertheless, uninterpretable. Or, rather, they elude any one, definitive
interpretation.
Two sculptures developed for the exterior space of alongside outside, address the relationship
between the interior and exterior world of a body in a space and in a landscape. This builds on
Tiemann’s recent engagement with outdoor sculpture. Though in a larger format, expansive
and withstanding constant exposure to the outdoors, they daringly hold on to their energy and
lightness - the outdoor sculptures, which have been grouped around them and which have
been made for the interior exhibition space, share the same qualities. The outdoor sculptures
do not appear fixed to the ground, but rather tilt, bend and teeter depending on the visitor’s
perspective. With their luminous, vibrant colorfulness, they confidently assert themselves in
their respective surroundings, serving as artistic markings on the landscape. The sculptures
depict closed, organic forms and define an inside. The line thus becomes a kind of weatherresistant
skin that offers protection, breathes and functions as the dividing line of a body. But
the forms are not hermetic in either their legibility or their spatial extension. Even when the
sculptural body is shown inside a gallery space, the outside environment - the exterior
surrounding - is implicitly present.
The works conceptualized for the interior space pursue the principle of inside/outside. The
viewer moves along a line between the interior and exterior space, following a handrail or the
silhouette of a mountain range. Geometric forms perform a balancing act, appearing as
fleeting landscapes and body parts. They seem to organically grow from the earth or clay,
manifesting as paper mâché, steel, rubber and concrete. Stubborn and curiously inspired,
they refuse any one, definitive attribution.