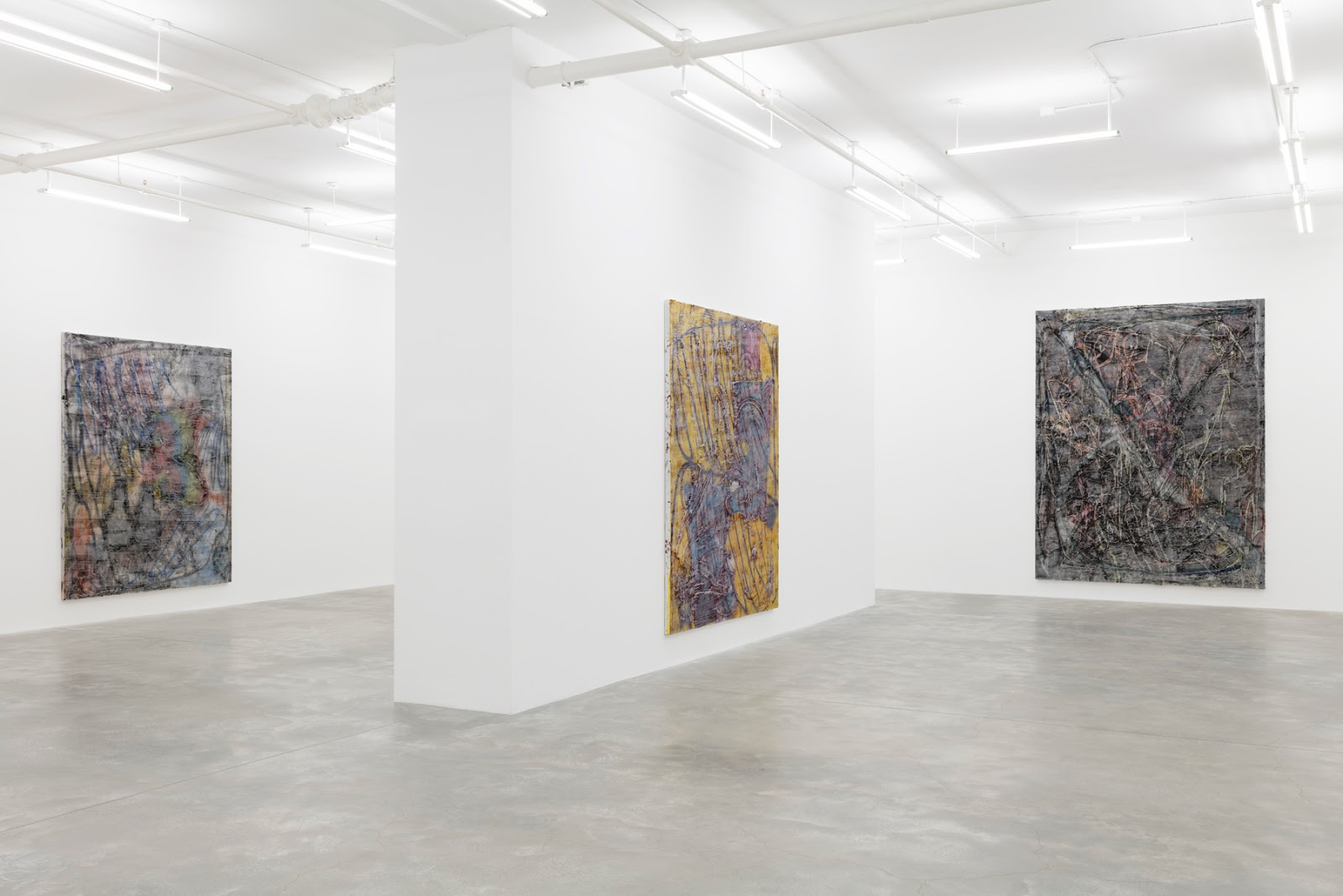 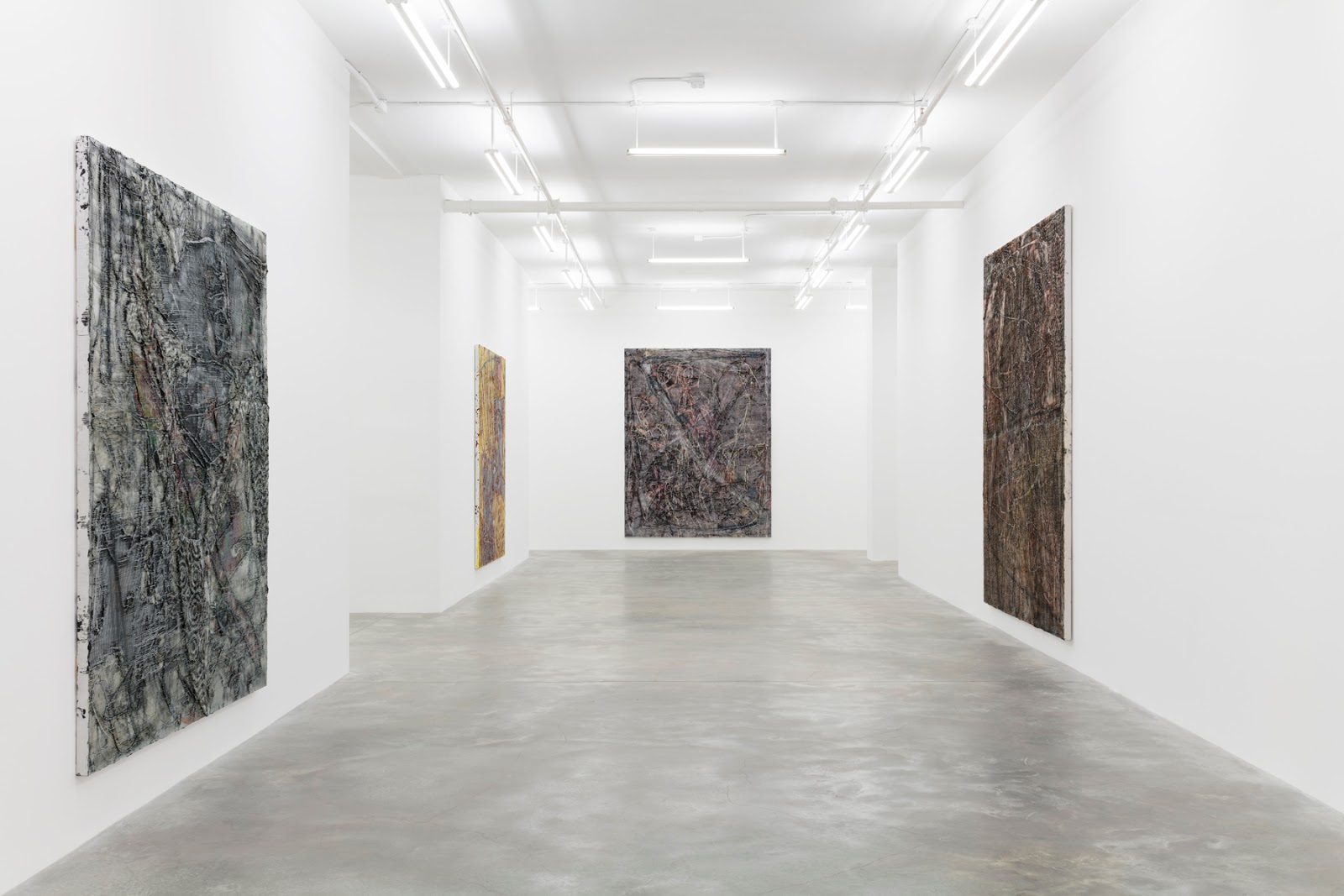 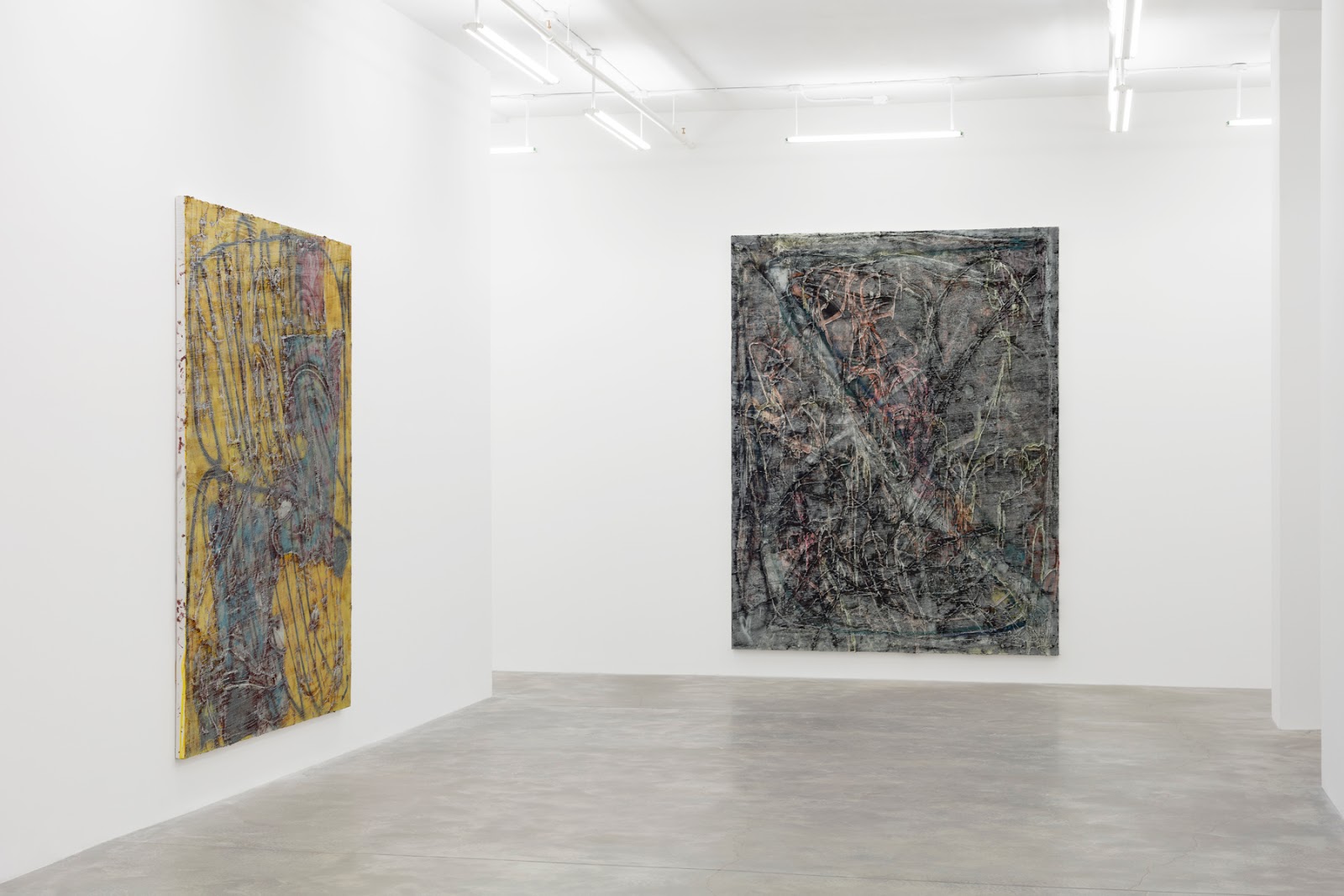 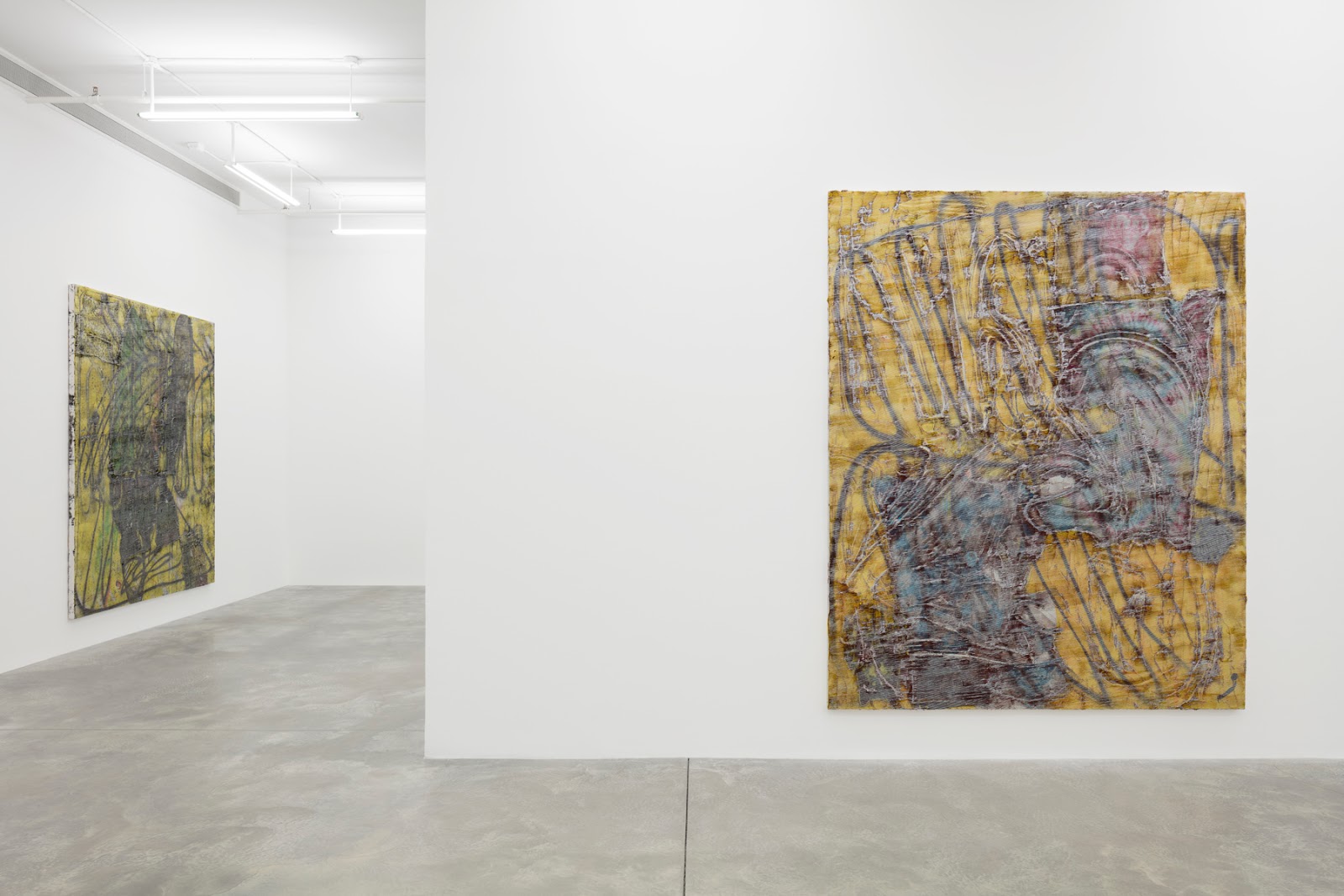 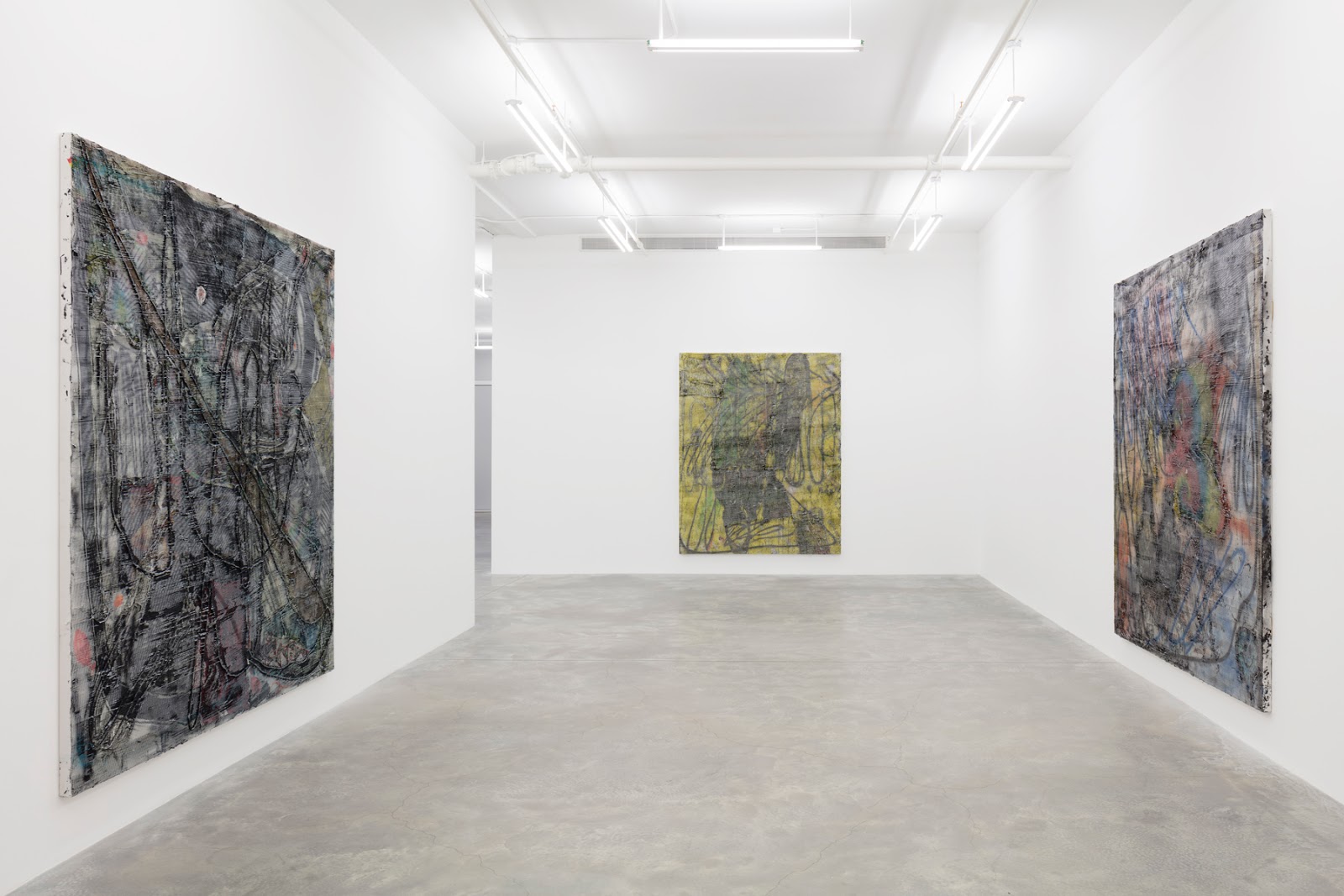 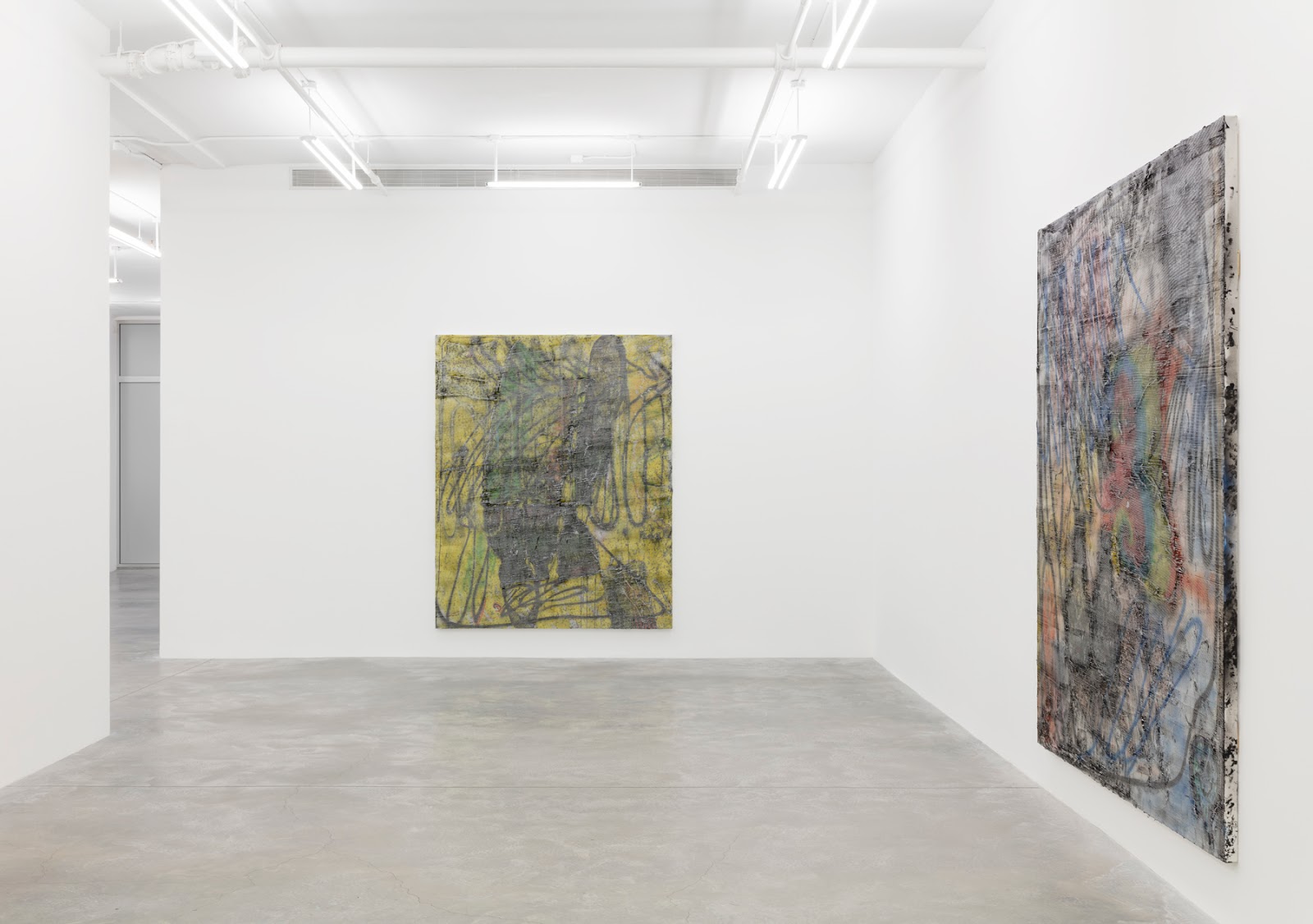 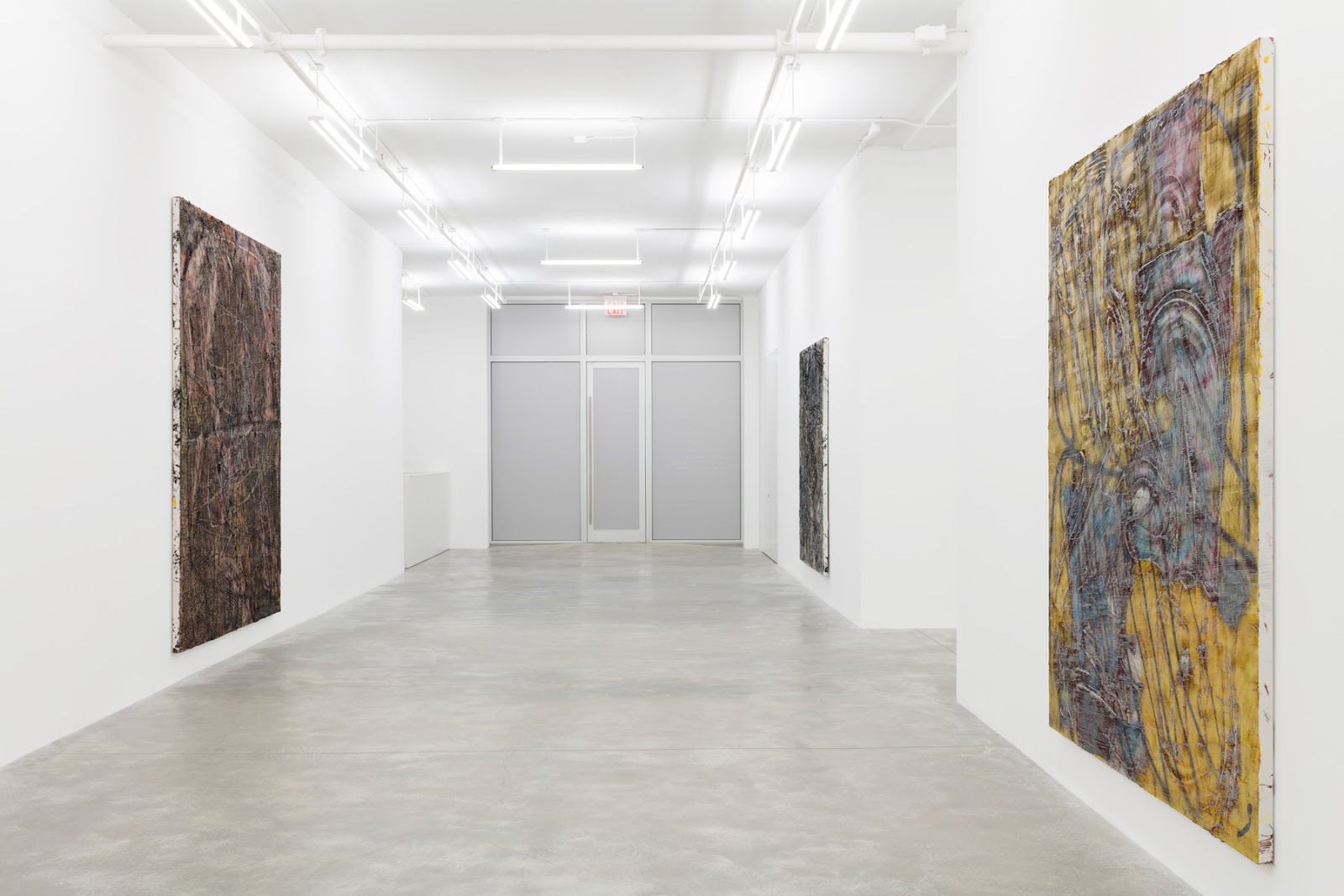 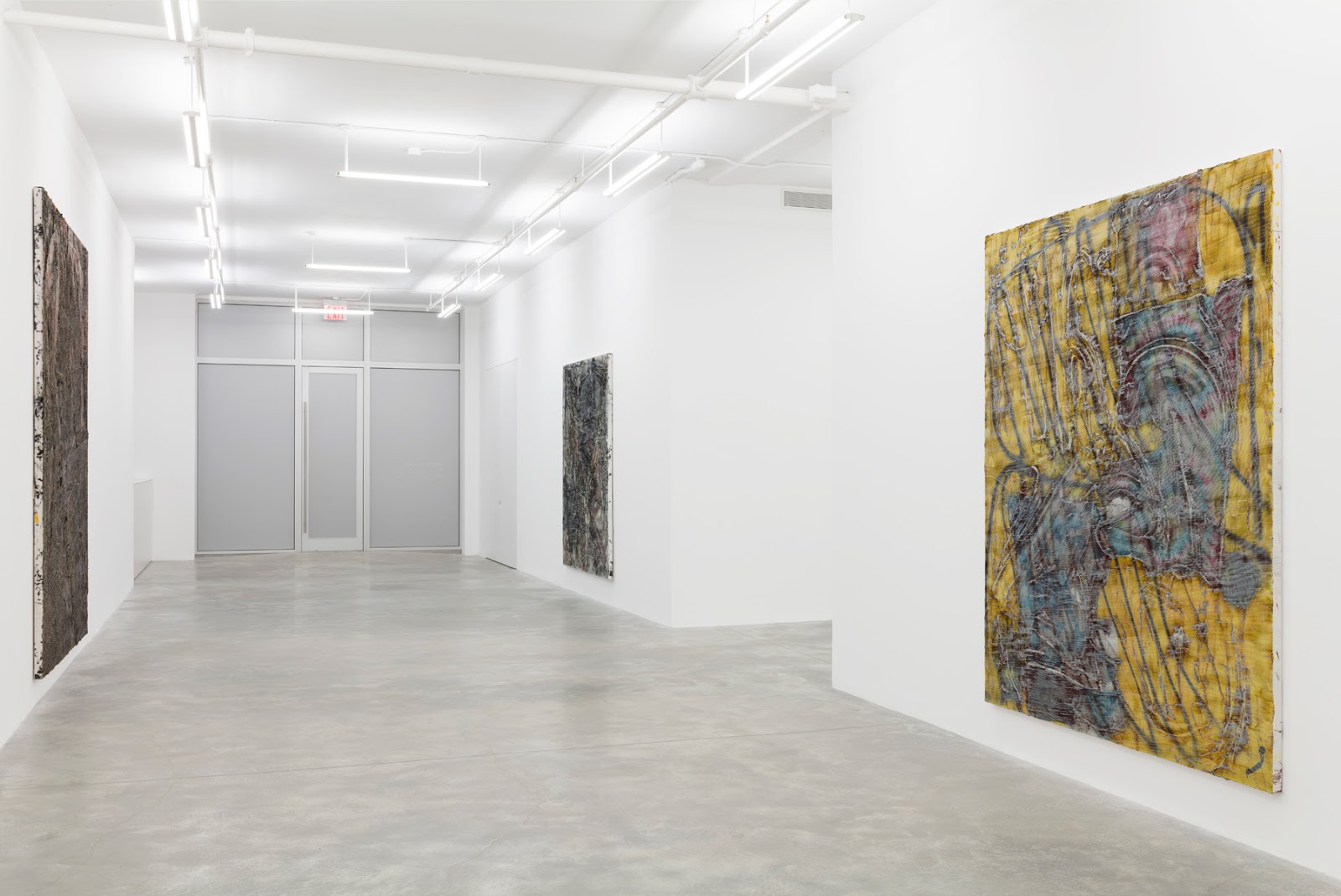 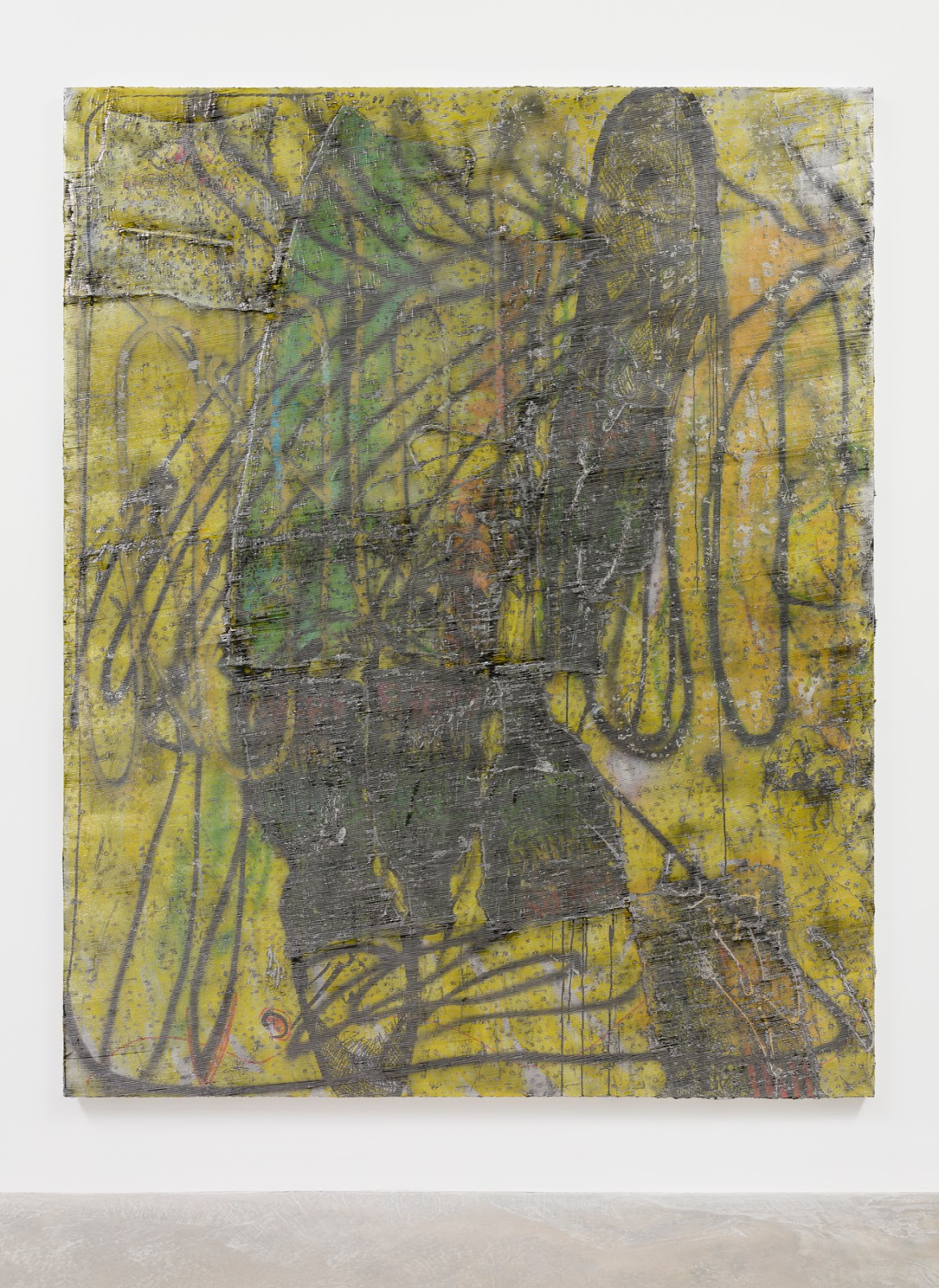 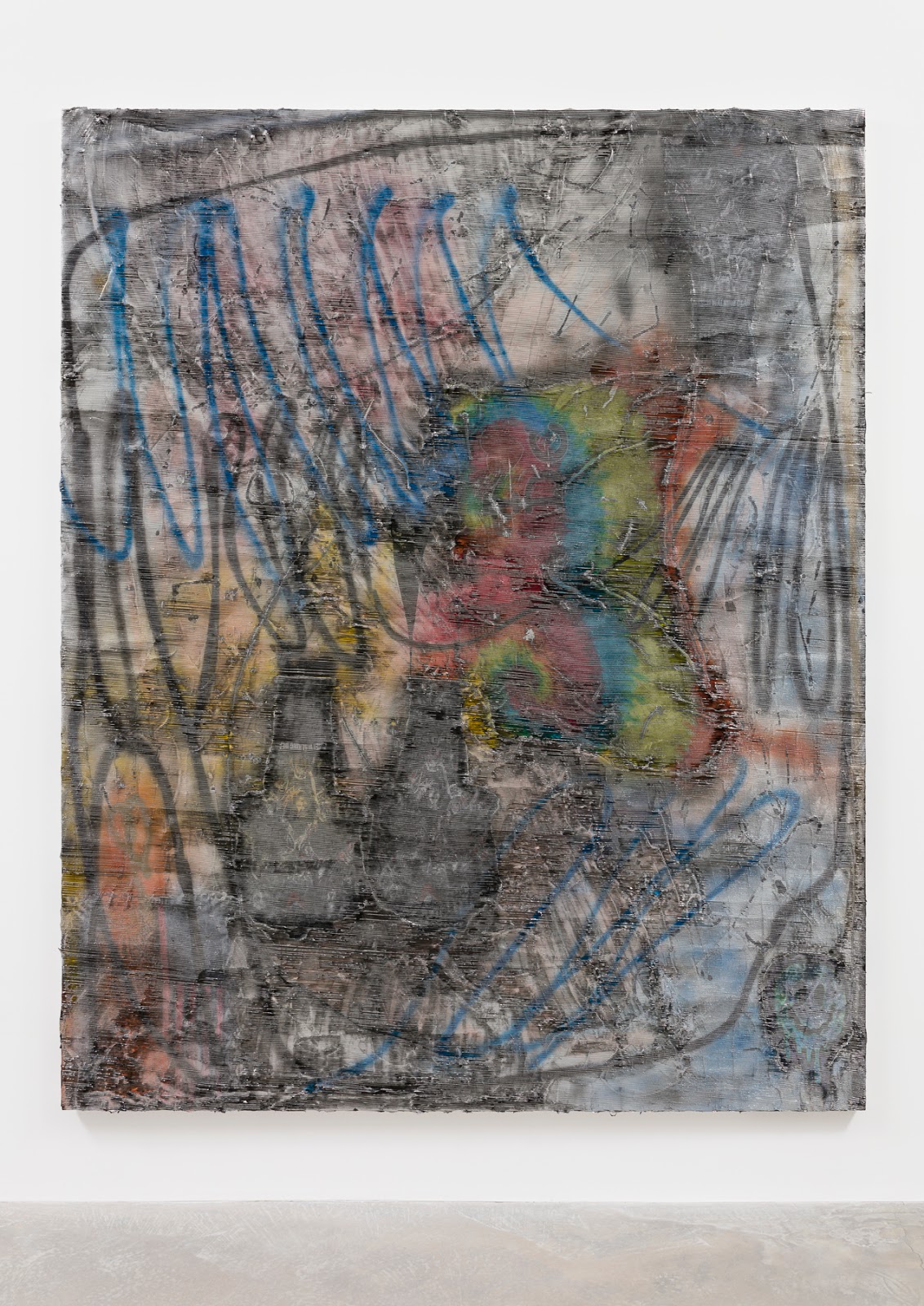 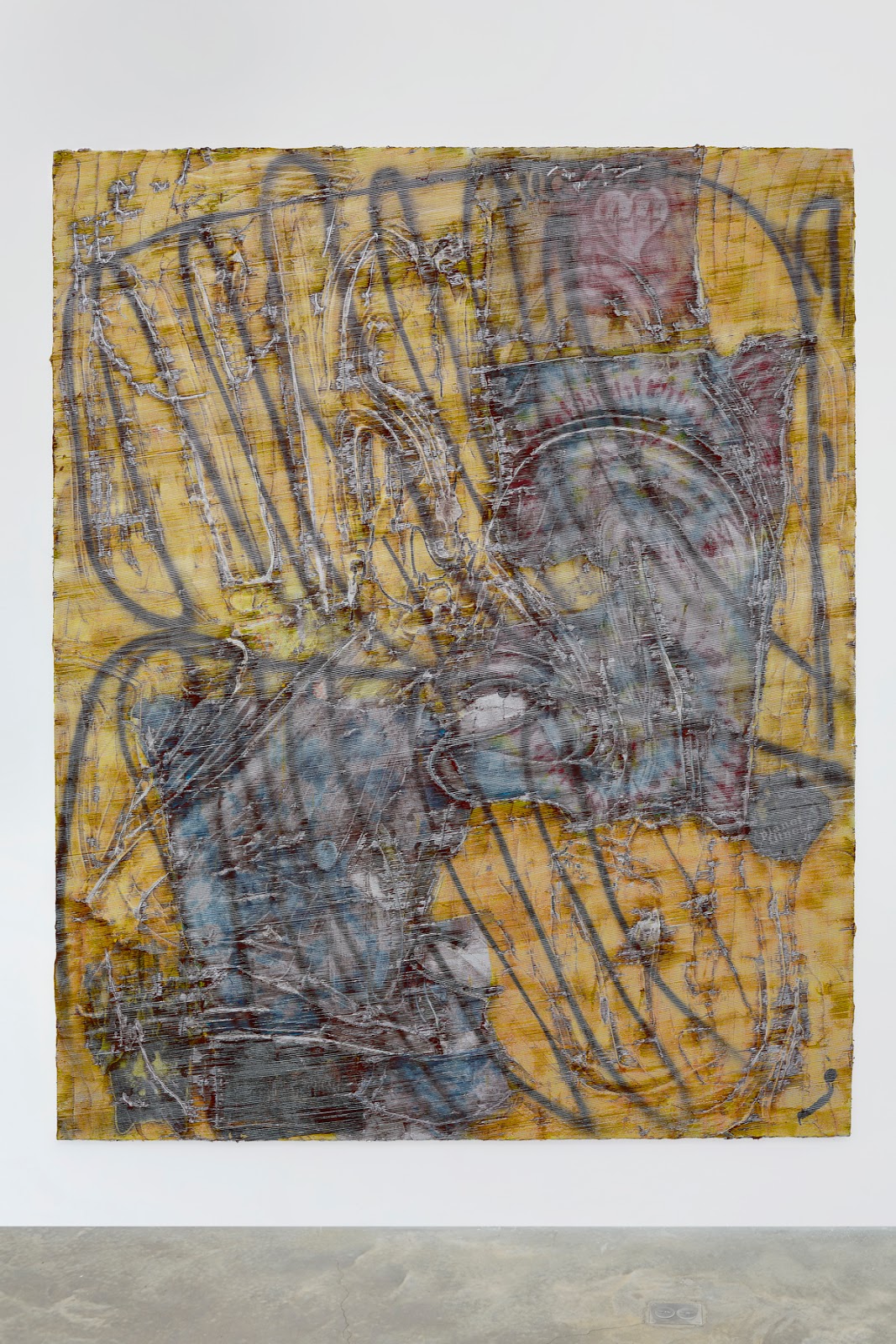 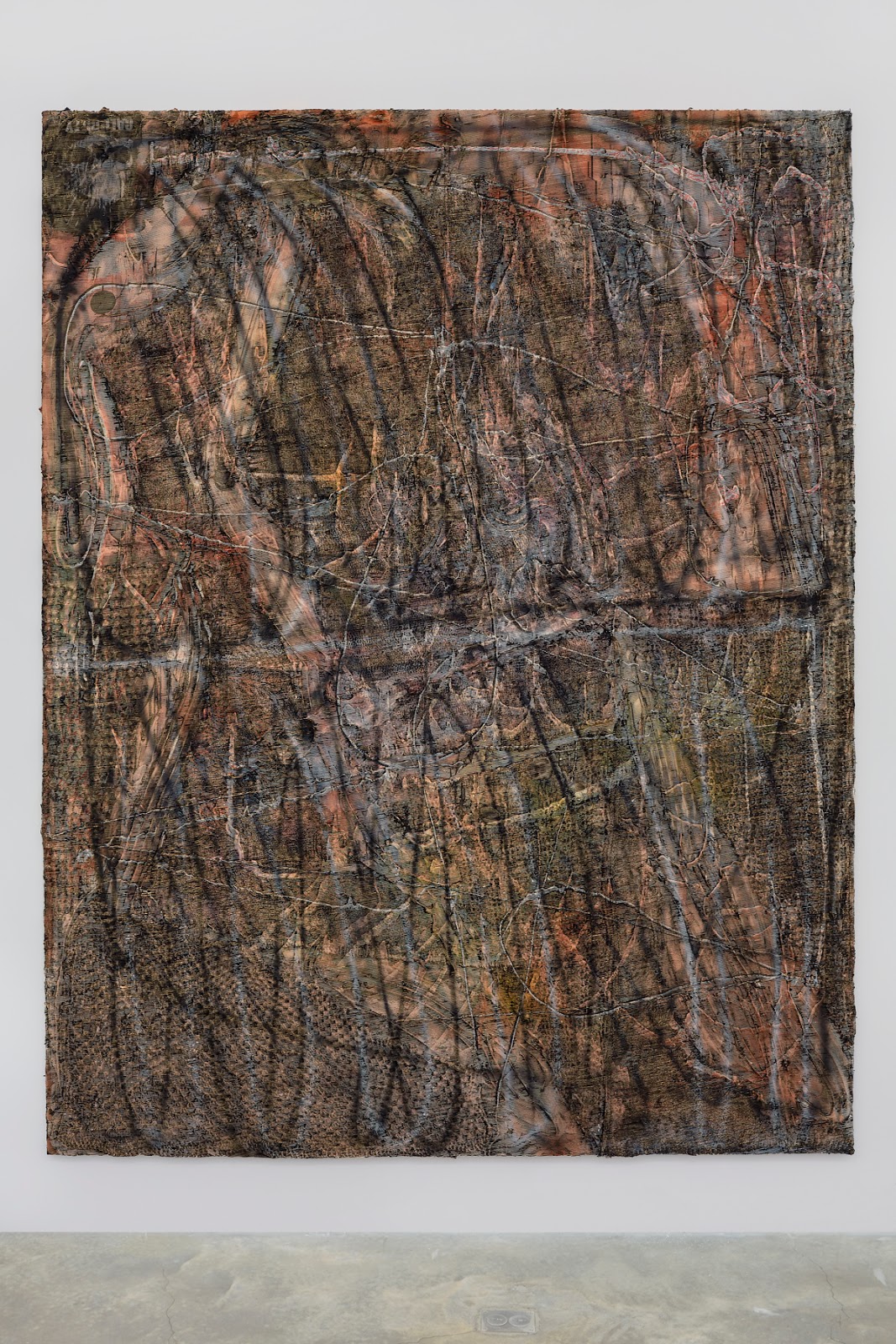 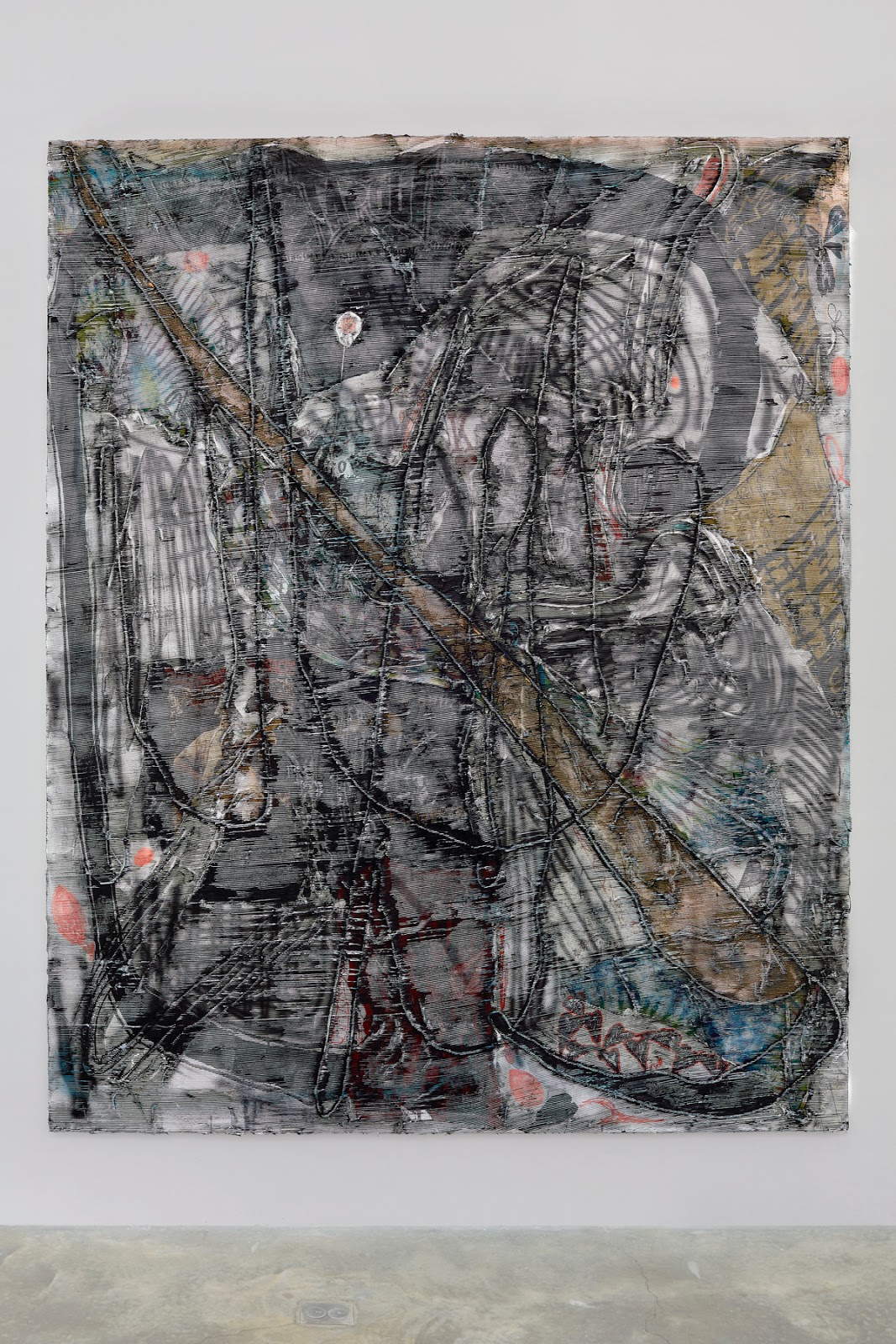 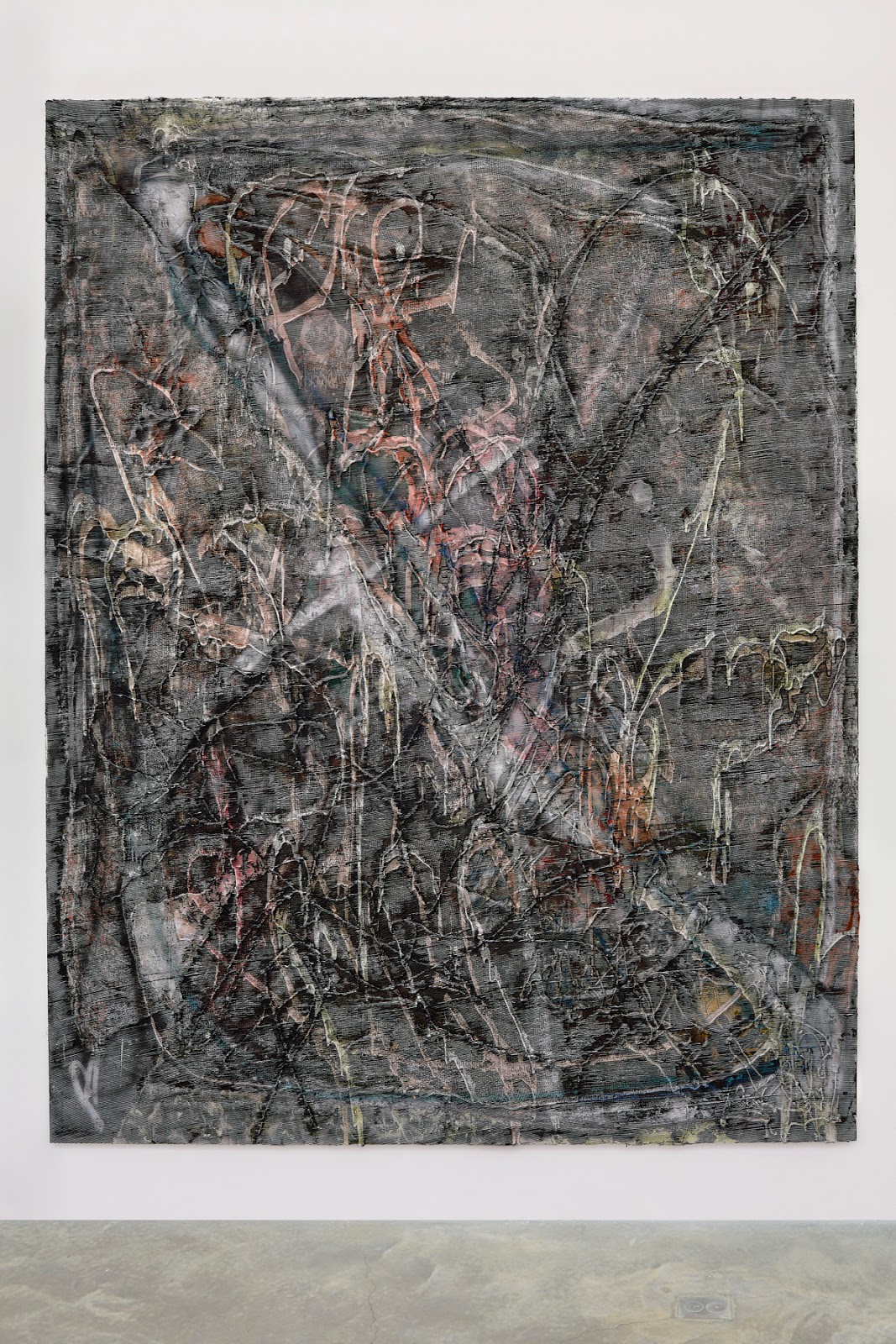 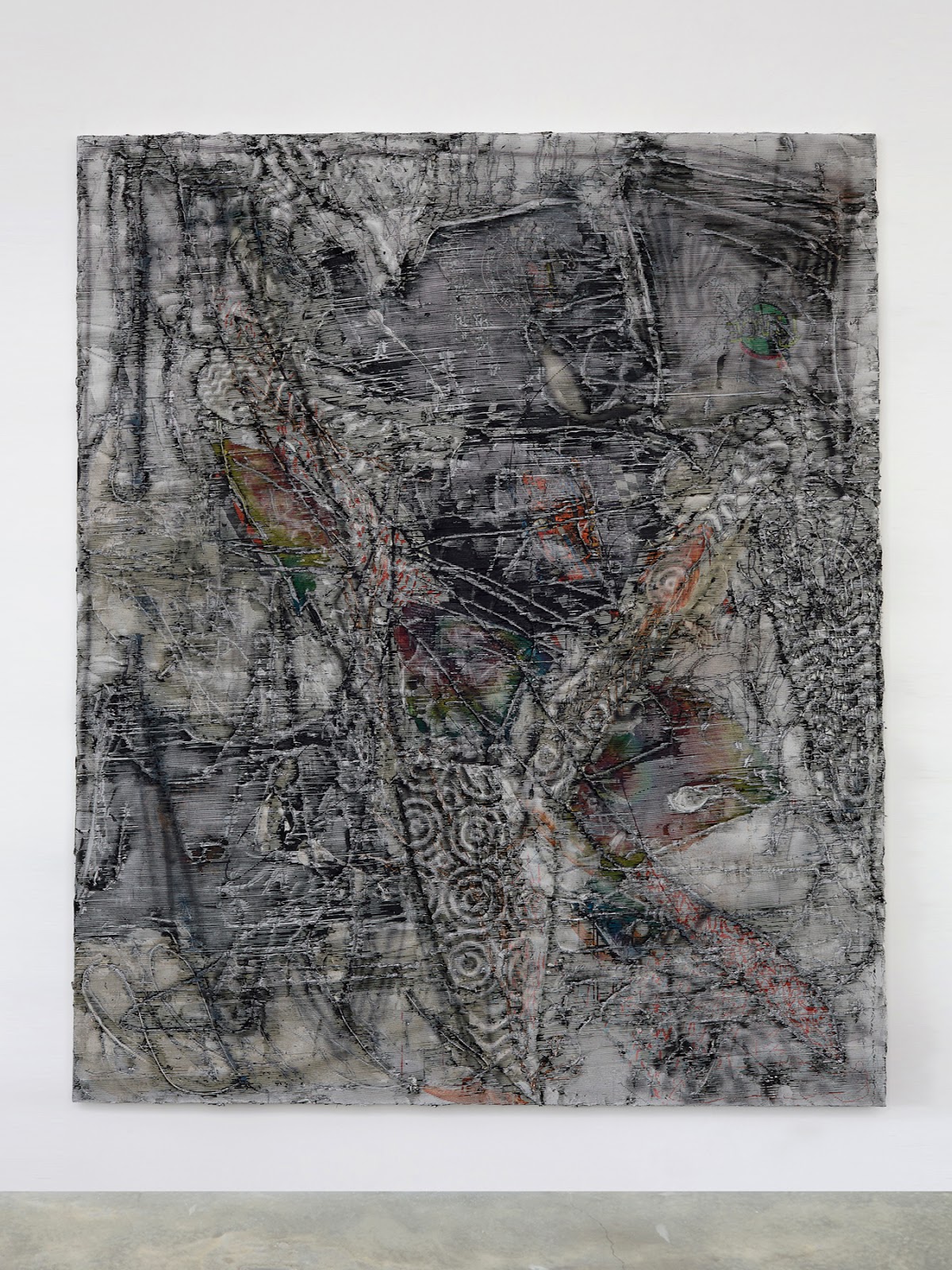 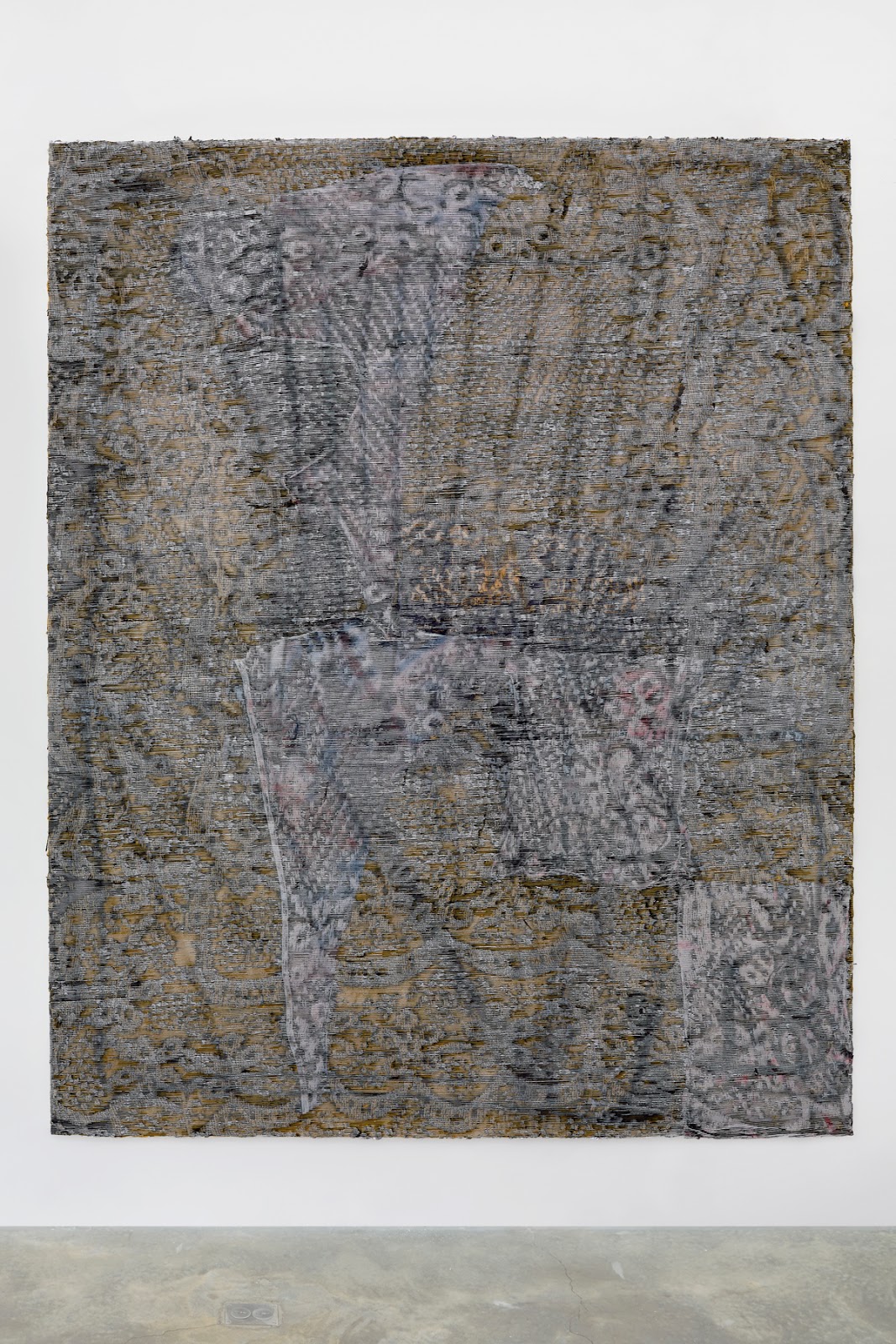 Weiser’s large-scale compositions resume an ongoing concern for spatial abstraction and perspectival deviations. His canvases are meticulously crafted and built through a unique process of taping, spraying, cutting, and scraping. Intricate layers of crisscrossing paint emerge in an evocation akin to neural pathways of the brain. Trapped underneath grated layers of enamel, oil and gold leaf, Weiser’s preliminary gestural markings act as physical traces of memories embedded in a matrix of synaptic connections.
Weiser’s new paintings reveal distinct patterns, idioms, logos, and symbols beneath striations of paint. His turbulent under-paintings are achieved through recent material experimentation. Incorporating elements of collage and repurposing cut sections of t-shirts, Weiser is alluding to the ubiquity and inevitable commodification of subcultural ephemera. In one painting, entitled The Walking Dead (2017) a humorous, yet uncanny smiley face, rendered in a post-apocalyptic neon sludge, flickers underneath a thick network of paint. In other works, swathes of tie-dye form a pseudo-countercultural backdrop for passive or even complacent slogans, such as “every little thing is going to be alright” and “l ? DC”. These disparate segments are hybridized into the canvases and then buried by several layers of oil and spray paint. The underlying elements re-emerge only after multiple coatings and excavations. Through this process, the paintings accumulate densely textured surfaces, further obscuring their legibility. Small ruts, recalling the welded markings of excavation-hole covers, fuse with dyed cotton and intersect with larger, burn-like scars. Grooves rise into peaks where the paint coagulates.
The resulting works function as visual riddles with no single solution. The collaged systems appear as though intertwined — vibrating between foreground and background, unclear as to where one ends and another begins. Each composition remains in a constant state of flux, triggering multistable perceptions. In effect, ambiguous sensory information confounds our cognitive ability to process the divergent visual outputs.