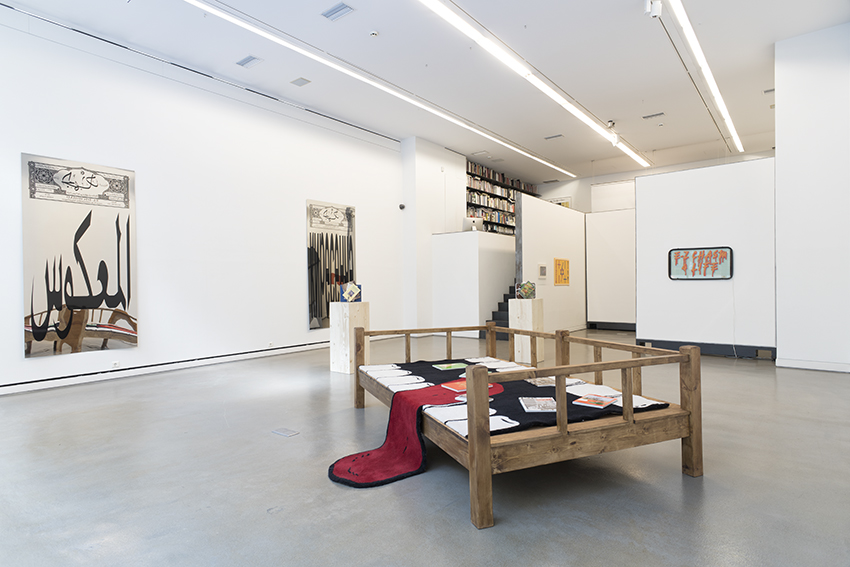 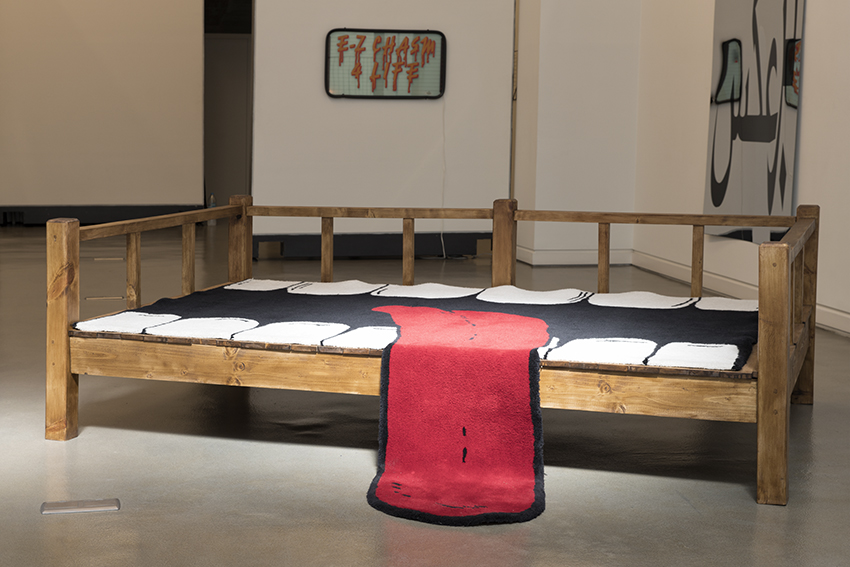 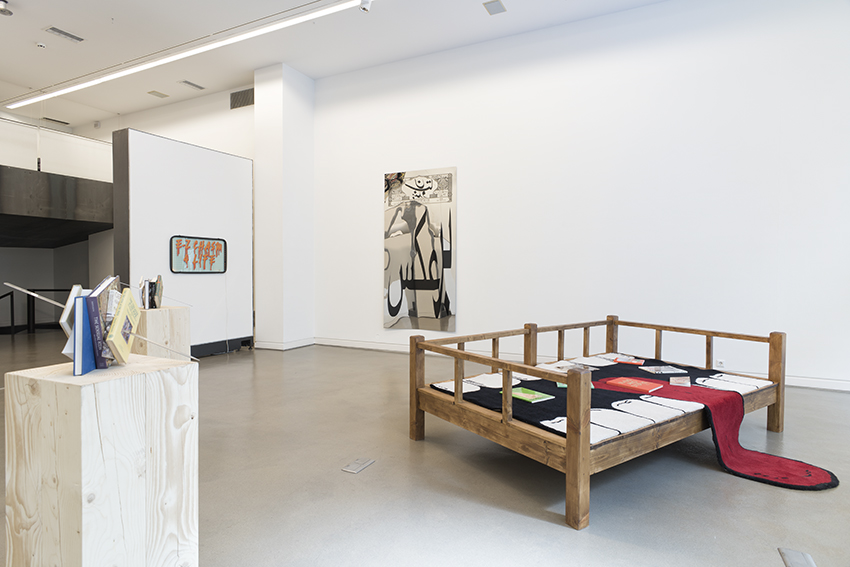 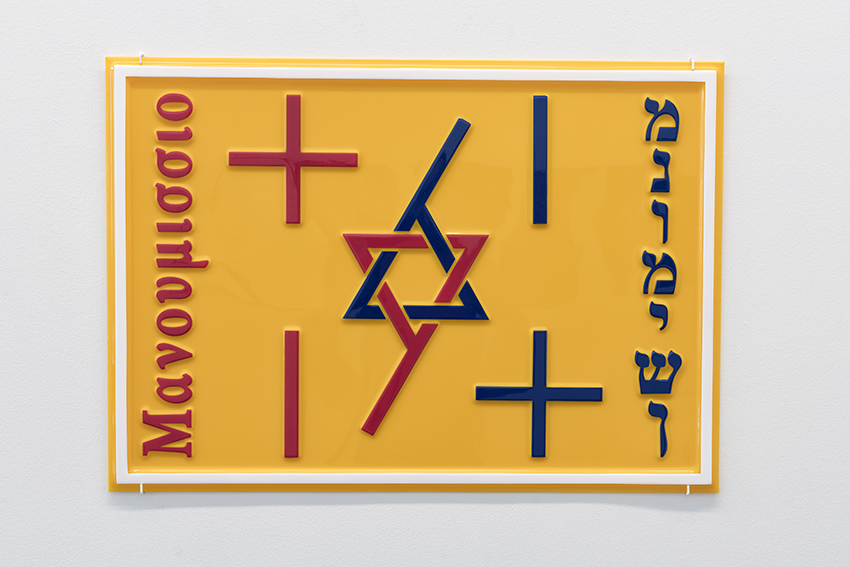 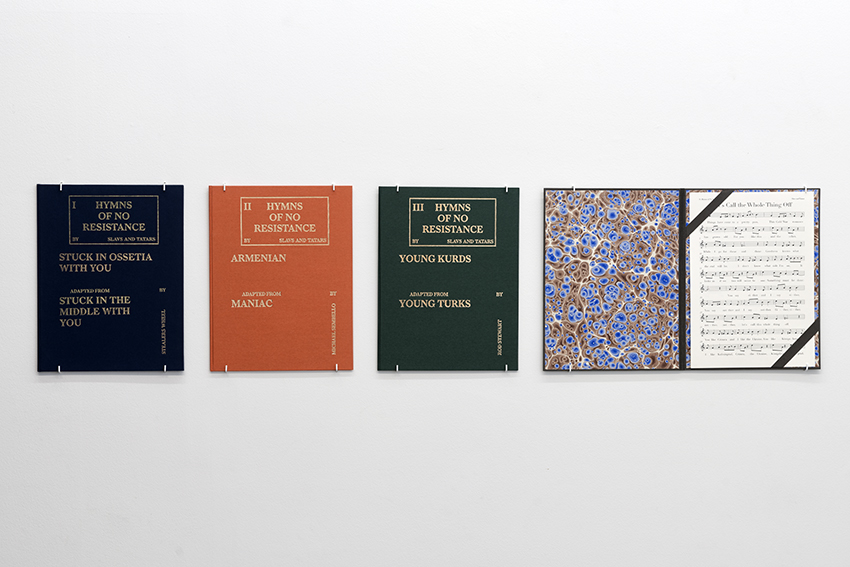 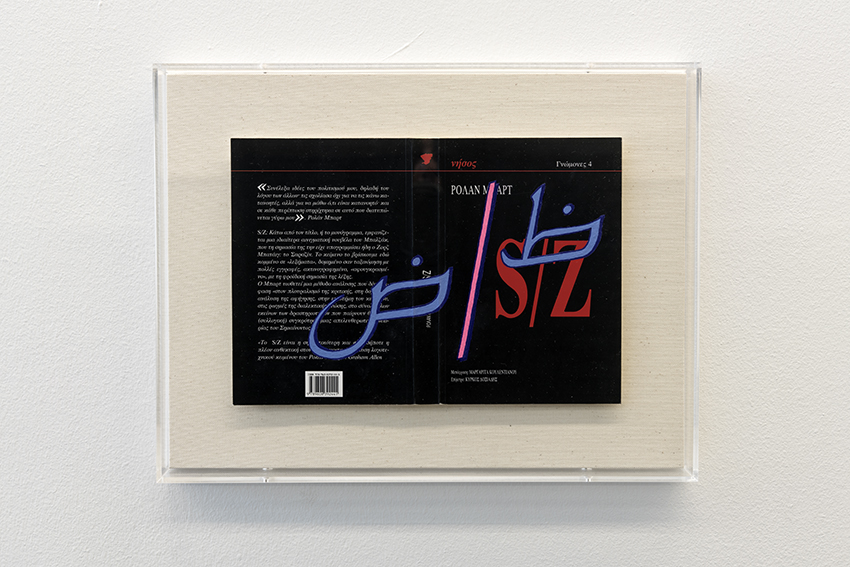 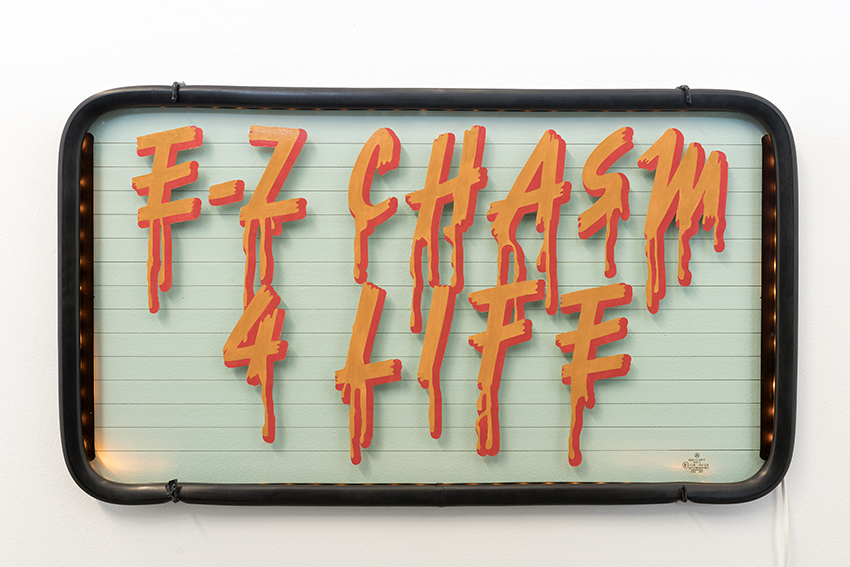 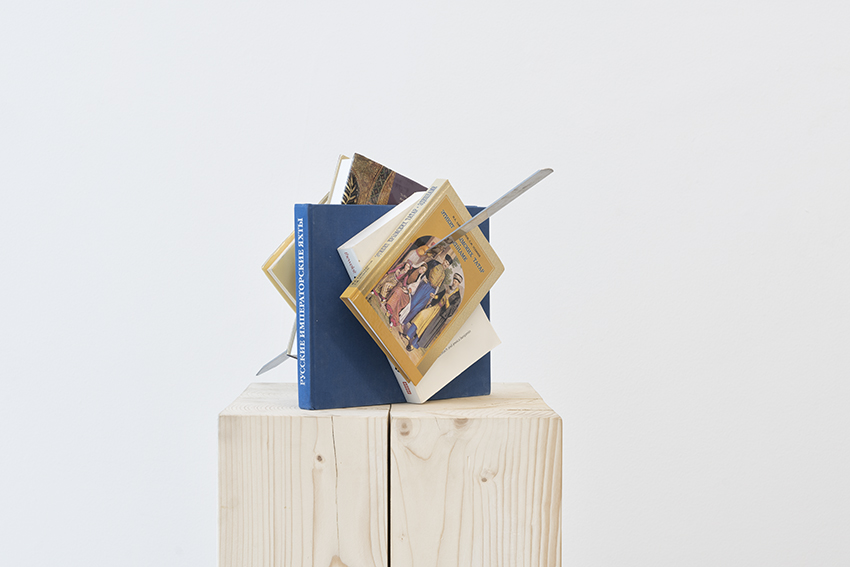 For Slavs and Tatars’ first show at Kalfayan Galleries, the artists explore the intellect of the heart and that of the breath that make up hesychasm, a controversial Orthodox prayer practice. Often considered to be a syncretic ritual with influences of Buddhist mantras or Sufi dhikr, hesychasm allows the artists to excavate the hidden corners of ideologies, the edges of empires that make up their rich practice. At the center of the exhibit is a new work, ‘RiverBed’, a vernacular seating structure found across Central Asia, Iran and the Caucasus. As opposed to a chair, where individual space is delineated, RiverBed redeems the notion of collective seating and the fluidity of activity that accompanies these structures. While reading is at the heart of the artists’ practice, notions of hospitality also allow for reclining, sipping tea or the like. Their new ‘Kitab Kebabs’ series highlights the non-rational, non-cerebral approach to knowledge: via the unlikely skewering of books.

The instrumentalisation of faith, be it Christian, Jewish, or Muslim, has a long and checkered story, one that continues to impact our world today. For the Reverse Dschihad series, a body of works first exhibited for the artists’ nomination to the prestigious Preis der Nationalgalerie at Hamburger Bahnhof, the artists explore one such episode via the particular story of German orientalism and philology.

On the 8th of November 1898, Kaiser Wilhelm II raised a toast to the Ottoman Sultan during a visit to Damascus and pledged the friendship of Germany to 300 million Muslims. This was the opening salvo to a multi-pronged strategy to “set the East aflame,” in the years preceding the first World War. When Sultan Mehmed Reshad V declared jihad on 11 November 1914, it was entirely partial: against enemy infidels (France, England, Russia) but on the side of other infidels (Germany, Austro-Hungarian Empire). The publication of a propaganda newspaper called El Dschihad in Urdu, Russian, Arabic, Tatar, and Georgian was perhaps the most curious piece of this puzzle. Born of Germany’s late arrival to colonialism, El Dschihad intended to stoke anti-imperial sentiment in territories belonging to the Entente Powers. The paper was aimed at Muslim POWs held at a camp in Wünsdorf, outside Berlin, called Half-Crescent (Halbmondlager) who would, ostensibly, return to the front on the side of the Central Powers or to their homelands in an effort to spread their new liberationist message. At the show camp, prisoners were treated with particular luxuries–including recreational games, halal meat, and a custom-built mosque, the first of its kind on German land.