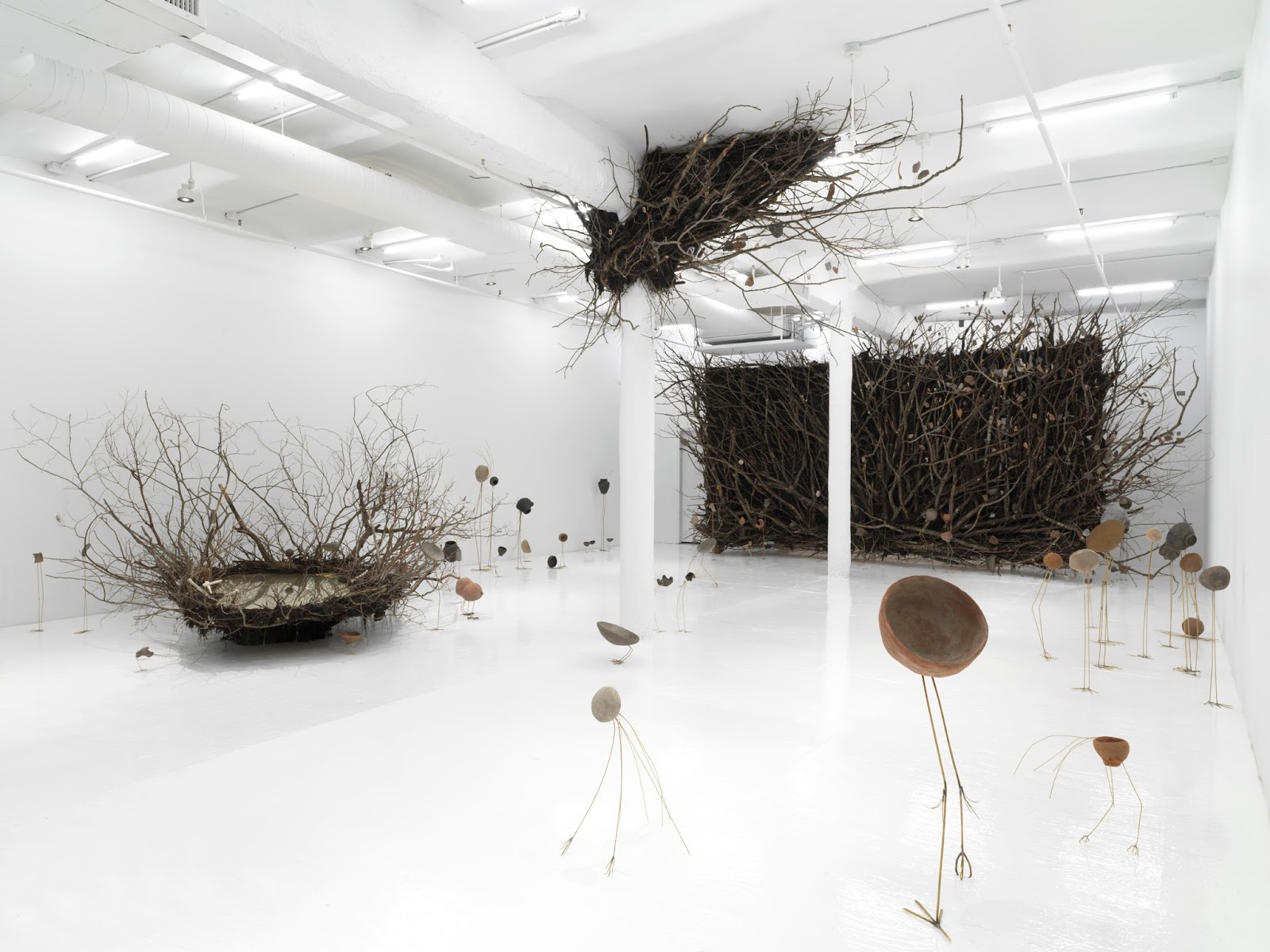 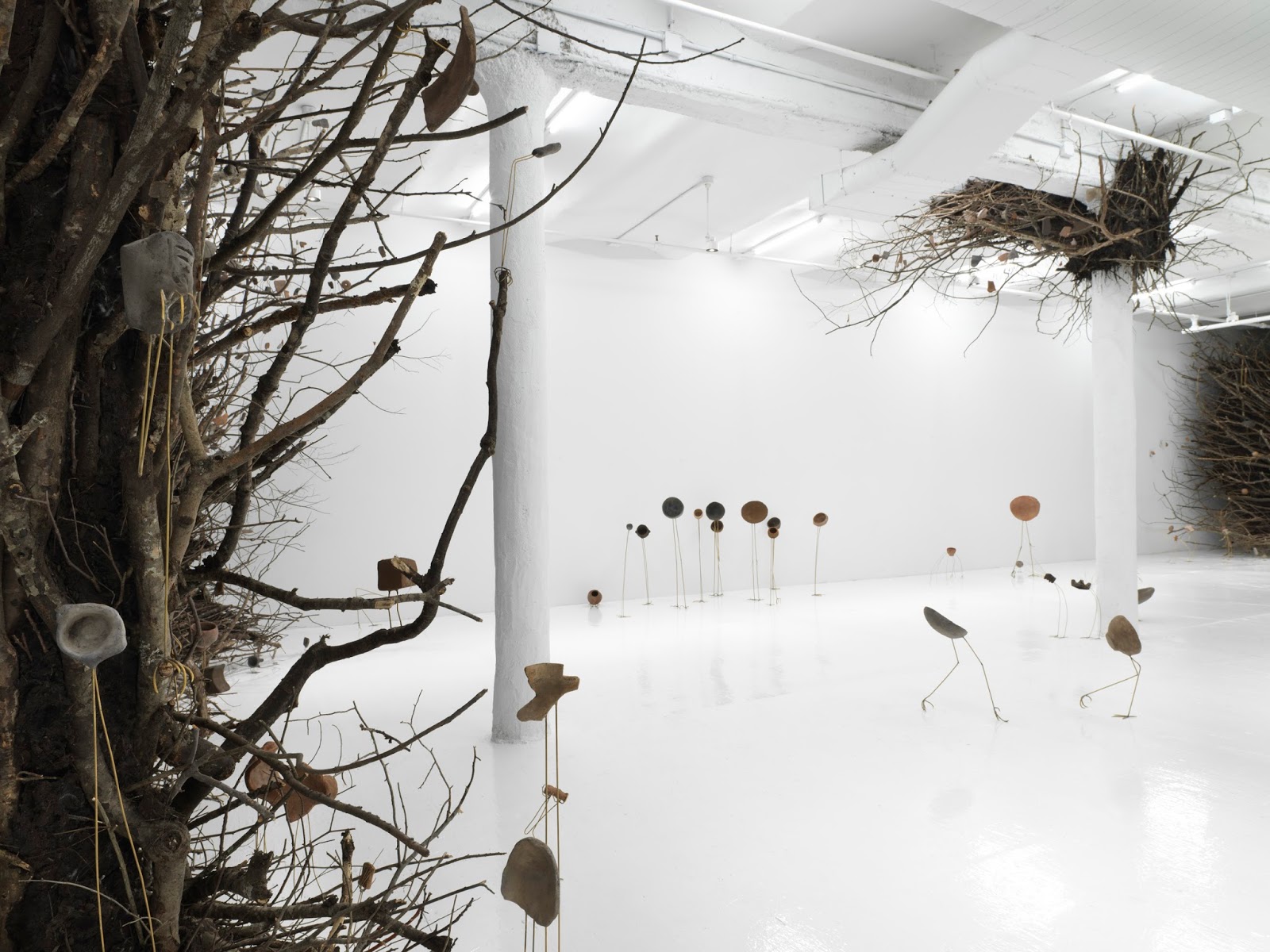 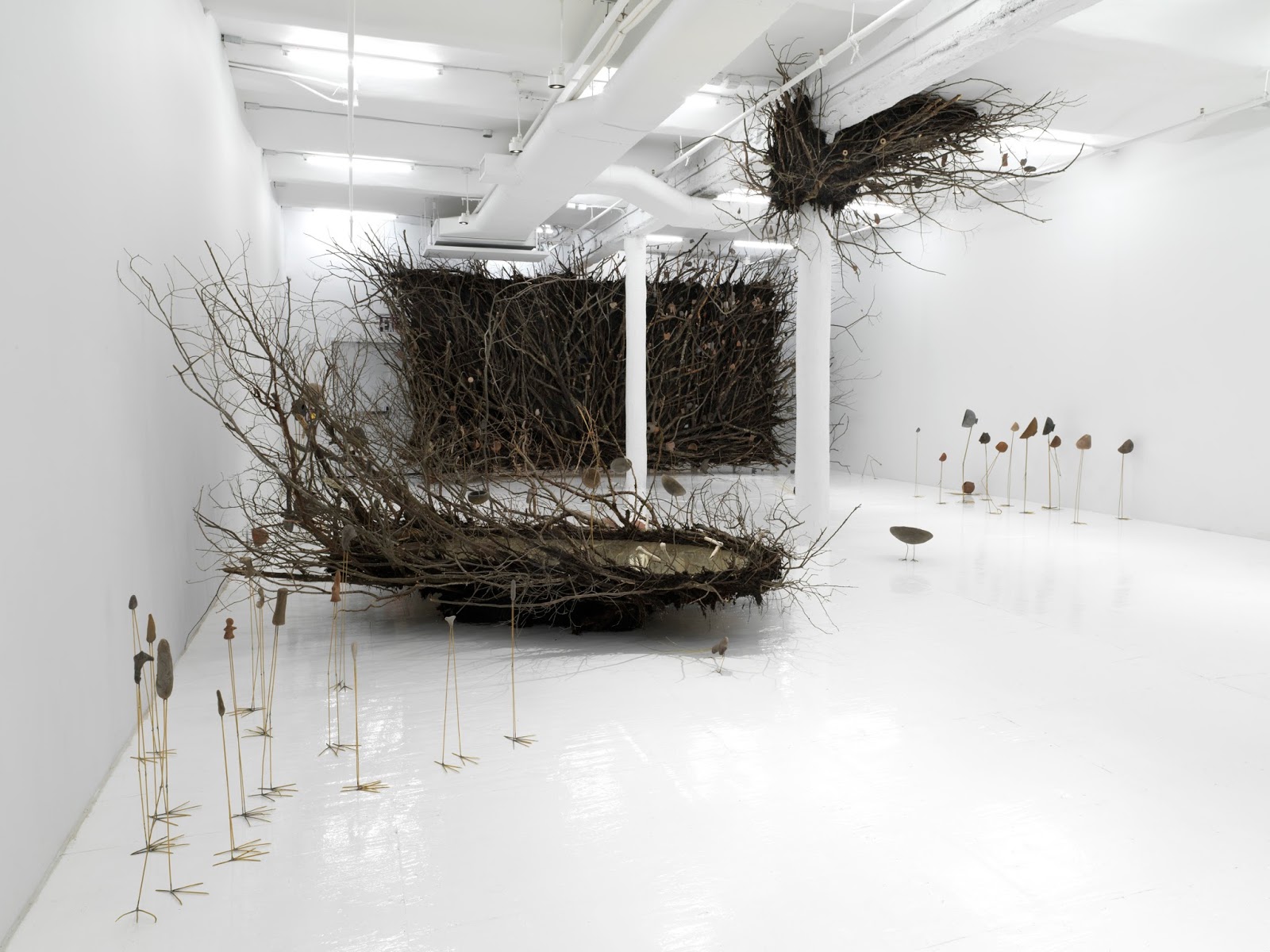 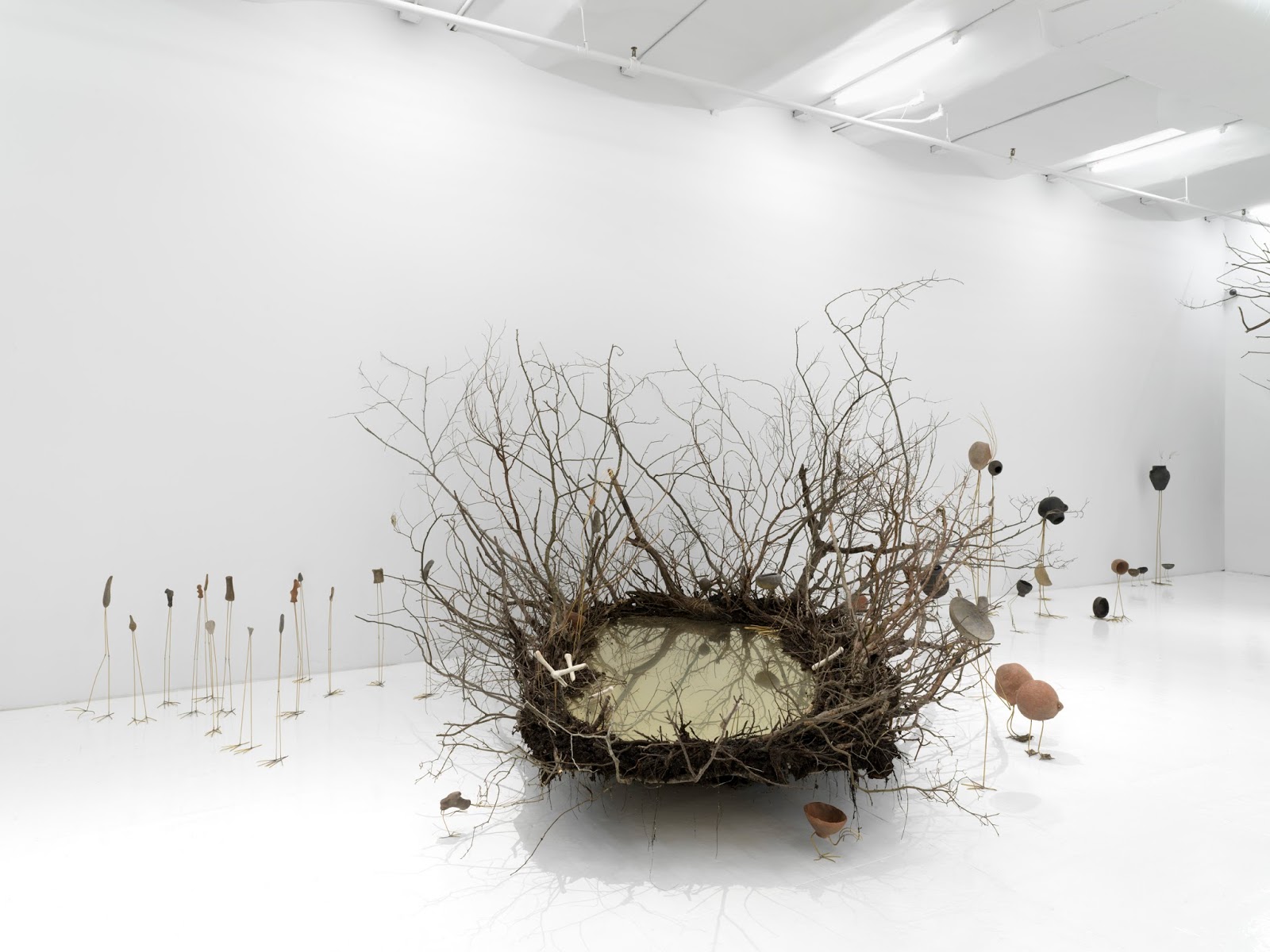 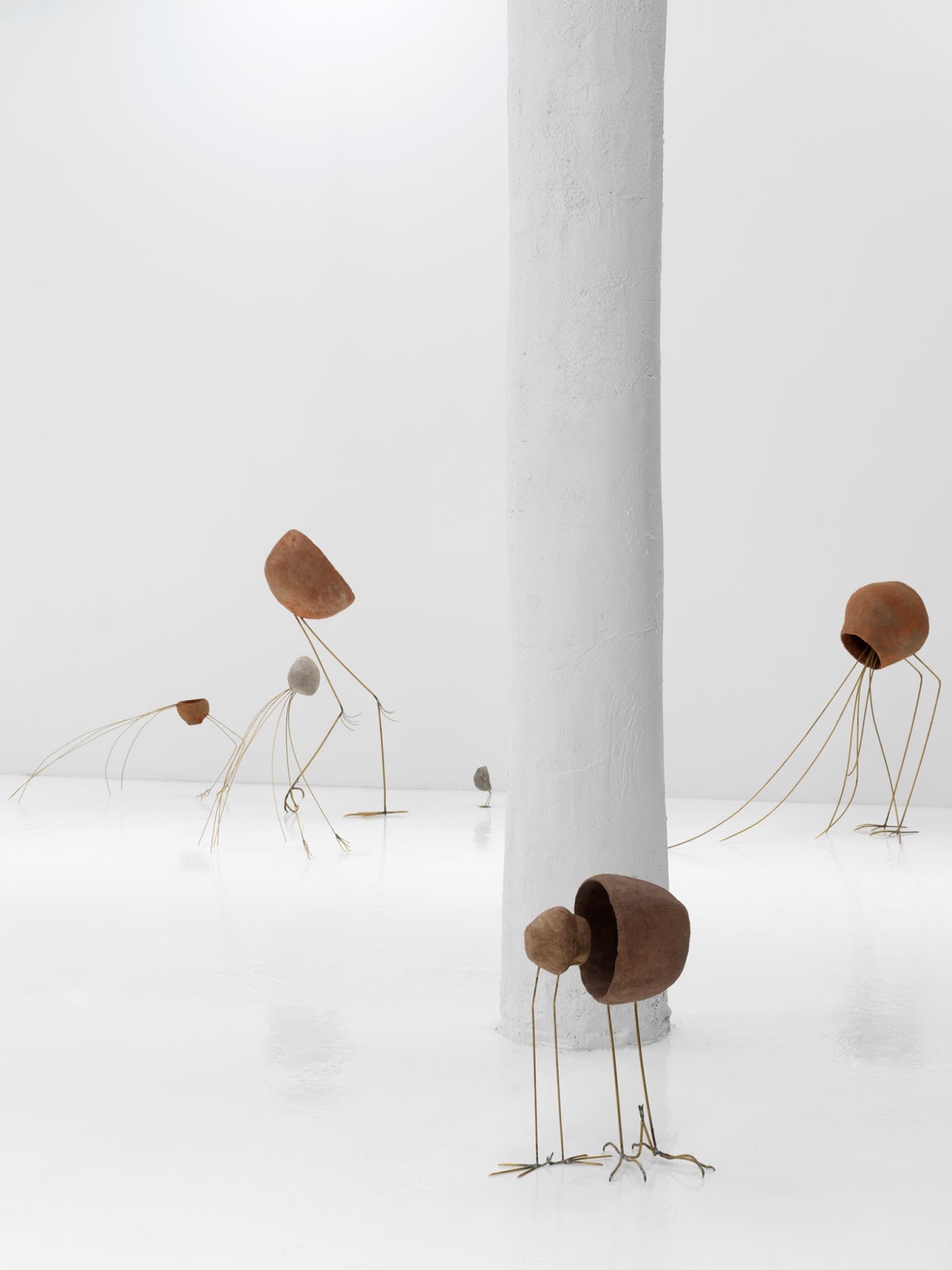 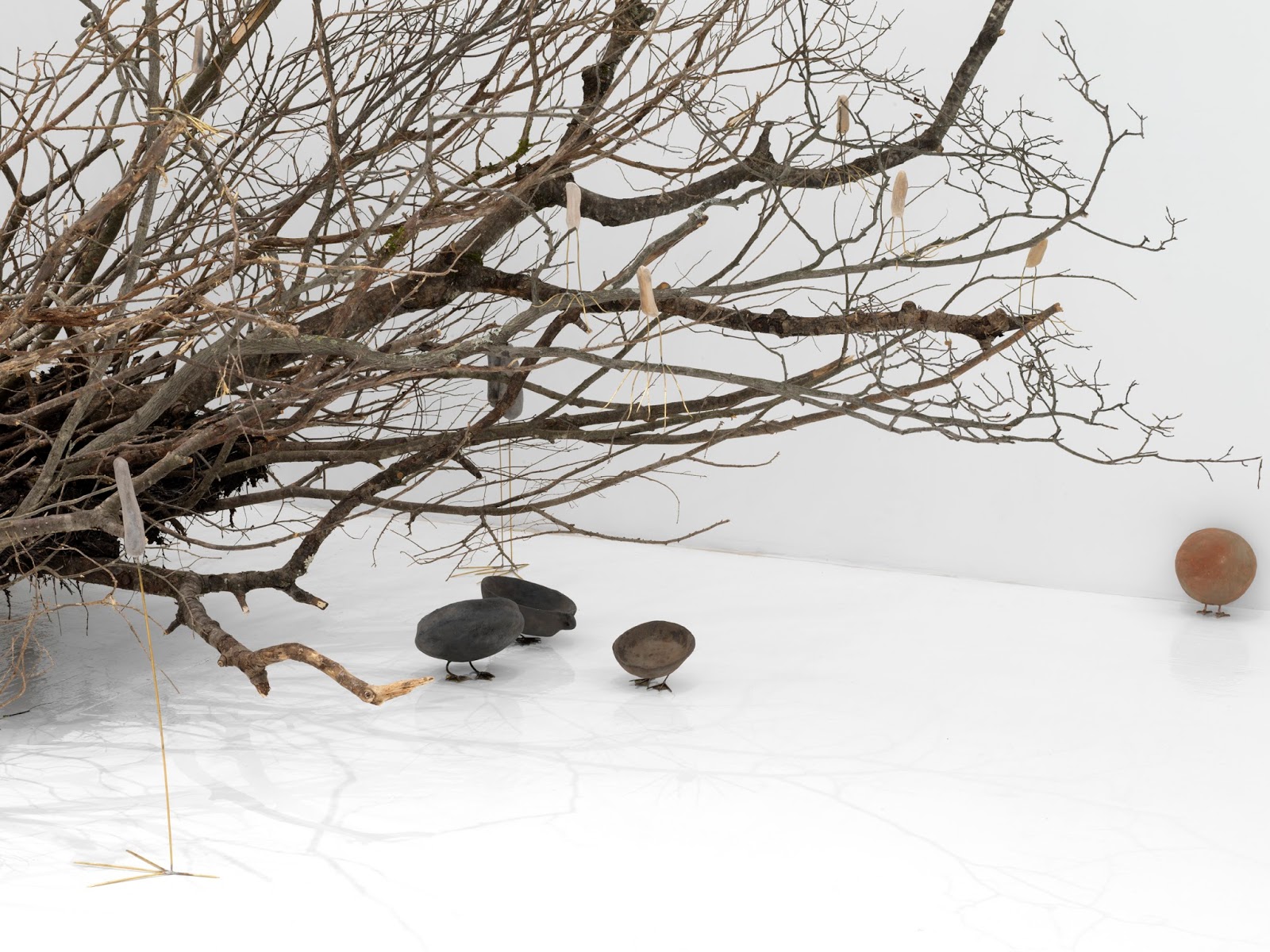 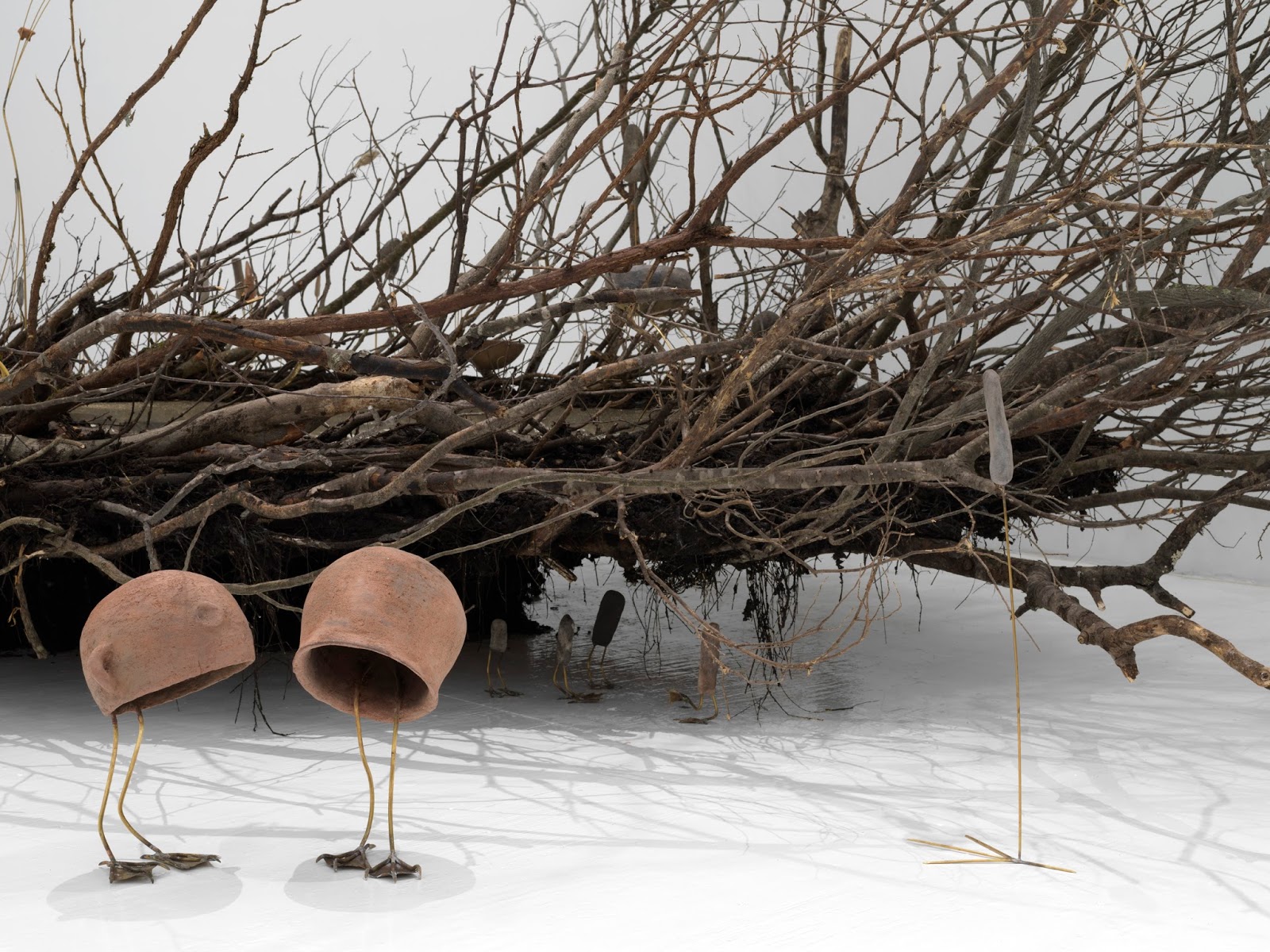 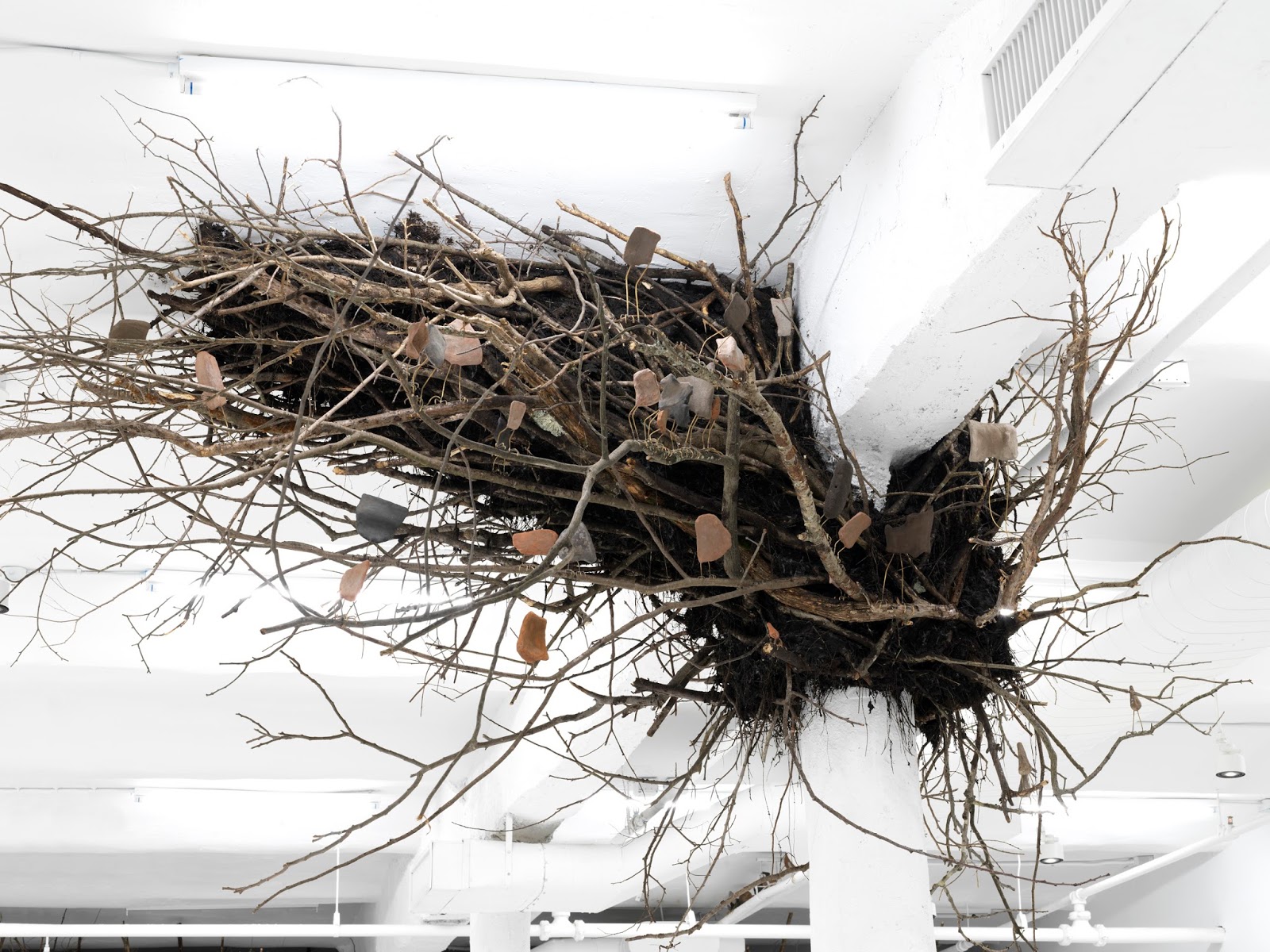 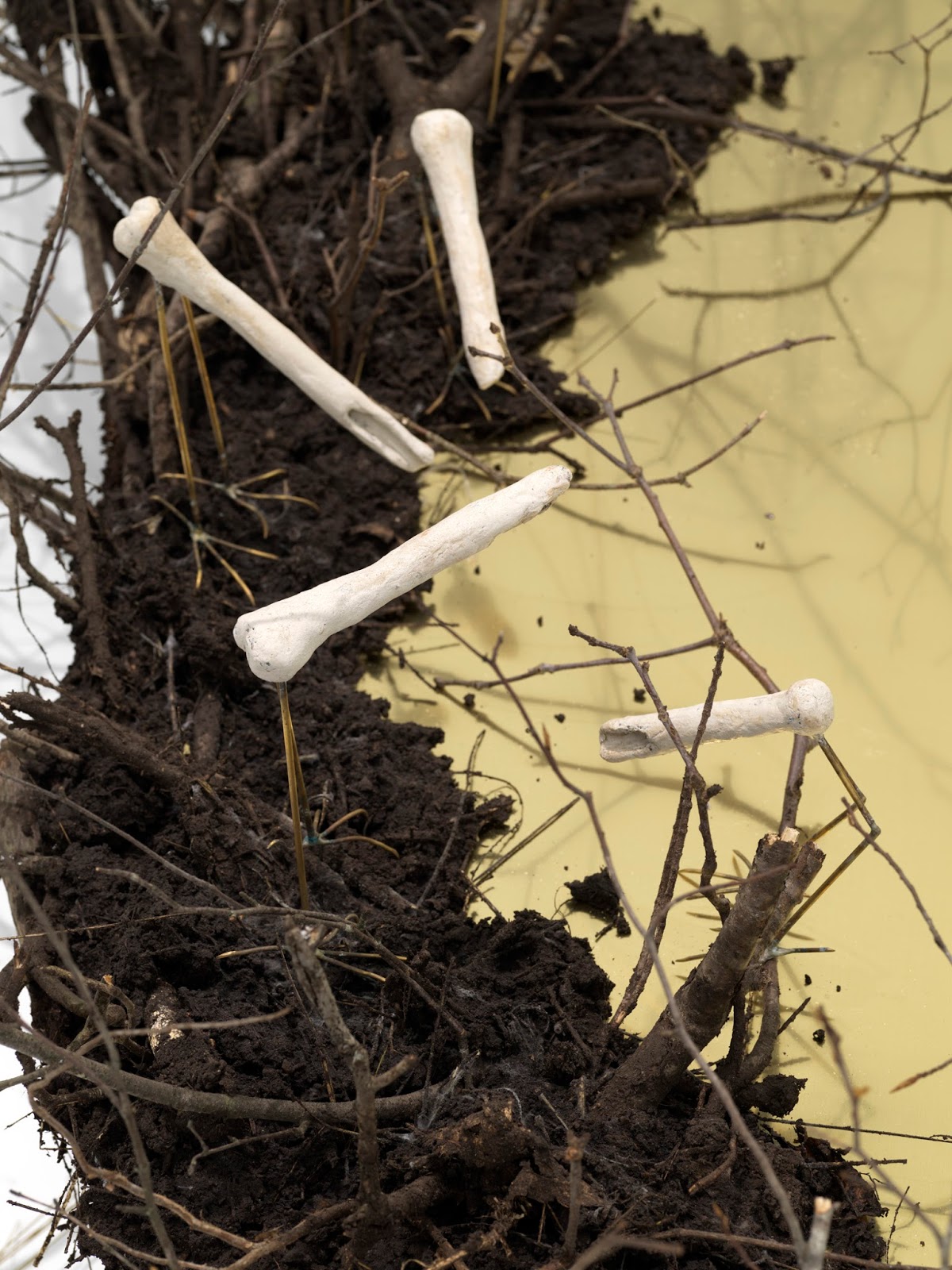 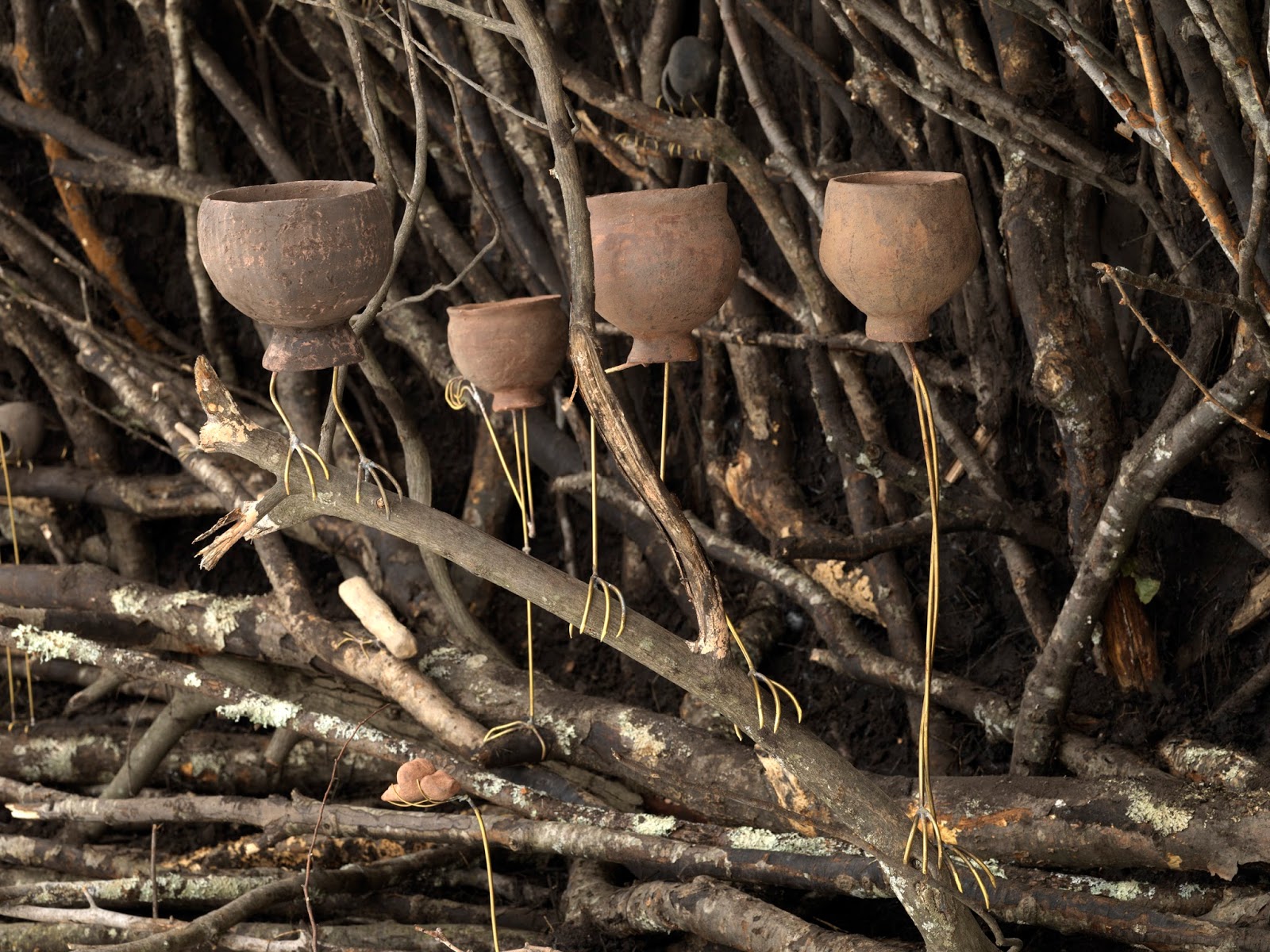 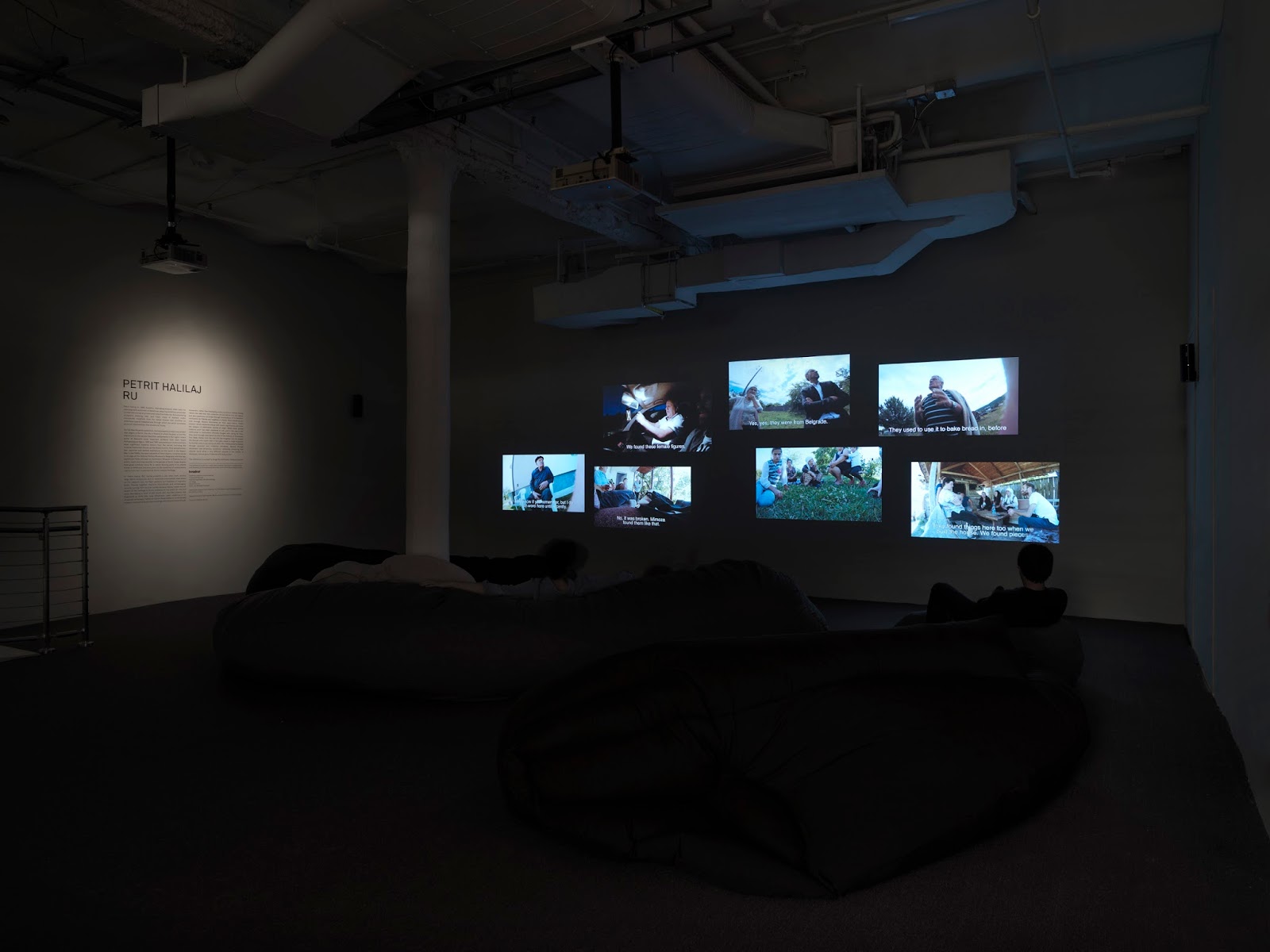 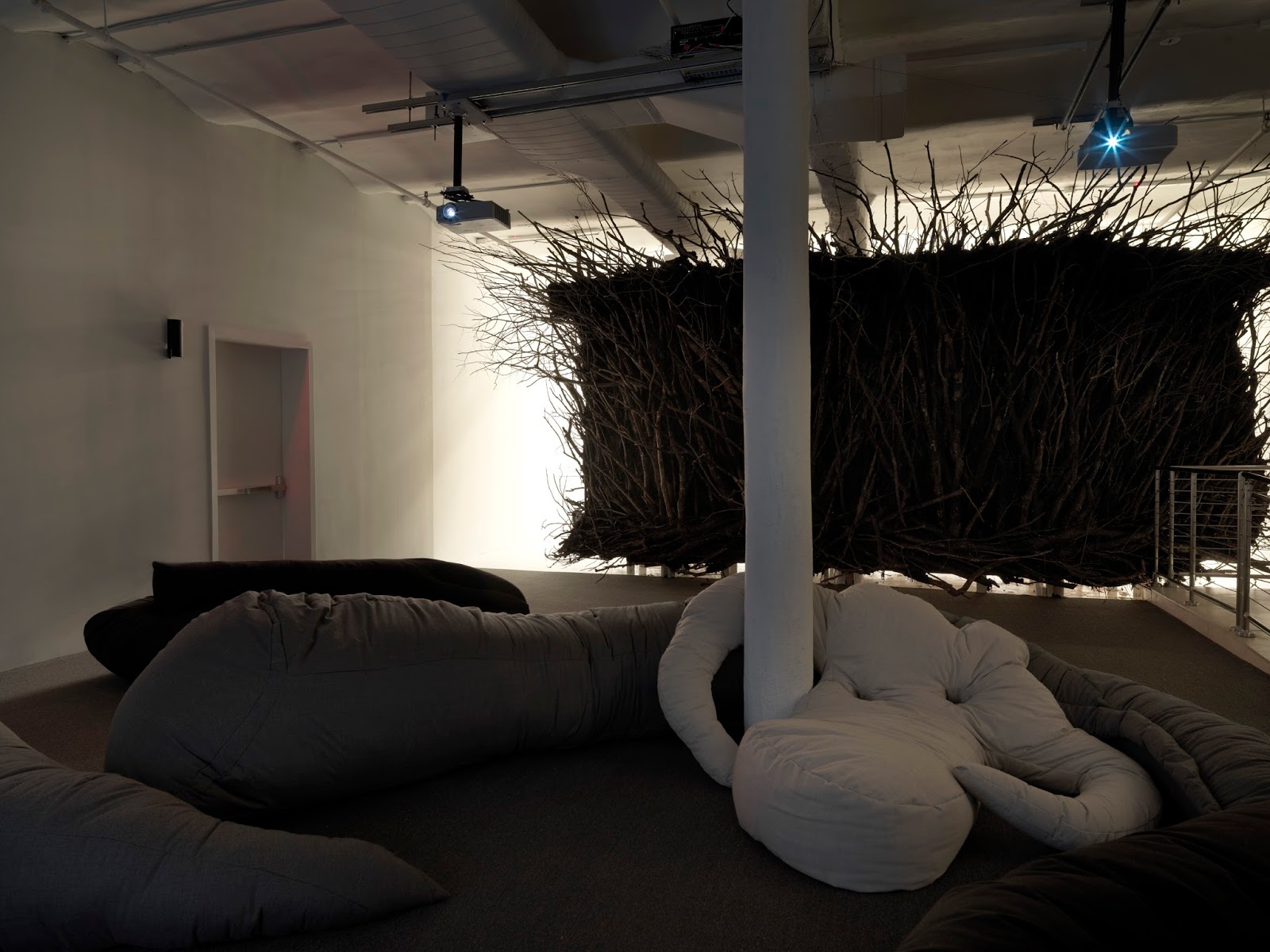 Petrit Halilaj (b. 1986, Kostërrc, Skenderaj-Kosovo) often uses his own biography as a point of departure, adopting exhibition processes to alter the course of private and collective histories. Encompassing sculpture, drawing, text, and video, many of Halilaj’s works incorporate materials from his native Kosovo and manifest as ambitious spatial installations through which the artist translates personal relationships into sculptural forms.

For his New Museum exhibition, Halilaj presents a major new project that begins in Runik, the city in Kosovo in which he grew up and the site of one of the earliest Neolithic settlements in the region, where some of Kosovo’s most important artifacts have been found. Archaeological digs in 1968 and 1983 uncovered part of the country’s most significant material history from the period, including the musical instrument known as the Runik Ocarina. Now spread across two countries and several institutions as the result of the Kosovo War in the 1990s, the most valuable of these objects currently reside in storage at the Natural History Museum in Belgrade, with the less significant finds still kept at the Kosovo Museum in Pristina. Out of public reach and inaccessible to the people of Runik, these objects hold great symbolic value for a nation missing parts of its shared frame of reference, but also point to the condition of contradictory claims from two countries that share material heritage.

In “Petrit Halilaj: RU,” Halilaj presents a new video work, several large fabric sculptures, and an extensive environment that draws on his research into the flight patterns and habitats of migratory birds. Piecing together multiple institutional and archeological records coming from sources across borders, Halilaj makes the full extent of the findings in Runik available to the public for the first time. Recreating a total of 505 found and recorded objects and fragments as birds who have temporarily taken residence in an imagined landscape, Halilaj envisions these artifacts on temporary stopover, momentarily reunited as beings who live and thrive through movement, rather than belonging to any one site or context. Halilaj rebuts the idea that this collection should define only one nation, and also questions its scope through recollections of its Neolithic civilization by friends and neighbors in Runik. Such narratives are told through objects discovered on their land—horns, heads, torsos—which residents imbue with mystic significance and make the subject of alternative stories of origin. While these stories’ material proof has been displaced or lost, and to this day is still mistrusted to institutions officially charged with caring for them, they exist through description by and in the memory of individuals. This leads Halilaj from the real into the imagined, and he merges the factual with myths that in turn give shape to large sculptural forms that visitors can recline on. With “RU,” Halilaj presents history through personal and collective narratives, defined through movement and temporary residence—ultimately proposing how objects could serve a very different purpose in the context of museums, and as part of histories still being written.

This exhibition is curated by Helga Christoffersen, Assistant Curator.