Every Line Tells Its Own Story at Nathalie Halgand / Vienna 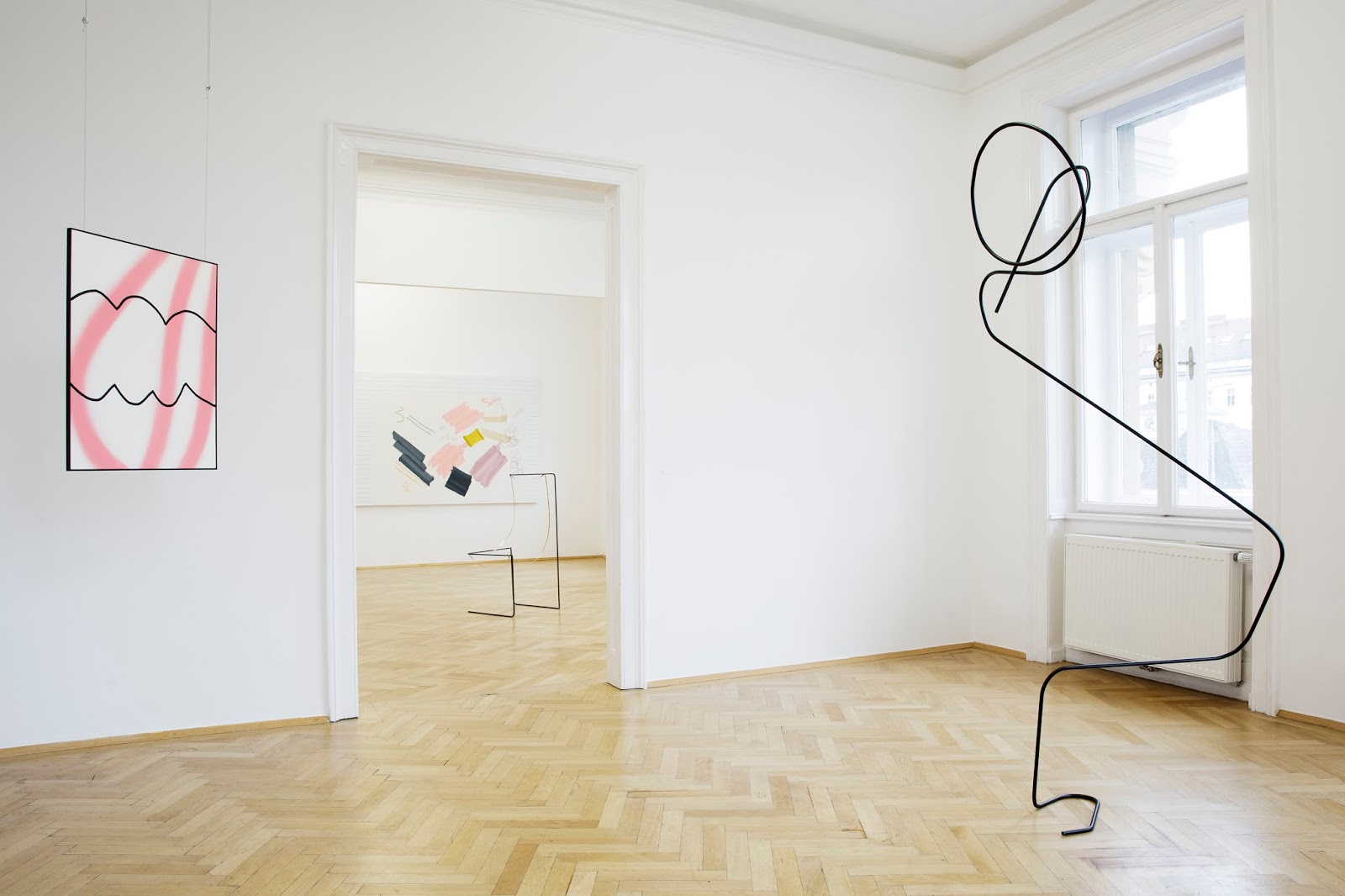 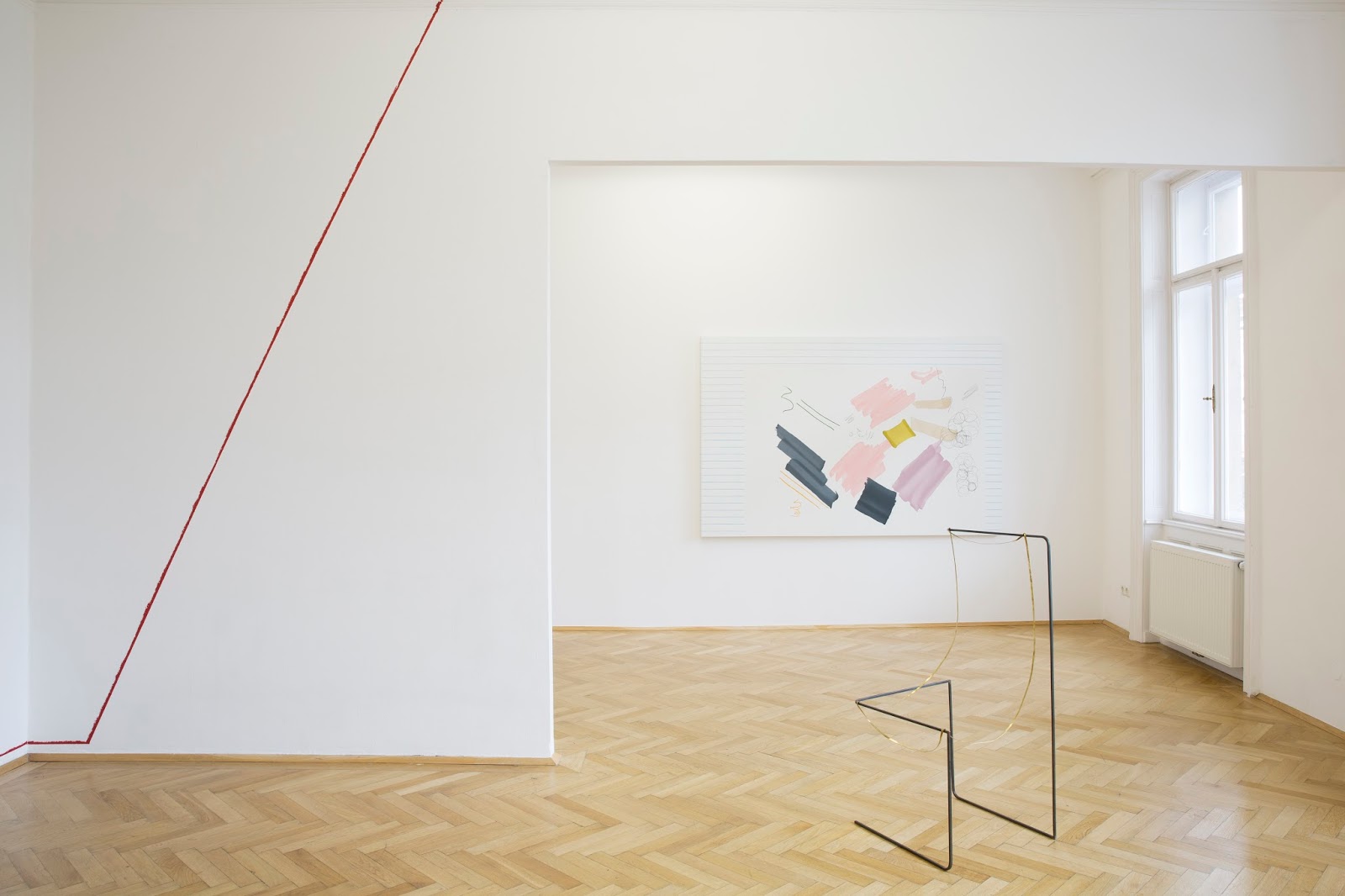 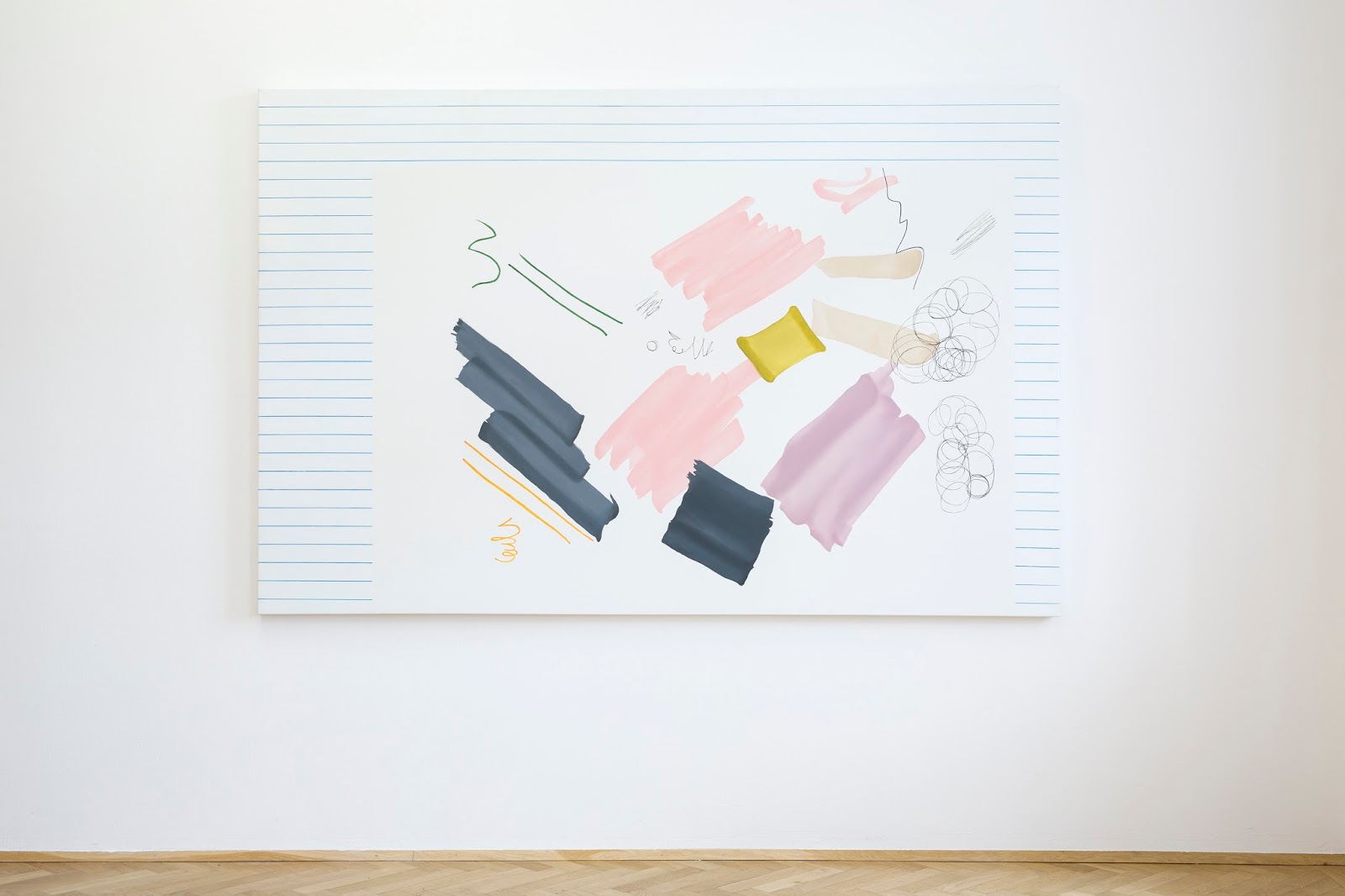 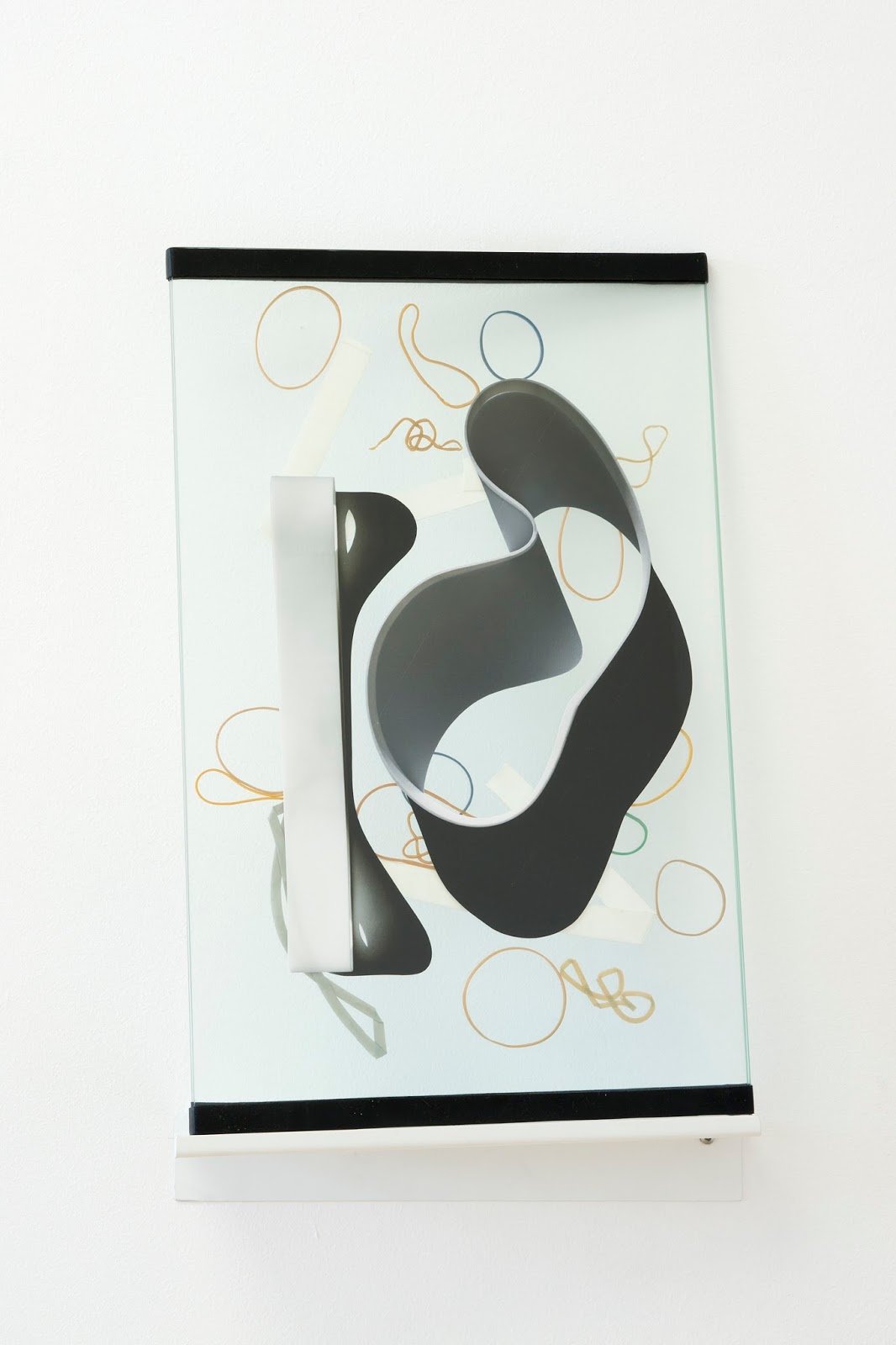 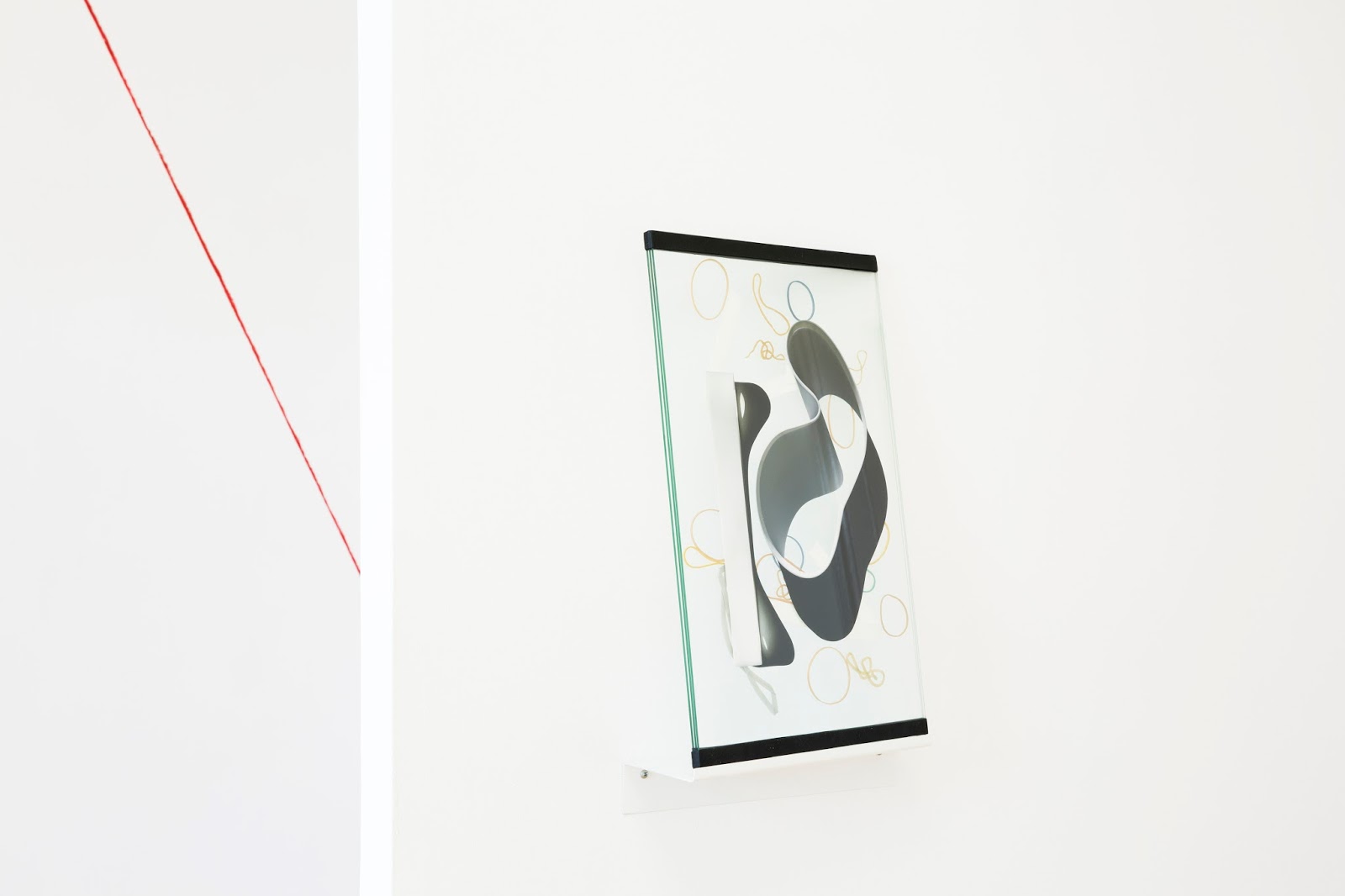 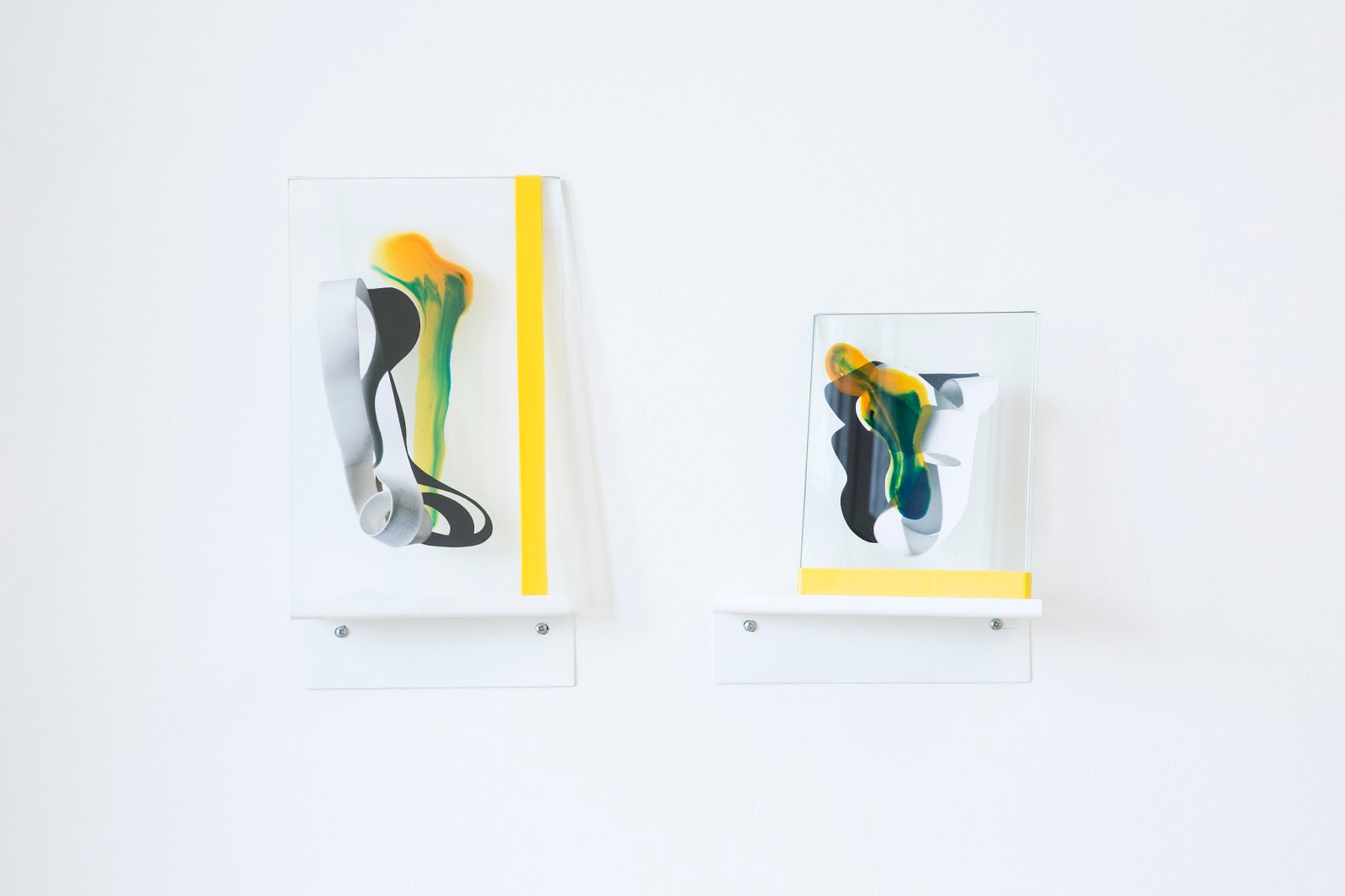 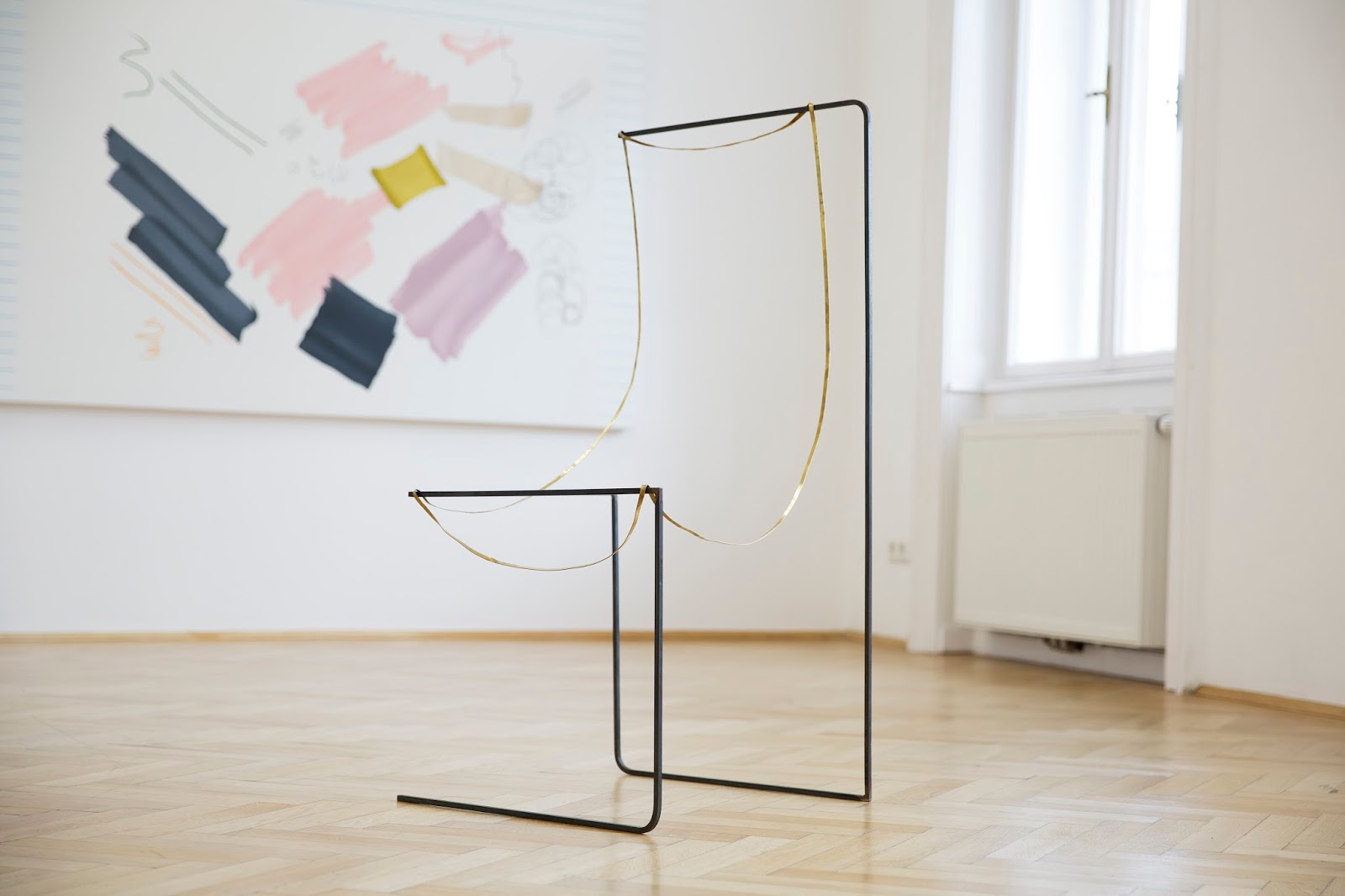 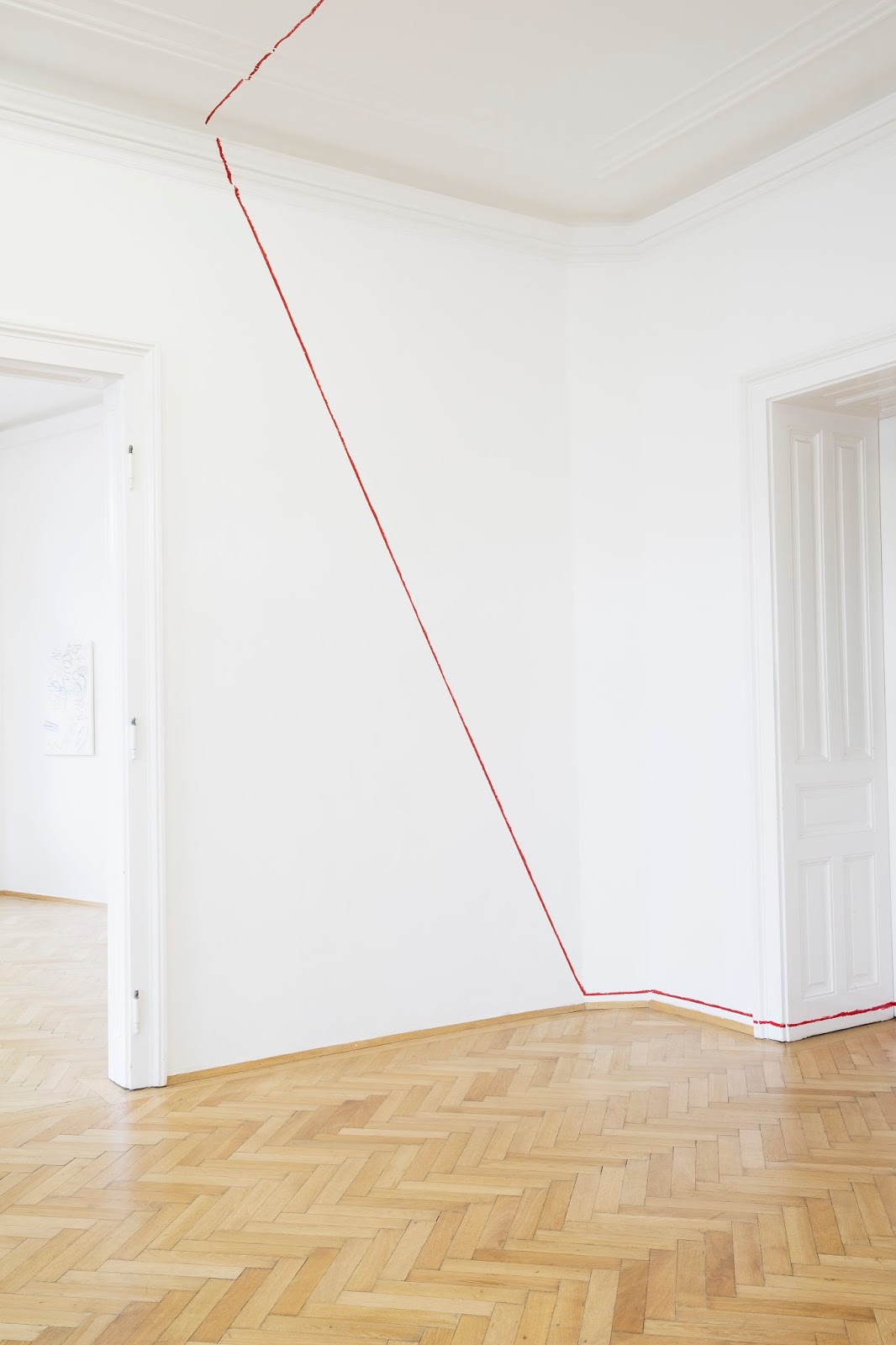 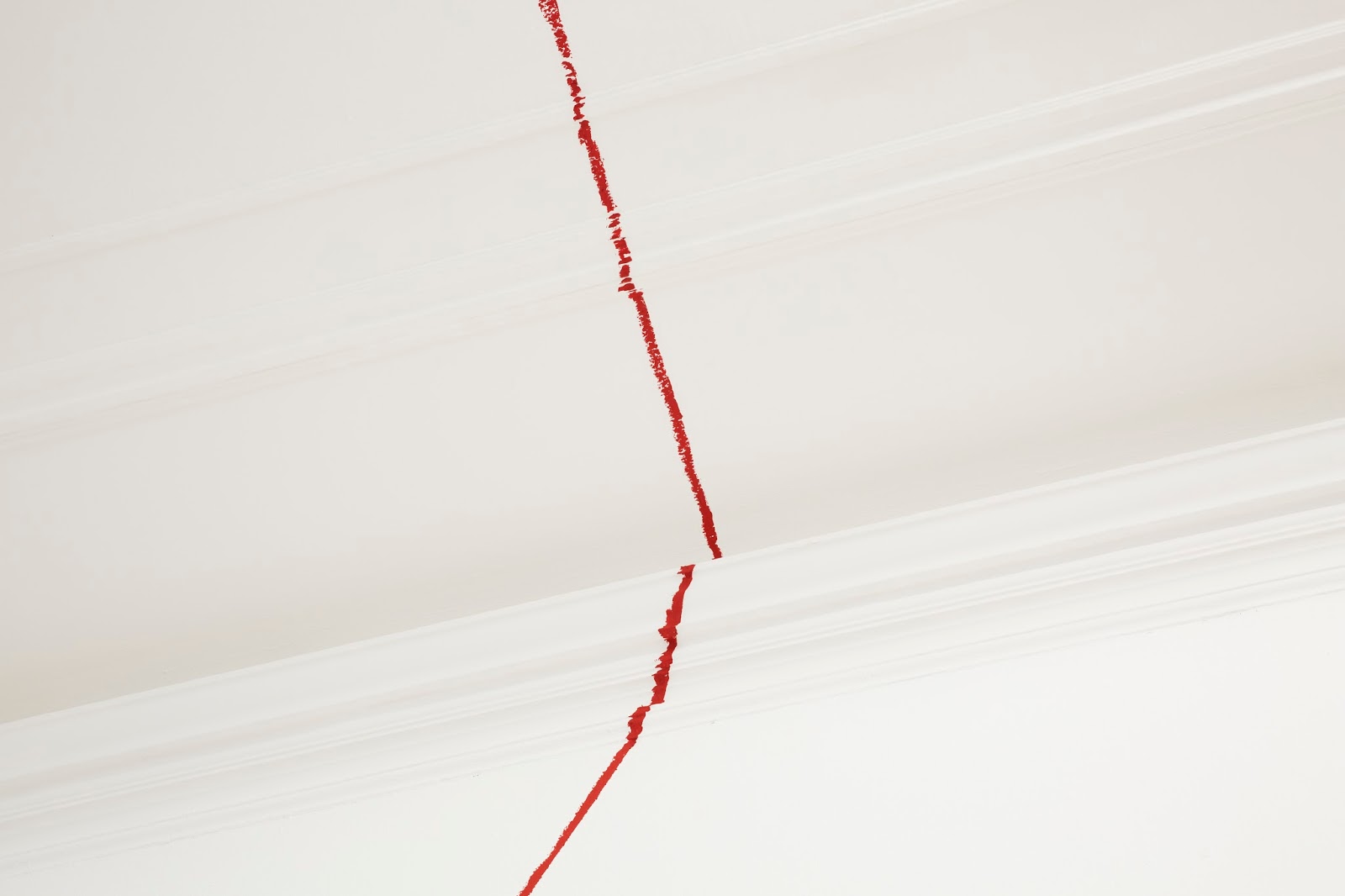 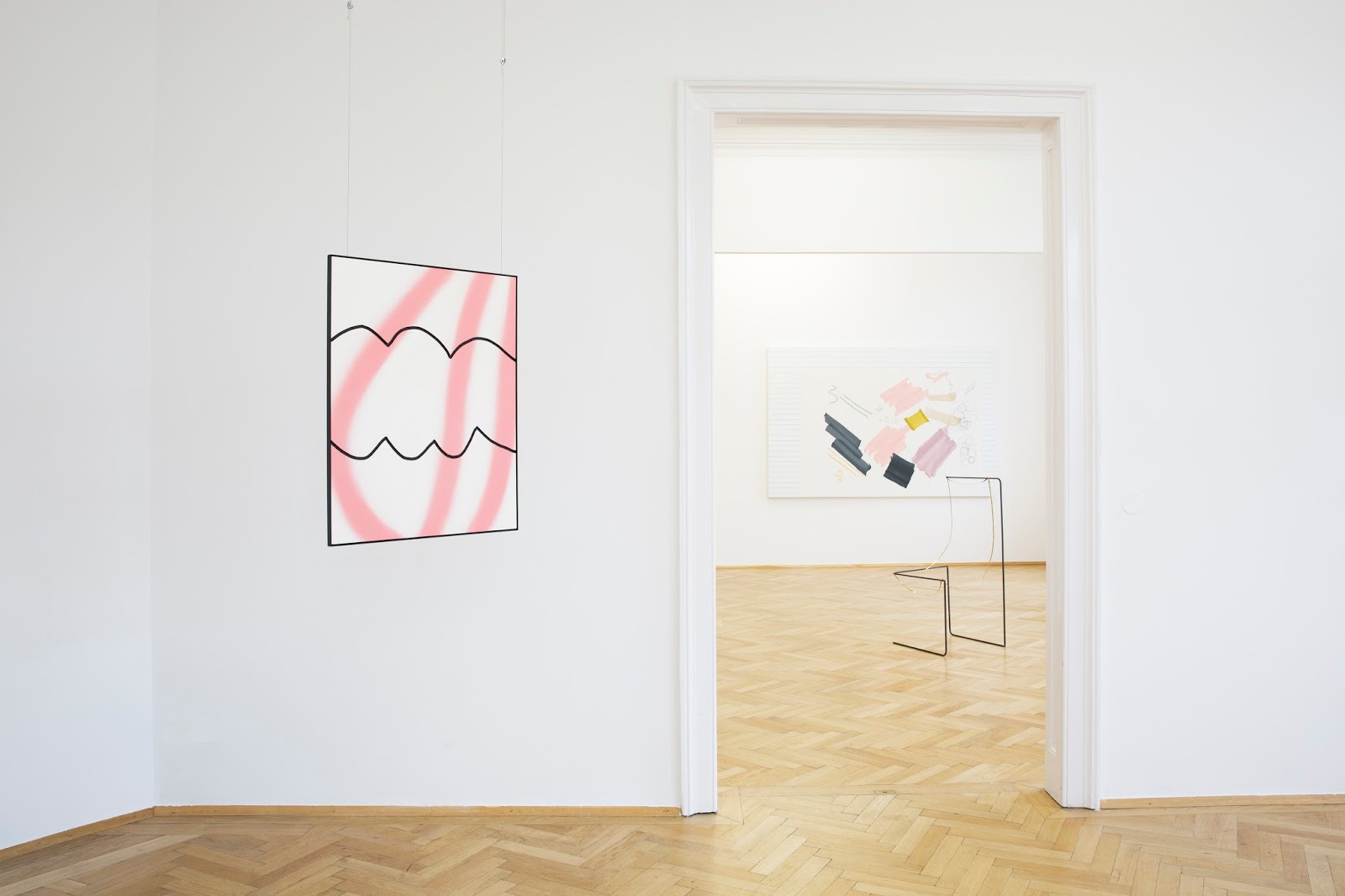 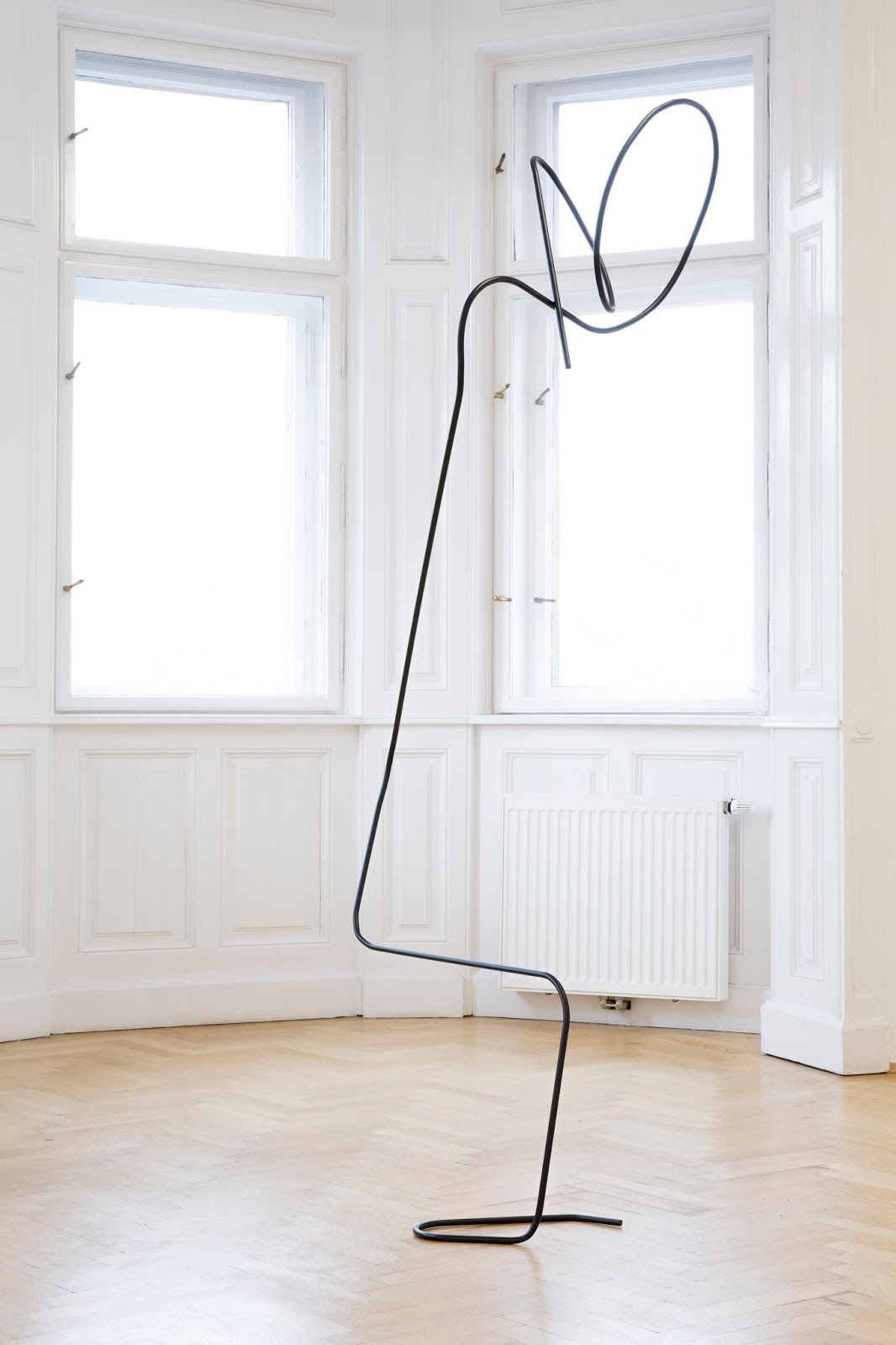 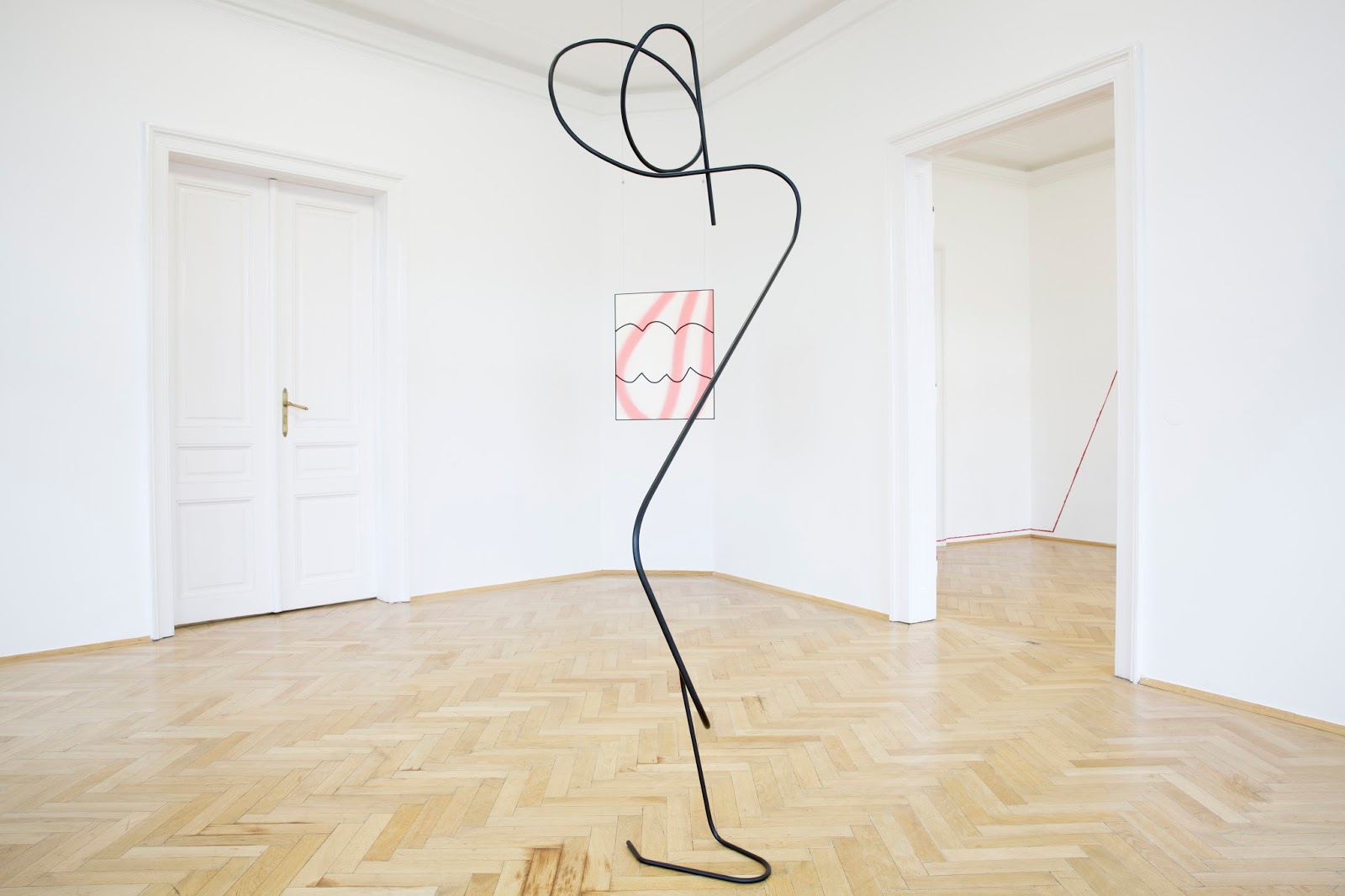 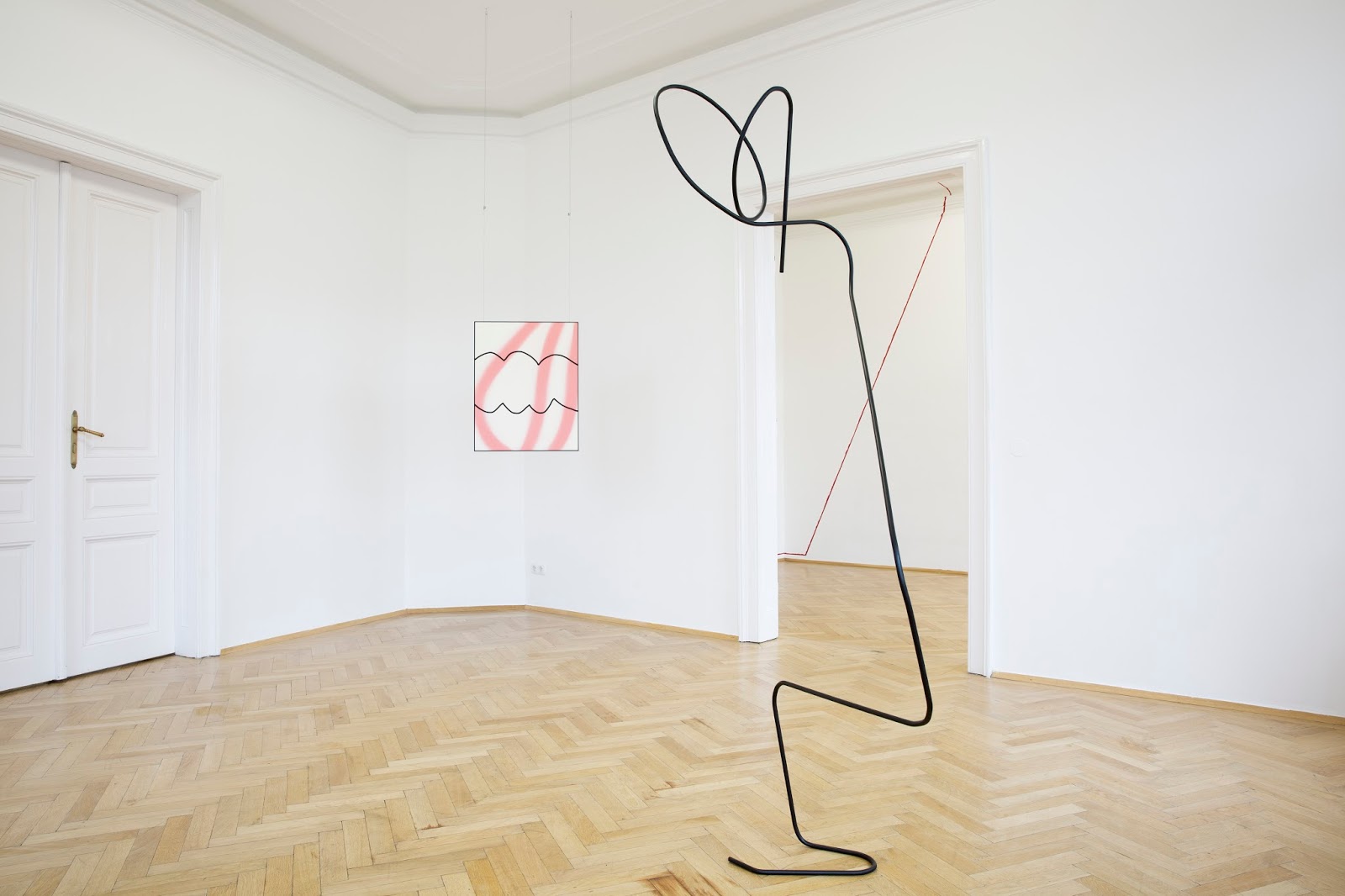 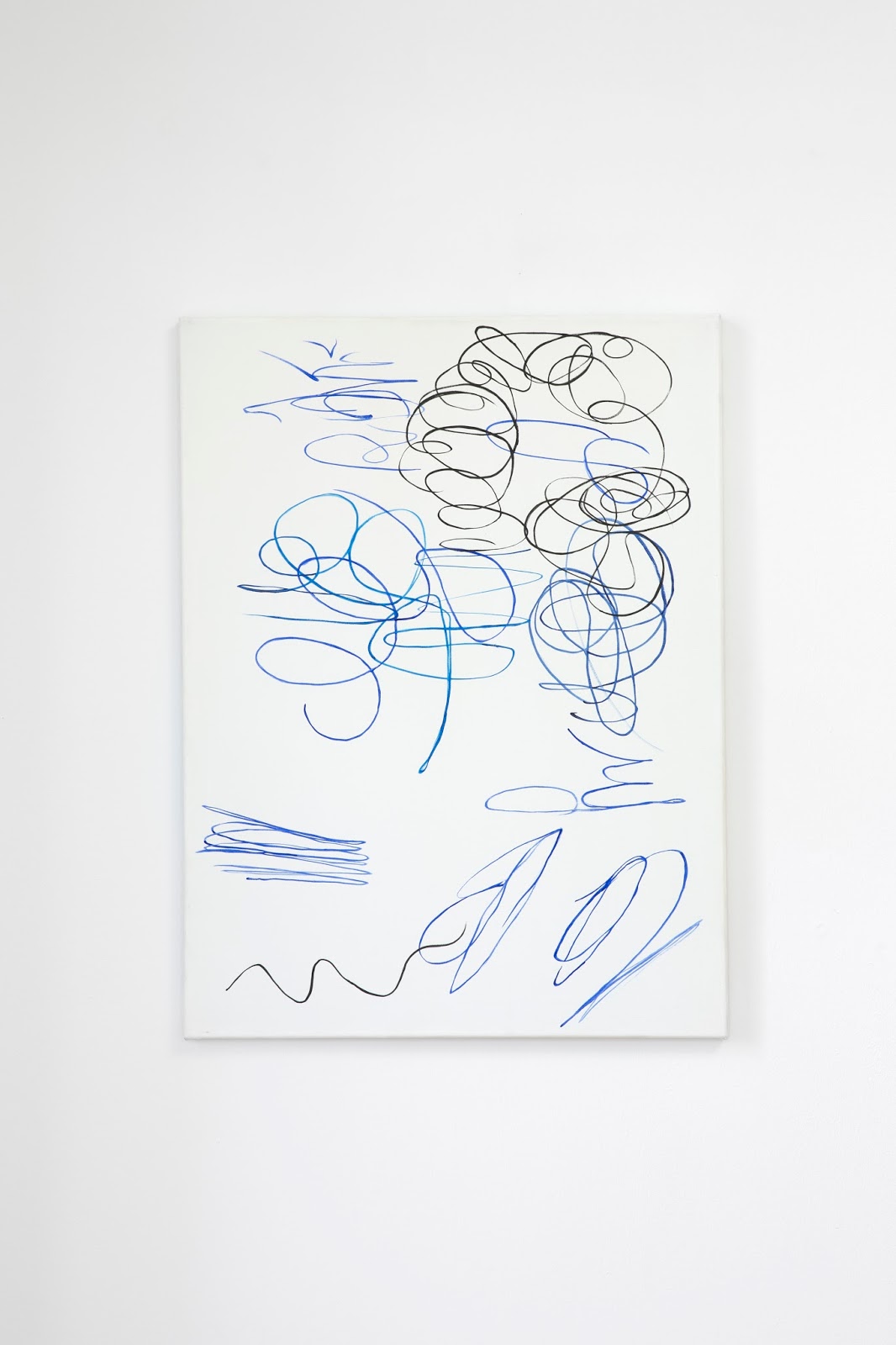 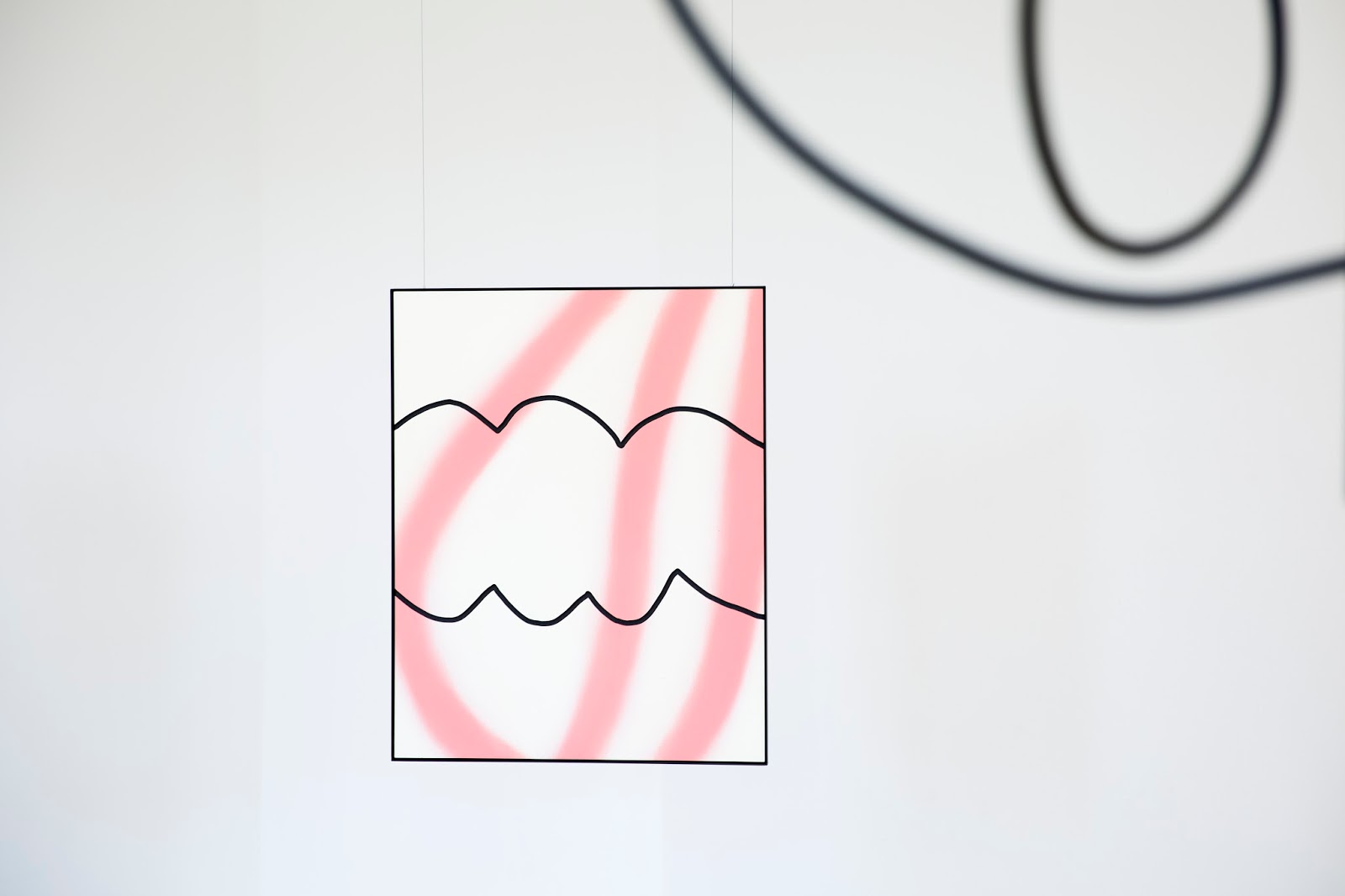 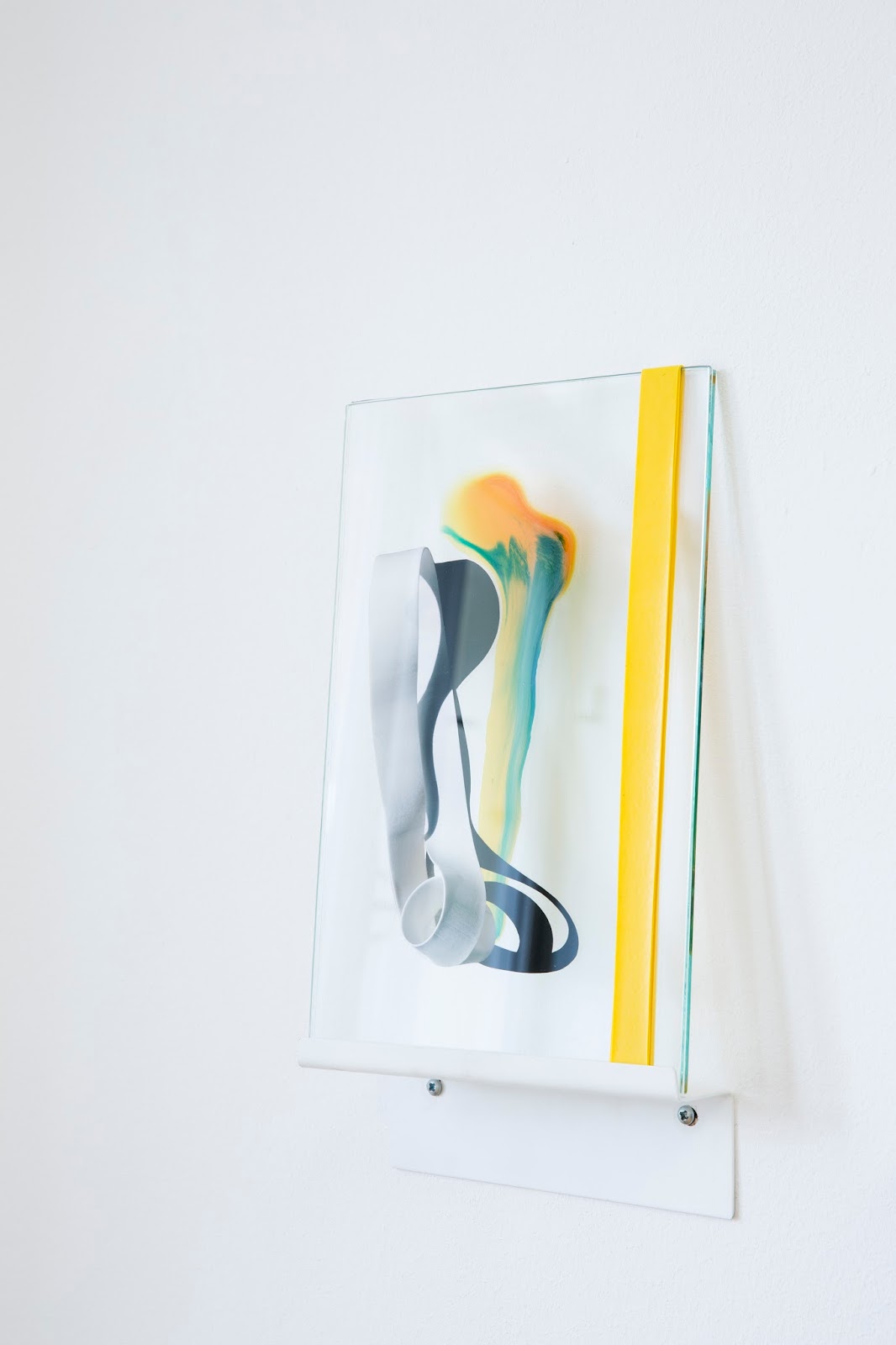 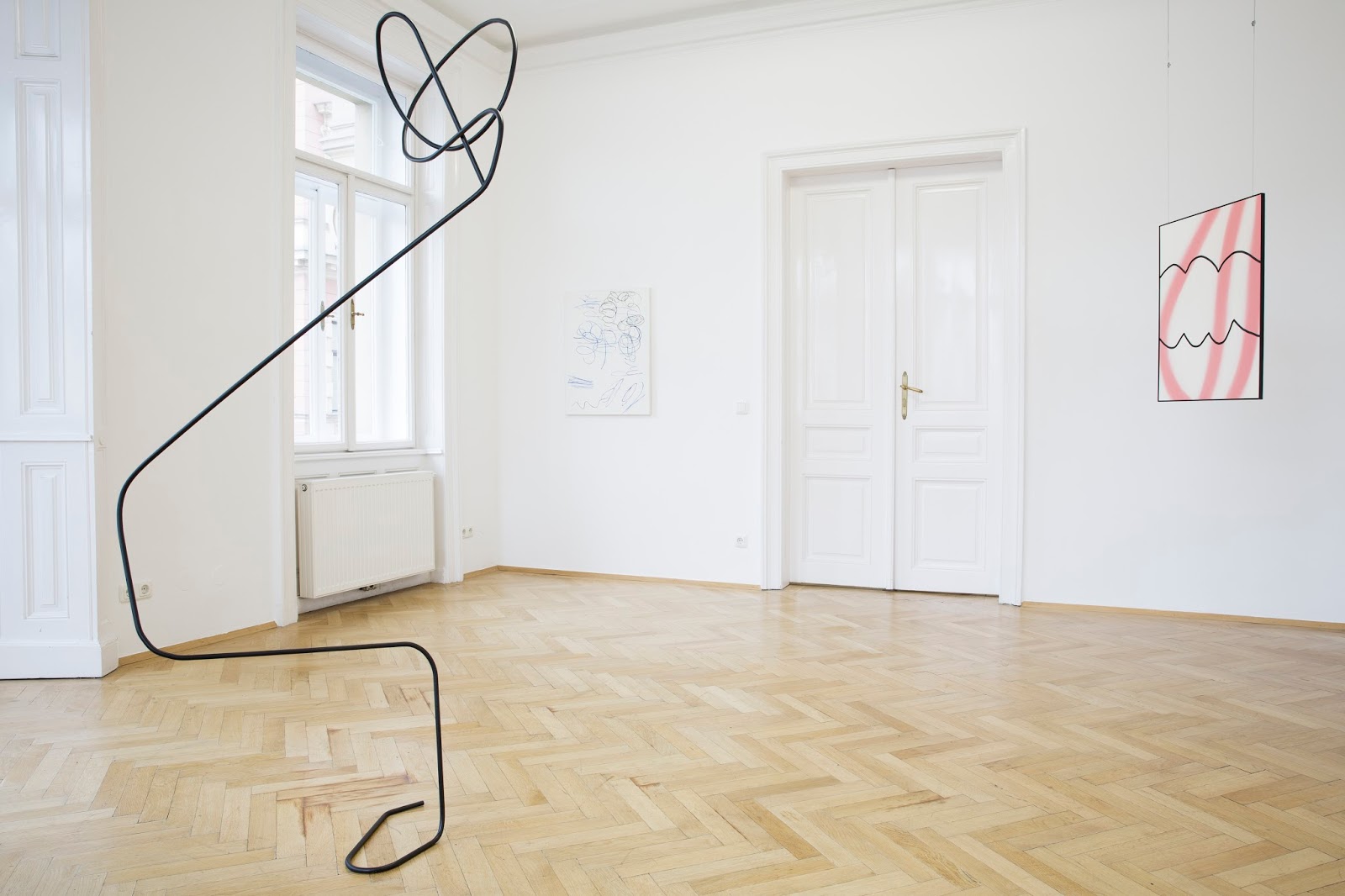 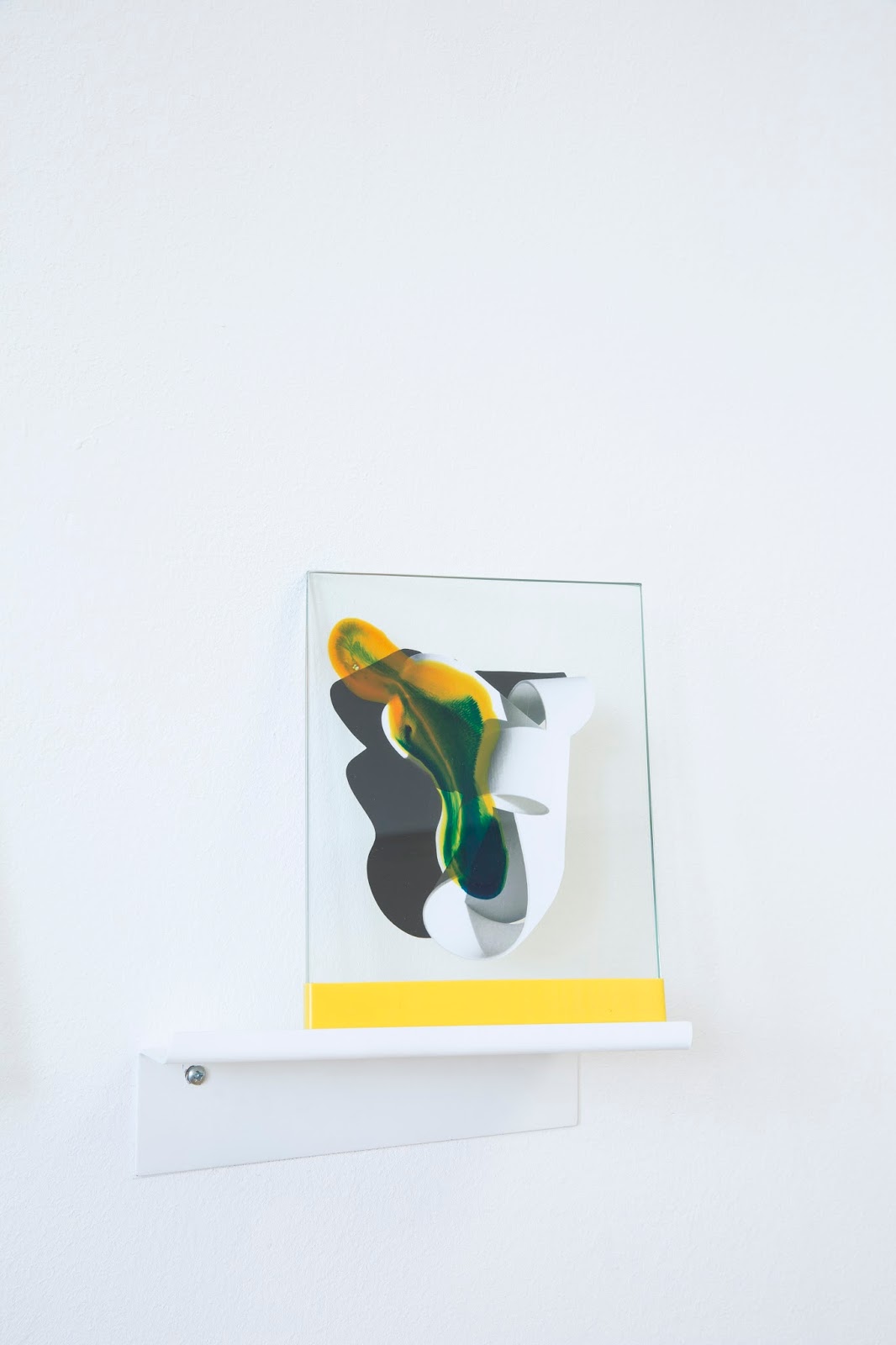 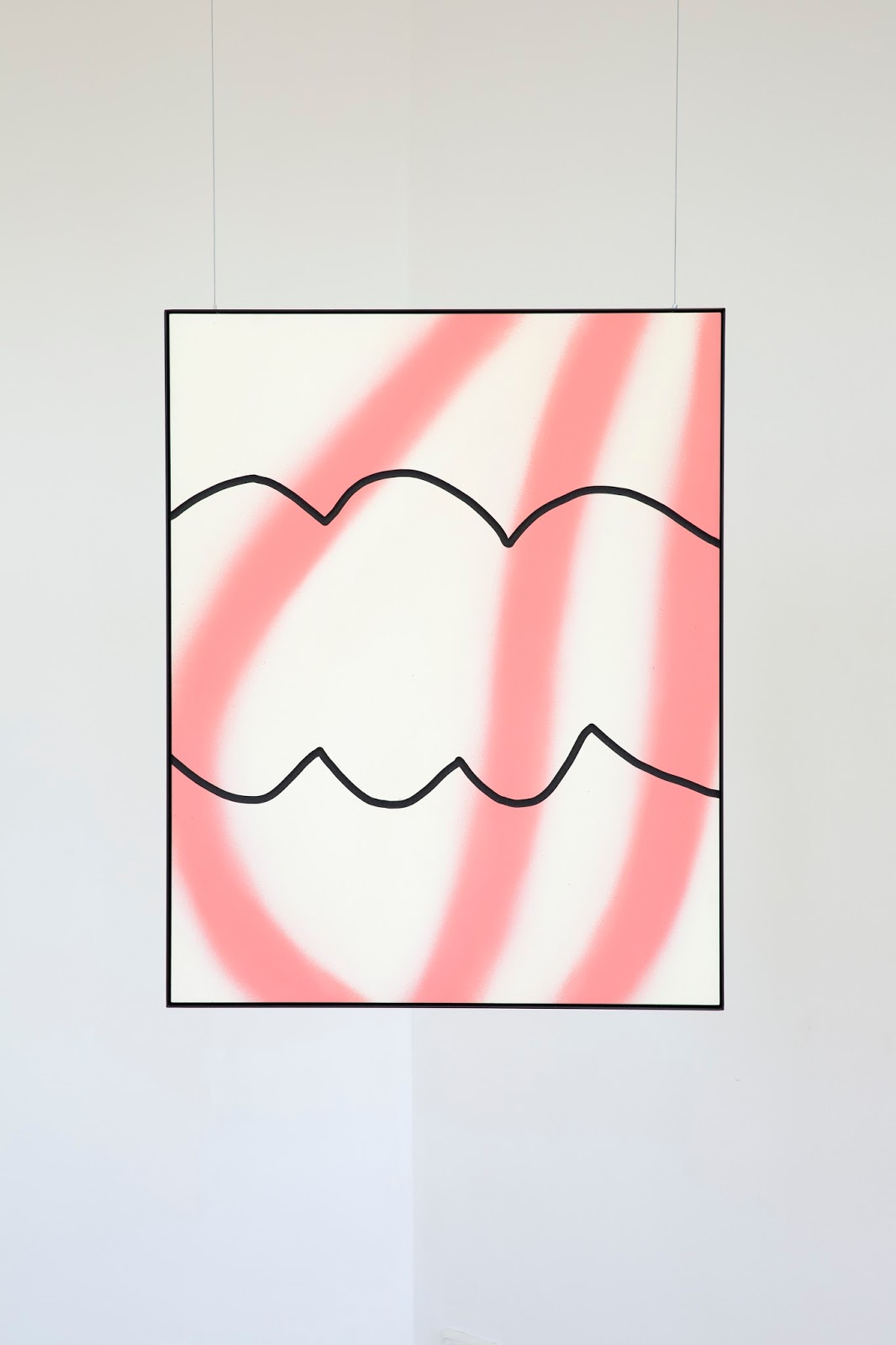 
The group exhibition “Every line tells its own story” brings together the works of six artists in an effort to illuminate the use of line in contemporary art. Since the emergence of Modernism, art has usually been created through reflection of itself – sometimes polemically railing against its own past, but more often incorporating its aspects into a new synthesis. This exhibition draws on this history while also updating the representation of line in a global, digitalized world.
All of the artists display a critical awareness of Western art history, and include works that repeatedly allude to its canon. Charlotte Klobassa’s oil painting of scribbling, for example, is a parody of modern painting’s self-referentiality. A subversion of painting, the present careless drawings, strongly reminiscent of the freely scribbled paintings of Cy Twombly. Cornelia Baltes’s paintings continue this investigation of the medium with technologically mediated paintings comparable to iPad illustrations. The virtual work walks a fine line between figuration and abstraction, conjuring scenes of daily life and the unabated presence of new technologies. Rowena Hughes ’s works follow a different tendency of art history with its Duchampian assemblage. The series consists of panes of glass held together in tension with elastic bands somewhere between images and sculptures. The size of each work is derived from standard screen dimensions of laptops and tablets and each collage is shown at a different angle to the wall therefore creating different reflections and shadows.These started out both as a literal play on the idea of loops of self-reference and from thinking about screens becoming three dimensional objects. Looking at an object (elastic band) in three states: in functional use holding things together and the object flattened, squashed between glass becoming an image and as a photographic image of the band – playing with the relationship of image and object. Yorgos Stamkopoulos breaks free of the canvas entirely in his 14 mm thick steel sculptures. Formally similar to minimalism, Stamkopoulous identifies his sculptures as “lines in space,” taken directly from the fluid, organic-like lines employed during his distinctive erasure painting process. Although Athanasios Argianas’s “Song Machine” works possess a similar minimalist aesthetic—unlike Stamkopoulos’s sculptures, which tackle the formal qualities of painting in three-dimensional space—Argianas’s interest lies in the limit between material and immaterial structure i.e. information. The text etched on a brass strip, for example is in itself a poem, a possible song.  The visual artist and composer snakes a brass ribbon adorned with fragmented text around slender steel supports. The viewer is invited to revolve around the angular structures in order to read the text, carrying out an active, performative role in addition to the customary role as passive observer. Further bridging the gap between art and space, Clare Gasson uses the gallery as her canvas and draws a line in red lipstick from floor to ceiling dividing the gallery in half. The piece is accompanied by Gasson’s sound installation, “A thousand times – around 3000 years – April 2012—a sound studio performance,” in which the artist repeatedly whispers a single textual line. The performance artist seamlessly integrates art and space, linguistic line and visual motif.
Tags Athanasios Argianas, Charlotte Klobassa, Clare Gasson, Cornelia Baltes, Galerie Nathalie Halgand, Rowena Hughes, Vienna, Yorgos Stamkopoulos
Newer Post Older Post Home