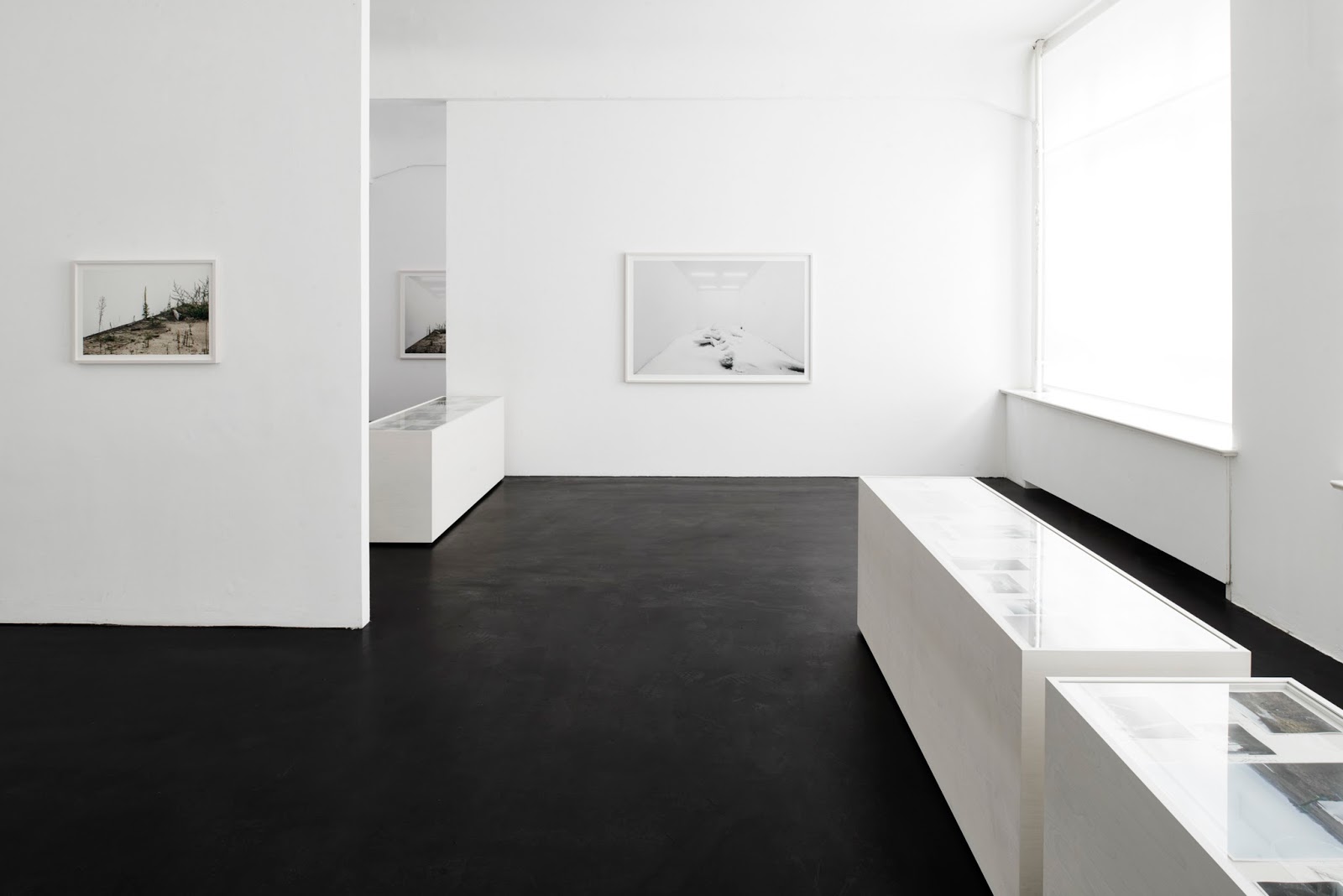 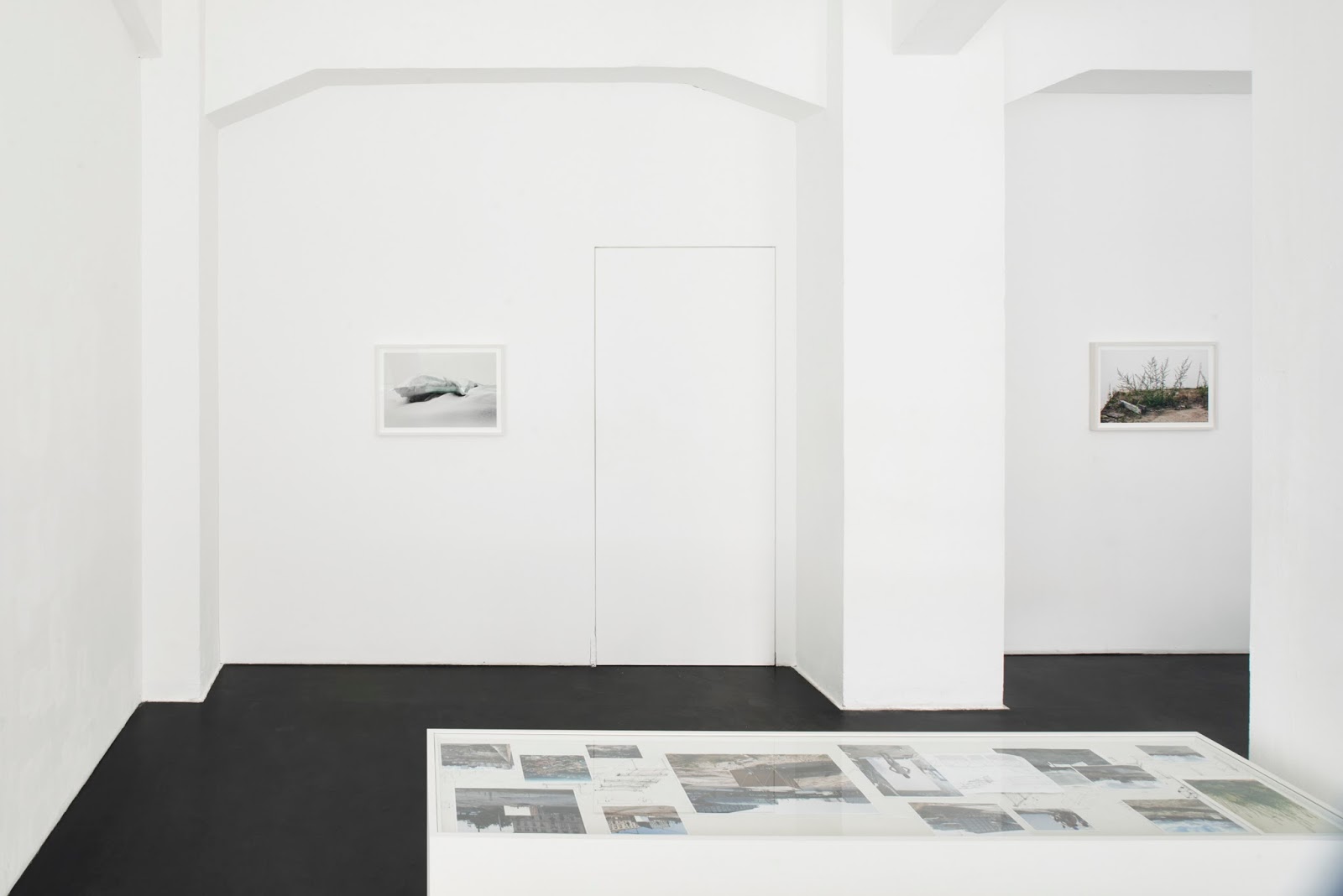 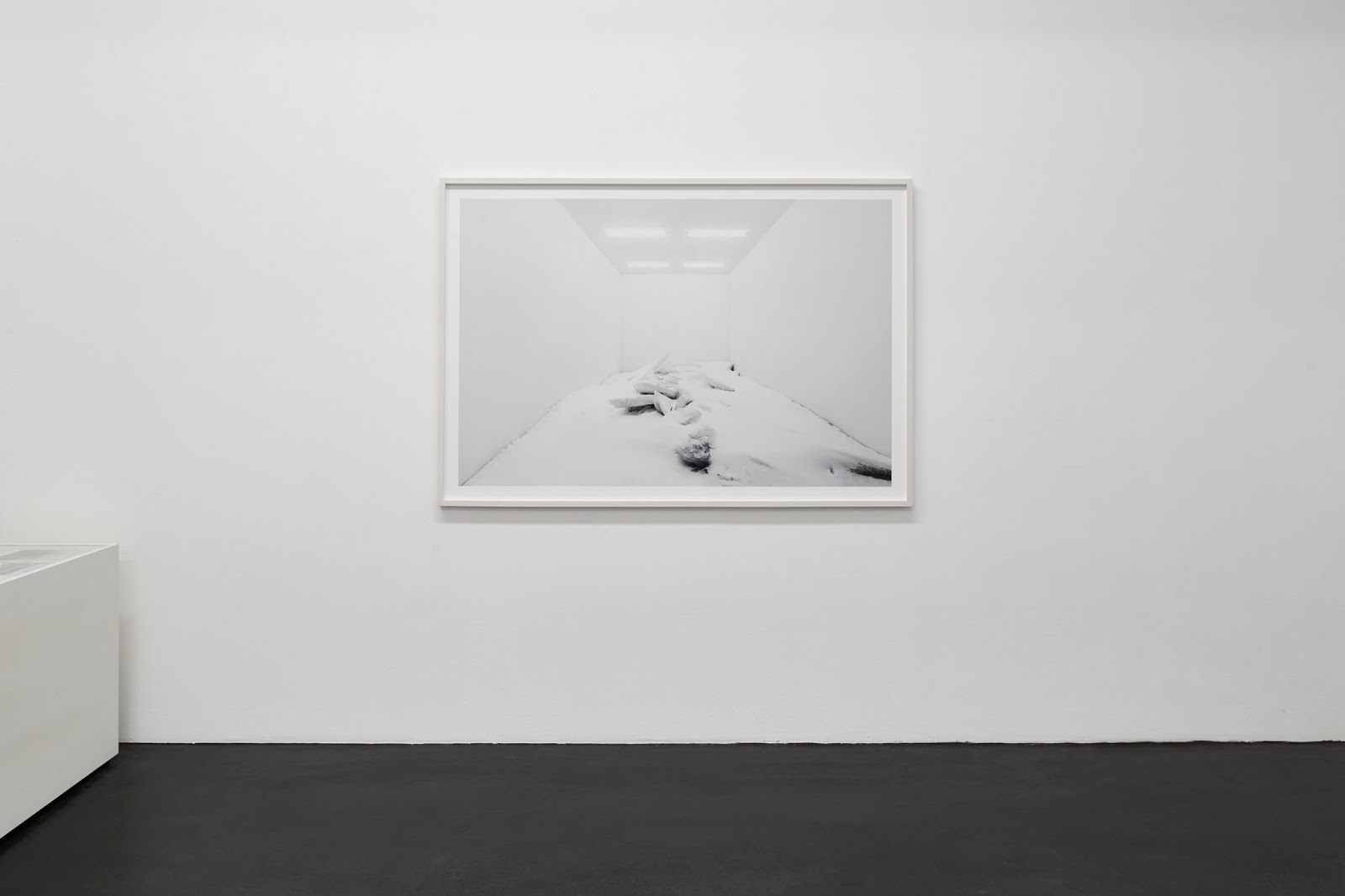 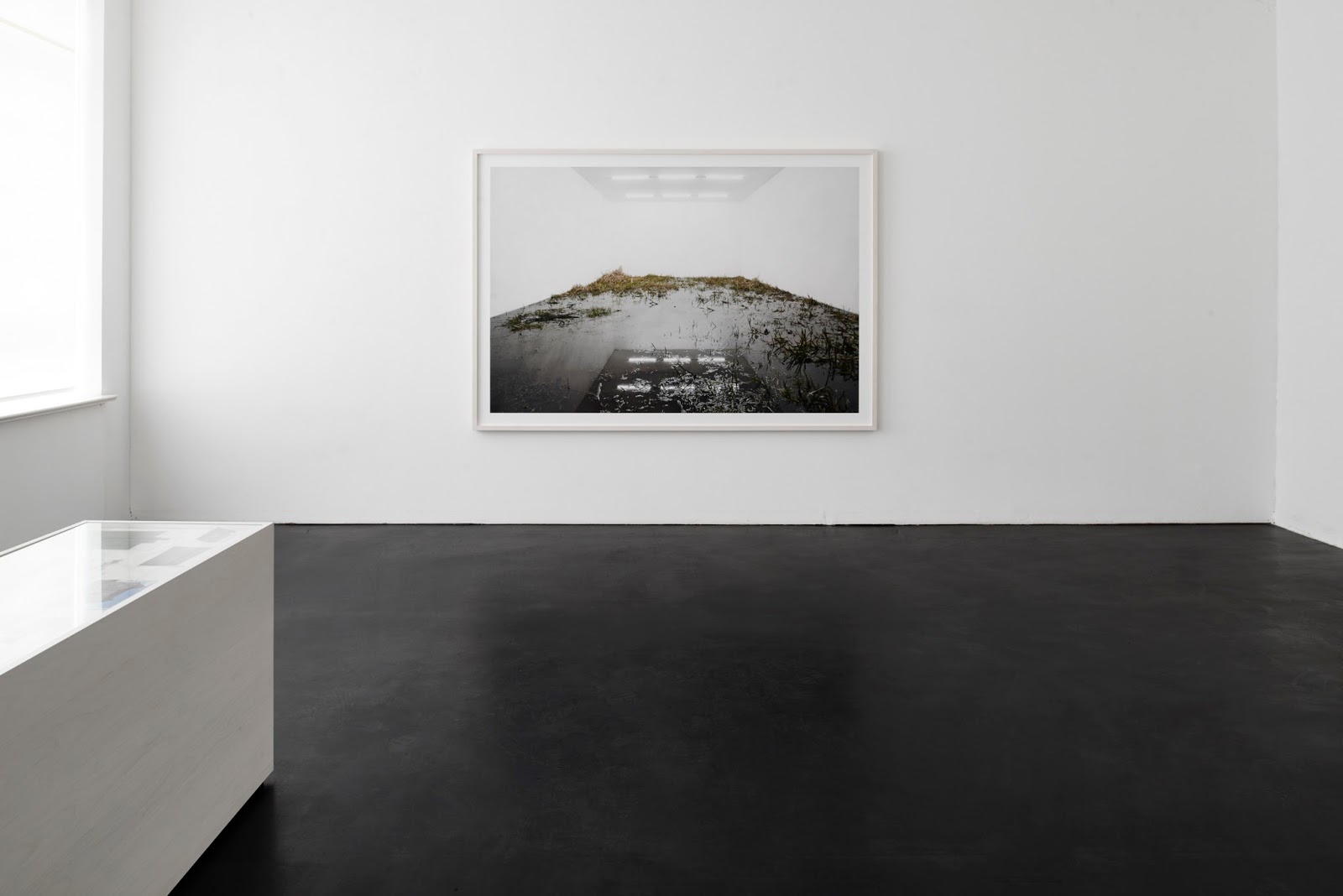 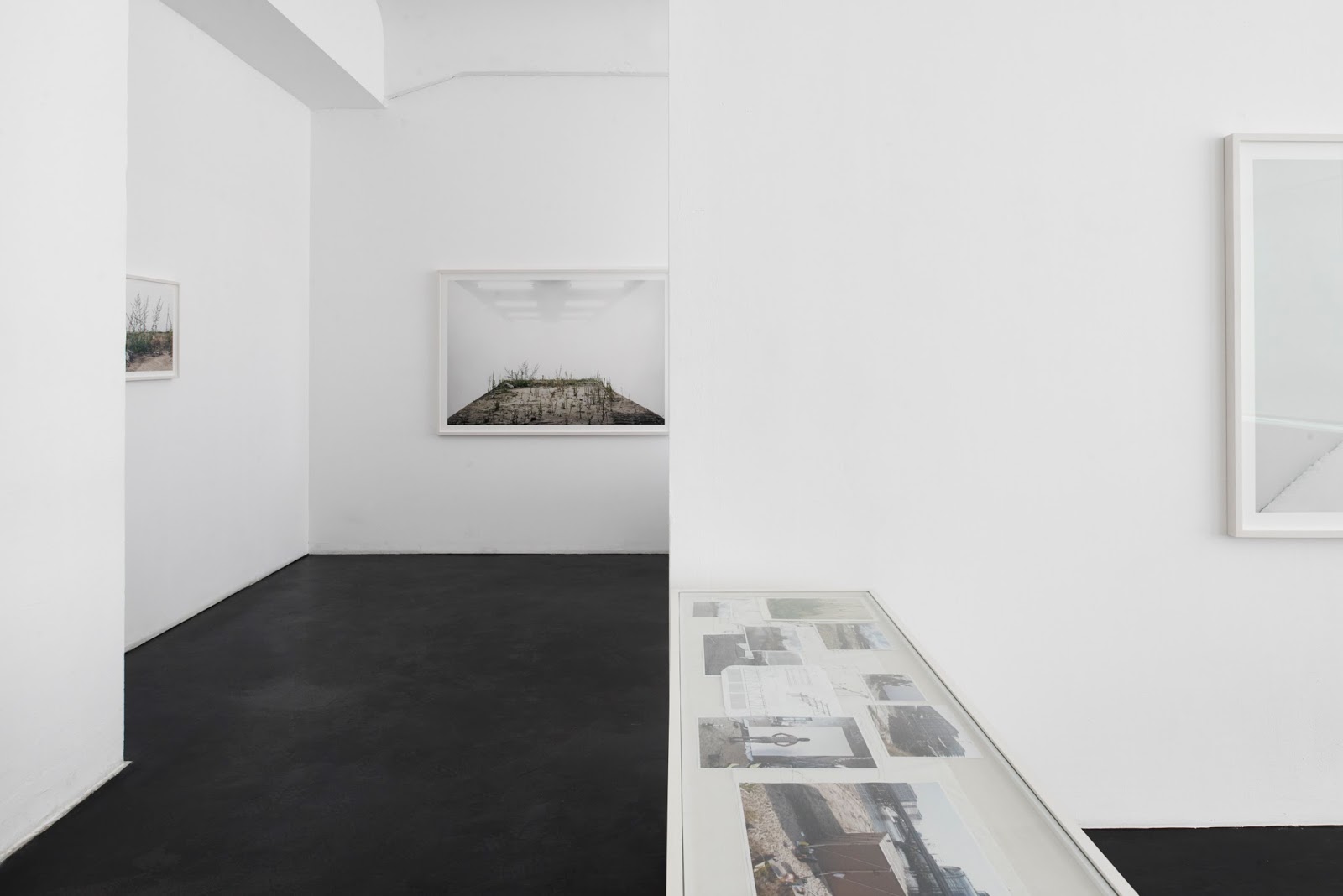 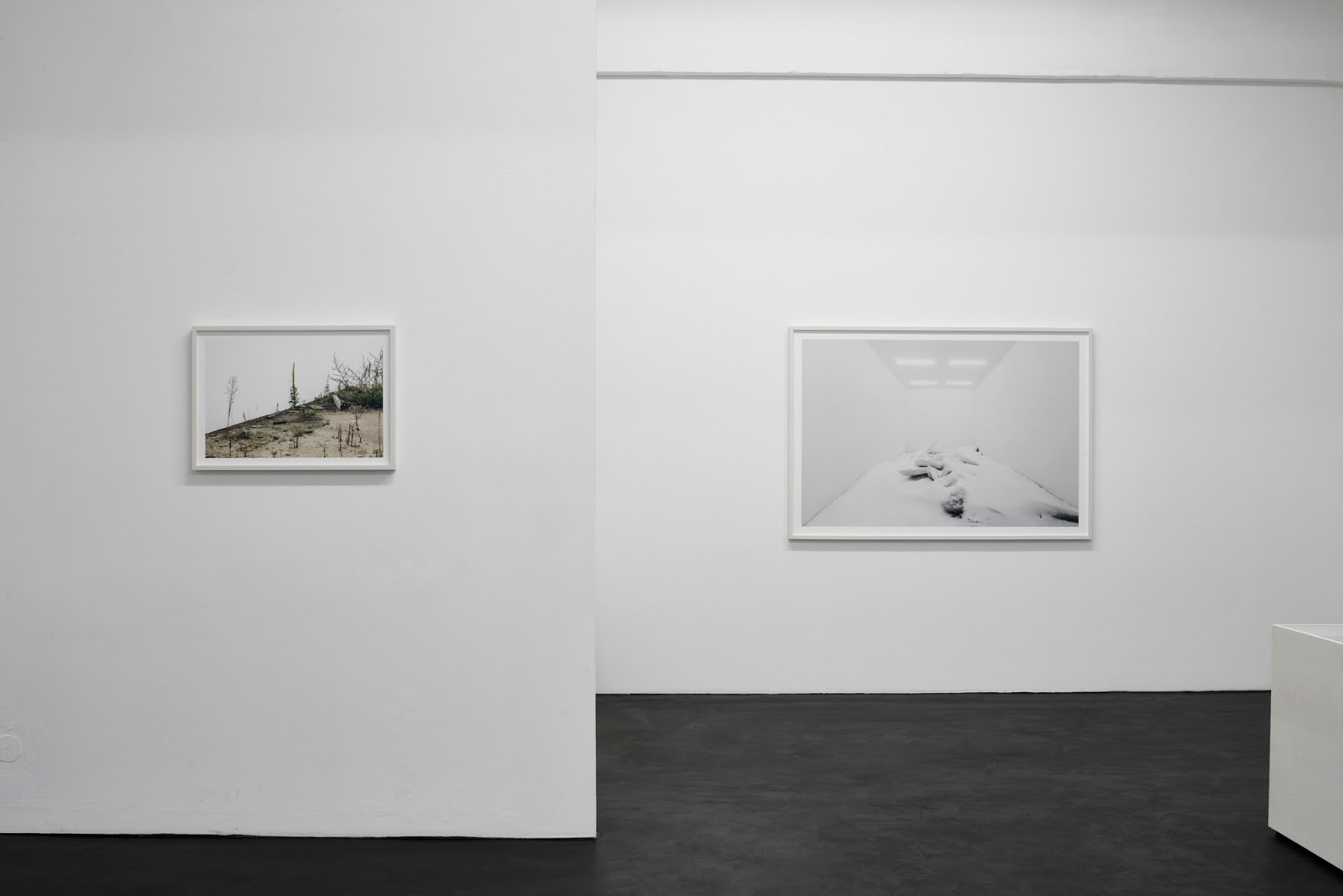 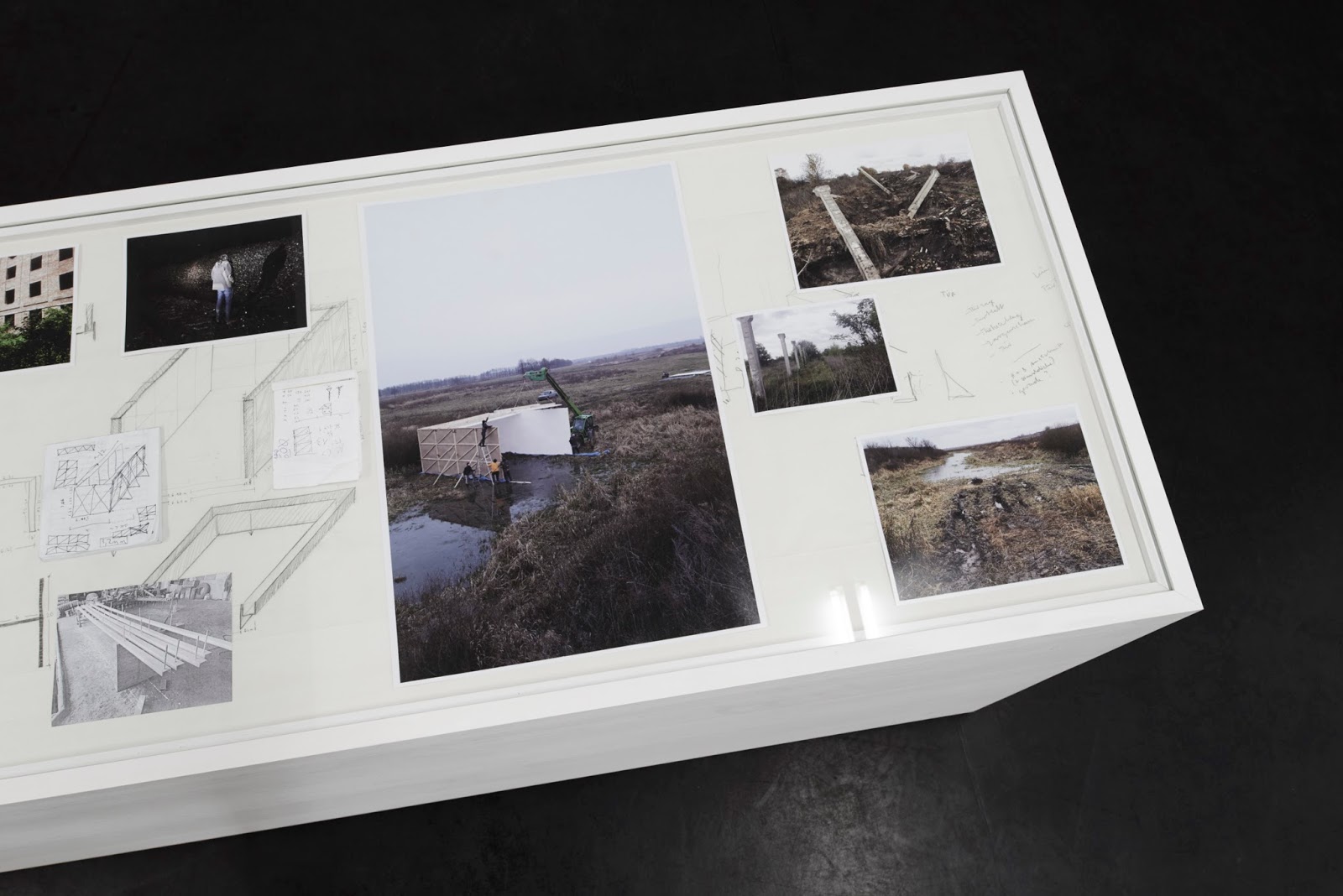 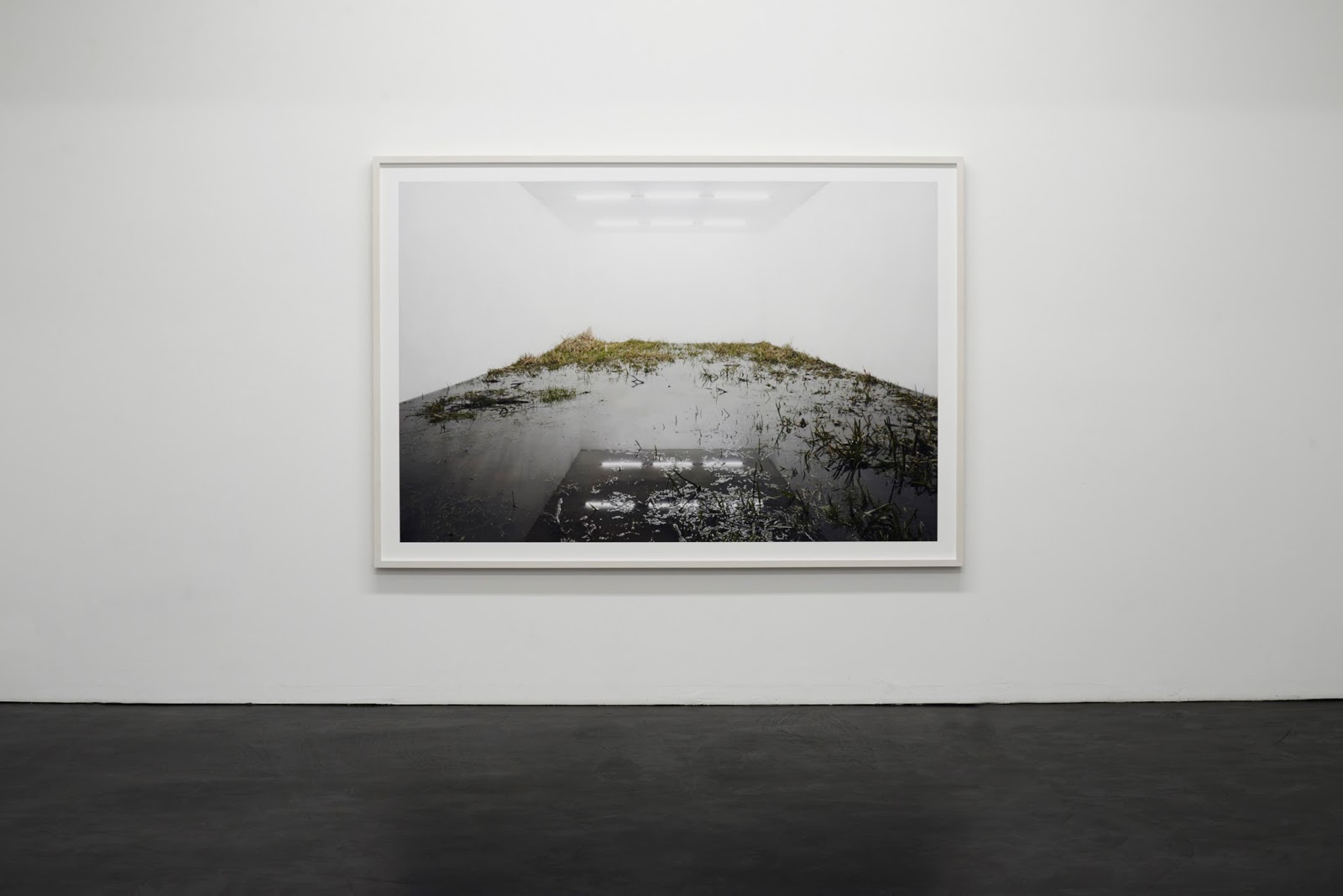 Images courtesy the artist and Alexander Levy
The gallery alexander levy is pleased to present the new work series ISOLATION by Fabian Knecht from April 28 – June 20, 2017. ISOLATION features photographs of conventional exhibition rooms (“white  cubes”), which Knecht installed at various different locations in nature. Rather than transposing a ready-made or a representation of “reality” onto the exhibition space, Knecht brings the exhibition space into reality, isolates a segment with the help of the “white cube”: a riverbed and a base of a vanished monument in Ukraine, a frozen sea in Vladivostok, waste ground in Berlin and a section of forest in North-Rhine Westphalia. Nature in all its complexity elevated to the status of an artwork and exhibited in situ, without intervening in existing forms and forms of life. Occasionally, almost in passing, canonical artworks are referenced: from Caspar David Friedrich’s “Eismeer” (The Sea of Ice; 1823-4) through to Robert Smithson’s “Dead Tree” (1969). Consequently, ISOLATION both comments on and inverts not only the classic concept of the ready-made, but also the traditional relationship between art and nature, natura naturans and natura naturata (creating nature and created nature). “For truly art is contained in nature, and the person who succeeds in extracting it out, has it ...”, writes Albrecht Dürer. And anyone who leaves it in place, surrounds and exhibits it–has it too. The exhibition space becomes a medium, and consequently morphs from a background to a work (that is equally non-locational and location-based, and conveyed by photo is almost unreal)–before subsequently once again being made into a background: a work at the divide and fracture between space, nature and photography. The photos hang in an exhibition space. And the exhibition spaces in nature have been removed. But nature–spoiled and unspoiled–remains where it was before: beyond the frame.
The project ISOLATION was realized in cooperation with the architect Ivy Lee Fiebig. Special thanks to Markus Schütte, André Simonoff, and the Zarya Center for Contemporary Art in Vladivostok, who made the realization of the project possible.
Tags alexander levy, Fabian Knecht, Lazy exhibitions
Newer Post Older Post Home