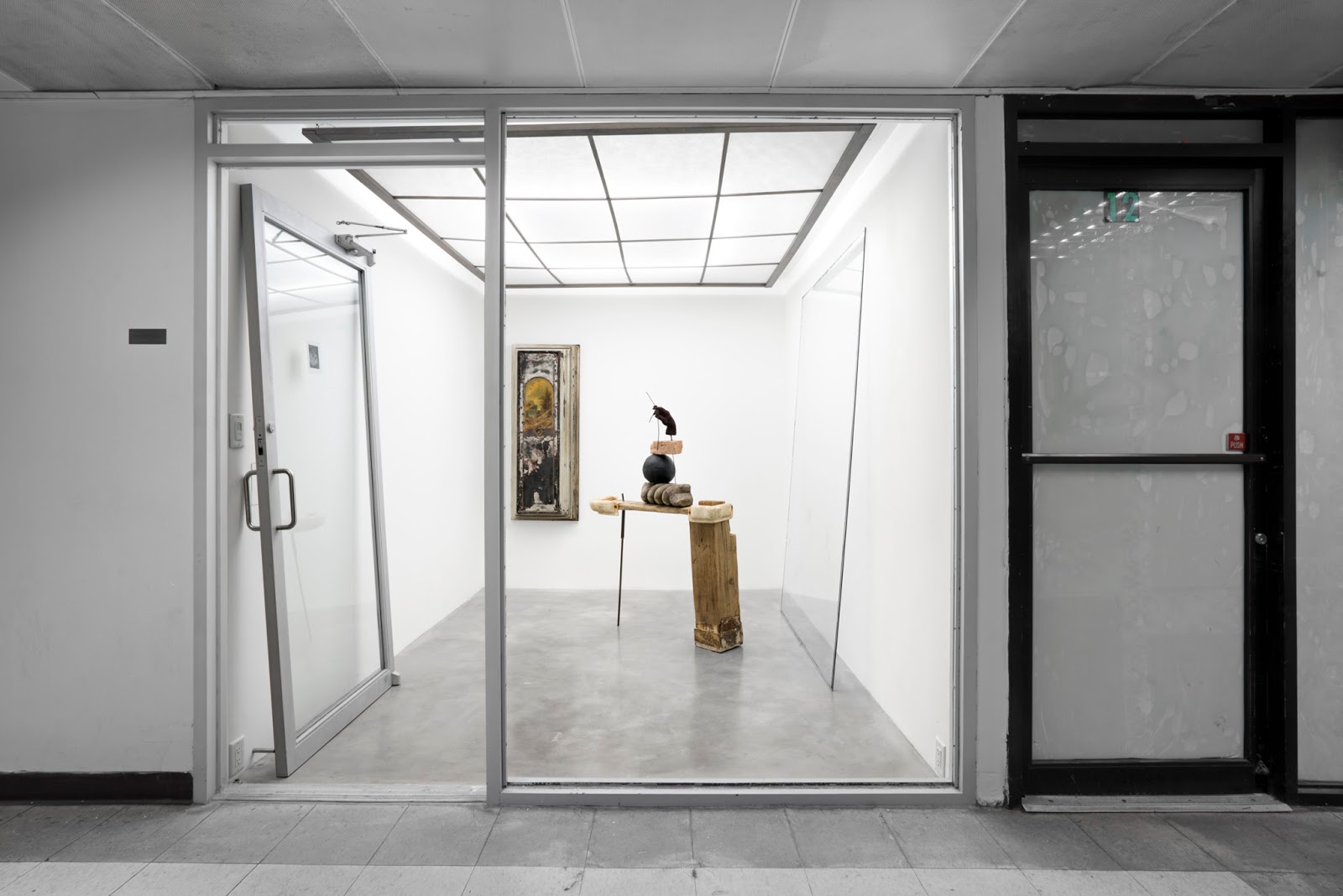 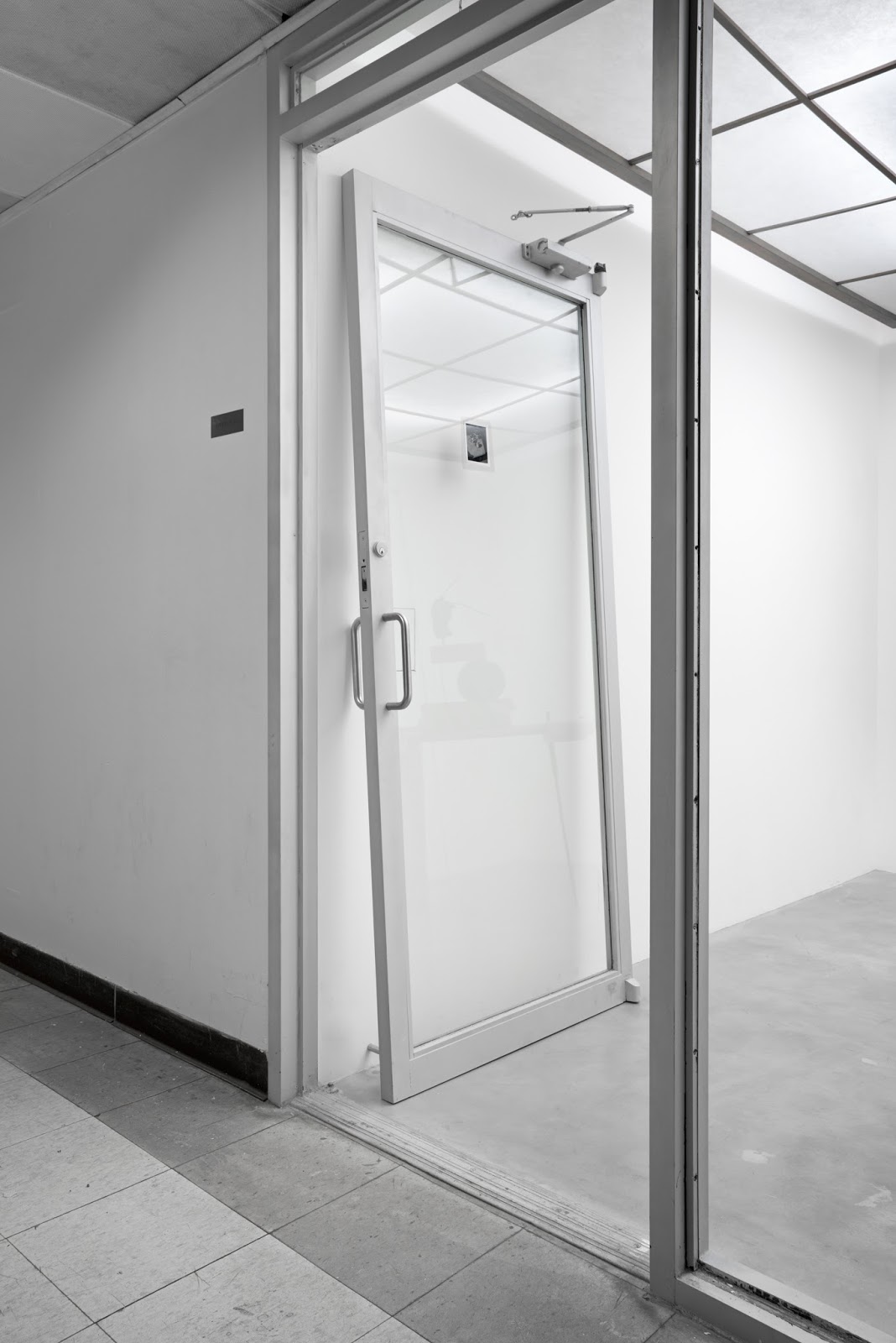 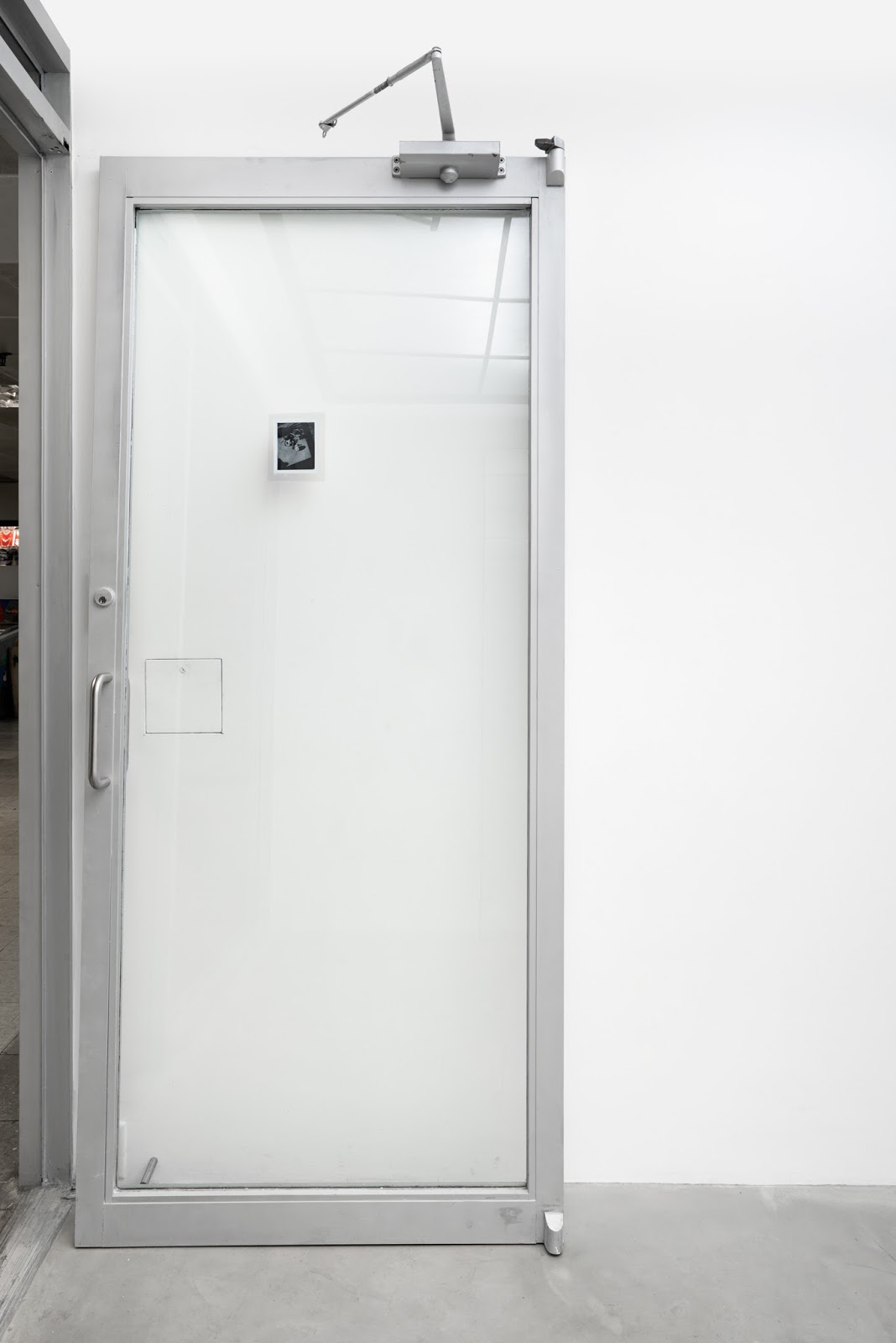 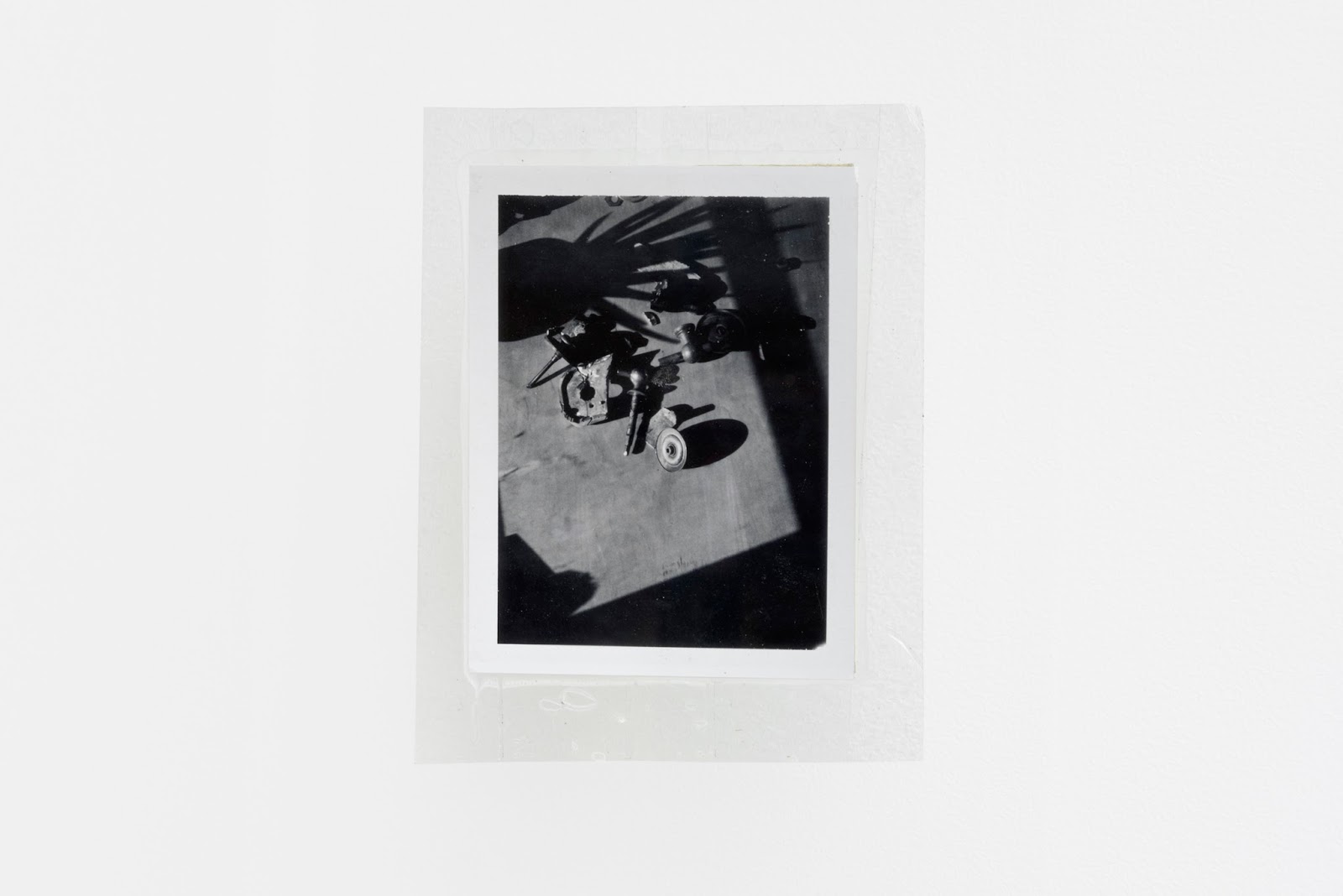 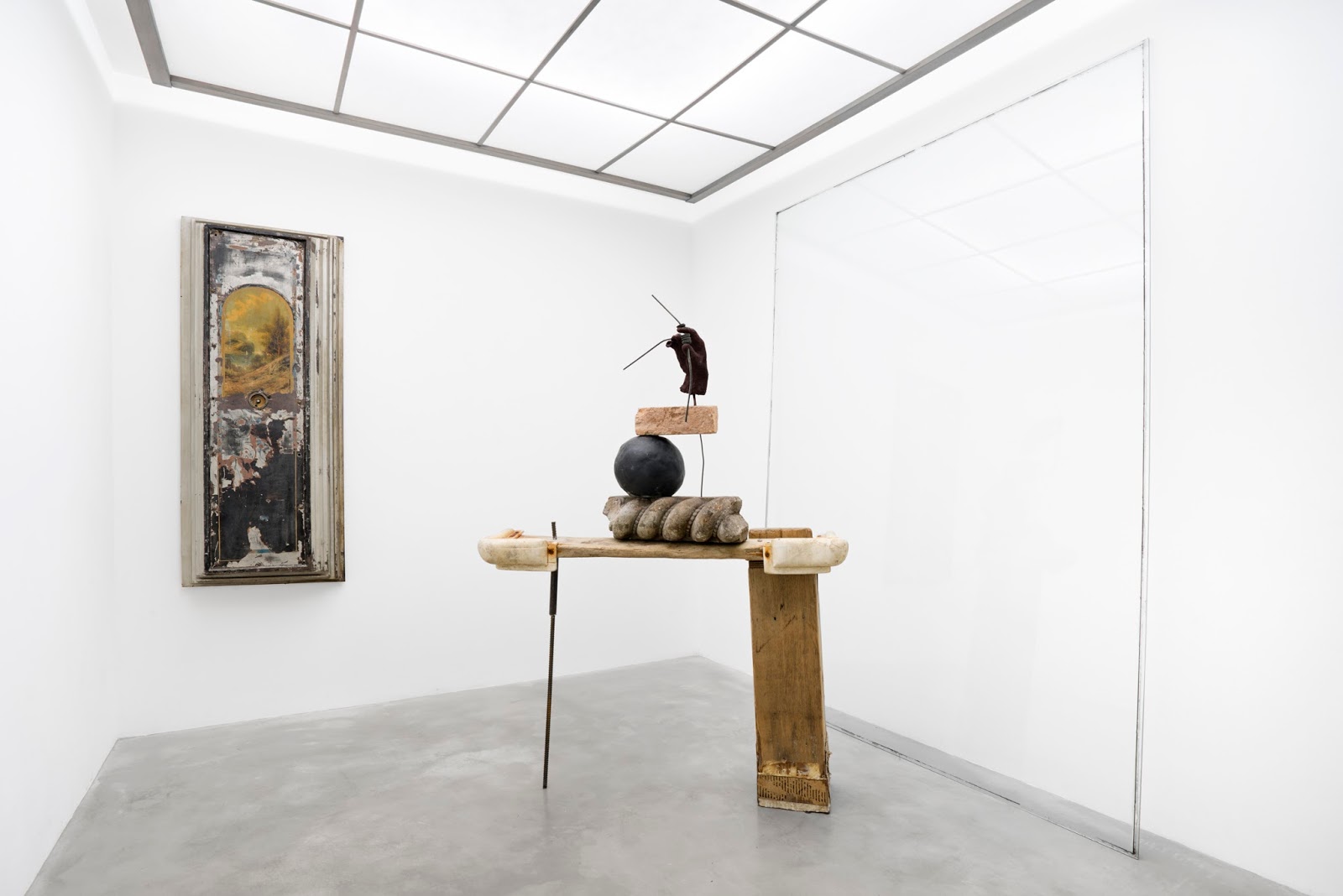 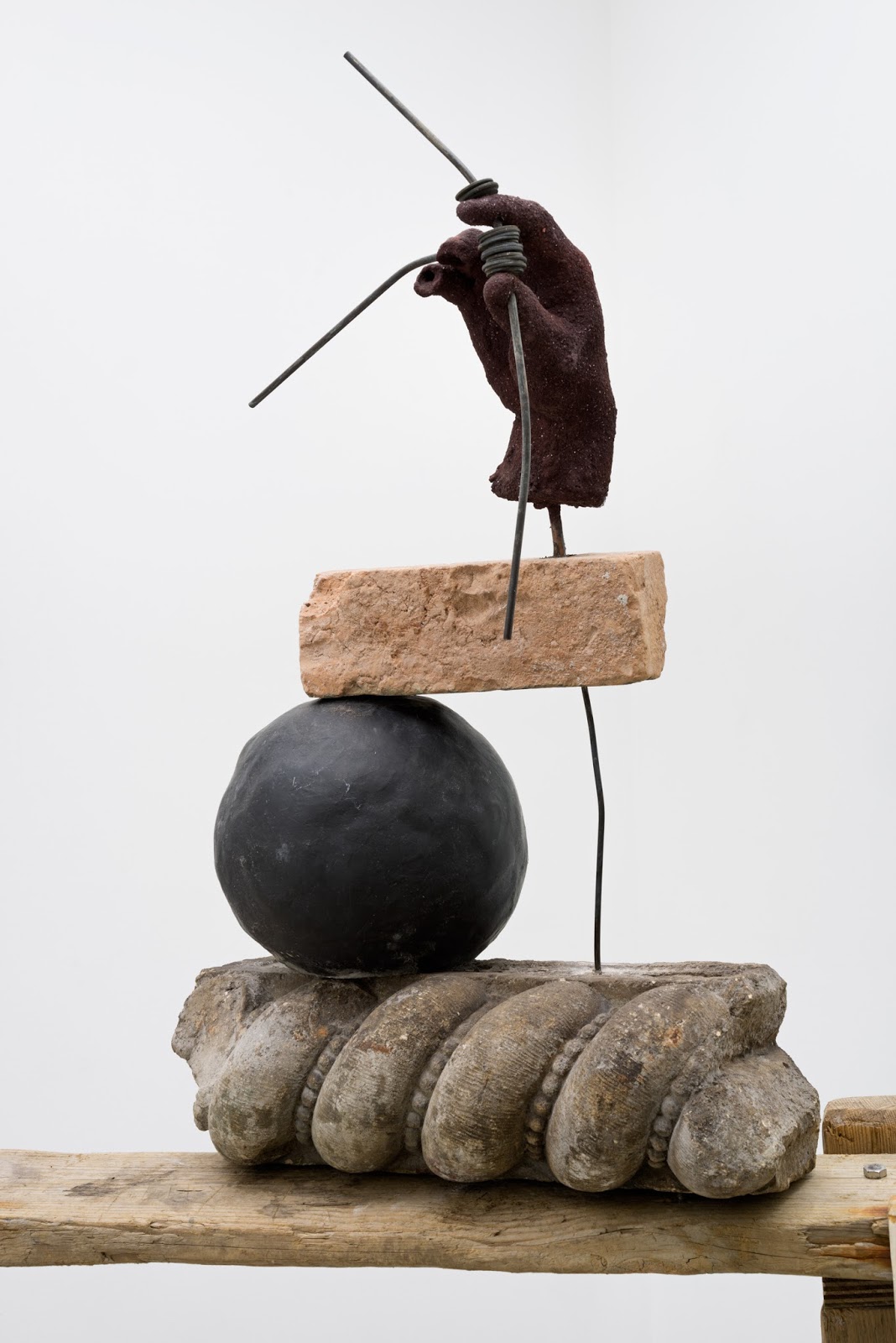 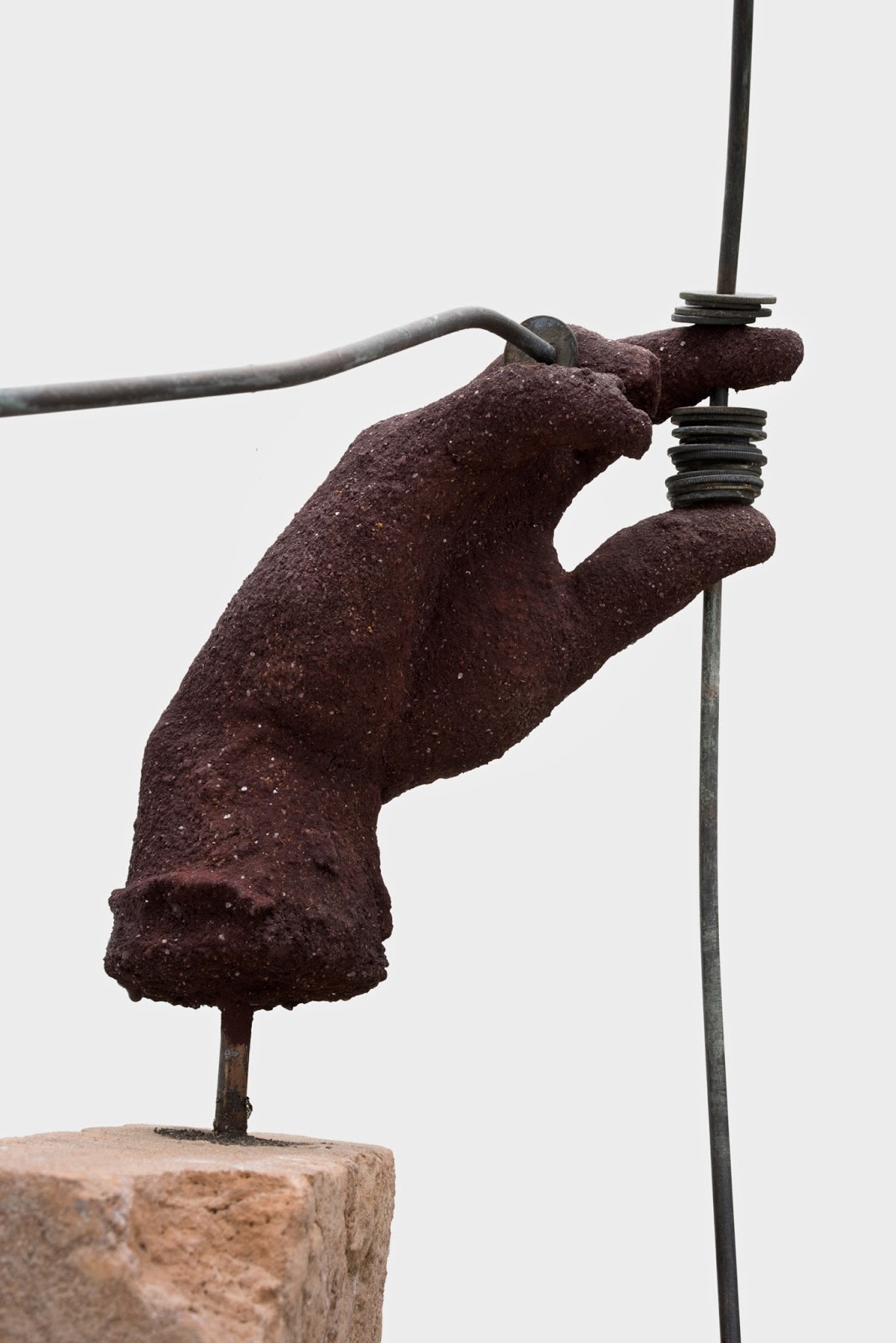 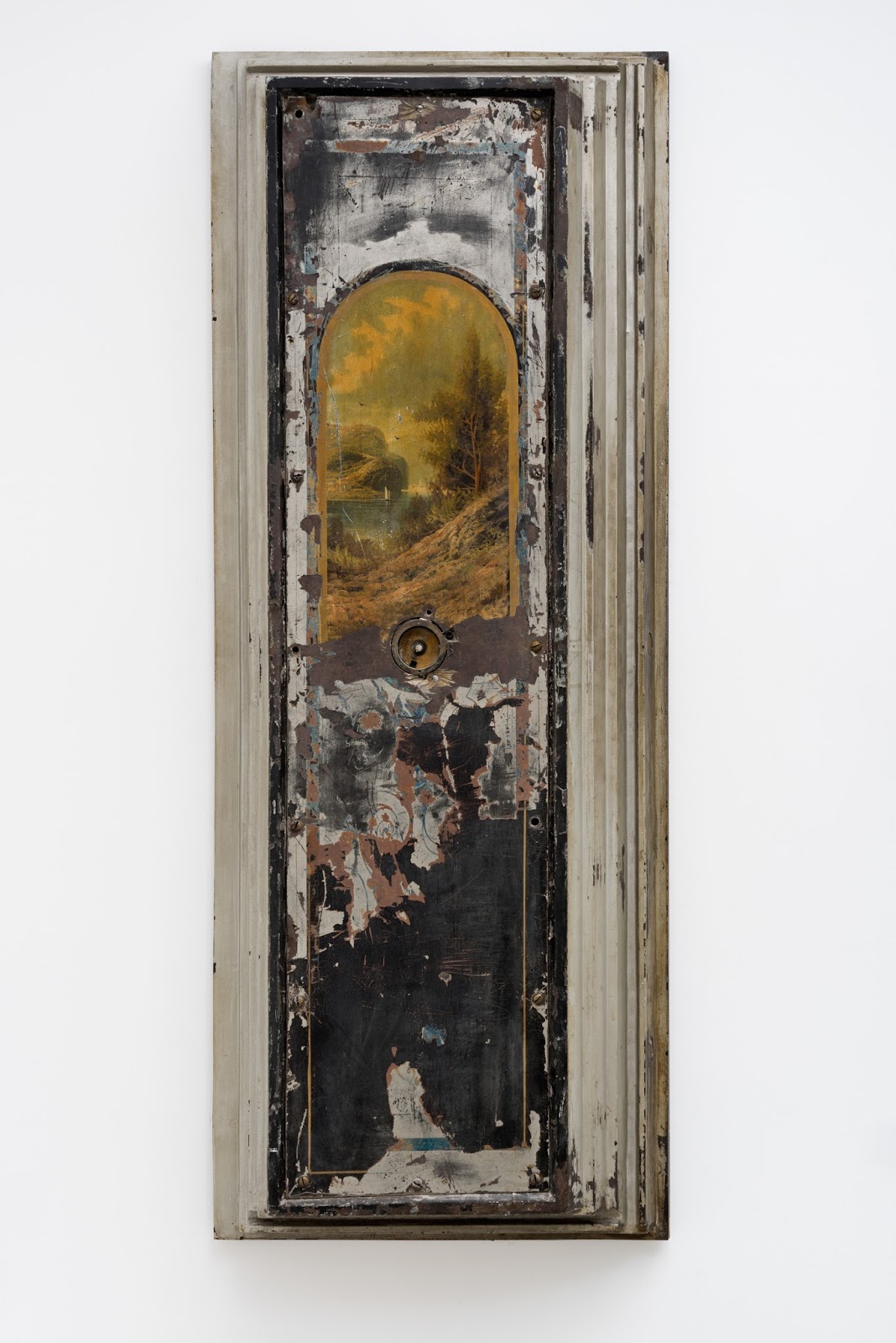 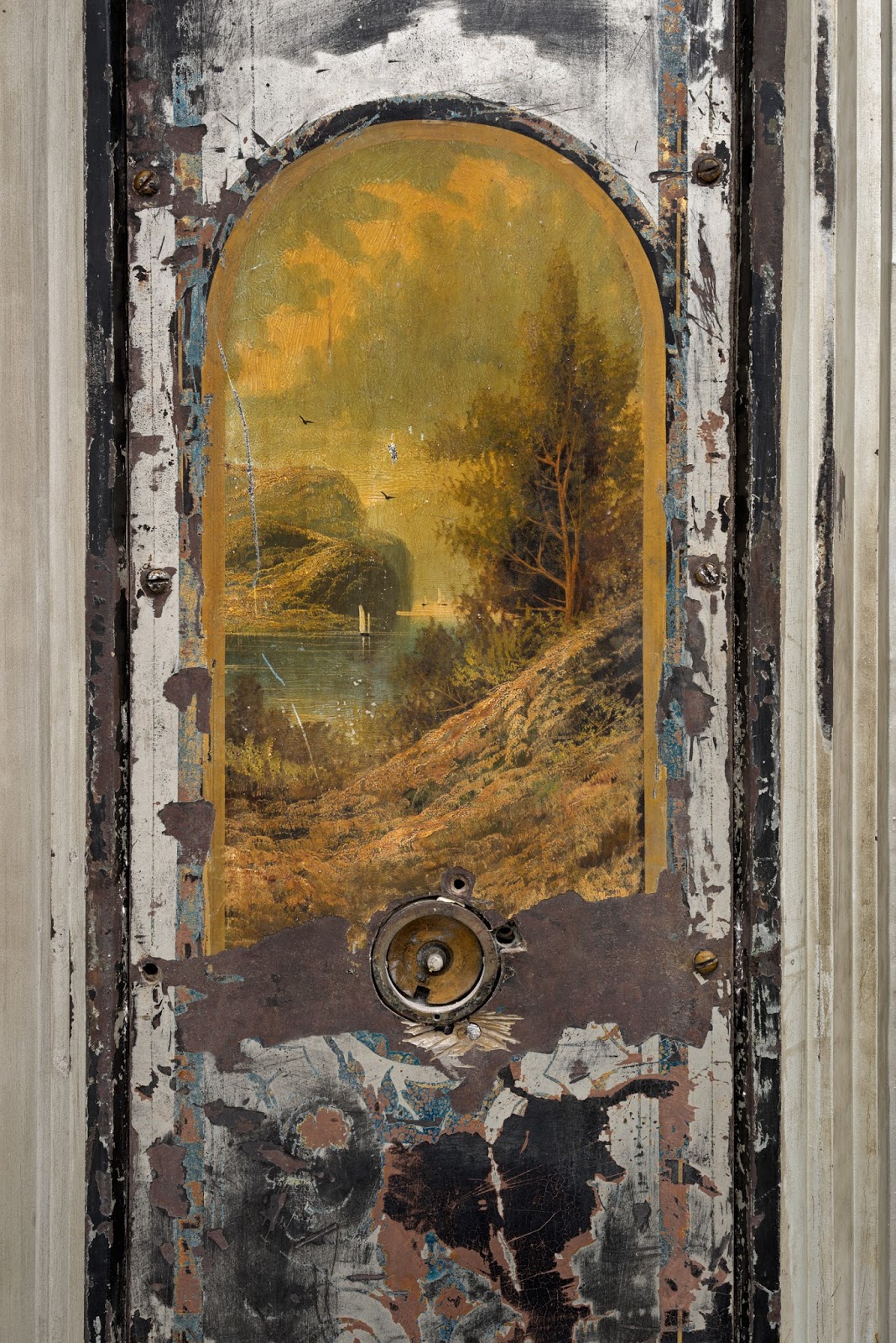 CLOSING is comprised of three objects. The first is a sculpture of a hand cast in pigment, with bent copper dowels puncturing the fingers in order to suspend coins between digits. The second object is a safe door from the 1860s that has been turned around to display a painting of a bucolic landscape on its interior, a typical feature of manufacture at the time. The third is a photograph of the safe’s empty interior taped to the inside of the gallery’s glass door.

Suspended in gesture atop a stack of found objects, the hand conducts a system of coins and copper, a sort of abacus. The rods materialize potential trajectories along which the coins are paused. These intervals amid tenses suggest a potential relationship between time and value, similar to fiat currency. Unlike earlier currencies, which were predicated on the material worth of coinage or the price of gold, fiat currency holds only faith-based, market value: its price better represents the moment it alighted from fluctuation than any inherent or enduring value.

The safe door has been altered to remove the text that previously bordered the painting — the object’s provenance, origin and manufacturer — freeing the image from its representative relationship to ownership and property. Despite its obsolescence in a dematerialized economy, the safe has proved to be timeless: impenetrable, immovable, and nearly indestructible. The landscape that once sat locked behind doors now rejects closure with indefinite openness.