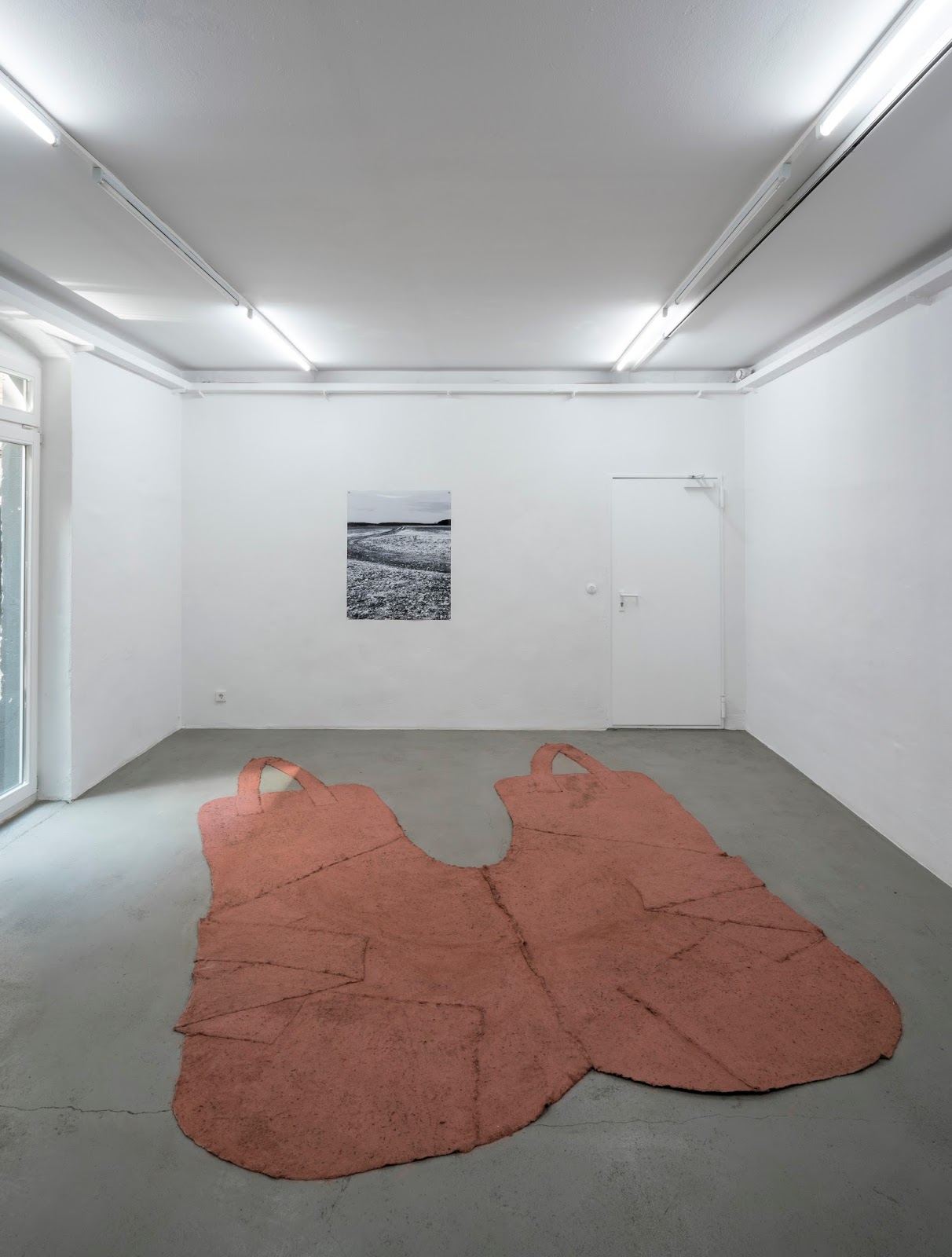 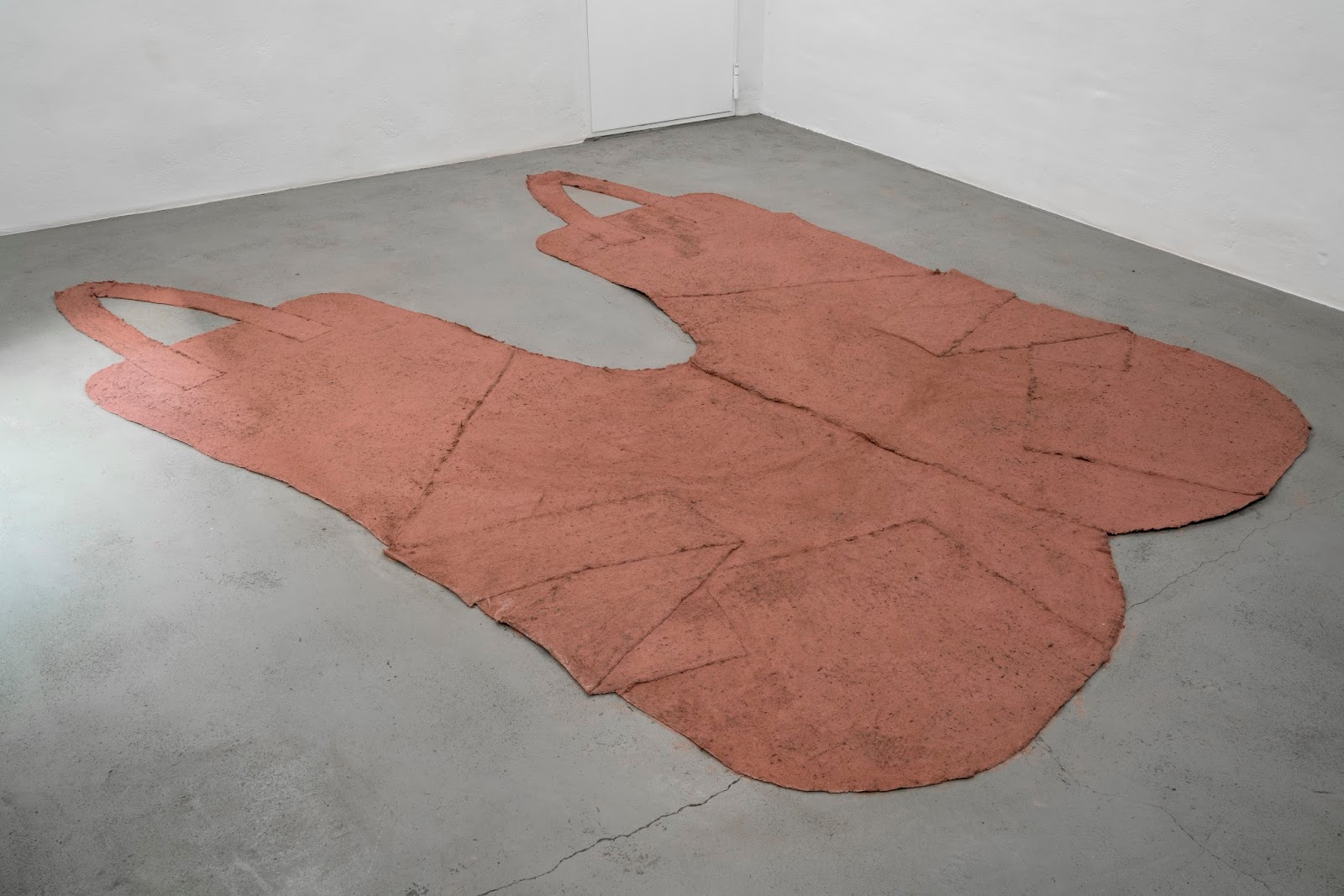 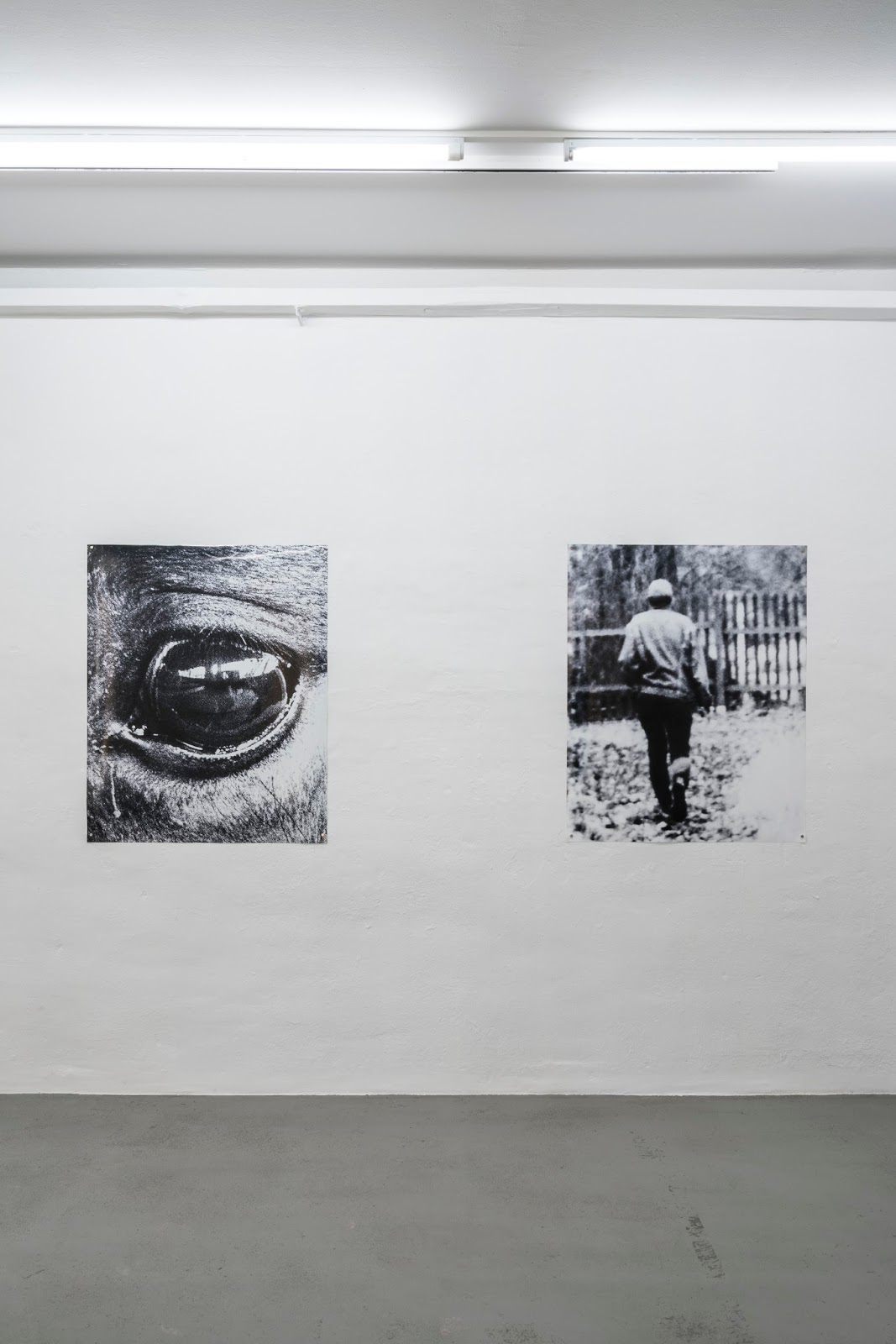 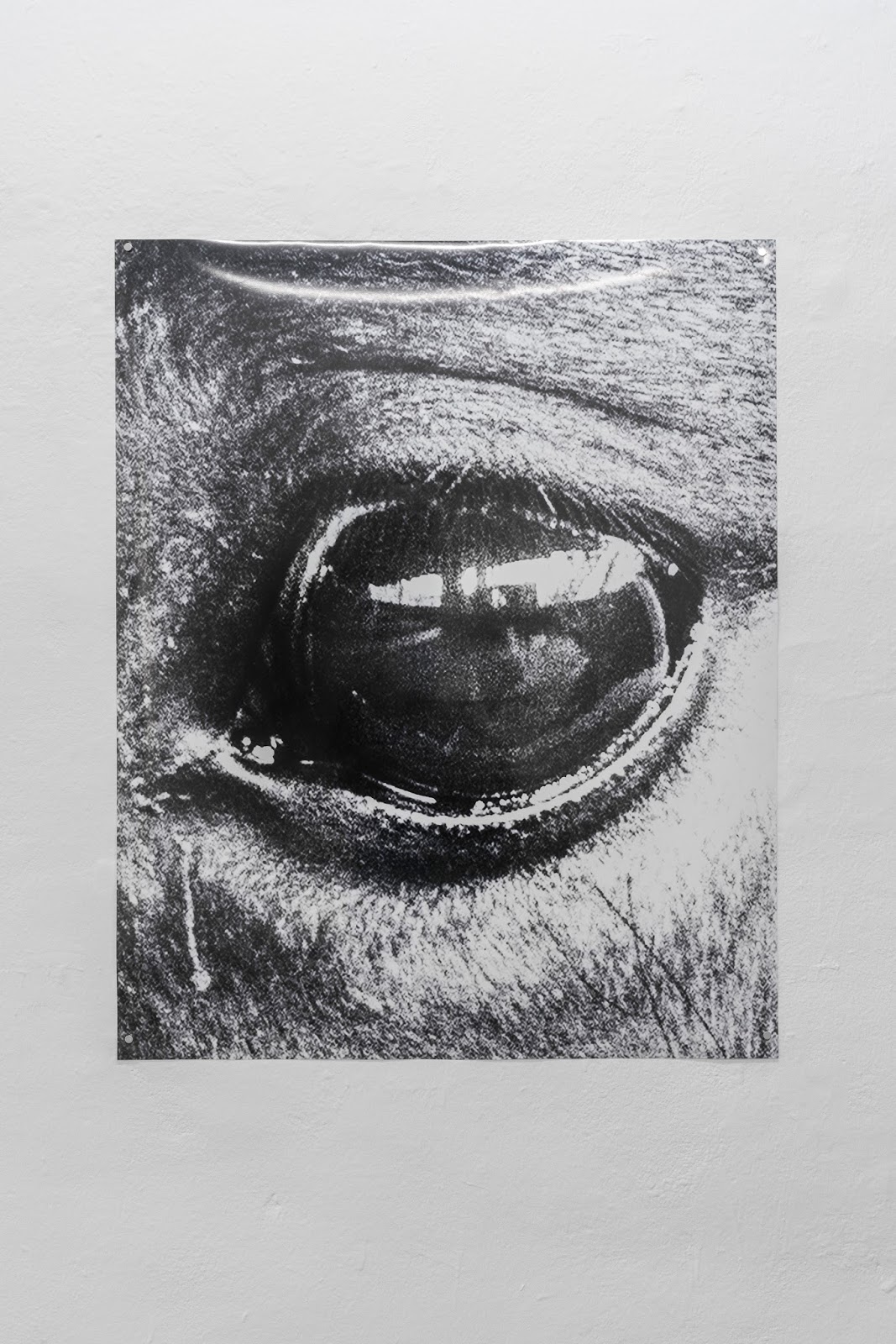 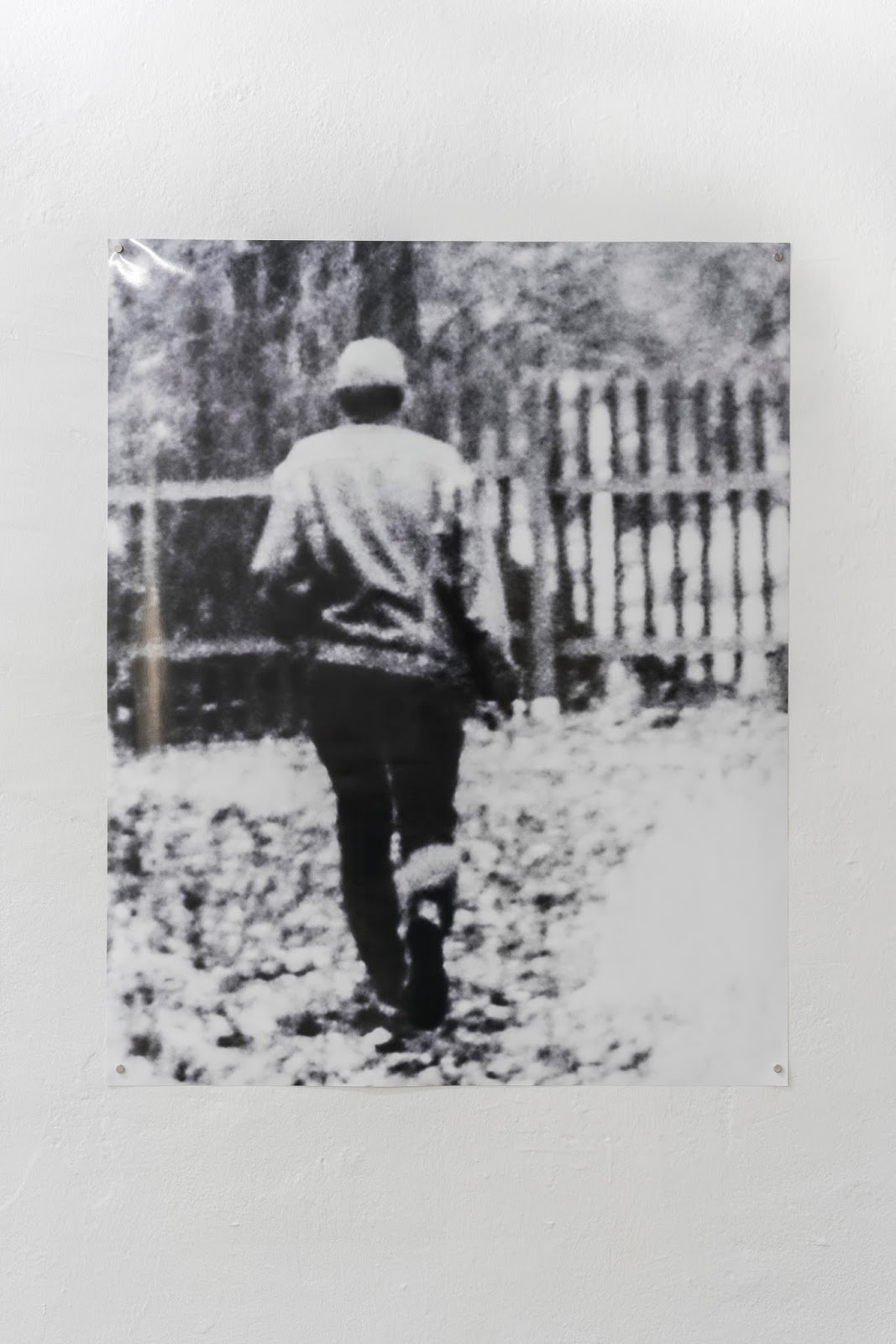 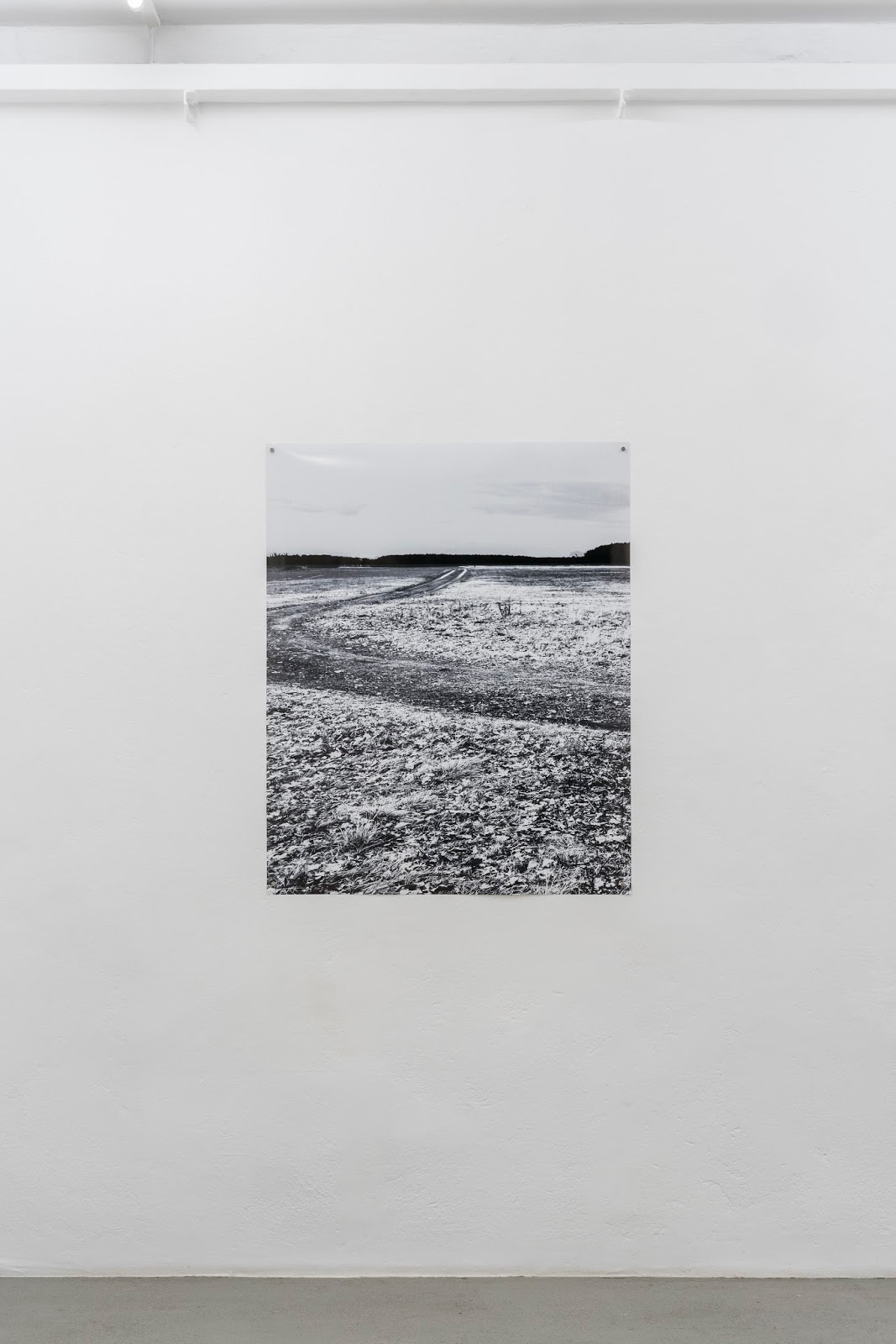 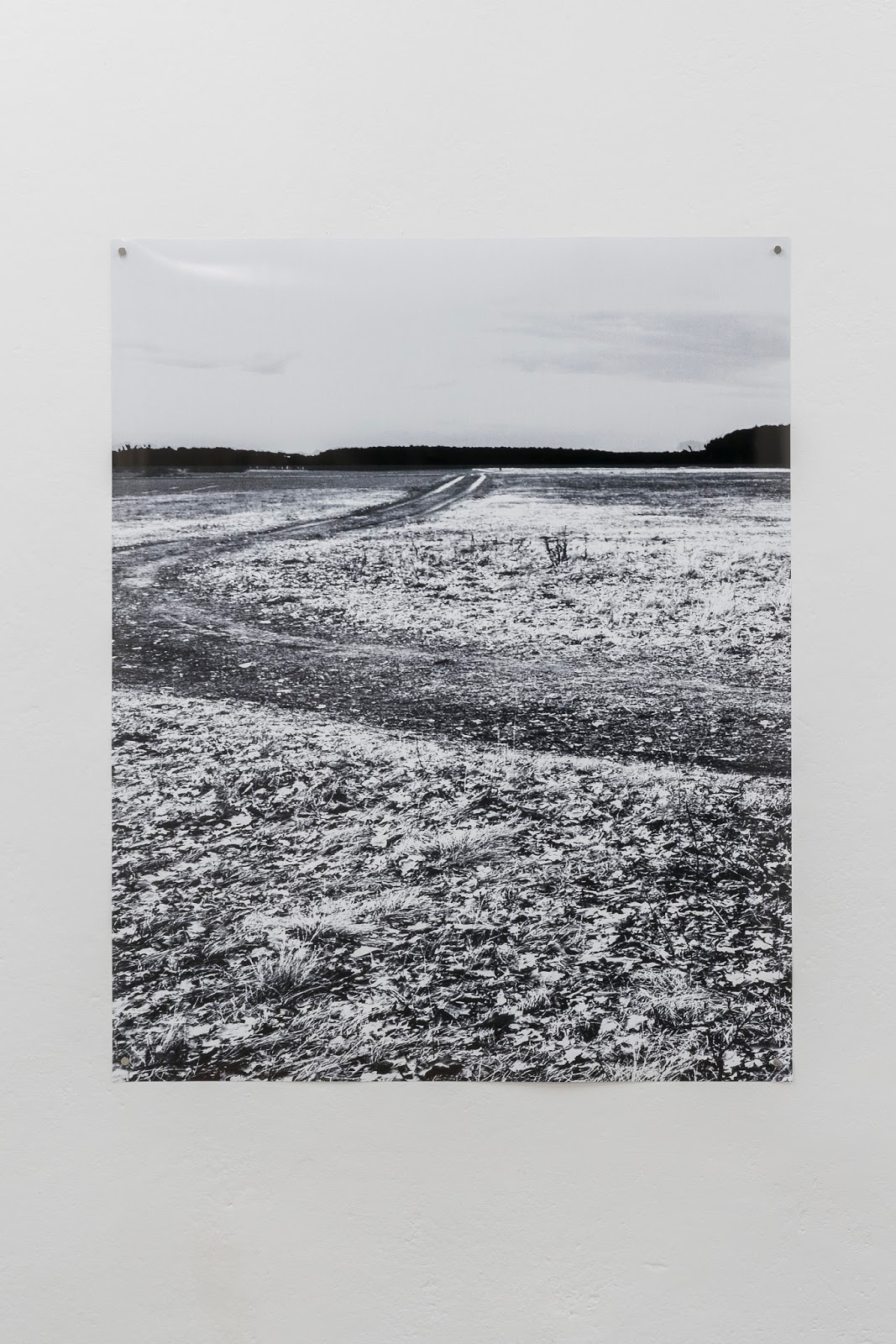 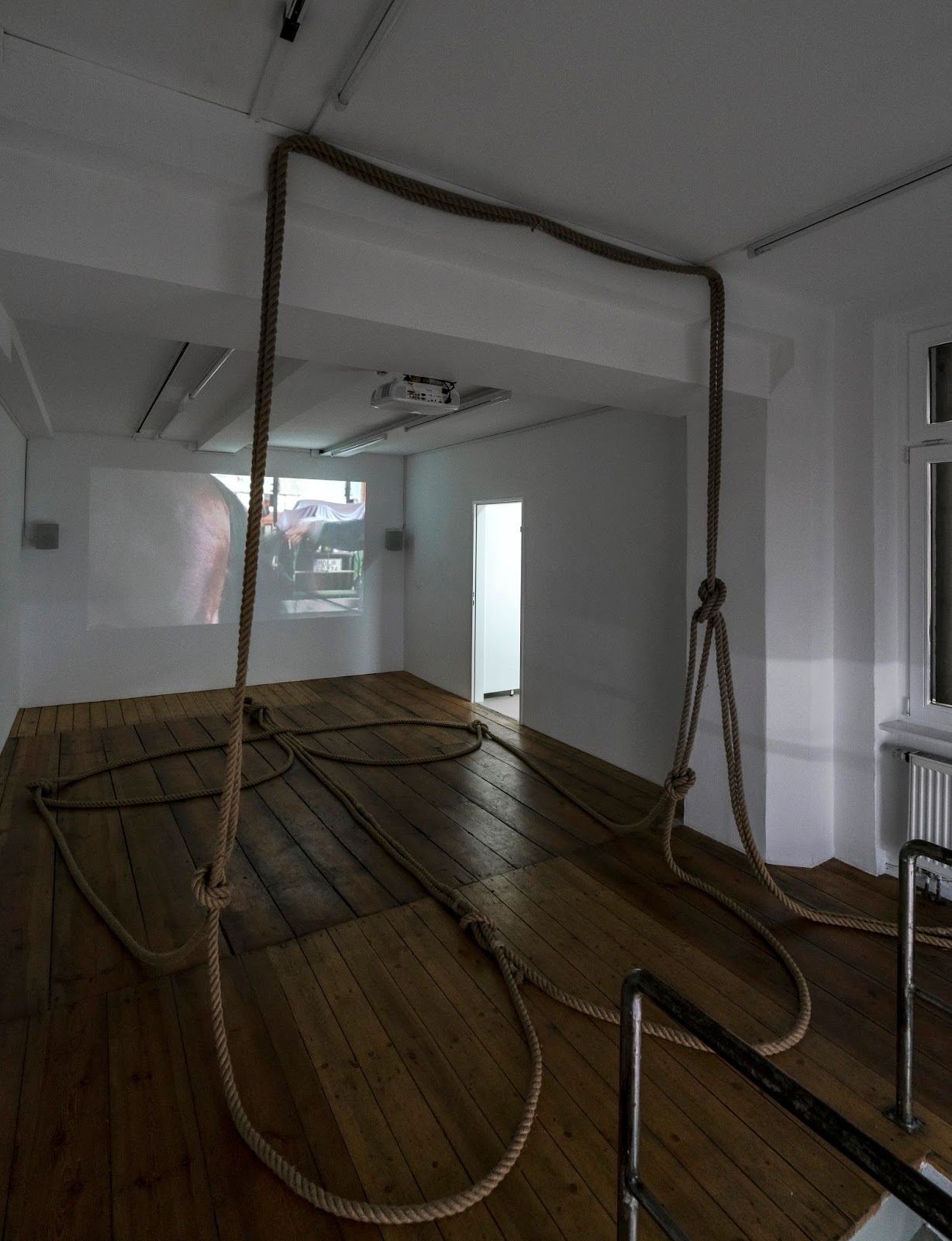 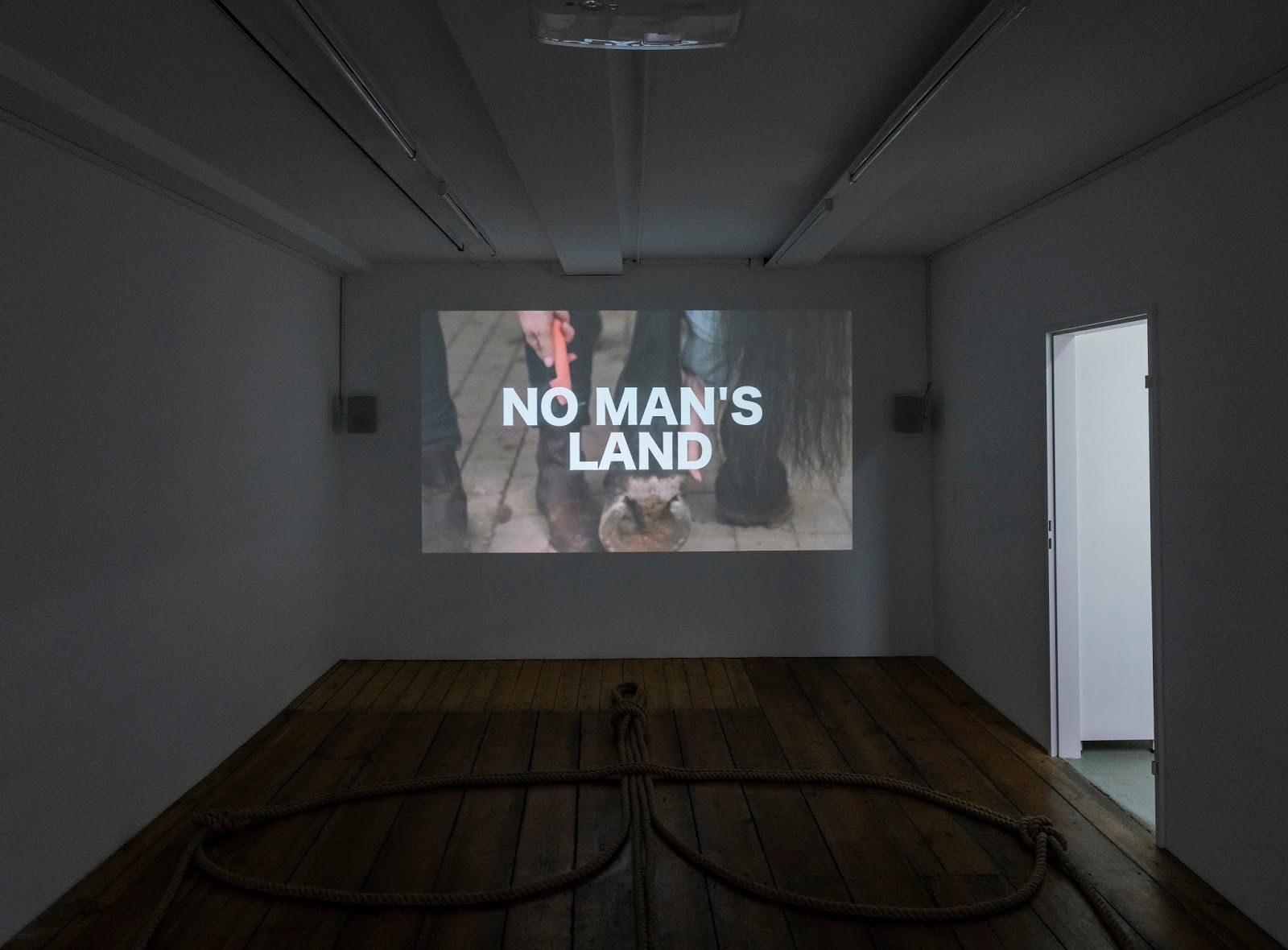 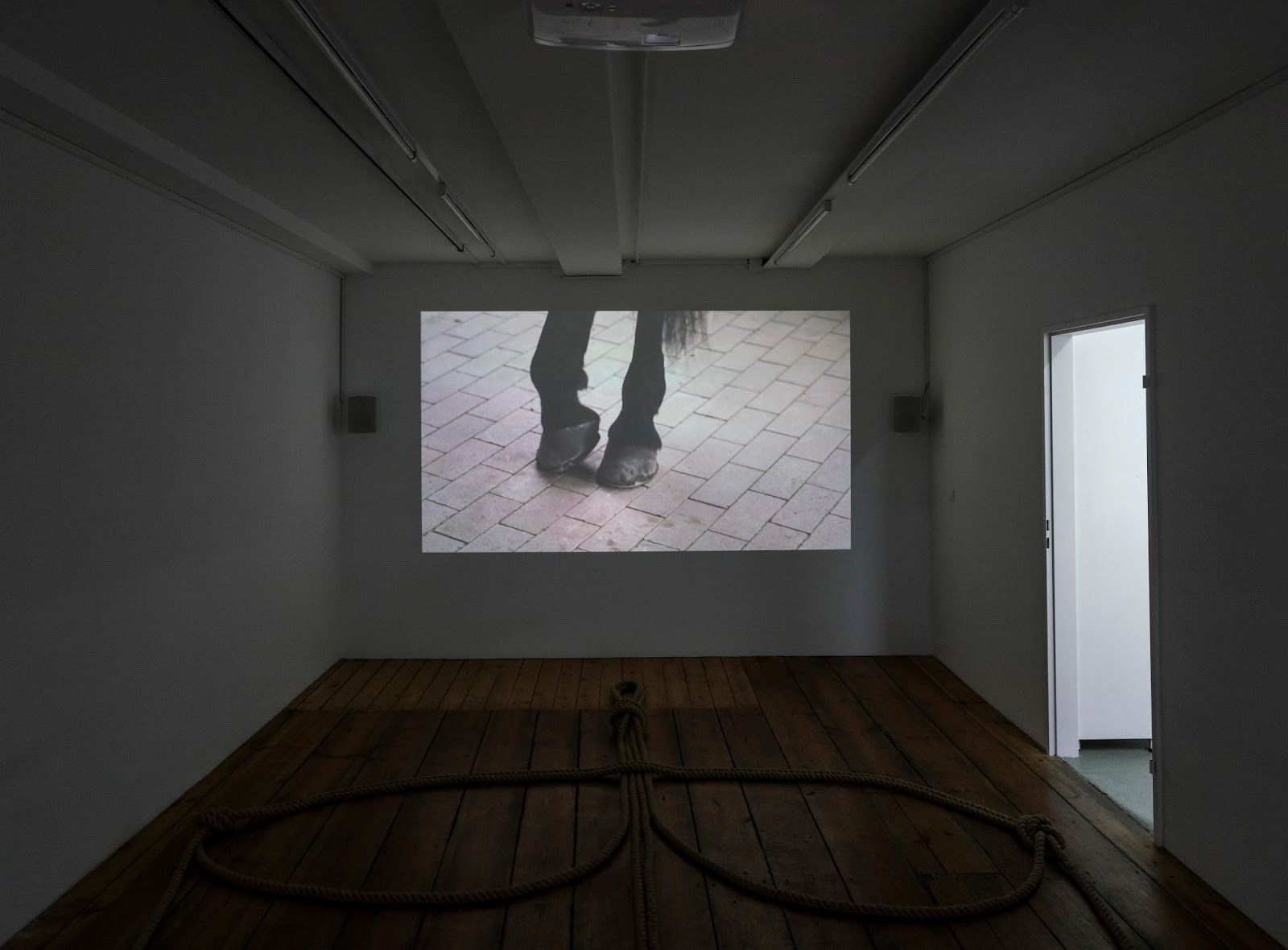 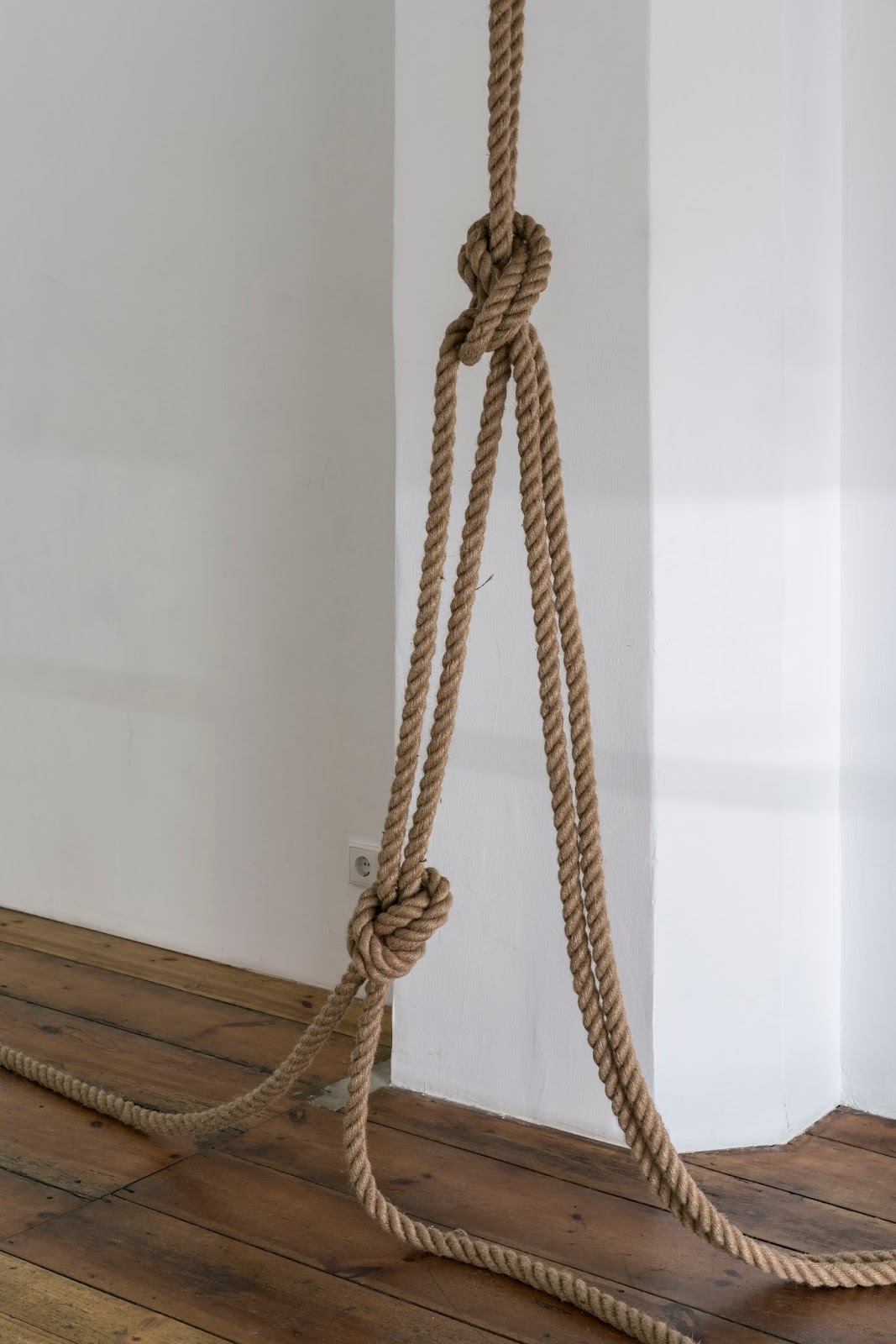 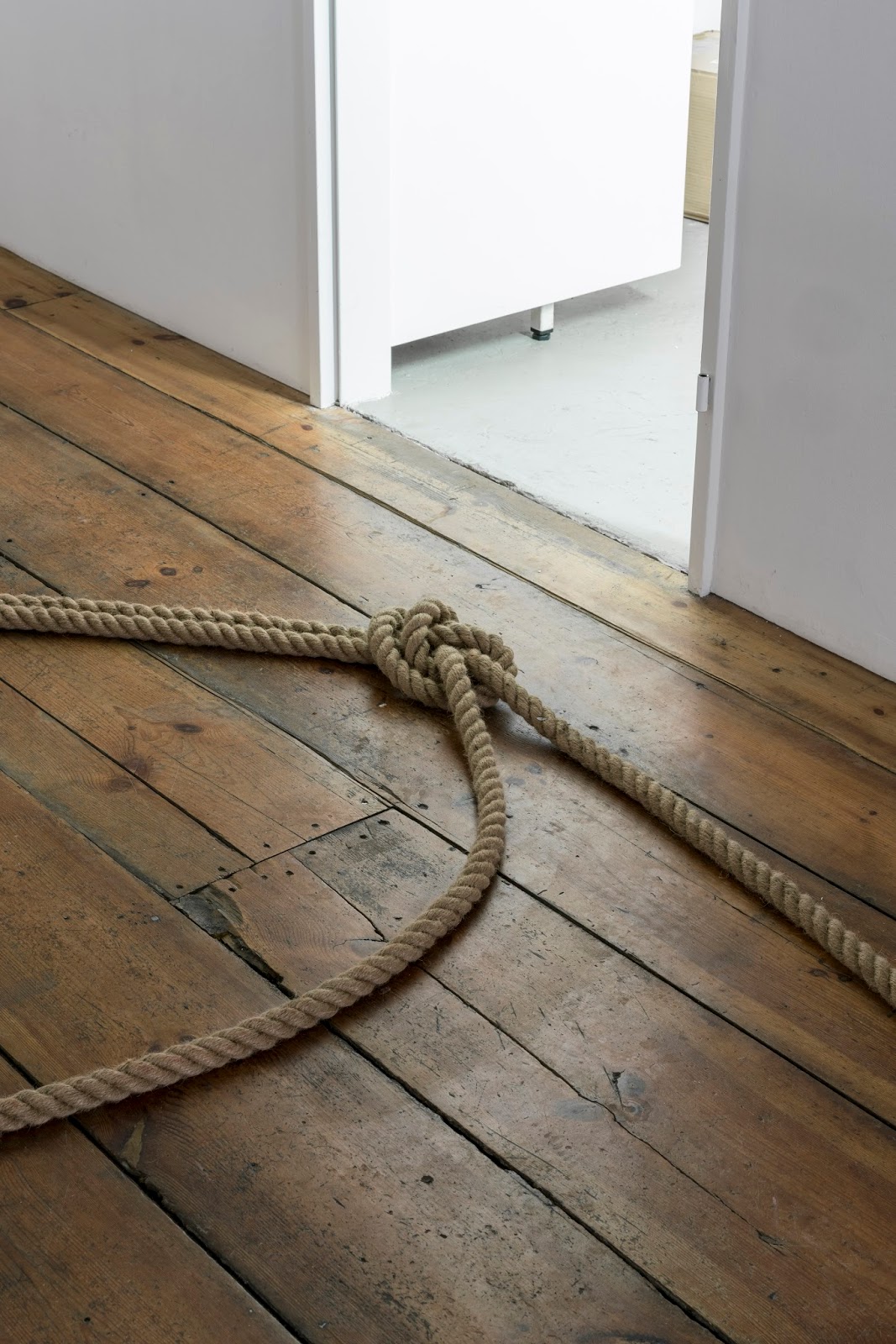 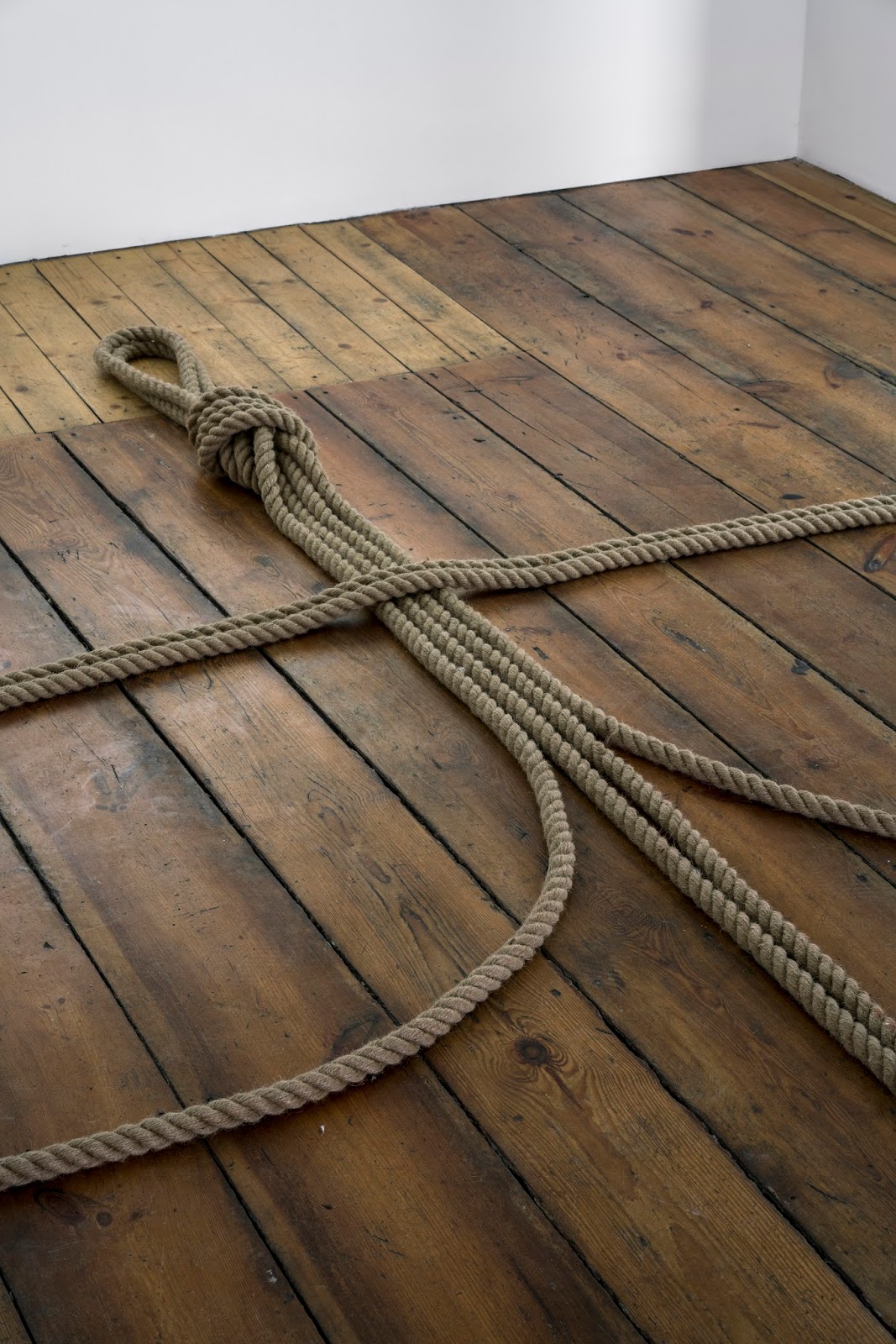 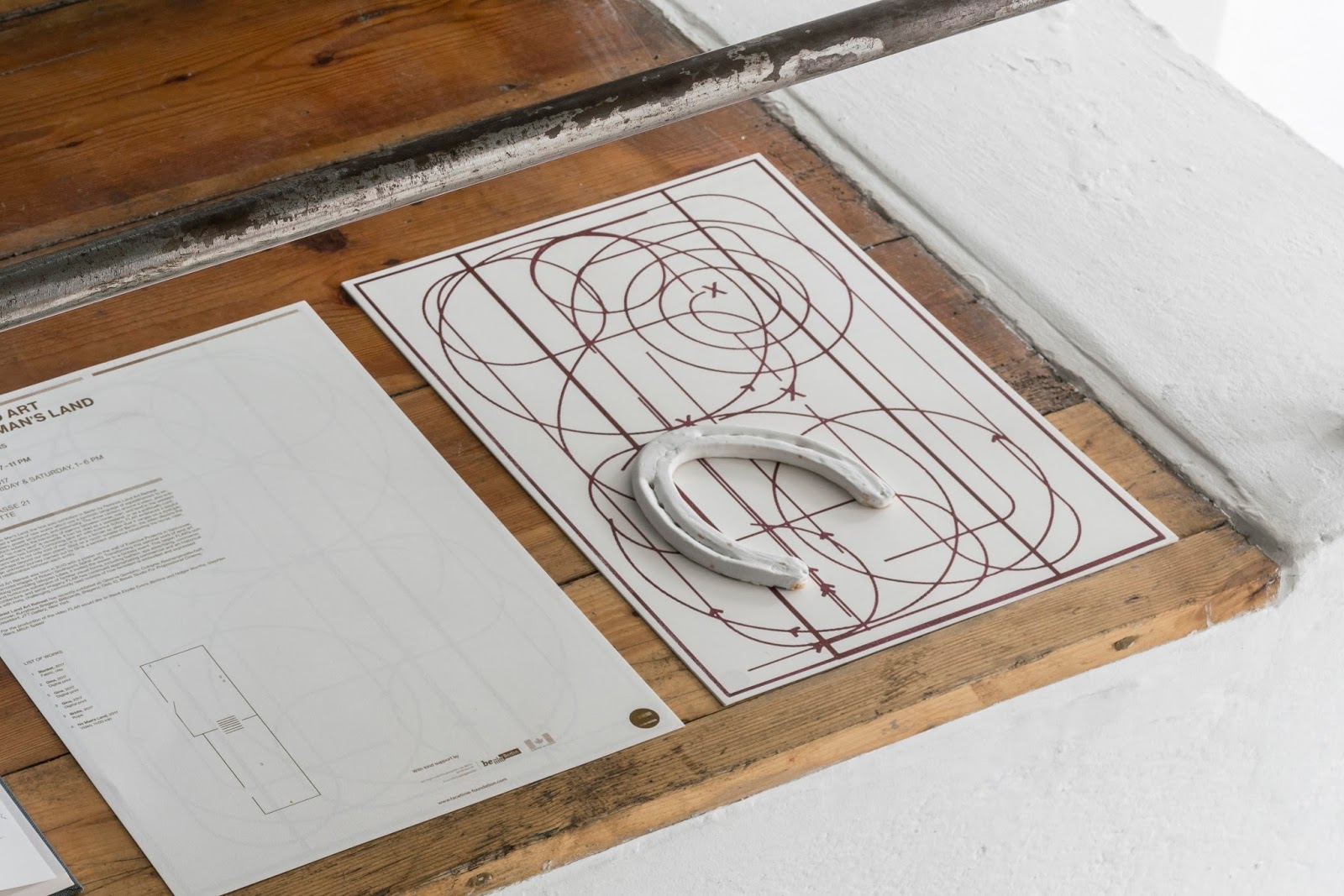 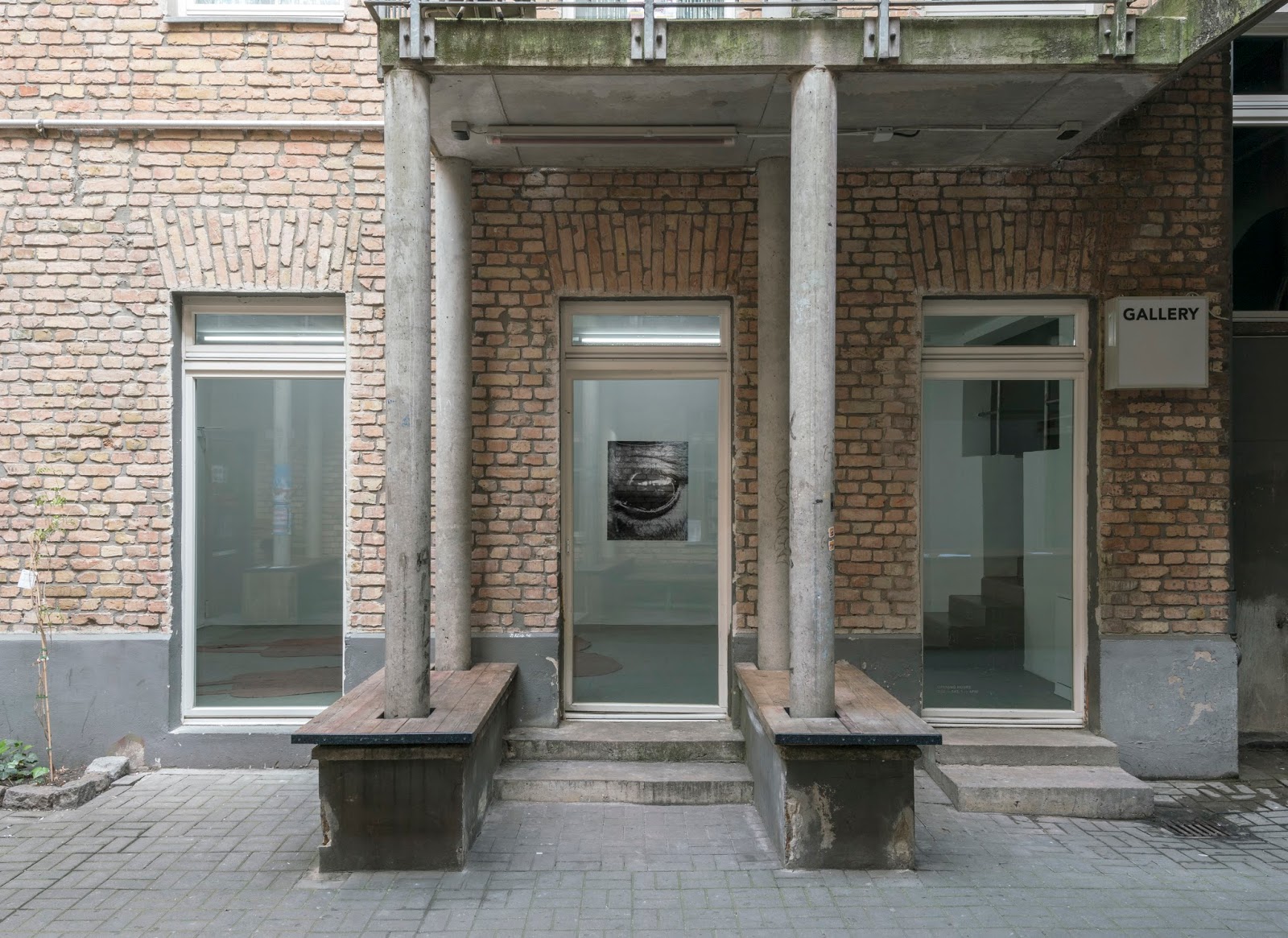 ACUD gallery presents No Man’s Land, the first solo-exhibition in Berlin by Feminist Land Art Retreat (FLAR). FLAR has created a series of new works which use a symbolic language of equestrianism to explore questions of frontiers, power structures, and materiality. The show centers around a video, also entitled No Man’s Land, which subverts the hierarchy of agency between horse, man, and land in the western genre. The concept of “no man’s land” is versatile: it can be read as a wasteland, or as a politically-contested liminal area between two forces. Combining land art with science fiction, FLAR embraces a playful reading. This no man’s land is not only void of men, it is also a terrain so alien that it verges on a dystopic, futuristic vision, perhaps beyond our own planet. Shot on a ranch outside of Berlin, the video depicts the preparation for an unknown journey carried out by Gina, a sentient presence inhabiting the horse, rider, landscape, and relationships between each entity. Feminist Land Art Retreat was born in 2010 with a poster on the wall of Exercise Projects in Vancouver, depicting mirrored images of Robert Smithson’s Spiral Jetty. Transforming this seminal work of land art into something resembling fallopian tubes, it invited the viewer to a fantasy event. This began FLAR’s conceptual and humorous subversion of familiar visual forms, including fashion, spa advertising, commemorative architecture, and aerial imagery. FLAR has continued appropriating commercial and art-historical images with irony, challenging commonly held notions of how feminism is embodied and expressed. Feminist Land Art Retreat has recently exhibited at: Ginerva Gambino, Cologne; Kestnergesellschaft, Hannover; Kunsthaus Bregenz Billboards, Bregenz; Oslo 10, Basel; Studio For Propositional Cinema, Düsseldorf; JTT Gallery, New York.