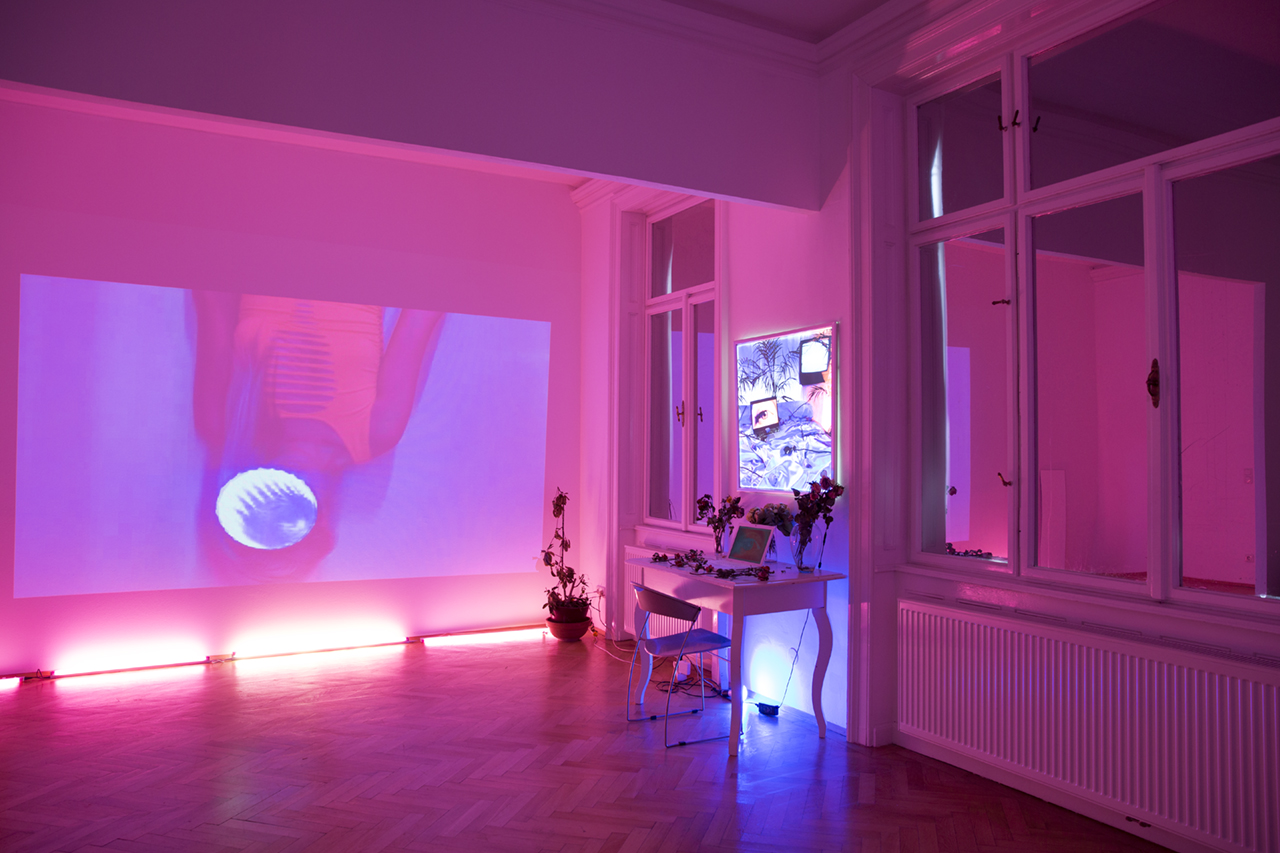 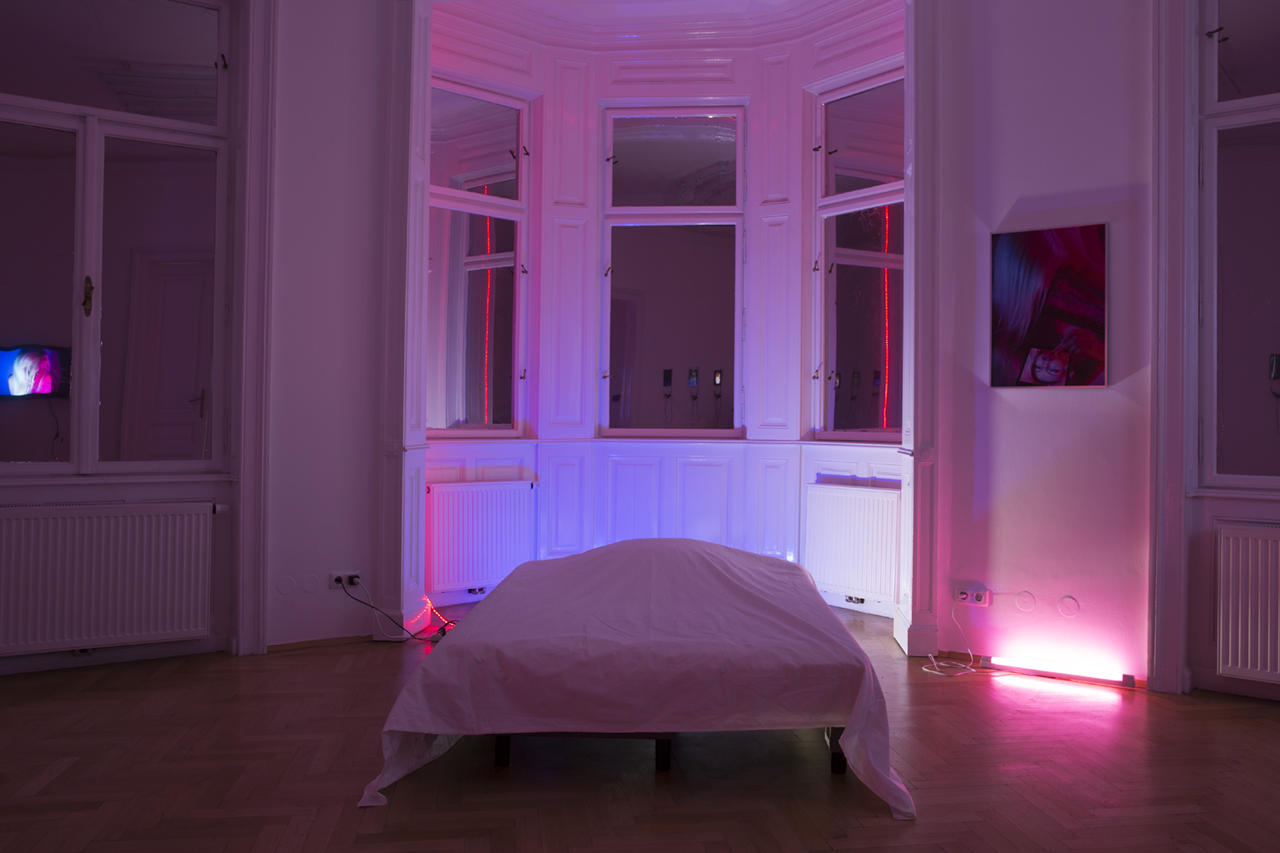 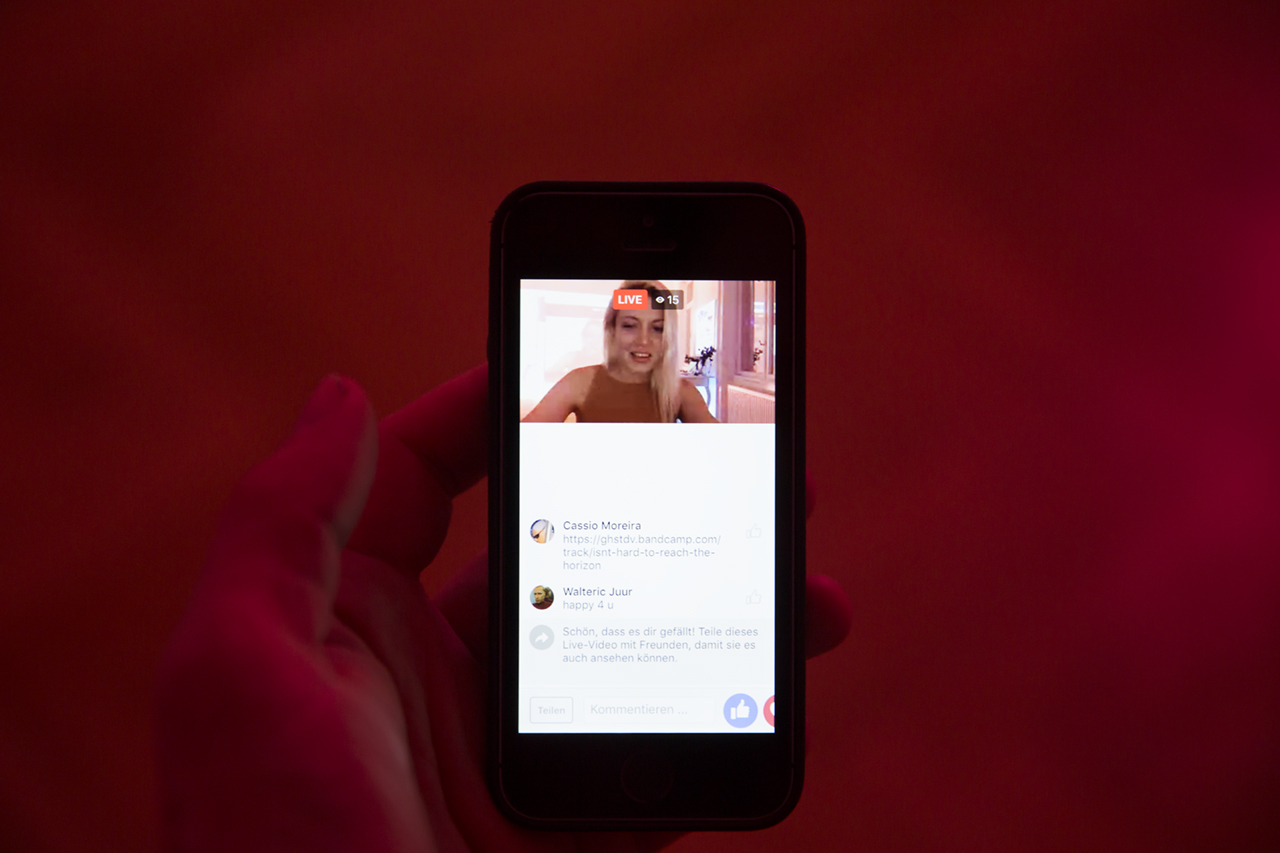 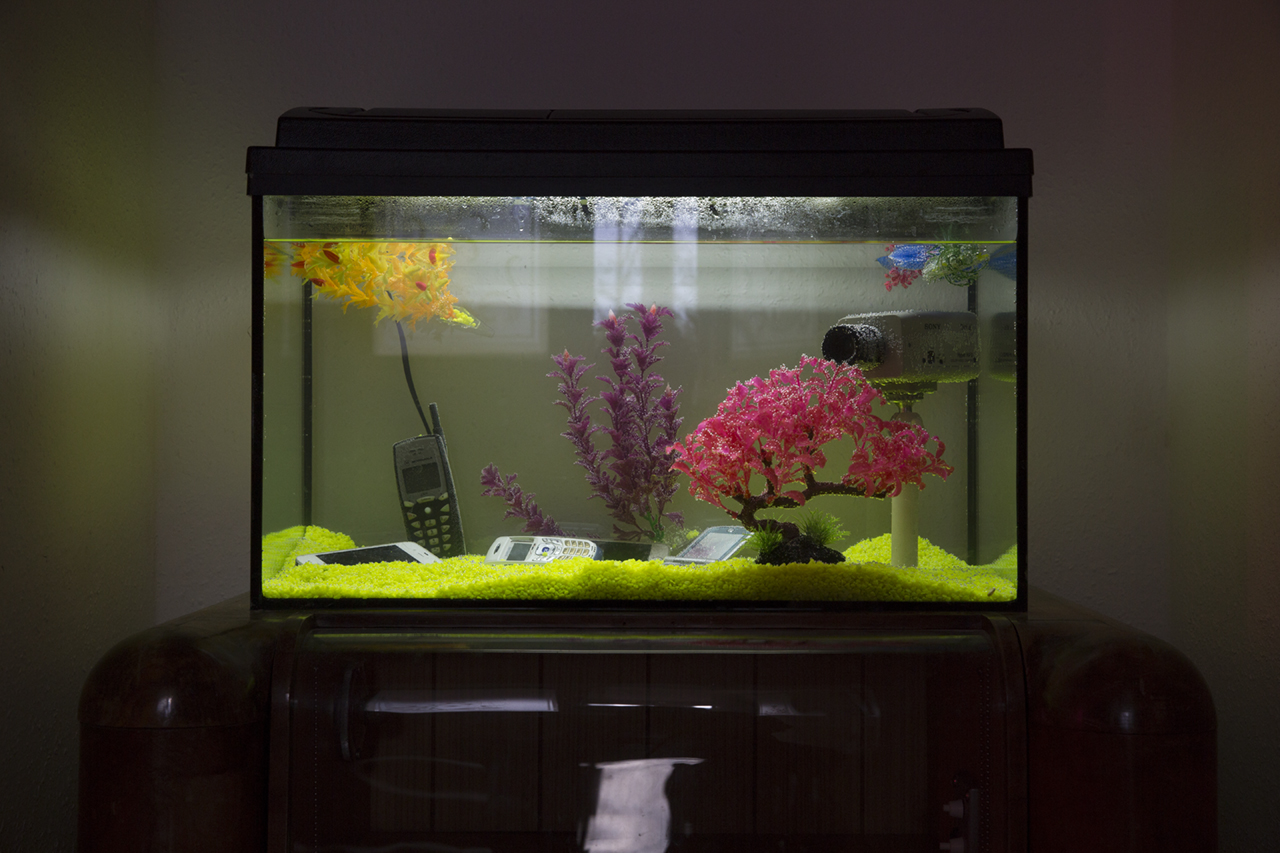 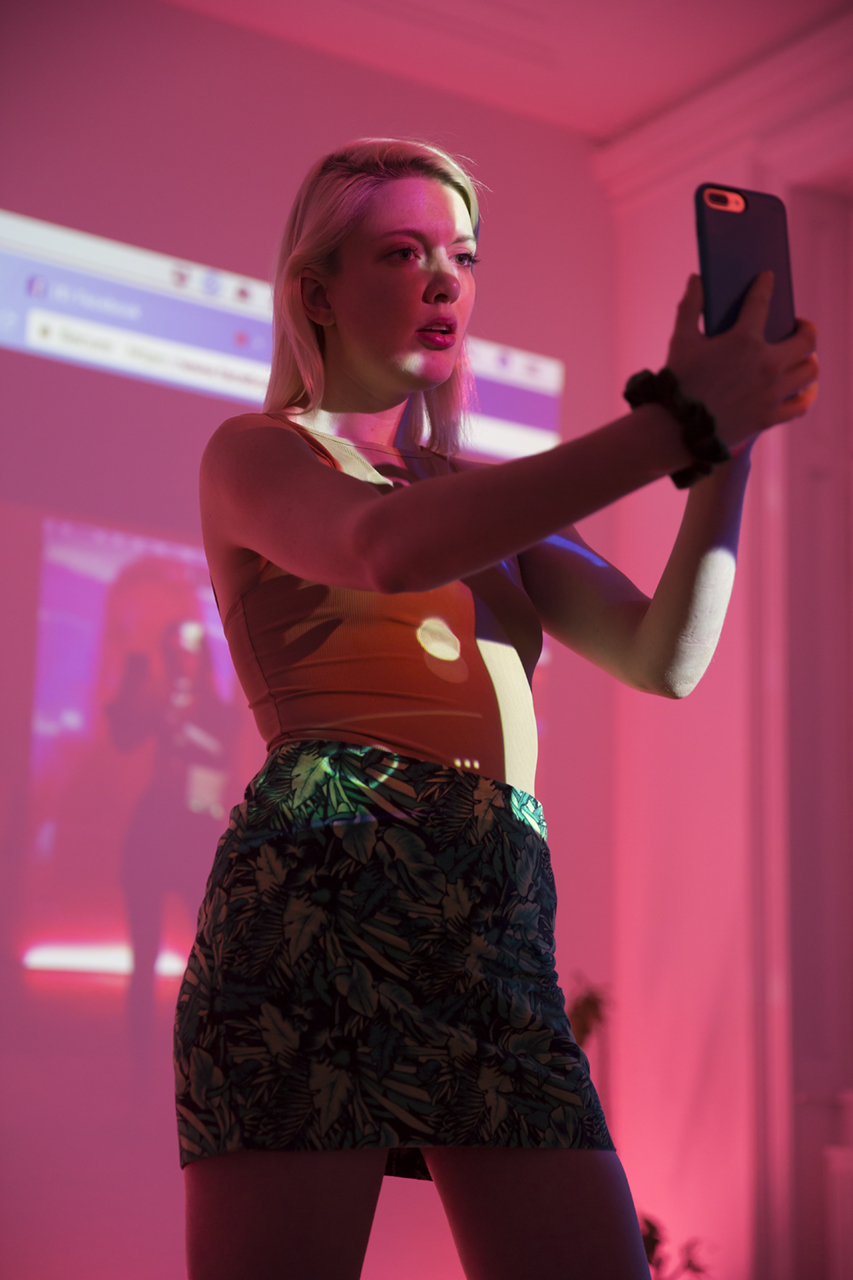 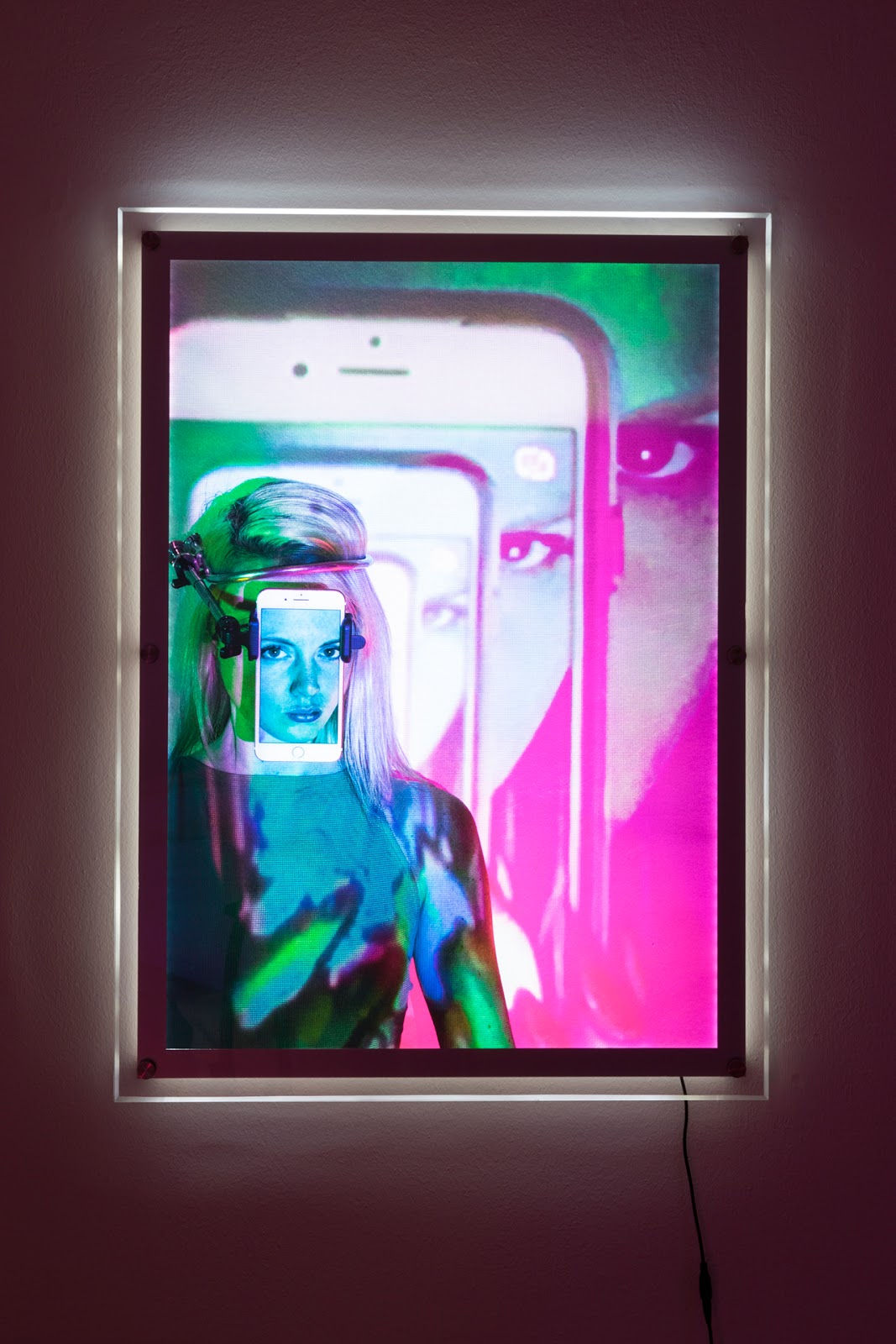 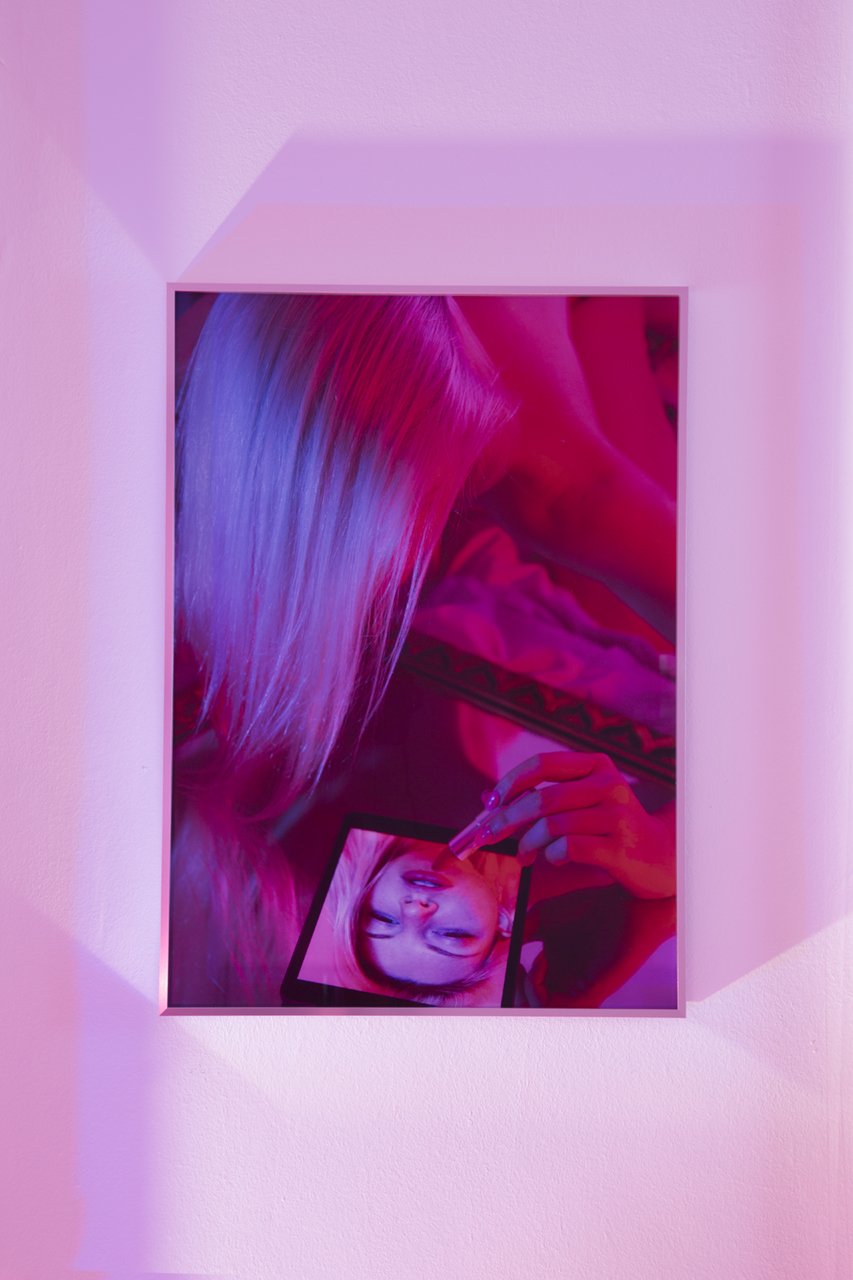 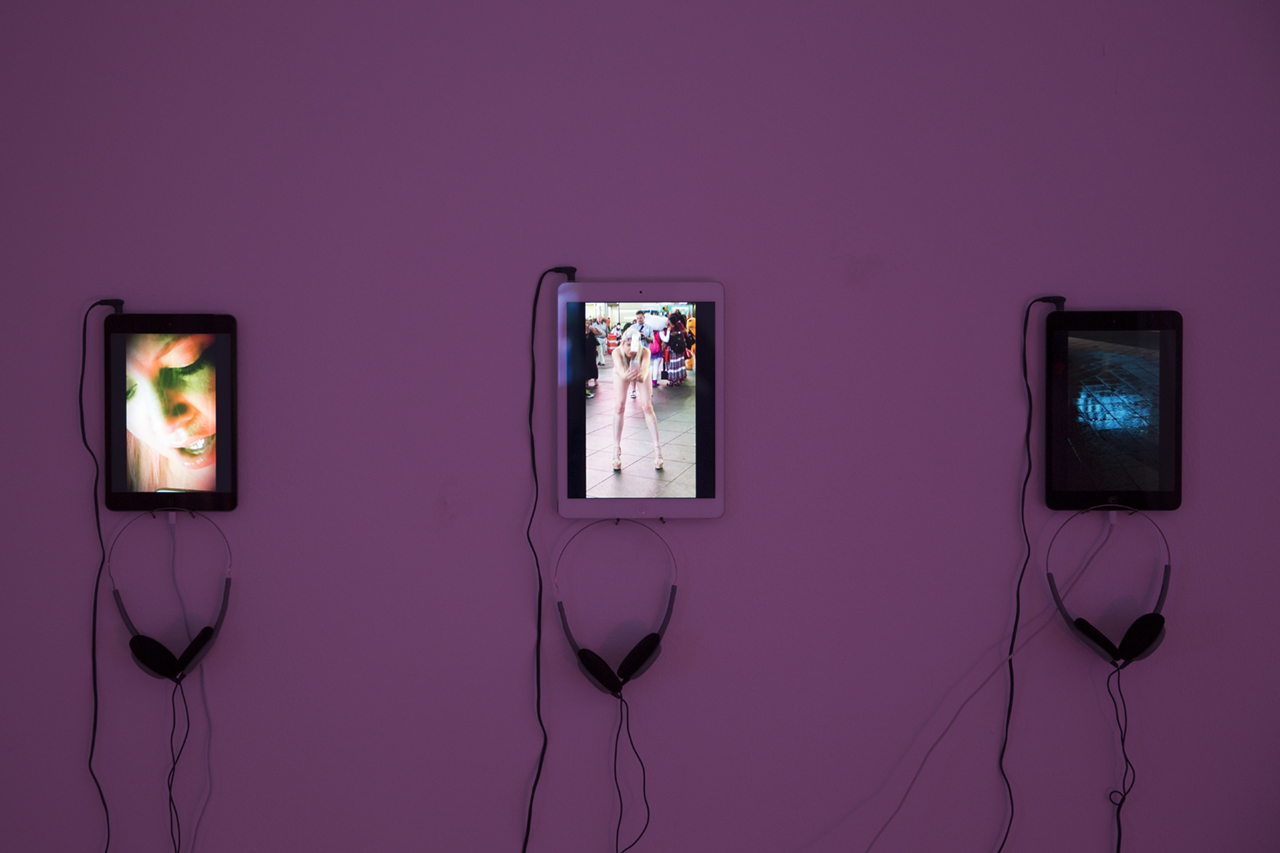 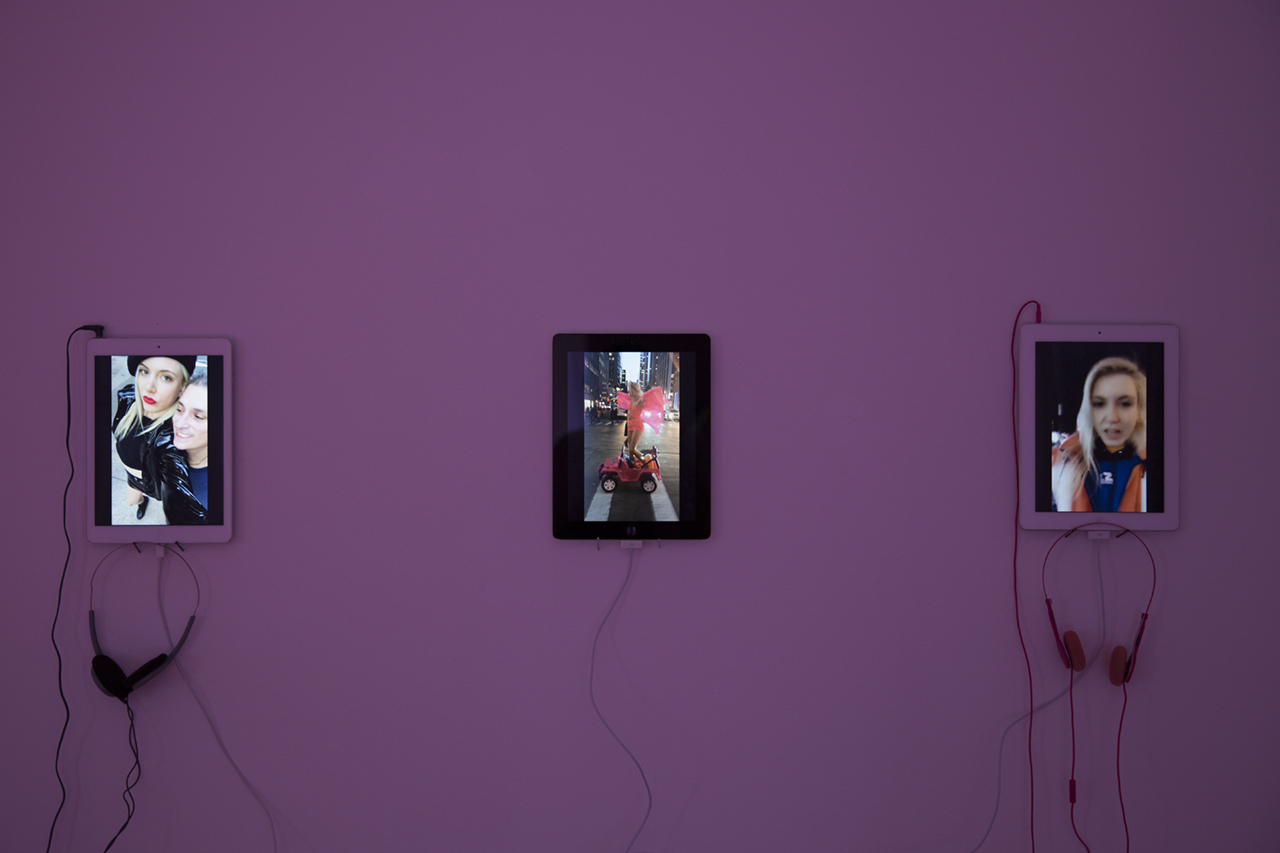 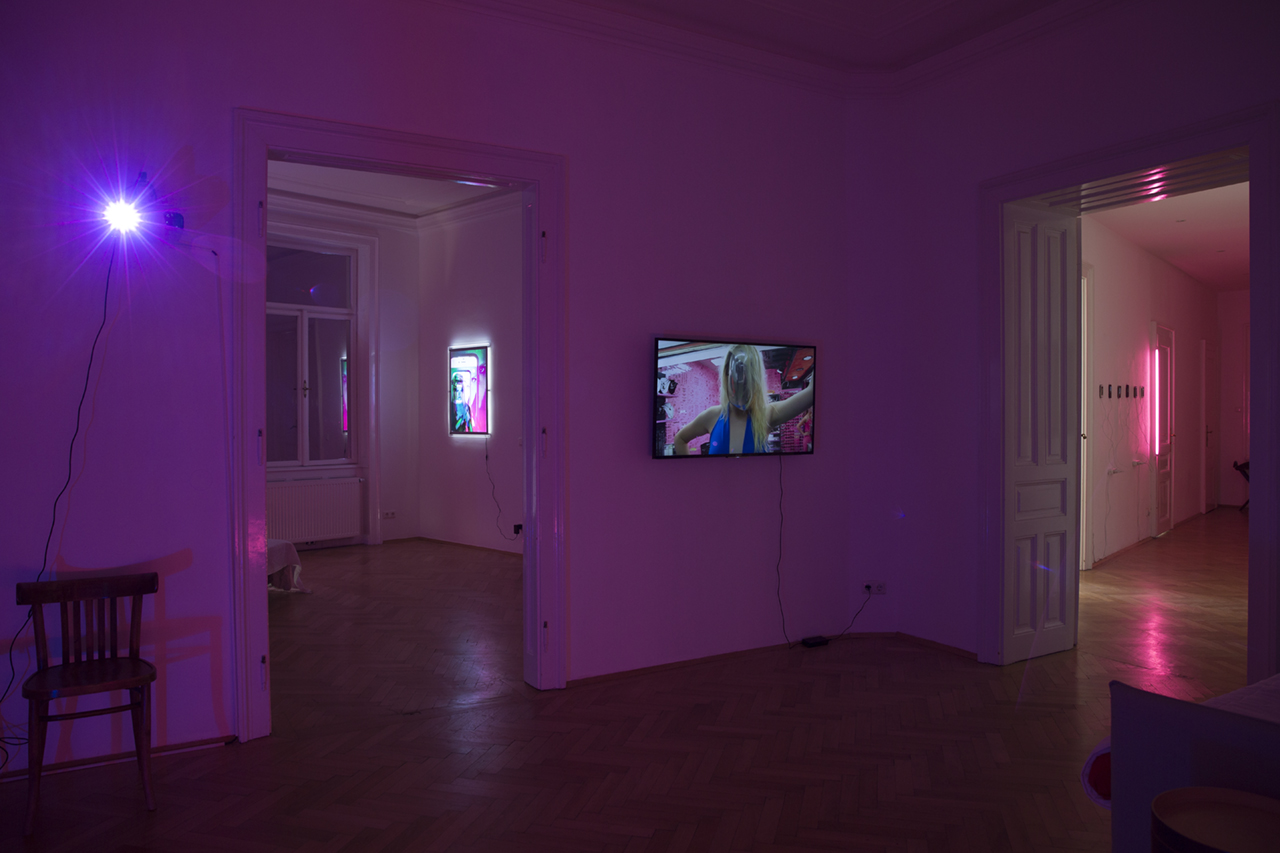 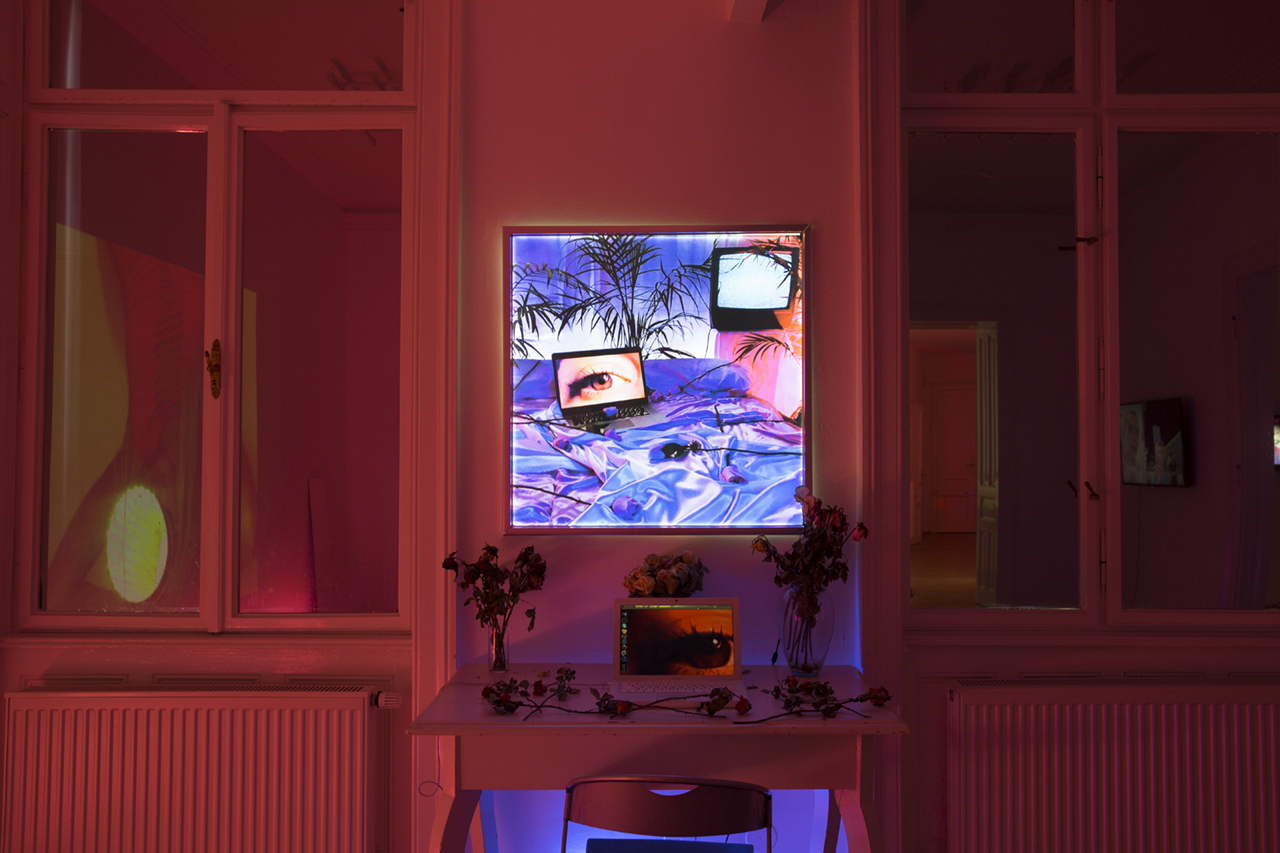 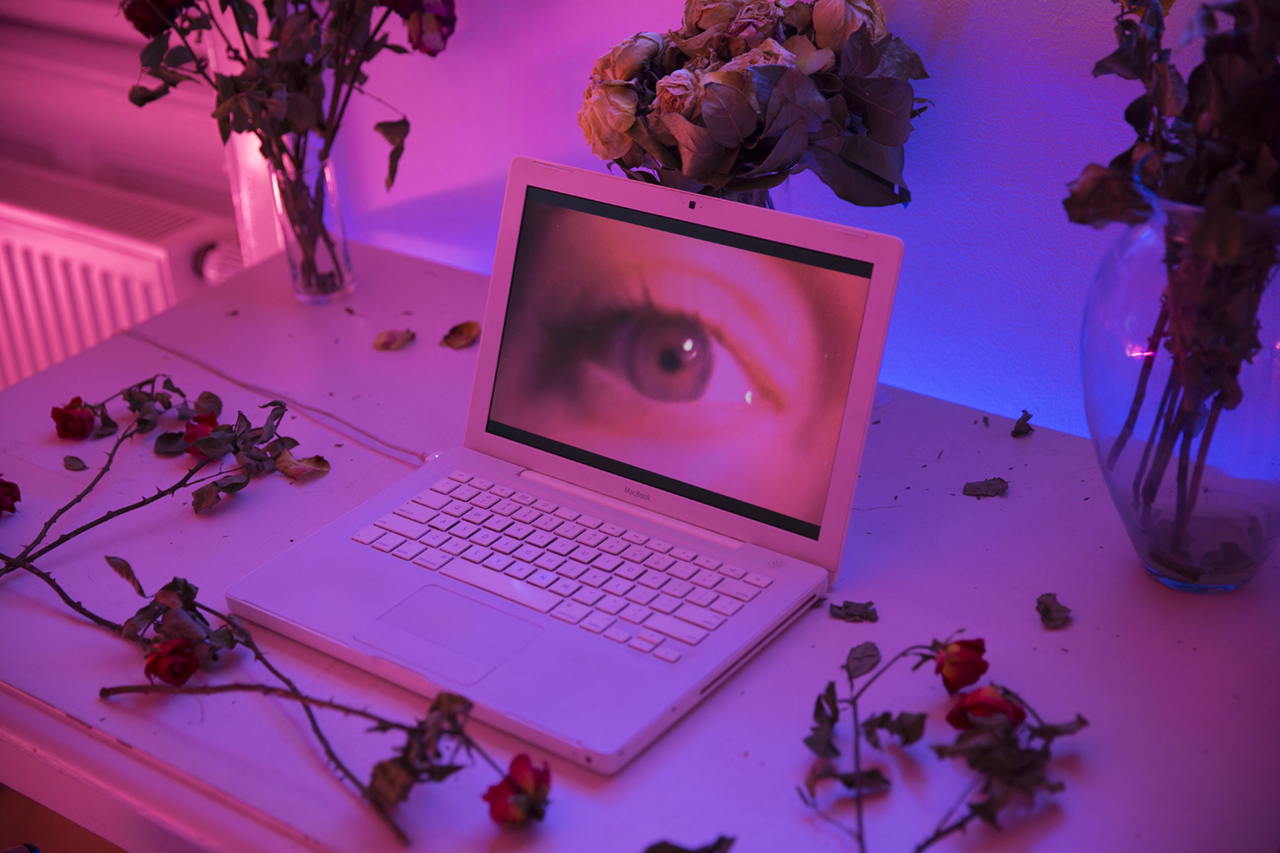 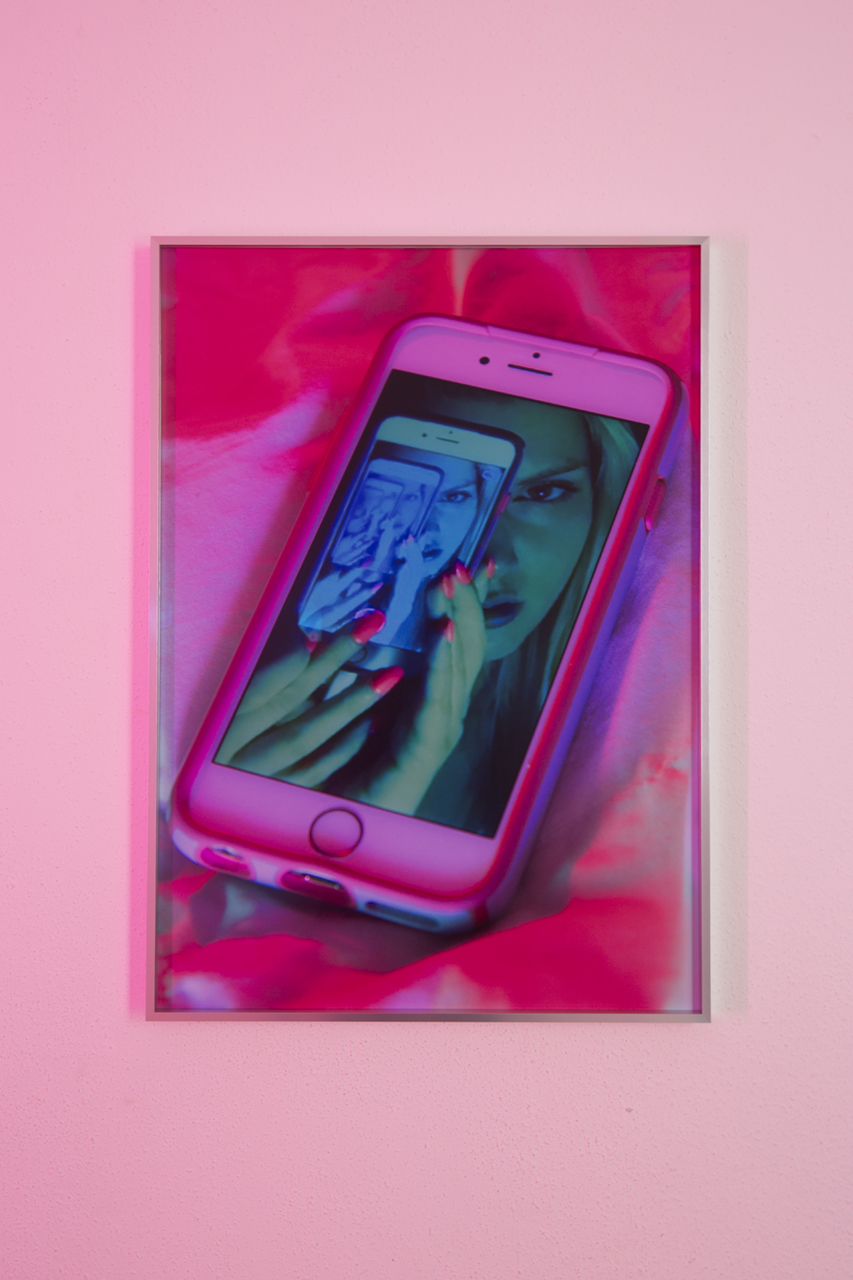 During the height of the 2016 American presidential primaries, just shy of a year before Donald Trump’s ultimate inauguration, artist Signe Pierce convened a small group of spectators outside of Trump Tower in New York City. Acting as a hyperbolic valley girl dressed in a soft pink velour tracksuit, Pierce, unhinged and crying, documented herself vomiting up a Starbucks Frappuccino in a series of selfies. The performance was part of BOOKLUB 10, curated by India Salvor Menuez in conjunction with Oceans of Images: New Photography 2015 at the Museum of Modern Art, an exhibition that sought to examine the various elements of perception using the photographic image as its primary medium.


Pierce’s props—the tracksuit, the iPhone, the frothy beverage—are symbols of an American normality. Perhaps they are deemed “normal” for their iconic status in the marketplace; in Western society, commercial successes have long dictated popular conventions. Her actions, however—the manic selfie taking, the vomiting—were anything but standard. And yet, just as Trump conned voters by swaying attention towards his antics, Pierce’s vulgar performance disclosed a fact that can be applied to the contemporary media landscape: in a 24-hour news cycle that needs constant fodder, influence is peddled through an affinity for the obscene, not by maintaining the status-quo. What defines “normal” in a culture seeped in new media and by new modes of power are among the themes to be explored in Virtual Normality, Pierce’s first solo exhibition presented by Galerie Nathalie Halgand in Vienna, Austria.


Provoking critical interventions by manipulating social constructs is a staple of Pierce’s work, and in an era where mass communication is driven largely by technology, the artist has little interest in perpetuating a binary between digital networks and physical publics. Her practice, which spans acting, photography, and installation, treats the internet as a fluid extension of reality, finding presence wherever there are people to impact. Small gatherings, like that of her BOOKLUB 10 performance, are typically broadcasted to thousands of the artist’s online followers. And by finding inclusion in the “post-internet” canon—in which virtual media are touted for their embodiment as art objects, removed from the constraints of a web browser—Pierce has brought multidimensionality to an international roster of galleries and museums. Her work across these realms are unified by her unwavering signature style, largely expressed through vivid neon colors, dark humour, and always with a pingback to mainstream notions of femininity—as if Barbie was perpetually drenched in James Turrell's disorienting light instead of a fabled California sun.


Galerie Nathalie Halgand will display a similar environment. Using elements of set design to envision what the artist is referring to as a “hyper-real home,” the gallery space will be re-formatted as an apartment, in which visitors can experience Pierce’s work in a setting more casual than a white cube. The exhibition’s “living room” will feature various multimedia works, including a collection of Pierce’s photographs and short films, in addition to her lightboxes, which take the form of large format prints mounted upon fluorescent frames. Archival footage of the artist’s videos produced and performed on social media platforms such as Snapchat, Instagram and Facebook, will be presented on digital monitors and screens throughout the space to reinforce the sense of digital immediacy common in Pierce’s work. Virtual Normality will also include an original performance, staged in the gallery’s “bedroom”, to be live-streamed online for 24-hours.