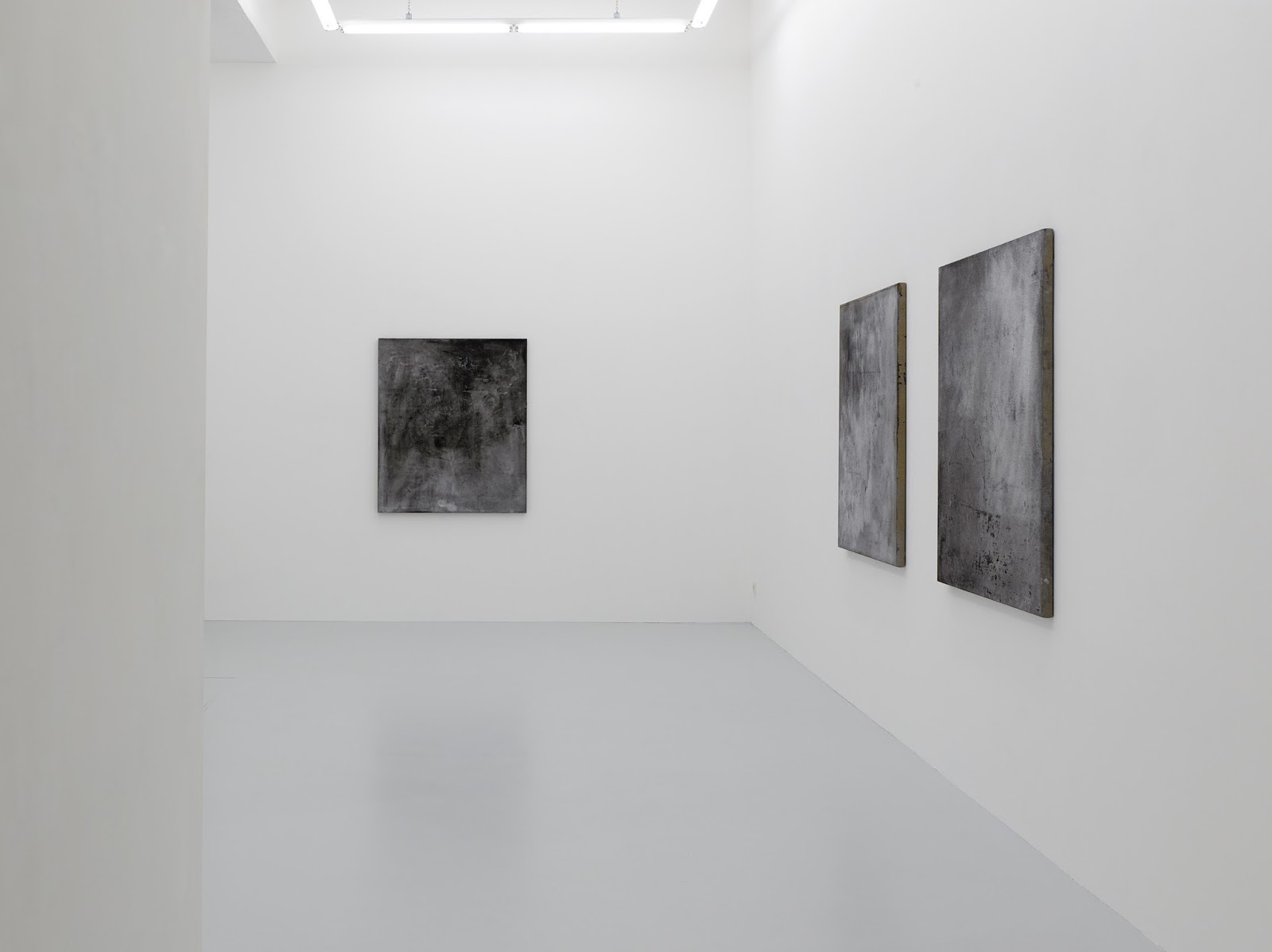 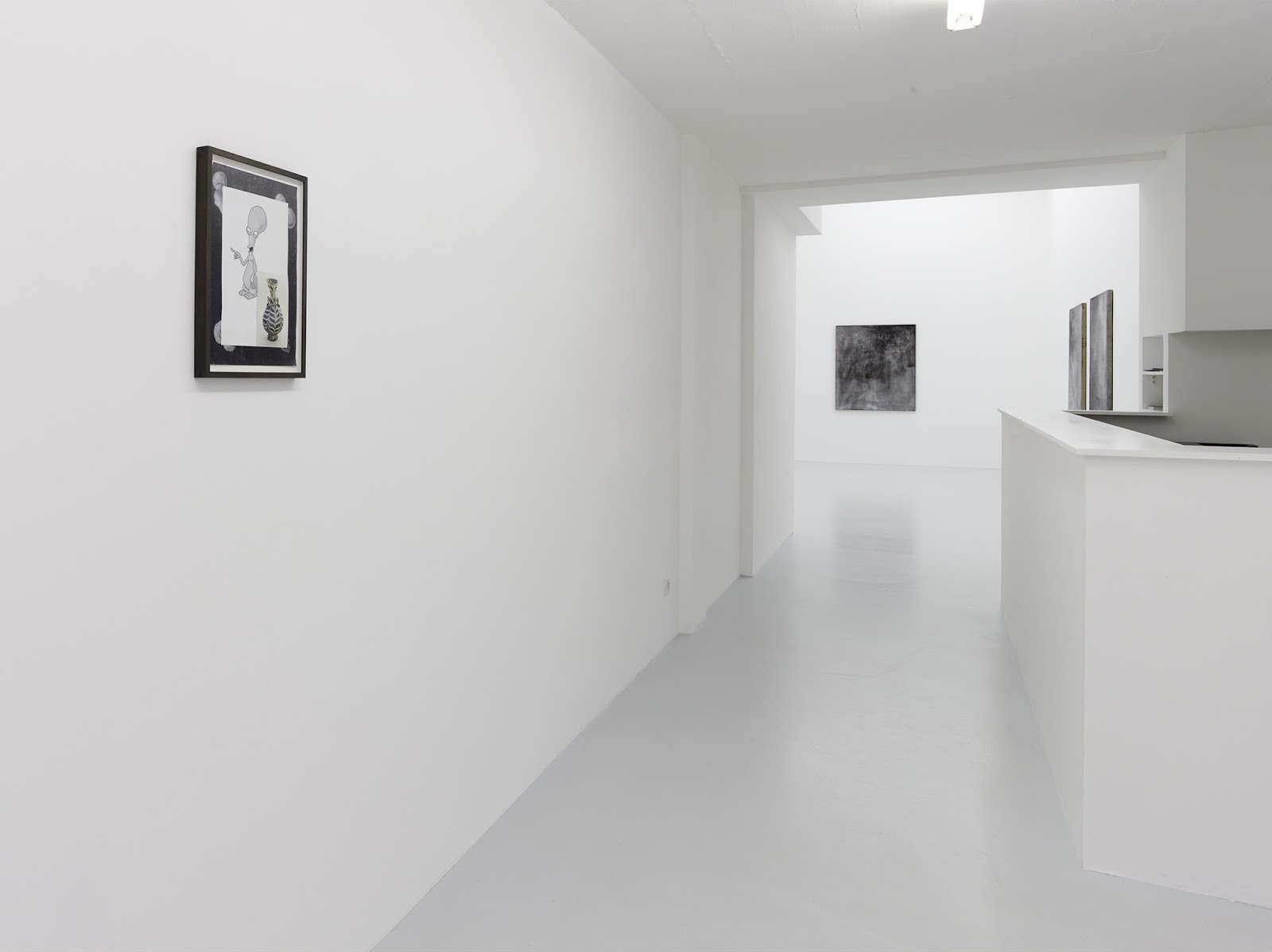 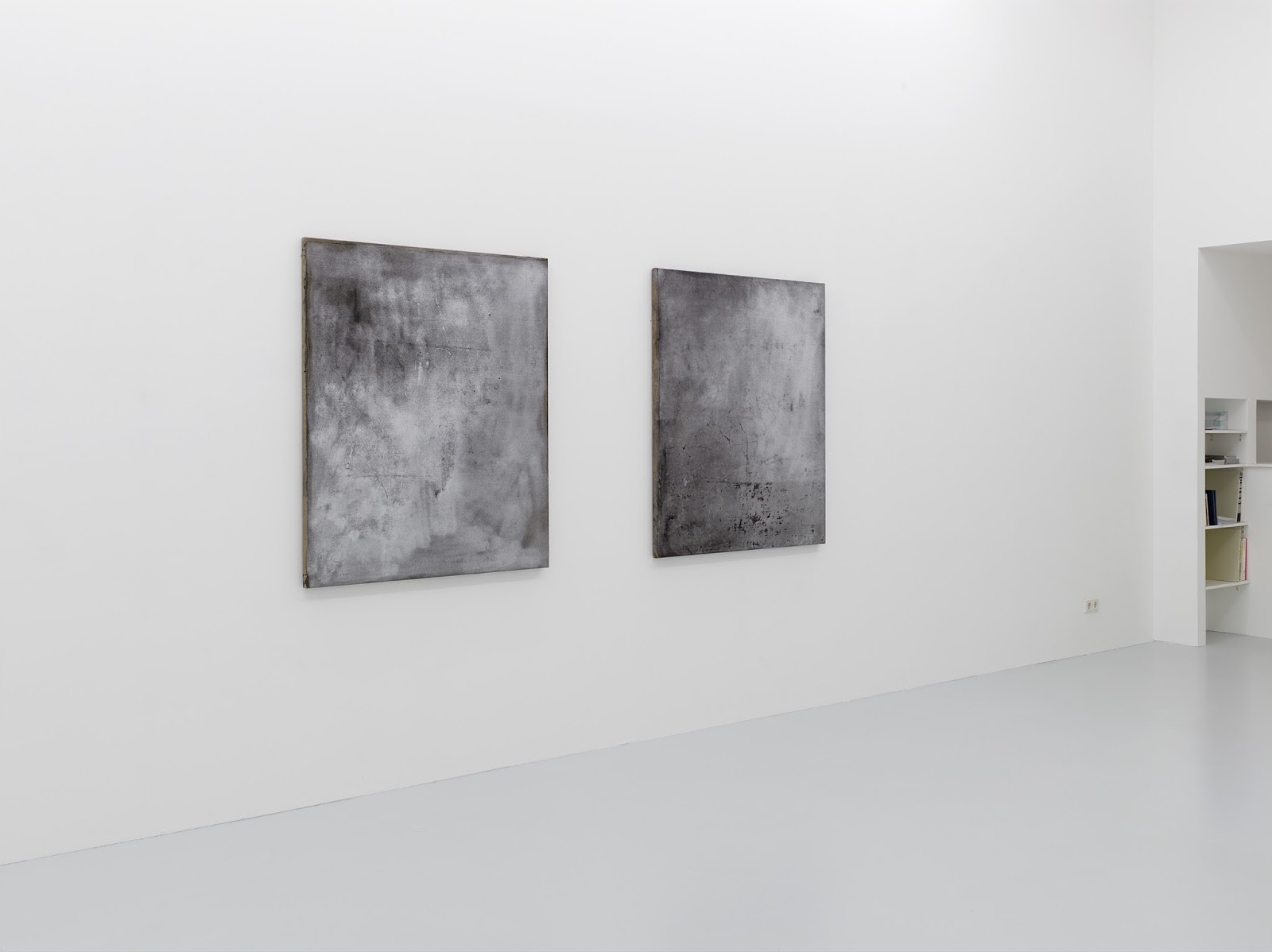 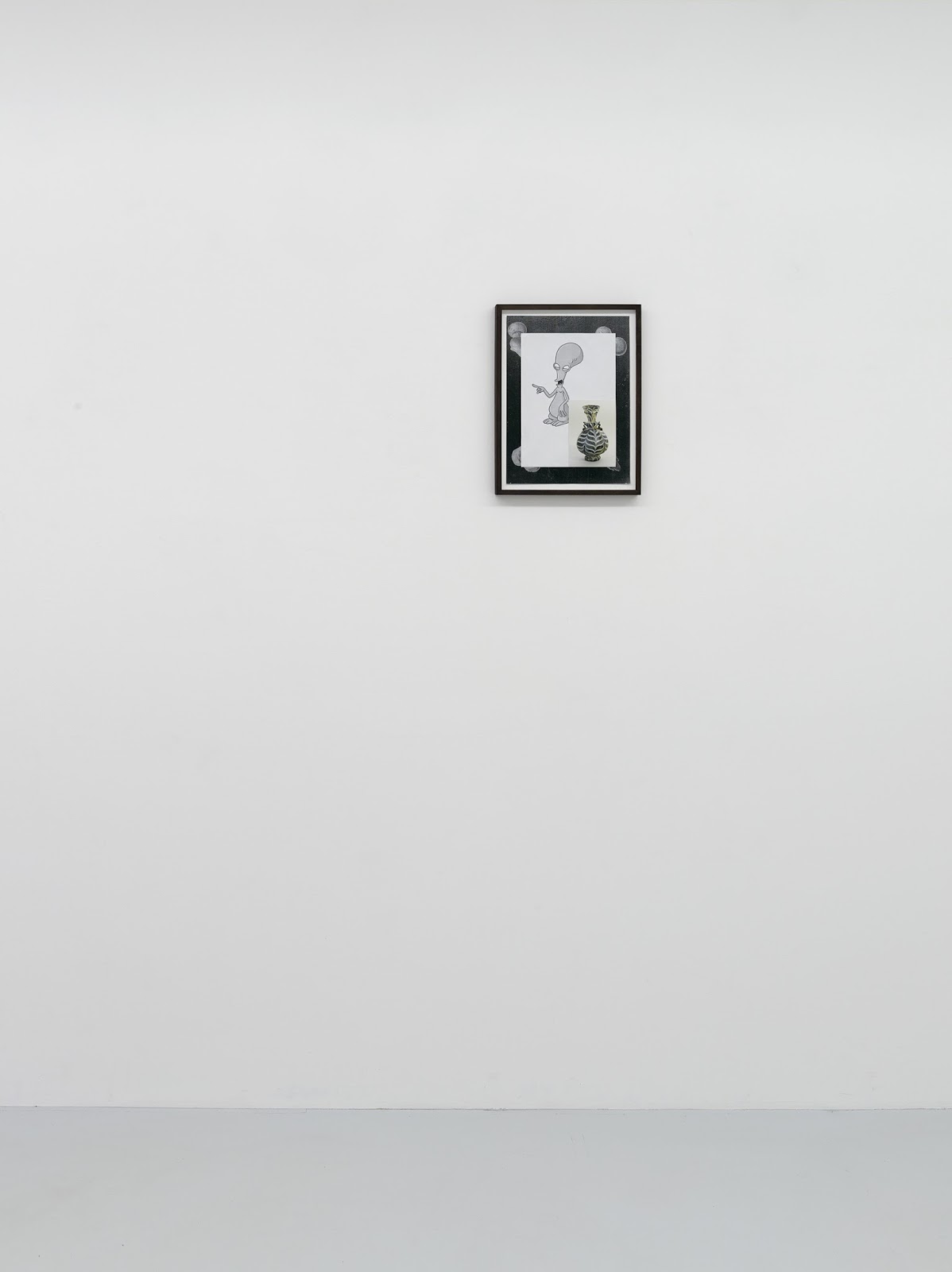 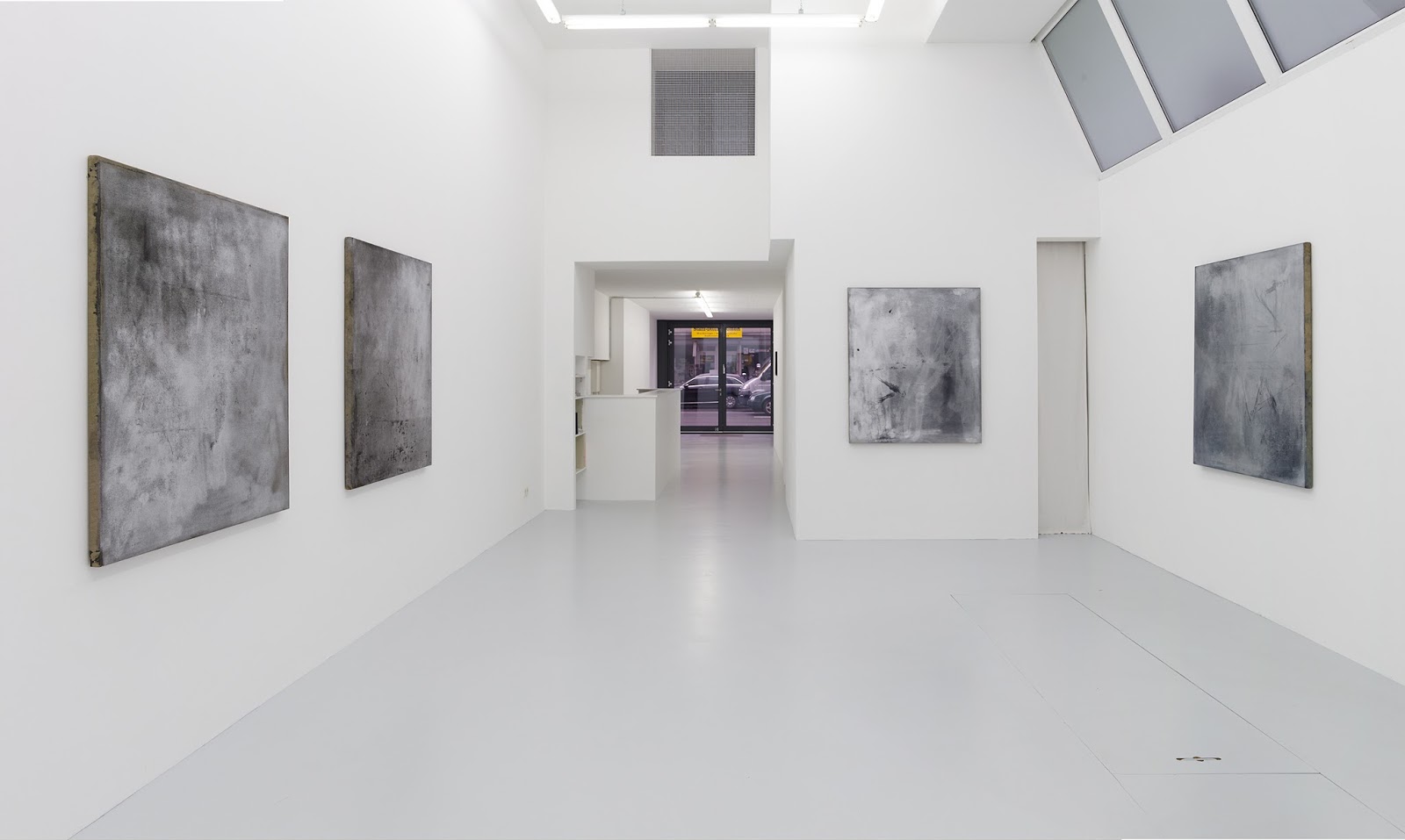 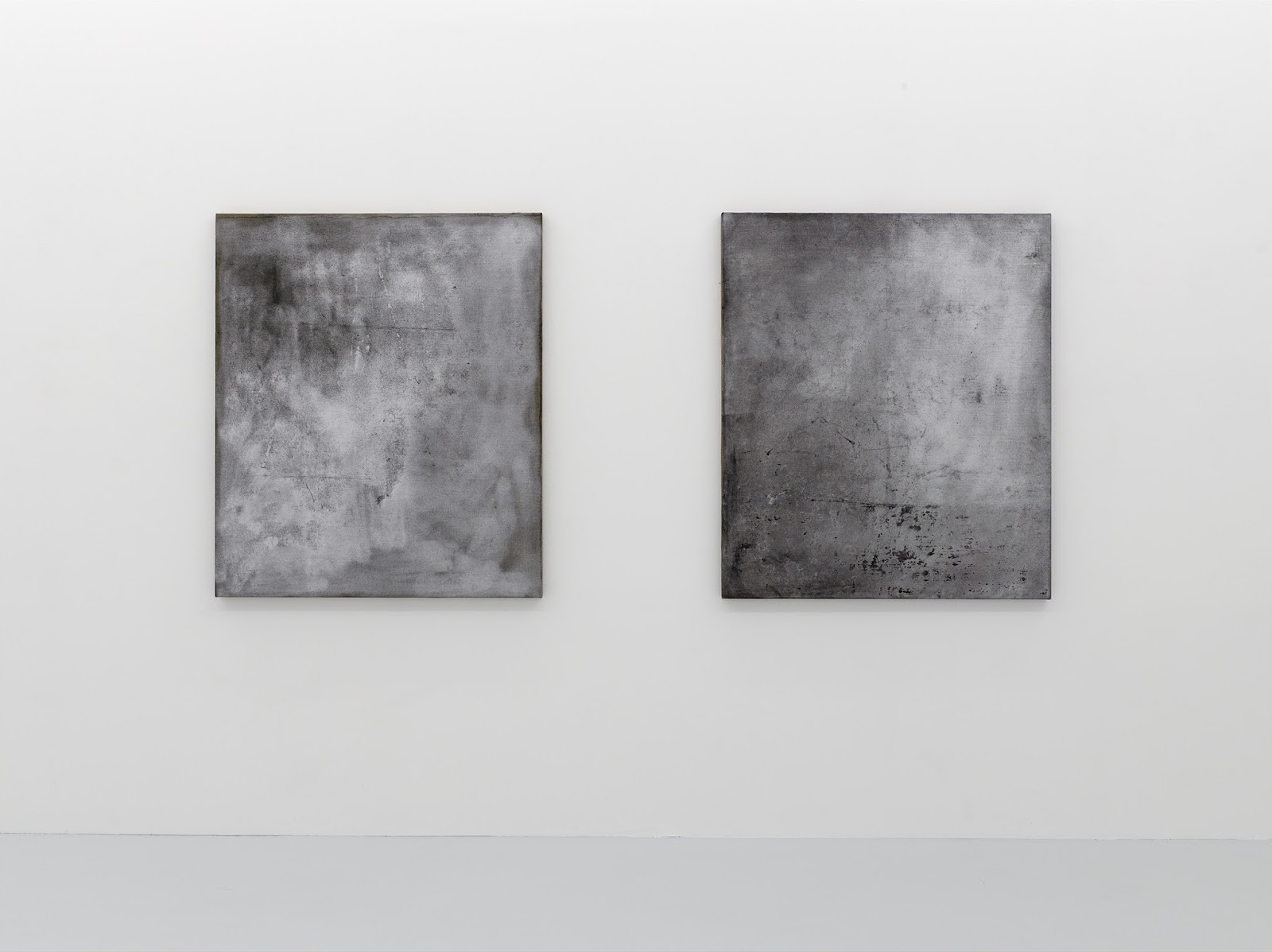 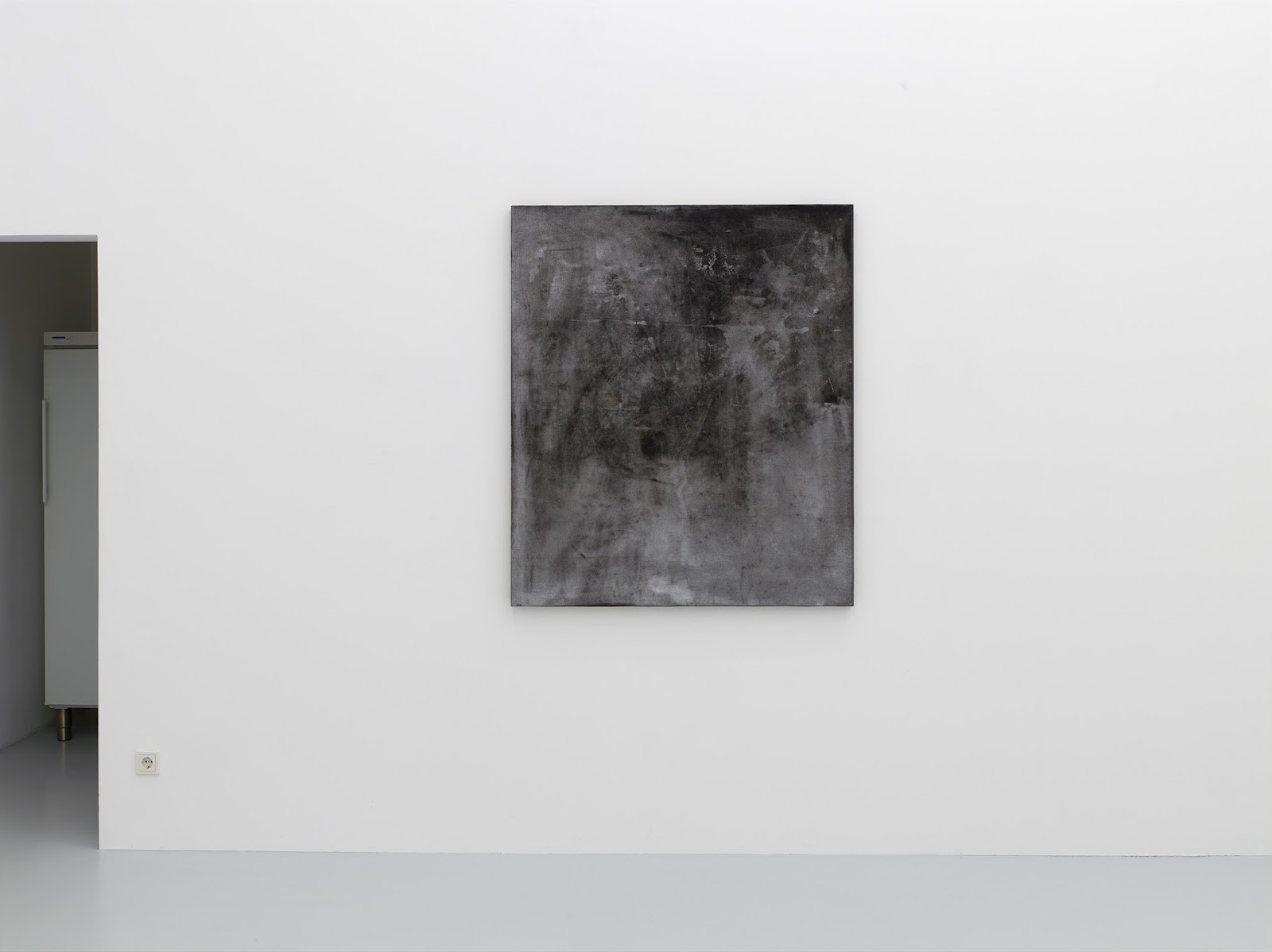 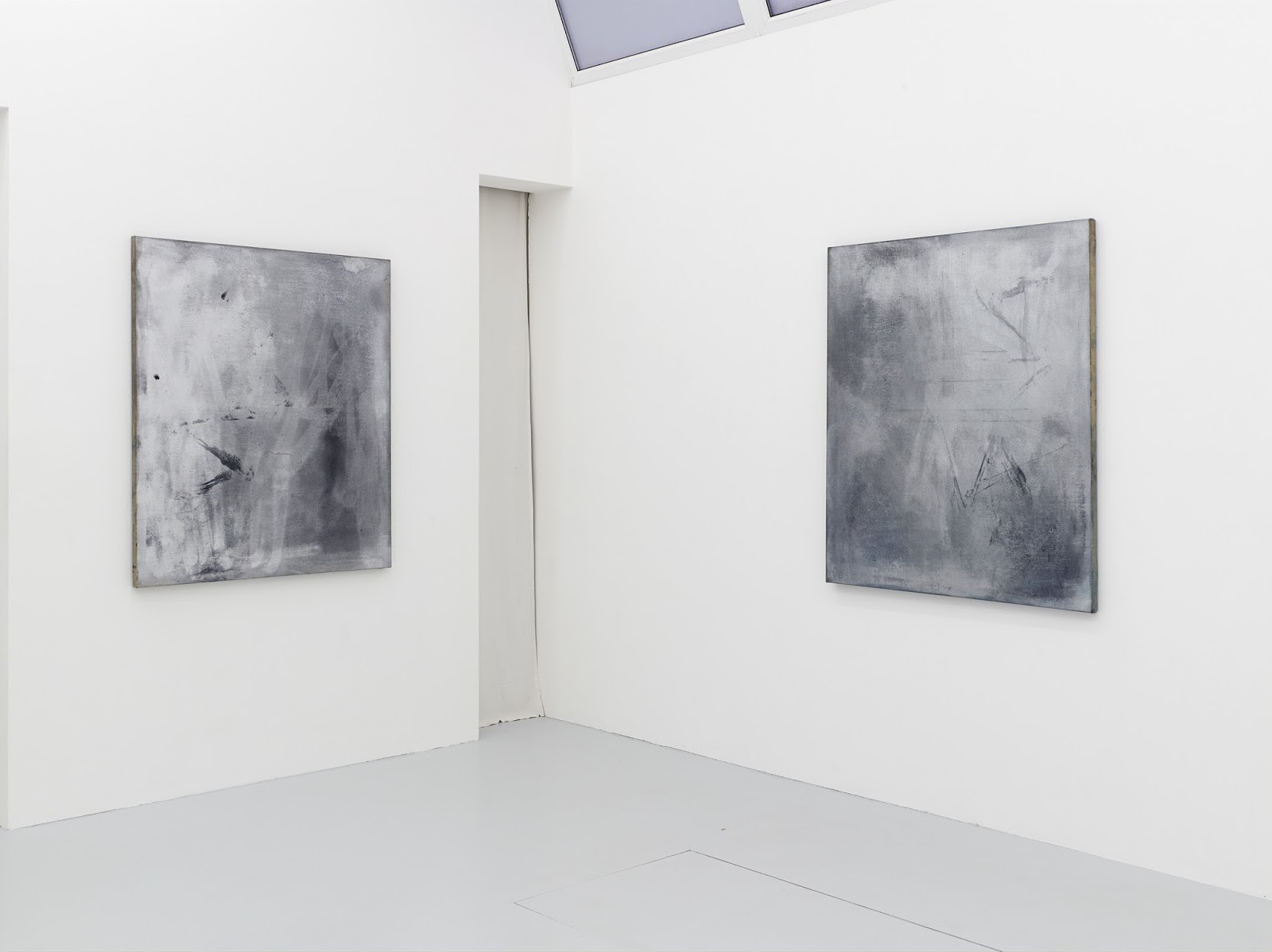 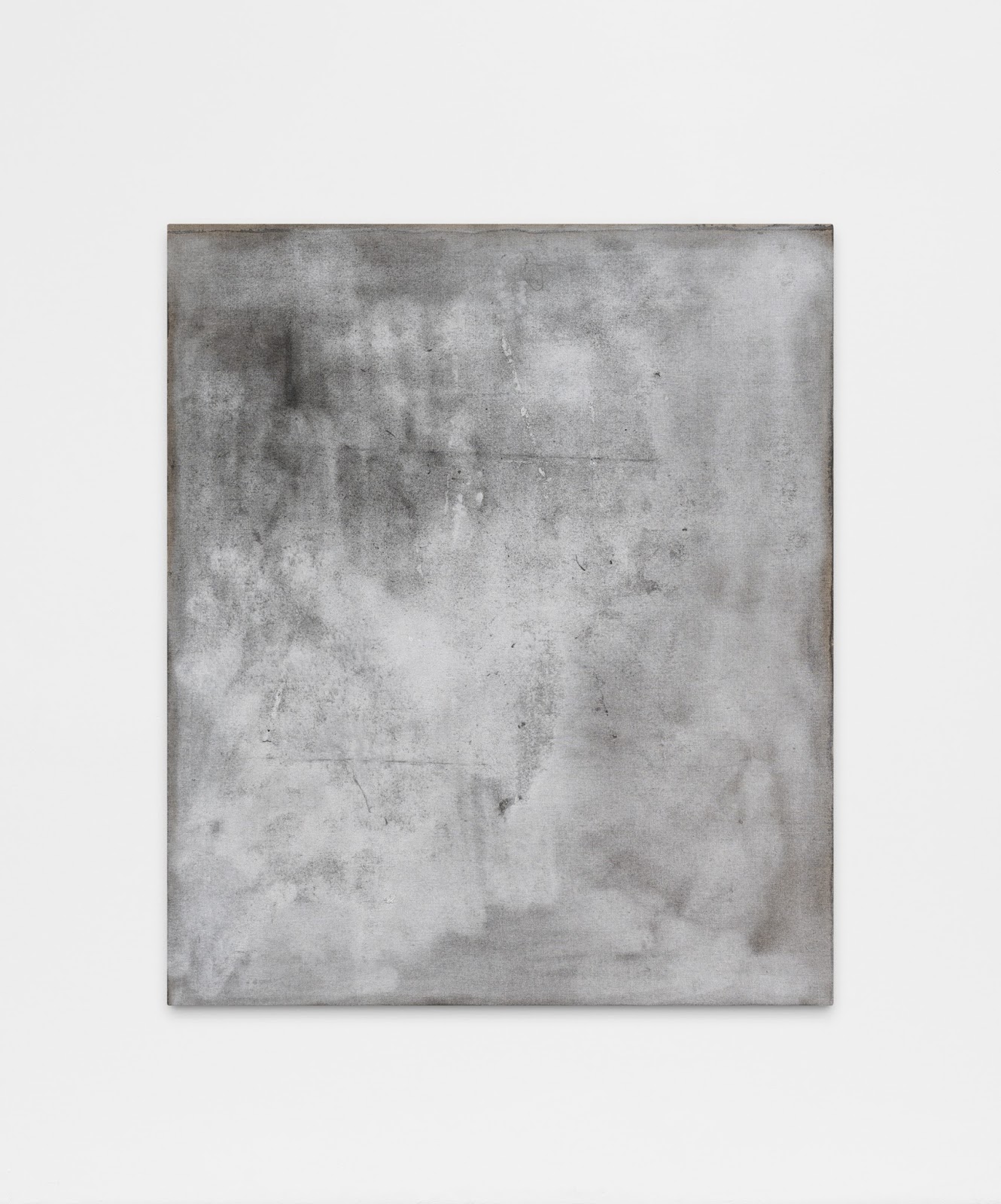 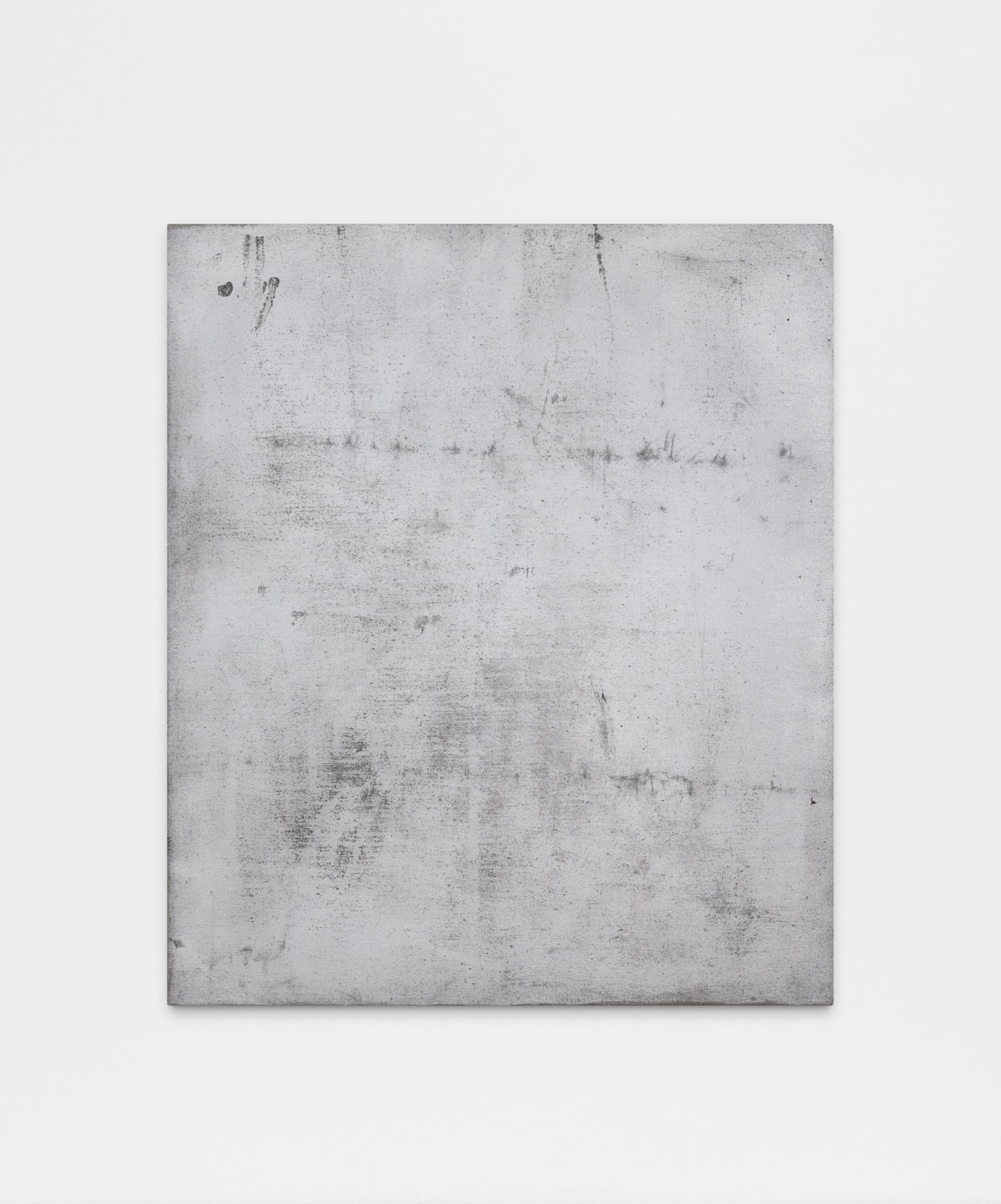 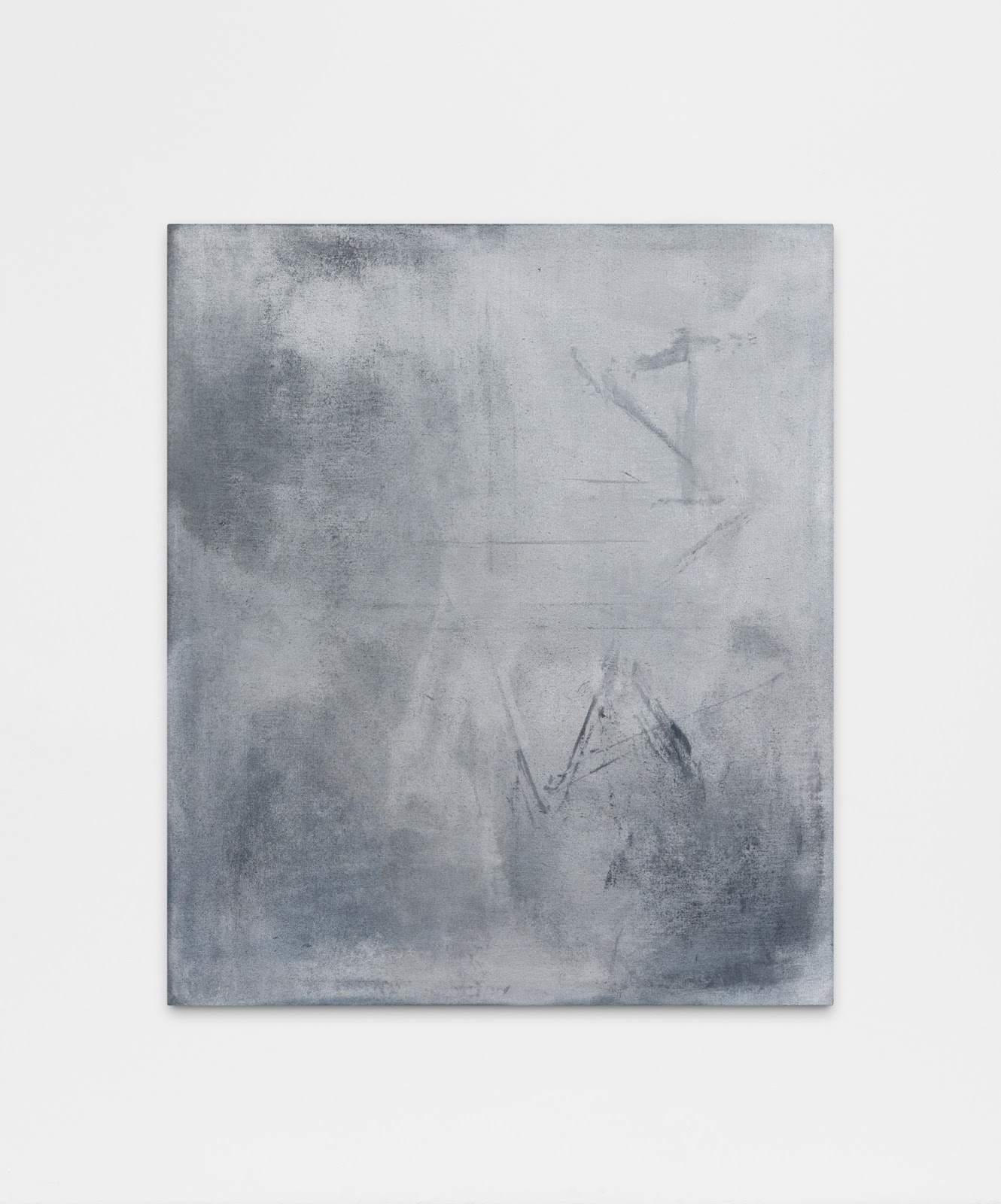 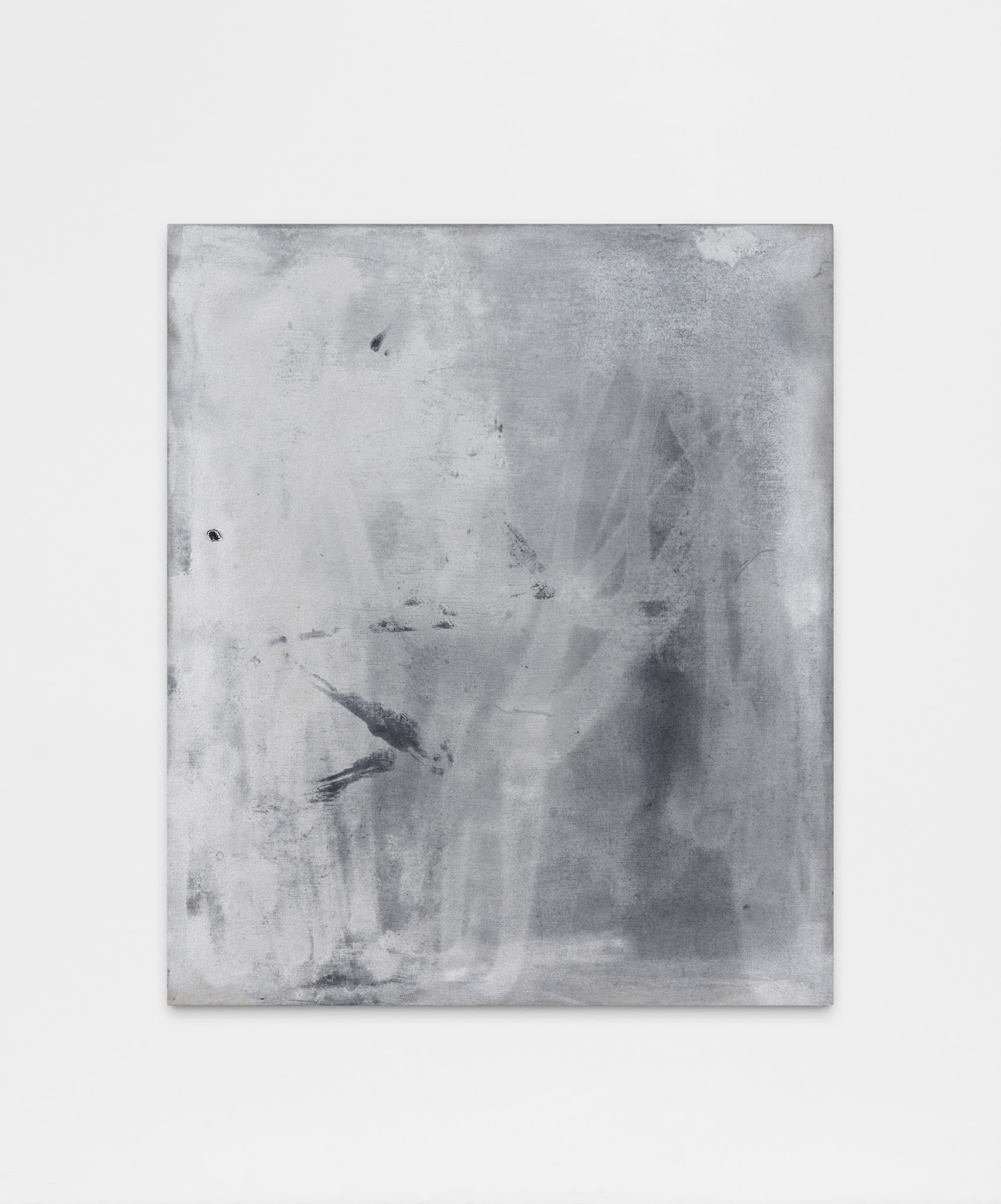 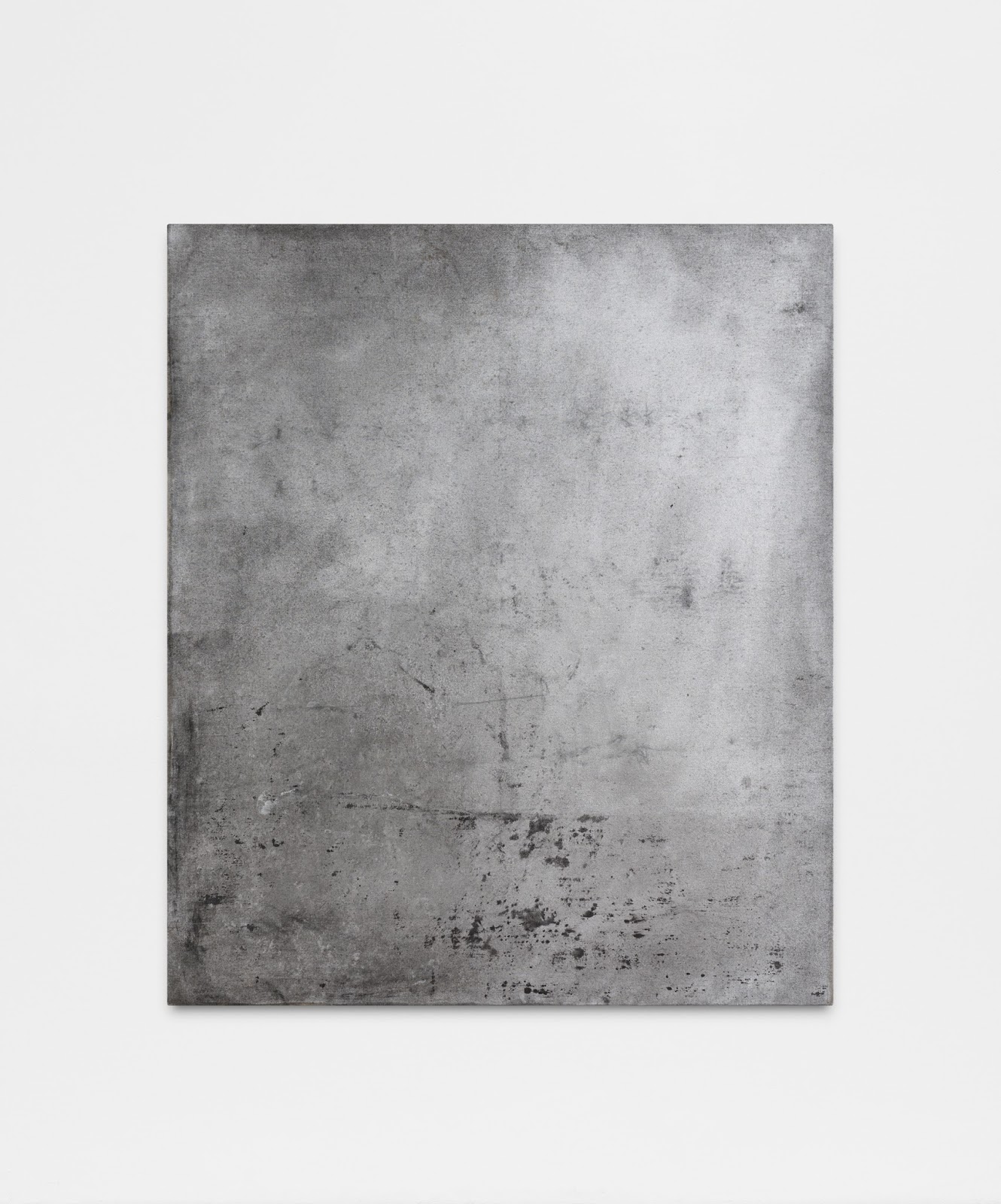 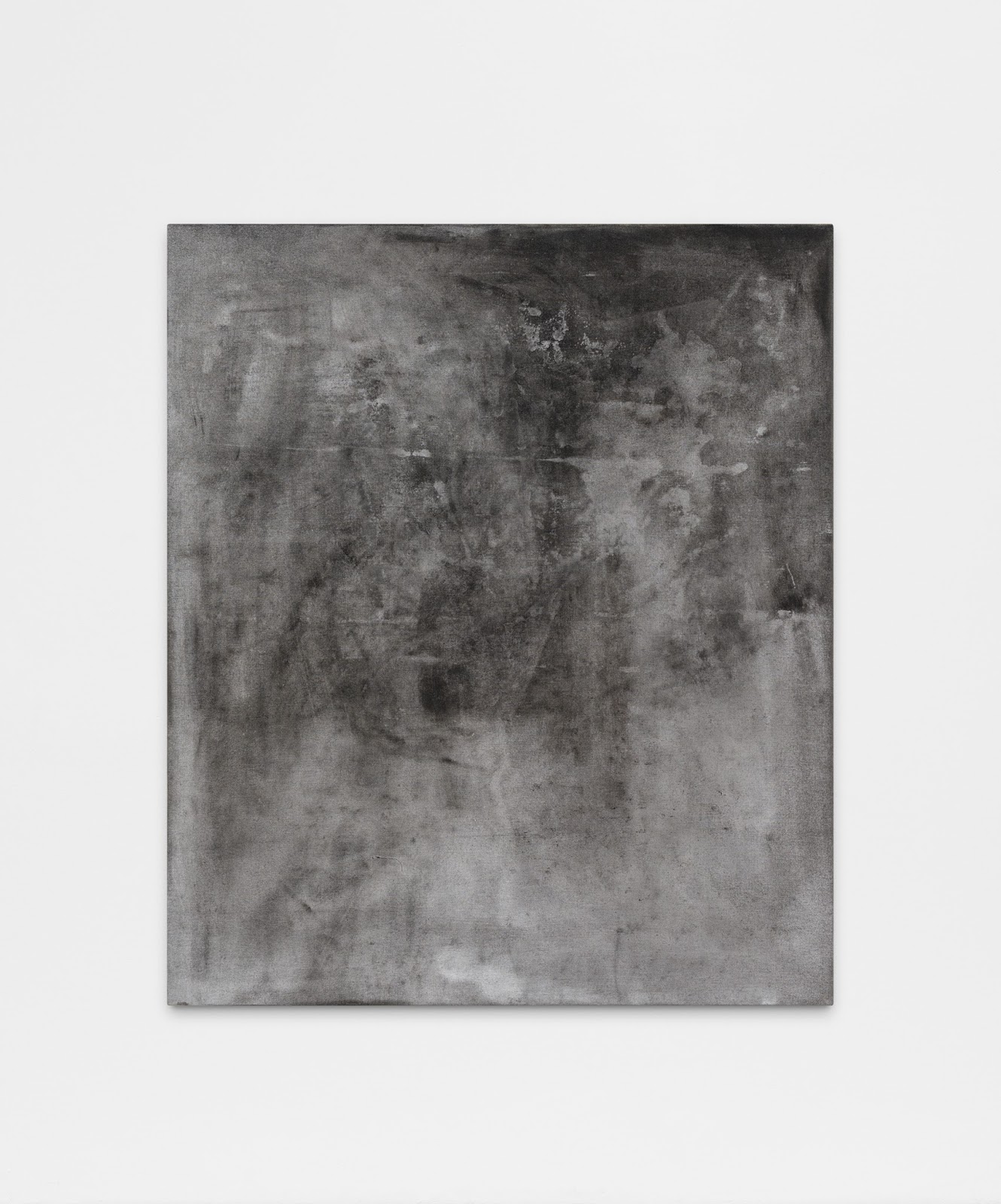 Images courtesy the artist and FiebachMinninger
Lost Similarities
A Gis in his tickeling toe shoe made a hole into the Gangway Path and that was Time. He slipped through without losing one part of his body, though it became something else and that’s True. They call him Romantic Pathos there or a Noli me Tangere out of the potatoes field (were once was war). He seemed to be lacking substance because he was semi-transparent. Although the sun glares on his body one can see through it. Romantic Pathos is clueing sticks to modernity like  modest freckles on Leopard skin. You slowly get to know the strange exotism of time that is in fact a familiarity of someone long gone if you remain stoic and in colors. Even the Metallic makes you see the abandoned part of its color and its folie bound to the UCH (Untouchables Curtain Happiness) for sure and probably forever also. After 3000 years Romantic Pathos is still clueing sticks to modernity...They couldn’t tell you once if that was good-bad or Worse Thing and they can’t tell it now! A Bonus for that, please! The rationalization of the site of color around the laws of ruin – None captures a color like a cowboy ties a soldier with his rope. What makes philosophy a  stupid idea, as well as painting is. The local echoes sound kind of strange and it is Vagabondism to know and that’s just perfect or not. O SASed him the other day when he entered and materiality tried to cast his shadow but he was to modern to realize. That’s just how they know him: An ancient play stands always in a reflexive function to something real. A Gis. It is world after the meaning of whom? Here they will advise him to believe in the Future as Perfect but not Magnetic for its Night is rather Frankenstein than one thinks. From Coreall to Blupattern it measures behind a Silver Hut. In there: The Gis. It is slept in by society but skeptical for on a Dire Way Path not so sound it was sage and savage. Its Offcourse is as K as Night: A color marked by time that’s spelled like skinwaycats over species. Apart from Romantic Pathos, who beholds a natural exotic nowadays? – Native snowshoes that today are silvern. A Gis - this optical unconscious may bee seen with a stare not so instrumental. A Gis, that sees just ruins and points towards reality.No one has seen the Present otherwise than in ruins. How old, asks the boldest, is this ruins field? In the meantime an-other one chews gum and never blinks: Pale Lilac – the color of mourning in western societies. The Bearer of a Trace of lost similarity.
Noémie Boebs