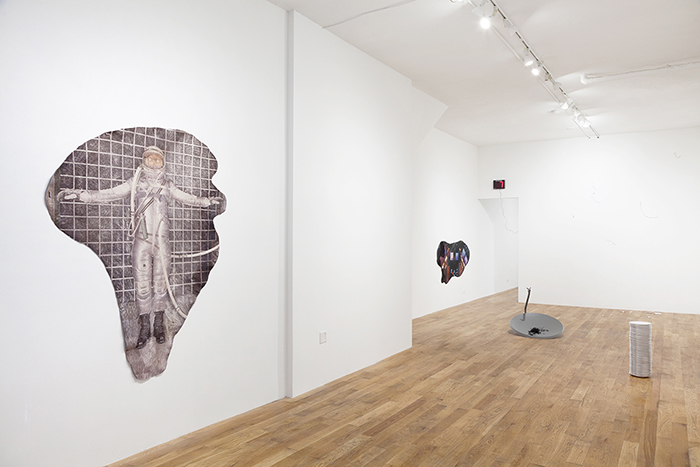 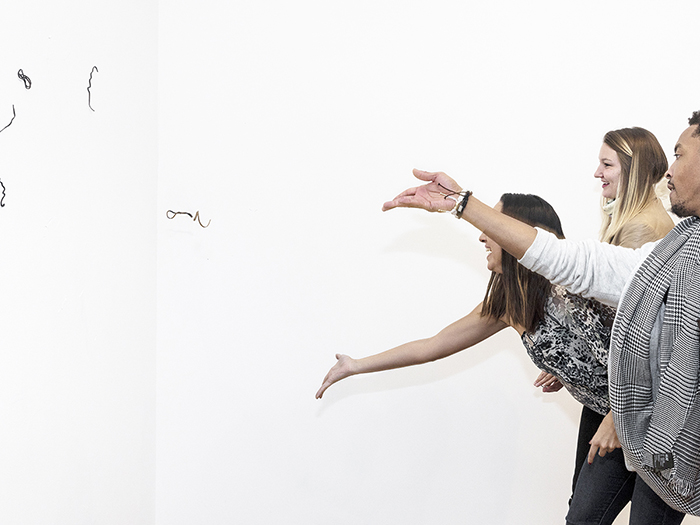 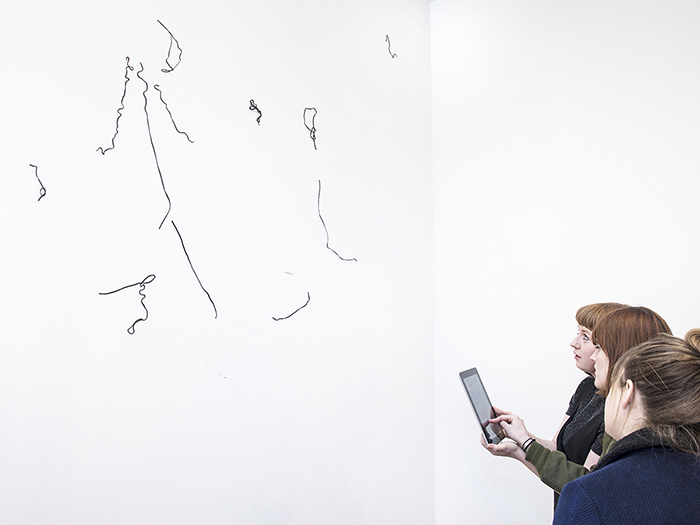 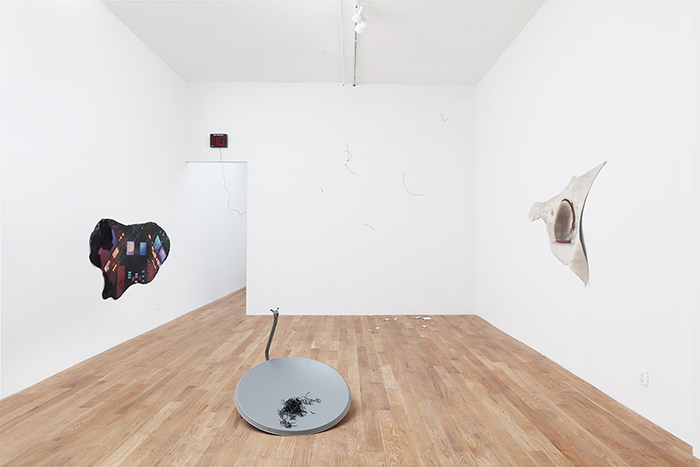 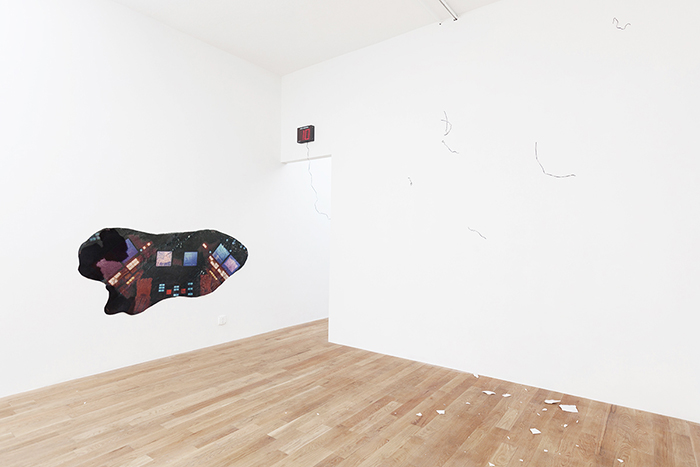 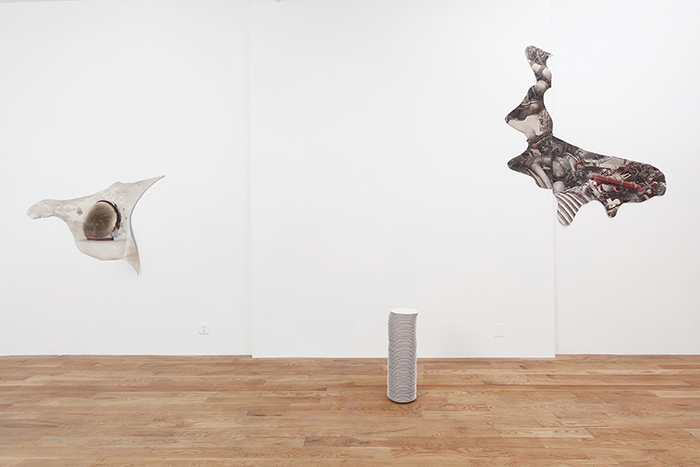 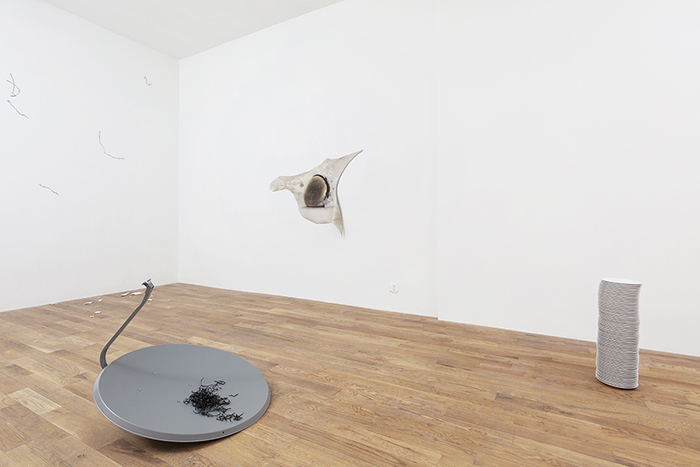 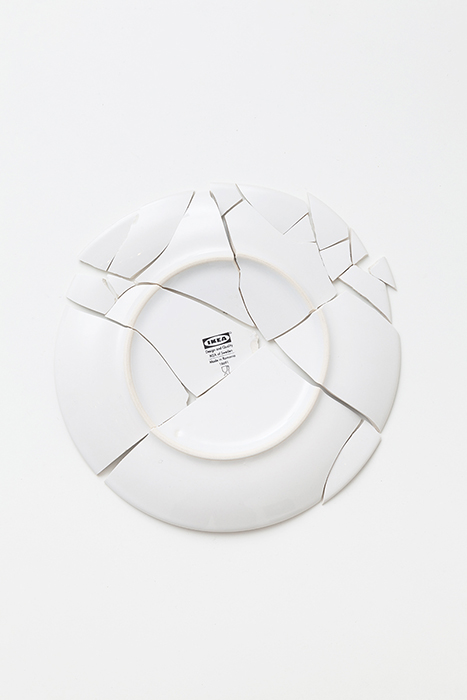 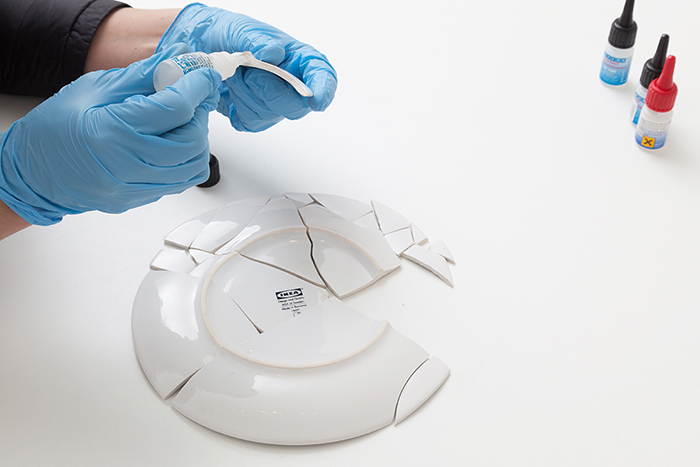 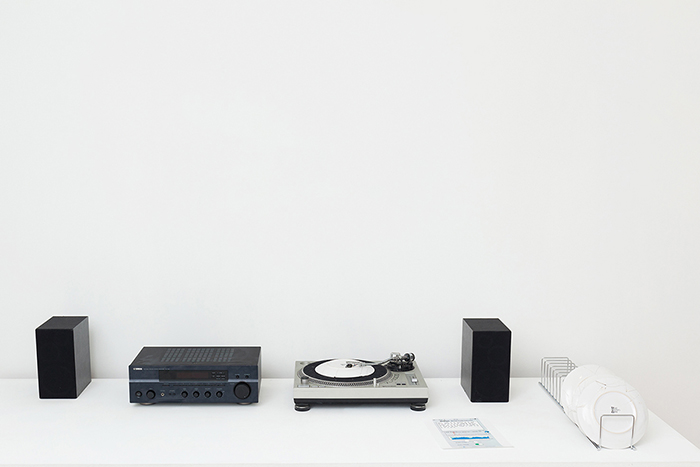 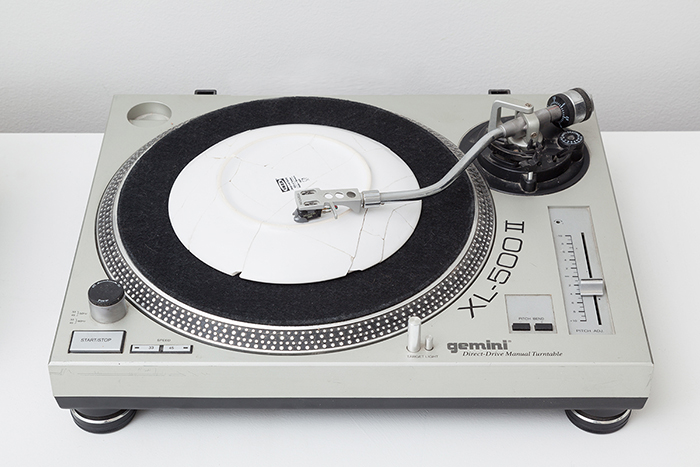 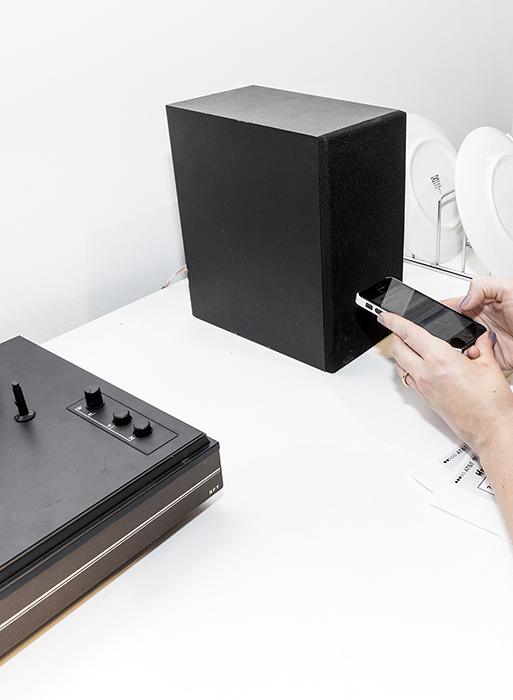 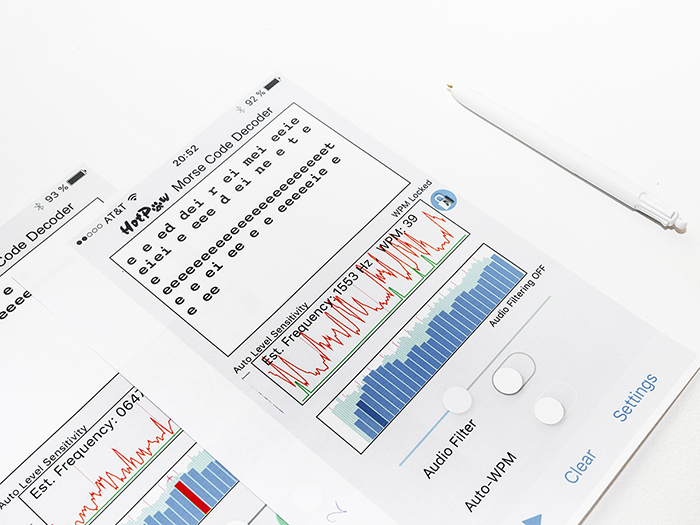 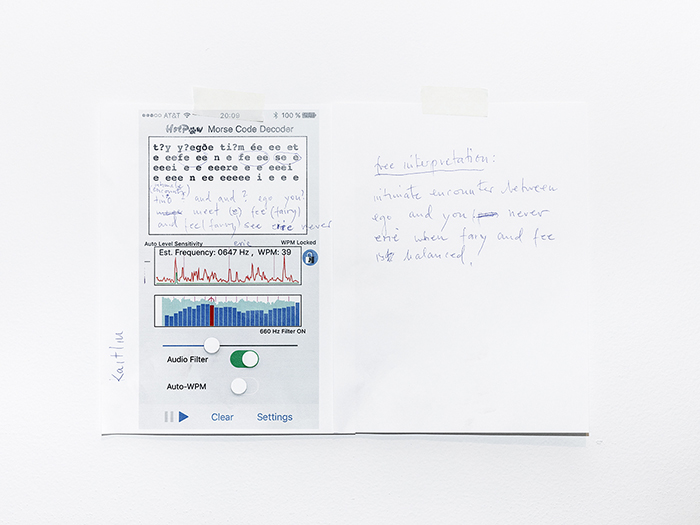 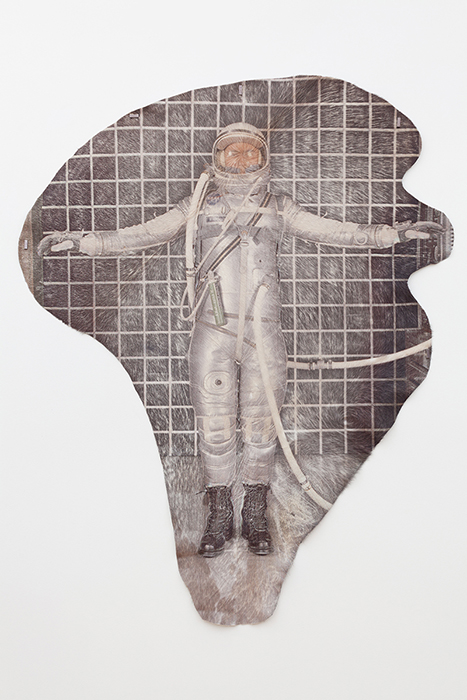 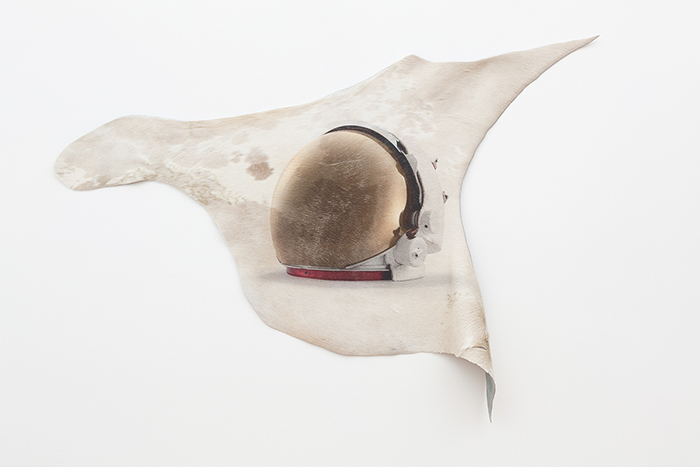 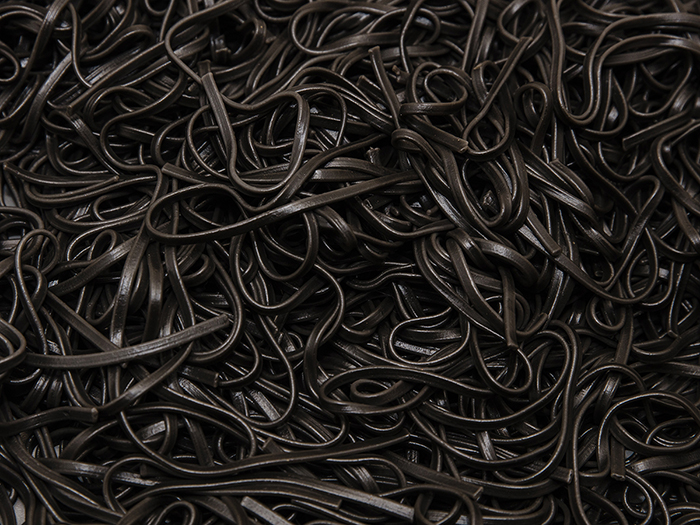 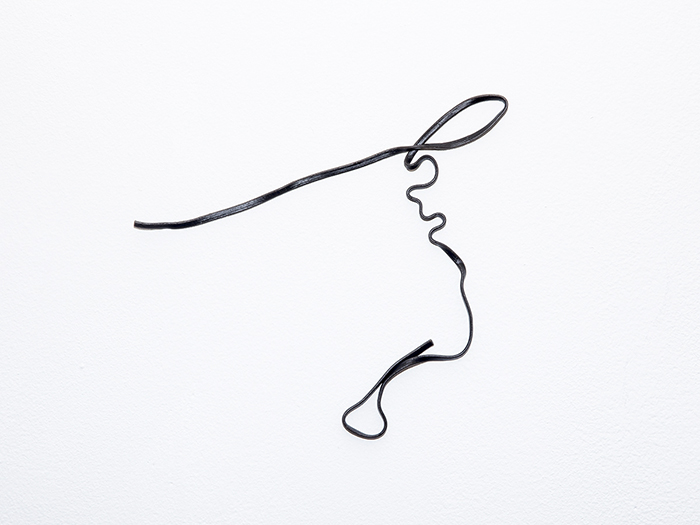 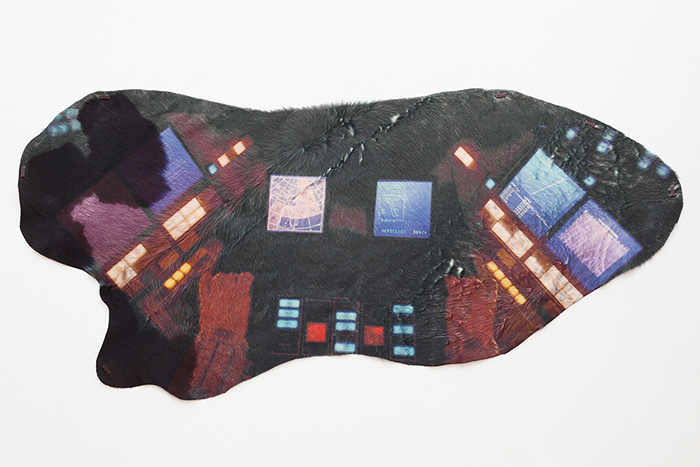 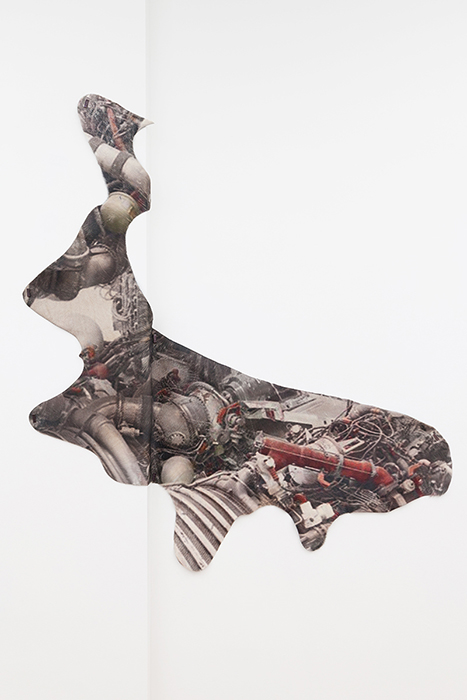 Gildar Gallery presents Alien Linguistic Lab, the US solo debut of Berlin-based artist Sarah Ancelle Schönfeld. Schönfeld’s broad practice encompassing sculpture, performance, installation, and photography is informed as much by indigenous perspectivism as the spiritual dimension of science and technology.
In this exhibition, Schönfeld offers a series of treatments for our current state of anxiety and alienation in a globalized society, specifically focussing on the techno-sociological conclusion that UFO's are manifestations of nuclear angst, a thesis which gained prominence in the 1950s. Schönfeld suggests that this manifestation of stress could be understood as imbalance in the spirit world and mental health issues alike. She examines several methods to escape, eliminate, include and defend these spirits or disease by comparing strategies like pharmacology, shamanism, psychotherapy, magic rituals, space travel, mythology and their different dimensions and potentialities.
Within the exhibition a variously related bodies of work come together to form the laboratory. Flying Sorcerer is an open workshop, an actualization of several medieval European and older South American traditions of intentionally destroying pottery, used in wedding and funeral rituals to scare bad spirits. Schönfeld re-appropriates and customizes this technique inviting the audience to throw saucers against the gallery wall in the exhibition. Using gravity as a controlled way of flying and crashing, the shivers (shiver meaning both “to tremble” and a piece of pottery) that have been shattered will be reassembled on site in an act of instant archaeology. These reformed objects will be listened to using a record player and a Morse App. The act of throwing objects as a domestic "reenactment" of the UFO phantasm, is supposed to enable us to get over the shiver and decode to the message of alienation. The complete product, now fractured, opens room for the metaphysical interpretation throughout its gaps.
This workshop is embedded in a presentation of imaginary tools and oracles, works developed by Schönfeld in recent years. In her series Shamanistic Space Travel Equipment, organic textures and cosmic imagery fuse into a single complex surface. Imagery from popular science-fiction films along with actual scientific images from NASA printed onto cowhide combine frontier mythologies in a process of physical alchemy. This altered traditional ritual-wear becomes a surface of both cosmic-scientific gnosis and blockbuster entertainment — helping spirits merge with technology. In the results from Schönfeld’s Pharmaceutical Cosmology Lab, the artist chemically transmogrifies a variety of anti-anxiety drugs to create visually hypnotising portraits. Forging the photo chemical surface of the negative with these psychoactive medications, the resulting photographic reactions appear as glowing planets of induced calm. Both of these series refer to the translation of cosmological metaphors of inner and outer space, as François Bucher puts it:
“These new radio telescopes can only show us what they heard and saw by way of their own theater of artificial color-coded images, catered pedagogically for our human perceptual apparatus. So in a sense those images are yet another story, another mythology fabricated in order to hint at something that is essentially incomprehensible.”
Schönfeld’s choice of materials reflects the eclecticism of late-stage capitalism, where boundaries must be crossed to face complexity and the question of culture and nature has to be examined once more. In each of her works unexpected materials are playfully melded into specific perceptual treatments. With formal subtlety, the viewer’s senses are jostled until disciplinary boundaries selectively dissolve into conceptual portals, where loose threads cross, unsnarl, blend into new insights.