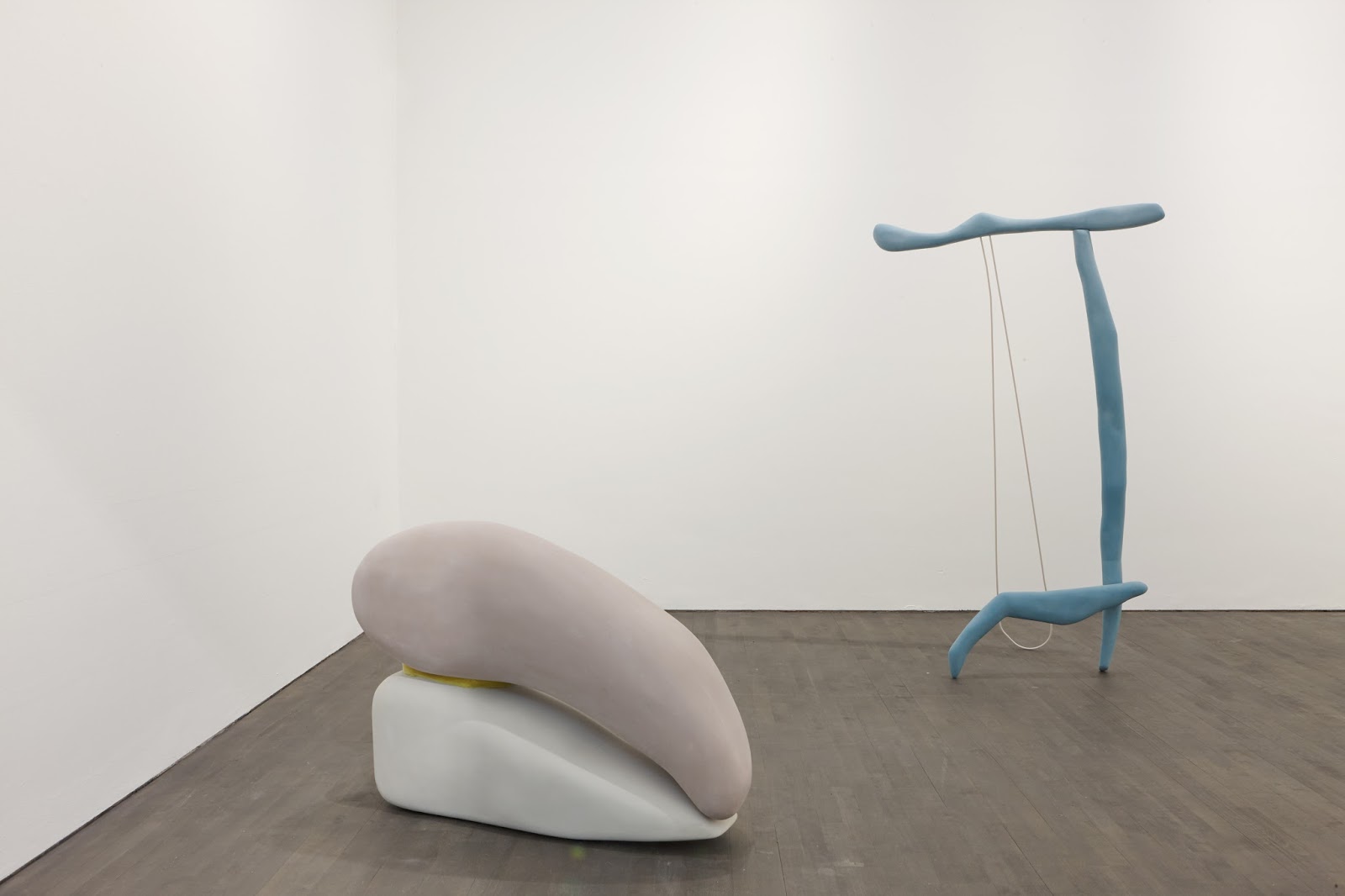 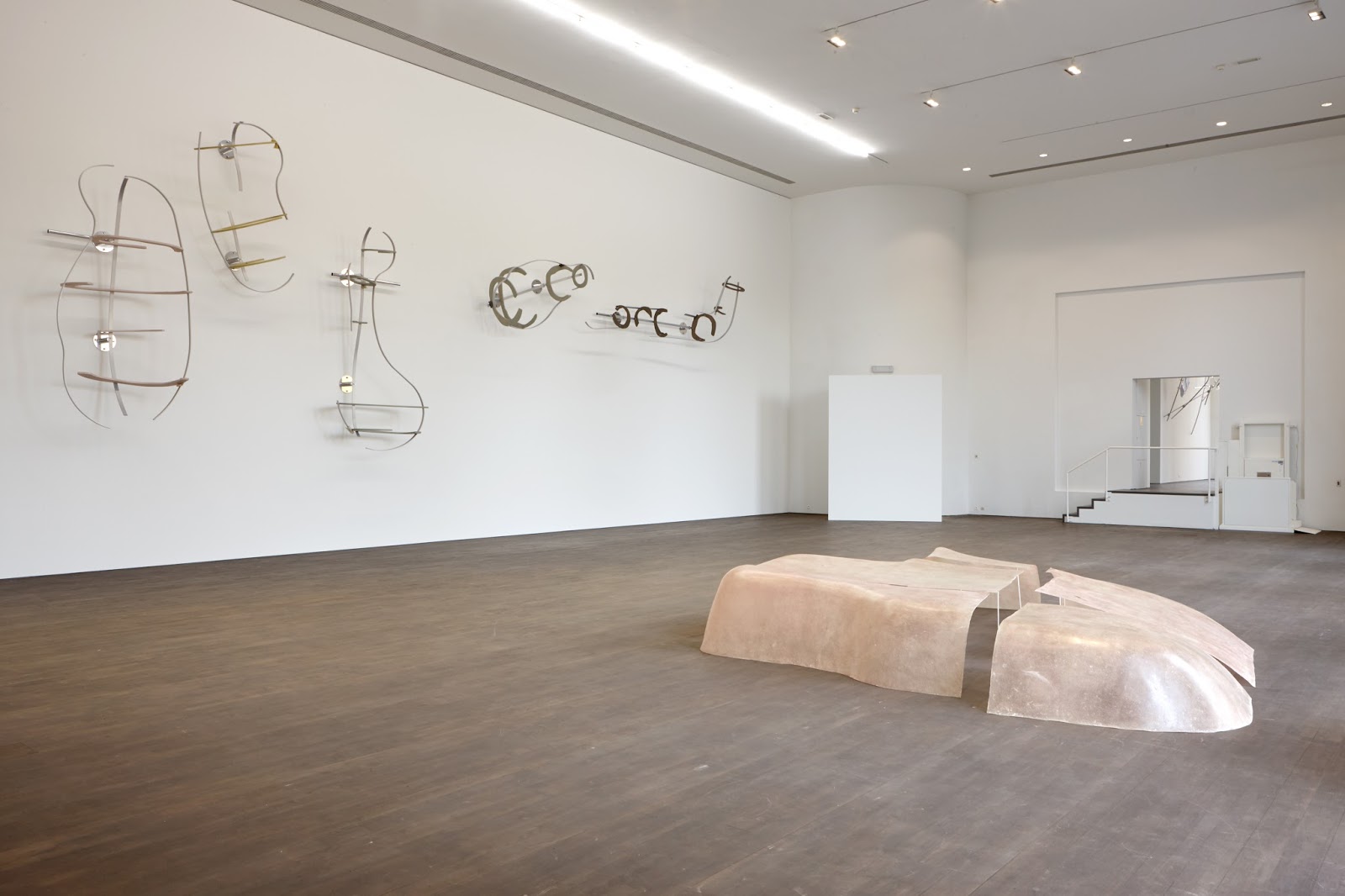 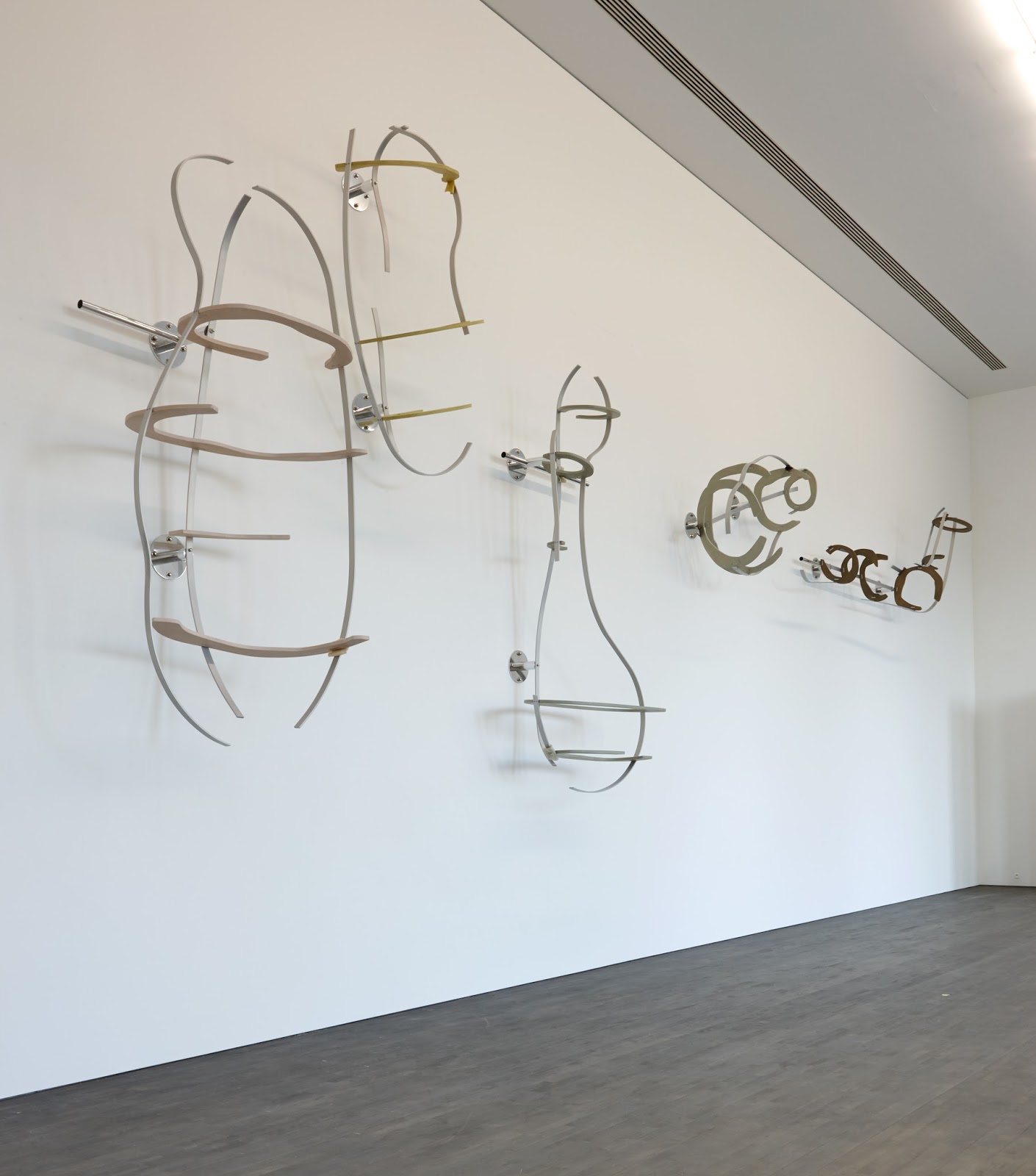 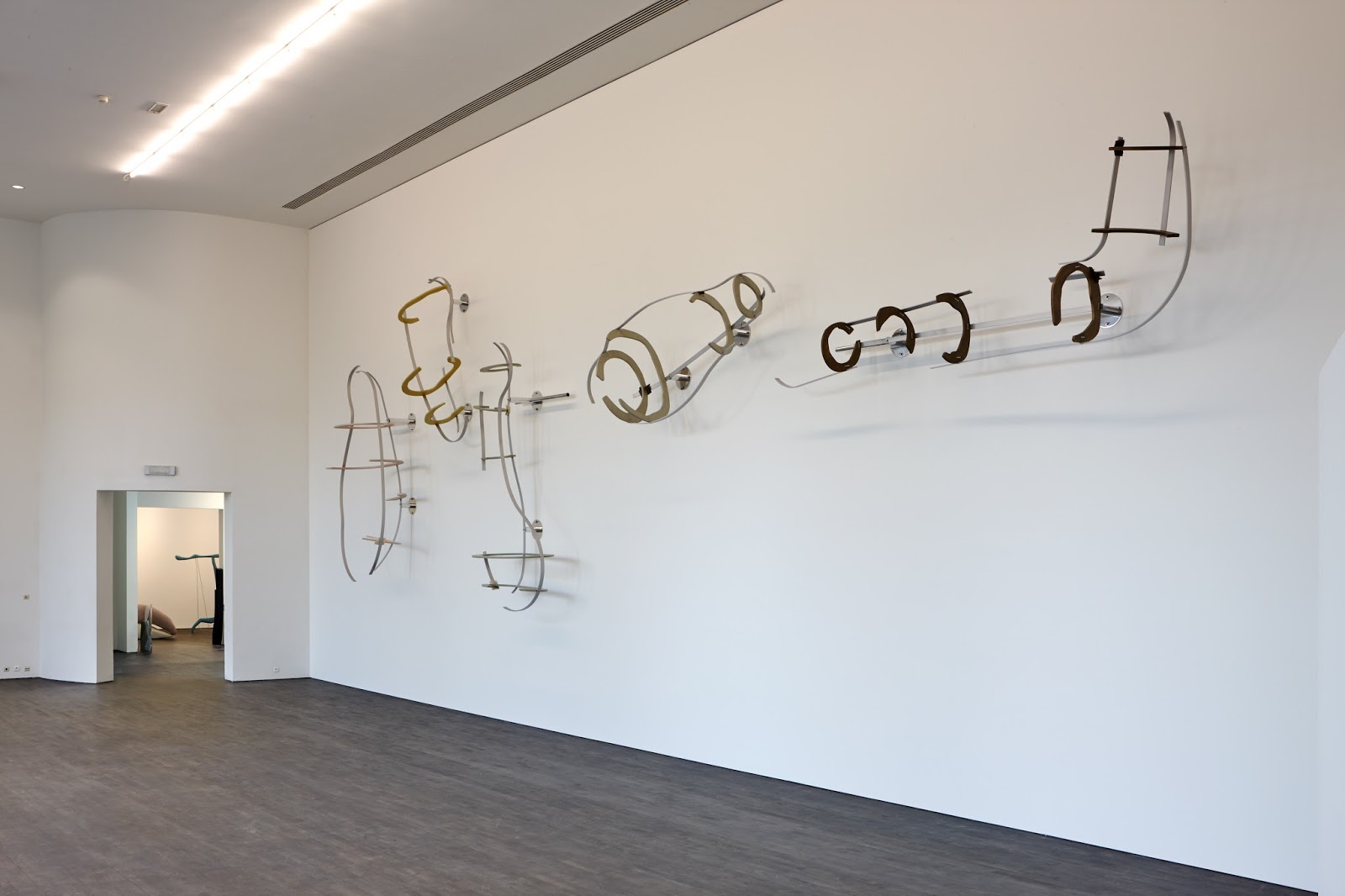 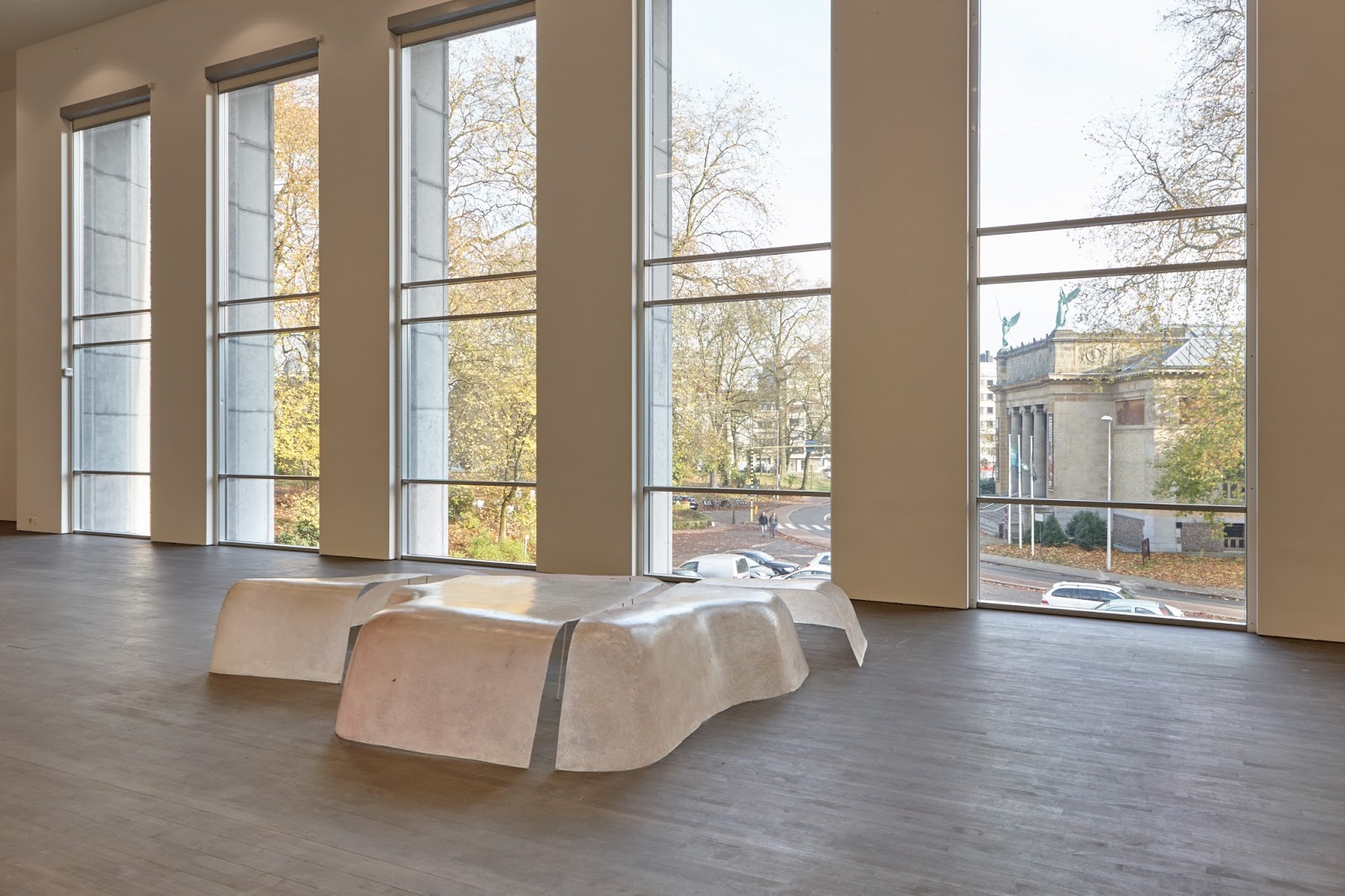 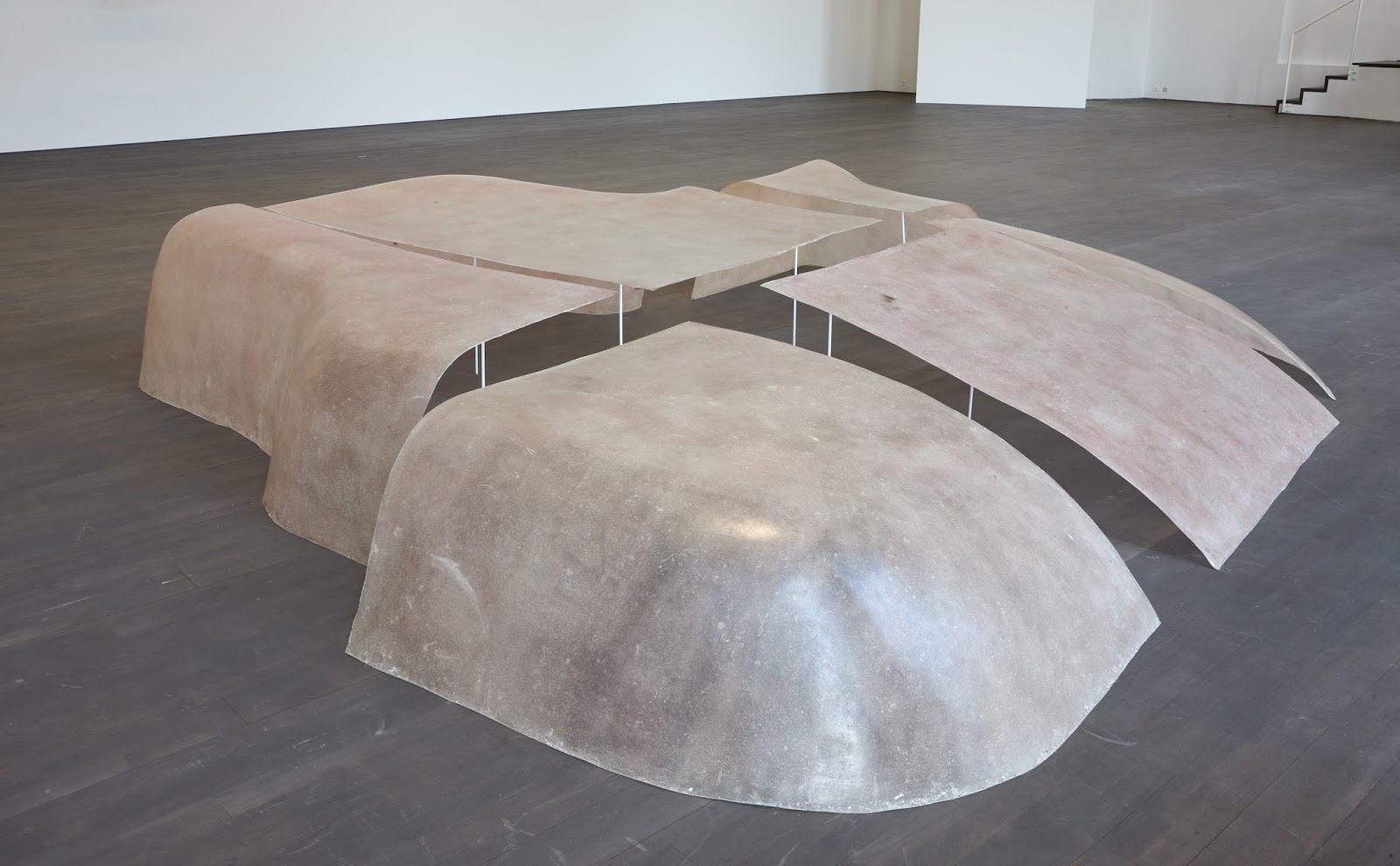 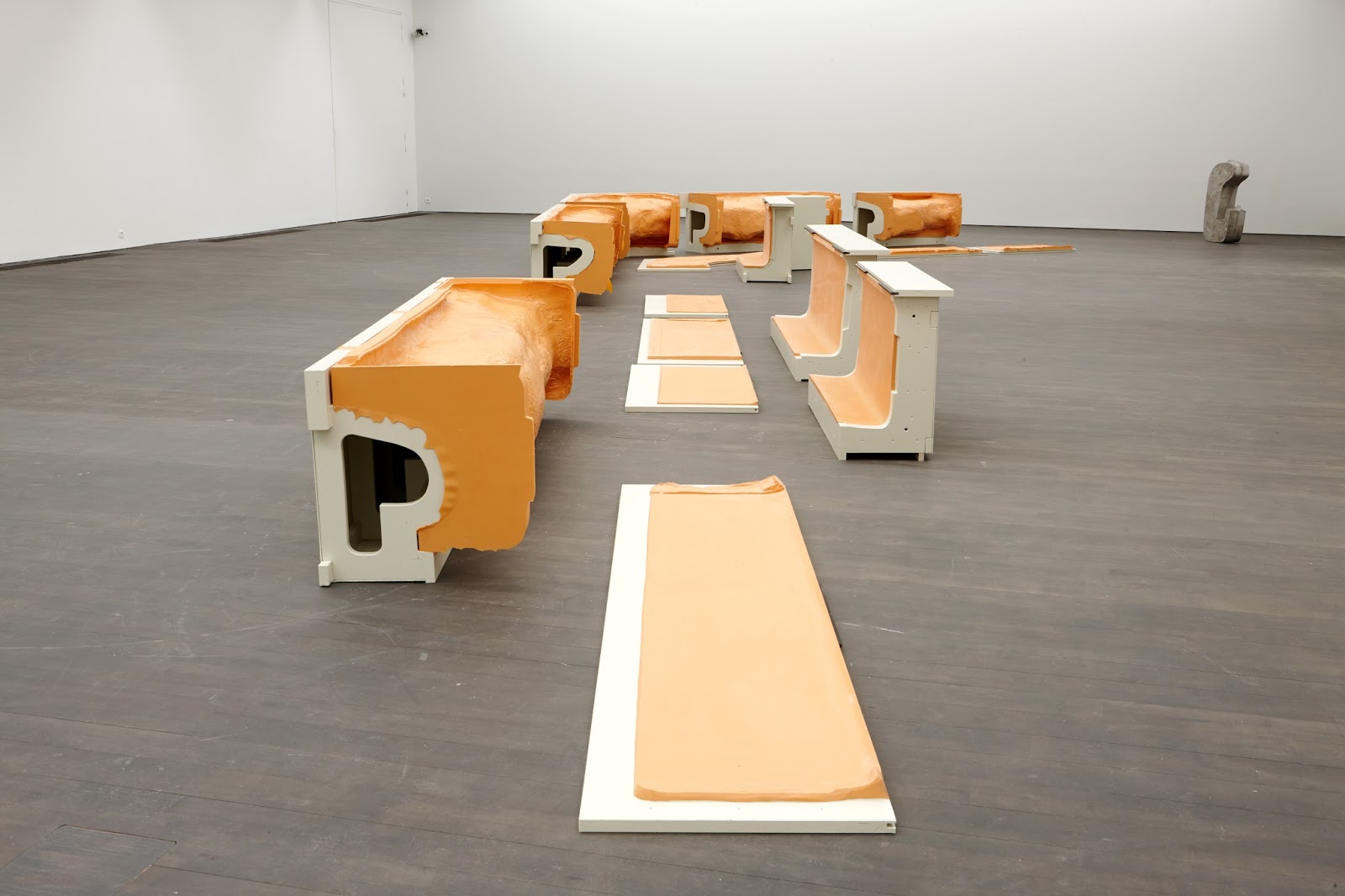 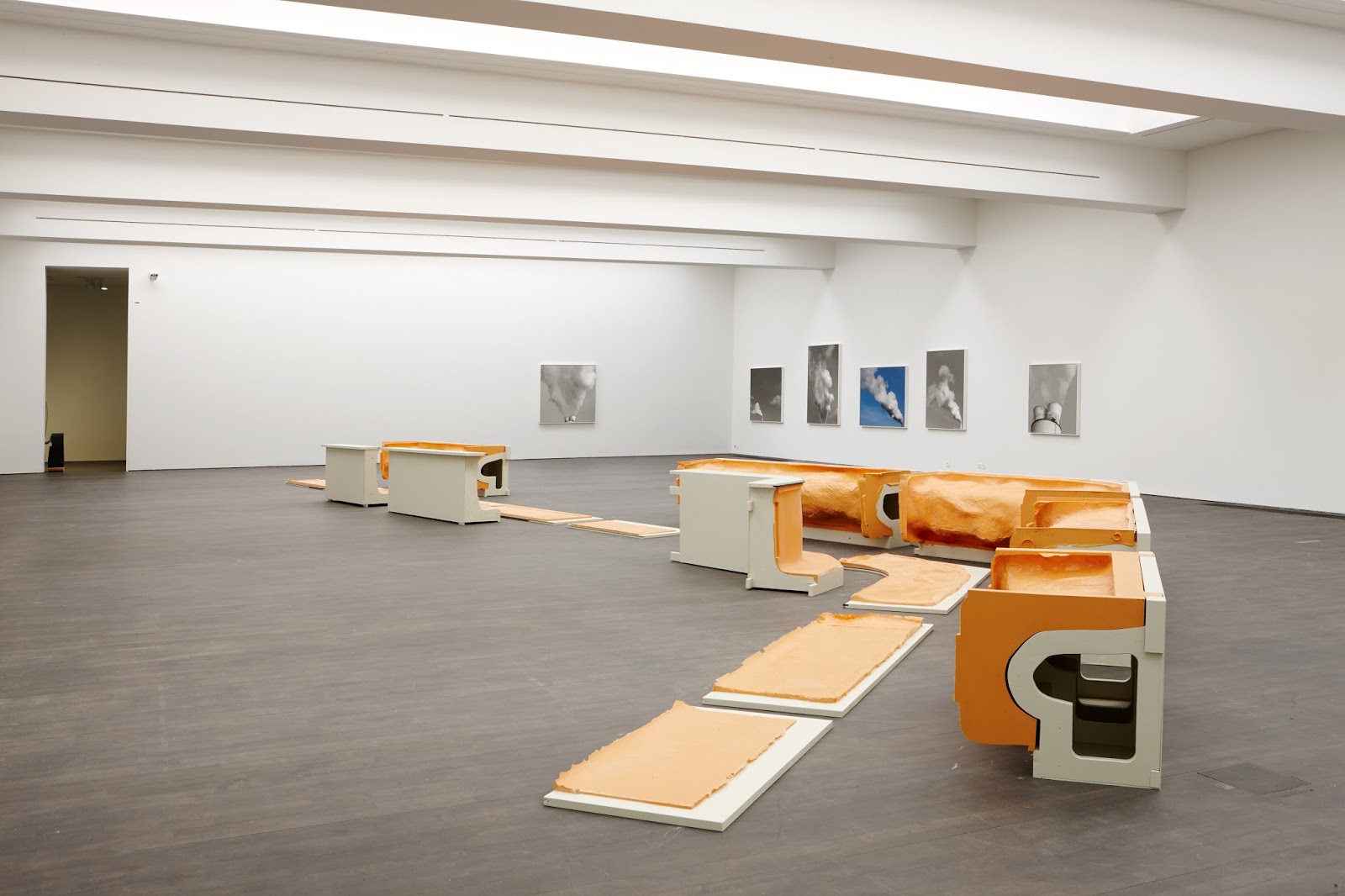 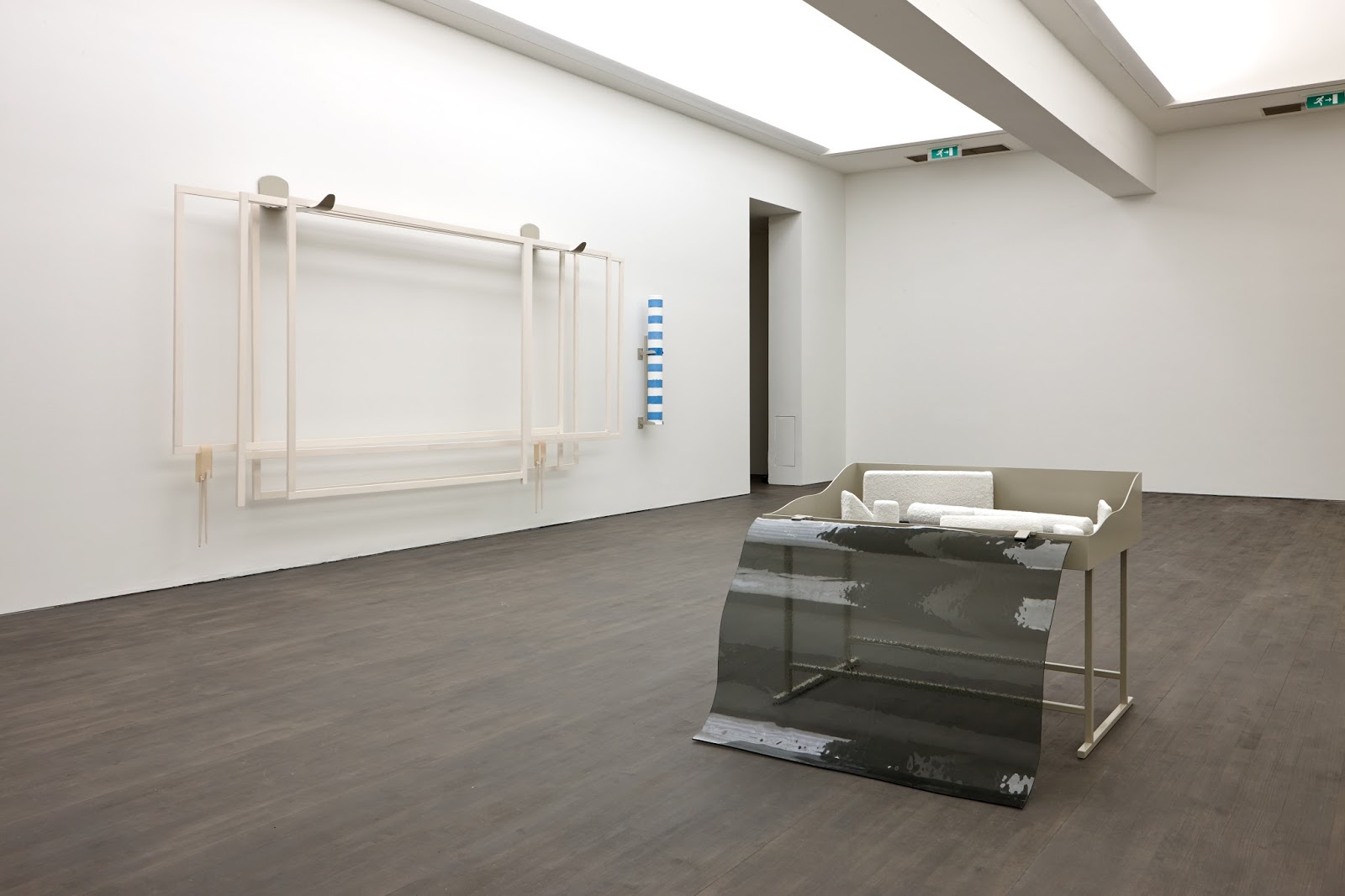 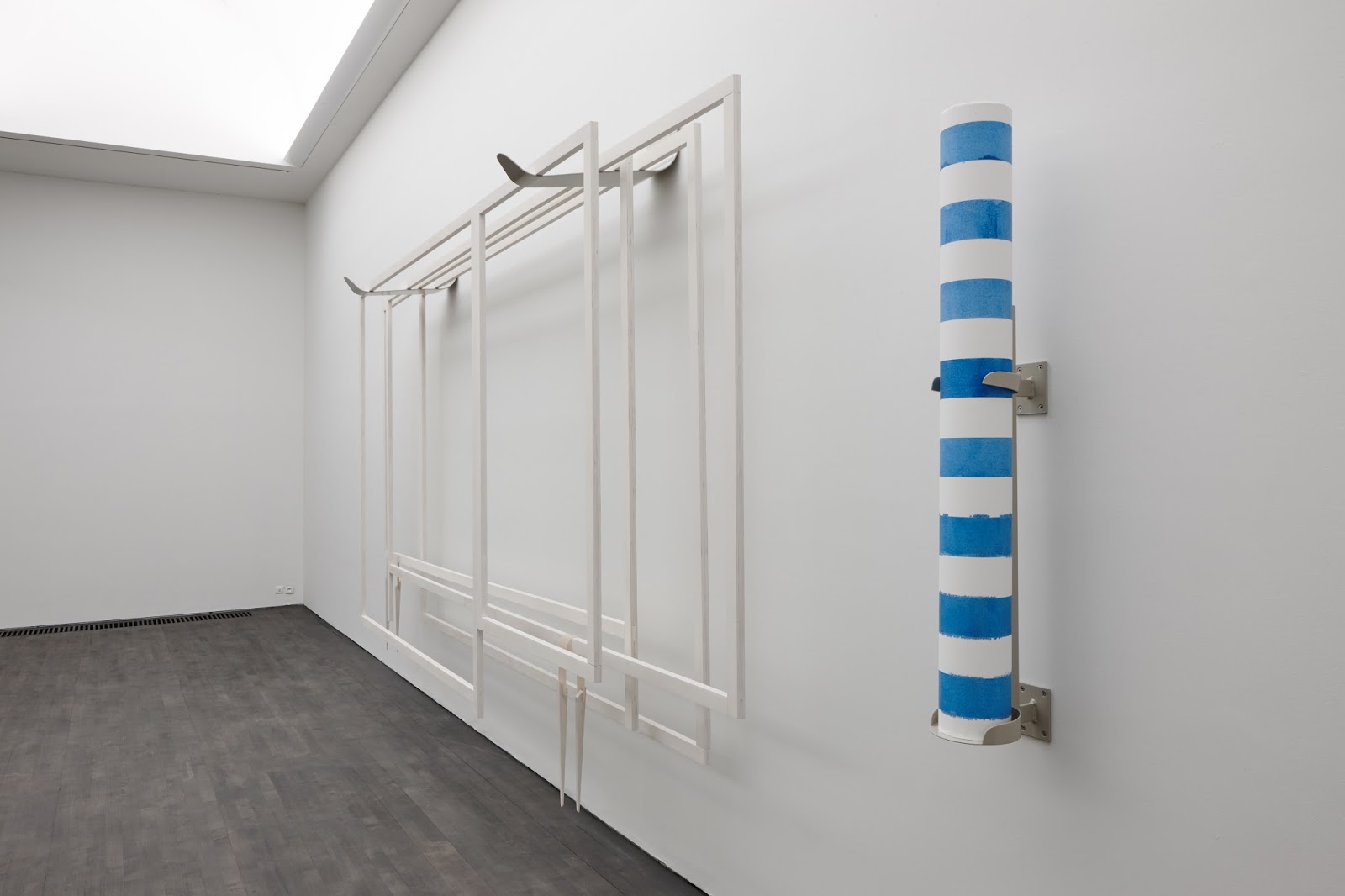 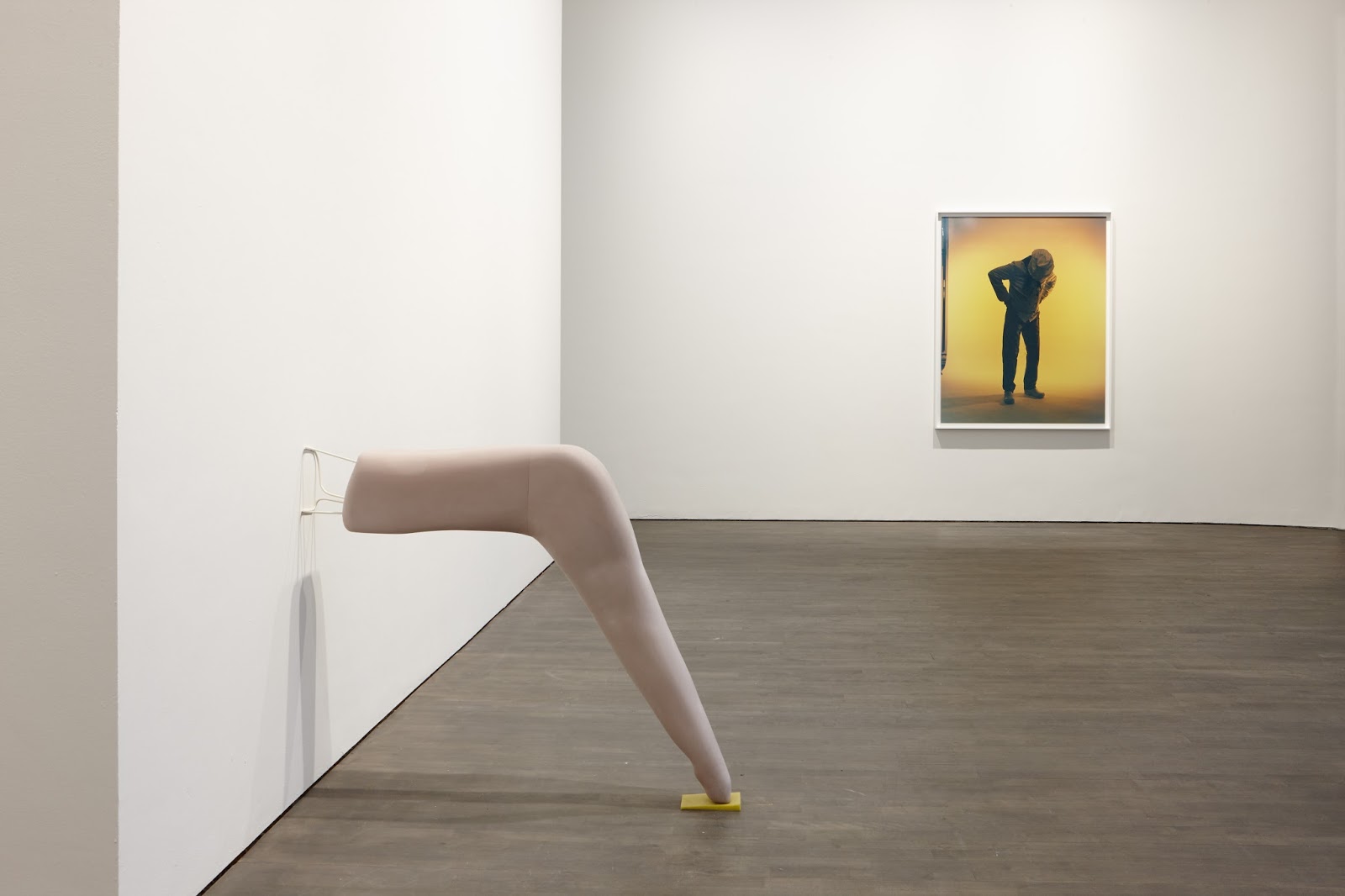 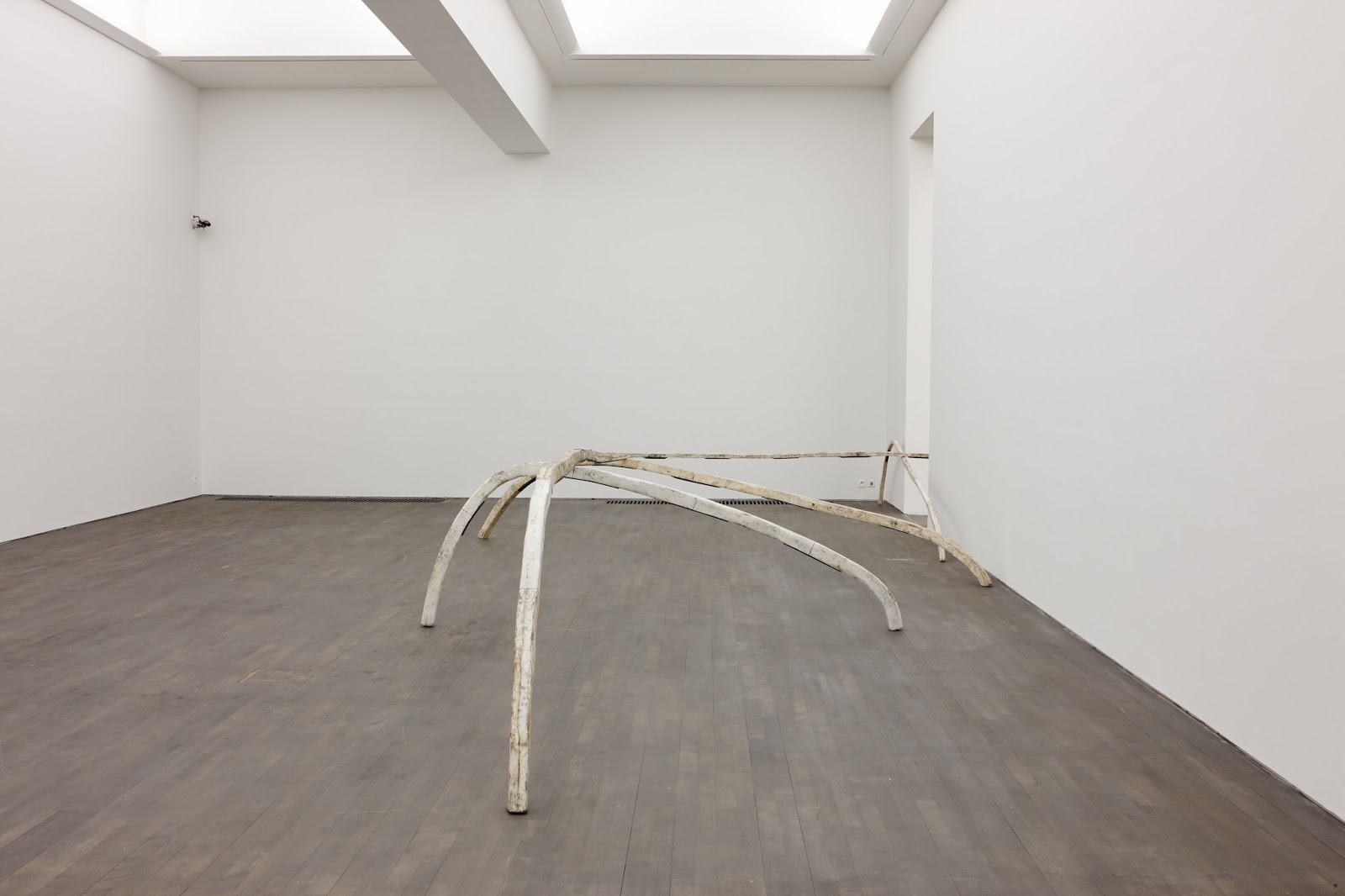 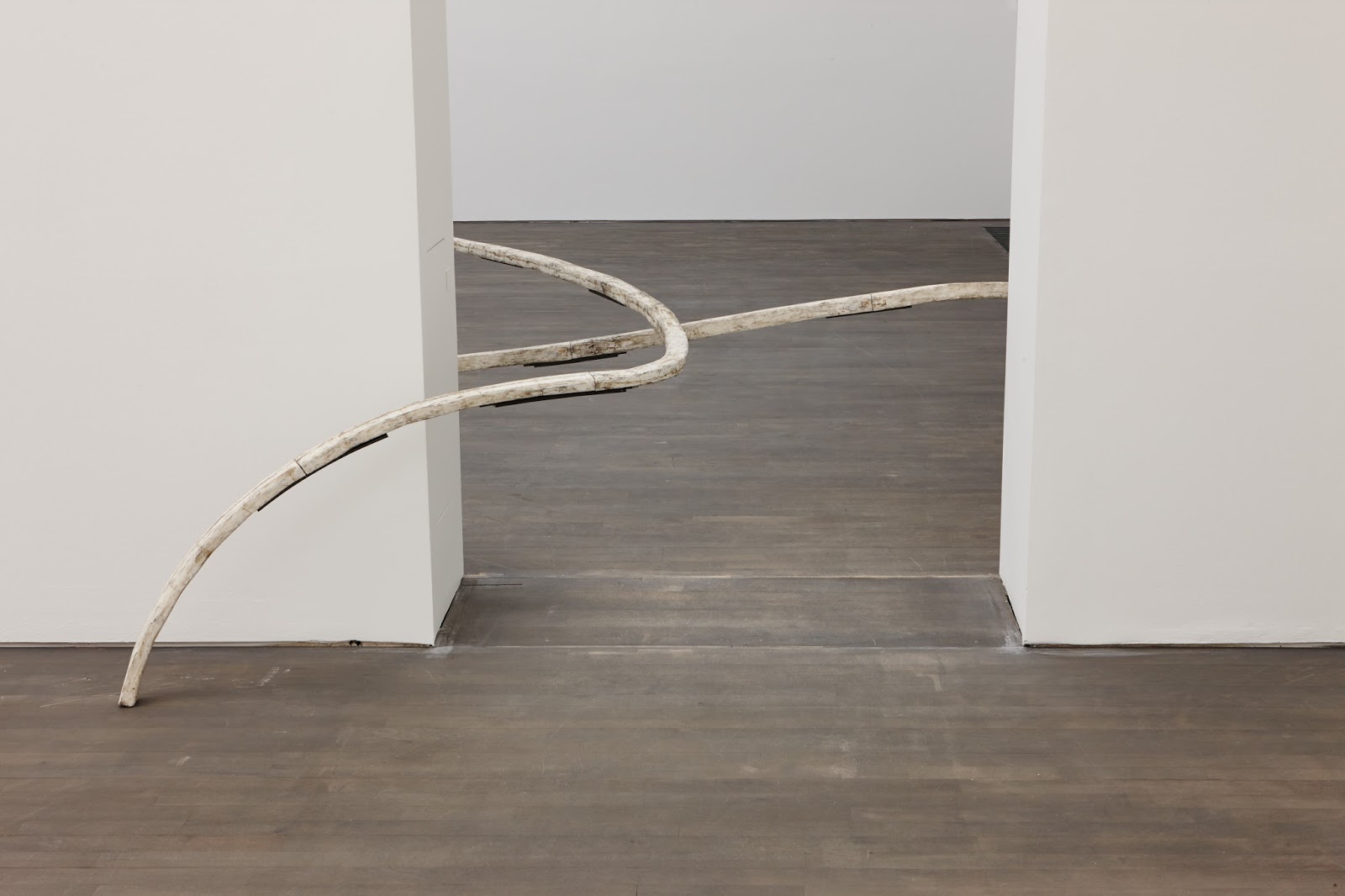 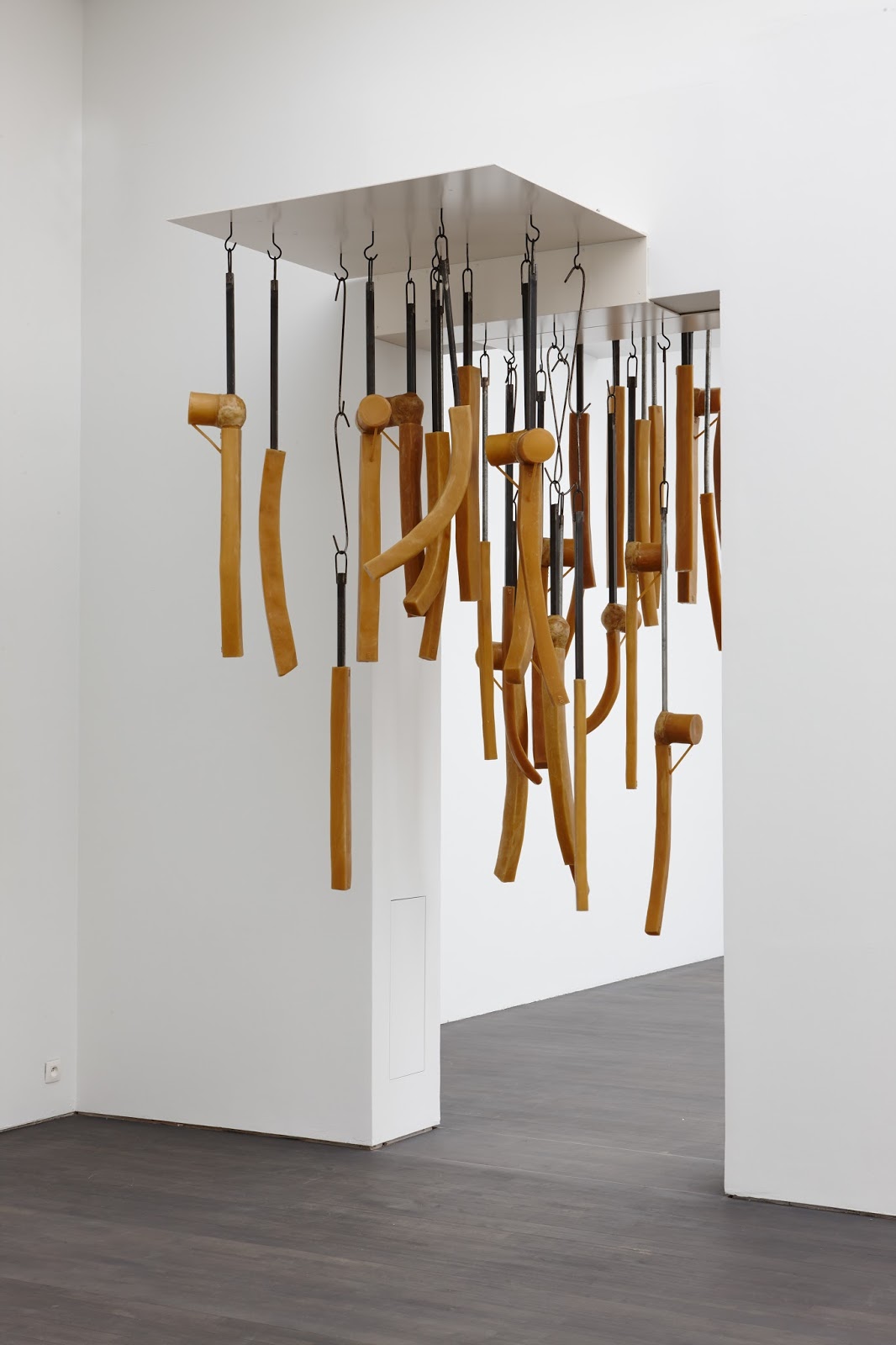 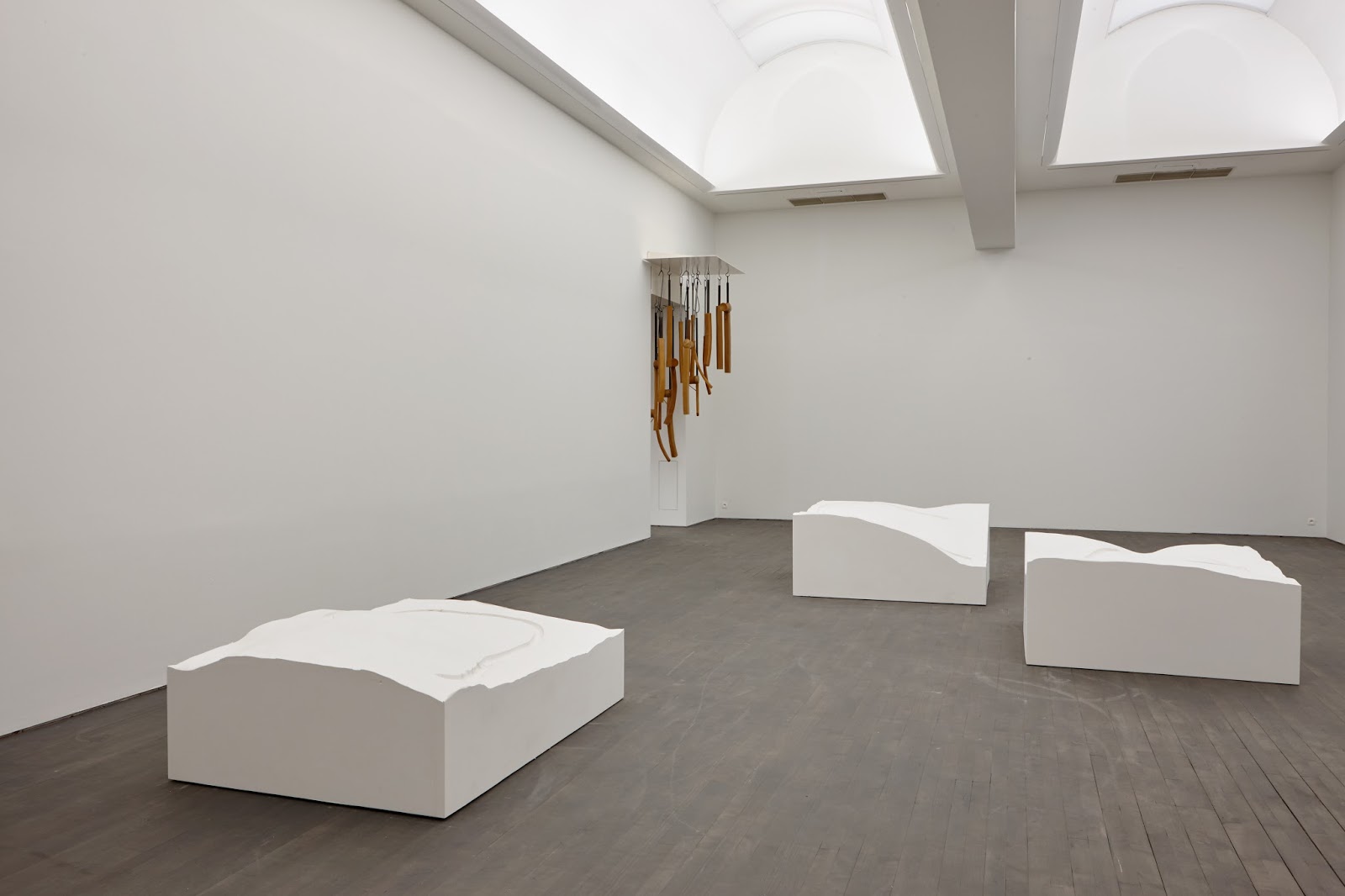 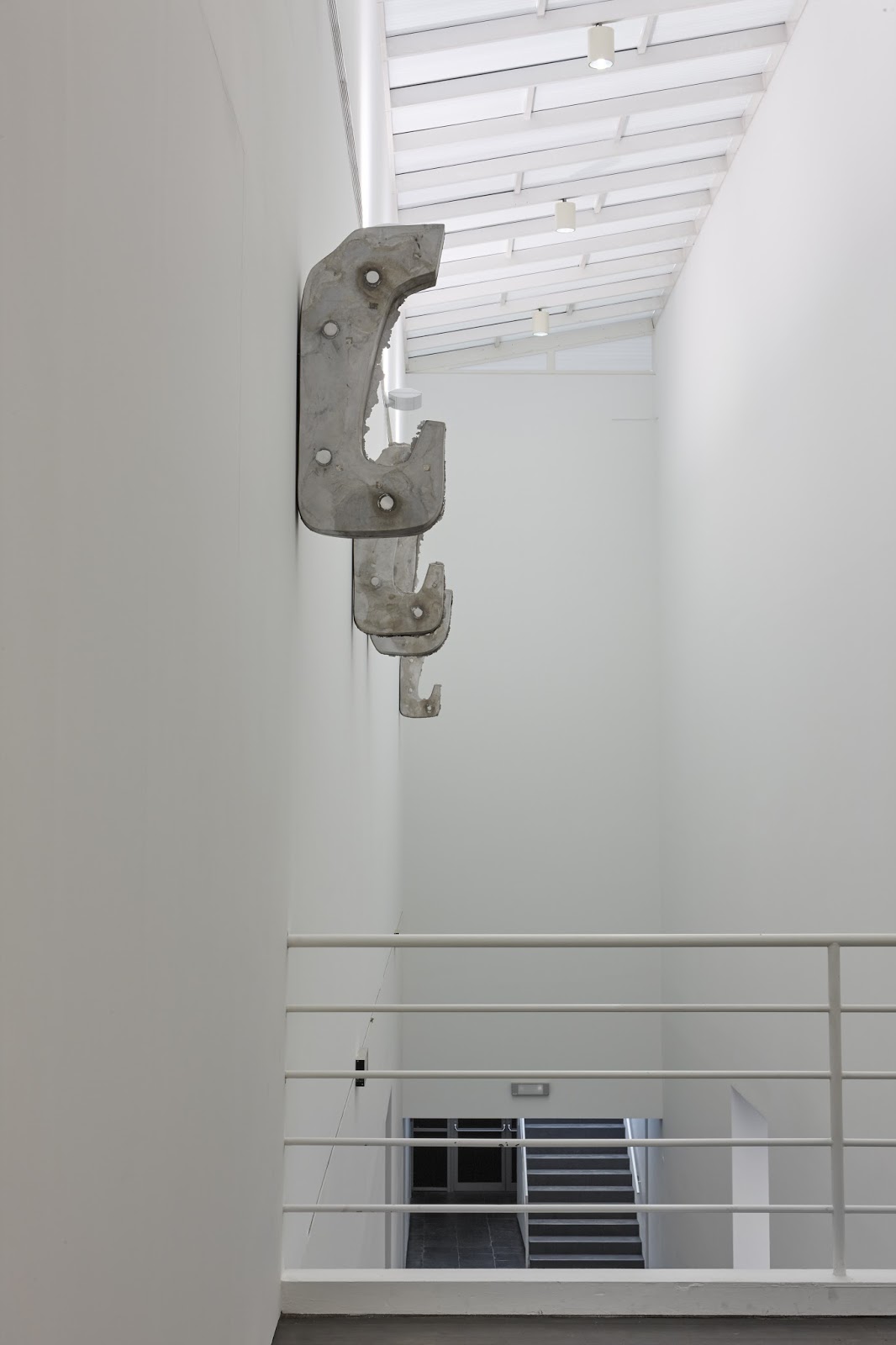 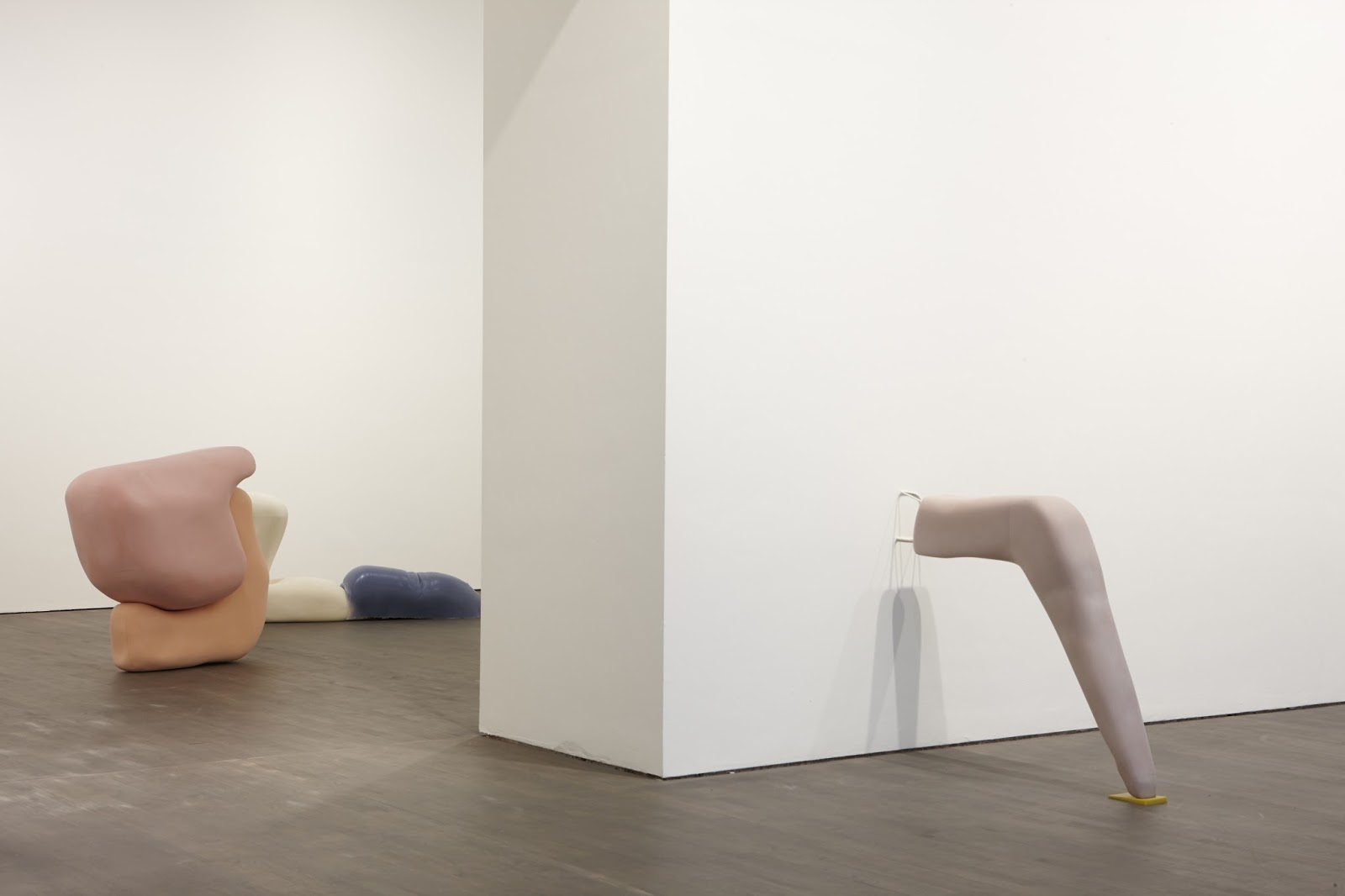 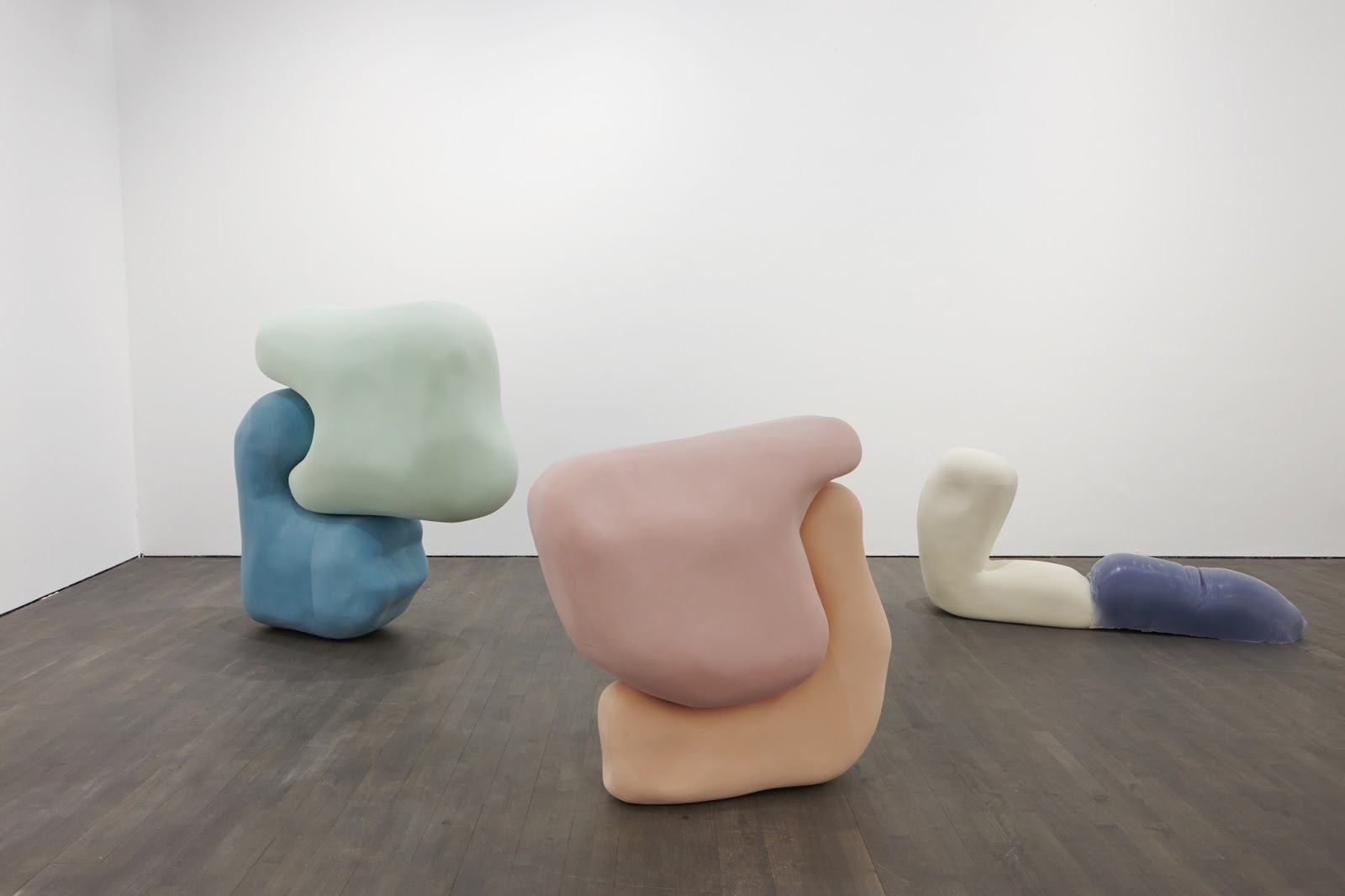 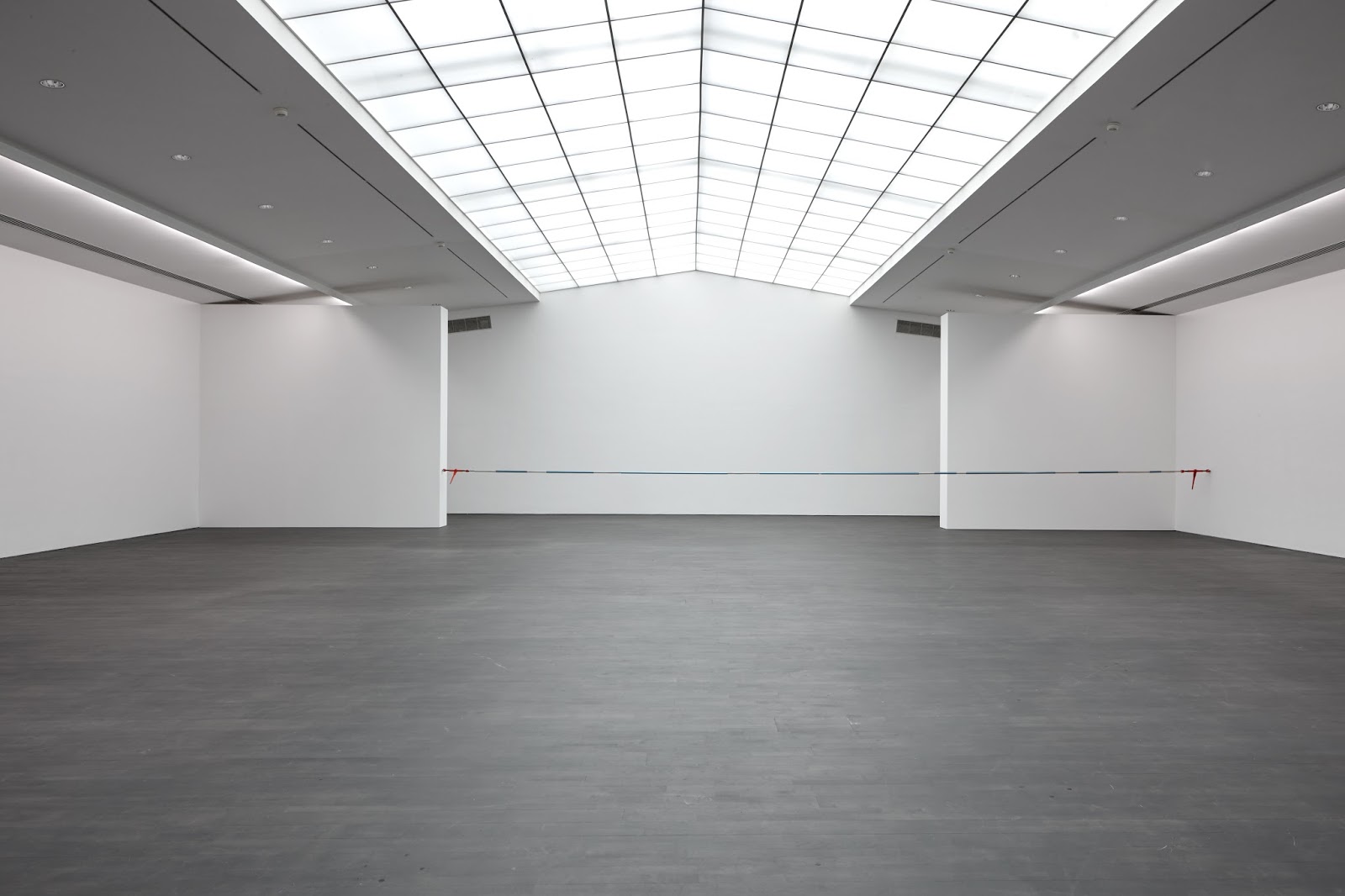 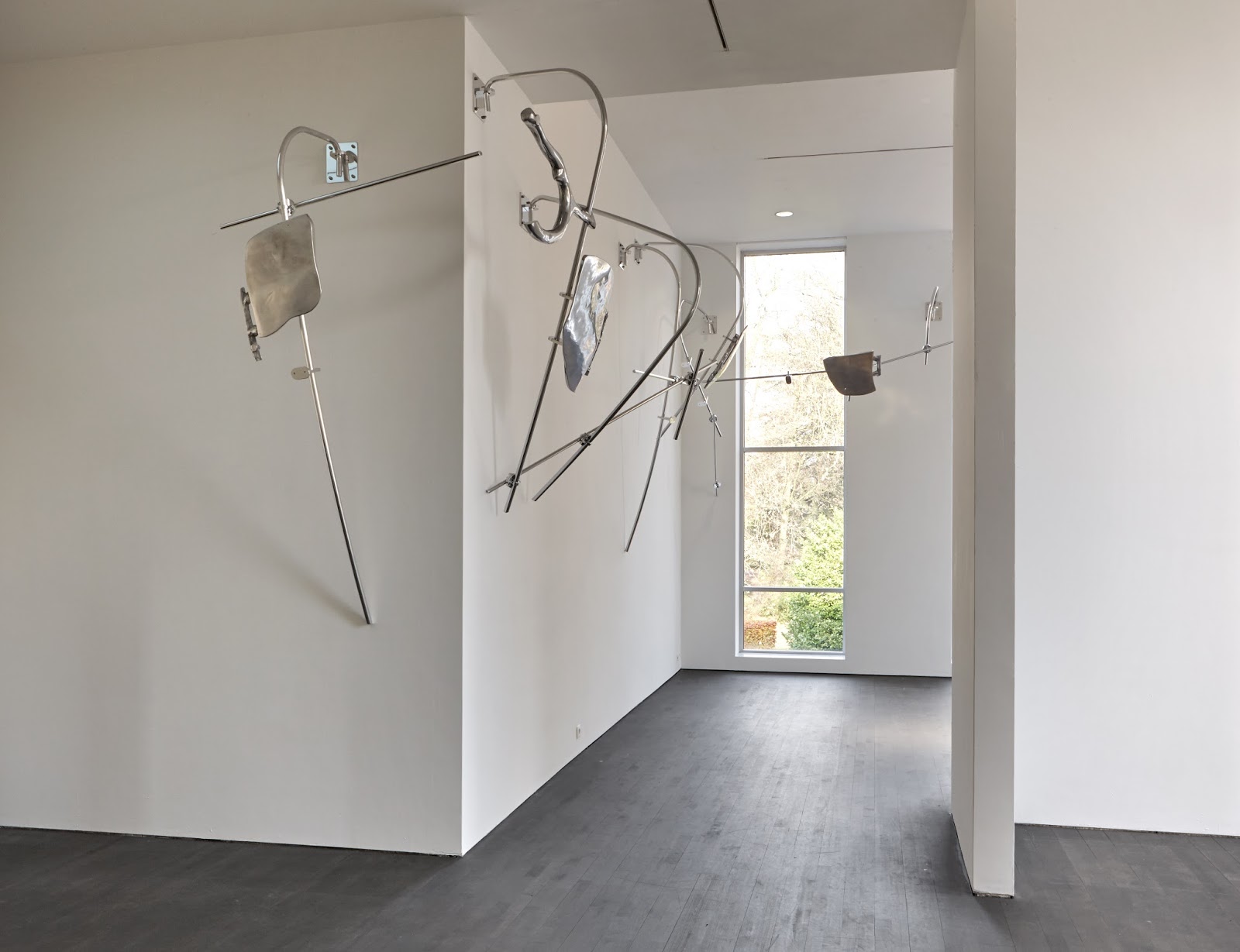 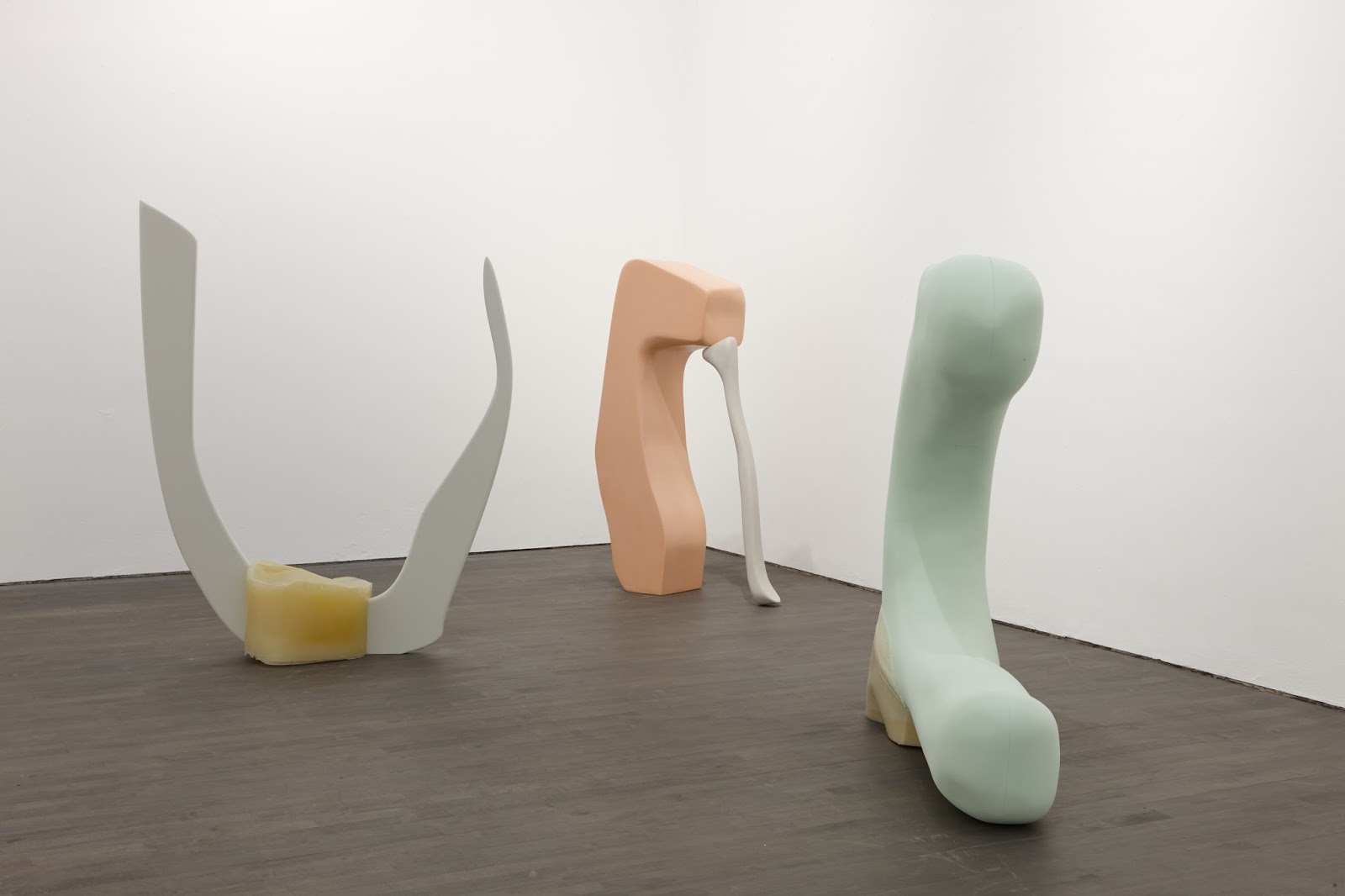 Nairy Baghramian (b.1971 in Isfahan, Iran; lives and works in Berlin) is one of the most influential sculptors currently active.  Déformation Professionnelle is an exhibition of new work by Nairy Baghramian. The artist has become internationally known for her contextual approach to exhibition-making via sculpture and photography in a site-responsive practice that plays off the body and its supportive functions.
Déformation Professionnelle is a new production which builds on 18 sets of works in the artist’s oeuvre from 1999 to 2016. Baghramian alludes to existing work and associated elements, from discarded ideas to working material. In this exhibition she is, in her own words, “surveying the survey”. By refusing to show what exists and nevertheless reconsider it in the ‘new’, this exhibition connects to fundamental questions about progress and economy and asks when something ceases to exist, and how something new comes into being.
Large-scale works such as Class Reunion (2008), Retainer (2012) and French Curve (2014) serve as a conceptual framework for renegotiations presented here, with titles such as Stay Downers, Headgear and Flat Spine. Both inside and outside the museum, in designated and peripheral areas, this exhibition shows a complex engagement with form, language and meaning in its shifts from one series into the other.
Taking its title from a French phrase that means an adjustment to one’s worldview that results from being overly specialized, Déformation Professionnelle also speaks of analysing one’s profession or métier: in this case the artist’s method. Baghramian radically liberated her oeuvre by reducing it to a supporting structure around which, as it were, she built a prosthesis in the form of this exhibition. Déformation Professionnelle was literally conceived in the setting of two eclipsed  spaces: the real or fictive blueprints of completed artworks, and the architectural space of S.M.A.K.
Nairy Baghramian has received international recognition, with exhibitions at Museo Tamayo in Mexico City (2015), the Art Institute of Chicago (2014), Museu Serralves in Porto (2014), the SculptureCenter in New York (2013) and the Venice Biennale (2011).