Inhabited by objects at CAB / Brussels

Inhabited by objects
A dialogue with the house of Jean Prouvé 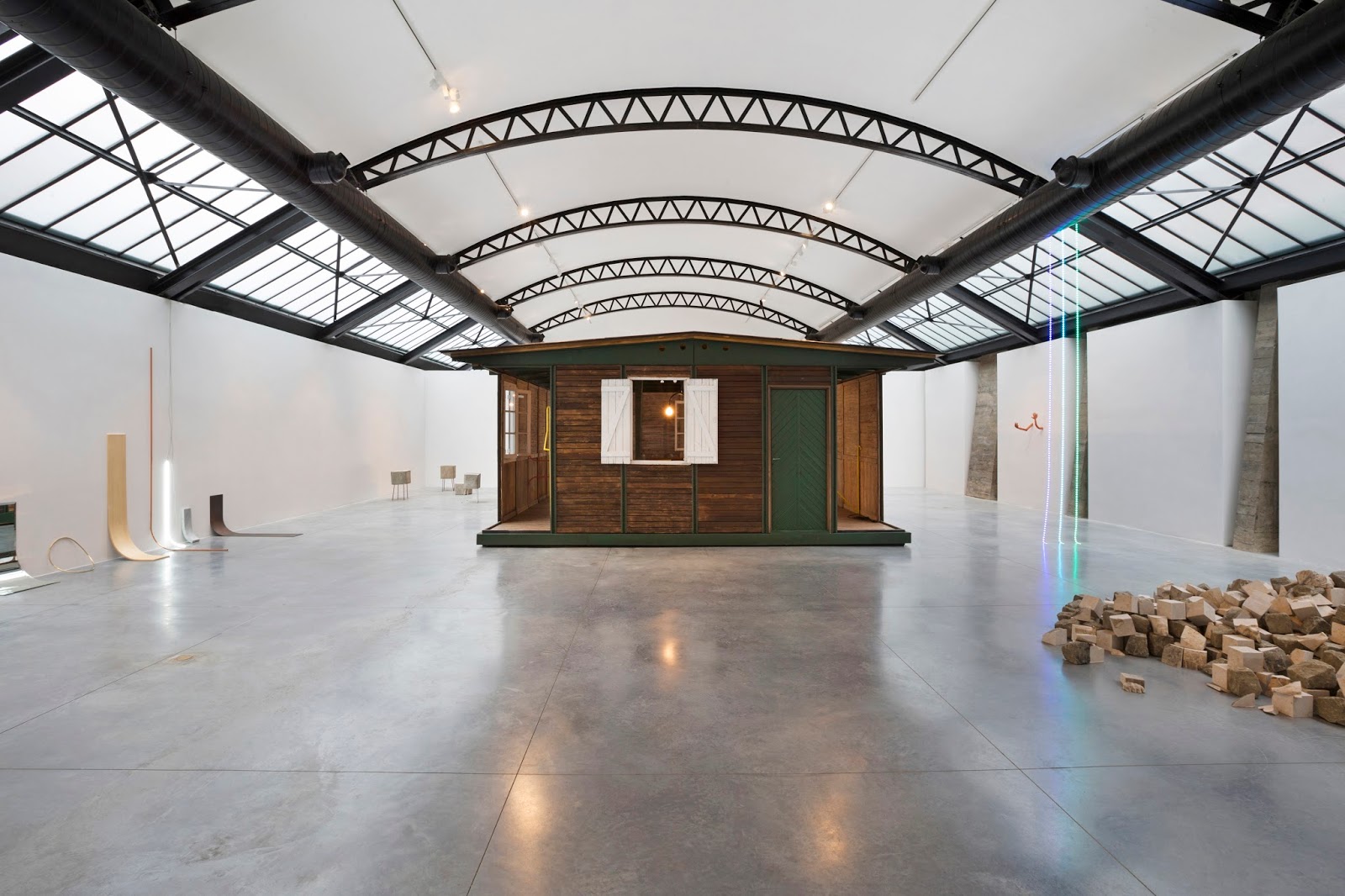 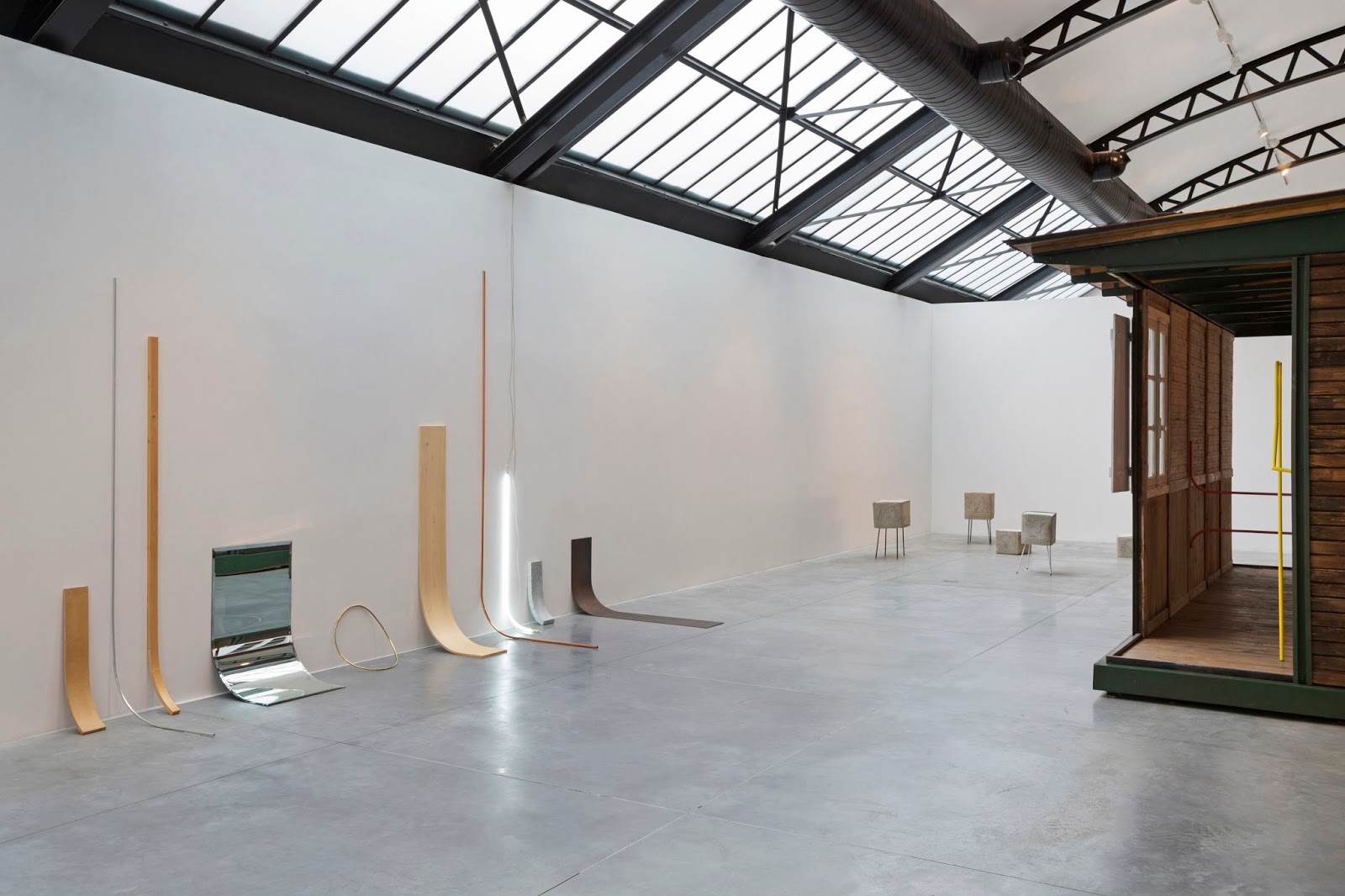 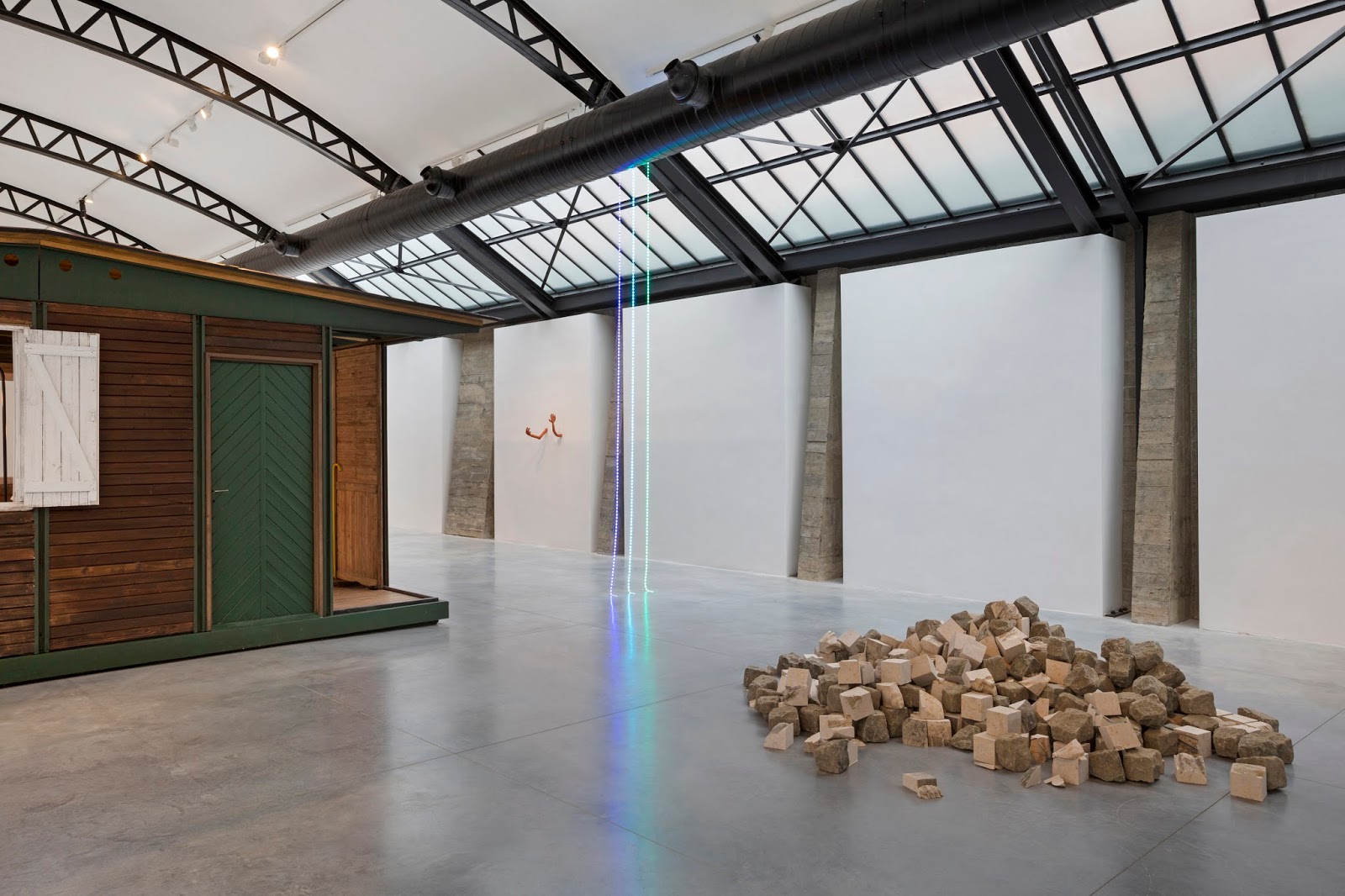 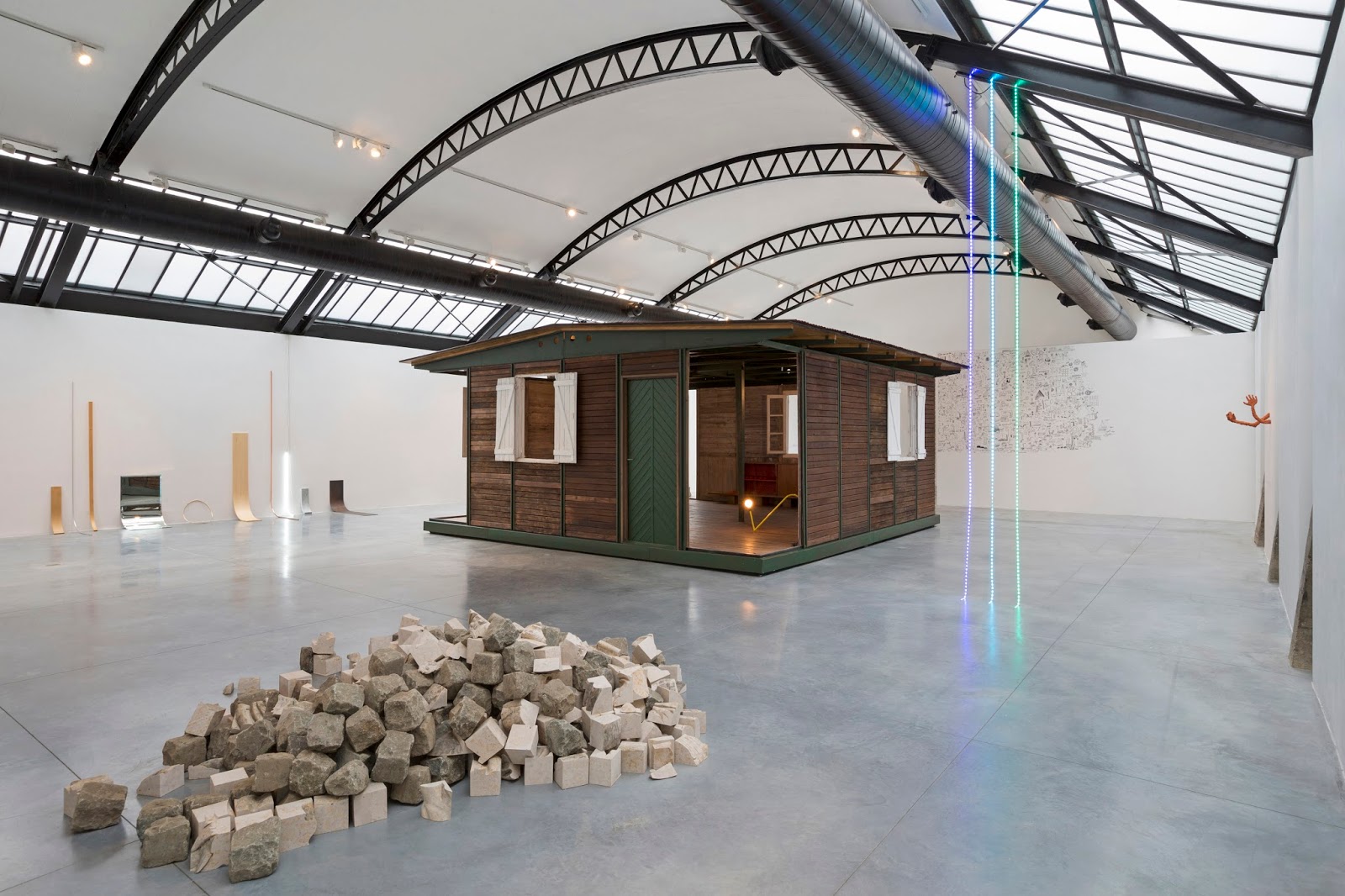 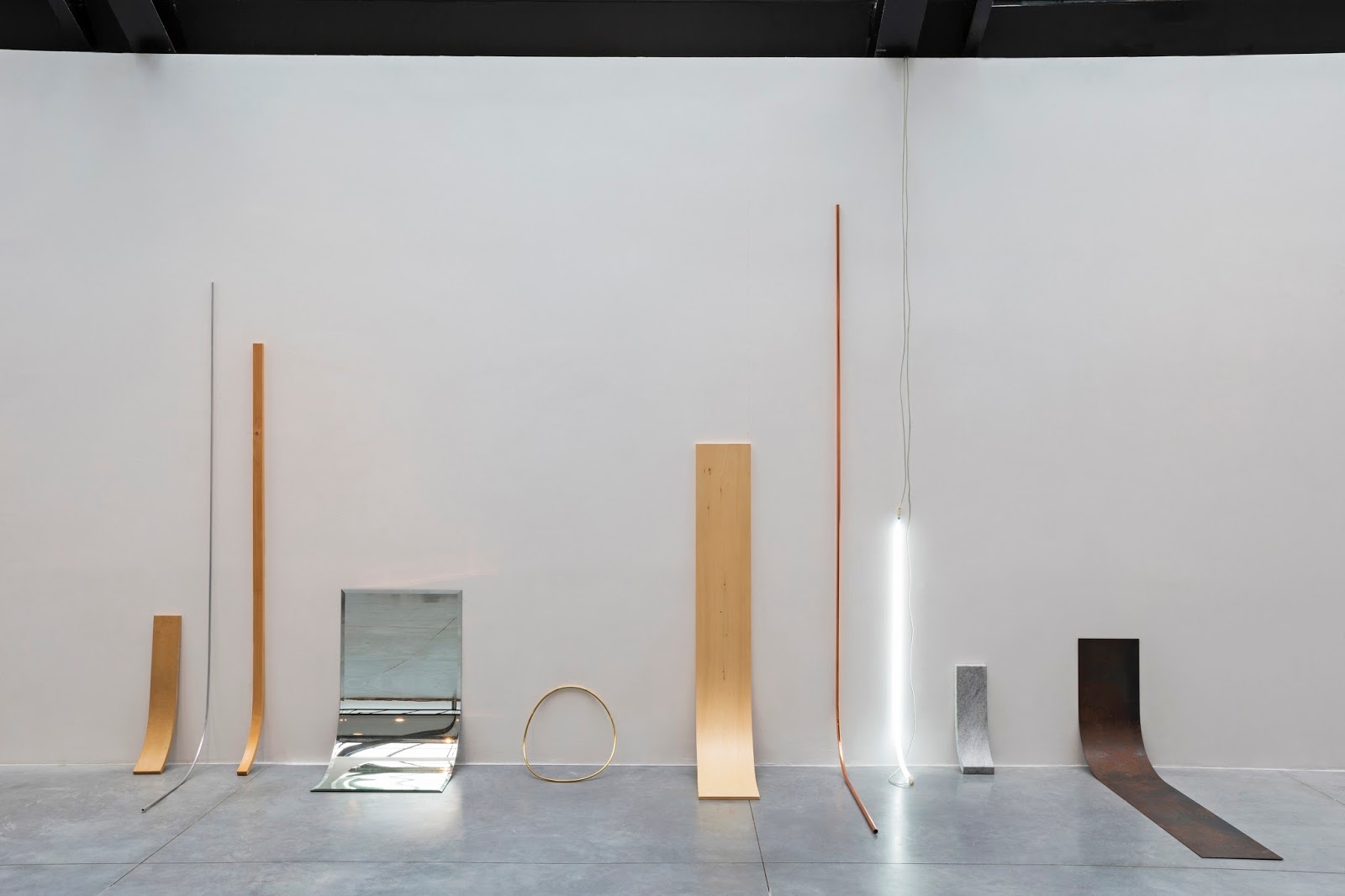 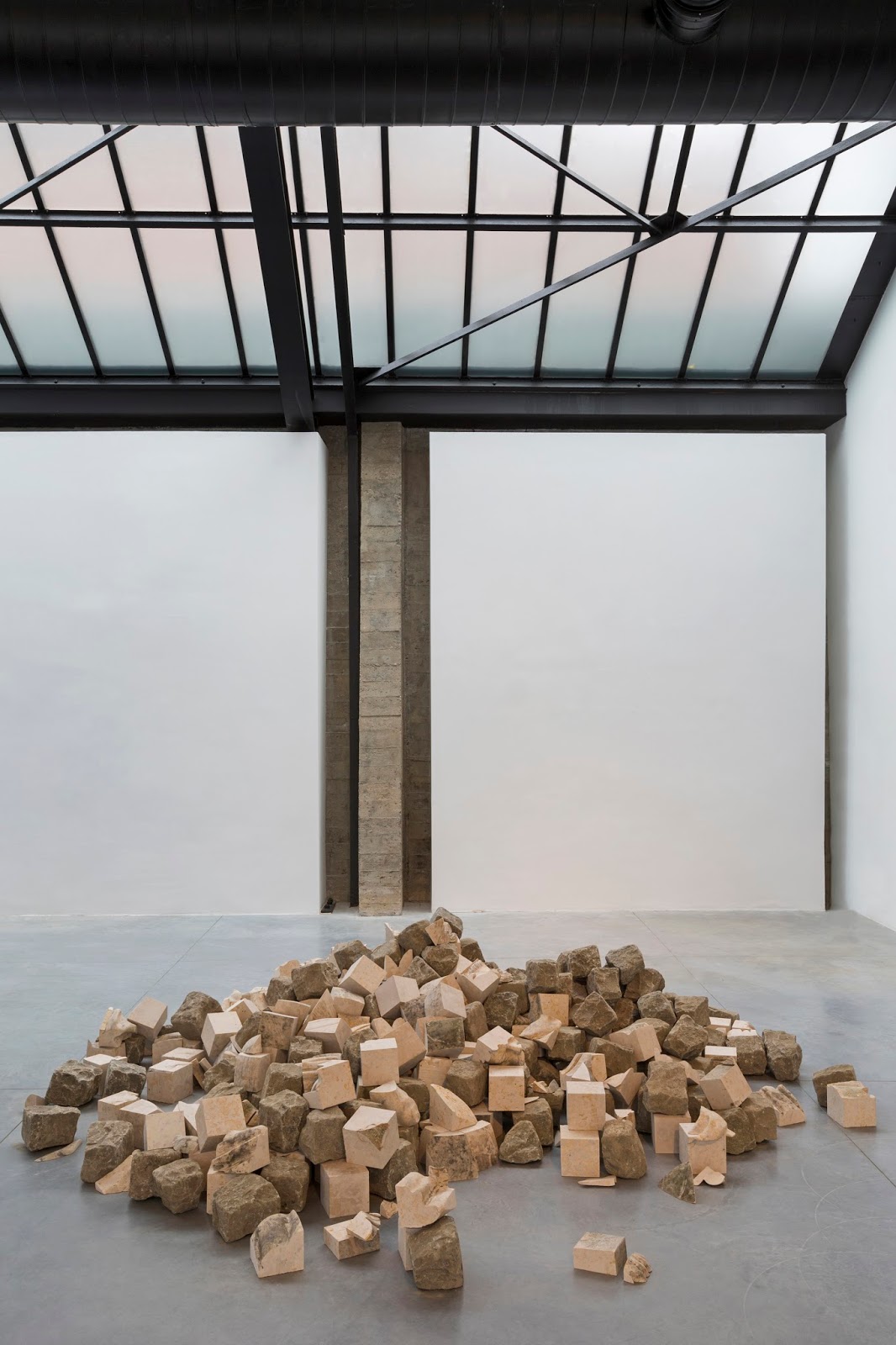 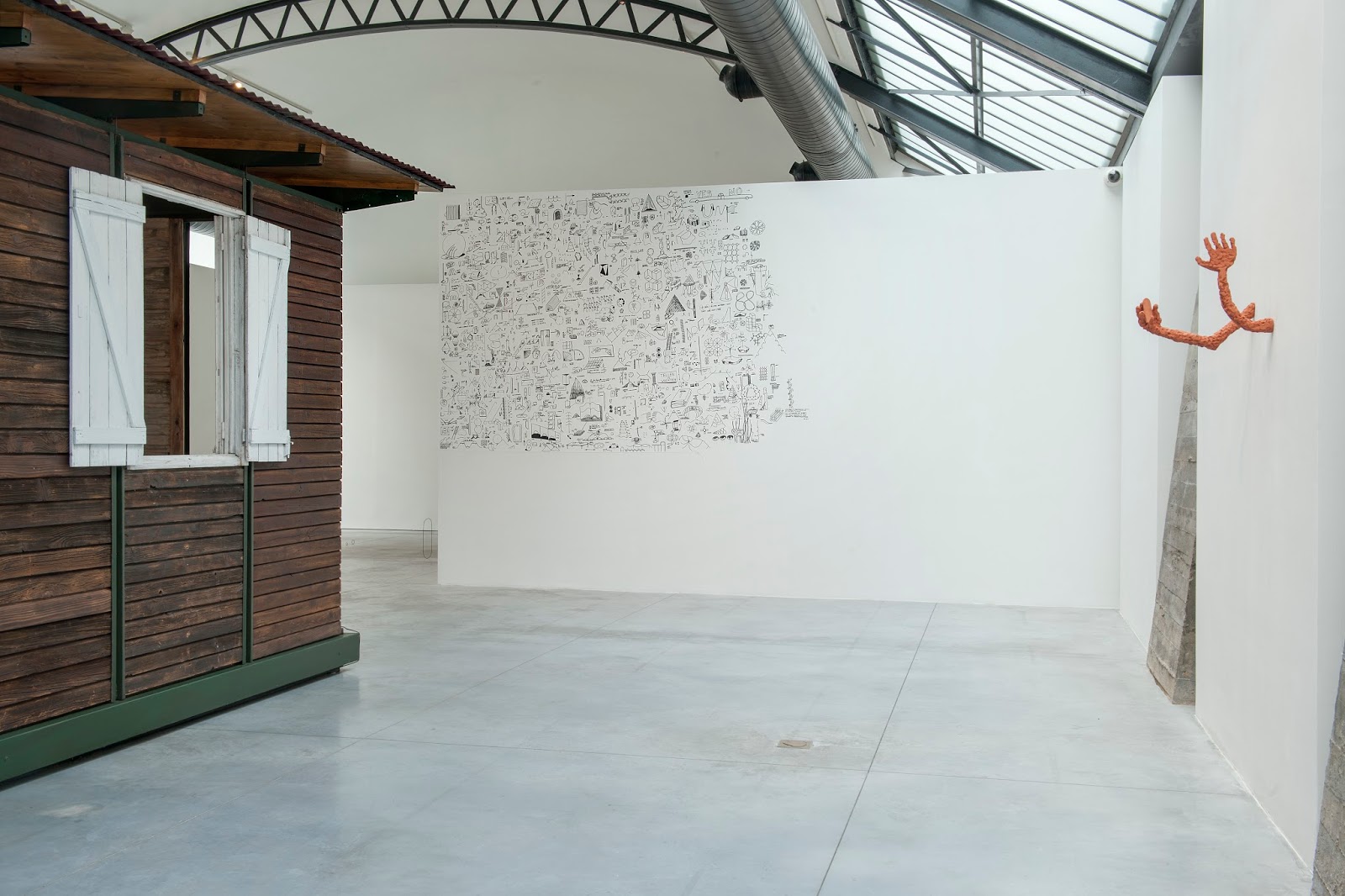 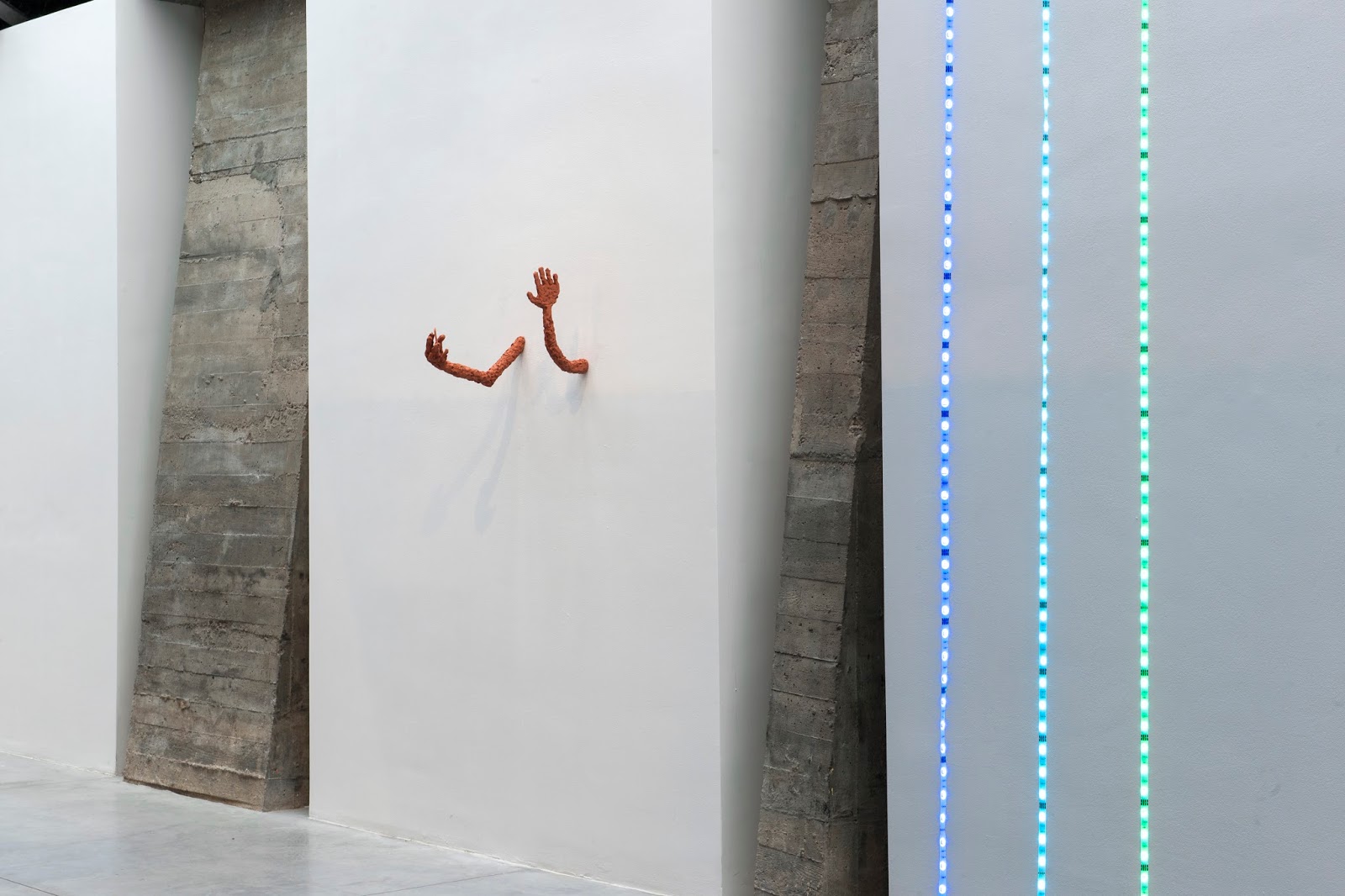 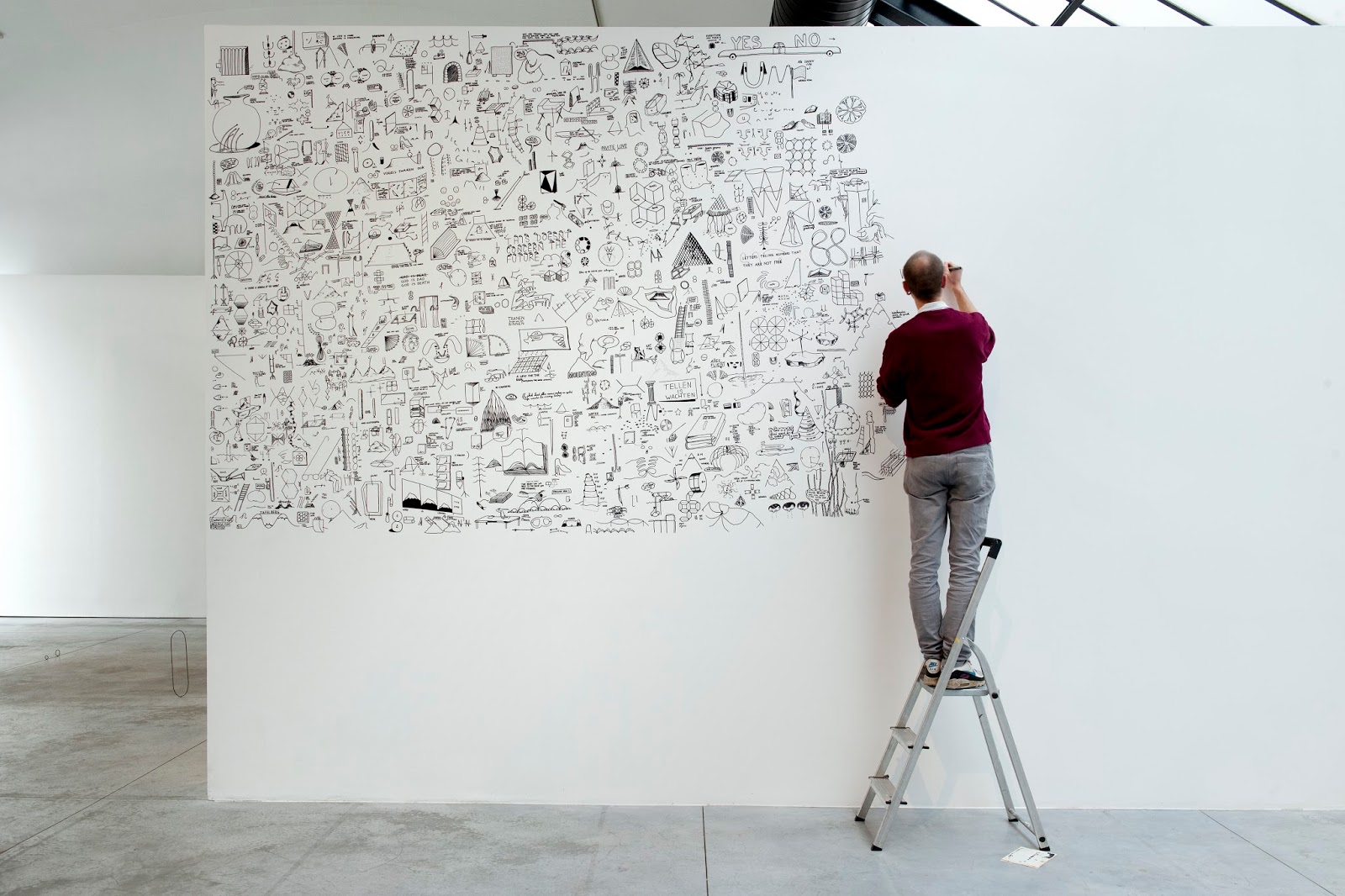 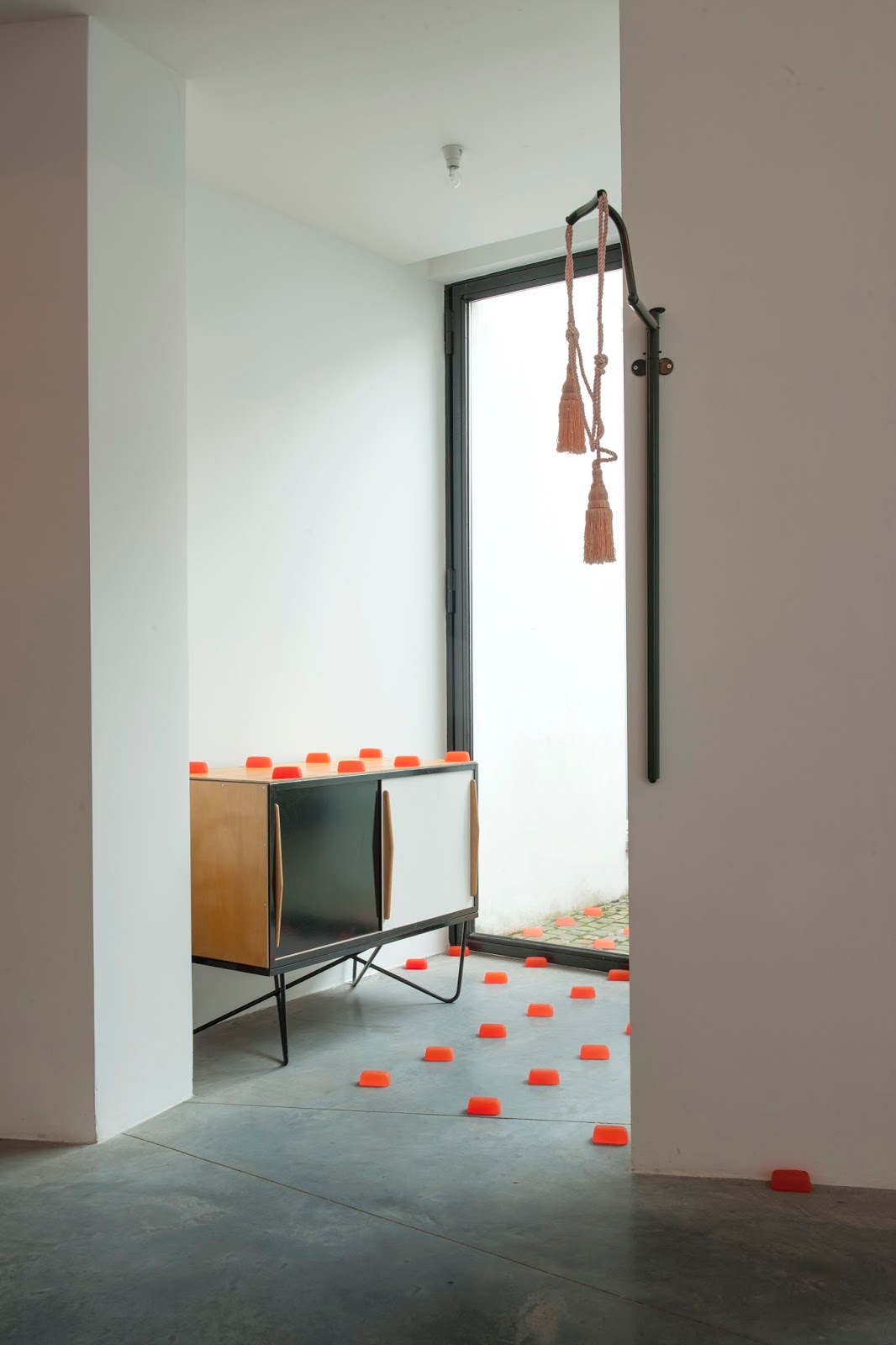 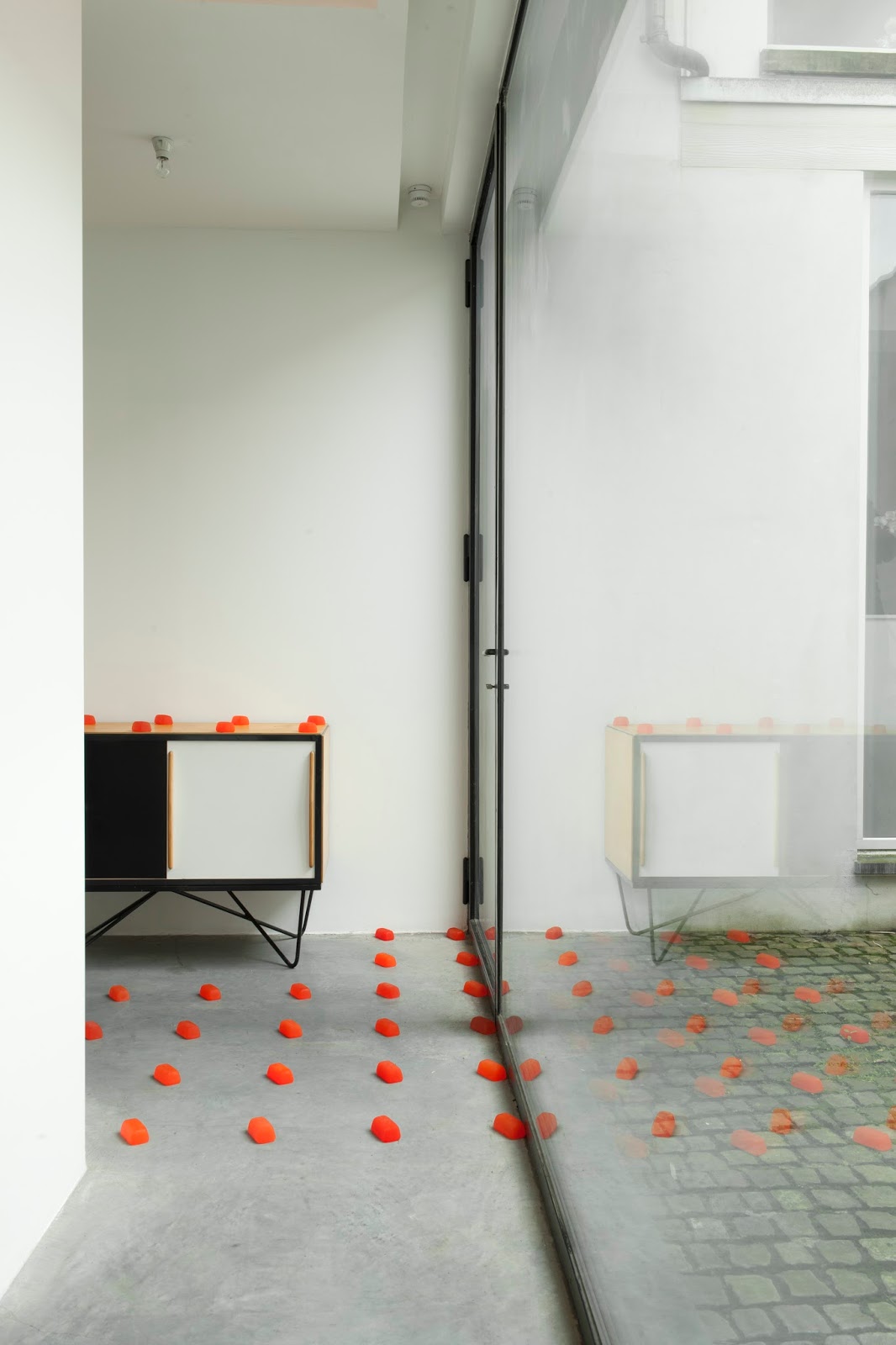 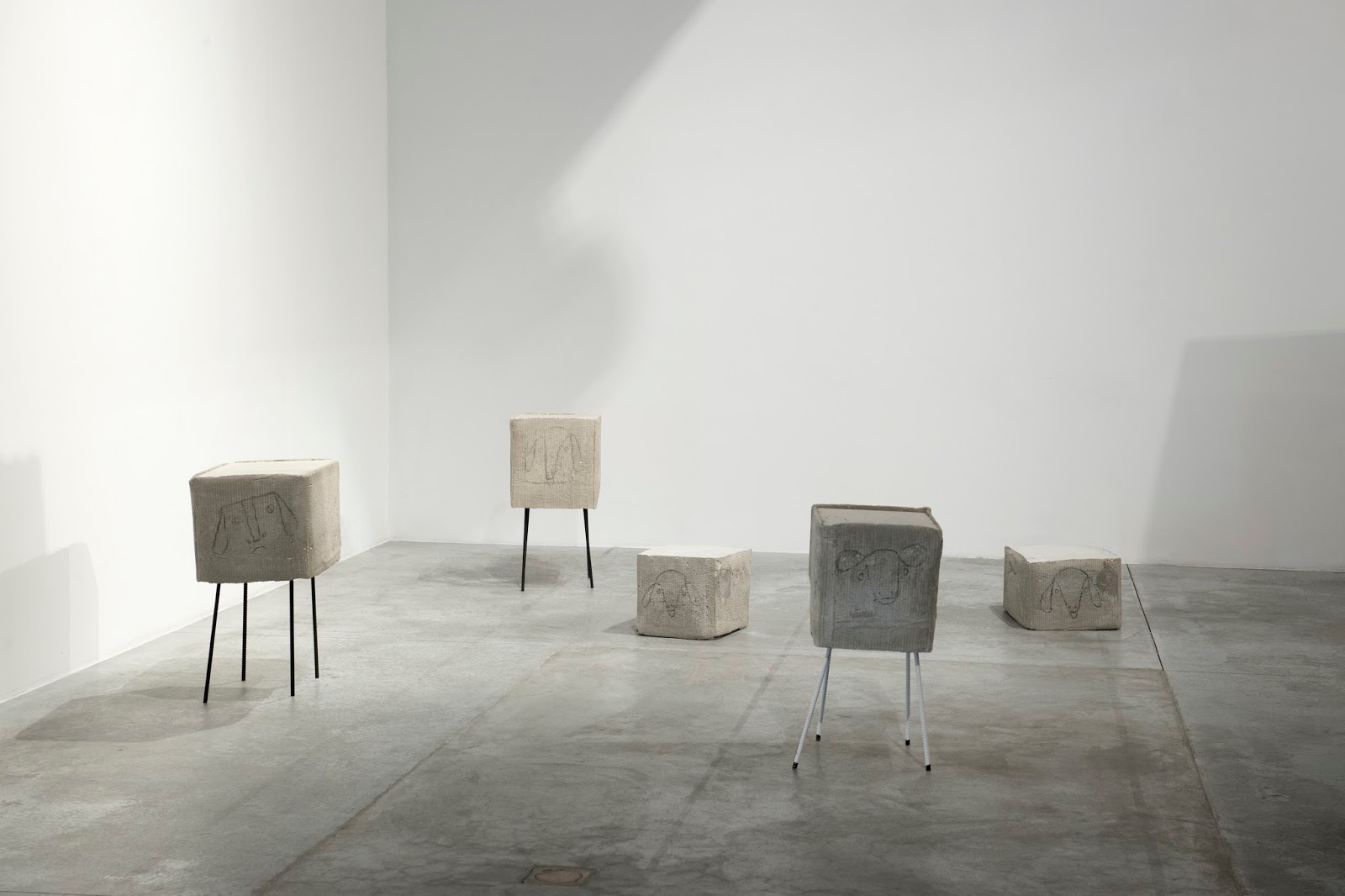 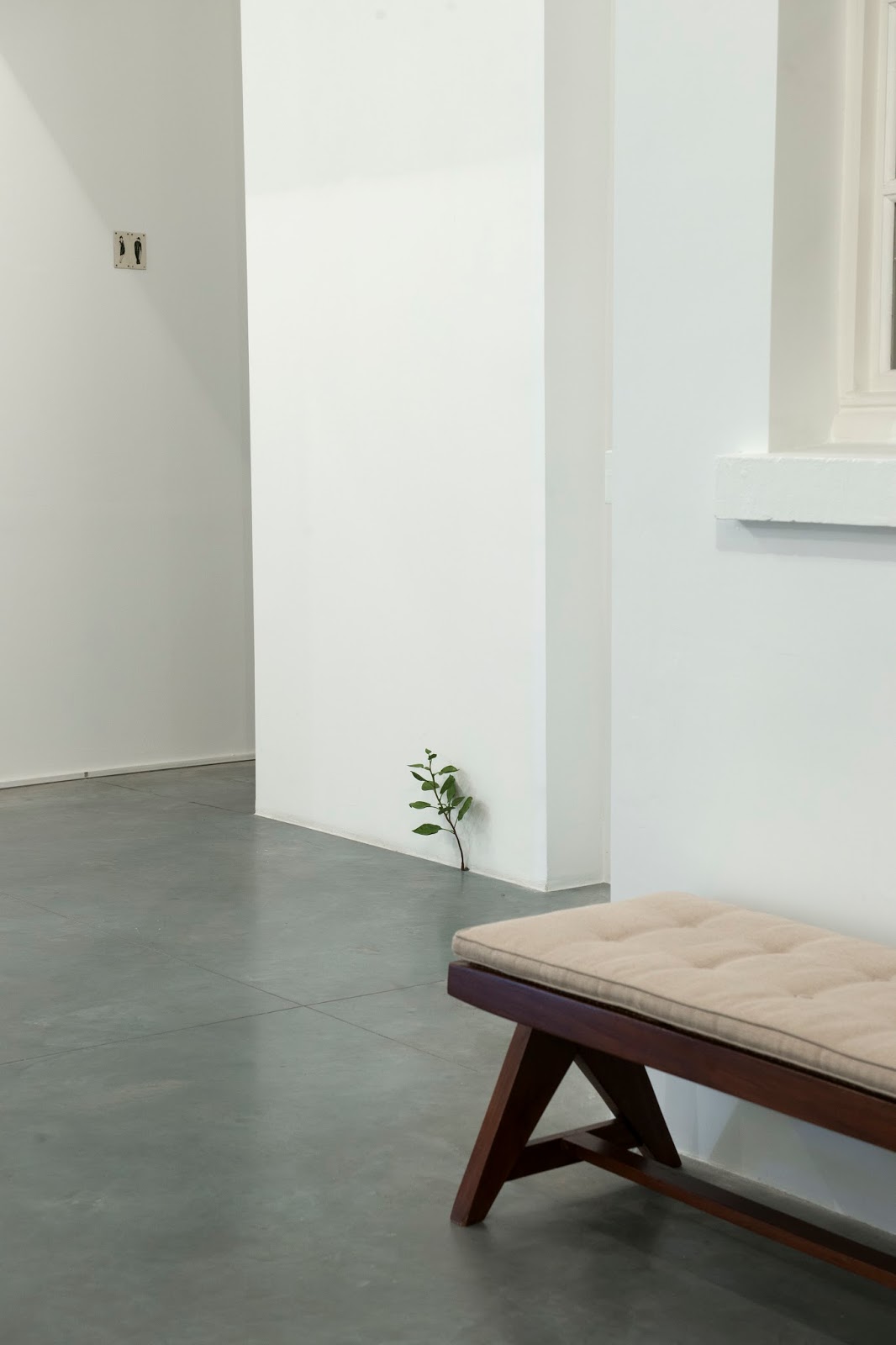 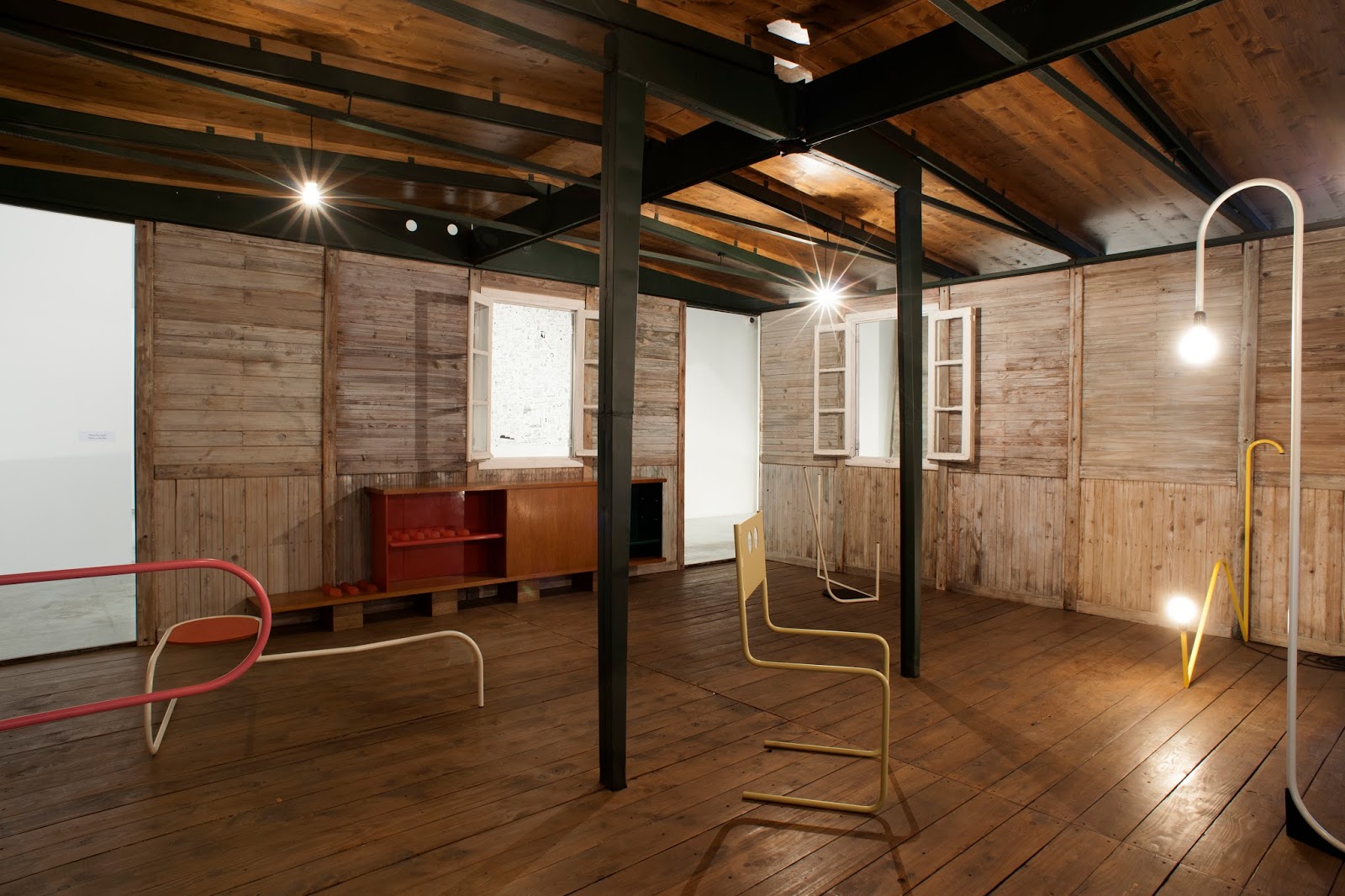 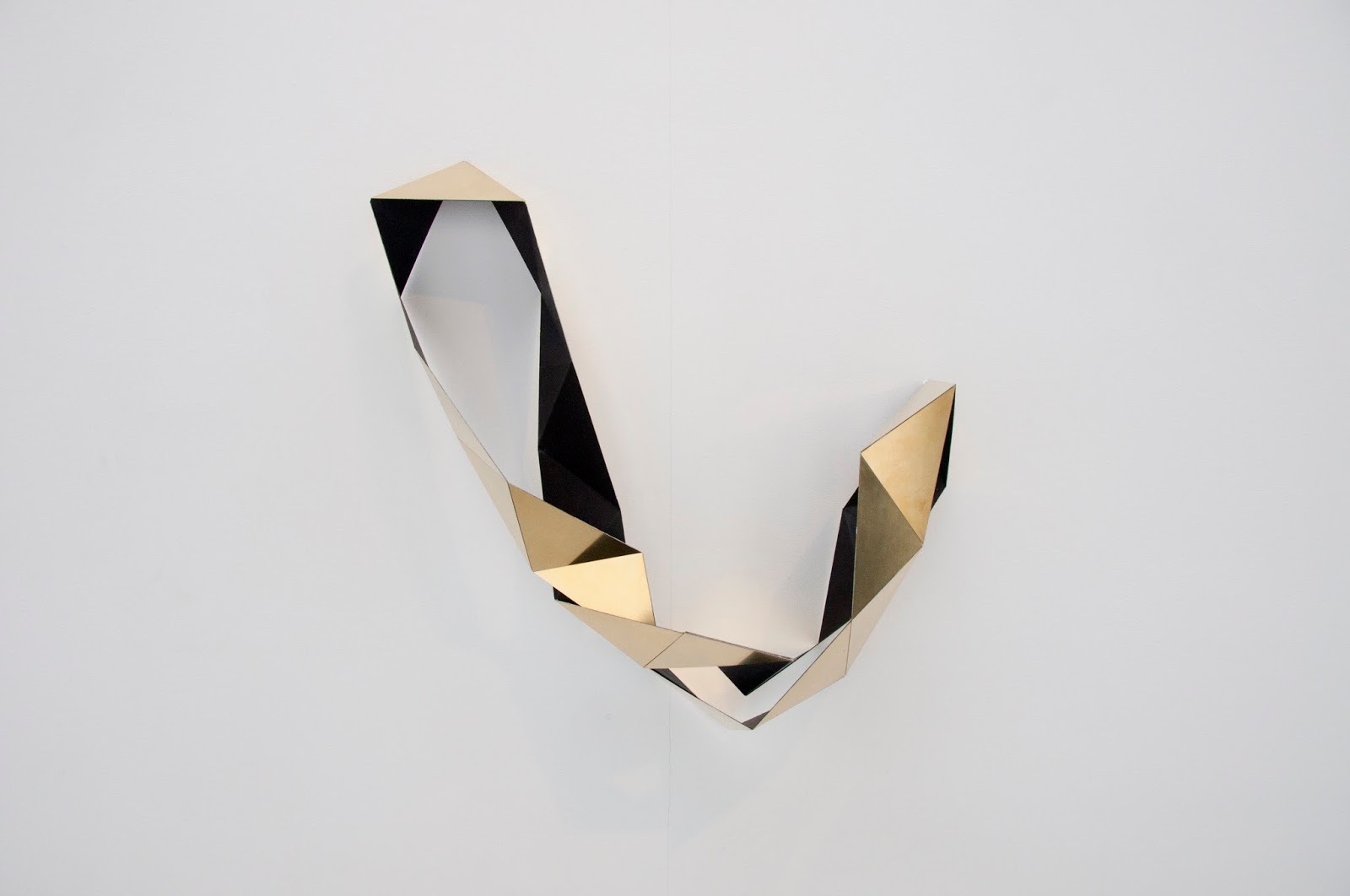 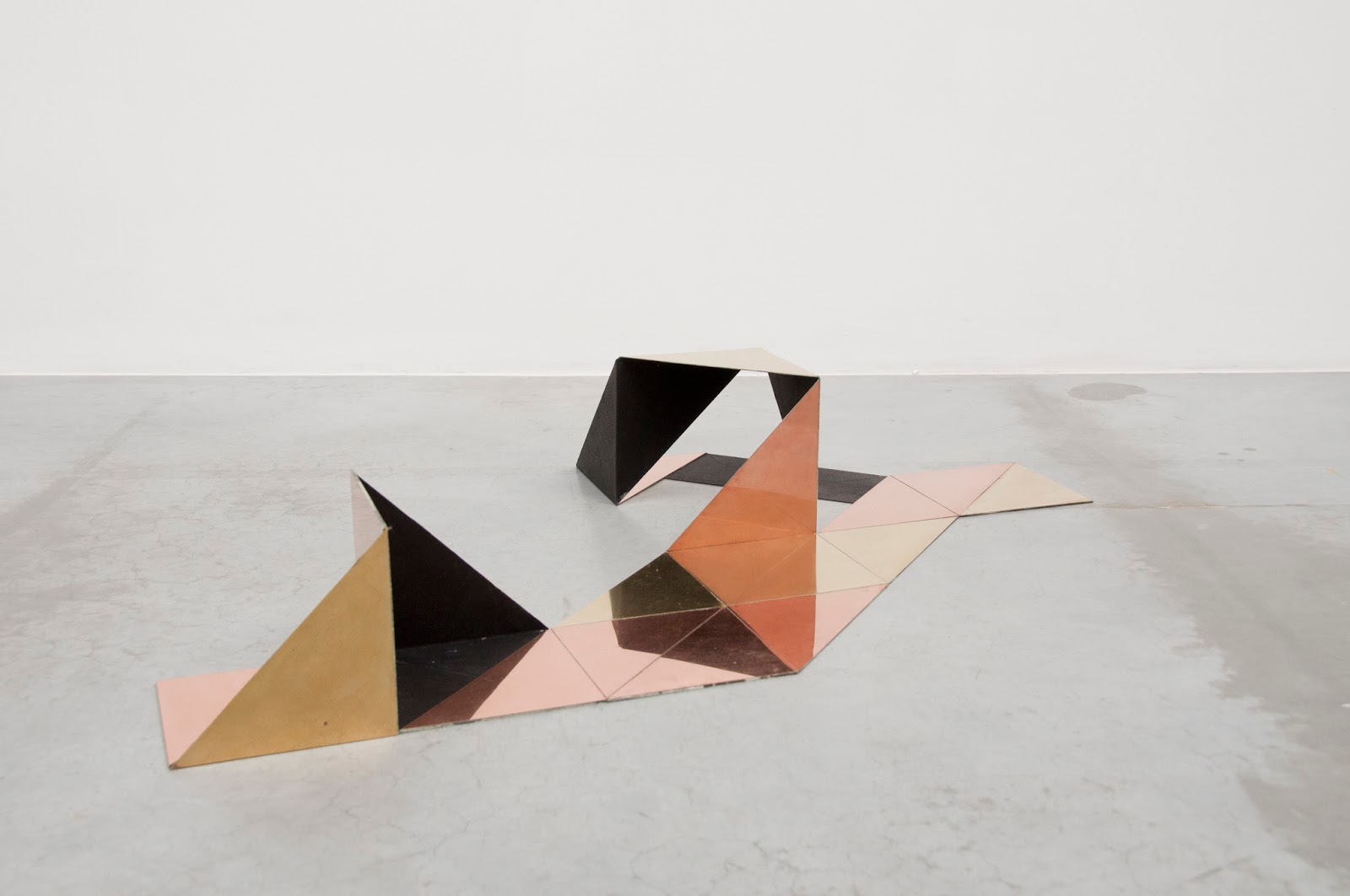 pictures: courtesy of the artists and CAB
photos by Philippe de Gobert and Laurent Brandajs

CAB is pleased to announce its first collective exhibition around the 6x6 Demountable
House by Jean Prouvé. The house, conceived in 1944, is the focal point of CAB’s 2016 -2017 programme. For this exhibition it is brought in dialogue with work by both Belgian
and international contemporary artists.

Through the presence of this architectural object, Inhabited by objects unfolds itself as
both an interior and an exterior. This ambiguity challenges our perception, our
expectations and our interaction with objects. The artworks on show blur the lines
between architecture, furniture, untensils, abstract objects and living creatures. This
confusion counts as an invitation to reflect upon our preconceived ideas related to
context, and on the mental categorisations we apply when perceiving objects.
Additional l y, it  it  tends to reflect on objects within the spectrum of their possible
autonomies and actorship.

Considering the object as being context-dependent, Erika Hock (b. 1981, Kyrgyzstan),
Rosa Sijben (b. 1988, Netherl ands) and the Danish collective A Kassen (since 2004,
Denmark) propose its constant redefinition and reinterpretation. In her Elbows and
Knees series; furniture-like metal tube structures (one of which was created specifically
in relation to Prouvé), Erika Hock confuses us with their dysfunctionality. In extent,
Folding Structures resonates the modul arity characteristic to Prouvé’s modular housing
units. Rosa Sijben creates what she calls 'situational choreographies', situations that
count as a disrupt between life and art to question the 'raison d'être' of everyday
mundane objects, defined by a context' s function, its active users and its passive visitors.
She disperses orange abstract blocks in the exhibition space in her performative
installation Zouden Zul l en Zijn. In their new production Cobblestone (Atlas),  A Kassen
draws on the notion of ‘Spolia’. Their use of this ancient practice in which parts of
historic monuments and buildings are repurposed for new constructions, hints at the
value of the object within the framework of art history’s canon.

Alicja Kwade (b. 1979, Pol and), Ode de Kort (b. 1992, Belgium), Koenraad Dedobbeleer (b.
1975, Bel gium) and Timo van Grinsven (b. 1985, Netherl ands) question forms and objects
that at first glance seem evident, deforming their nature to confuse or heighten our
conscious perception. In her anthropomorphic mixed-media instal l ation, Kwade deploys
distortion to subtly alter our cognitive experience of time and space. Ode de Kort
currently conducts a long-term research into the formal qualities of the circle,
elaborating on the hidden dynamics within this  apparent static form. Subsequently,
Koenraad Dedobbeleer operates translations; he teases us with sculptures that seem
famil iar whil e non of them actually form part of our everyday surroundings. Timo van
Grinsven will create an in-situ performative drawing inspired by archetypal forms,
expressing his tendency to personally construct logistic structures and systems, formed
by a mental game of back-and-forth associations between image and text.

The 'elevated' status of the art object is undermined through the works of Tony Matelli
(b. 1971, United States), Peter Regli (b. 1959, Switzerl and) and Judith Hopf (b. 1969,
Germany). In her touching and almost pathetic installation Flock of Sheep, Hopf plays
with the paradox between the immobility of concrete cast moving boxes, further
inforced by the expressiveness of its drawn sheep heads. She claims to apply 'stupidity'
to subvert the seriosity of the art world. Peter Regli similarly uses humor and irony in
his series 'Reality Hacking' (since 1996) by capturing the iconic figure of the snow
monster to implant it where it is least expected. He aims to surprise the viewer whose
sensory experience of his surroundings easily gets obscured by daily stress. We find a
similar direct approach in the series Weeds by Tony Matelli, sprouting from in between
gallery walls and floors in a way that is both hyperrealist and surprising.

The suggestion of movement that connects the artworks on show, renders the
exhibition with a human-like dynamics that is both playful and unsettling. This results in a
surreal and absurdist scenographic arrangement that questions our expectations of
what an object - sculpted, drawn, photographed or filmed - can be.

Inhabited by objects is an exhibition that was conceived and executed by the team of
CAB.