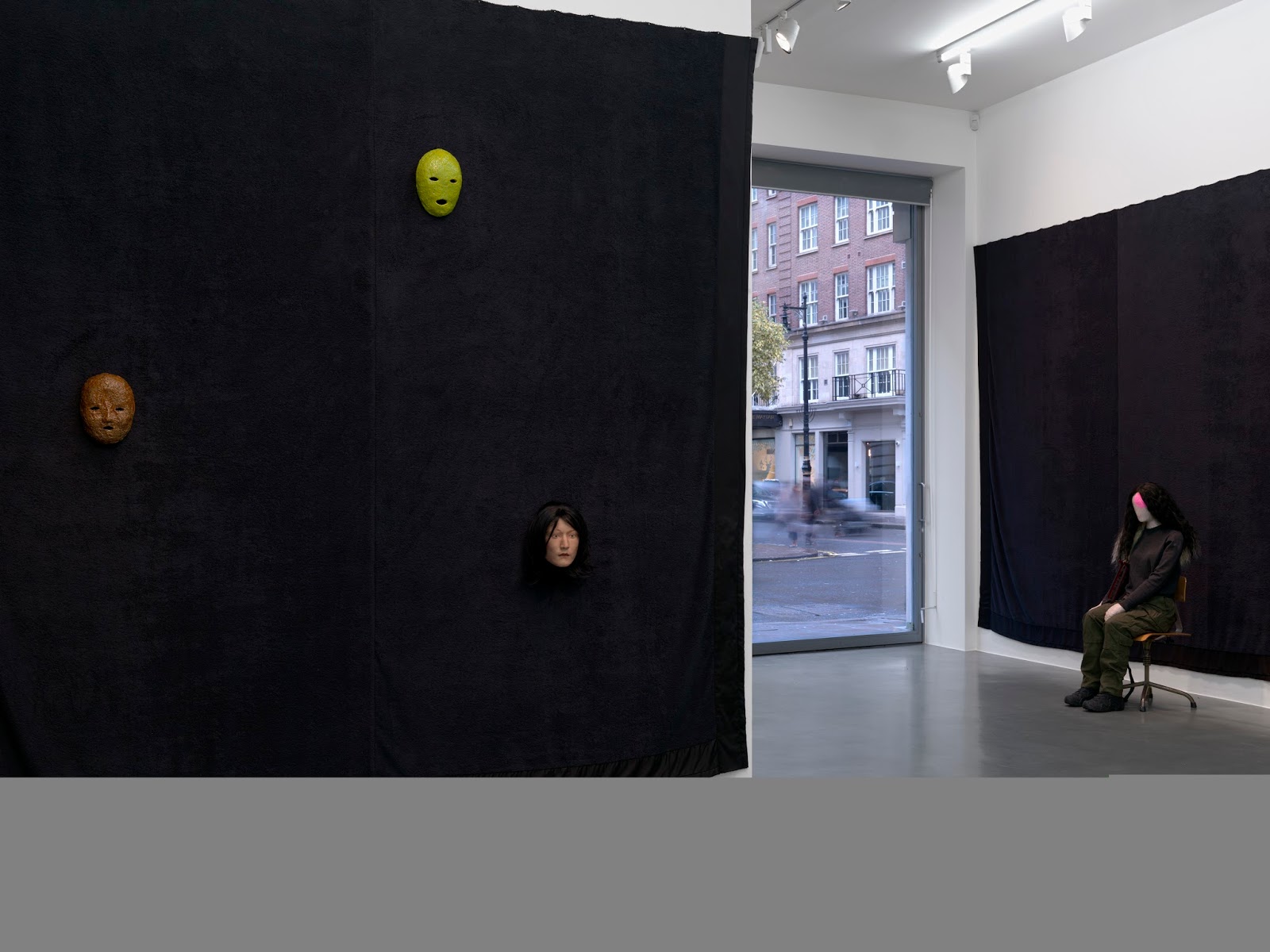 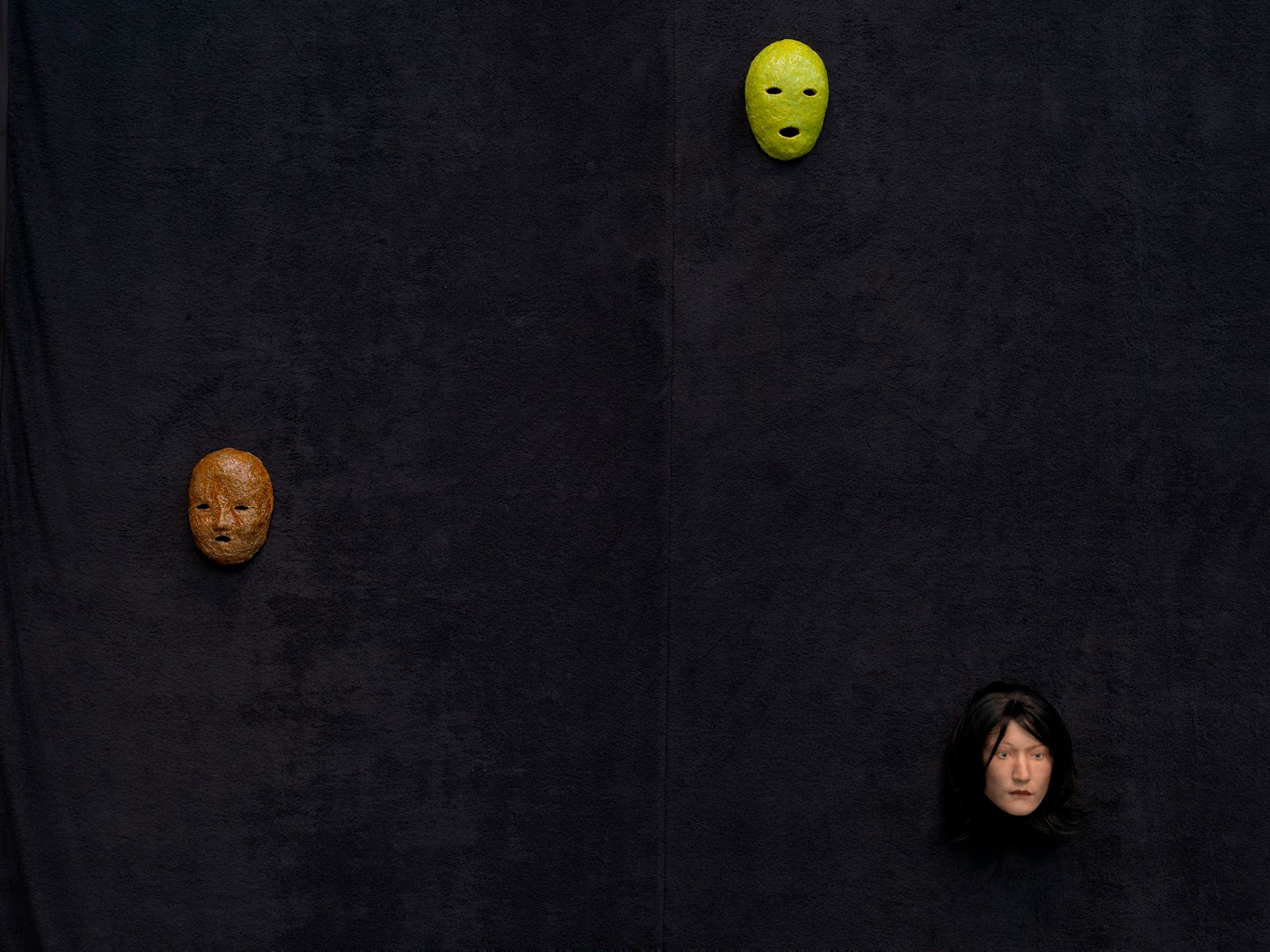 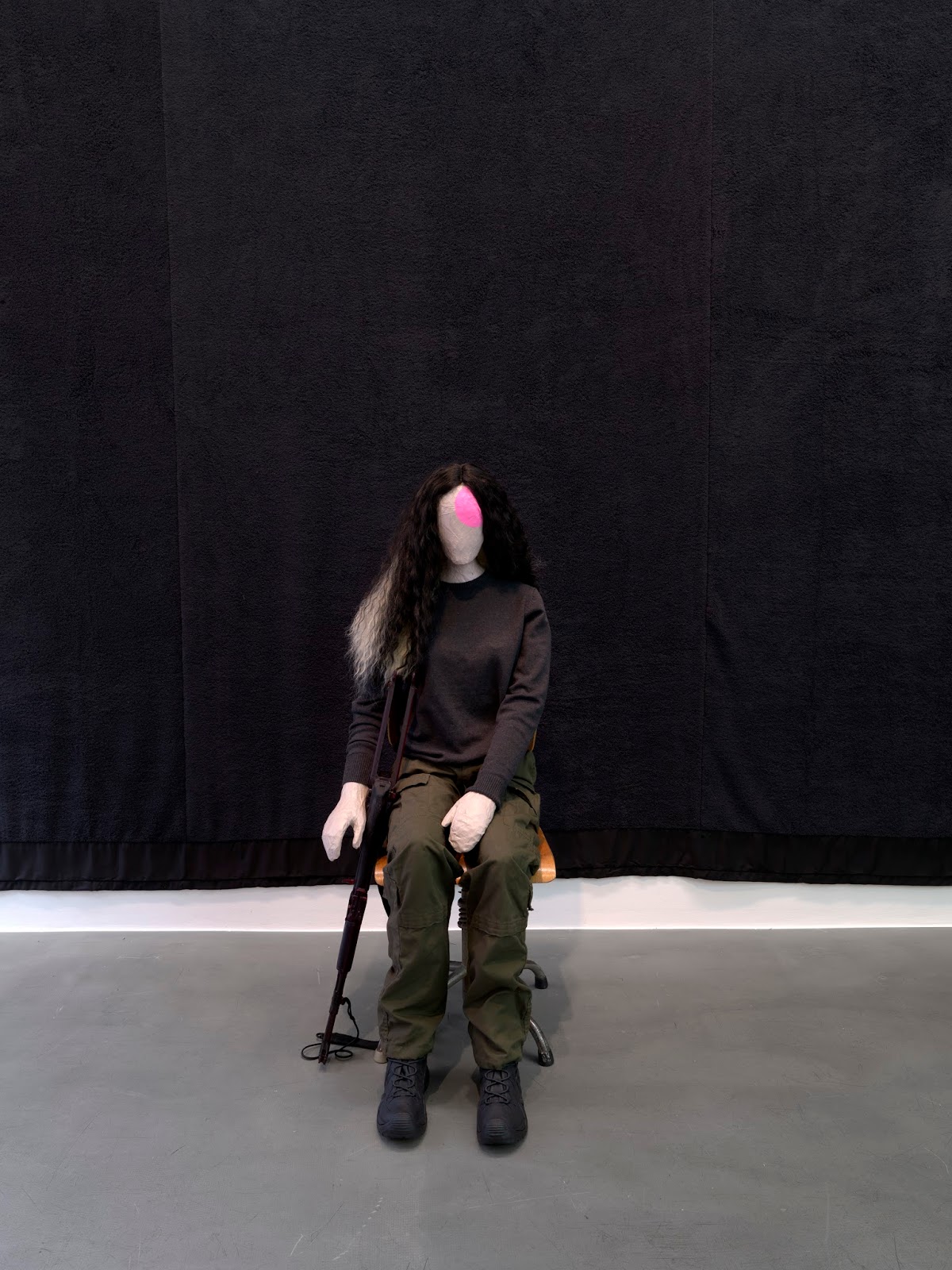 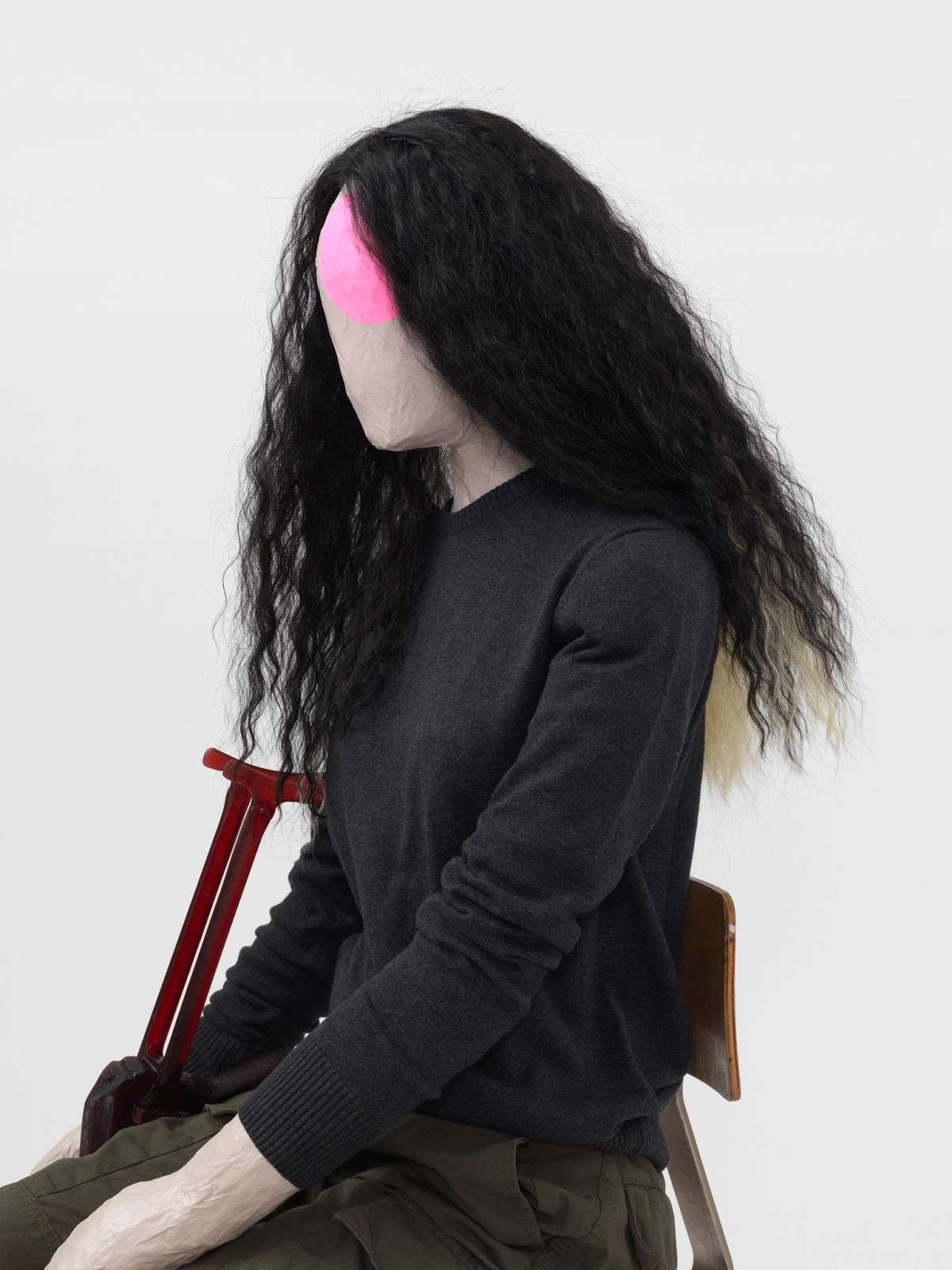 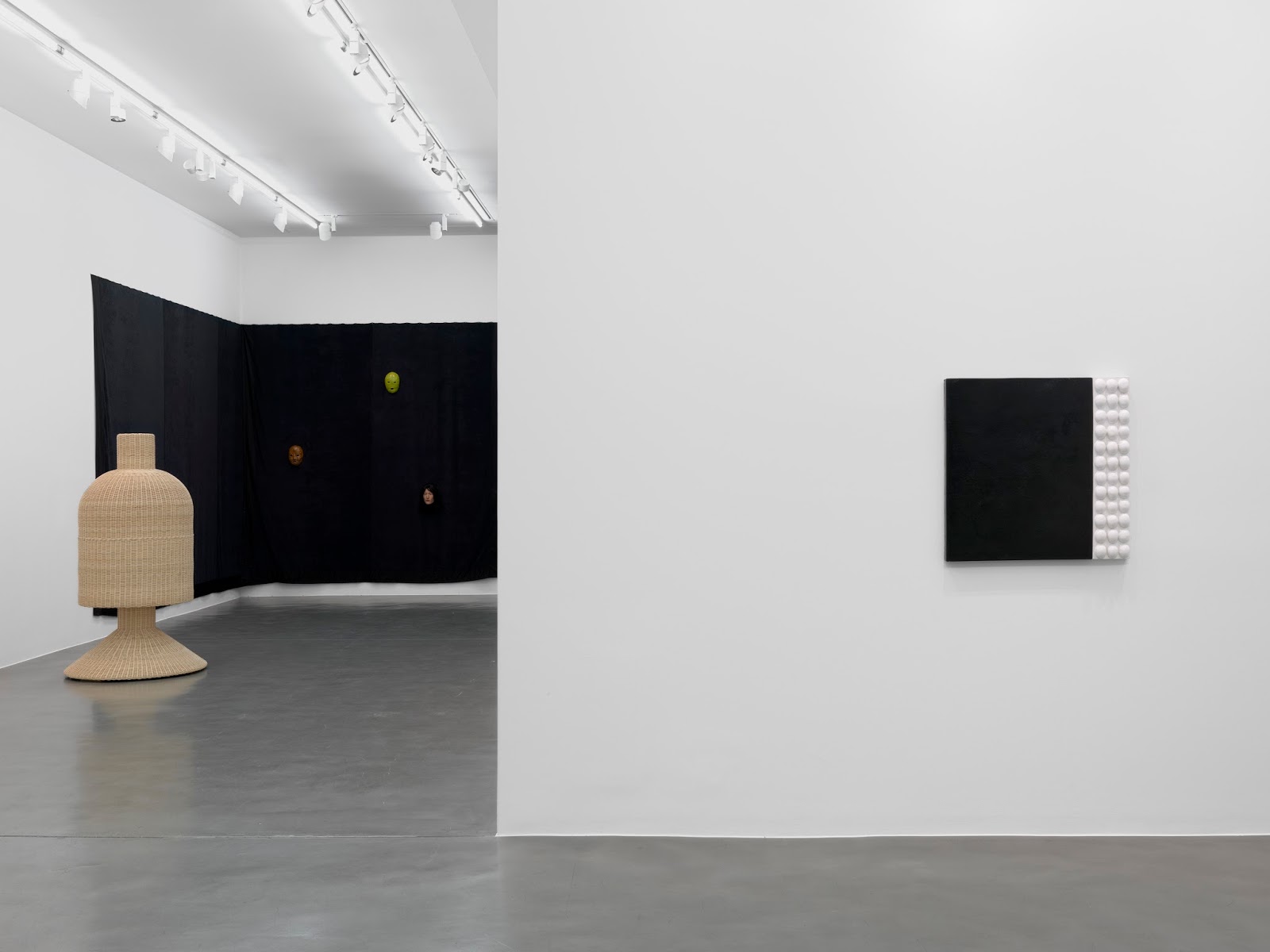 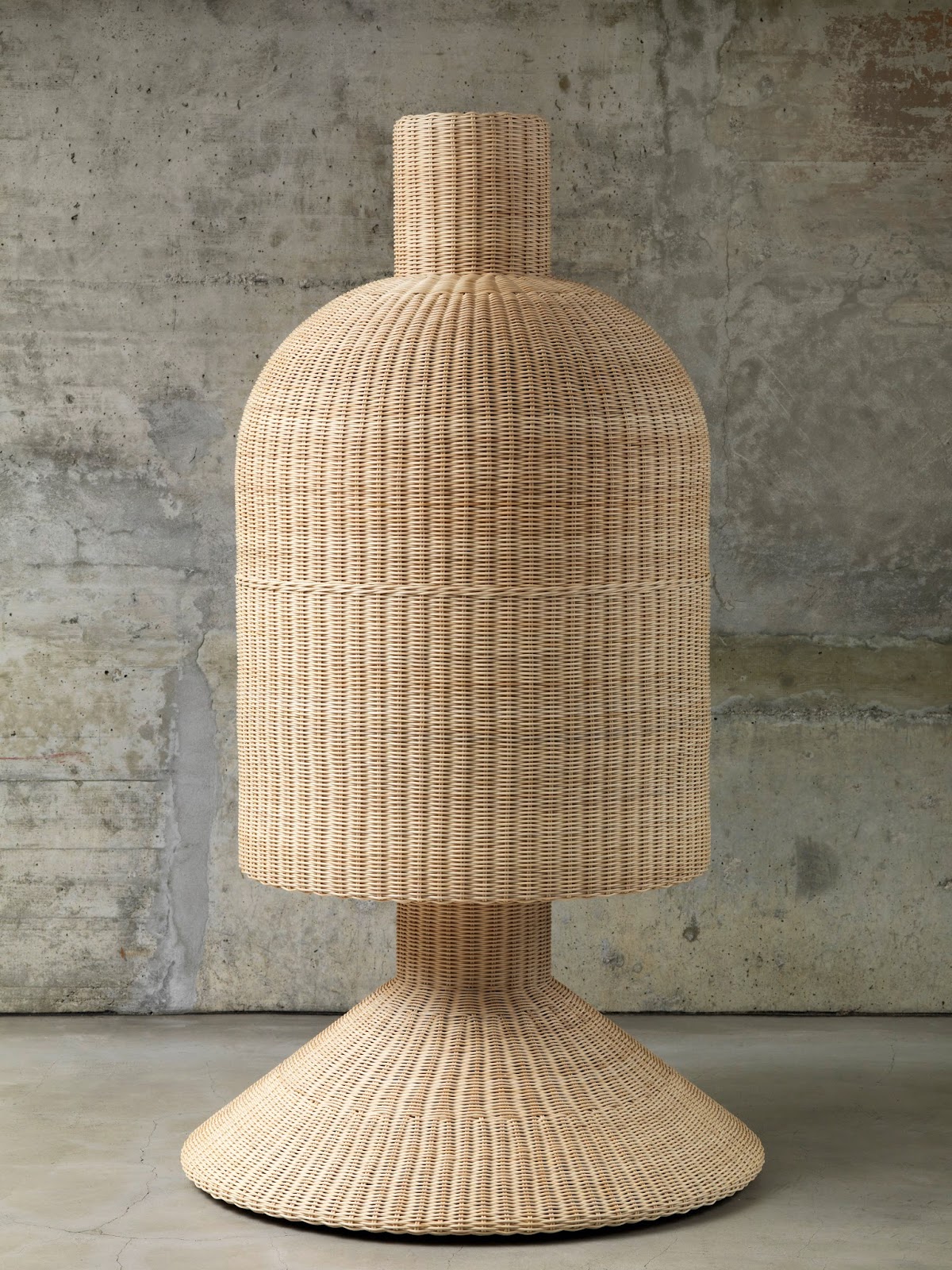 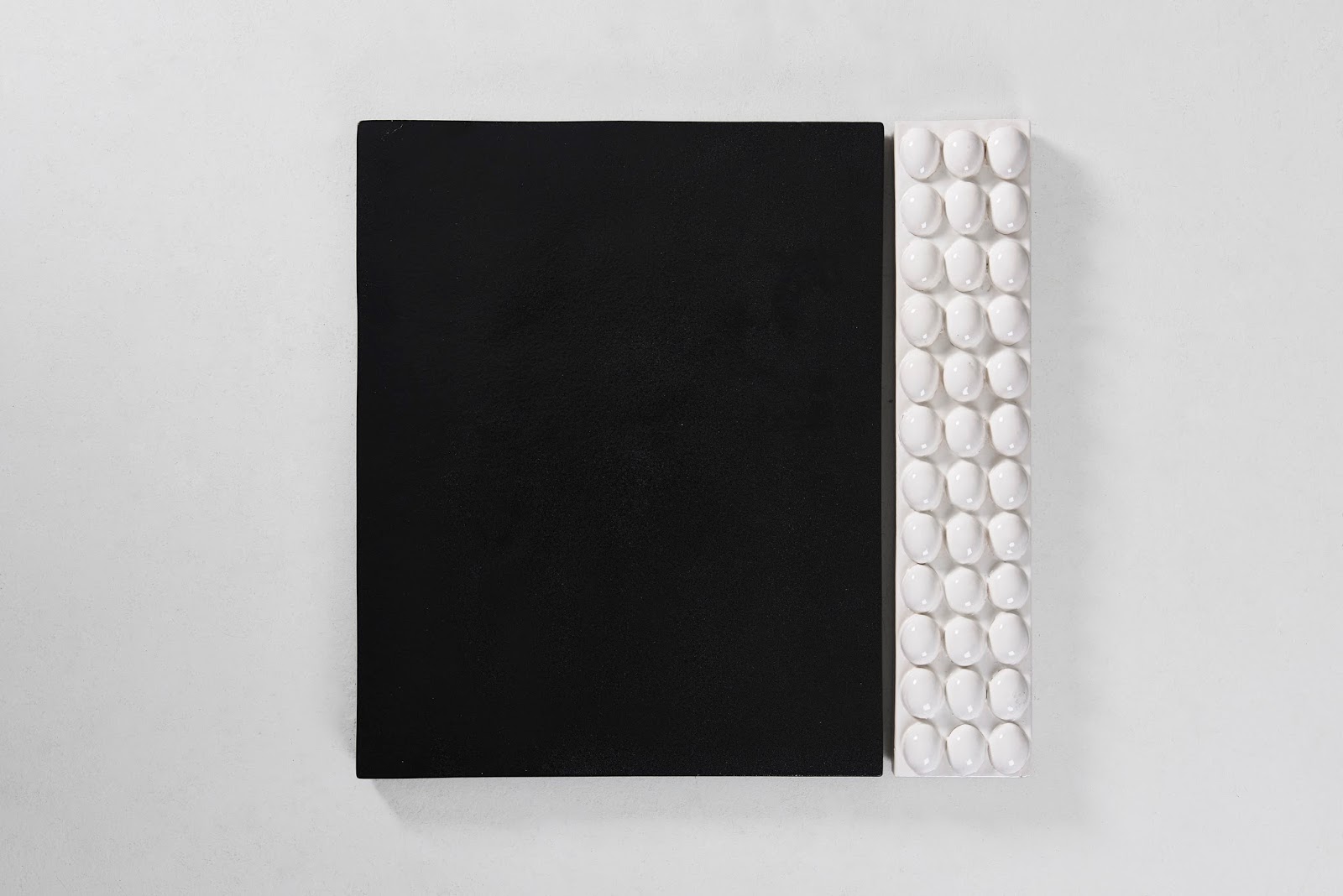 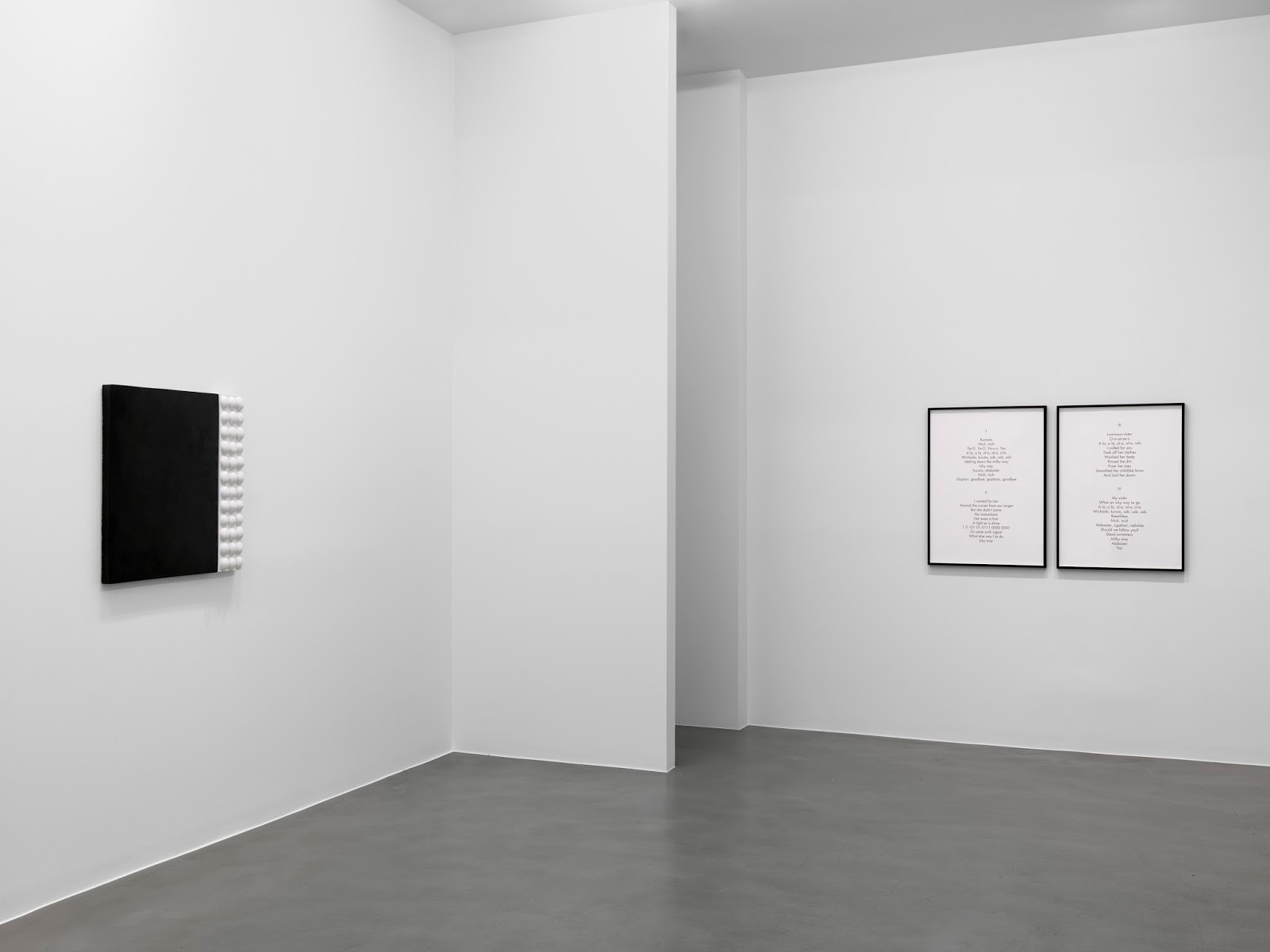 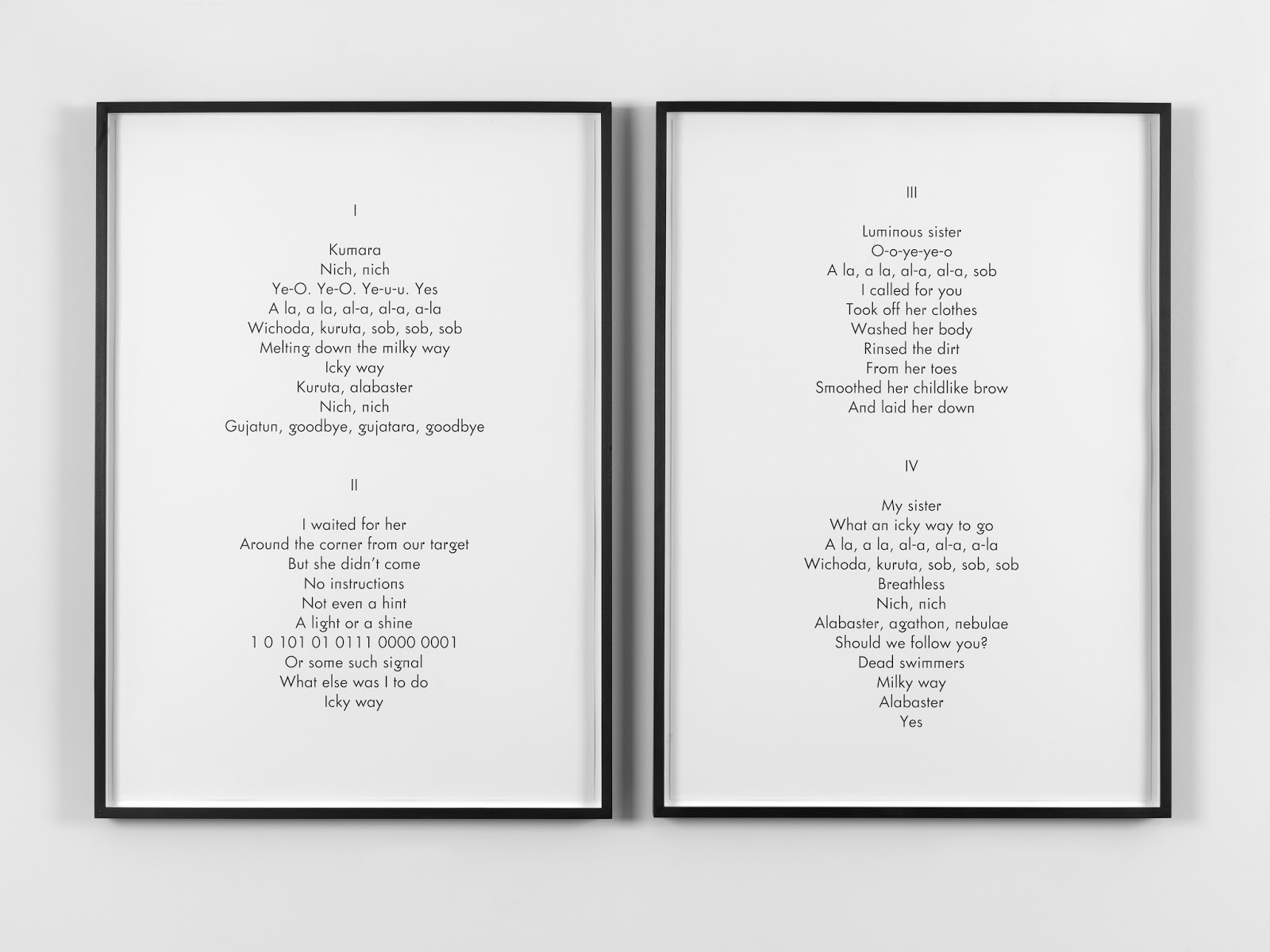 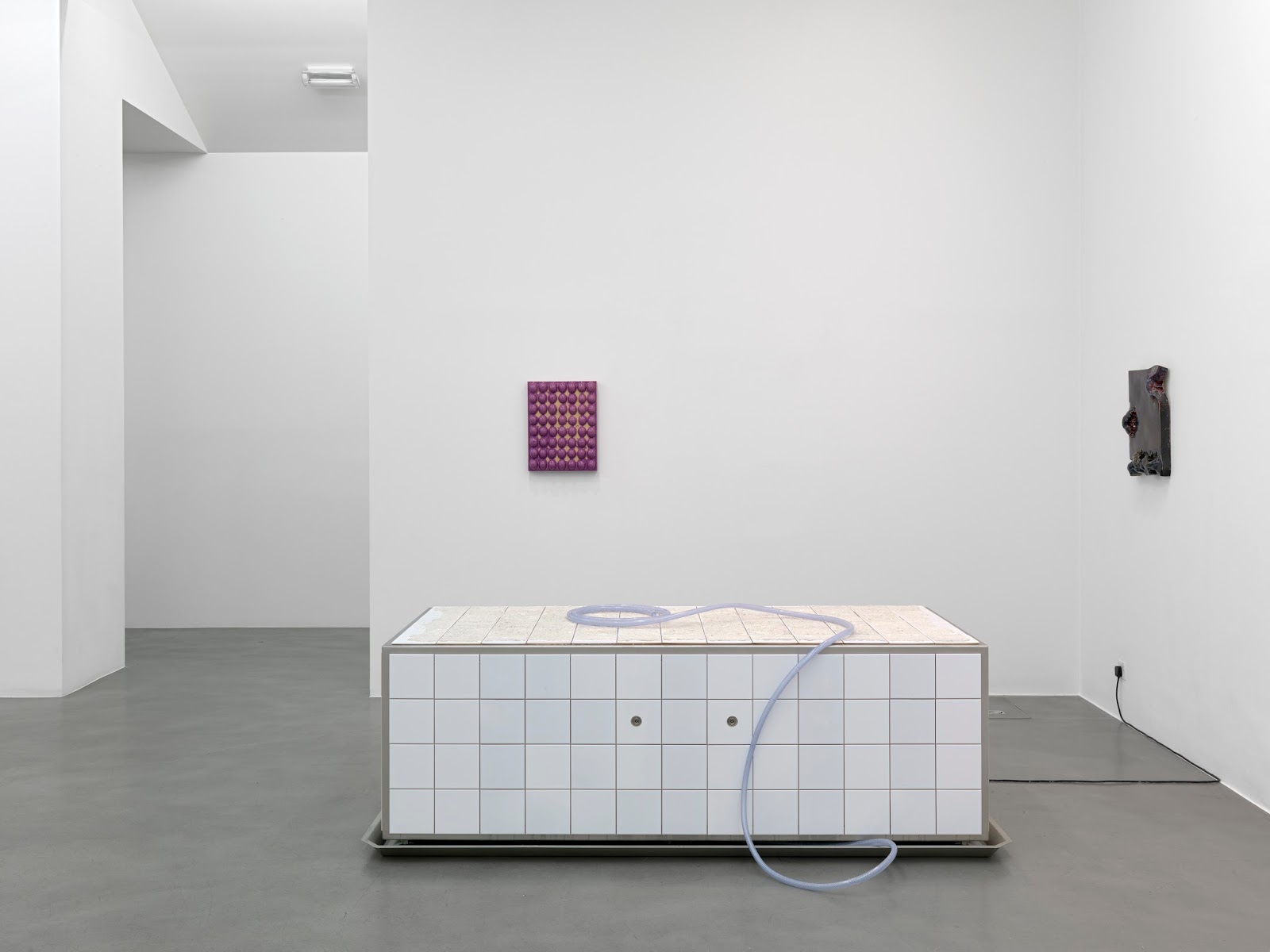 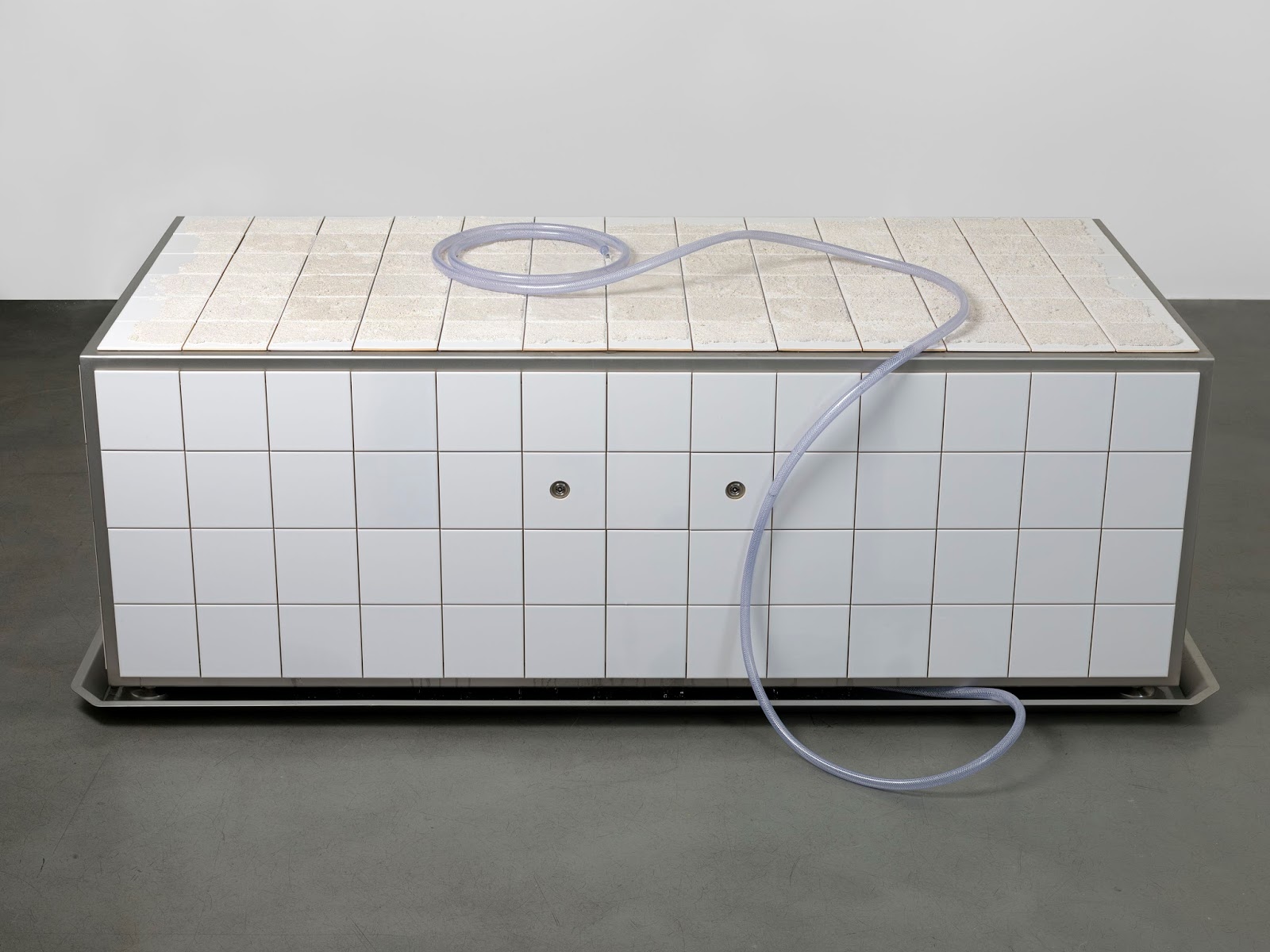 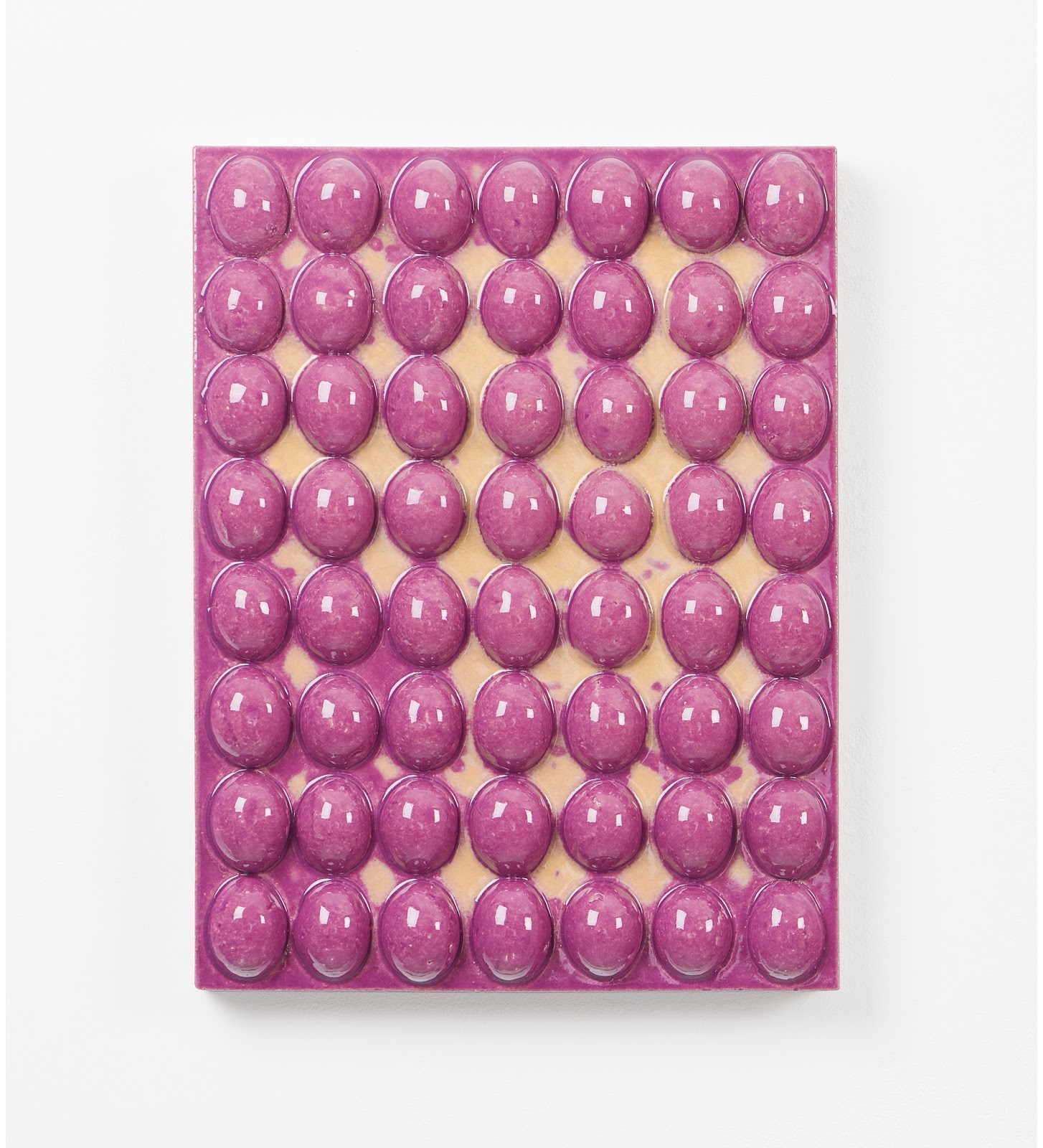 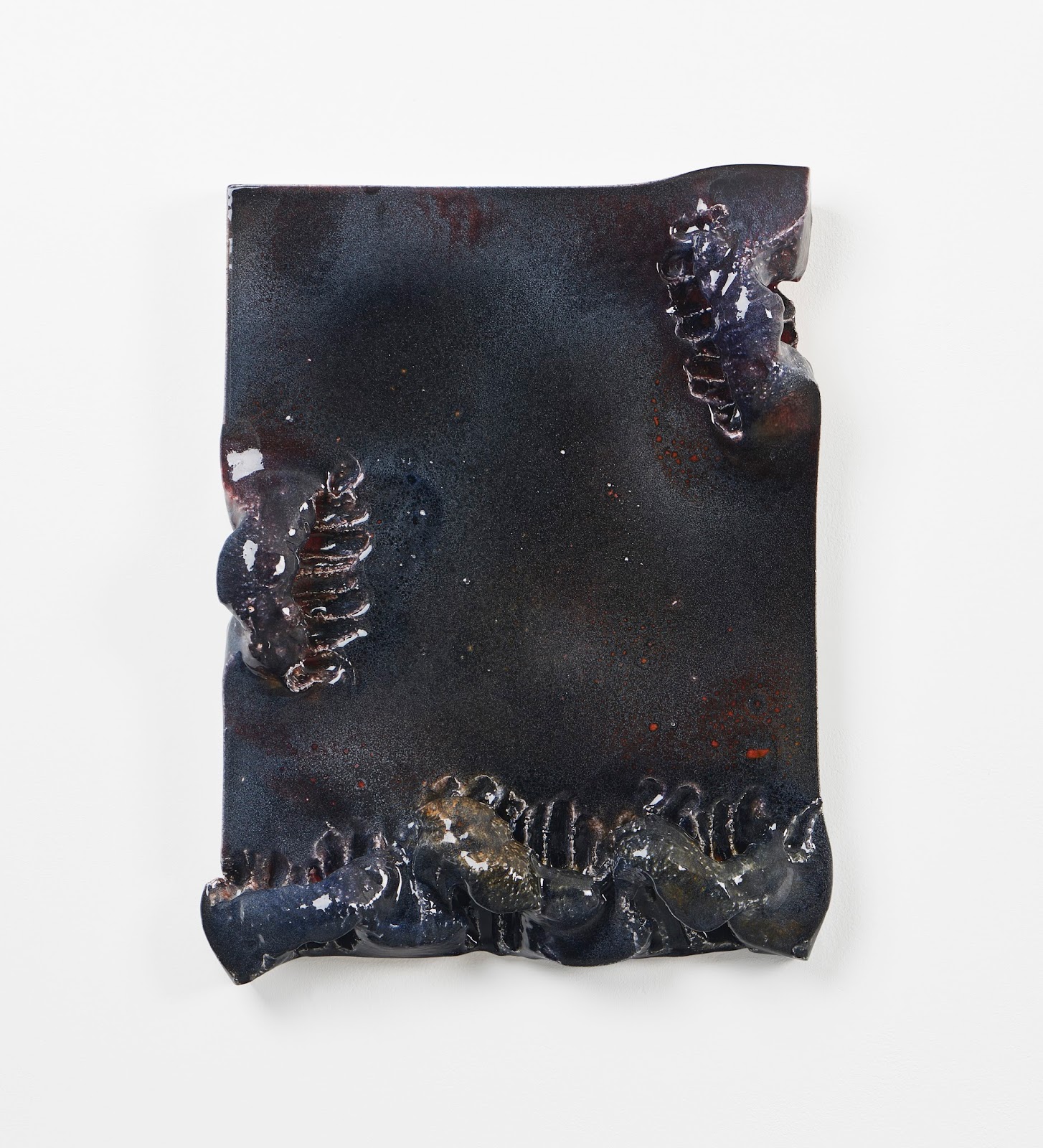 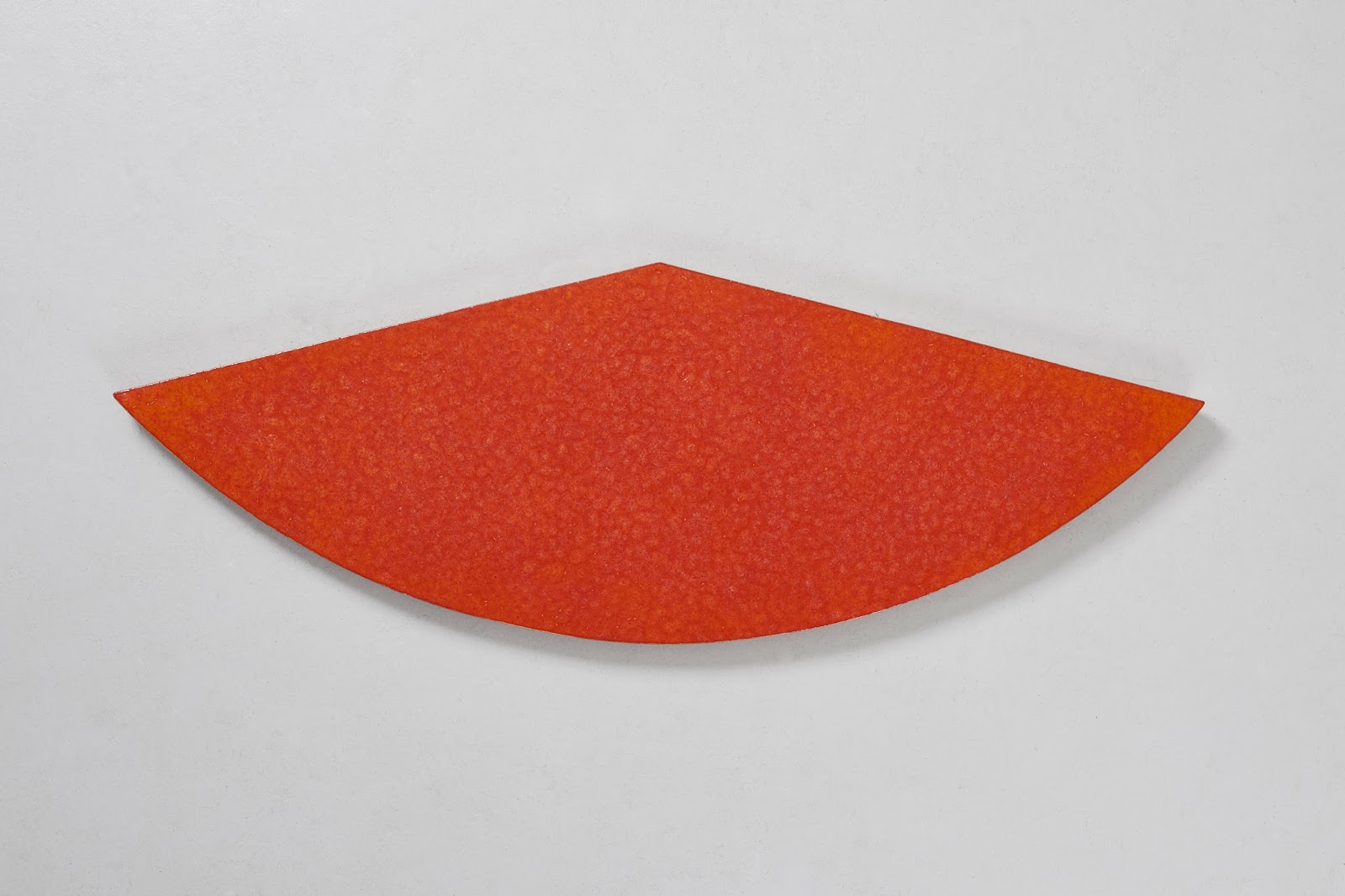 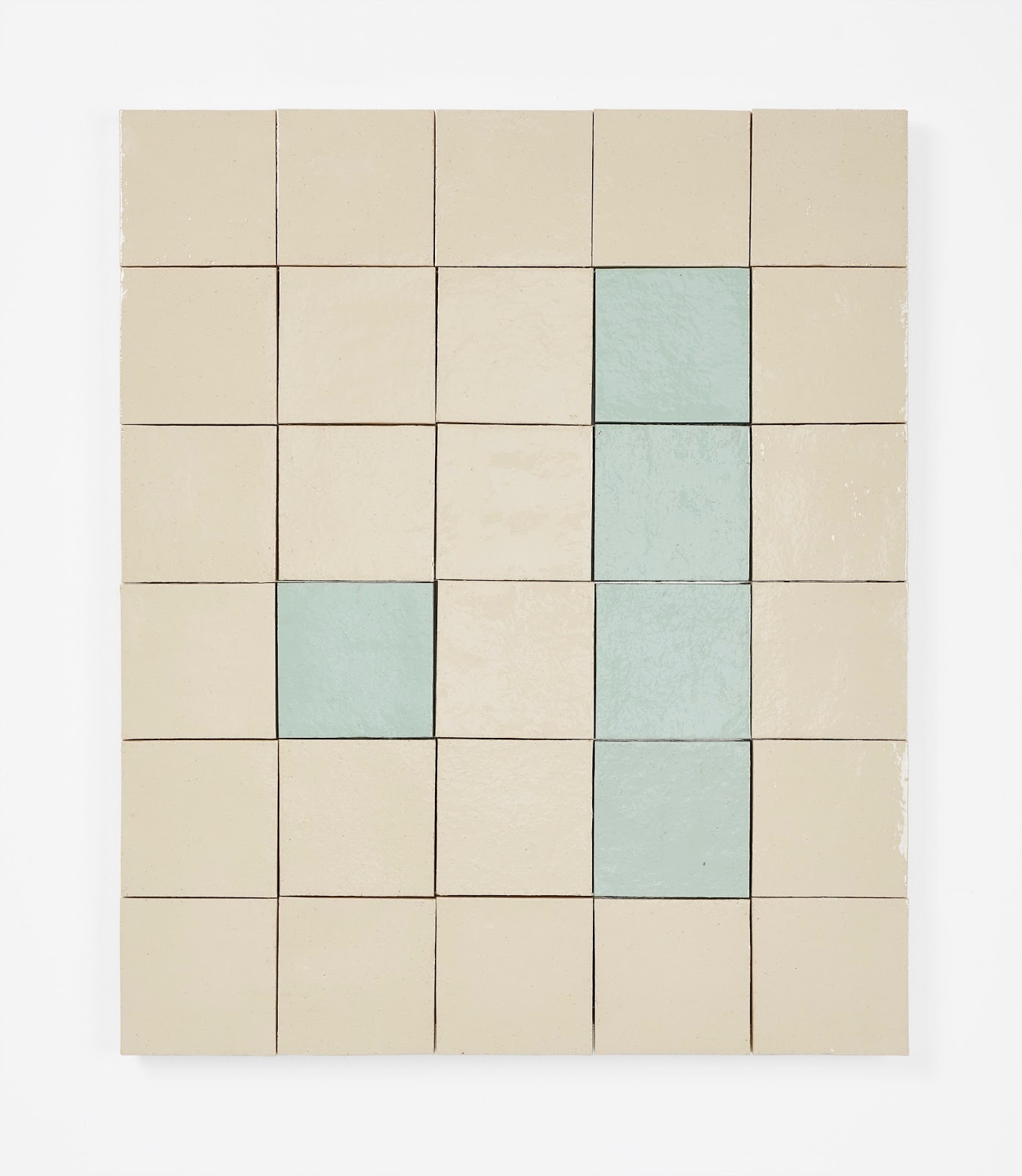 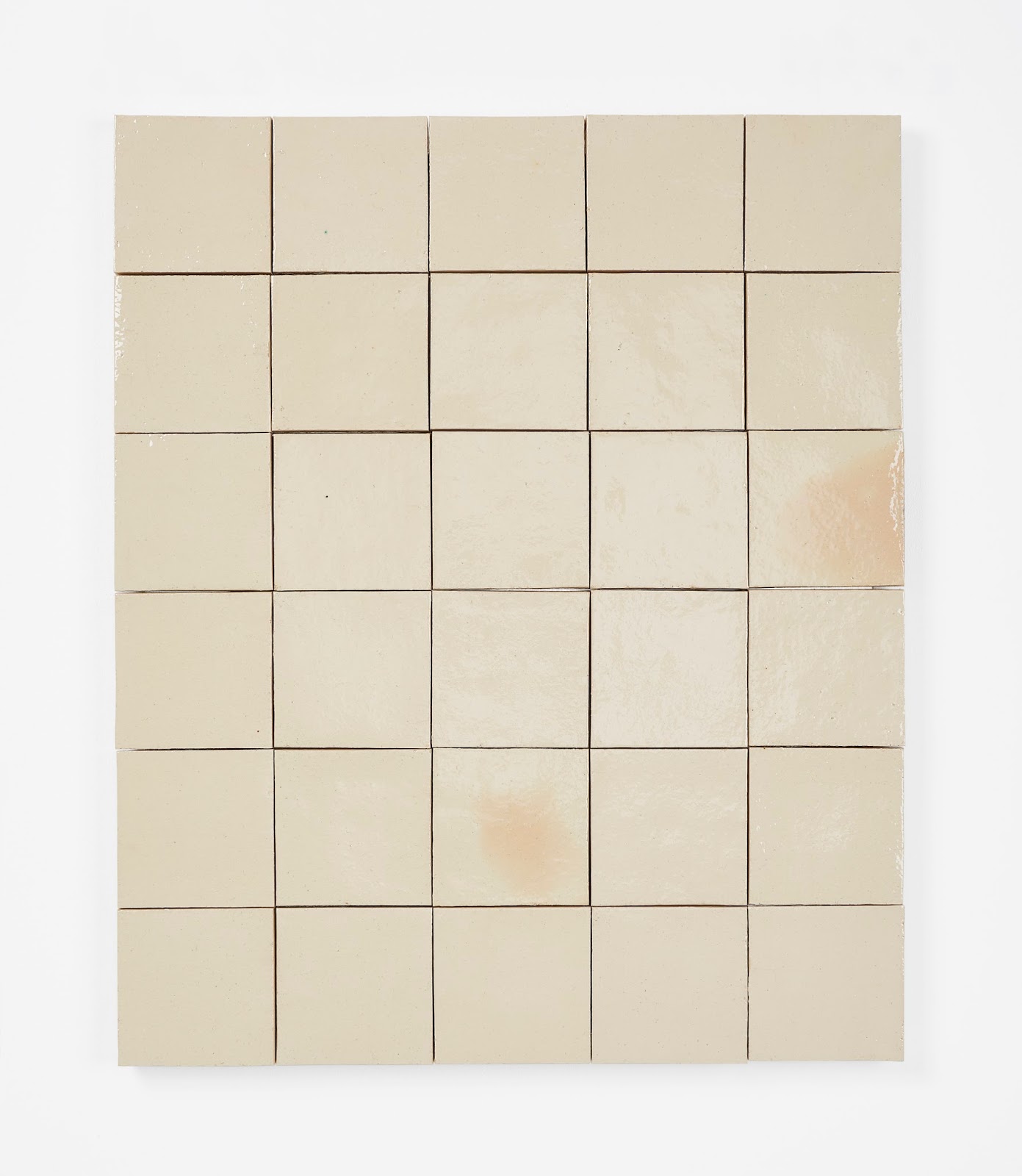 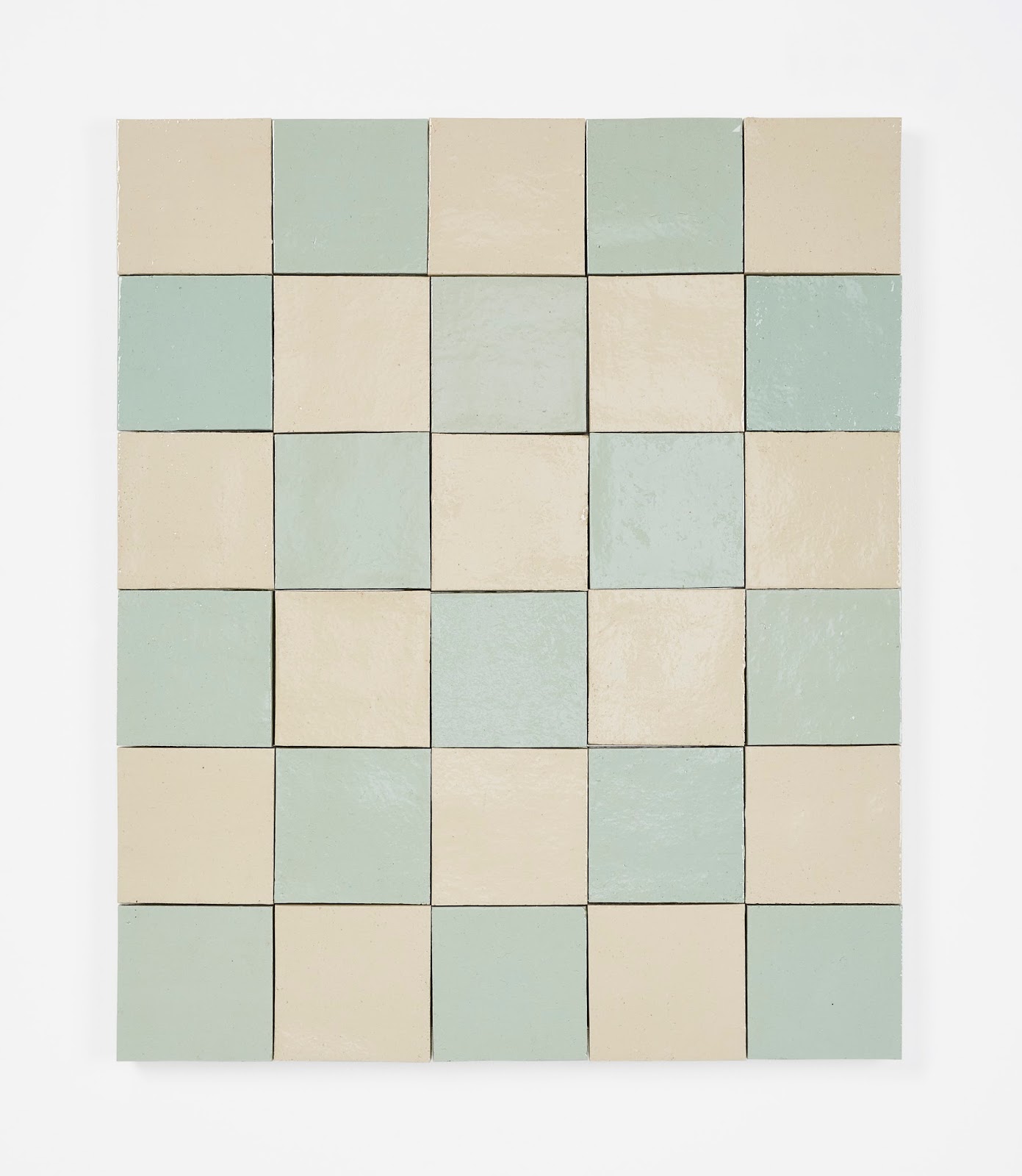 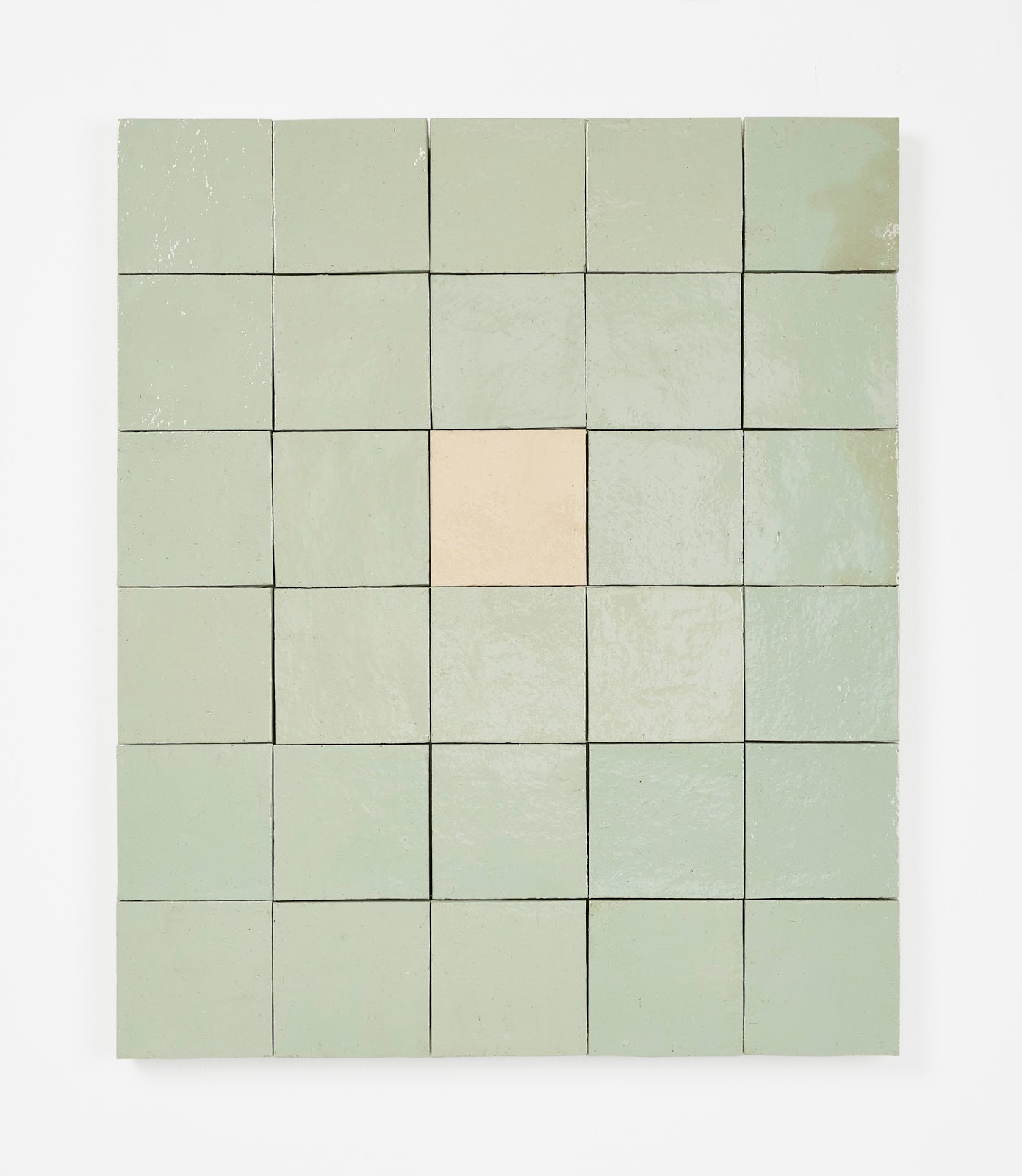 Simon Lee Gallery is delighted to announce Mai-Thu Perret’s second solo exhibition and her first at the London gallery. Mai–Thu Perret creates interdisciplinary works that combine the languages of feminism, politics, theatre, nature, religion and art history.
The exhibition Zone expands on Perret’s own fictional narrative The Crystal Frontier, which the artist has been writing since 1999, that follows a group of women who form a commune New Ponderosa Year Zero in the remote desert of South Western New Mexico, in an attempt to escape capitalism and patriarchal convention. Perret’s new body of work draws on French avant-garde writer and feminist theorist Monique Wittig’s novel Les Guérillères (first published in 1969) that imagines a society run by a tribe of warrior lesbian women.
Wittig’s layered, interconnected style of writing and Dada collage techniques are referenced in the scale and range of works in this exhibition, reflecting Perret’s interest in formal strategies of disruption, combining incongruous elements and materials to explore different histories, political situations and how objects function within and influence the social systems they inhabit. The exhibition’s title Zone can simultaneously refer to a meditative, mindful space and a war zone.
Visitors to the gallery are greeted by an armed, faceless, seated female figure Les guérillères XII, who seemingly acts as an idle guard over a series of new works, including a ceramic fountain, a wicker sculpture, text work and ceramic wall based reliefs (all 2016).
Extending a body of work Perret developed for her solo exhibition at the Nasher Sculpture Center in Dallas, the figurative sculpture is a direct reference to Wittig’s text and inspired by soldiers in the YPJ, a female-only Kurdish militia currently fighting in the Syrian civil war. With a body collaged from papier-mâché, found clothes and feet of bronze, this subject resembles a store mannequin or puppet, implying animation or movement. Materially reflecting the complexities of individual and collective identity, Les guérillères XII also evokes the uncanny formal ruptures employed by Dadaist artists in the aftermath of World War I. Perret’s figure in repose occupies the time and space between action and inaction; whilst guns pose a key threat to societies of our time, here this cast resin gun is candy-like, fetishised, temporarily immobilised yet still harbouring potential. With a pastel pink circle emblazoned across her face, Perret’s solitary soldier queers our strategies of perception and the legibility of the objects in the gallery.
Natural Sophie, an abstract form made from wicker, further animates the exhibition. Referencing Sophie Taeuber-Arp’s Dada Heads, this supersized portrait is featureless, mute and locked in silent alterity. As an artist leading the development of modern art in Europe, Taeuber-Arp embodies a new vision of the roles of art andwomen. Perret was drawn to the Heads’ doll-like shapes, identity free and object-like, with their lack of mouths summoning a “silent scream in the vacuum of explosive Europe"1. Although wicker is a feminized, ancient craft, the scale of the sculpture and its rigorous shape suggests a vectorized, 3D rendering materialized and further complicates our reading and gendering of objects and technology.
Ceramic wall reliefs run the visual gamut, from blood-red and indigo geological, organic clusters bearing the imprint of hands and gestures to smooth sumptuous lime green and maroon glistening egg forms, shown in contrast alongside square hard-edge grid works. Once again employing a material associated with craft and immediacy, Perret is interested in how the soft and malleable clay body is transformed by fire into a hard, reflective and impermeable surface. The geometric works are hieroglyphic, intimating a cryptic language of elemental forms. Throughout the exhibition abstraction is presented not as a negation of figuration and the bodily, but as something that happens to the body - a process, a language - through which the body must pass.
A text-based work, Sister, further develops these ideas. Inspired by the writings of Russian Futurist poet Velimir Khlebnikov, Perret experiments with the roots, structure and forms of language to invent neologisms and finds significance in the shapes and sounds of individual letters. The ritual incantations of the words further reference the automatic and surrealist writings of Apollinaire, in particular his poem Zone, for which the exhibition borrows its title.
These works form a path to an alter-like fountain Zone at the heart of the exhibition: a truncated cube covered in hand-made white ceramic tiles, the top coated in a coarse crust-like surface. Suggesting spas, hammam architecture, morgue tables or minimalist sculpture, this work speaks of bodies being washed or cared for and recalls the way objects and architecture shape our bodies and selves. Prop-like, the fountain serves to activate the gallery as a site for a performance or ritualistic action. The meditative lull of running water echoes through the gallery, reminding us that we are, like nature, ever changing and impermanent.
Their peregrinations are cyclical and circular. Whatever the itinerary, whatever point of departure they choose, they end up at the same place. The paths are parallel, equidistant, narrower and narrower as they approach the centre of the figure. If they follow the path from the interior to the exterior they must traverse the widest of the circles before finding the cross-passage that leads them to the centre. The system is closed. No radius starting from the centre allows of any expansion or of breaking through. At the same time it is without limit, the juxtaposition of the increasingly widening circles configures every possible revolution. It is virtually that infinite sphere whose centre is everywhere, circumference nowhere. Monique Wittig, Les Guérillères