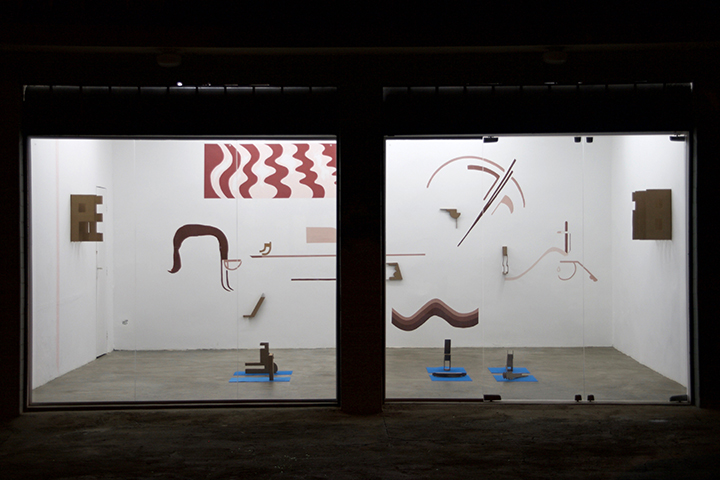 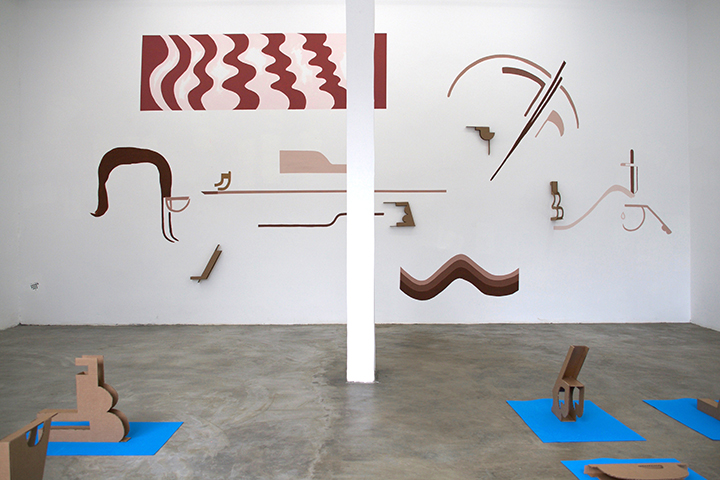 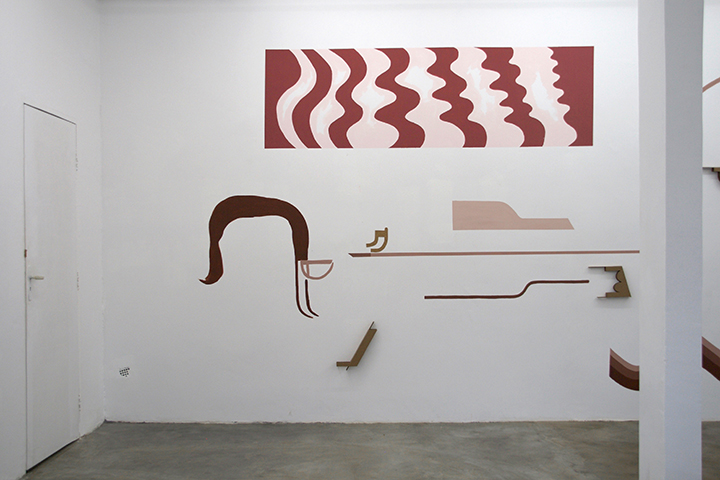 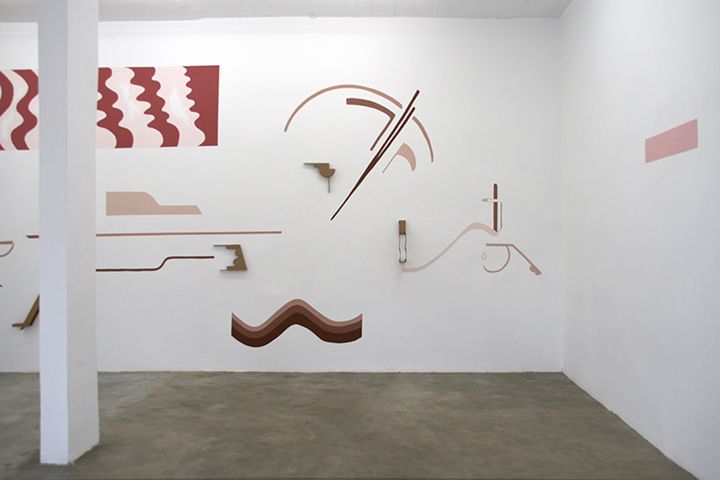 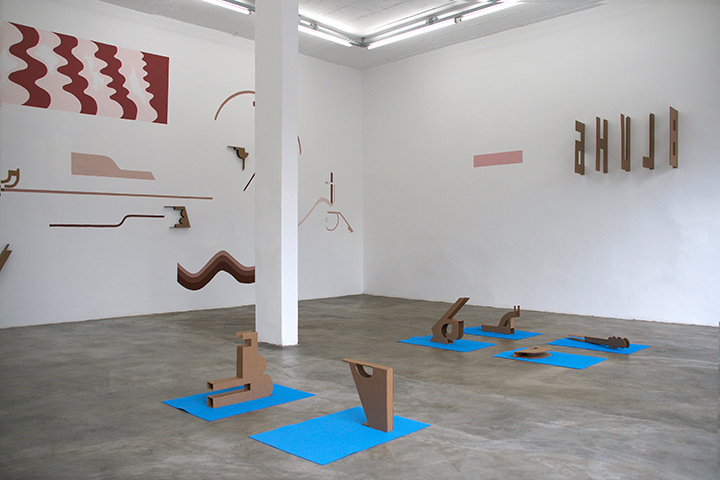 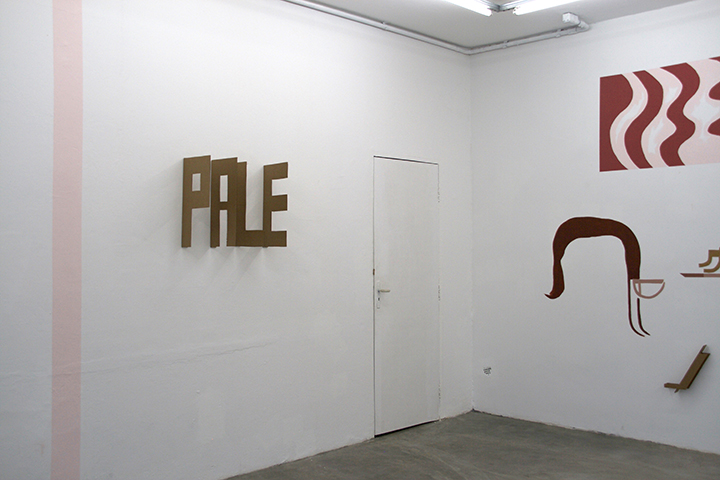 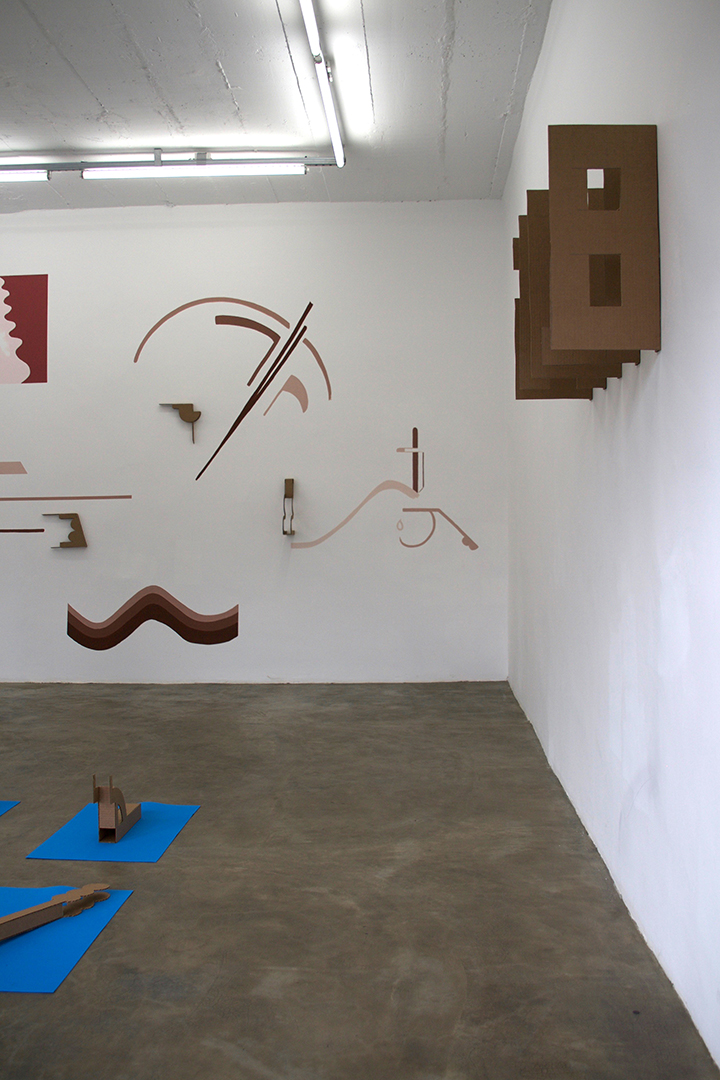 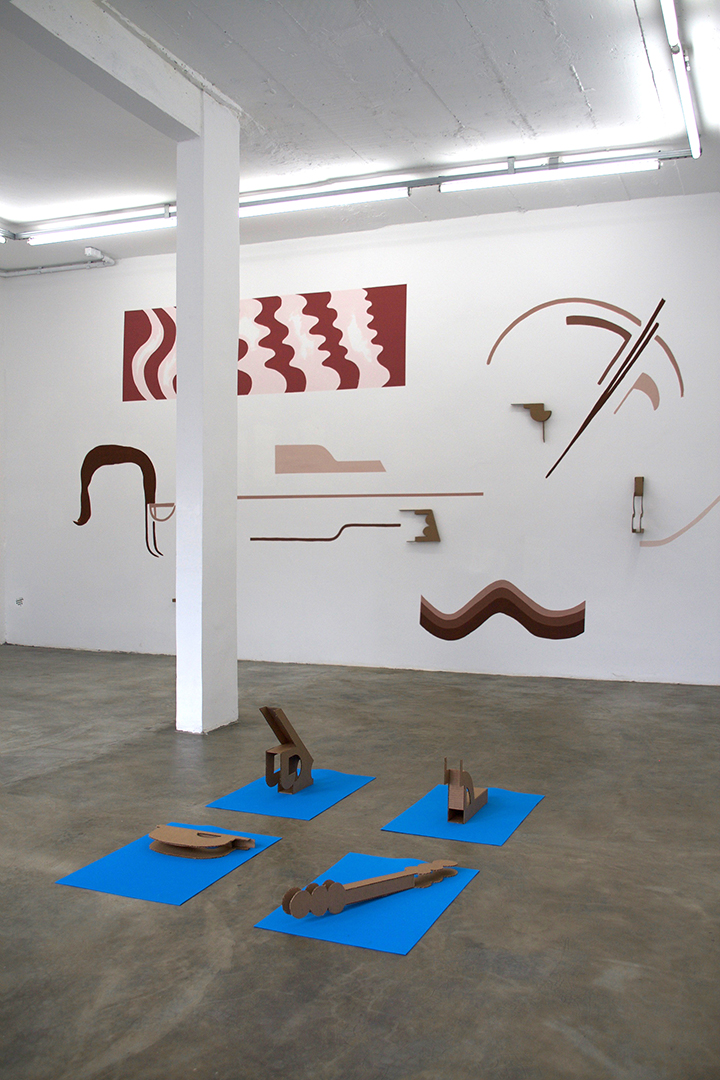 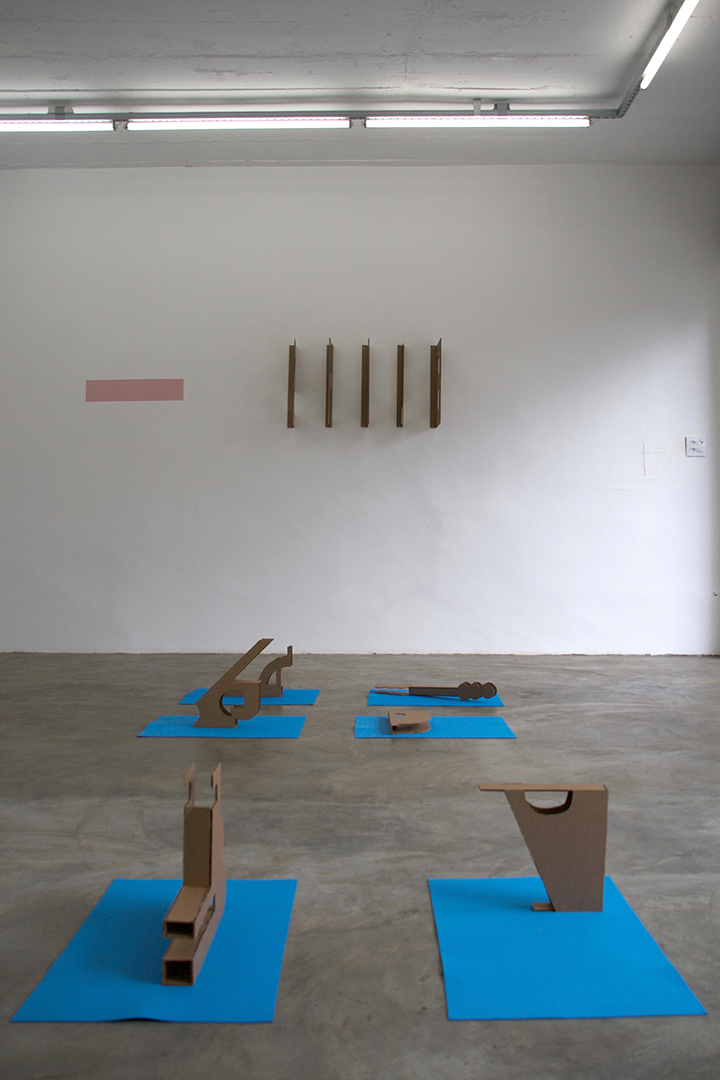 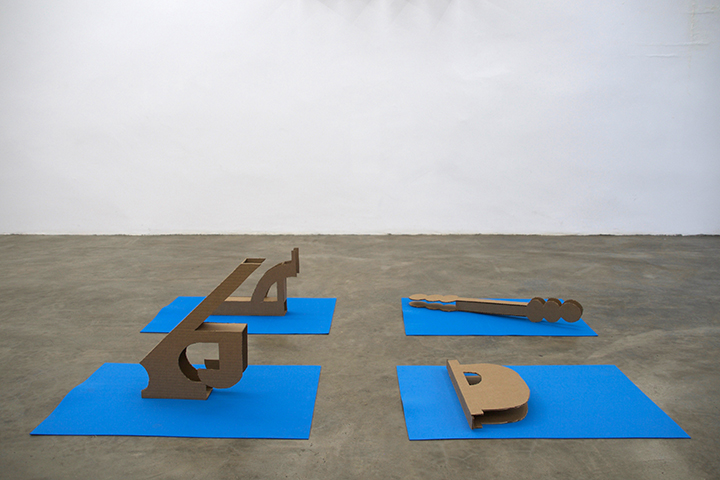 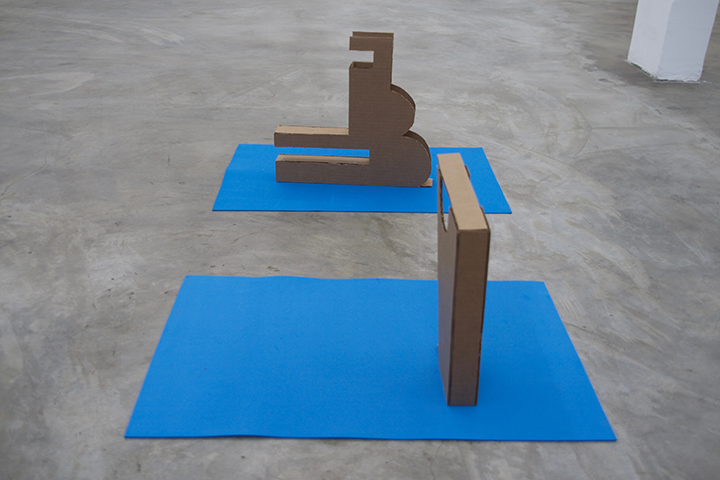 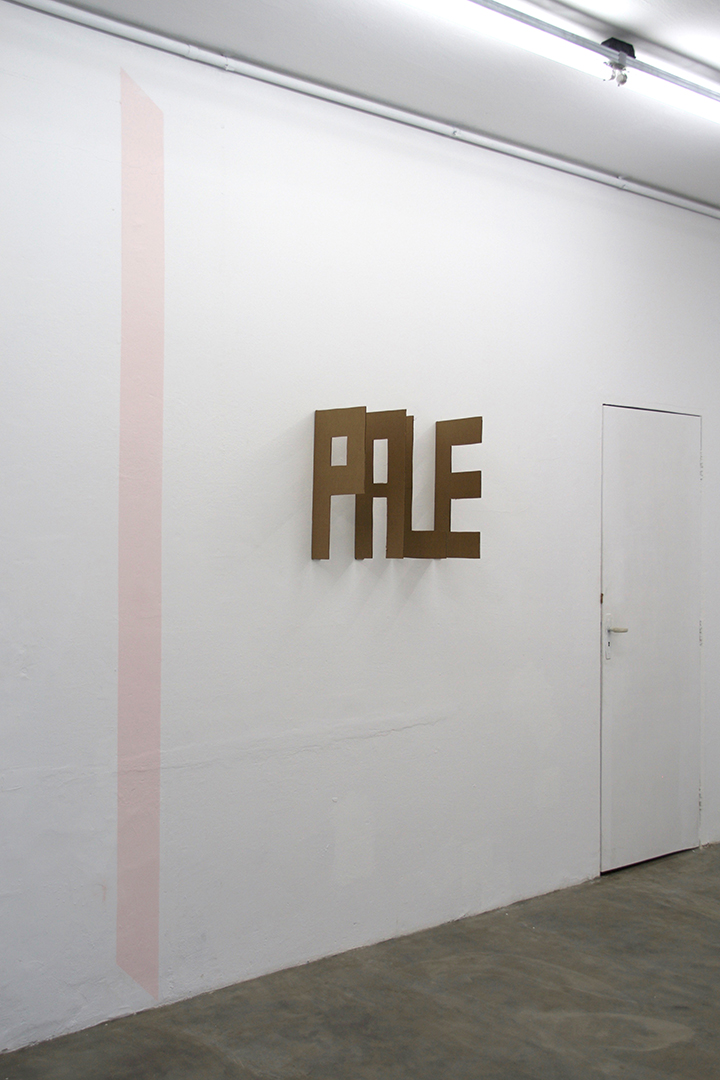 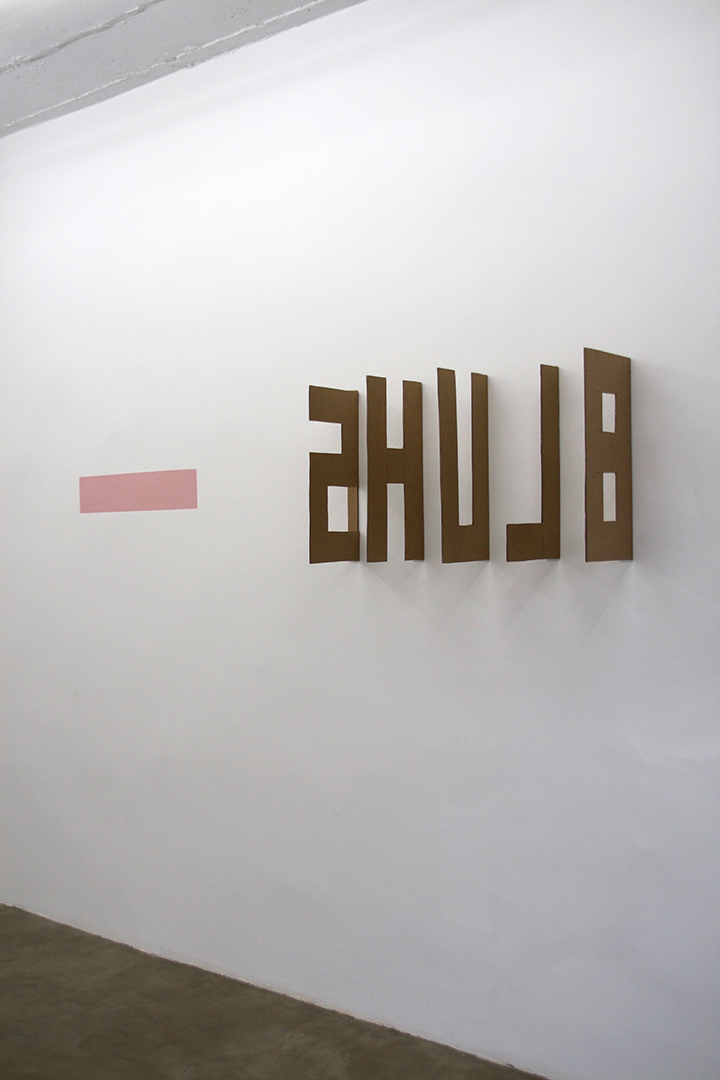 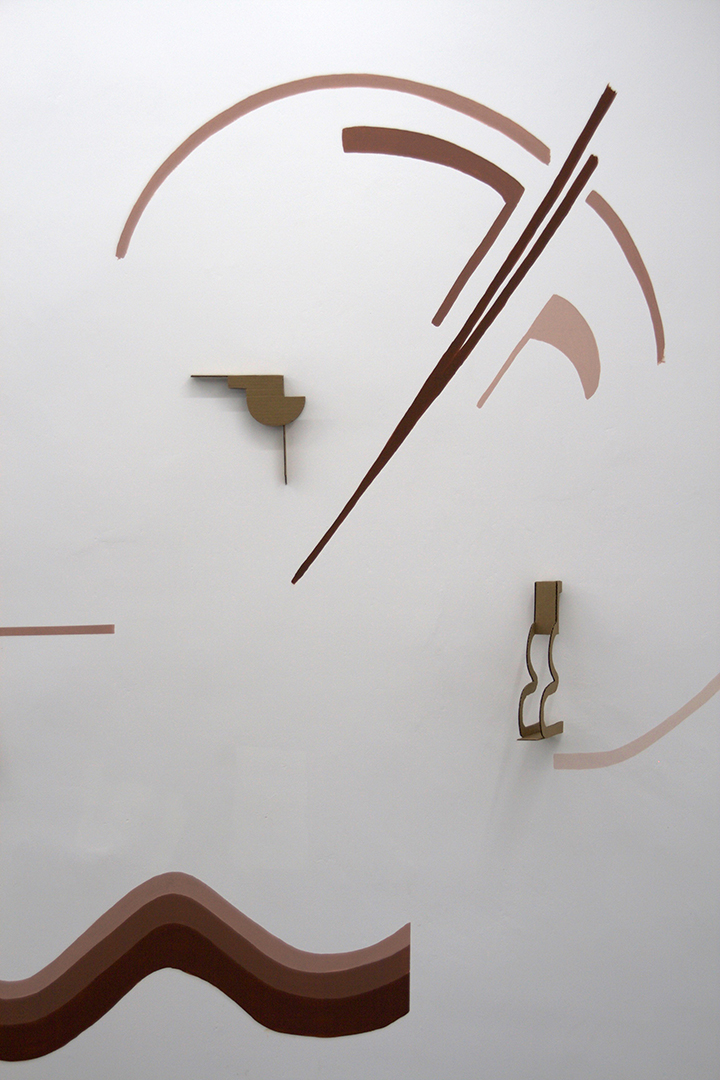 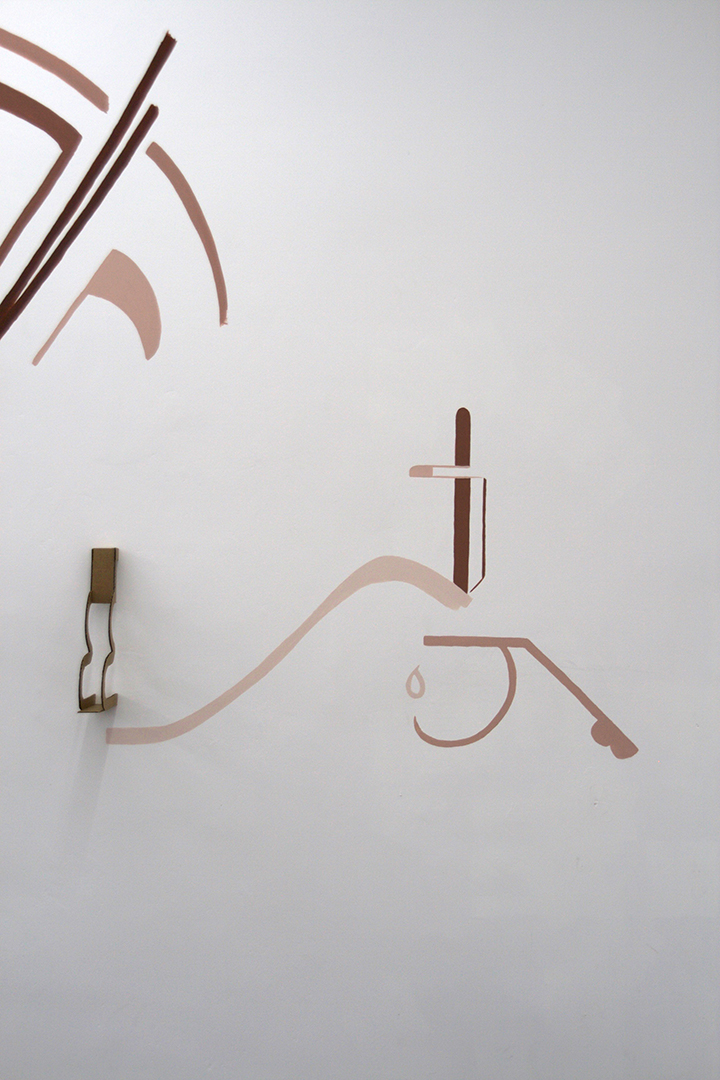 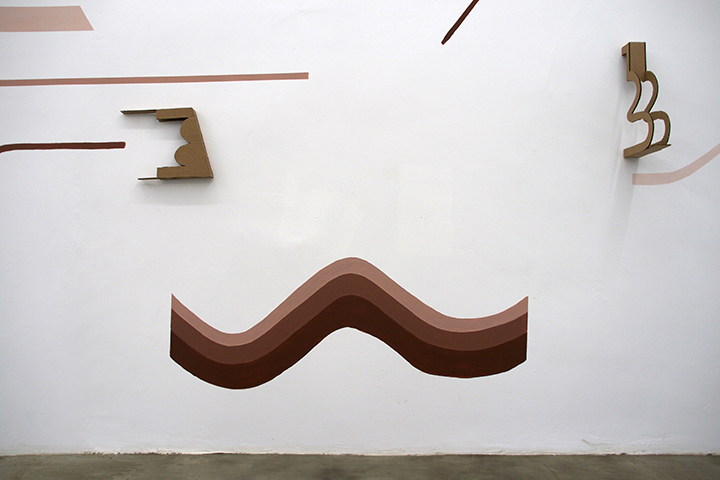 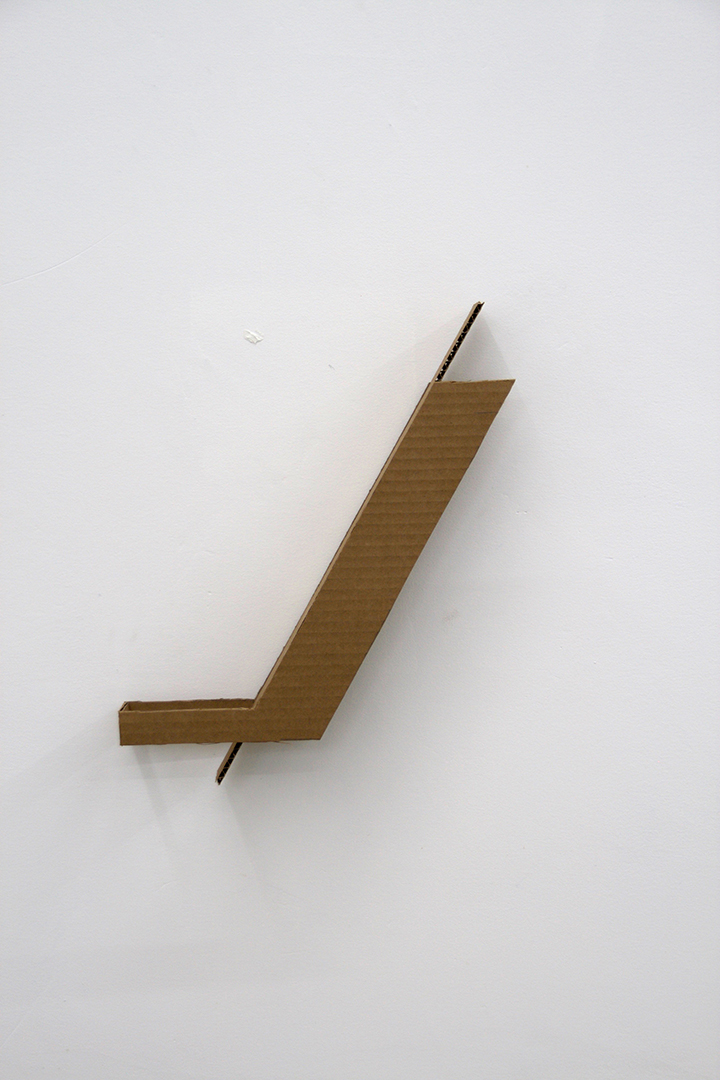 «Pale-blush sunrise in an 80 degree angle leaning up against the wall facing front gazing ahead in straight line walking on the horizon
Caching glimpse of shadows the ones that feel and fit well for the rode has worries where the rest of them haunt until they fade out
in the Pale-blush sundown.»

Working with painting, sculpture and performance, Icelandic artist Jóhanna Kristbjörg Sigurðardóttir (*1982, Reykjavík) develops a poetic work that refers to small things of everyday life, her perception of the environment in which she is inserted and her relationship with a nature.
For her exhibition at KUNSTHALLE São Paulo, her first solo show in Brazil, the artist worked in response to her first impressions over the city, during the few days she spent in São Paulo. The title of the show is a poem written by her before coming to Brazil, which lead the way to the production of a wall painting with geometric abstractions in shades of red and brown, and a series of sculptures laying on the exhibition space’s floor.