Timothy Furey / Wrapt In The Wave 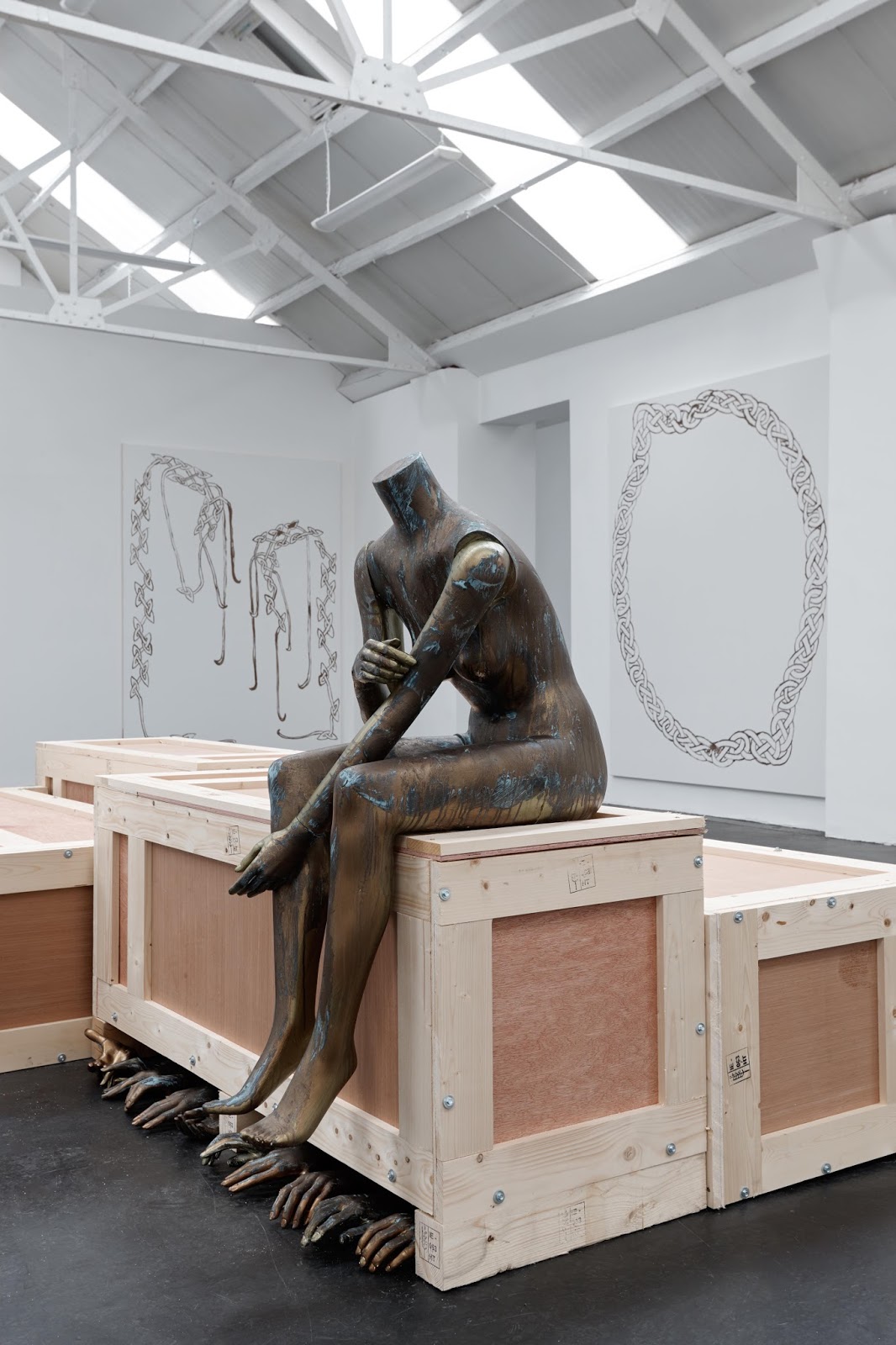 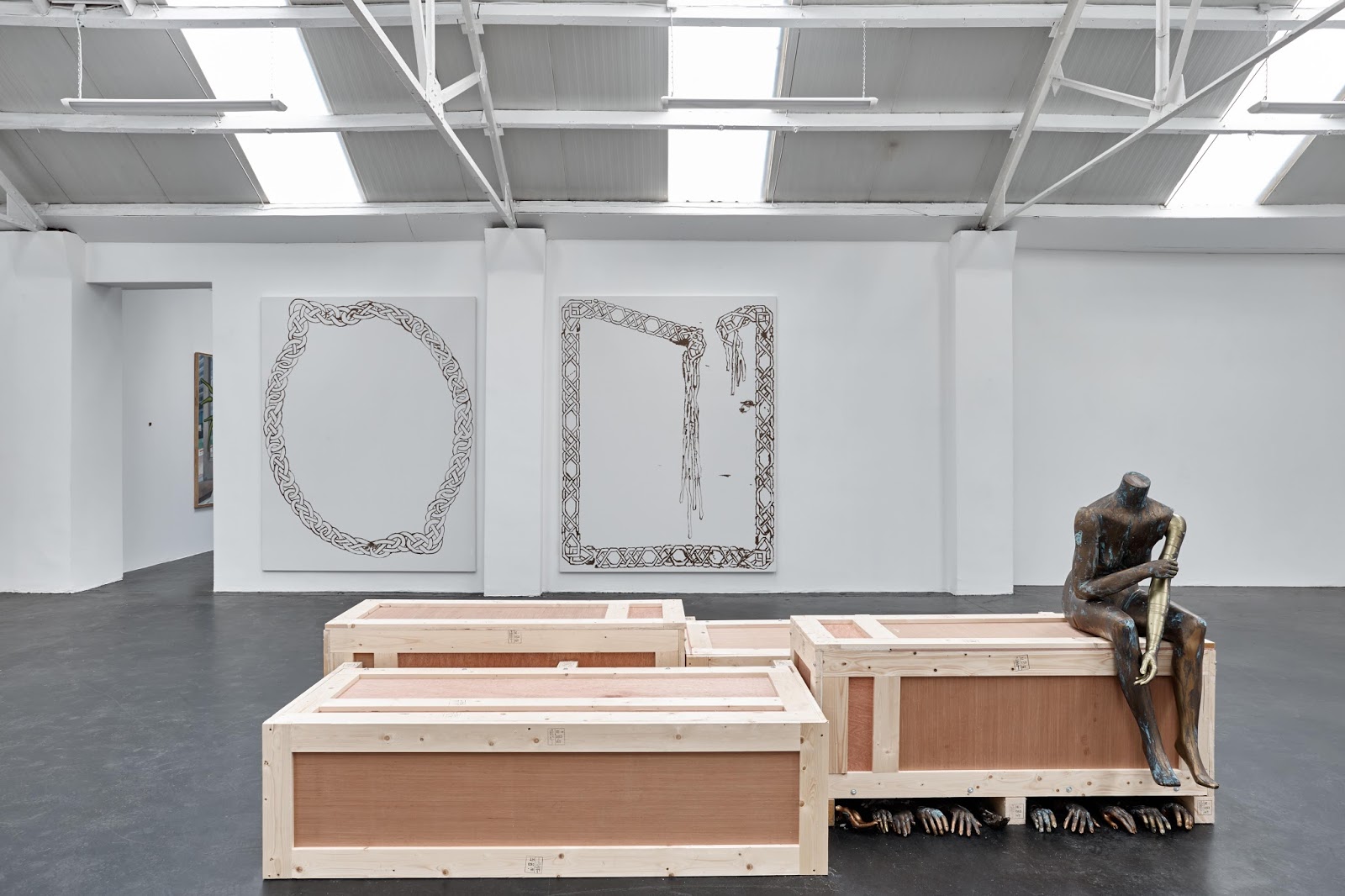 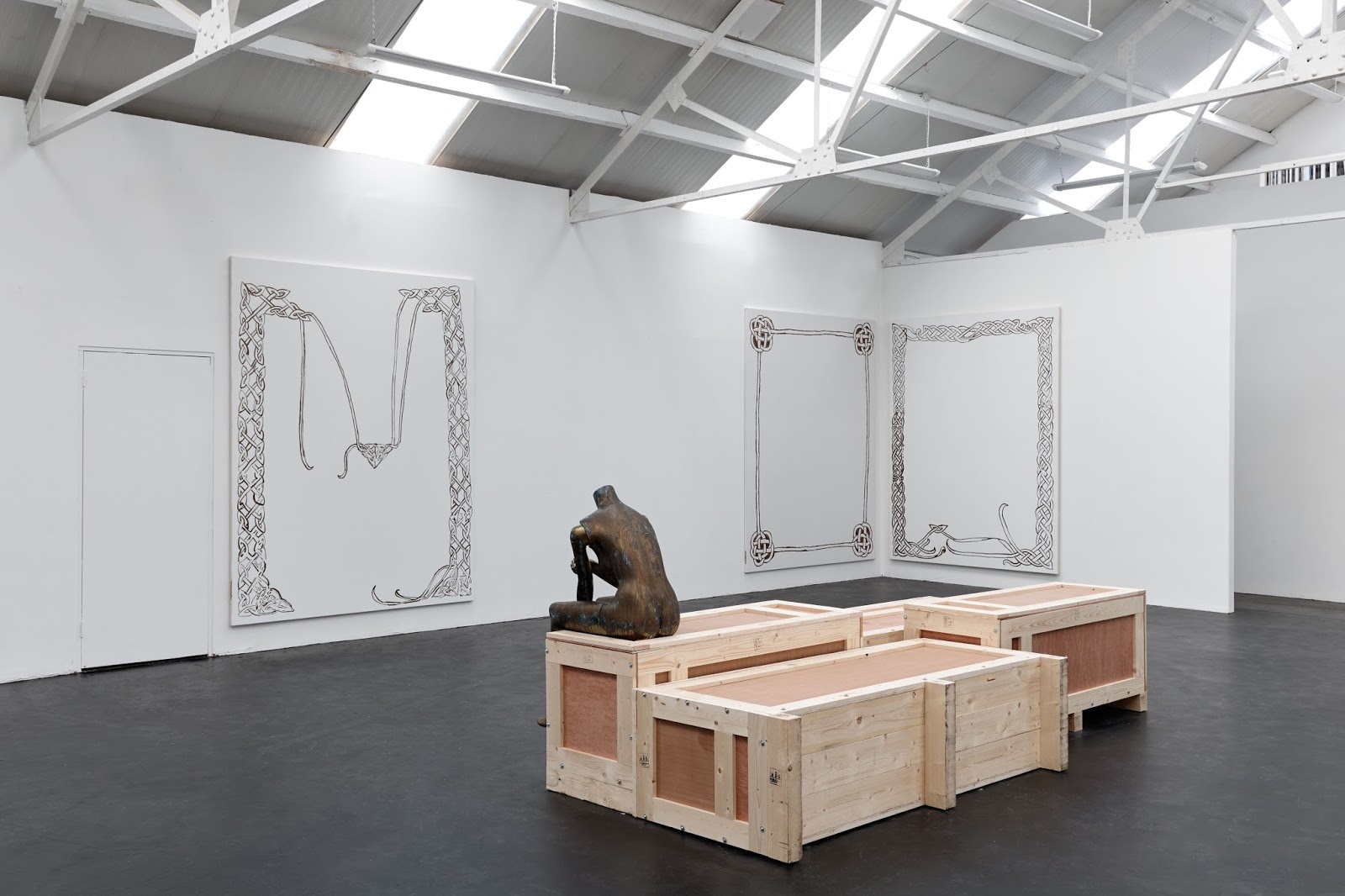 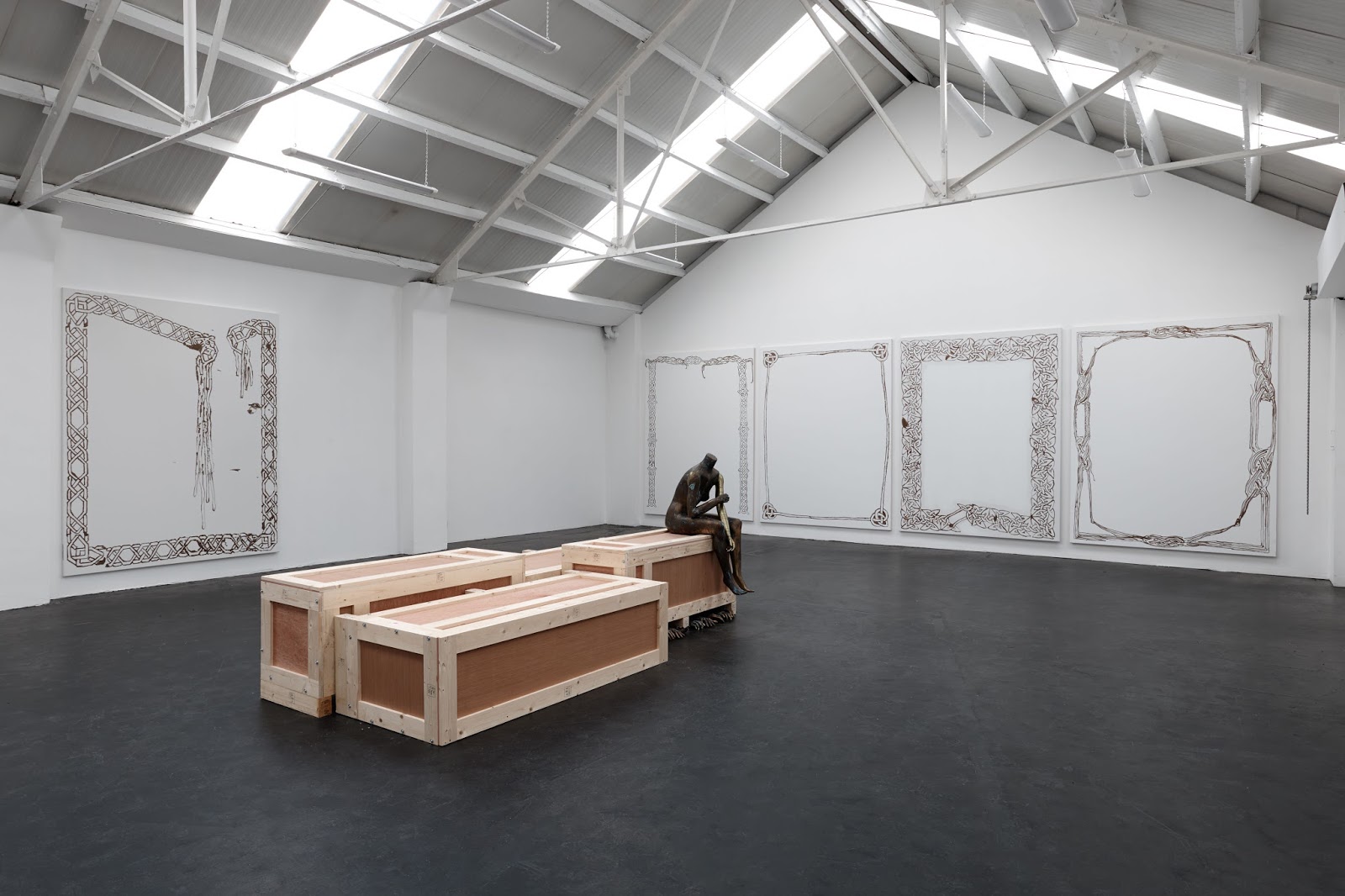 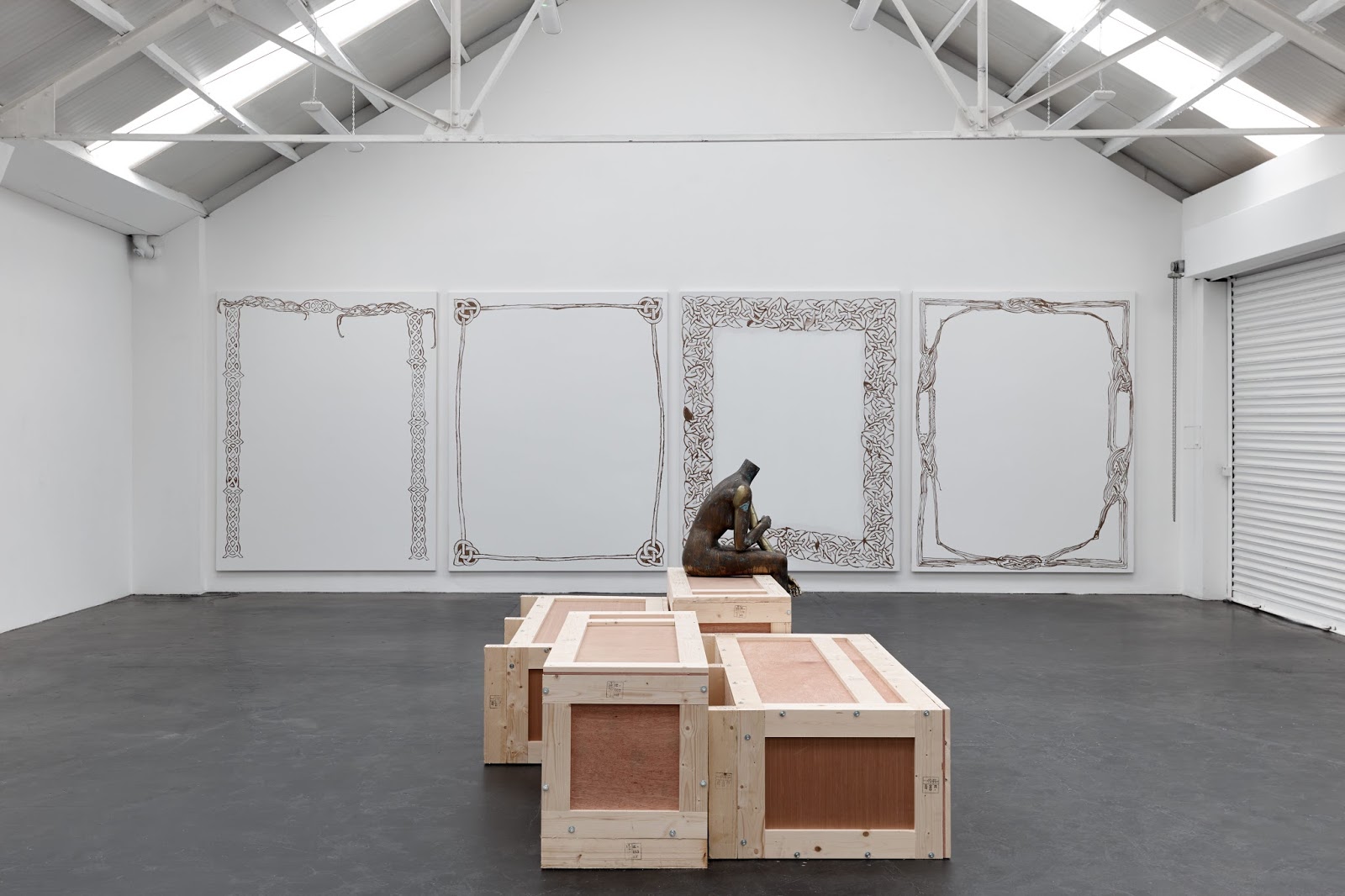 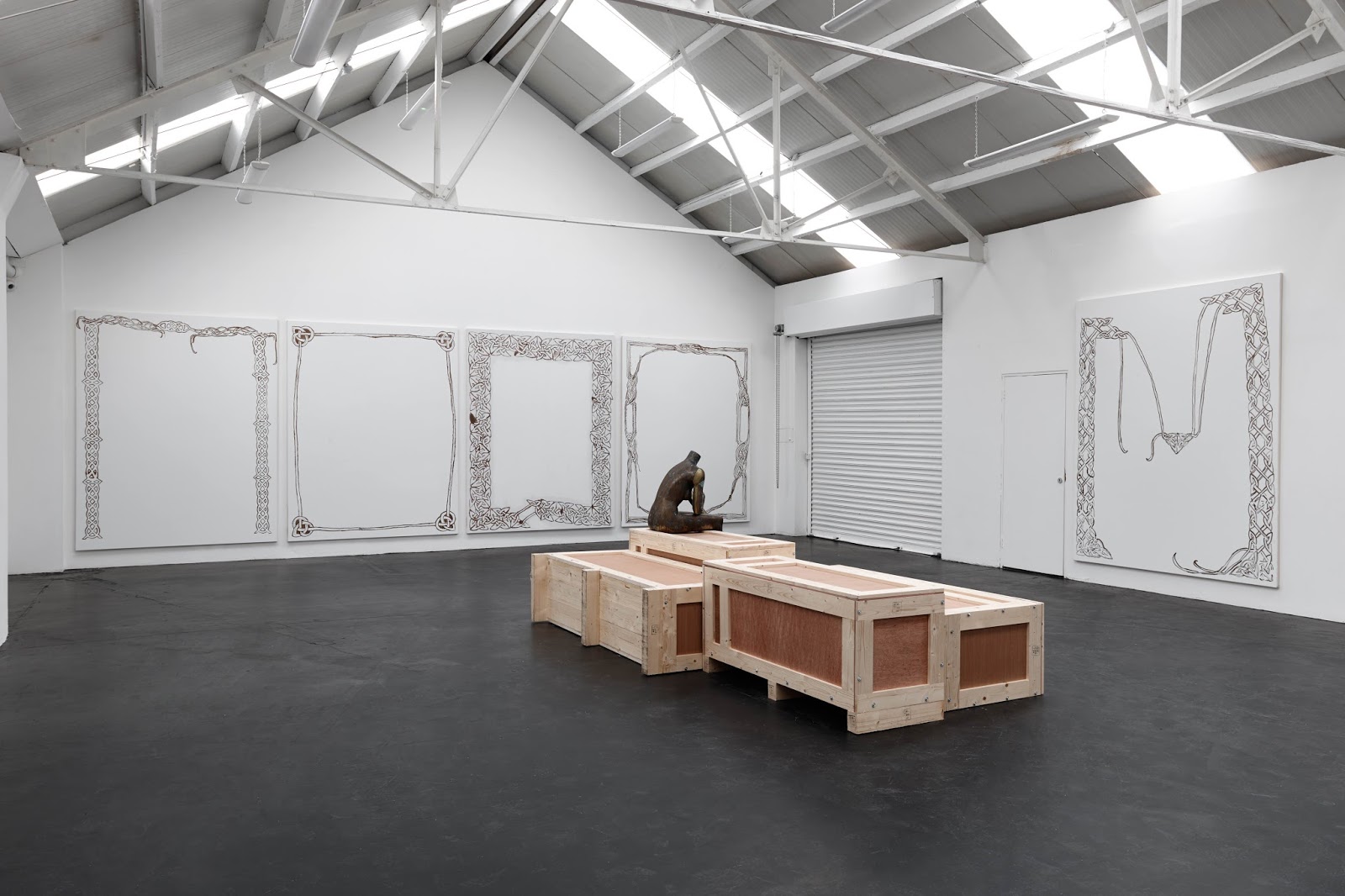 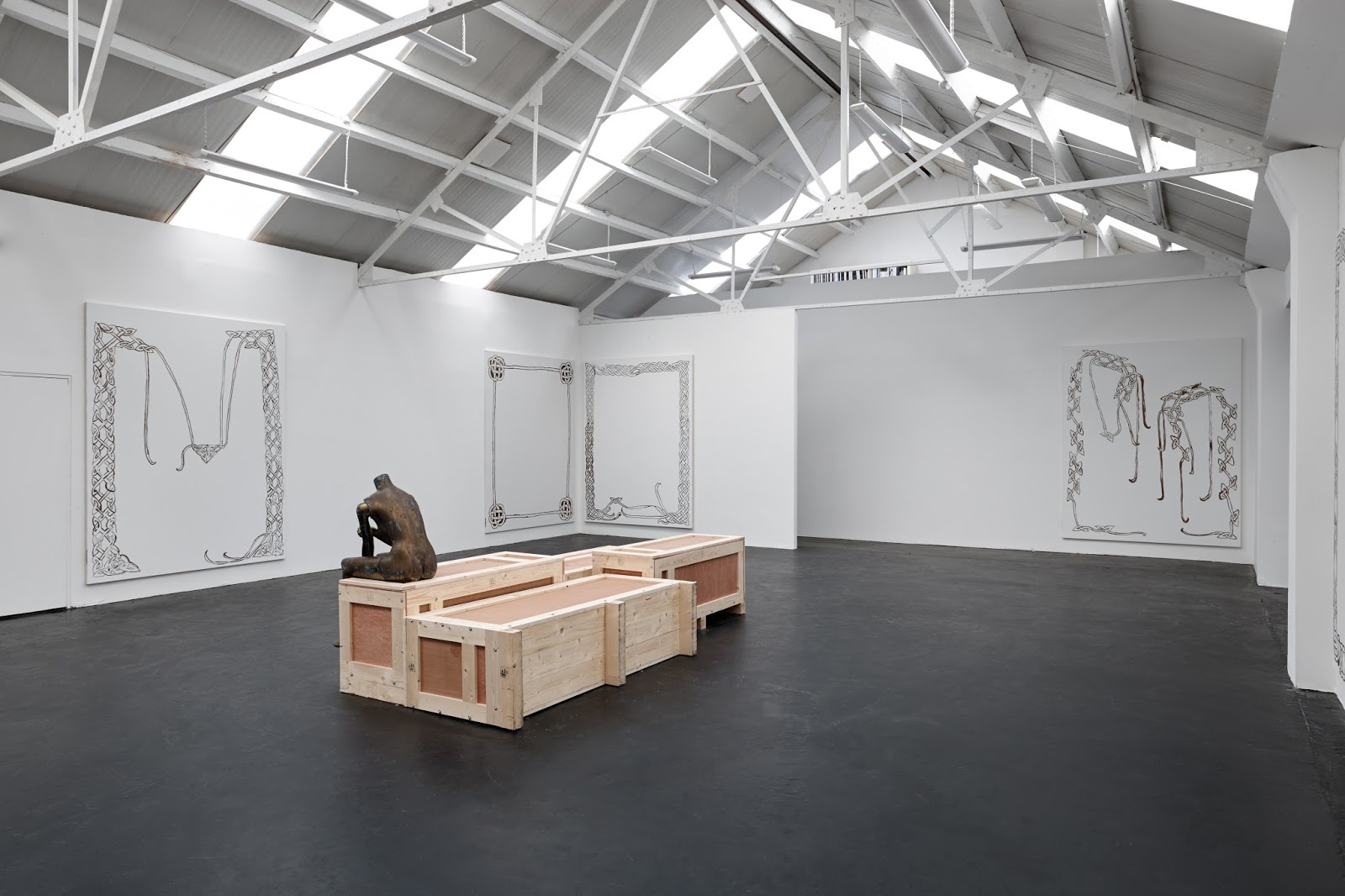 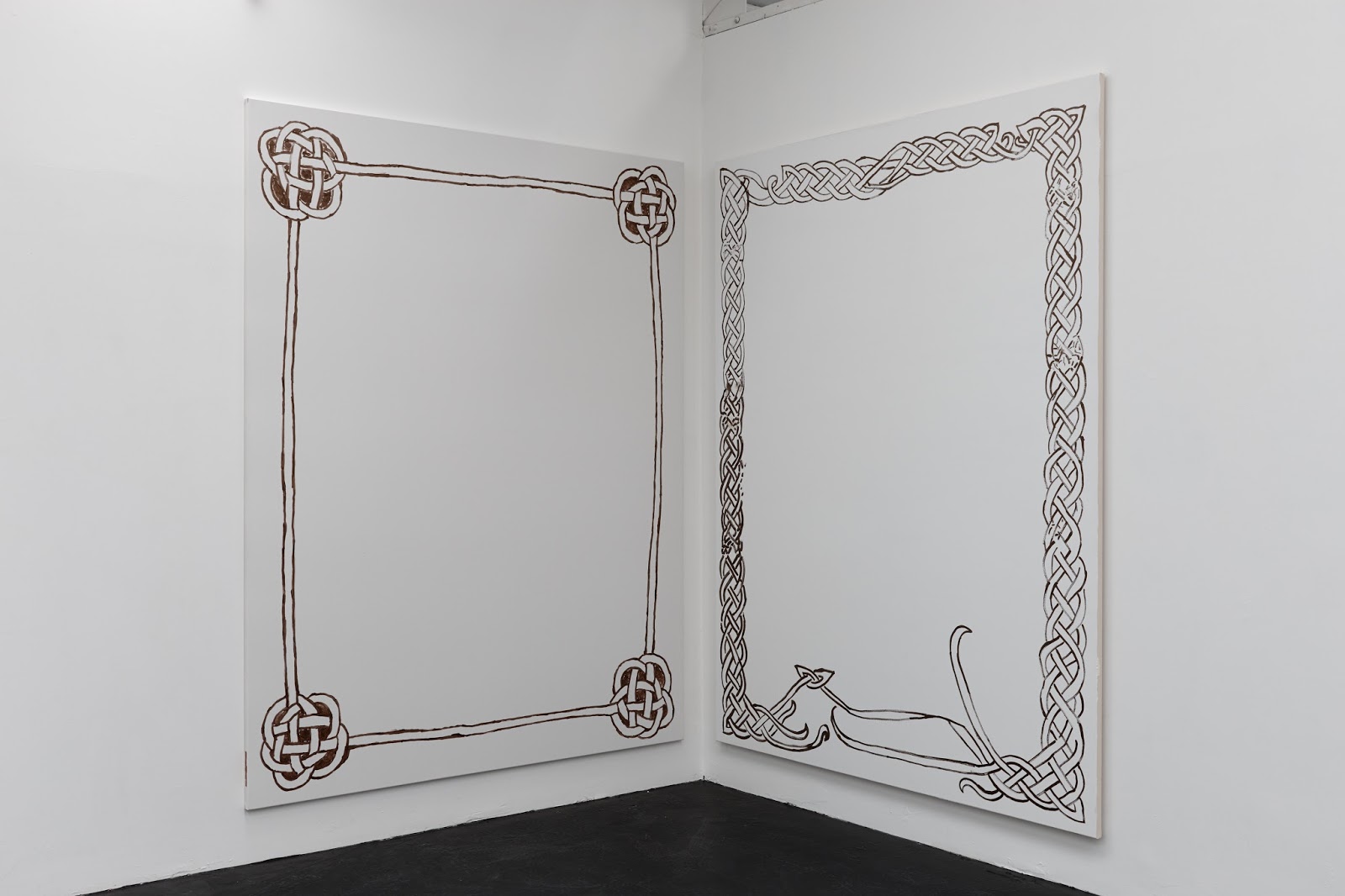 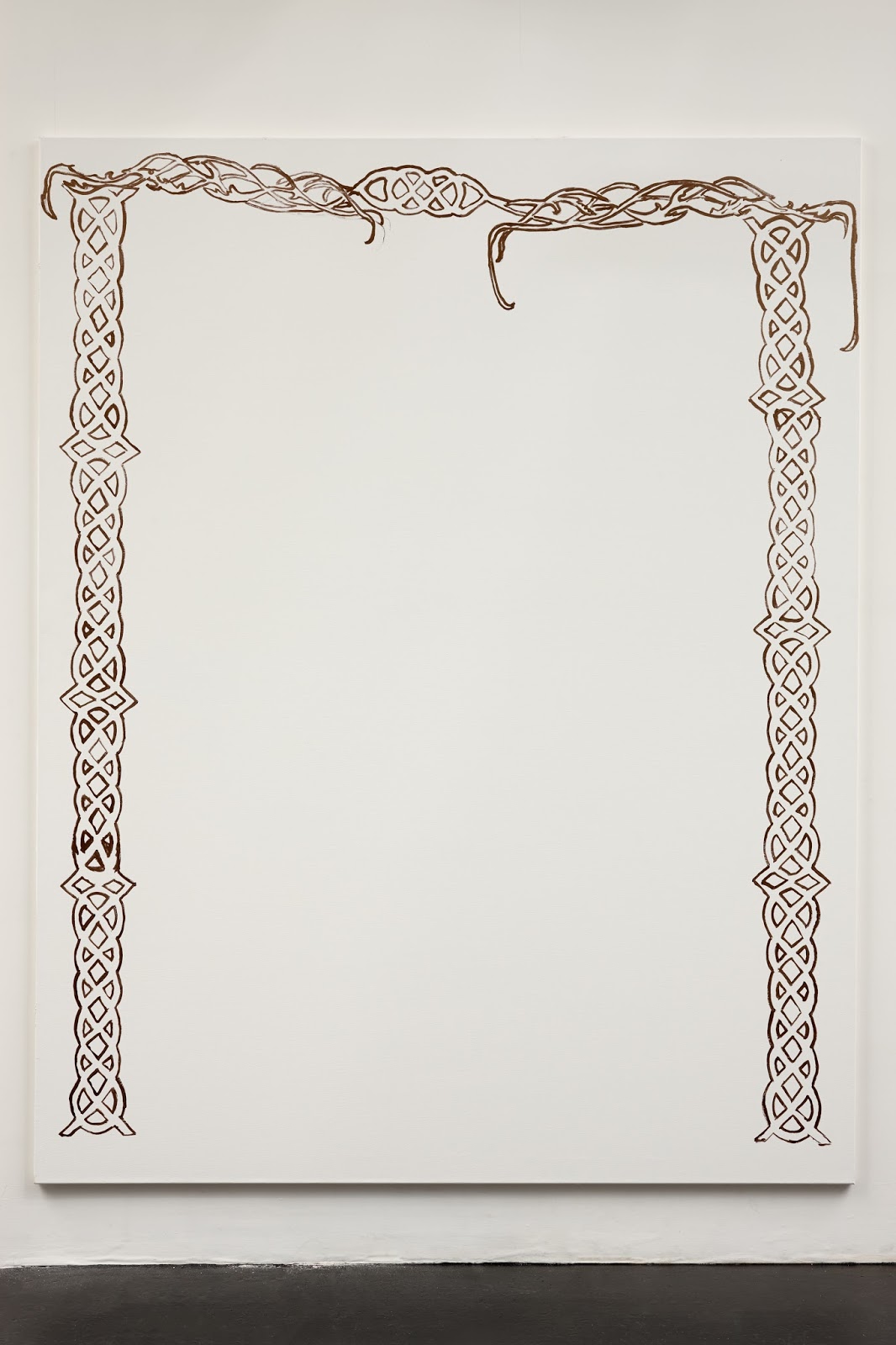 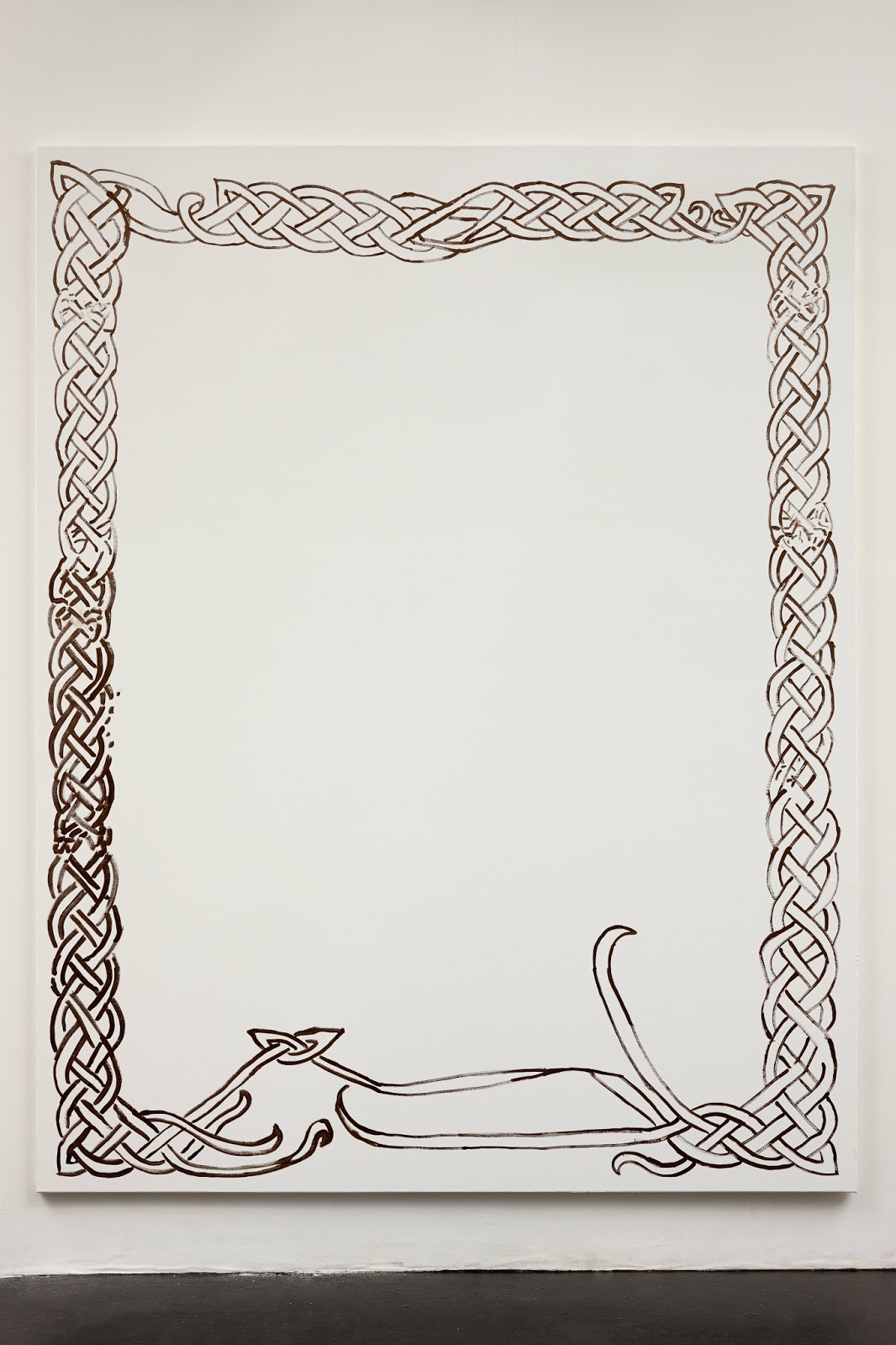 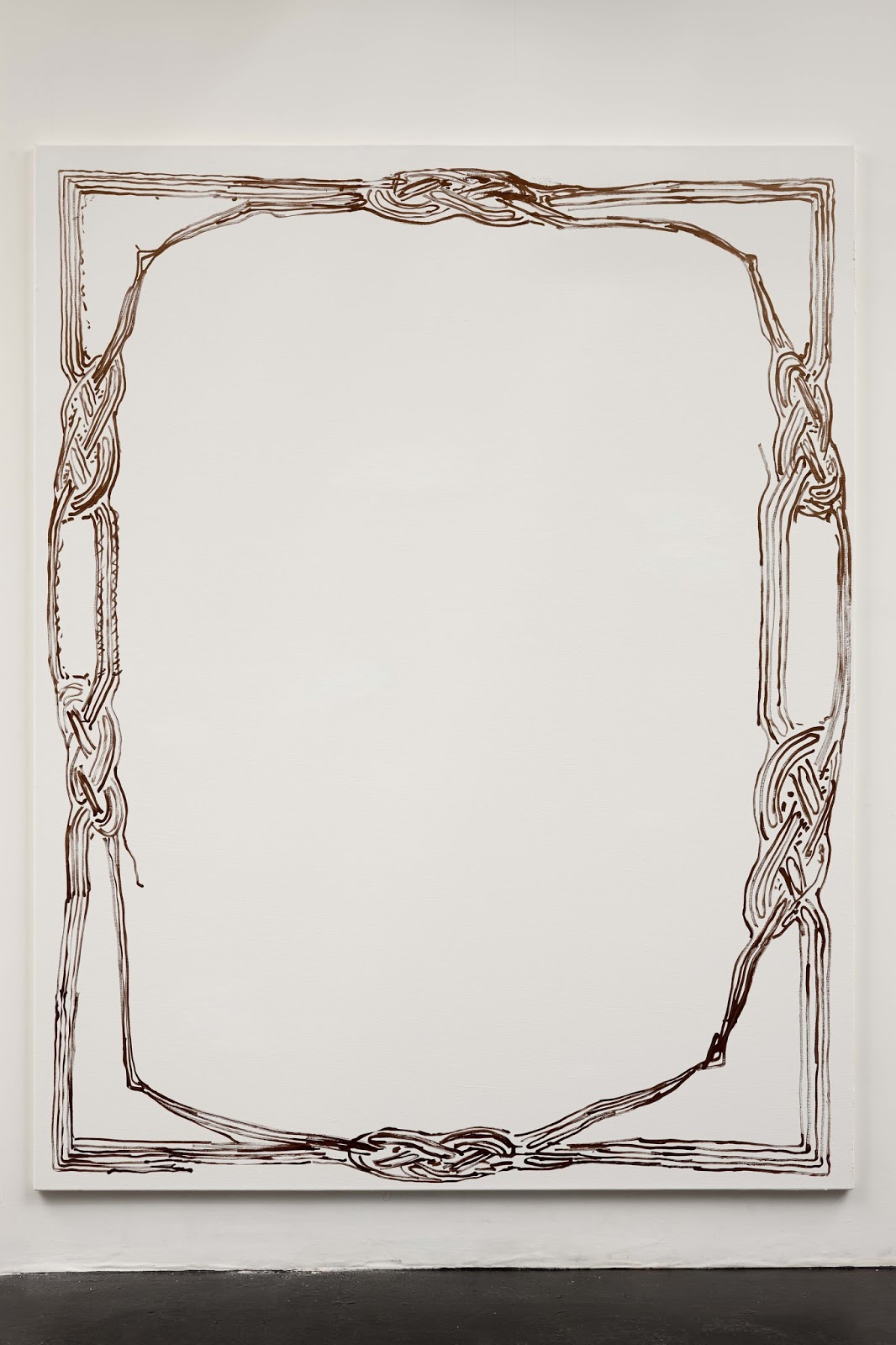 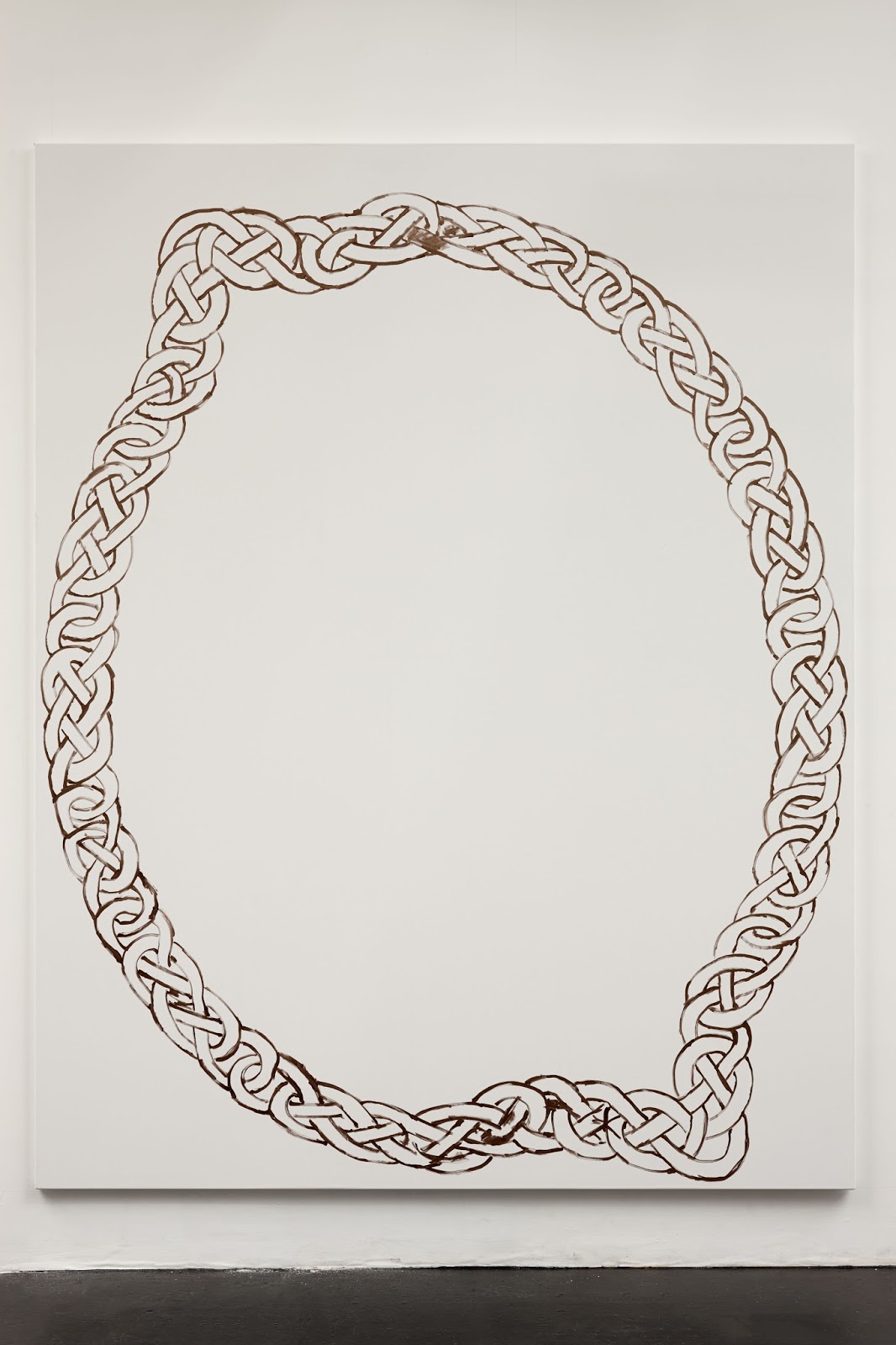 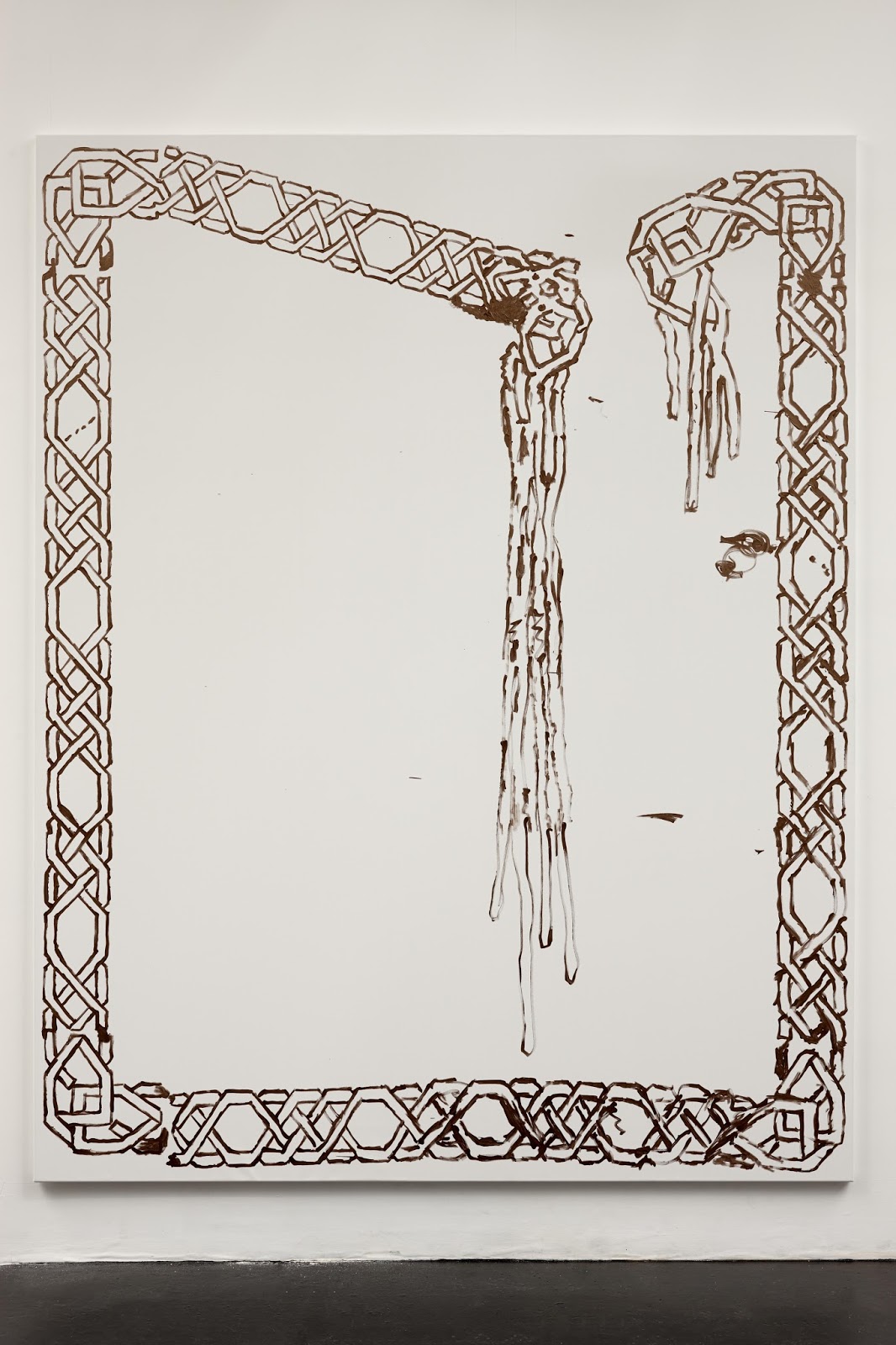 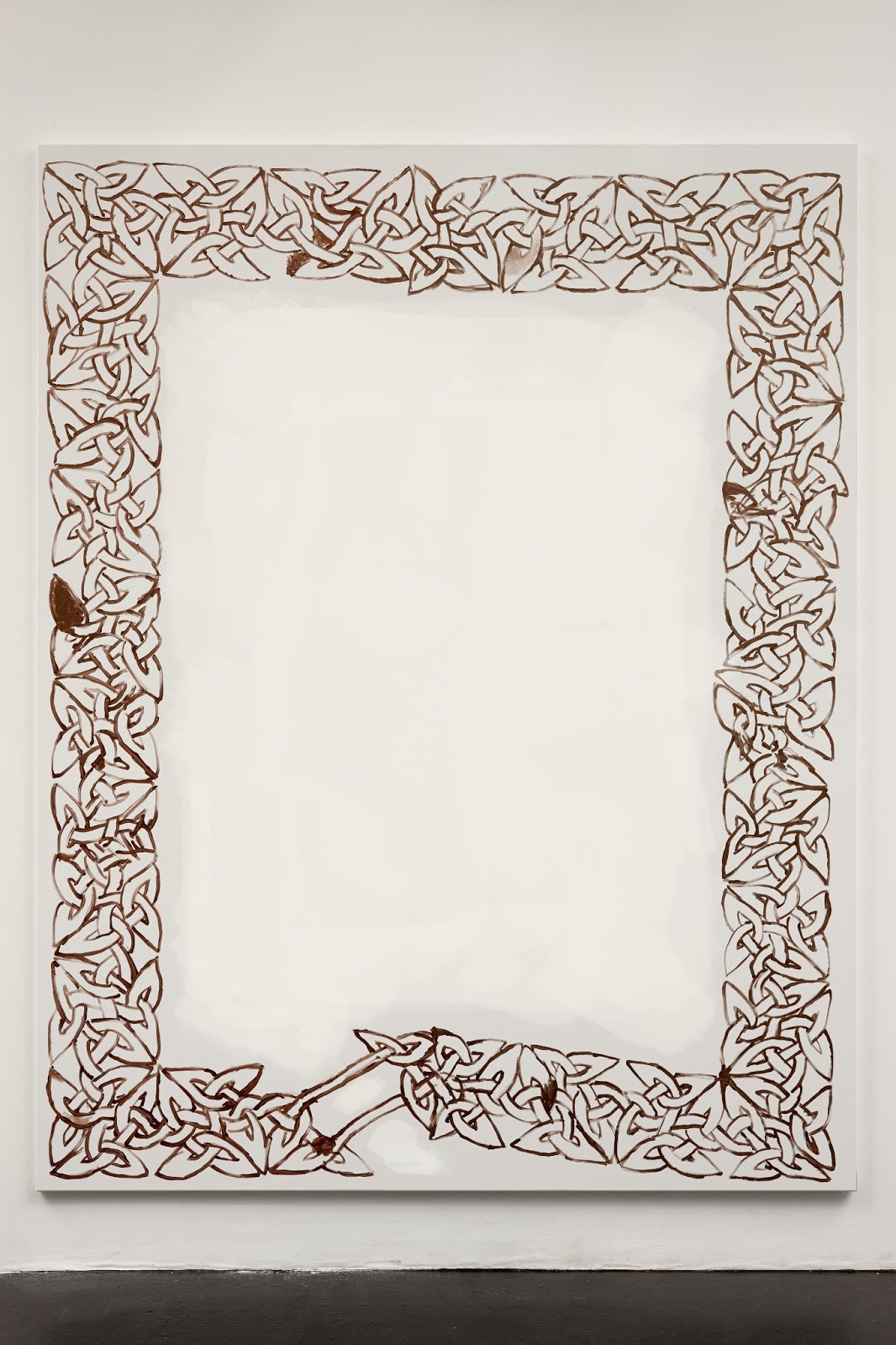 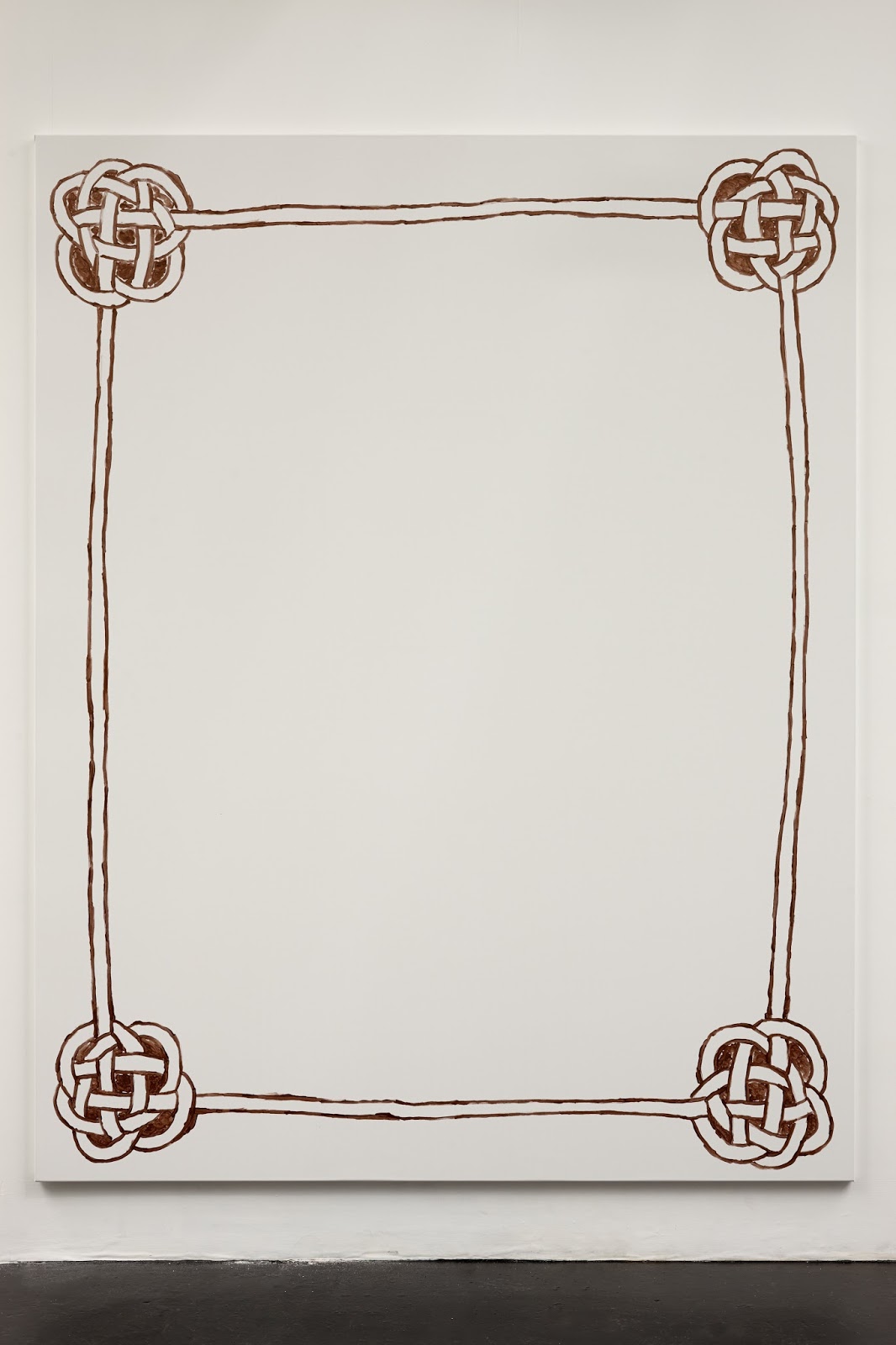 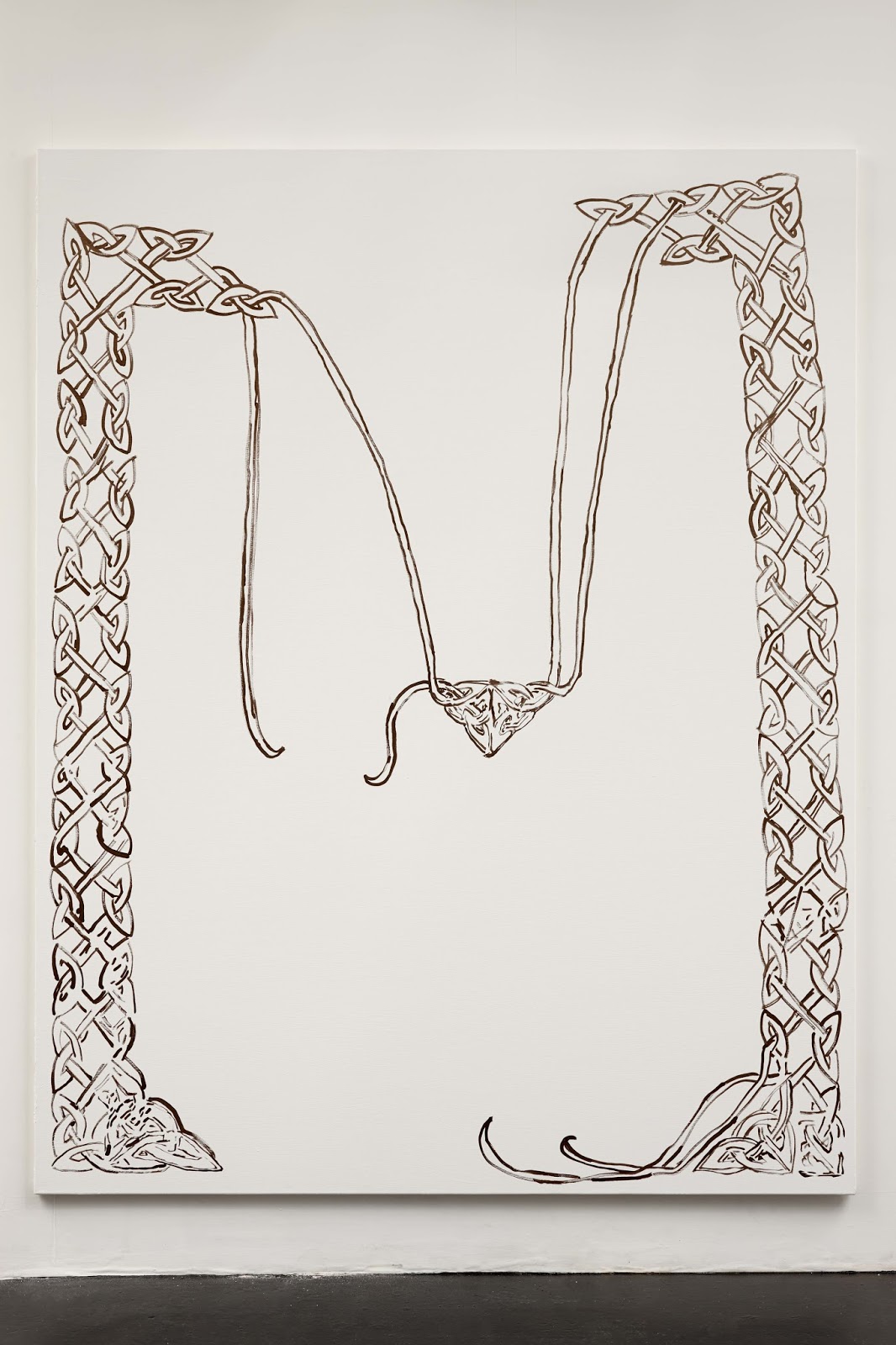 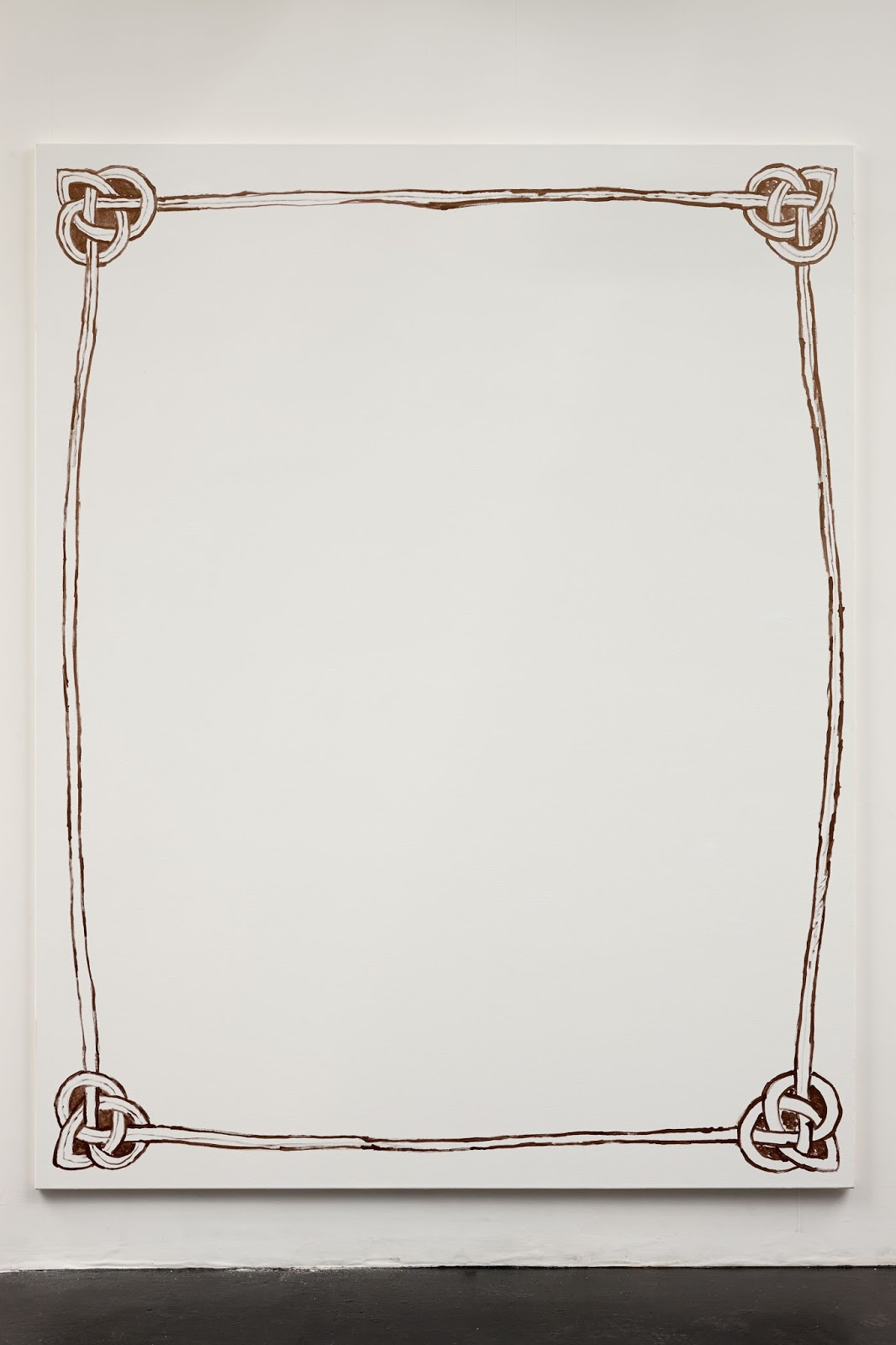 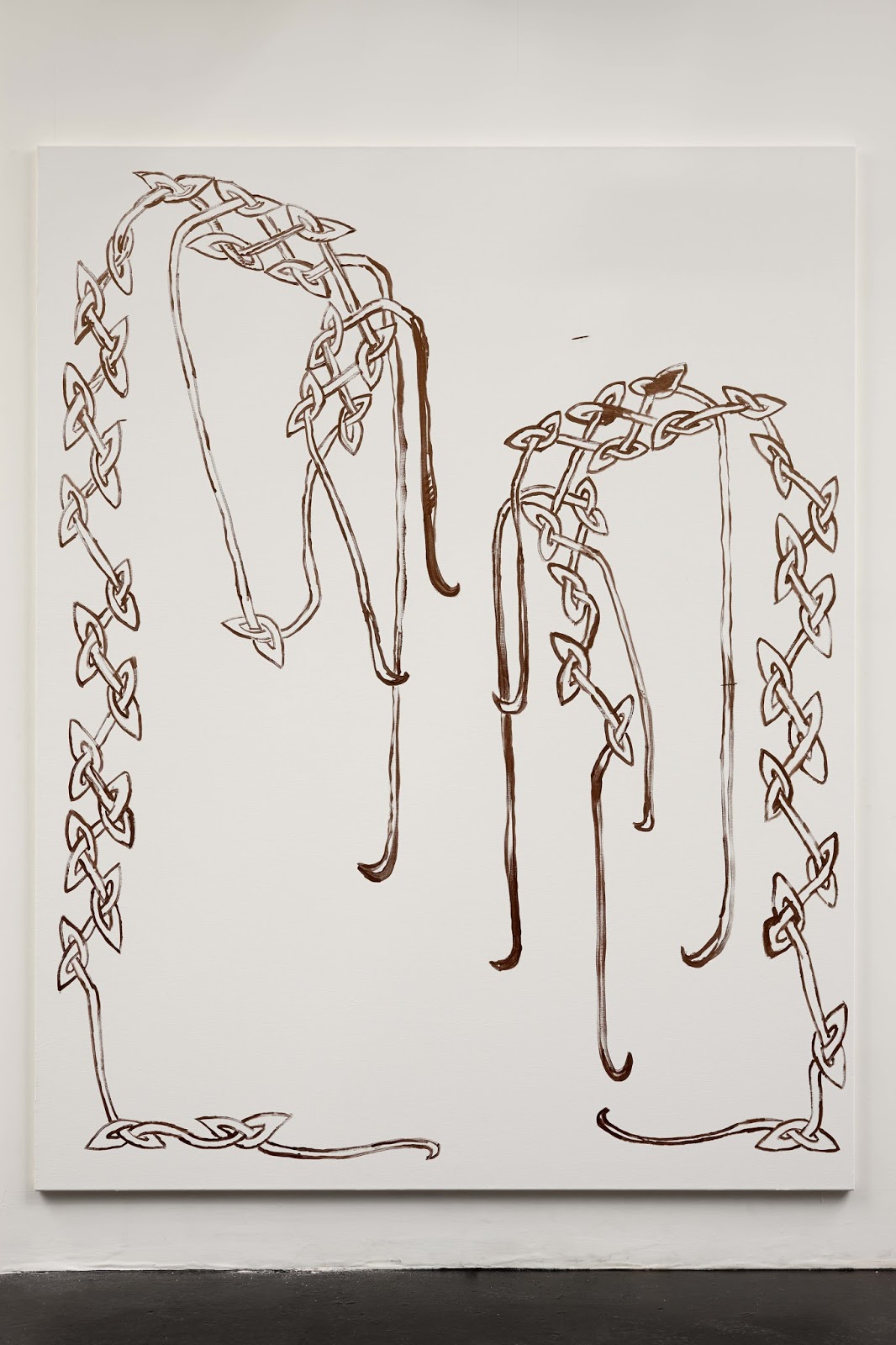 There are a number of things in Timothy Furey’s show Wrapt in The Wave that remind me of a recently popularized art-label dubbed “Zombie Formalism”. Firstly, there are of course the inanimate bodies populating the space, but also the large canvases made to fit the gallery walls. This somewhat ironic move, along with the fey Celtic knots, I will argue, constitute a timely reaction to the term ‘Zombie Formalism’. As so many historicizing labels - Gothic, Impressionism, Neue Sachlichkeit etc. etc. -  this one also did not come from the artists themselves, and was made up to capture and denounce a loosely defined category of practitioners. (As a side note, Furey is not implicated in the ongoing discourse - as of yet.)

The term was coined by artist Walter Robinson, and has been further developed by critic Jerry Saltz, along with many others. Its aesthetic may be defined as a type of ‘mechanical’ formalist gesture. It isn’t just high-brow art connoisseurs that have taken the term to heart. Even edgy undercurrent writers use the term to express their disgust for the inflated art market. The reverberations of the term have been broad and seem to have hit a nerve, its somewhat loose definition notwithstanding.

In Furey’s paintings there are elements which do not quite fit the formal criteria of abstraction. Celtic pattern belongs at this point much more in the realm of pop, of tattoos and street culture, even though they stem from Celtic and Nordic traditions. They also appear to have connections to early North African and Arabic art. This points to an earlier form of globalization, and exemplifies in itself the semiotic mobility of symbols.

The lifeless, fragmented bodies that occupy the space of Furey’s show are accompanied by their respective shipping crates. These crates evoke the global trade and shipping that lies as a core within the core of zombie formalism and globalism. In fact, the crates were not even used to ship the works to the show. They were made on-site, invented by the artist as a ploy to further underline this point.

As containers for lifeless bodies, the crates also evoke the sarcophagus - the vessel of the dead destined for an eternal afterlife, again pointing back to our ancients. It is perhaps interesting to note here that the etymology of sarcophagus is Greek sarkophagos ‘flesh-consuming’, from sarx, sark- ‘flesh’ + -phagos ‘-eating’.[1] —

Zombies—being ever-present in our current cultural era, suggest, with so many other contemporary tropes, a coming apocalypse, as well as living in the subsequent post-apocalyptic aftermath. Their manifestation in daily life can be found nearly everywhere, from exposed brick to bespoke torn wallpaper and sourced wood bar desks, even ripped jeans and destroyed denim. The image of scarcity isn’t just everywhere, it has even become glamorous, like the fake patina that adores Furey’s sculptures.

It is in this landscape that zombies have re-emerged as a powerful symbol of a unified mass or perhaps swarm, that threatens the remaining humans, society, social order, the heroes, the ones who must fight for what remains of value. The precariousness of the heroes’ situation forces them into questionable ethical choices, both for the good of all, but also for selfish gains. The psychological effects are hard-hitting, damaging, if not completely devastating.

The “god-father” of the contemporary zombie figure is George A. Romero, who, with his first film “Night of the Living Dead”, created the image we tend to think of when we think of zombies. His 3rd or 4th film, Dawn Of The Dead, has a famous scene where zombies have overrun the lower levels of a mall, and as a comic relief the zombies are seen walking about in the mall, not unlike how regular humans would cruise it.

In the much later movie Land of the Dead from 2004, zombies play the role of insurgents in a working class uproar by human slaves against the feudal, ruling elite spearheaded by Dennis Hopper’s character.

If we take Romero’s work with the concept of zombies as a foreshadowing of our own condition as zombies, then maybe it’s not so bad. Please bite me.