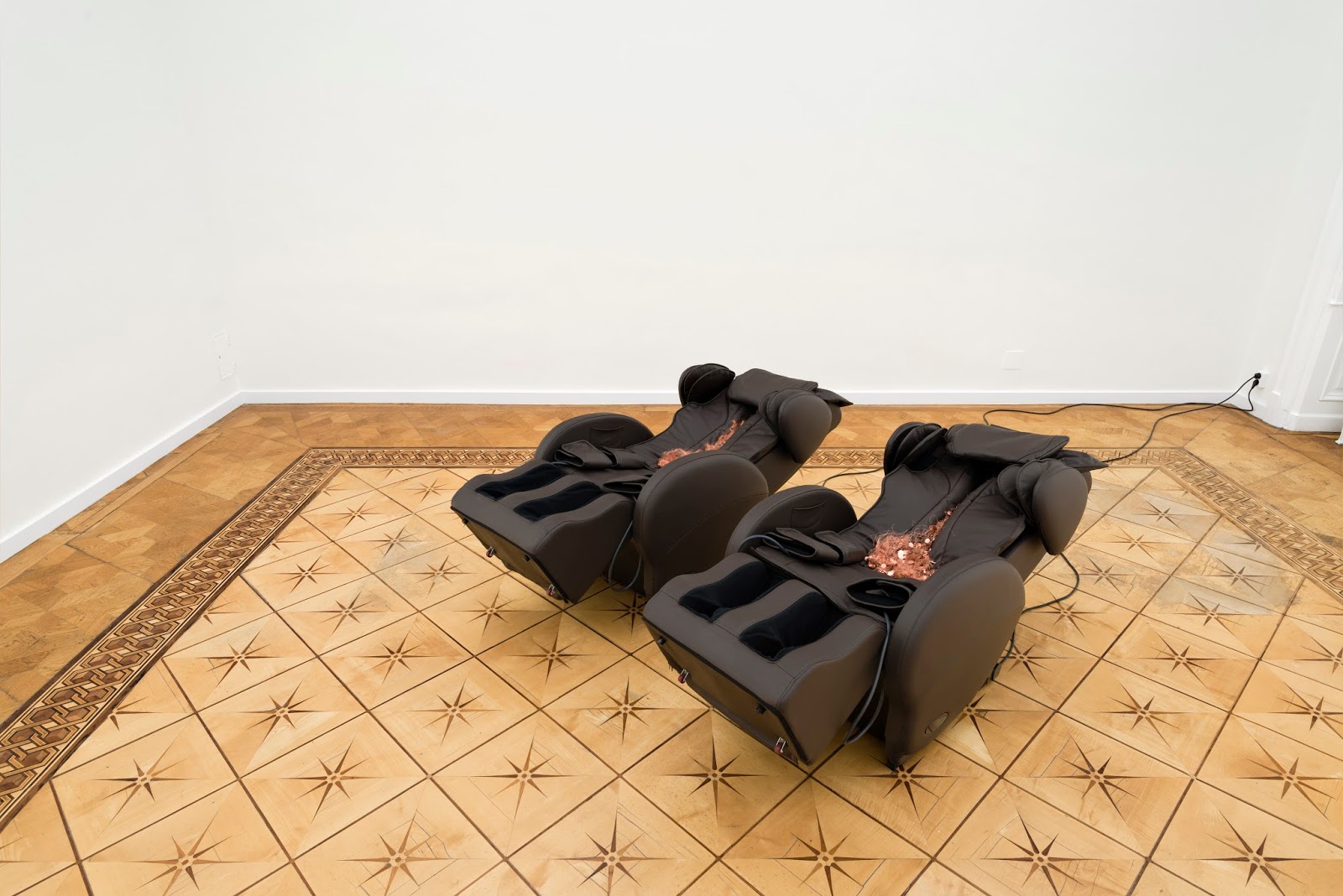 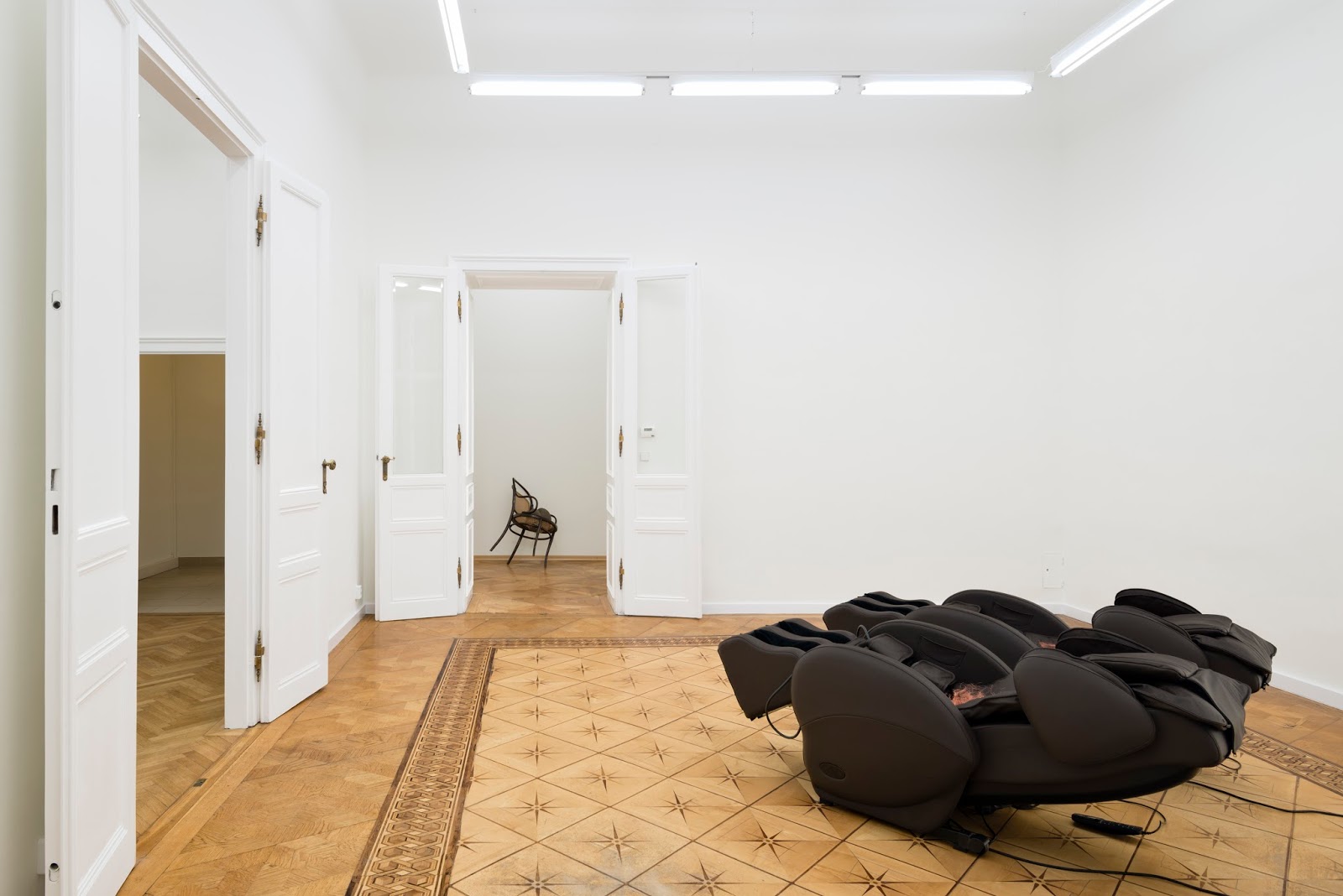 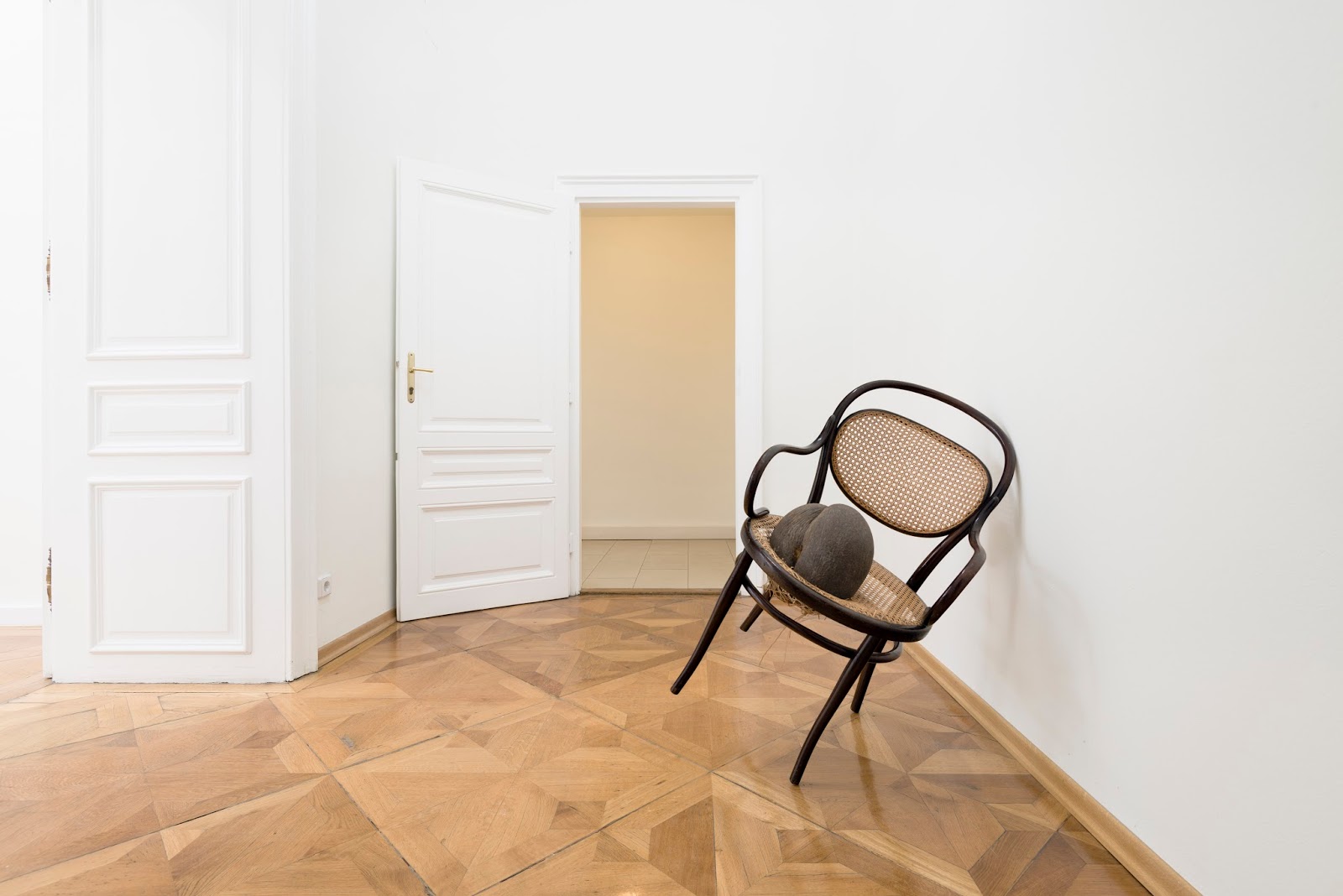 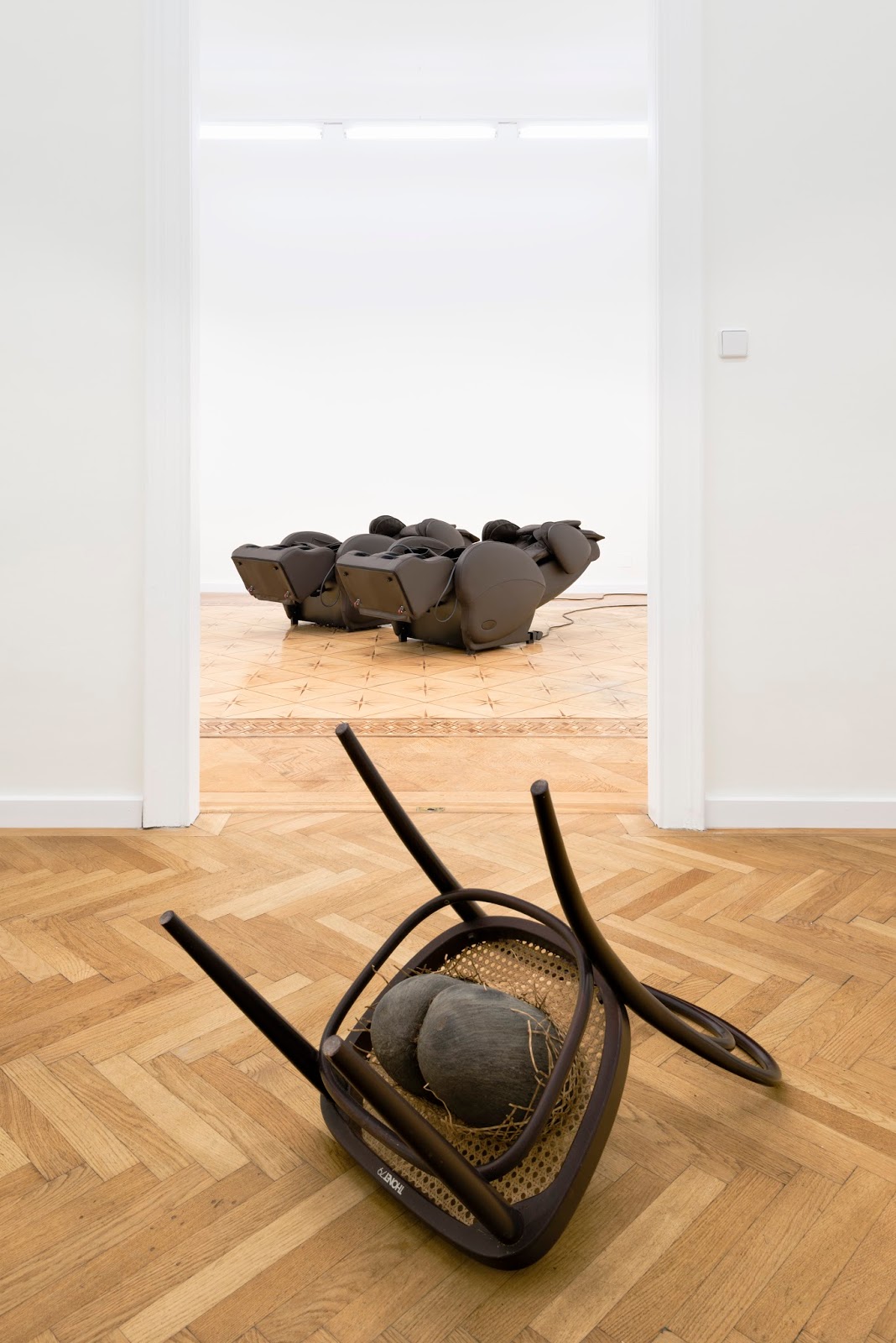 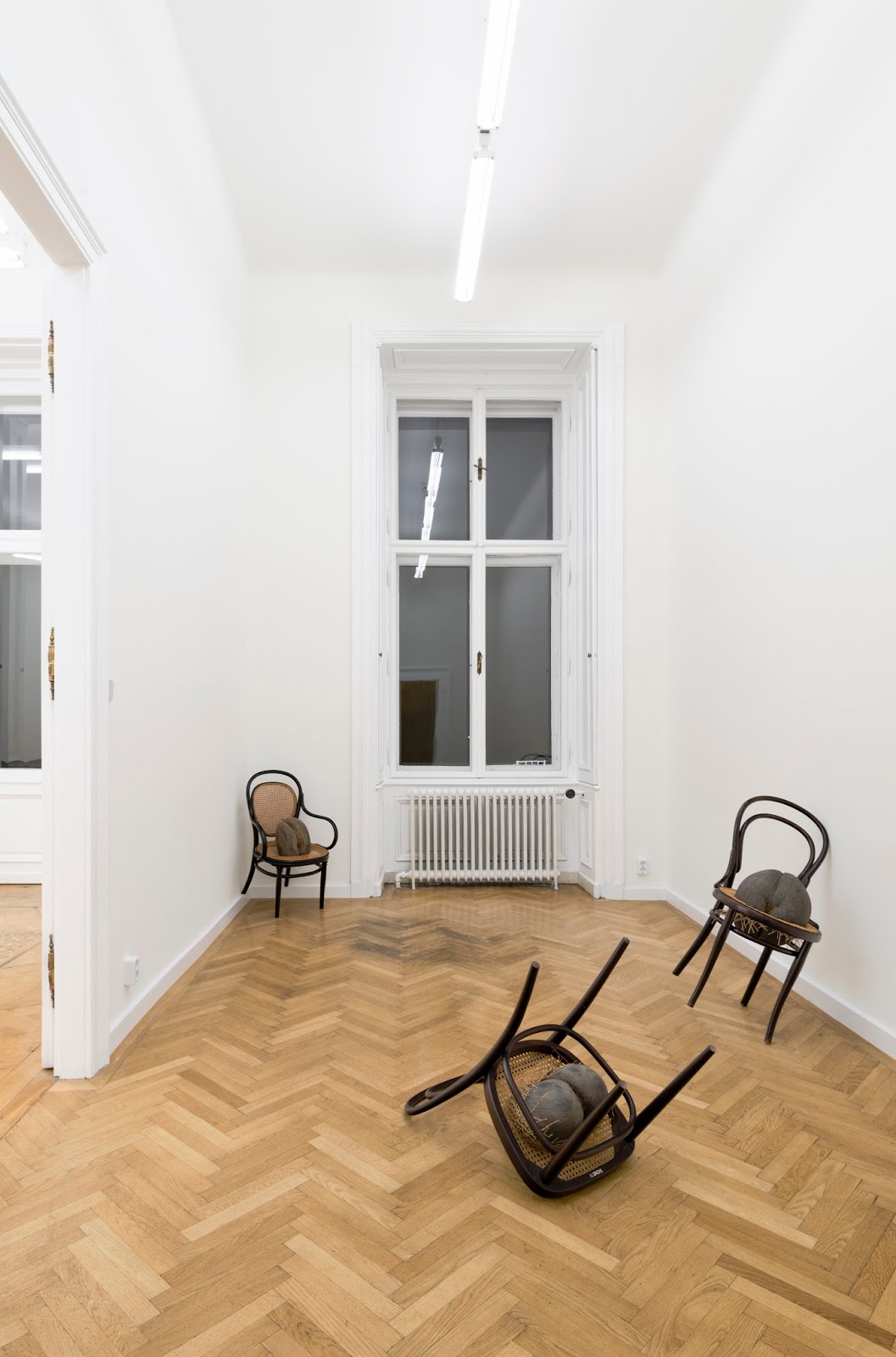 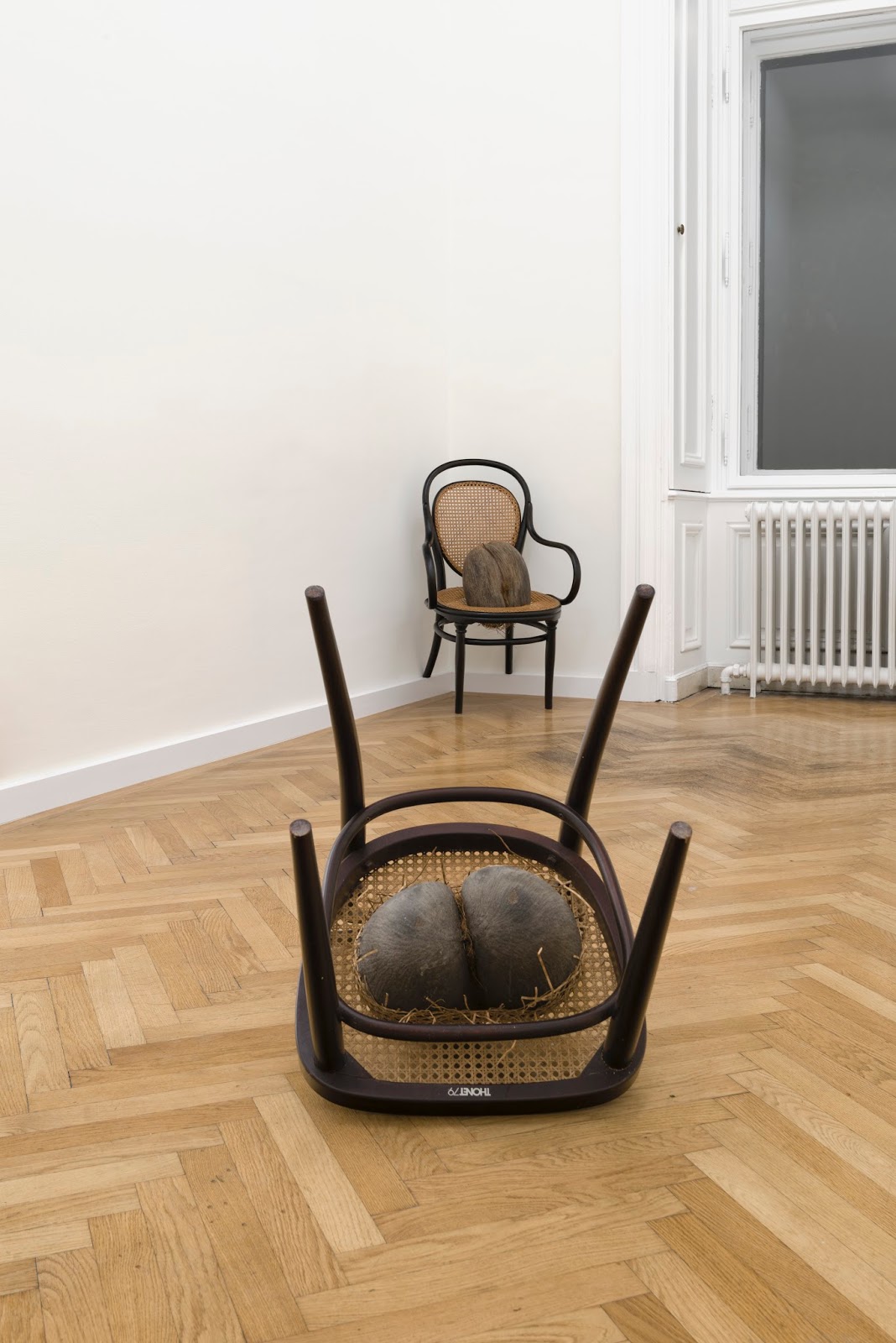 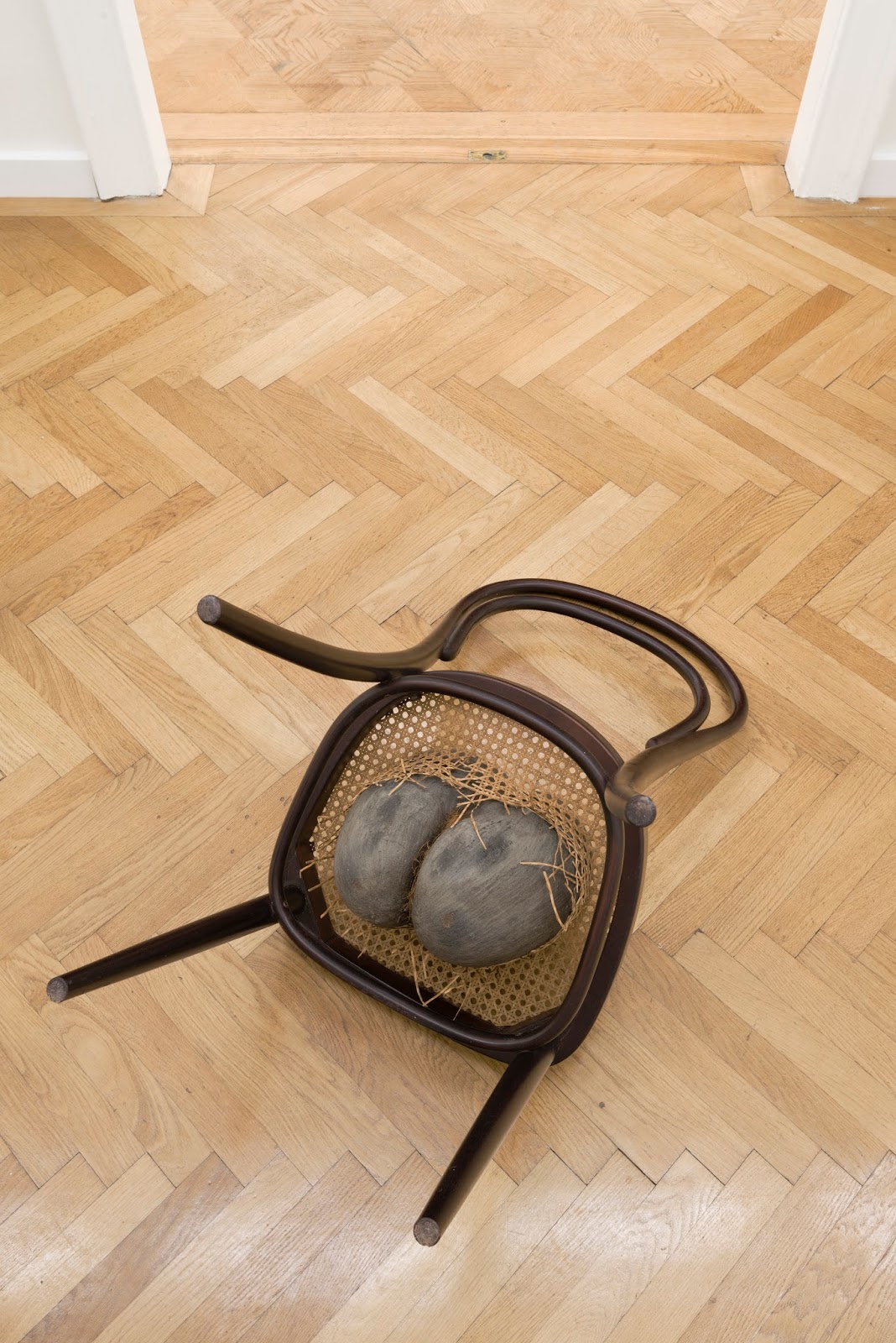 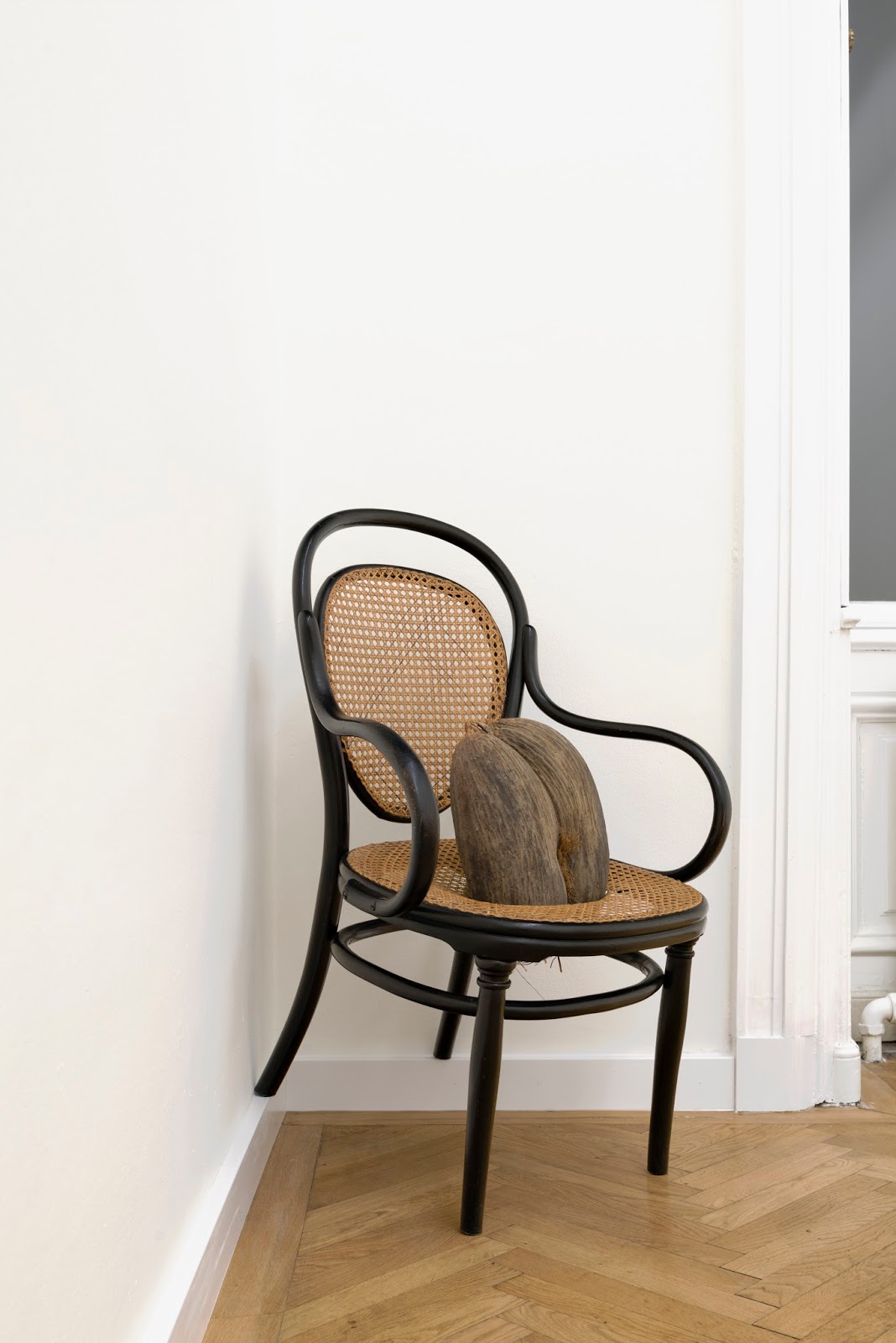 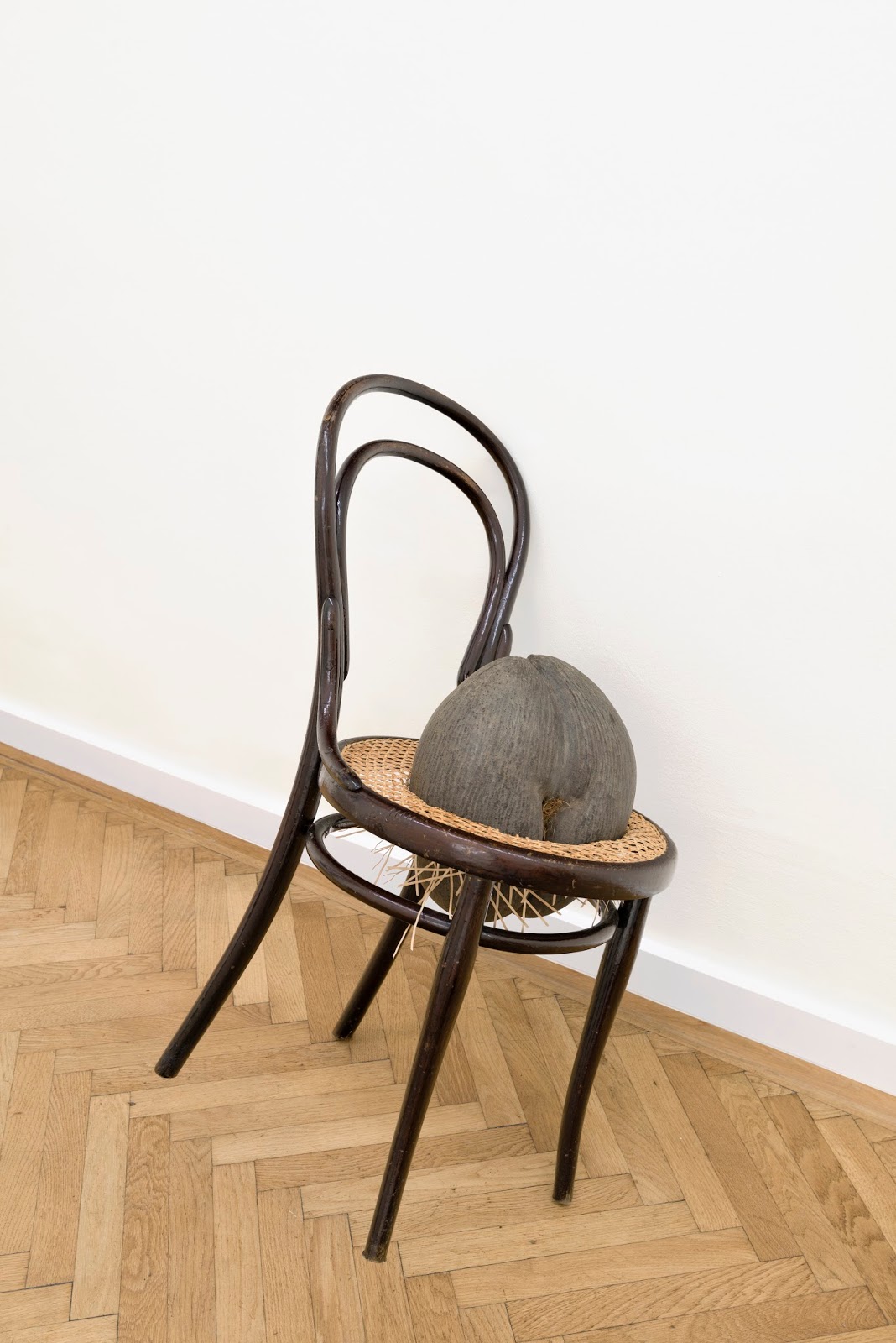 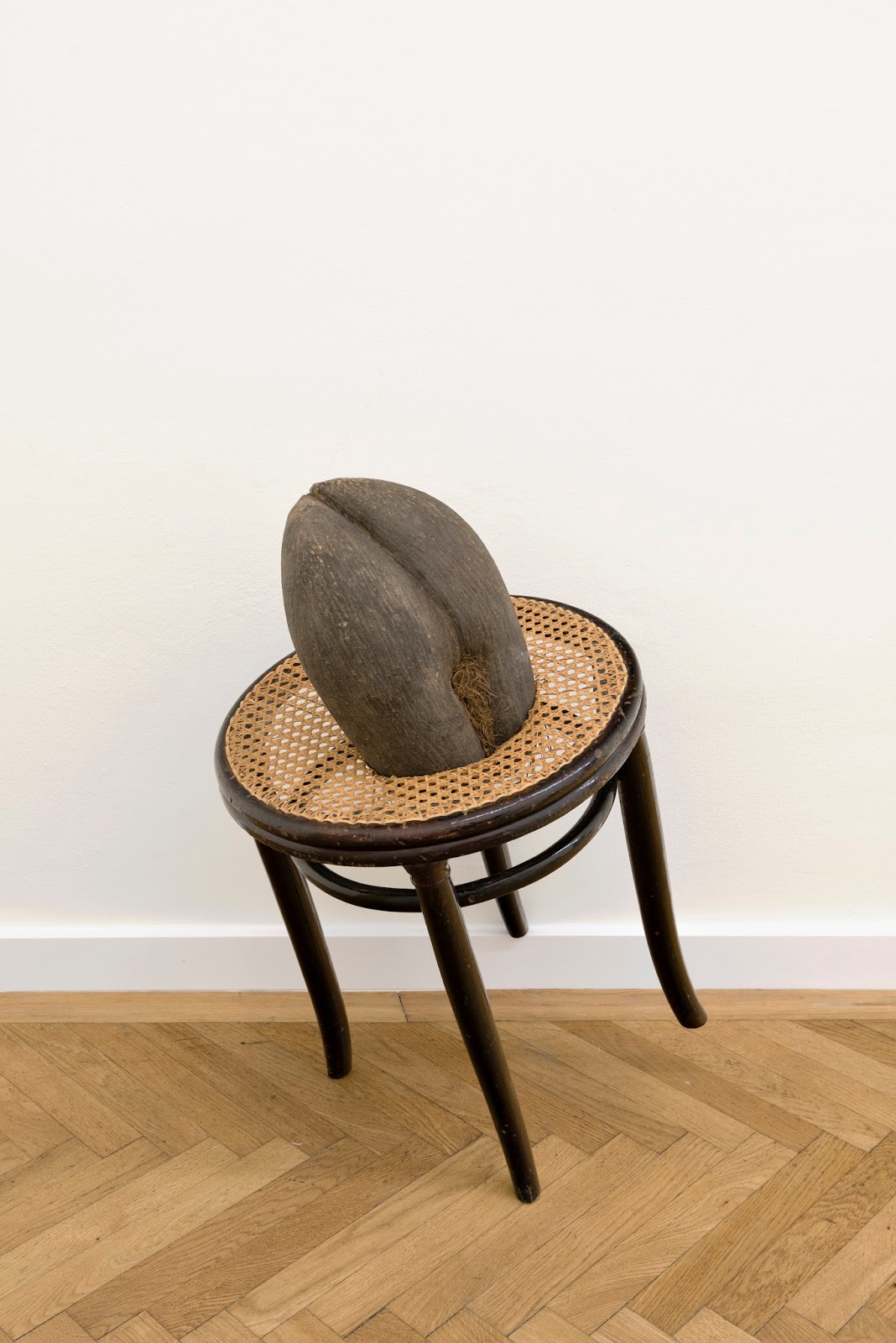 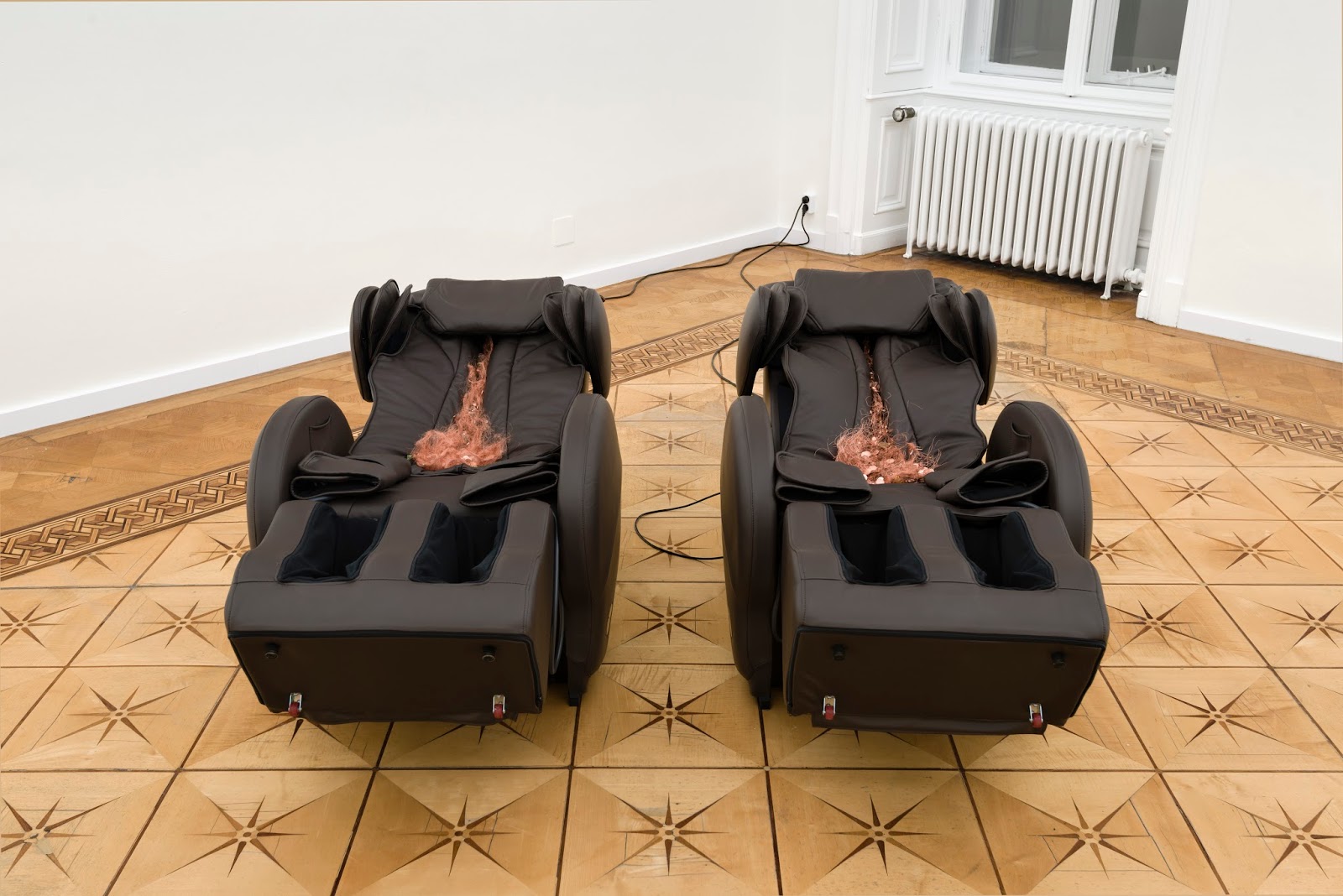 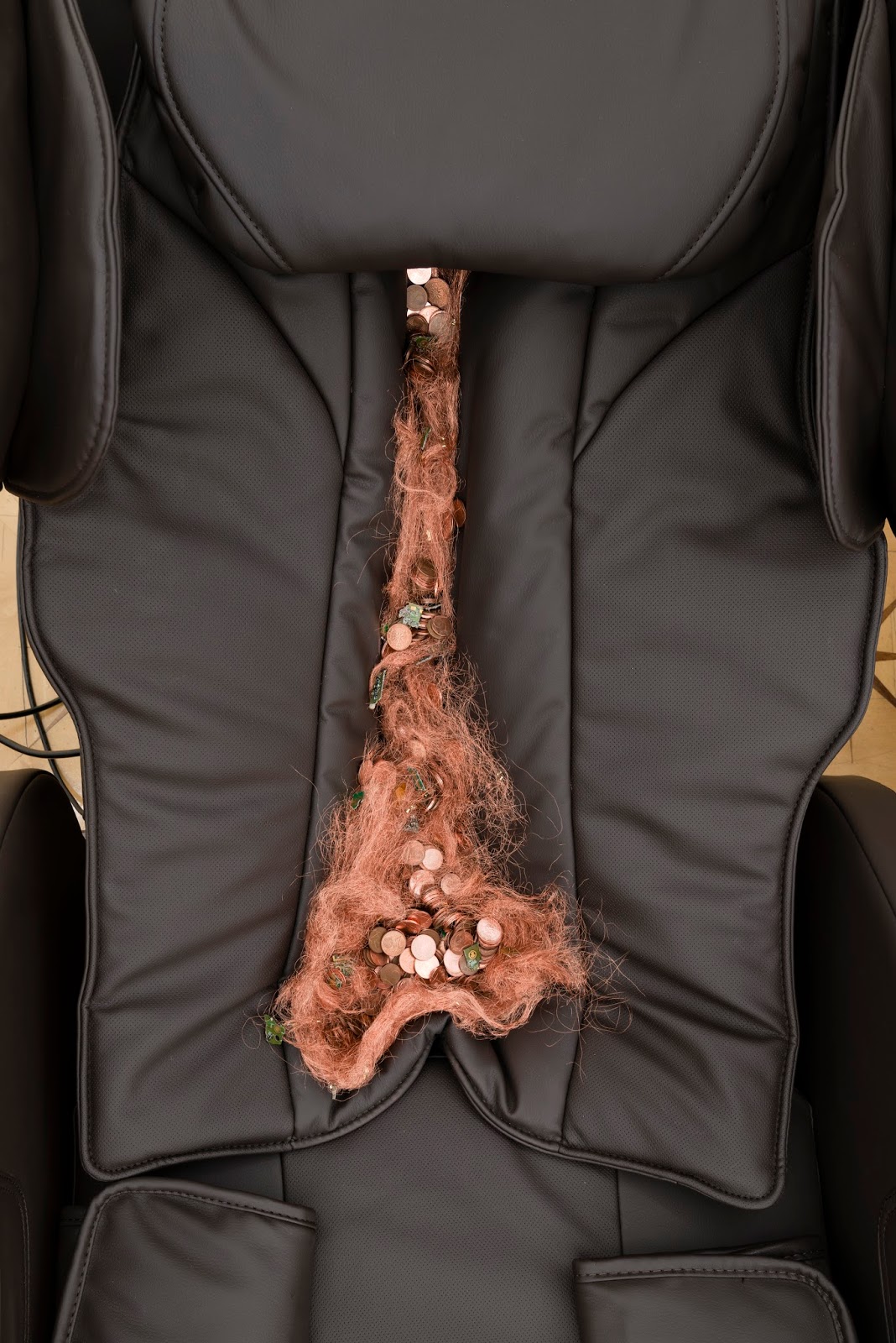 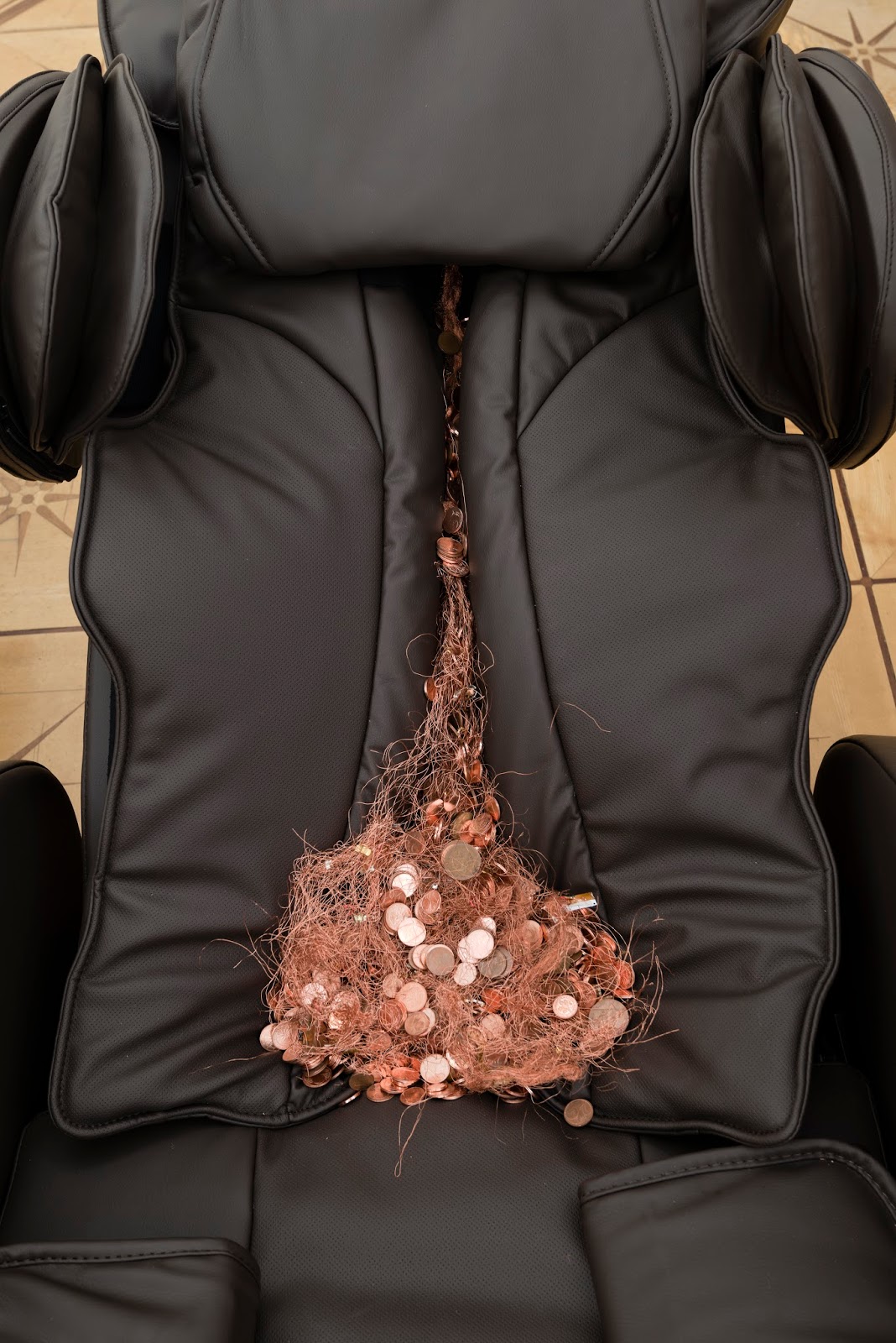 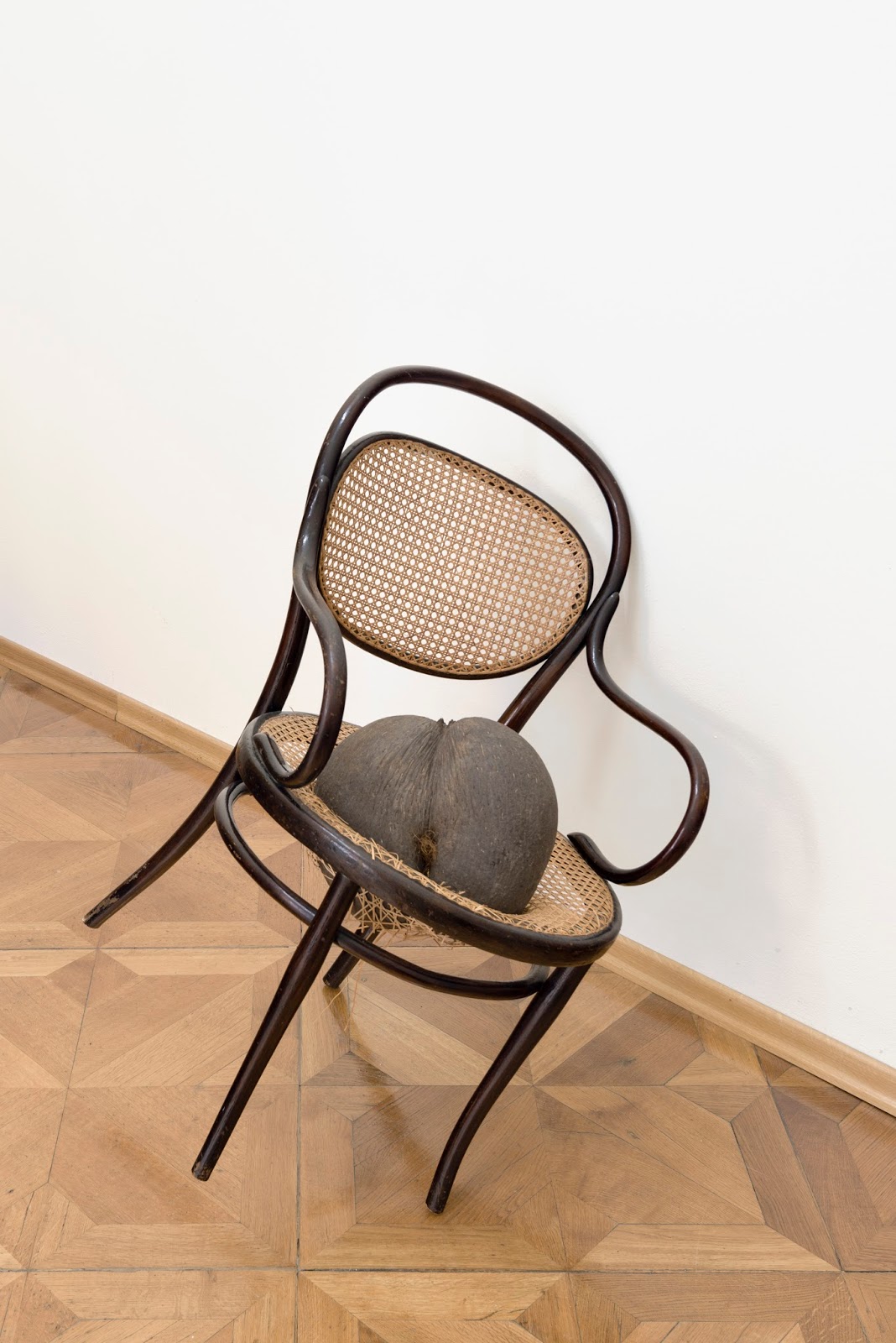 Beier extracts material from their circumscribed settings and exposes their layers of historical, cultural and social information. Manufactured desires meet cultural stereotypes in order to visualise the fraught status of the object as image. Beier installs a scenario that explores the relationship between the human body, artistic or social labour, and the mechanisms of value production. She makes this relationship visible by creating objects – or maybe better, icons – that hold in place the stream of relations and transactions that generate meaning in her work.

The Female Nude is already encountered in prehistoric art, usually as Venus figurines, most of them having small heads, wide hips and exaggerated abdomen, breasts, vulva and thighs, commonly believed to represent fertility. In ancient Greece sculptures of female nudes usually represent female goddesses such as Aphrodite and the proportions follow mathematical ideals. In Medieval Byzantine art, the importance of the female nude is much diminished and almost disappears in the Middle Ages as it does not correspond to Christian ideals of chastity. Exceptions can be found in Gothic art where artists are allowed to resort to female nudity in the name of purity and a virginal idea of the body. With the rediscovery of Greco-Roman cultural values in Renaissance art the female nudes position is restored, even though Christian morality has not changed. Idealized depiction is abandoned in order to capture a more natural, warm and seductive nature of women’s bodies. These ideas are maintained in Baroque art and develop into more playful and suggestive female nudes during Rococo. Neoclassicism reverts to antique forms and poses and in the 19th century we typically see female nudes removed from the everyday in extraordinary, fantastic settings and usually still depicted as otherworldly beings with no pubic hair and Barbie-like genitalia. In the 20th century, the female nude remains a constant feature in modern and contemporary art, even though the academic tradition loses its supremacy.

Noble metals are those considered to be resistant to corrosion and oxidation in our atmosphere such as i.e. platinum, gold, silver, copper and titanium. Their value is tied to their rarity as well mutability and applied in areas like metallurgy, high technology, ornamentation and sculpture. The value of noble metals changes fluidly according to supply, demand and cultural or technological developments causing the Debasement of coins, the Mining of Electronics or exploitation of Dental Metal Scrap.

Mining of Electronics describes the recycling and extraction process of precious and noble metals from end-of-life electronic devices. We have seen a growing volume of electrical and electronic waste, which contains deposits 40 to 50 times richer than ores mined from the ground. Currently around 30% of the yearly supply of gold stems from recycling. In phones for example you can find around 0.2g of gold, which has a monetary value of currently around 7€. Most of the gold can be found in the SIM card, the motherboard and on the back of the LCD screen. Electronic waste has commonly been shipped to less developed parts of the world where the mining is carried out manually. Now the market has become so profitable that for example Apple has developed ‘Liam’, robotic units solely devoted to disassembling phones, recovering almost a ton of gold in 2015, worth around 32 million Euro.

The Dental Precious Metal Scrap industry is not very well known. Even though the use of precious metals has been decreasing in recent years, lots of restorations with metal have now reached their life expectancy and need a replacement.

Robotic Massage Chairs attempt to replicate techniques used by massage professionals through mechanical machinery. First introduced to the market in 1954 by family Fujiryoki in Japan, they promise to relieve back pain, tension and muscle aches by increasing the circulation of oxygen, stimulating the lymphatic system, releasing endorphins and softening strained muscles. Produced mainly in China and Japan, surveys suggest that around 20% of Japanese families own their own robotic massage chair. Massage therapy history dates back thousands of years to ancient cultures that believed in its medical benefits. Several ancient writings have references to some form of massage. The first known text on this subject is called “The Yellow Emperor’s Classic Book of Internal Medicine” and is from China, dating 2700 BC.

Thonet is an Austrian/German furniture manufacturer founded in 1819. Thonet gained fame due to their design of bentwood furniture, for which they developed the first industrial-scale production. Their most famous model is chair number 14, also known as the Viennese Coffee House Chair - the 19th century clientele was fascinated with the reduced aesthetics, made possible by newly developed techniques to bend massive and rigid wood into organic shapes. The elegantly curved chairs were described as ‘sculptural’ and fascinated architects such as Le Corbusier or Otto Wagner. Several Thonet models went down as icons in design history.

Curvaceous is, according to the Urban Dictionary, a term commonly used to describe a well-formed female figure with a voluptuous body, typically weighing between 50-75kg, usually with broad hips and ample buttocks. The term is especially popular in hip-hop culture, used to categorize men’s preferences in women.

Coco Fesse also known as coco de mer, love nut or double coconut belongs to an endangered species of palm trees found in the Seychelles. The mature fruit is 40-50cm in diameter, weighs 15-30kg and contains the largest seed in the plant kingdom. It used to be an important trade item and European nobles in the 16th century would have the nuts polished and decorated with valuable jewels. Its suggestive form resembling female buttocks on one side and belly and thighs on the other, has made it a sought after collectible. It is also the source of many legends and allegedly an aphrodisiac, resulting in illegal harvesting further reducing its own fertility. Their exploitation continues until today, mostly due to tourism, transforming the, literally and figuratively speaking, bearer of fertility into a mere depiction of itself.