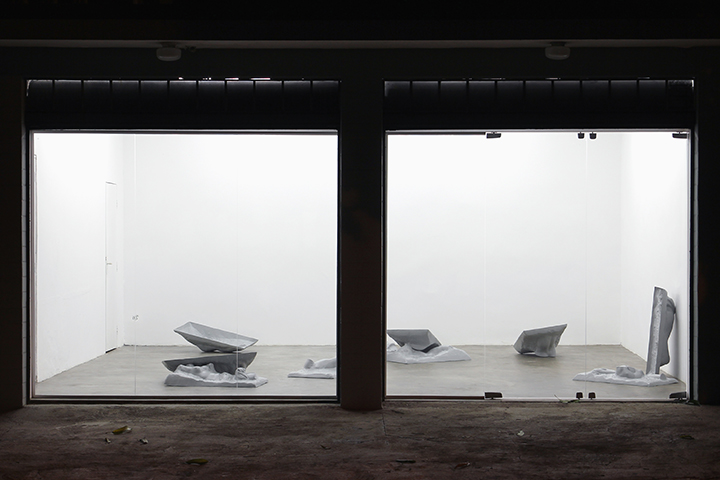 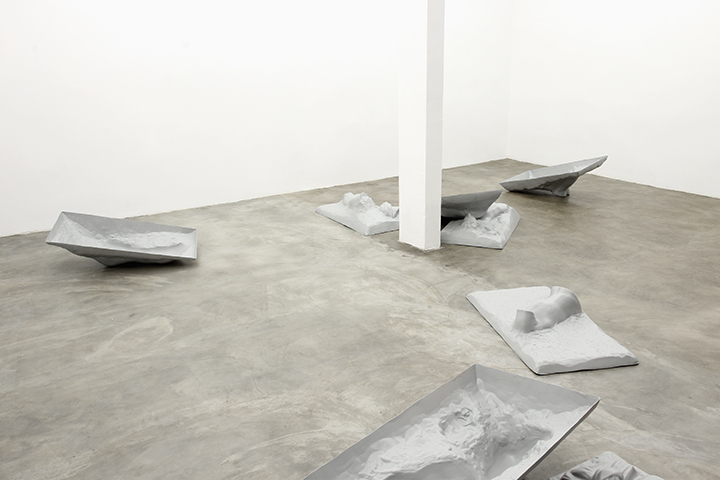 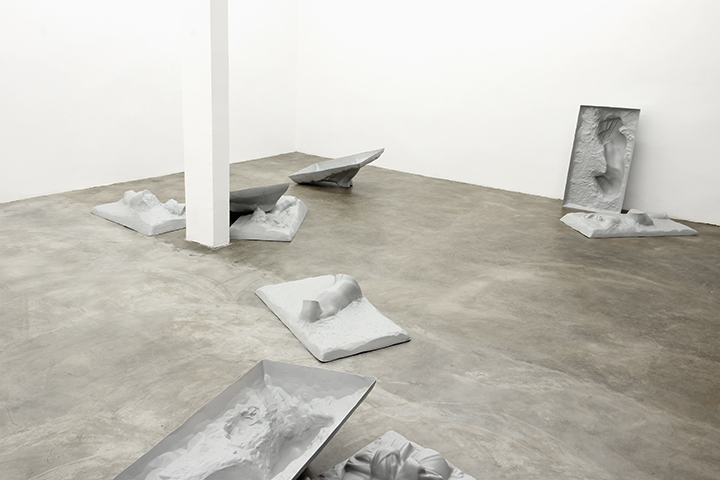 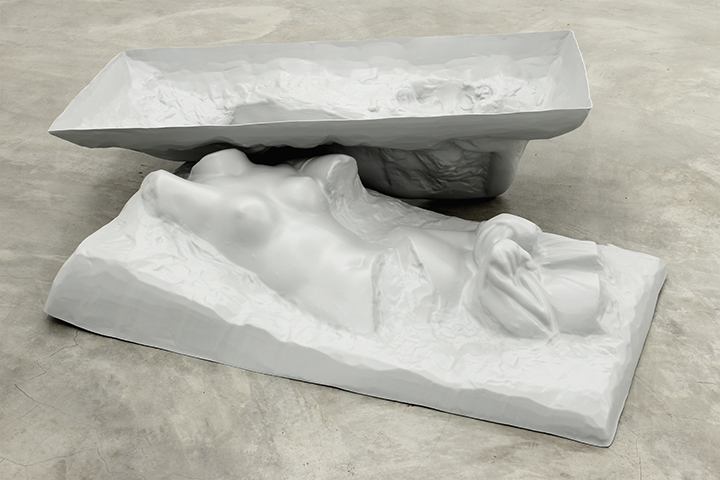 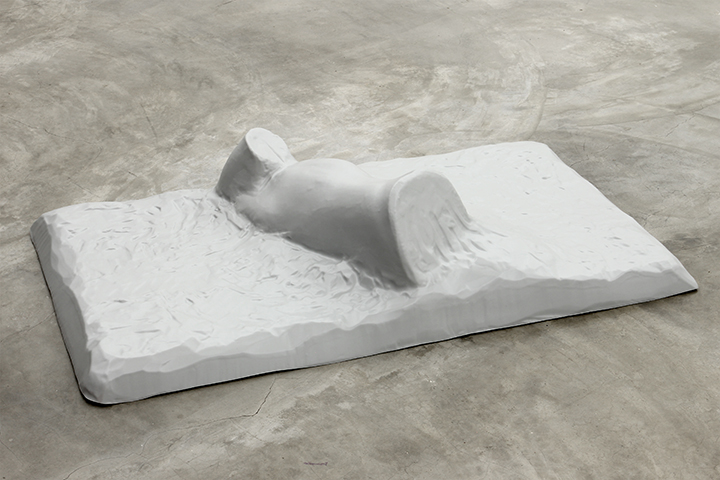 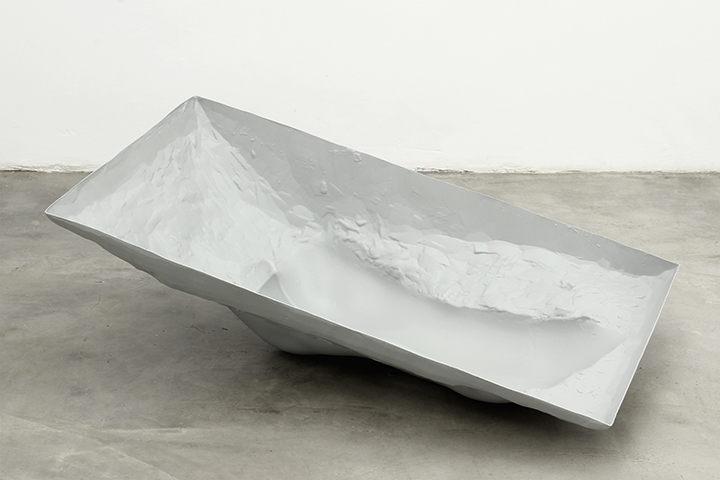 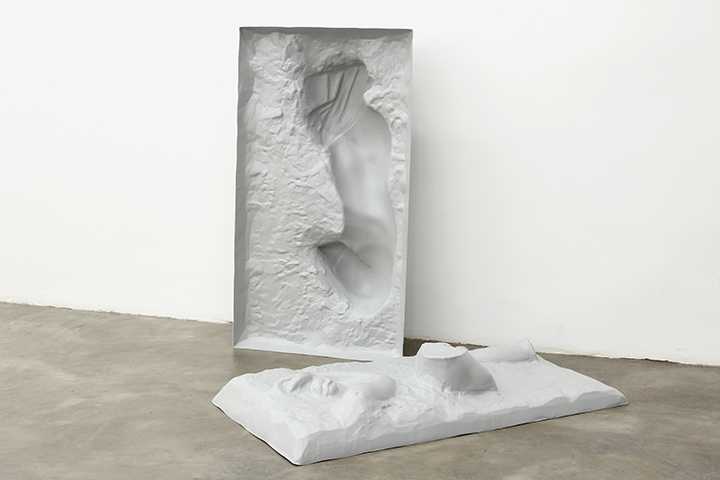 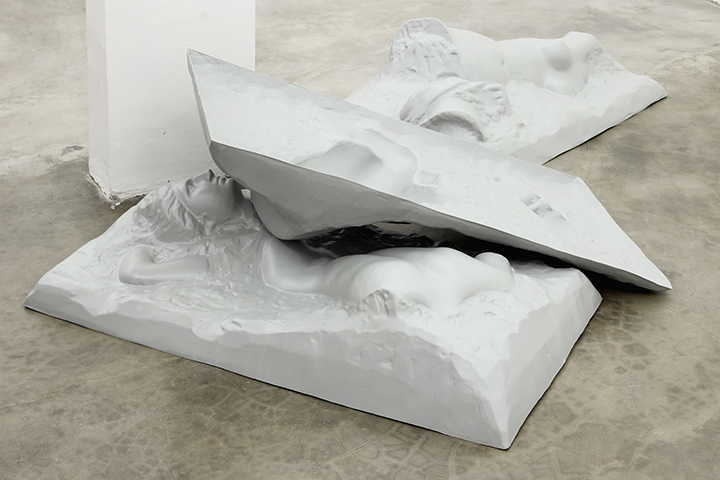 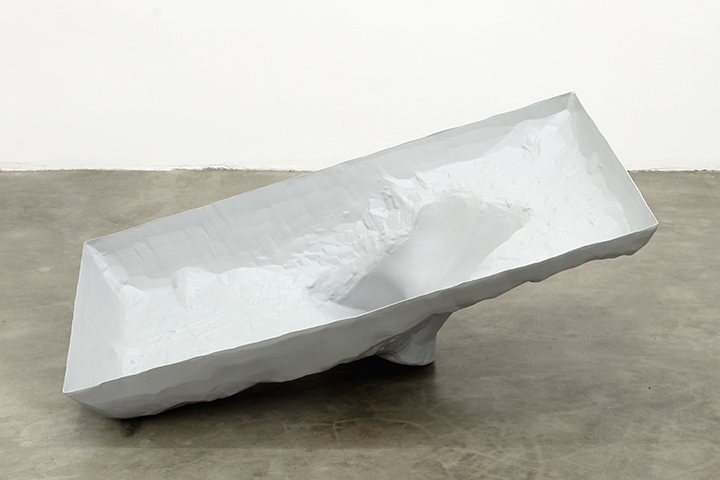 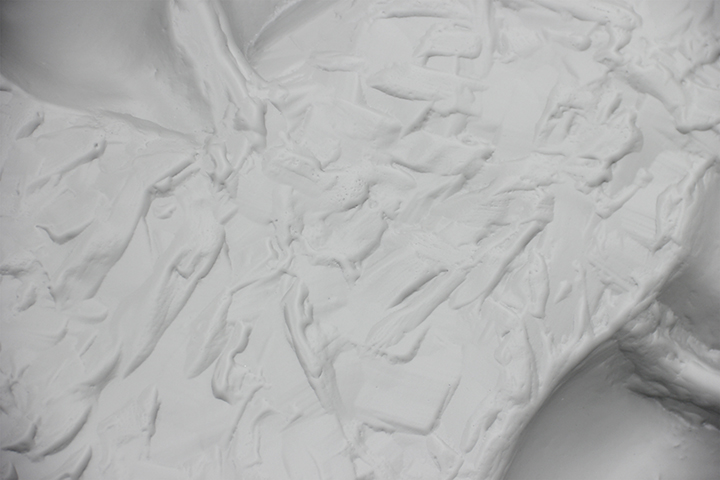 KUNSTHALLE São Paulo invites Danish artist Jacob Dahl Jürgensen (*1975, Copenhagen) to present «STUCCO», his first solo show in Brazil. Working conceptually with sculpture and various forms of printing methods, the artist is especially concerned with the idea of the copy and uses 3D printing, plaster casting, photocopying, silk screen and digital printing, amongst other mediums. His practice seeks to address the shift from analogue to digital culture and to reflect upon how the technological development – and its driving force, capitalist logic – challenges the way we think about meaning and value.
Departing from fragments of marble statues, which are degraded copies of classical greek and roman sculptures, commonly used in kitsch garden decoration, the artist produced a series of models that suggest parts of female and male bodies. Using vacuum forming these models were then used to make 10 hollow plastic sculptures.

Jürgensen is interested in working with vacuum formed plastic, due to its volume and 3D character, despite of being actually just a very thin layer. Although it suggests the presence of a body, it is just a surface, hollow and empty, resembling the qualities of an image. Then, the title of the exhibition, «STUCCO», referring directly to the plaster layer that is applied to a wall in order to hide something; a surface, just like the plastic.

It is through this very emptiness and superficial character that Jürgensen critically address our contemporary society, dominated by the idea of appearance and beauty. Referring to the classical presentation of the body as an ideal, the artist points to our obsession with the perfect body. And being copied so many times, these sculptures became completely generic to our eyes, to the point that we do not relate to their meaning anymore. They are just part of the amount of image reproductions to which we are constantly exposed.

The sculptures are presented at KUNSTHALLE São Paulo’s exhibition space, resembling a ruin of something that was abruptly destroyed, just like Pompei in former times. The installation can be read as a possible archeological excavation site, in which future civilizations would discover our contemporary emptiness and superficial social values.
​Curated by Marina Coelho
​