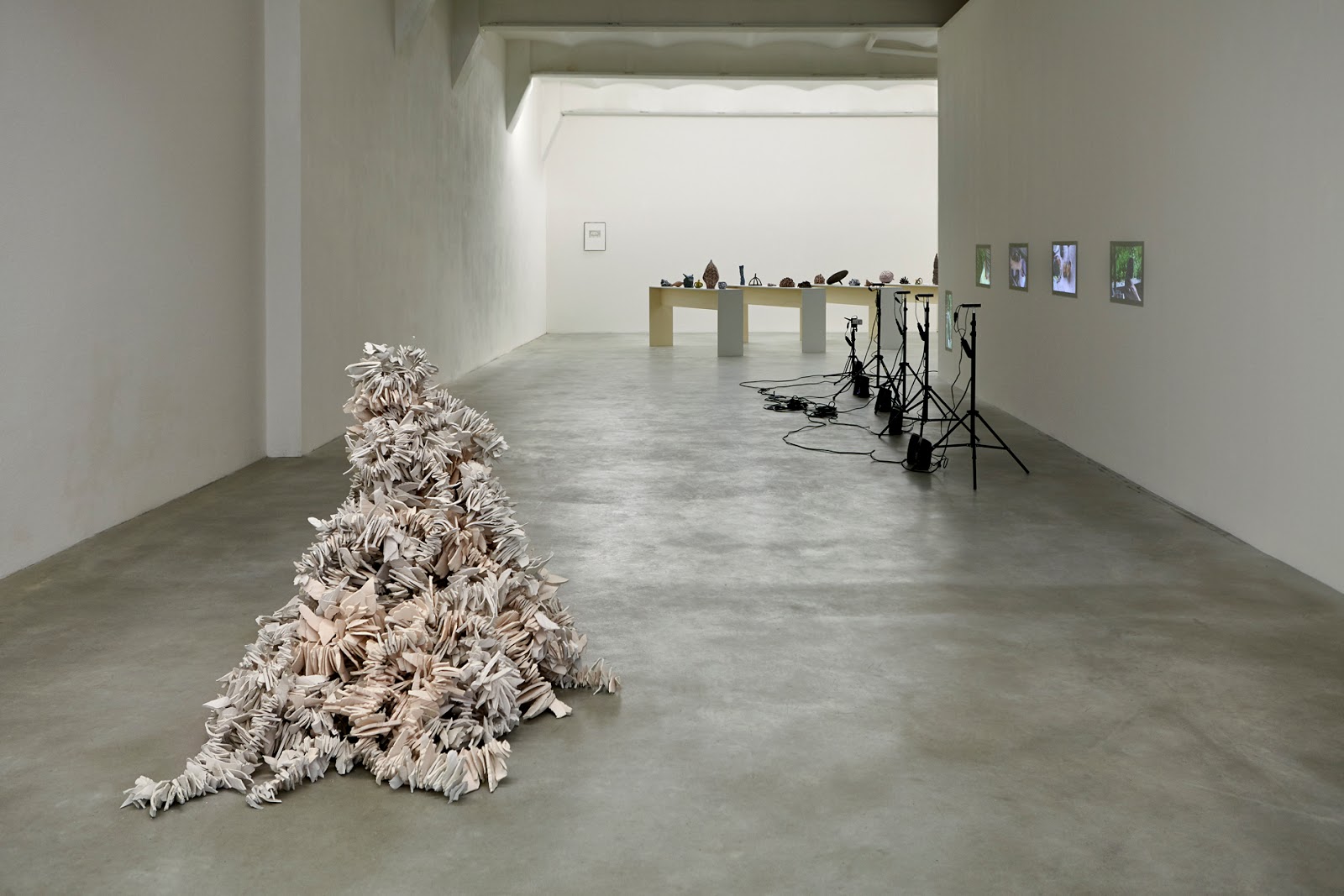 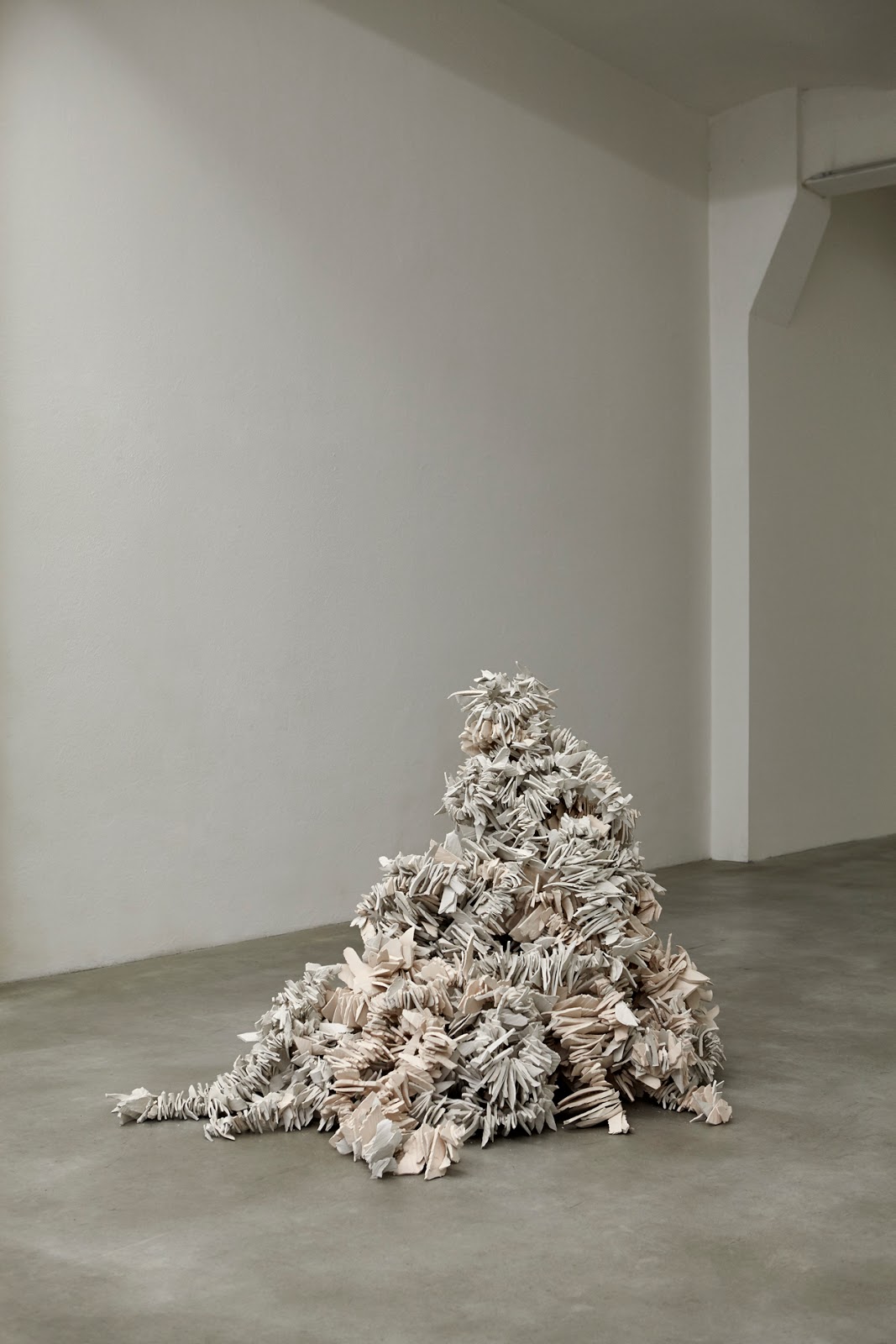 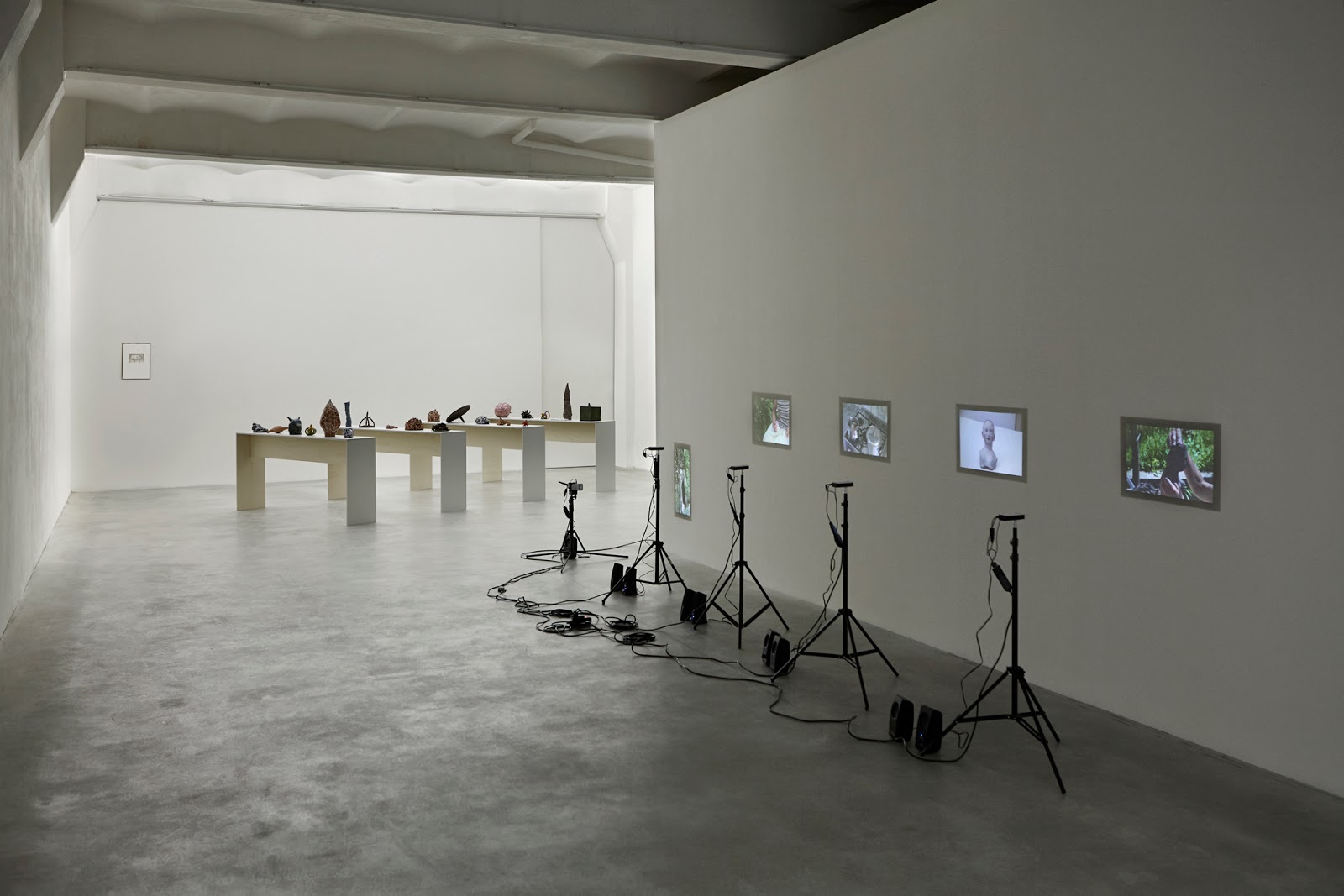 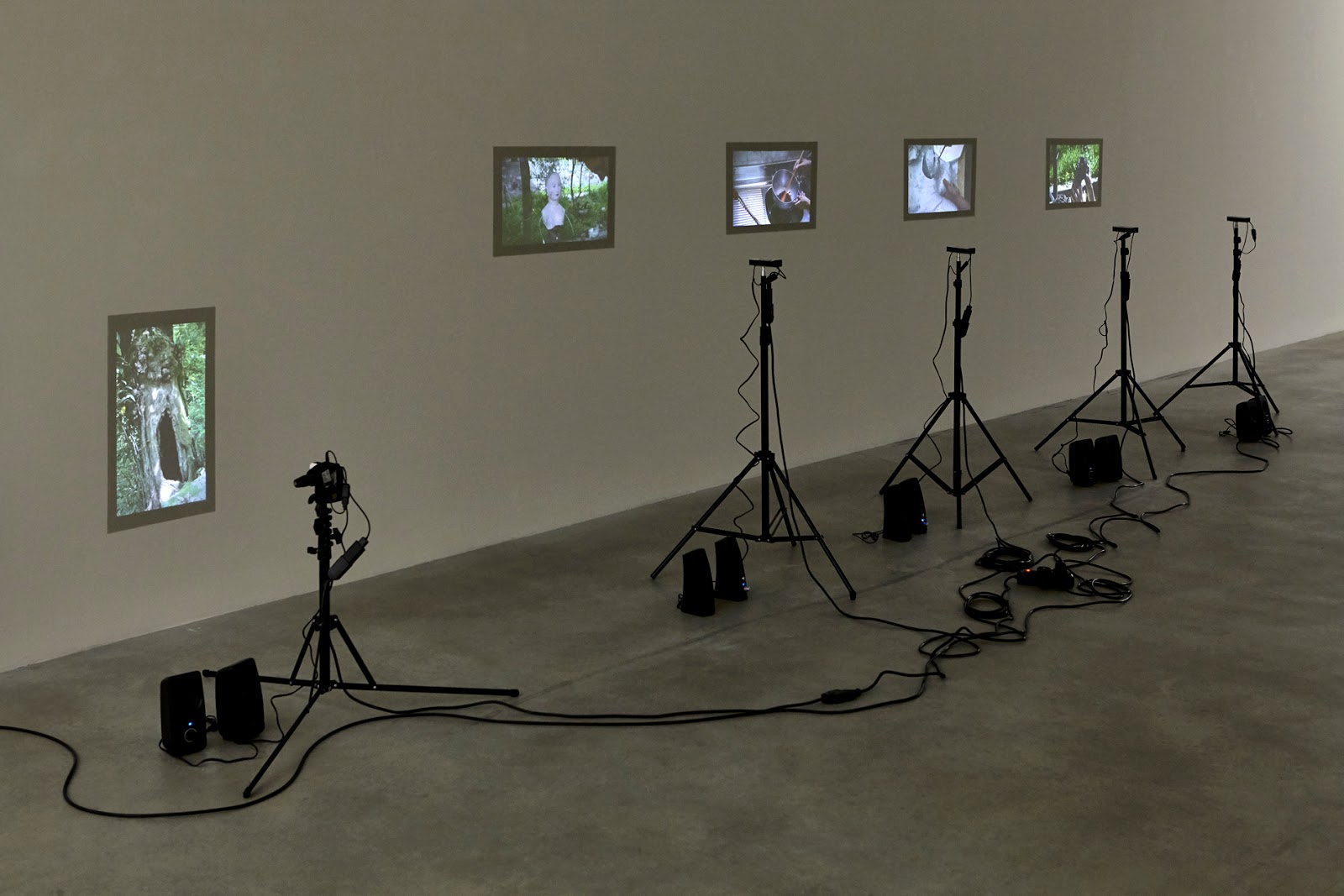 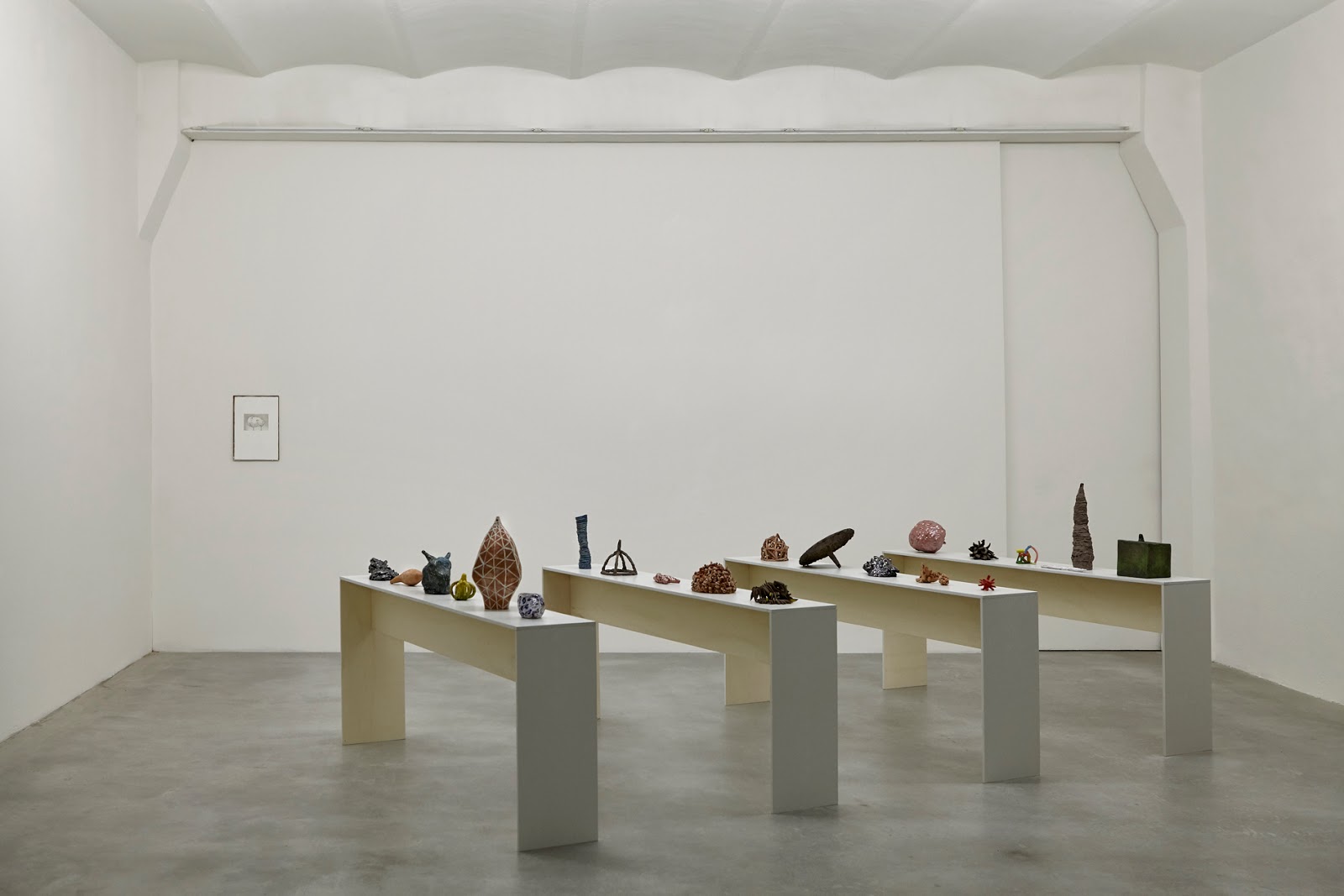 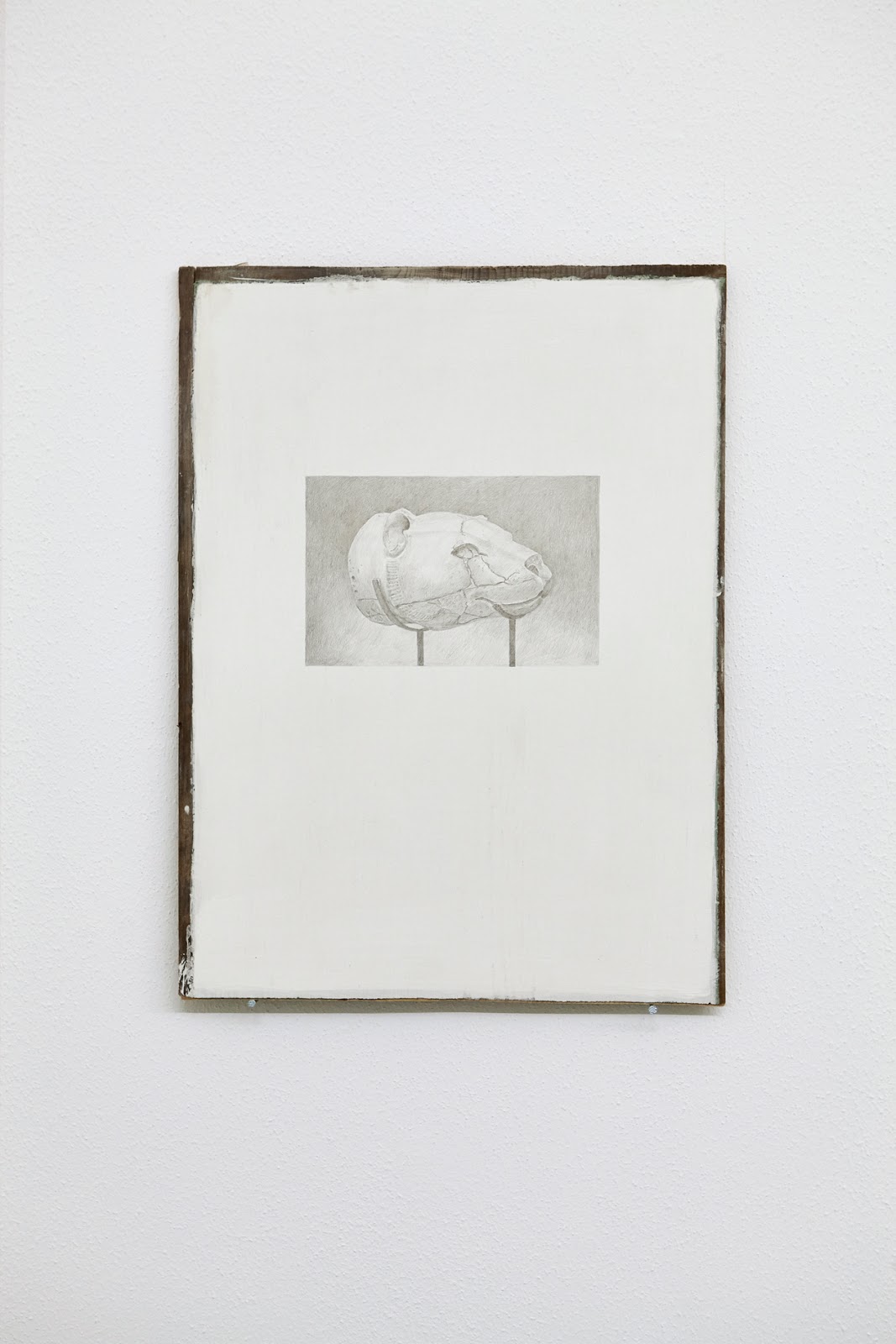 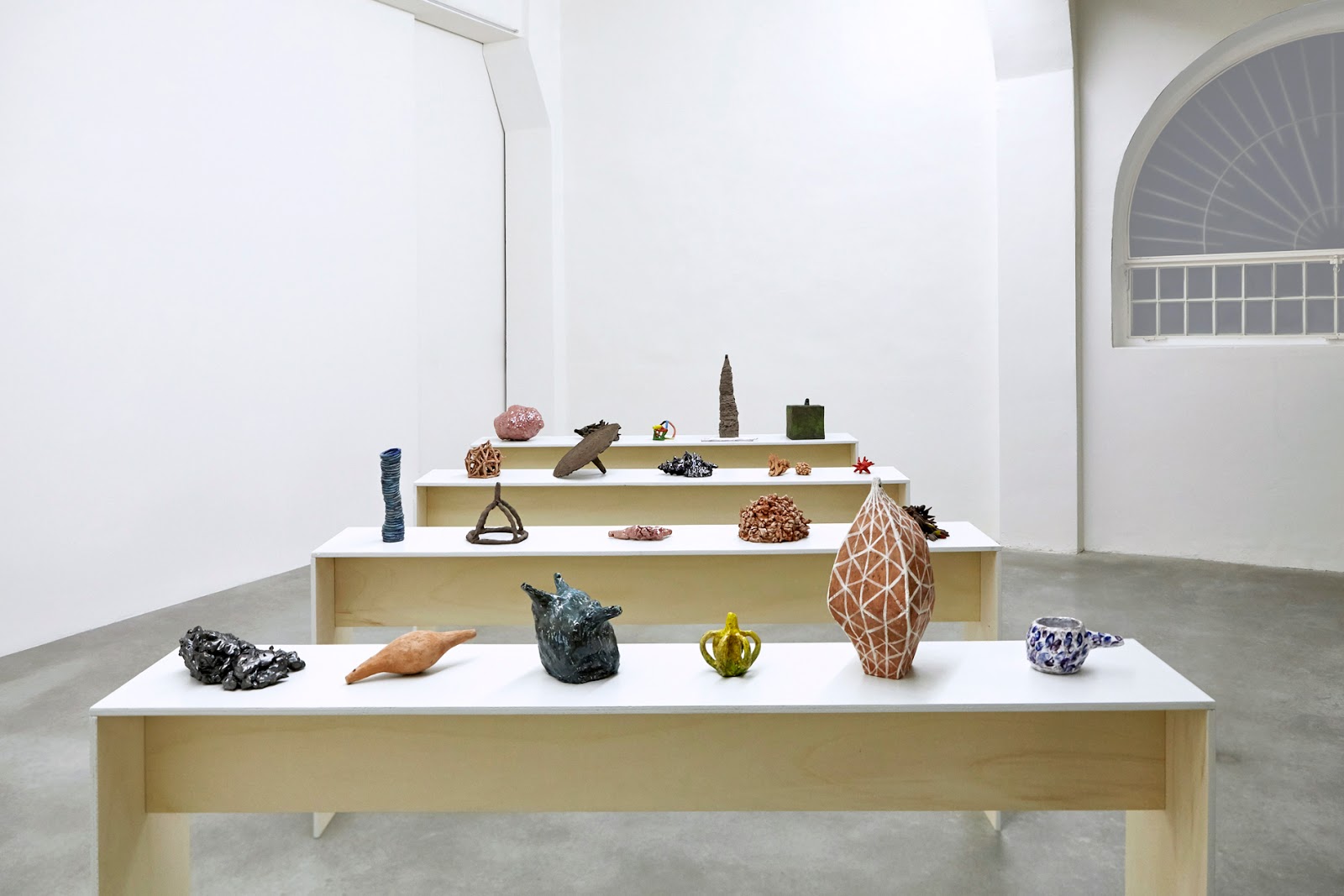 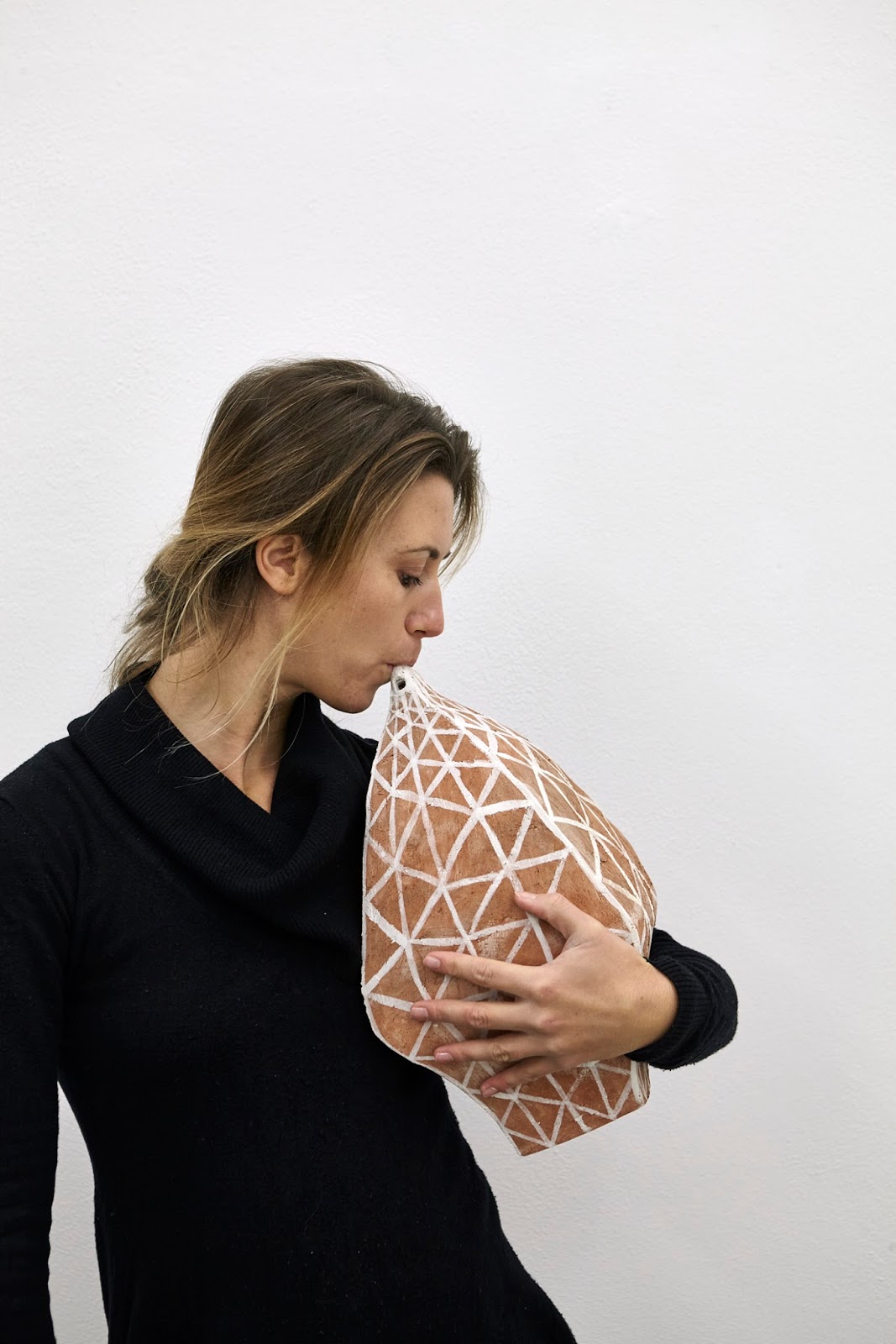 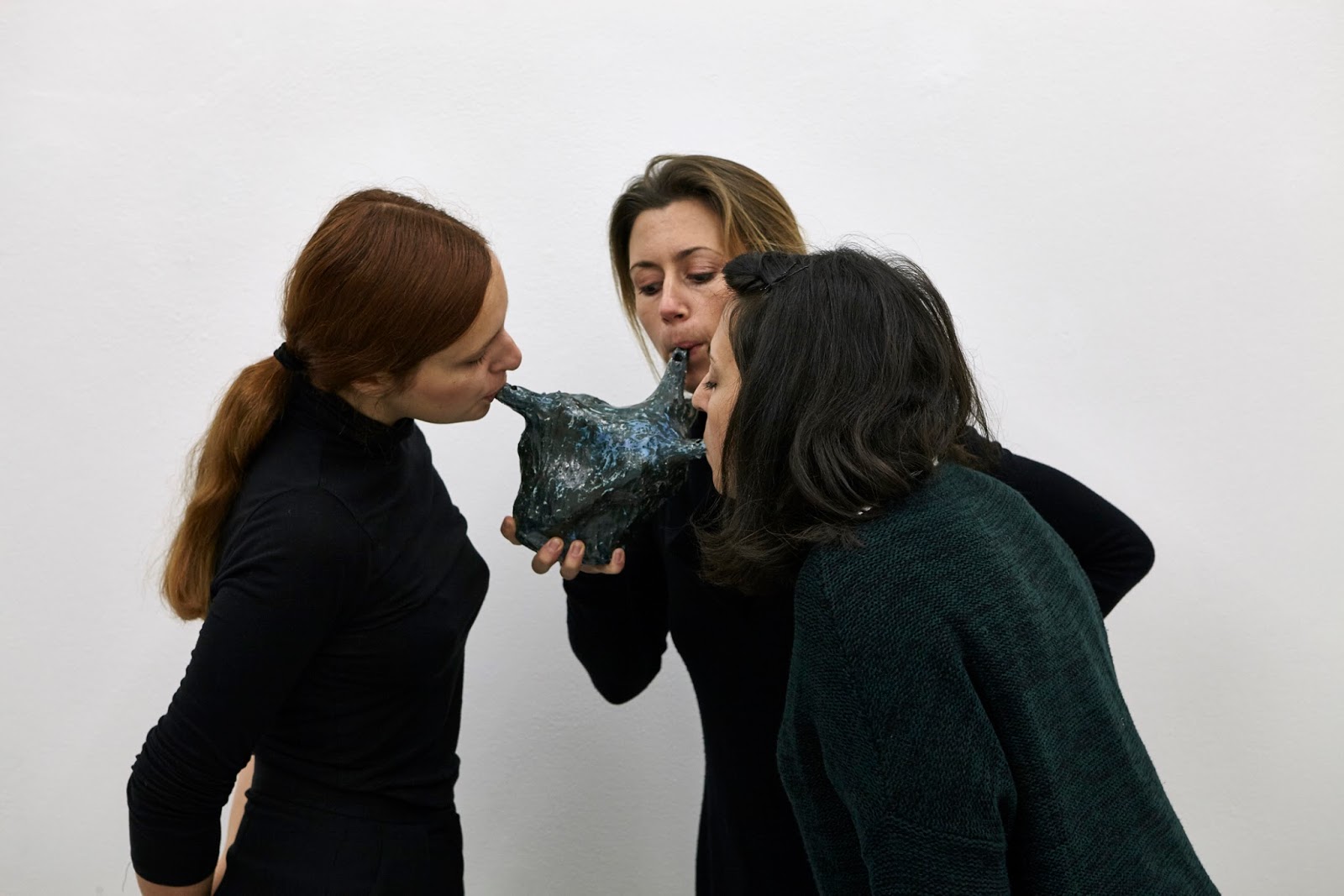 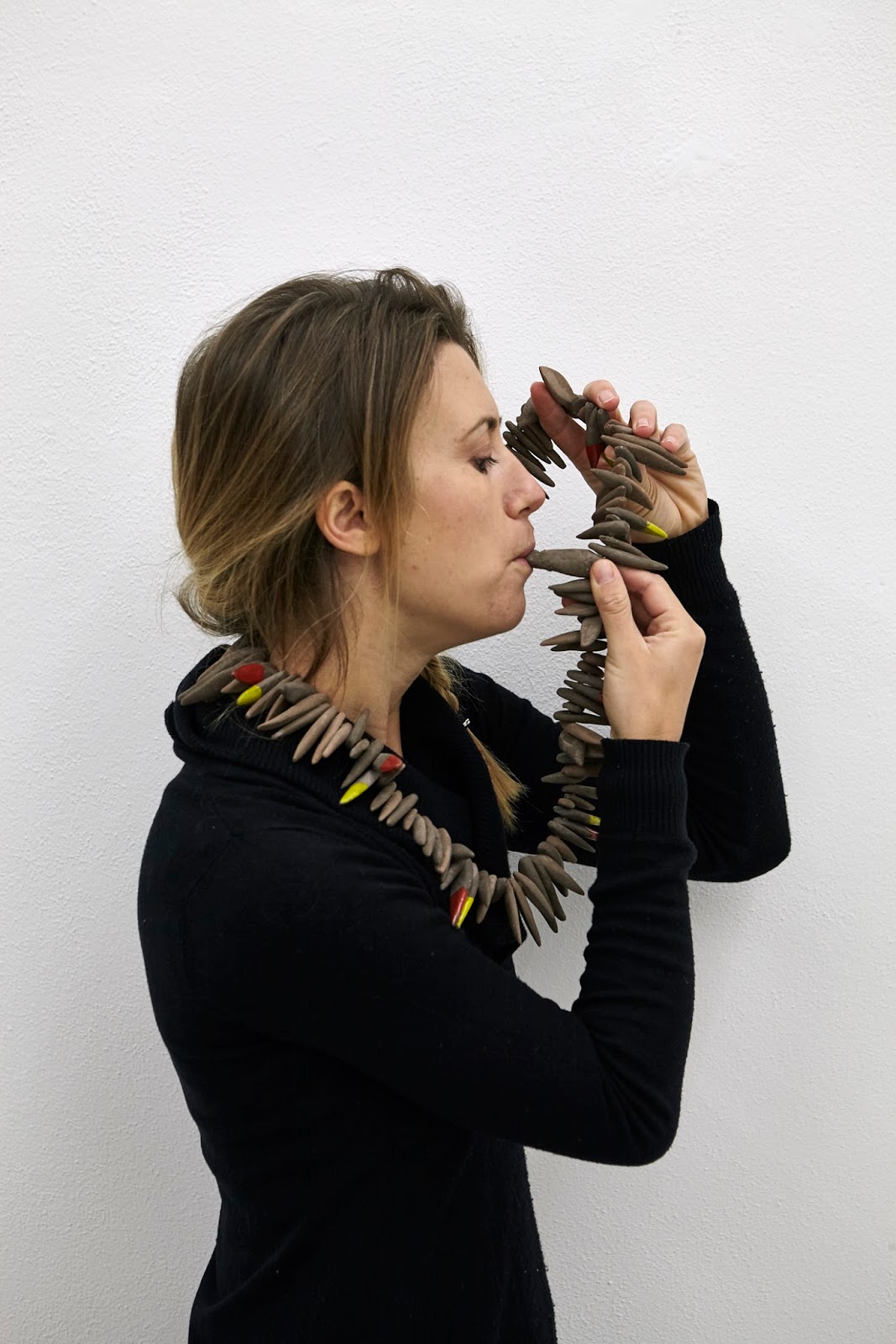 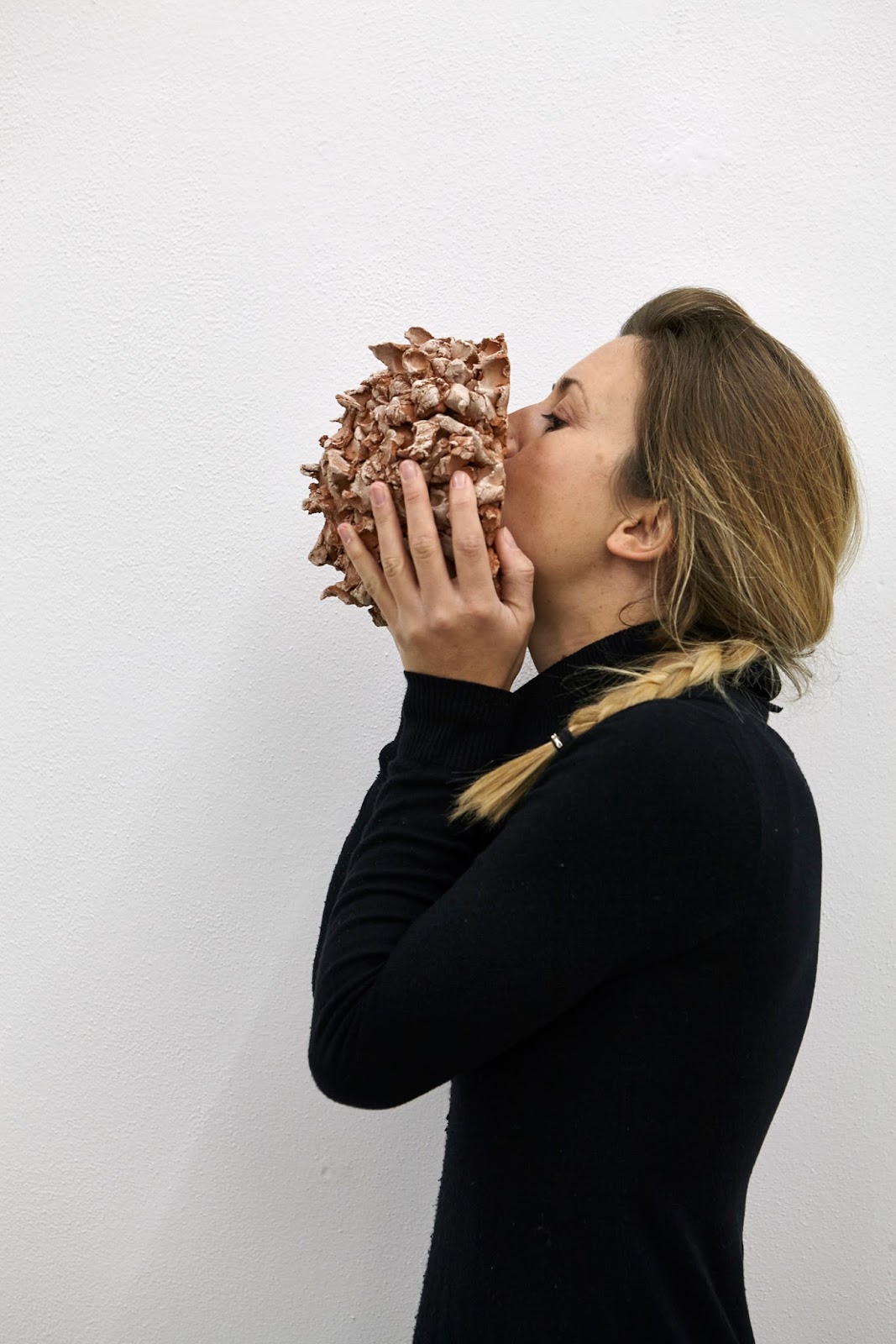 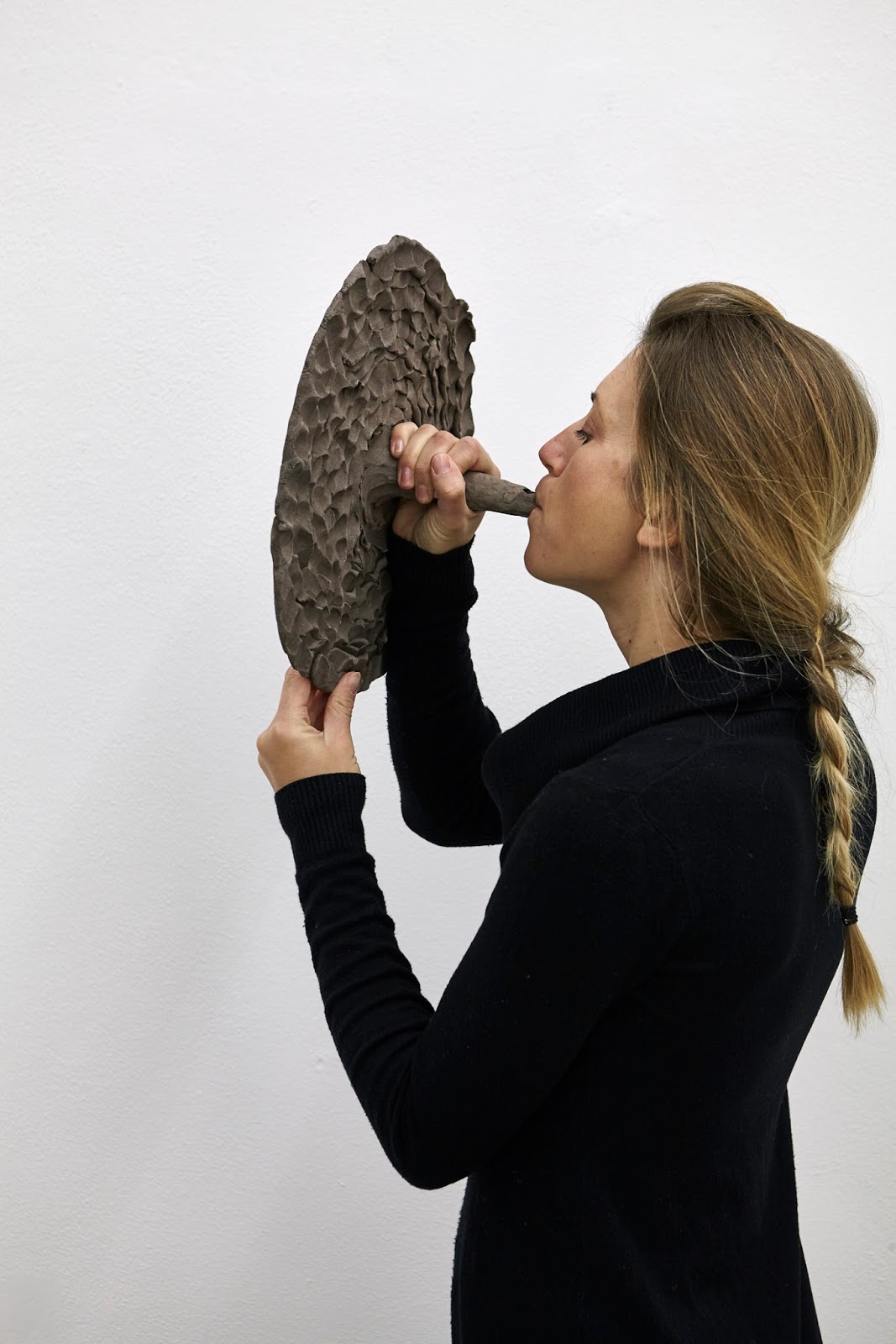 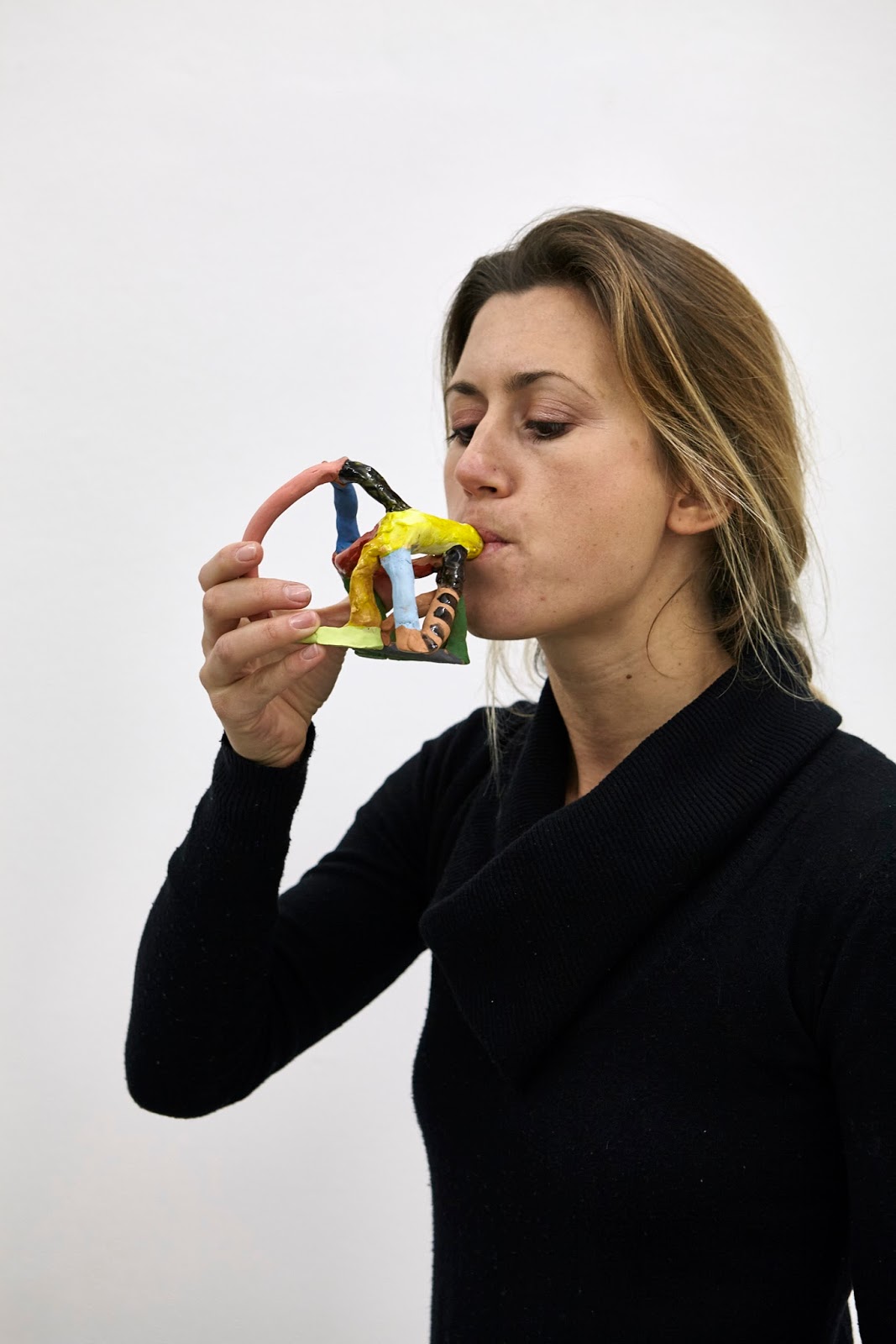 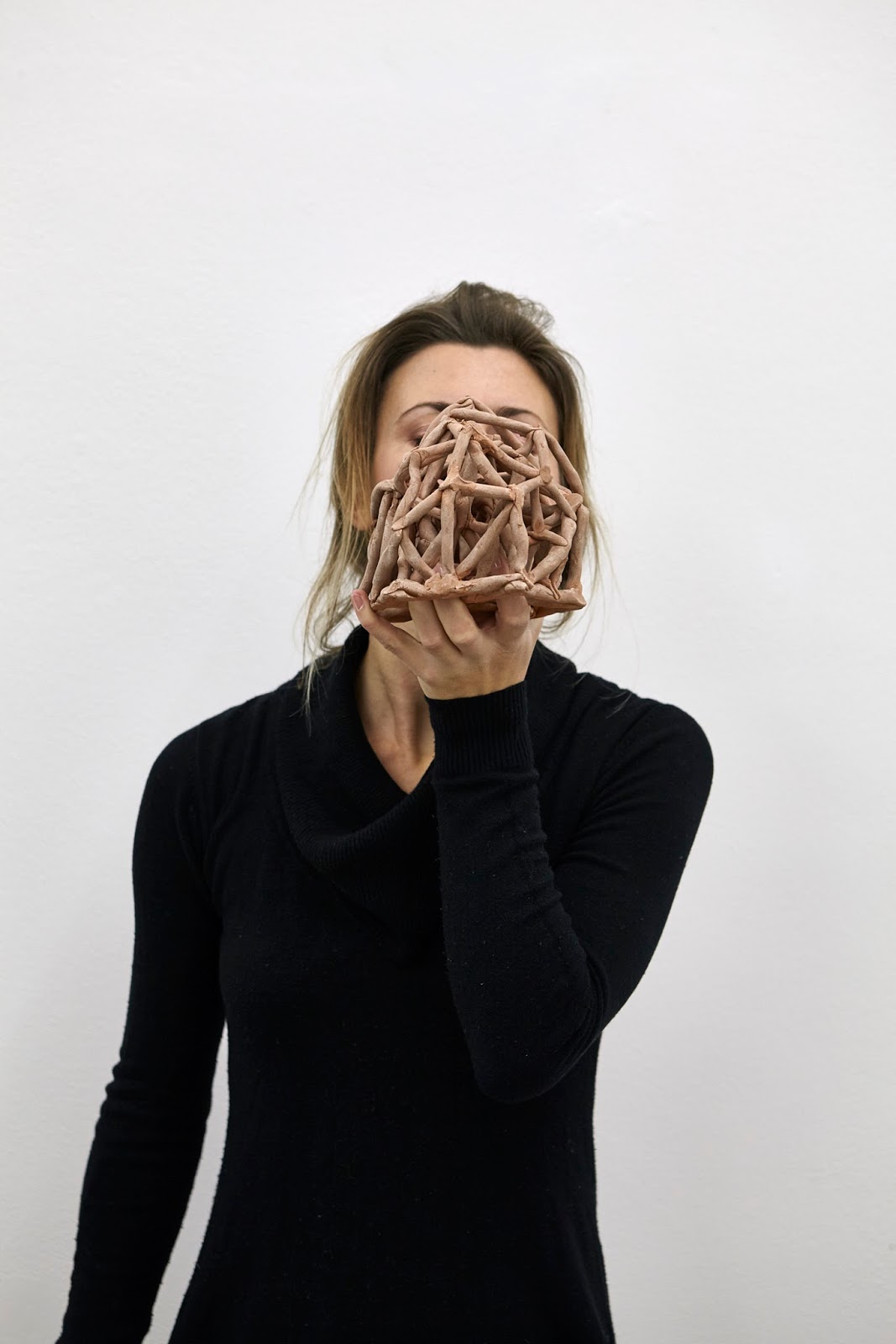 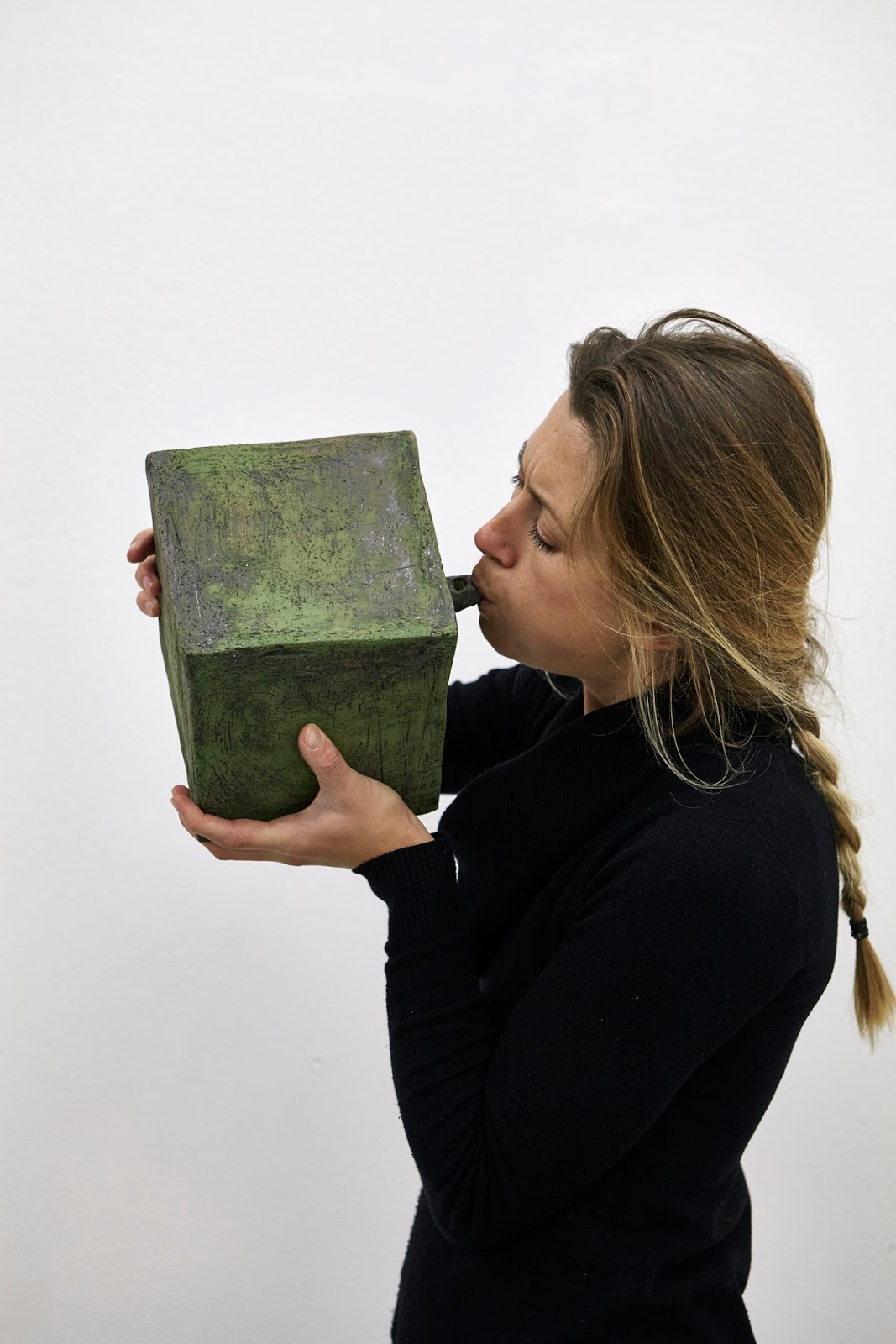 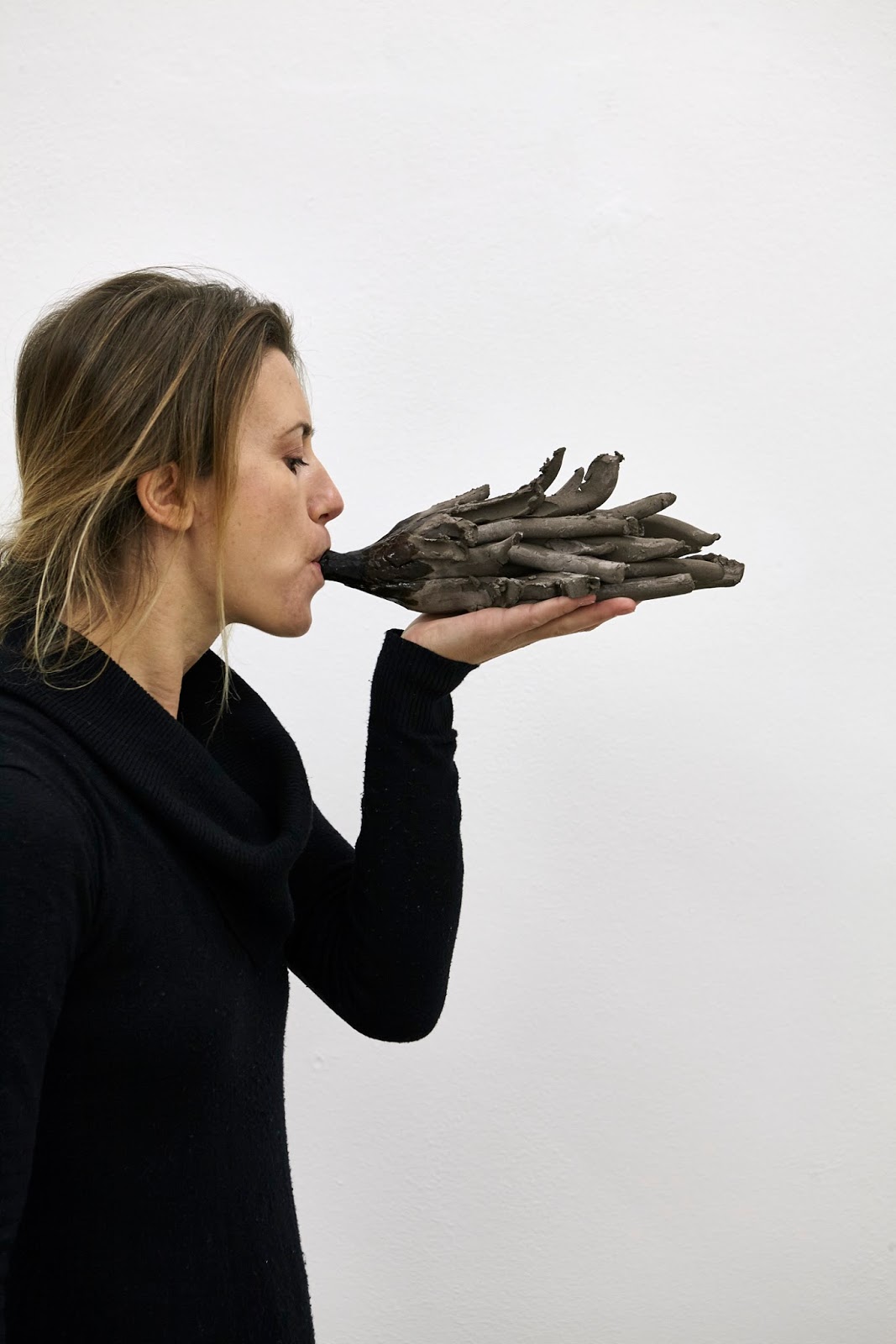 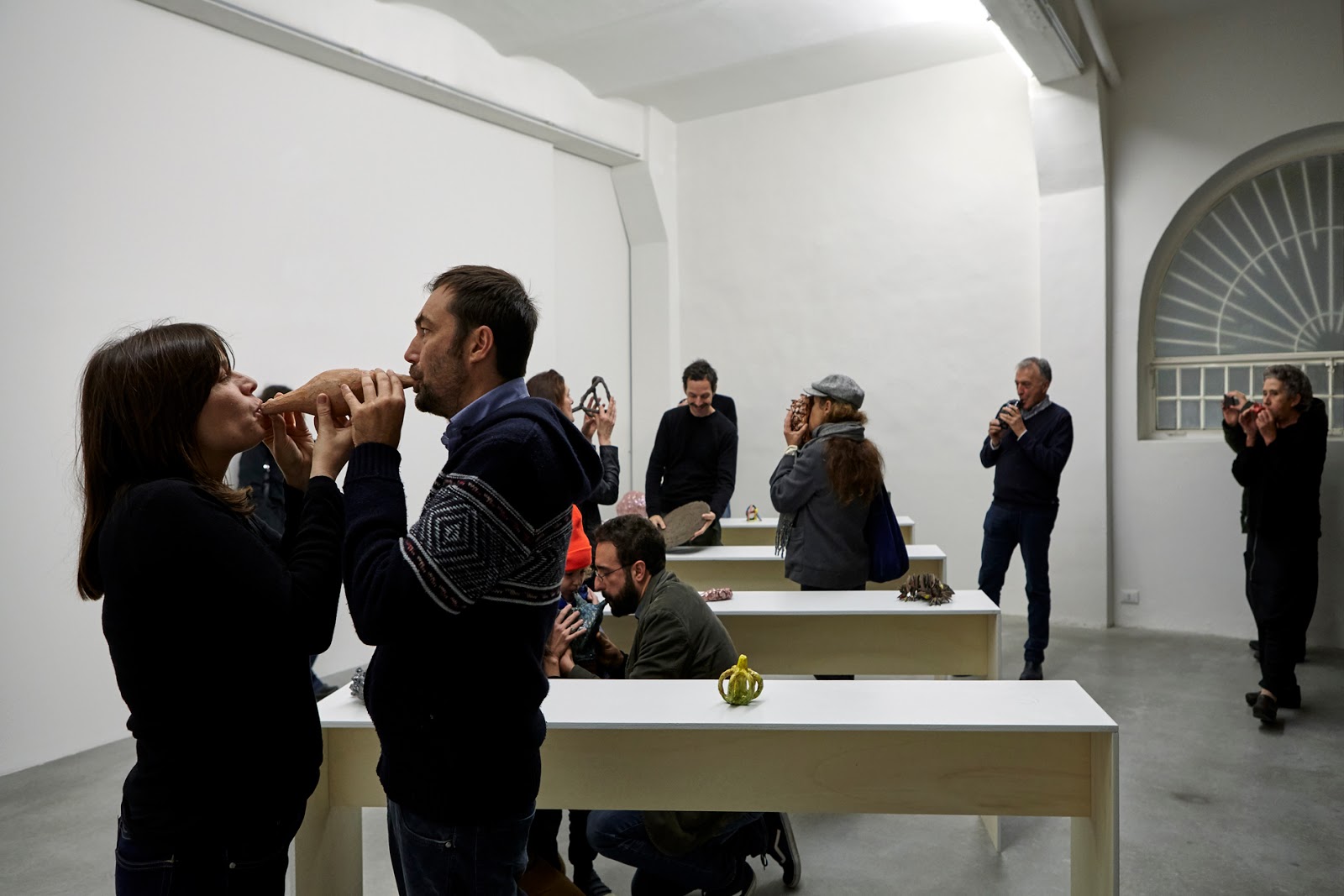 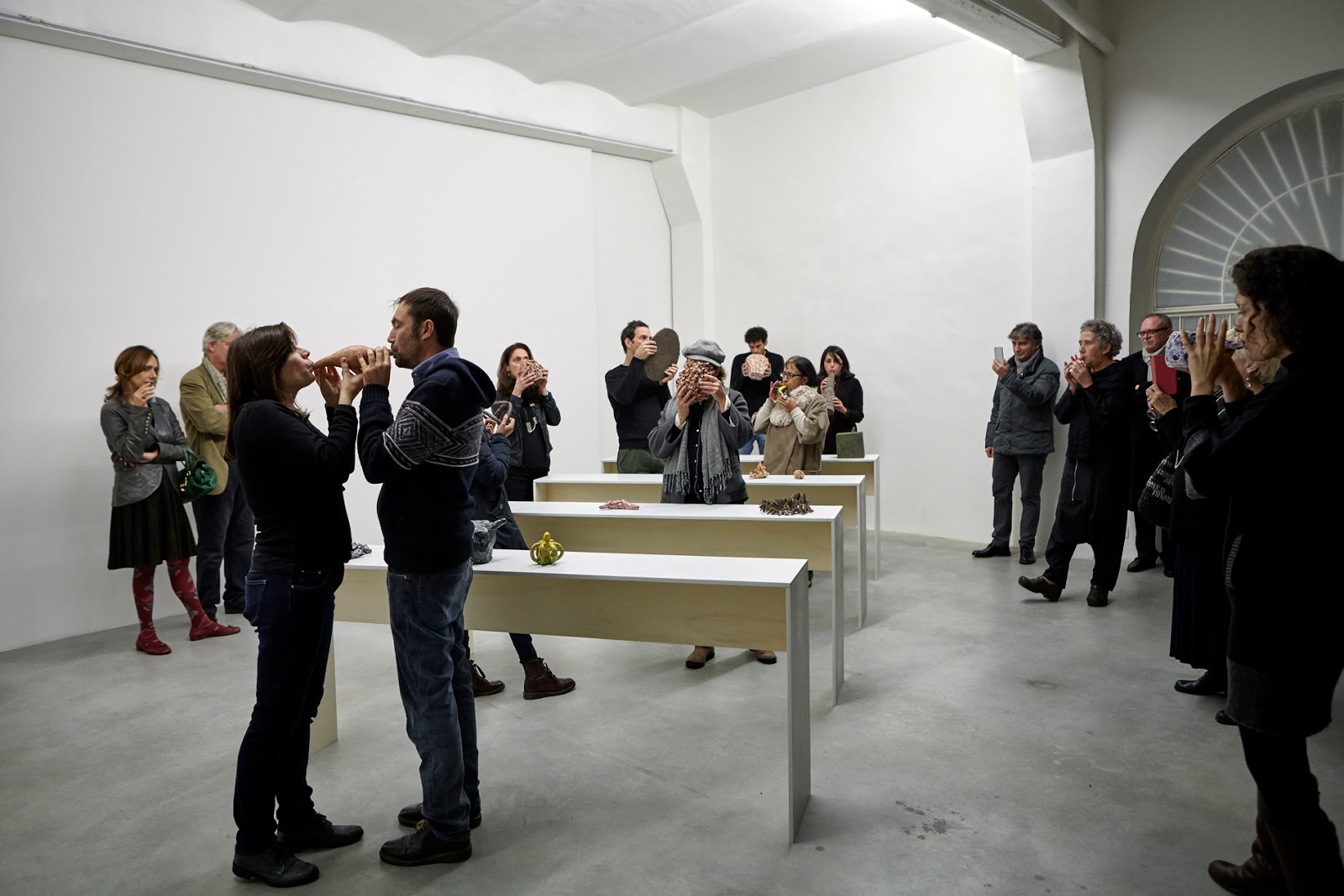 Step out the door early in the morning.
Head to the chosen place with container
and trowel in hand.
Dig a little into the soil; take away some.
At home, sift out bits of stone, plant,
everything but soil.
Add water if necessary.
Knead it with your hands until you reach
the right consistency.
It must be soft, not sticky.
Now that you have a clump of soil, you can continue.
Model the body.
Add 4 legs.
The neck and the head.
The ears.
Use the point of a pencil to punch eyes into the snout.
Add a tail.
It can stand straight up or hang down.
Even wag.

Chiara Camoni spies on the relationship that a work of art maintains with reality. The works in this show also relate what happens before them and what happens after, the creative process, and the story that ensues.
Before and after: two areas not usulally considered a part of the work – complete as it is in itself – but which seem to emerge continually with irony and apprehension in the art of Chiara Camoni.
In the video installation A story we are shown the steps in the creation of a sculpture not featured in the show. The technical steps and craftsmanship are overlapped by the sounds and thoughts of daily life providing a continuous bass line in the background. Things head in the direction of the work of art, but also towards a reflection on existence.
The sculptures-whistles clearly express ambiguity, assuming their positions on their stands as all sculptures do while requesting to be taken in hand and played at the same time. Their presence in space is enacted in the moment some person enters into relationship with them, takes the position required by their form, blows air inside, and produces a sound.
In the agglomeration Senza Titolo the great abstract mother figure, we see only one of its possible forms. A creature that is both soft and piercing at the same time, it can change continually; studying the pattern of its spirals allows us to follow the narration of one of its many  stories.
And the story, as we know, always comes later, after the night has come to an end.