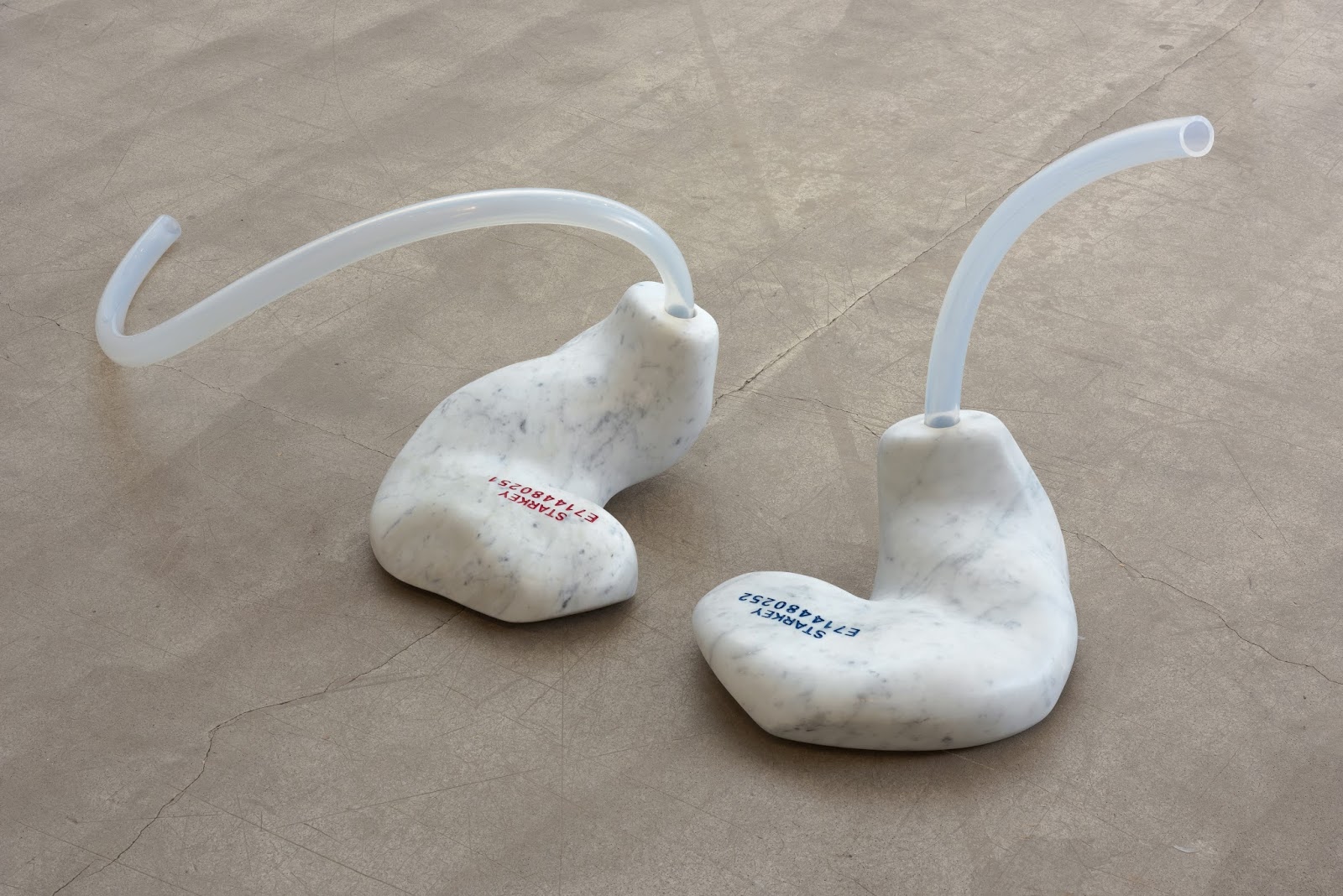 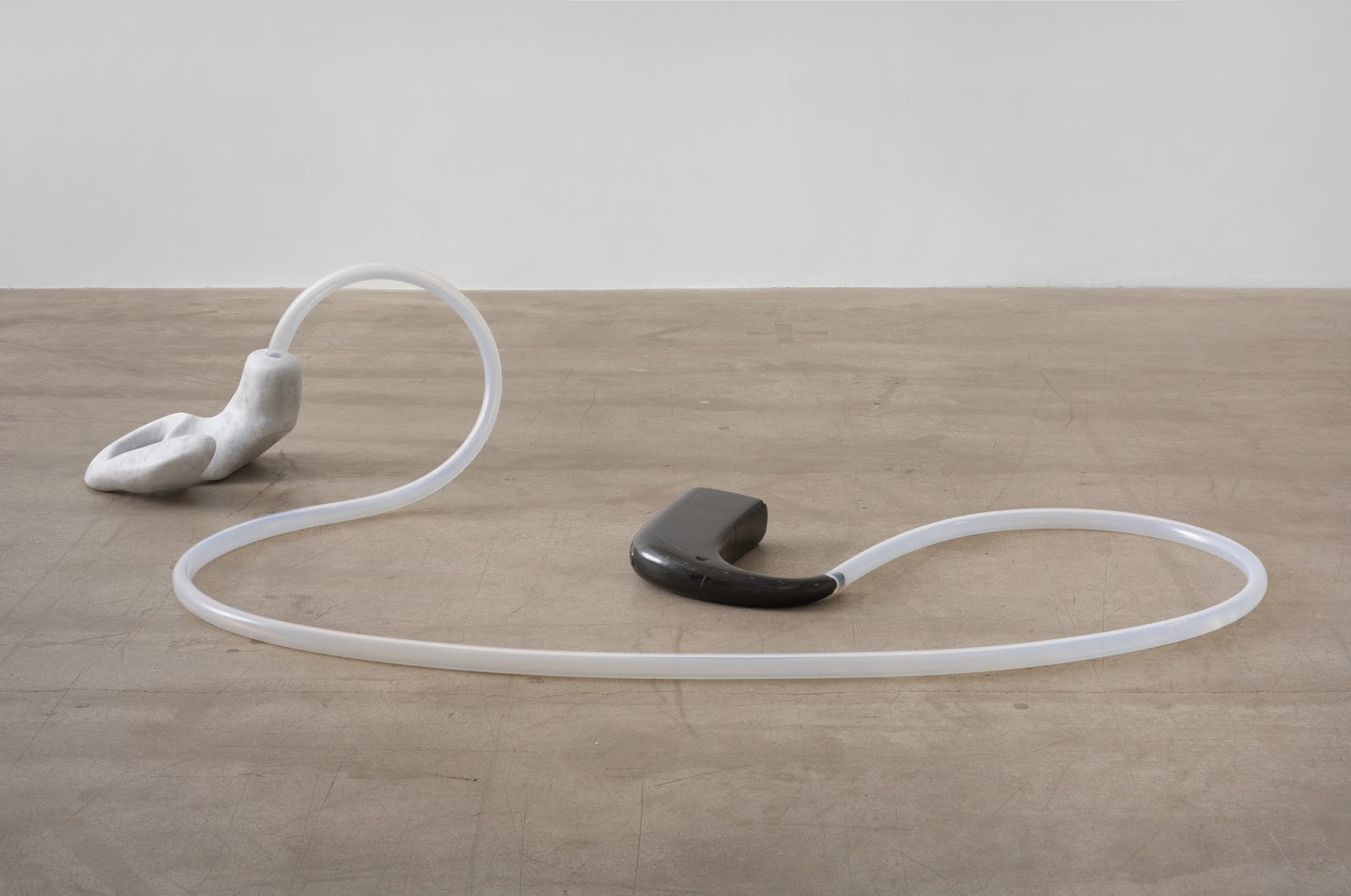 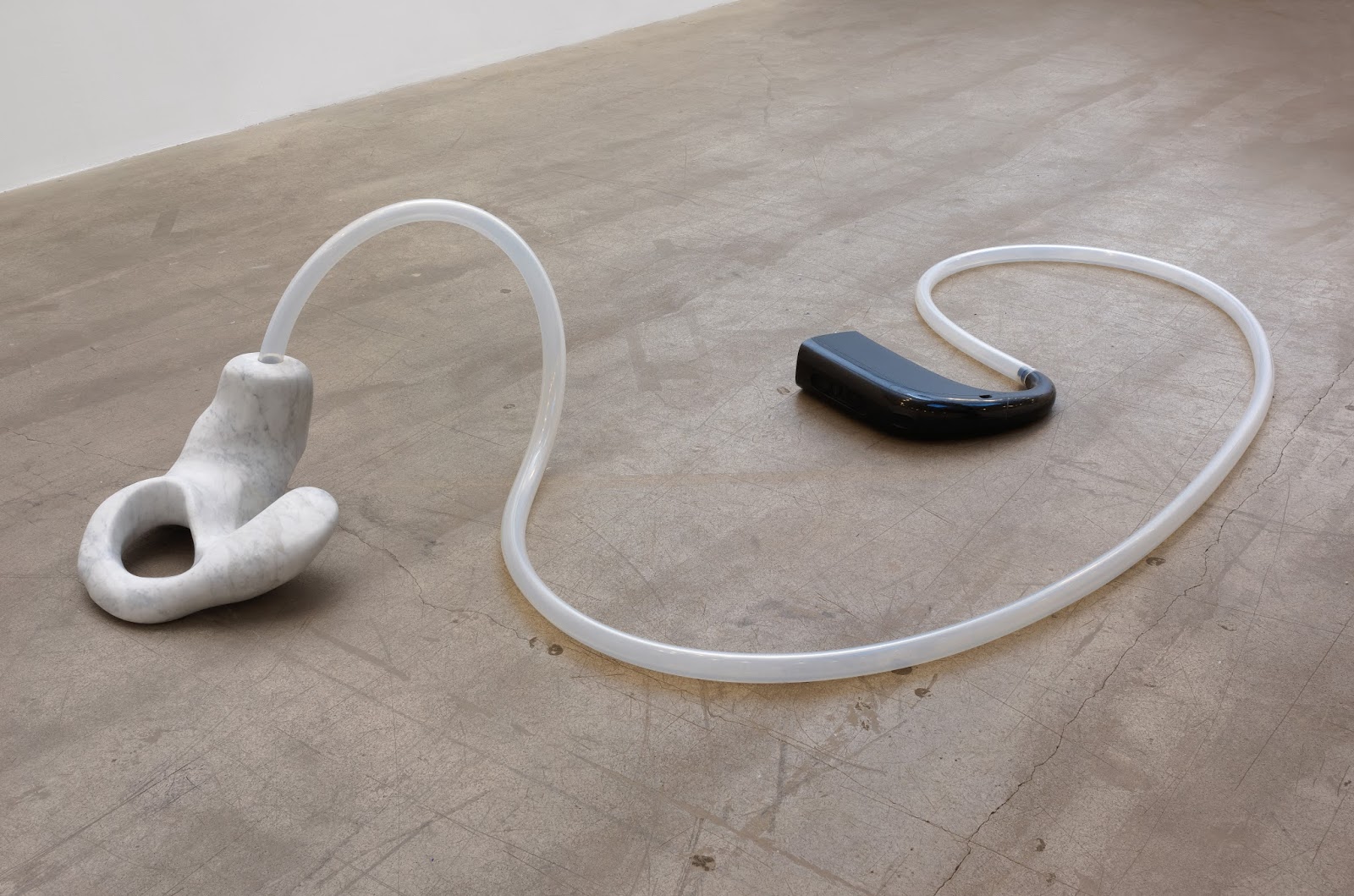 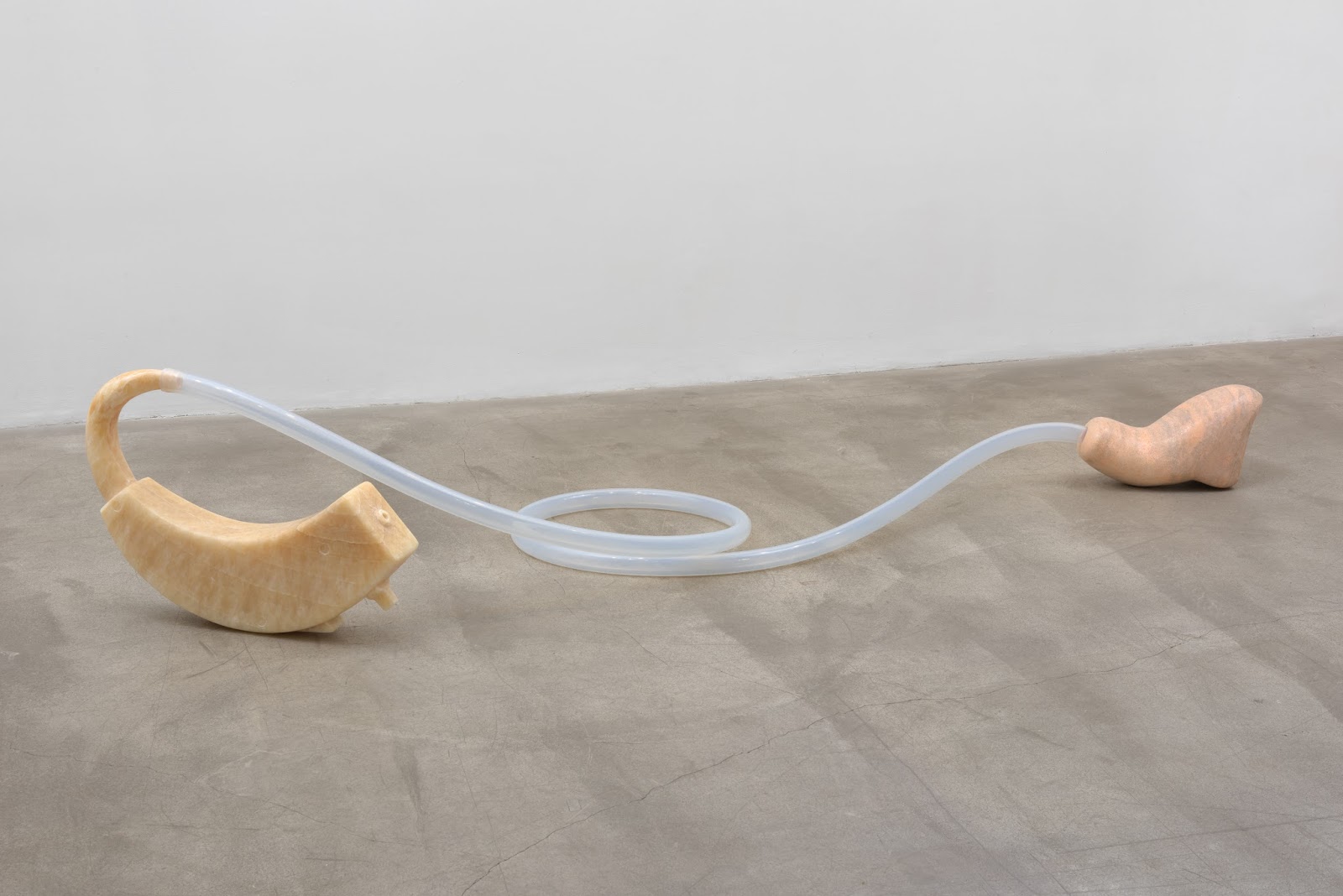 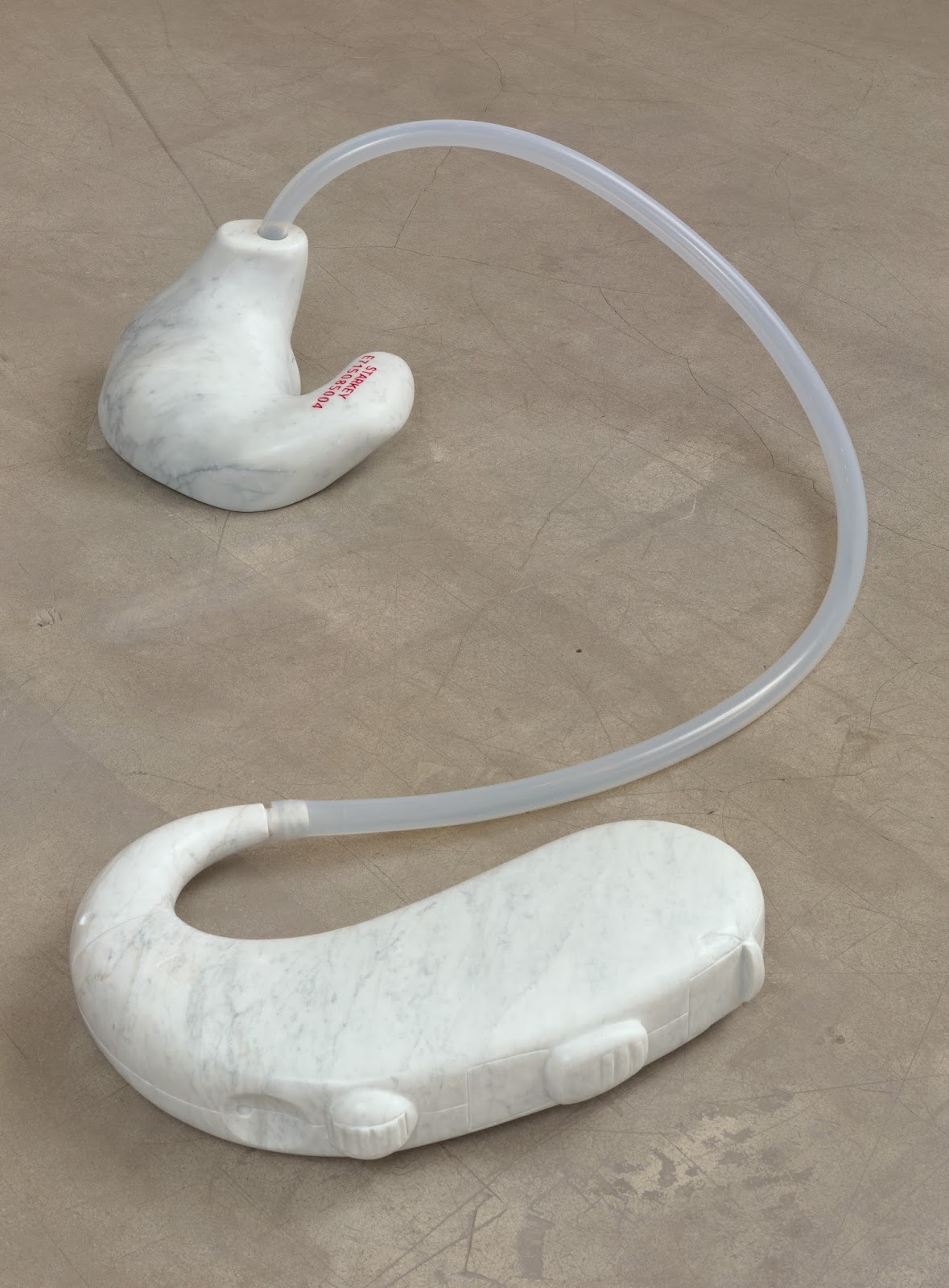 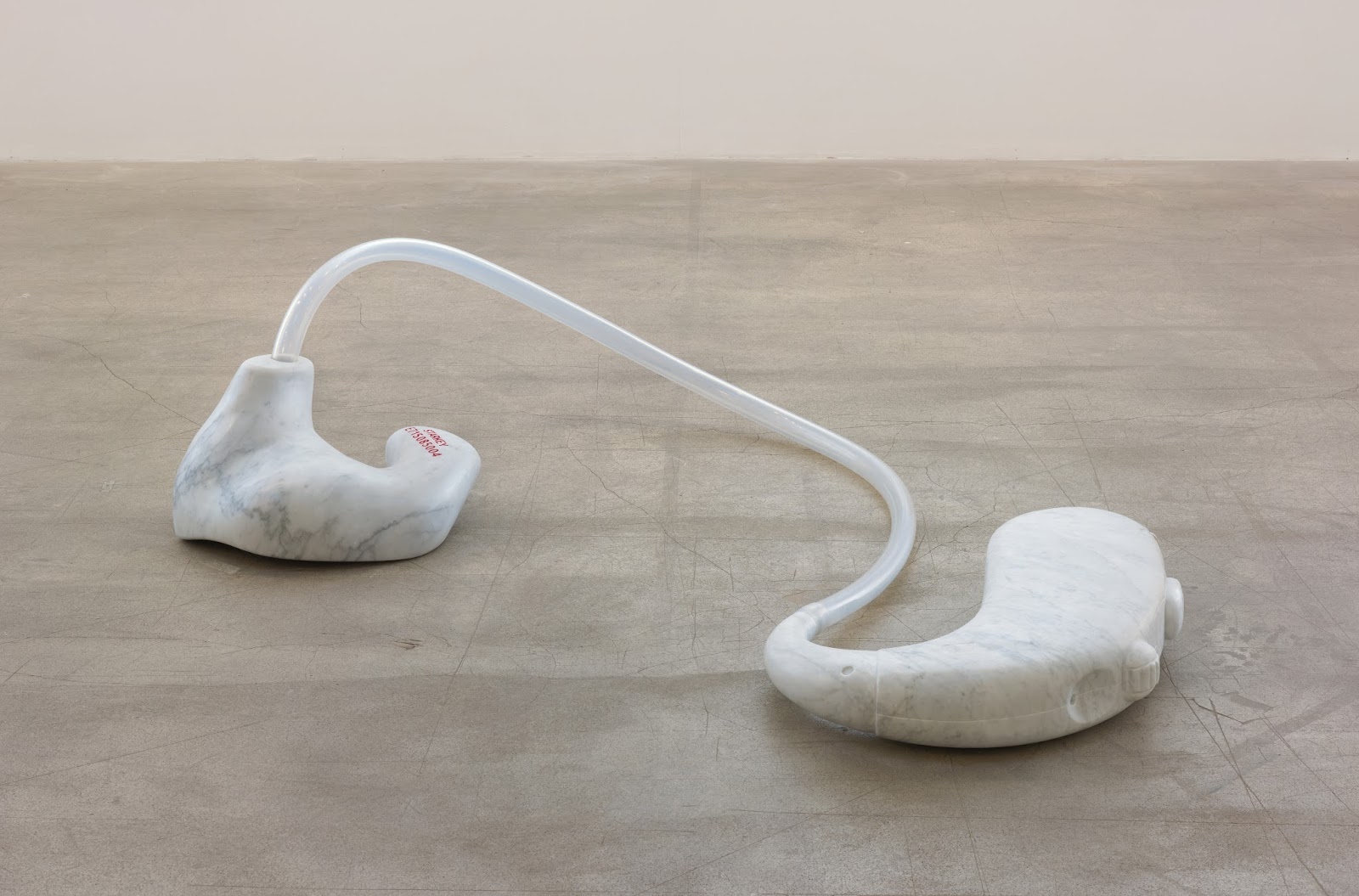 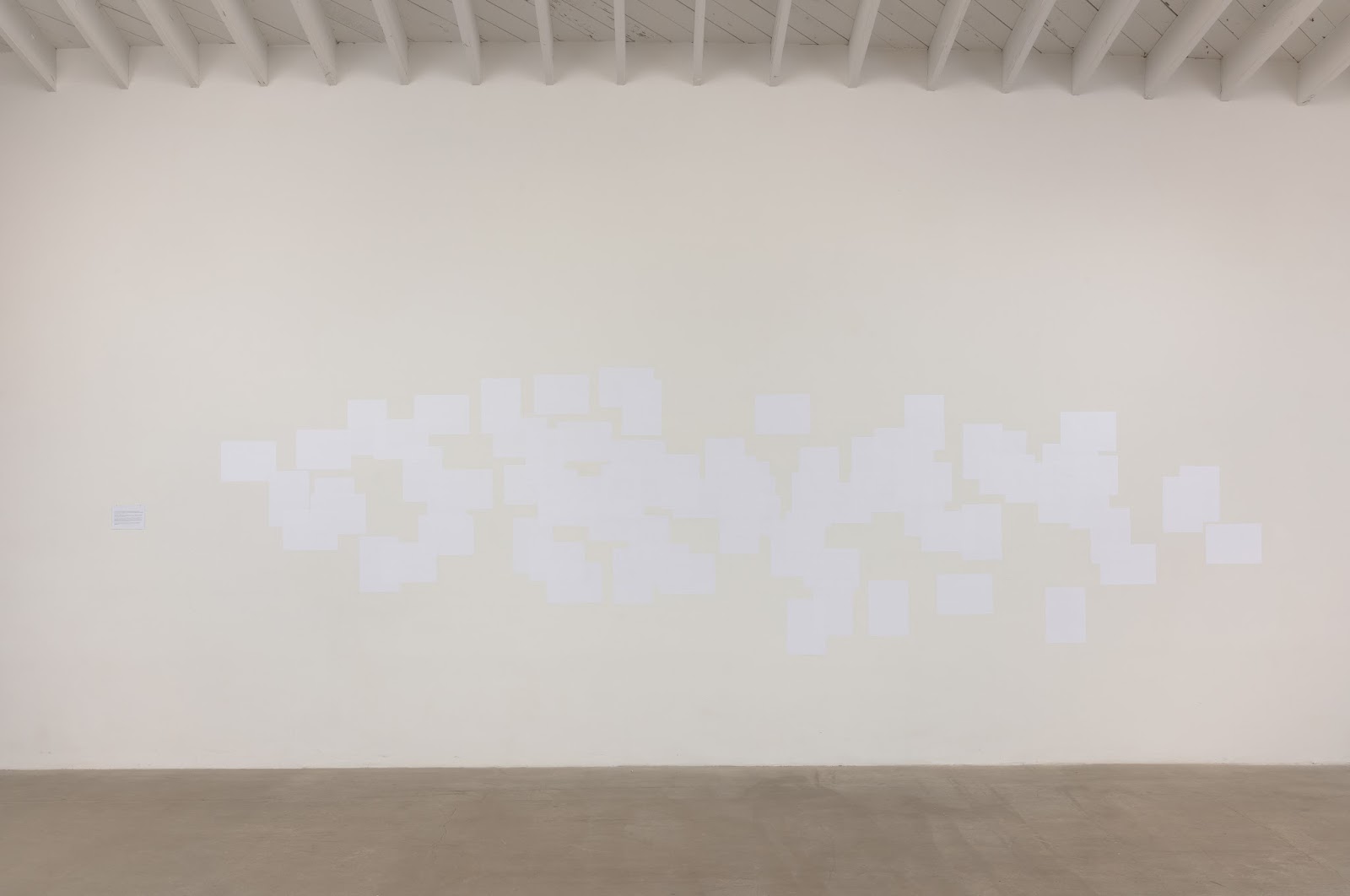 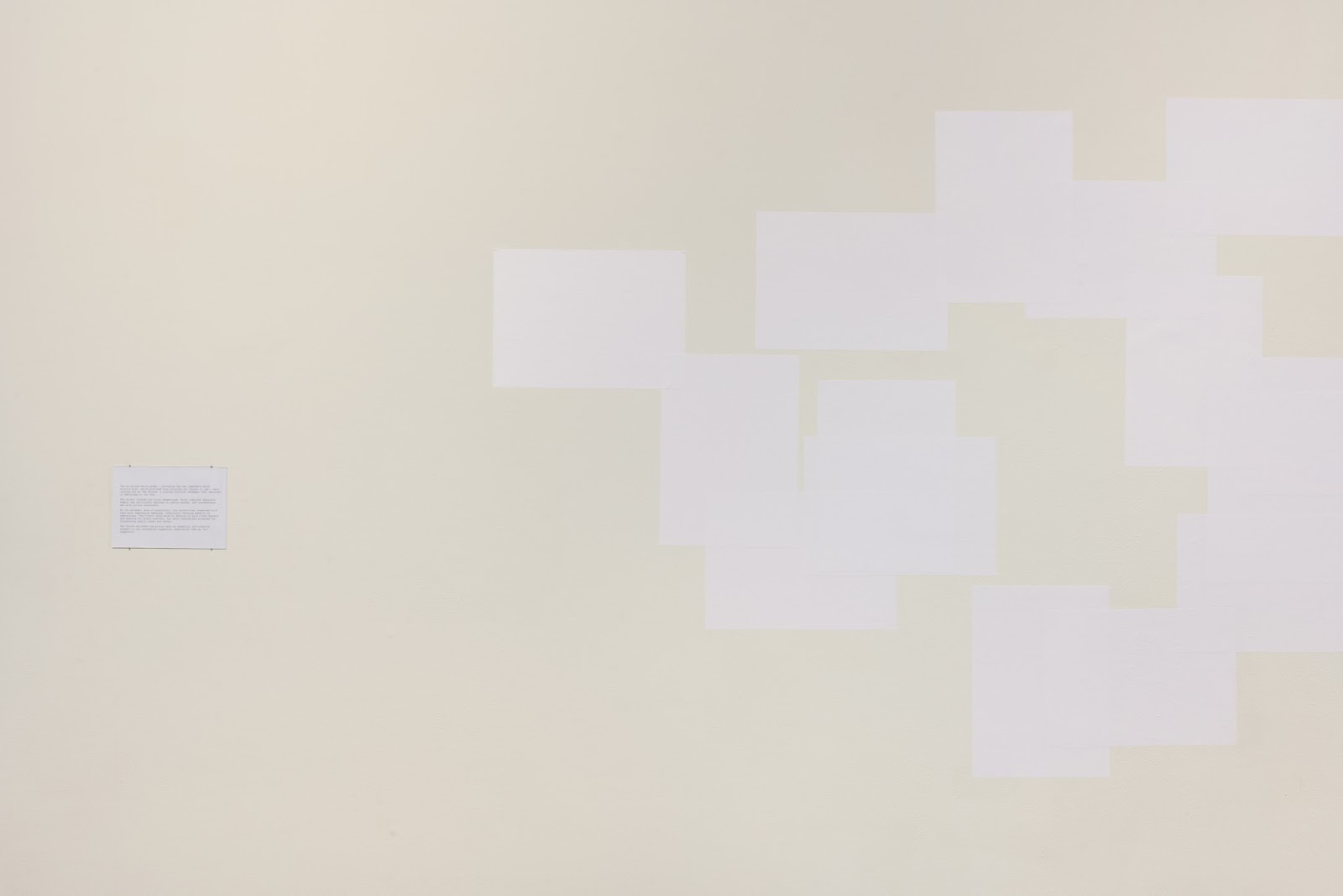 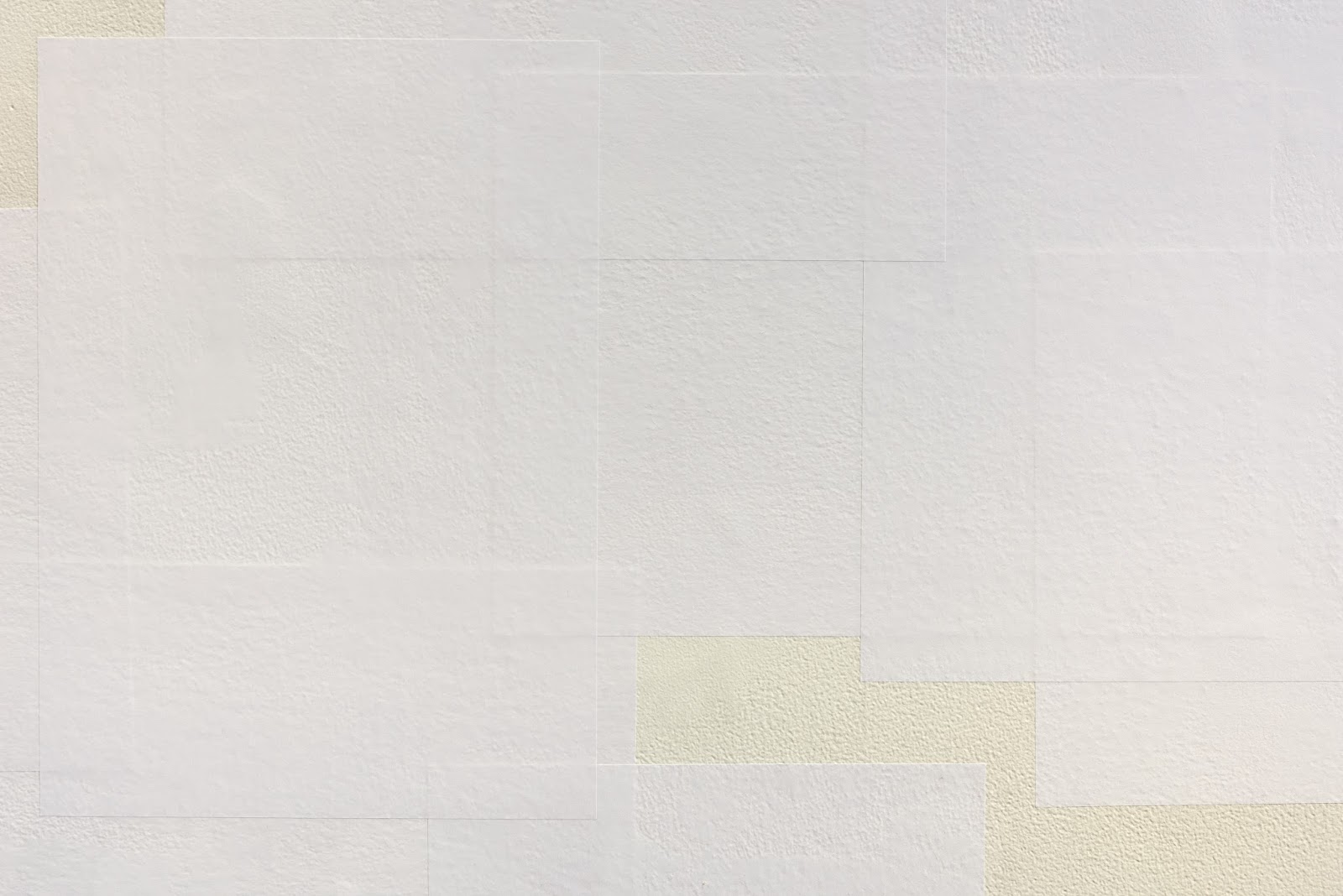 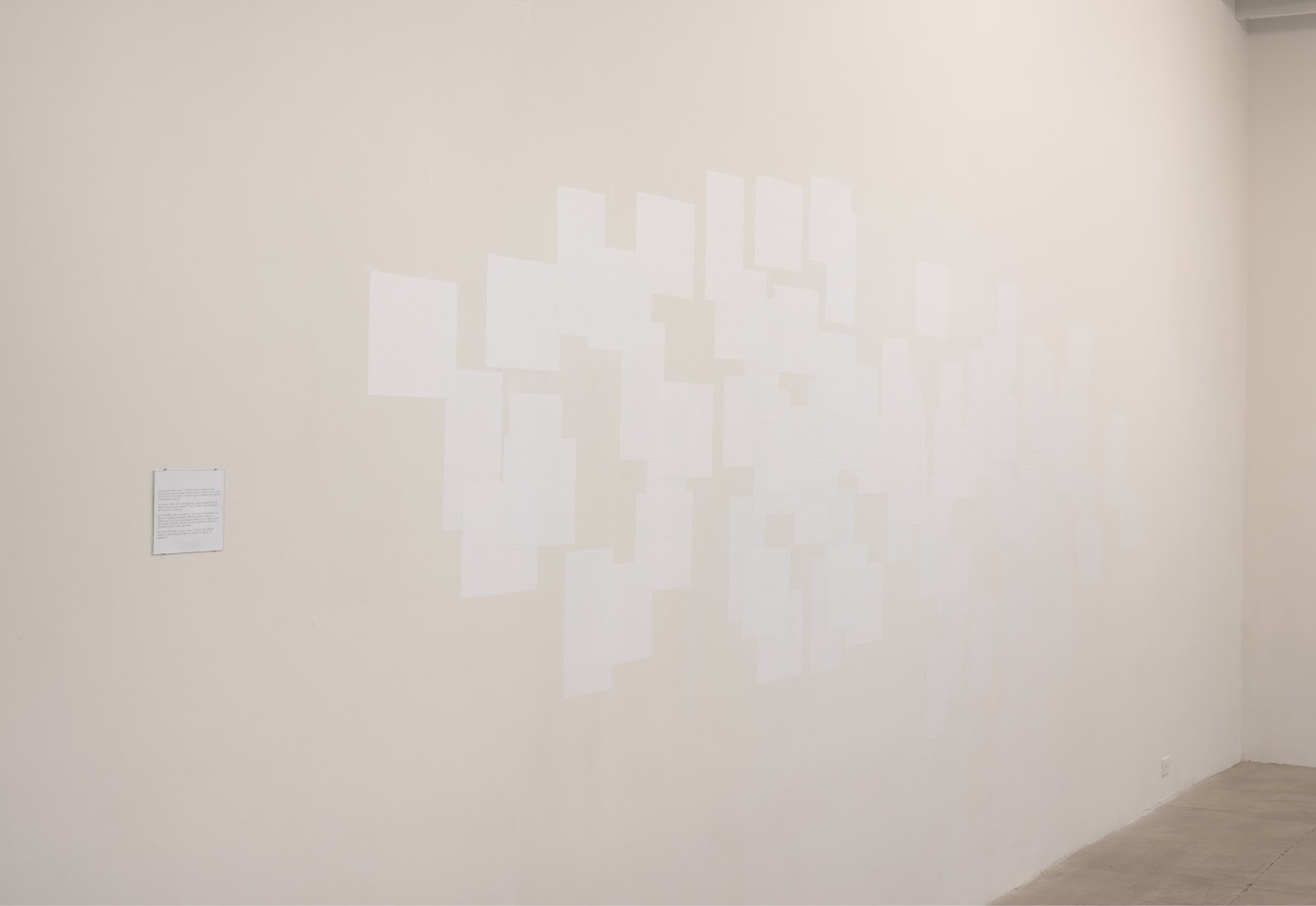 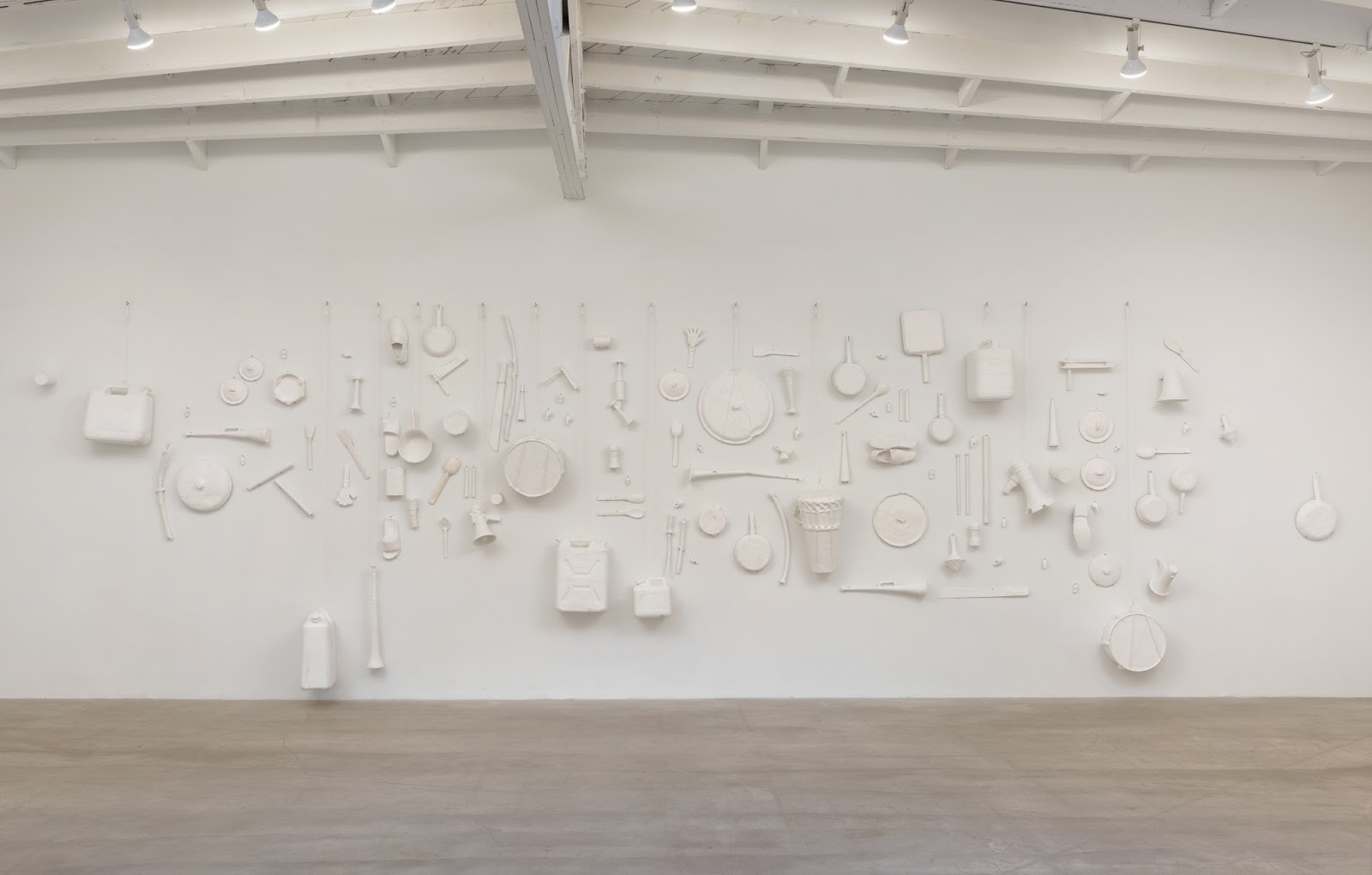 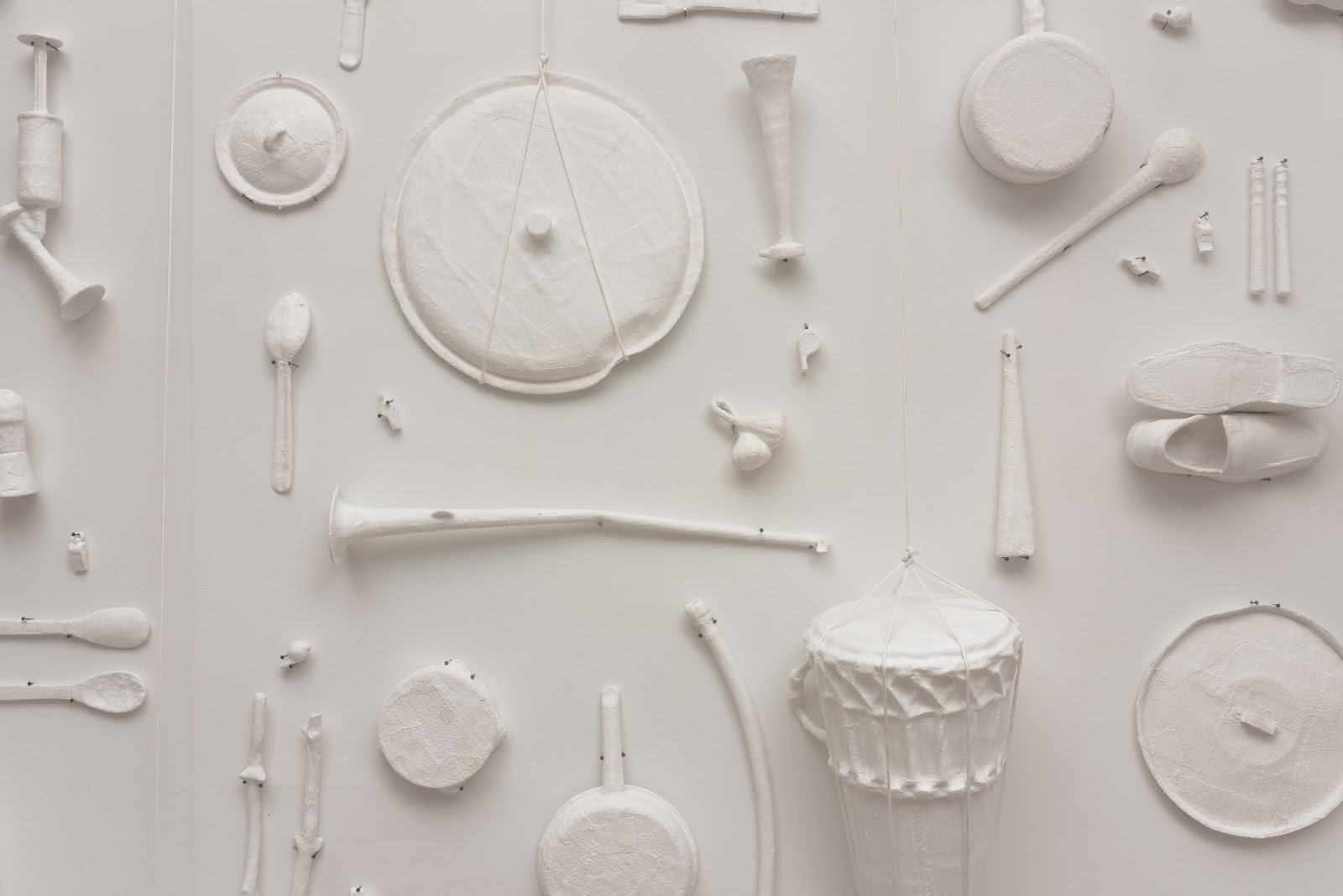 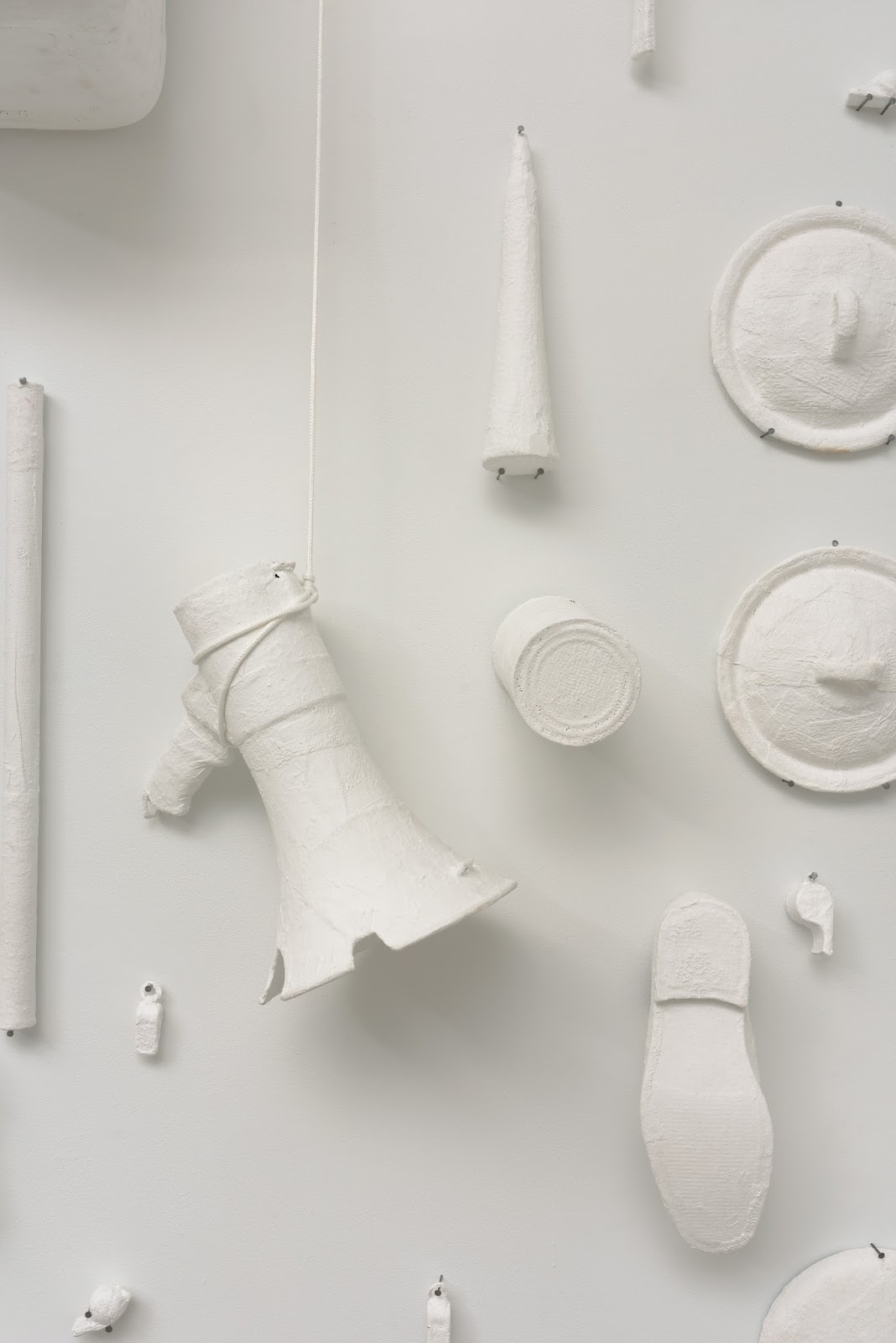 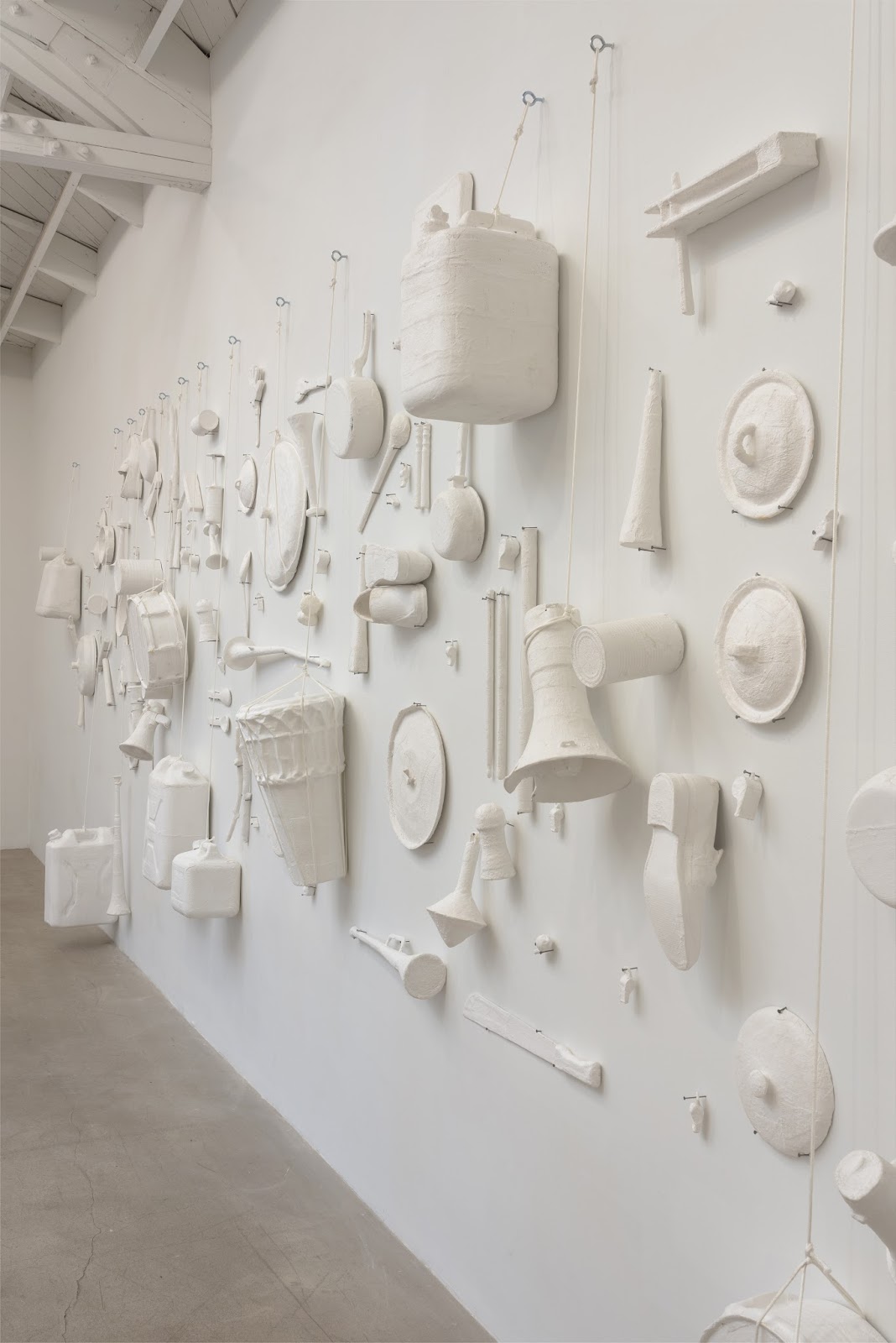 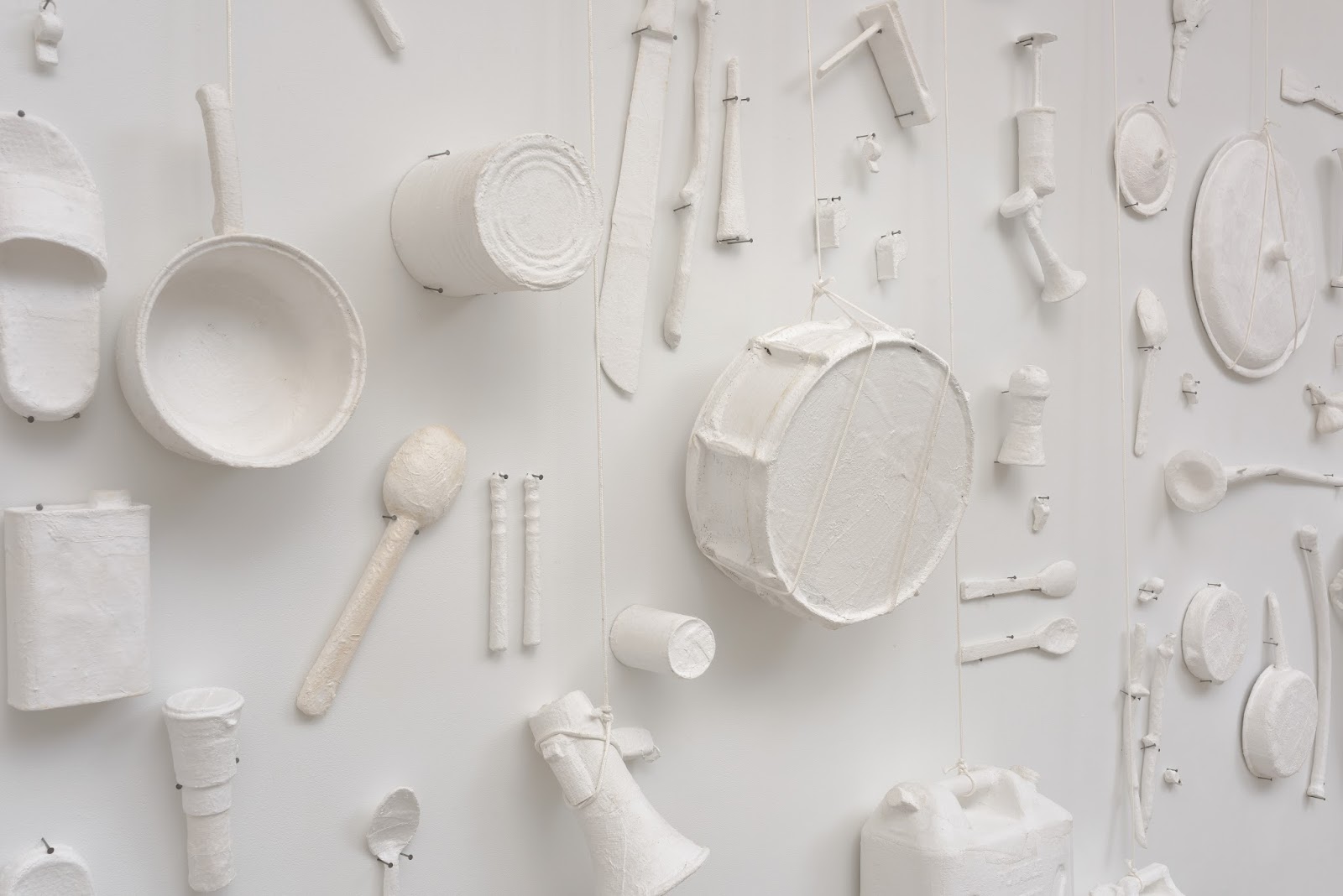 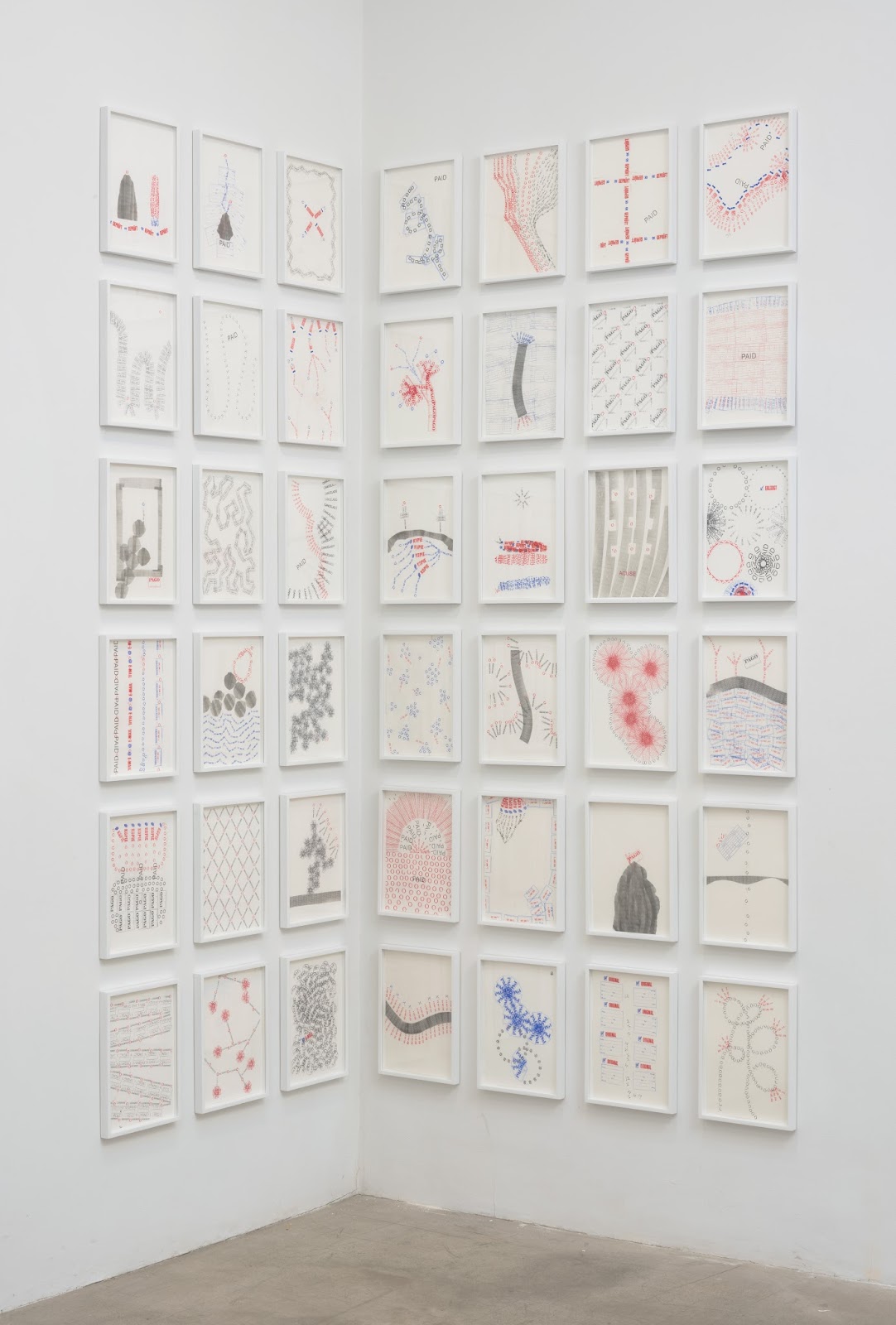 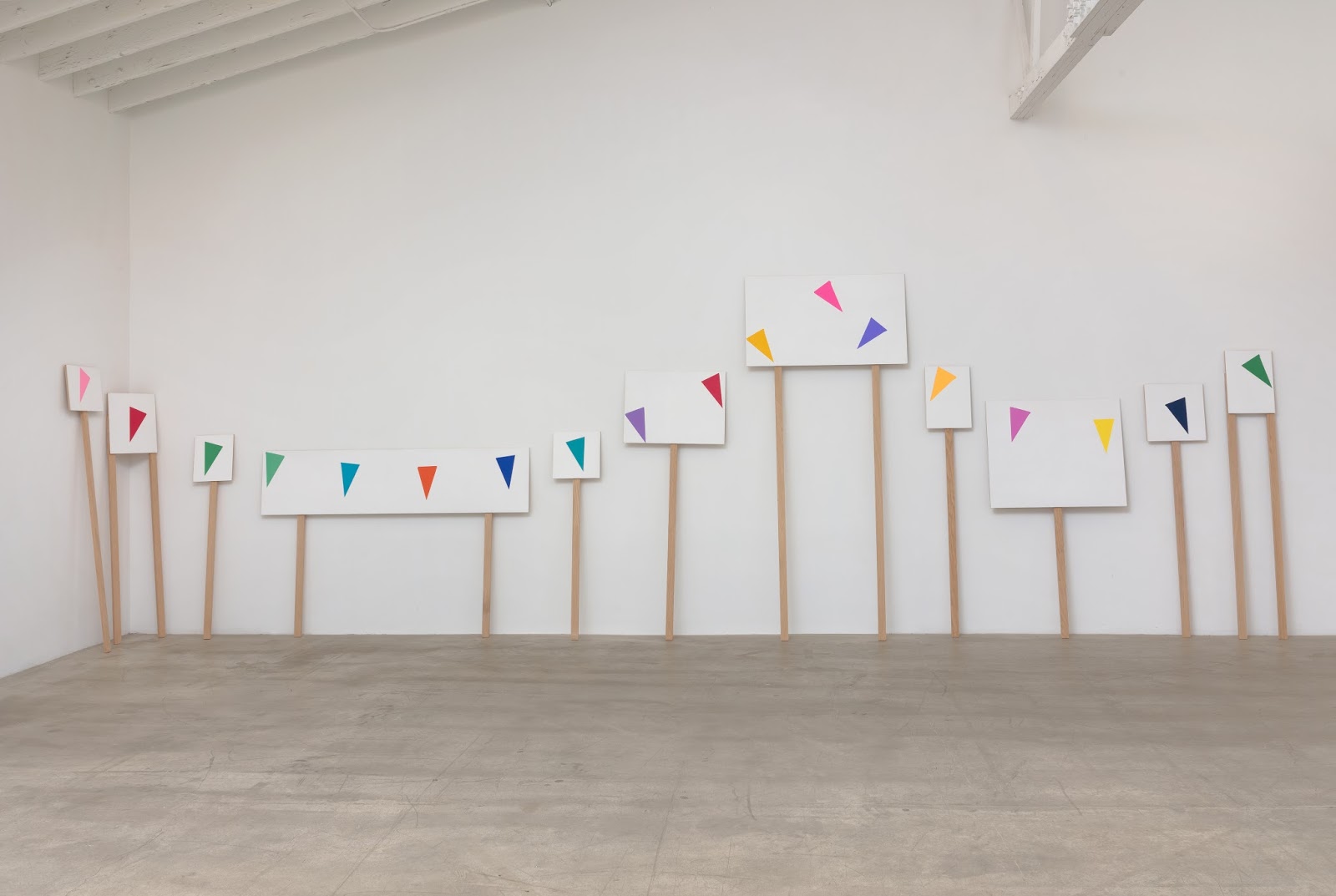 MARC FOXX is pleased to present BLOW THE WHISTLE, BEAT THE DRUM, an exhibition by Amalia Pica, the artists’ third solo with the gallery. Alongside new works, the artist also includes a piece from 2009, bracketing her history & investigation into the ways and means of communication.
Pica continues to have deep interest in the cultural intimacy that public actions of protest and celebration alike can forge and the possible link between these two seemingly opposite collective activities.
Blank A4 paper has been haphazardly wallpapered in Leaflets, 2009, the fugitive earlier work included in the exhibition and has a friendly relationship to the white ghost like expanse of (un) heard, and its history of protest. The didactic text panel provides information about the 1960s Dutch activist group Provos and its playful use of non-violent protest.
(un)heard, 2016 is an immense wall installation of 100+ noise making objects of protest which have been significantly altered by the artist through her use of plaster bandaging, thereby both muting & preserving their function and potential, implying a kind of ad hoc archive and archeology. While invited to look at these objects, it is possible to see the overlapping of material culture of protest and celebration. It is this common euphoria which the artist attempts to hint towards in Procession (reconfiguration), 2016, an installation of placards that lean against the wall in an arrangement that allows the colored triangles they display to take on a formation which resembles bunting, that simple element that signals carnivals and street fetes.
Positioned directly on the floor in front of the muted objects, the four In Praise of Listening, 2016, works are comprised of two stone carved sculptures connected by translucent silicone tubing which initially appear to be abstracted forms smiling at modernism. The elegant biomorphic shapes, some which include identifying text, are soon deciphered as large-scale representations of the inner & outer components of hearing aids. In these works, Pica visually refers to the listener and pays tribute to the active action of listening, the act that makes thought possible.
Despite the discussion of the global digital world, bureaucratic procedures continue to be based on hard copies, e.g. one’s passport booklet, driver’s license, or official mail. Utilizing a lexicon of formal compositional possibilities Joy in Paperwork, 2016 presents 42 rubber-stamp drawings from the 1000+ work project recently on view in the Gwangju Biennial. The stamps from different countries in different languages mark something has been paid, received, delivered, or duplicated within the bureaucratic machine. Although not only linked to immigration, the work speaks to Pica’s arduous process as a non- European person applying for citizenship in a European country and takes us back to what other works ultimately try to explore: can joy be a form of defiance?