Hannah Lees / The Oldest Thing You Can Hold In Your Hand 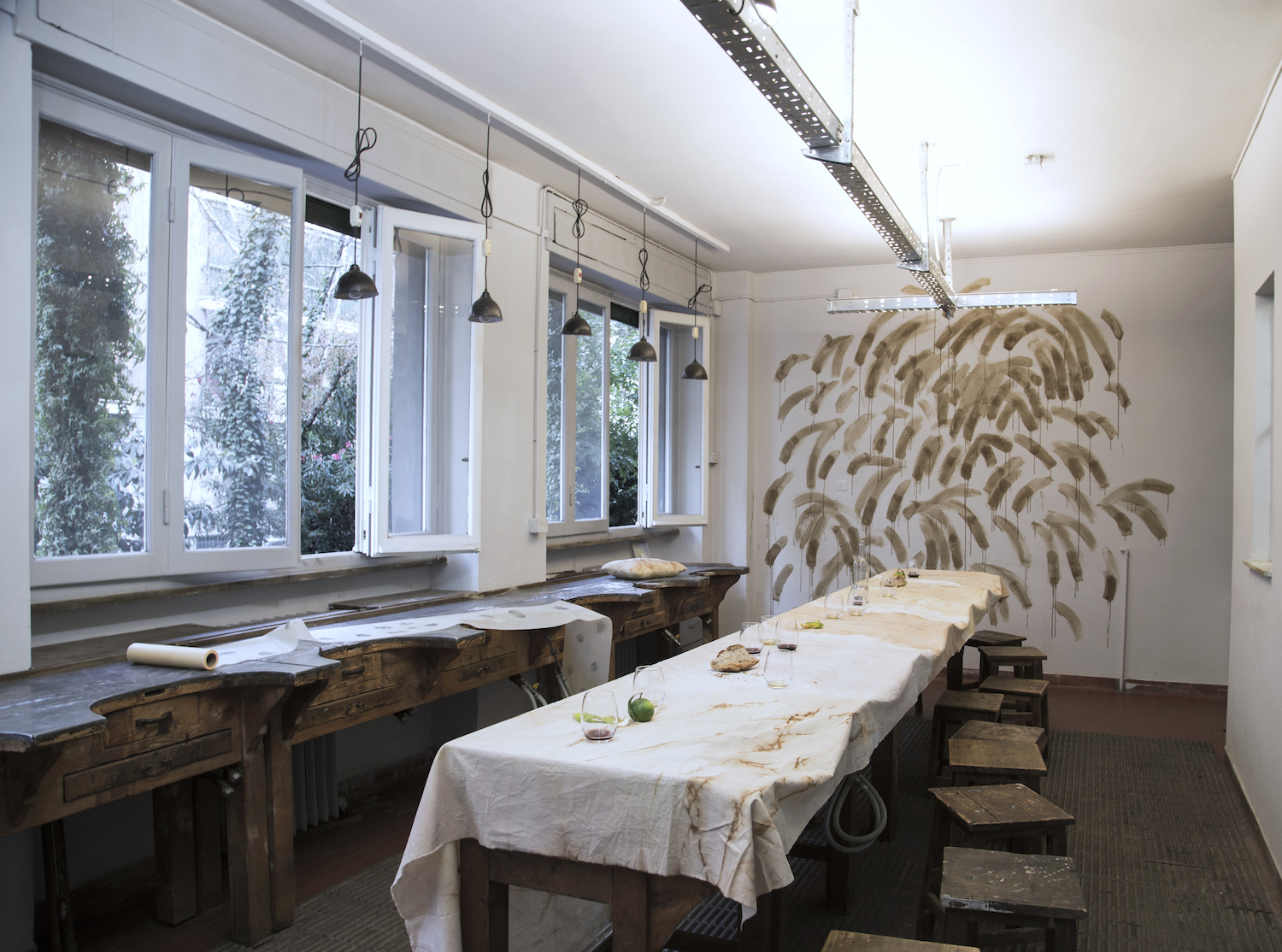 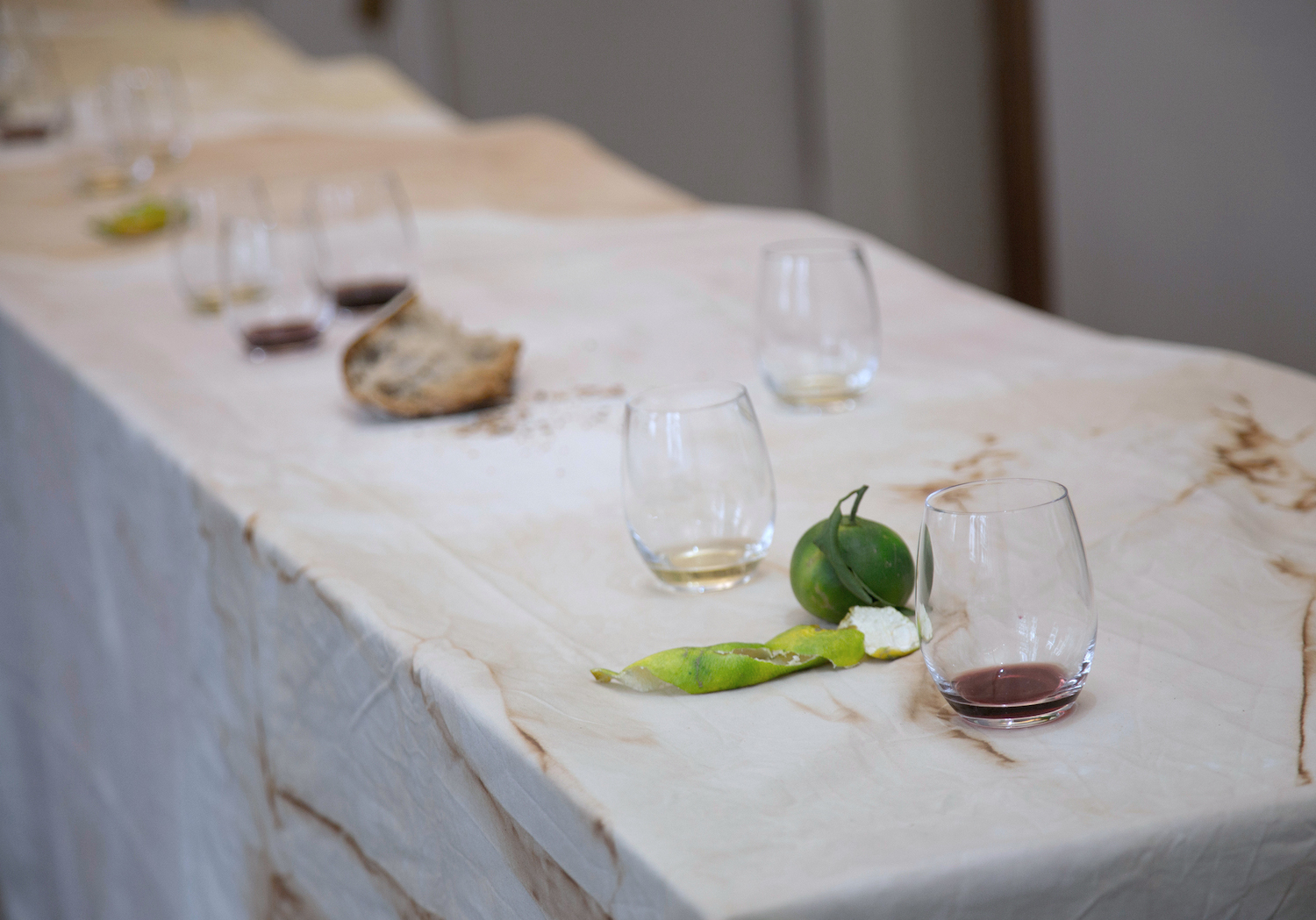 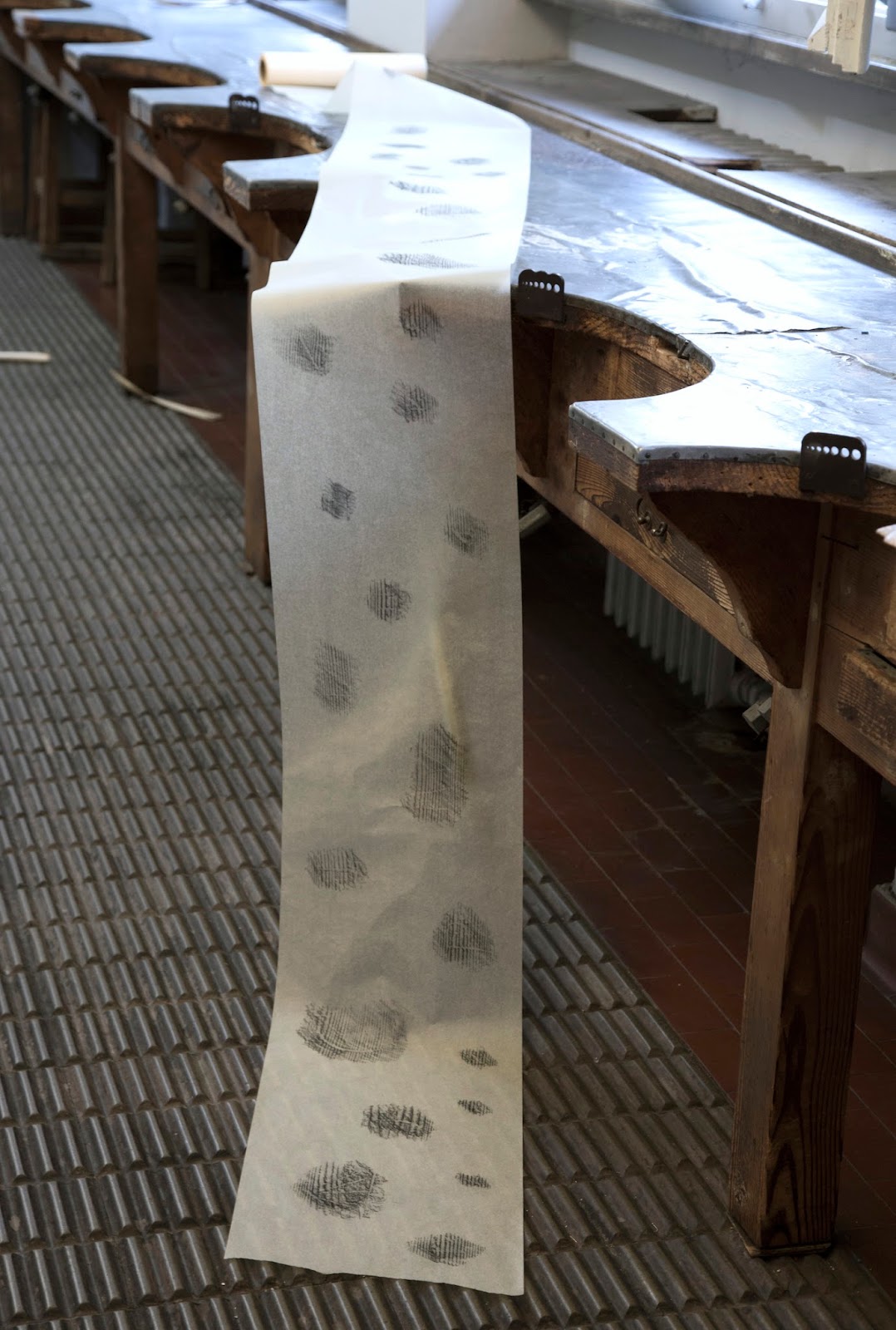 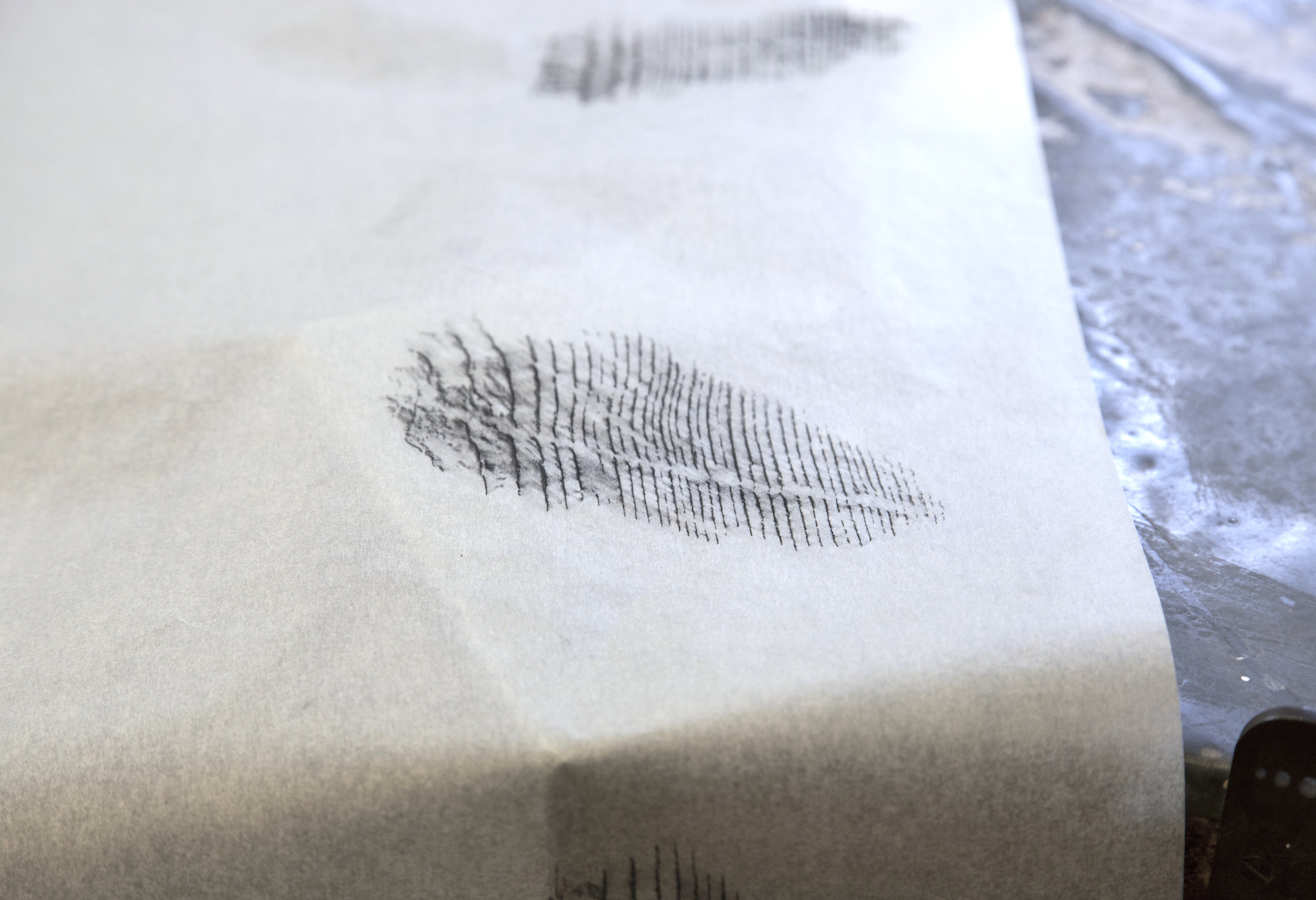 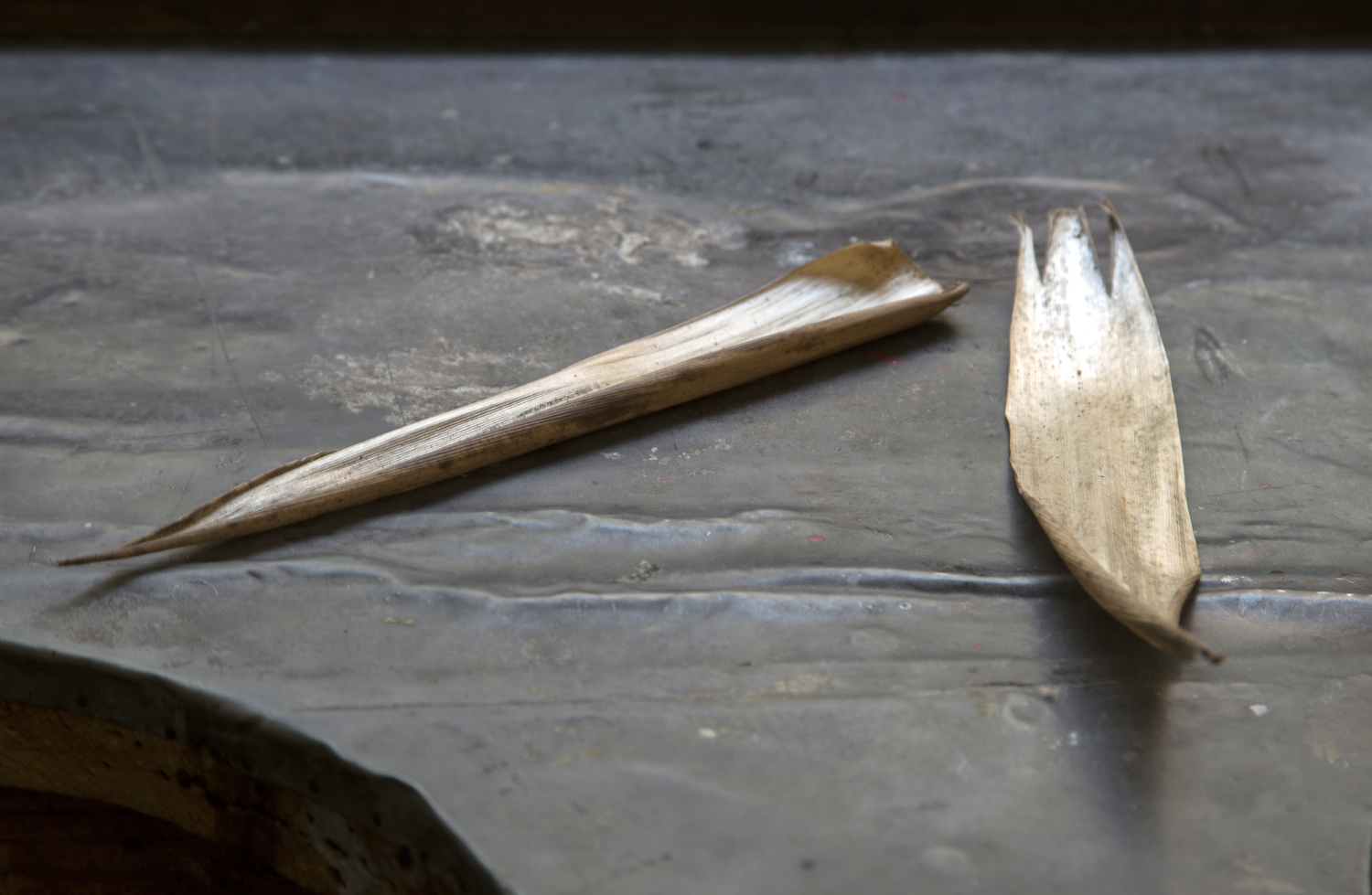 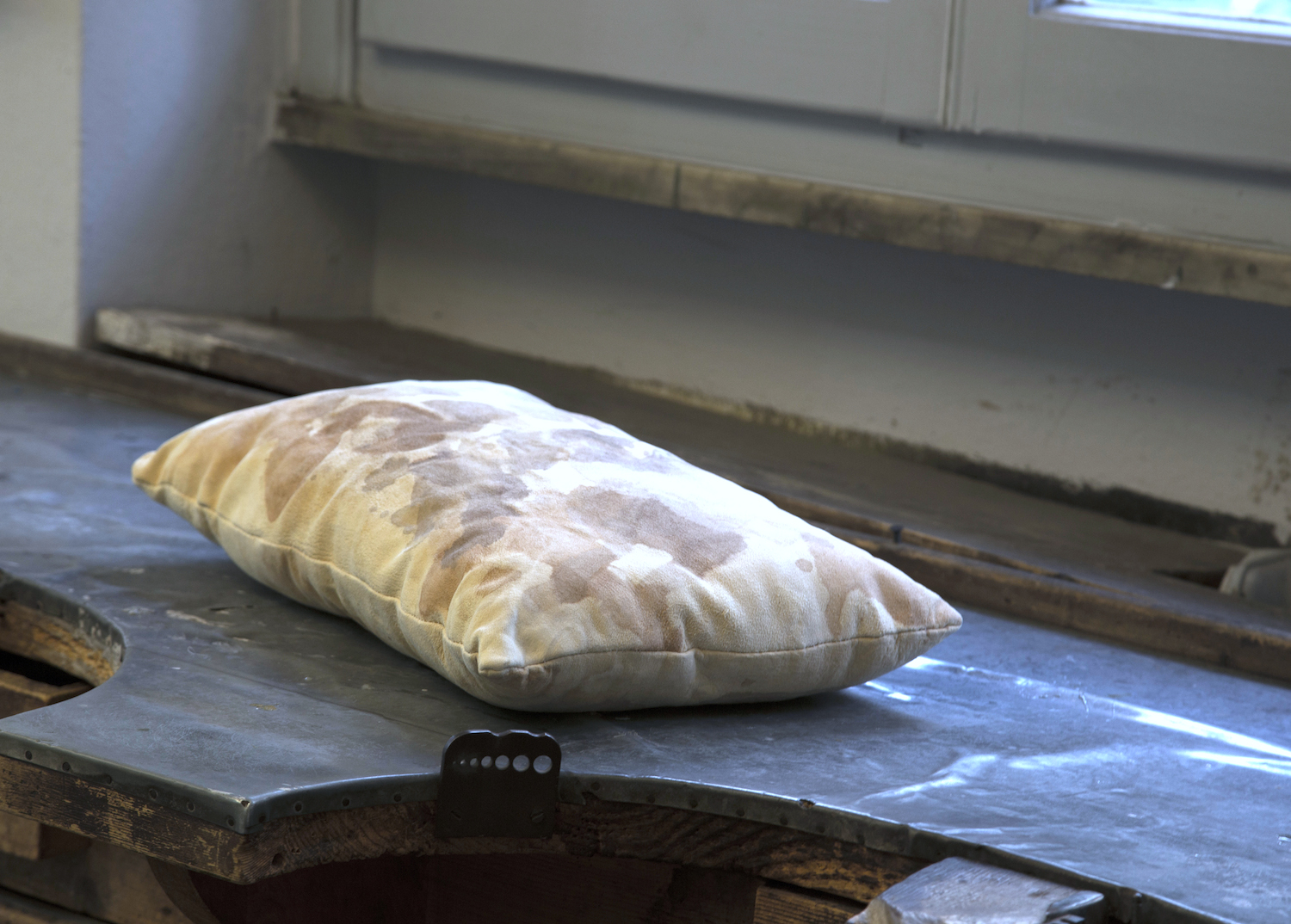 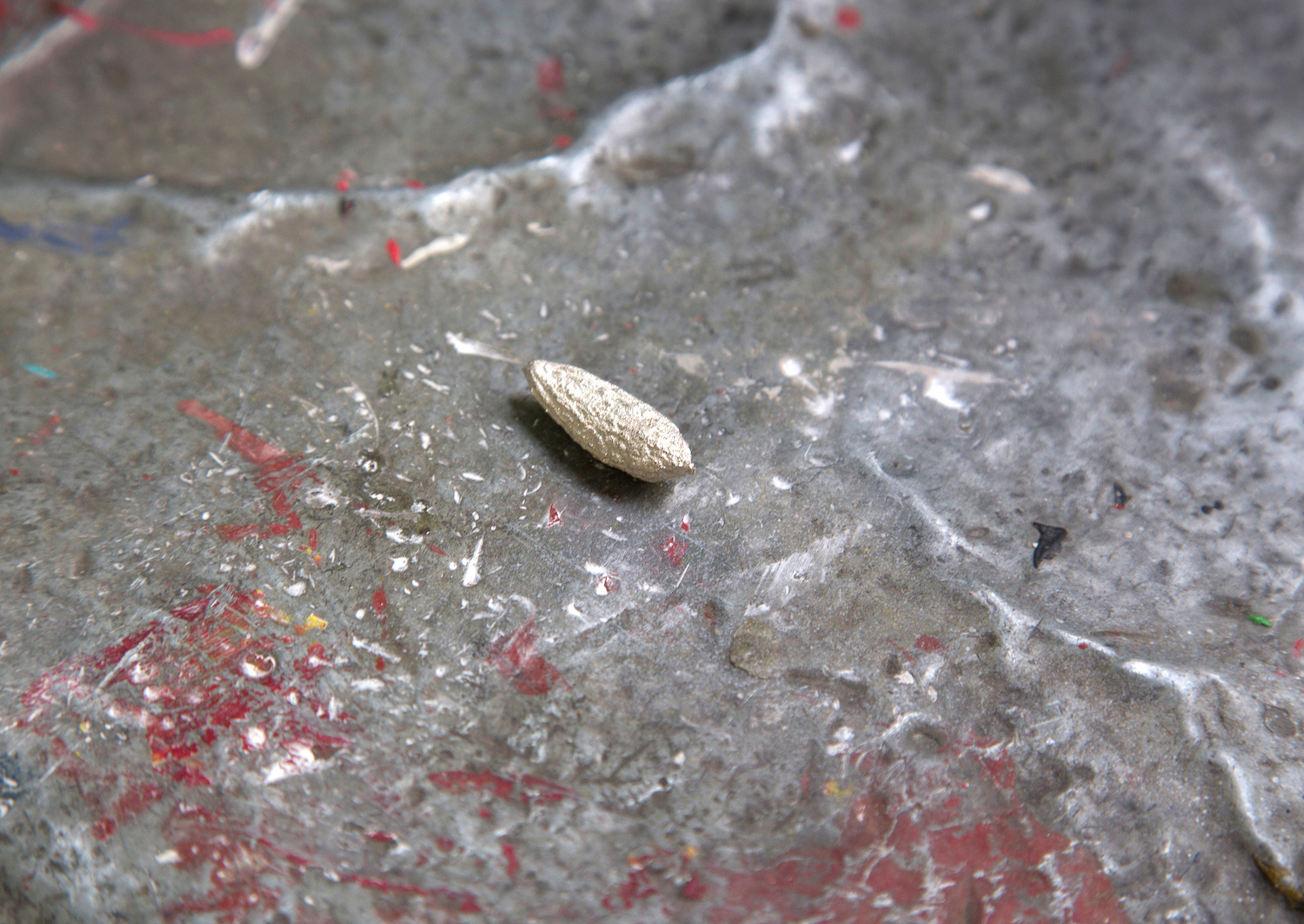 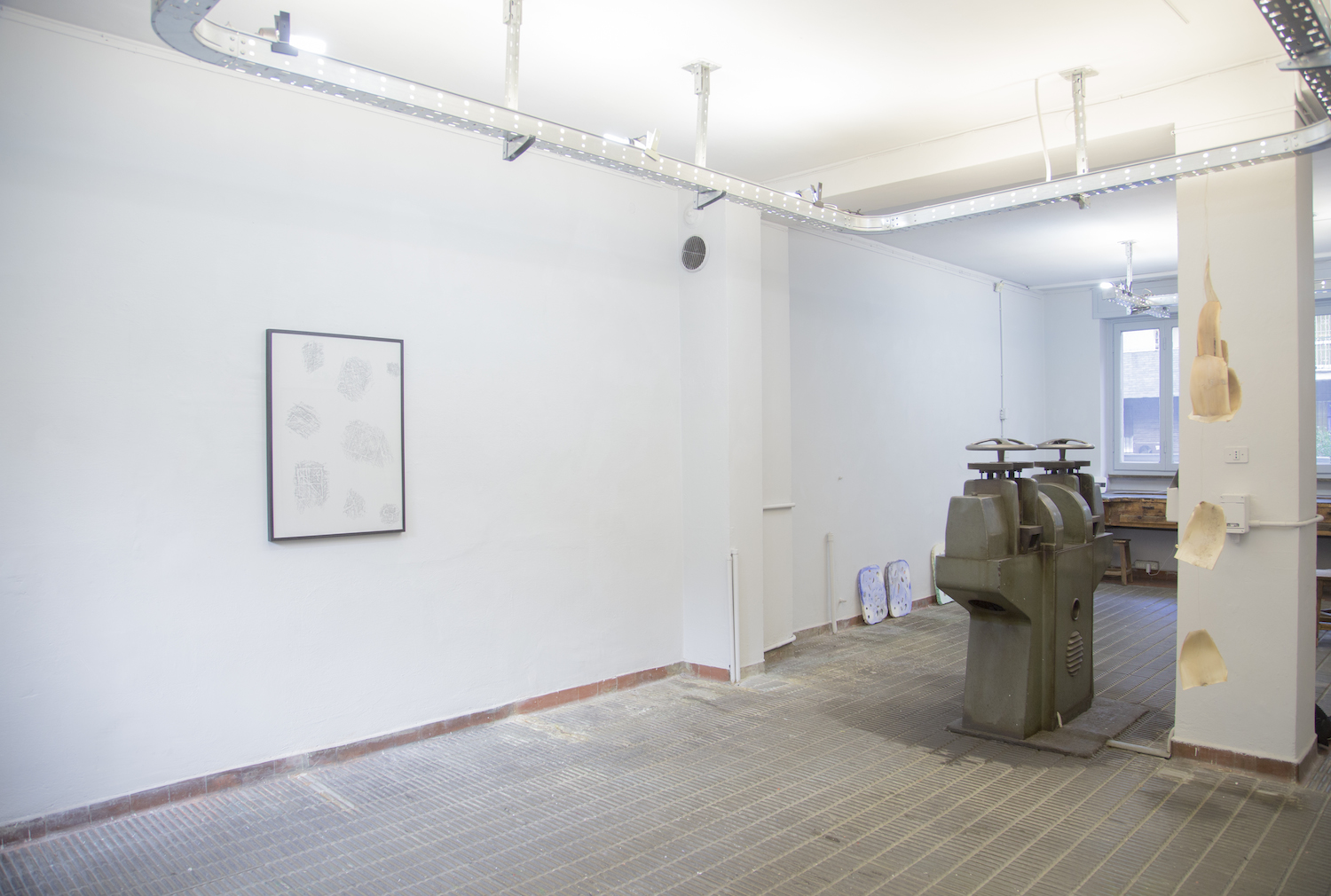 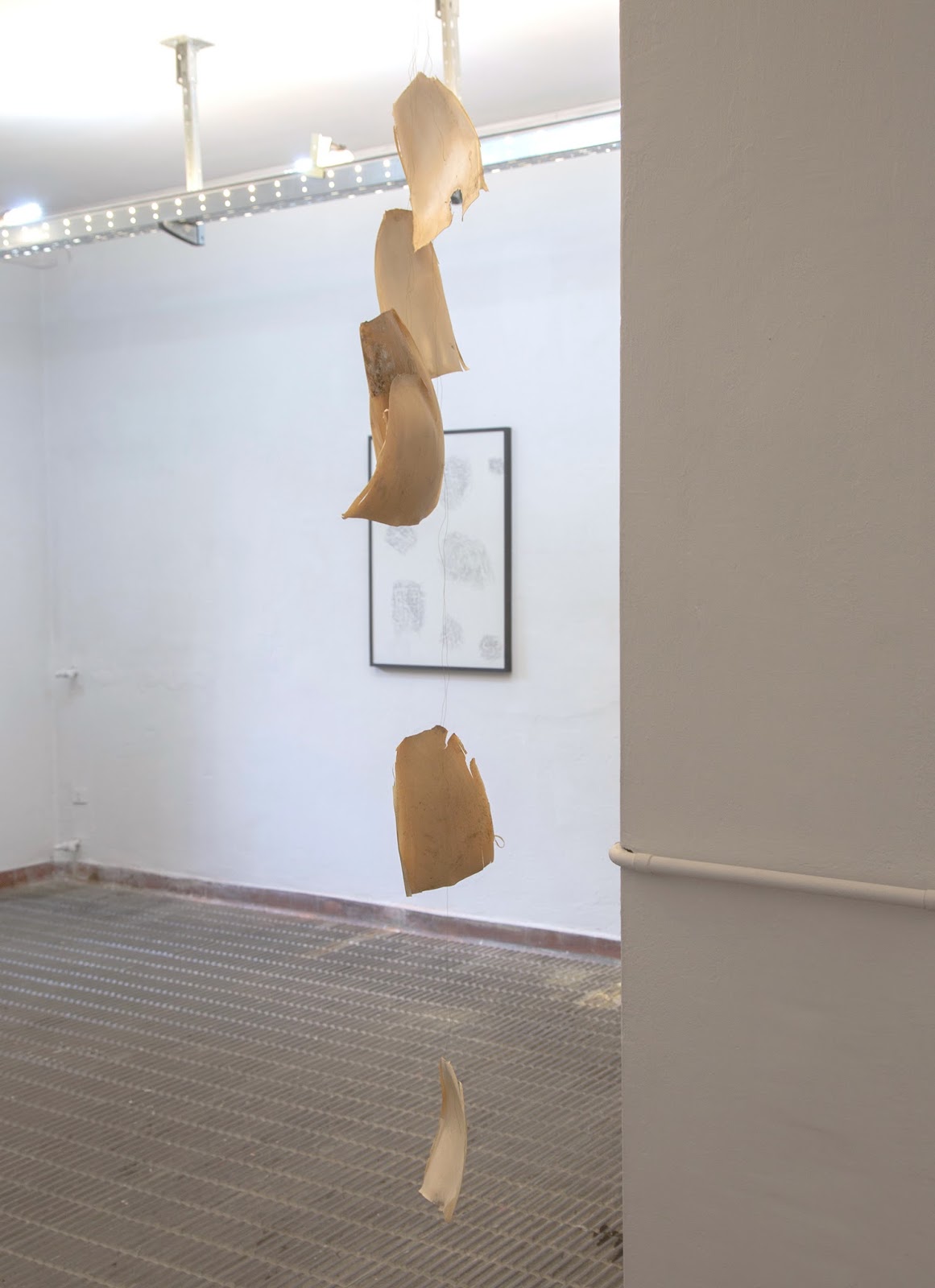 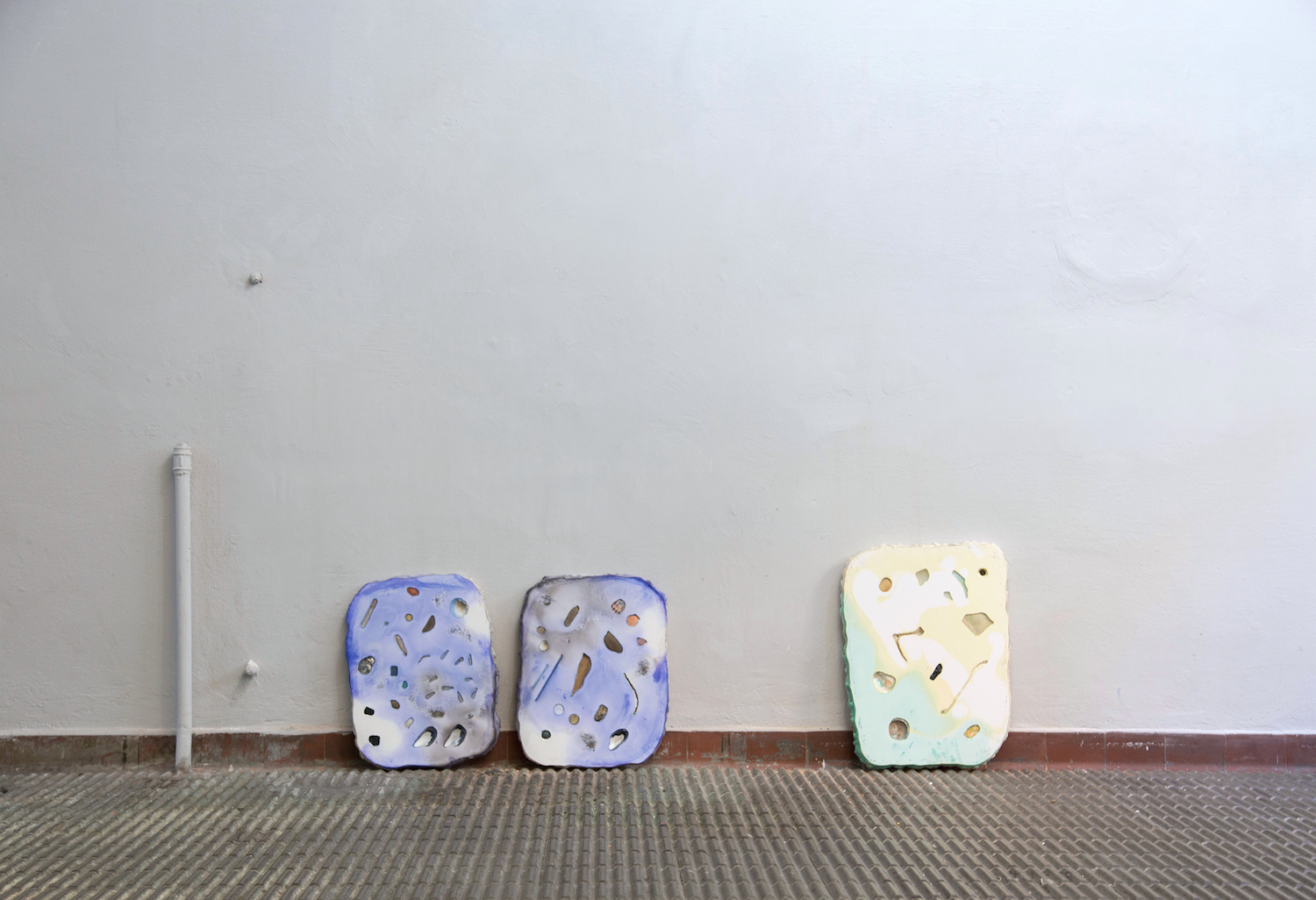 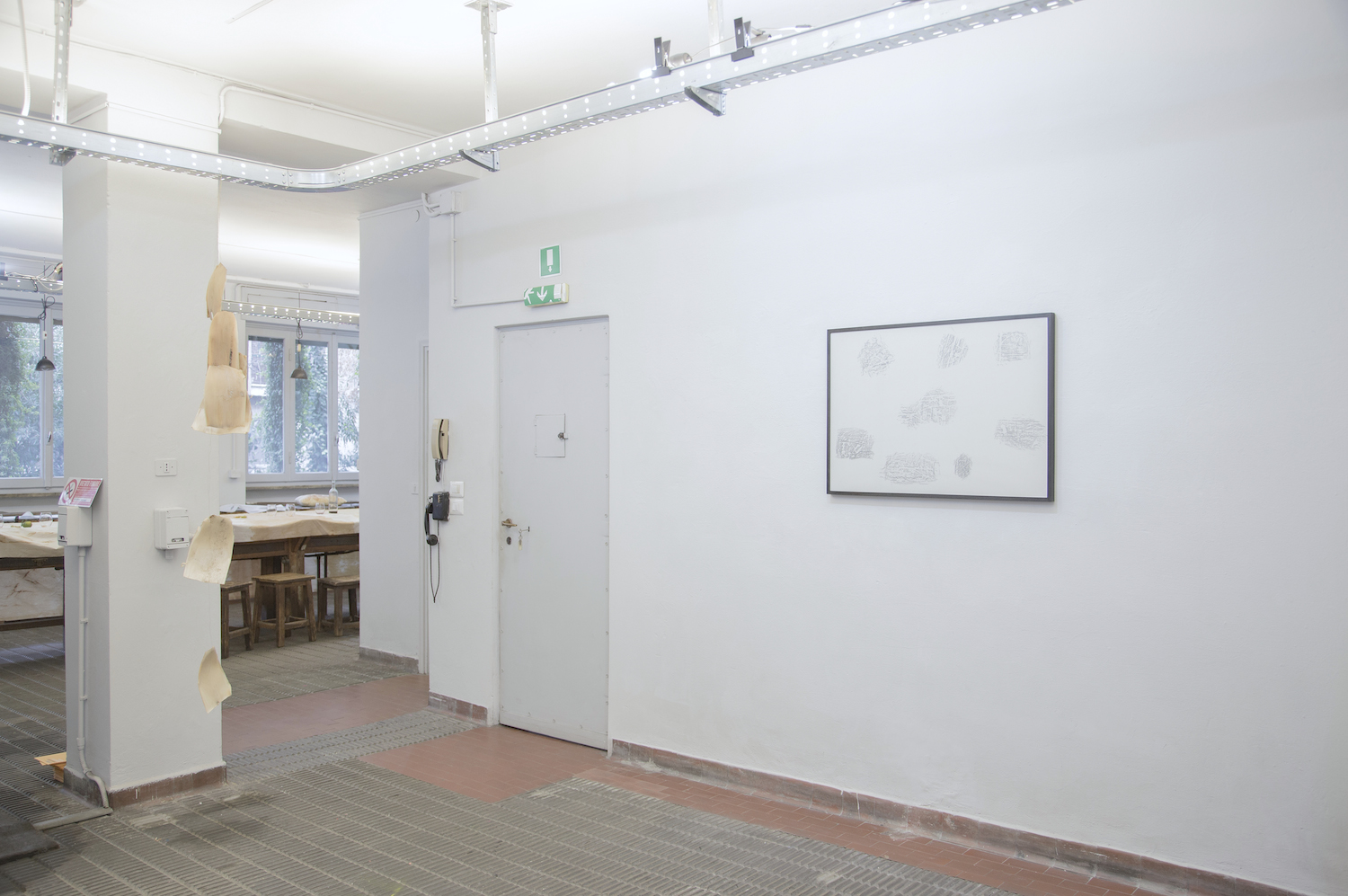 The work of Hannah Lees takes the rhythm of seasons, cycles starting, ending and repeating as well as the infinite transformation of things. By concentrating on this transformation, and often attracted by natural processes of decay and mutation, she experiments ontologically with temporalities, to subvert and evidentiate time’s intrinsic power in shaping our world.  The 2003’s South Korean film Spring, Summer, Autumn, Winter... and Spring directed by Kim Ki-duk explores life in a Buddhist monastery that floats on a lake in a pristine forest. Throughout the film the floating temple and its surroundings are unfolding through the lives of its occupiers, an old monk and a young apprentice. Divided in five segments, the film embedded with symbolism, uses the paradigm of natural seasons to explore life, its quest and evolution through time and different conditions. In the final segment, Spring a new baby is left at the monastery to start the story over again. How much is time an intrinsic property of matter? How much the surrounding environment affects physical and emotional characteristics? The circularity of Spring, Summer, Autumn, Winter... and Spring, the sensibility it embraces through the poetic scenery and slow attention to details resembles Lees’ approach to art making characterised by a methodology attentive to natural rhythms and unexpected transformations. Often generated through personal dérive that lead her to gathering materials on long walks in her hometown Canterbury or on the Thames bankside, Lees applies repetition to deepen her analysis of evolution, in this case of matter mutating over similar formats and processes. For her first Milan show, The Oldest Thing You Can Hold In Your Hand, Lees uses two of the city most important historical artworks as a starting point to explore ideas around display, feasting, ritual and participation, core topics in her practice. The works, Basket of Fruit (c.1599) by Caravaggio at Biblioteca Ambrosiana and The Last Supper, the famous late 15th-century masterpiece by Leonardo Da Vinci decorating the refectory of Santa Maria delle Grazie, feature food and conviviality framed as generative practice of culture and transformation. Keeping these two works in mind, Lees stages on the opening night a moment of encounter around food exchange. By using the characteristic workbench, which also gives name to the space, Lees experiments forward with what she calls Bread and Wine events. A tablecloth dyed with discarded vegetables transforms the bench into a table dressed with Einkorn wild wheat bread, red wine and glasses inviting the viewers to engage with these elements and create a participatory artwork. Whatever is left on the table becomes a snare-picture of a moment of exchange, fixed but subtly morphing for the duration of the show.  The rest of the space is filled with a selection of new and on-going works that form part of Lees’ research and interest, introducing the viewer to artistic gestures that tend at subverting natural laws as well as preserving specific moments. Found objects are fixed in plaster; Tablets (on-going) and seeds are frozen through the process of silver casting. Bamboo sheathes are strung on metal wire and carved graffiti on wooden benches is transferred to newsprint paper with graphite. By choosing live and edible materials for her interventions Lees attempts to revert annihilation, death and variation also embracing this limitations as tools to understand the morphology of things.Works and actions are repeated over time, restaged and adapted to new contexts creating the sentences of a discourse that tends to infinity.  Text by Attilia Fattori Franchini