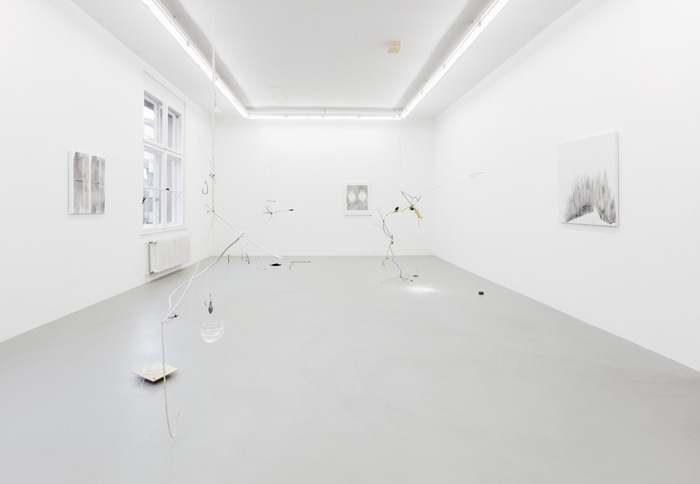 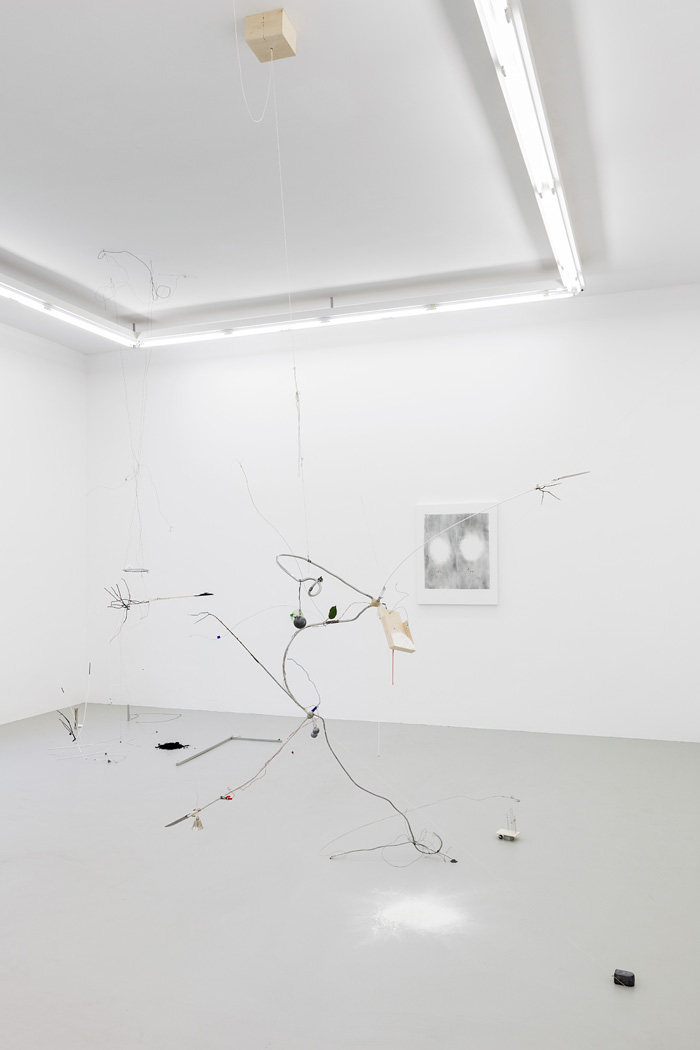 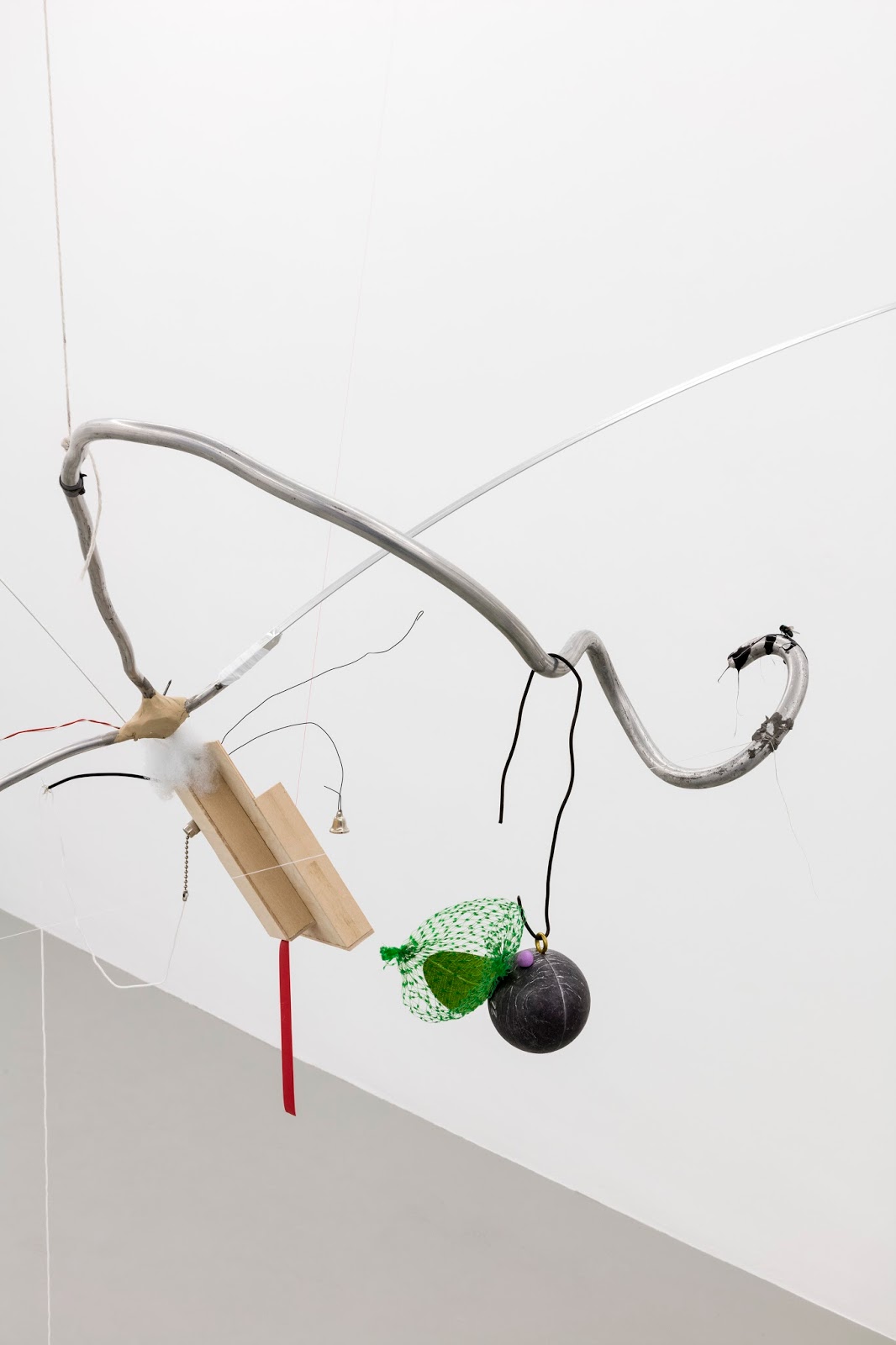 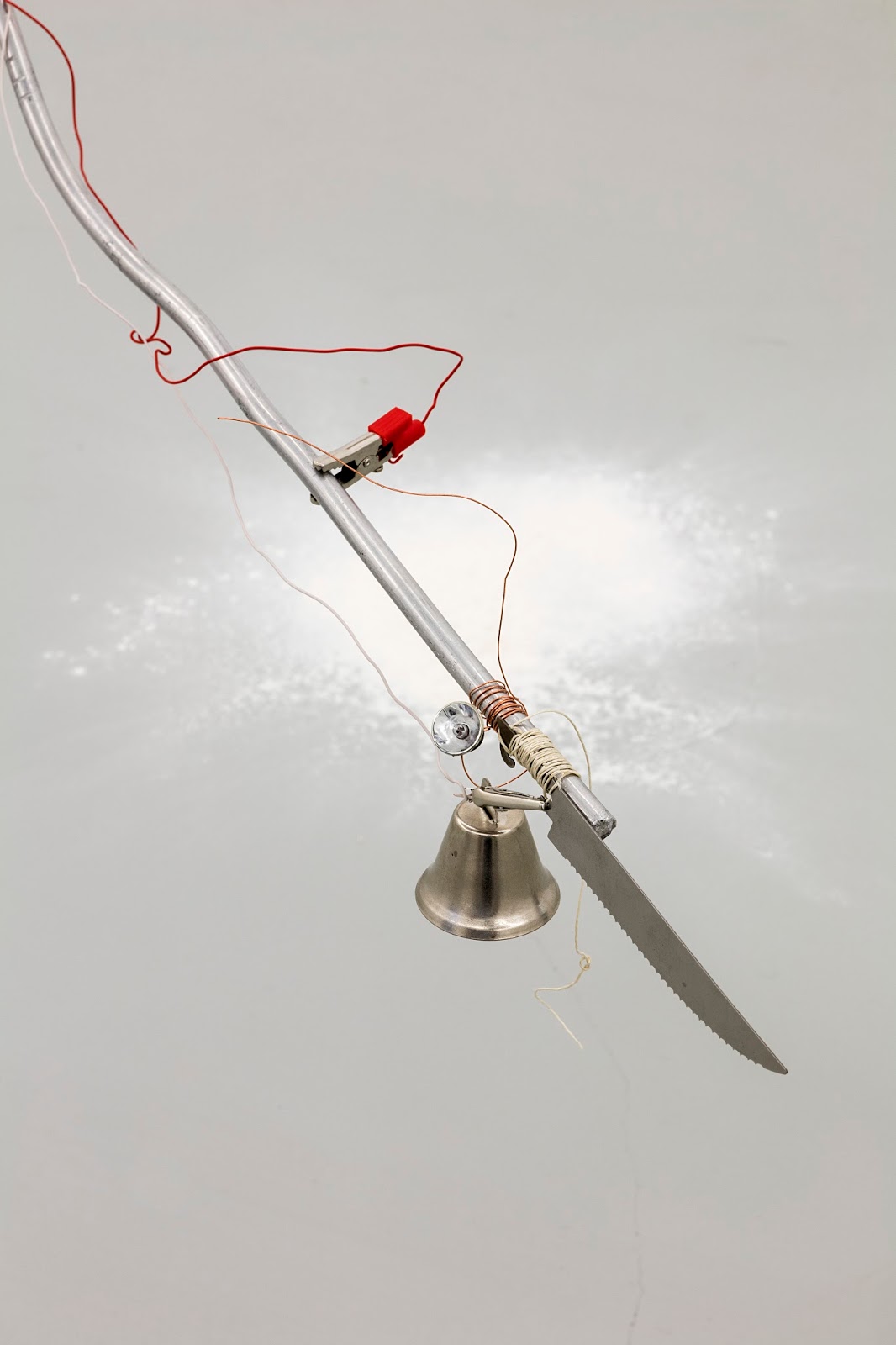 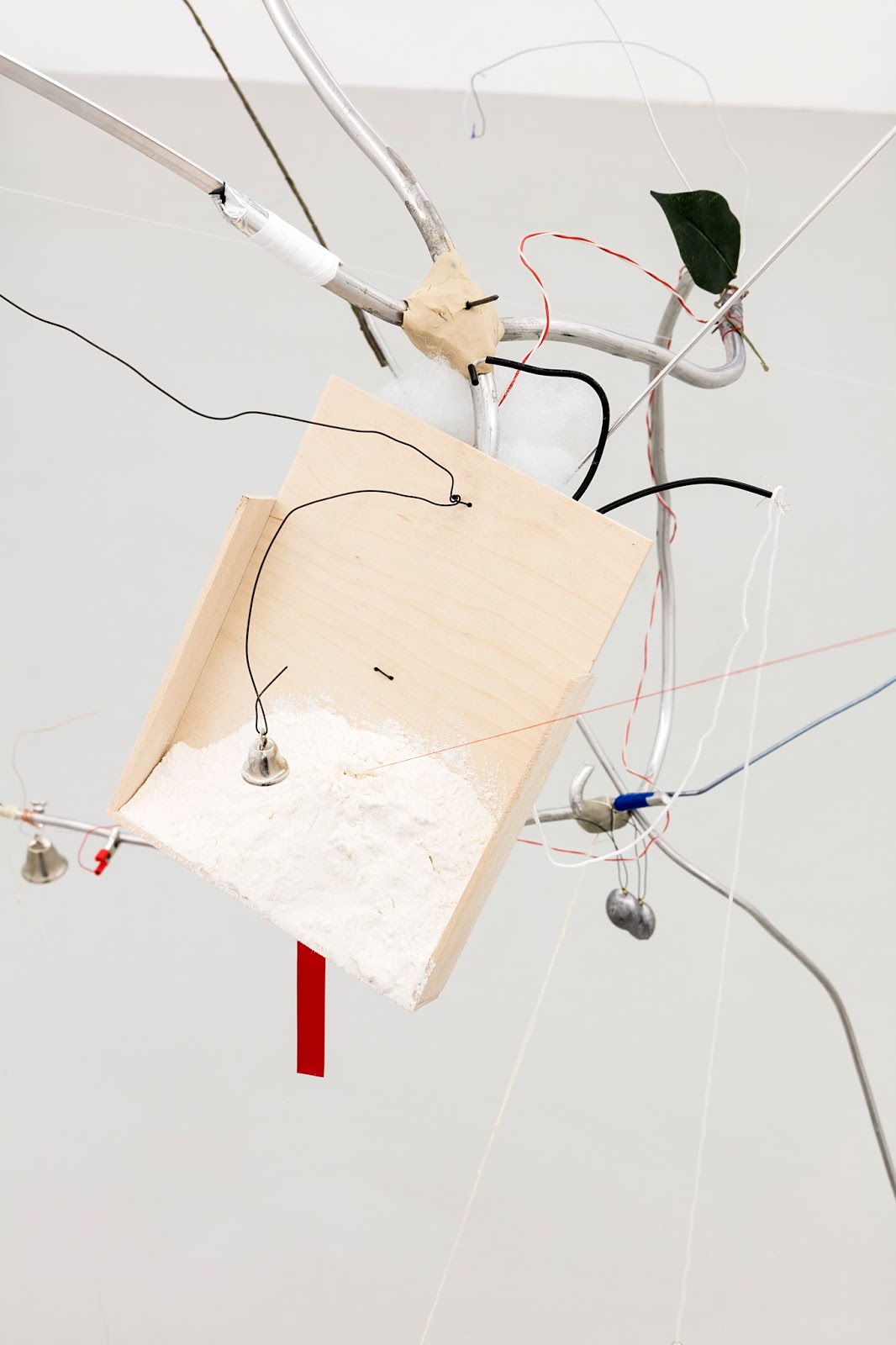 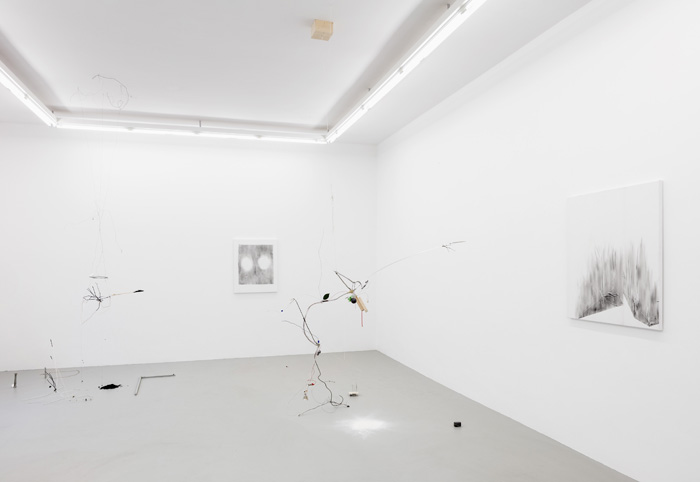 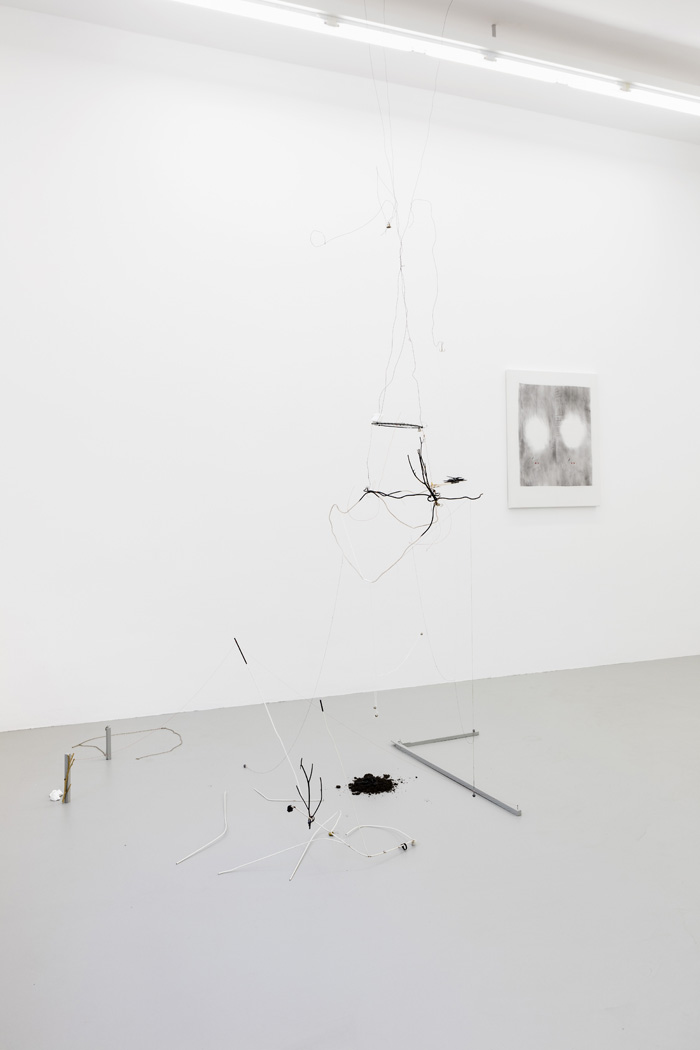 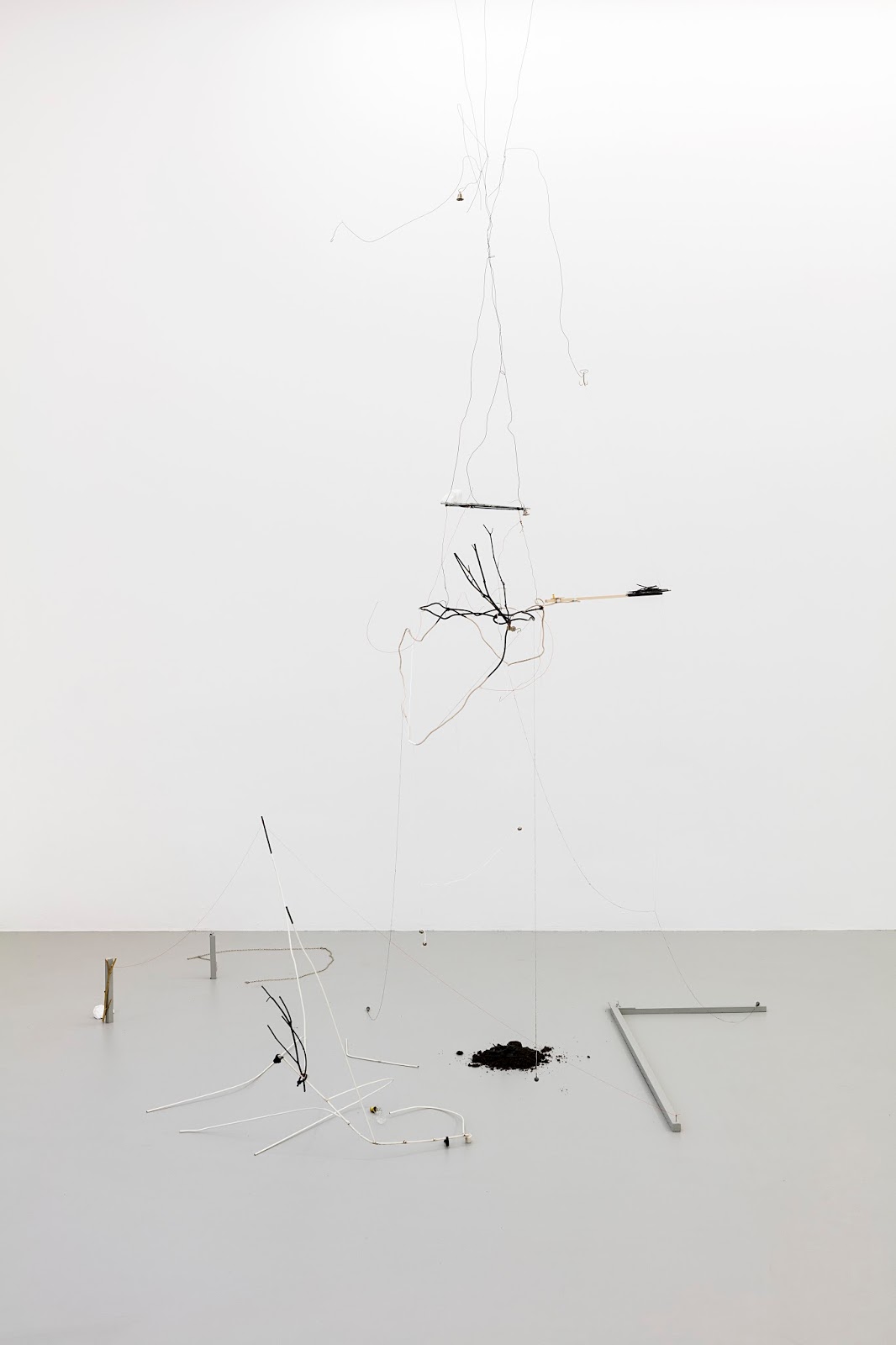 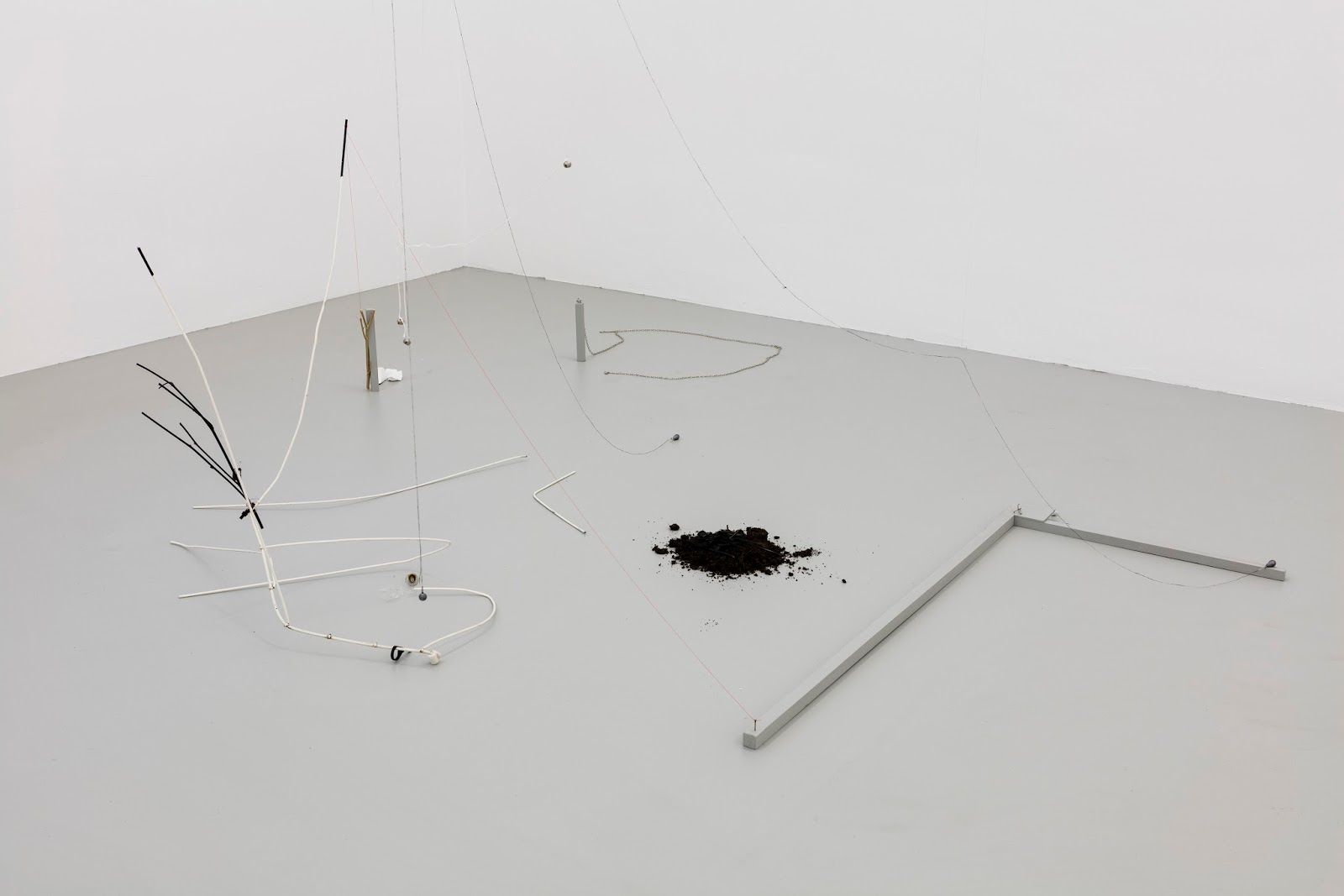 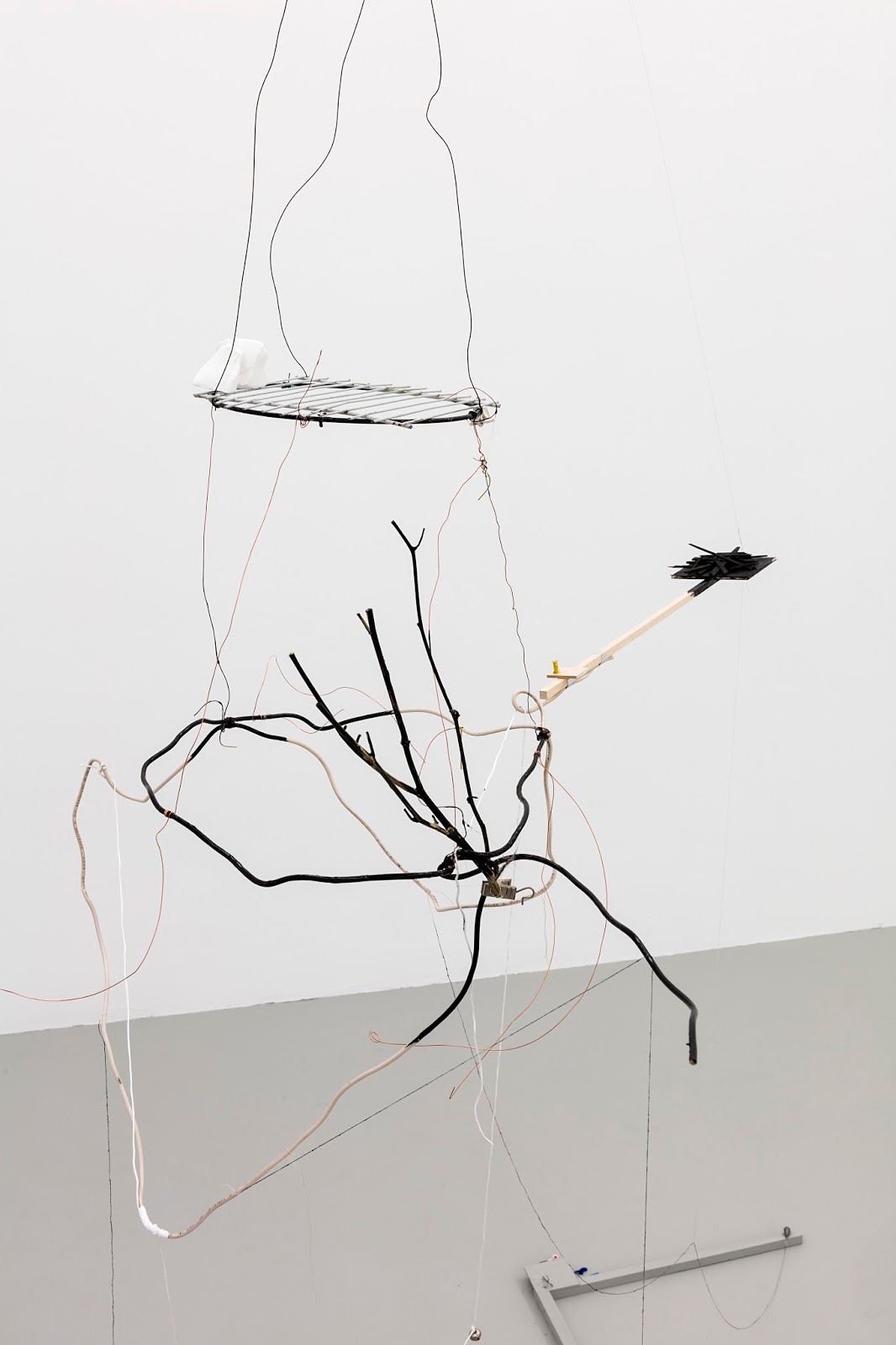 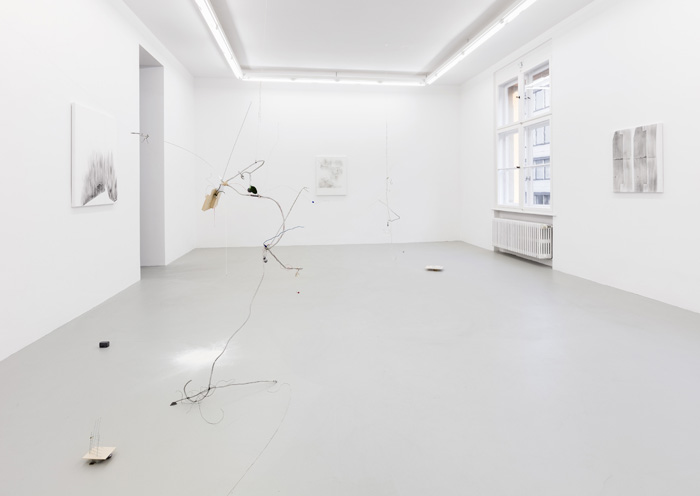 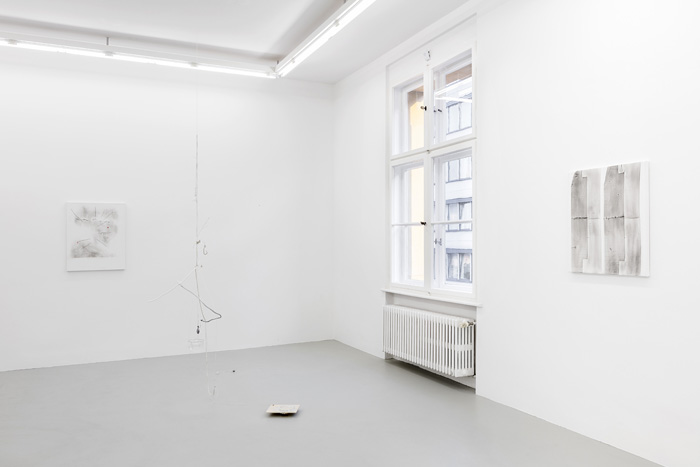 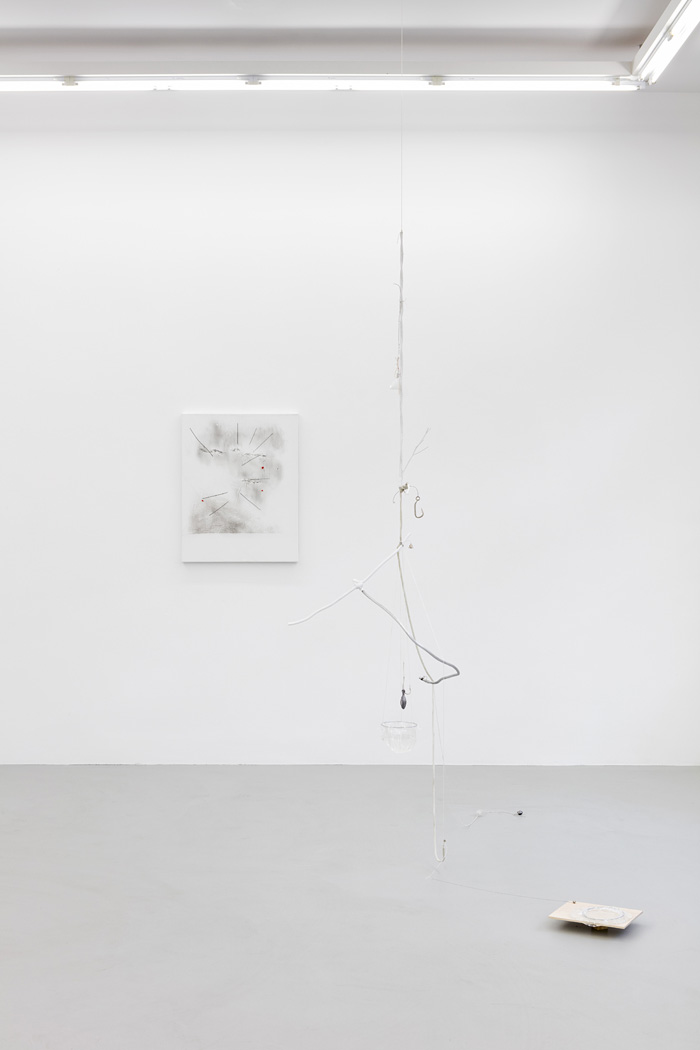 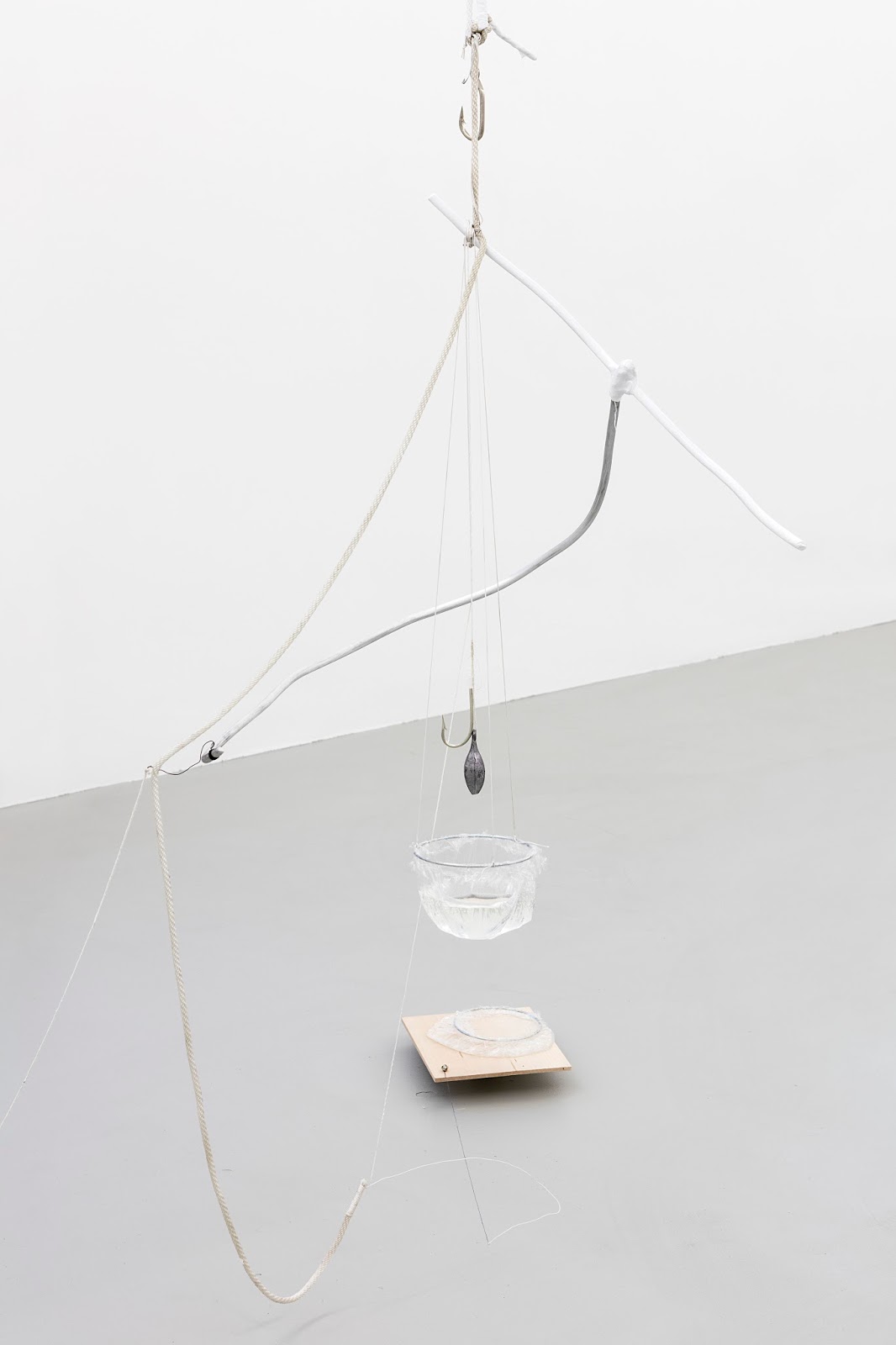 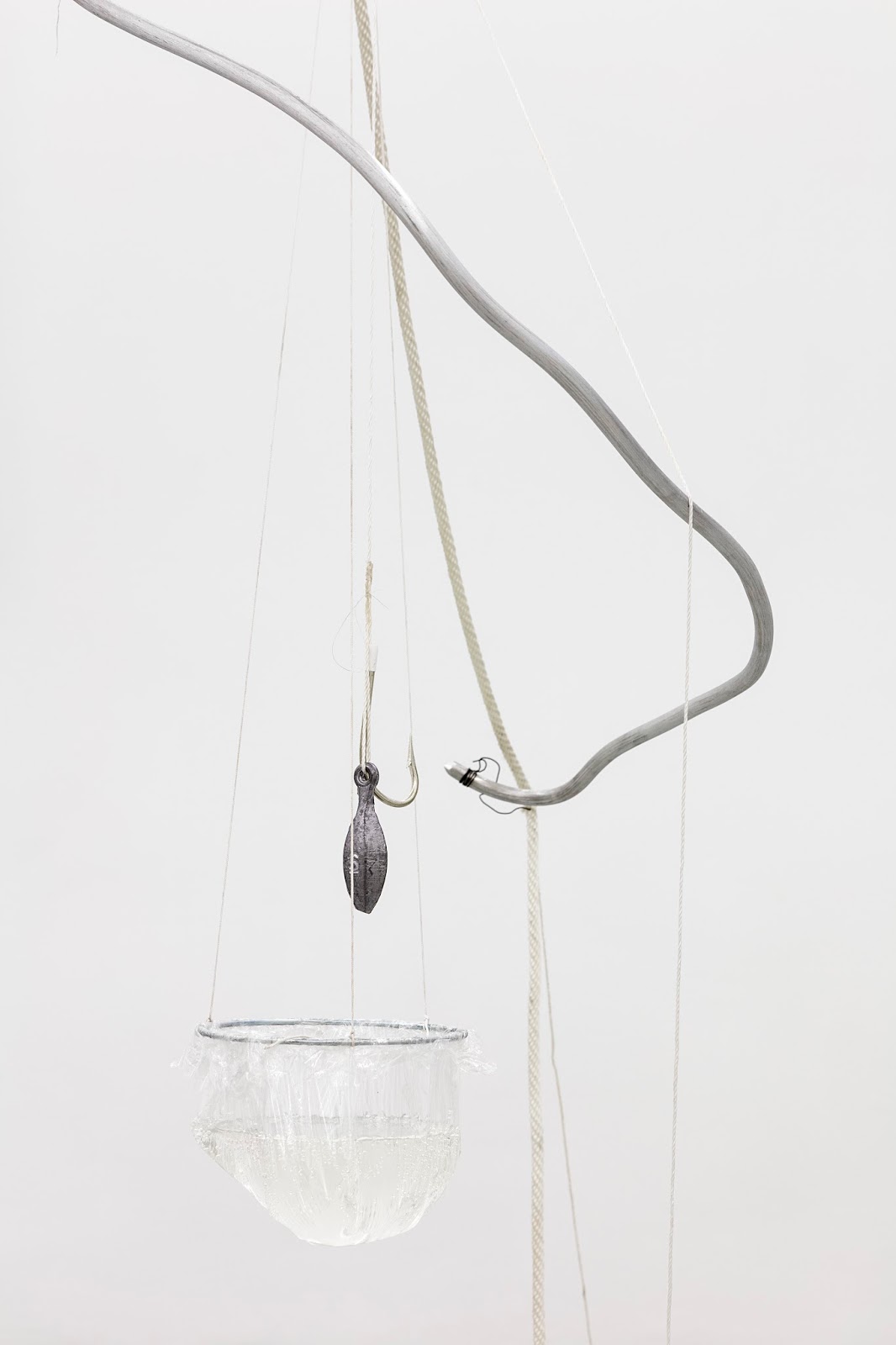 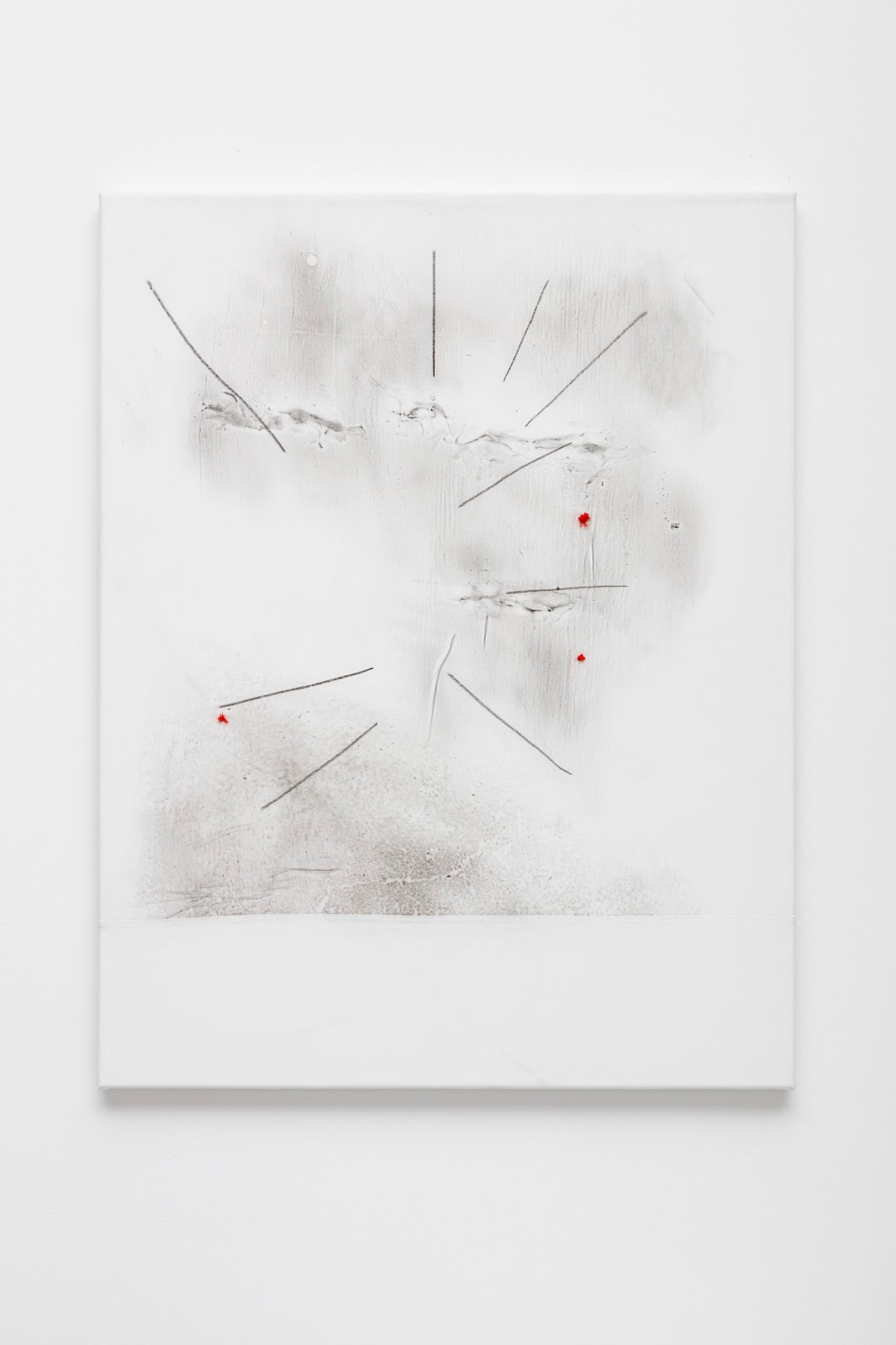 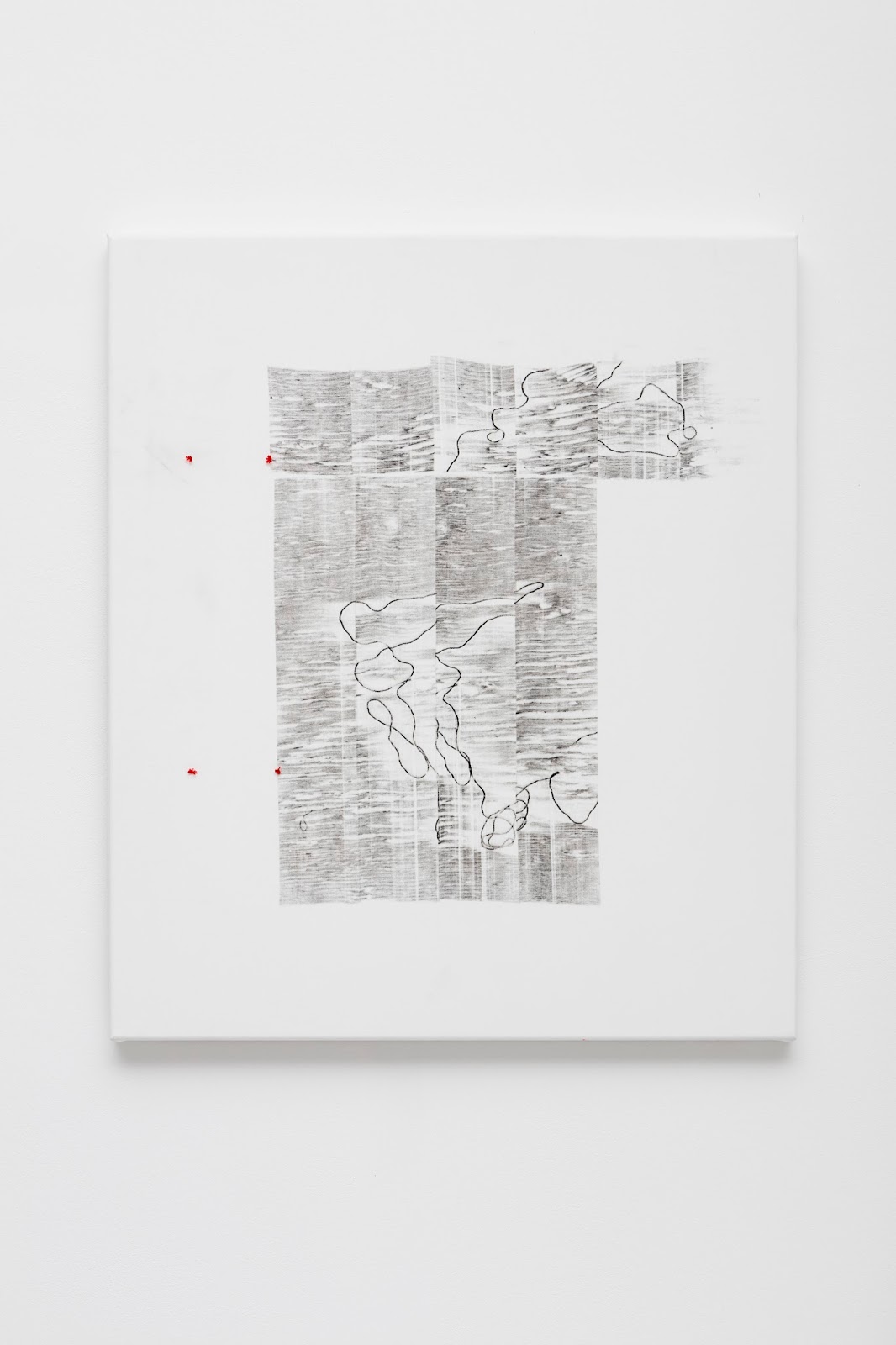 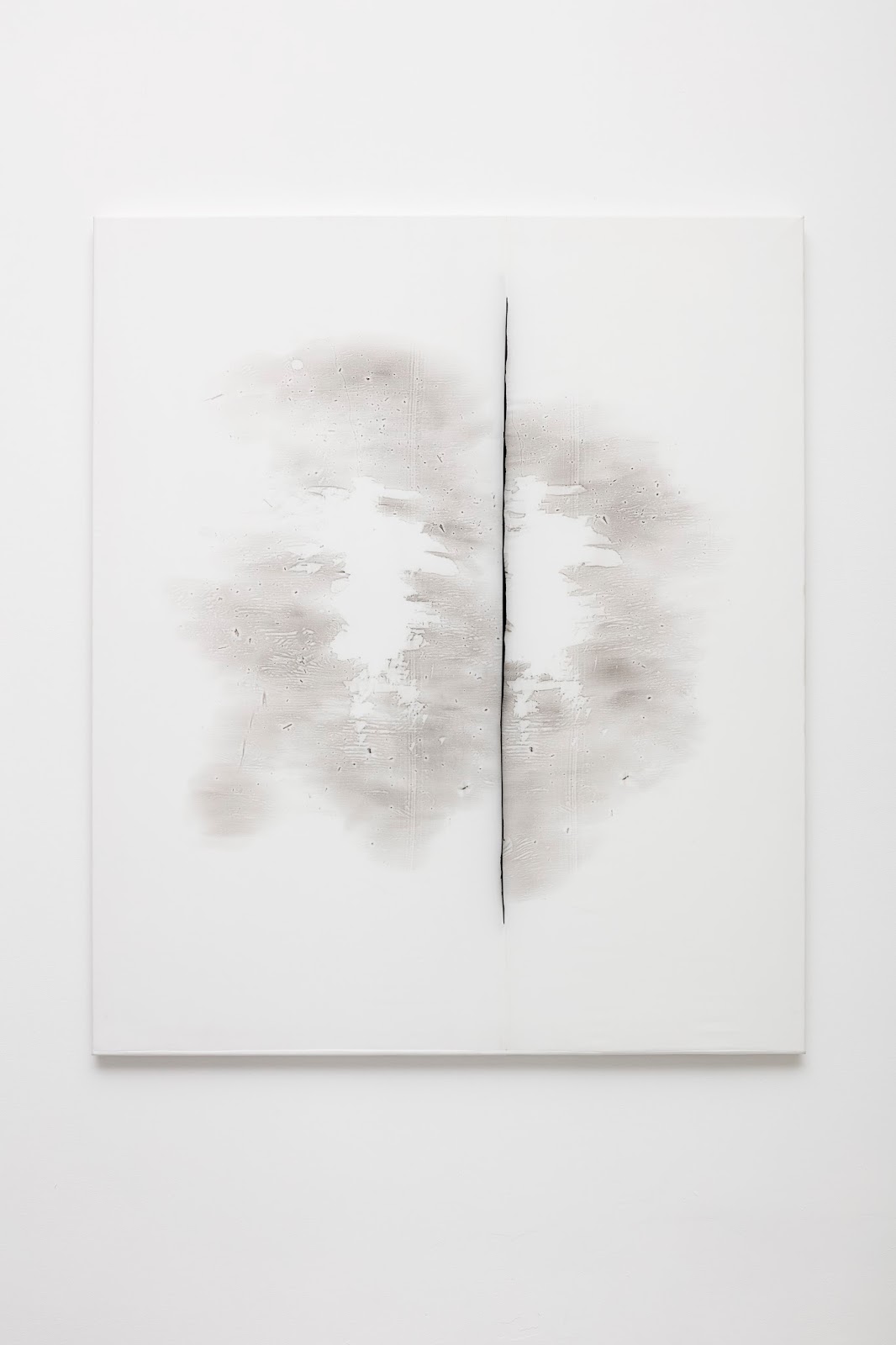 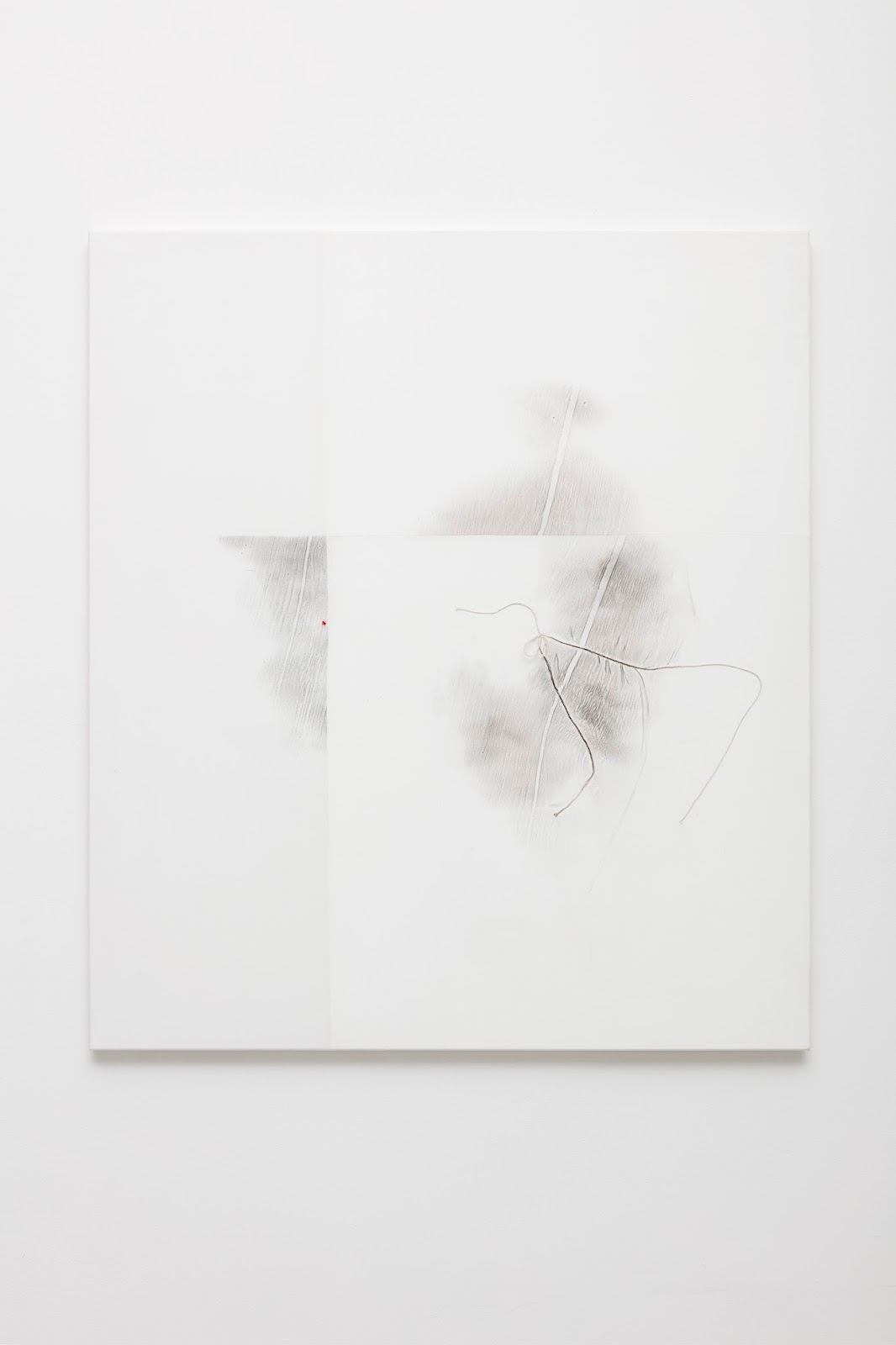 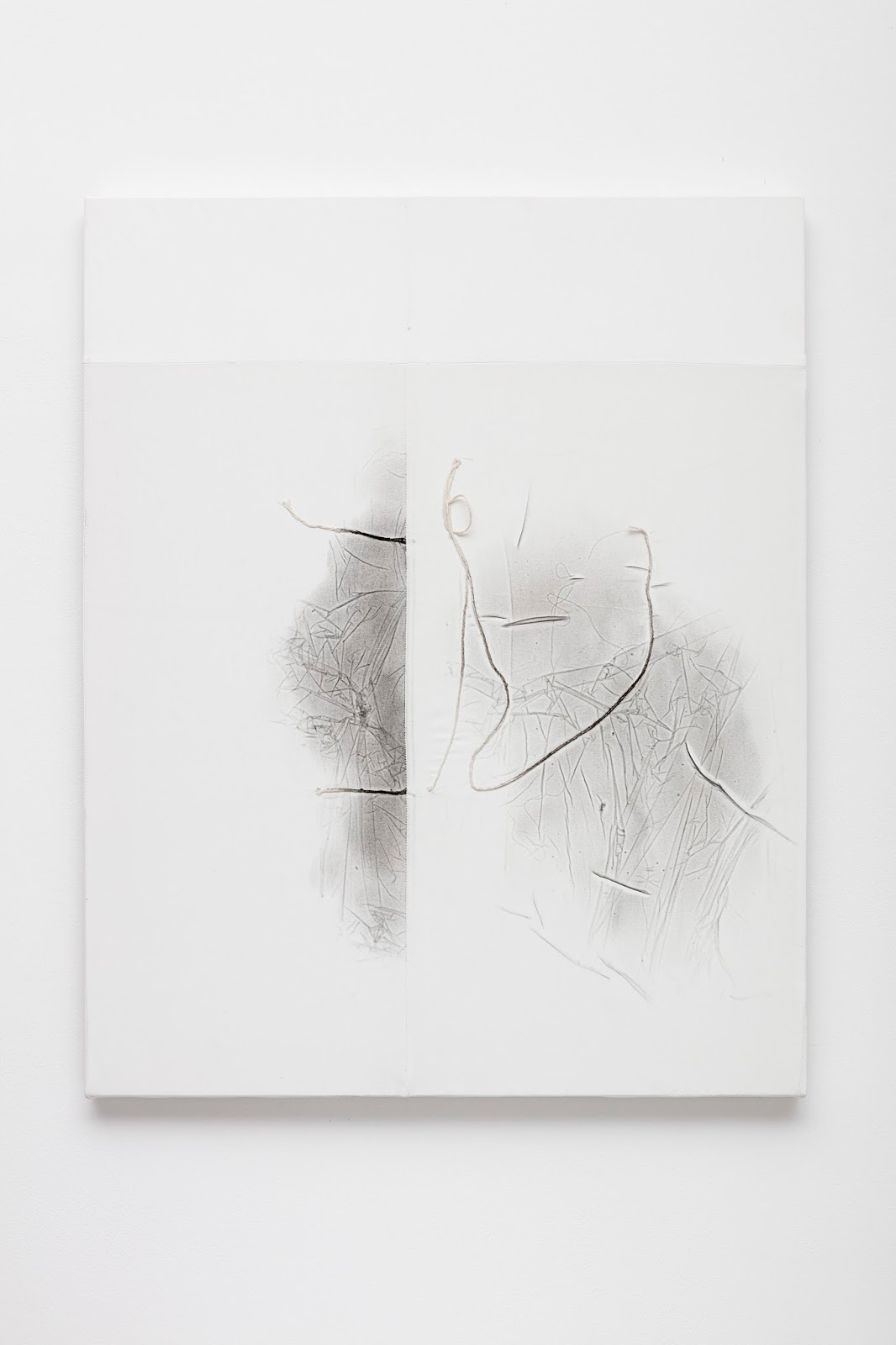 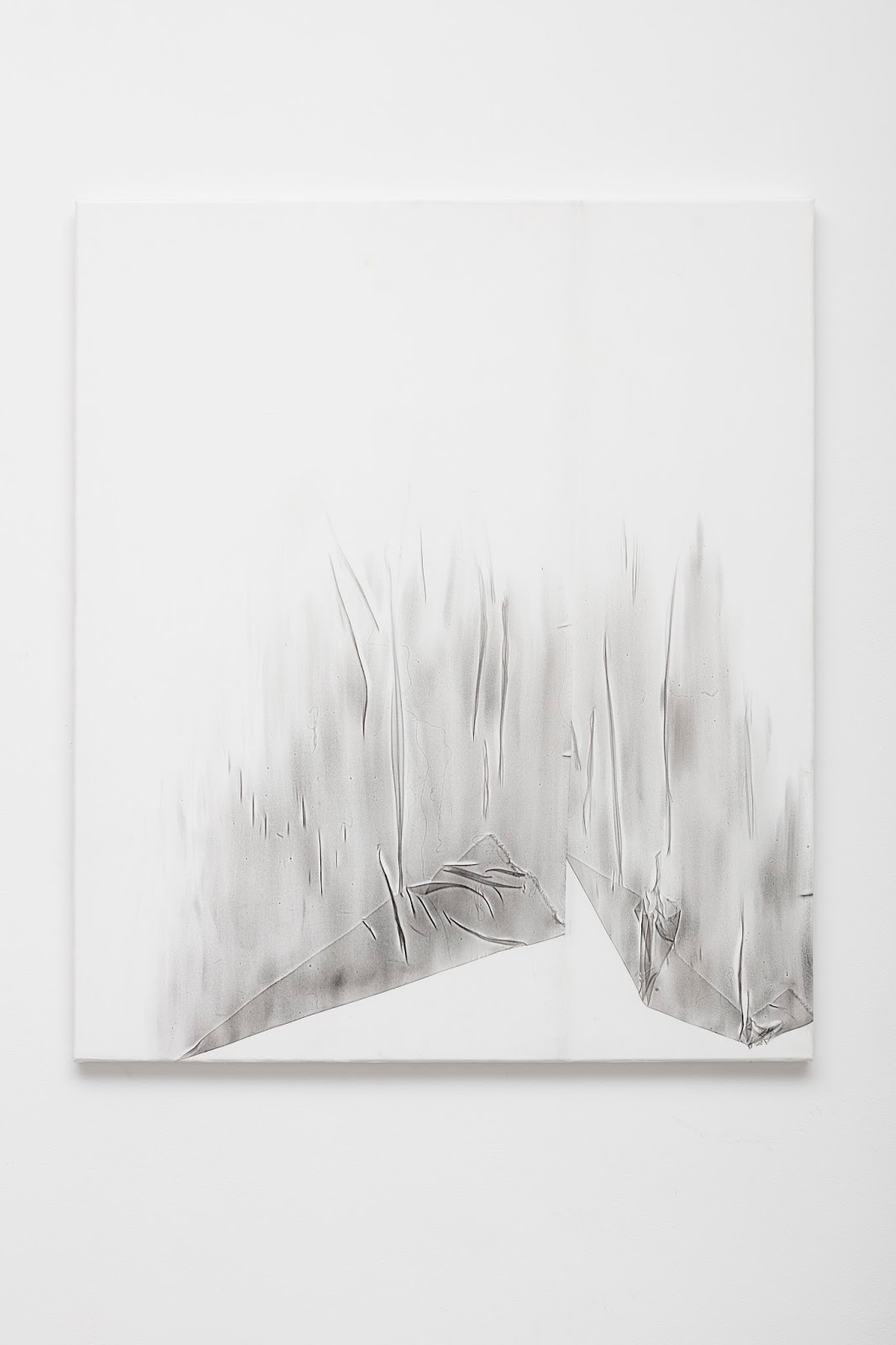 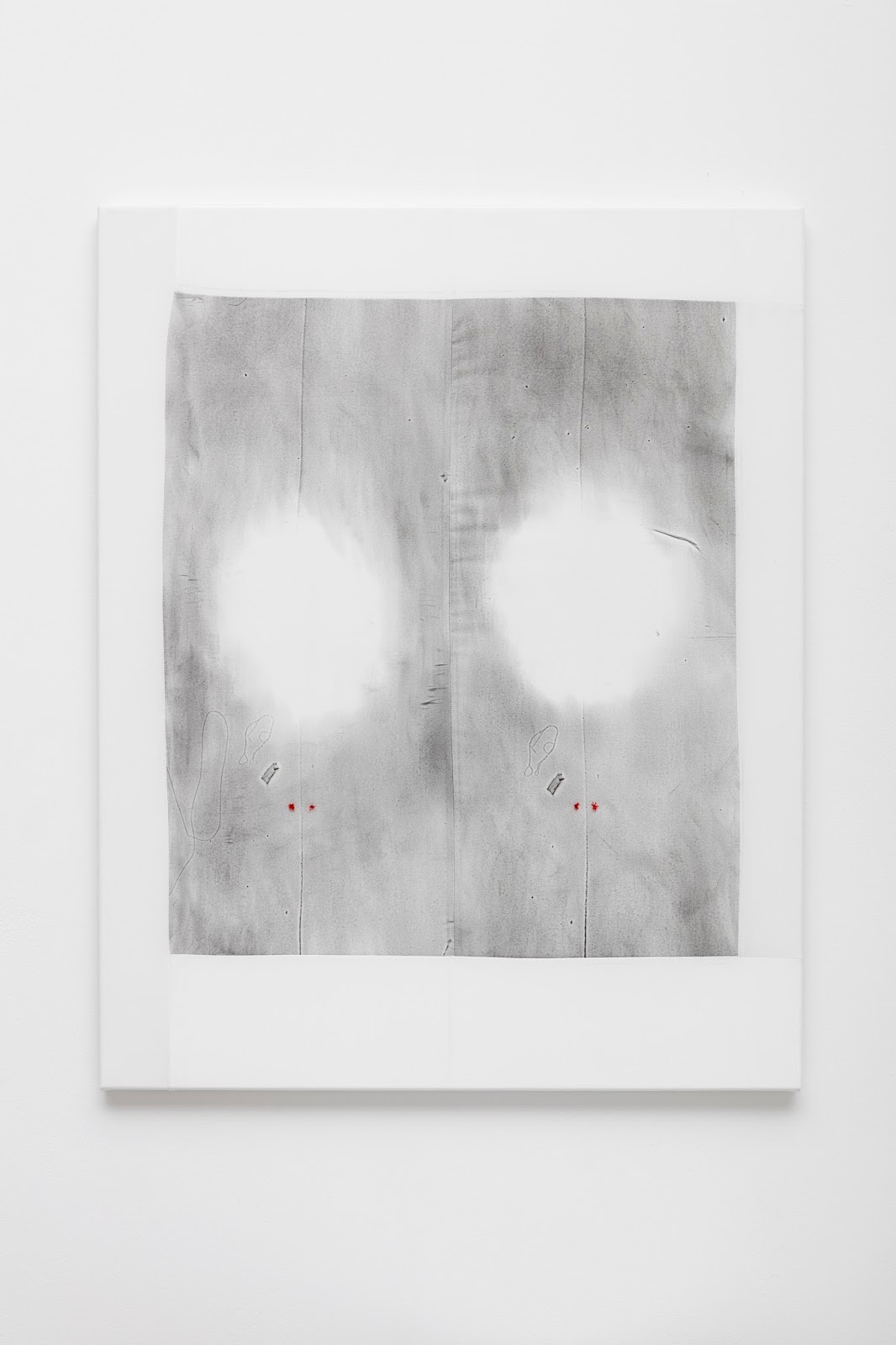 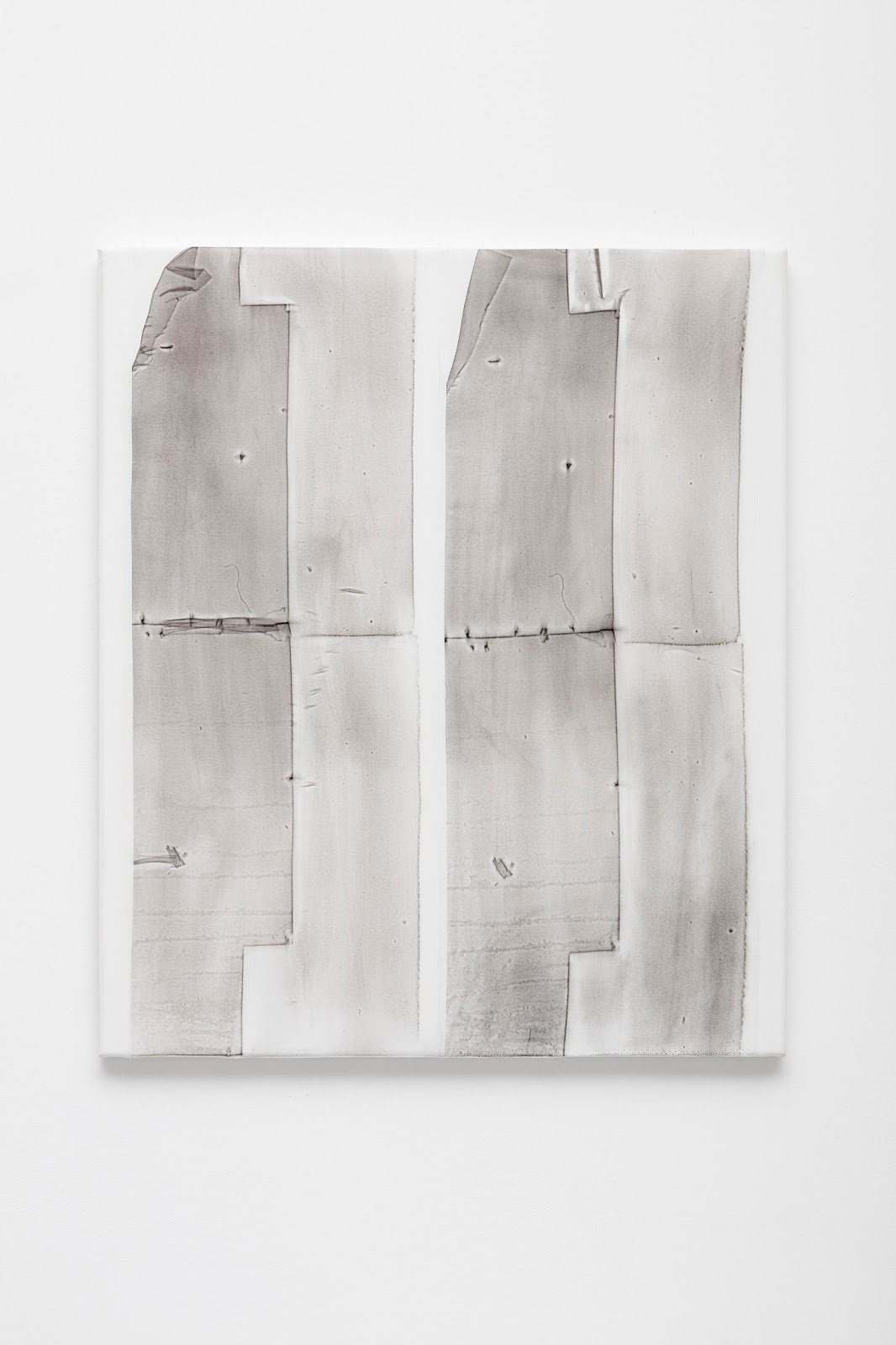 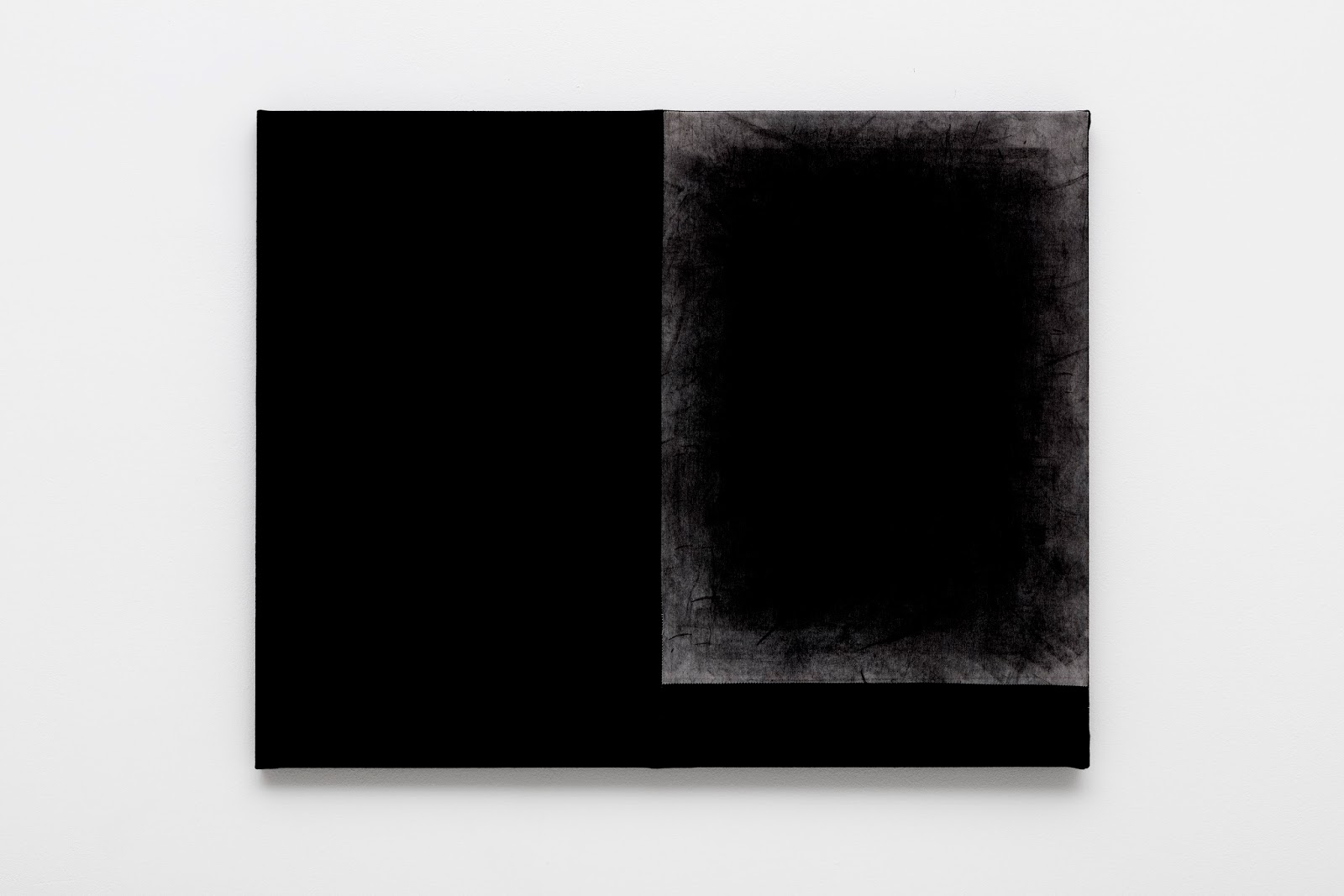 Neumeister Bar-Am is thrilled to present a new body of work by Los Angeles based artist Bryan Morello (1988, San Francisco, CA,) in his first solo exhibition outside the U.S.A.
Traversing sculpture and painting, the objects by Morello deliver a theme of a body agitated by physical constraints or conditions, whereby images are indexical byproducts of the challenge of being-in-space.
The paintings are integral to Morello’s investigations with rubbings and physical image transfers of both his body and materials that he sources from the street. They are generated by the raking of an oil pastel through soft synthetic fabric overlaying textured surfaces resulting in ghost imagery of masonry and wood, with details of string and rope. In this way the body is a scanner, creating photographic, Xerox-like imagery that speak to their repetitive labor. Once stretched on a rectangular support the fabric demonstrates visual presence that is fragmentary and emotive in nature, which is further investigated with small tufts of coloured thread that have pierced the body of the image, that remind us of the physical nature of the image while probing it for content.
Morello’s sculptures dangle from the ceiling like mobiles alluding comical affairs of physics. They could resemble; what’s left on a fishing hook after dragging it through an alley, the aftermath of leaving a young one with full access to the cabinets in the kitchen, or perhaps a Rube Goldberg machine. Apparatuses of soft metal rod, string, wire, lead weights and barbs, miniature lumber, and epoxy clay physically connect via a language of wrapping, tying, and lashing with flourishes of flour and soil. Held from above, each moment is essential to a calculation that accounts its structural performance, yet still delivering a feeling of fragility and danger. On the extremity of the armatures, the material connections become a stage that suggest an ill manner of game or ritual that offers the “next move” to the viewer.
Conjuring the artist’s previous work, which more directly suggests a link between sexuality and physical encounters of the material environment, this new work sublimates that tension, to stage a dialogue that veers between playful horror and contemplative pleasure of environmental forces. In the sculptures, friction and gravity are agents in a theatre of unintended events that have found a form of stewardship in the hands of the artist. In the paintings, the literal scraping, rubbing, and chafing of materials becomes a meditation on the indexical nature of imagery. Between the two, we begin to locate a burgeoning narrative that elaborates on the semantic conflict between embodied minds and the forces that govern them.
Text by Matt Endler