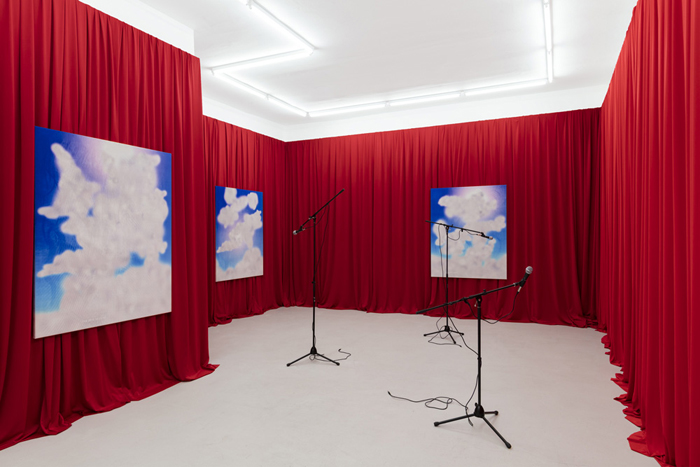 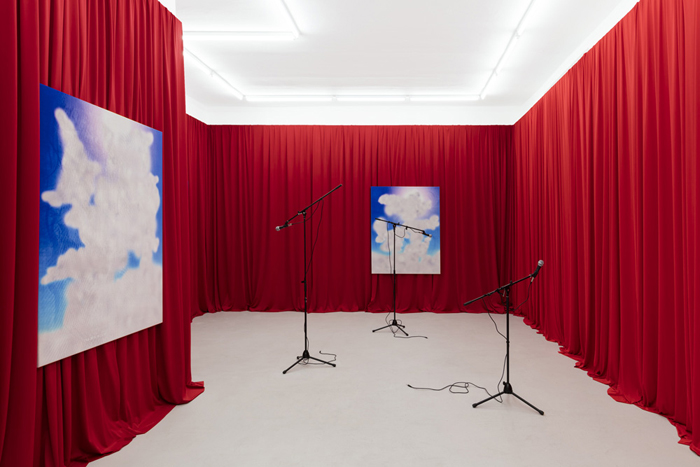 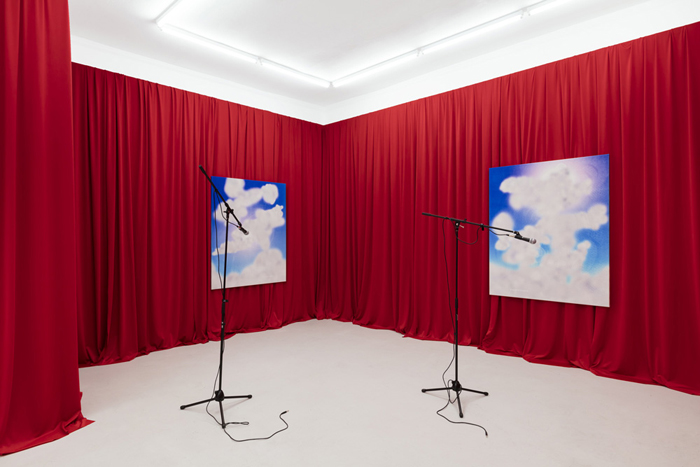 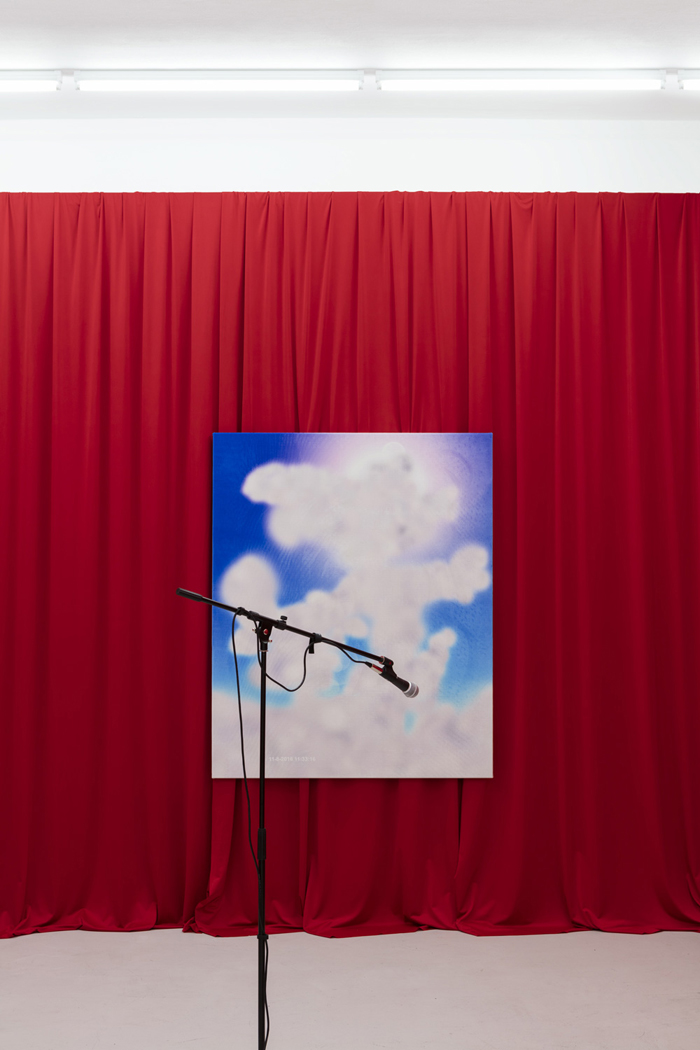 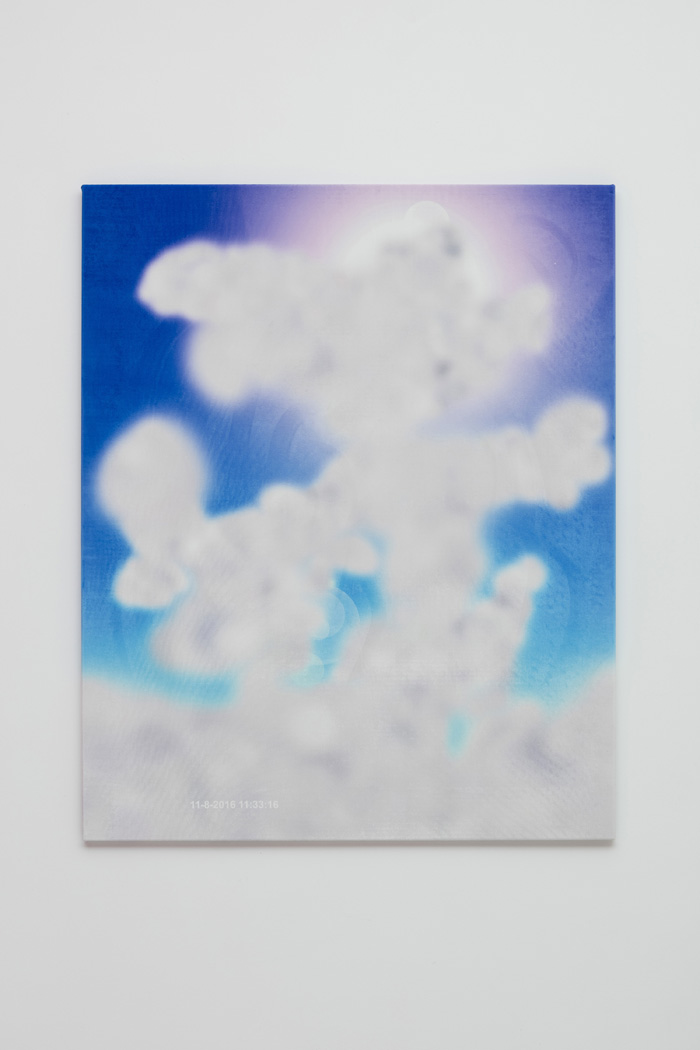 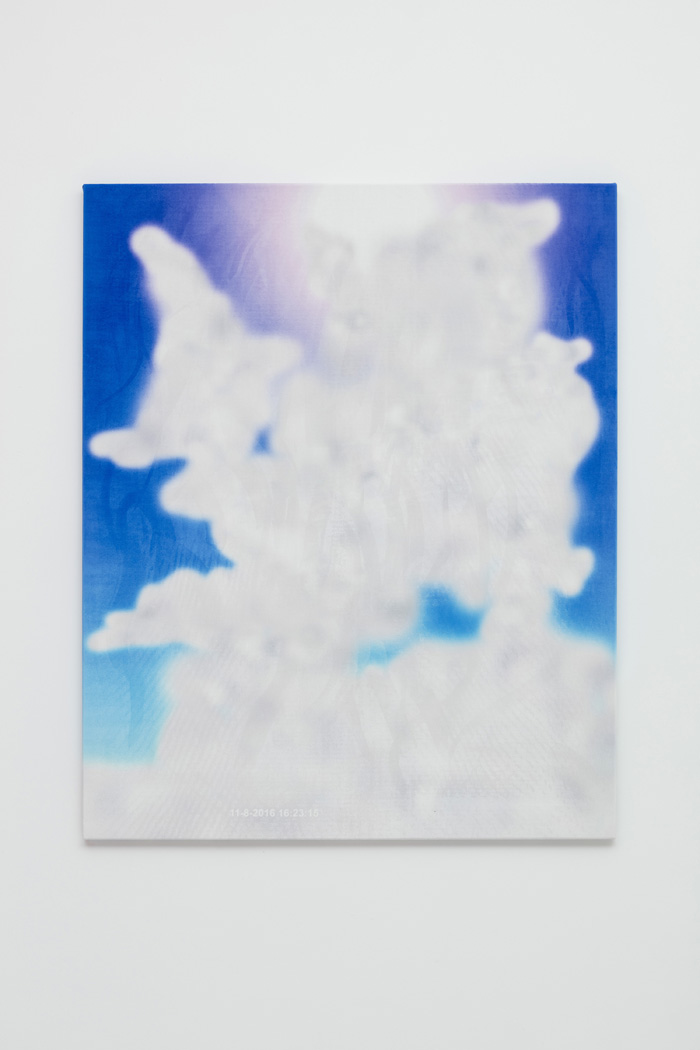 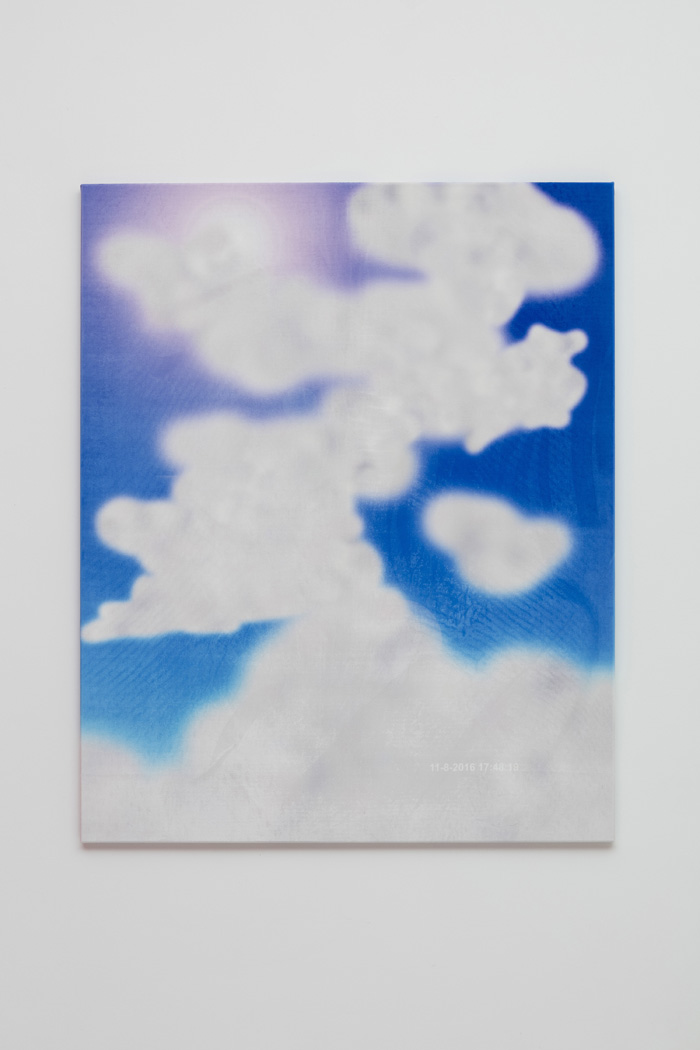 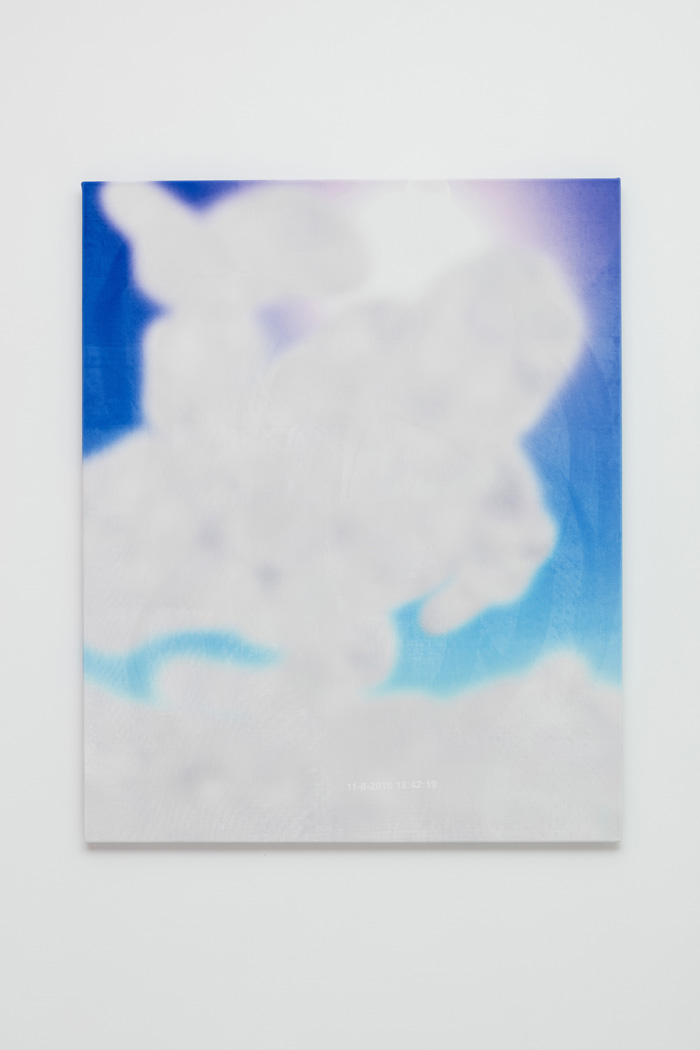 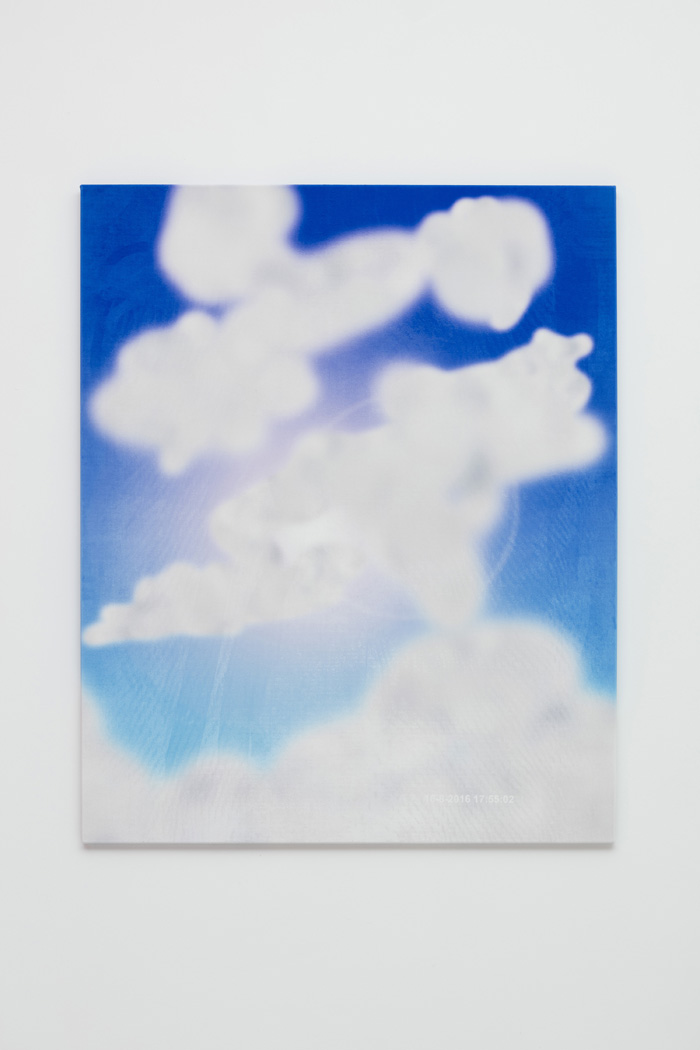 DADABASE is the first presentation of a new body of work on a silent stage. The exhibition extends upon the artists history of pressing digital paintings to unusually tactile and robust soft surfaces, a contrast with popular notions of what it is to be digital or screen based. In this new body of work a metallic thread allows the work to shift as the viewer alters position, with brush strokes that appear and disappear from view.

When we see faces or figures in the clouds, it is Pareidolia - a psychological phenomenon wherein the mind perceives a familiar pattern of something where none actually exists. DADABASE makes a humorous case for the space between representation and abstraction at a time when the art market has forced a new trend, having foolishly exhausted a previous one. A seasonal pendulum between figurative and non-figurative painting is now conflicted. If the cloud now stands to represent data visualization, file storage and access, then perhaps digital culture shifts in similar ways with no precise edge. One thing is certain, the cloud has been commercially repurposed from an actual element of weather cycles, toward a symbolic representation of the network and digital masses.

Throughout the entire history of Western landscape painting we are presented with a ground zero perspective from below the clouds looking upward, often with reverence. Perhaps in the 21st century we are equally as familiar with the view from the flight window, looking down on the clouds from above. The sky is no longer sacred, the tourist in the climate, computer-guided by a new trust, a newer risk - all rendered bright under the brilliant glow of the sun. You have landed safely on an island, some passengers immediately applaud while others boot their phones for a local data signal, eager to navigate or to see what they have missed.

Ry David Bradley (1979 Melbourne, Australia) studied at the Victorian College of Arts (MFA). In 2009 he founded Painted, Etc., a global research blog with an audience of 150,000 followers for painting and digital culture. Recent institutional shows include; Painting, More Painting, The Australian Centre for Contemporary Art, 2016; Face to Face, Palazzo Fruscione, 2016; Art of the Matter, Contemporary Art Musuem St Louis, 2016; and Artspace, Sydney (forthcoming). He has presented solo and group exhibitions in; New York, London, Milan, Kansas City, Basel, Cologne, Sydney, Los Angeles and Melbourne. His work is held in the National Gallery of Victoria and significant private international collections including the Aldala Collection.

For more information and a catalog of available work please contact: tcr@thecomposingrooms.com