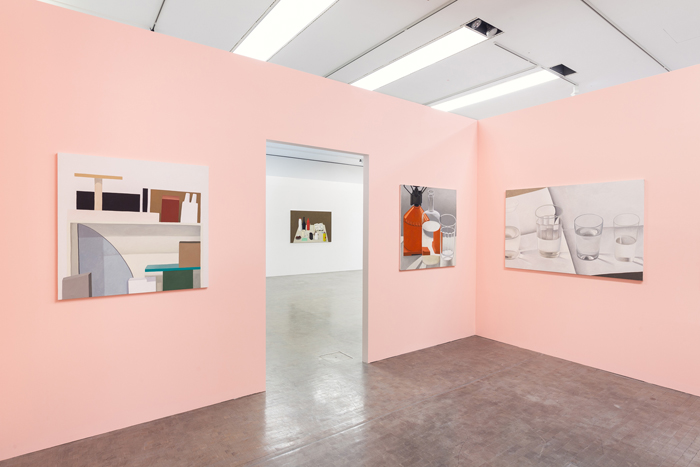 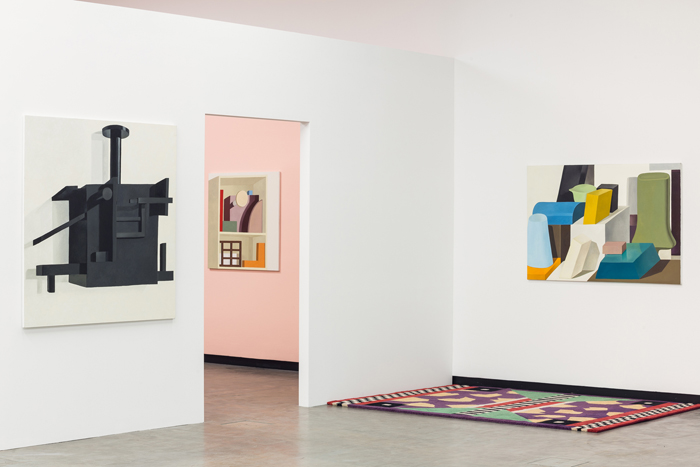 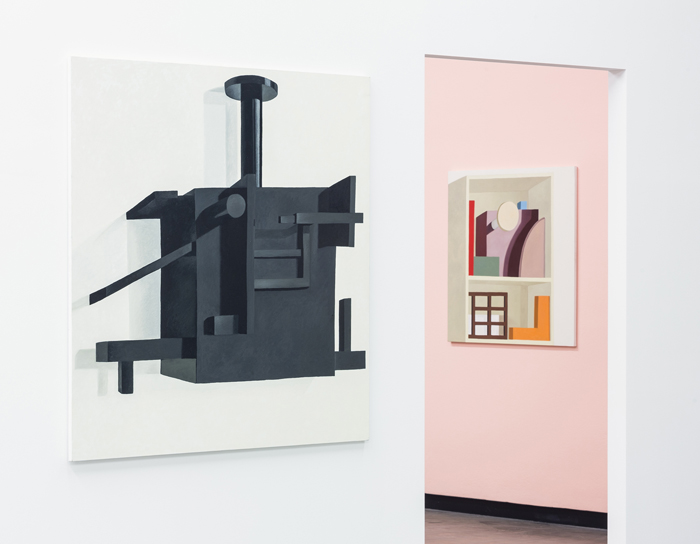 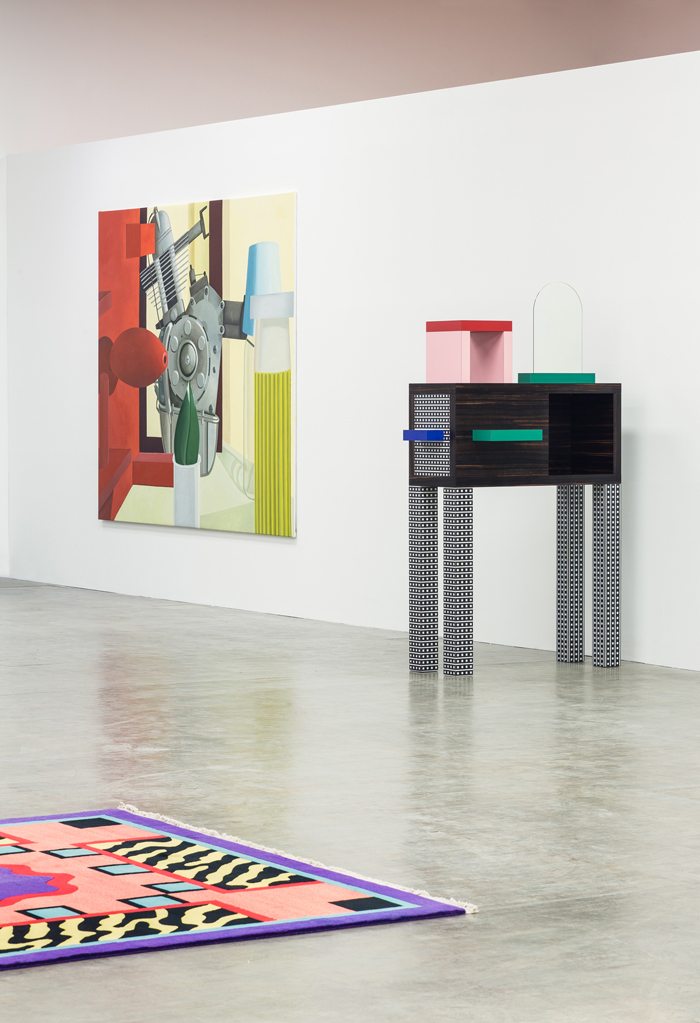 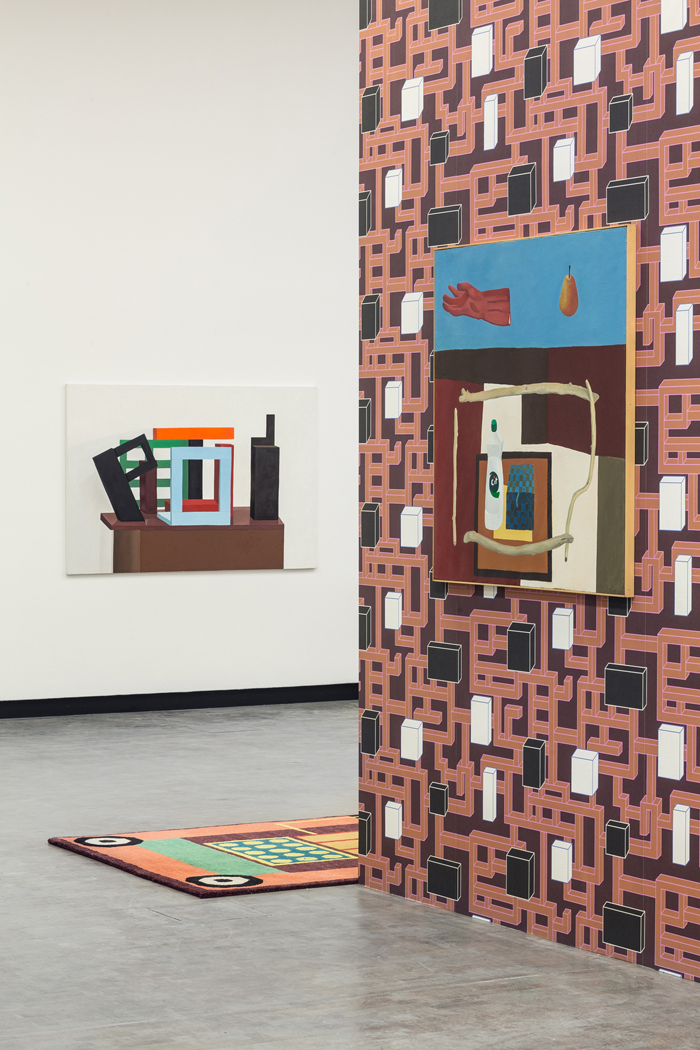 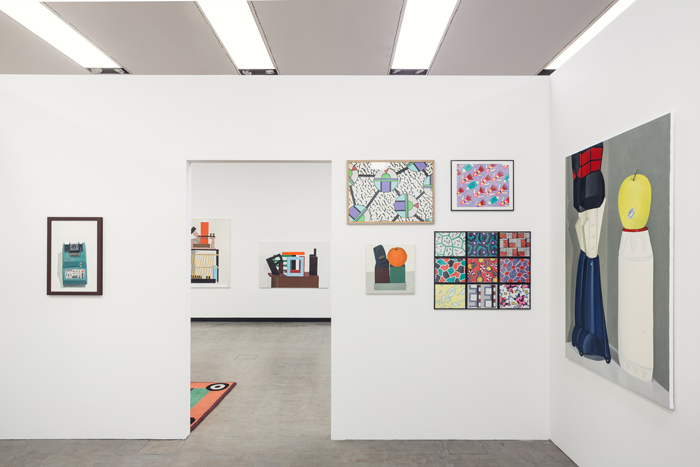 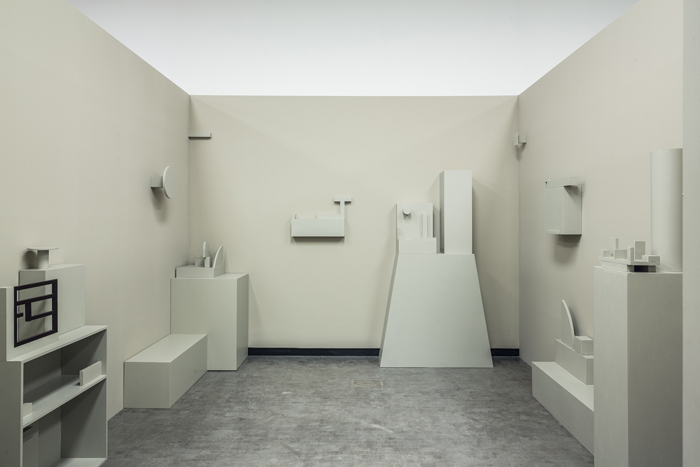 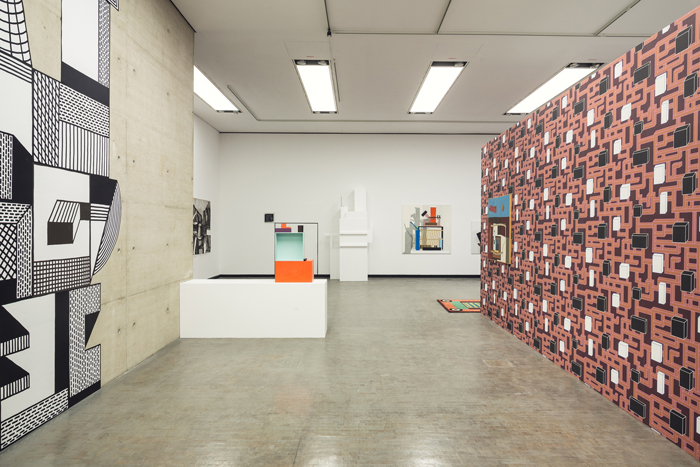 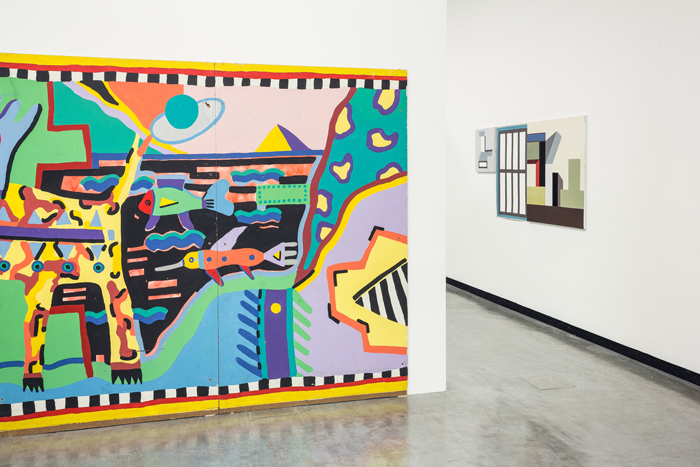 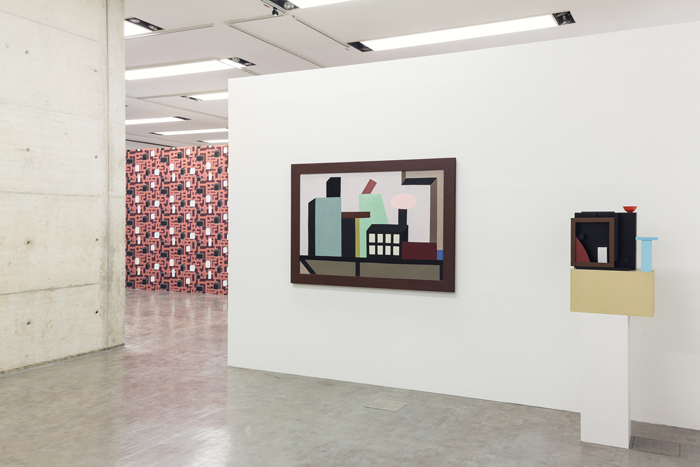 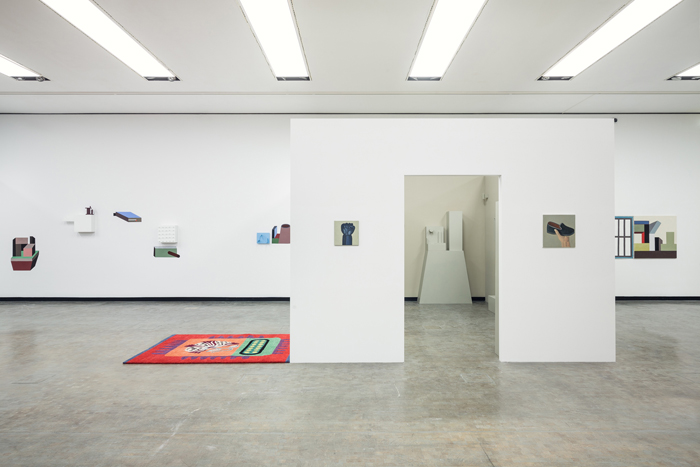 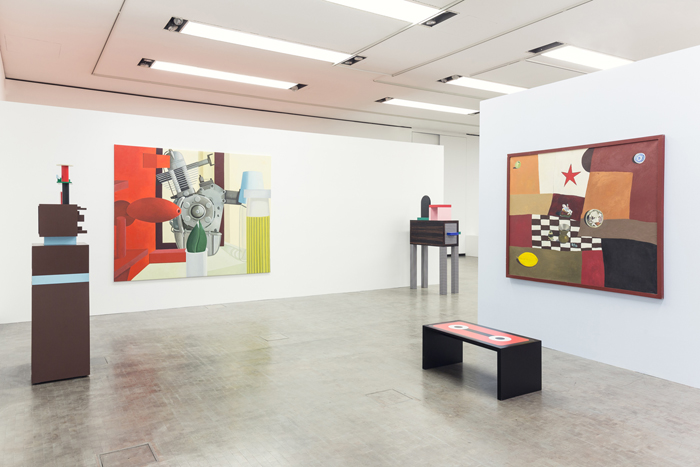 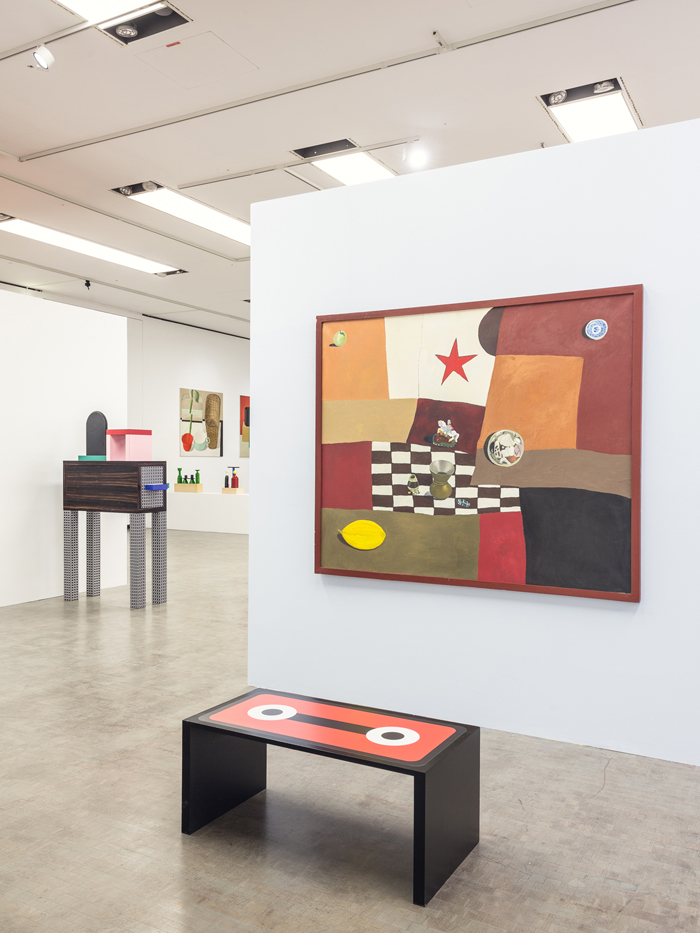 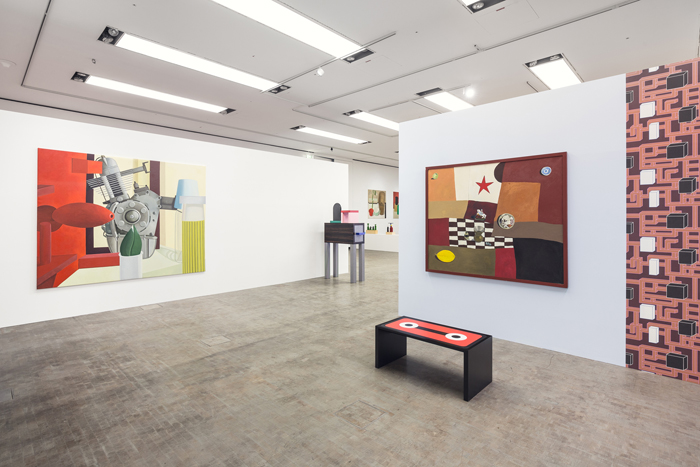 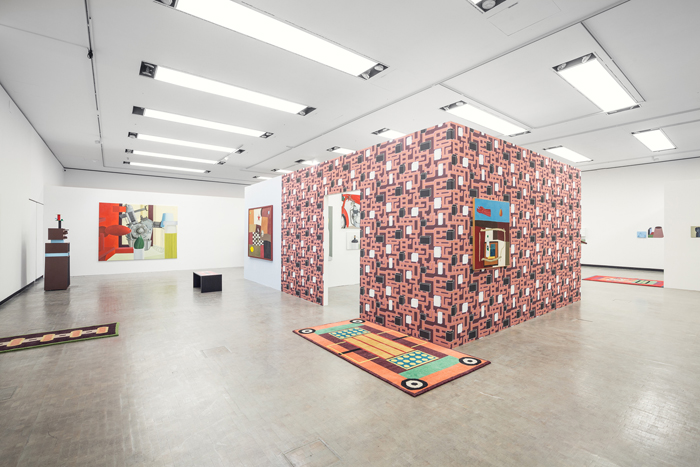 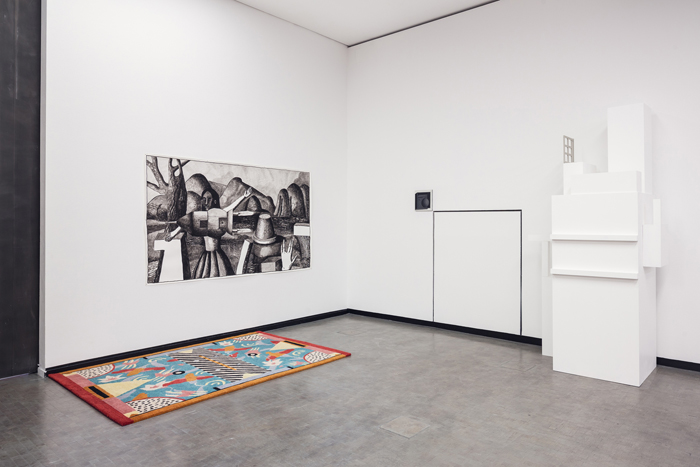 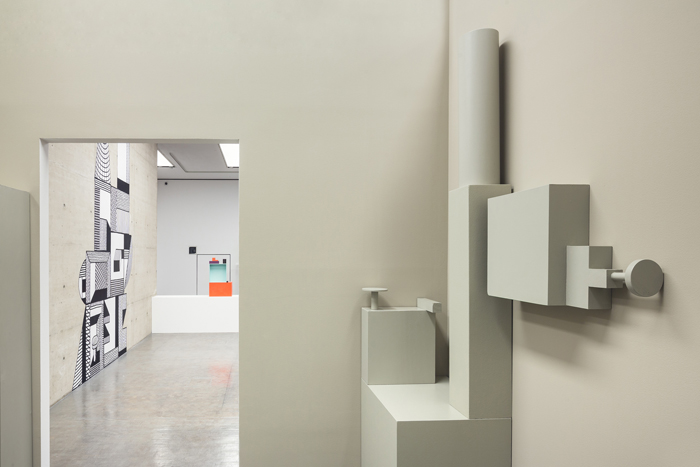 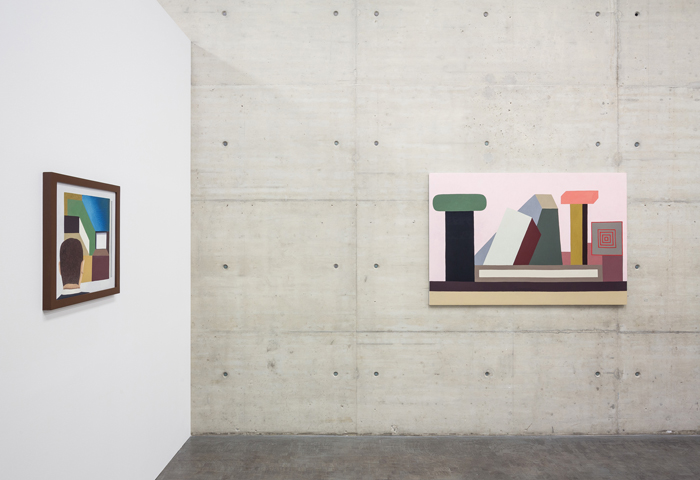 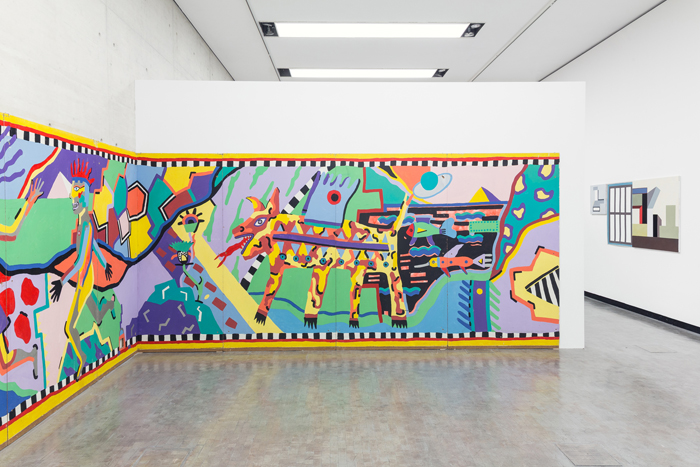 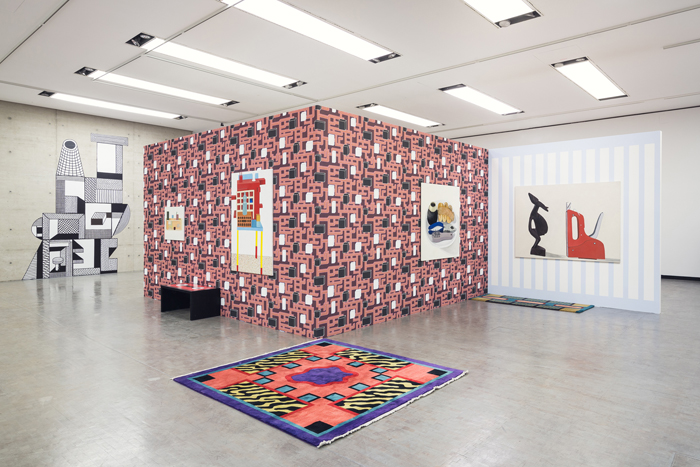 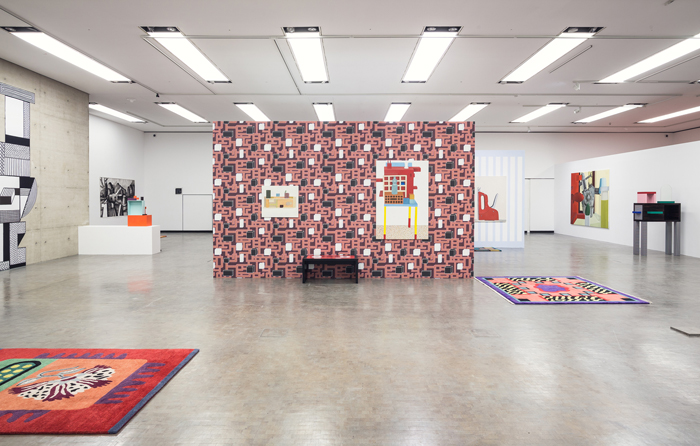 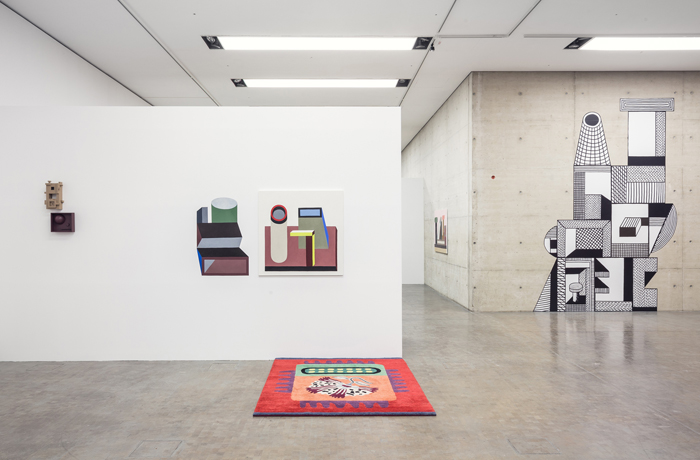 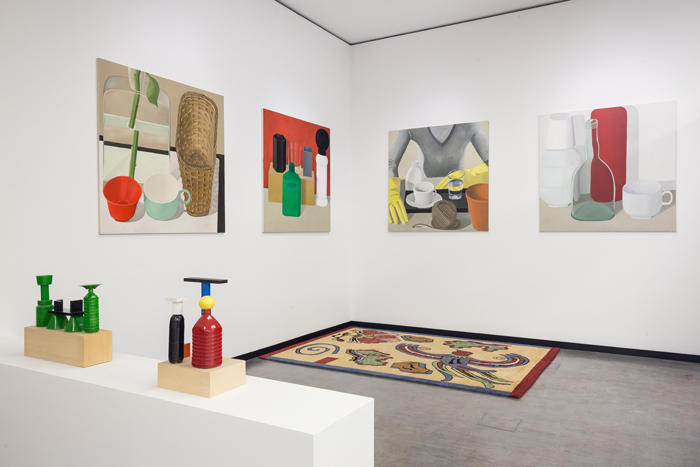 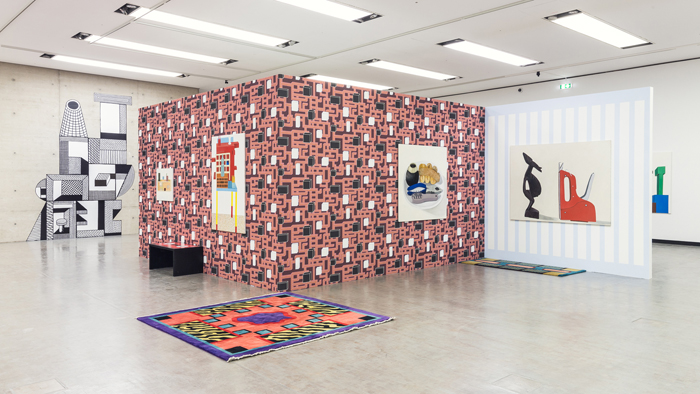 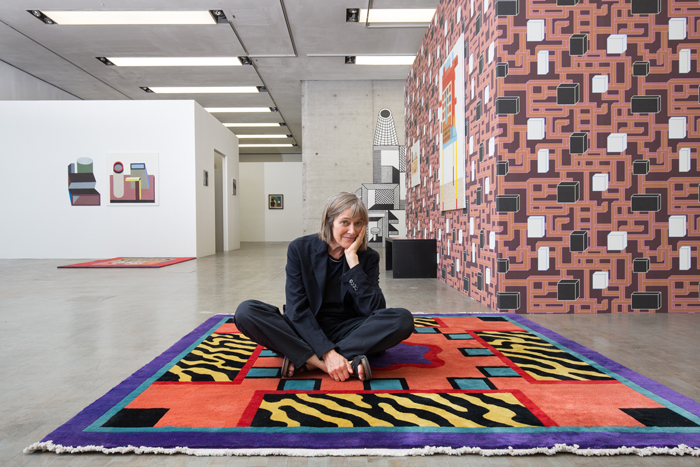 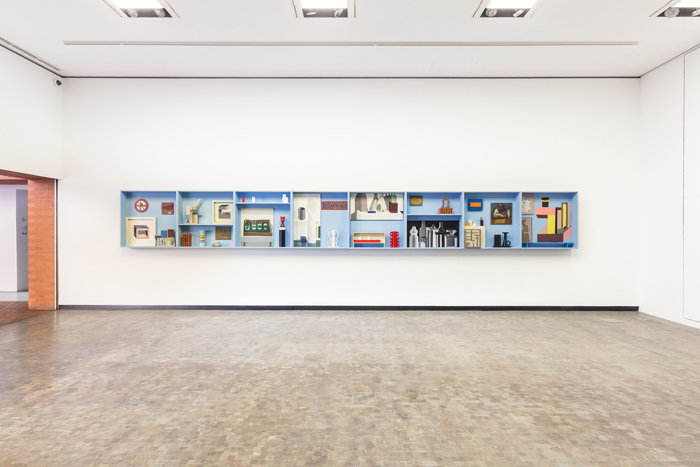 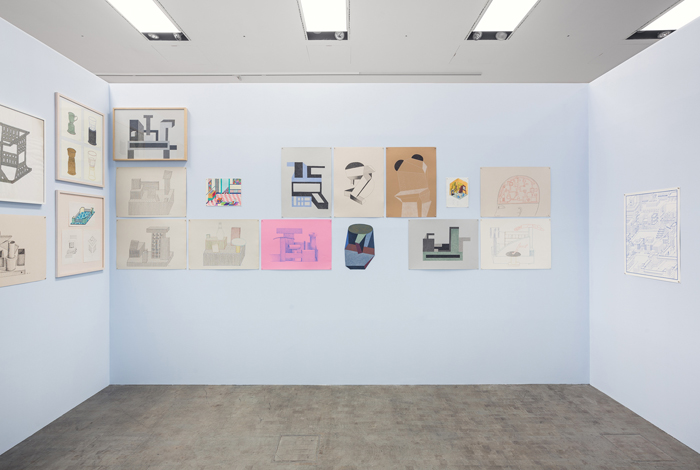 Self-taught artist and designer Nathalie Du Pasquier was born in Bordeaux, France, in 1957. She lives in Milan. Between 1975 and 1977, she traveled extensively—in particular in Africa—and her experiences during that time informed her later work. Between 1981 and 1986, Du Pasquier worked as a designer. She was a founding member of Memphis, the influential post-modernist design and architecture collective created under the leadership of Ettore Sottsass. During this period she designed vibrant and graphic surface patterns for numerous textiles, carpets, and plastic laminates, as well as objects and furniture. Her design was influenced by the African textile patterns as well as Wiener Werkstätte, Arts and Crafts, and William Morris. Since 1987, Du Pasquier has dedicated herself to painting, though she occasionally still does design work. Most of her paintings are still lifes however the recent works don’t depict a group of things but instead portray a relationship between forms. In general her work is concerned with arrangements circulating between existing things, paintings and three-dimensional objects. In this sense it does not have to do with decorating objects. In recent years younger generations have shown a lot of interest in her work thanks to the internet.
The show at Kunsthalle Wien will be the first comprehensive exhibition in an international institution and will present a journey through her work (from the time of Memphis design to her later preoccupation with painting and sculpture).
Tags Lazy exhibitions
Newer Post Older Post Home