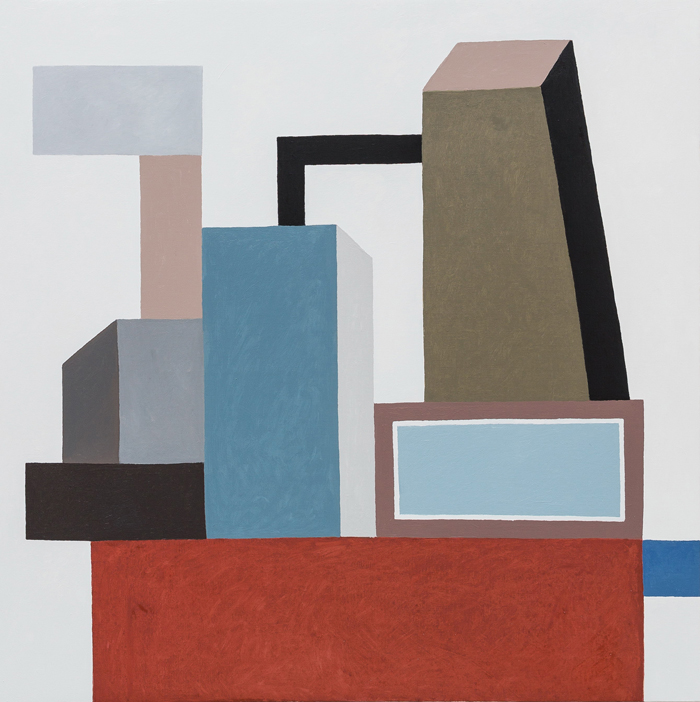 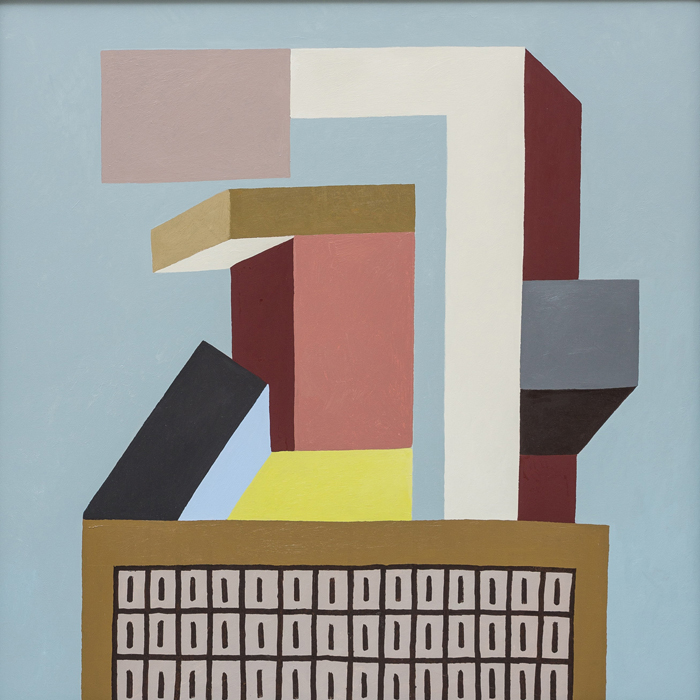 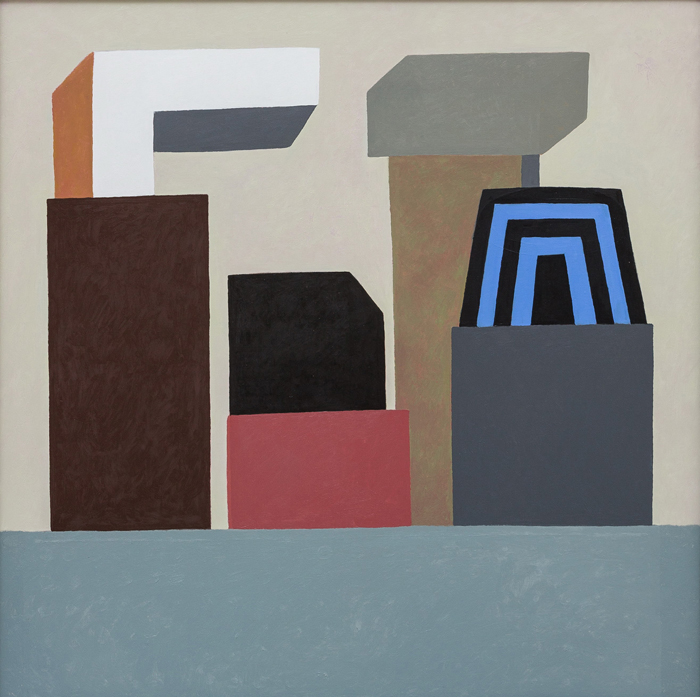 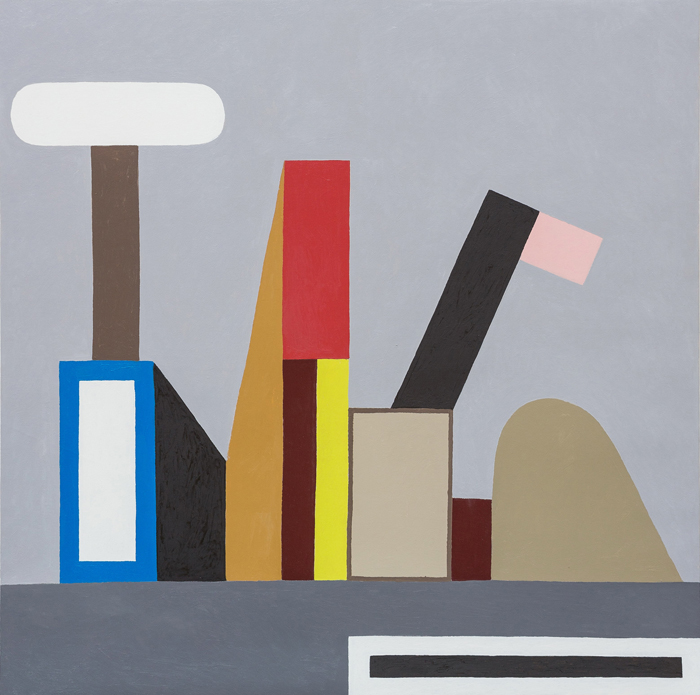 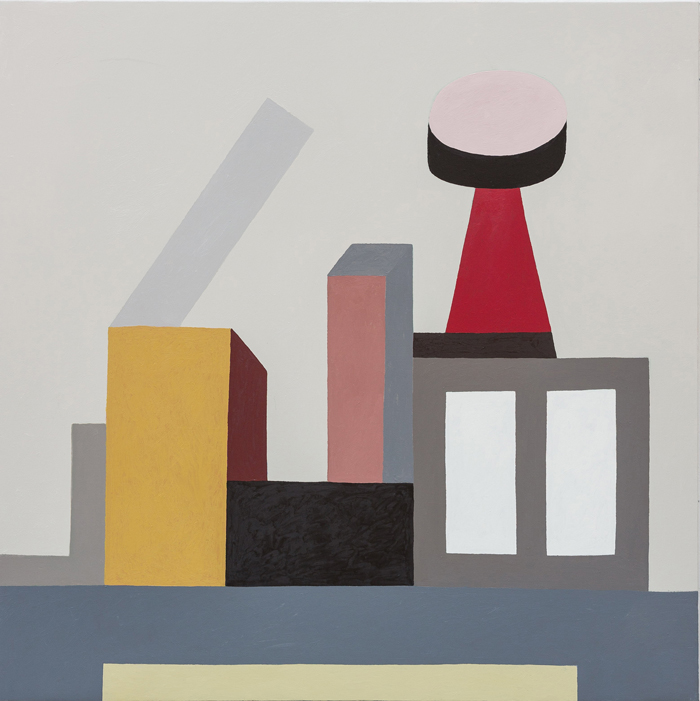 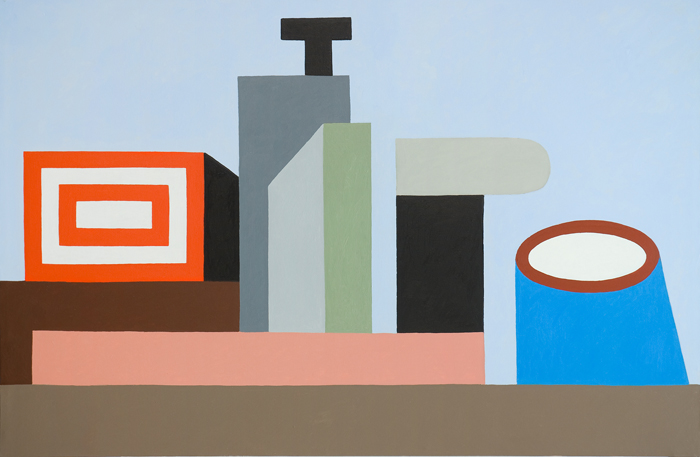 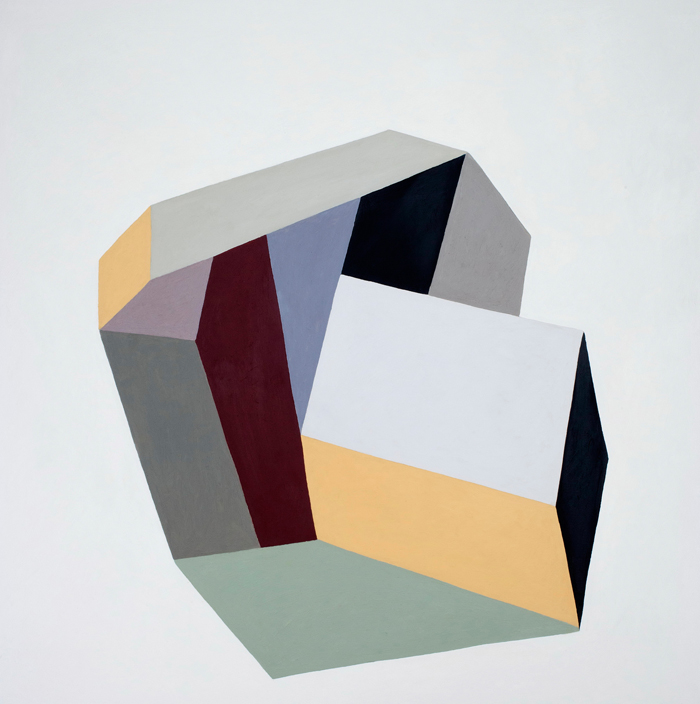 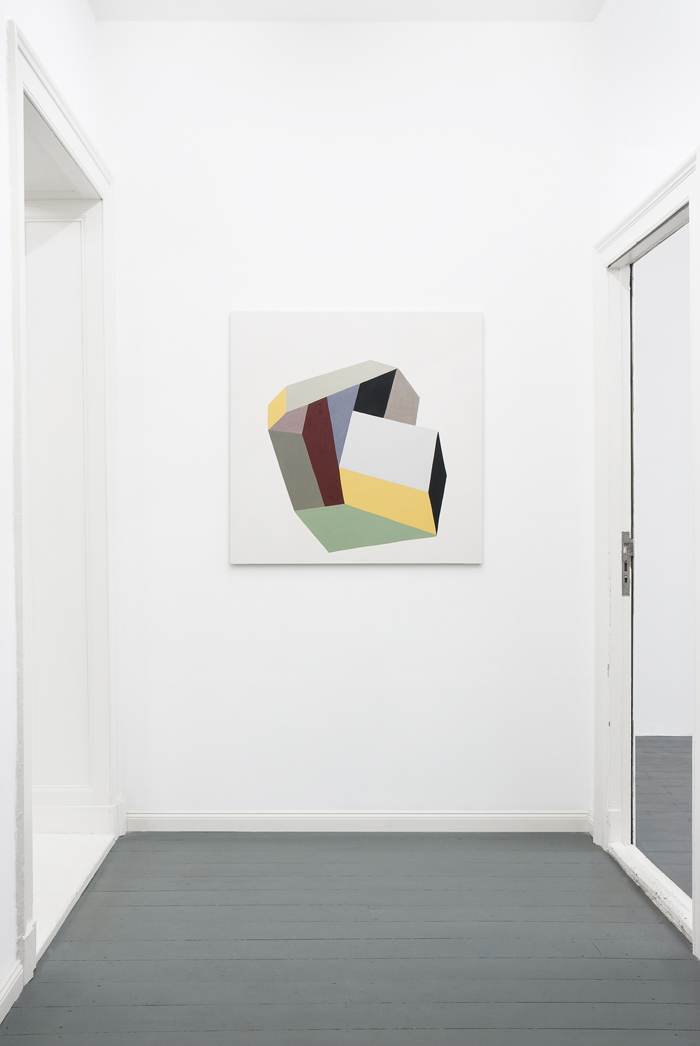 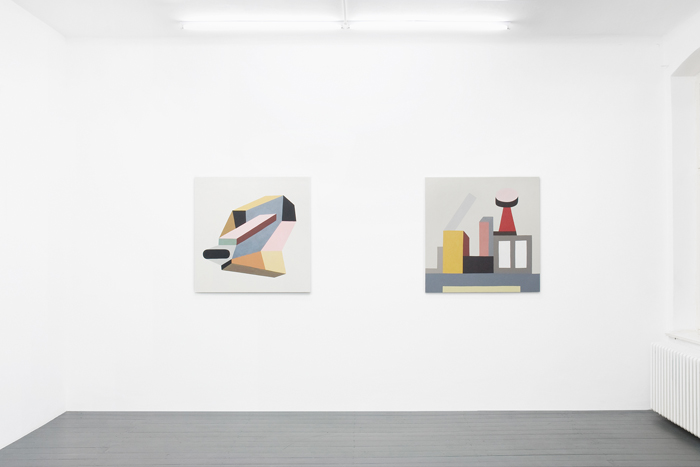 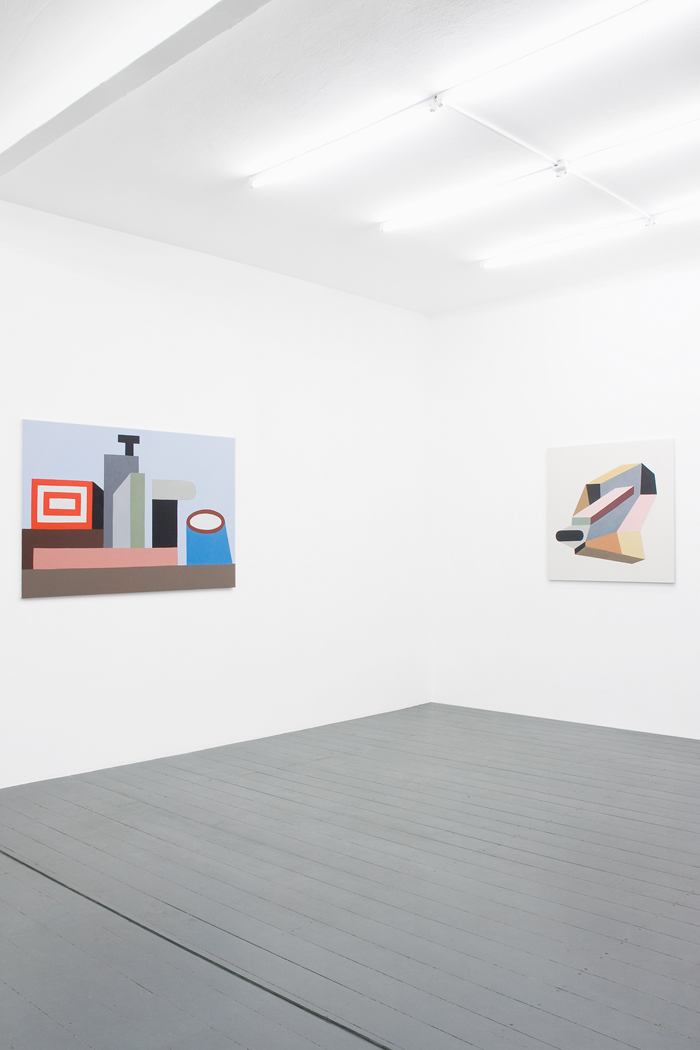 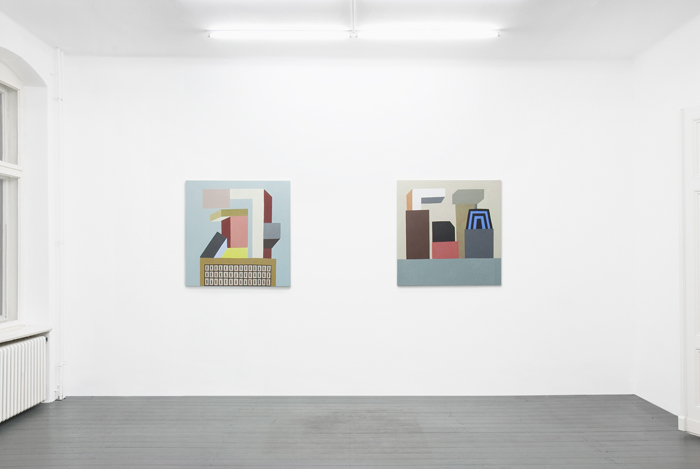 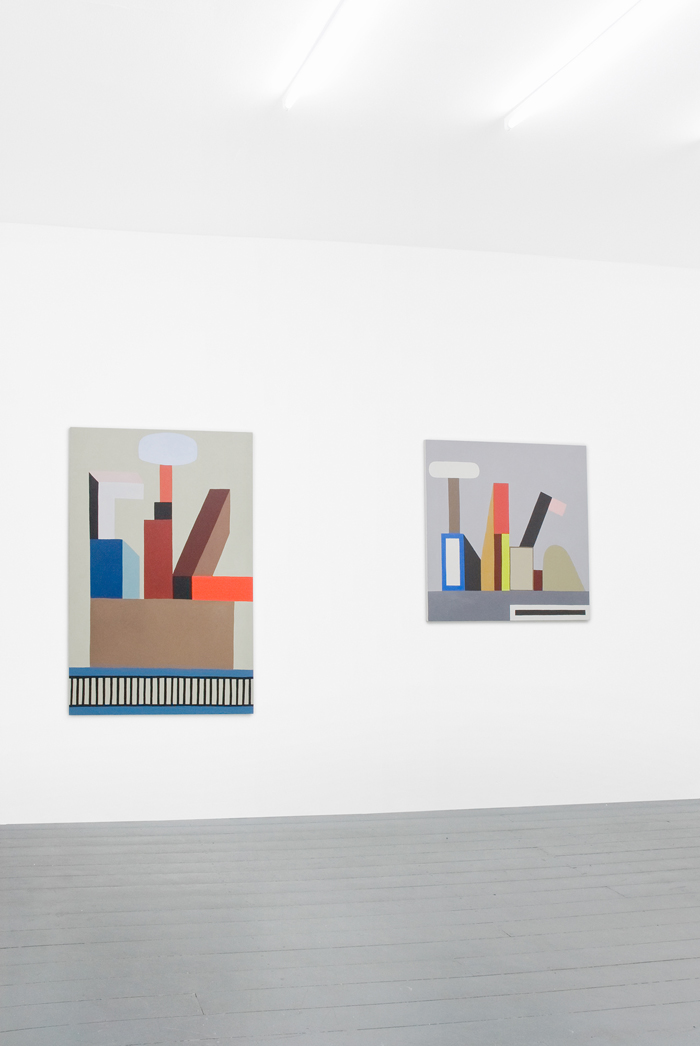 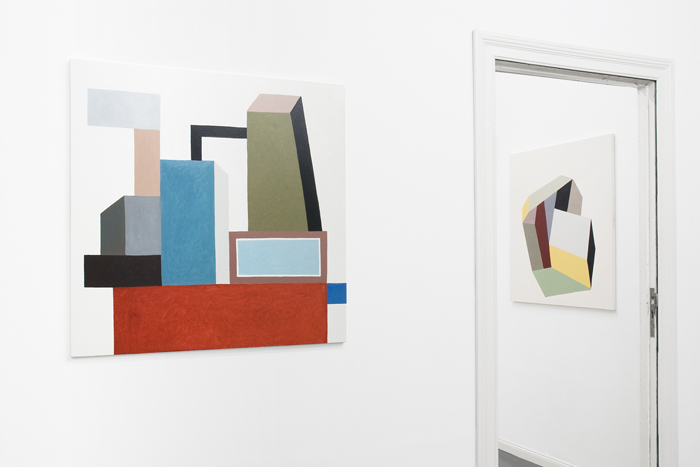 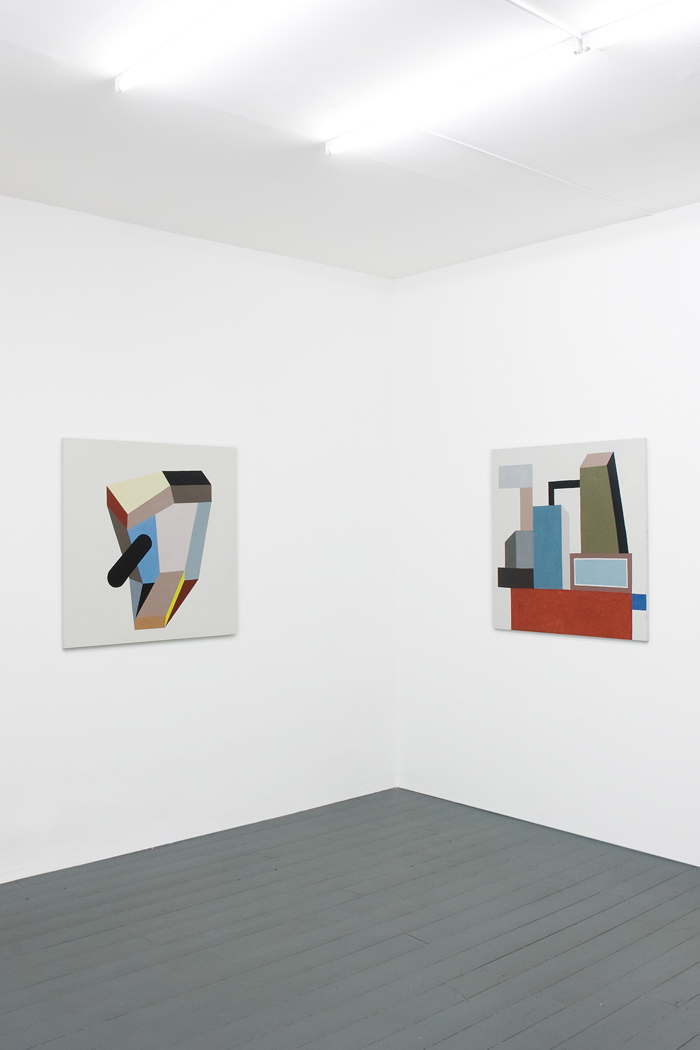 EXILE is pleased to present a solo exhibition of recent paintings by Nathalie Du Pasquier entitled Meteorites & Constructions II. This is the artist’s second solo exhibition at the gallery following The Big Game in 2015, which presented an overview over her works on paper.
The exhibition combines extracts from two different bodies of work distinct by there relationship to gravity. Though the genesis of these paintings is identical; each comes to life via what the artist describes as her alphabet of forms and shapes. These usually wooden blocks, shapes and cut-offs are stored in the studio and become assembled by the artist as if the beginning for the most traditional of still lifes. In the course of the artist’s painting process this source sculptural assemblage, while physically remaining unchanged in front of the artist’s eye, is modified in the painting until satisfactory to the artist.
Du Pasquier begins her works by utilizing one of the most traditional genres of painting but increasingly drastically liberates herself as if booting an internal 3d rendering device. From source assemblage to final painting, the resulting works contain multiple different layers, classically defined as underpaintings, though maybe better understood as 3d formal re-renderings or spatial warps.
While beginning their existence as sculptures, these paintings are each a chapter’s ending, with the assembled sculptural forms dismantled and returned to the artist’s alphabet once completion is reached. When looking in detail at a painting, some of these layers can become visible as the artist applies different levels of blending and at times, opacity. The resulting paintings share a common heritage but become autonomous individual formations of their common source. Once a painting is finished and its source assemblage is dismantled, the process starts again, hence allowing comparative viewing and re-discovery of particular forms in multiple paintings. Each painting is part of the same formal cosmos, with a ongoing recycling procedure at its core.