Graham Wilson
Cauling All My Contemporaries...(To Come Burst My Bubble) 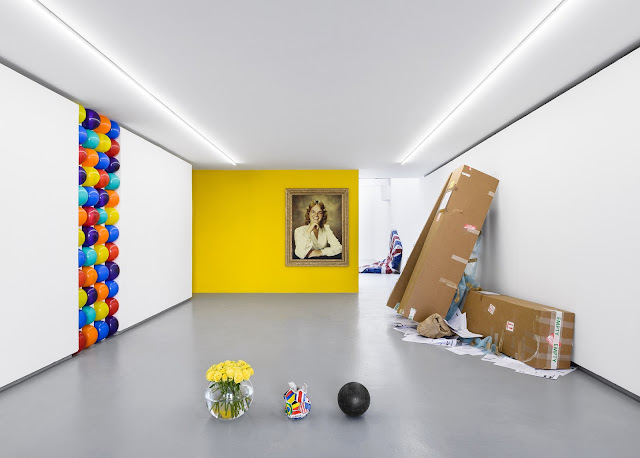 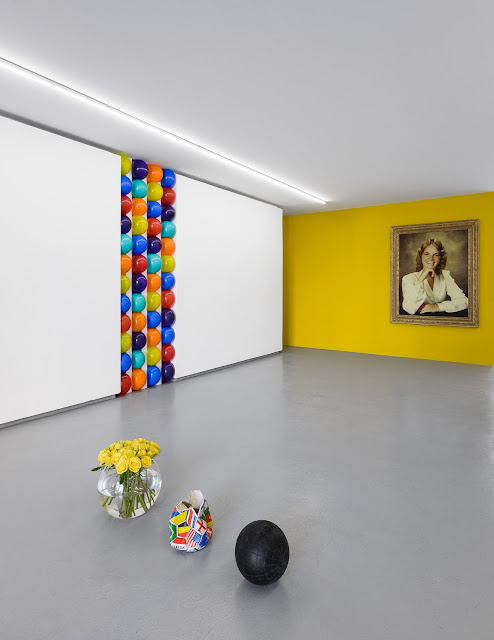 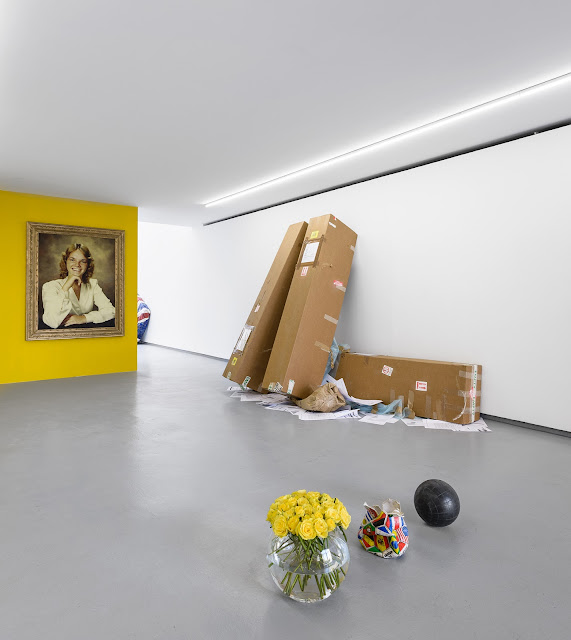 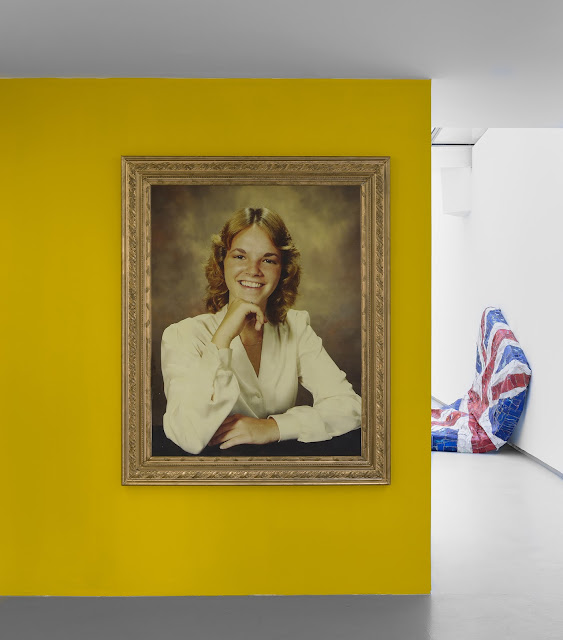 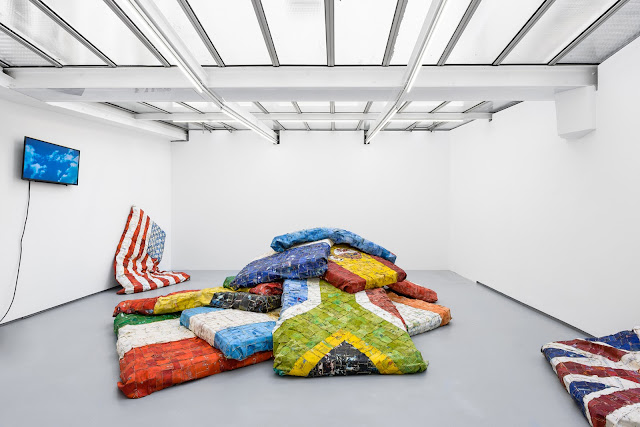 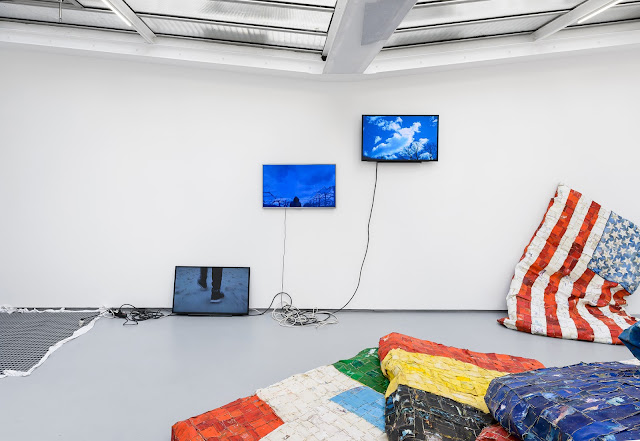 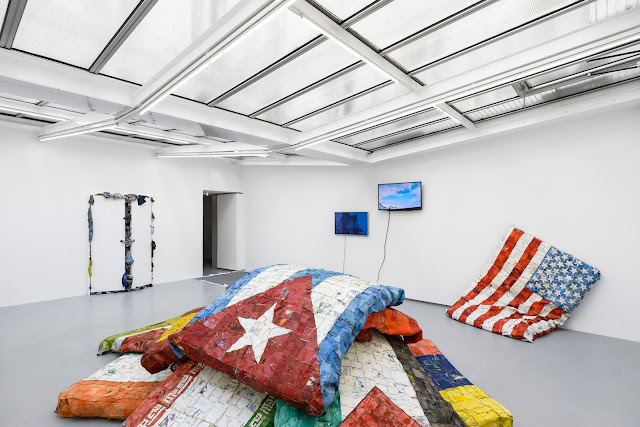 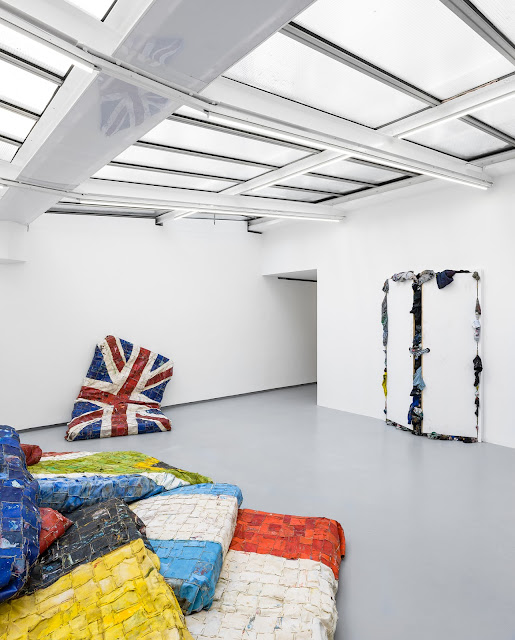 My Bubble), is deeply personal, extended meditation on artistic autonomy. Presenting a new body of
work spanning installation, video, and sound recording, Cauling All My Contemporaries expands
Wilson’s ongoing investigations concerning the role of the artist in society and the particular nature of
the artist’s relationship to contemporary culture–a relationship that is at once dependent and
antagonistic.

In this presentation, Wilson considers an array of objects evoking feelings of entrapment, but also
having potentially protective or comforting function. A “caul” is a lining, generally in contact with the top of the head (in the case of at the lining of a woman’s hat) or serving as a protective sheathe (in the case of the amnion covering the child at birth). Wilson’s work likewise addresses the metaphoric
movement of bodies–in particular, the artist’s–across boundaries and limits of the public and the
private, the external and the intimate, or internal. In Buried Alive, titled after an interlude by performer Kendrick Lamar on Drake’s “Take Care” album, Wilson concentrates on the mattress as a symbol of fear, uncertainty, and helplessness within confines and borders. His quilt paintings, which he has for several years presented as wall-hanging structures, return to their originary site, the bed; however, turned into flags and sewn as they are into the fabric of a number of mattresses strewn in a pile in the main gallery, they seal the sleeper in between the seams. Nearby, a closet whose doors are locked and chained together, bursts open with used clothes and stained jumpsuits, worn for years by the artist in the studio. This piece, entitled Make Myself More Complacent (Either/Or) Air My Dirty Laundry, echoes the mattress installation in its suggestion of a condition of entrapment to which the artist is subjected, while indexing years of activity in the studio. As many of Wilson’s works show marks of wear and traces of process, here he focuses in particular on the ambivalent status of the objects that fulfill a use-function in the studio: their ability to invoke presence, their complacent cooption as art objects, their resistance to pure visibility.

In the backroom, Wilson’s first video and sound recording are also on display. The former, Trying to
Make Nice (With Nothing but a Bunch of Hot Air) plays on a 14-minute loop from three asynchronous monitors. On one monitor, the artist is shown from behind, dressed in black with a hood pulled up over his head, walking through a variety of wintry, barren rural, industrial, and urban landscapes, each shown in a 40-second, single cut. Anonymous, he forges straight ahead, decidedly refusing a frontal confrontation with the viewer, but also displaying signs of regret, dejection, and introjection, discernable from his posture and body movements. In each location, Wilson blows up a brightly colored balloon, which another monitor follows as he ties the balloon to a string and lets it go in the air: the walk has a therapeutic effect, as it turns into a prolonged, solitary meditation, and an opportunity to air out regrets from relationships past. The third monitor follows only his footsteps. The 43-minute sound work emanating underneath the floor of the gallery, Sleeping Music also tracks the artist’s movements in his shifting environment. Street sounds that make up the humdrum drone of his everyday surround, and to which Wilson has become particularly attuned as they envelop him in the city, play continuously during the exhibition: a reminder of the impossibility of silence and of the ever-present white noise that purrs in our ears–both a constant intrusion and a reliable form of solace in times of insomnia and solitude.

Works in the main gallery have even greater personal resonance for the artist. Portrait of the Artist as a Young Woman, is a photograph of Wilson’s mother taken during her high school years. Riffing on the title of James Joyce’s 1916 novel, Wilson pays homage to his mother, to whom he bears an uncanny resemblance. Echoing the exhibition title’s suggestion of the protective sheathe in which one is born, this photograph, like the installation The World is Round, evokes processes of generation and rebirth that are at once natural and creative. The round vase, replete with yellow roses, is replenished throughout the exhibition, with flowers available for visitors to take on their way out.

Lined up on the floor next to the round vase is 1985, a soccer ball whose design (a pattern of flags from across the world) has been removed, revealing only the interior structure of the ball. Once peeled off, the leather cover–previously a symbol of the unity of disparate nations under the sign of competition and play–seems nothing but an empty signifier. The black ball, so abstract in its form, appears like a temporal, historical vacuum.

In Filling in Some Gaps (Within Nothing but a Bunch of Hot Air), Wilson has stuffed colorful, blow up balloons into receded columns built into the wall. These pre-existing, architectural voids, metaphorically evoke gaps in one’s own personality and character, that one seeks to fill through relationships, knowledge, and experience; but as in other works in the exhibition, even these “fillers” do not promise to be more than hot air.

Finally, in 3 Wrongs Don’t Make a Right, Wilson stages this dichotomy between content and emptiness by referencing Let’s Do This, a work made for his first exhibition with the Valentin’s partner gallery, Mon Cheri. A work which was purposefully removed after the show and destroyed by French Customs. 3 Wrongs displays the paperwork and correspondence ensuring the destruction of the work, as well as the packaging of the columns which made up the original piece. A complex commentary on the nature of artistic labor, the production of artworks, and the necessary conditions for their exhibition, 3 Wrongs Don’t Make a Right casts a long shadow over Wilson’s presentation, and underlines the interconnectedness of personal and professional affect in all of his work.