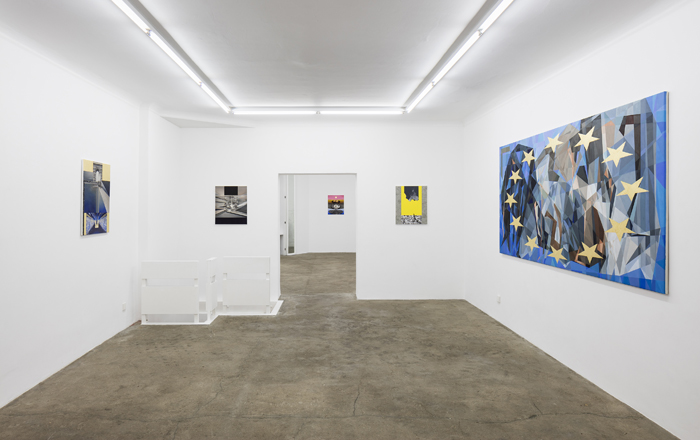 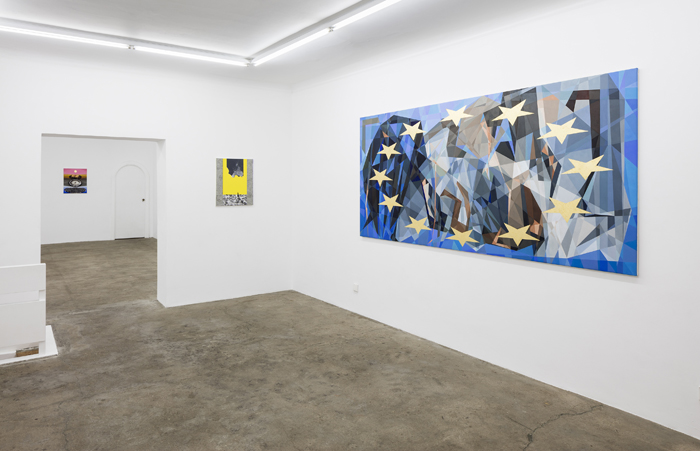 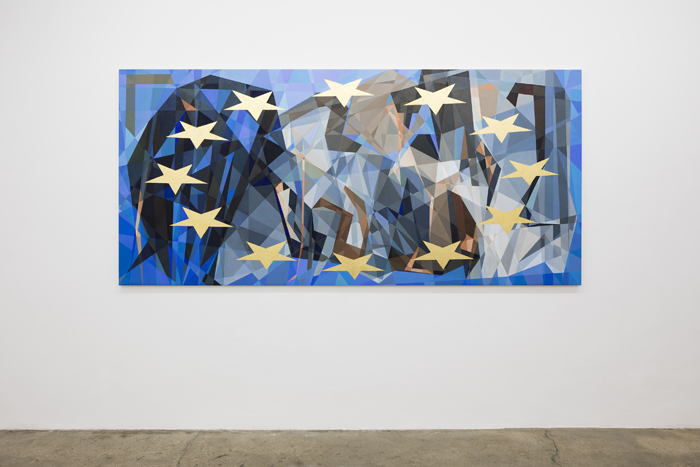 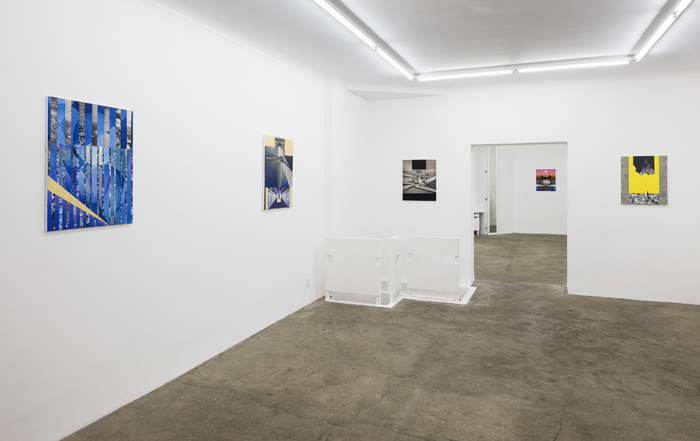 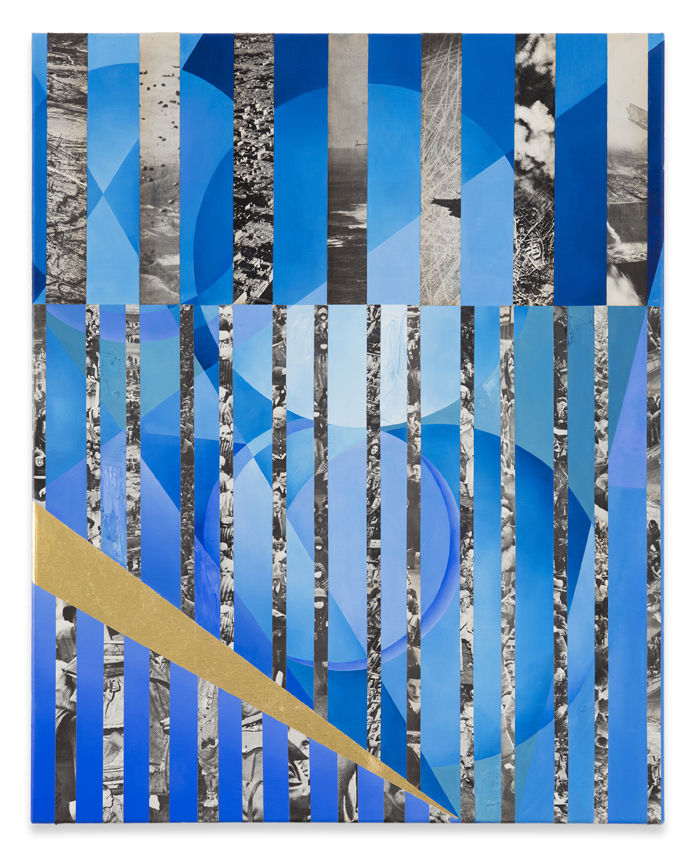 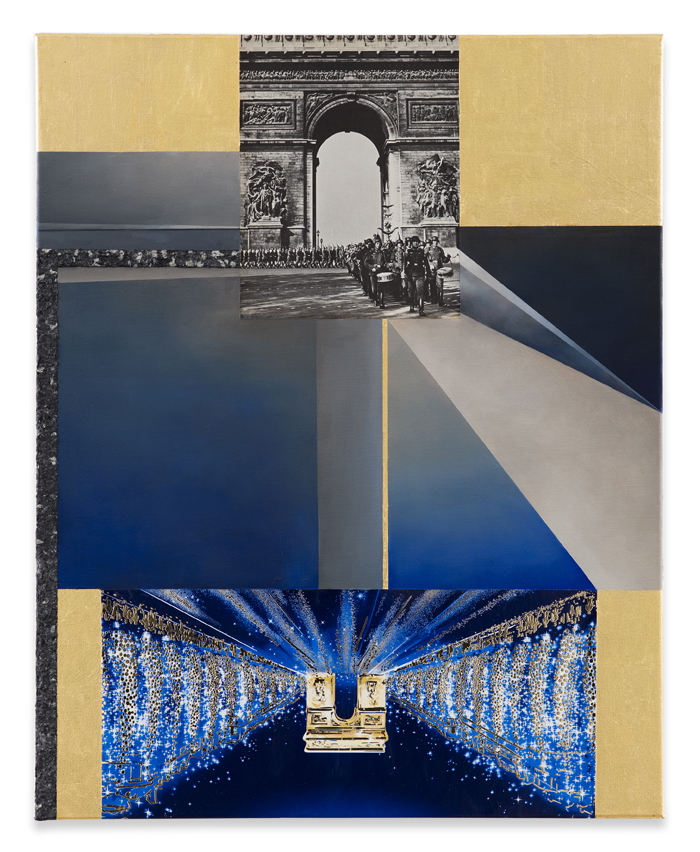 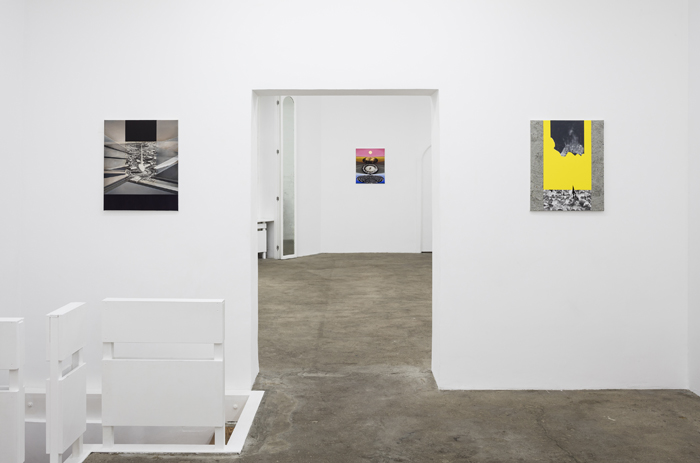 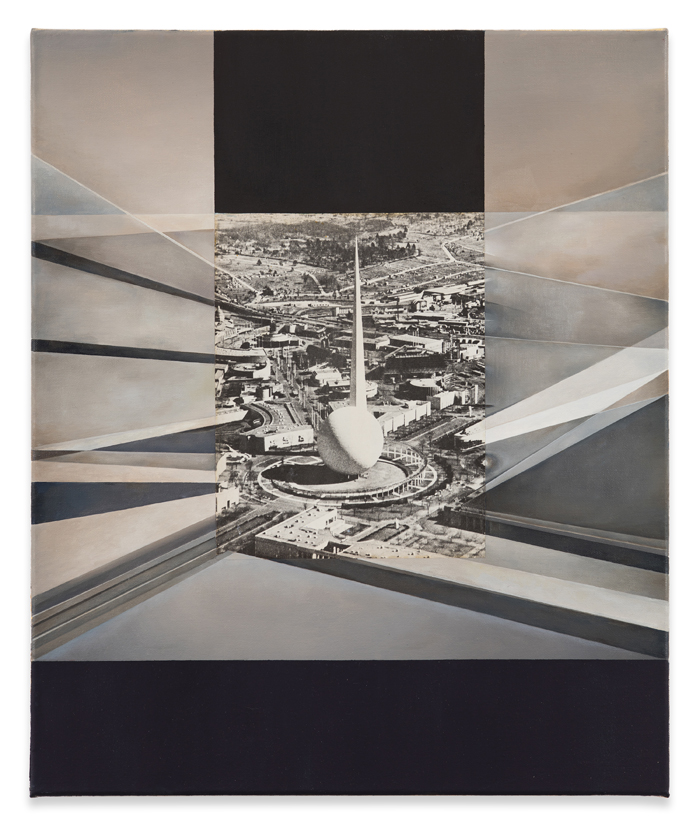 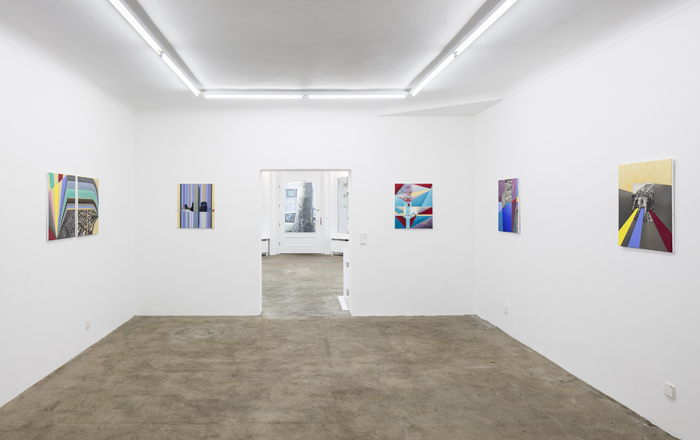 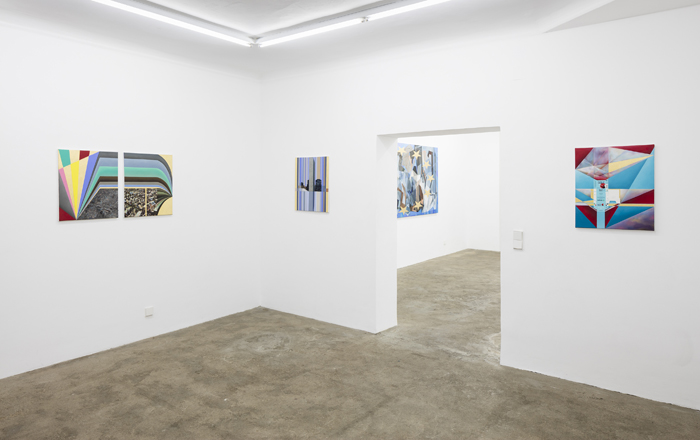 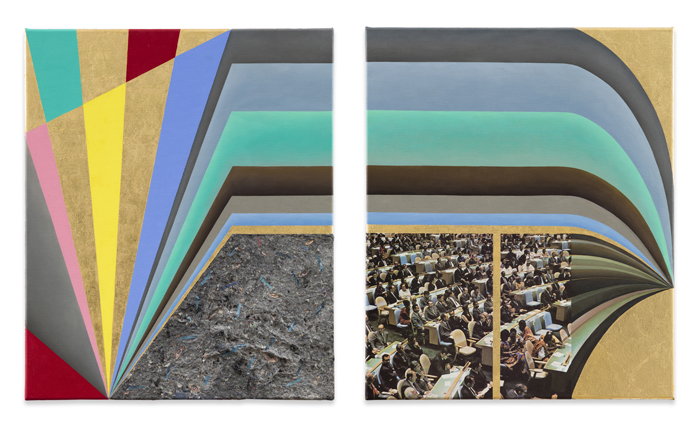 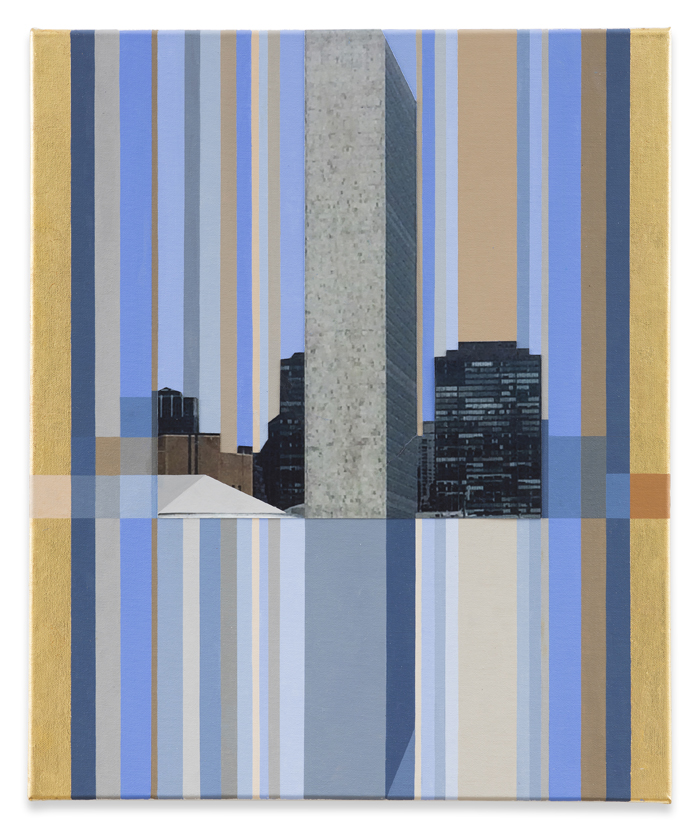 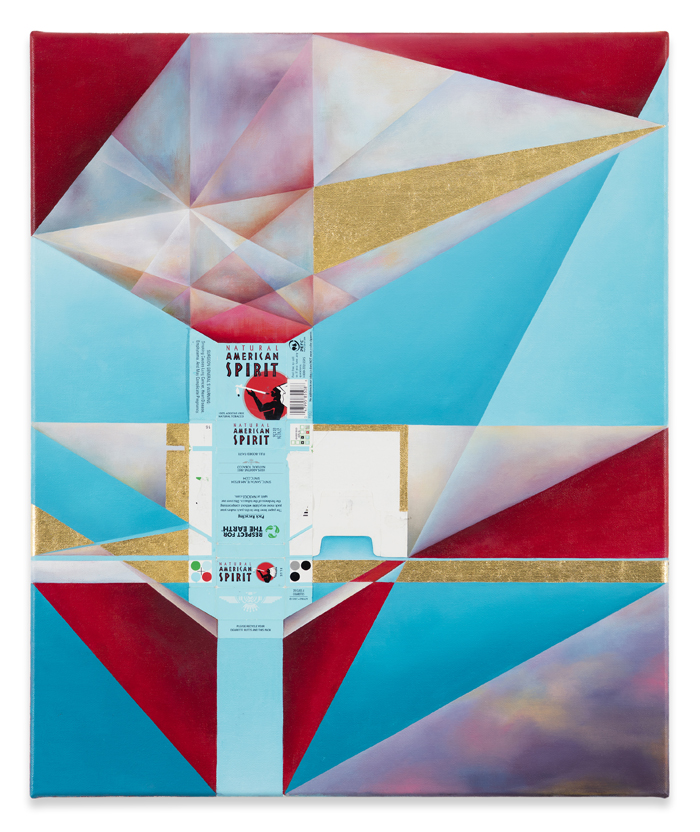 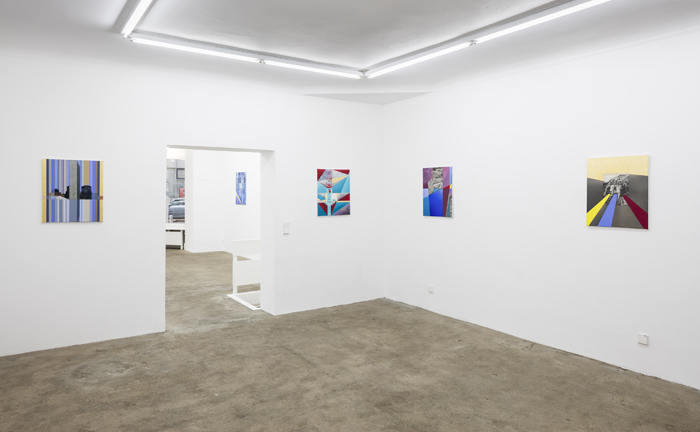 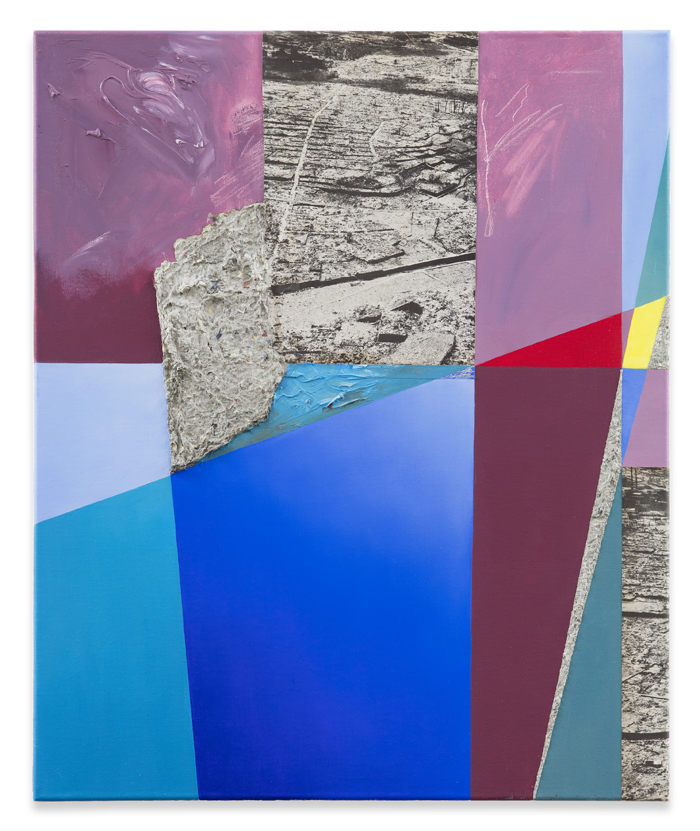 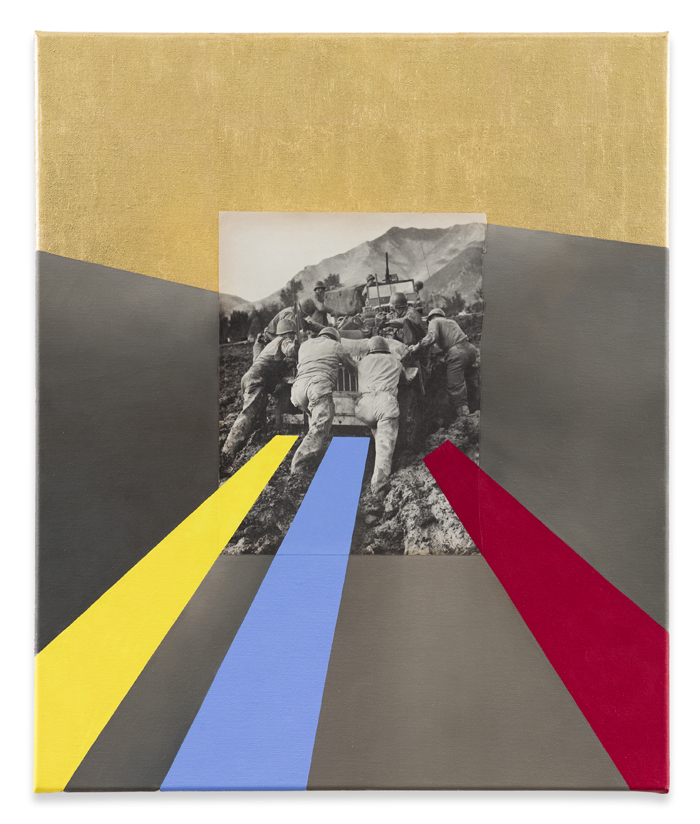 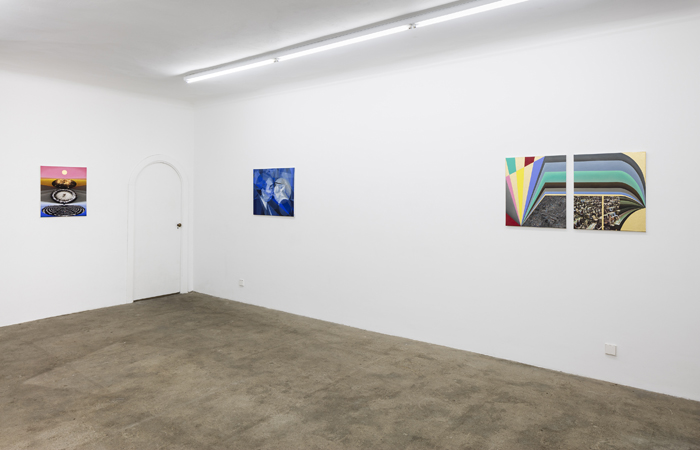 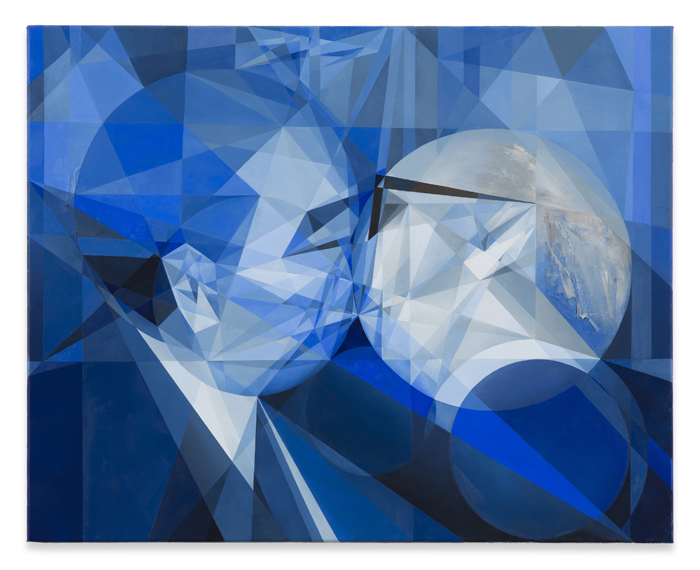 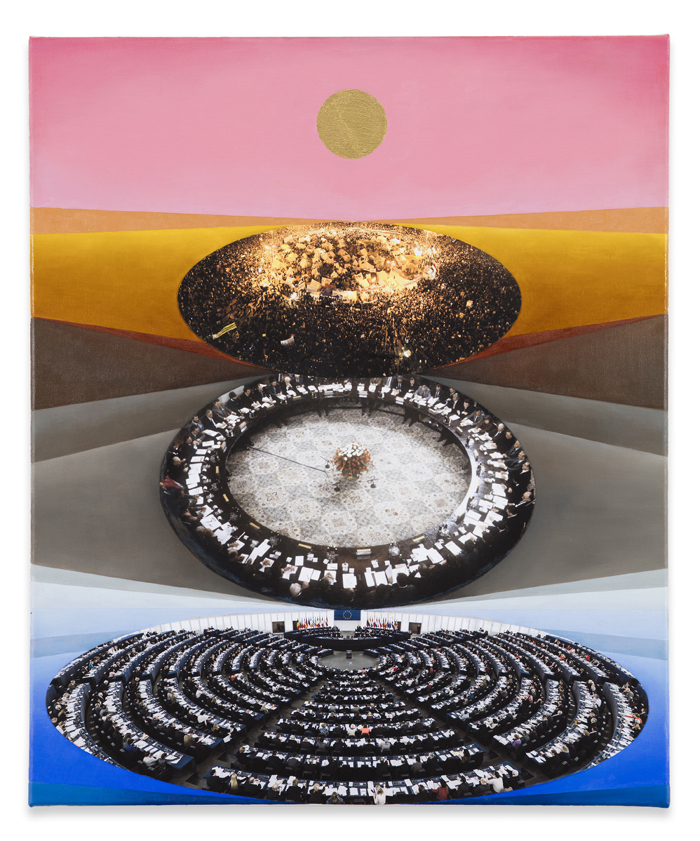 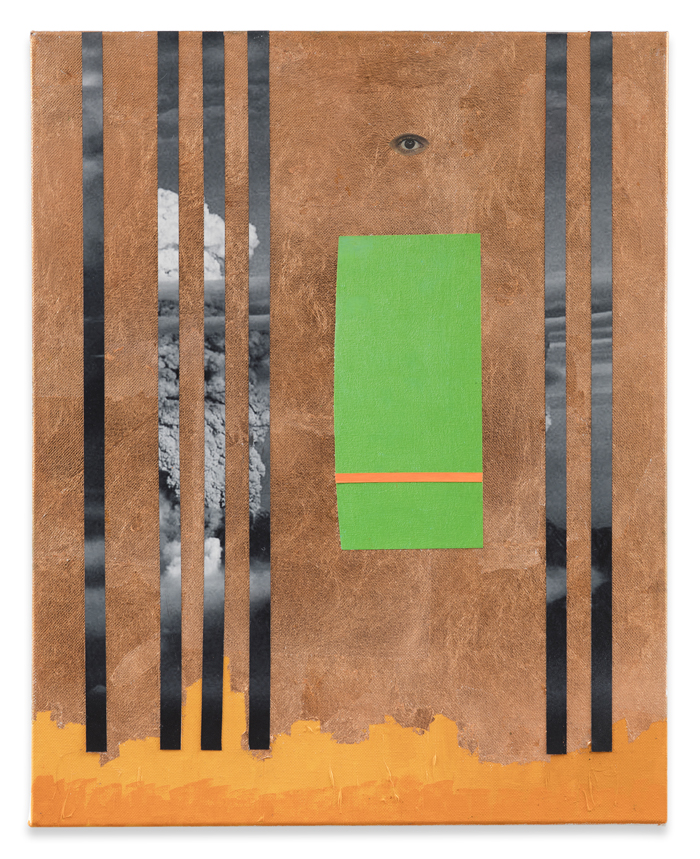 In my new collages and paintings I used found images of utopian dreams that too
often have turned into nightmares, and images of some of these nightmares. I have
been thinking about the Neue Sachlichkeit artists of the 1920s who mined past ways
of making art in order to address the turbulence of their present and to express
their premonition of imminent disaster. I feel disturbed by the parallels between
their time and the present in which I find myself at work.
Mud (2016), is a collage with a photograph of soldiers pushing a jeep. I found the
photograph in an illustrated history of the World War II discarded in the lobby of
my building. In the following collages I used other images from this book: a shot of
the 1939 New York World’s Fair 'The World Of Tomorrow', a shot of Nazi troops
passing the Arc de Triomphe, a shot of bombed Nagasaki, a shot of the UN General
Assembly. Some photographs I cut into stripes to make an abstract composition.
I also used images from other sources: a dissected American Spirit cigarette box
left in my apartment by a friend, a phone snapshot of the UN building, pictures
taken from the Internet of the Tahrir Square, Poland’s Round Table, and the EU
parliament, a photo sent by a friend of a recent pro-EU rally in Warsaw.
For my painting A Kiss (2016), I used a shot of a fraternal kiss between Leonid
Brezhnev and Erich Honecker. Among other things, this 1979 photograph represents the
era of the Cold War when the world seemed to be organized around stable oppositions,
clear divisions. It represents the world I was born into but of which I remember
little.
For Alte Sachlichkeit (2016), I used a reproduction of a painting exhibited before
mine at Silberkuppe. It is Keine Tradition (2016) by Michaela Eichwald. I painted
her gestural abstraction as a geometric abstraction and I placed the stars from the
EU flag in gold over it. Keine Tradition moved me with its darkness and force. Alte
Sachlichkeit reflects the drama I feel in Europe today.