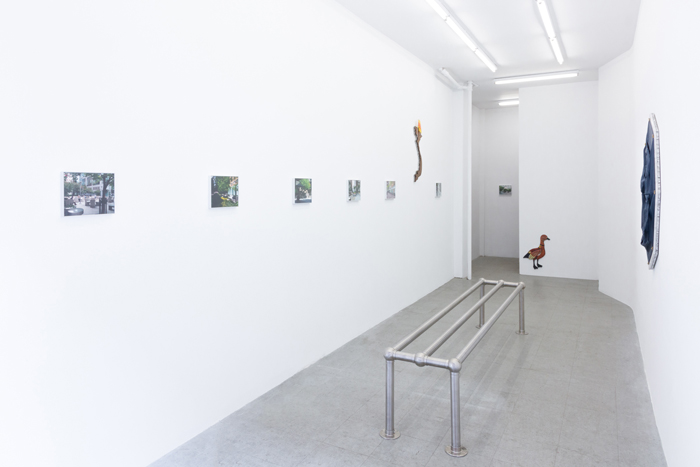 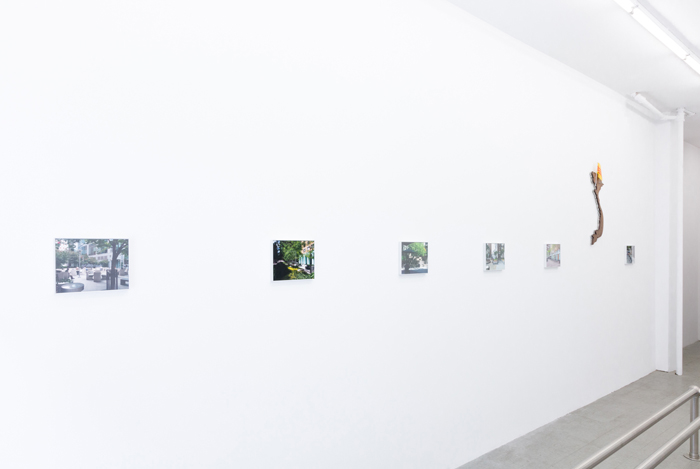 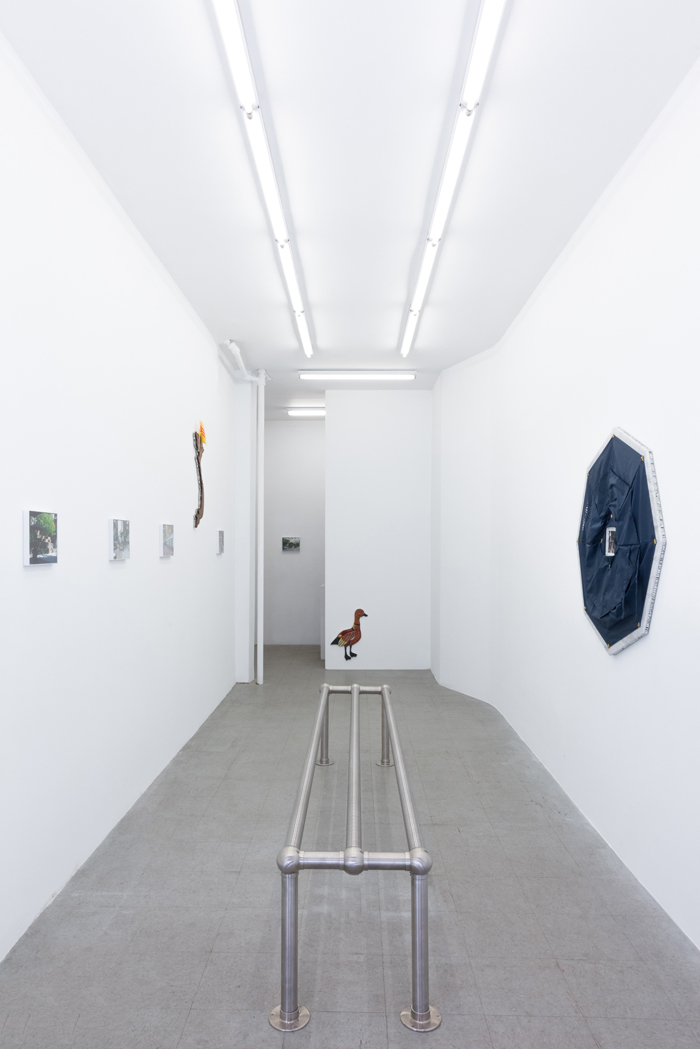 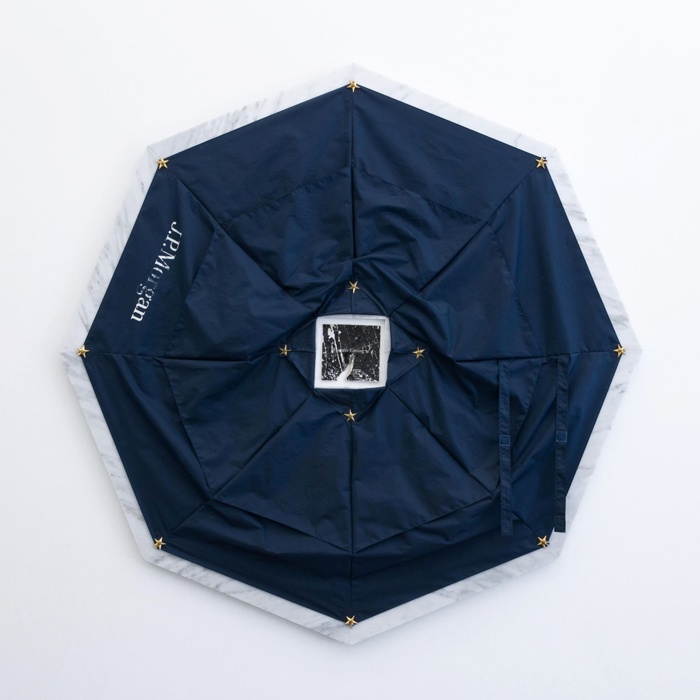 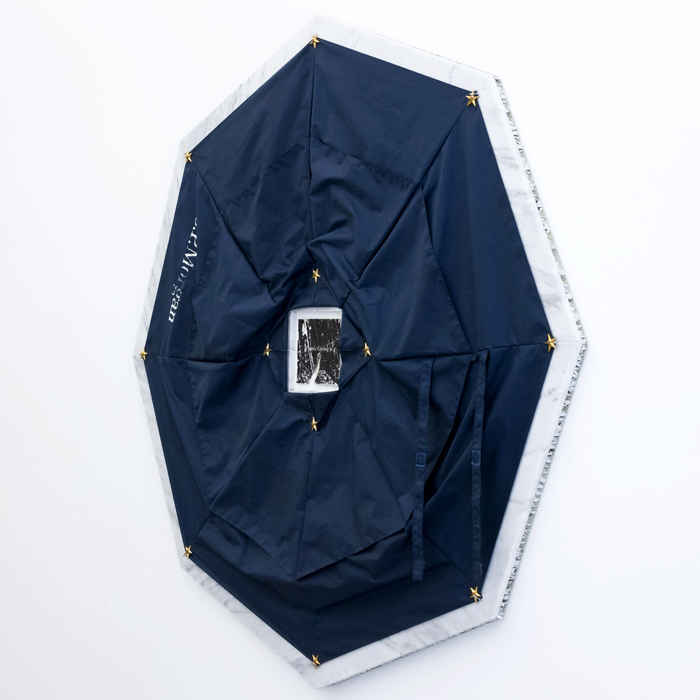 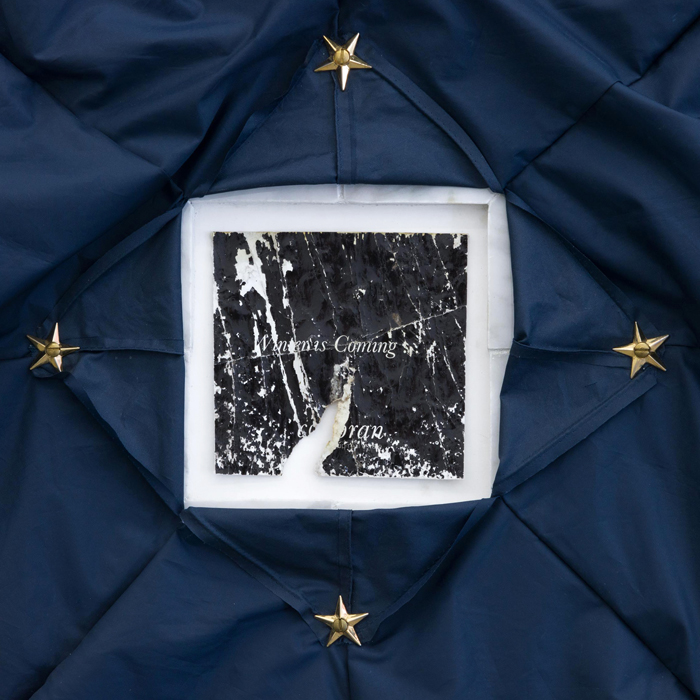 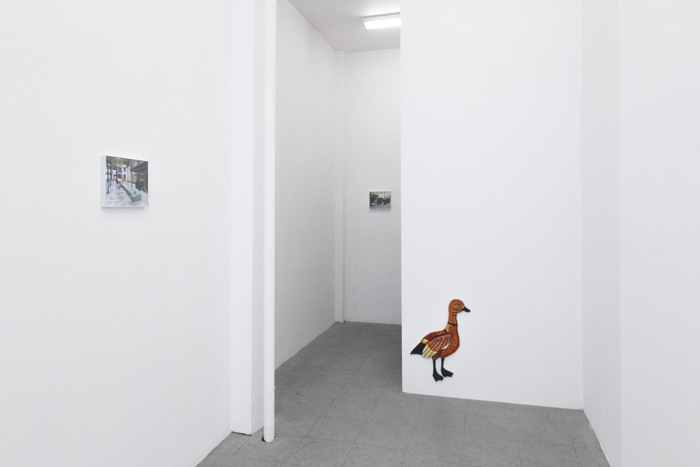 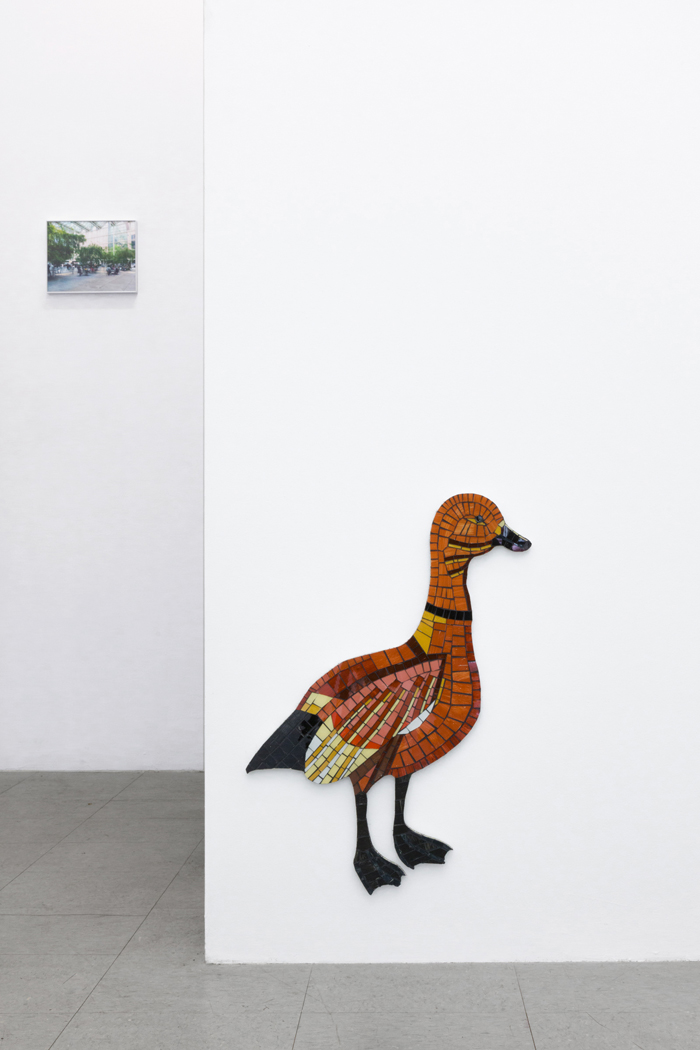 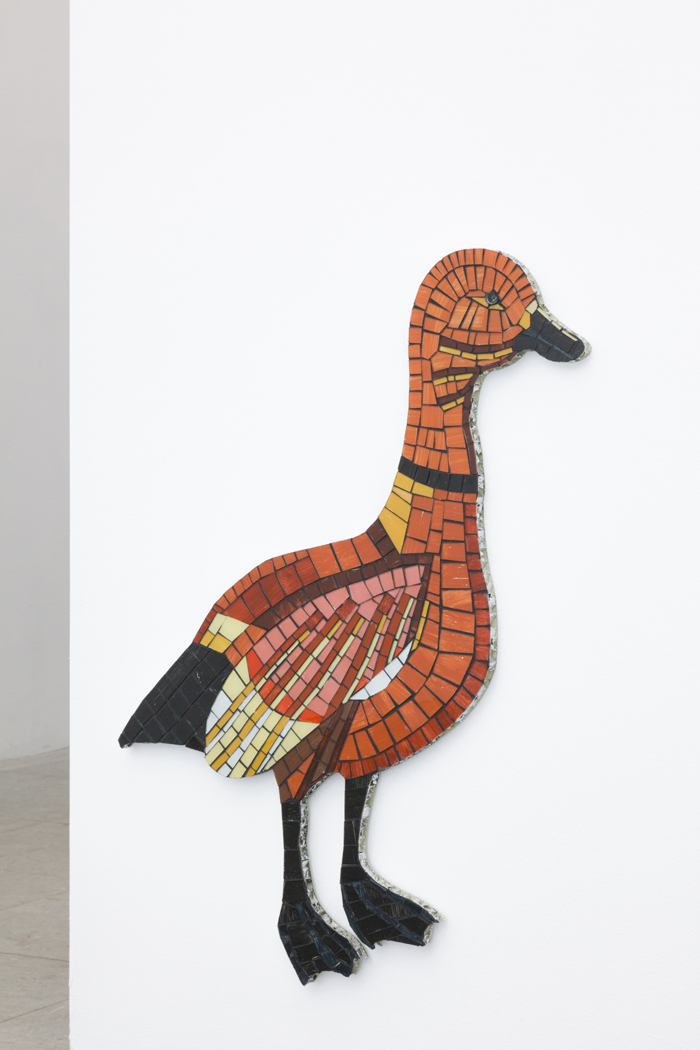 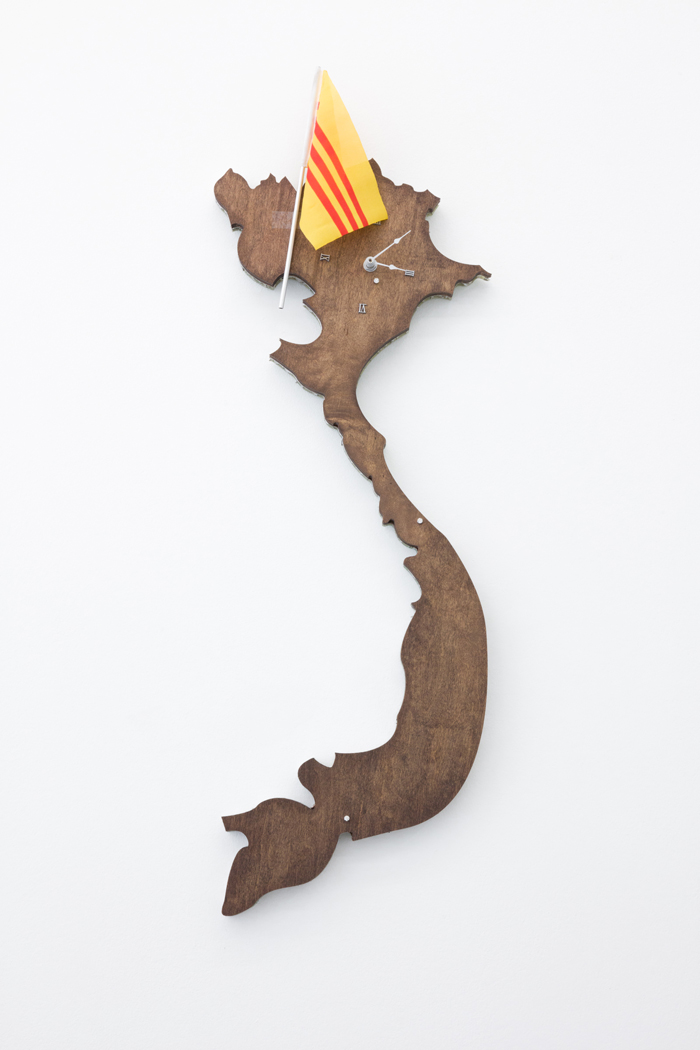 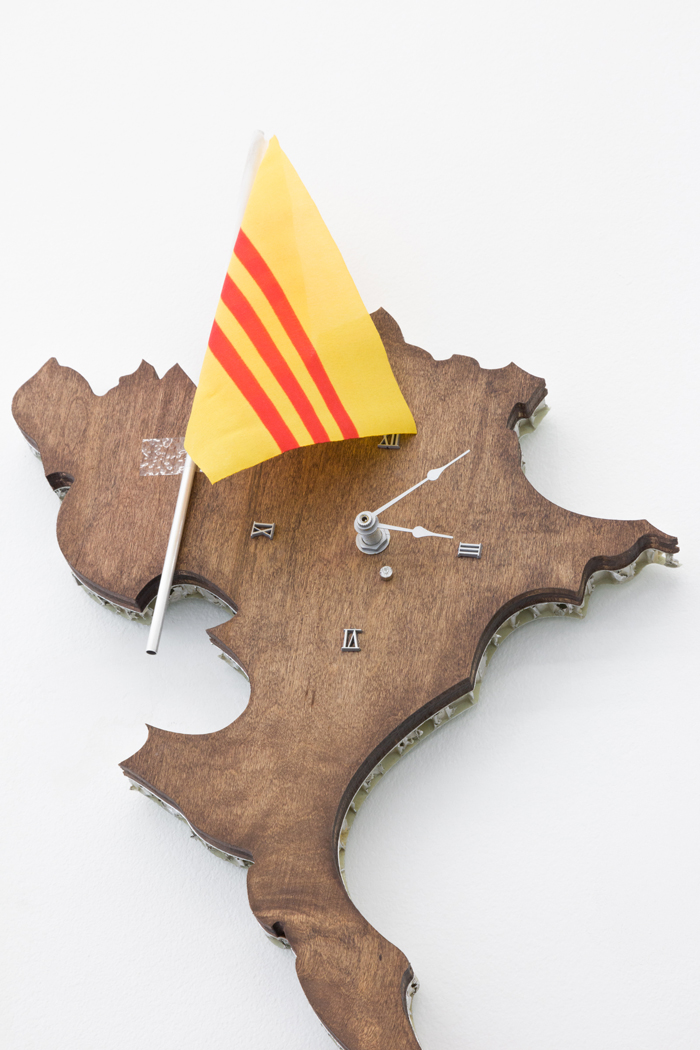 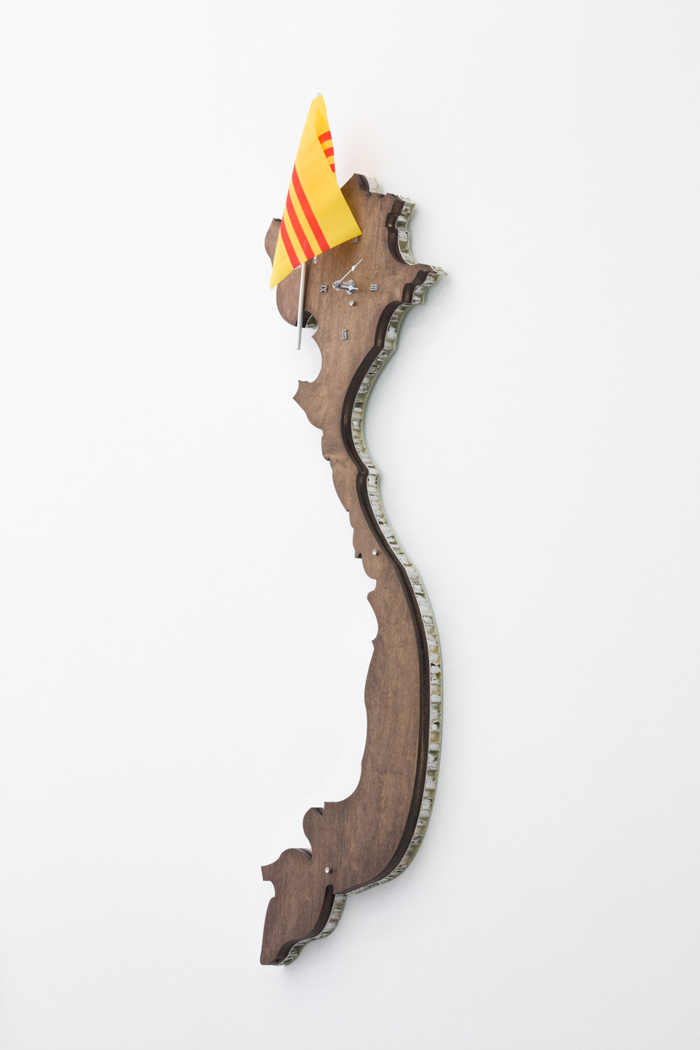 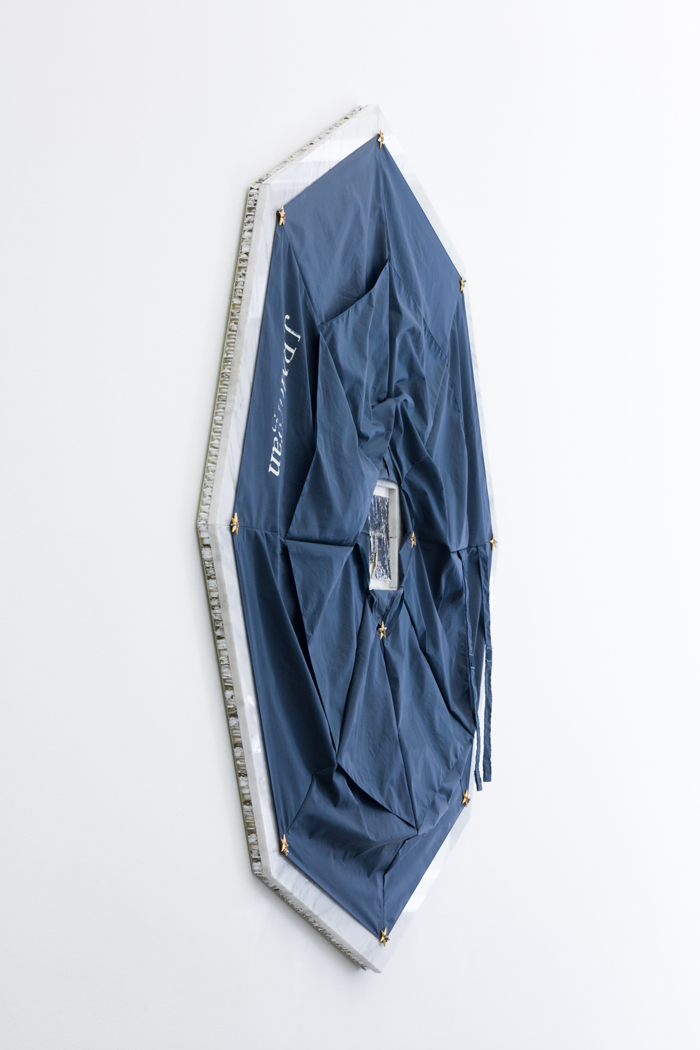 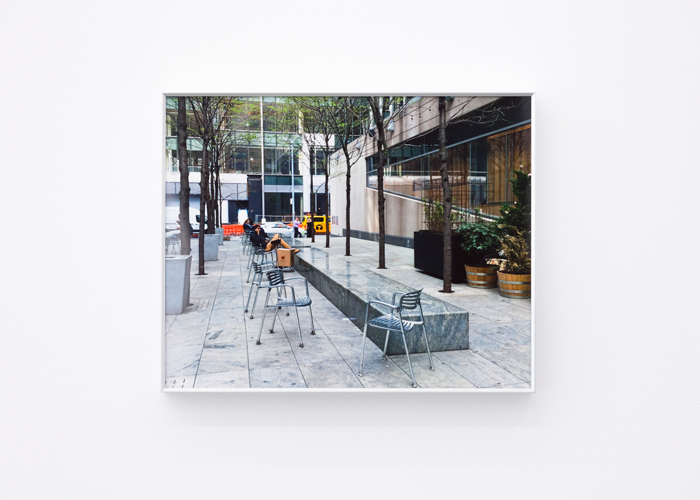 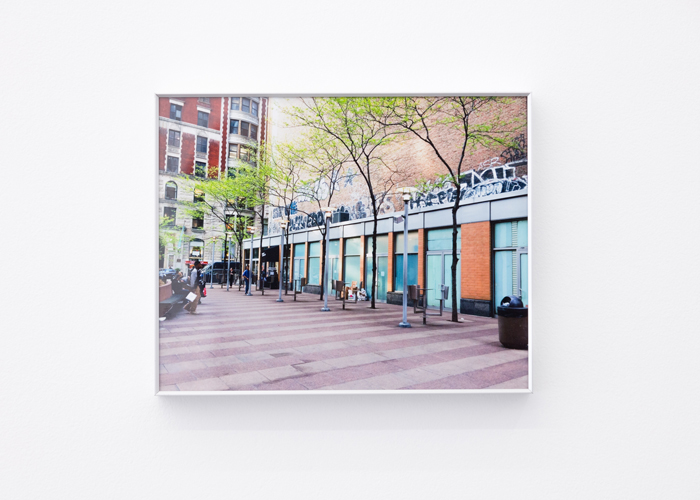 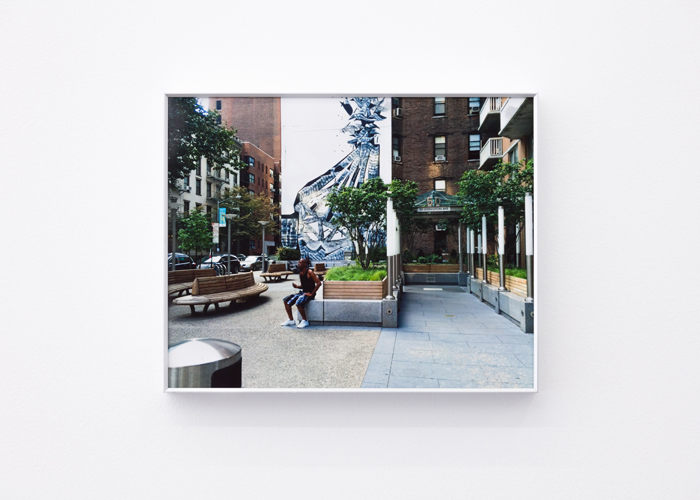 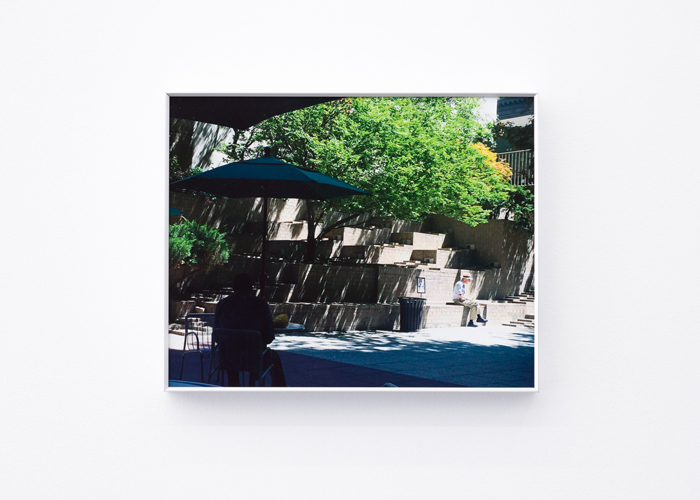 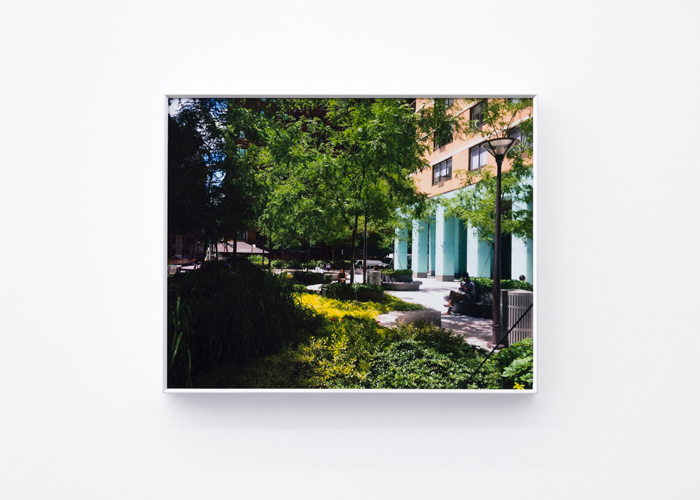 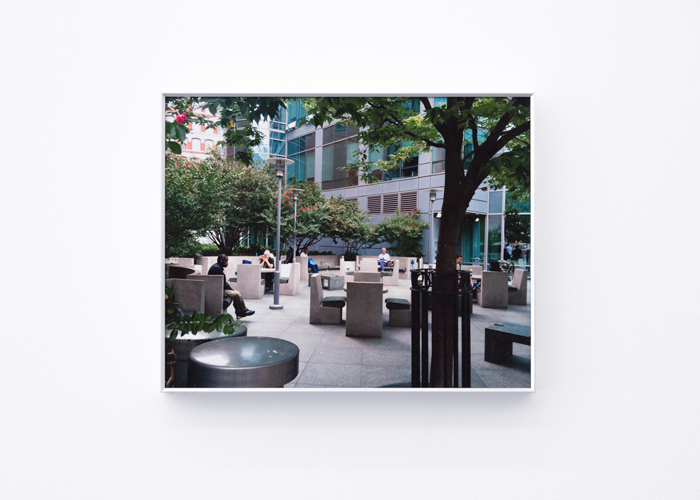 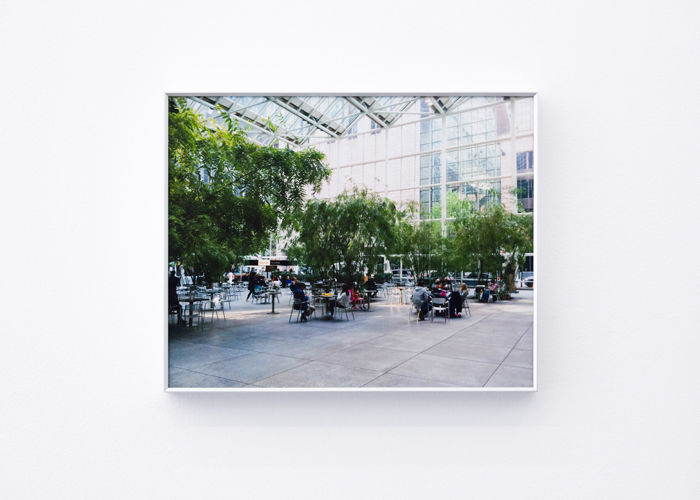 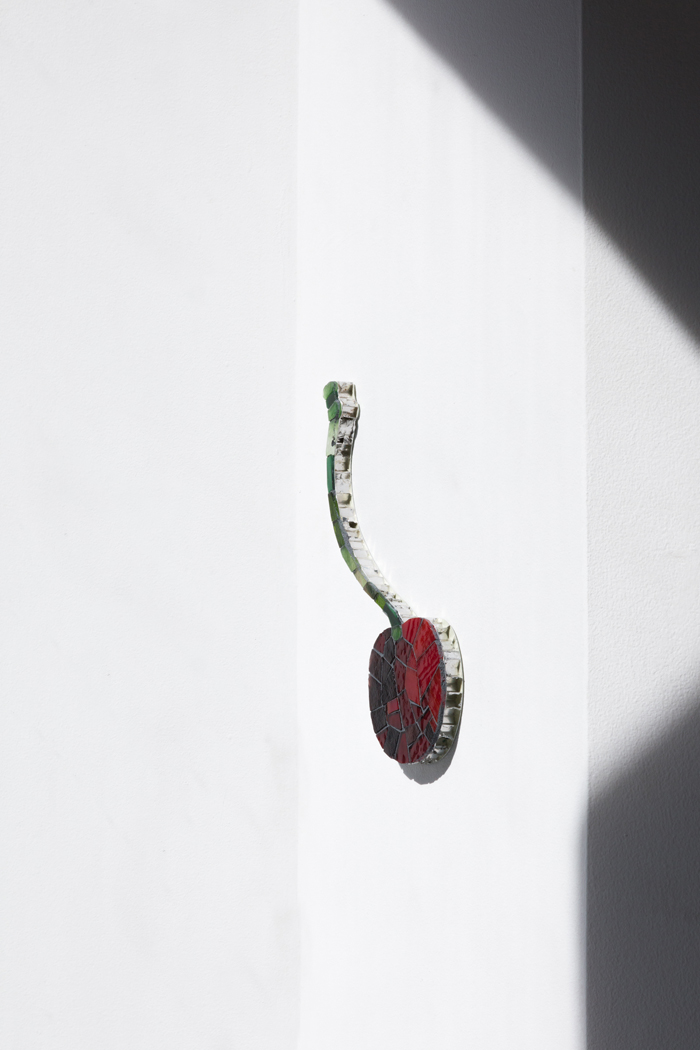 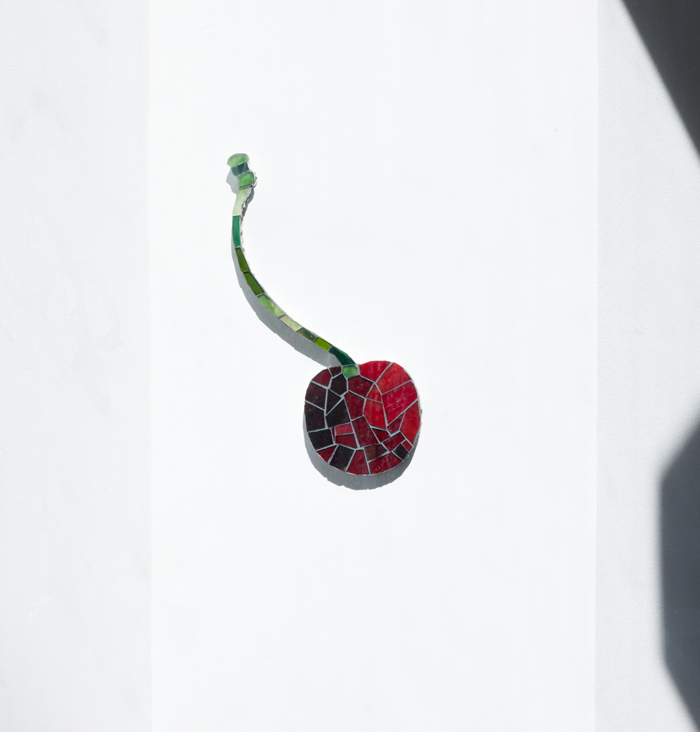 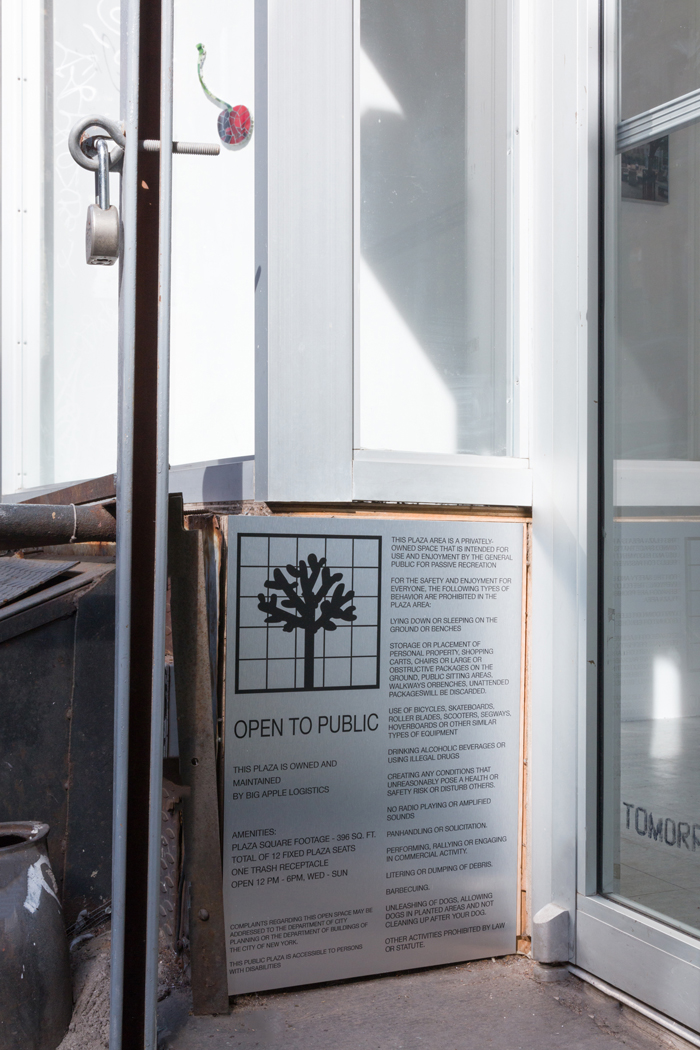 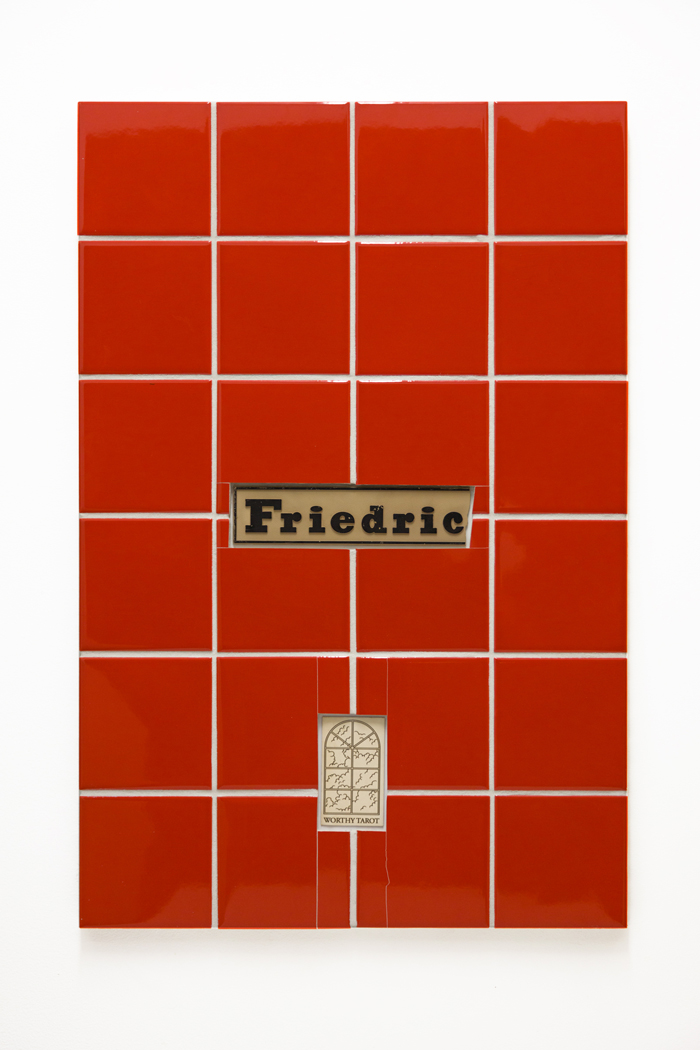 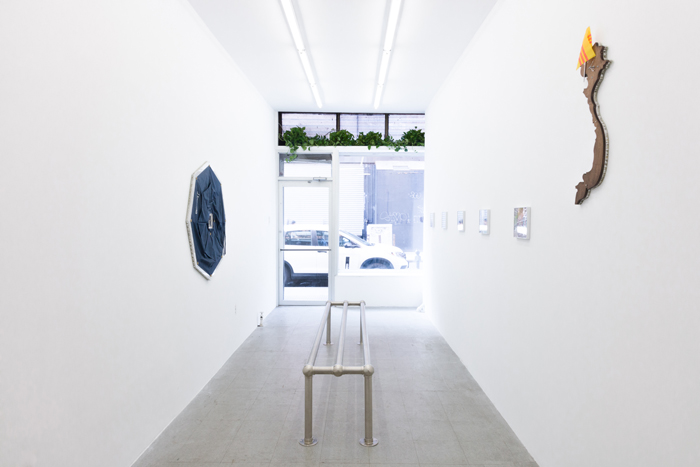 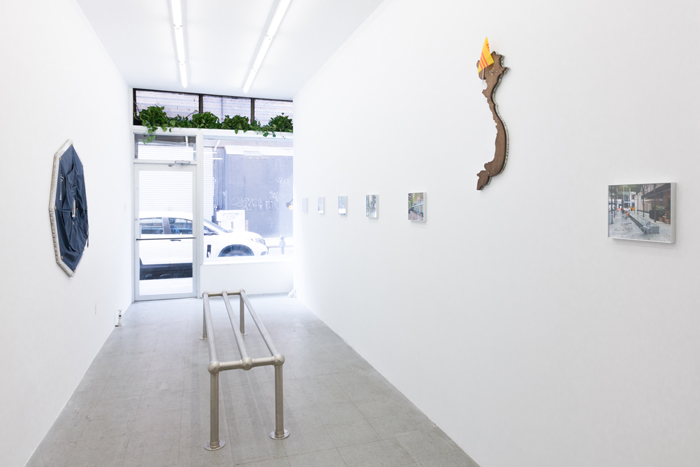 Tomorrow is pleased to begin the fall with Big Apple logistics, an exhibition by Andrew J. Greene.

The exhibition appears like others as an aggregation of after thoughts on city living. Consider it Contemporary Art beside itself—the subject behind the camera in the non-place of faux public space, just off the clock, young artist or low-level suit: both in debt, careerist, complicit… they’re getting by in the Big Apple.

1 The photographed park areas are spatial expressions of compromise and the dominance of real estate. Determined in scale by zoning in the pursuit of additional square footage at the tops of towers, they range in design from postmodern civic vernacular to millennial junkspace. Amongst the documentation of conceded architectural praxis is Silk Icon (Pho Viet Huong), a silhouette of Vietnam featuring a ticking clock and the extinct flag of the US backed south. Reproduced from a bygone Pho eatery’s original, its form has been gentrified into an appliqué for white box or marble clad condo. Greene performs an upcycling simulation of colloquial taste he observes at the junction of class and “urban renewal.”

Cubicle Revolutionary, a monument to aspiration seeded in the melancholy of capitalistic doom, is a memorial in wait. Greene registers the social exhaustion in a JP Morgan umbrella, Carrera marble, police uniform stars and a solicitation for the sale of one’s home. And resting is not easy on the bench.

1 Big Apple was coined in the 20s but gained popularity in the 70s as part of a campaign by the New York Convention and Visitors Bureau, now NYC & Company, the city’s official marketing organization. Similarly, the “I Love New York” campaign began in 1977 at the behest of the New York State Department of Commerce.