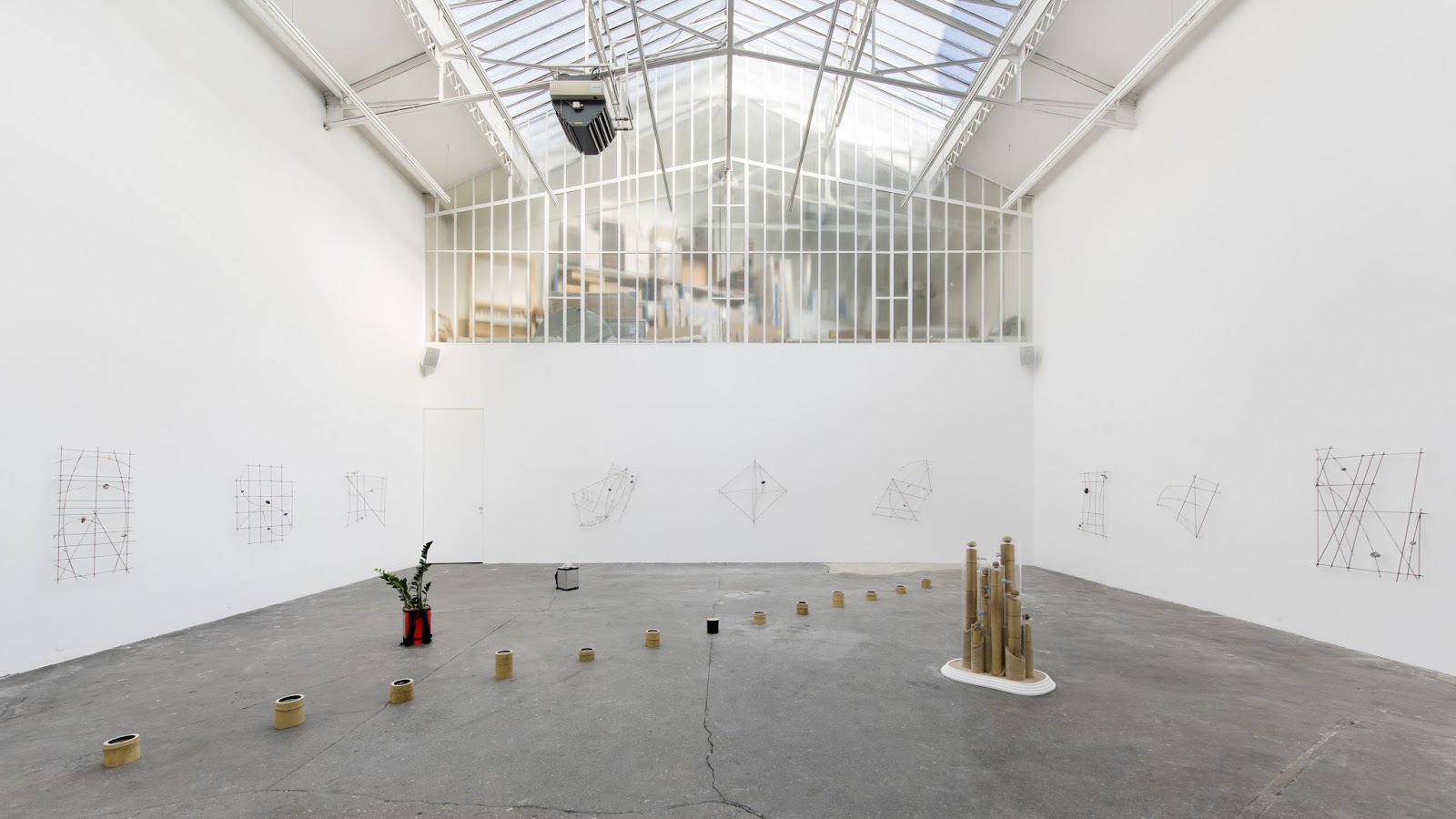 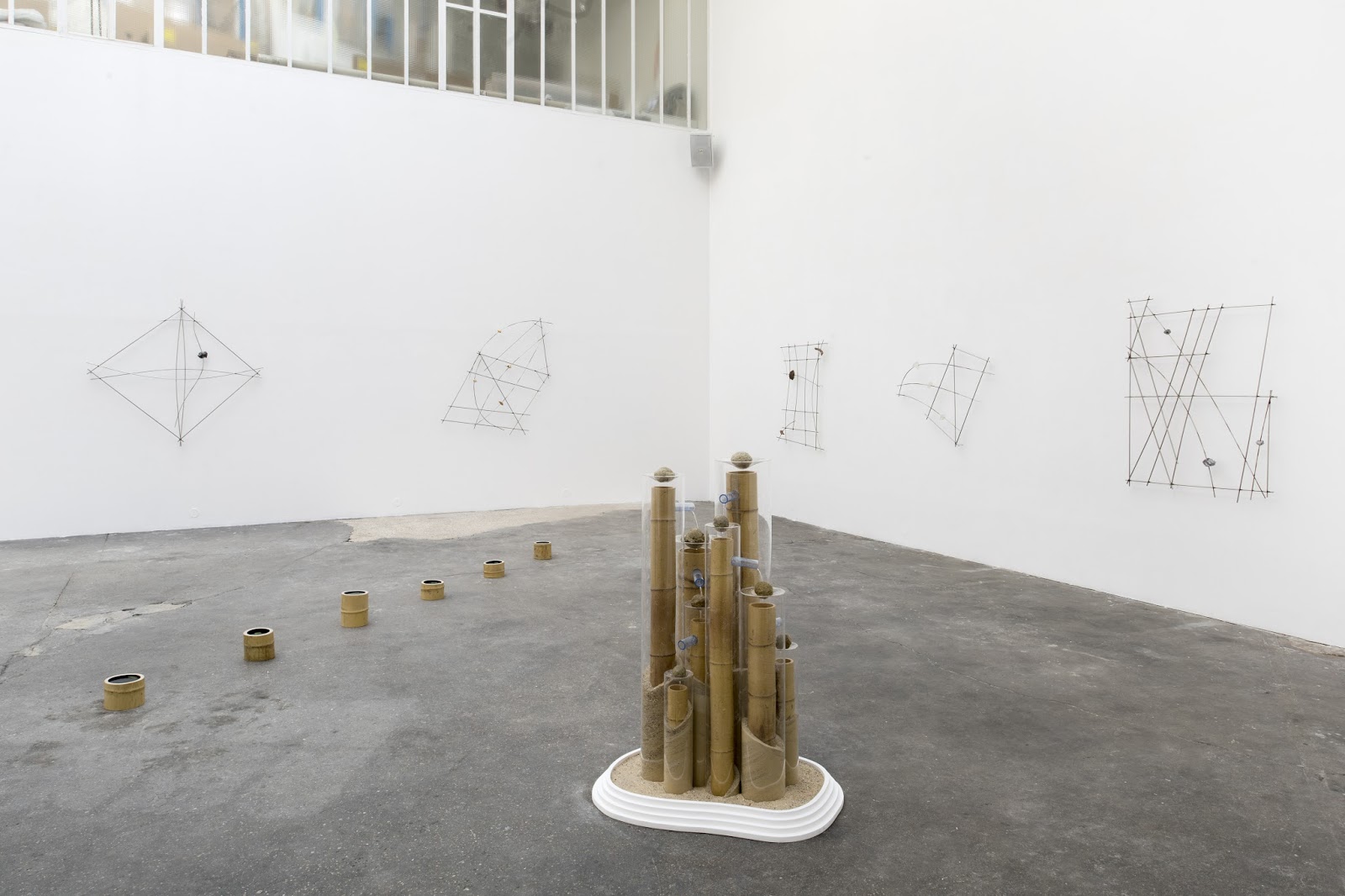 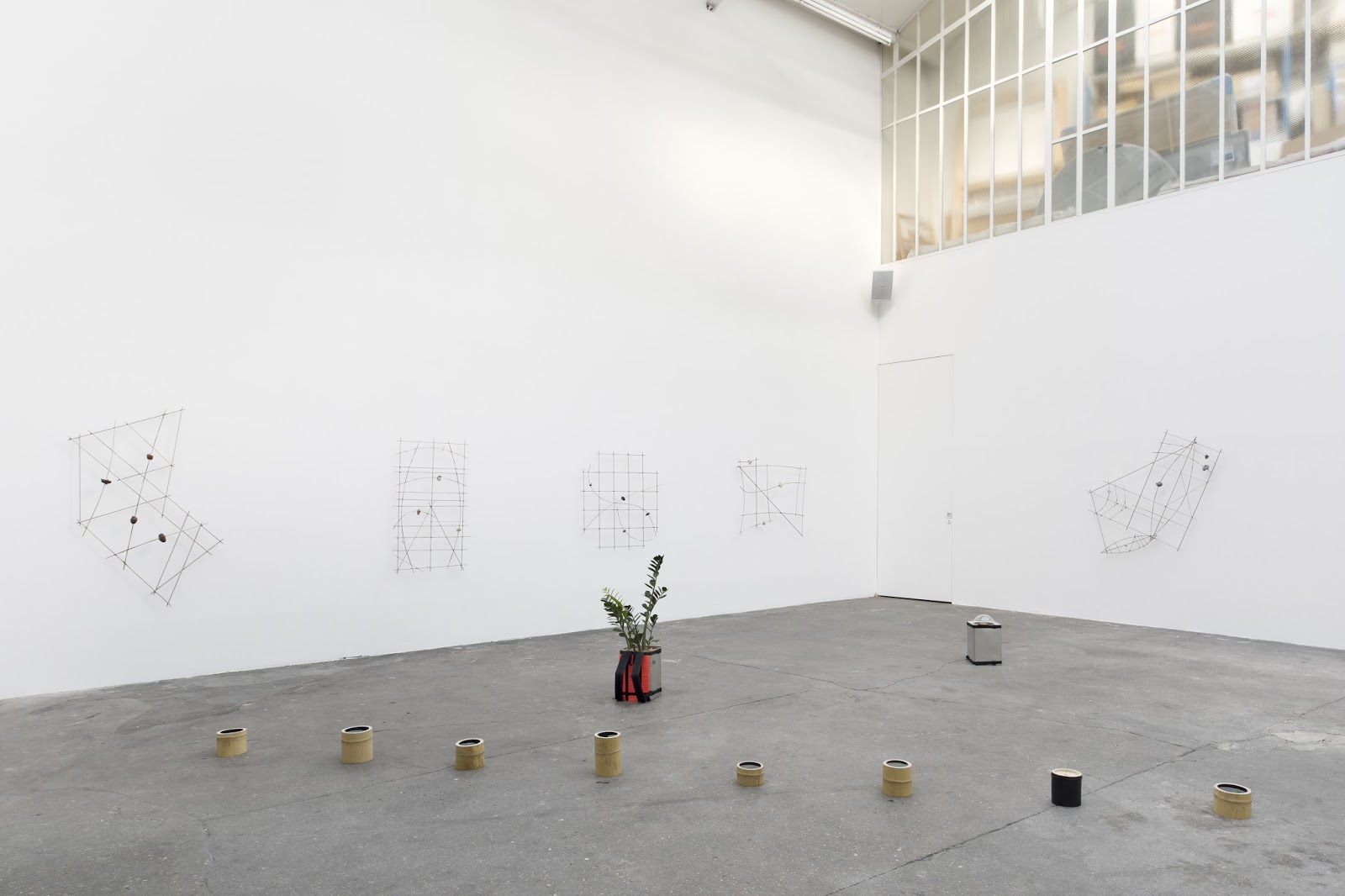 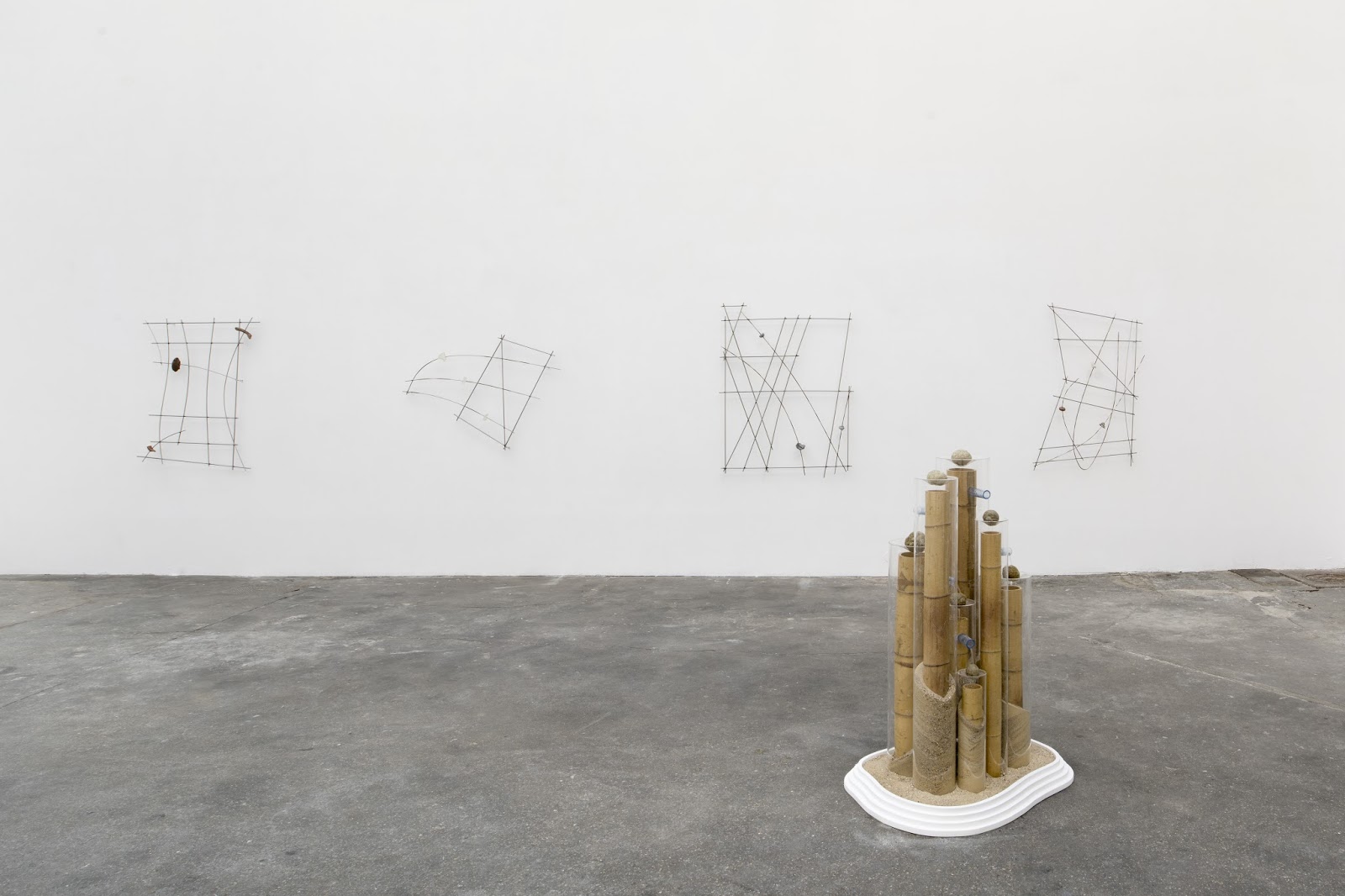 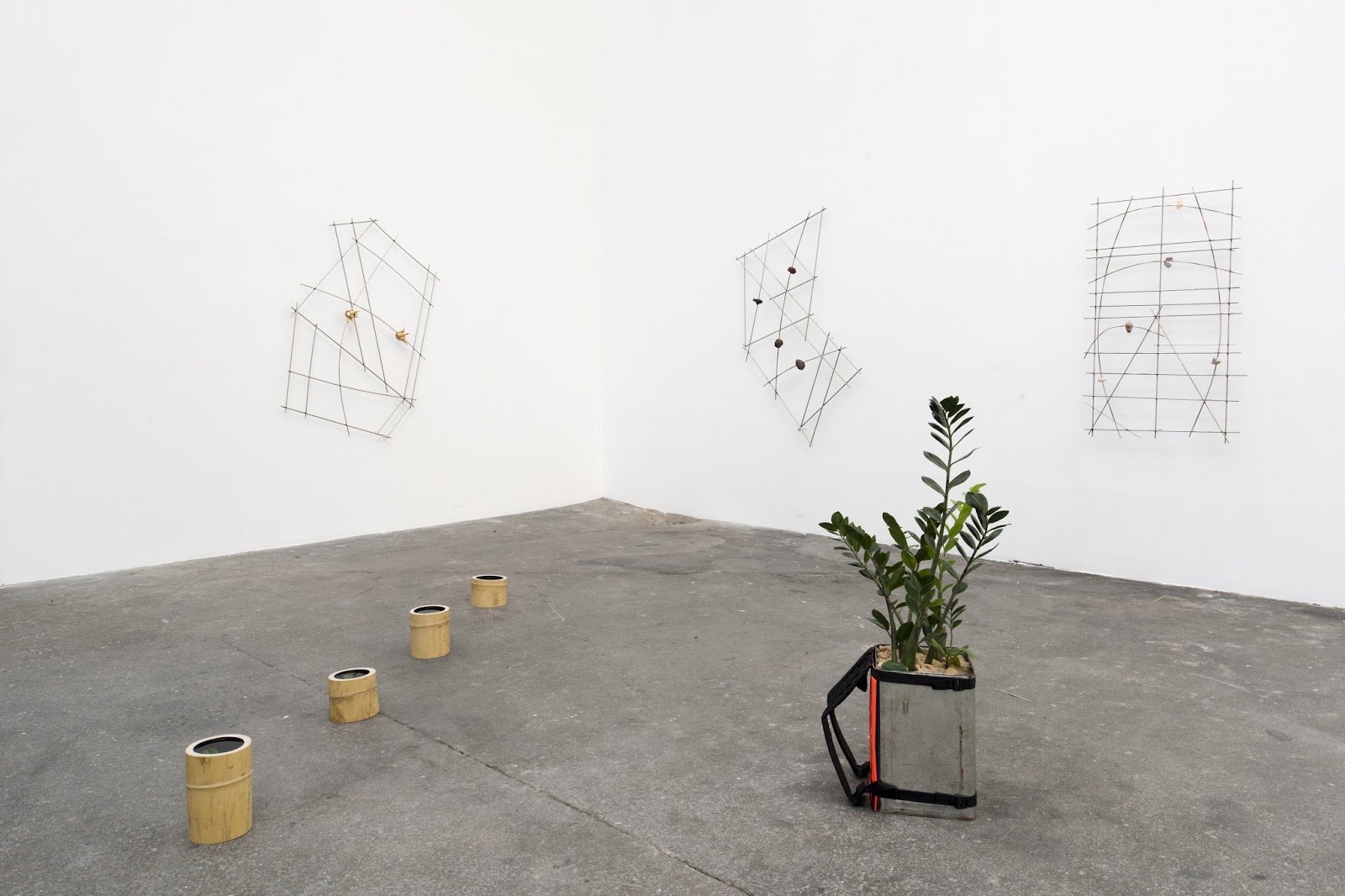 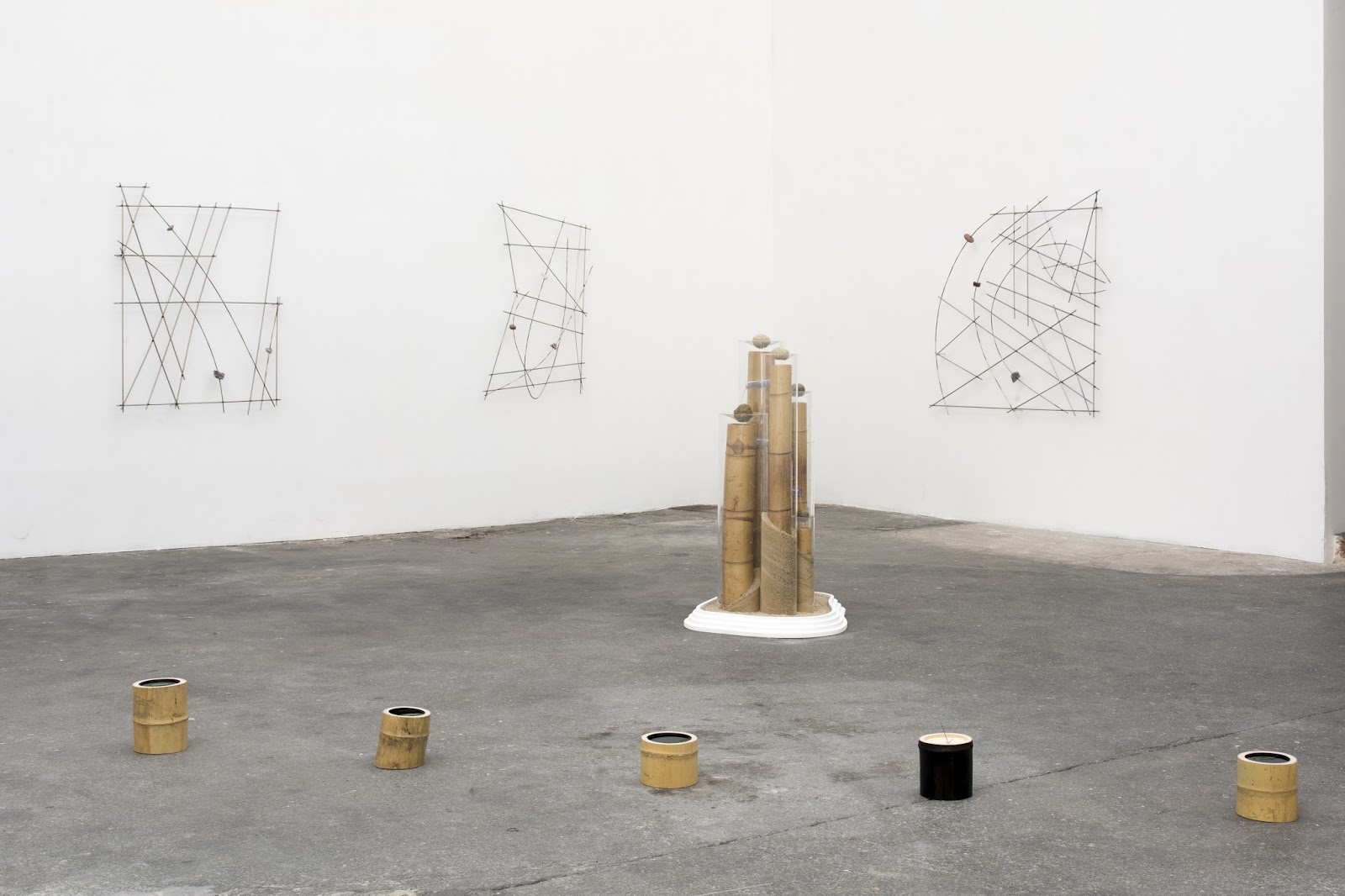 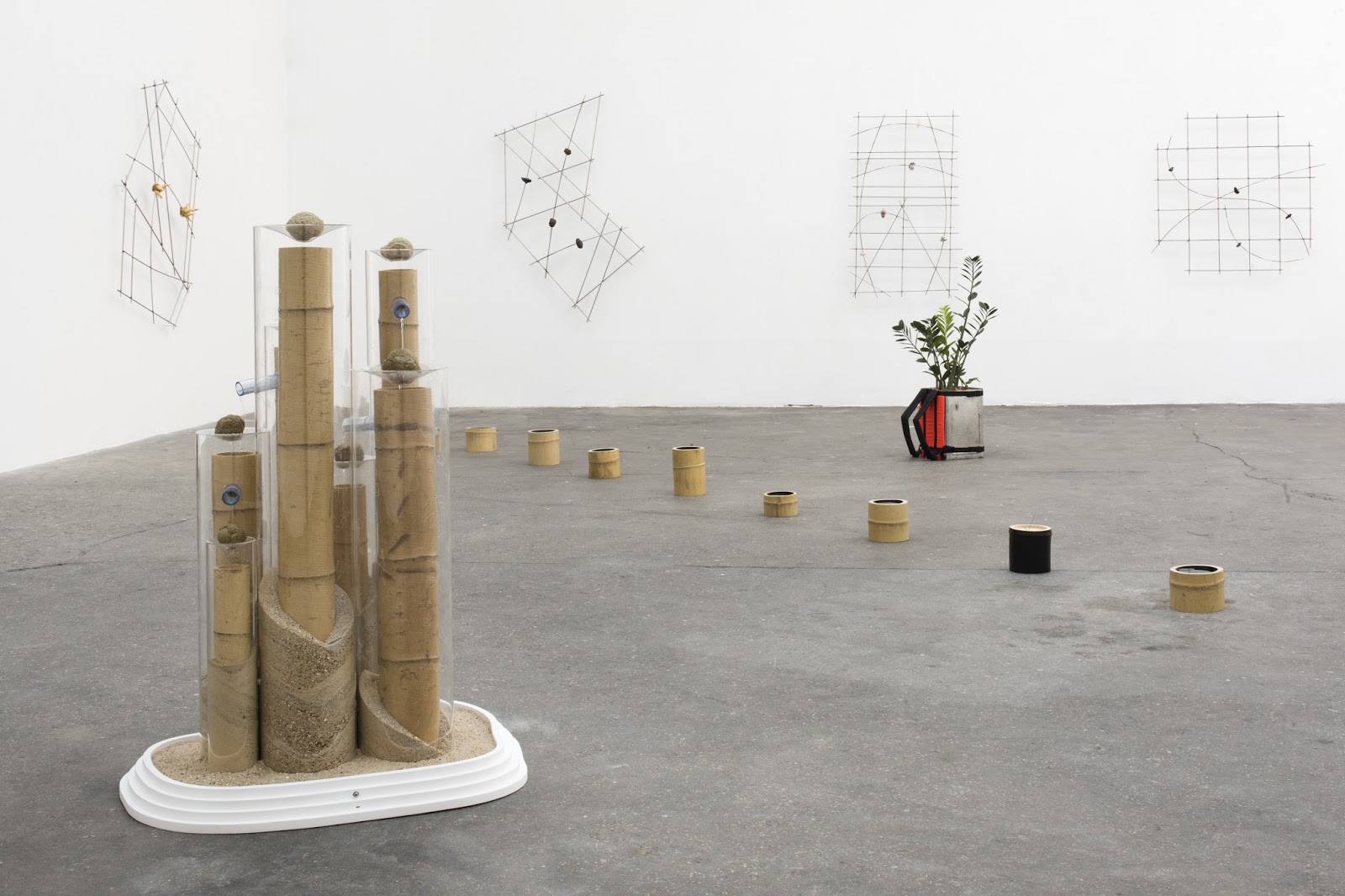 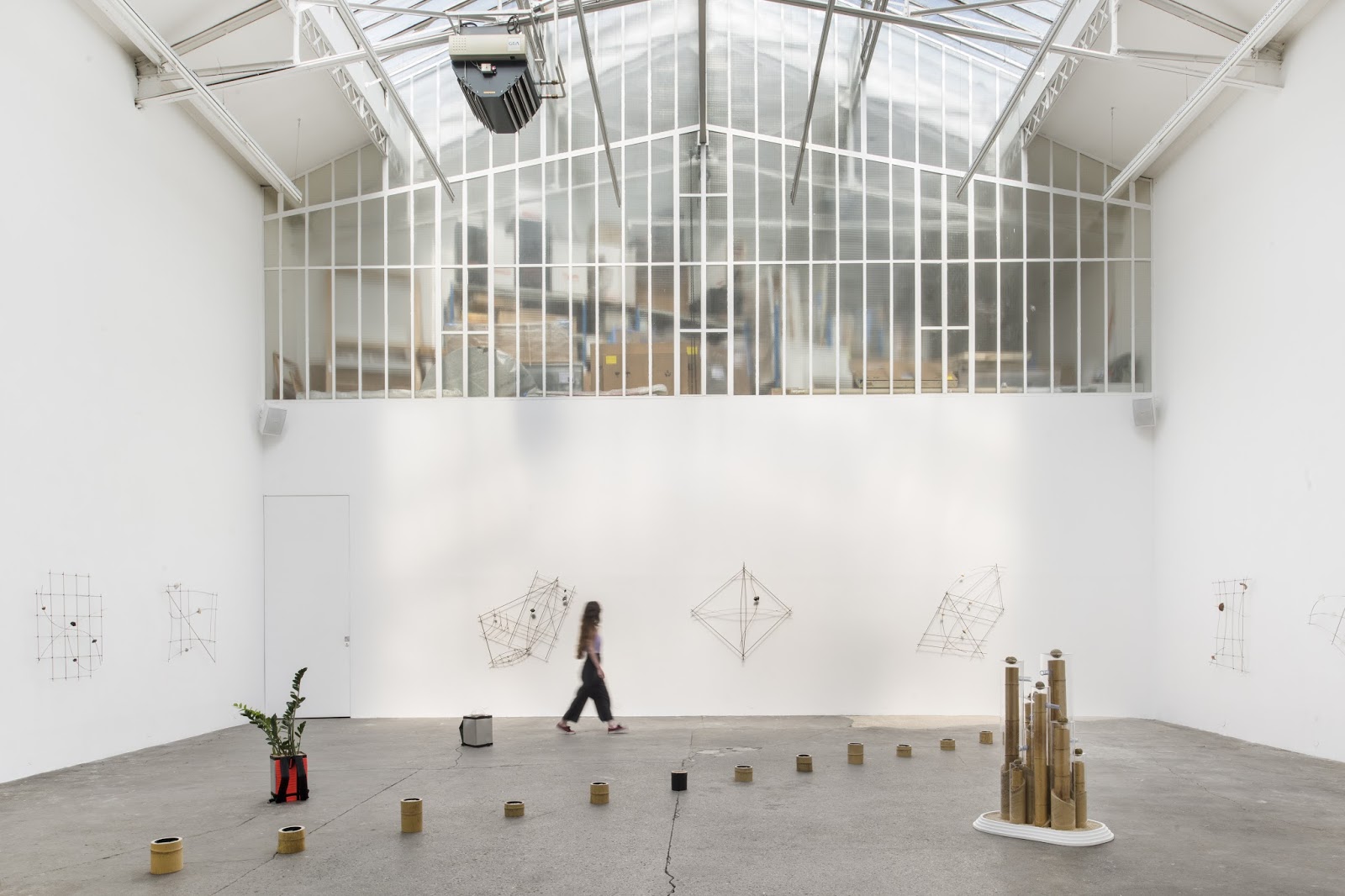 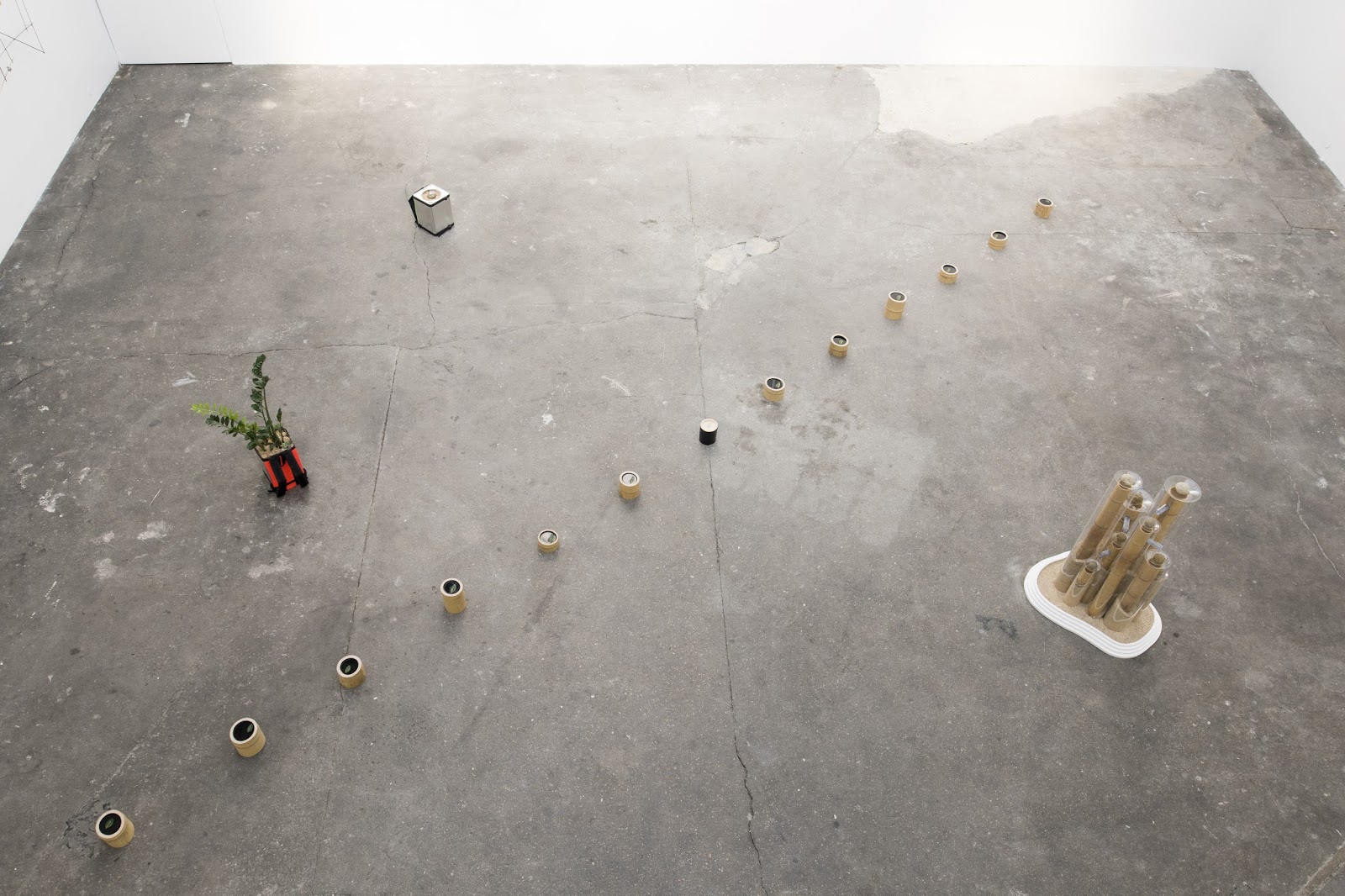 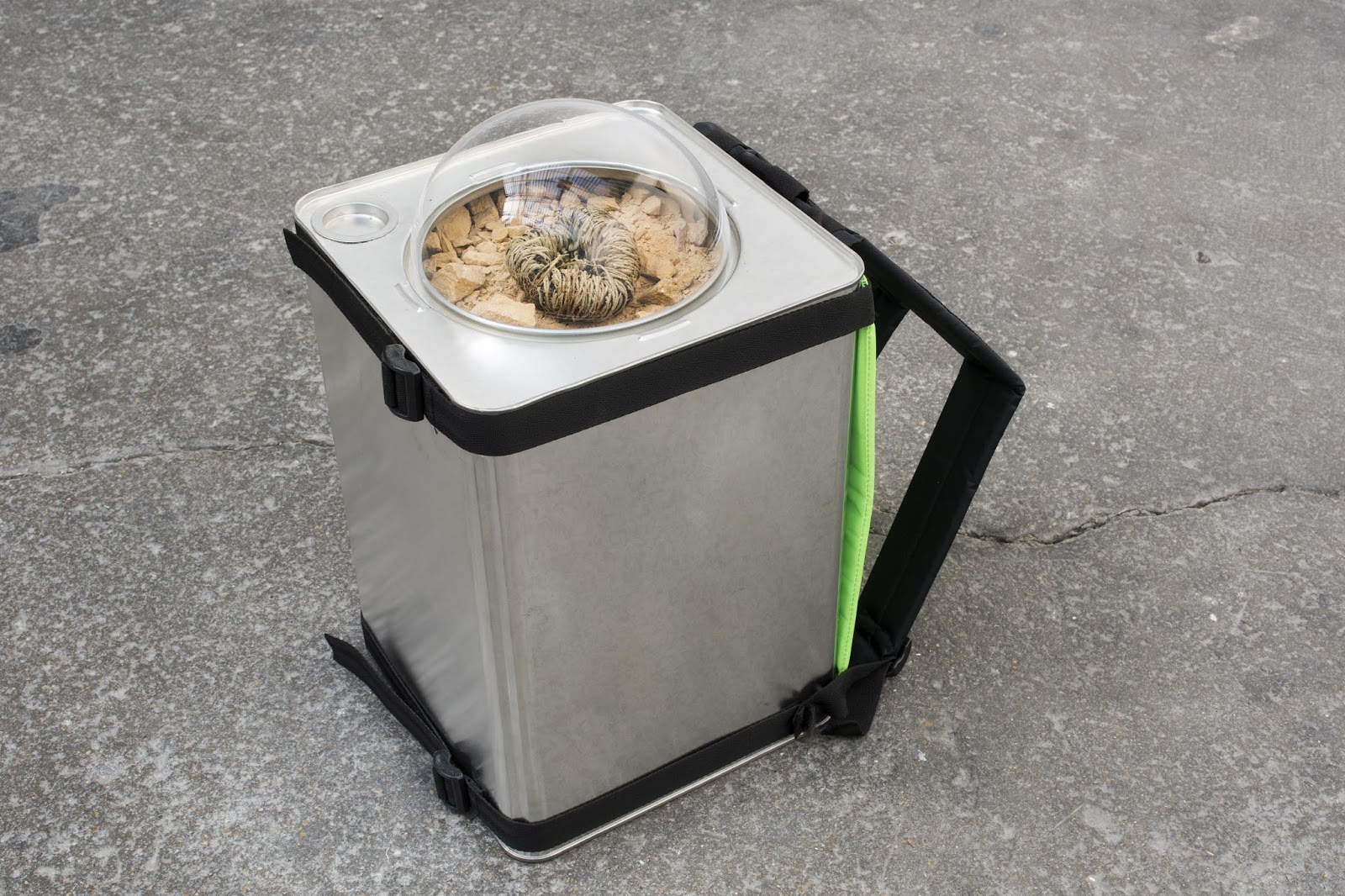 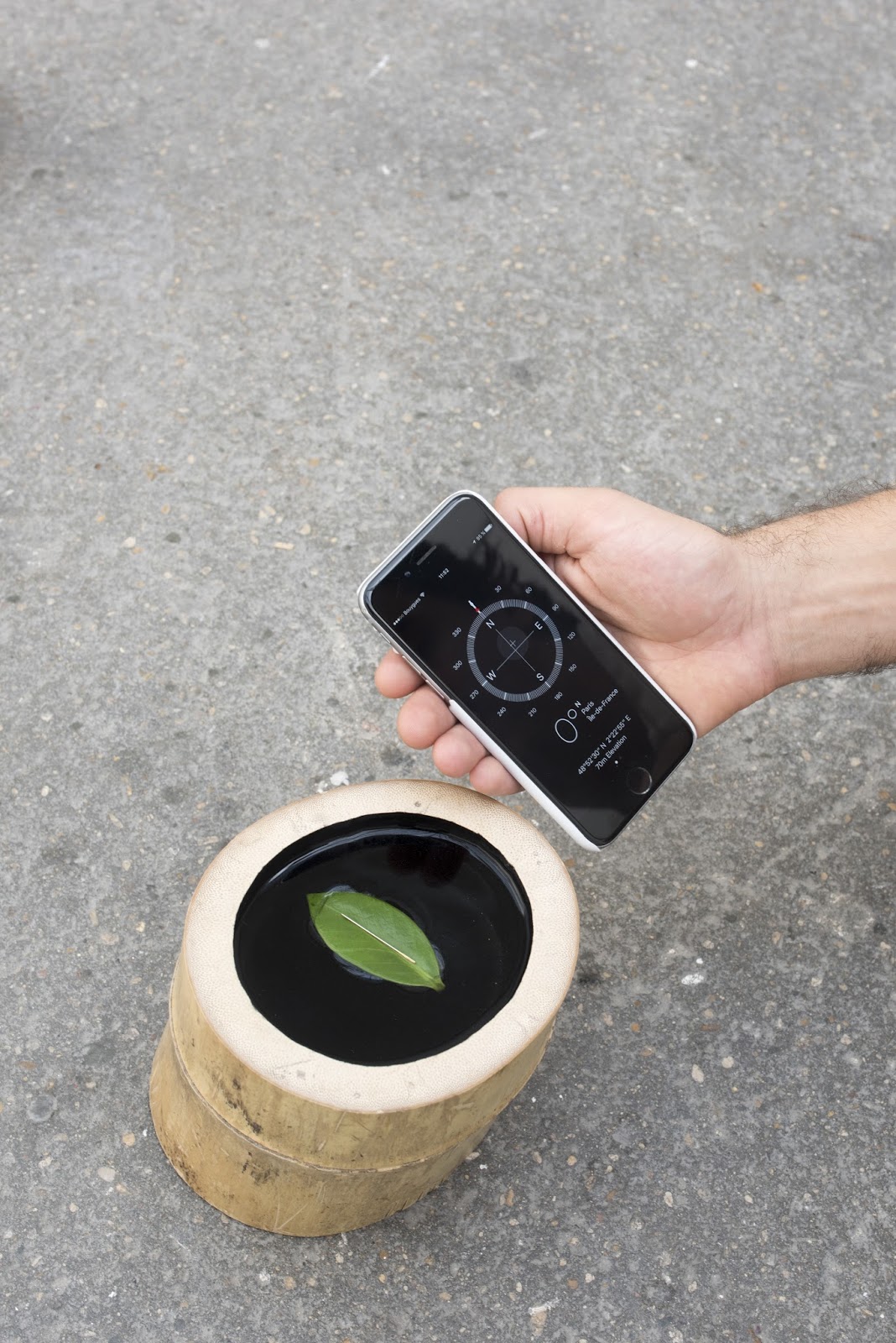 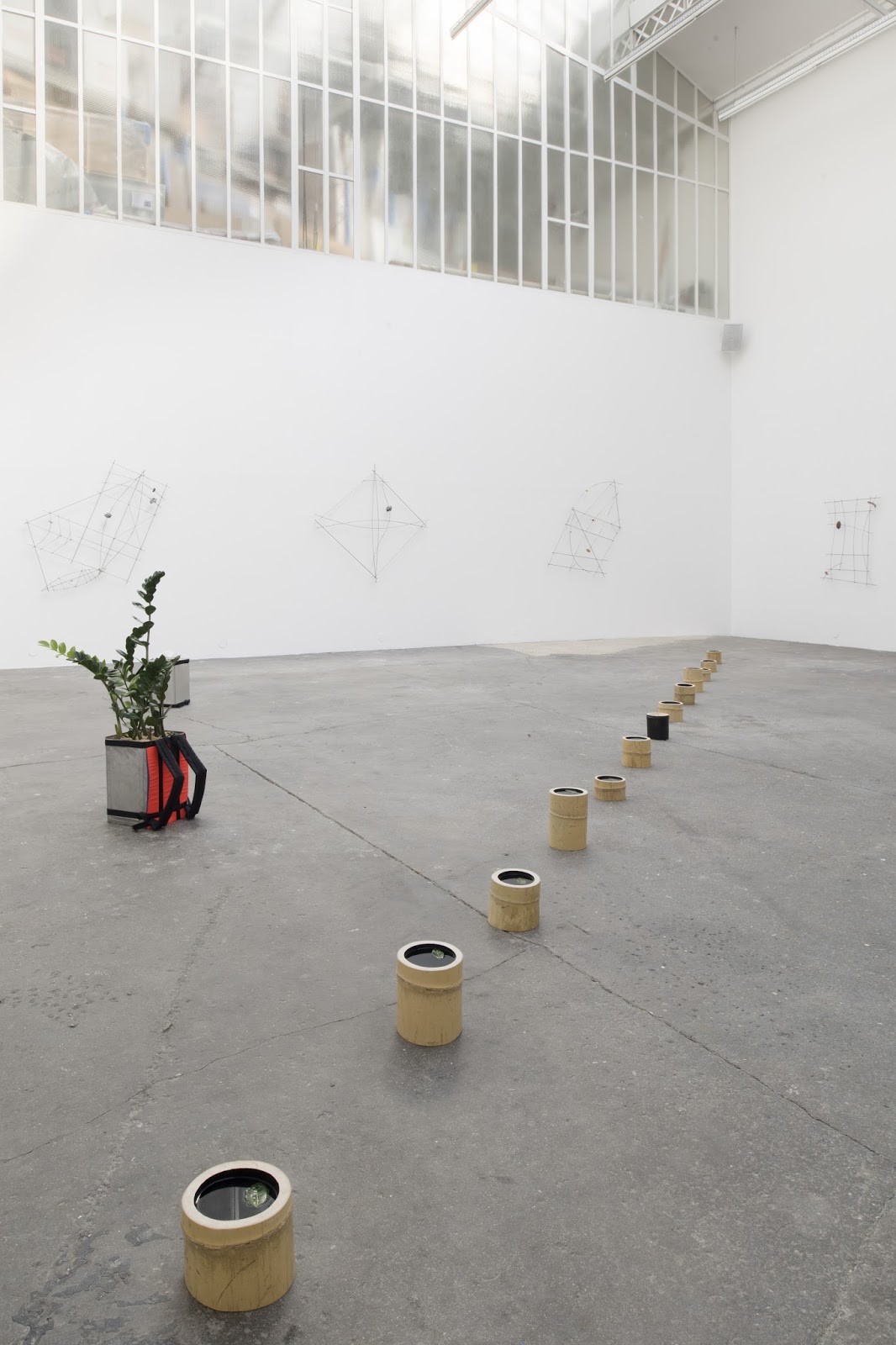 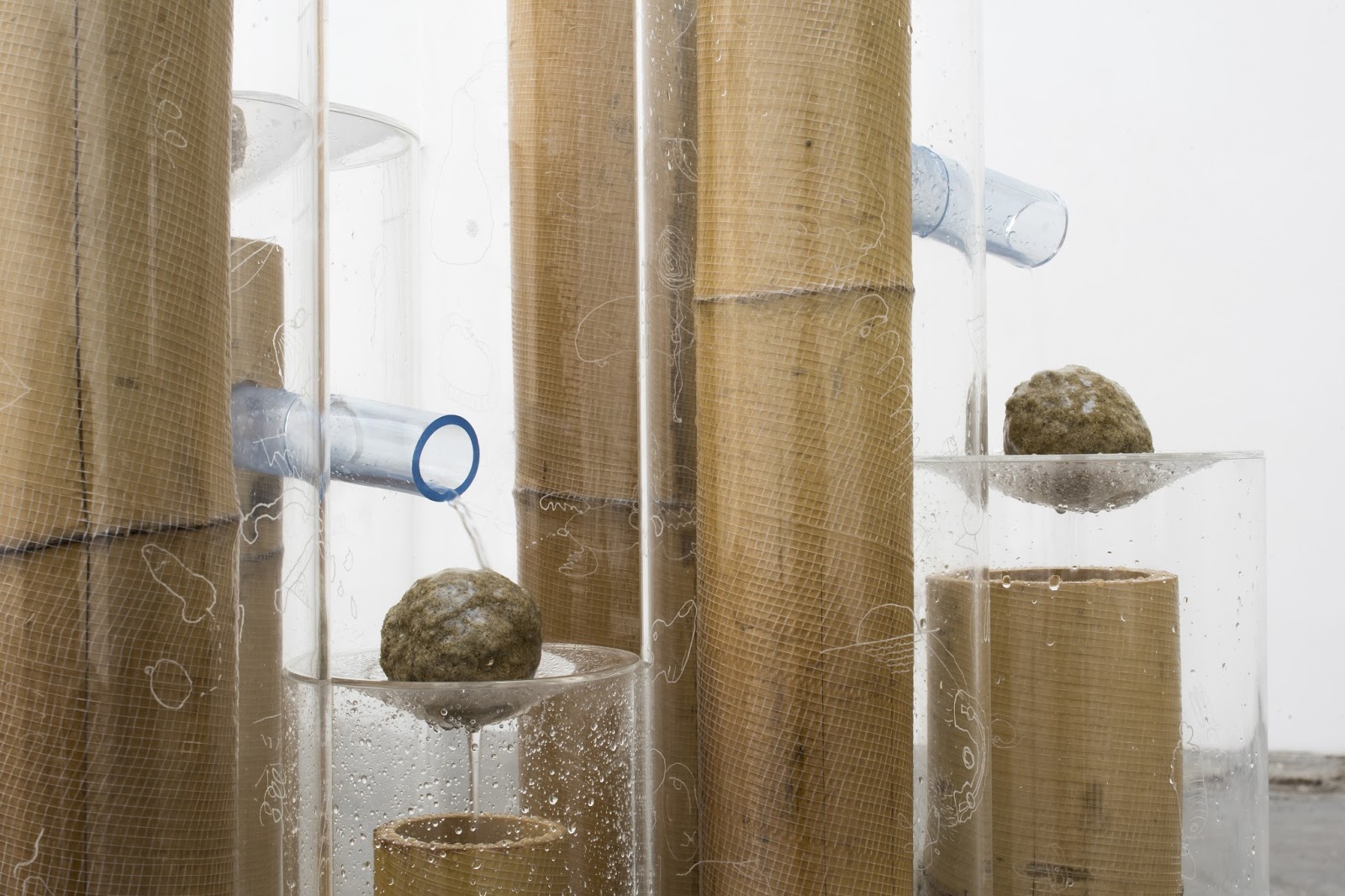 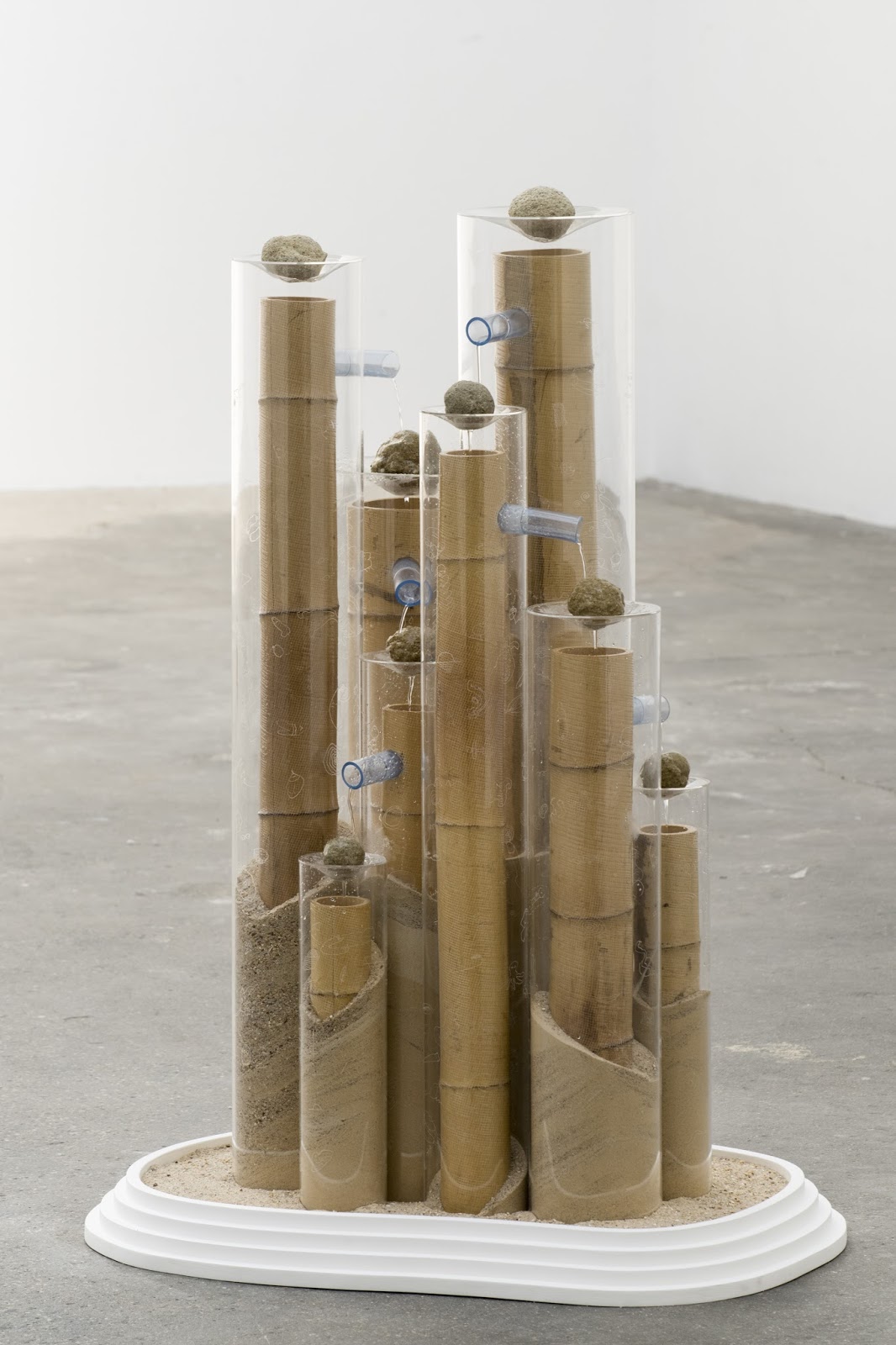 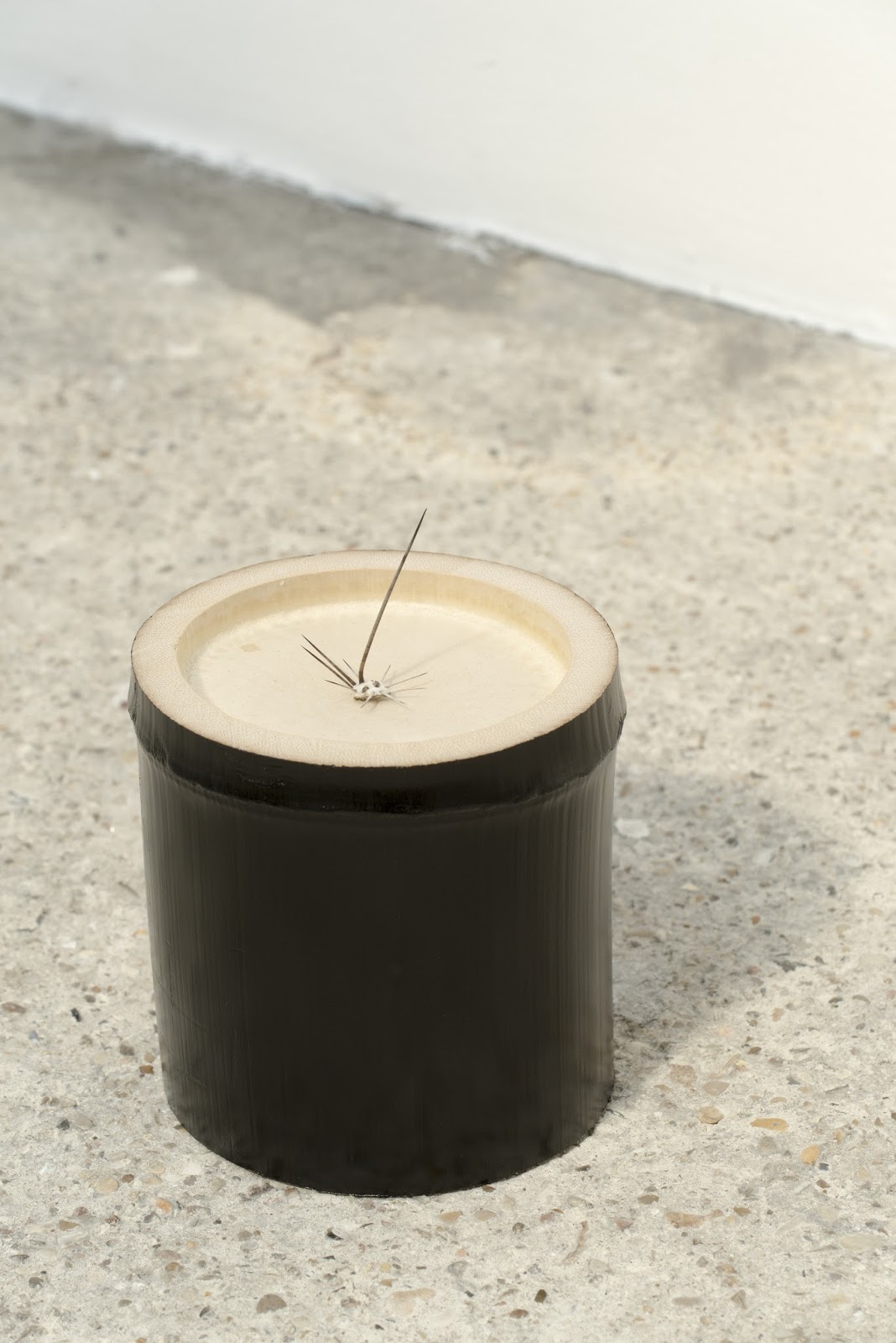 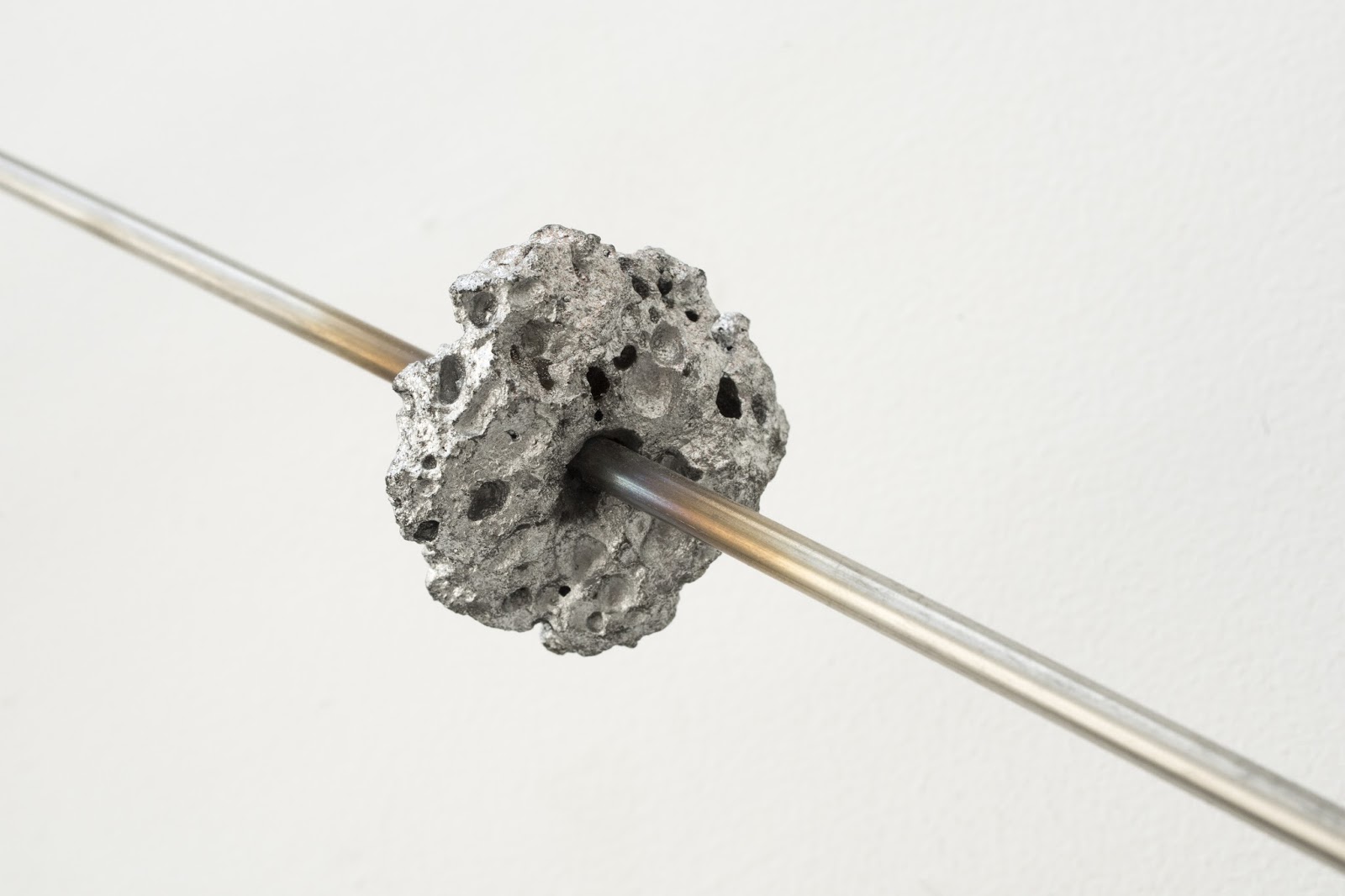 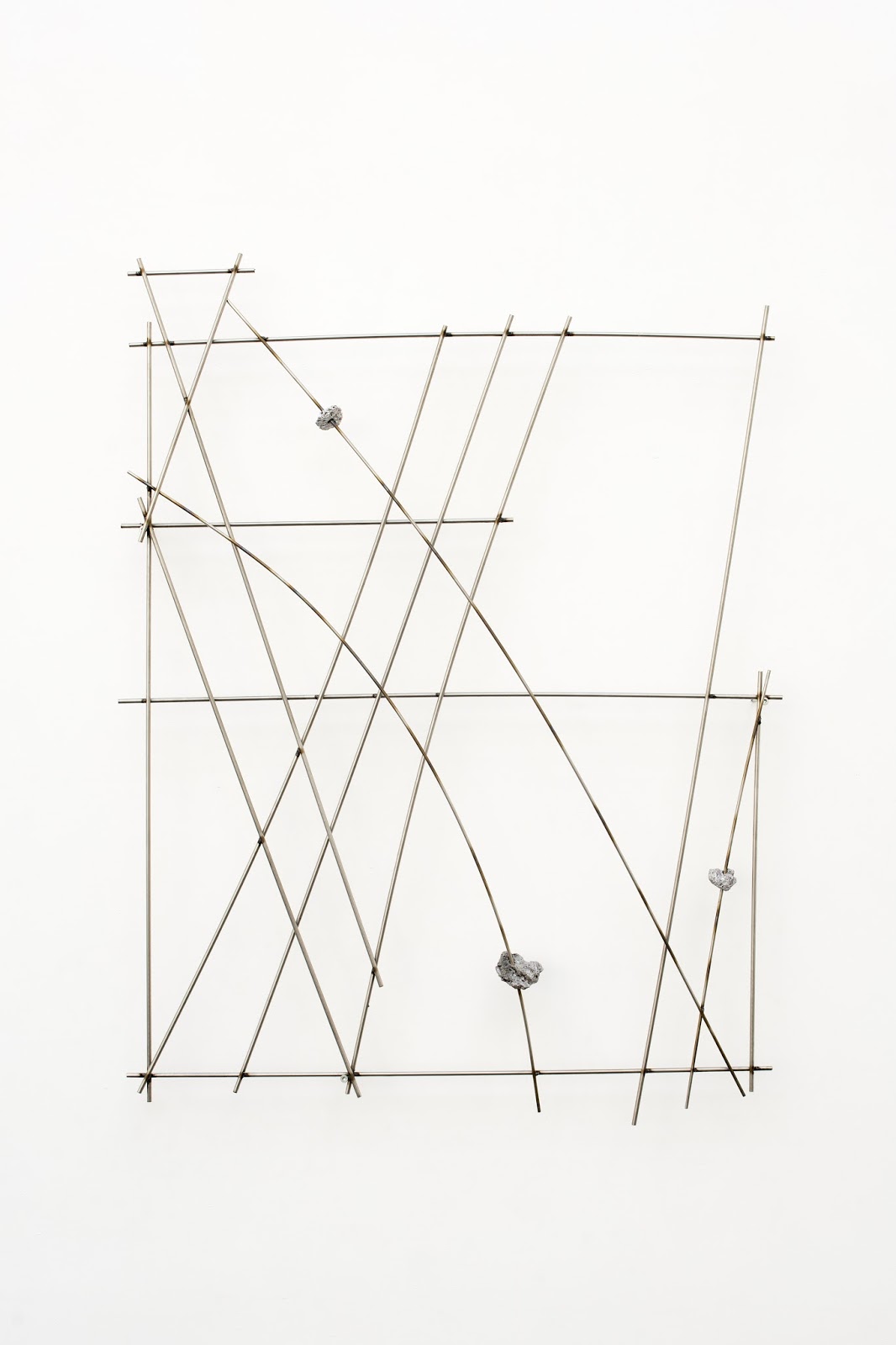 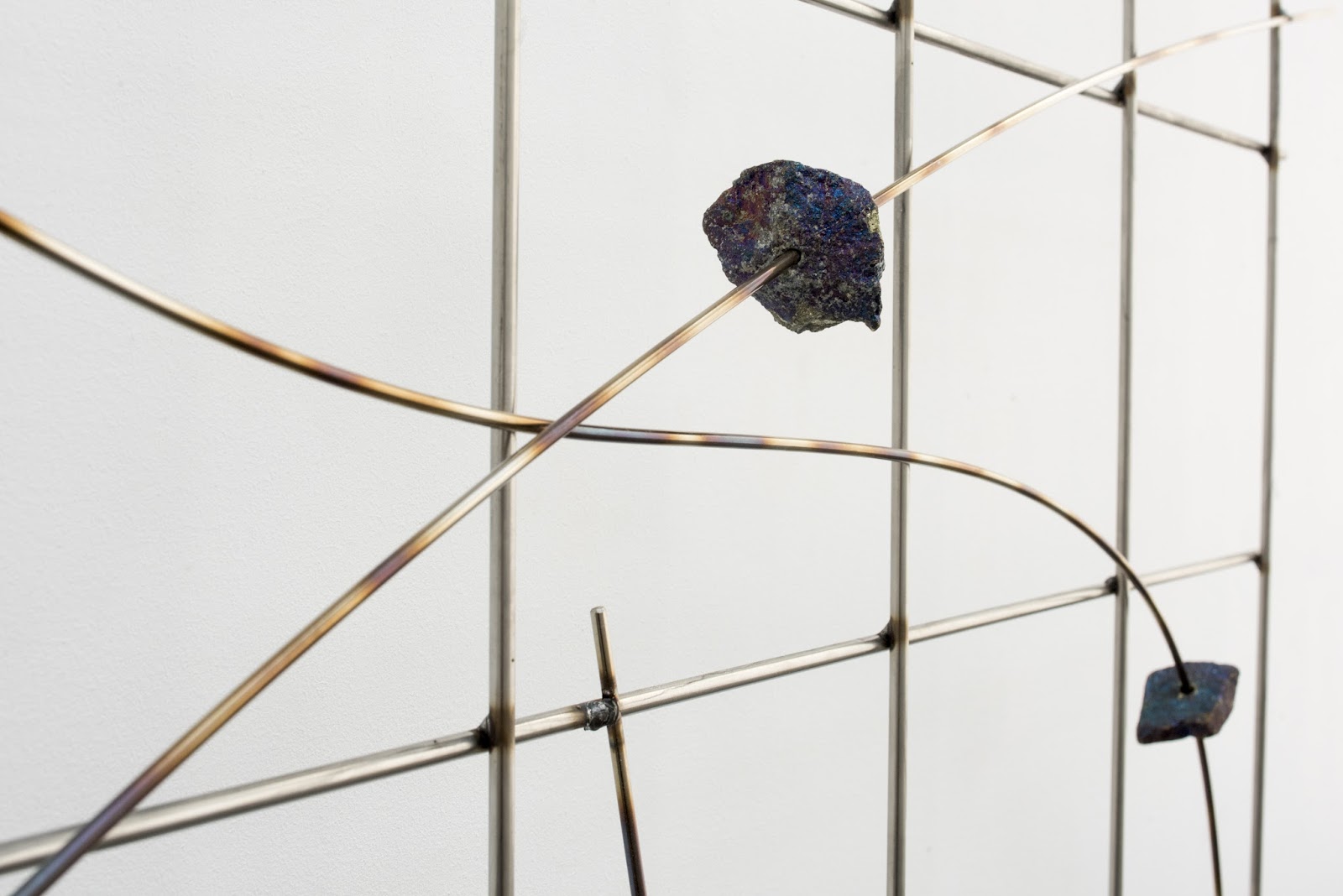 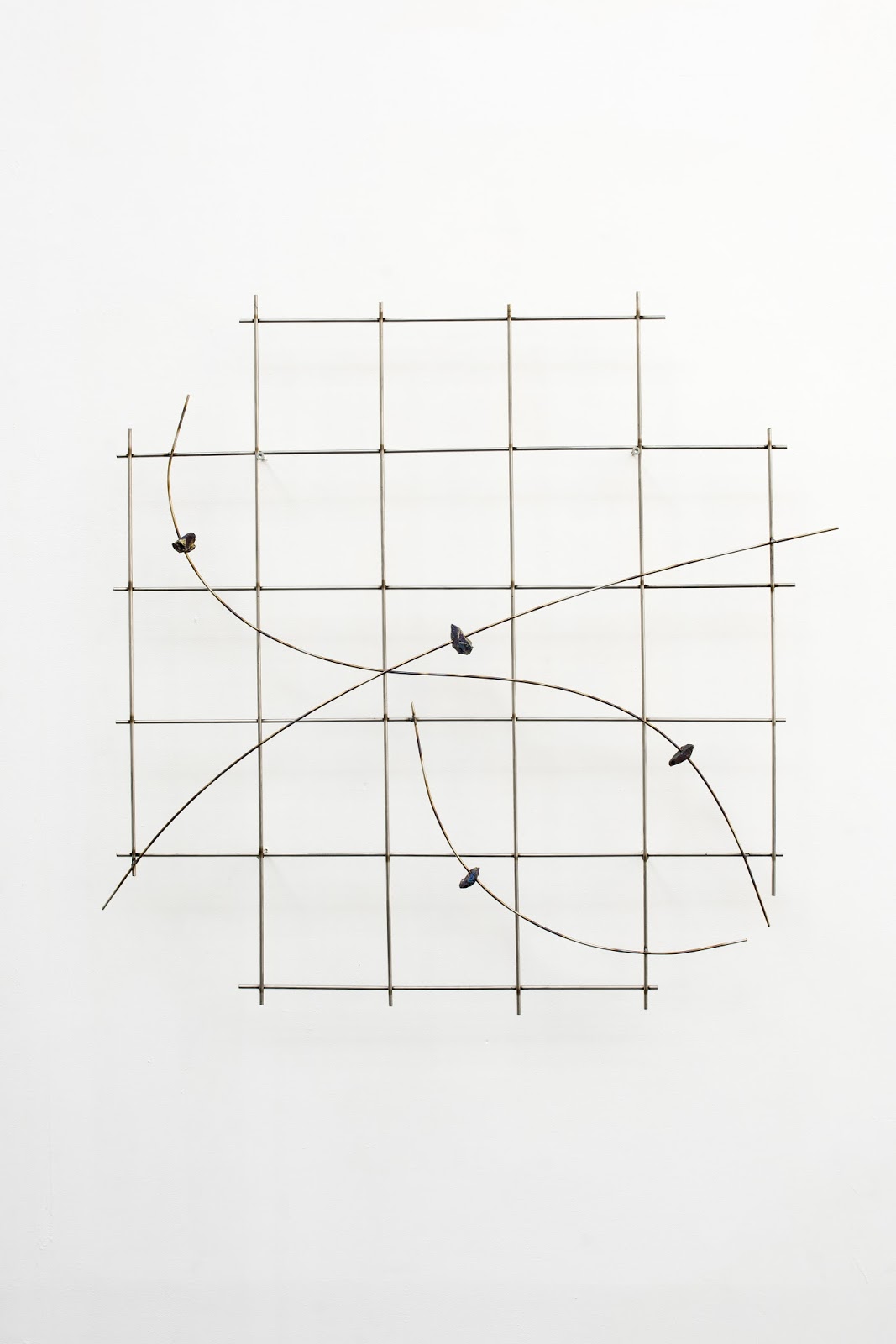 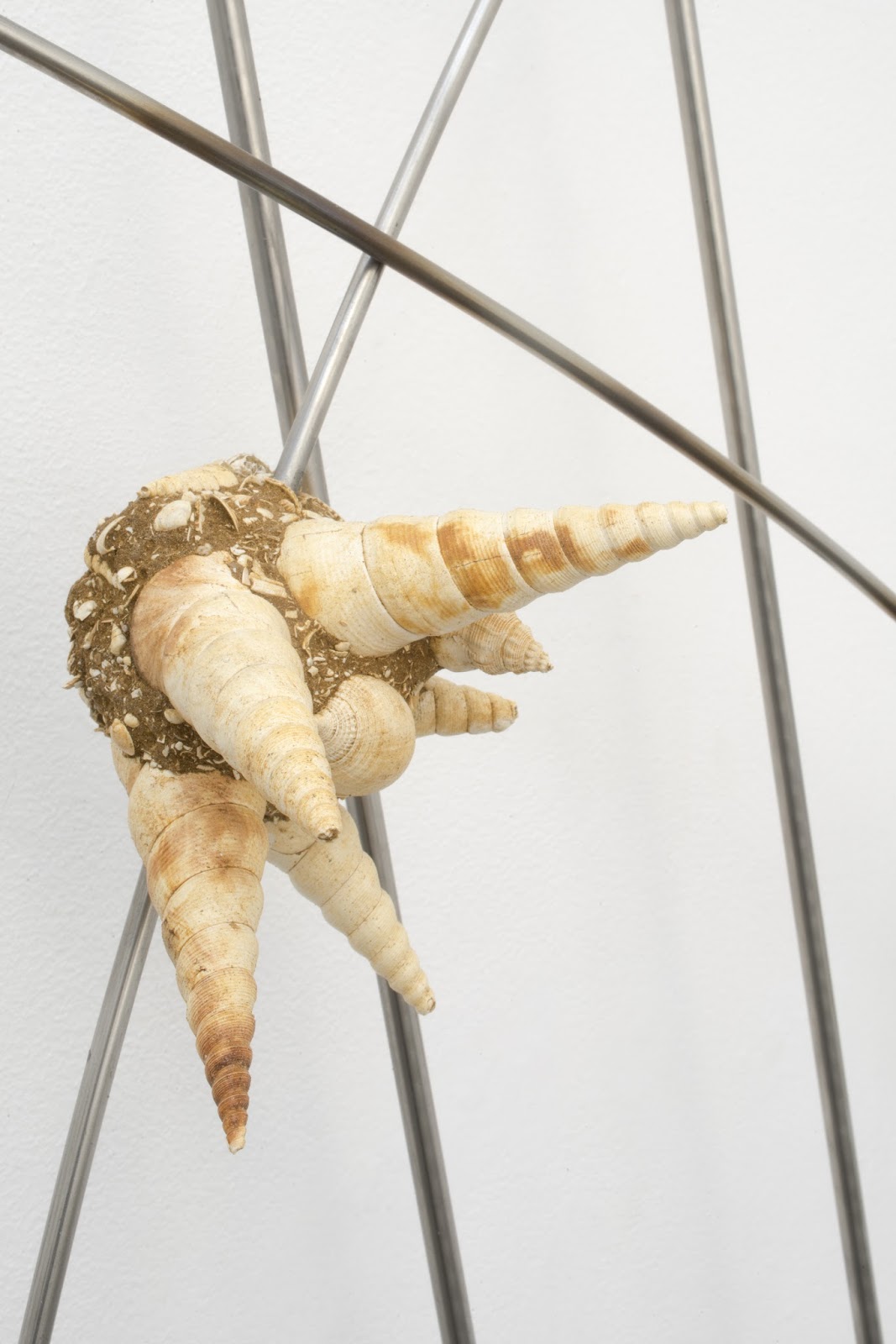 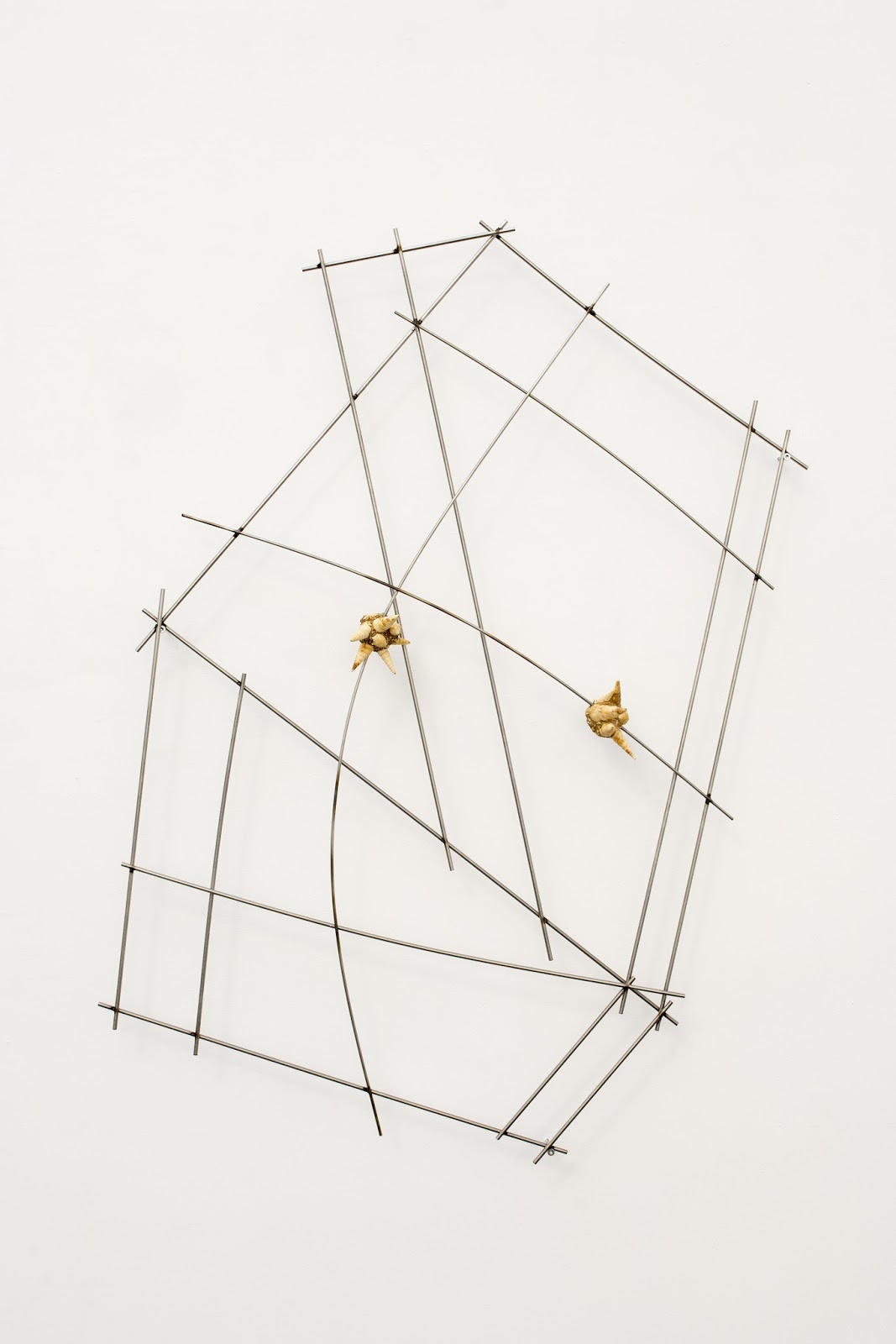 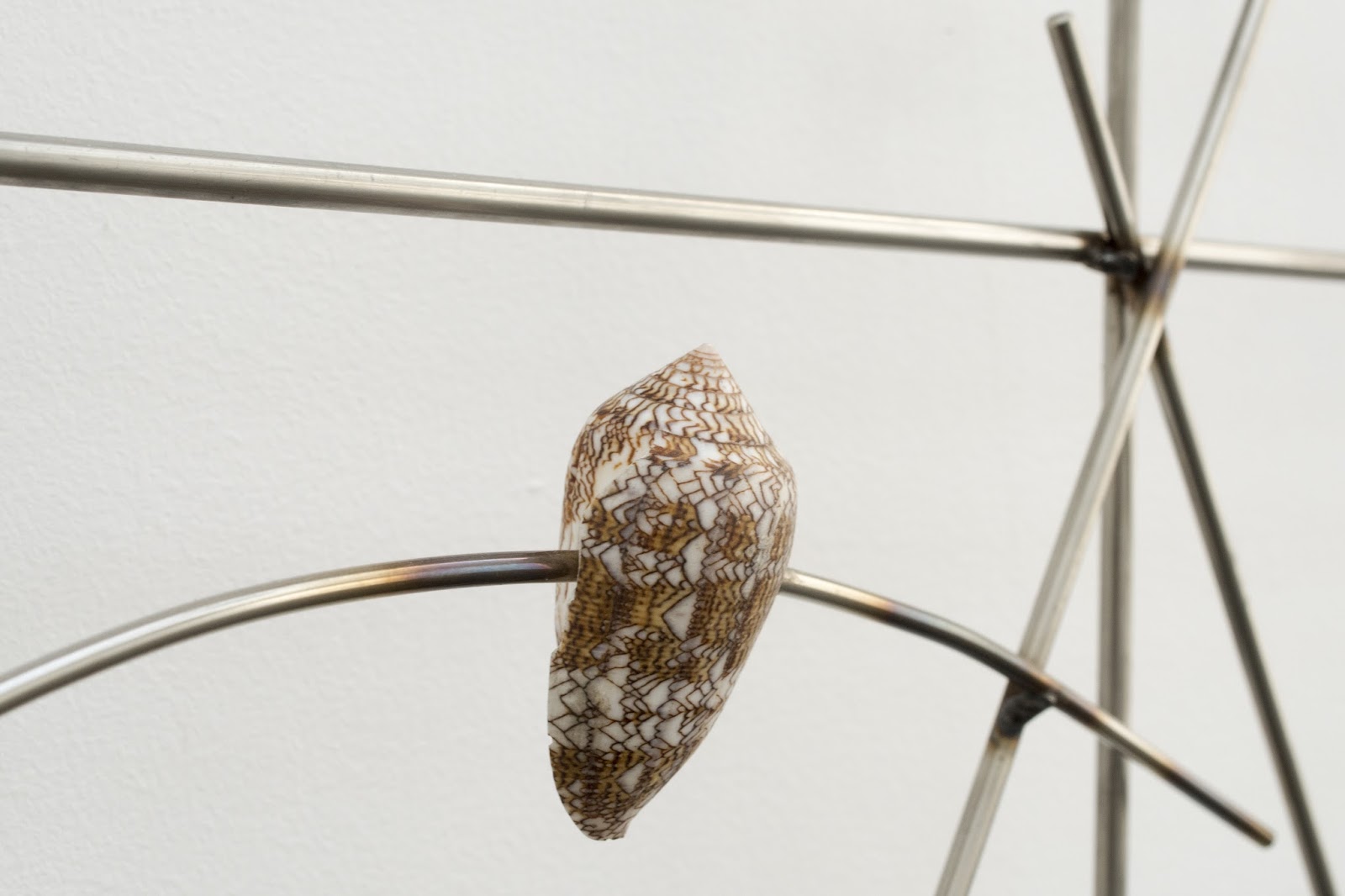 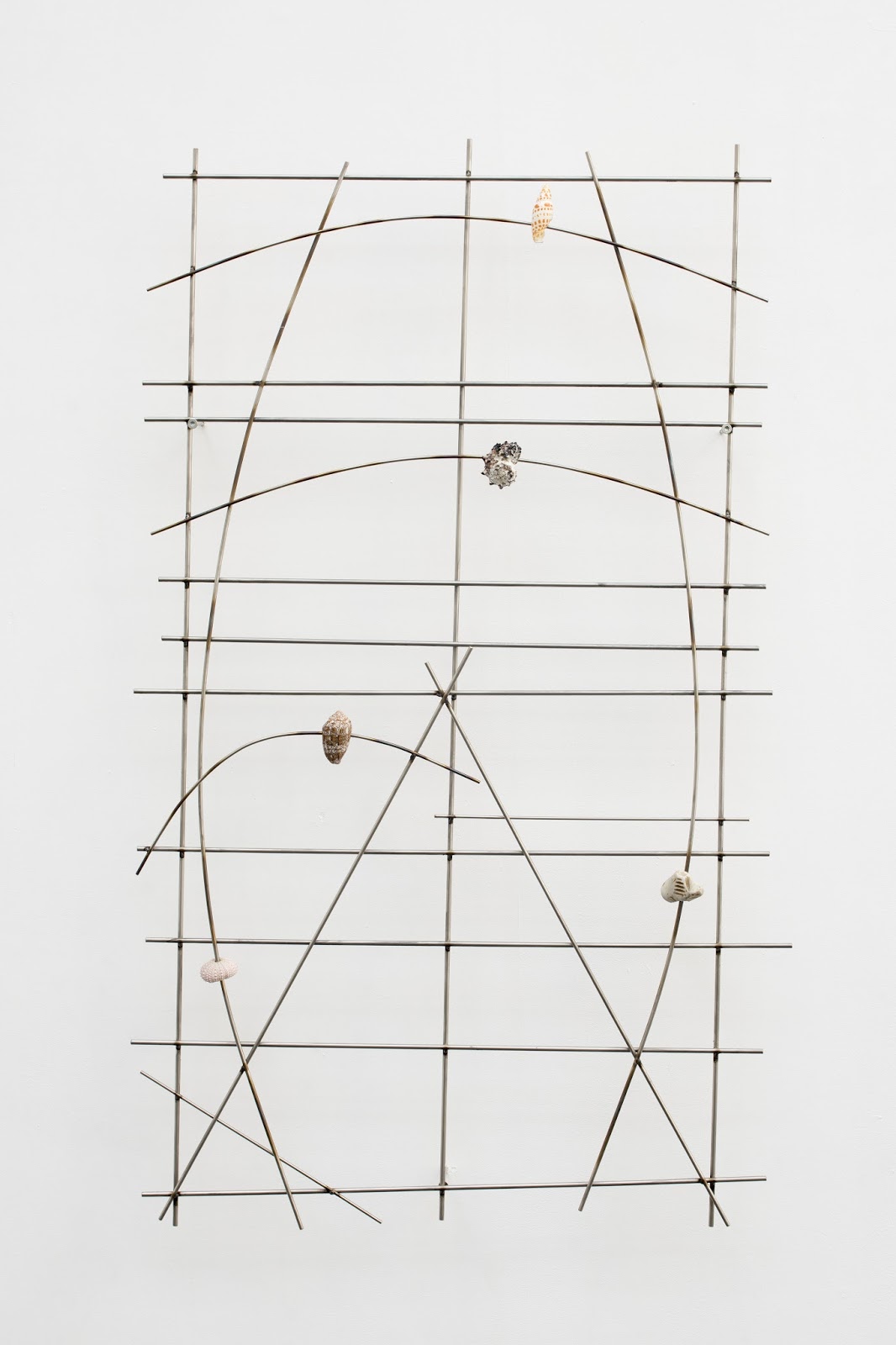 In Demain Amélioration, the artist's second solo show at the gallery, Adrien MISSIKA (born in Paris in 1981, lives and works in Berlin) presents a set of new sculptures combining technology and natural elements used to plot out a personal cosmogony. Resolutely optimistic, Demain Amélioration—its title borrowed from meteorological jargon—is an exhibition with broad and poetic propositions, combining humour and simplicity in an attempt to re-enchant the infinite scale of space and time.
At the centre of the exhibition, Planet Nursery (2016), an architectonic structure reminiscent of a fountain or an organ, combines Plexiglas tubes, bamboo stalks, sand, water and trovanţi—remarkable rock formations found mainly in Romania that are the subject of mysterious tales and legends. Trovanţi are said to have the power to grow, multiply, and even move around by themselves. Inspired by the stories surrounding them, Adrien MISSIKA invented a machine to make planets on which humans could take refuge. The purpose of Planet Nursery, a closed circuit mixing sand, water and vegetation, is to make the stones sitting on top of each tube grow in volume until they become as big as stars. This microecosystem full of promise also serves as a temple, since the Plexiglas tubes are engraved with glyphs inspired by the Maya Book of the Dead.
The thirteen sculptures of the series Where to Go (2016) associate traditional Polynesian and Micronesian nautical charts with the Kepler telescope mission. On these stick charts created as early as 1000 B.C. and used to navigate the Pacific archipelagos, islands are represented by small shells at the intersections of sticks, and ocean swells by diagonal and curved sticks. The Kepler spacecraft, meanwhile, was launched in 2009 by NASA to discover and study potentially habitable exoplanets (planets outside our solar system) orbiting other stars in our galaxy. Inspired by its findings, with these thirteen sculptures Adrien MISSIKA maps out not the sea, but the cosmos and the location of these exoplanets, here represented by lava rocks, pieces of marble, and seashells that the artist has collected over the course of his many travels; their orbits are represented by thin strips of stainless steel.
Navitech (2016) is an installation of hand-crafted compasses made with bamboo, water, leaves and magnetic needles. The backgrounds of the compasses are painted black, thus reflecting the face of the viewer, lost in the darkness of this subtle mirror. The installation also presents a plant built onto a backpack that offers the raw materials for the compasses.
Sundial (2016) is a sundial whose arrow is made of cactus needles grafted onto a bamboo stalk. The angle of the main needle corresponds to the latitude where the dial is located. Currently exhibited in Paris, at 48 degrees north, the needle points toward the North Star, and the shadow projects local time.
Biosphère 5 is yet another hypothesis proposed by the artist in his research and poetic conquest of new resources and new modes of existence. Inspired by the film Silent Running (Douglas Trumbull, 1972) in which
humans, after Earth has been depleted of all plant life, send a forest contained in a giant geodesic glass dome into space, Adrien MISSIKA devised a portable ecosystem made of tin and Plexiglas, built onto a backpack, that allows light to nourish a Selaginella Lepidophylla from Mexico (Chihuahua), a desert plant nicknamed locally "Siempre Viva" (still alive). The plant needs almost no water to survive, opening when it comes in contact with water, and closing back up again in order to preserve it.
Demain Amélioration takes the viewer on a journey through science, poetry and futuristic narratives, exploring universal as well as personal themes and mythologies. To evoke humanity's place in the universe, the artist has devised a simple, pared-down system of production that becomes a vehicle for re-enchantment, where stones represent stars that elude human vision and control, and maps take on an interstellar scale. Here Adrien MISSIKA thus envisions possible destinies for humanity where, in this age of GPS and digital technology, he gives prominence to a primitive notion of navigation and conquest.