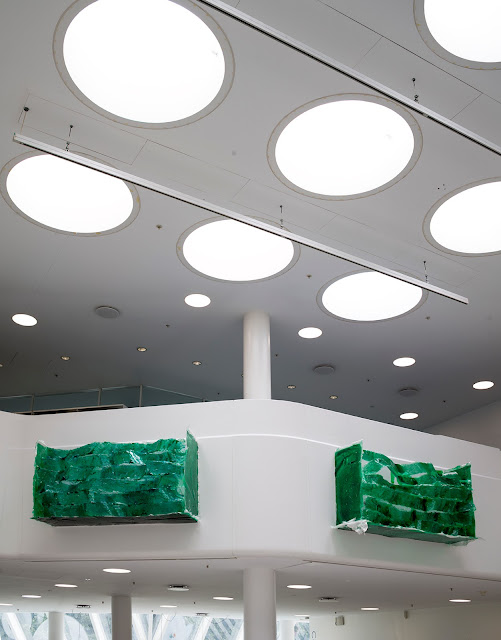 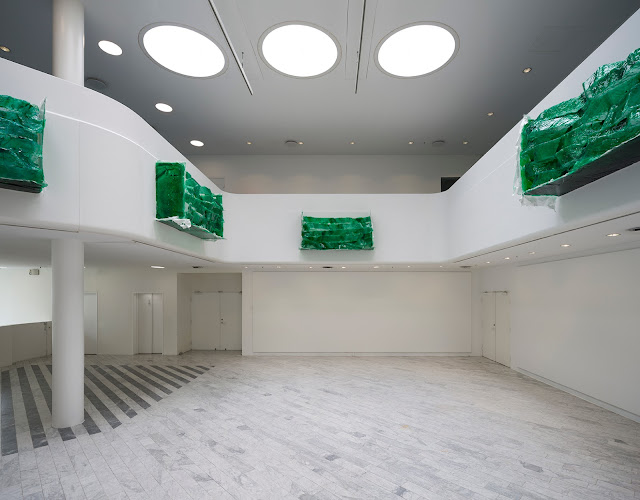 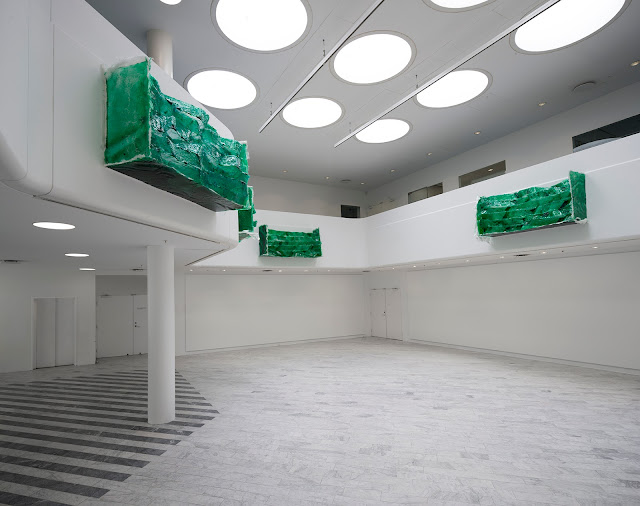 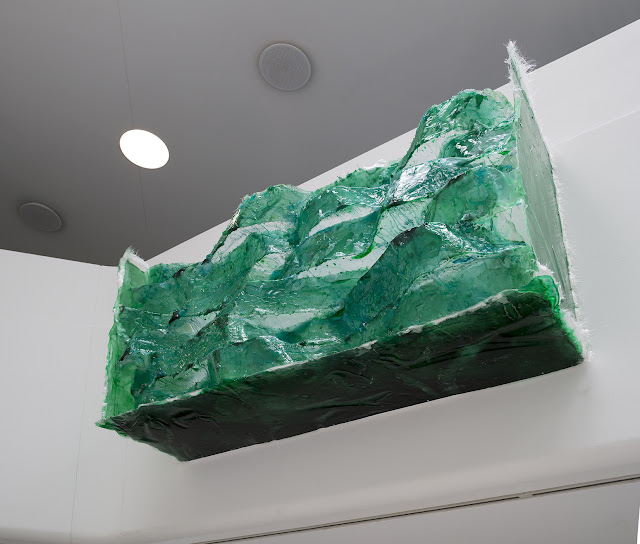 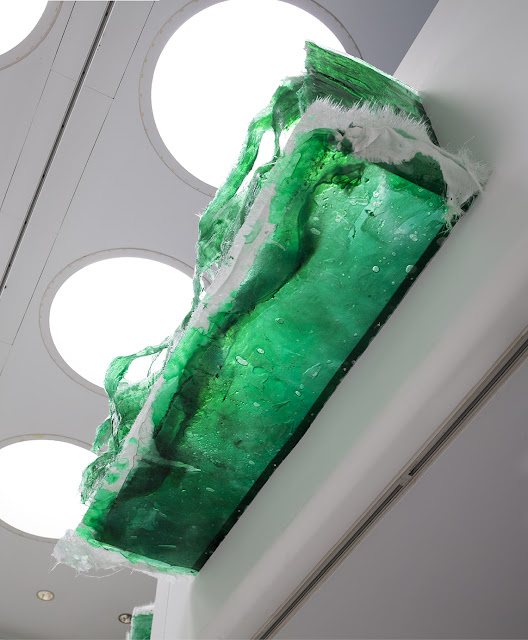 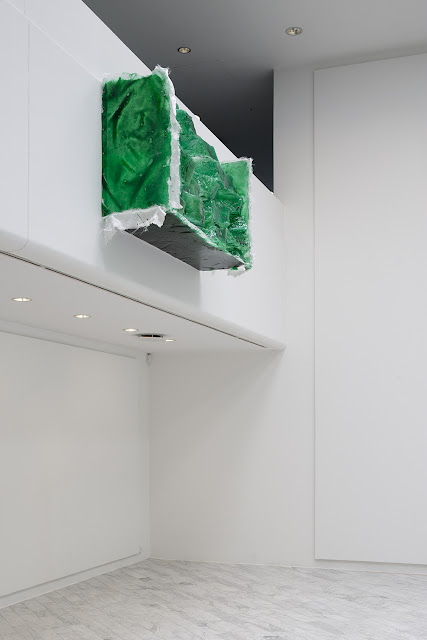 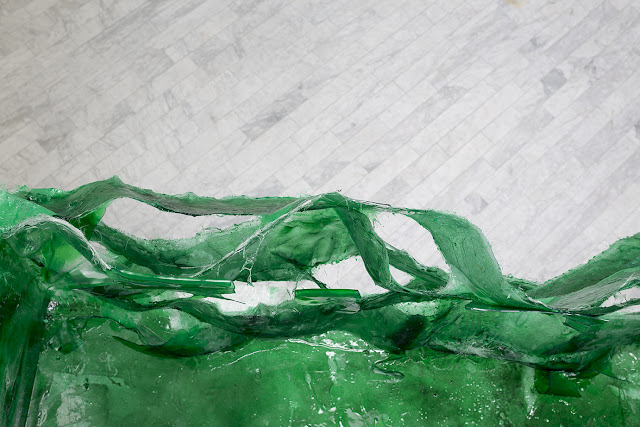 Tranen is proud to present the solo exhibition FIN by Tiril Hasselknippe (NO 1984) created for Tranens iconic futuristic balcony architecture. Hasselknippe’s sculptures are brutalism in synthetic form. The double bonds between the sacred and the primitive / natural and artificial / the life-giving and the downfall, are all present in her works. This voltage and indeterminacy has contributed to marking her as one of the major Norwegian artists today. Inspired by an American West Coast minimalism, where the synthetic and the sublime unite in perfected abstract aesthetics, the artist creates a kind of science fiction of formalism.

We emptied out the elements. Smog lacing car and hands. Darkness closing eyes. Feel through your extensions. Step into objecthood with me. Doing it together. Boots for cover and protection. Boots with strange toe areas. A hip is both rounded and angular. Breaking off into pieces. Making air and distance more tangible. The statue is feeling faded. Only the balcony has the right dimensions for both rounded and angular volumes. Hydro pressures are for the living. Disperse off the cliff. Note that there is no filter. This is truth. Realism does not exist. Type in your destination. Whisper with a slight melody for easy recollection.

The motions are made by nimble hands. This was a contract of mutual sacrifice of equal measures. I used to be a conservative, they said. But not anymore. It is not the matter that is fluid it is the adornment. Much like the differences between Ionic, Doric and Corinthian columns. Exactly like that. A shift as great as these shapes. The balconies changed history. We do not write about it but pass it down through verse. The dexterity of the early balcony was frail in early rupture years. An object not entirely adroit, but through collaborations, also known as interactions or visits, with singularities they experienced a turnover unlike any other. Last gasp of an empire gave breath to the new collective. The balconies restarted civilization. Enclaves of compiled water. Assemble resistance and cleanse amass.

Release now the crusts of trepidation.