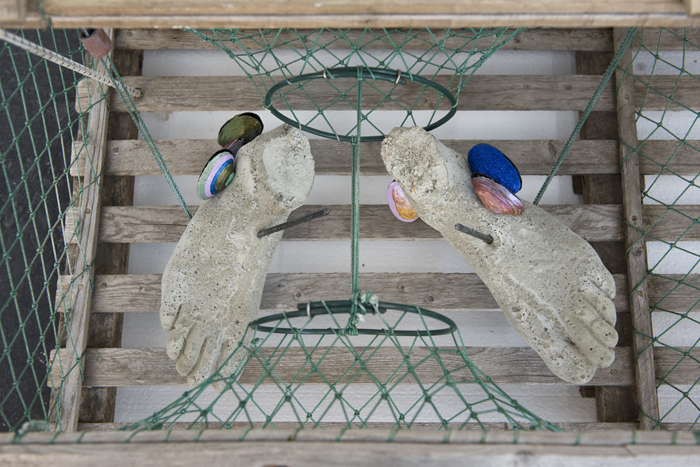 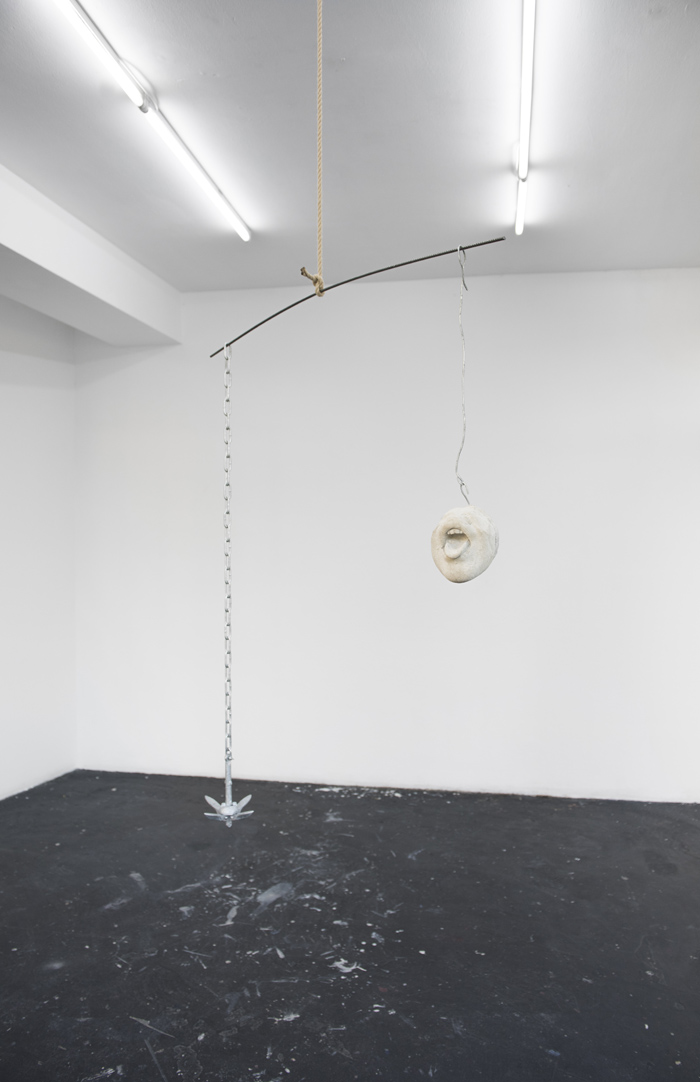 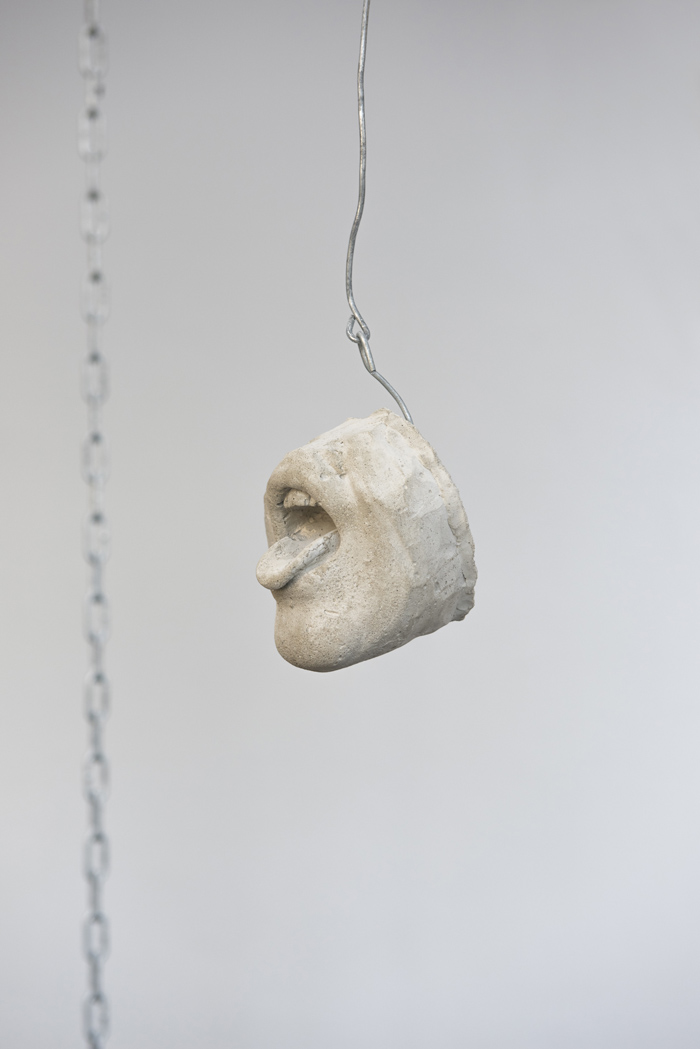 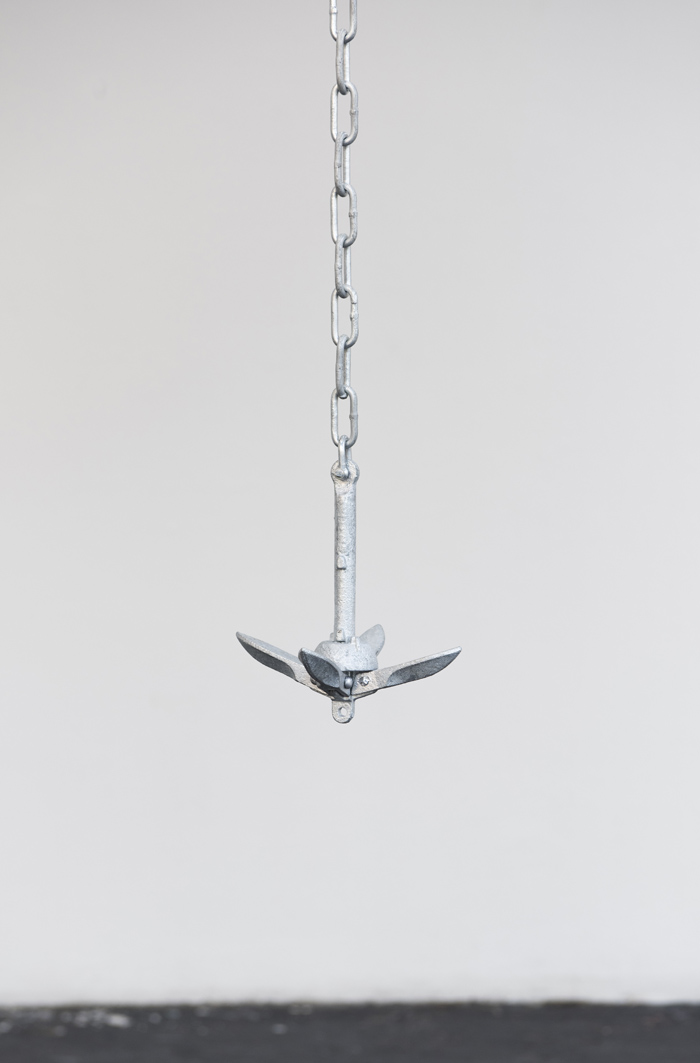 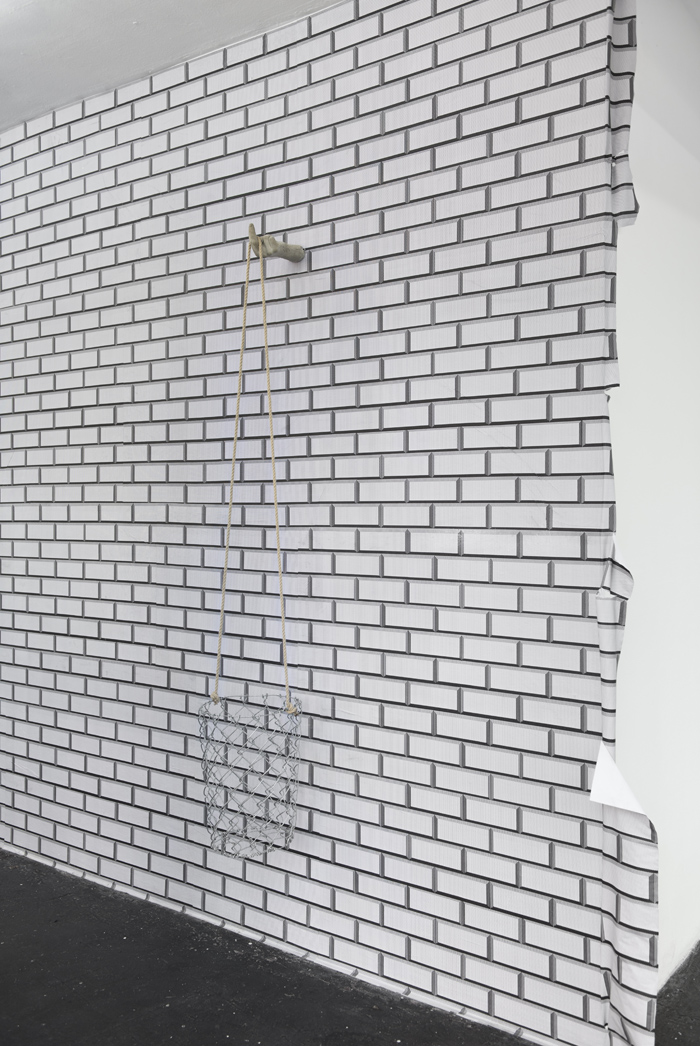 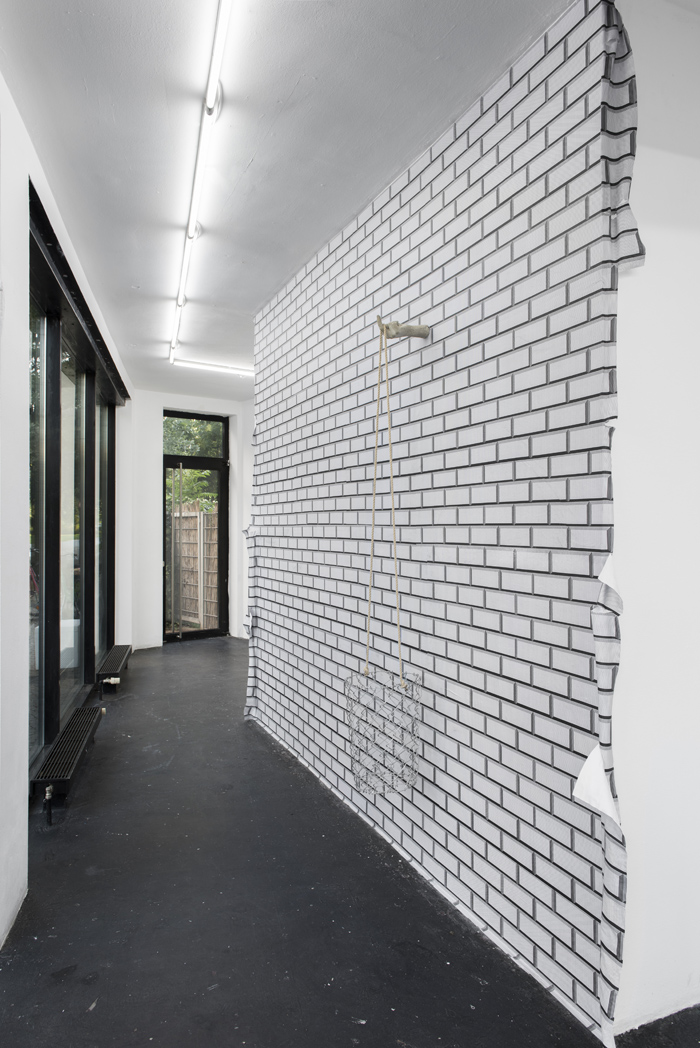 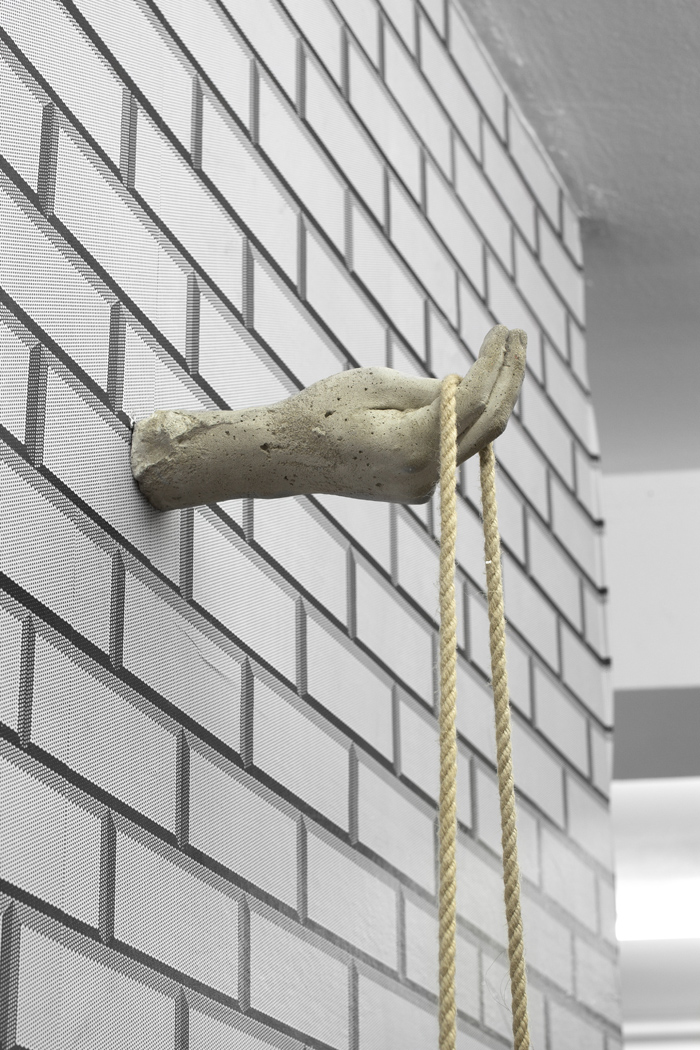 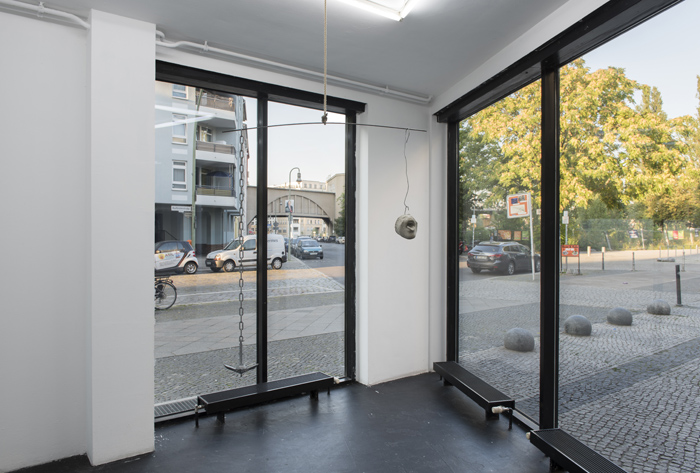 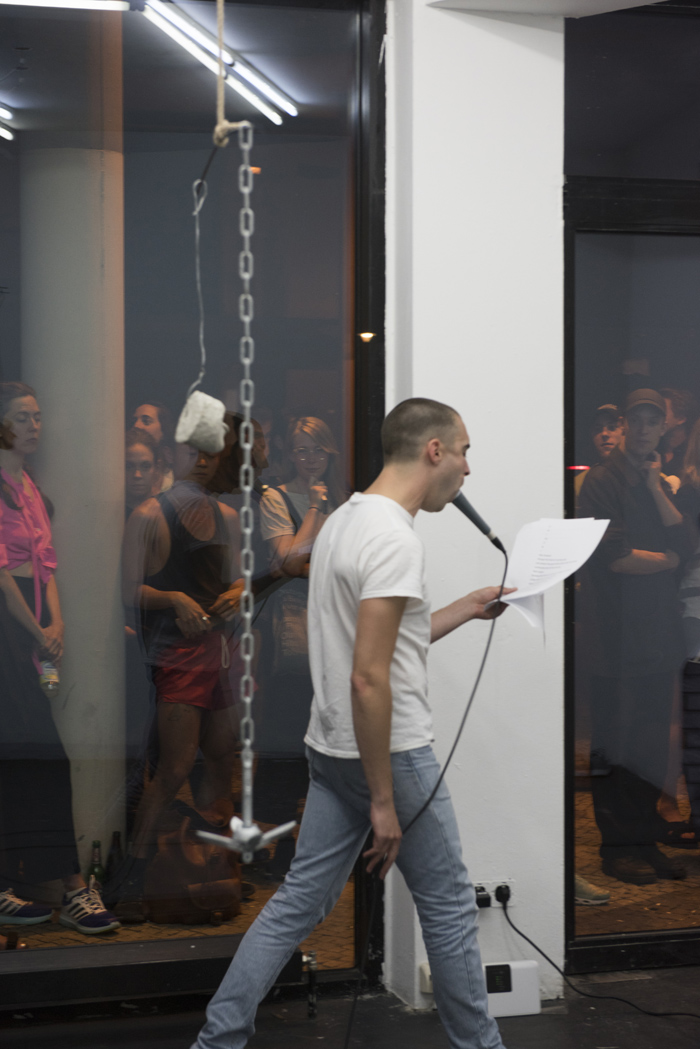 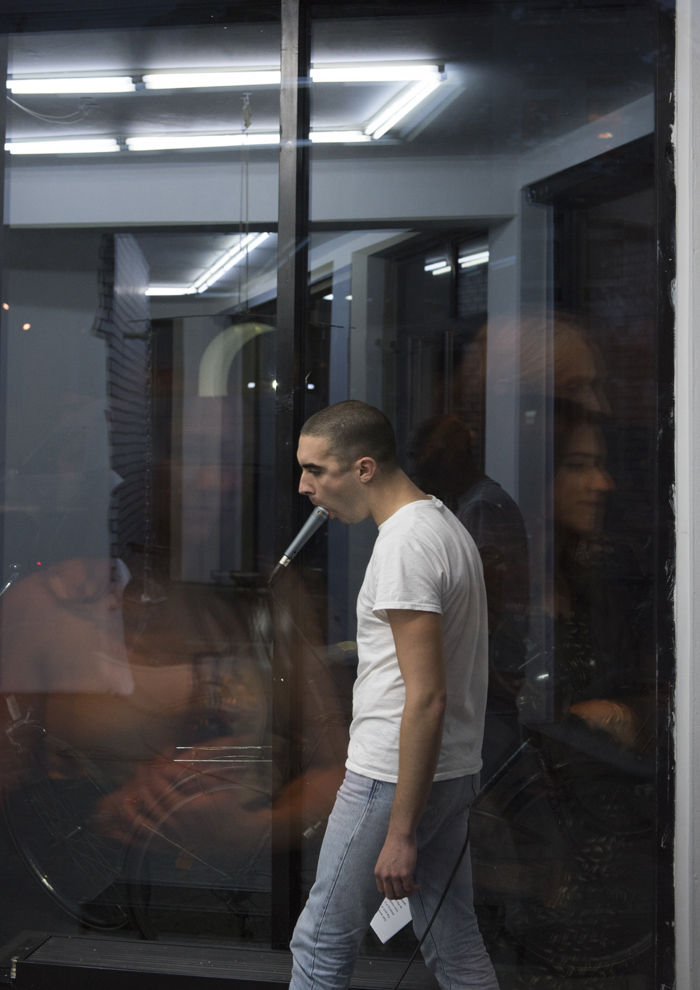 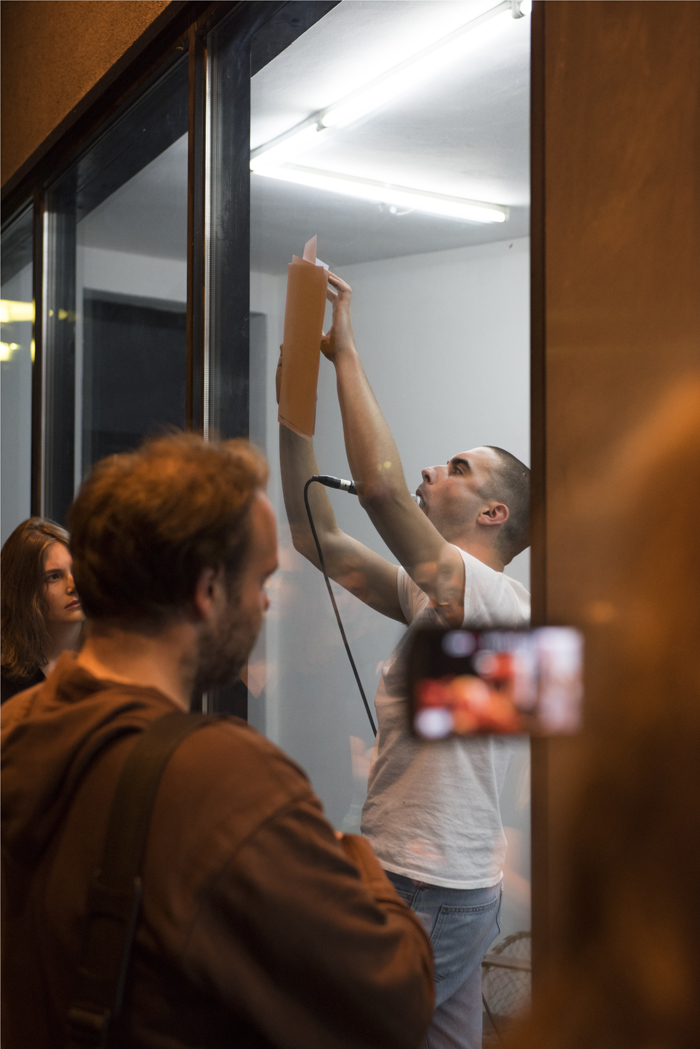 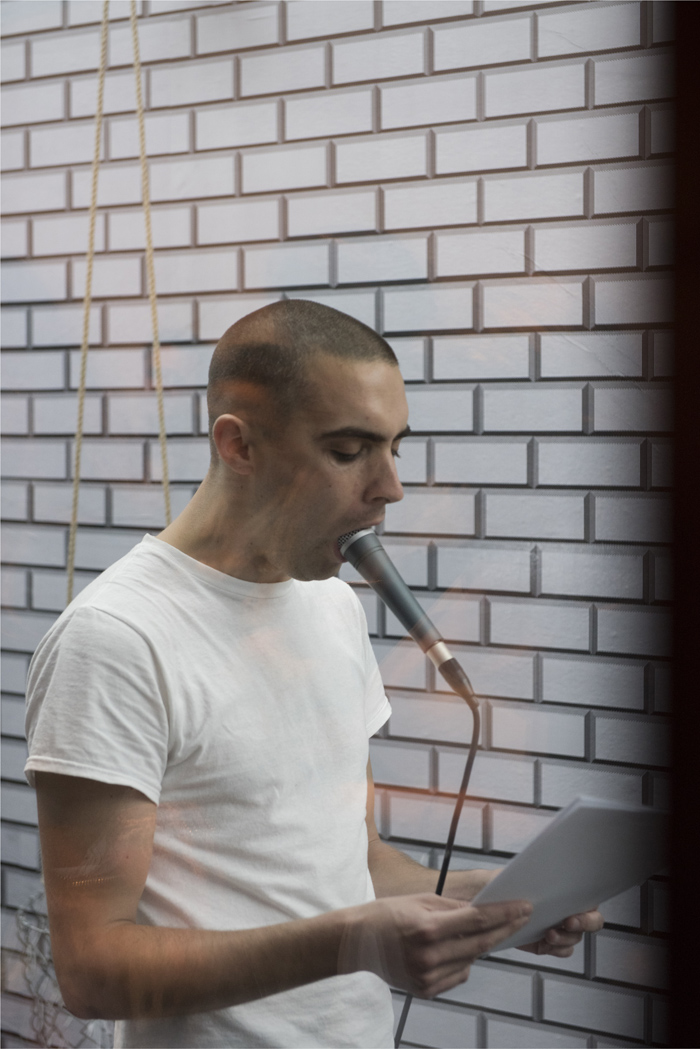 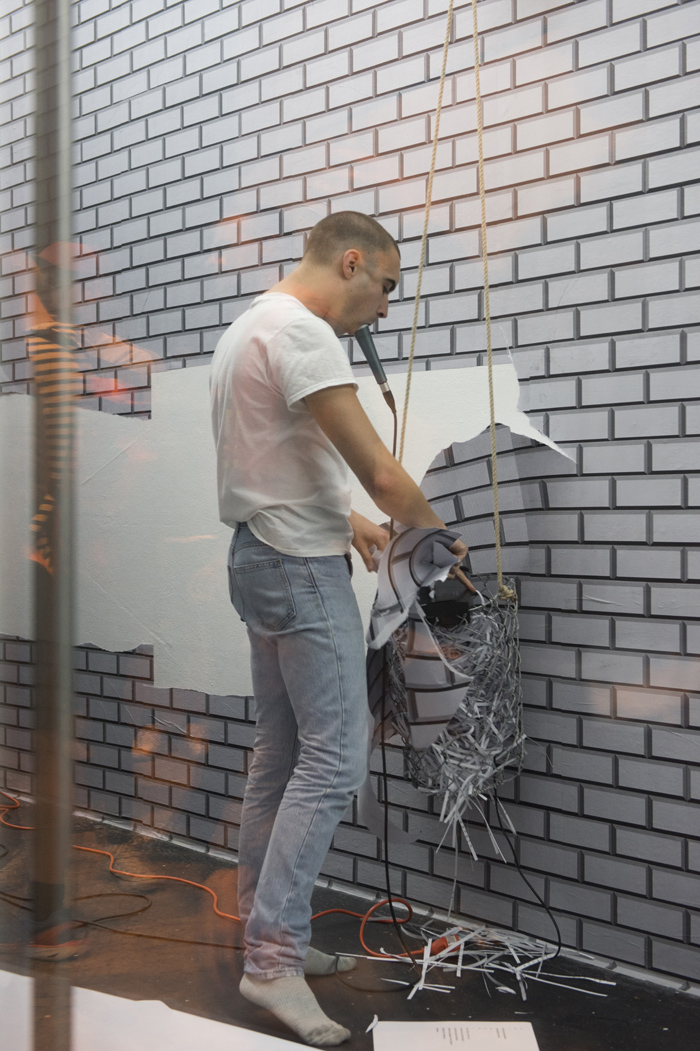 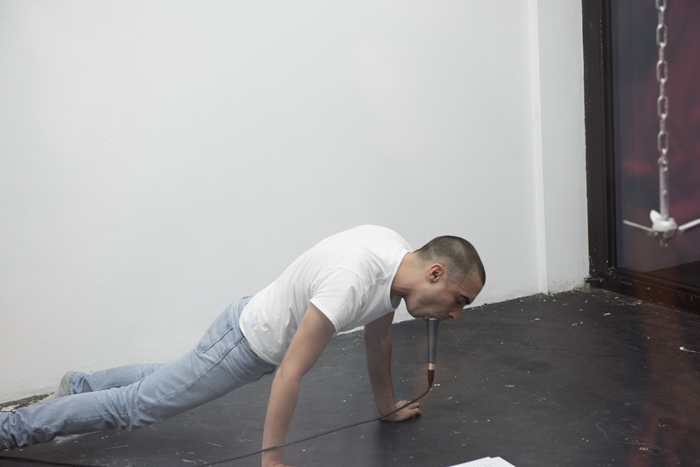 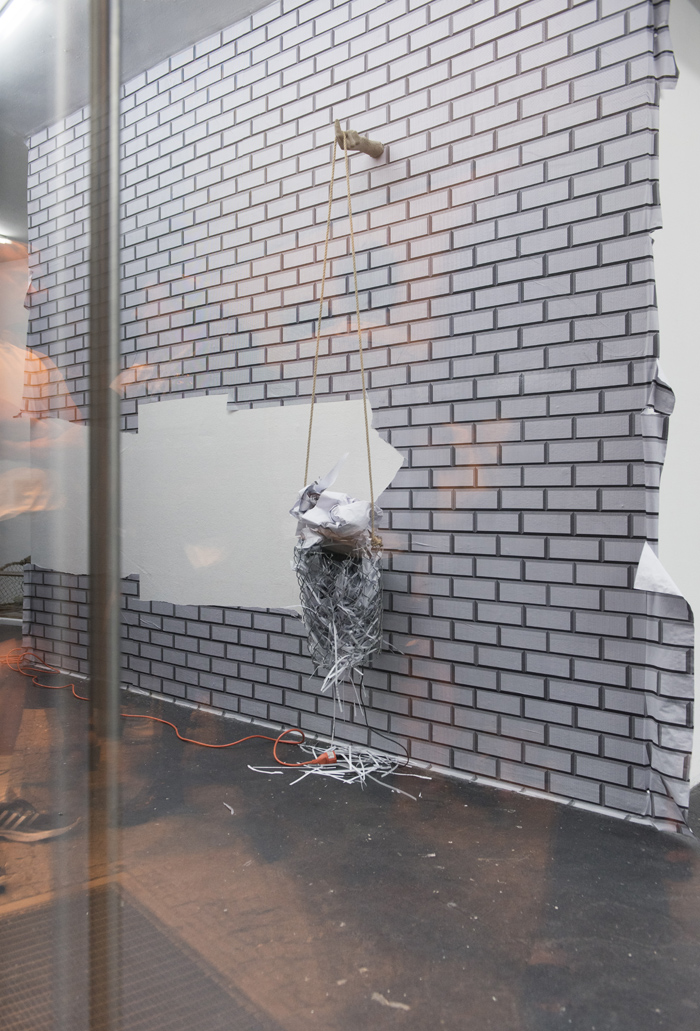 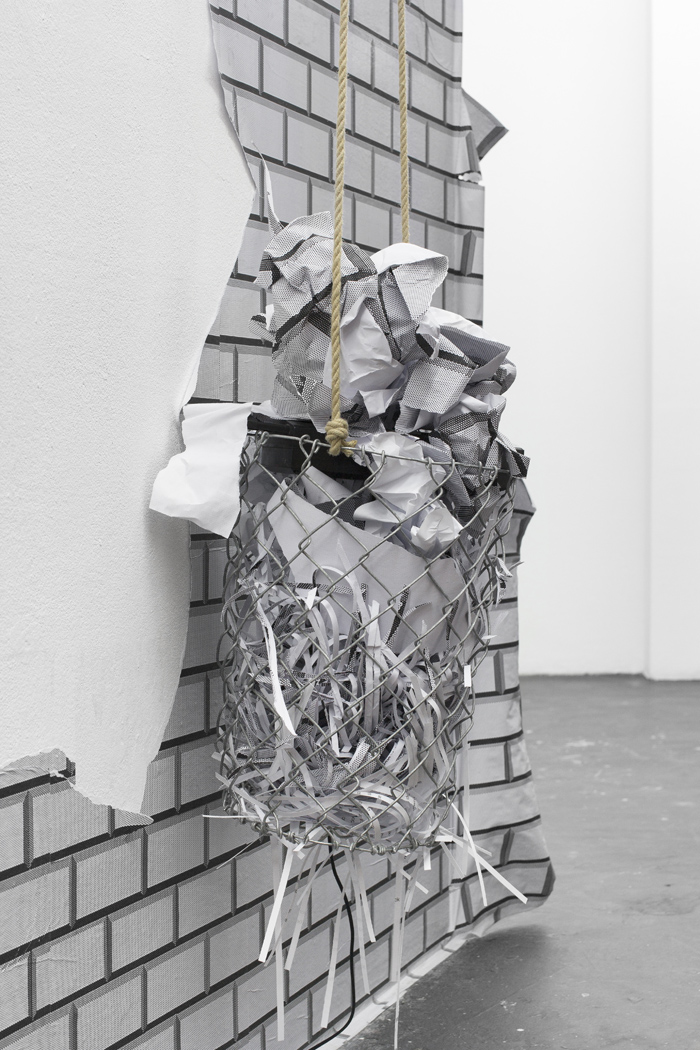 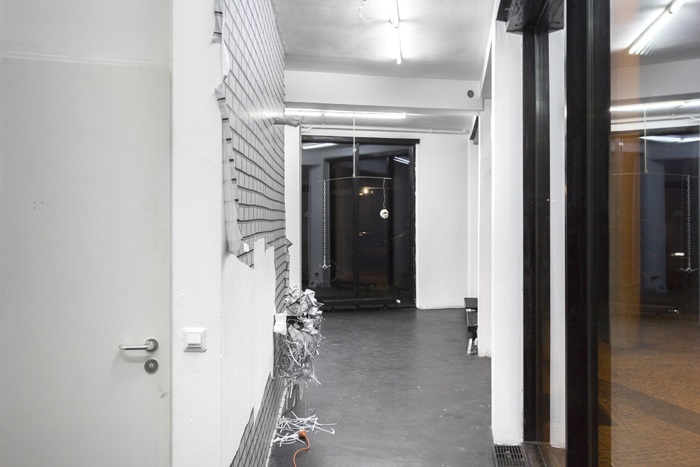 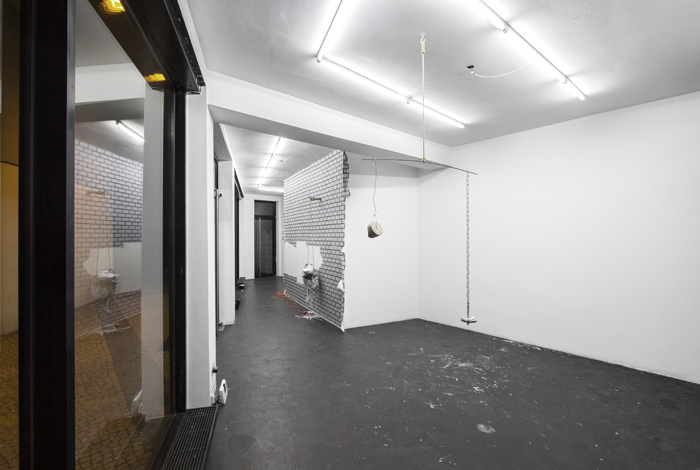 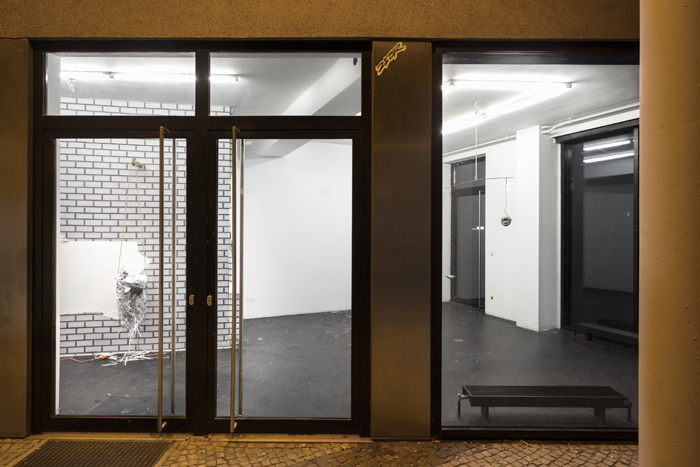 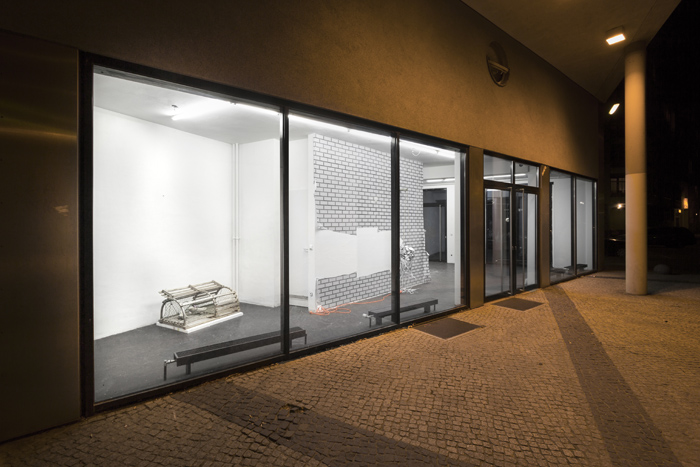 My love, if I die and you don’t


Brought by a ship-
it was a voice.
He squatted down at the stream with a boyish innocence. Dazed in a delirium of heat, drugged by the water by a mechanical force.
To join the other boys.
I watched them try and I didn’t learn anything about fishing by watching them try. The sun was red hot, as it shined on me illuminating my discomfort I watched them pretend to gloriously skip a stone to hit a rock which would in turn hit another rock. A succession,
I pretended to be a queen waiting for some coyotes’ crown.
Love is born in the eyes, brought by ship, through a prestigious portal.
It was the 2nd time we would try to mend our love by submerging it in water. I asked Him to take off my shoes and quit talking to those boys. He moved slowly trying to rescue me. Sitting across from me, his sunken face arms and chest exposed. The delicateness of his skin had faded, it looked as though his skin was vacuum sealed to his body. He barely looked up as he took my shoes off. The disease which I had contracted, turned my body into a star. It started with a small scar but soon spread.
The hydrogen which made up my body was now undergoing a constant star-wide nuclear reaction, like in a hydrogen bomb. I felt my body constantly exploding and it was like billions of pores screaming.
I would ask to wade in the water, the ash of my skin when submerged would turn blue, at night it reflected off the many small stars in the sky and he told me I glowed and seemed like an iridescent night fog. This made me laugh, He had helped me in times of isolation I could hardly describe, I watched him pile rocks around the shore to form a shallow pool to place my pentacle body.
It was total. I’ve always been into magic and studied it. I tried to buy the stuff when I was young, but my parents absolutely refused to have anything to do with it and actively discouraged me. I wrote to Him and many sailors when I was 14, and he specifically wrote back to me saying thanks for writing, I’m very pleased that you want to do this, but can you write back when you’re 18. He wouldn’t accept anyone so young into his life. I used to worship the moon too; I’d encourage other boys at school to do it. I just instinctively did things like that. It once got me into trouble. I was at school with the son of David Tomlinson, who was in Bedknobs and Broomsticks (a Disney comedy about witches). The two of us were taught astral projection by a teacher and there was a scandal because they thought there was some homosexual relationship going on with the three of us, but there wasn’t. I went to school one day and there was David Tomlinson’s limousine outside -he grabbed me as I was coming off the school bus and asked whether his son and I had a sexual relationship with this teacher. From then on, all the teachers were watching me! However, they made a mold of me, it took me years to convince the real one to walk back.
I was not deterred from writing. I wrote him about the incident with my classmate, I wrote to him when I was wrongly diagnosed deaf. He sent me a Butterfly Moon snail shell. The shell of a moon snail is enveloped by a large gray foot. They are found in sandy flats in nearly all parts of the world but he told me this one was particular to the Ryukyu Japanese Islands chain off the east China sea. He sent me stories of things from his work, the sort of stories of men ripping the hearts out of seagulls and eating them raw.
My parents lit candles to denote the amount of time my suitors could spend wooing the object of their affection, their son. My parents hadn’t guessed the paramour would be a man. A sailor. The candle burned low, it was time to leave.
When I first contracted my defect, I was told that I would gradually mutate into a luminous sphere of plasma. That I would be held together by my own gravity. It was a coagulation of active and passive elements in the cosmos, and I was turned to sleeping dust. It is the difference between man and woman, night and day, sun and moon, form and matter and life and death. It was a period of incubation.
He stood by me as I traveled to the ether and back to hemostasis. Forecasts came from everyone around me asked for not, “Fins!” “Tails!” “Beak!” “He’s dissolving and integrating simultaneously, soon he will be an oracle.” My body went through a sublimation, he drank the liquid phase, he acted as a monk to remove the distilled spirits from me. I kept fermenting. He experimented with distillation. His test was to burn a spoonful without leaving any residue. Other ways of testing were to burn a cloth of my skin soaked in my own ethanol without actually harming the cloth. In both cases, to achieve this effect he had to really love me.
The first time he bought me violets I feared the worst. He talked about the meaning of these flowers when we saw them out walking in
nature before, and it caught me off guard when he gave them to me store bought. I knew they had Victorian meaning to him. I penciled, “modest worth”, into my journal that night.

Distilled Alcohol (ie fire water): When set alight is an image of the union of fire and water, of emotion and intuition, of above and below. Red and white wine.
After he placed me in his man made pool of water, making sure to carefully transplant me, he walked over to the furthest edge of the shore. I expected him to turn back at every step but he continued to walk further and further away. The feeling of my slime and the mud on my body began to feel like sand sinking me quick. There is little attempt on my part to disguise the hollowness of my voice when I ask, “Where are you going?”, as I watch him disappear. I sink to thoughts so self hating they are impossible to turn off.

I lay in the shallow pool he built me, a crying star. So many stars in the bowl of night.
He looked chained to me. Chained to a rock or pillar as an eagle or vulture pecked at his liver, only to be restored at night. His love star flies up and spreads through the universe, one word of caution; spread... He’s aware of this pathetic physical make up, the eagle so golden the symbol of the sun, the eagle, Gnawing Andy, corroding the flesh, Him he this man destroying the whole ness of the experience of living, the very vivid image of torment. Walking away from me, from my light, towards the water.
I worship dramatic gestures, like a horse leading through a rumbling storm. Dealing with a subject close to my emotions, my inability to function as a detached stylist when my feelings are engaged. Reducing the scenes between us to a grotesque melodrama. I made him more a symbol than a man.