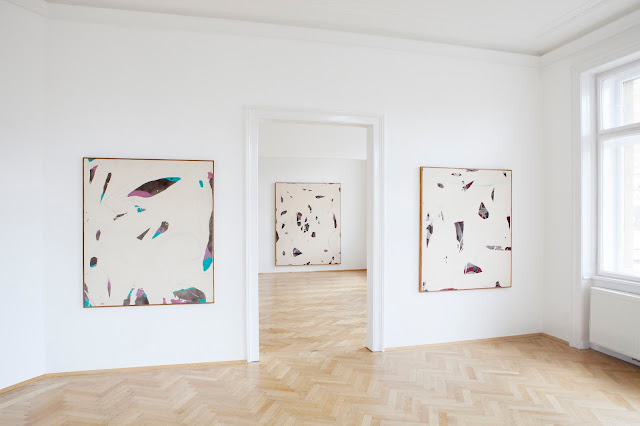 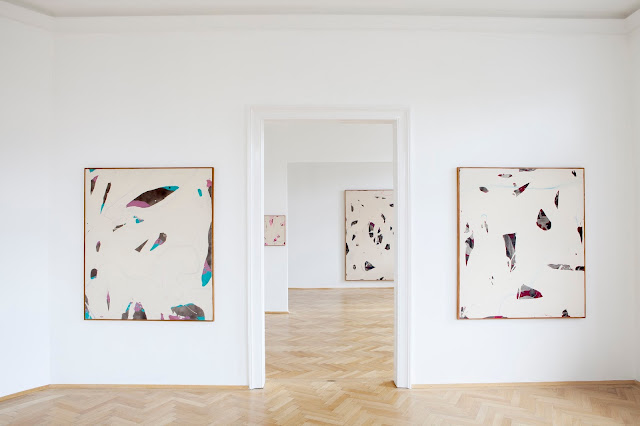 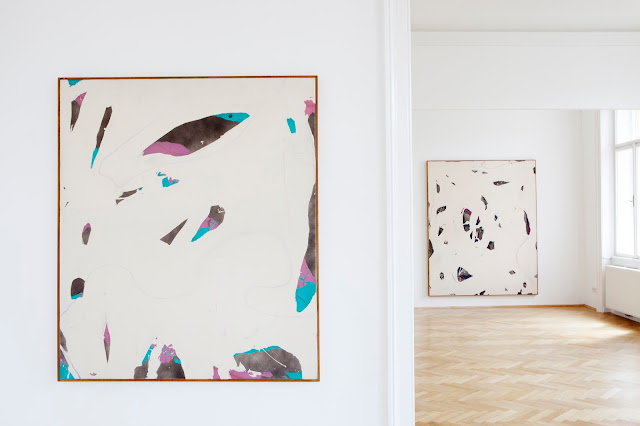 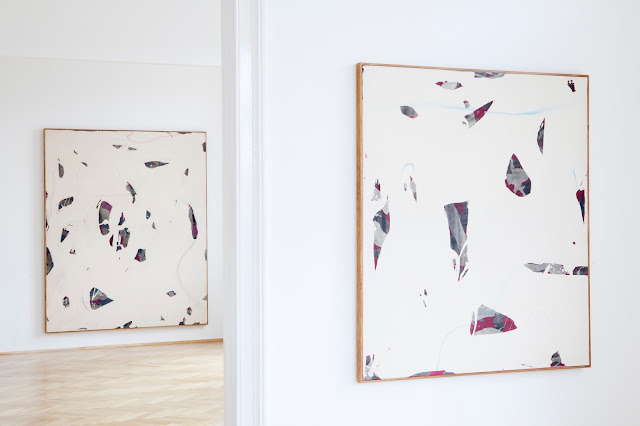 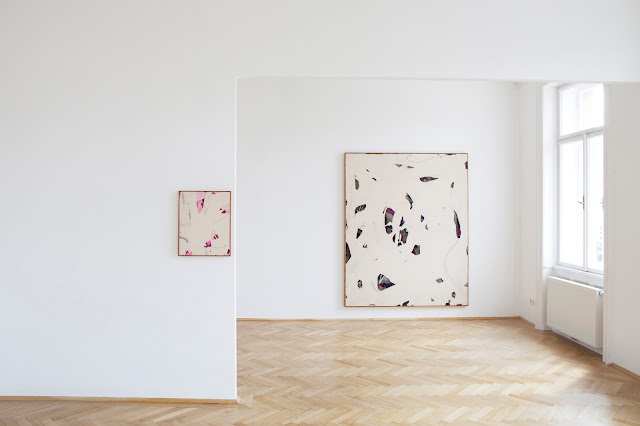 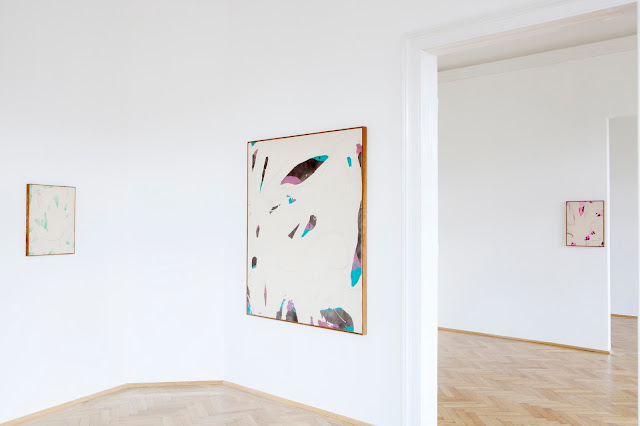 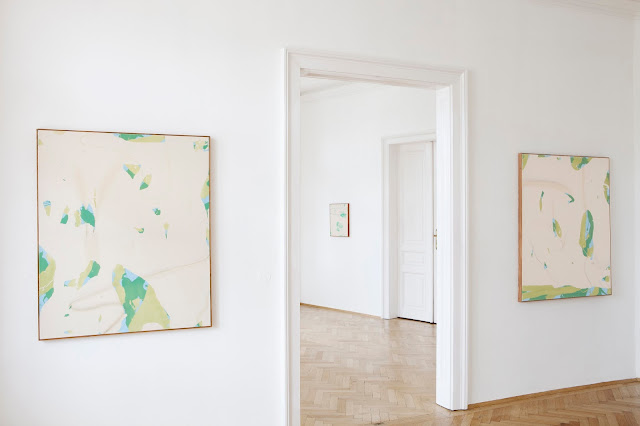 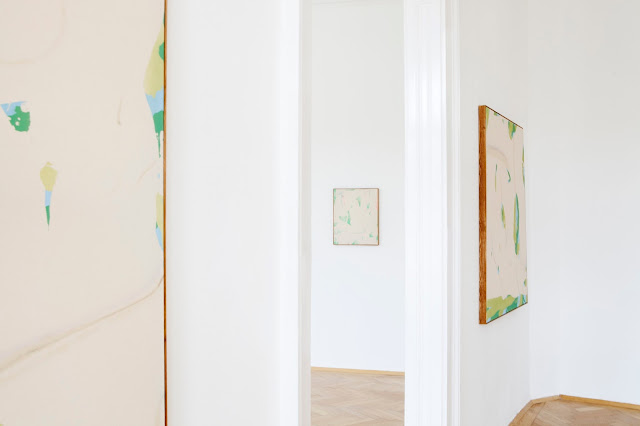 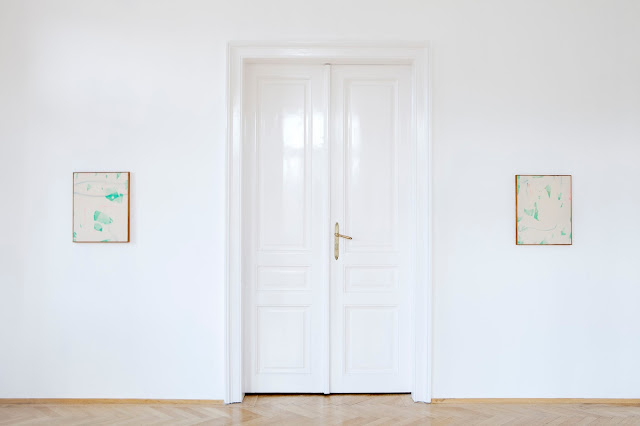 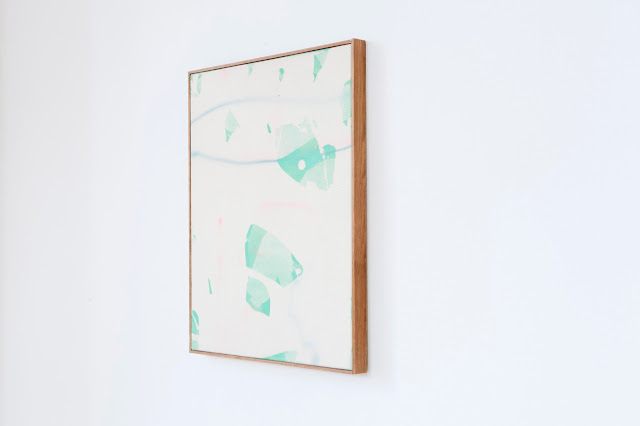 The Greek painter Yorgos Stamkopoulos hasn’t touched a paintbrush in nearly ten years. And indeed, when you behold one of his works, what you see isn’t necessarily a painting at all, but the physical remnants of an invisible act. So Mr. Stamkopoulos, what is the painting? On a recent studio visit, he dropped a tensile plastic tangle at my feet. Here was my answer: pure material.

For Stamkopoulos, painting is not an accumulation of pre-meditated gestures plotted out on a canvas, nor is it an expressive act. Painting is instead something that is removed from the canvas, while his art is that which remains. At first glance, the gaudy skein of plastics seems to posses little rel...ationship to the sleek, minimal canvases that lined the walls of his Berlin studio in preparation for his forthcoming exhibition at Galerie Halgand. However, this enigmatic interplay between process and material forms one of the most compelling aspects of Stamkopoulos’ practice. For several years now, Stamkopoulos has described his process as “blind painting.” Each of the works in his exhibition Soul Remains begins with a simple, gestural line drawing. This first mark signals both the beginning and the end of the artist’s control over the canvas. Eschewing prescribed outcomes, he alternates airbrushing with applying layers of masking material, which he then peels off to reveal the composition that results from multiple layers of masking and spraying: a kind of camouflage in reverse. This technique of creation through destruction resonates with the work of historical decollage artists like Raymond Hains, Jacques Villeglé, and Mimmo Rotella. Yet while these figures intervened in advertising images to create gritty, lacerated surfaces, Stamkopolous’ adapts this process to more lyrical, ambiguous ends. A phantom liveliness pervades the work in the exhibition. Born of accident and chance these canvases not only contain the trace of the artist’s sole gesture, but also the vestiges of process-based material reactions. While some of the masked areas are blank, others bear a ghostly imprint of lingering materials—almost as if the painting captured itself in the process of disappearing, offering a glimpse of its soul remains. Text by Jesi Khadivi