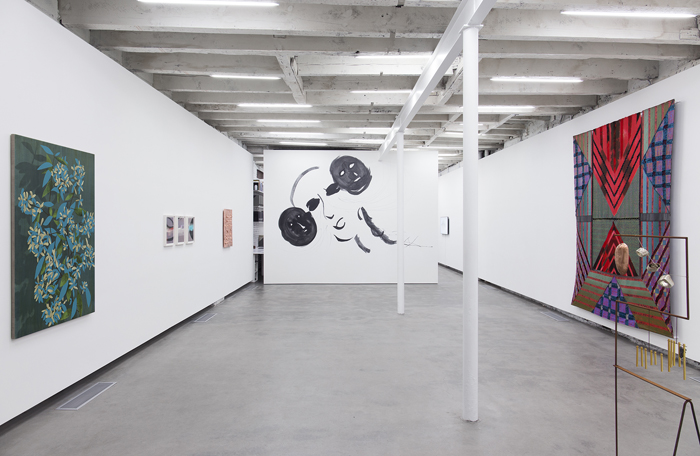 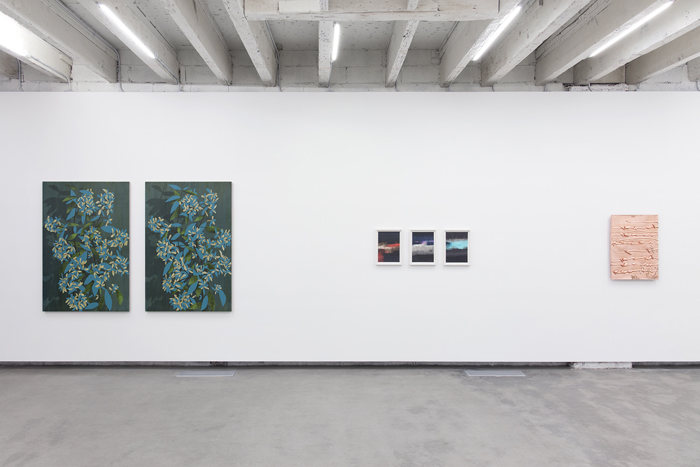 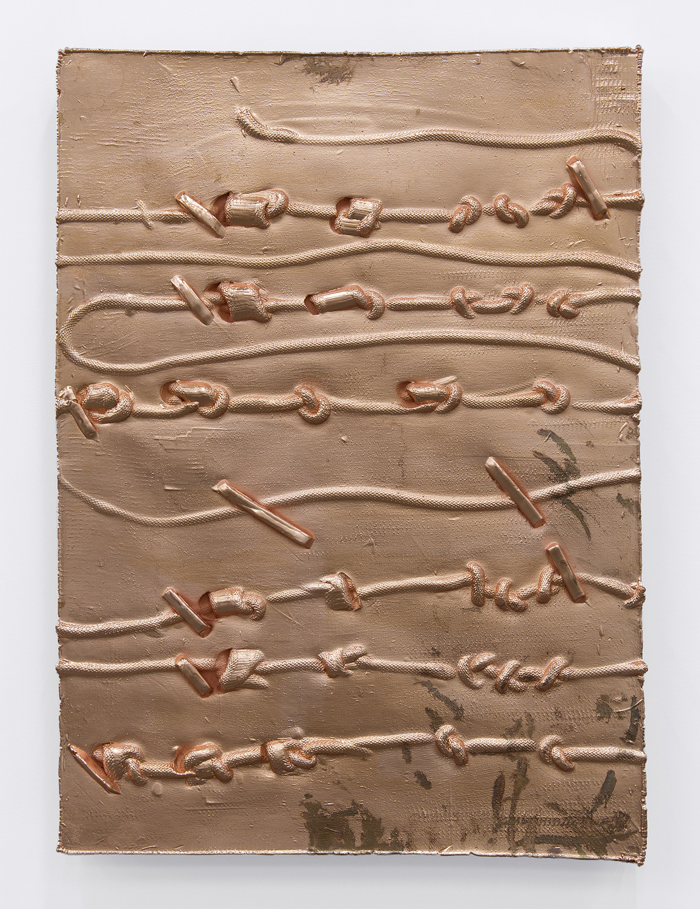 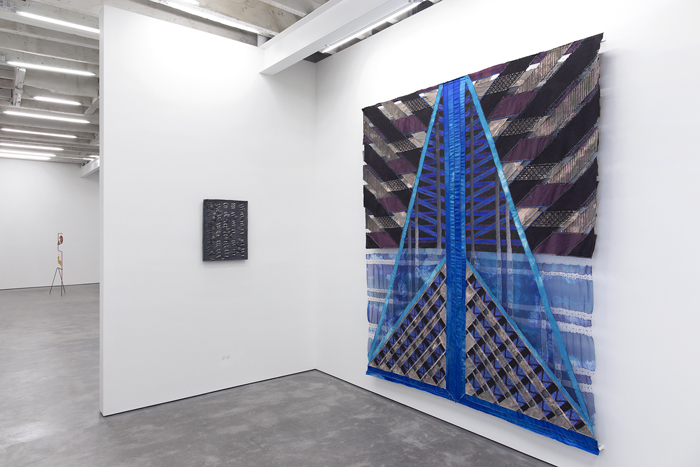 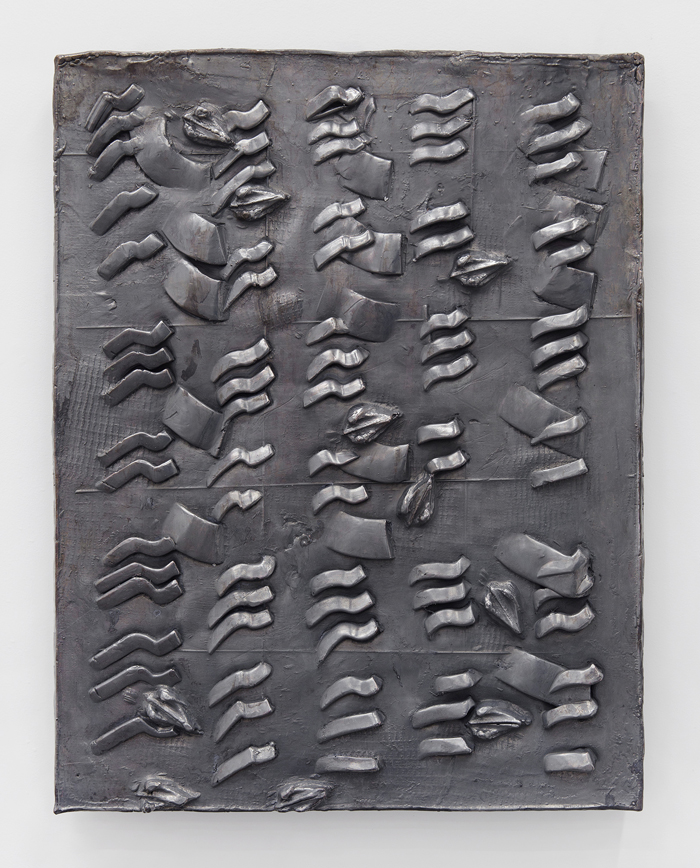 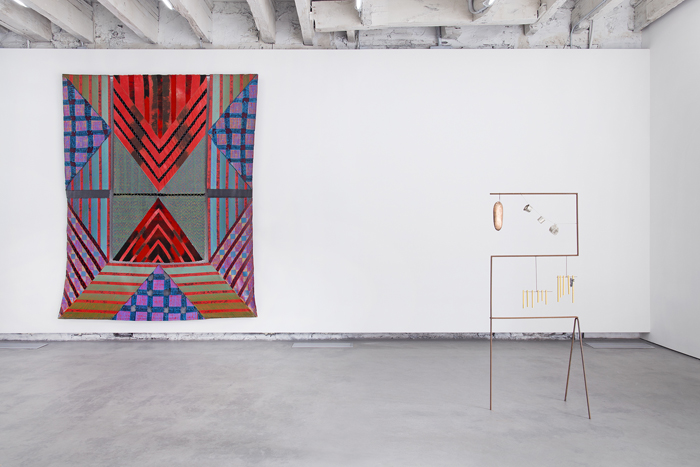 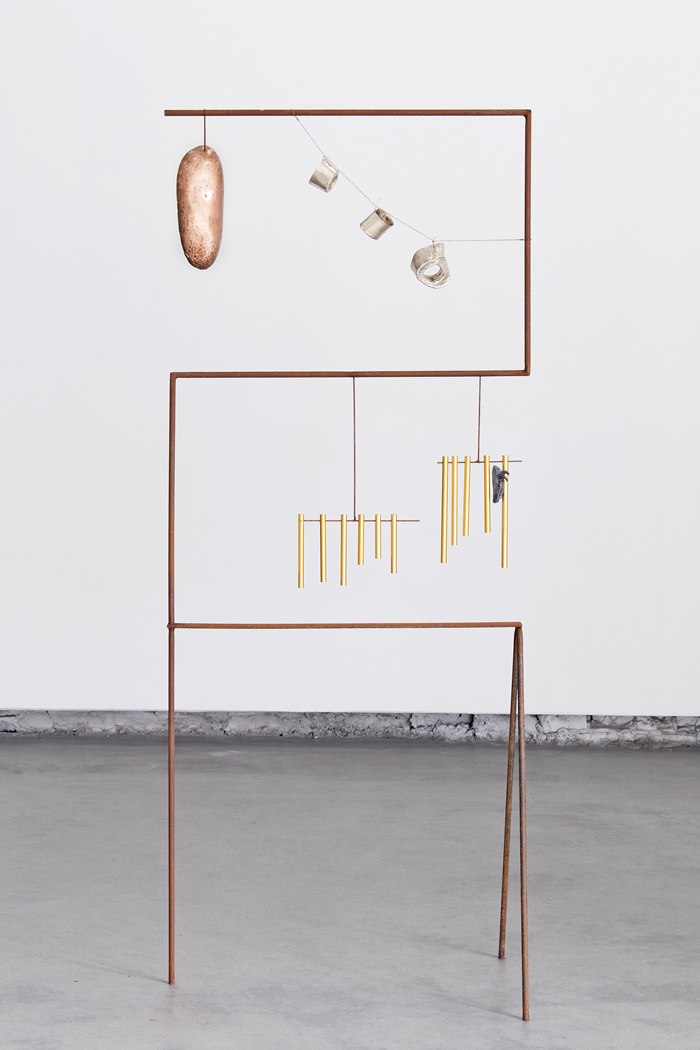 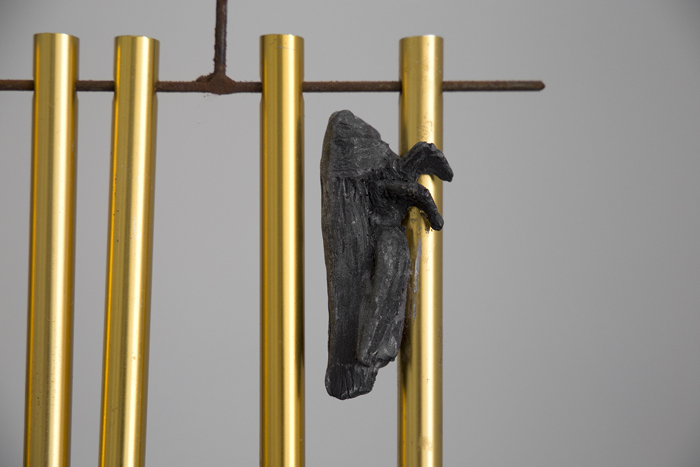 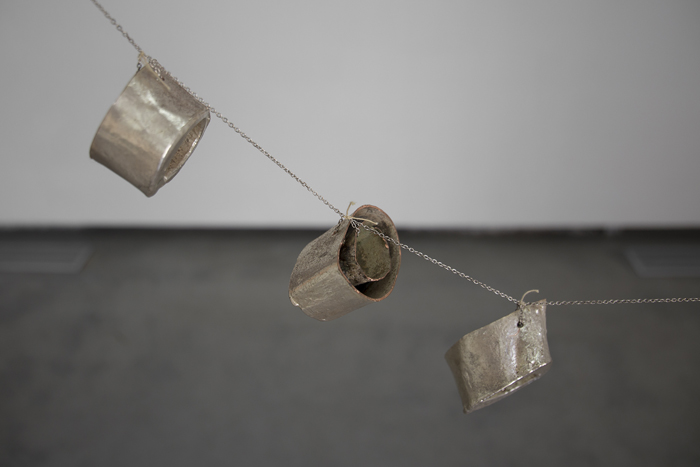 On Stellar Rays is pleased to announce the opening of Persuasive Percussion, featuring new works by Athanasios Argianas, Julia Bland, Zipora Fried, and Ryan Mrozowski. This exhibition is the second in a series of exhibitions to inaugurate 213 Bowery with new works by gallery artists.

Persuasive Percussion explores the interplay of rhythm and repetition commonly attributed to sound, but in this case, transmutable to image. The exhibition title takes its name from the series of LP albums released in the late 1950’s and early 1960’s by Enoch Light (1905-1978), a classical violinist, bandleader, and recording engineer who pioneered use of a specific stereo effect that bounced sound between right and left channels to create a more immersive aural experience—a radical departure from the then-commonplace mono sound of AM radio. Light notably invited Josef Albers to design seven Persuasive Percussion covers, featuring rhythmic color-block patterns of circles and grids of circles.
Athanasios Argianas’s sculptures are often generated through composition and transcription of sound and language. The rhythms and frequencies of speech, and the pronunciation of consonants and vowels, determine pattern and form. Presented here in sequences of ropes and mussels cast in relief, the works can be read as script, poetry, or score. Argianas’s Silence Breakers series is based on percussion as an idea of objecthood; considering an object’s tactile and material properties, and ensuing potential for sound when struck—shifting between the aural, tactile, and visual.
In Ryan Mrozowski’s work, flowers, fruits, and dots sourced from stock imagery and graphic design are further altered with an acute sense of optical play. Binocular vision is split into diptych painting – possibly the visual analogue to Light’s experiments in bi-channel stereo recording – whereas in a new video, multiple vantage points are layered in one work, resulting in unexpected and deft renditions of imagery.
Zipora Fried presents new drawings from her Night series, consisting of colored pencil drawings in densely repeated gestures akin to script, however purposefully devoid of language. Fried is not interested in the specificity of language, but in capturing the essence of sensory experience or an obscure inner mood. A large-scale, site-specific mural with reappearing heads comparably combines a psychological space with a material one.
Meanwhile, Julia Bland’s paintings, made from dyed, stitched and painted fabrics, canvas and hand-woven supports, fuse structural elements and the rhythm of warp and weft with archetypal and familiar geometric forms. Bland’s interest in phenomenological and sensory experiences that transcend the optical permeates Persuasive Percussion, in favor of a more inspired sense of perception and shape-shifting sense of play.