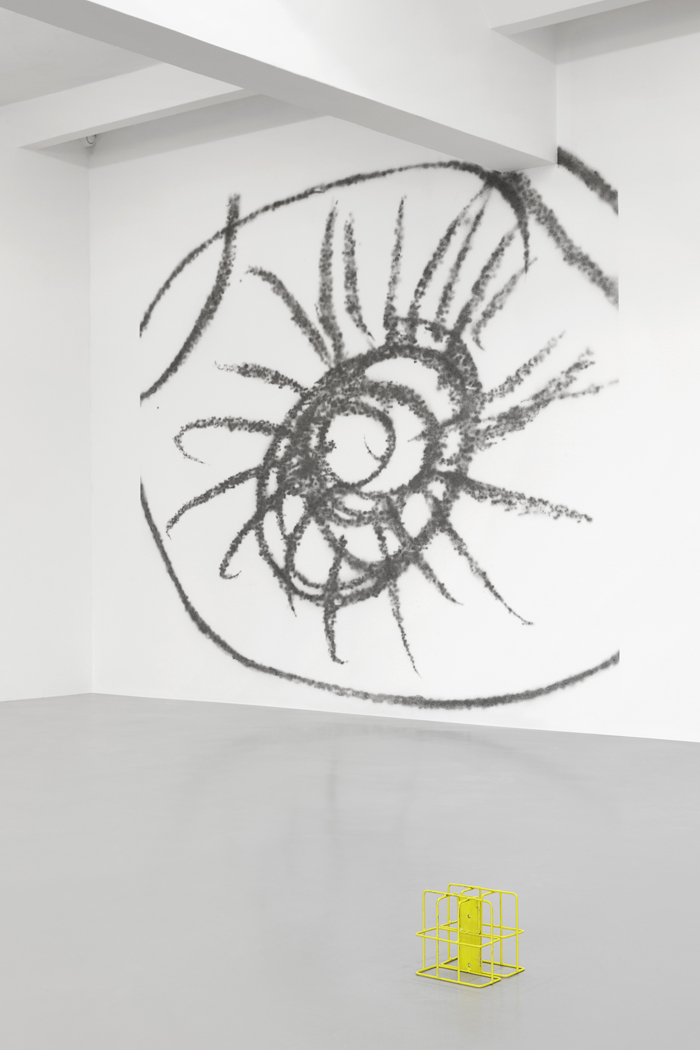 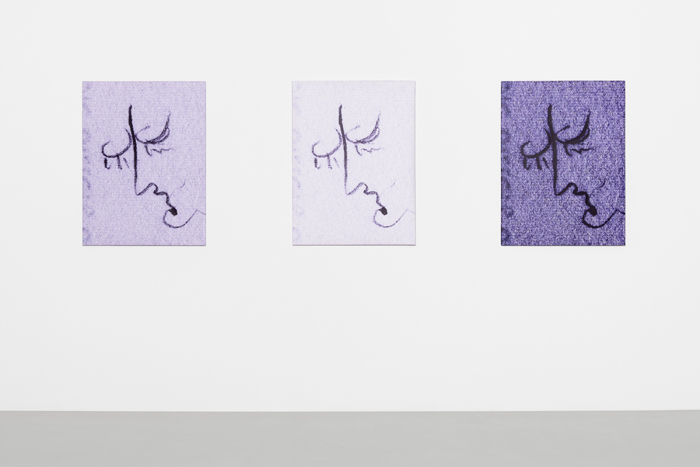 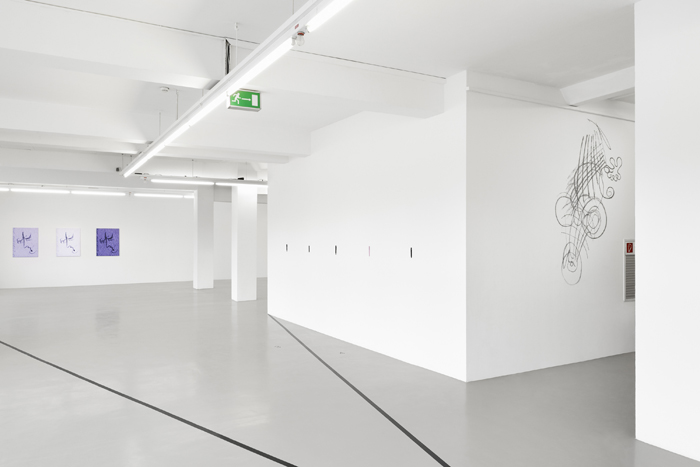 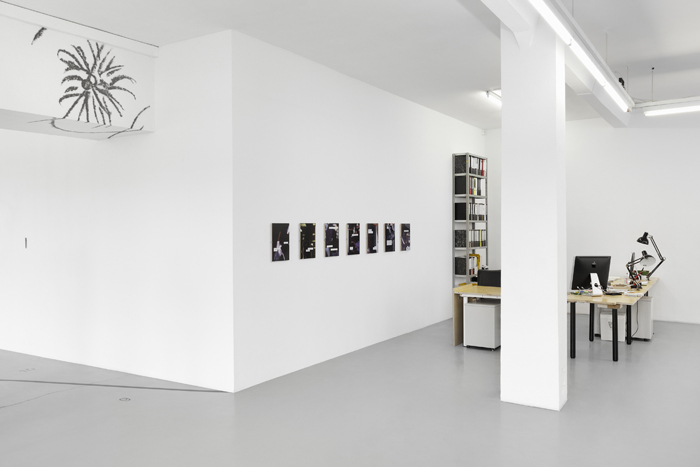 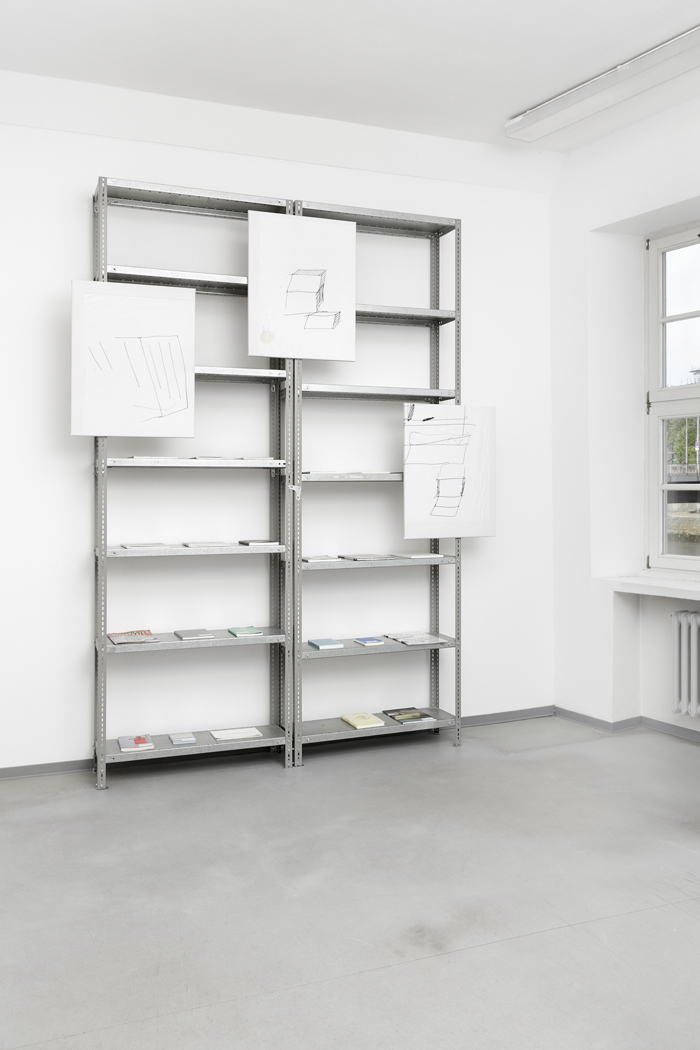 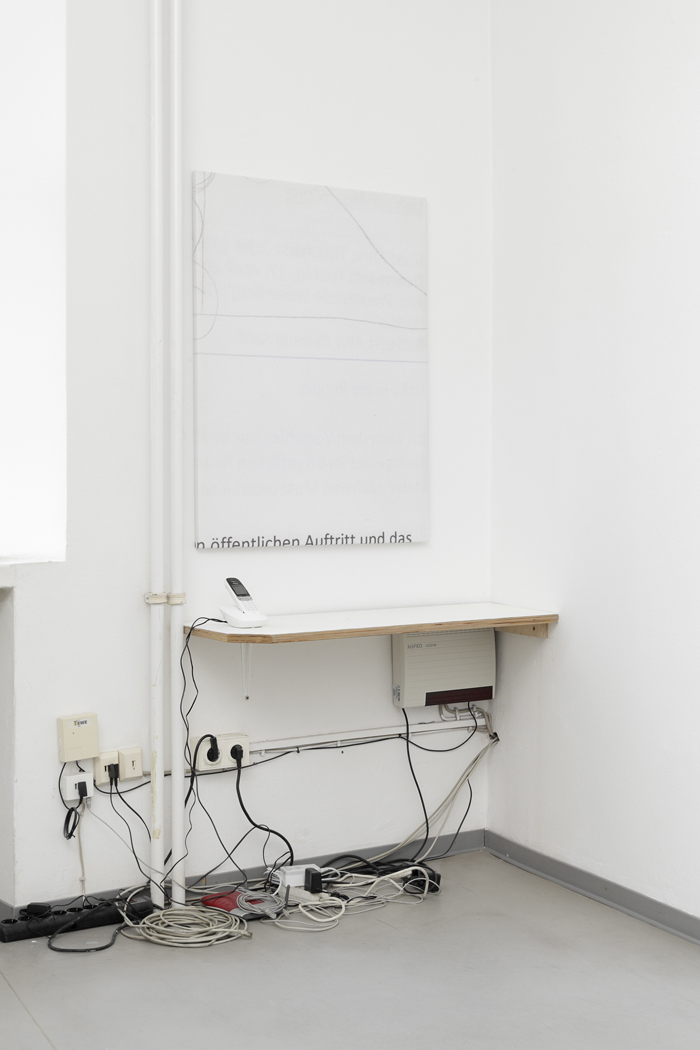 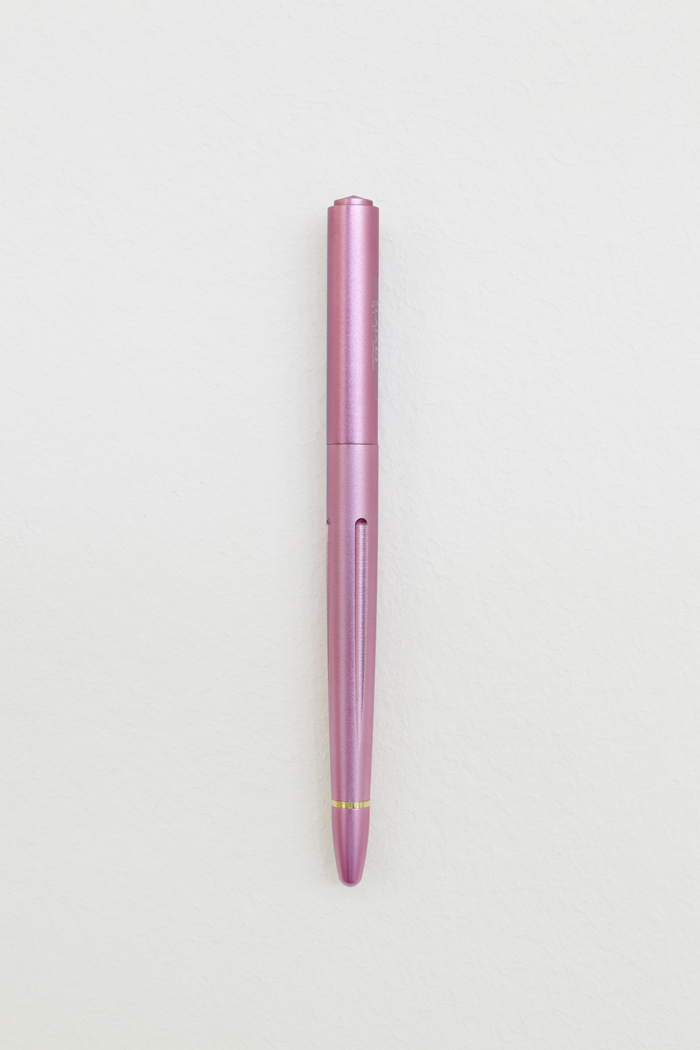 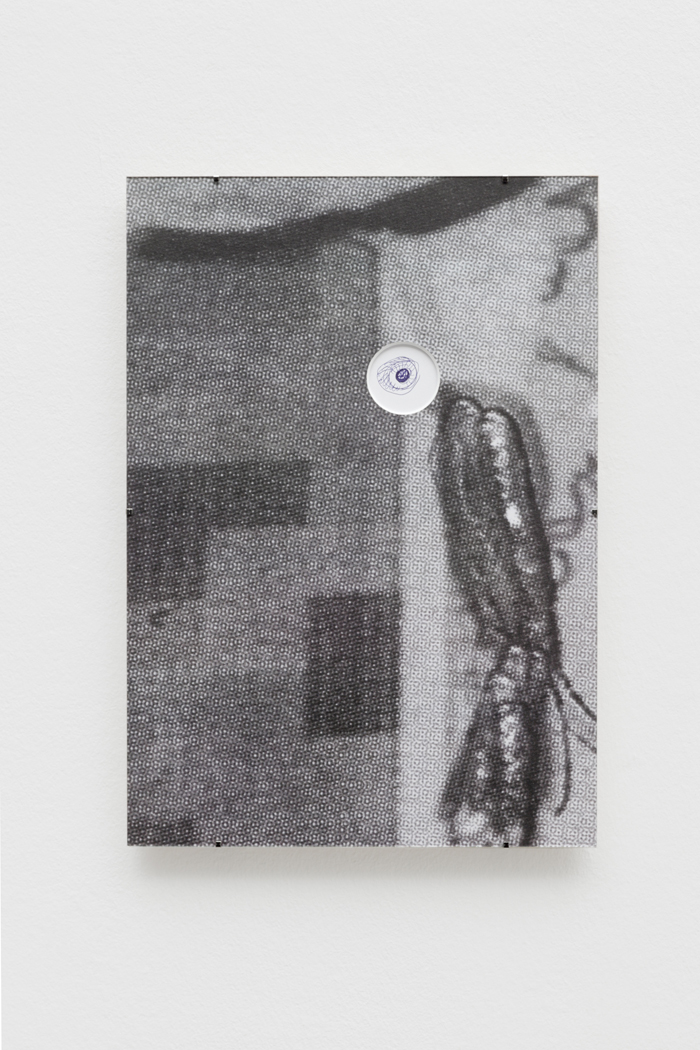 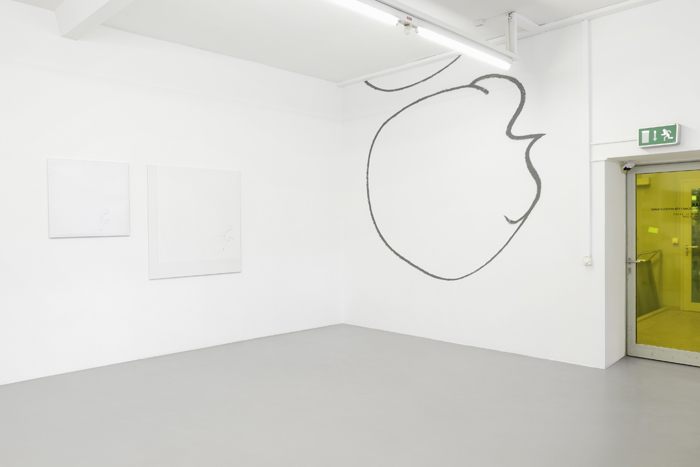 What do you do when you can no longer reinvent the world, but there is still so much to say and so many questions to ask? Max Schaffer (*1985, lives in Berlin, and won the Bremer Förderpreis für Bildende Kunst in 2011) solves this problem by reinterpreting what already exists. He does this by displacing, dislocating and translating, and not least by continually undermining expectations that he himself has created.

In 2012, for example, he repurposed the old ventilation system of Vienna’s famous Secession exhibition hall, which had been dumped in the yard behind the building after it was renovated. The metal parts were metaphorically infused with decades of contemporary art history. He took them out of their practical everyday context and added his own signature by at the same time displaying, celebrating and ironising them in his Vienna gallery, like a manifesto for minimalism.

One recurring motif of Schaffer’s work is writing. For years, he has taken texts on art out of their various contexts and into the urban environment. In the summer of 2015, as part of a group exhibition at the GAK, he did this using the institution’s press cuttings files, containing reviews of its exhibitions. Schaffer “sprayed” fragments of these artistic assessments onto walls in the area around the GAK, using transparent silicon and transforming them into public poetry. The material almost melted in with its surroundings and bringing the indoors and outdoors together as serving as a window sealant. It was also easy to peel off. At first sight, it was a seemingly restrained gesture that used text to add structure to the public space. But where passers-by removed the silicon, they gave it a defiant added emphasis, since the material preserves the dirt of the surface beneath it, almost sucking it up. As a
result, the fragments of text can still be read afterwards, and have literally written themselves into the stone. Anecdote: Max Schaffer has been Bremen’s official writer of the golden guest book since 2007.

The central focus of Schaffer’s work lies in recording the details and textures of public space, and exploring the institutional realities and laws governing their presentation and reception. His oeuvre is multifaceted, transcending formal categorisation. His project Power of Style, specially created for the GAK Gesellschaft für Aktuelle Kunst, is no exception. Here, he presents an eclectic overall picture made up of multiple strands, comparing and contrasting approaches and focusing on the relationships between work, institution, urban space, reception and interpretation.

Power of Style’s various setpieces centre on responses to art and its institutional contexts. They blur categories, and ask questions: What is the exhibition, and what its institutional underpinning? What constitutes original drawing or writing, and what its interpretation or academic analysis? What is a work of art, and what is merchandising? How do we distinguish between audio art and tourist guide? How do we define an exhibition space, an office, or an urban environment? Where does one end and another begin? Through his consistent use of coalescence and displacement, Schaffer asks questions about expectations, mechanisms of perception and the role of the spectator. In Power of Style, he plays on these questions in manifold ways.