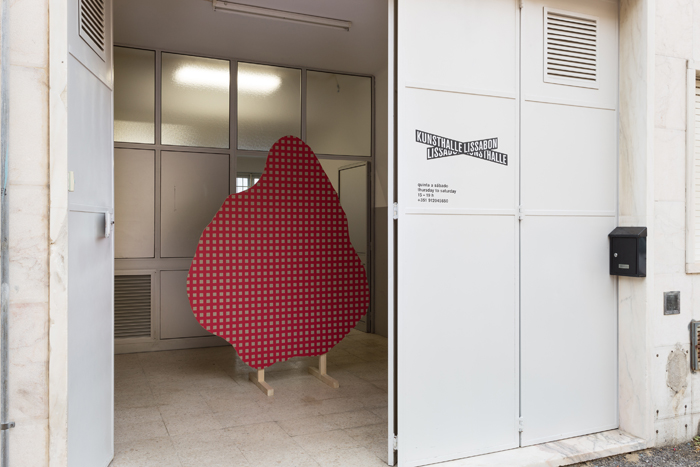 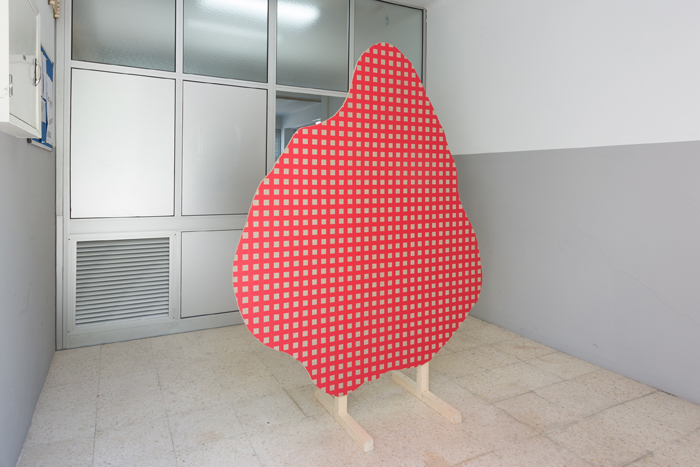 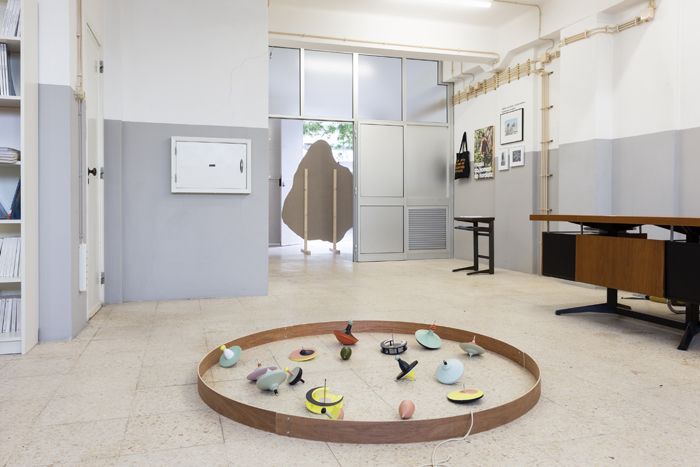 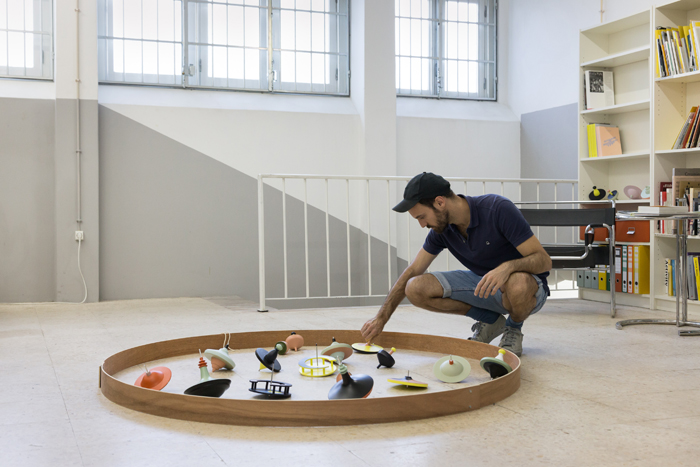 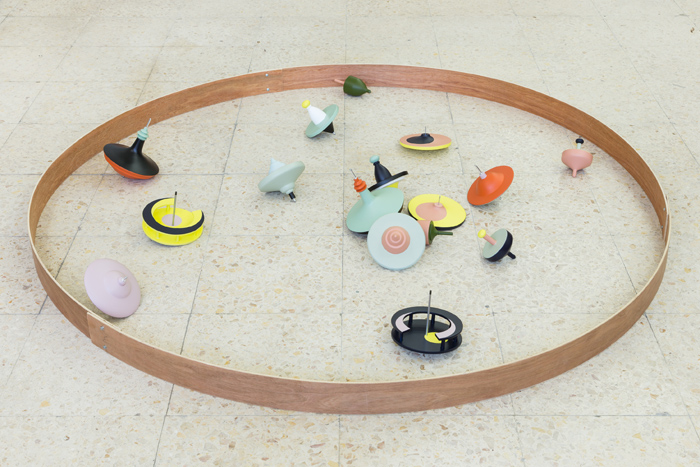 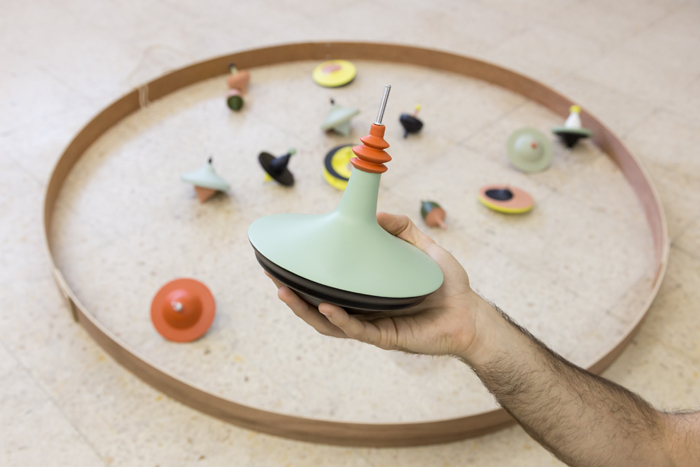 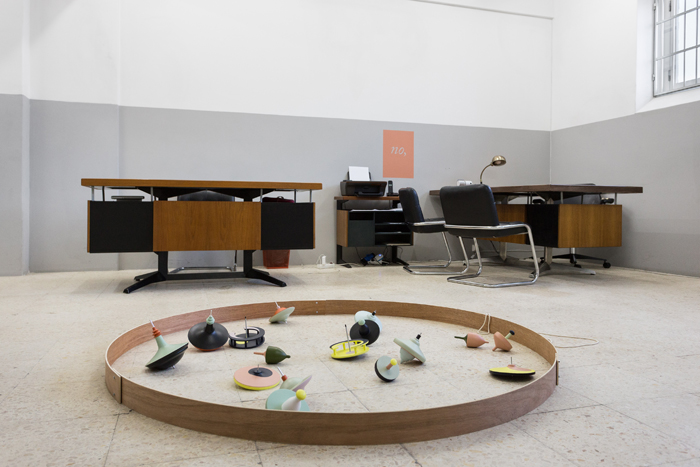 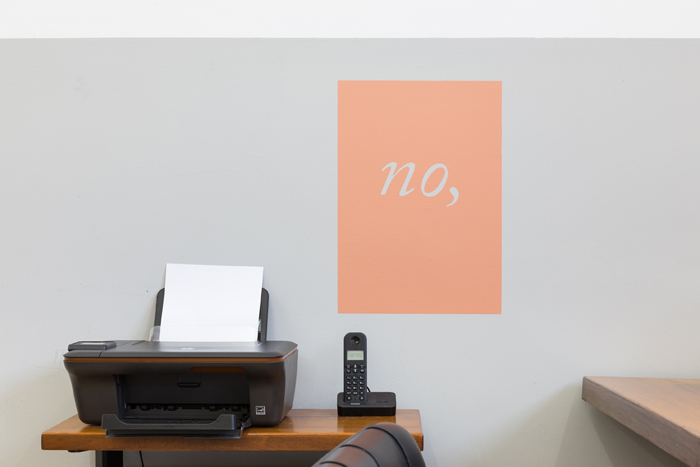 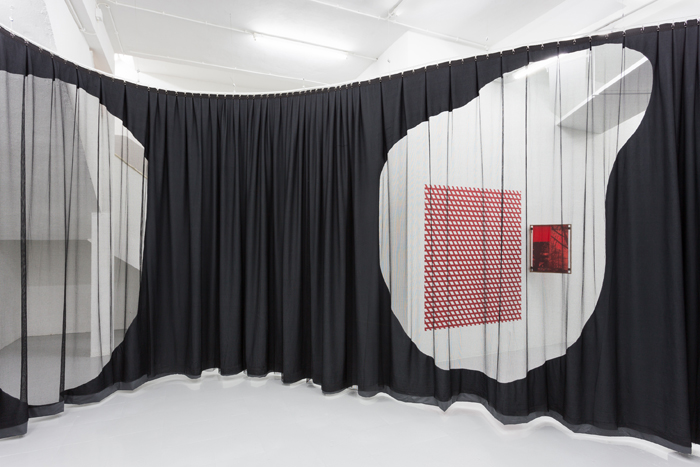 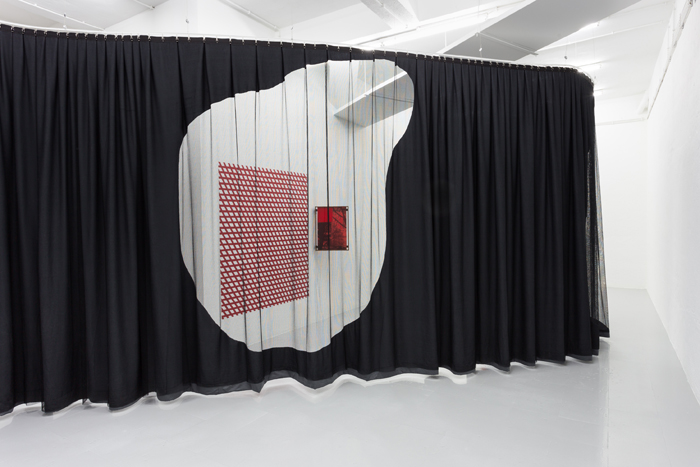 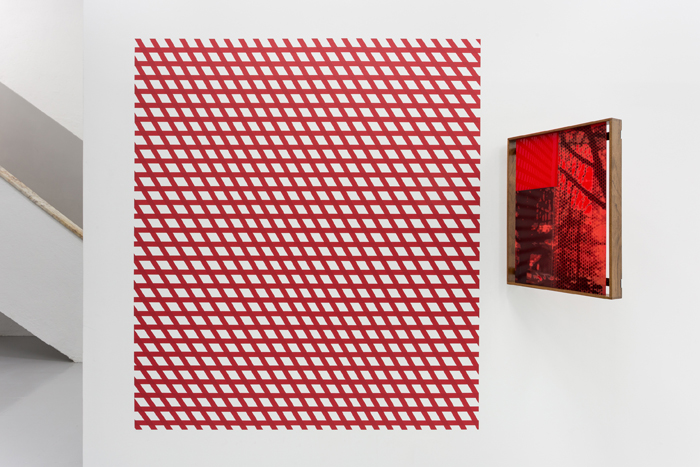 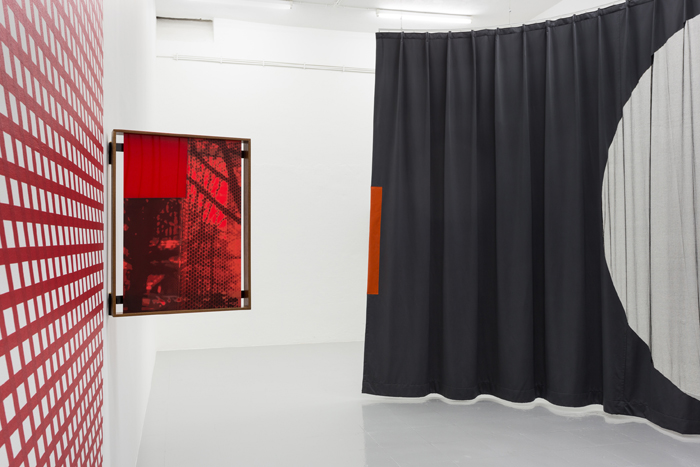 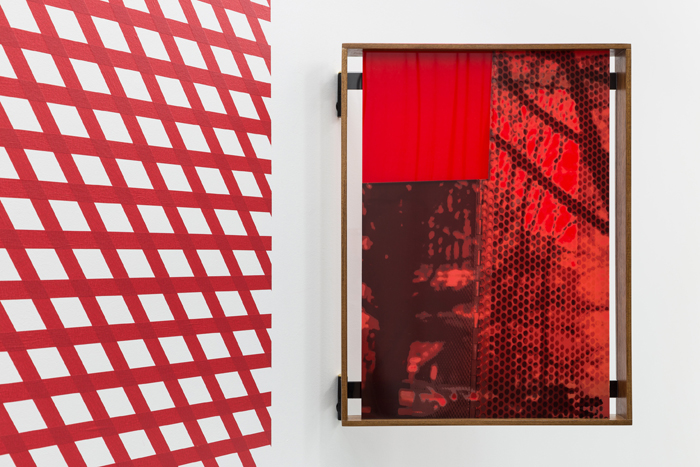 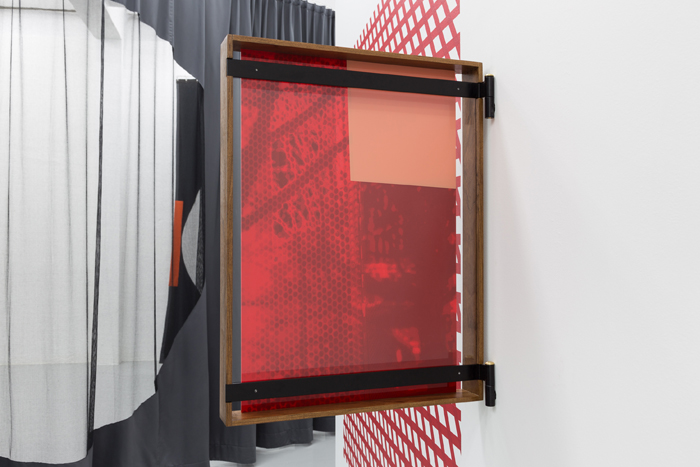 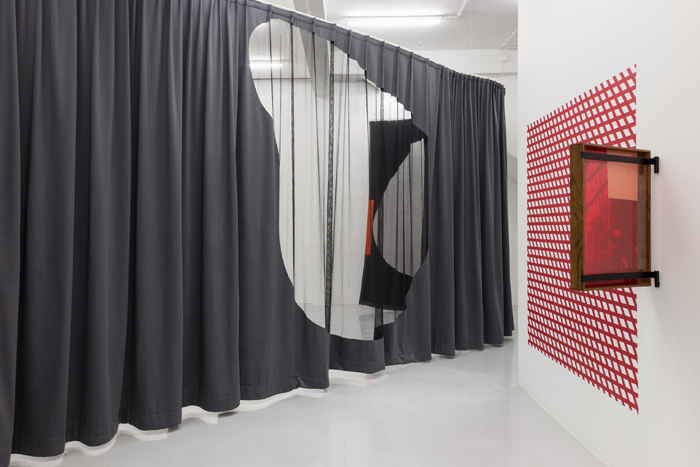 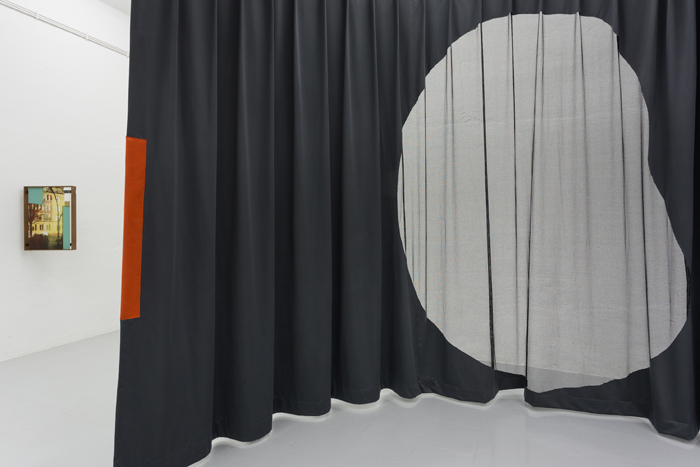 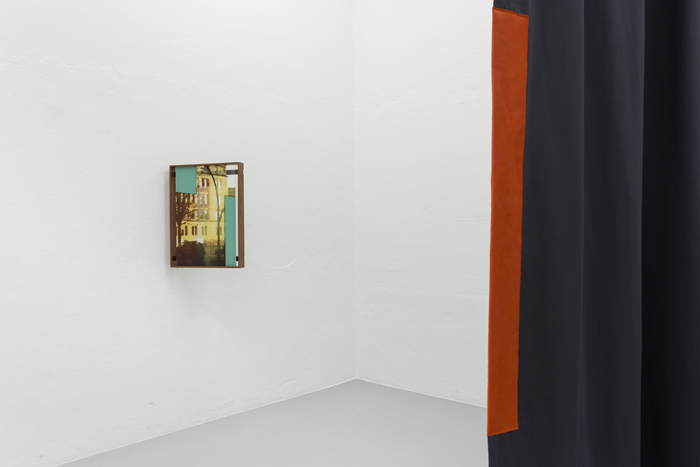 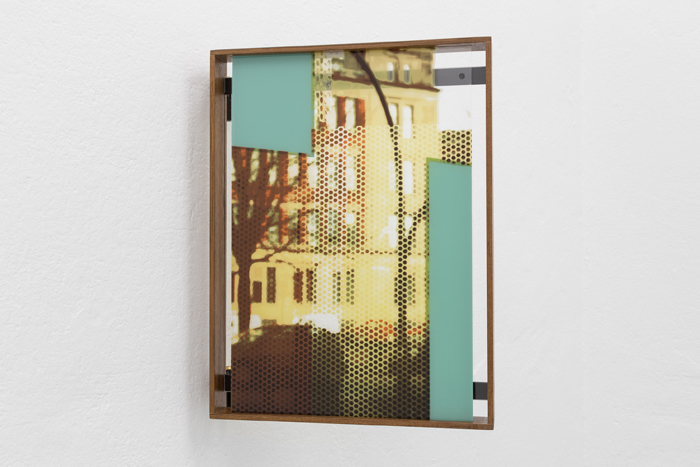 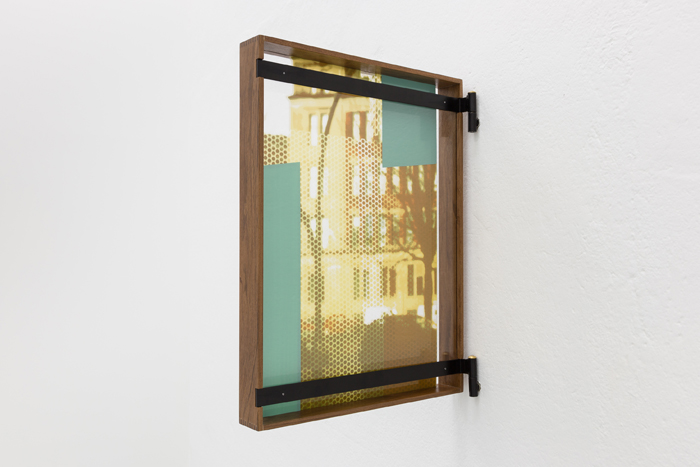 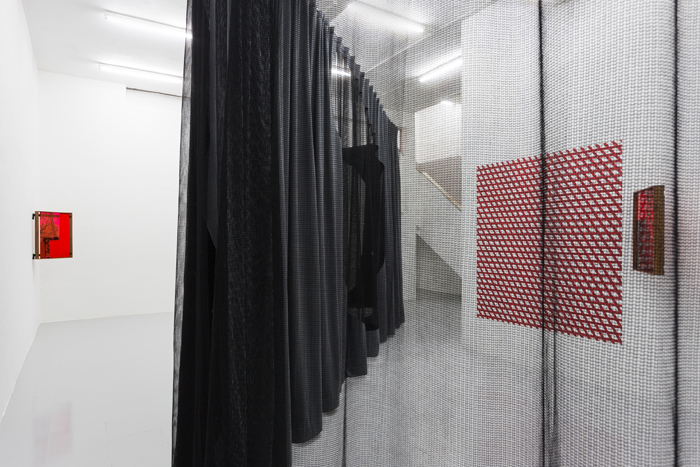 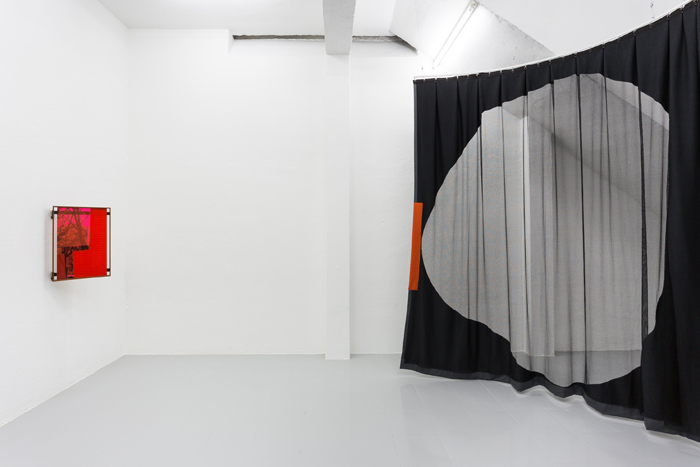 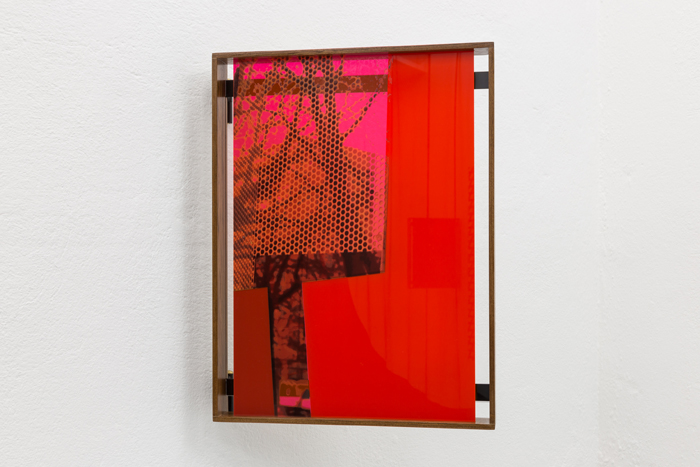 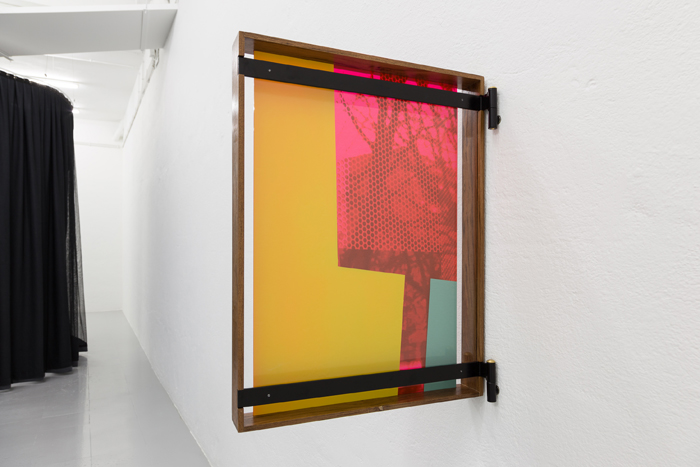 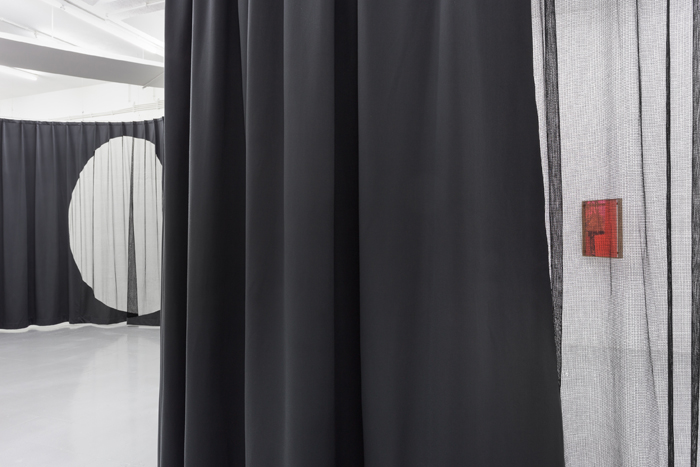 Kunsthalle Lissabon presents Concrete Distractions, the first solo show in Portugal by Céline Condorelli, taking place from June 24th to October 1st, 2016.
Céline Condorelli has developed an extensive body of work by developing possibilities for ways of living and working together and enquiring into property relations and everyday life, which addresses notions such as public space, institutions, politics, the commons, fiction, and articulation. Céline Condorelli’s practice is committed to the continuing exploration of less explicit elements of structures and framing mechanisms through which an individual engages with the world – be they cultural, economic, material, social, or political– the apparatuses of visibility often taken for granted that she calls ‘support structures’. Her works “focus on the action of showing itself, in its material, temporal nature, precisely because the act of showing implies boundaries and classifications, taboos and hierarchies. In other words, there is always the implicit awareness of an organized visibility that comes to be institutionalized, to be inscribed on social space, even though it may set off from a simple exhibition support”.[1]
For Concrete Distractions, elements in the exhibition are conceived as portals, boundaries or thresholds; acting simultaneously as obstacle and point of access. A screen blocks the entrance into the institution while a curtain spatially reconfigures the entire exhibition space. Condorelli presents and problematises what can be perceived as very simple, or even banal spatial devices, which in fact establish binary systems of visibility operating through the logic of inclusion and exclusion, of hiding and revealing, of granting and refusing access, dividing space and time.
A series of spinning tops are located in the office space, and relate directly to Lina Bo Bardi's proposal for what a museum should contain: a collection, popular culture and a playground. Condorelli’s interest in playgrounds also develops from their possibility to allow an intimacy with form which is usually forbidden from cultural objects. The spinning tops in Concrete Distractions function simultaneously as scale models for possible carousels (and other past and future playgrounds) and as elements allowing Kunsthalle Lissabon's office to become a playground itself, inviting staff and visitors alike to play with them.
Céline Condorelli lives and works in London and Milan. She recently made two functional merry-go-round for Playgrounds, MASP (São Paulo, 2016) further exploring the idea of the museum as a playground. Recent exhibitions and projects include 20th Sidney Biennale (2016), Display Show, Stroom den Haag, Eastside Projects, Temple Bar Gallery (The Hague, Birmingham, Dublin, 2015-2016), bau bau, HangarBicocca (Milan, 2015), Visions at Work, Tensta Konsthall (Stockholm, 2015), Positions, Van Abbemuseum (Eindhoven, 2014), Céline Condorelli, Chisenhale Gallery (London, 2014), Disobedience Archive, Castello di Rivoli (Turin, 2013), Surrounded by the Uninhabitable SALT Beyoglu (Istanbul, 2013).