R.Lord at The Composing Rooms / Berlin 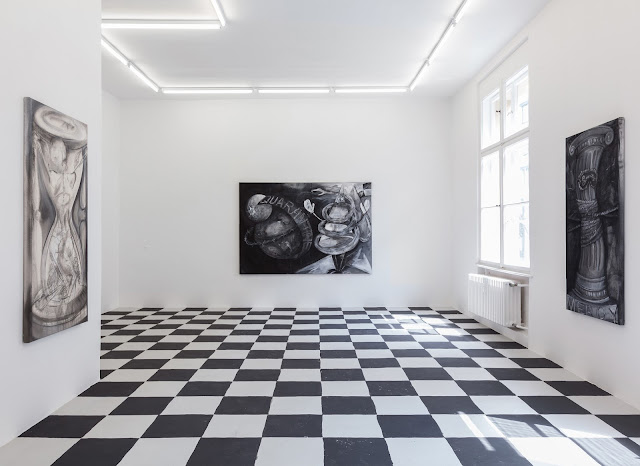 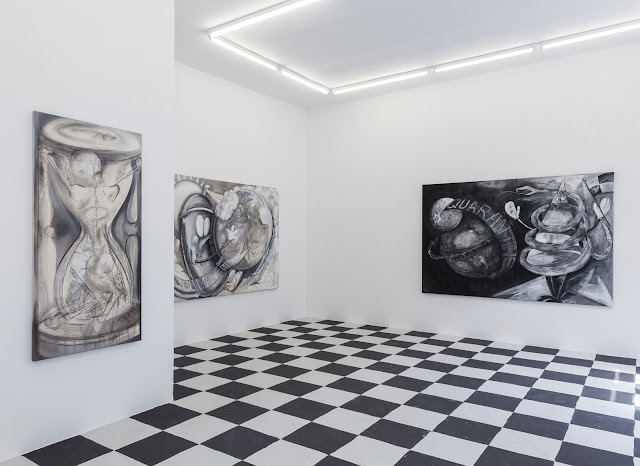 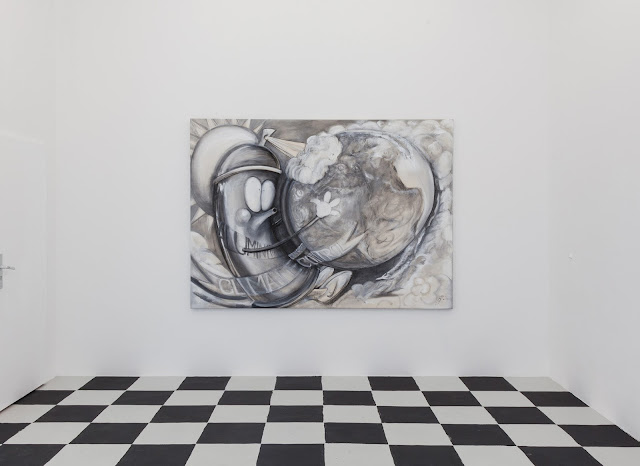 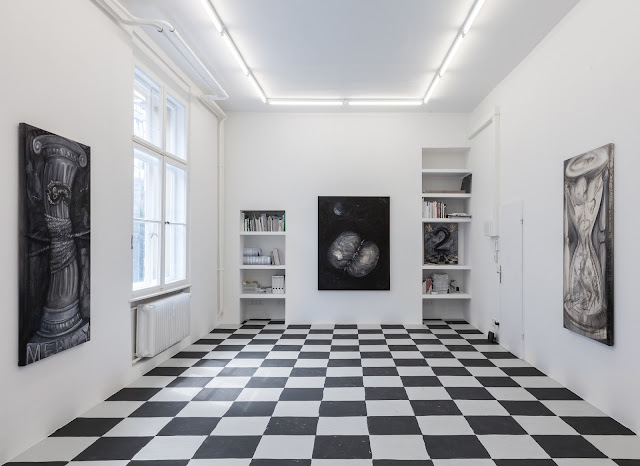 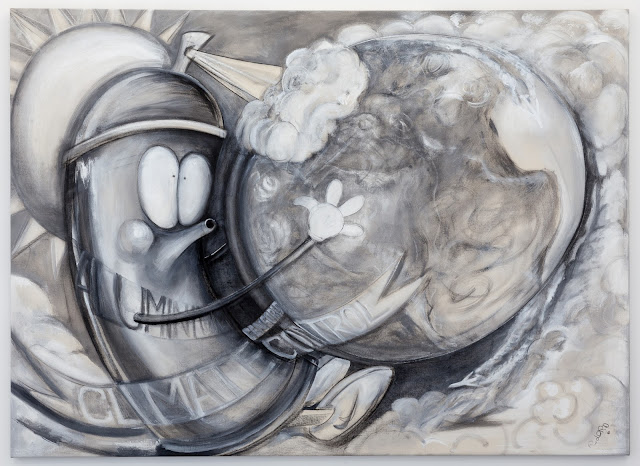 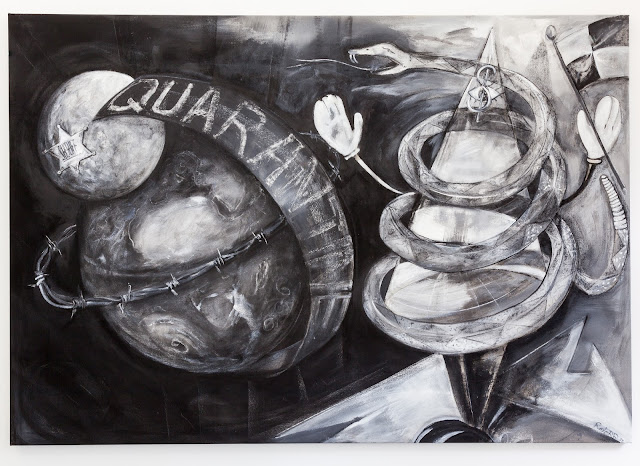 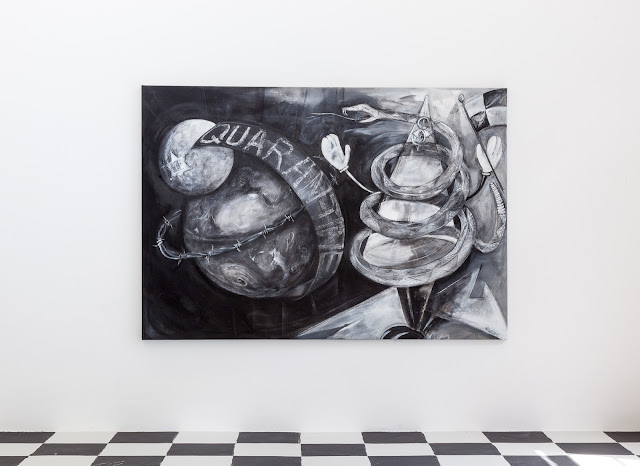 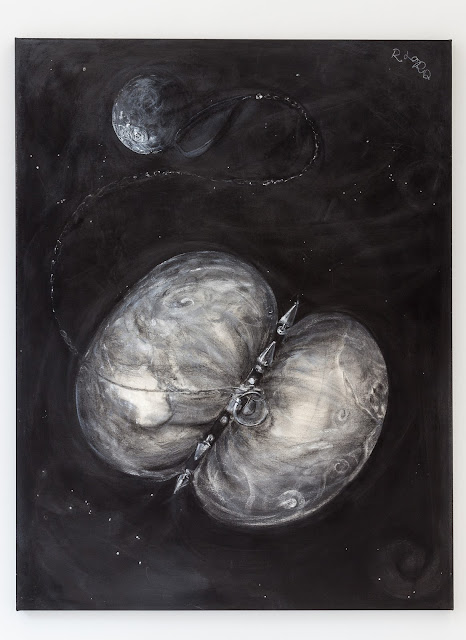 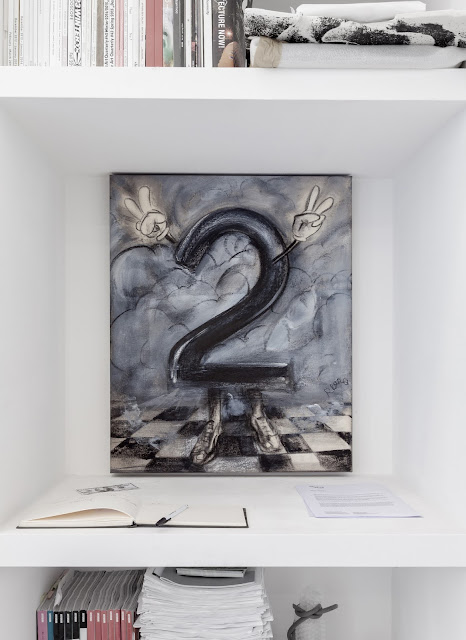 The Composing Rooms is honoured to present the frst solo exhibition of R.Lord outside of L.A. Safeworld, comprising several paintings from a new series of work of charcoal and gesso directly onto unprimed canvas.

The large greyscale works, with titles such as: Quarantine: Earth and The Politician have been constructed from R.Lord’s own sketches, without photo reference. This series, devoid of traditional painting methods; of perspective, vanishing point, colour and texture, are to the artist, just as much drawings as they are paintings.

Bearing minor resemblance to left-feld cartoon panels, the paintings in Safeworld draw on conspiracy theories and symbolism of the occult, capturing an air of humour and relevance. The sketch-like quality, render as basic explorations of belief and systems of belief, hypothesises for complex relationships between, for example, elements of our solar system and human ideologies.

“I am attempting to paint the innumerable shades of grey between the poles of spiritual and scientifc discourse, a grey area oft labeled “conspiracy”.”
– R.Lord

R. Lord (1986 Washington D.C, USA) lives in Los Angeles. R.Lord identifes as an american painter, though is also recognised as performer; notably as a main character in many videos by Ryan Trecartin, for whom she has also made paintings as props; in programs curated by curated by Hans Ulrich Obirst; at Zabludowicz Collection, London and the performative painting series ‘Angry Bird Paintings’, 2012, combining the hobby paintings of Bob Ross with the then-trending Angry Birds game characters. Her work has been exhibited in group exhibitions in LA, New York, Berlin and Sydney, Australia, and was included in the New Museum Triennial, ‘Surround Audience’ at the New Museum, NYC in 2015. This is her frst solo exhibition outside of the USA, following her frst solo exhibition ‘Documental’ at Dem Passwords, Los Angeles in 2014.